Posted on February 3, 2021 by benigmatica 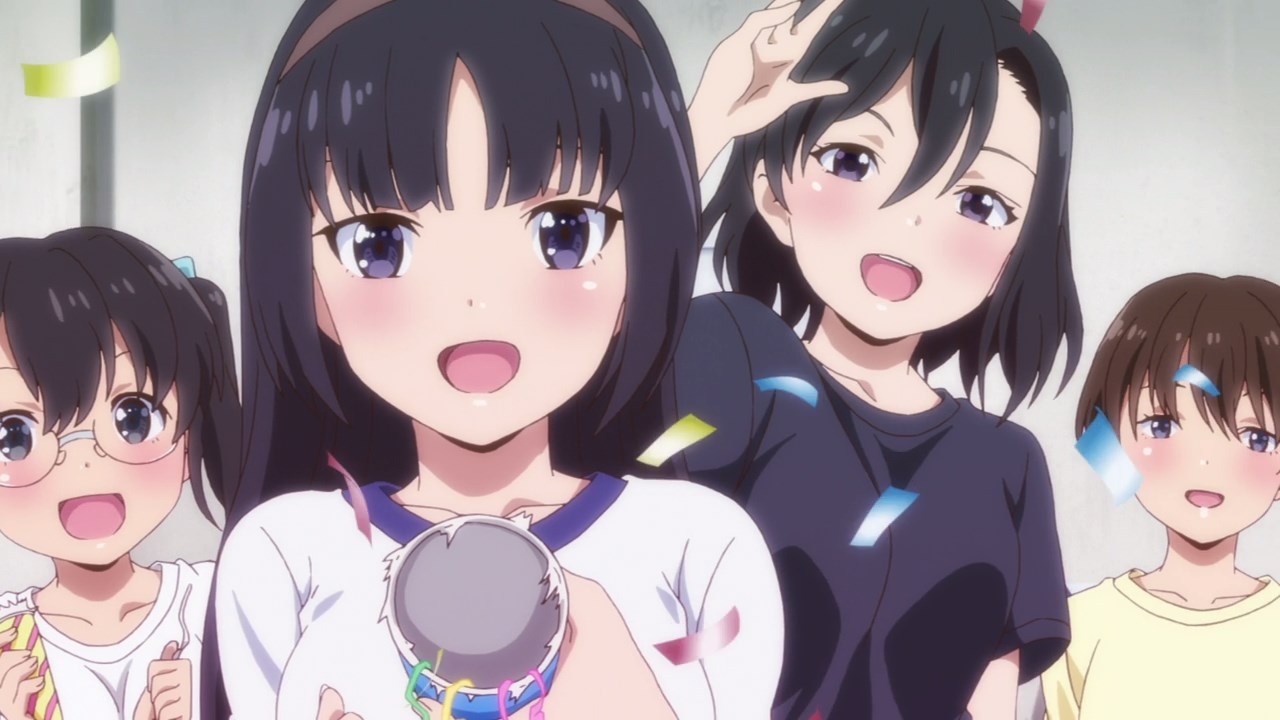 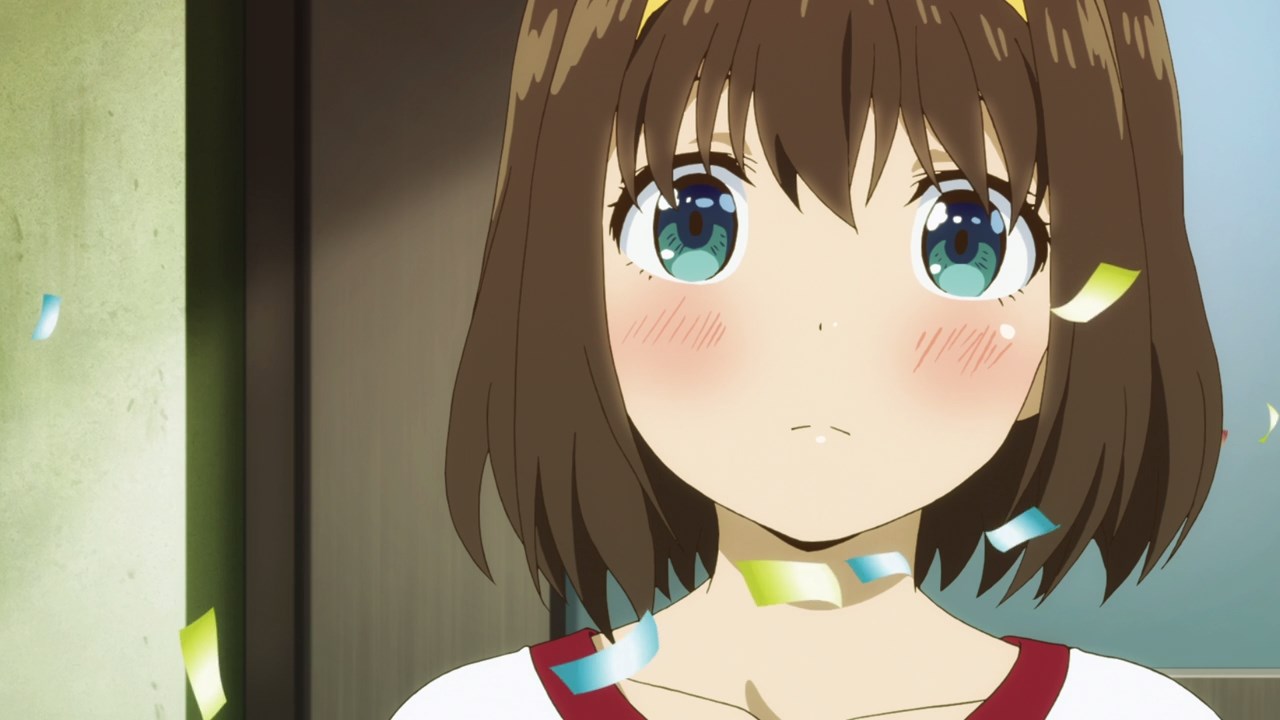 Well everyone, looks like everyone from Alice in Theater are now celebrating Seria Morino’s birthday. Sure that Airi Kagami is the first girl who celebrated her birthday, she doesn’t know that Seria lost her family on the day of the accident. 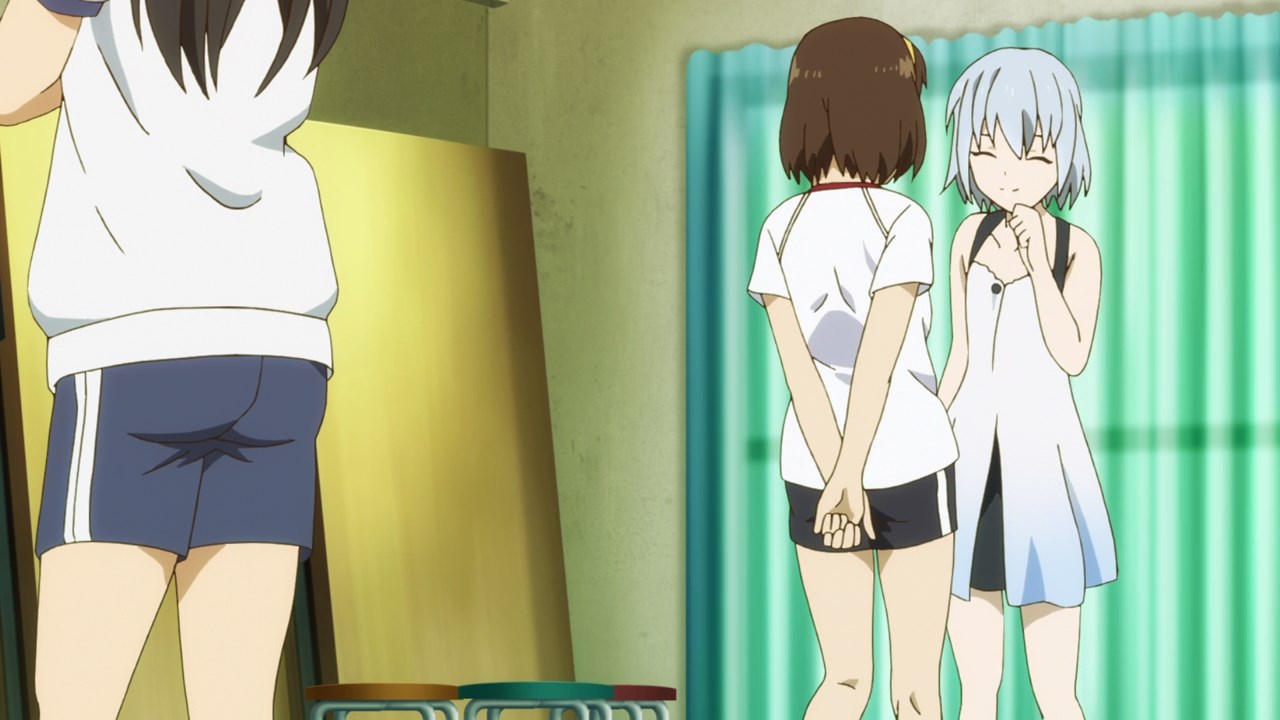 On the other hand, it appears that Seria is now spending her time with Doll in which she named the Act Doll as Alice in honor of her twin-sister. 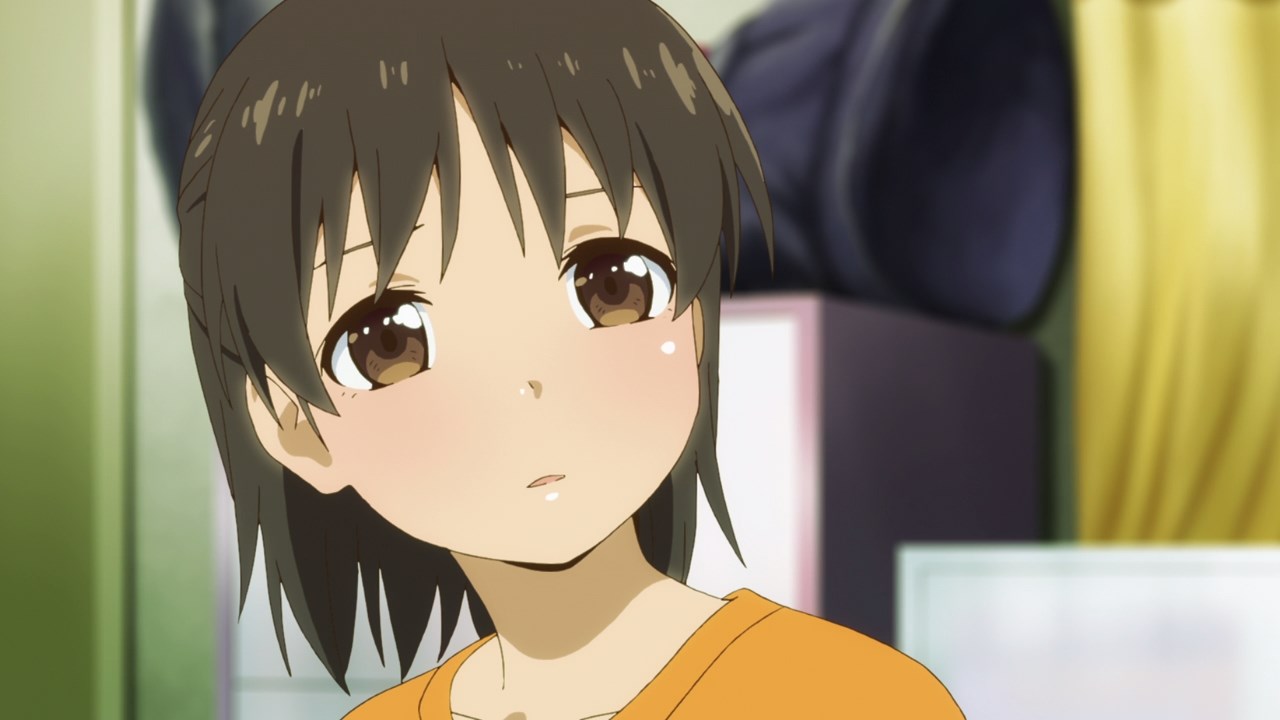 For Airi Kagami, she’s concerned that Seria Morino is starting to ignore her after Airi kissed Seria on the previous episode. C’mon, Seria won’t like being kissed by somebody. 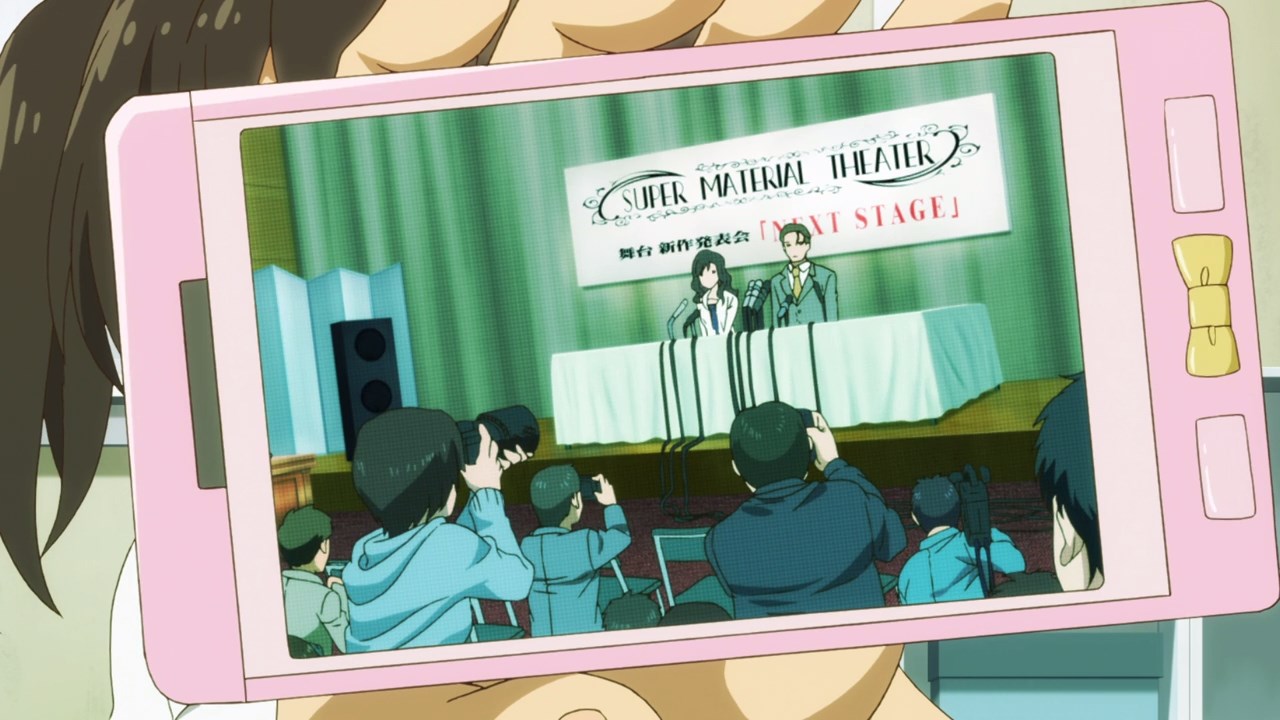 Meanwhile, it appears that Alice in Theater got some bad news where Jinguji-san signed a contract to Super Material Theater. Ugh, I knew this would happen.

Oh and to rub salt in their wound, Hirokazu Takezaki declared that SMT created the Gekidol concept. Okay Hirokazu, I think you should steal everything from Alice in Theater ’cause you’re spying on them! 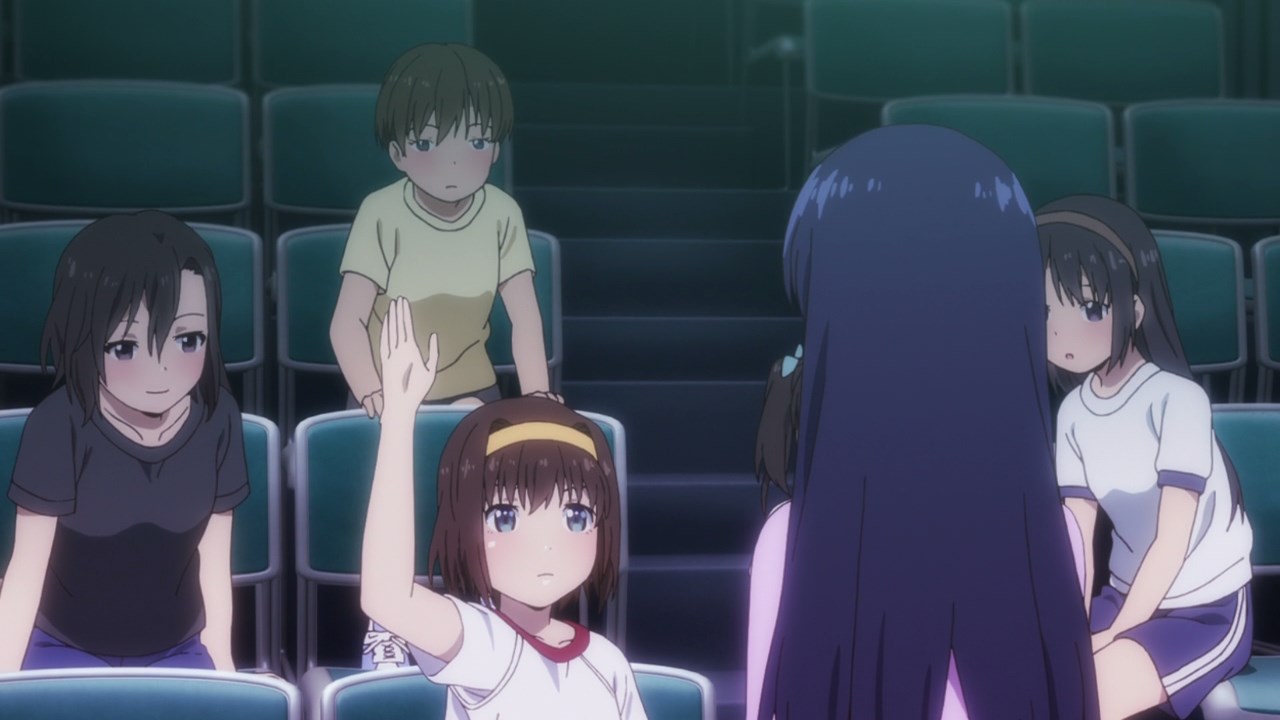 In any case, they need to come up with a last-minute replacement but it appears that Seria Morino got an idea. 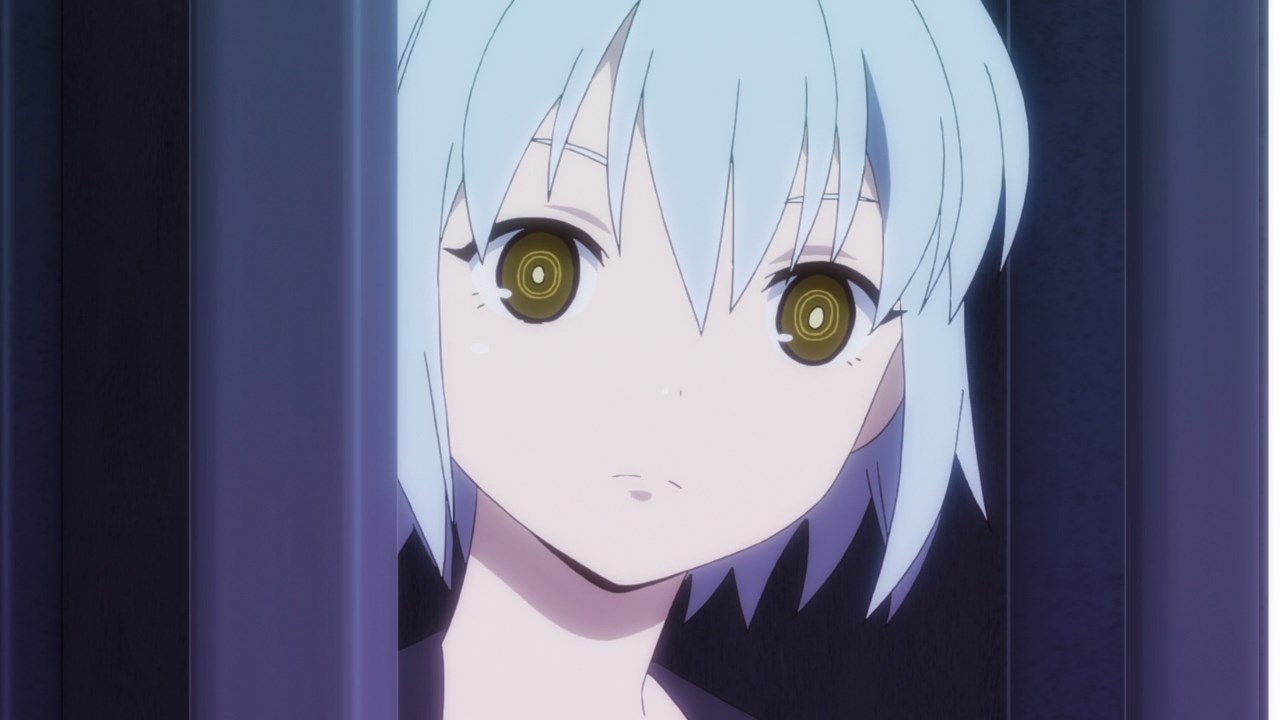 Turns out that she wants Alice to play the lead in “Alice in Deadly School” since she can deliver the lines perfectly. 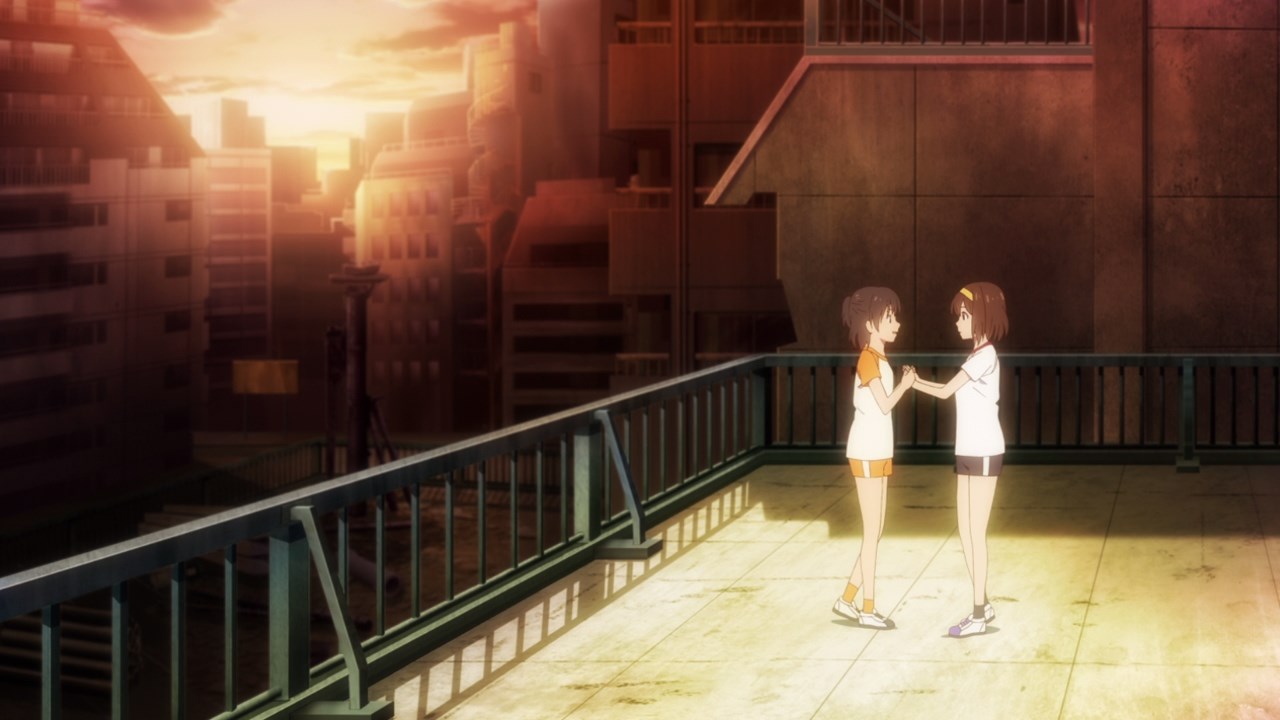 However, Airi Kagami wants Seria Morino to play the lead role instead of Alice as she wants Seria to aim higher. Besides, Alice is just an Act Doll after all. 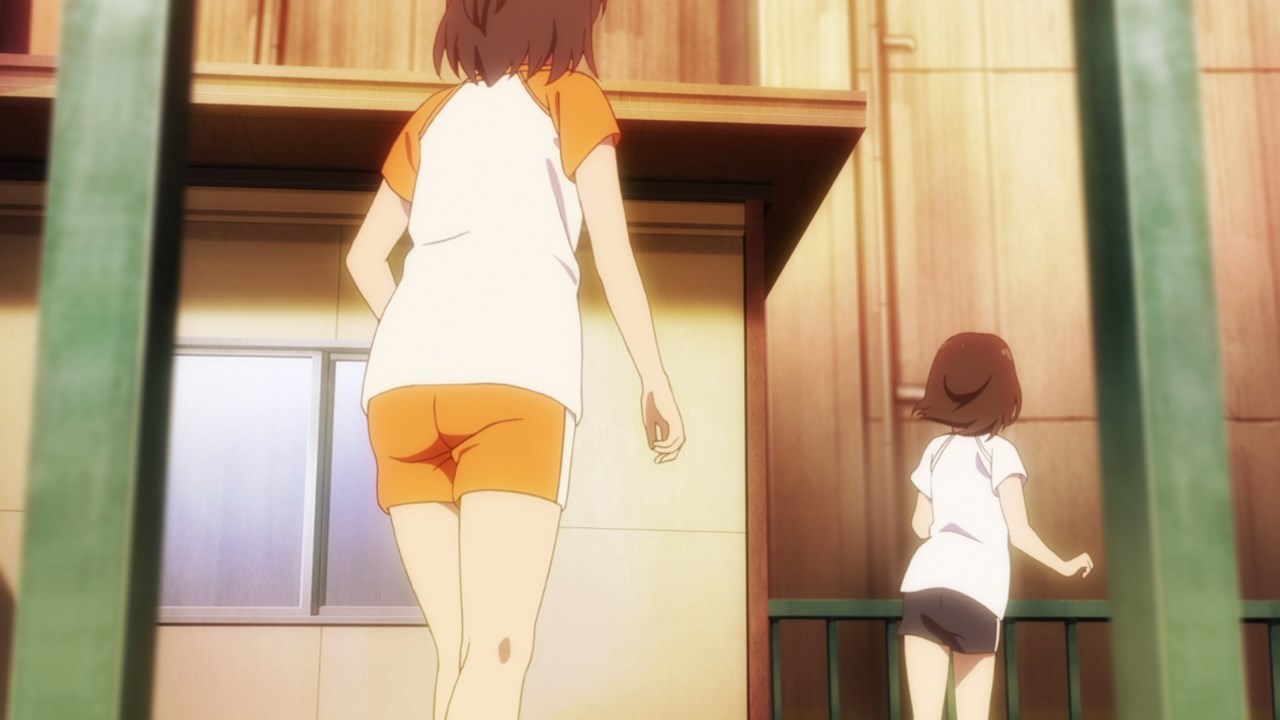 Of course, Seria doesn’t want Alice being called as just an Act Doll as she lashes out at Airi and run away.

You know something, I think Seria Morino still misses her twin-sister to the point that she renamed Doll as Alice. 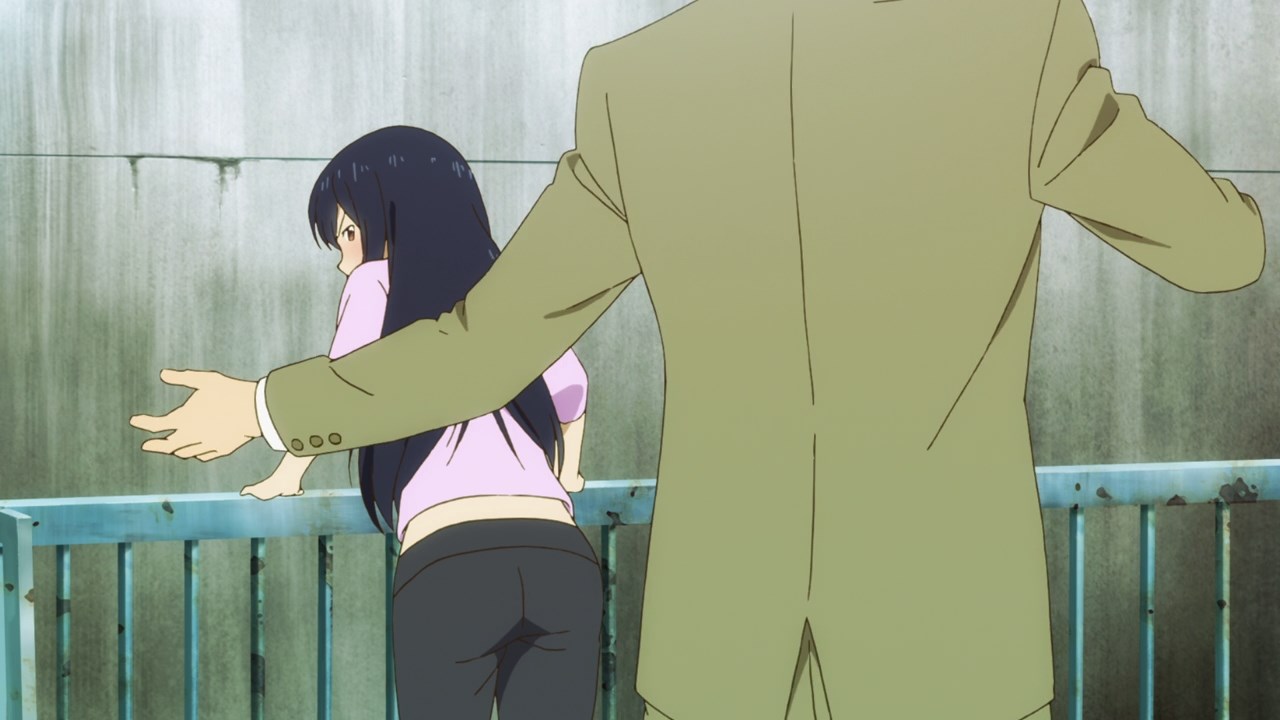 Moving onto the next scene where Hirokazu Takezaki appeared at Alice in Theater. What a fucking bastard he is for showing up after stealing everything, from Izumi Hinazaki to the Theatrical Material System. 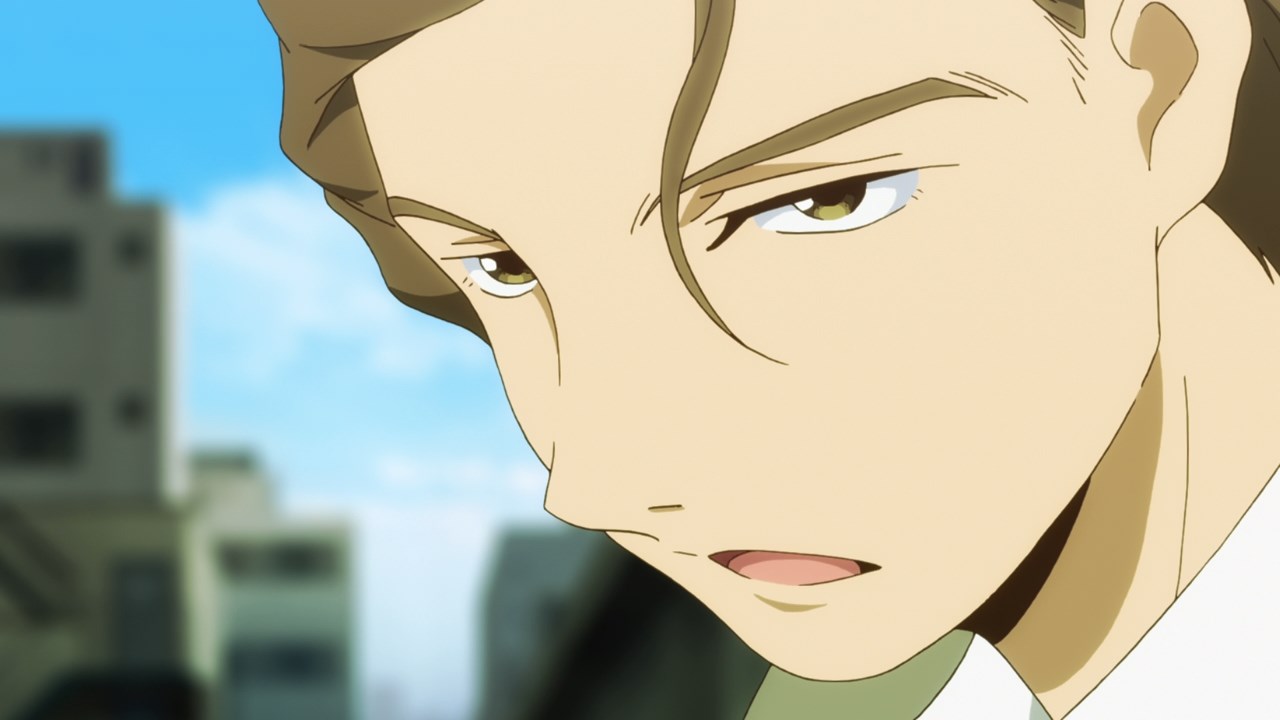 Of course, he wants to claim the Act Doll in order for Super Material Theater to reach global success. Okay Hirokazu, your greed knows no bounds. 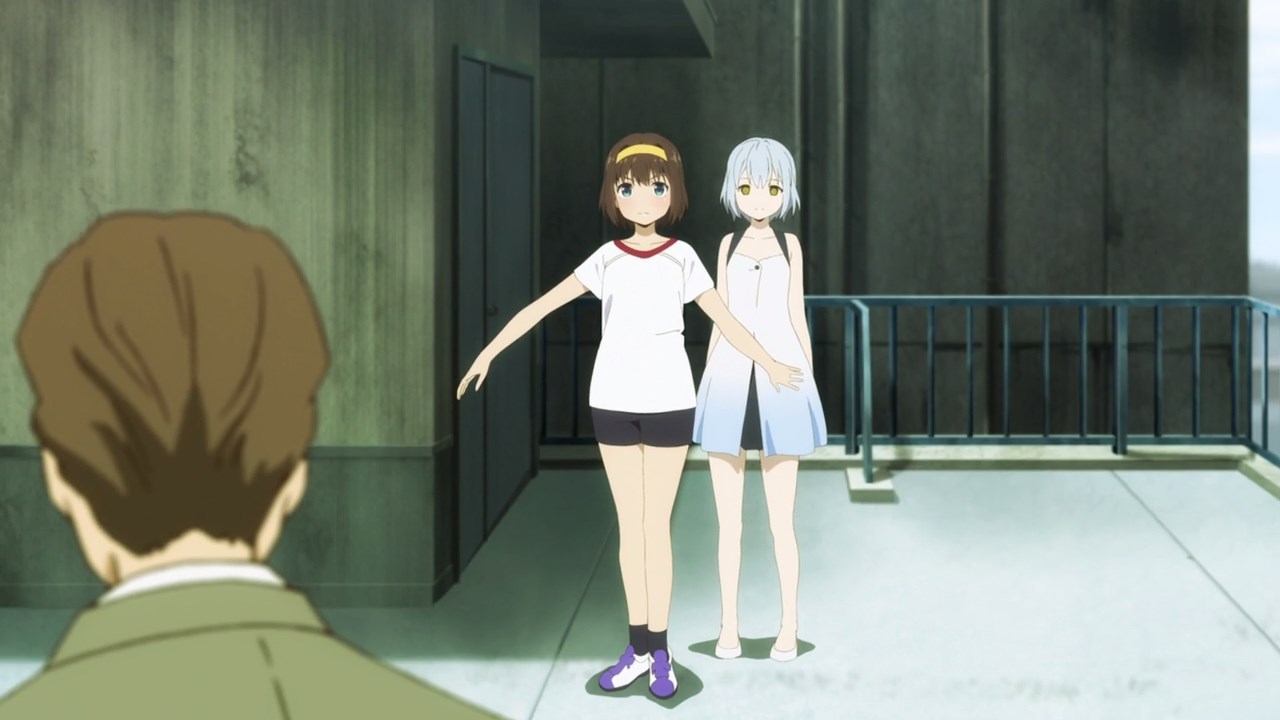 However, there’s Seria Morino where she doesn’t want Takezaki-san getting his hands on Alice. C’mon, he’s a creepy asshole who only wants to achieve success at the cost of everybody! 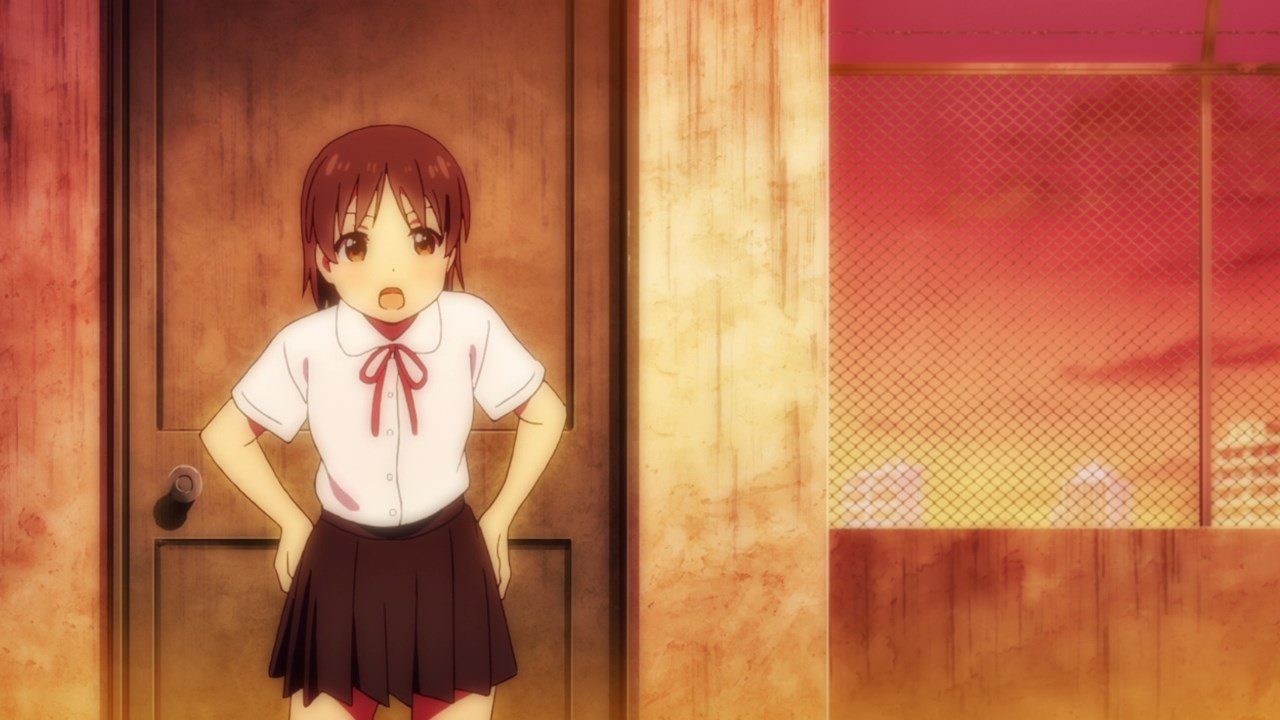 But let’s move onto the “Alice in Deadly School” stage play where it went smoothly thanks to Alice playing the lead role as Yuu. 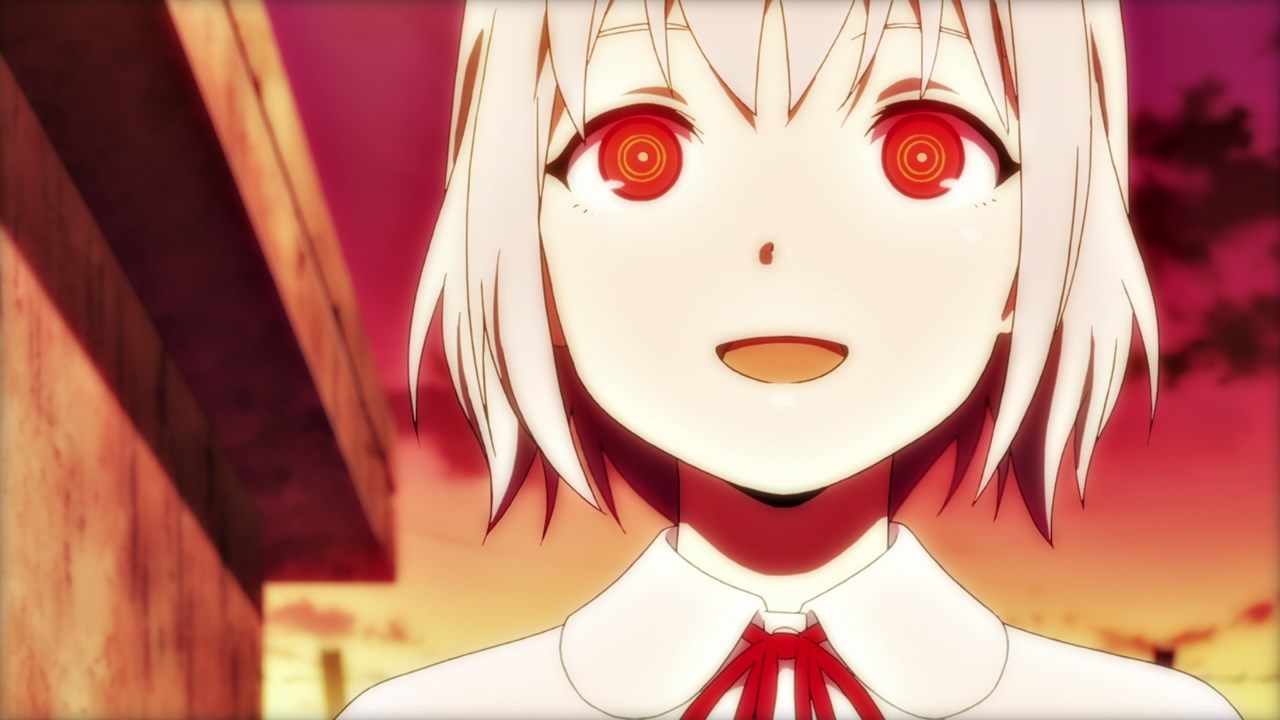 Speaking of Alice, her eyes are glowing red despite delivering the lines perfectly. Is it me or Alice looked creepy today? 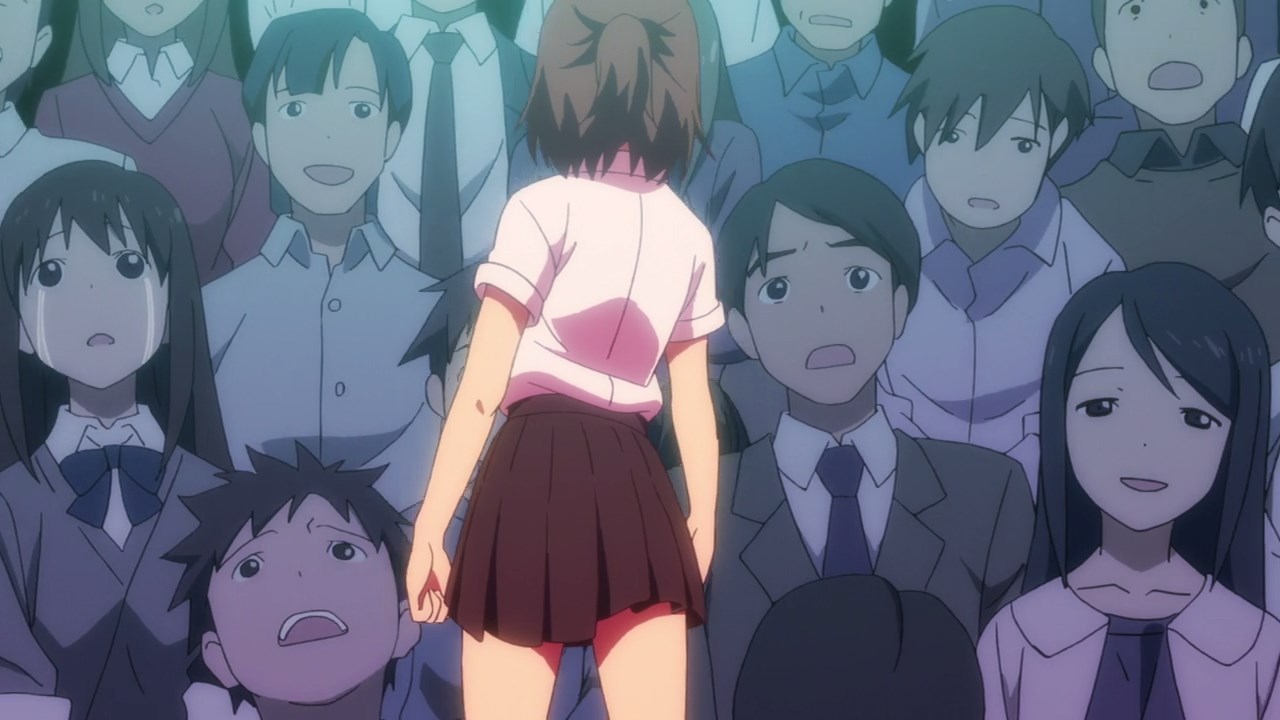 On the other hand, the audience reaction is mixed where they’re either laughing uncontrollably or feeling depressed upon watching the stage play. Could it be that the TMS is acting strangely on this occasion?

Still, I’m hoping that the stage play is a success for Alice in Theater ’cause they really need to stay afloat against Super Material Theater. 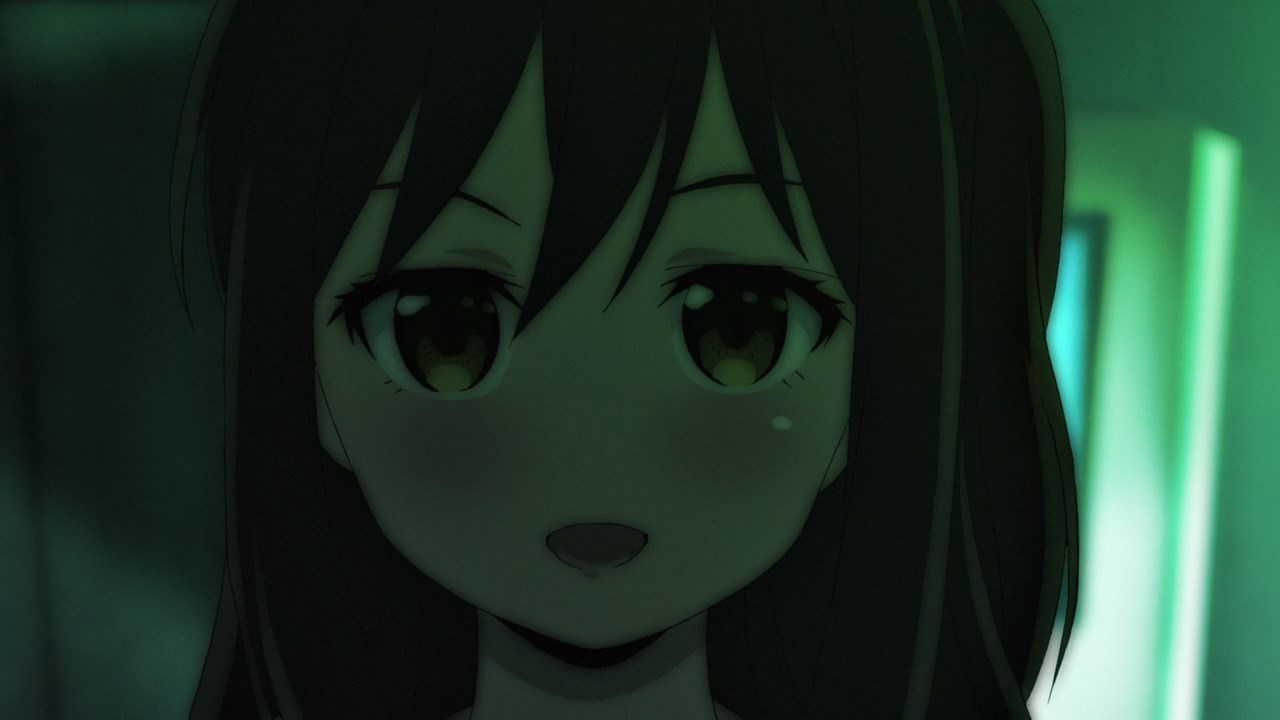 One last thing, it appears that Izumi Hinazaki unexpectedly appeared in Alice in Theater as she really wants to see Airi Kagami. 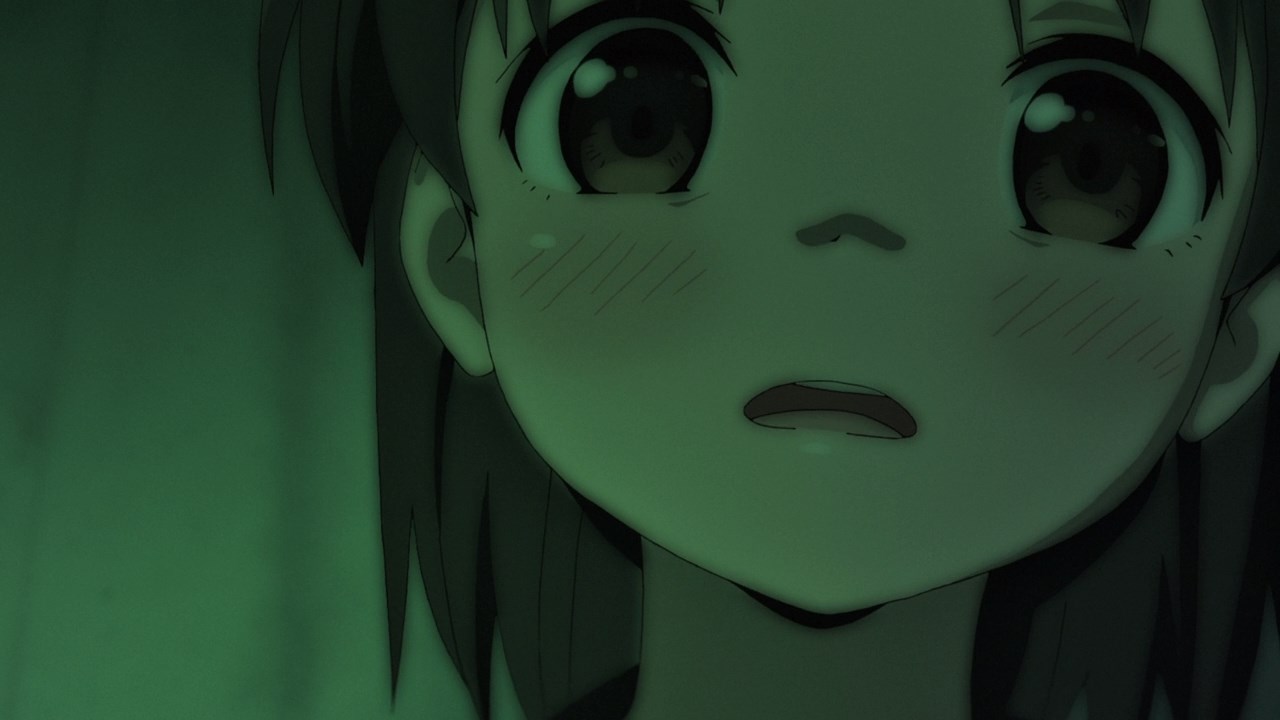 For Airi Kagami, there’s no way her friend will appear like that because c’mon, the real Izumi is busy for the next stage play. 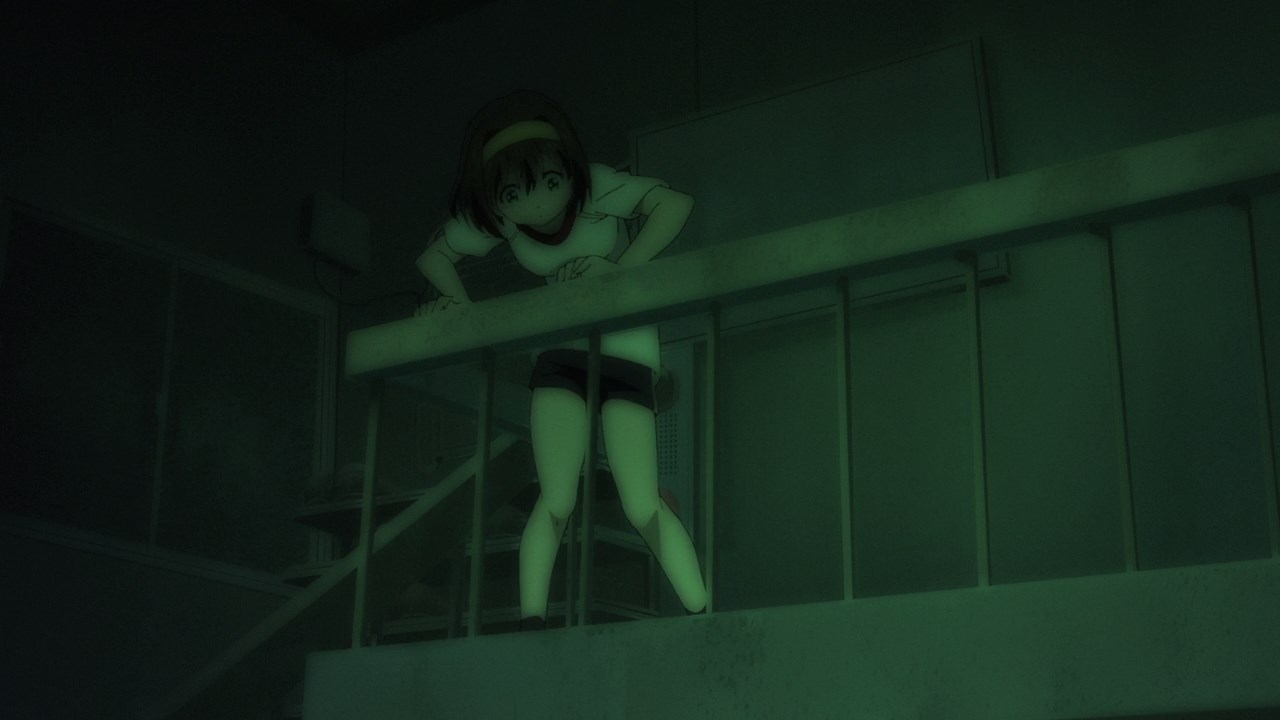 Meanwhile, here’s Seria Morino where she followed Airi Kagami because Seria is worried about her fellow actress.

Of course, I wonder if Seria is still mad over Airi because she called Alice as a Doll? 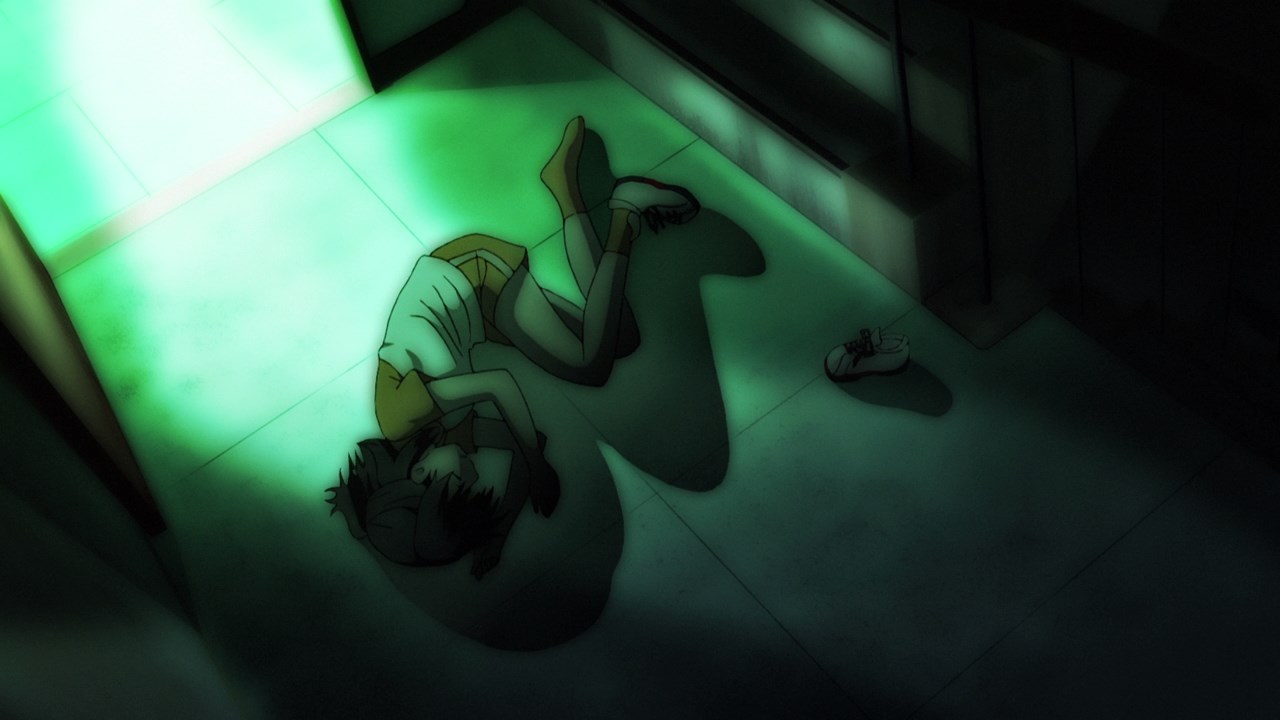 Unfortunately, Seria saw Airi having a leg sprain after falling off the stairs. Oh boy, this is not good. 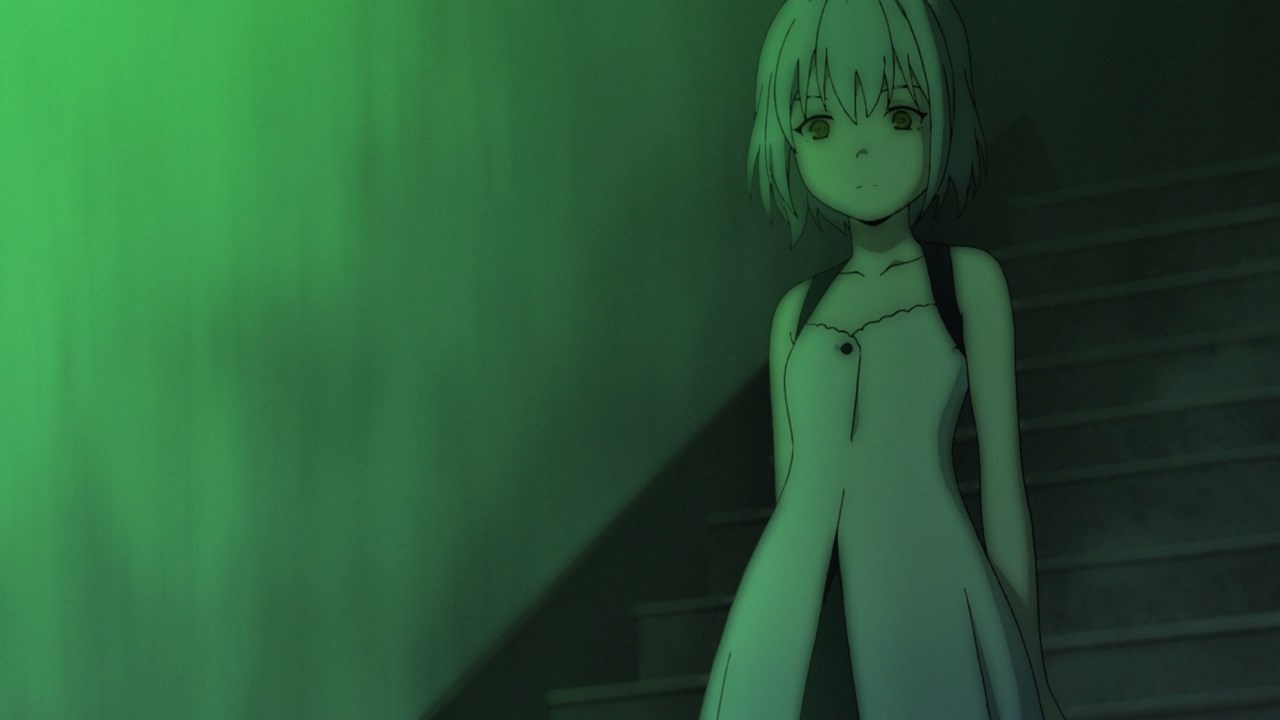 Not only that, but it appears that Alice is standing over Airi. Wait a minute, could it be that Alice transformed into Izumi Hinazaki just to lure Kagami? There’s no way this Act Doll will do that!

But you know something, I feel that Alice is starting to become self-aware and dangerous ever since Seria gave this Act Doll a name. And while Hirokazu Takezaki wants to claim the Act Doll for his ambition, I think it’s not easy to control Alice as the Act Doll might destroy his troupe if she goes haywire.

Anyways, tune in next time where I’m hoping that Airi Kagami is okay. Would it be bad if one actress is out due to injury.