Posted on February 5, 2021 by benigmatica 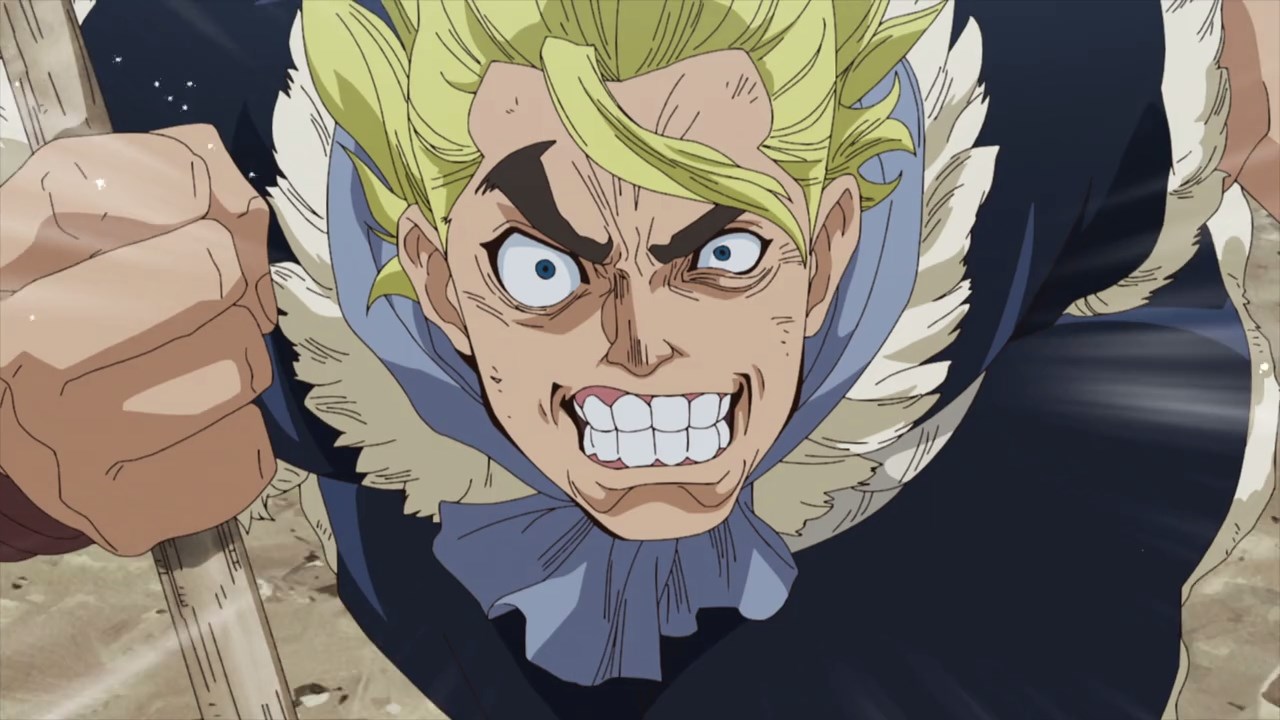 Oh yes, here’s Magma where instead of running away, he decides to find and kill Ukyo Saionji. C’mon, that’s the only way to stop a person who has exceptional hearing. 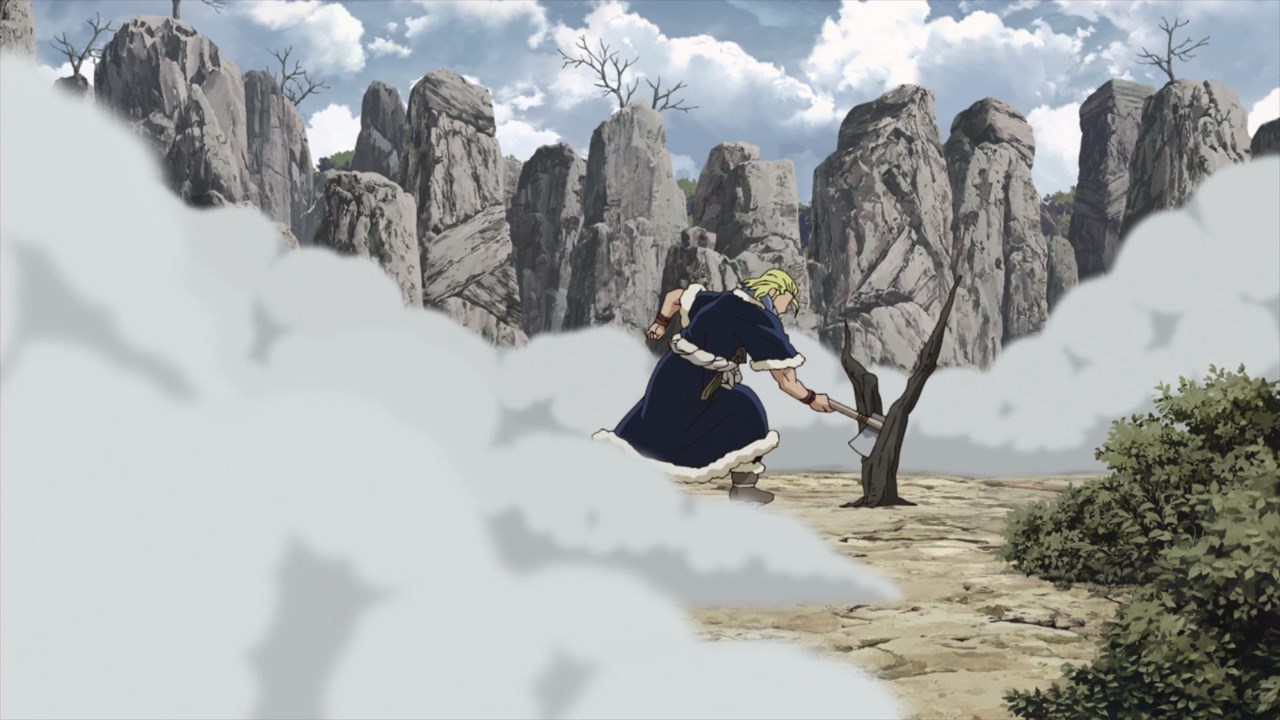 Except that Magma can’t even find Ukyo because it turns out that the smokescreen Chrome made turned out be an advantage for Saionji. At this point, fighting Ukyo is impossible. 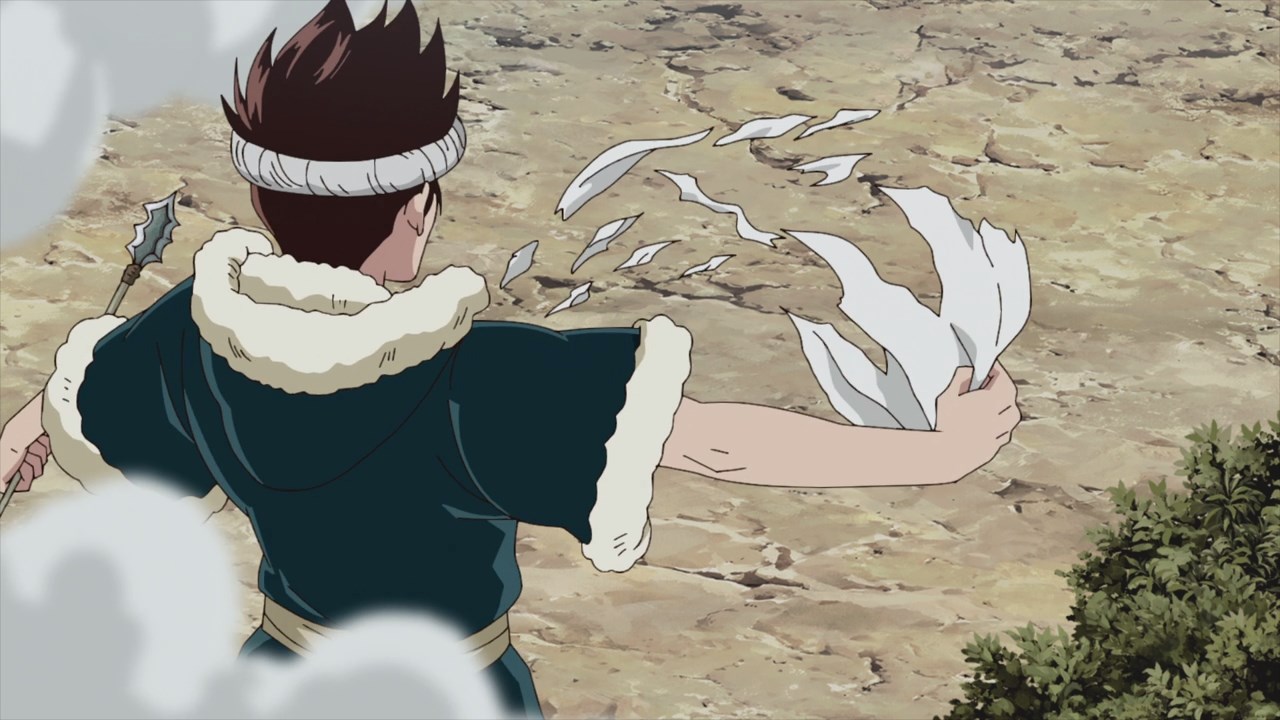 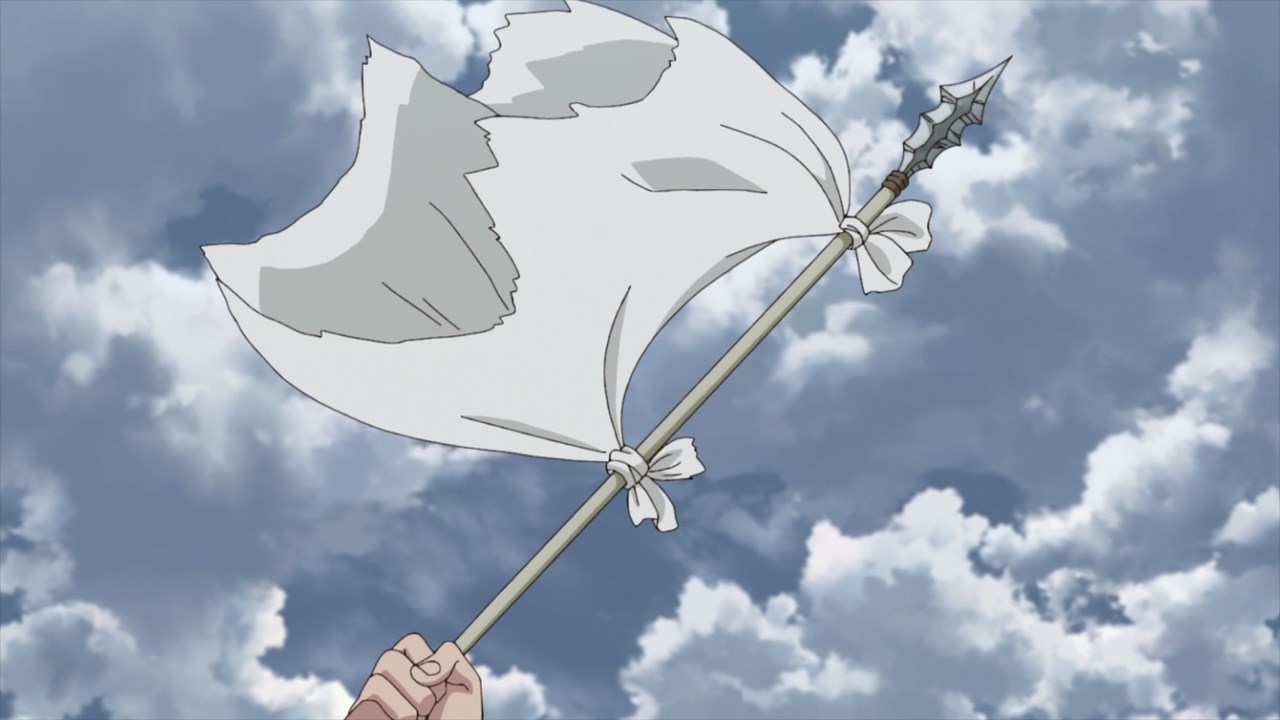 But speaking of Chrome, he decides to create a white flag as Chrome is planning to surrender to the Empire of Might. Not sure it’ll work though. 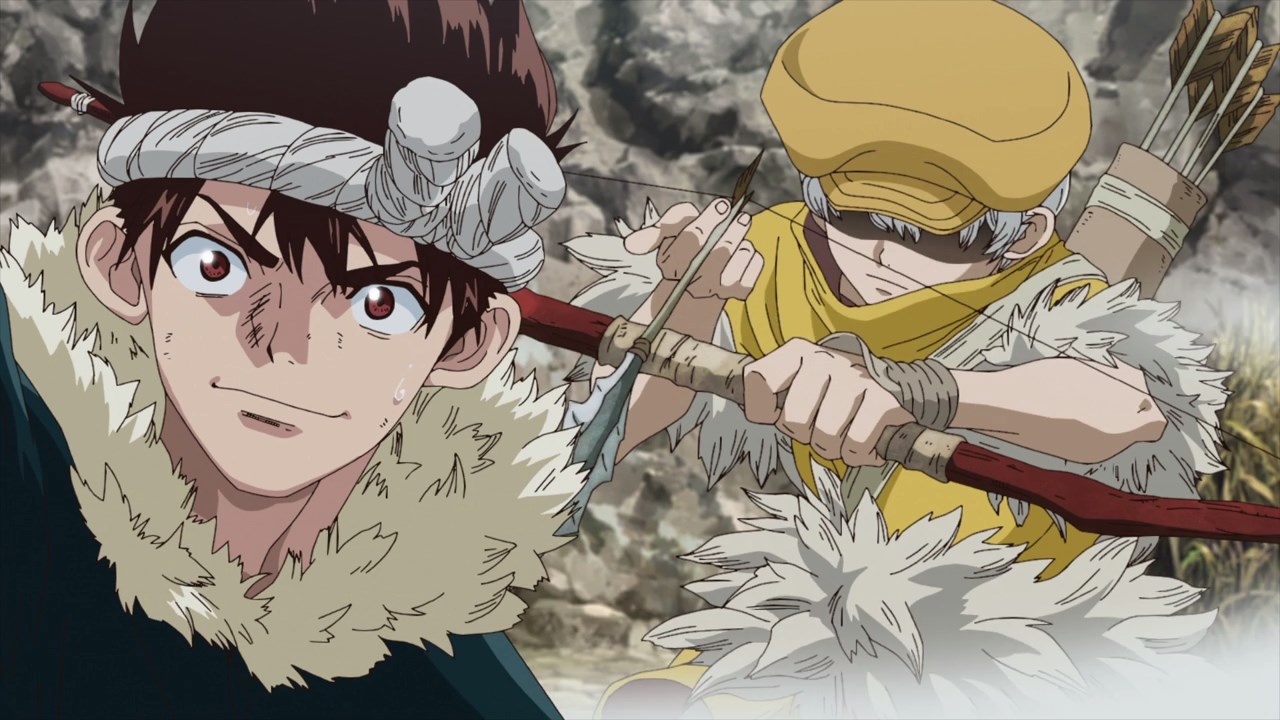 But here’s Ukyo Saionji where this archer is about to shoot Chrome down. No, I don’t want Chrome getting killed by one of Tsukasa Shishio’s men! 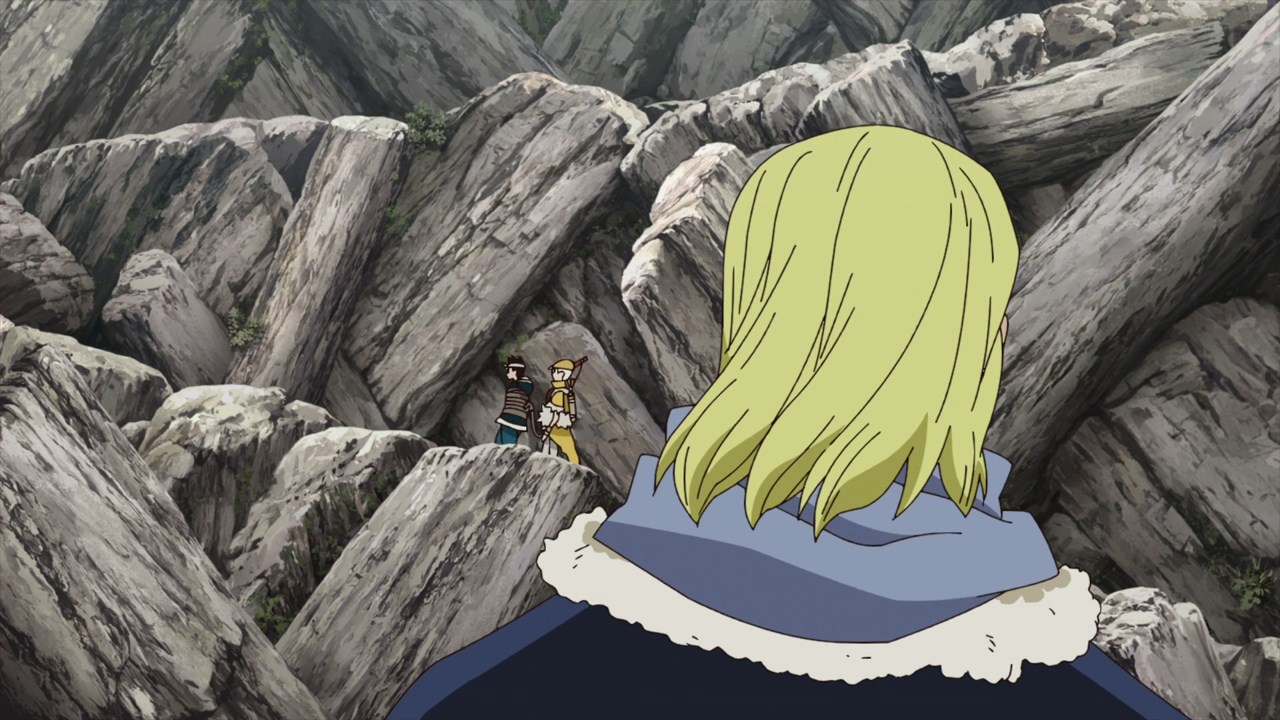 However, turns out that Ukyo captured Chrome without putting up a fight. Even Magma can’t believe it as he run away towards Ishigami Village. 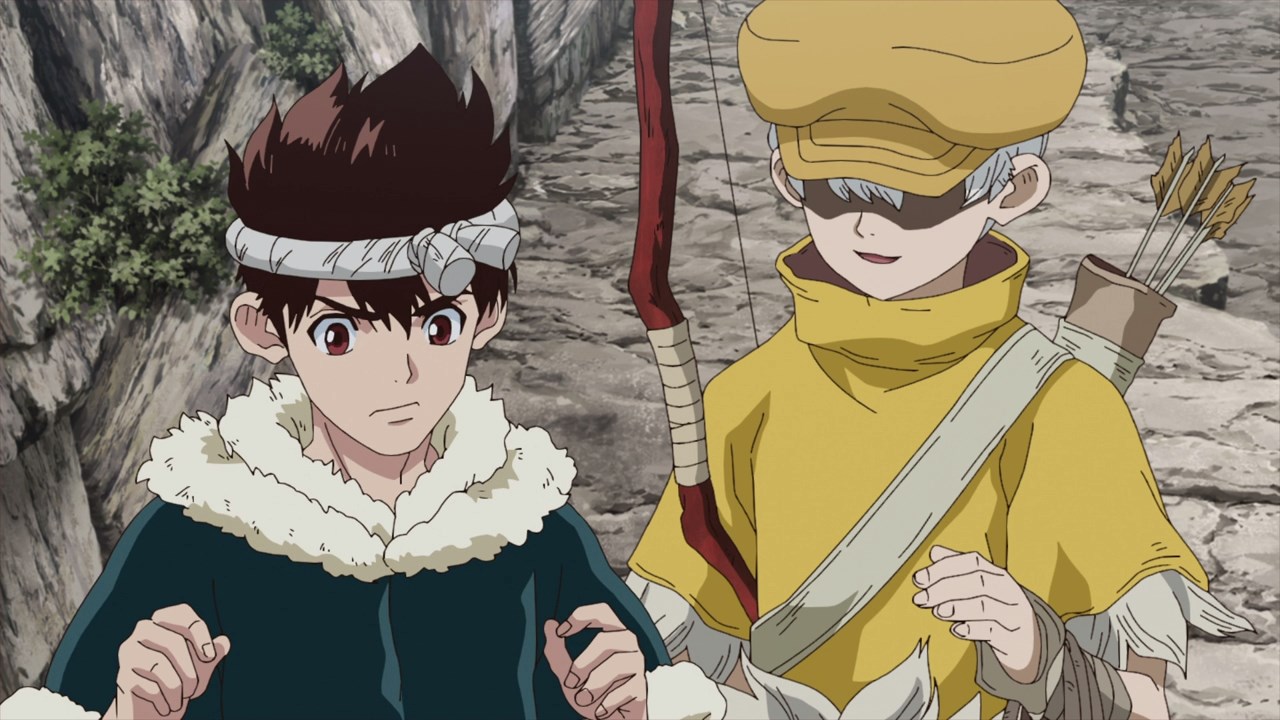 On the other hand, Ukyo Saionji is impressed that Chrome decides to surrender himself ’cause he knows that Ukyo is gonna interrogate him anyway. Of course, he won’t be the one forcing Chrome to spill the beans though. 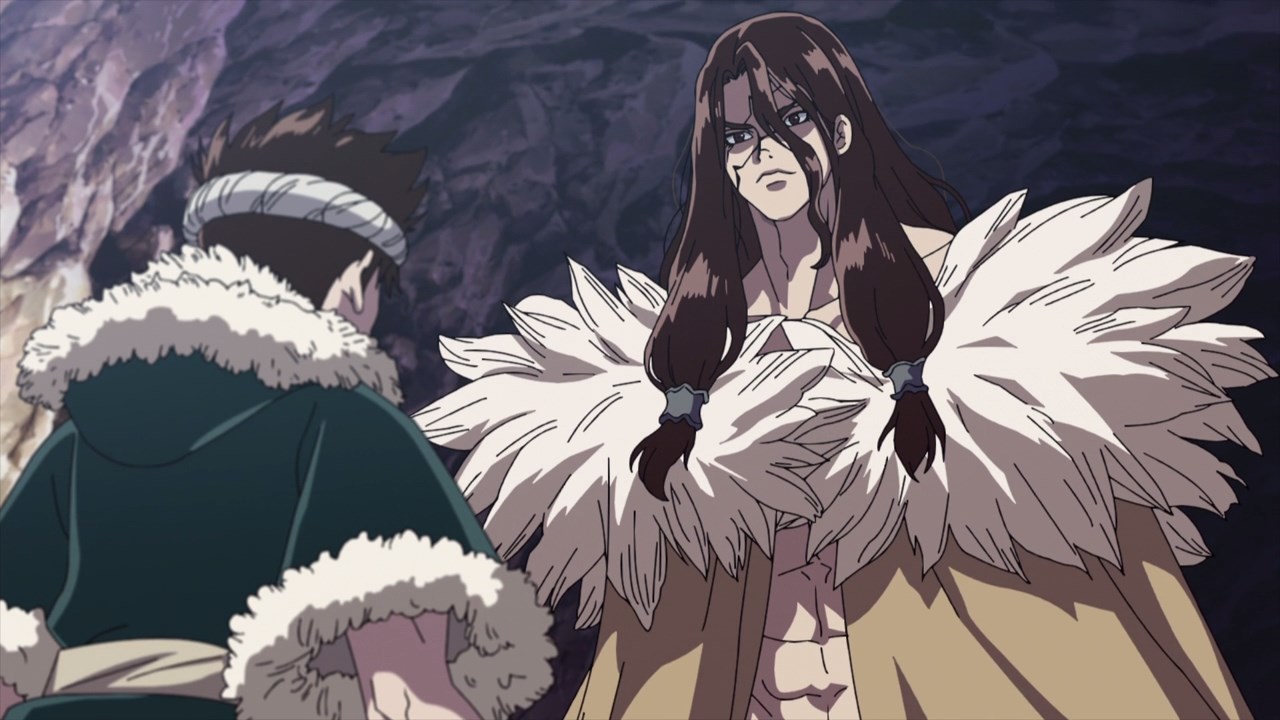 You see, Tsukasa Shishio himself will force Chrome to talk about Senku’s whereabouts. Ugh, looks like Chrome is in danger! 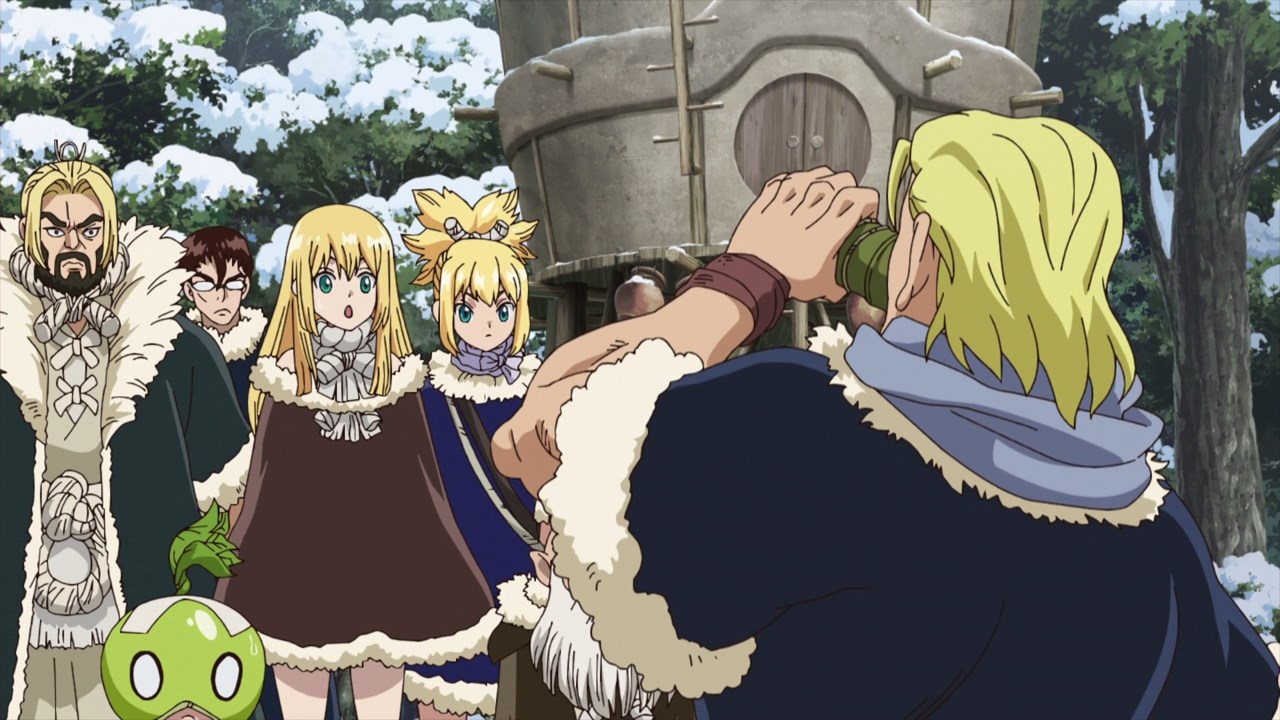 Now then, looks like Magma has safely returned to Ishigami Village where he told everyone that Chrome is captured. 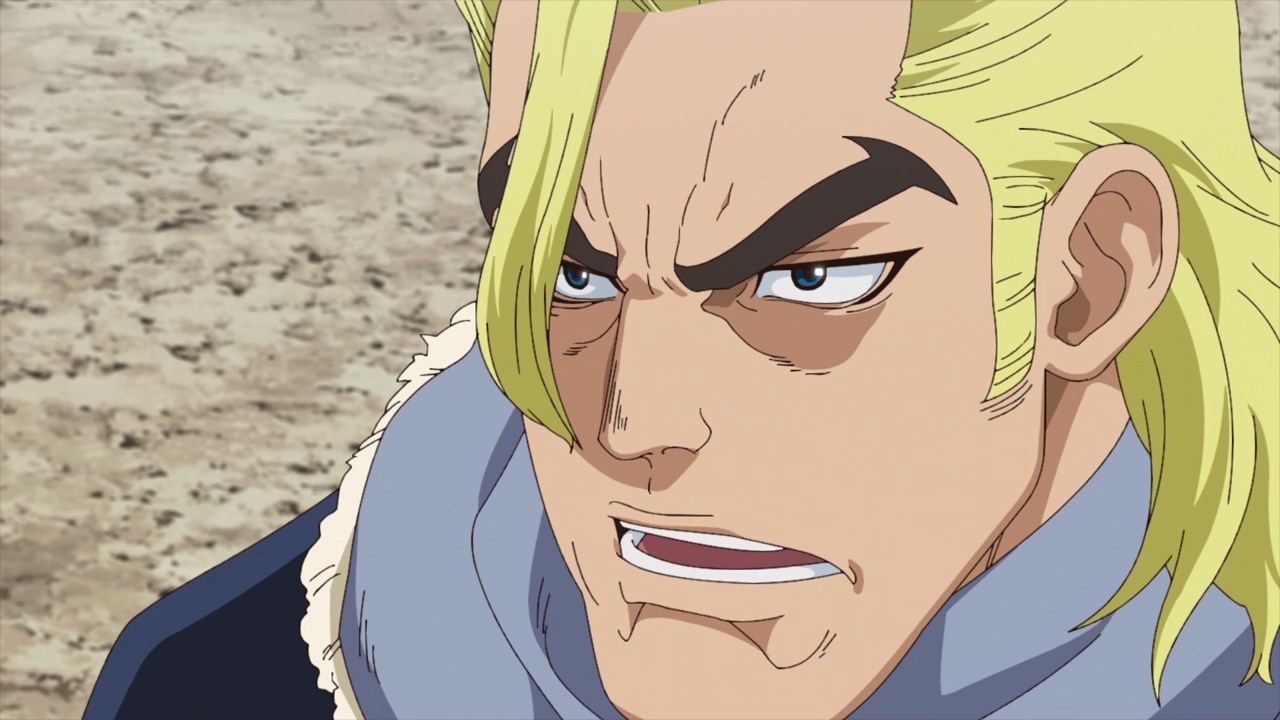 And speaking of Chrome, since he’s basically a protégé to Senku, there’s a chance that Chrome might join the Empire of Might.

In any case, Magma asked Senku on his next plan ’cause he’s itching to get back at Ukyo. Fortunately, Magma got his answer as Senku will commence a full assault. 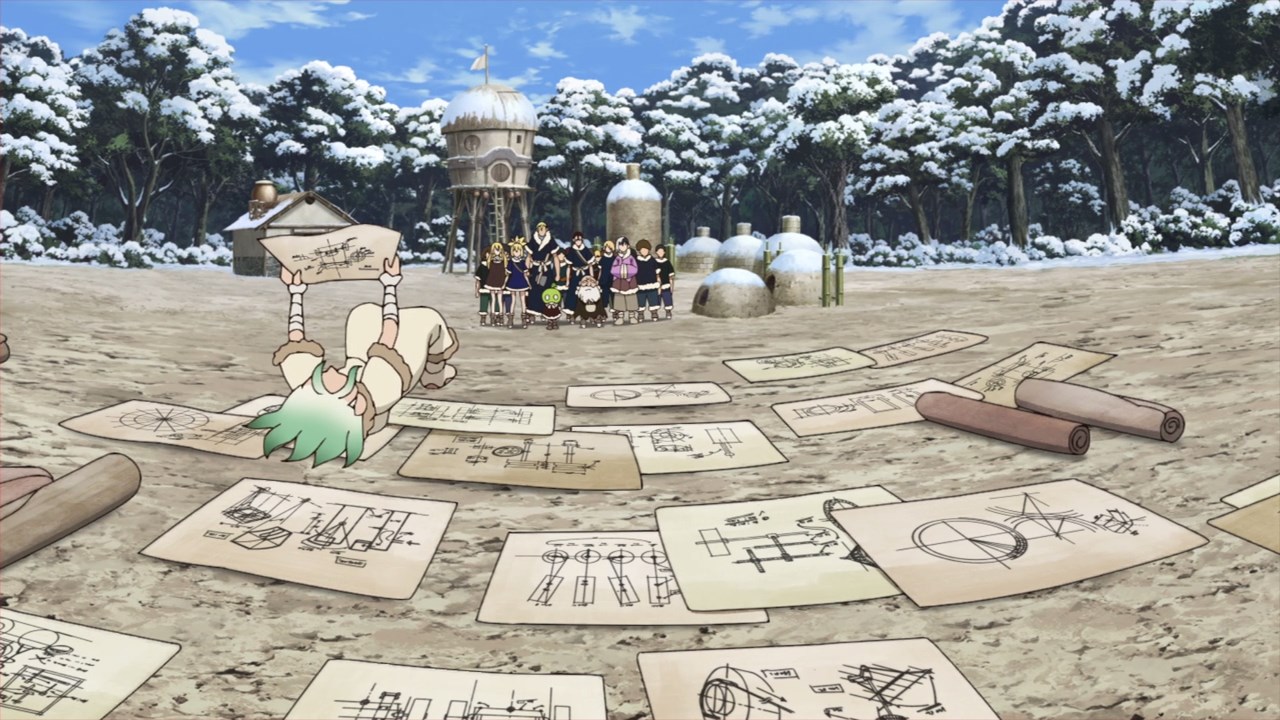 But first, Senku needs to make a machine by harnessing the power of steam. Wait a minute, is he creating a steam engine?

Still, Senku and his team will have to create a machine as soon as possible ’cause I’m scared on what’s gonna happen to Chrome. 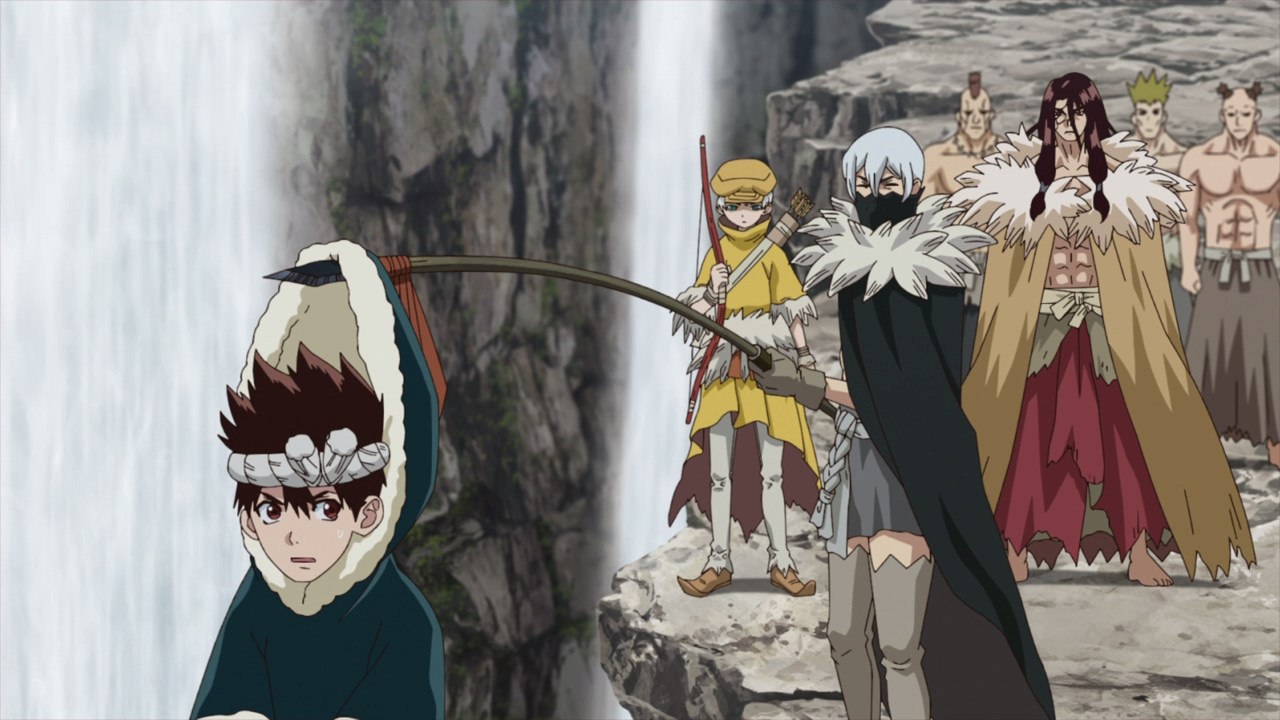 Moving back to Chrome where he’s being interrogated by Tsukasa Shishio and his hand-picked allies.

Of course, Tsukasa will save Chrome’s life if he joined his Empire of Might but if Chrome refuses, Hyoga will drop him down to the waterfall. 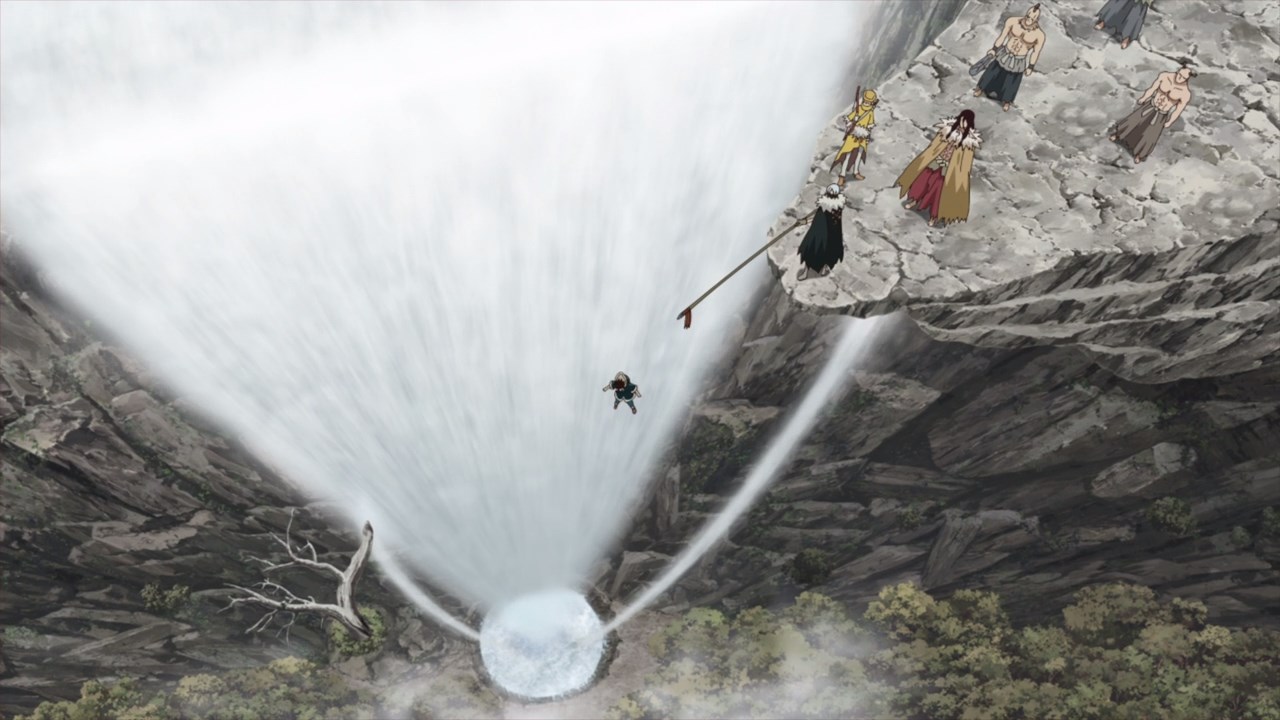 Obviously, Chrome’s loyalty will remain with Senku and thus Hyoga throws him down to his death. Damn, so much for Senku’s protégé. 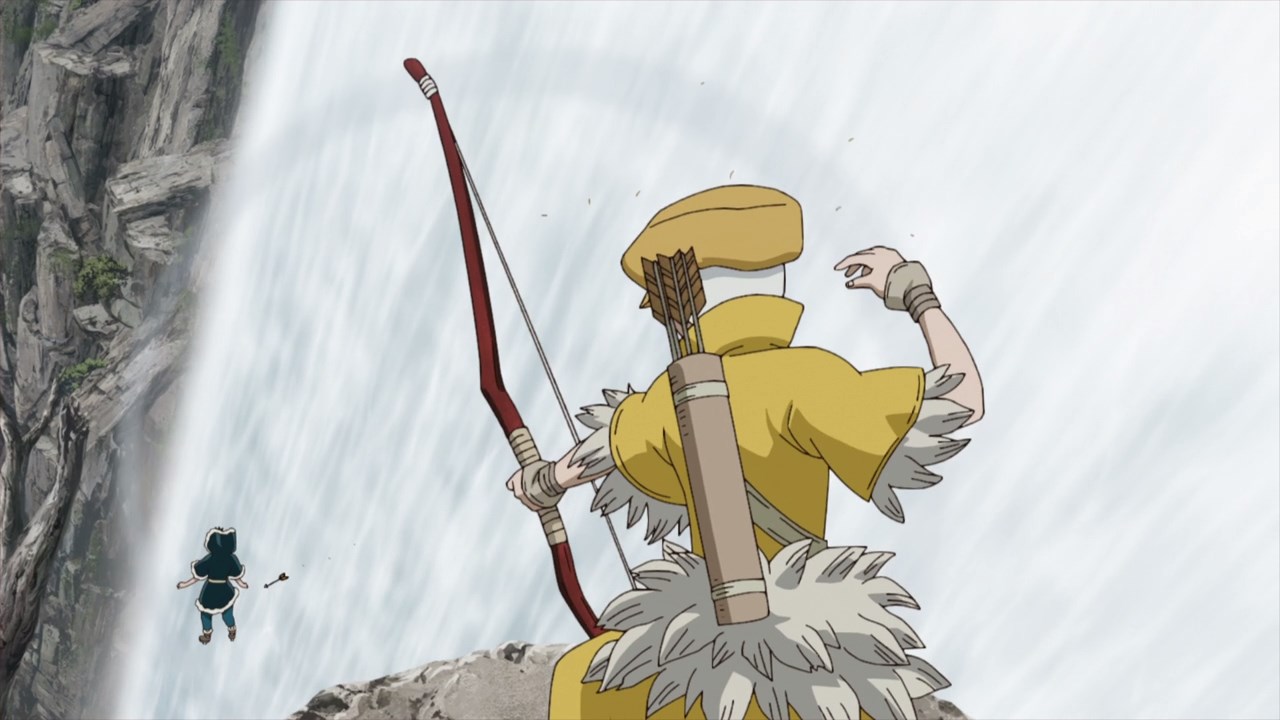 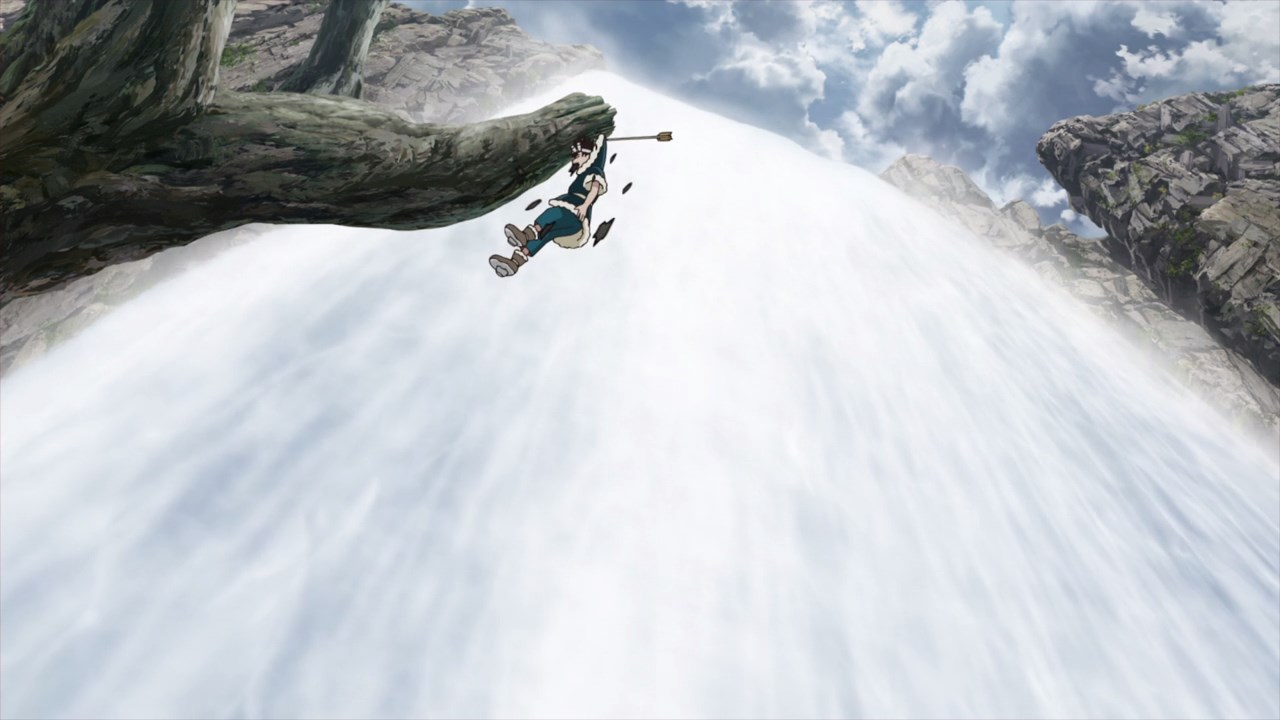 However, it appears that Ukyo Saionji decides to spare Chrome by shooting an arrow towards his clothes and pin him down to a tree. Of course, his arrow won’t last long though. 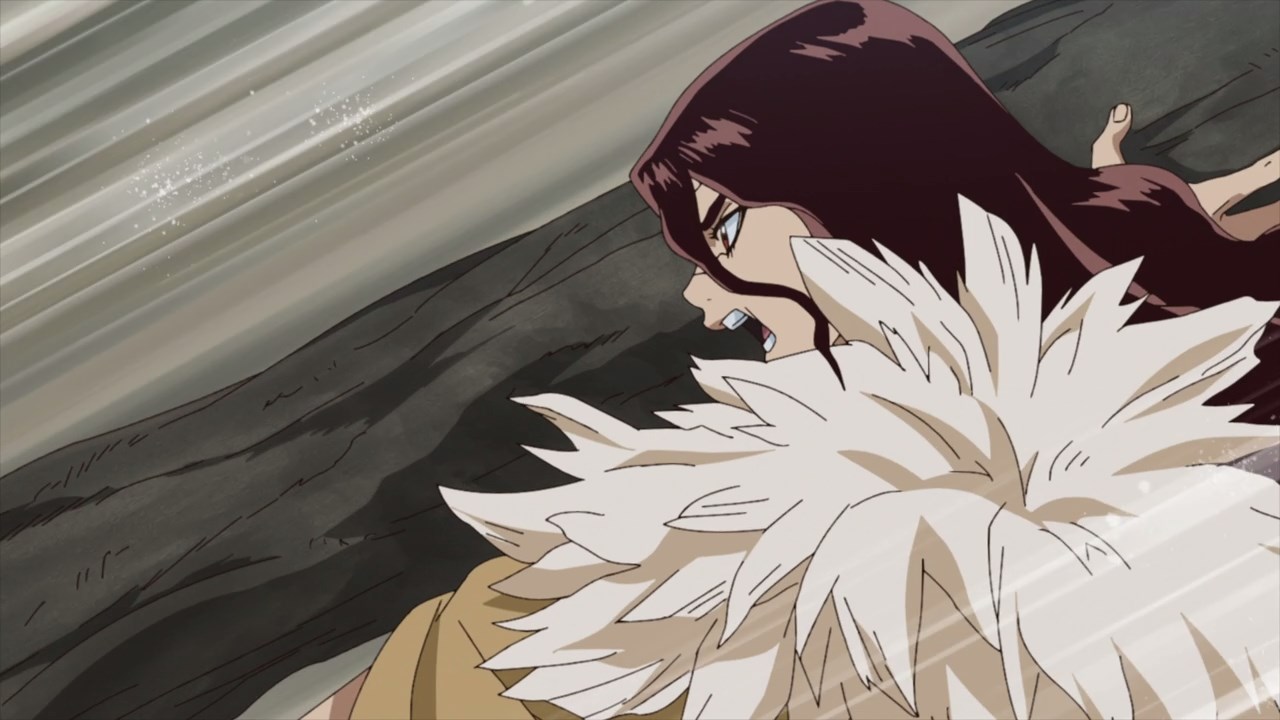 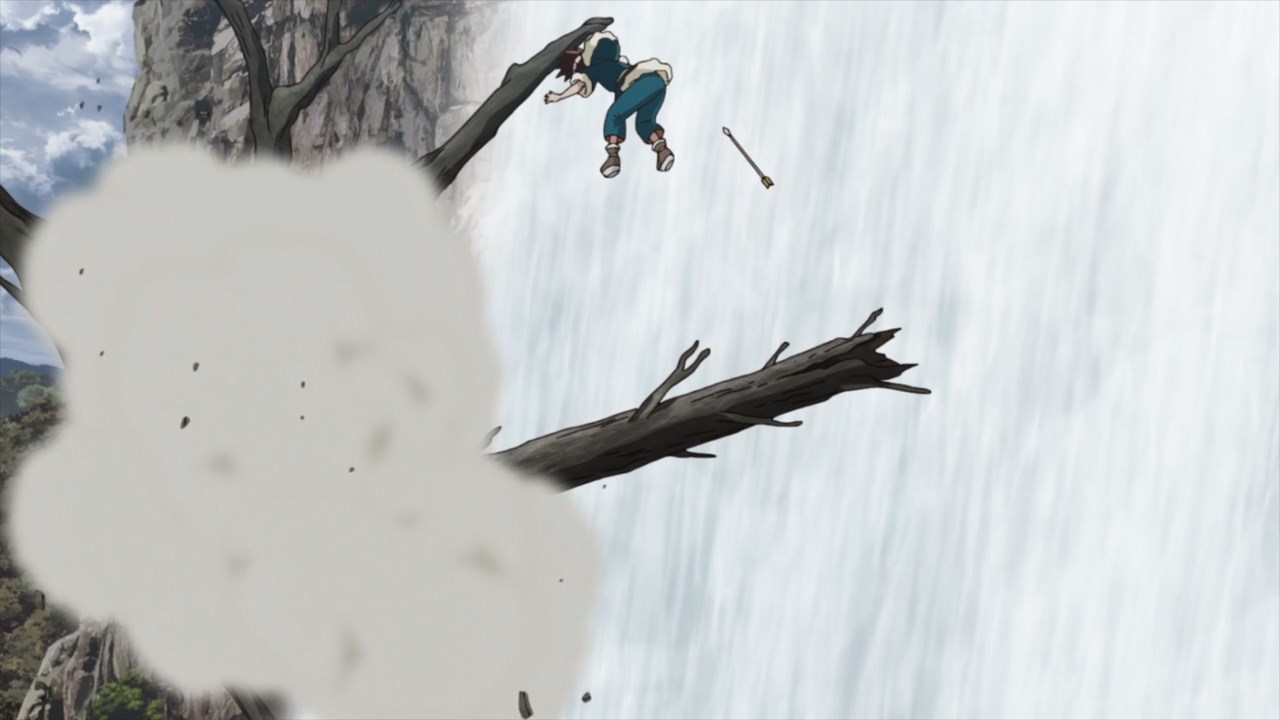 That’s where Tsukasa Shishio throws a tree trunk so that Chrome can safely land on it. Okay Tsukasa, are you sure that it’s the right decision to save Chrome? 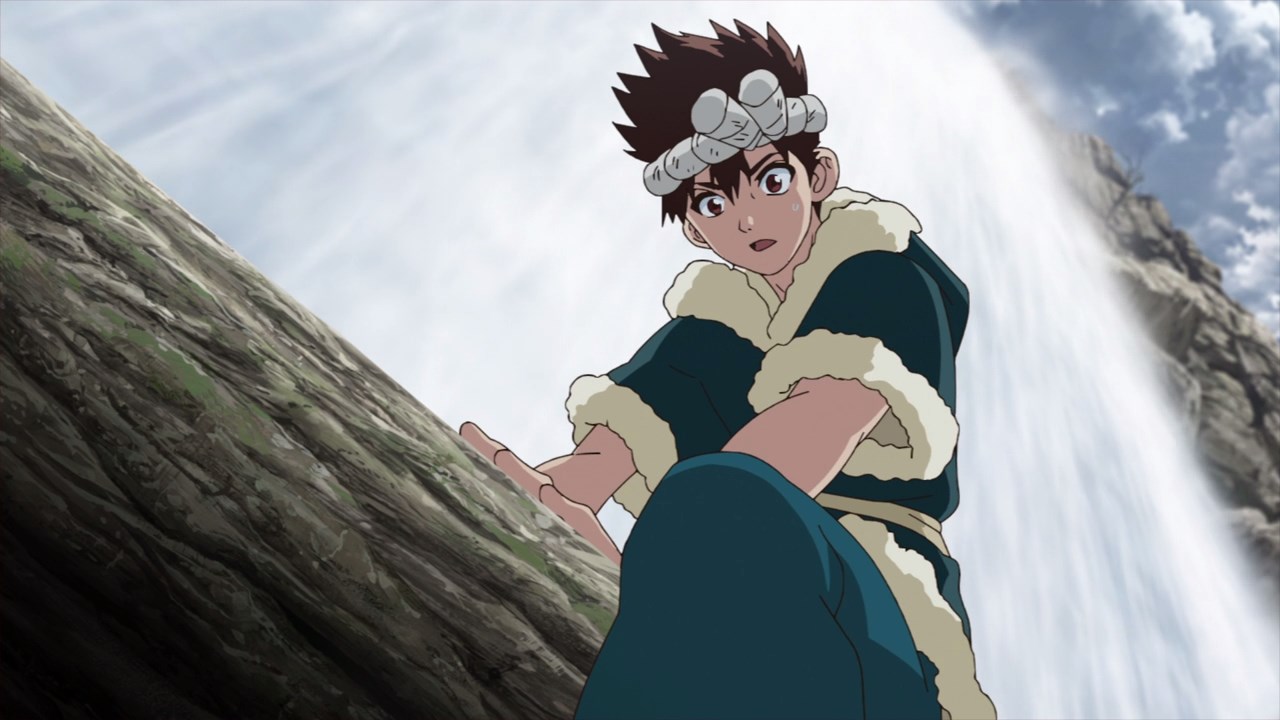 Still, Chrome is safe for now but he’s concerned that Ukyo Saionji already found out about the location of Senku’s cell phone as he might tell Tsukasa Shishio about it. 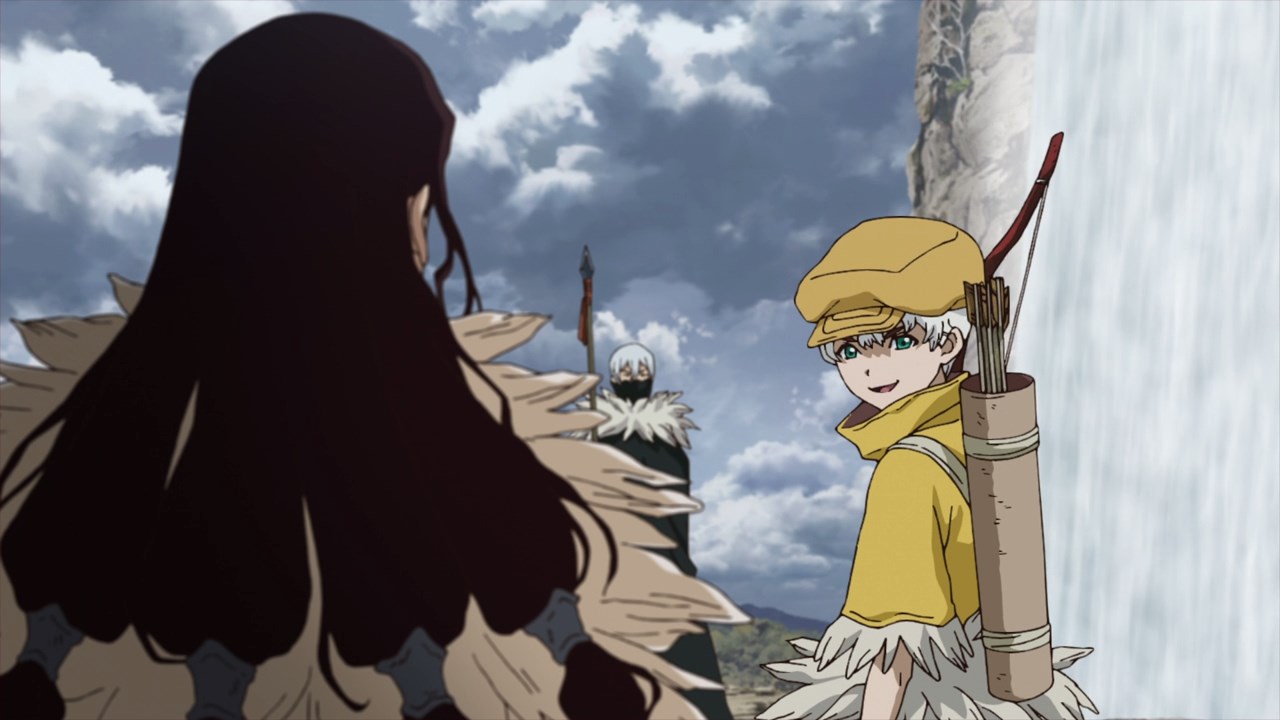 On second thought, Ukyo told Tsukasa that Chrome is trying to steal the nitric acid from the cave. Wait, did he just straight-up lie about it?

Okay, I have a feeling that Ukyo has some hidden agenda where he’s trying to stop Tsukasa from killing hundreds of people just to take Senku down. 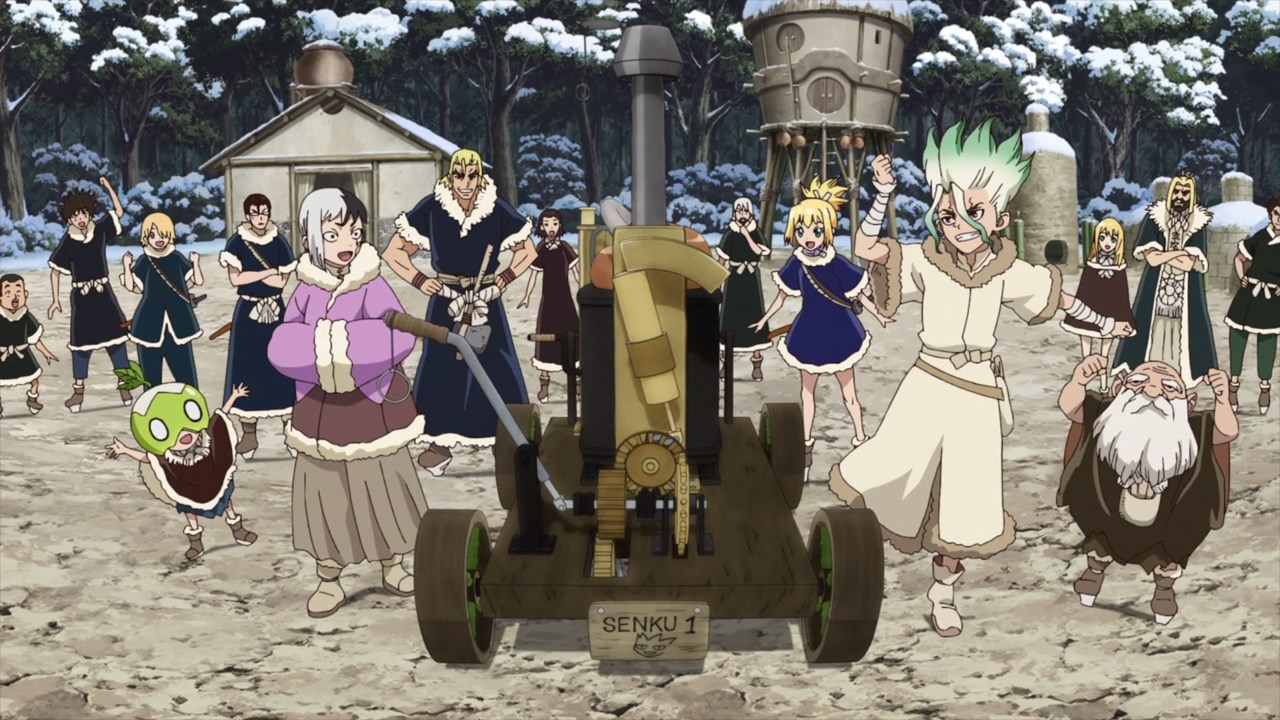 Anyways, let’s go back to Ishigami Village where Senku and his buddies created the first steam-powered vehicle in the stone world. Okay, looks like the Industrial Revolution has begun, but how will Senku steer or even stop this car?

With that said, I’ll see you next time where I’m hoping that this steam-powered car will take them straight towards Tsukasa’s empire in a short amount of time.