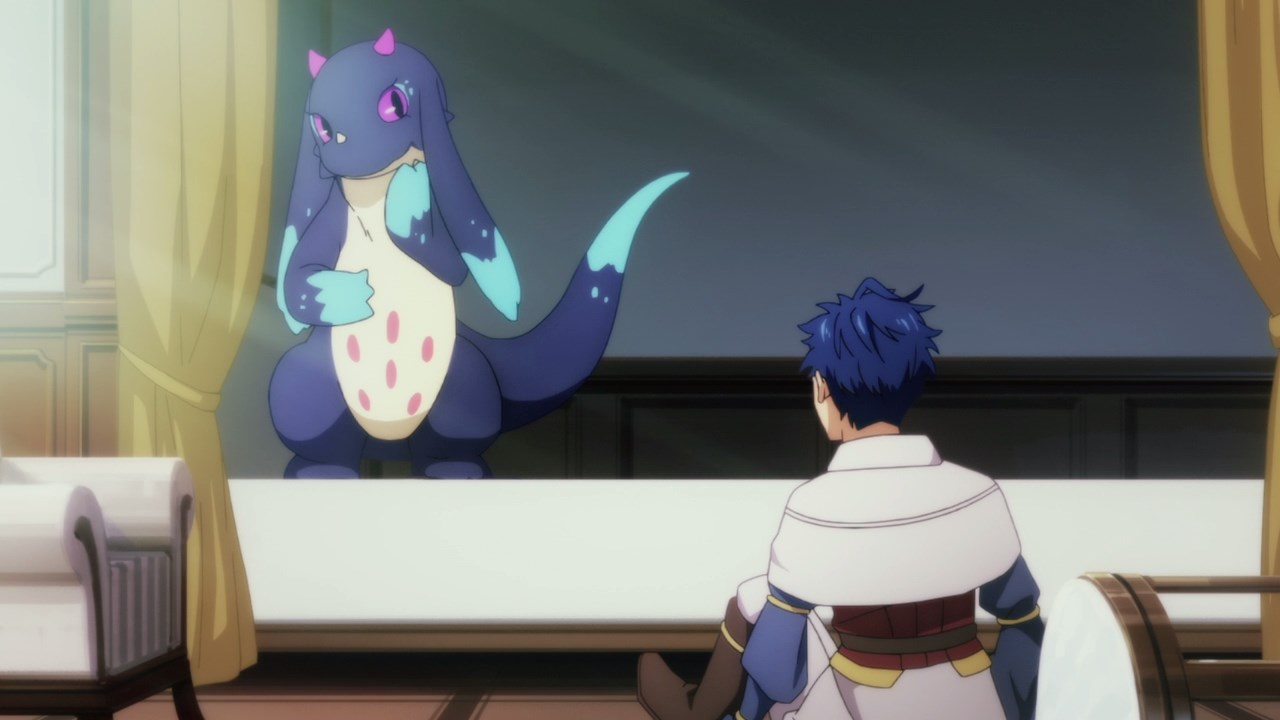 Let’s start this episode with Feirune as she finally evolved into a stronger dragon. Then again, I think Feirune has gone bigger in which Schlain Zagan Analeit is concerned that she might not fit in his room. 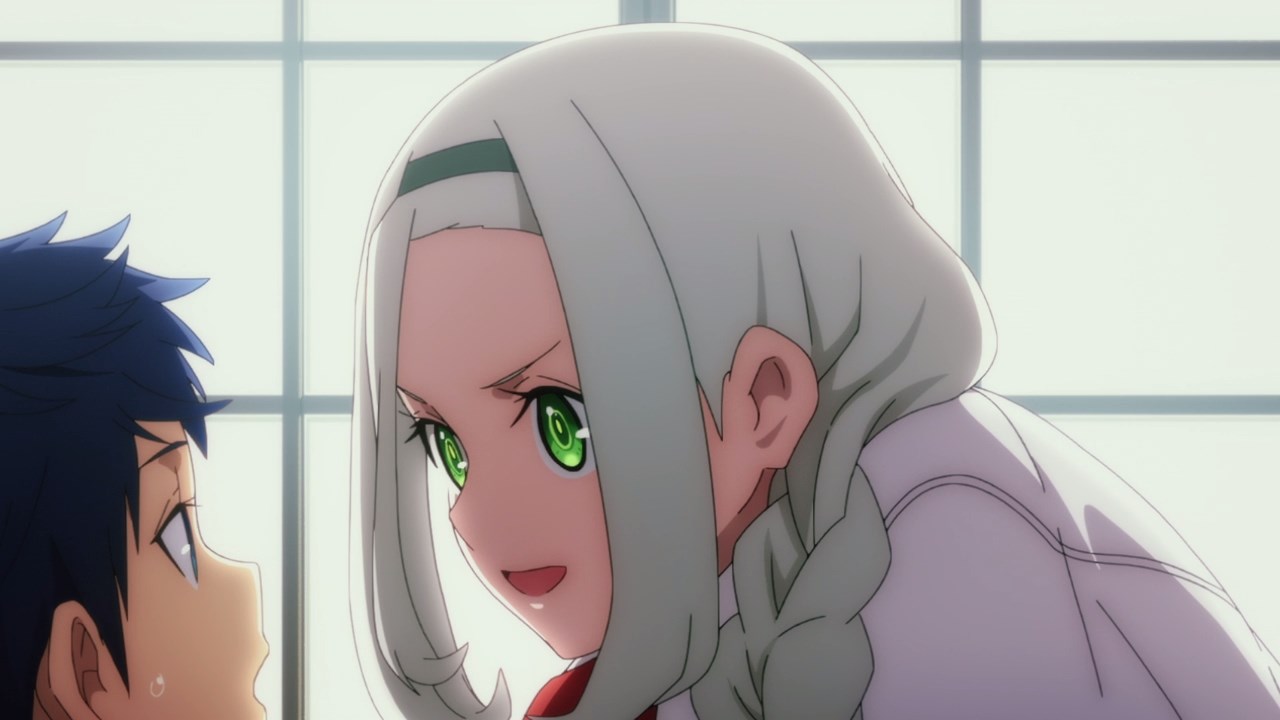 Speaking of Schlain, he’s being nagged by Yurin Ullen on joining a religious group called the “Followers of the Word of God” where it said that members can hear God’s words upon getting stronger.

Then again, I have doubts about the religious group as it sounded like a cult to me. Furthermore, Yurin is acting strange ever since she joined the “Followers of the Word of God” as she told Schlain to look out for people who inherited the Taboo skill as they need to be dealt with as soon as possible. 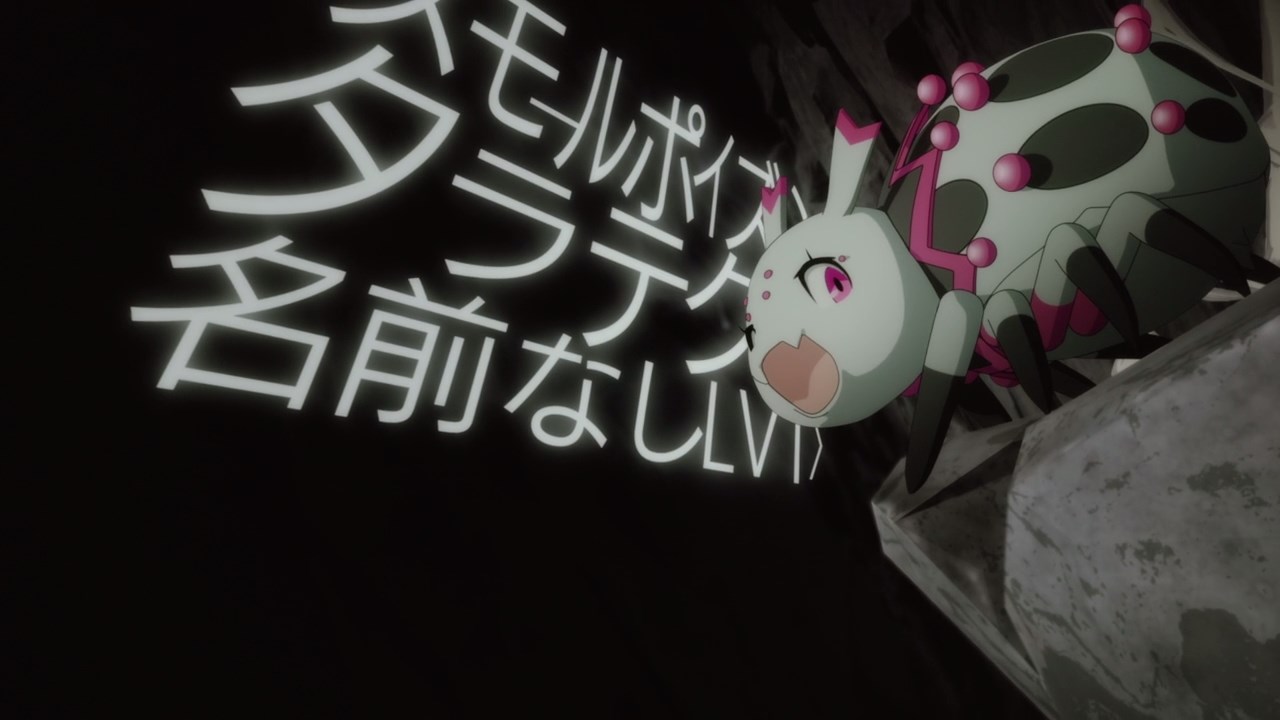 Now then, let’s return to Ms. Spider where she almost melted upon entering the Middle Stratum. So, she decides to evolve into a Small Poison Taratect in which her stats are in the hundred digits and she gained some new skills. 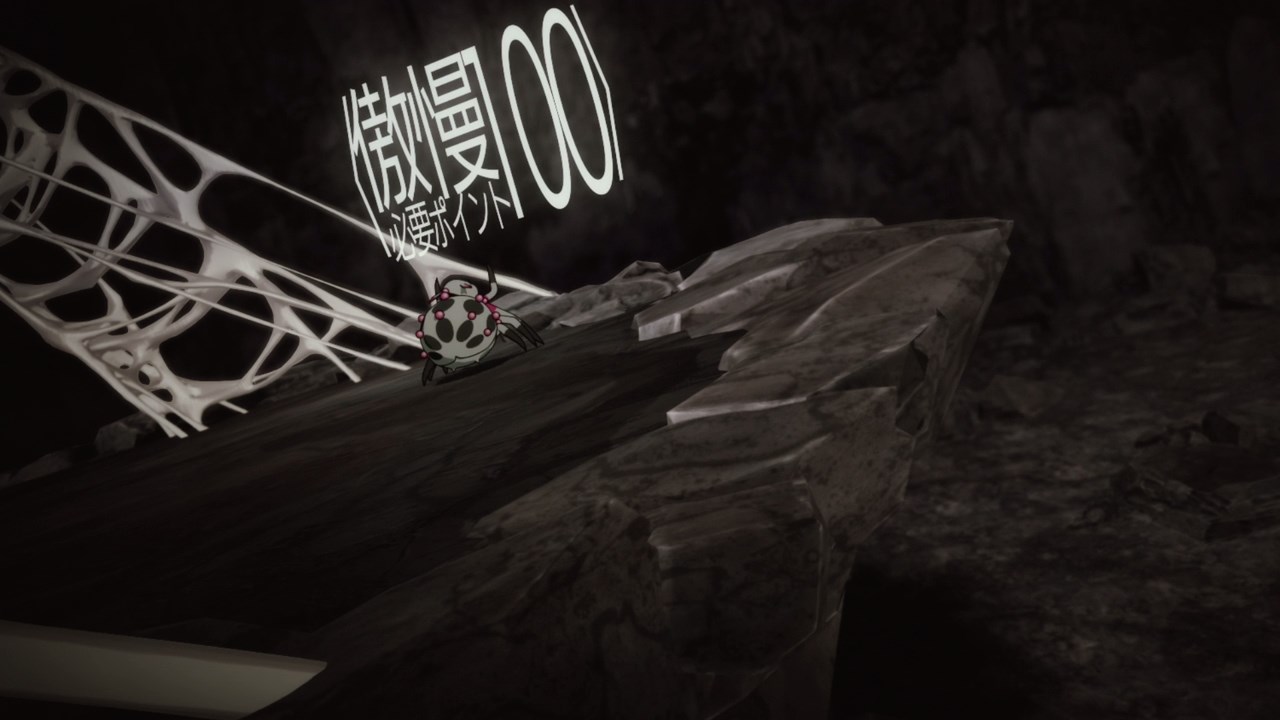 Of course, Ms. Spider is bothered by the Pride skill in which experience points and skill proficiency is gained significantly.

Then again, there’s a complicated calculation upon gaining the Pride skill in which Ms. Spider has no idea how it works. 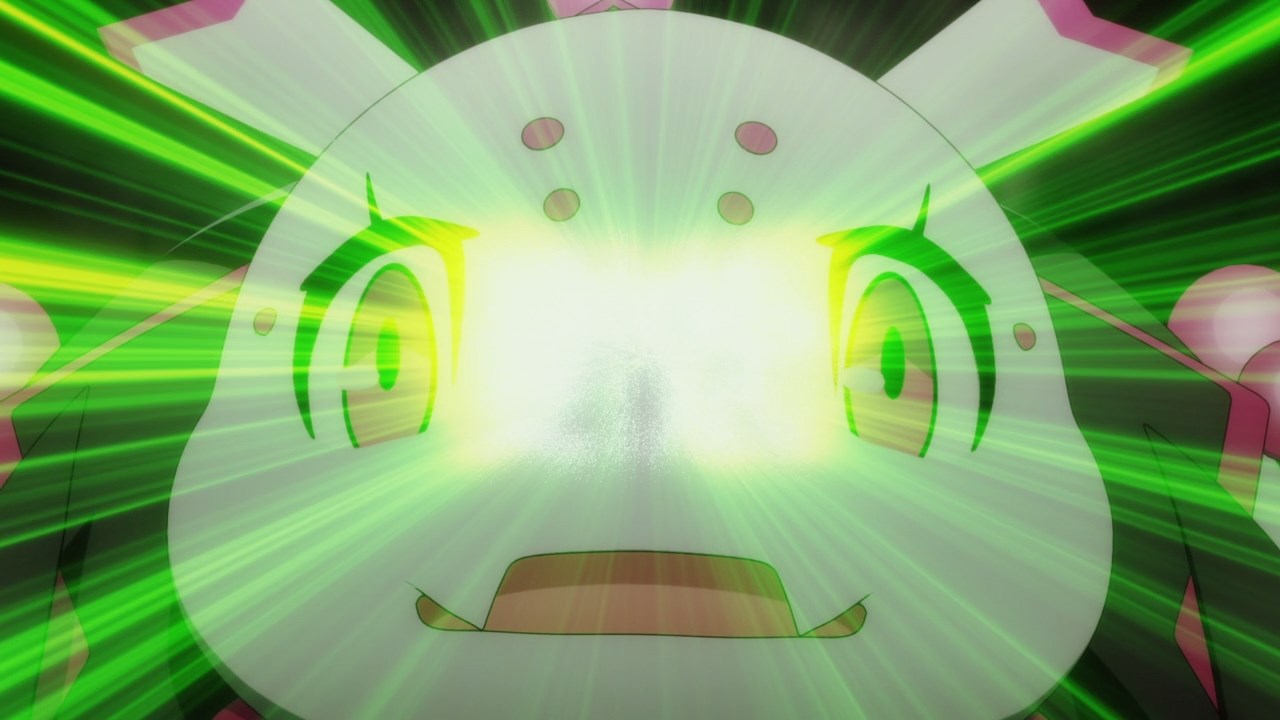 But you know what, Ms. Spider decides to take the plunge and acquire the Pride skill which costs 100 points. 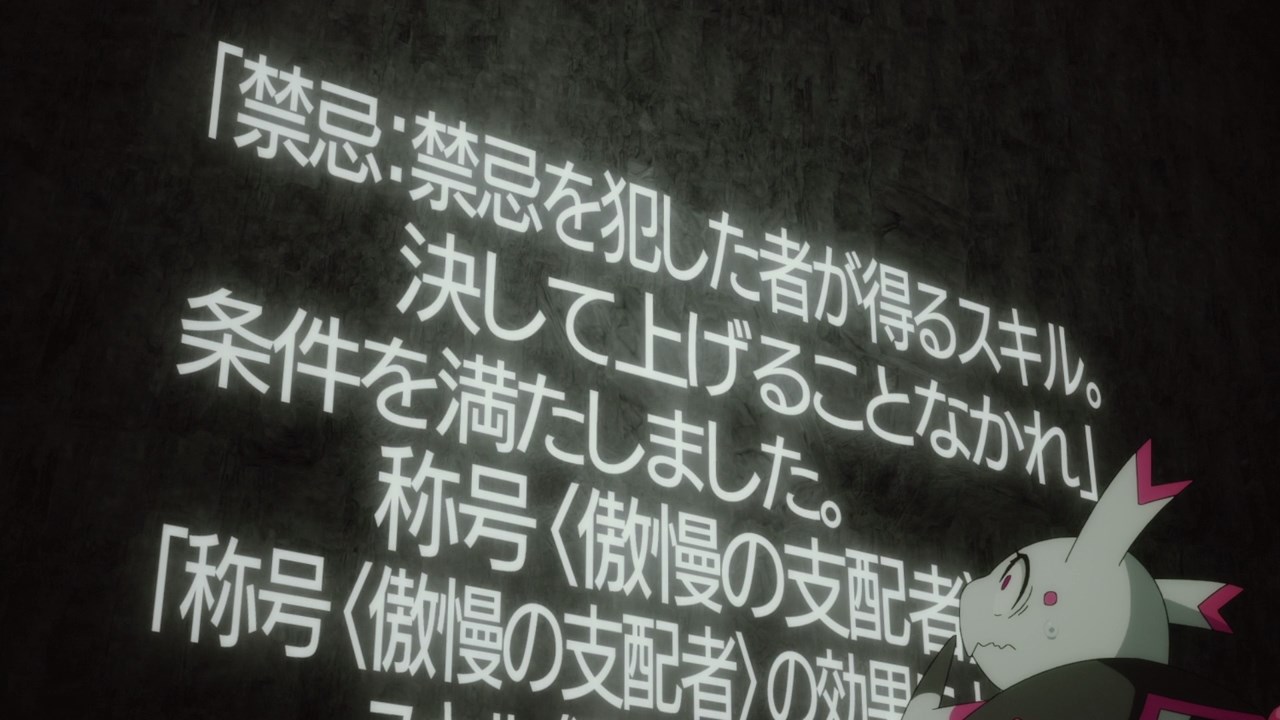 Once she gained Pride, Ms. Spider got a boost in her existing skills like Taboo while also gaining new ones like Abyss Magic and Hades. Oh, and she gained a new title called Ruler of Pride where I have a feeling that Ms. Spider is starting to become a final boss.

By the way, let’s briefly talk about Ms. Spider’s skill Taboo and remember what Yurin said that those who have that skill must be killed immediately? Well, it appears that Ms. Spider is in danger of being killed by Yurin so she needs to be careful when meeting her fellow reincarnated classmates. 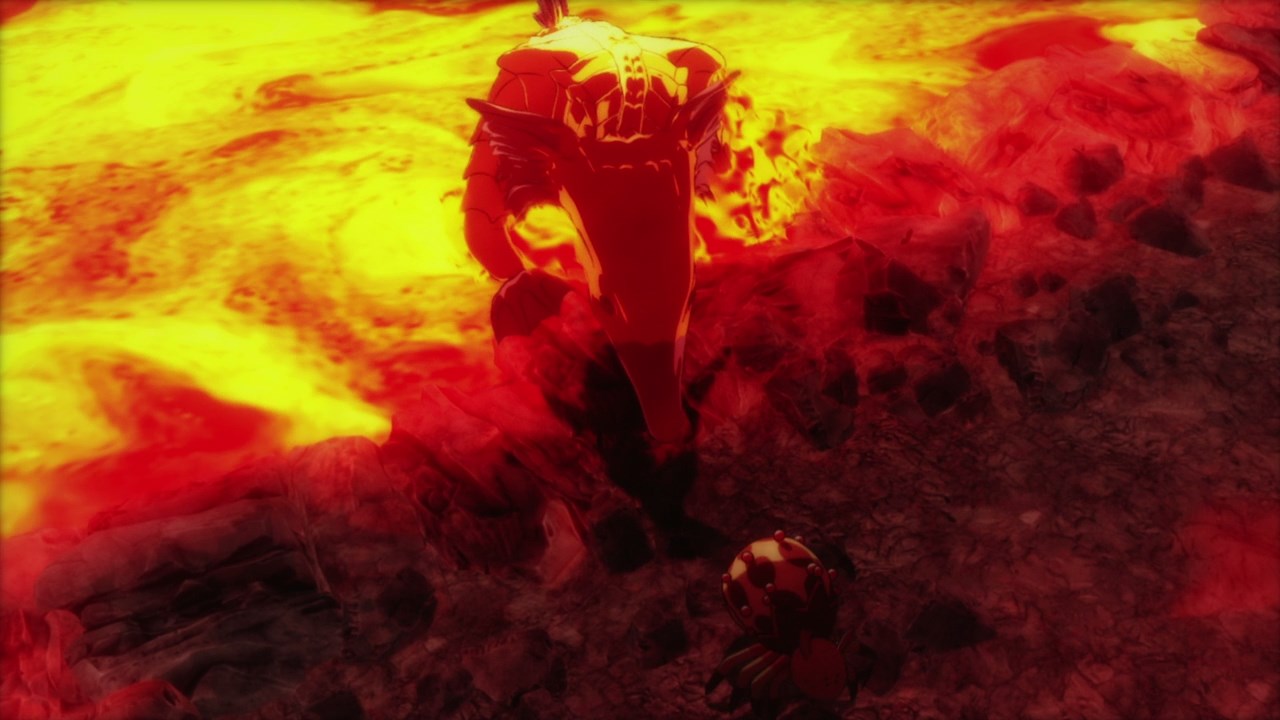 Now then, it’s time for Ms. Spider to return to the Middle Stratum where she has to fight against a seahorse called Elroe Gunerush.

Then again, this seahorse got out of the lava as the Elroe Gunerush is gonna take on Ms. Spider on foot. 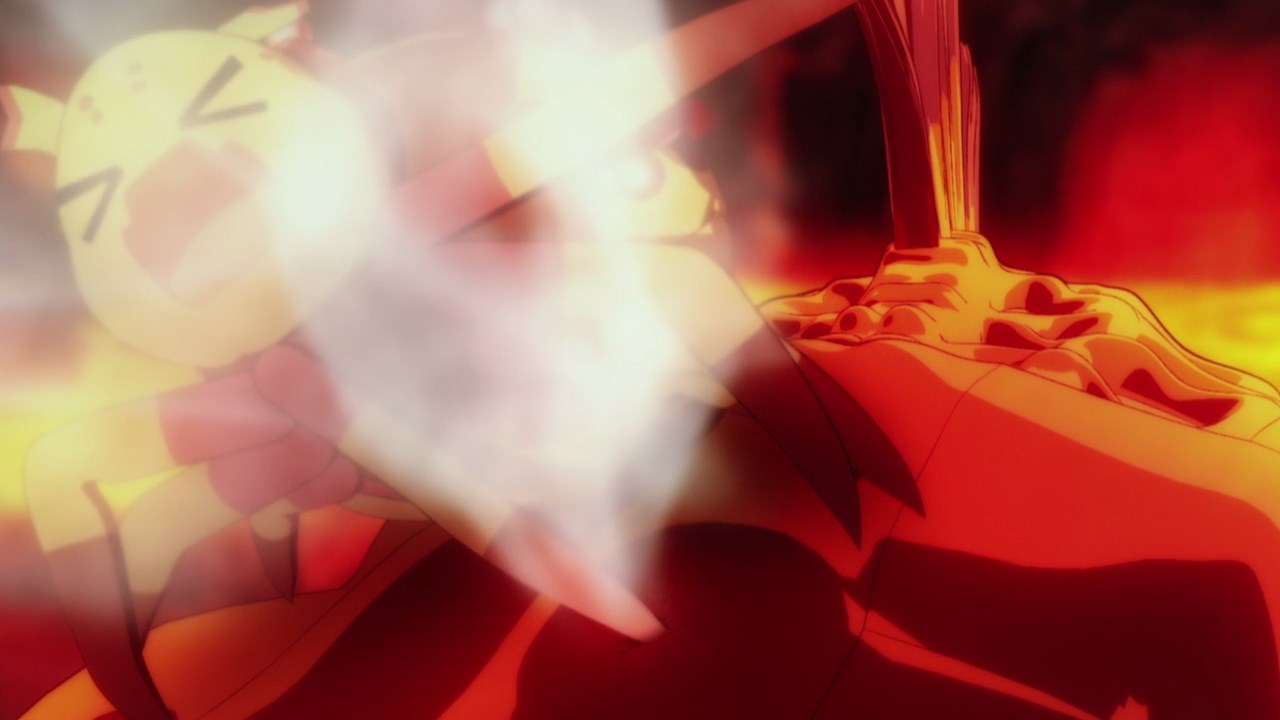 Unfortunately for the Elroe Gunerush, Ms. Spider defeated the monster by injecting some poison, although Ms. Spider can’t stand the heat when touching the seahorse’s skin.

Although Ms. Spider got triumphant against the Elroe Gunerush, she’s not done yet. 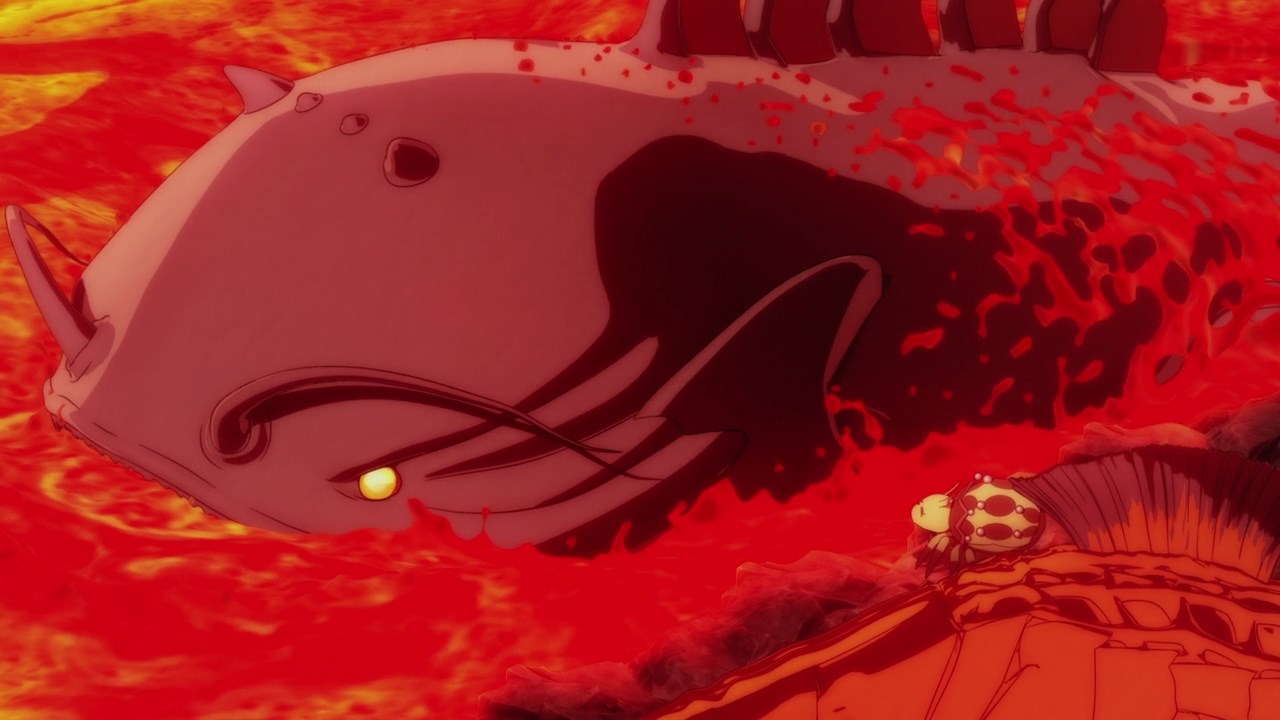 You see, she encountered a catfish called Elroe Guneseven where it can swallow everything in addition to walk on land. 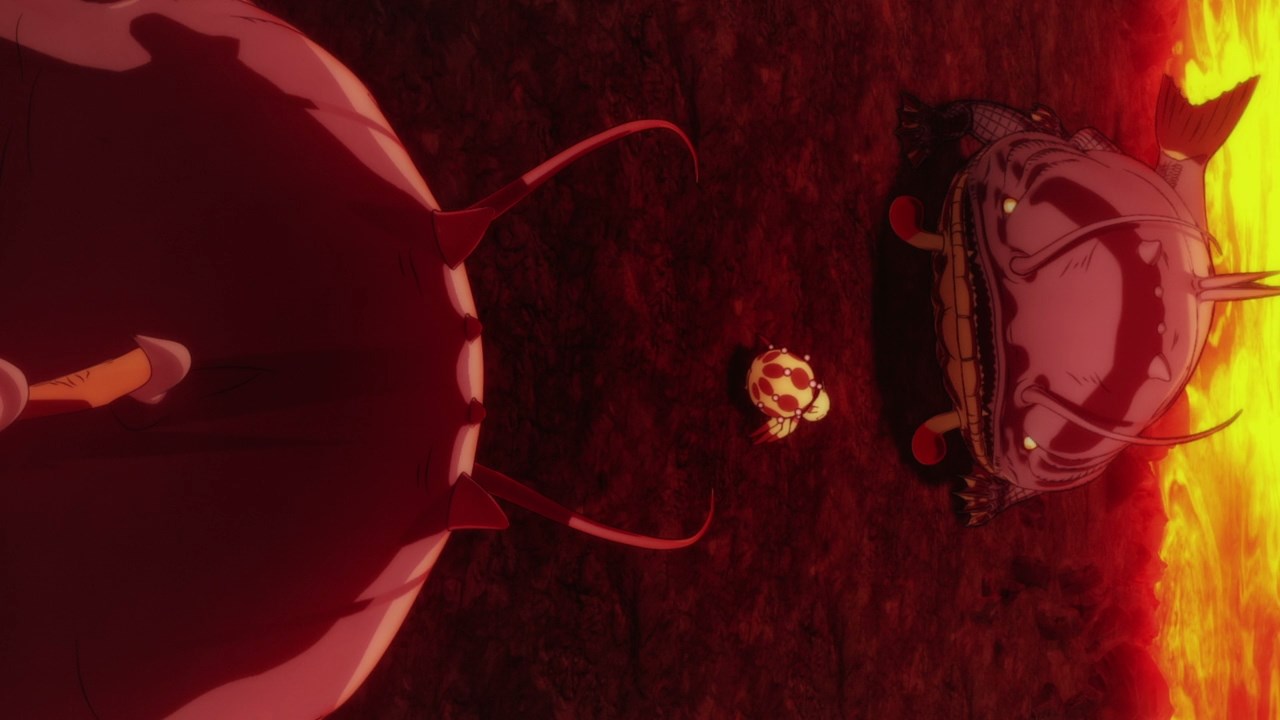 Oh and Ms. Spider encountered not one, but two Elroe Gunesevens in which she’s gonna get killed real soon. 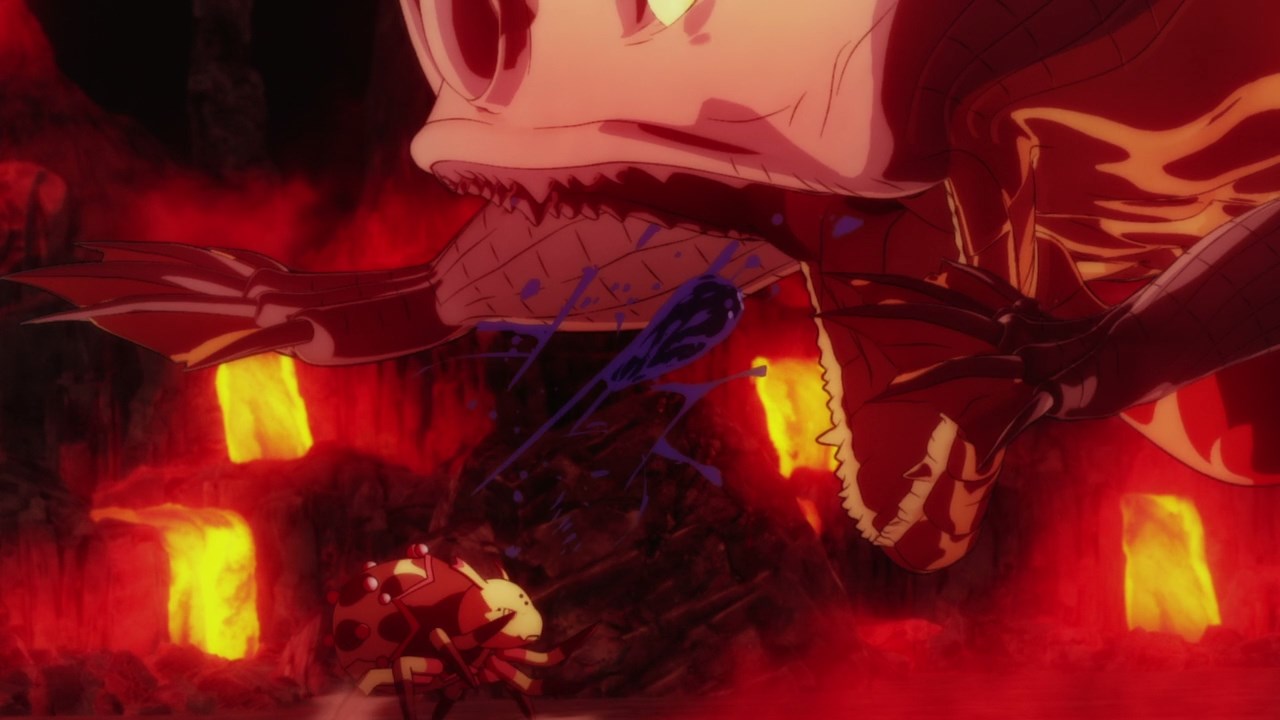 Of course, she’s not gonna accept her death that easily as Ms. Spider fights back by firing a poison ball at the Elroe Guneseven’s massive mouth. 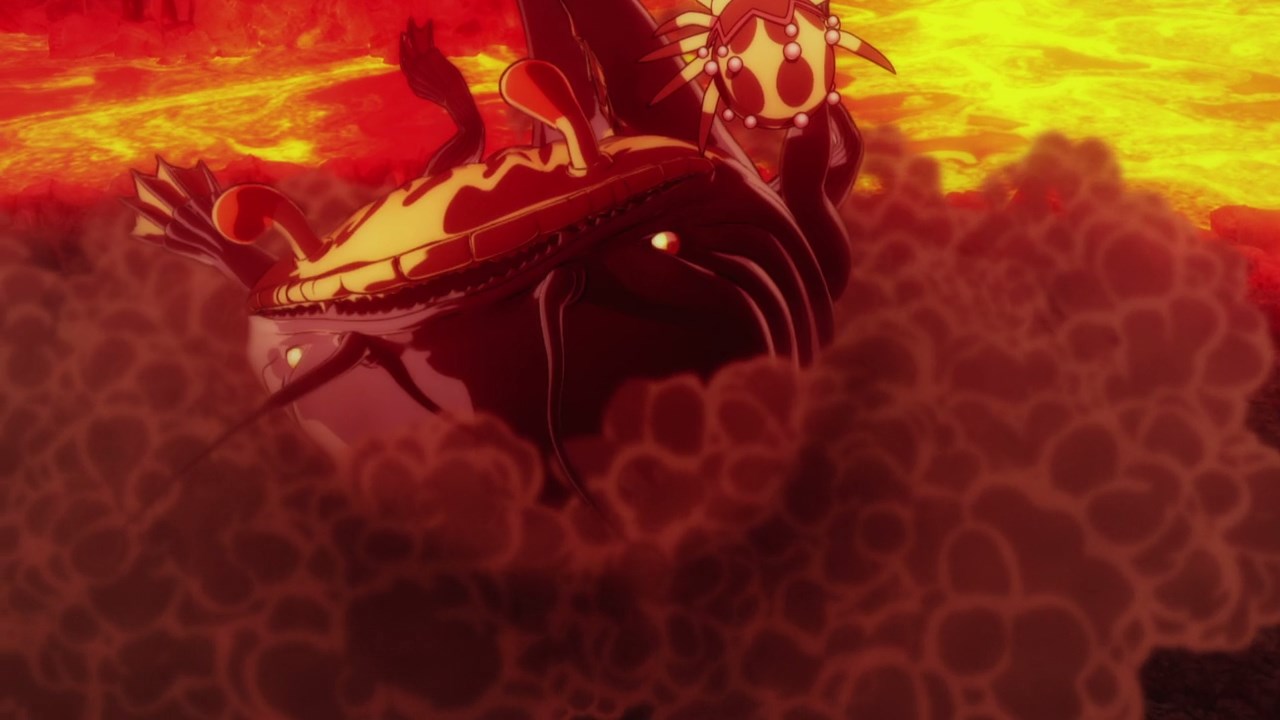 And lo and behold as one Elroe Guneseven got a nasty tummyache thanks to Ms. Spider’s poison ball. Looks like this catfish will have to think twice about eating something. 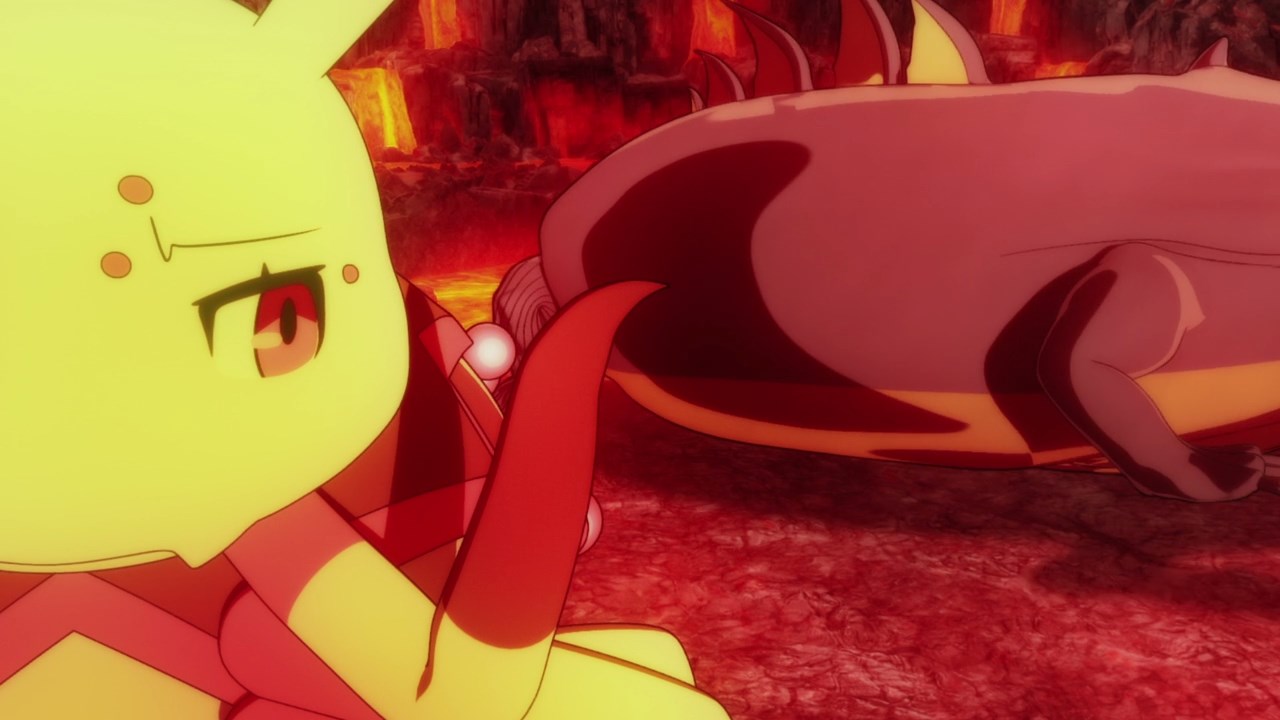 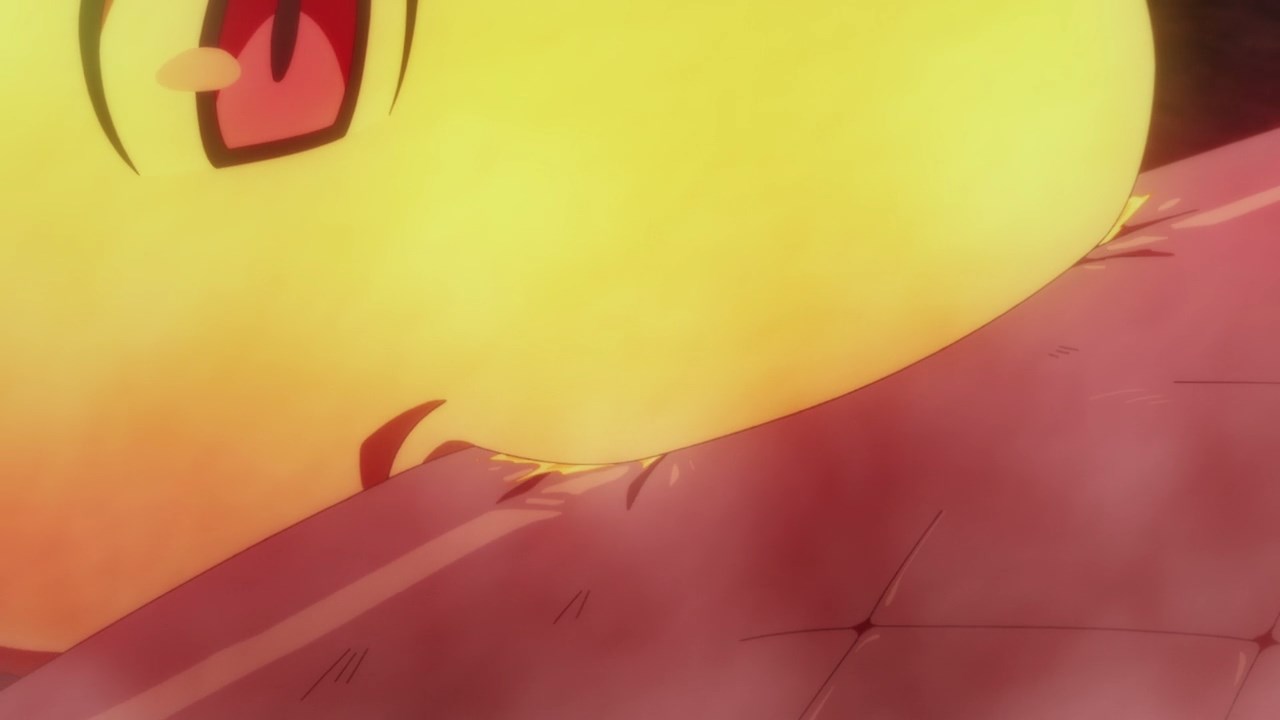 In any case, Ms. Spider defeated an Elroe Guneseven as she’s gonna sink her teeth on the catfish. Then again, I bet that it tasted horrible. 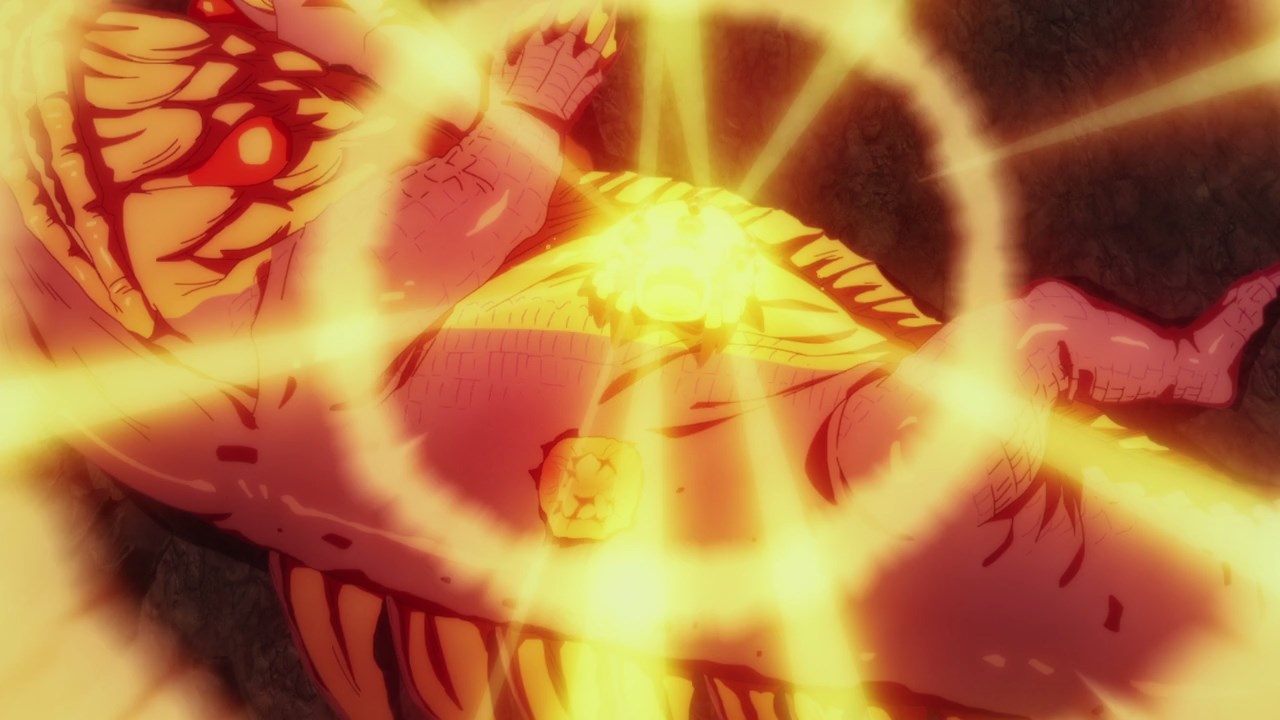 Surprisingly, it appears that the catfish tasted better compared to other monsters as Ms. Spider chows down on the Elroe Guneseven until she’s full.

Looks like she not only satisfied of eating catfish, but gained lots of experience points. Well then, it appears that Ms. Spider will call Middle Stratum as her home/training ground. 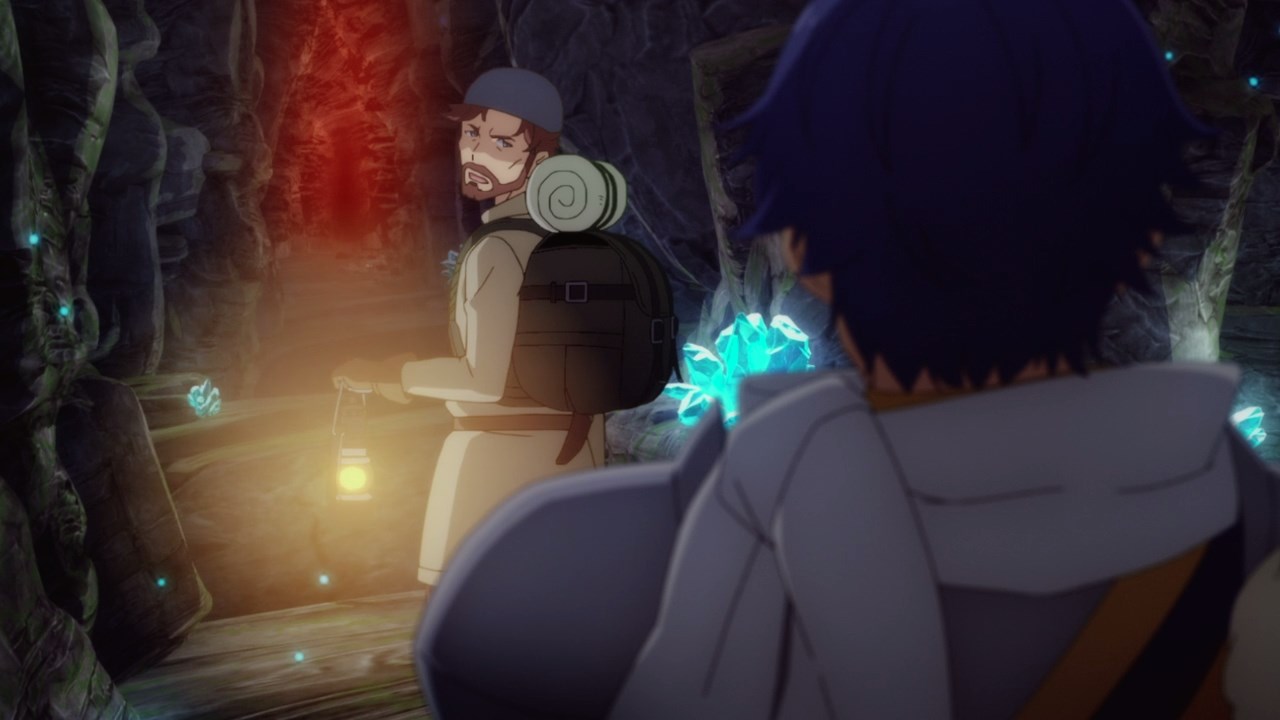 Sadly though, it seems that a bunch of adventurers are about to explore the Middle Stratum. 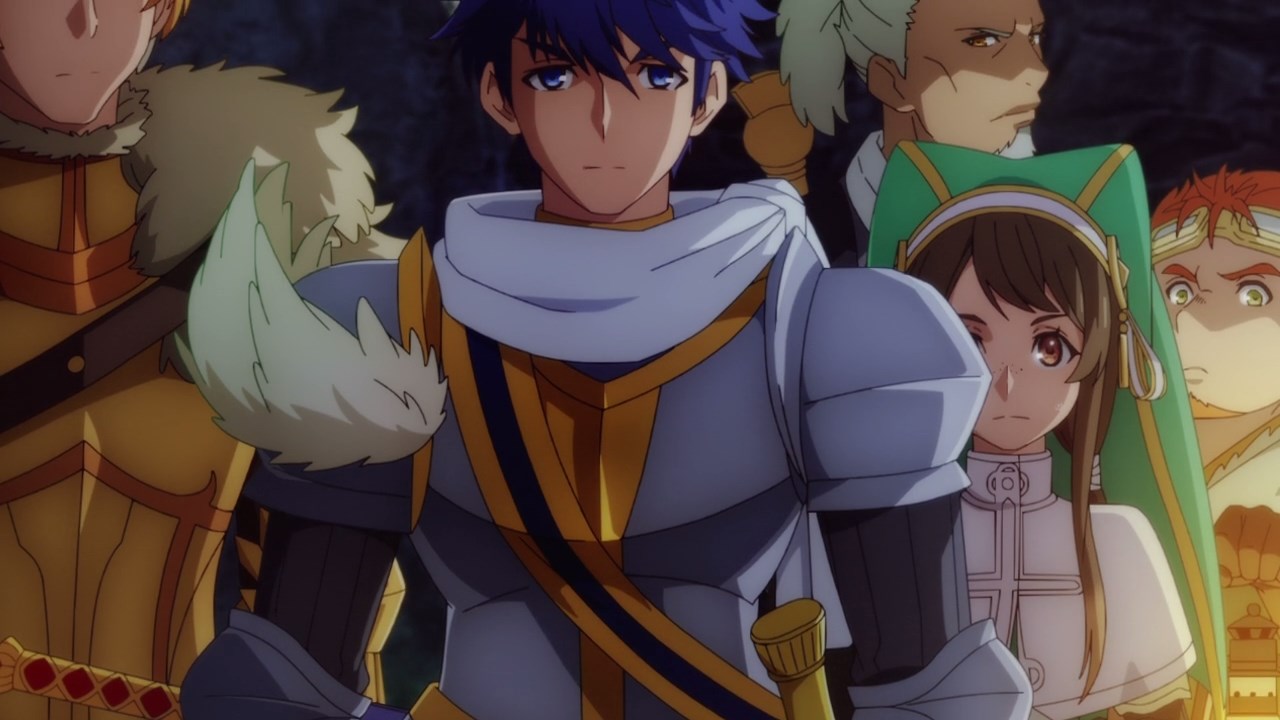 Oh and it gets worse as it turns out that Schlain’s brother Julius is gonna explore the Great Elroe Labyrinth along with his party.

Man, Ms. Spider can’t catch a break after getting used to the hot environment but anyways, let’s hope that Ms. Spider won’t encounter Julius’ party on the next episode.