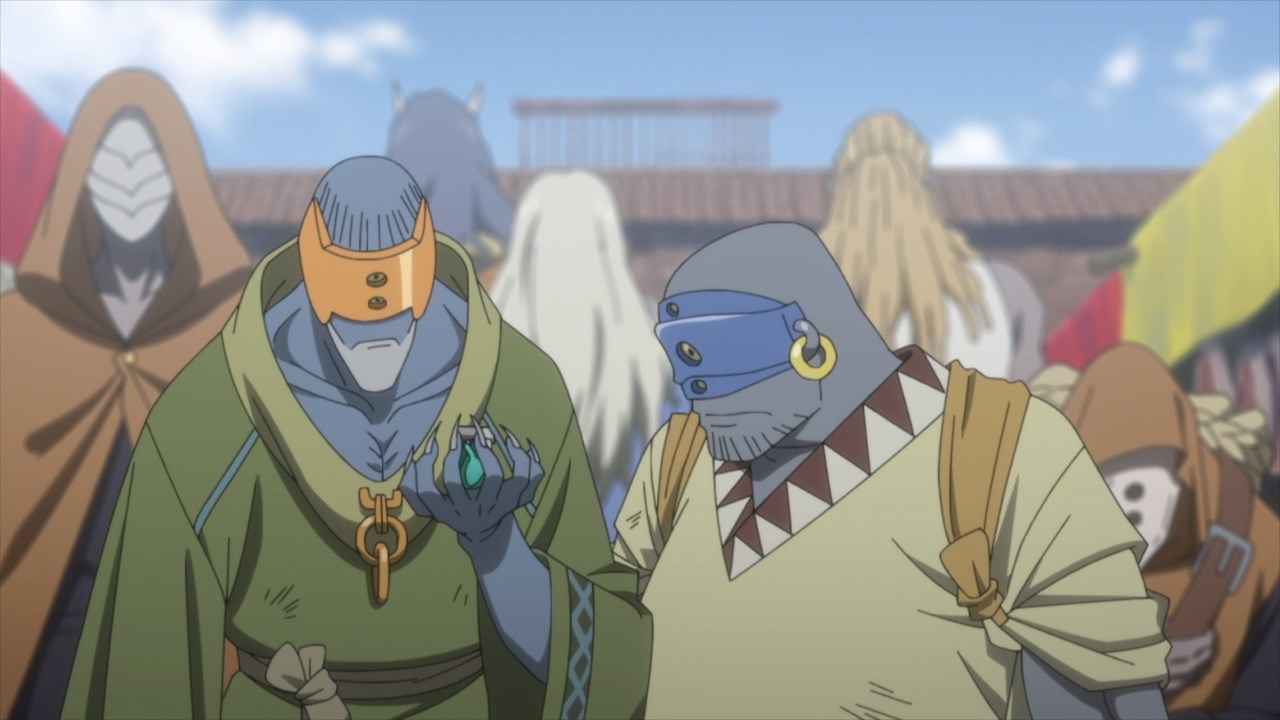 Let’s start with these two ordinary demons who are jealous that the nobles have the privilege of eating high-class human meat, although they’re worried that the food supply would become low ever since the children escaped from Grace Field almost a year ago. 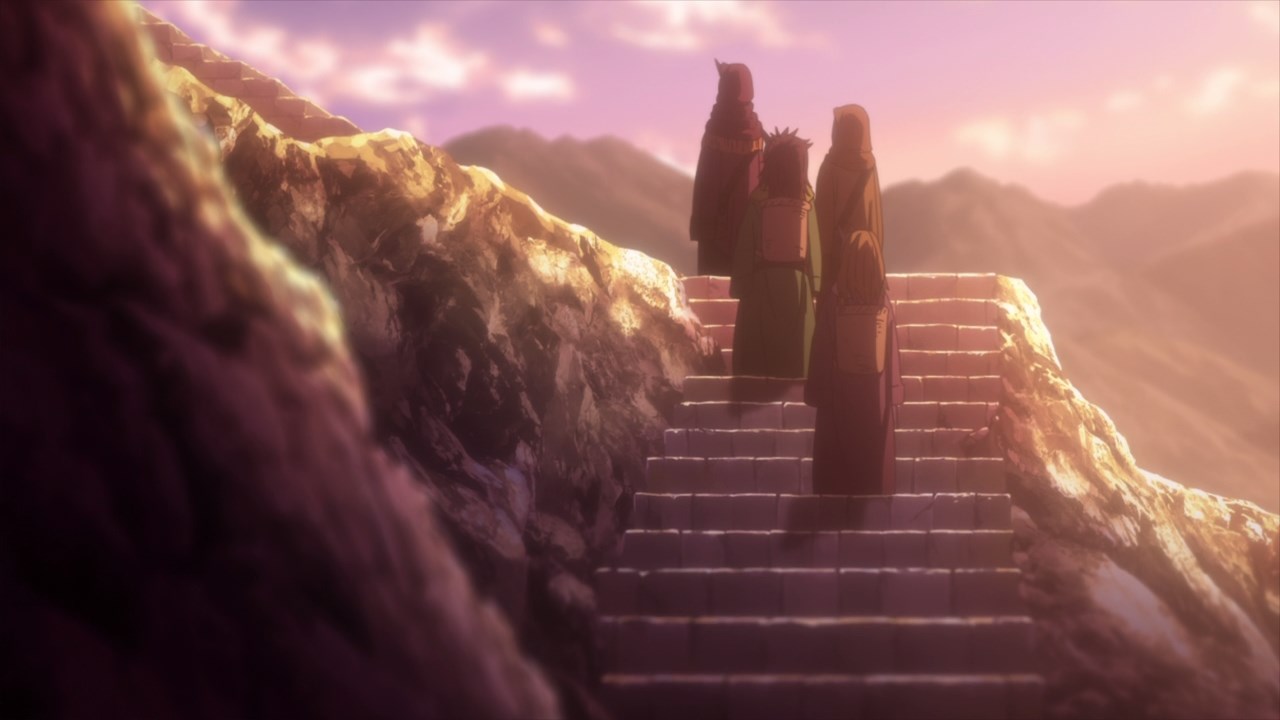 On the other hand, looks like these demons are hunting for children as they heard that they’re actually tasty. Moreso if they’re bred from Grace Field which it has the highest quality of human meat. 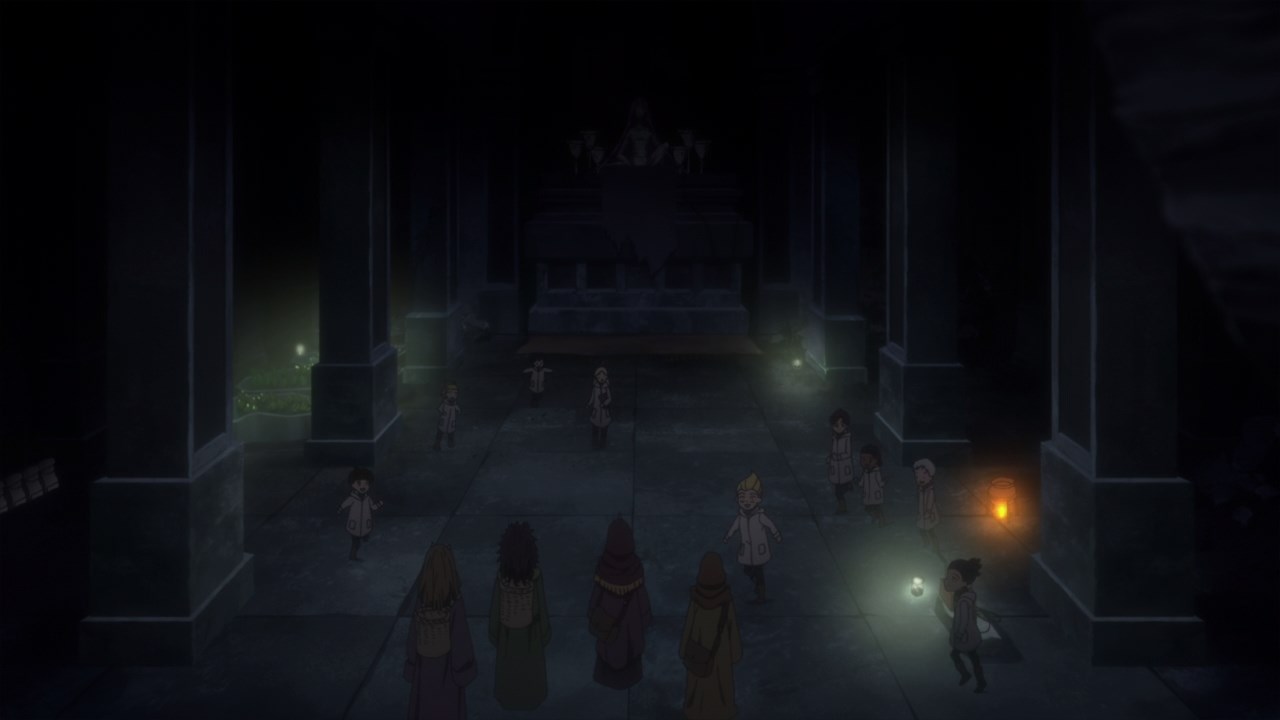 However, it was subverted as they’re not actually demons. I mean, it’ll be weird if the kids would approach them. 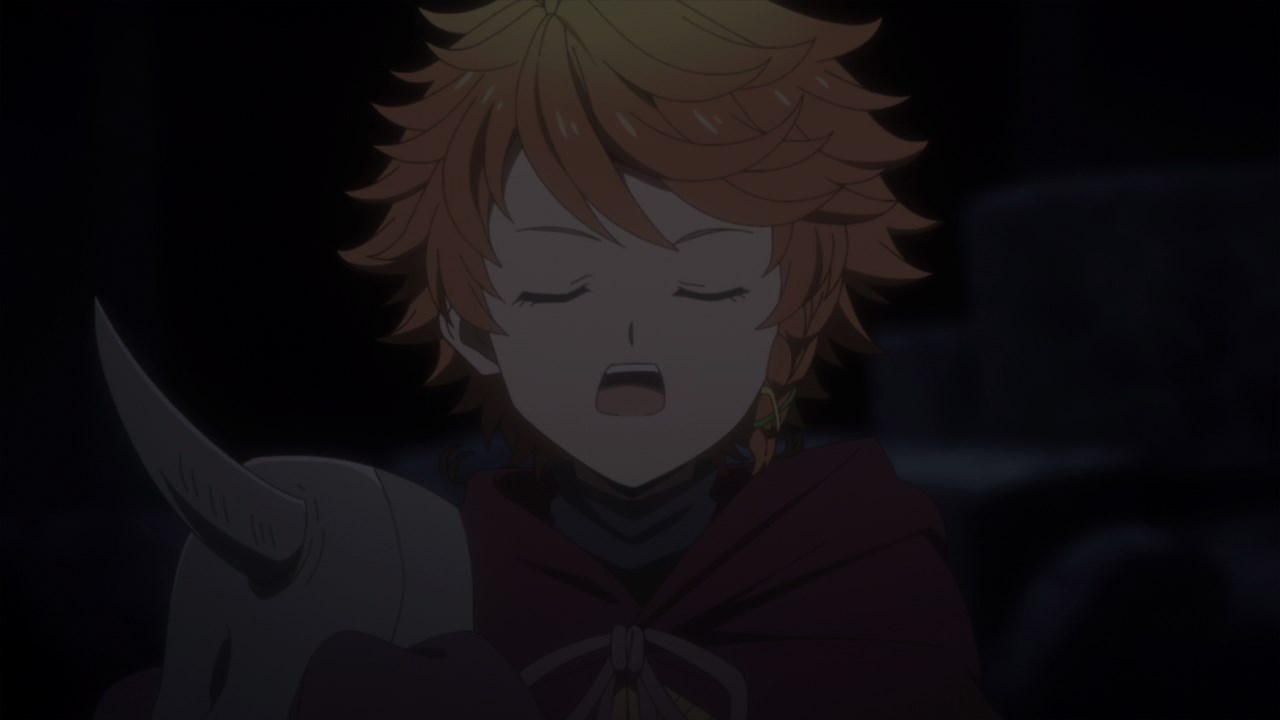 Rather, they revealed themselves as Emma, Ray, Don, and Gilda as the kids dress-up as demons in order to blend in with the crowd when gathering food.

And really, ever since they left the shelter thanks to a bunch of gun-totting humans, they’re having a hard time finding meat or even vegetables. 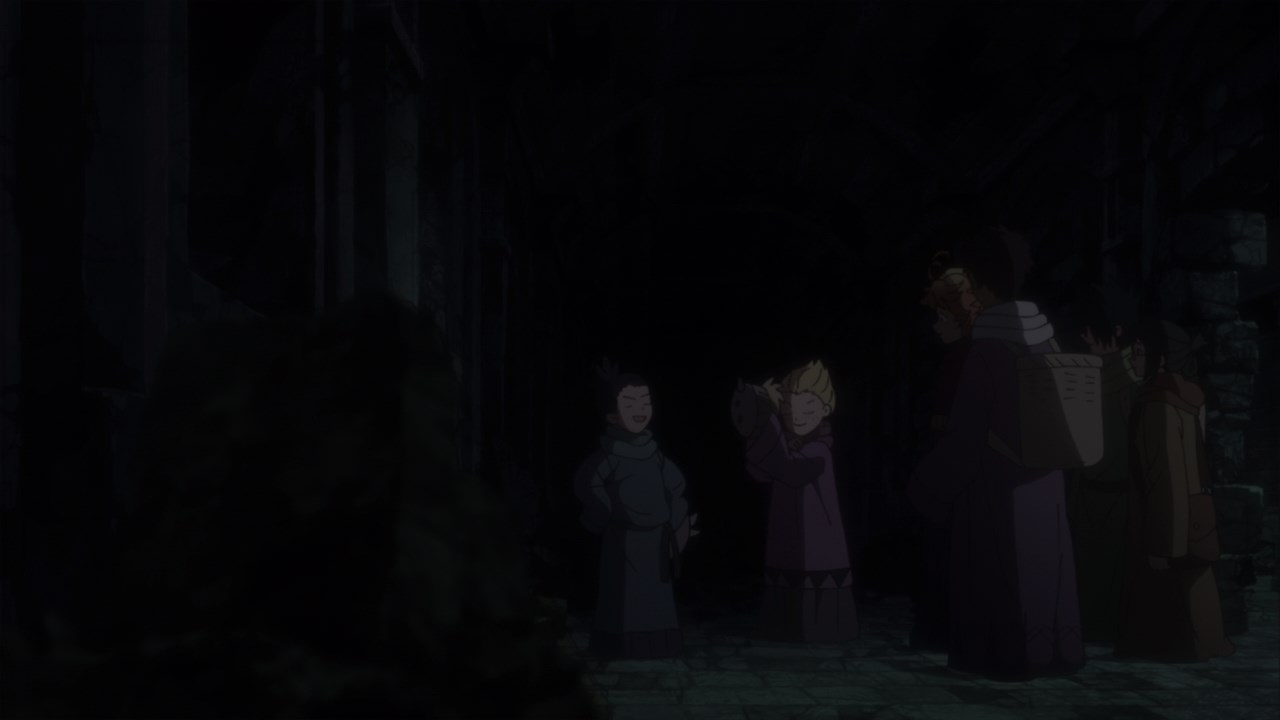 On the other hand, Thoma and Lannion wants to gather food in order to feed their fellow kids. C’mon, they don’t have any regrets on escaping Grace Field. 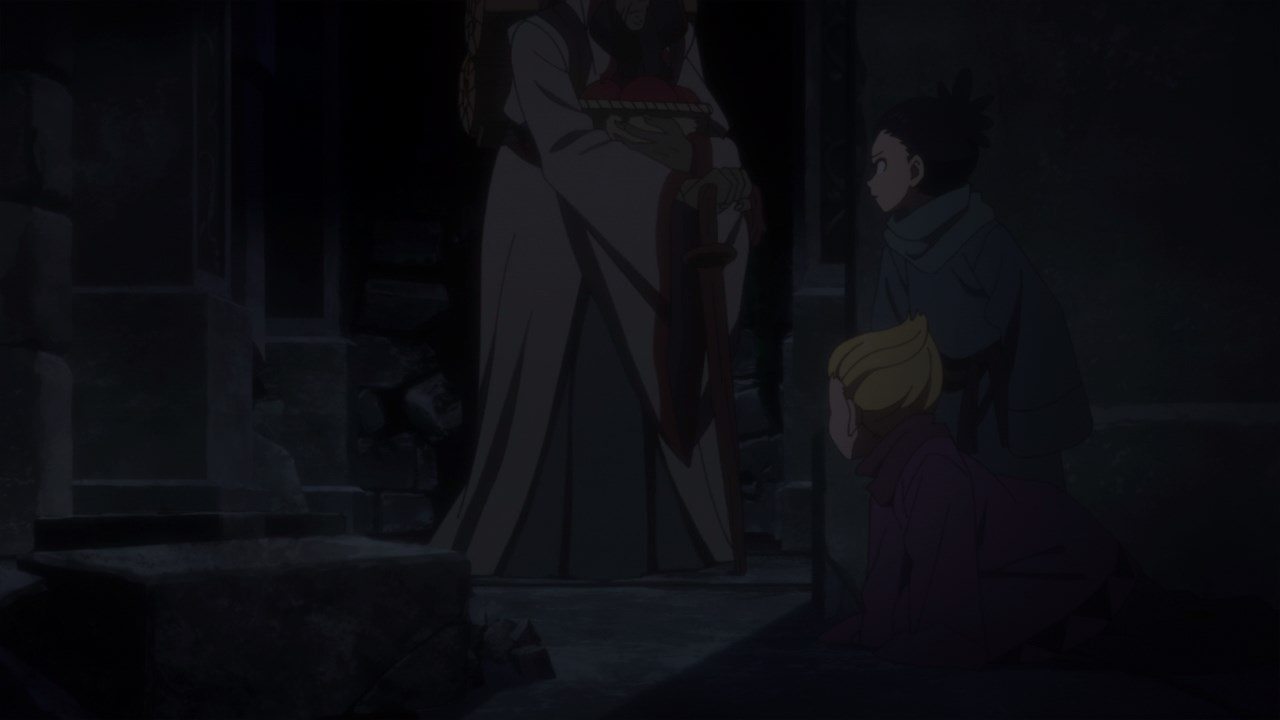 By the way, the kids are currently staying at a neglected temple where the only caretaker is this blind demon.

So yeah, they try to hide whenever a demon shows up but man, I’m scared that this demon might smell the kids. 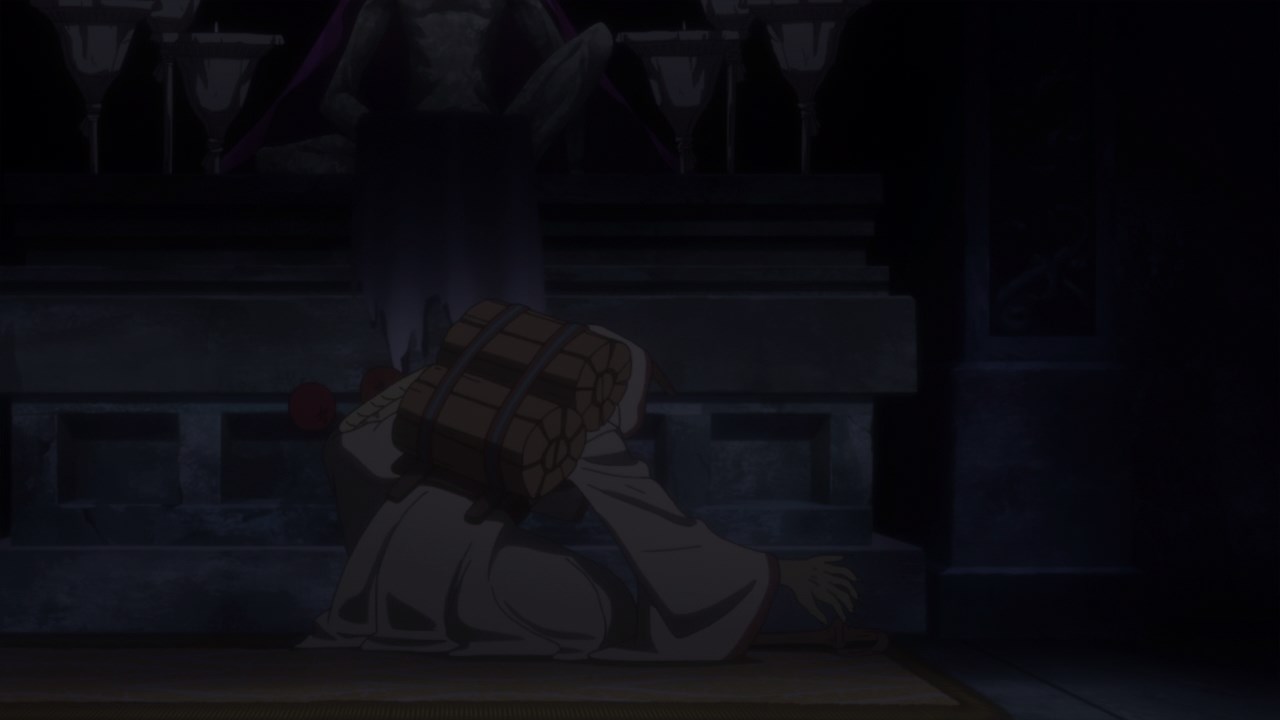 Of course, this blind demon doesn’t pose a threat to Emma and her friends, as he prays for his god in hopes for receiving good graces to him and his family.

Even then, this blind demon is having trouble finding the fruits and placing them in the altar. 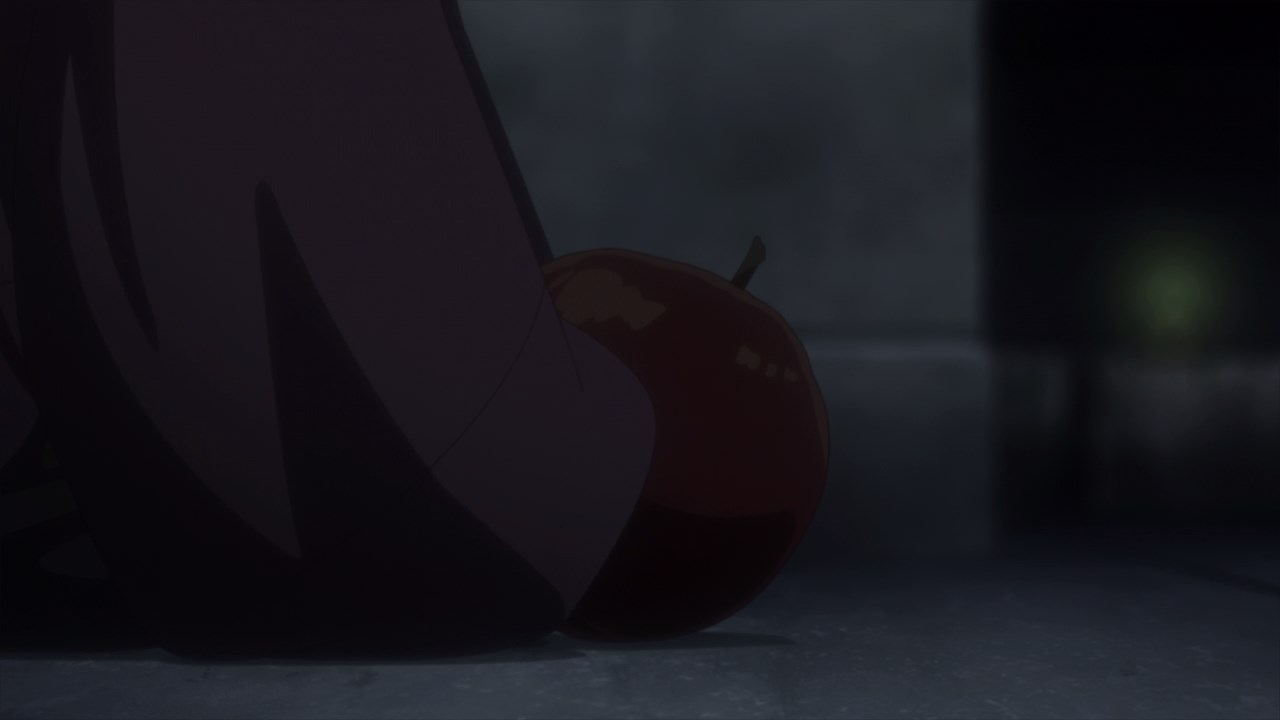 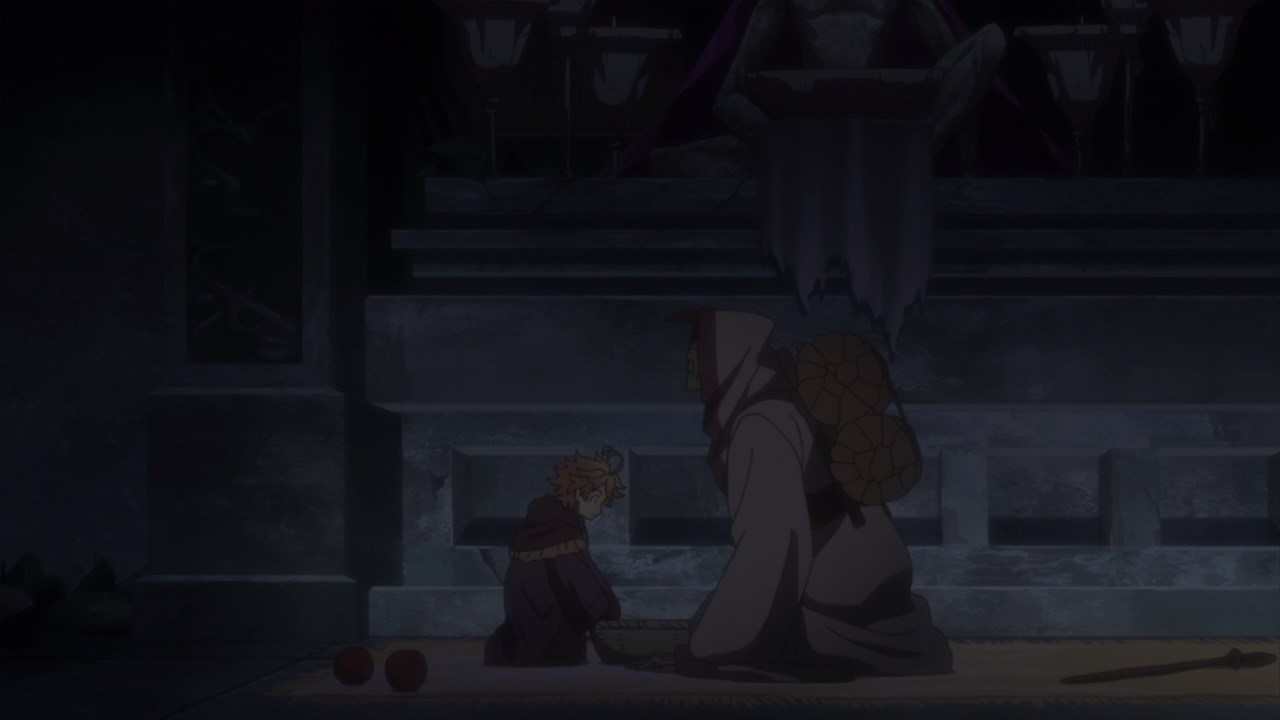 Well, that’s until Emma stepped in to help the blind demon, although it would be bad if the demon caught Emma’s smell. 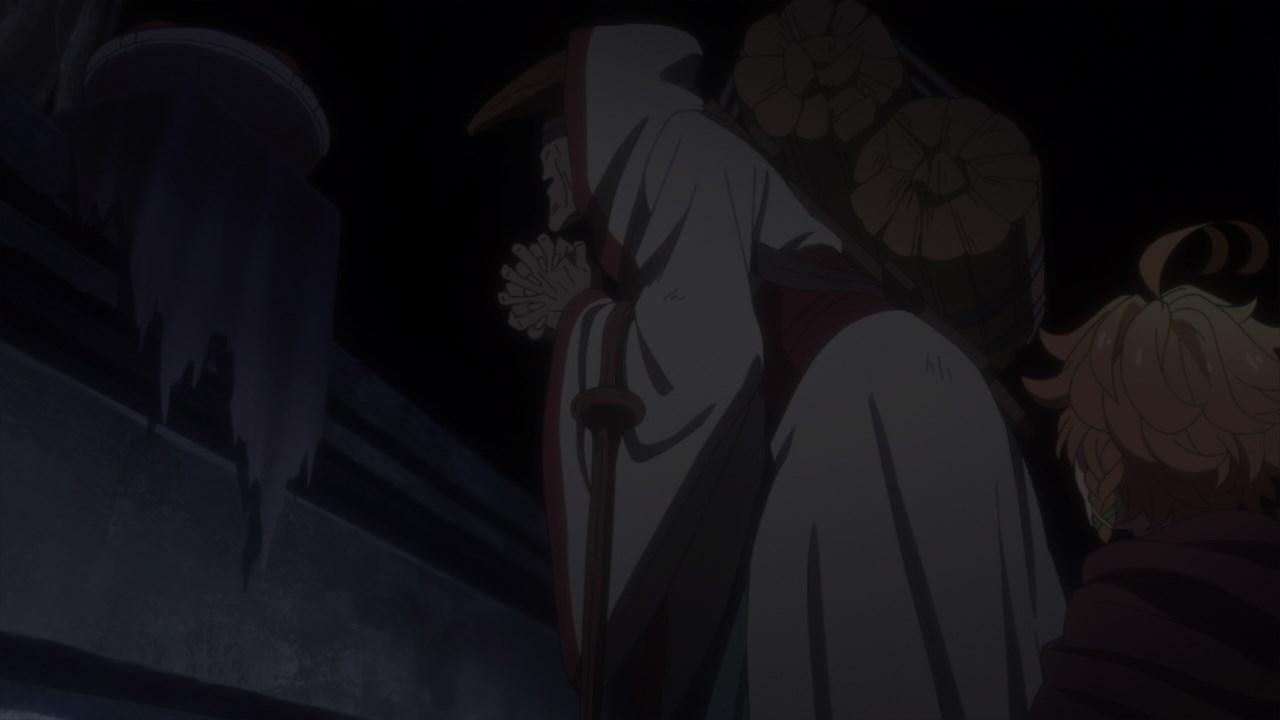 Still, Emma is surprised that this blind demon cares about his family, but I have to say that she almost got caught with that risky stunt. Well then, time to get out of this altar. 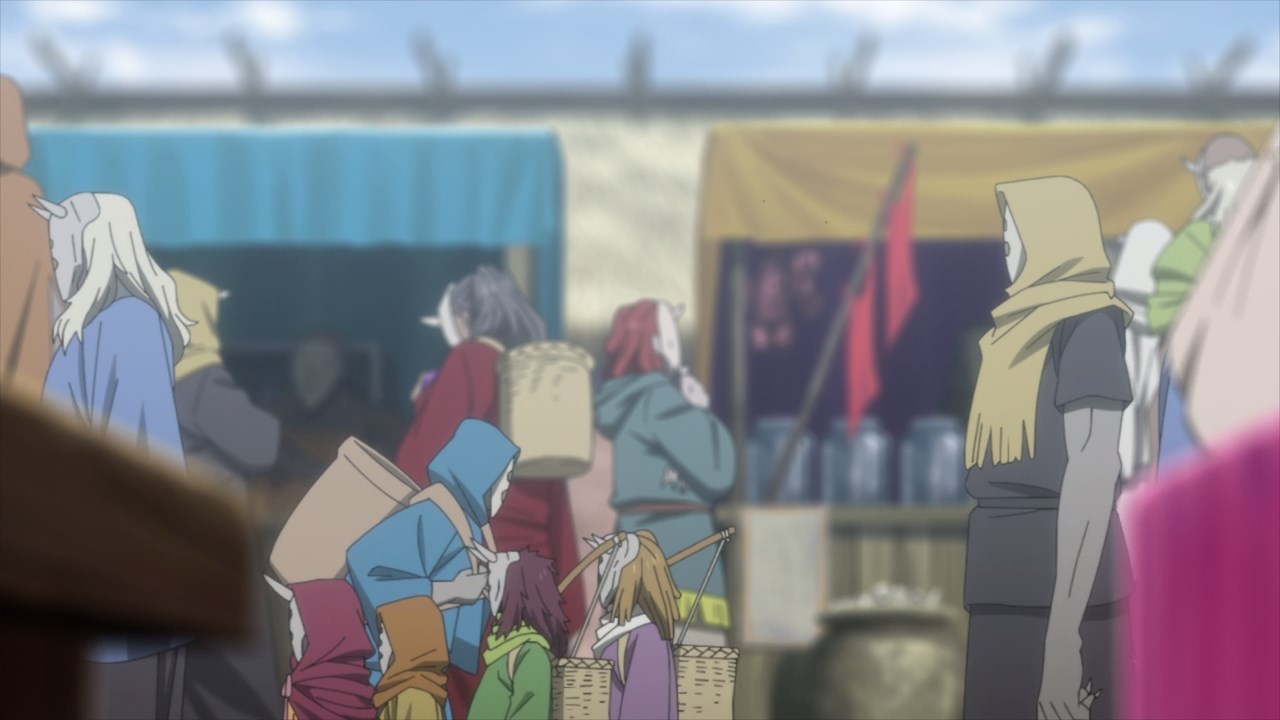 Now then, they went to a demon town where the kids (dress-up as demons obviously) are buying food at the market, although I’m worried that they don’t have money to buy fruits and vegetables.

Oh, and stealing food is bad as the kids might get caught by demons. Don’t want to make a ruckus when Emma and the rest are getting food. 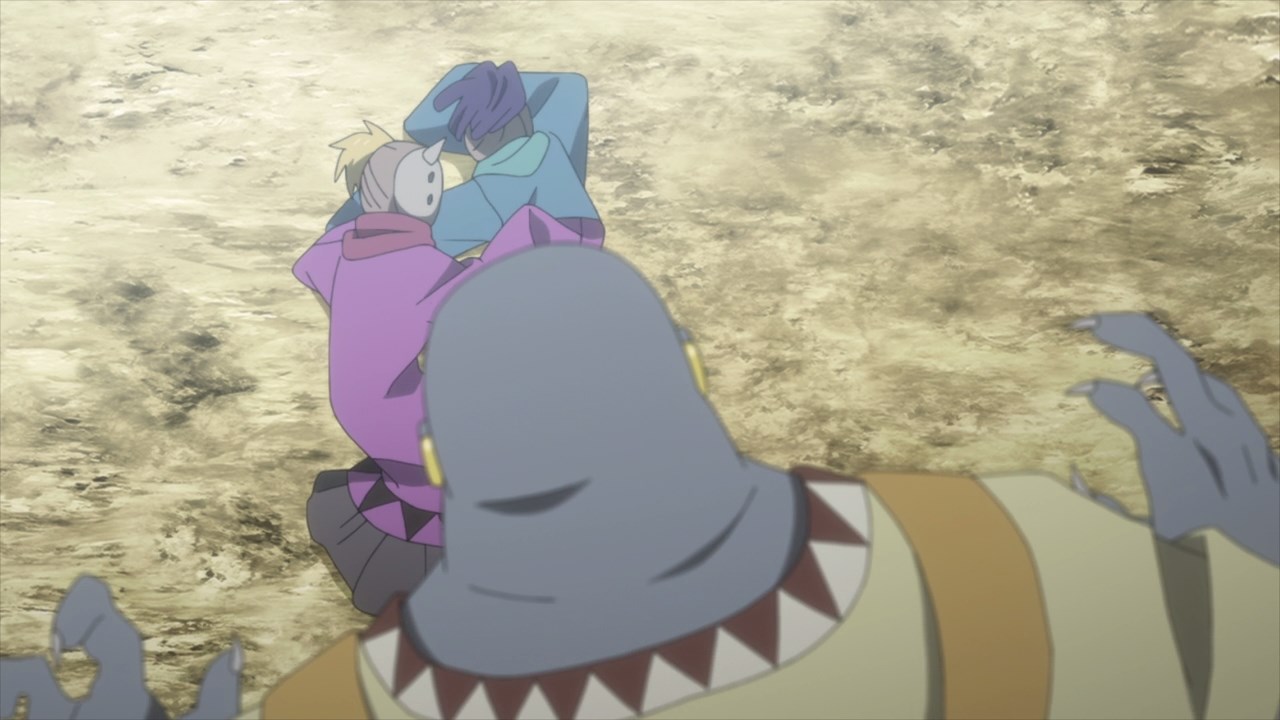 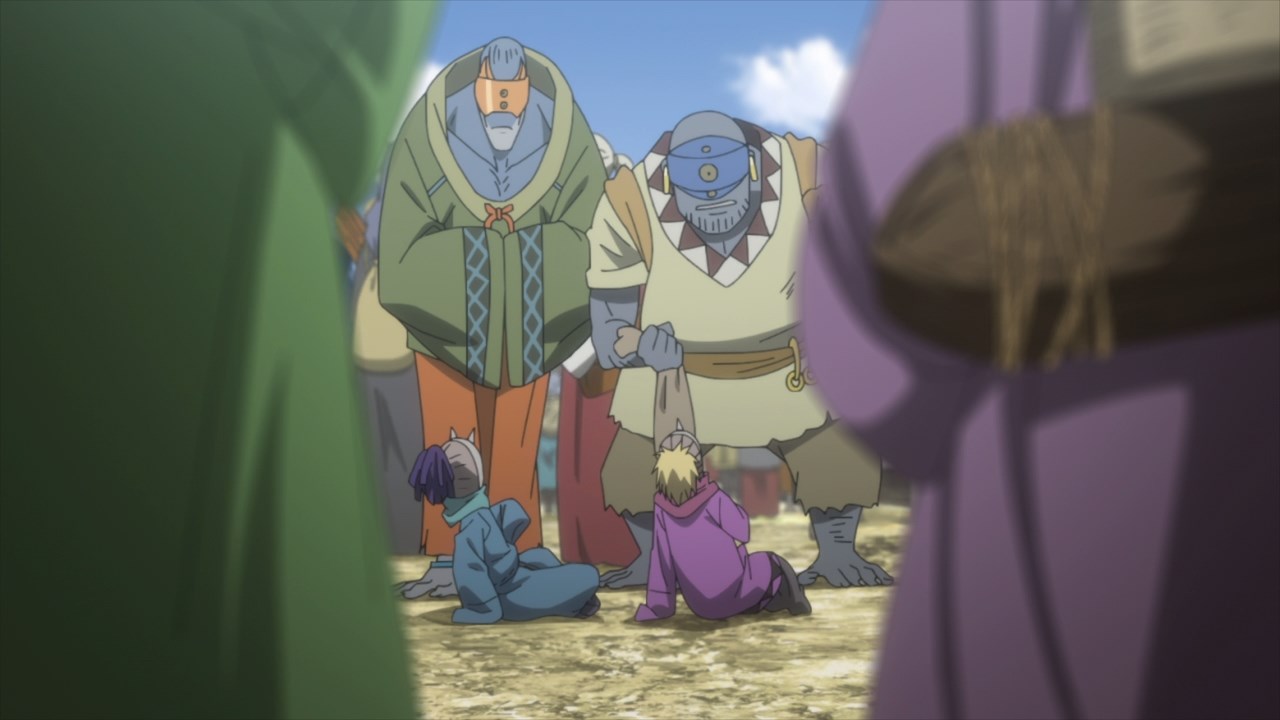 Unfortunately, Thoma and Lannion accidentally bumped into these two demons from before. Well, looks like they have no choice but to run away. 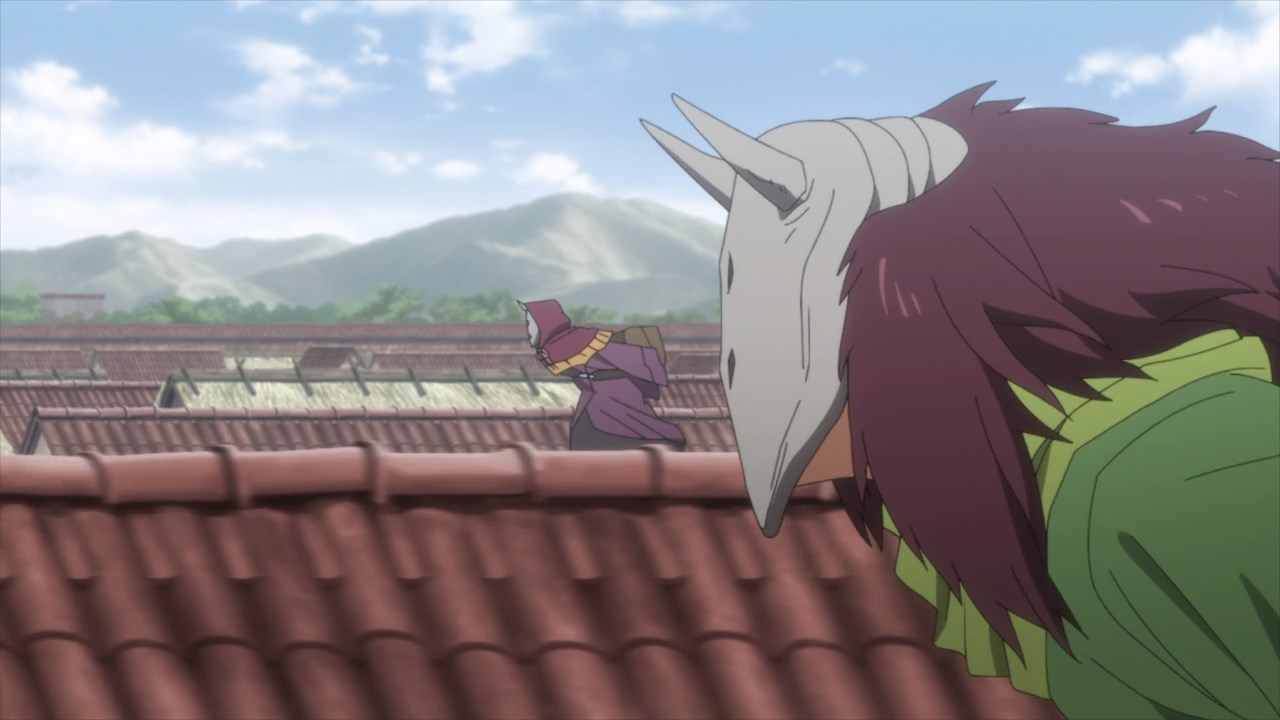 And as you can see, Emma and the rest are running on the rooftop. Okay, it appears that they played hide-and-seek way too much that they become ninjas. 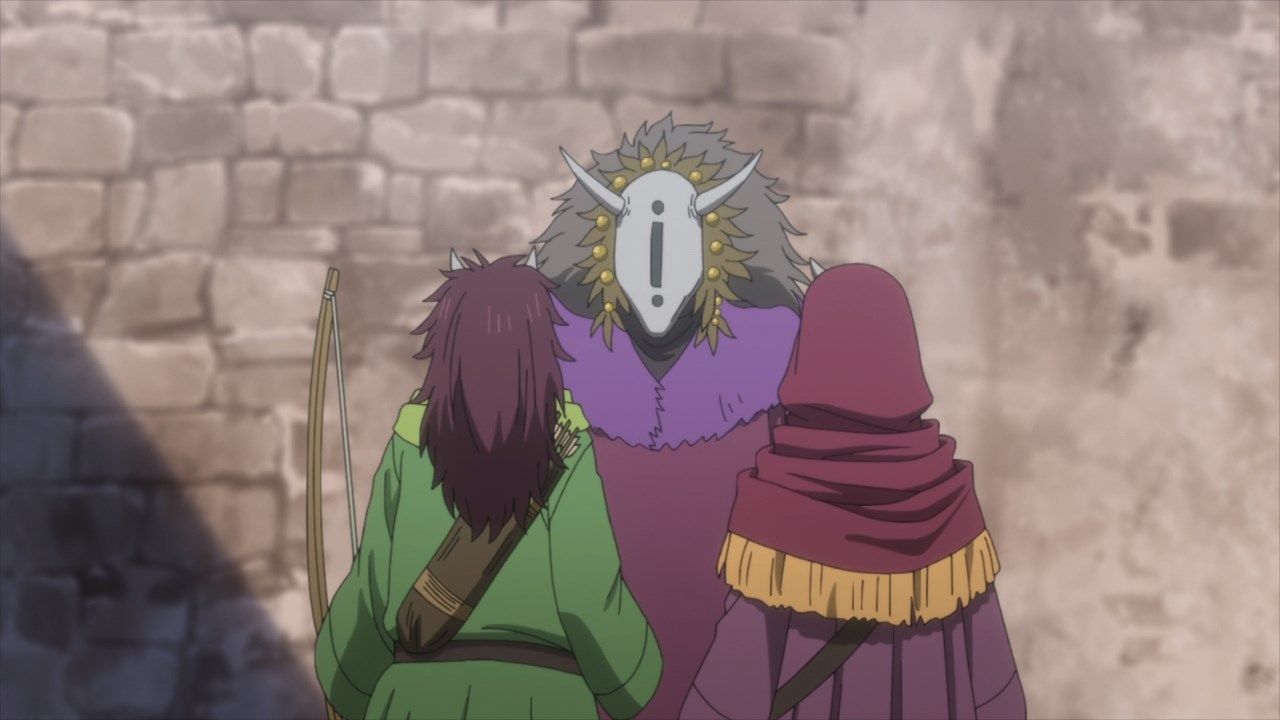 Unfortunately, Emma and Ray got caught by this hooded demon. Well then, looks like they have to escape to another alleyway. 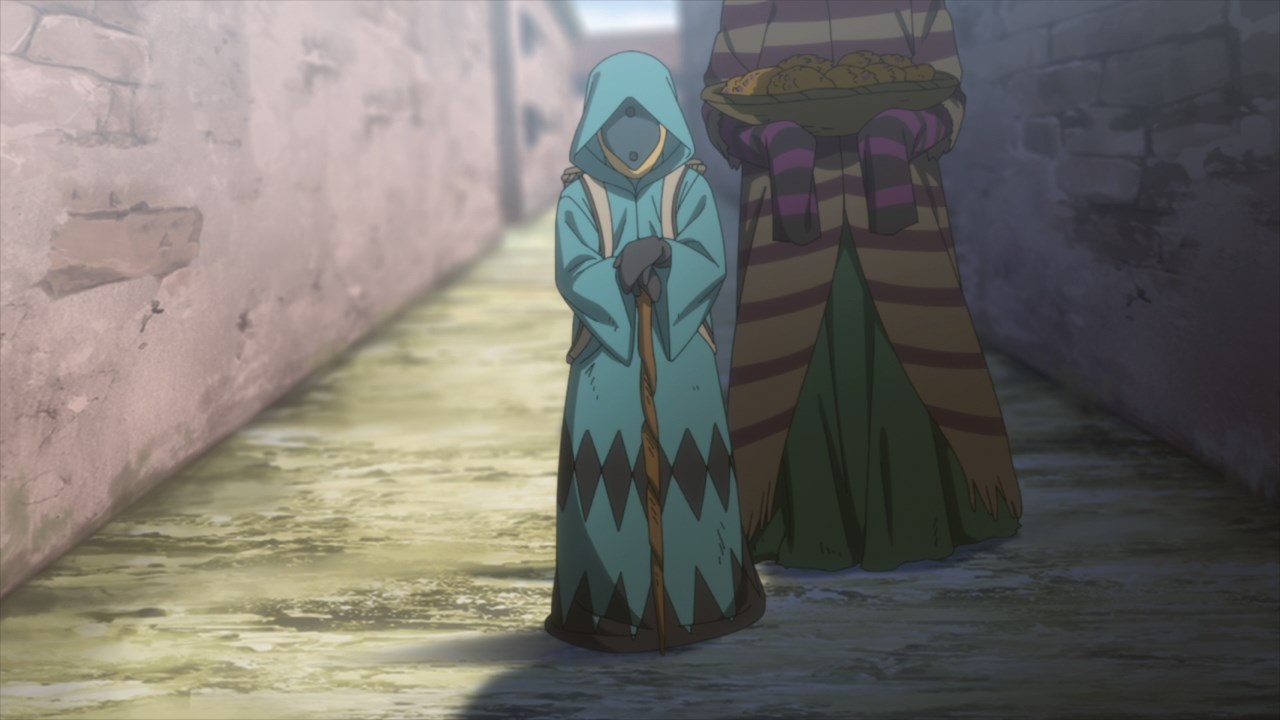 Except that they have nowhere to run when another hooded demon showed up. Okay, looks like Emma and Ray are screwed!

On the other hand, what happened to both Thoma and Lannion? Did they managed to escape from the demon town? 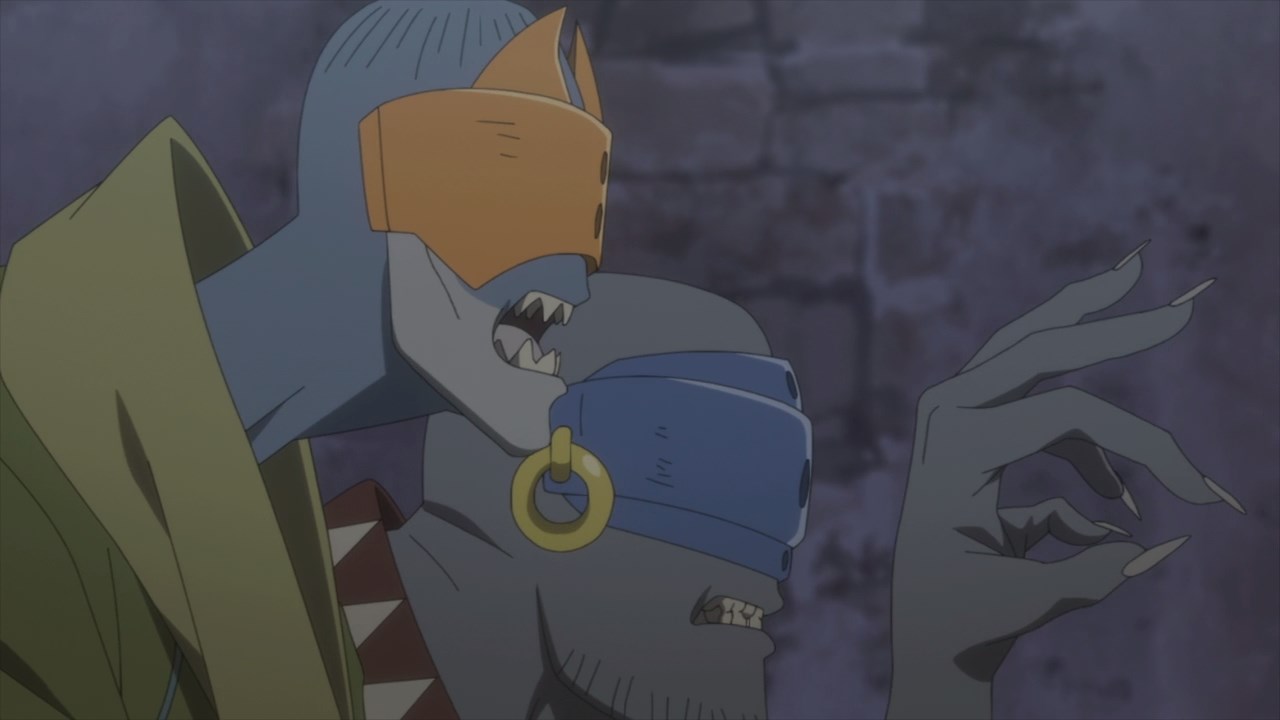 Meanwhile, looks like these two demons have arrived where they want to have a piece of both Emma and Ray. Man, I’m scared that they might get eaten by demons! 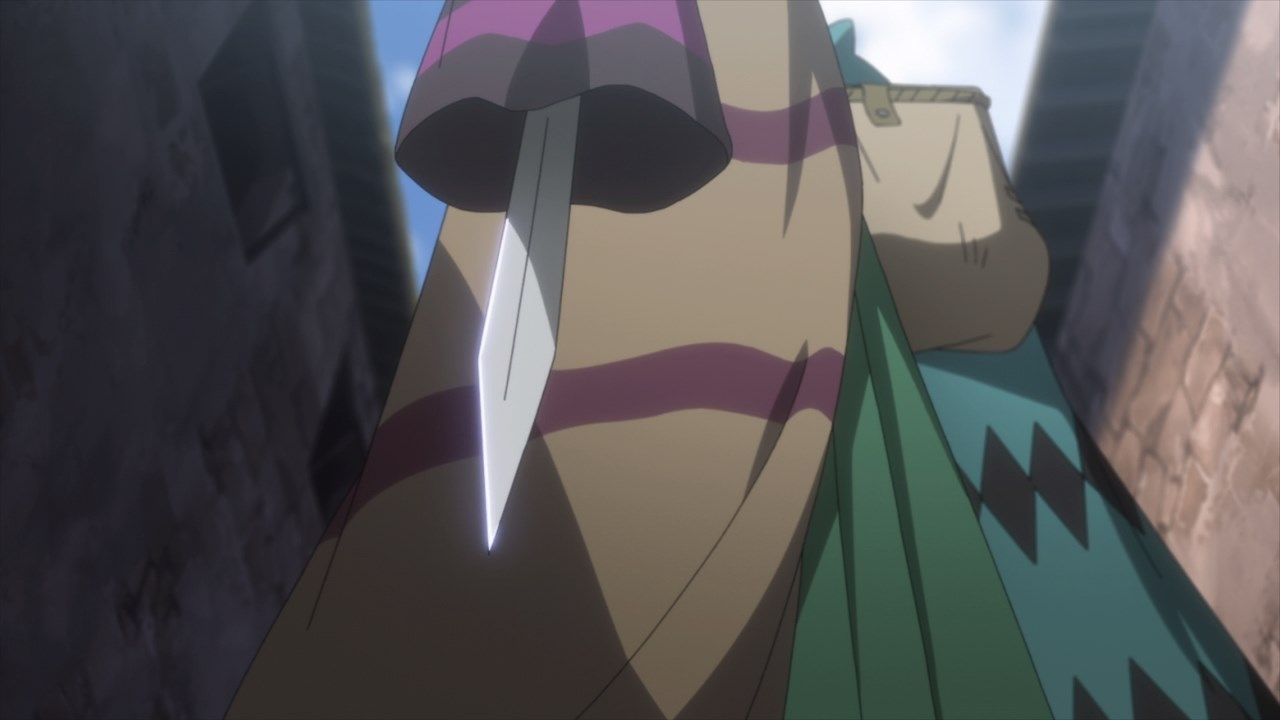 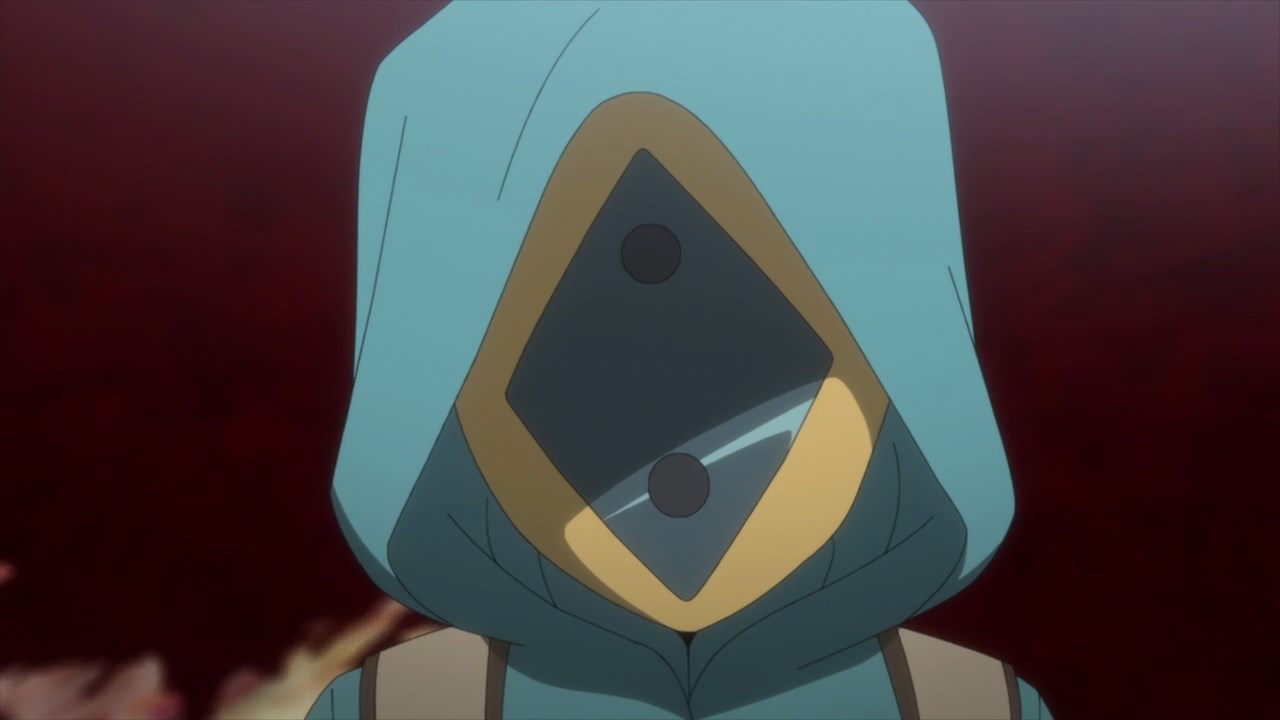 Unfortunately, they got a fatal cut when one of the hooded demons pulled a sword from its sleeve.

Well, it’s finders keepers for these hooded demons but wait a minute, there’s no way they can wield a sharp blade, let alone being concealed. 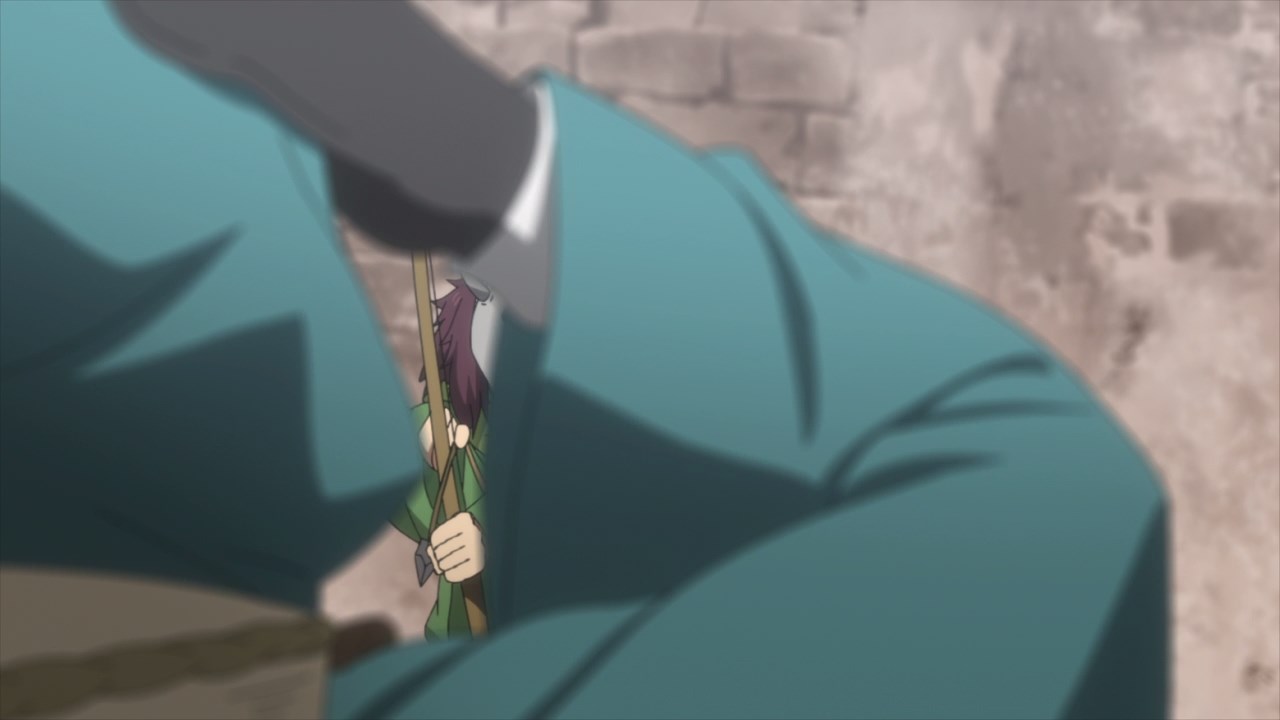 In any case, it seems that these hooded demons have no other choice but to reveal themselves as it’s getting very awkward when they save both Emma and Ray. 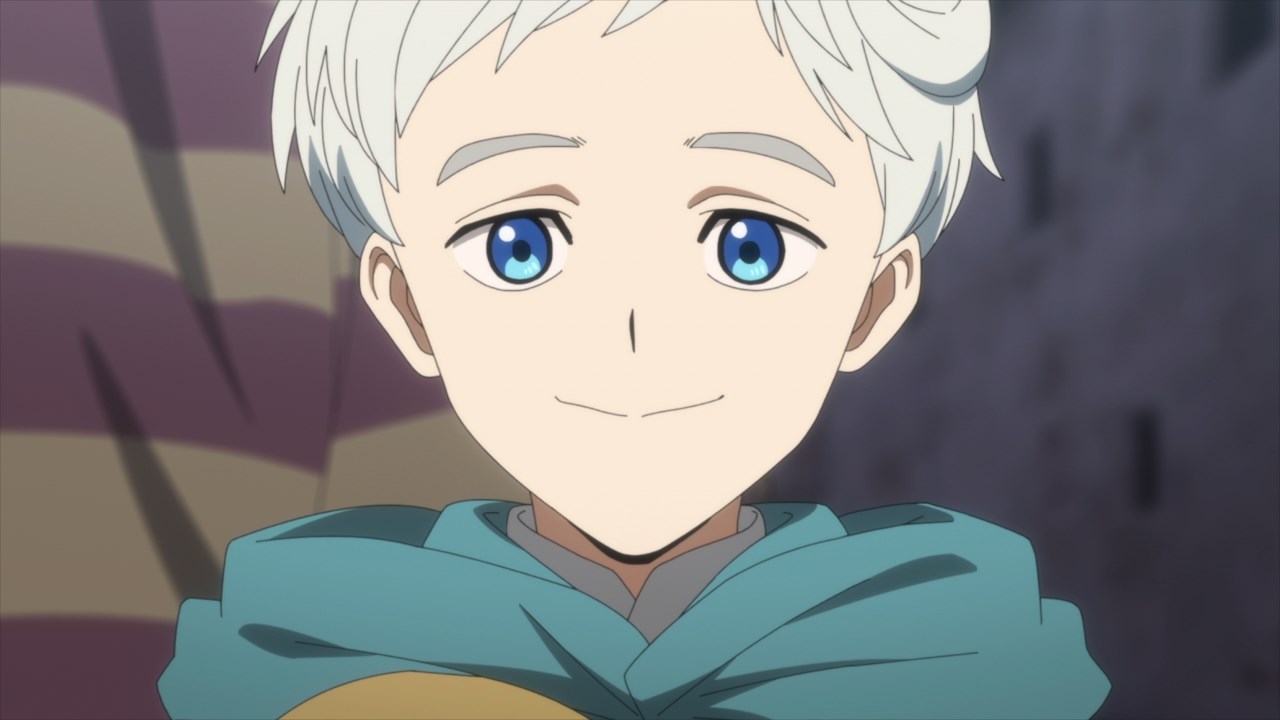 With that said, turns out that this demon is actually Norman and man, I can’t believe that Emma and Ray are reunited with their best buddy.

But seriously though, how come he survived and joined those hooded demons? Come to think of it, I wonder if those demons are actually humans in disguise? 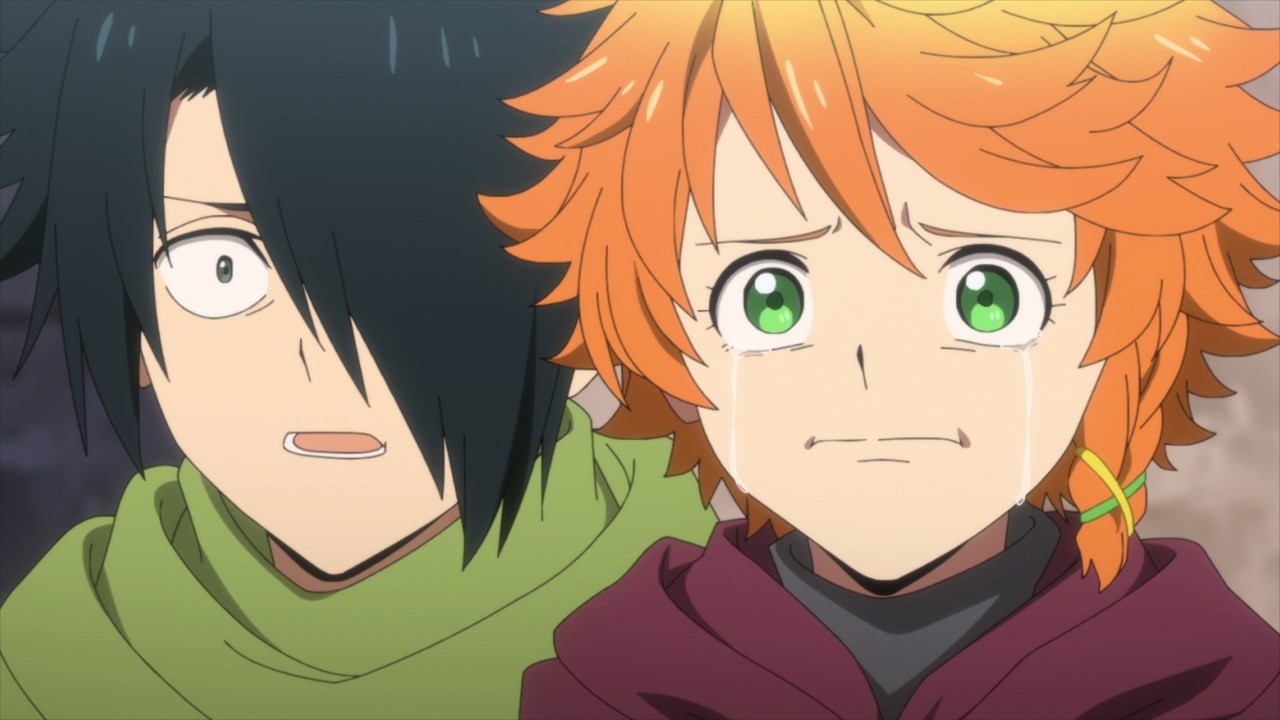 Still, I feel that the next episode will answer those questions as Ray and Emma are stunned. Unfortunately, Episode 6 will air on February 19 so it’ll be a long wait until then.

One last thing, it appears that some viewers don’t like this episode as it deviates from the manga. But since The Promised Neverland ended its run in Weekly Shonen Jump last year, it appears that Shueisha and Aniplex are trying to finish the story as fast as possible.