Posted on February 7, 2021 by benigmatica 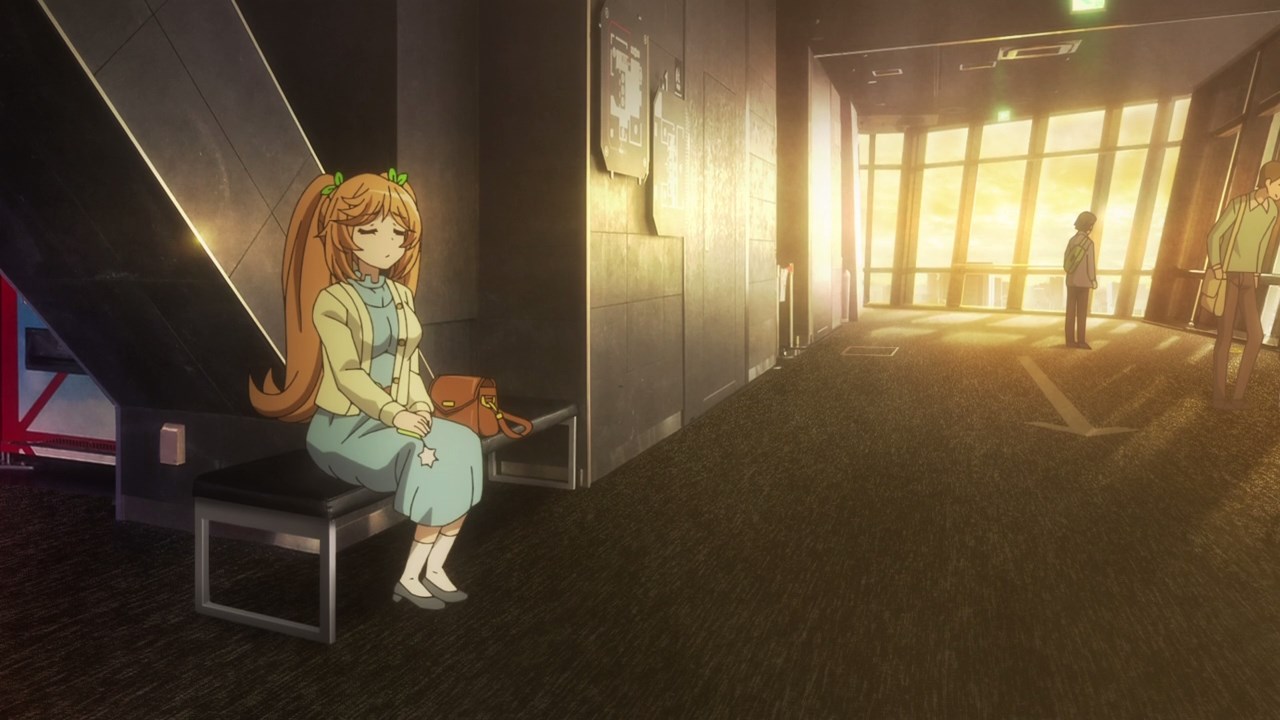 Well, here’s Akino Onko where she blamed herself for letting her team No Limit lose during the Futuring Diva tournament.

While I’m sad that Hirana Asu’s team got wrecked because Akino is affected by her past trauma, I think Akino should overcome it sooner or later. 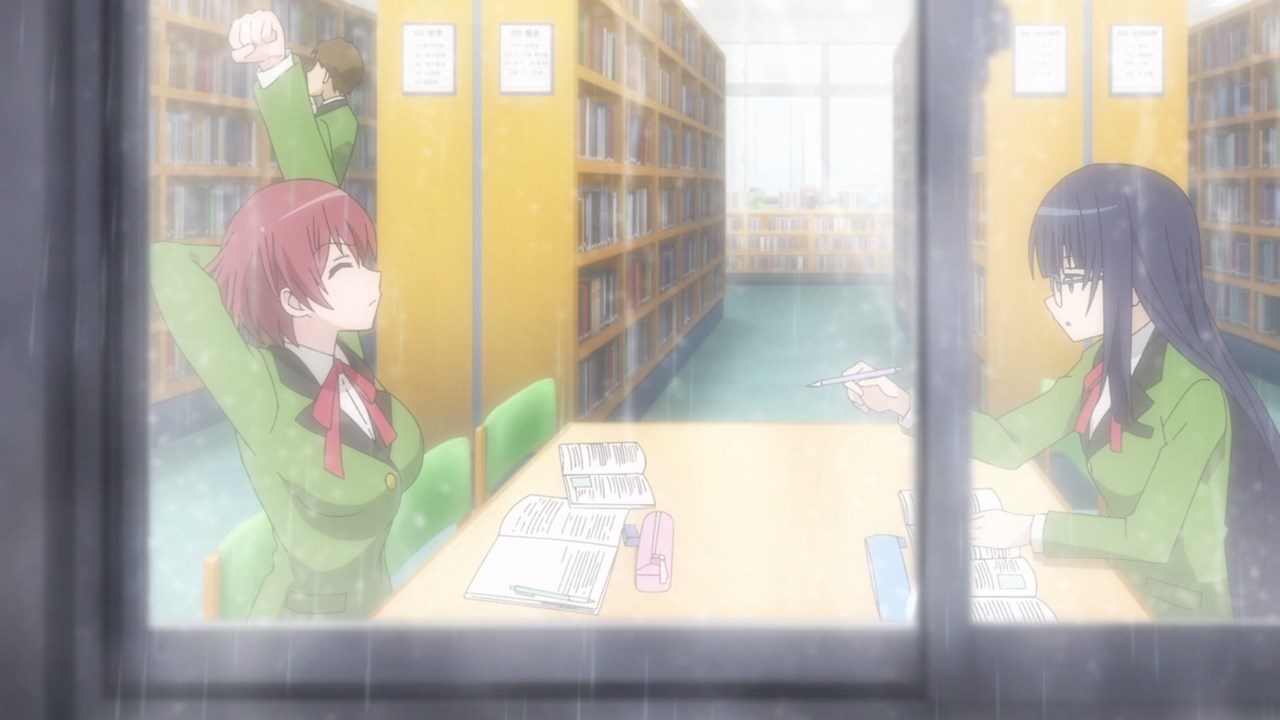 Meanwhile, here’s Hirana Asu where she’s having a study session with Rei Sakigake. Oh and in regards to Akino, they don’t blame her for their loss against Uchuu no Hajimari. 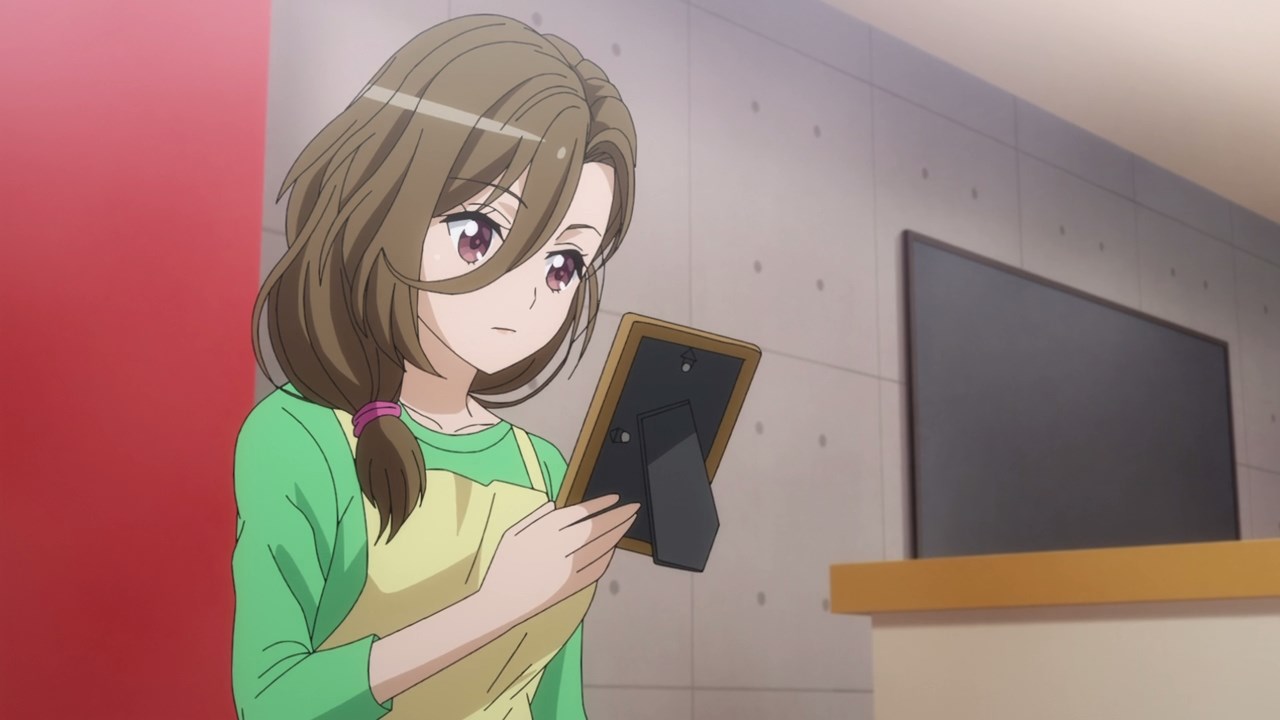 Now then, let’s talk about Azami Yuki where the owner of the hobby shop Heaven’s Door has a secret, although it’s not yet confirmed. 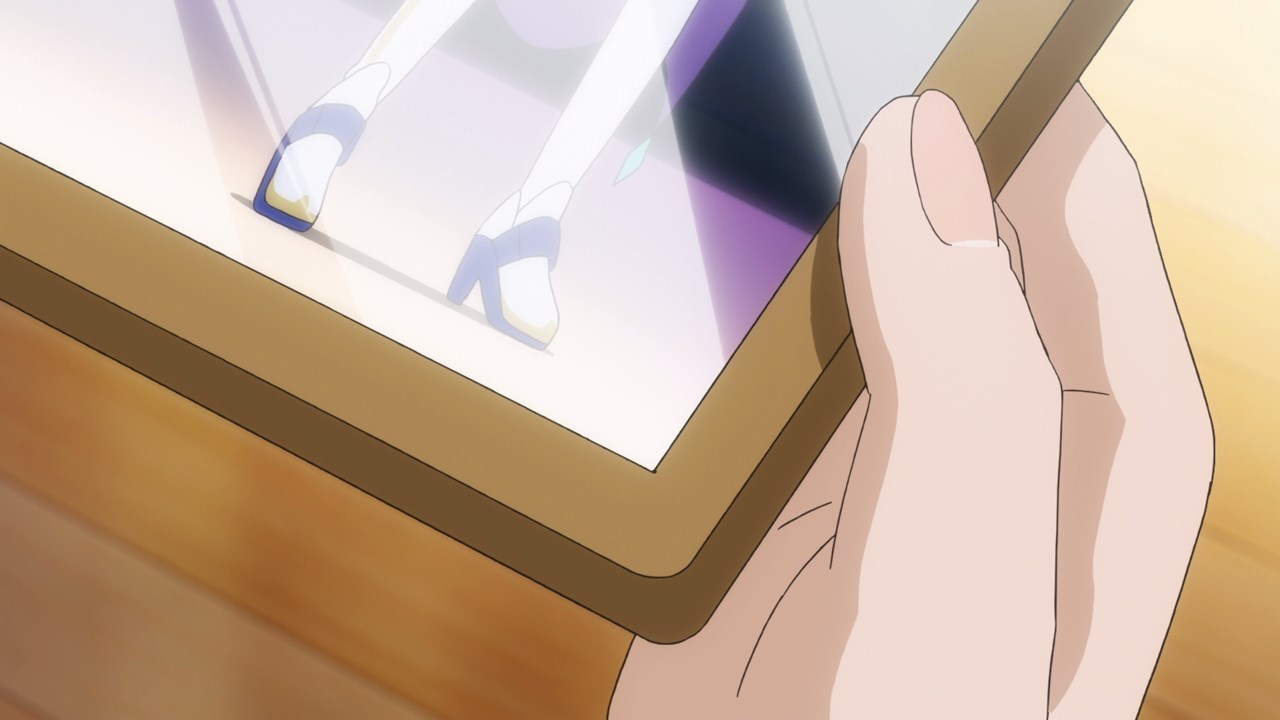 You see, there’s a rumor that Azami was once a powerful LRIG where she’s a member of the famous diva unit called Mugen Shoujo. If it’s confirmed, I feel that she might become the final boss later on. 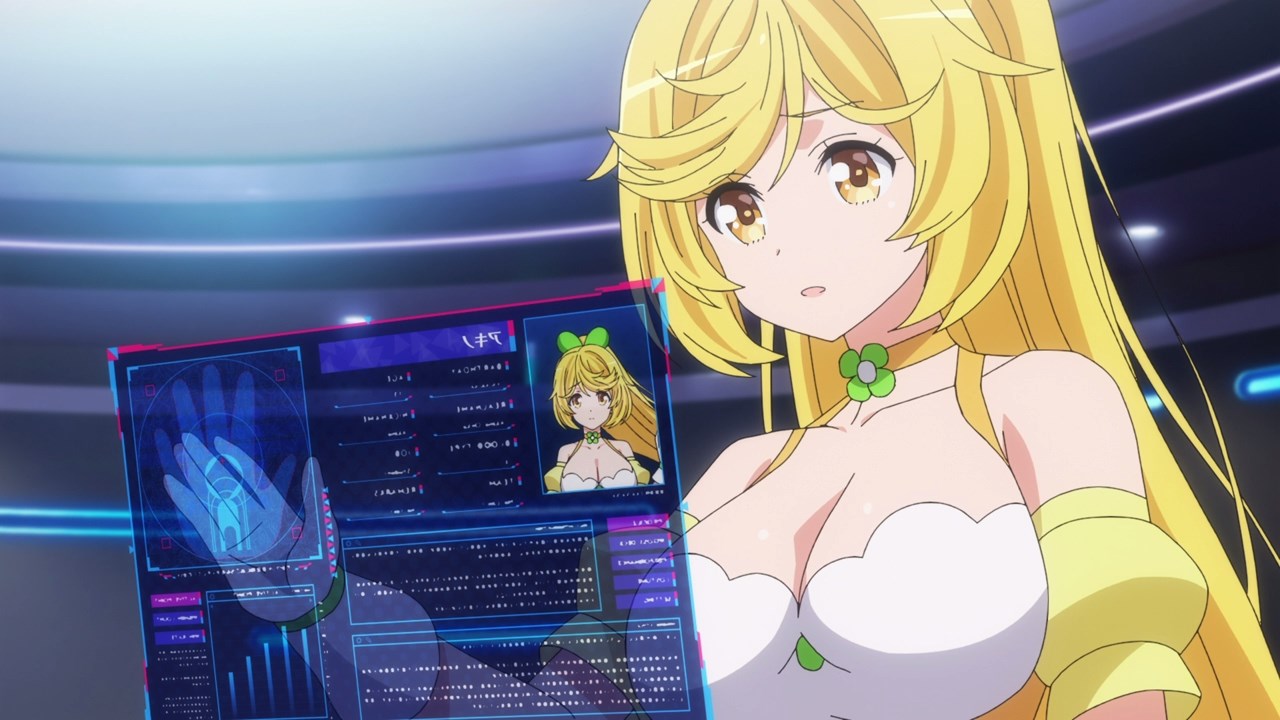 Now let’s return to Akino where she’s contemplating on whether to continue playing or decided to delete her WIXOSS Land account. It would be sad if Akino deletes her account, meaning that Hirana and Rei will have to find a replacement. 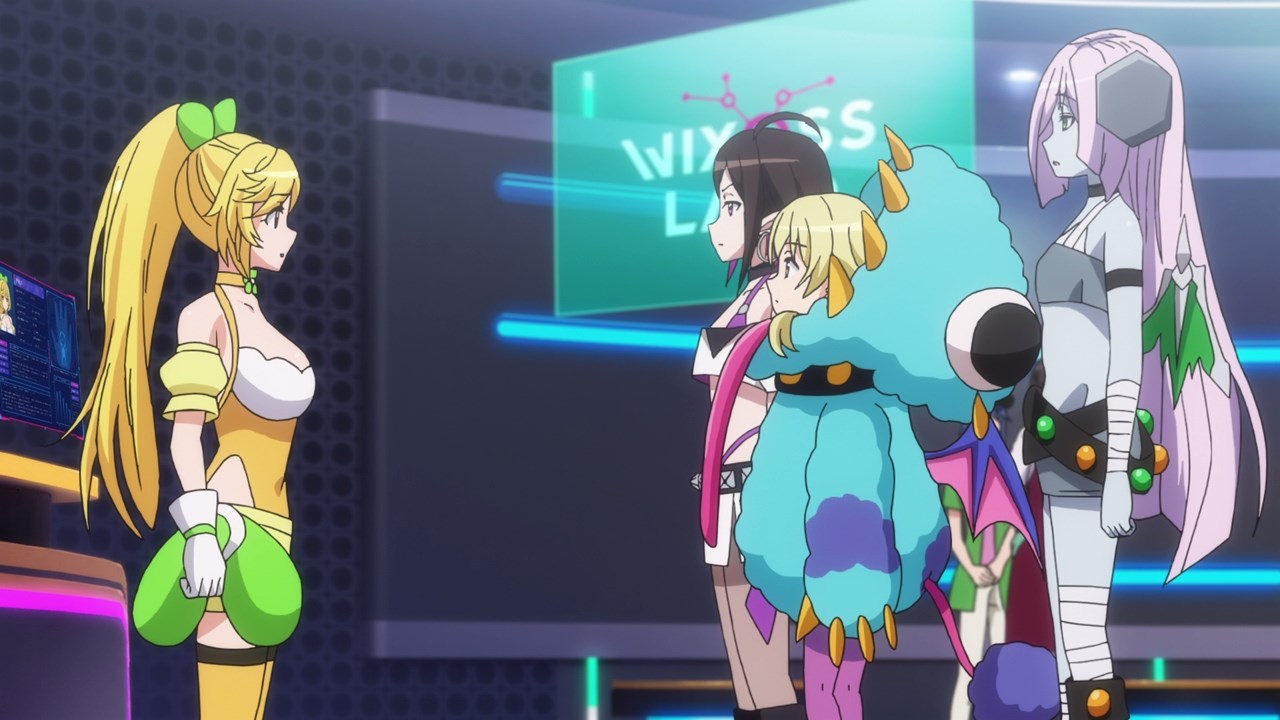 On the other hand, Akino encountered Uchuu no Hajimari where they’re surprised that she’s about to delete her account. Um Dr. Tamago, is your team winning in the Futuring Diva tournament?

In any case, Dr. Tamago and her friends told Akino to be herself and overcome her fears instead of running away. I mean, they don’t want to lose a worthy opponent but seriously though, I’m salty that No Limit lost to Uchuu no Hajimari. 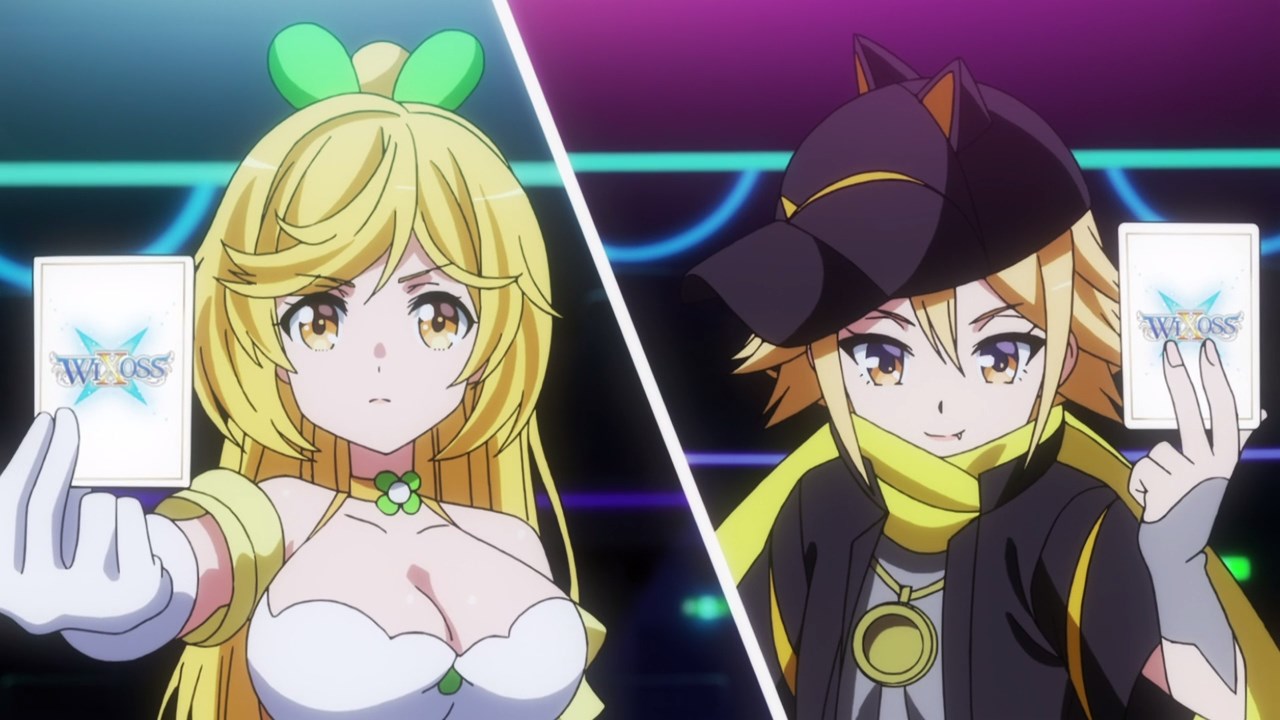 Now then, looks like No Limit will face Card Jockey in the last game of the Futuring Diva tournament.

While MC Lion and her buddies are aiming to win the tournament, No Limit has a sudden change of leadership as Akino becomes the center for this crucial game. 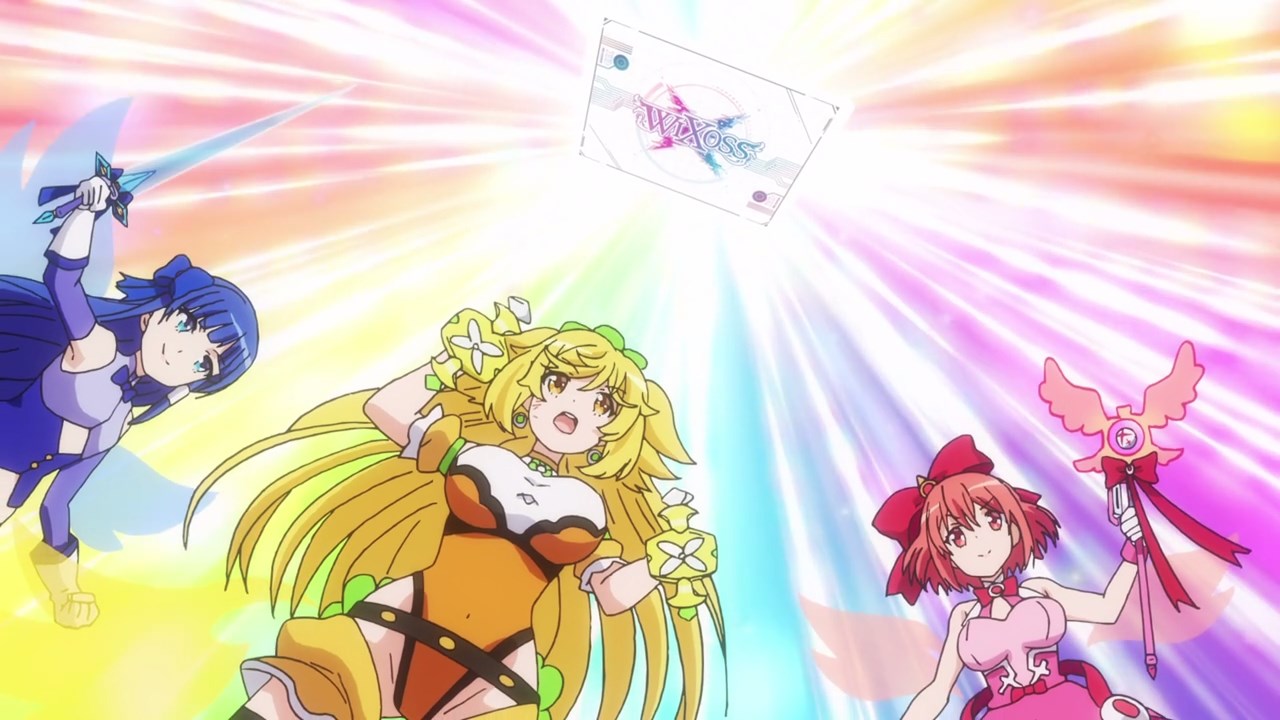 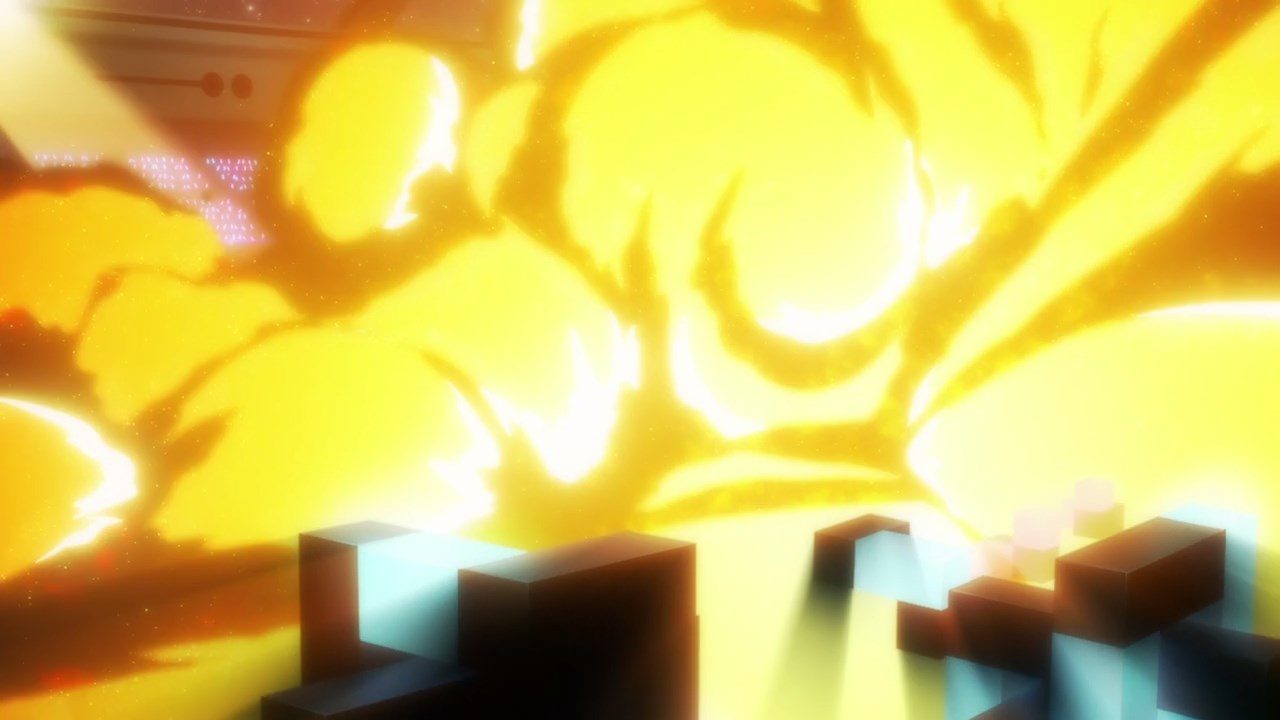 Anyways, it’s time to finish this match as Akino activates a Piece card, which she sends an explosive attack at Card Jockey. Of course, is it enough to beat them? 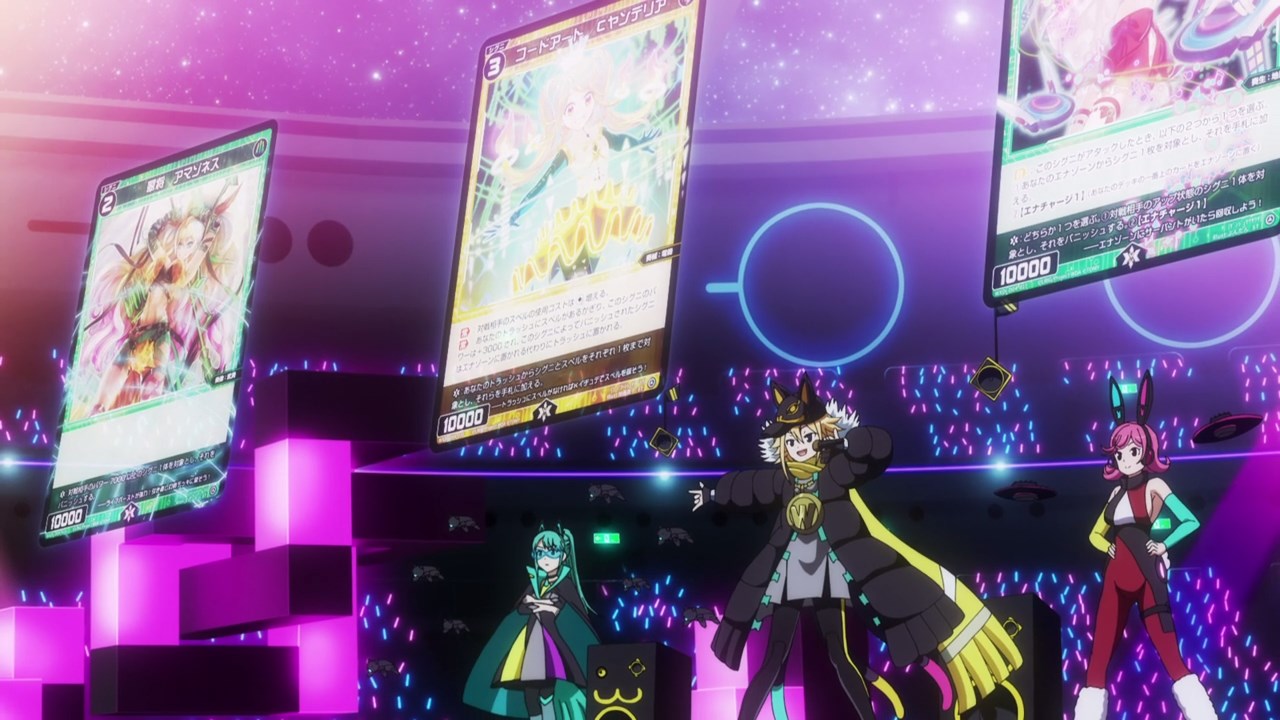 Actually, MC Lion and her friends activated their trap card which nullifies the opponent’s attack. 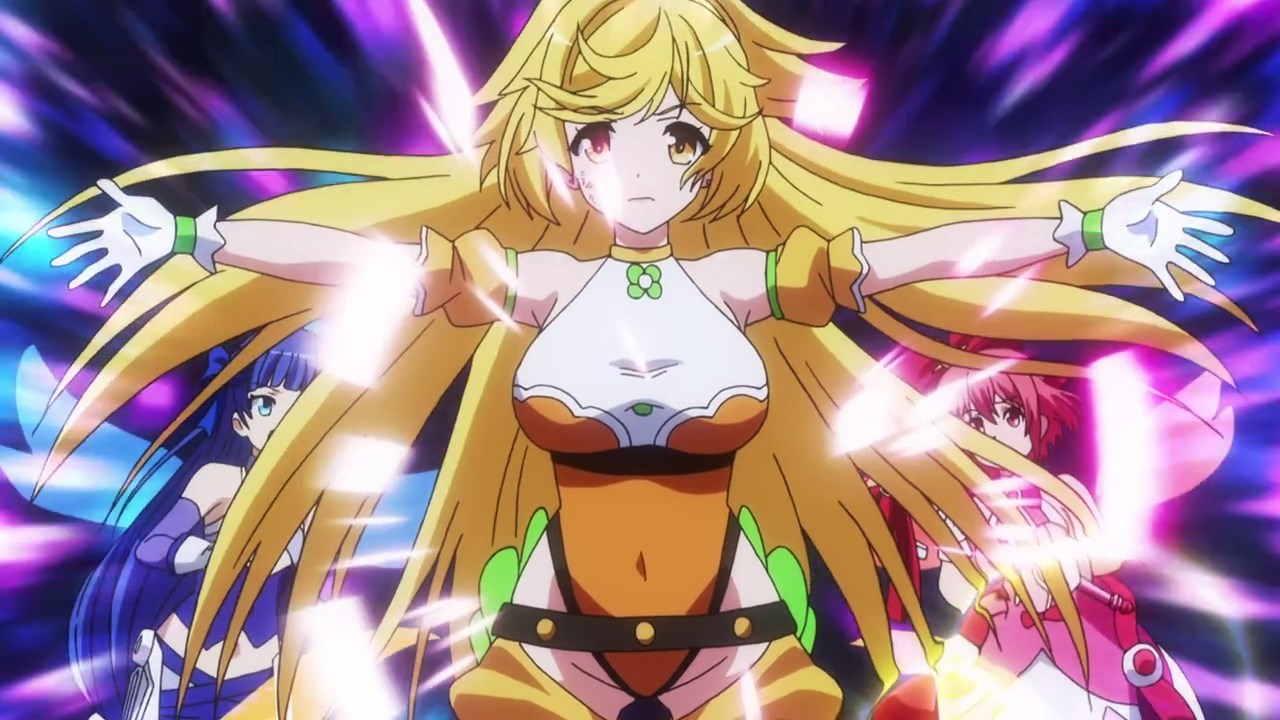 And since No Limit is on the offensive, this leaves them vulnerable to Card Jockey’s counter-attack. While Akino tries to defend her teammates, she can’t withstand Card Jockey’s relentless barrage. 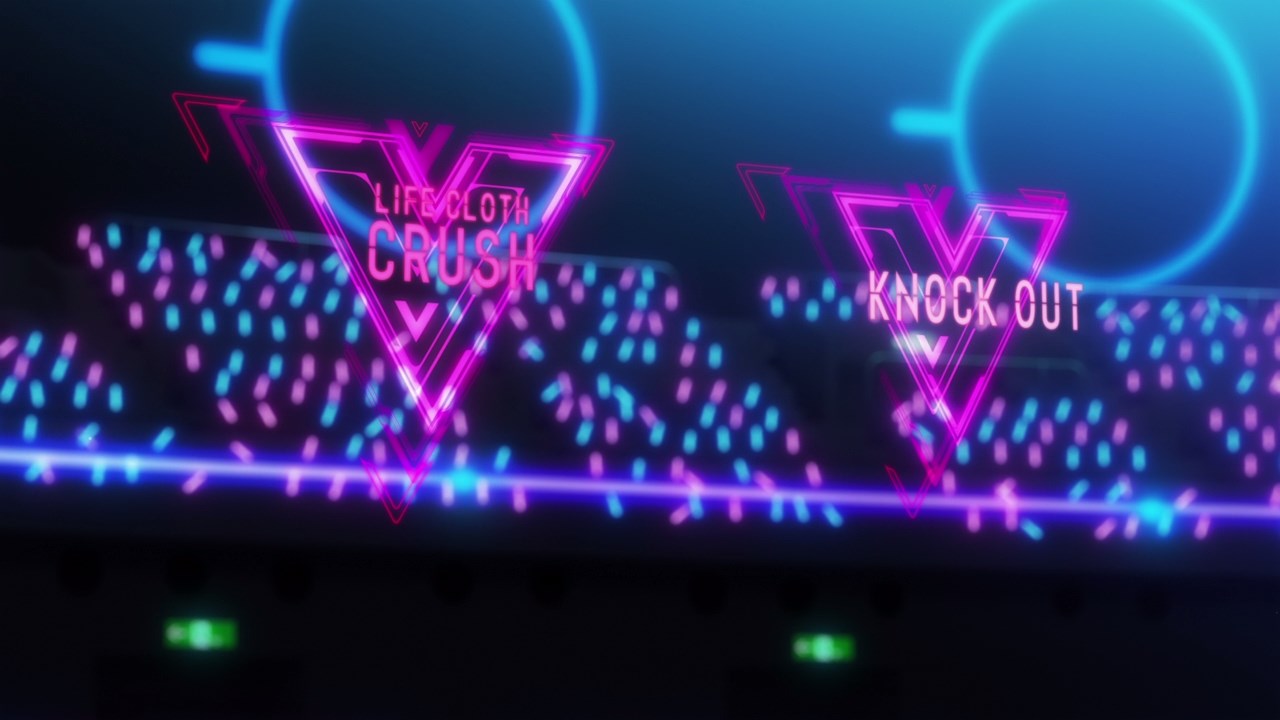 With that said, looks like No Limit lost a 2nd time and man, I fear that it might continue their losing spree if Hirana and her friends can’t bounce back from their defeat.

As for Card Jockey, looks like they won the Futuring Diva tournament. Then again, they only won a small tournament as Card Jockey haven’t become the No. 1 diva unit in WIXOSS Land. 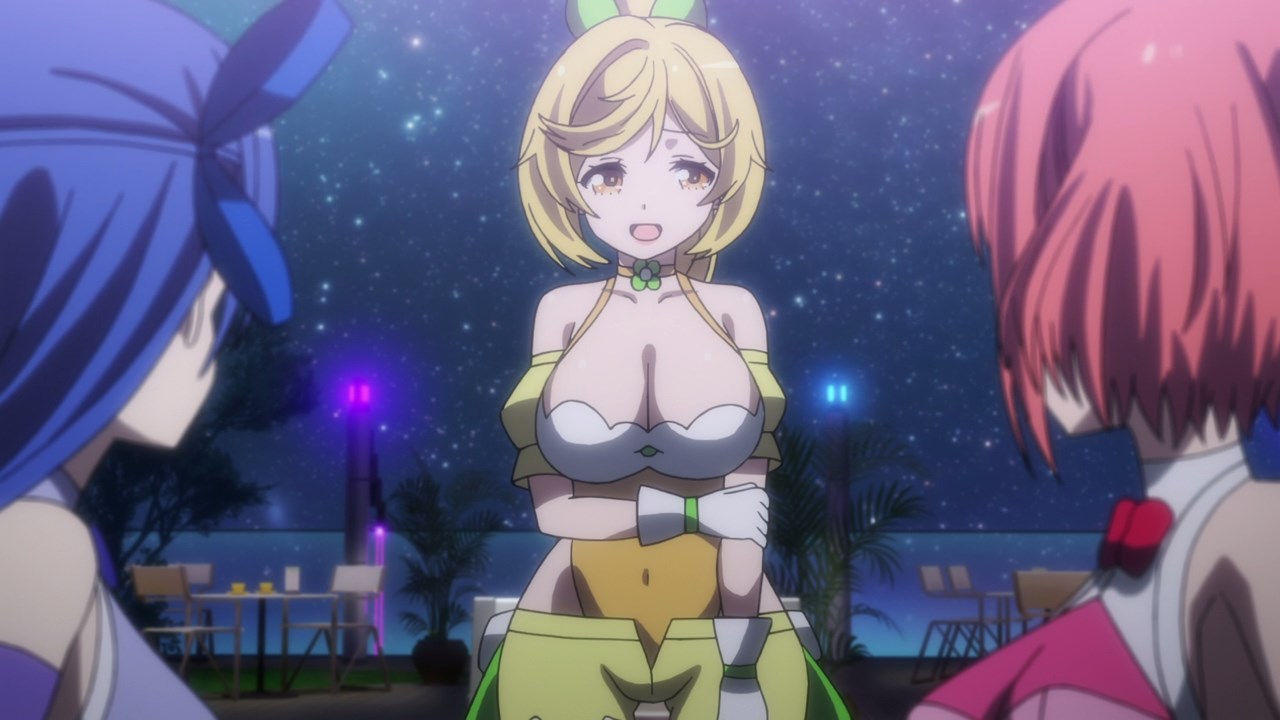 Meanwhile, here’s Akino as she wants to apologize for losing another match. Of course, both Hirana and Rei forgive her as they’re aiming to become better once the next tournament starts. 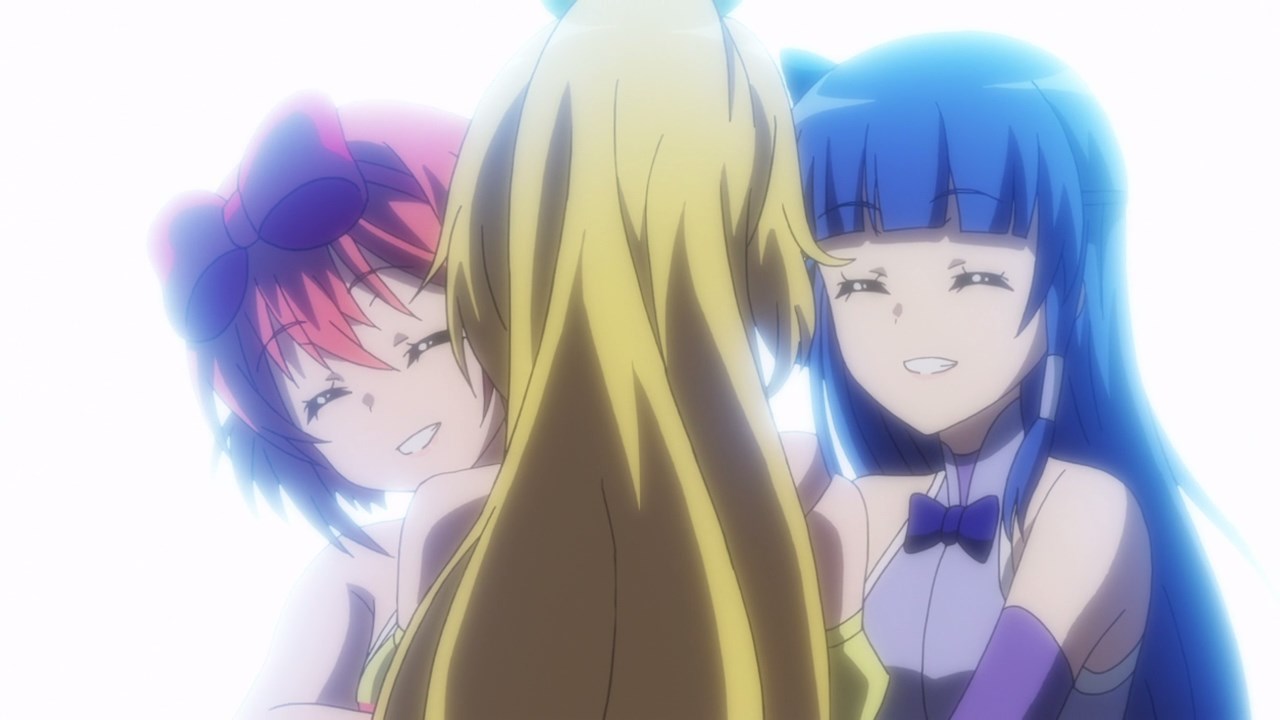 Well then, it appears that Akino managed to overcome her fears but man, losing sucks as No Limit needs to win if they want to become the best diva unit. Anyways, I’ll see you next time!