Posted on February 9, 2021 by benigmatica 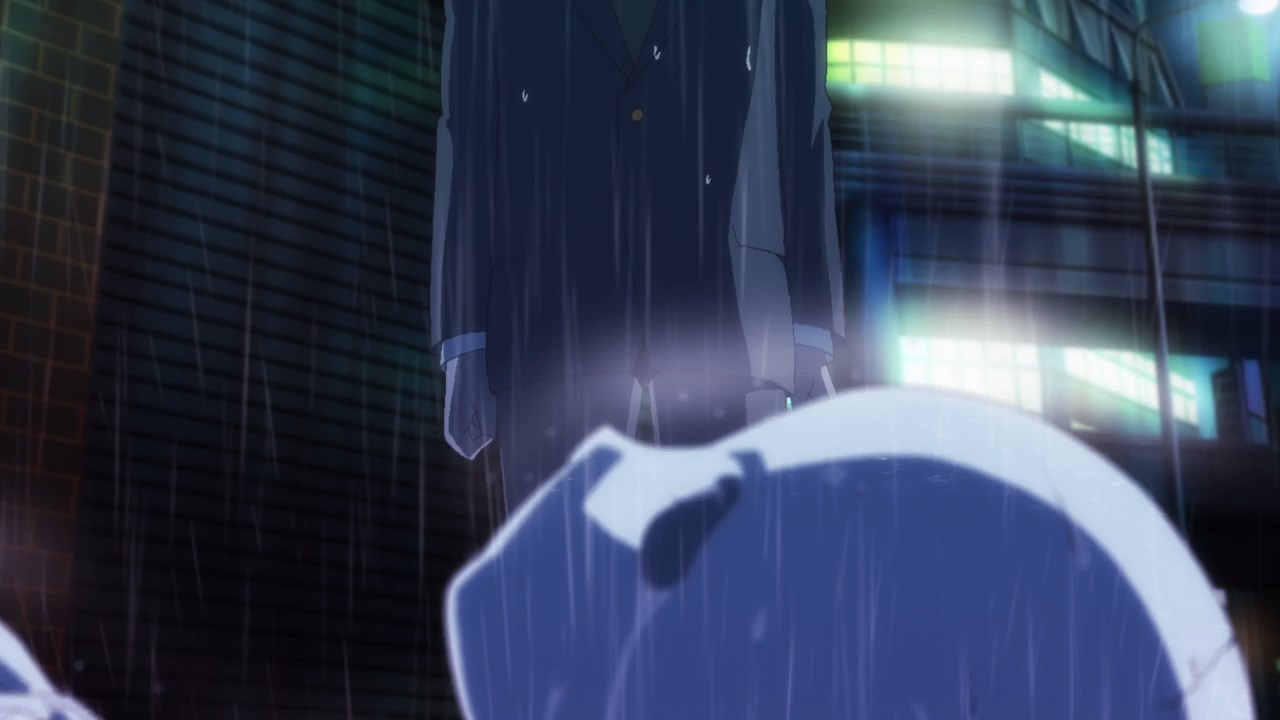 On this episode, there’s a man who found a broken Act Doll. Not sure if this one is Alice though. 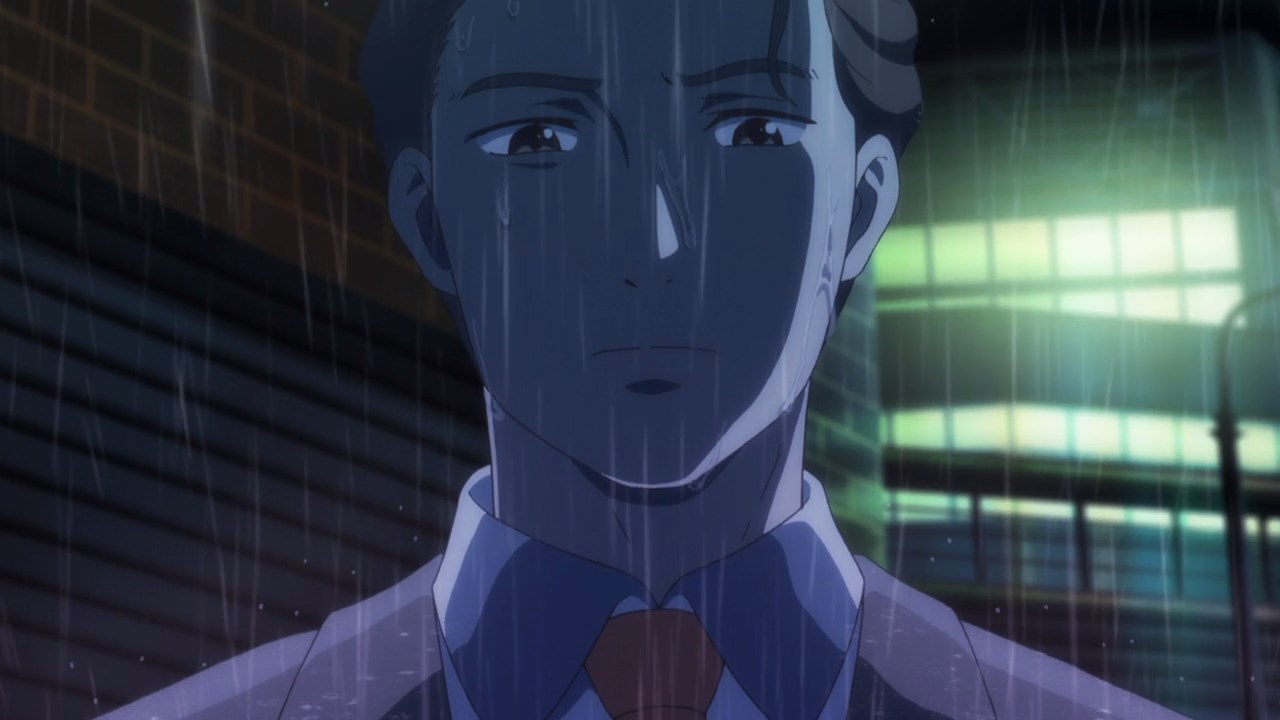 Oh, and this man’s name is Hirokazu Takezaki in which he got lucky that he can get an Act Doll for his theater. I have a bad feeling about this. 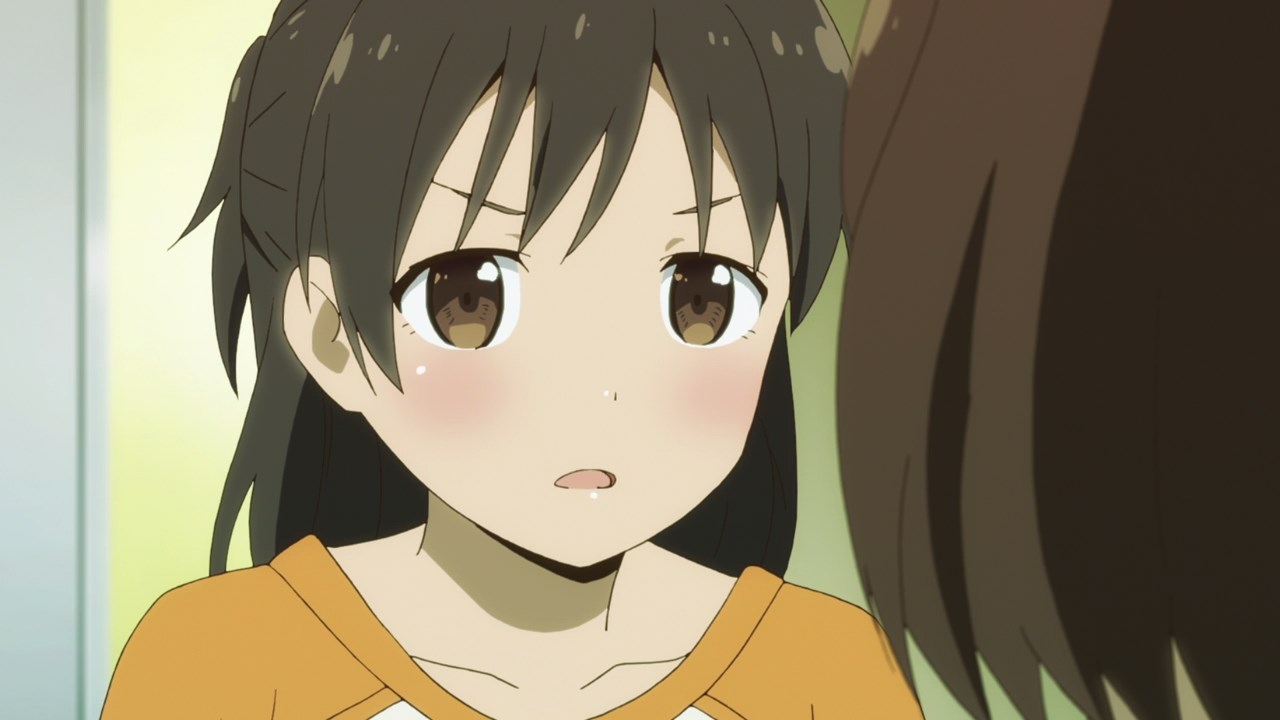 Meanwhile, Airi Kagami told Seria Morino that she’ll take over the lead role. I mean, Airi got a broken leg after all. 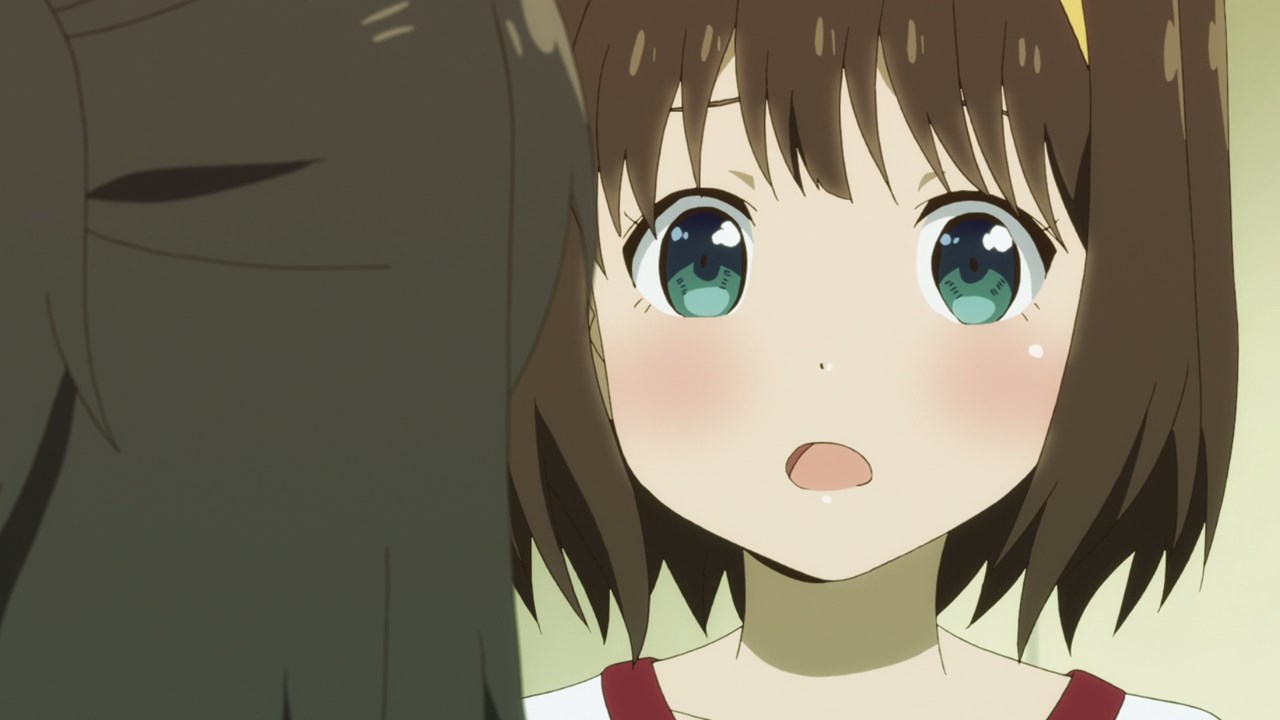 Even Seria is surprised by the sudden decision. Consider that she was attacked by Alice in the previous episode, it’s inevitable that Morino will take the lead. 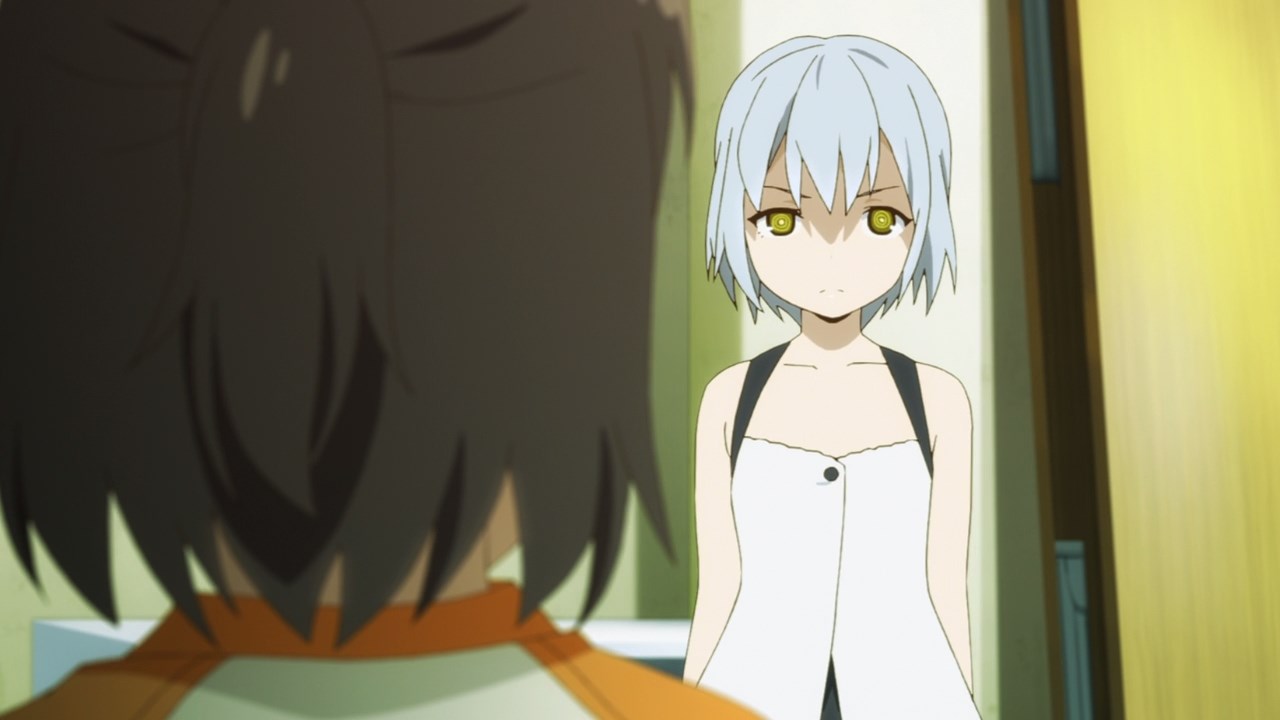 Speaking of Alice, it appears that she’s getting jealous towards Airi. Man, it would be bad if Alice is gonna murder everyone just to take Seria for herself. 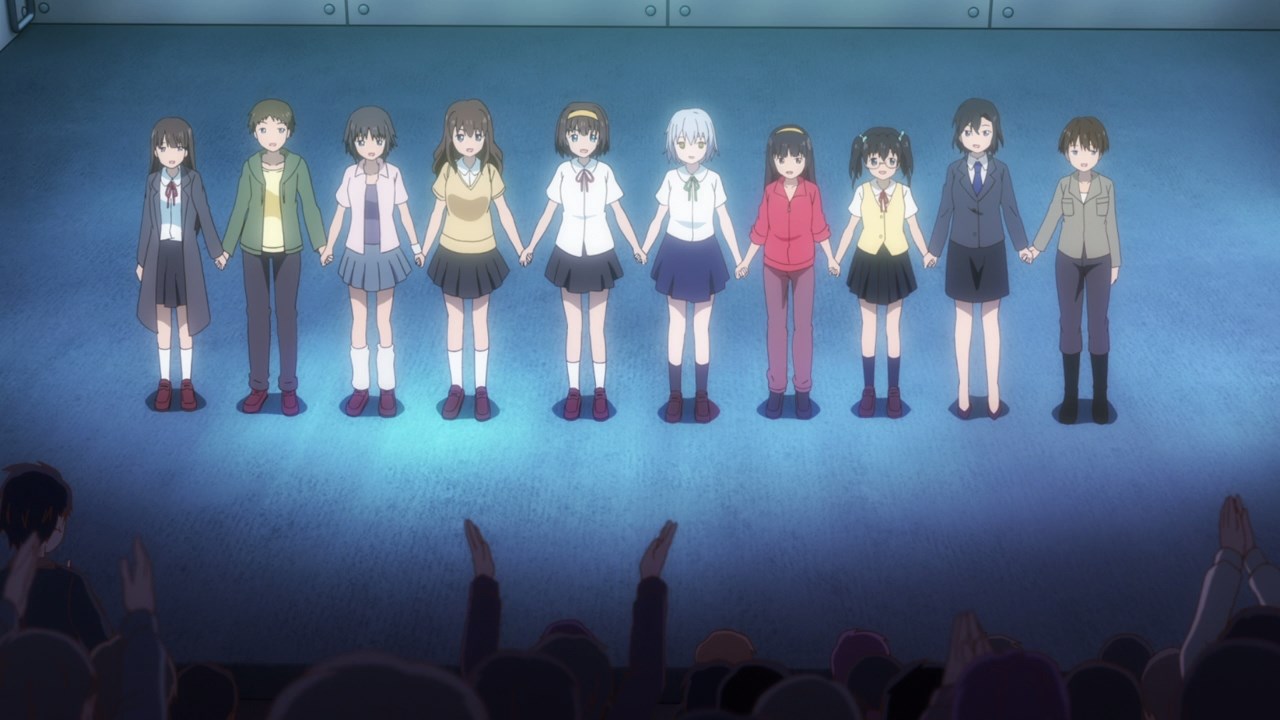 Regardless, Alice in Theater put on a good show as Seria did her best in her lead role. 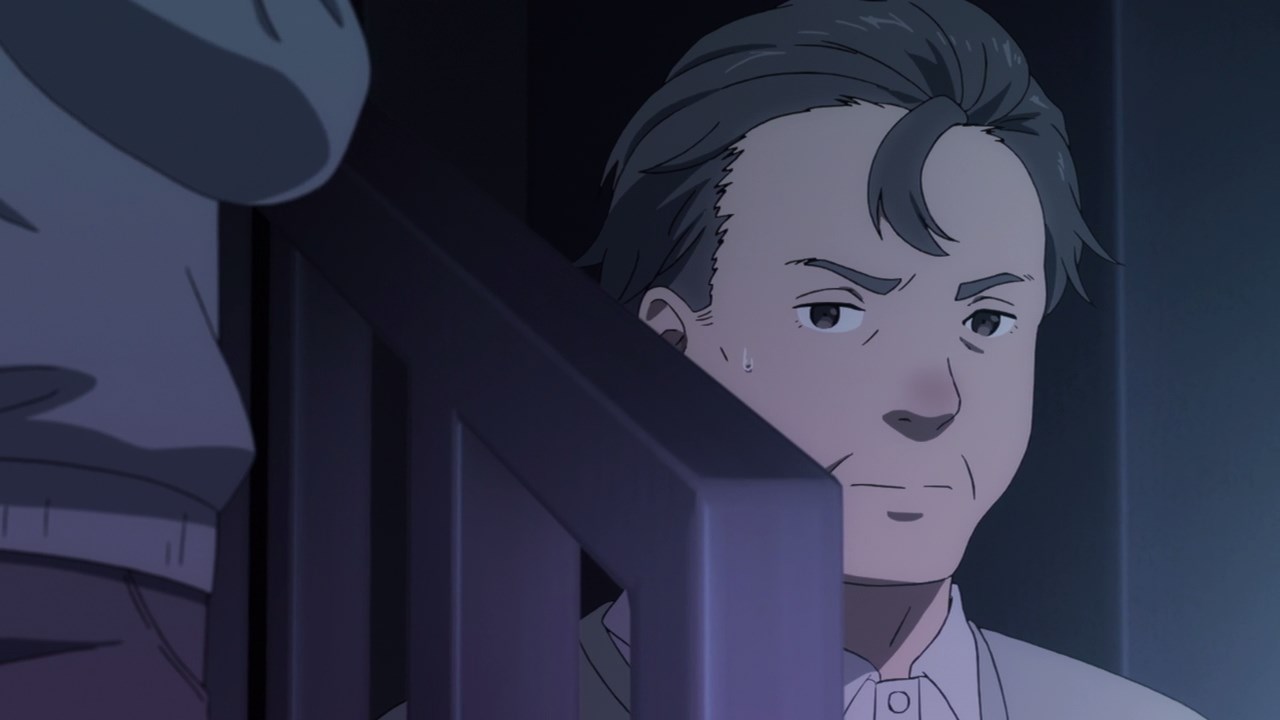 Of course, there are a few who are concerned about Alice as Masahiro Mino is worried that Alice might lose control of her programming. 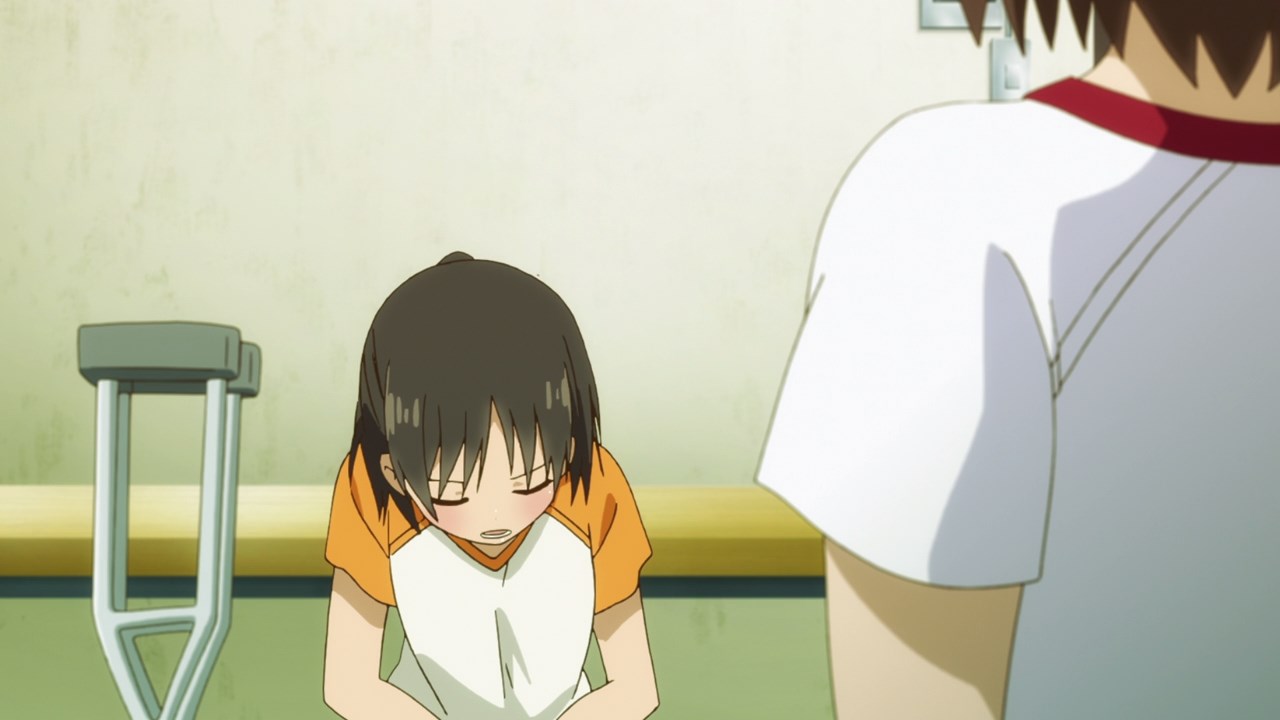 Meanwhile, here’s Airi Kagami where she criticize Seria Morino for emulating Airi’s acting skills rather than showing her own. C’mon, Seria learned the fundamentals so it’s time to show her true self. 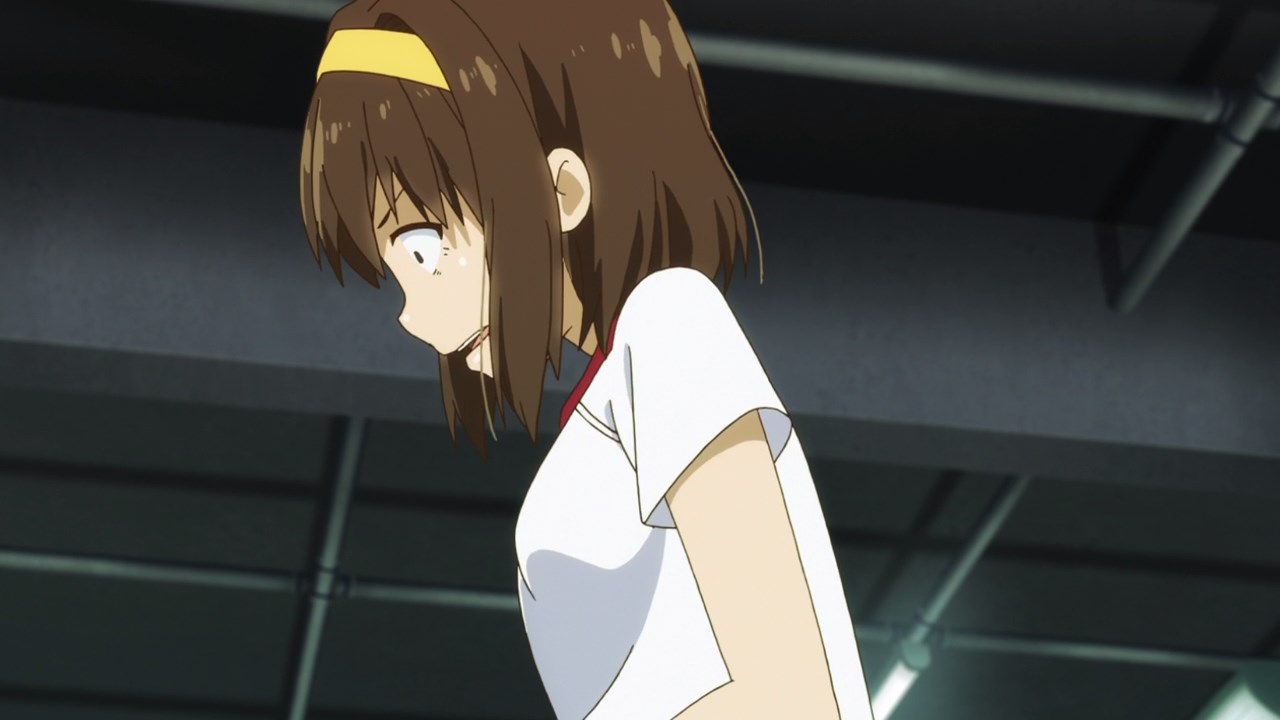 Except that she refused to take criticism as Seria Morio will continue to imitate Airi Kagami.

Oh yeah, and Seria is starting to lose herself as she doesn’t like being compared to her dead twin-sister Alice. 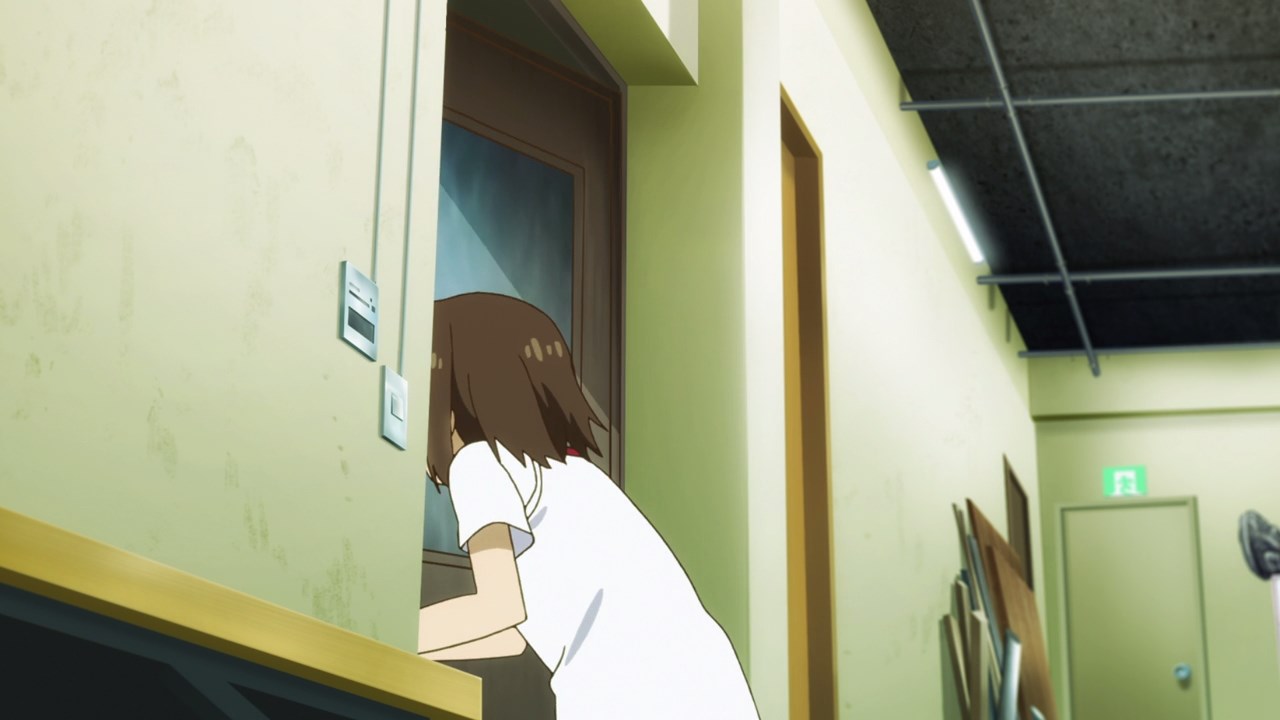 Anyways, Seria runs away after making an emotional outburst towards Airi. Man, I feel that she needs some emotional help. 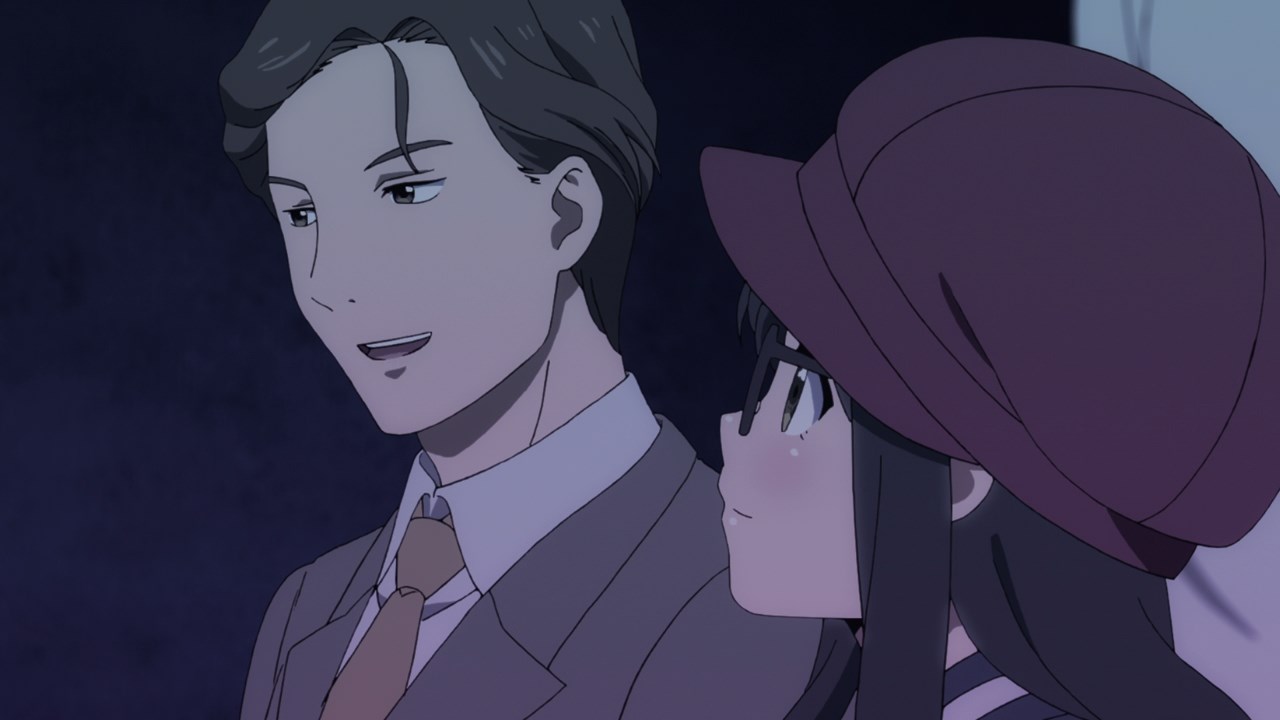 Now then, it’s the 3rd day of the “Alice in Deadly School” stage play where Hirokazu Takezaki and Izumi Hinazaki are here to see it.

Of course, let’s not forget that Hirokazu plans to get his hands on Doll (or Alice) for his Super Material Theater. So yeah, don’t trust Takezaki. 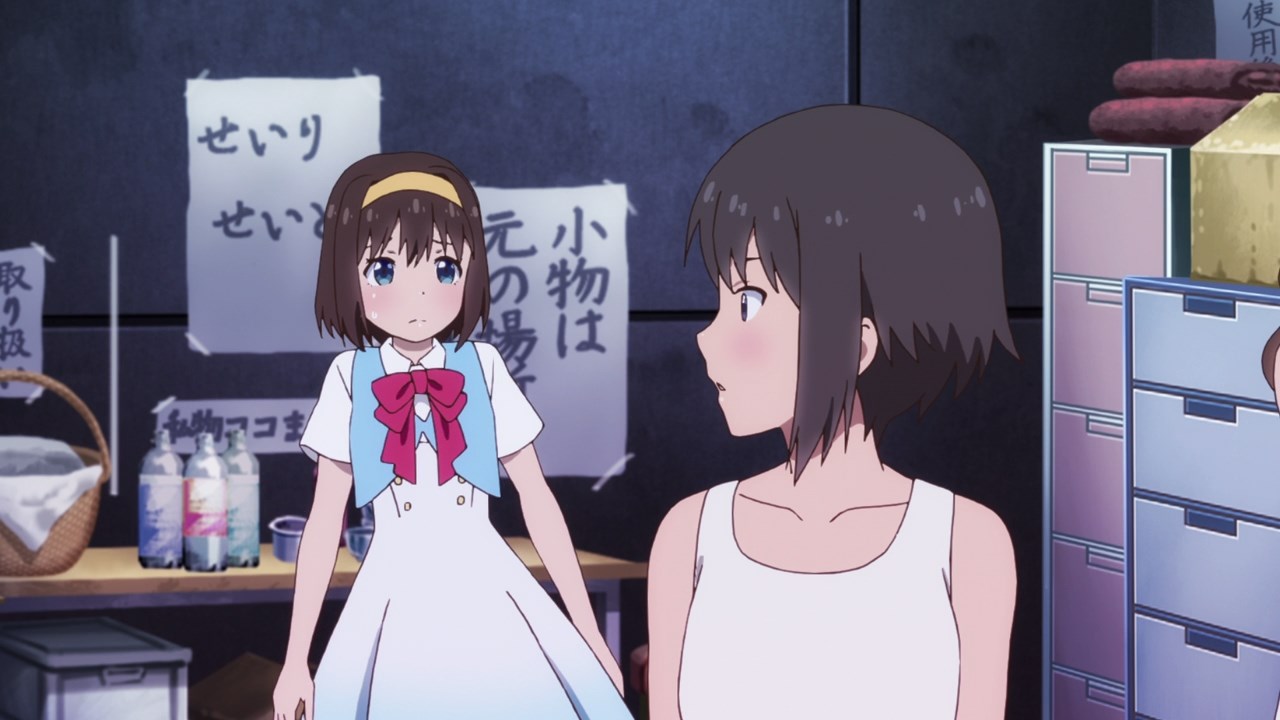 Now then, here’s Seria Morino where she’s ready to perform, although I’m worried about her mental health after getting angry at Airi Kagami. 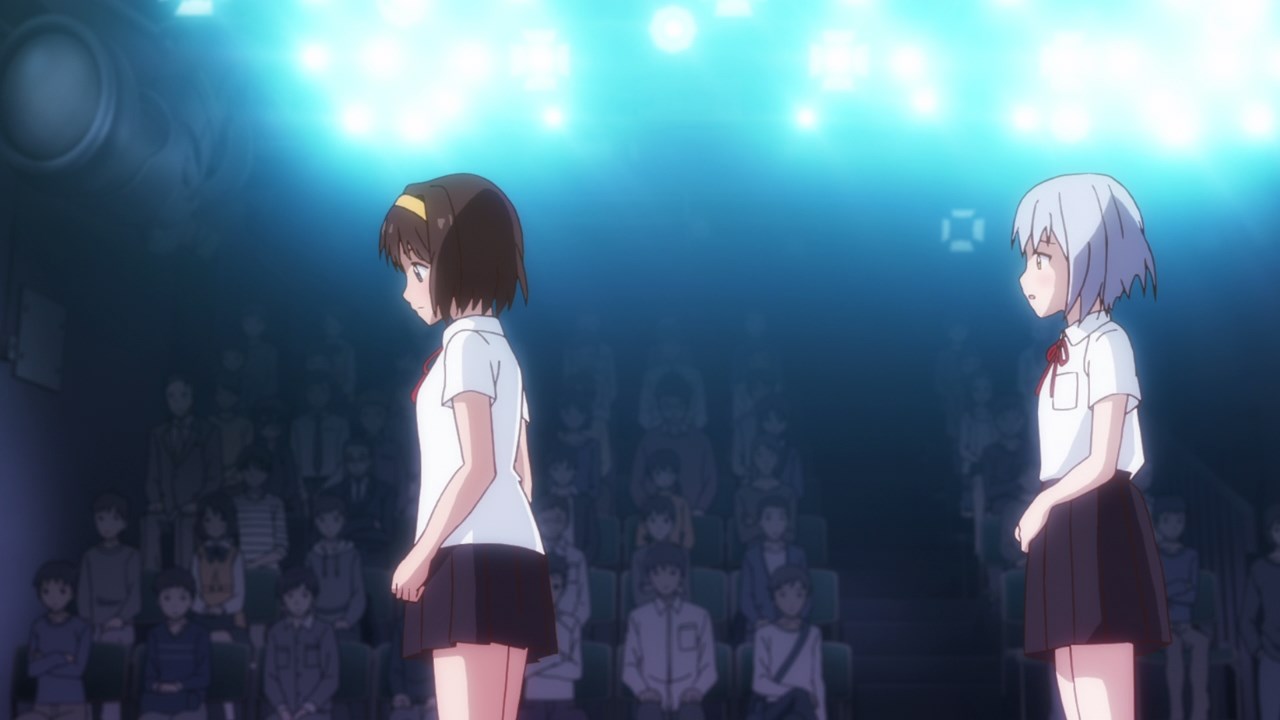 Still, Seria did well on stage as the 3rd run of “Alice in Deadly School” went well without a hitch… or is it? 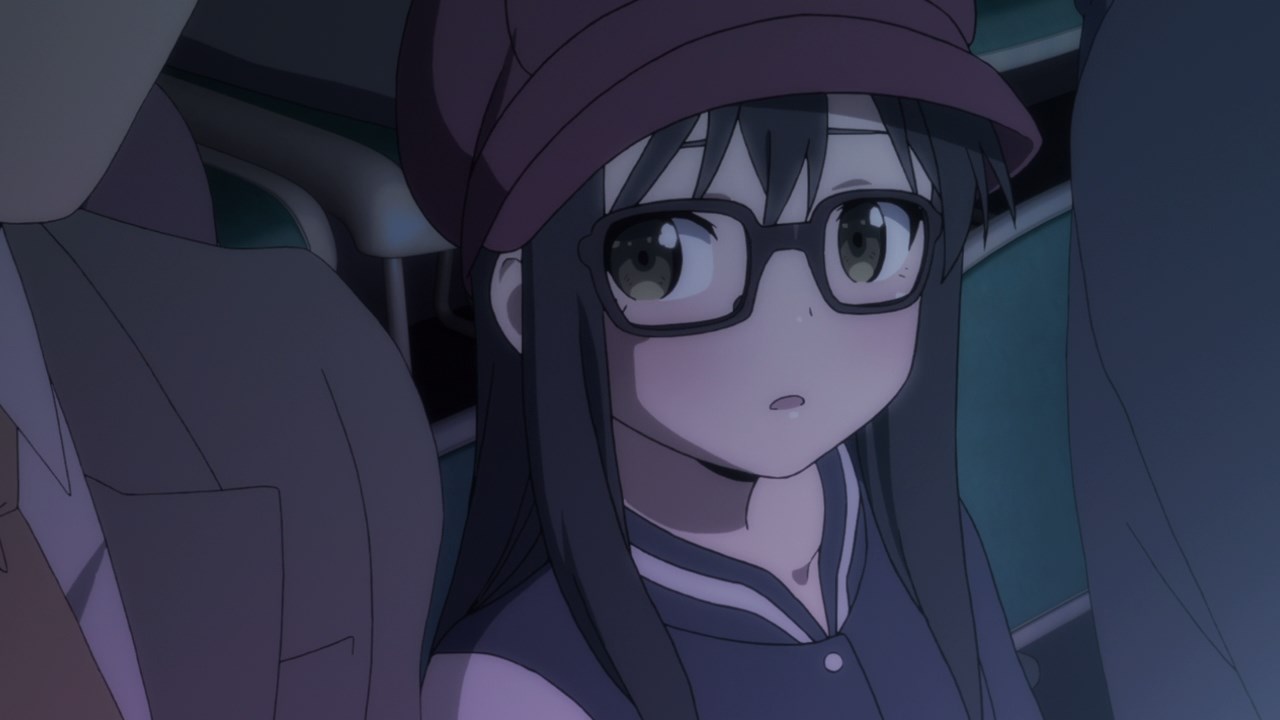 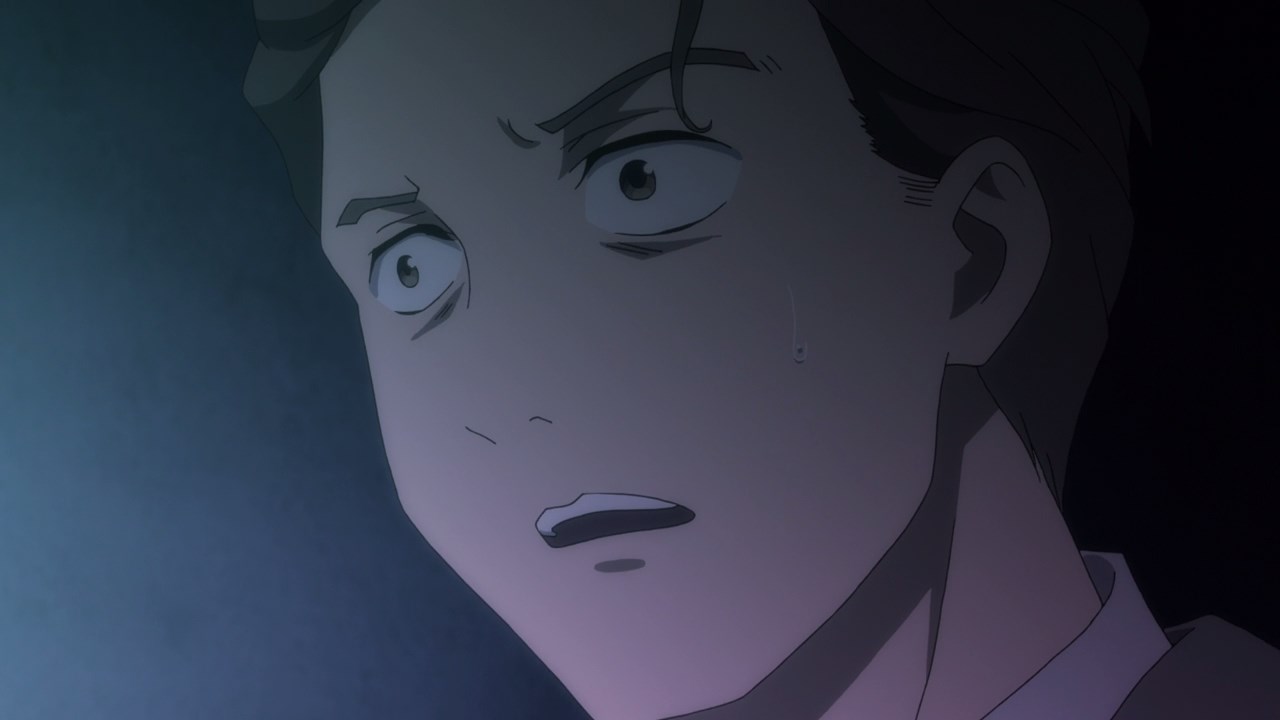 Well, Izumi noticed that Hirokazu-san is acting strange after watching the stage play, almost as if he’s having a nightmare. 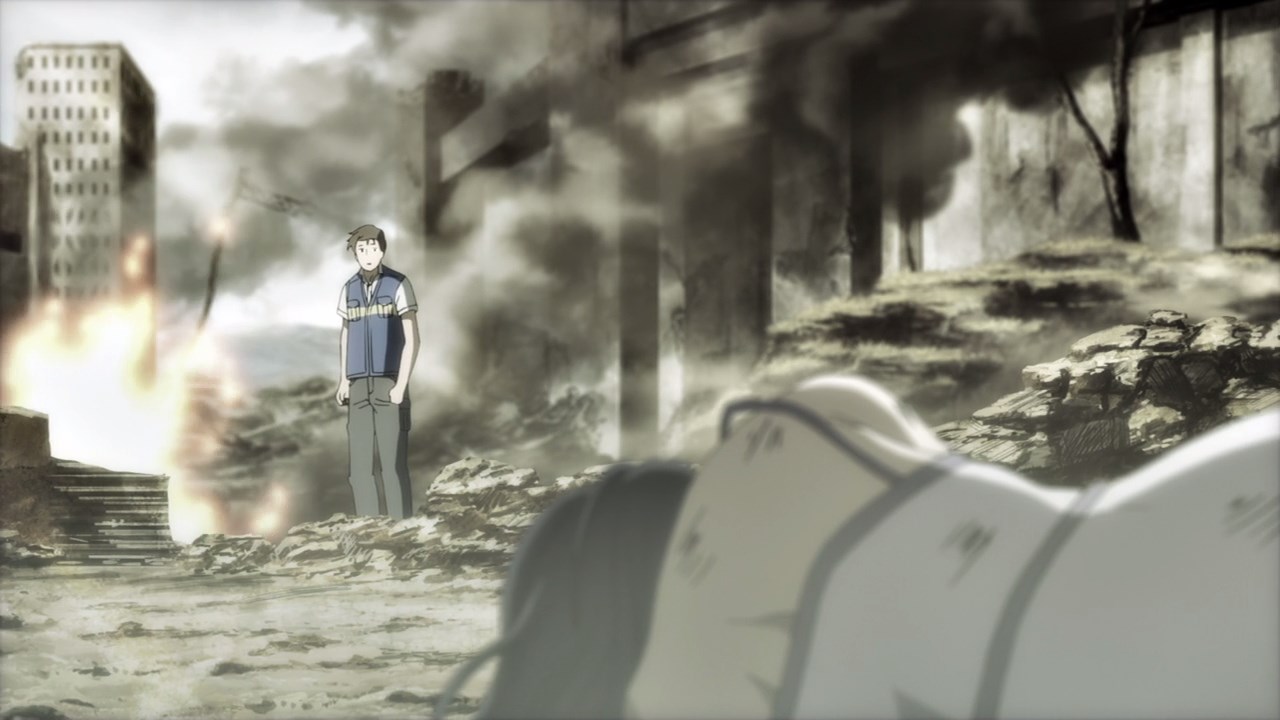 Oh and speaking of his nightmare, Takezaki lost someone dear to him during the Global Synchronic Urban Disappearance disaster. 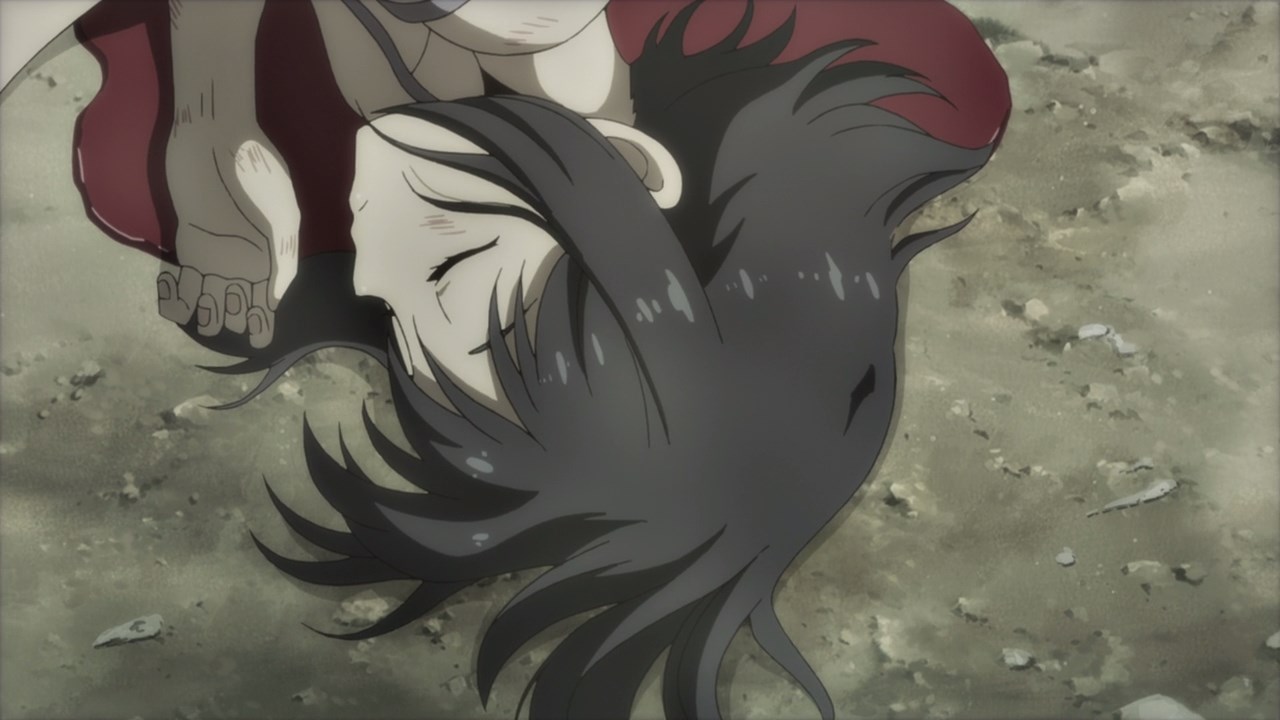 This is Miki and man, I feel bad that Hirokazu Takezaki lost a loved one that he stole the Theatrical Material System from Alice in Theater.

You know what, I think he shouldn’t steal Doll from Alice in Theater because he can’t handle something dangerous like causing mental distress to the audience. 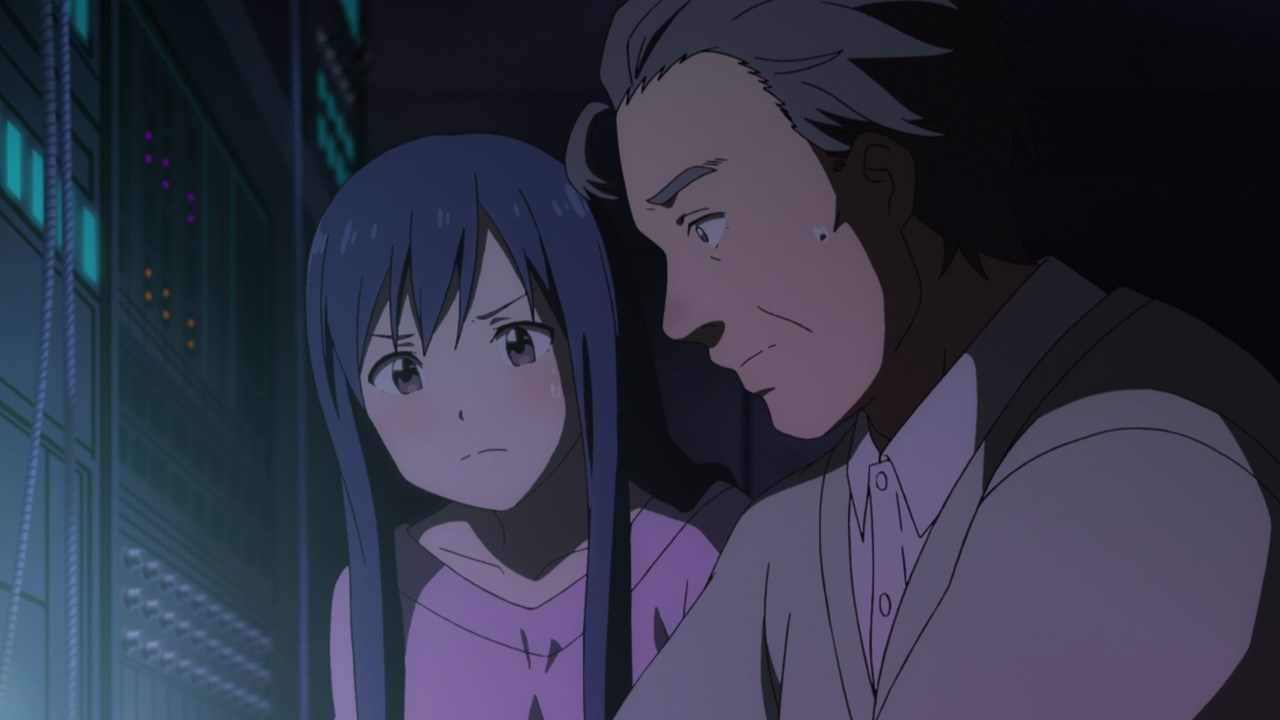 Oh yeah, and here’s Mino-san where he feared that Alice is starting to go haywire as he tries to stop the Theatrical Material System. Looks like putting an Act Doll on an actual stage play is a bad idea.

Still, I’m hoping that the audience are okay ’cause Alice in Theater will be criticized for causing mental distress to everyone when using Alice. 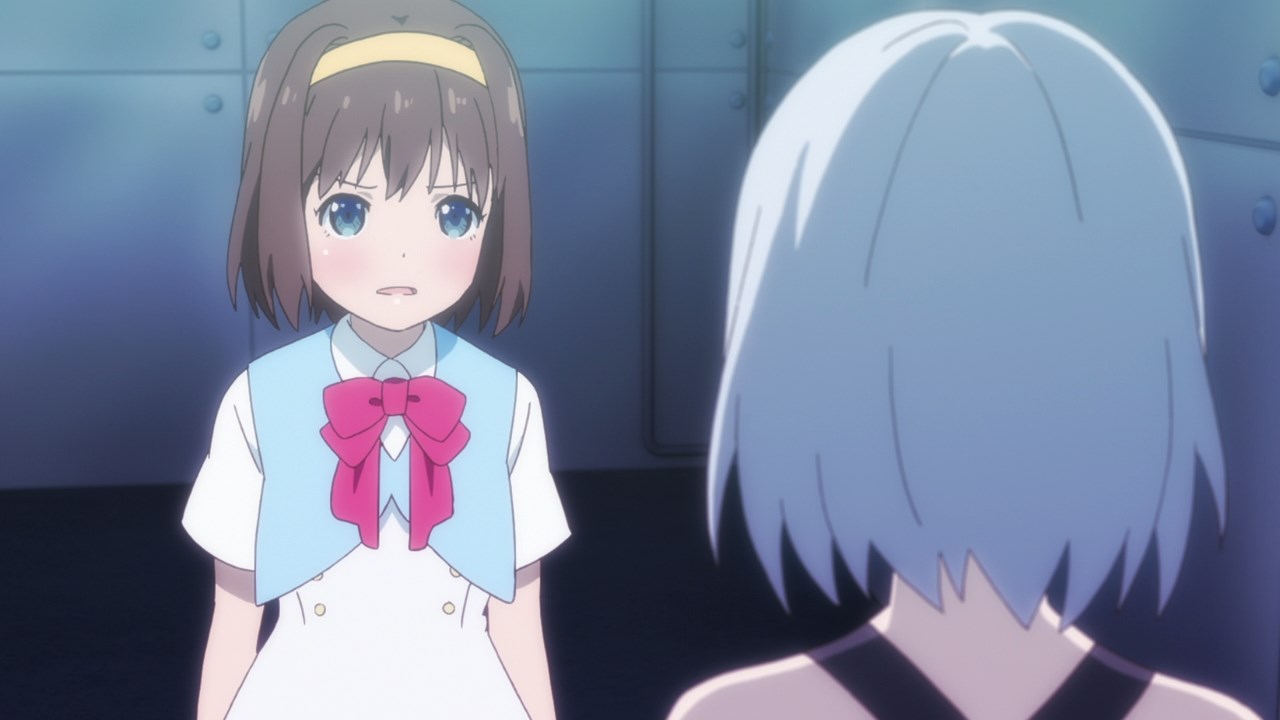 Now then, here’s Seria Morino where she wants Alice to reveal her true memories as she’s somewhat have fake ones. However, I feel that she might regret it. 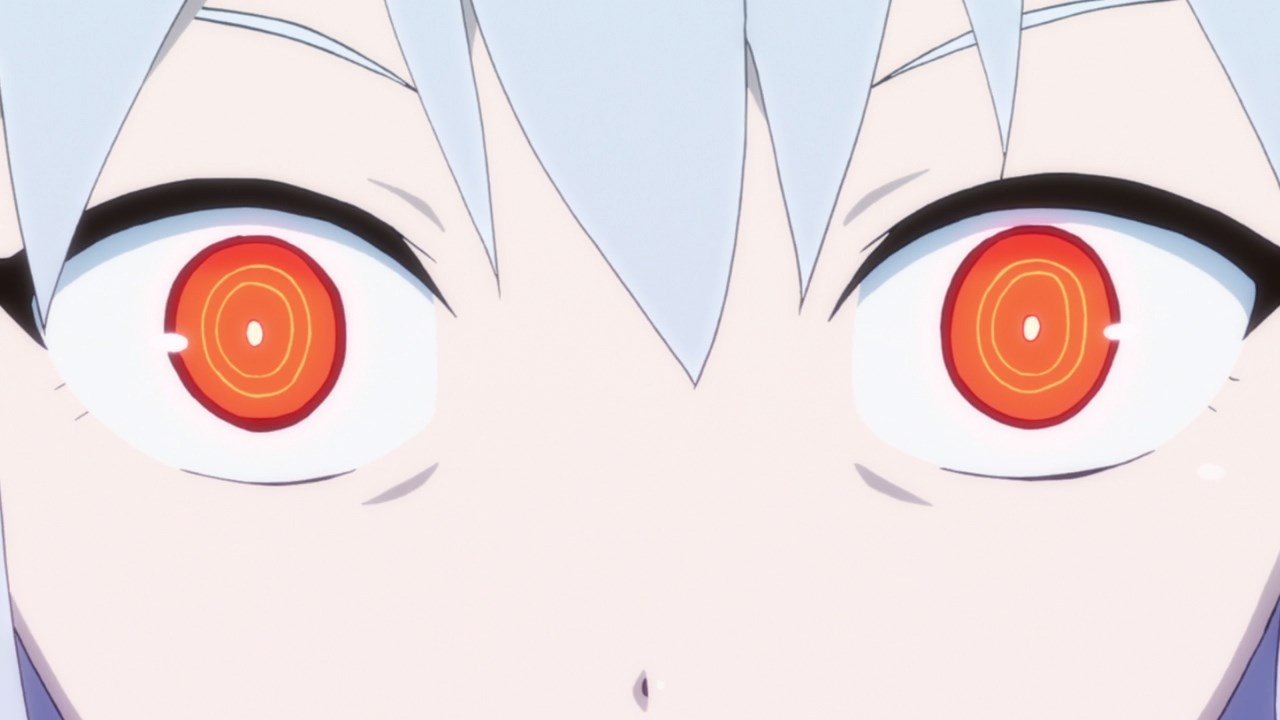 But anyways, Alice is about to reveal Seria’s true memories and it’s not gonna be pretty. You have been warned! 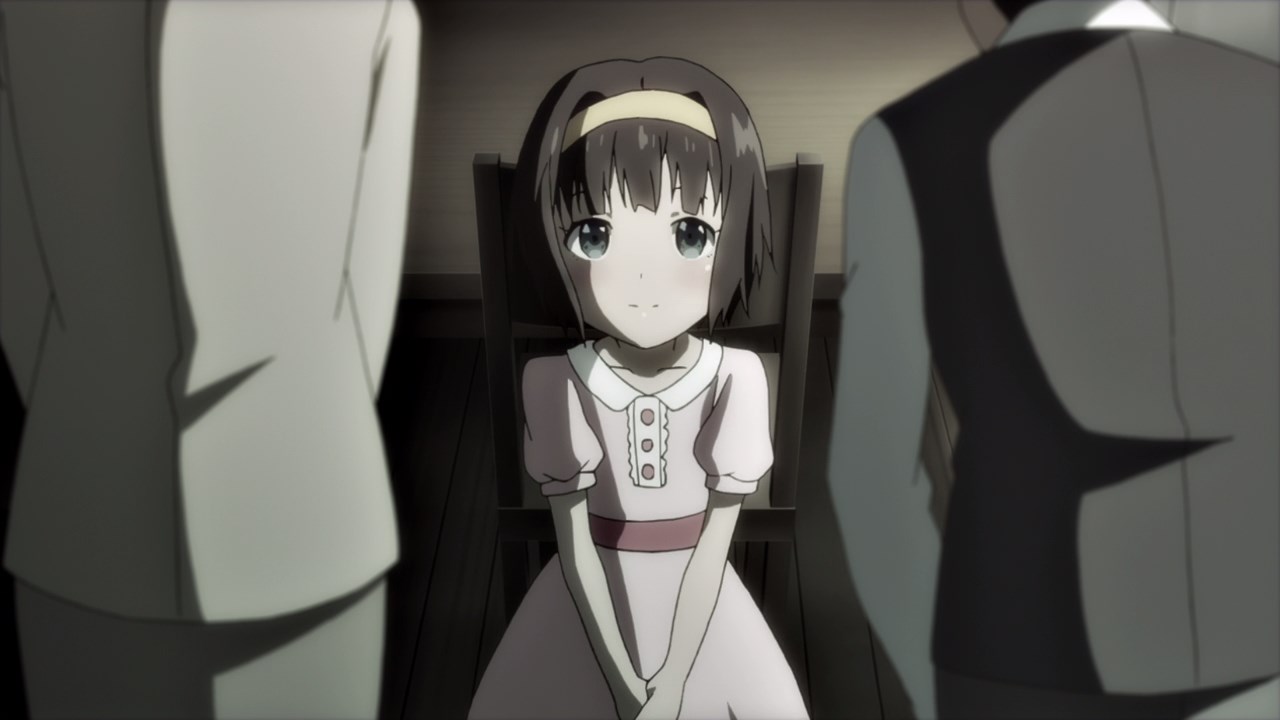 Turns out that Seria is actually a cheerful girl who’s being cherished by her parents. 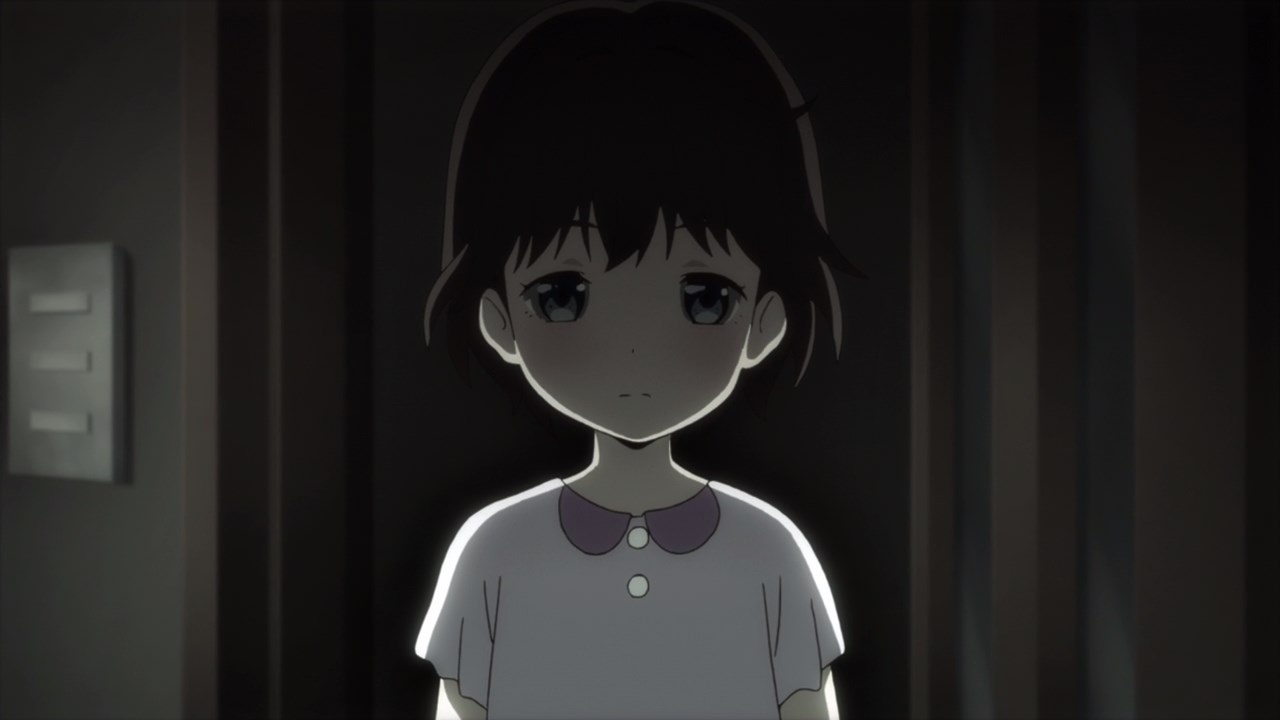 And here’s Alice where she’s actually an introvert, as well as harboring jealousy towards her twin-sister. 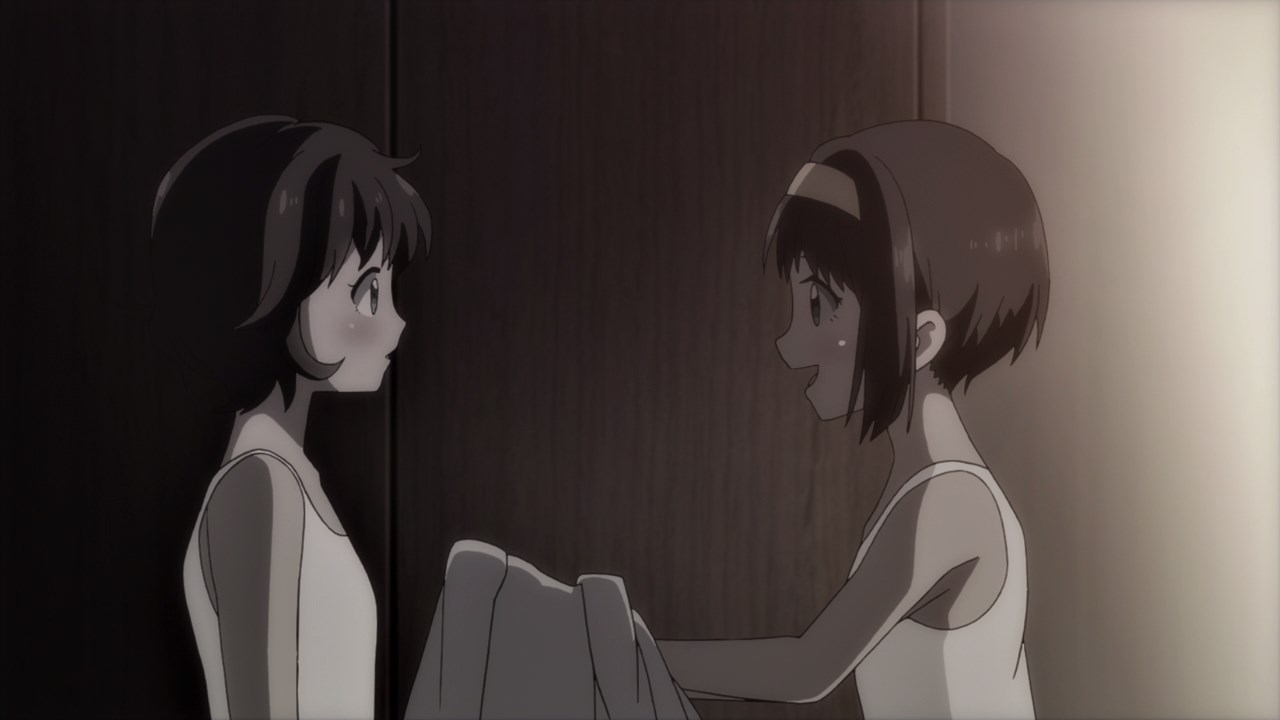 Oh yeah, and here’s one insane revelation where Alice and Seria switch places on their birthday. This means that Seria let her twin-sister die when the disaster happened. 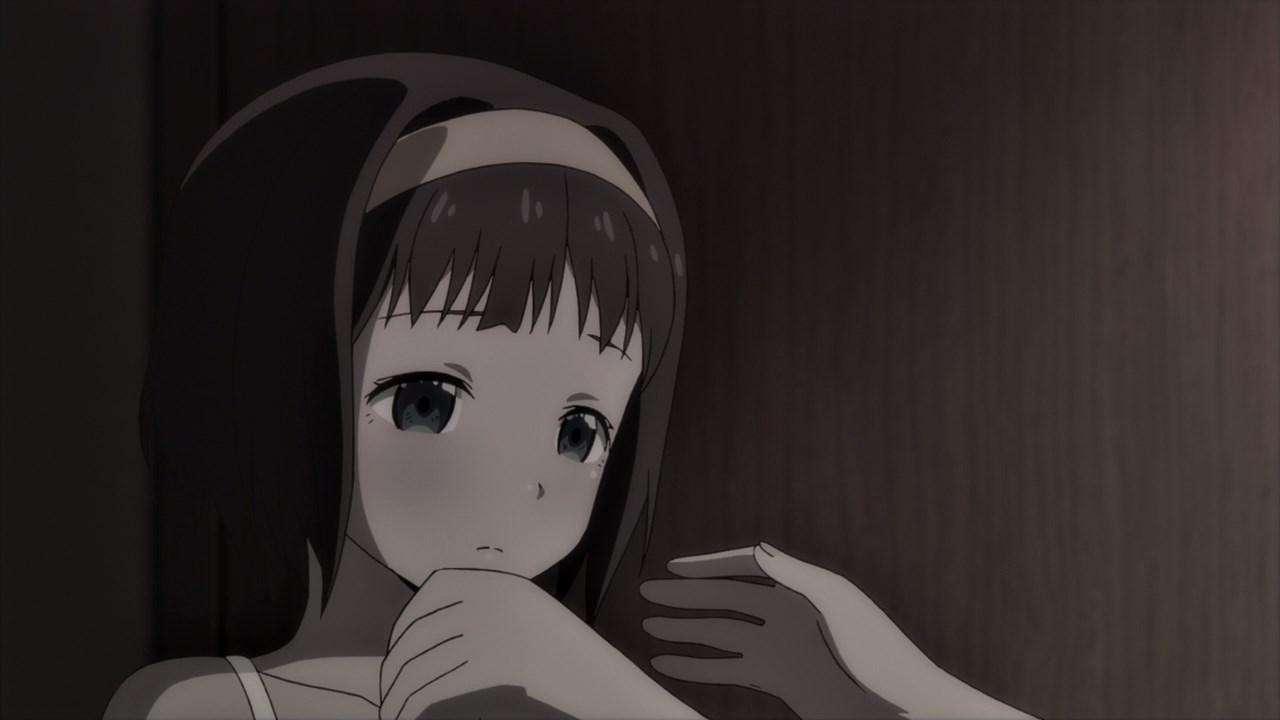 But seriously, this is one fucked-up revelation in which Seria killed her introvert twin-sister. Hence, Seria is having fake memories which in turn she became an introvert herself. 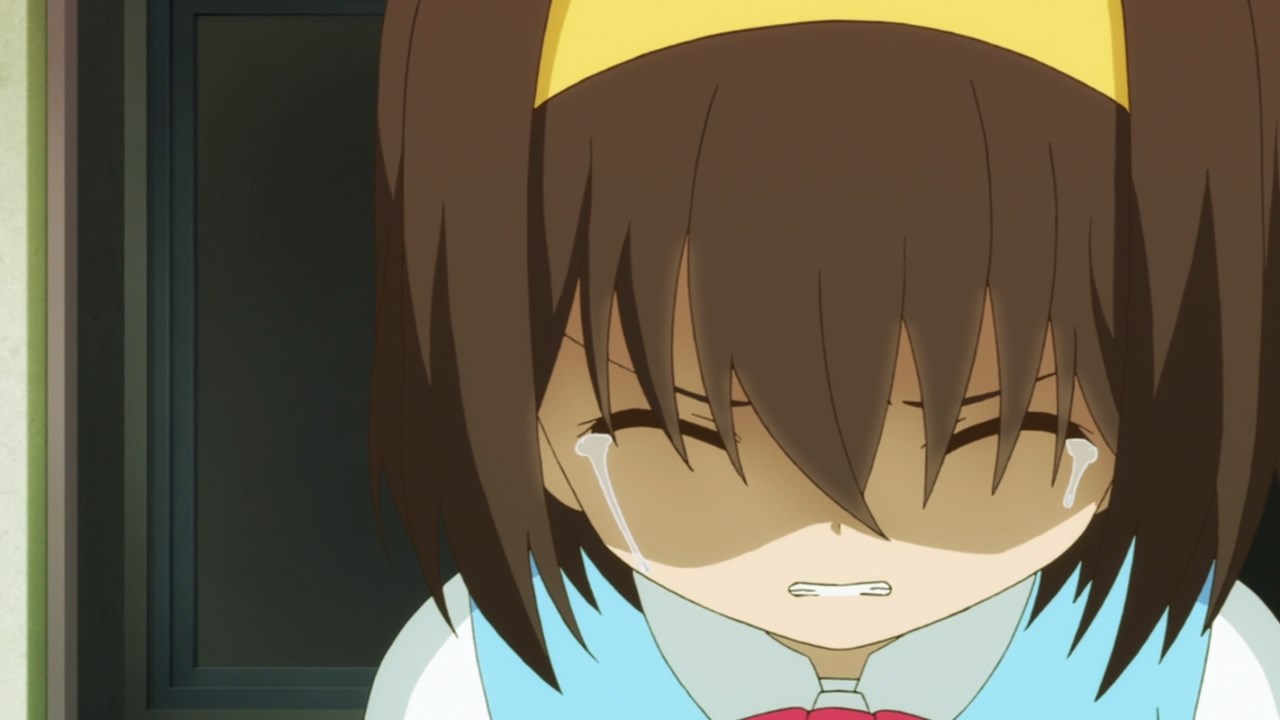 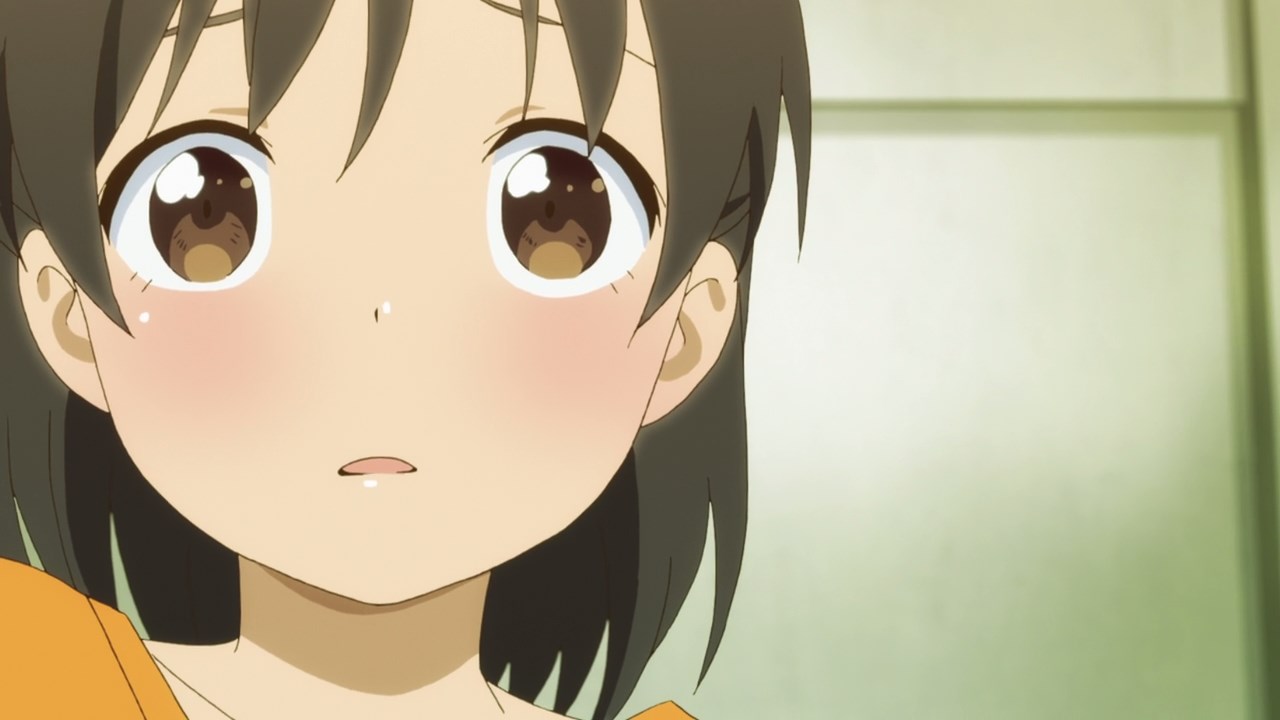 In any case, looks like Seria got depressed after learning the truth about herself that she went to Airi for emotional support. Then again, it might not work since she lash out towards Airi earlier. 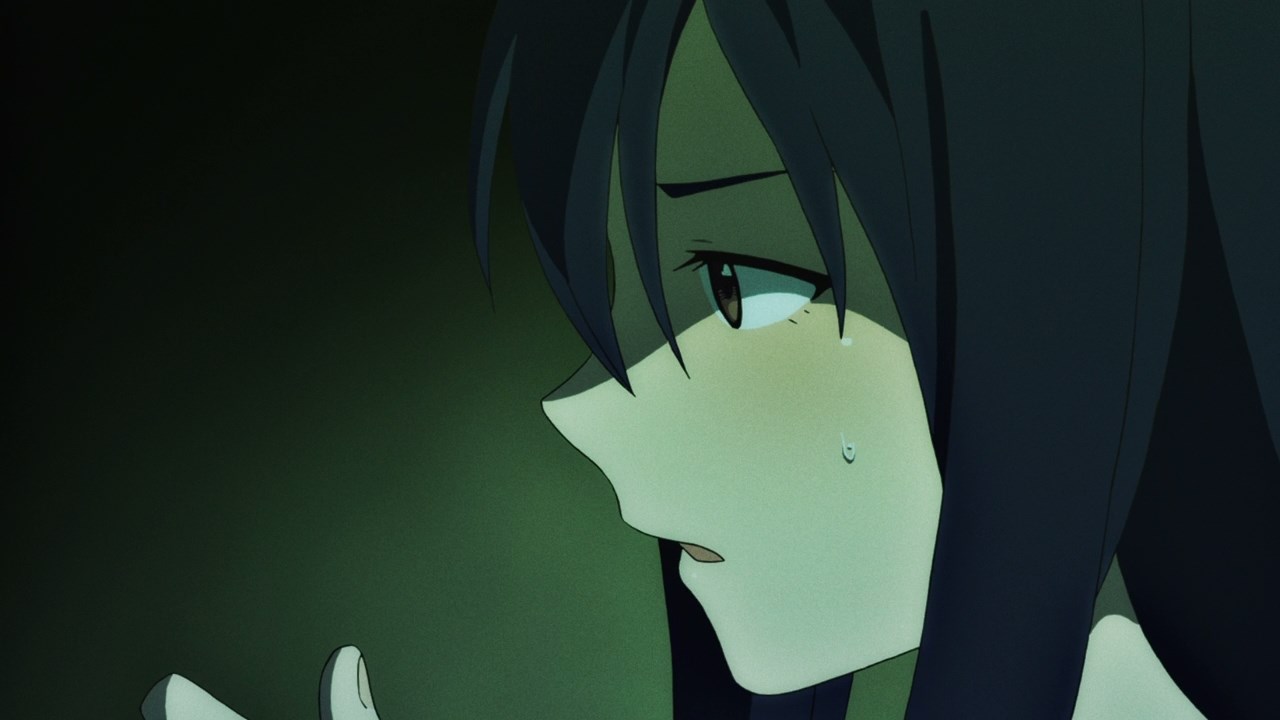 Meanwhile, looks like Kaoru Sakakibara encountered an unexpected visitor. I hope it’s not Hirokazu Takezaki since she really hate him for stealing everything from Alice in Theater. 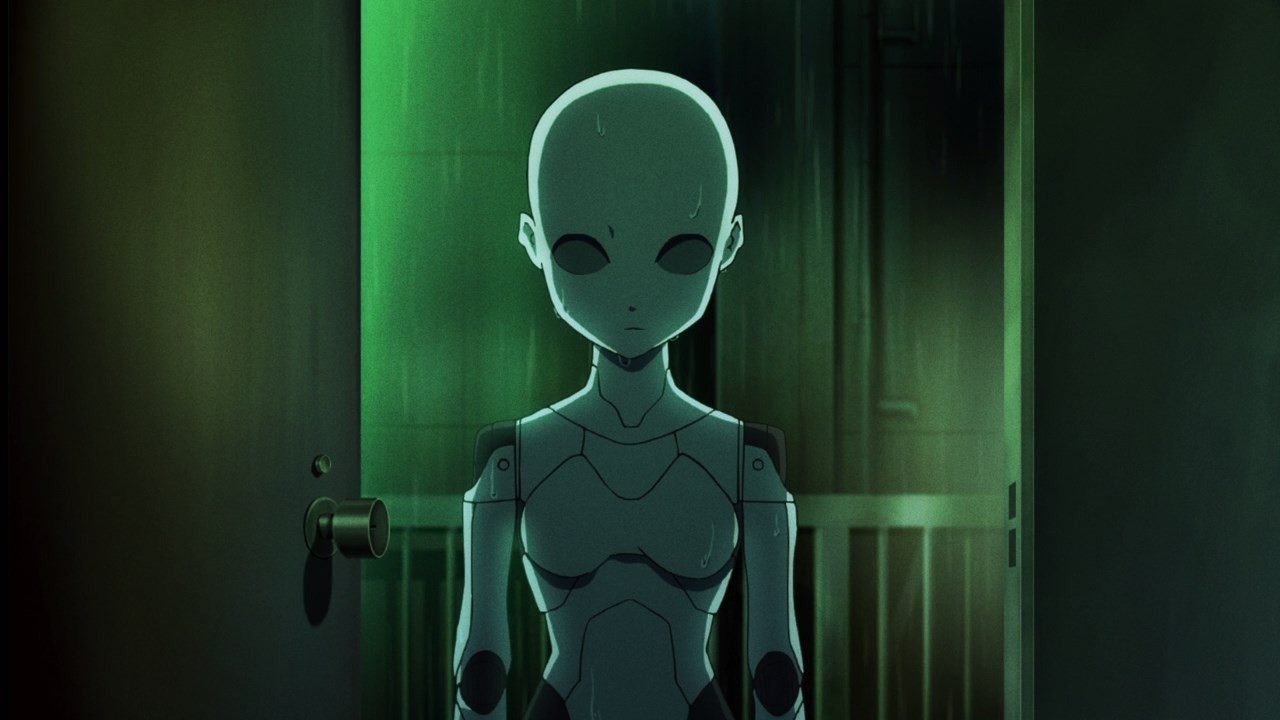 However, it’s actually this Act Doll where I suspect that this is Alice’s true form. Either way, Sakakibara is in danger. 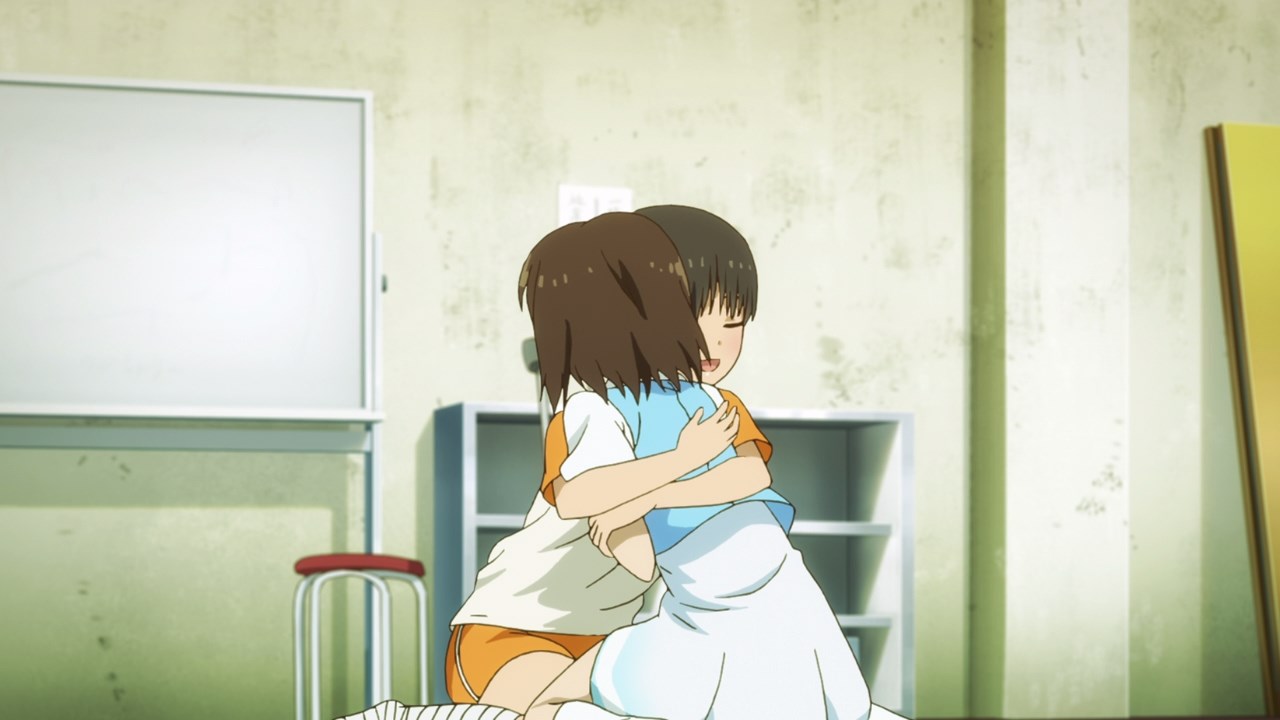 Anyways, looks like Airi Kagami apologized to Seria Morino as she comforted her fellow stage actress. Isn’t it great? 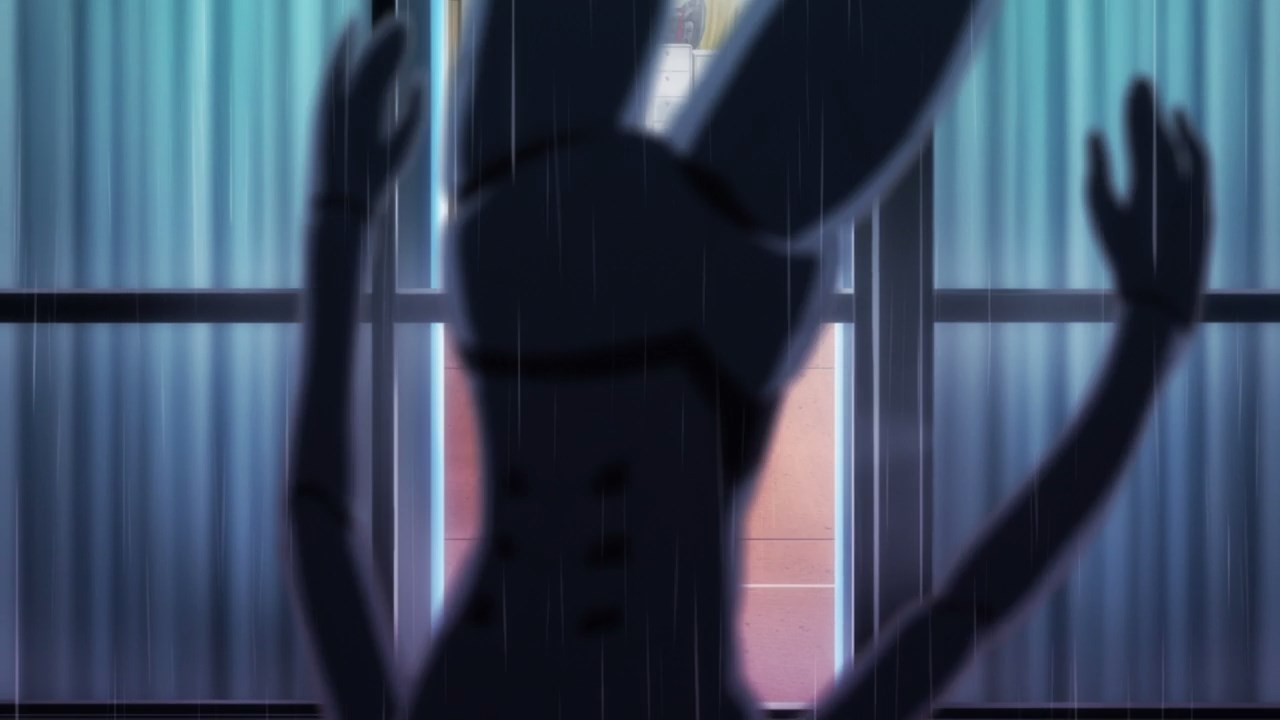 But what’s not so great is this Act Doll where she falls down from the rooftop. I bet that Kaoru-san managed to fight back or it turned out that Sakakibara is actually an Act Doll herself. I don’t know who is human or machine anymore.

One last thing, remember at the beginning of this episode where Hirokazu Takezaki found a broken Act Doll? Well, that’s the aftermath after Kaoru Sakakibara pushed the Act Doll towards its destruction. But seriously though, it’s a bad idea for Takezaki to repair the Act Doll as it might mess the audience’s minds.

In any case, I’ll see you next time and I hope it won’t turn for the worse because at this point, Gekidol is becoming more creepy for an idol show.