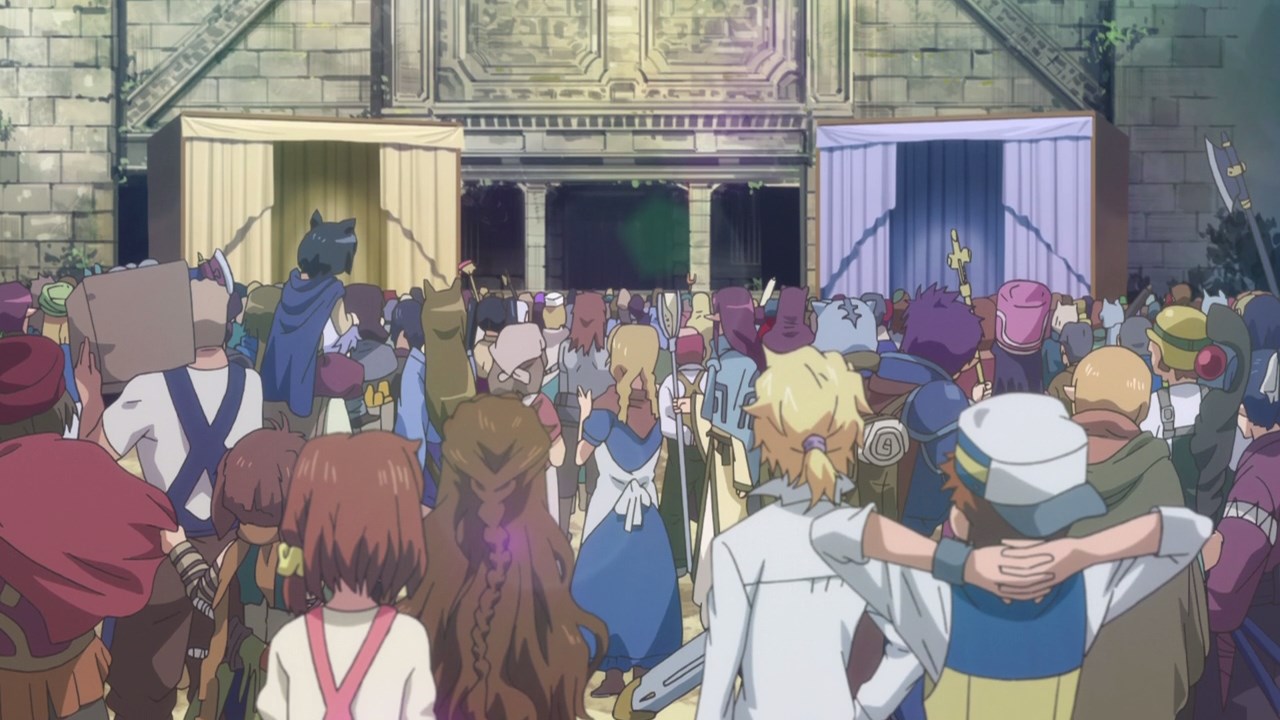 The day of the election has finally arrived in Akiba where both Adventurers and Landers will cast their vote on who will lead the city. Let’s hope that there won’t be any voter fraud. 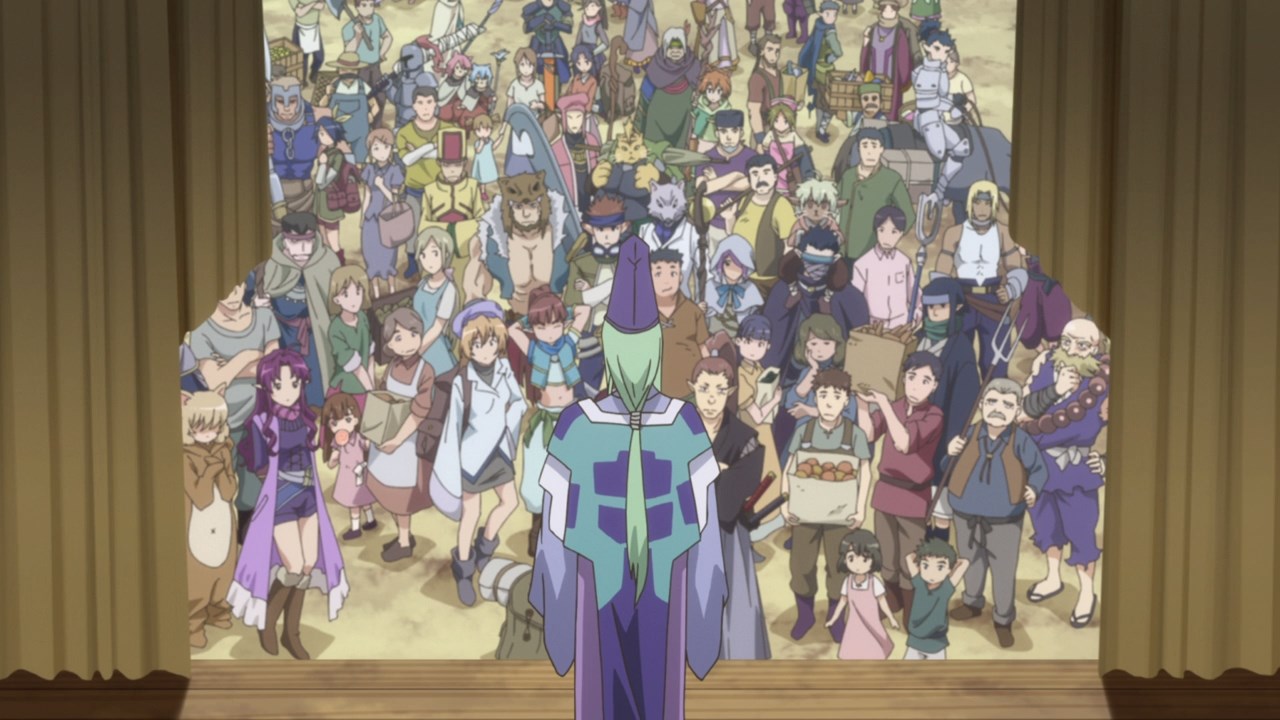 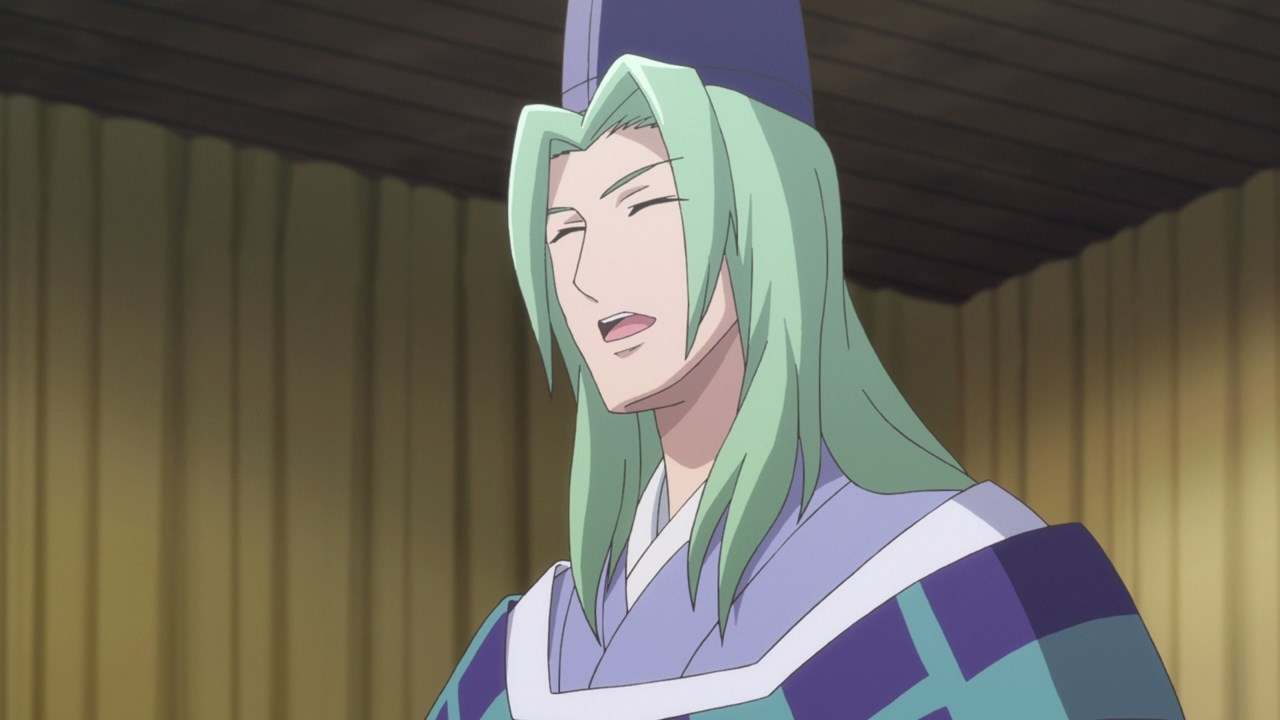 Anyways, here’s the representative of the Akiba Government as Duke Eins made a promise to everyone that he’ll make the city prosperous and happy.

While his promises might not work, I have to say that Eins sure wants to rally up his supporters. Coupled with some backing from Prince Touri Saiguu, there’s a chance that Eins might win the election. 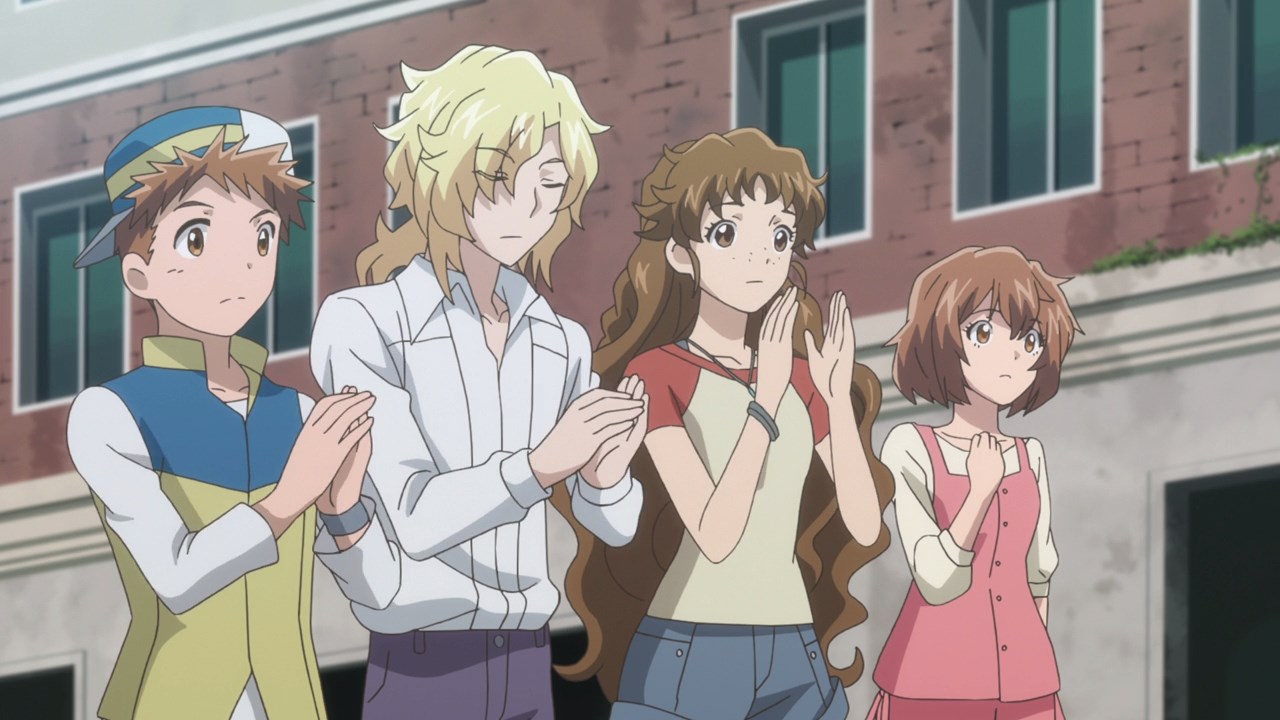 Even the junior members of Log Horizon are astonished that Eins might win it thanks to everyone’s support. Of course, I’m curious on what will the Round Table Conference bring to the table. 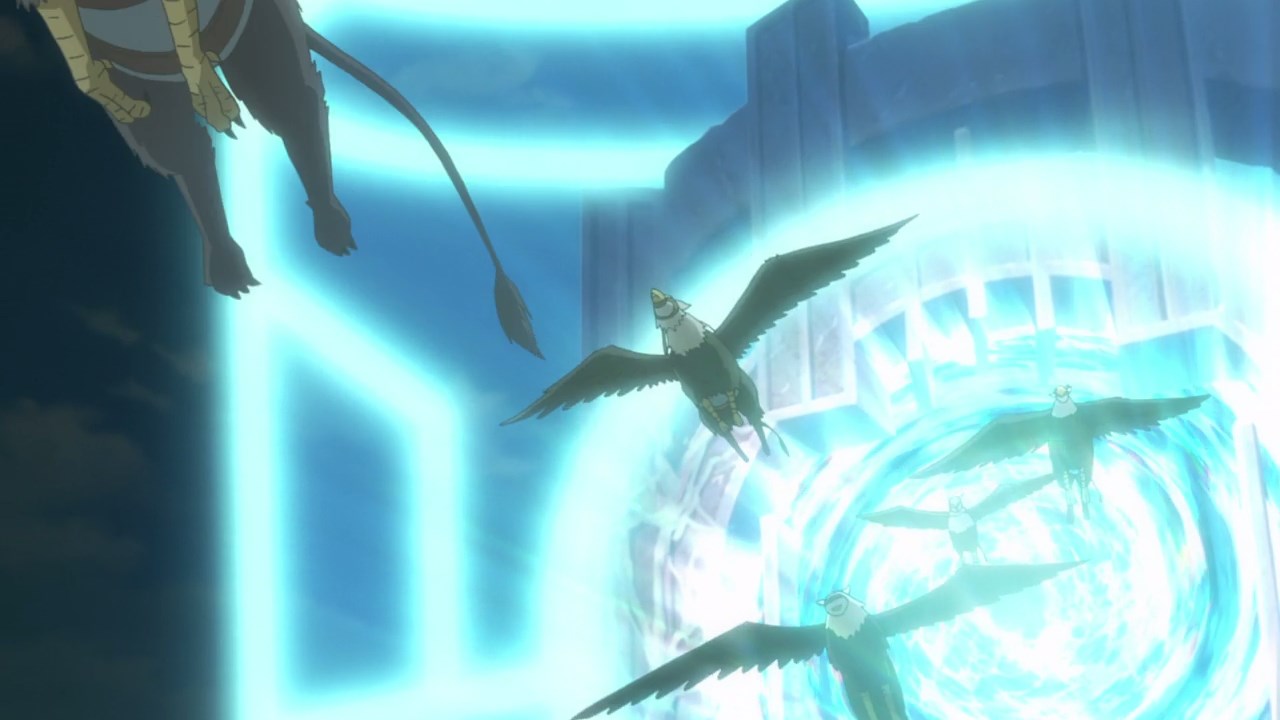 Suddenly, a group of Adventurers riding griffins have arrived at Akiba via the Intercity Transport Gate. Okay, looks like Shiroe managed to activate the gate but I’m worried that these Adventurers might disrupt the elections. 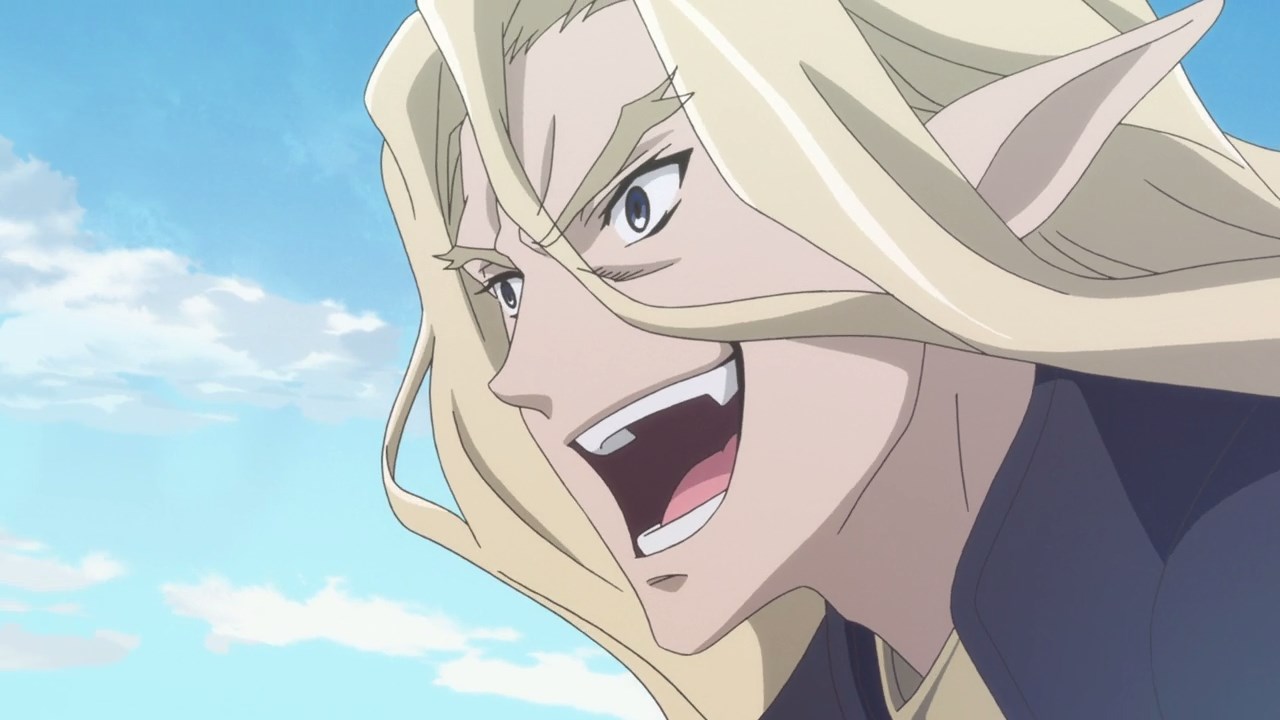 Well, that’s until they introduce themselves as William Massachusetts and the rest of Silver Sword will cast their vote. Hmm, I wonder if this is illegal. 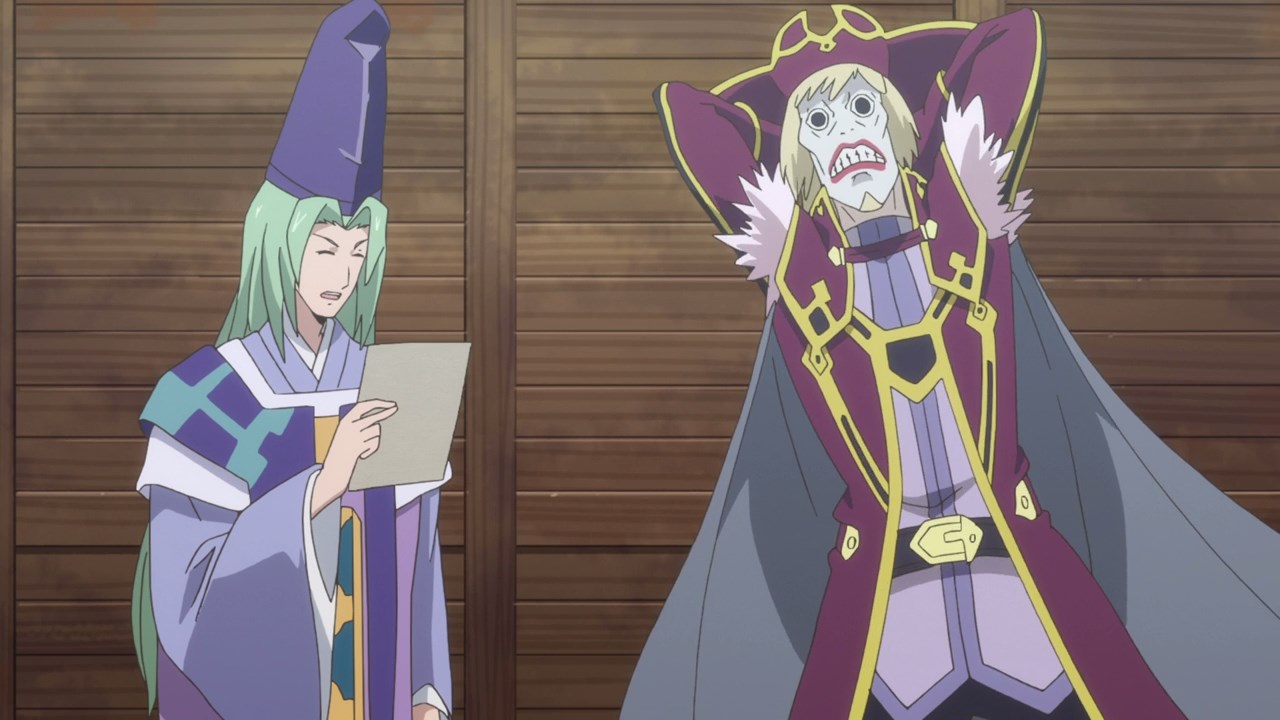 Turns out that anyone who arrived in Akiba during election day are eligible to vote. Looks like Marves can’t believe that Shiroe (or should I say the Geki of the East) outwitted them. 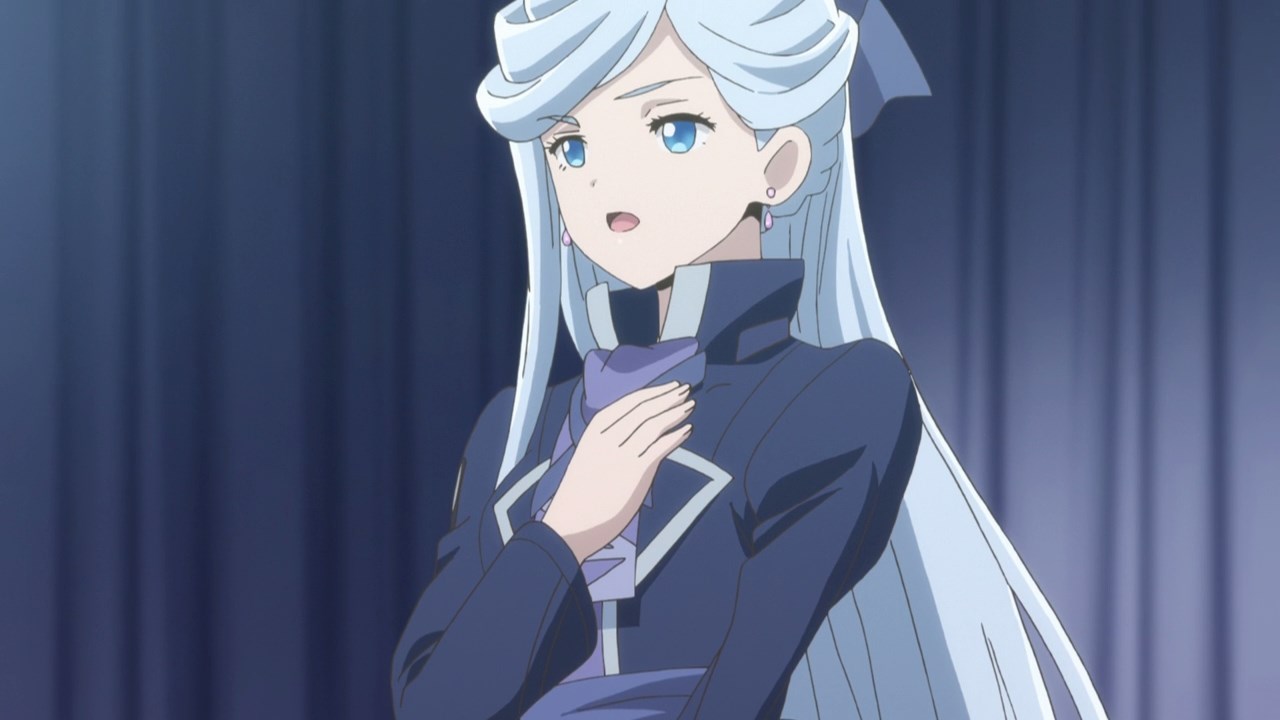 Anyways, here’s Raynesia El-Arte Cowen where she promised to everyone that the Round Table Conference will be reformed once she’s elected. C’mon, Princess Raynesia believes in the Conference’s role in maintaining the city. 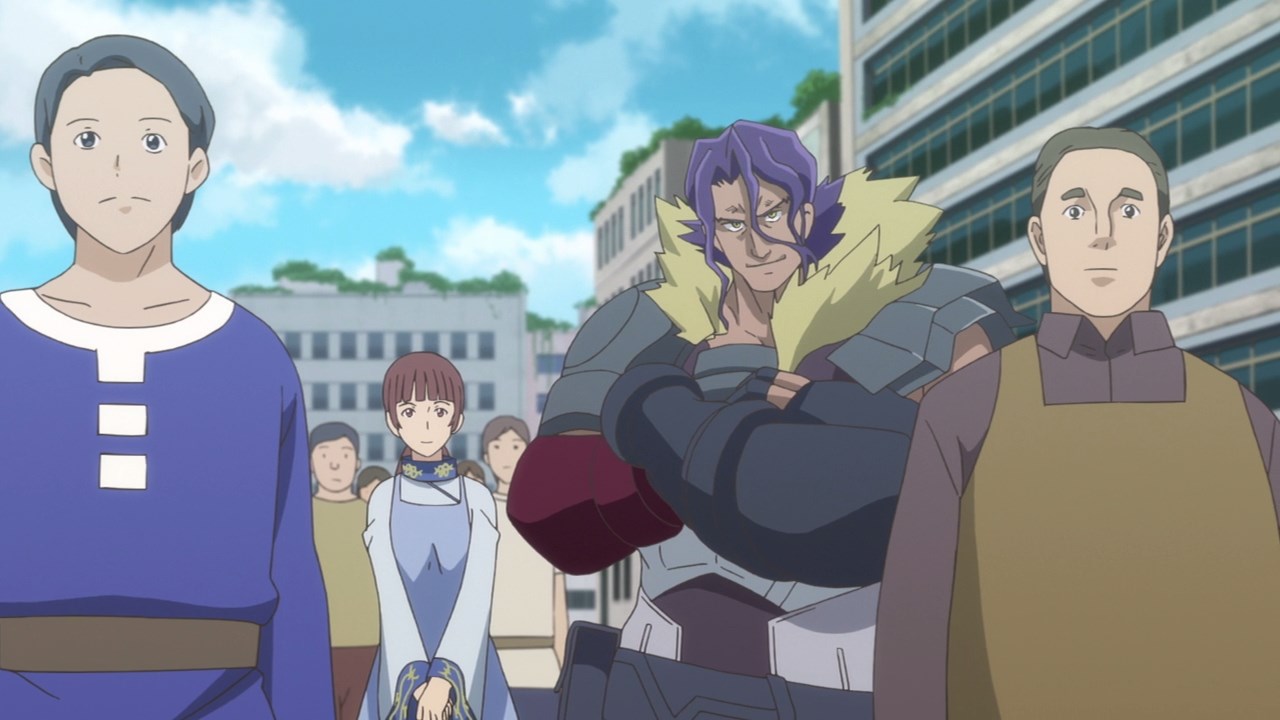 Oh yeah, here’s Demikas from Brigandia where he’s gonna cast his vote but man, I wonder if his wife Upashi is there? Still, I’m glad that he made a cameo appearance on this episode. 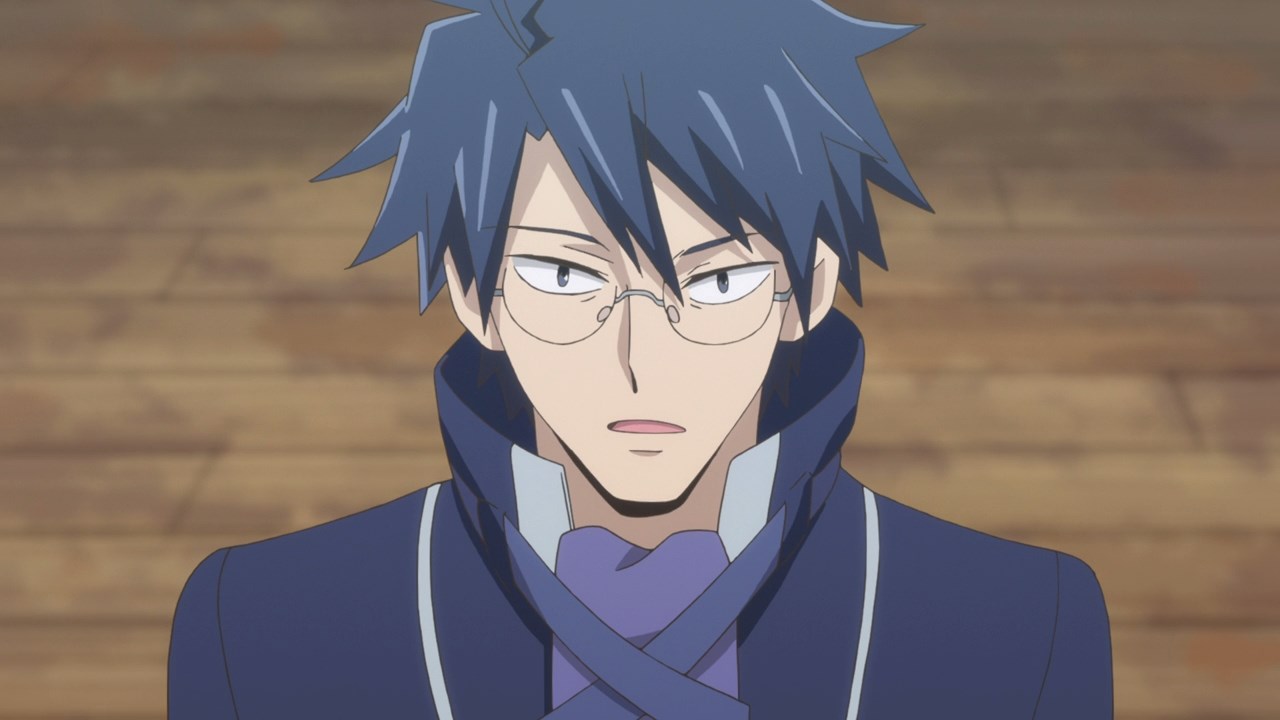 But here’s Shiroe where he’ll be explaining the plans for the Round Table Conference as it’ll include the People of the Land in addition to the Adventurers. 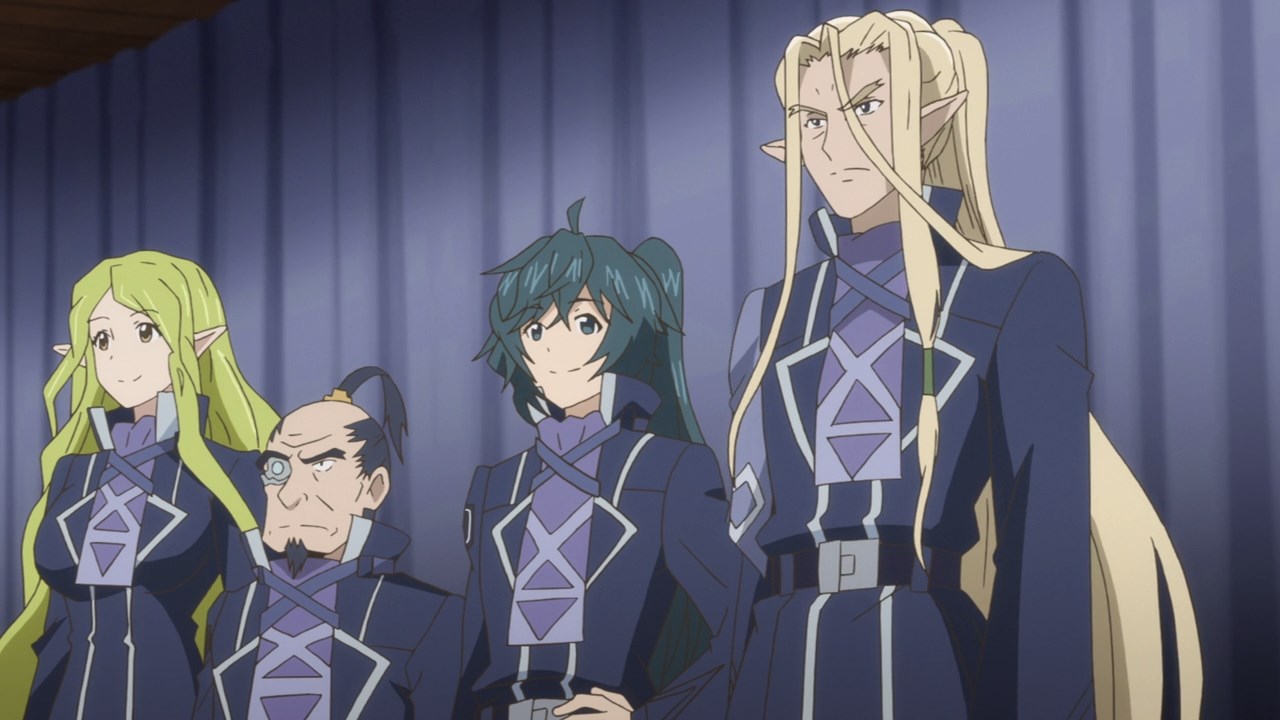 Anyways, here are the guilds who are committed to the Conference and I have to say that Silver Sword has officially joined despite being stationed in Susukino. 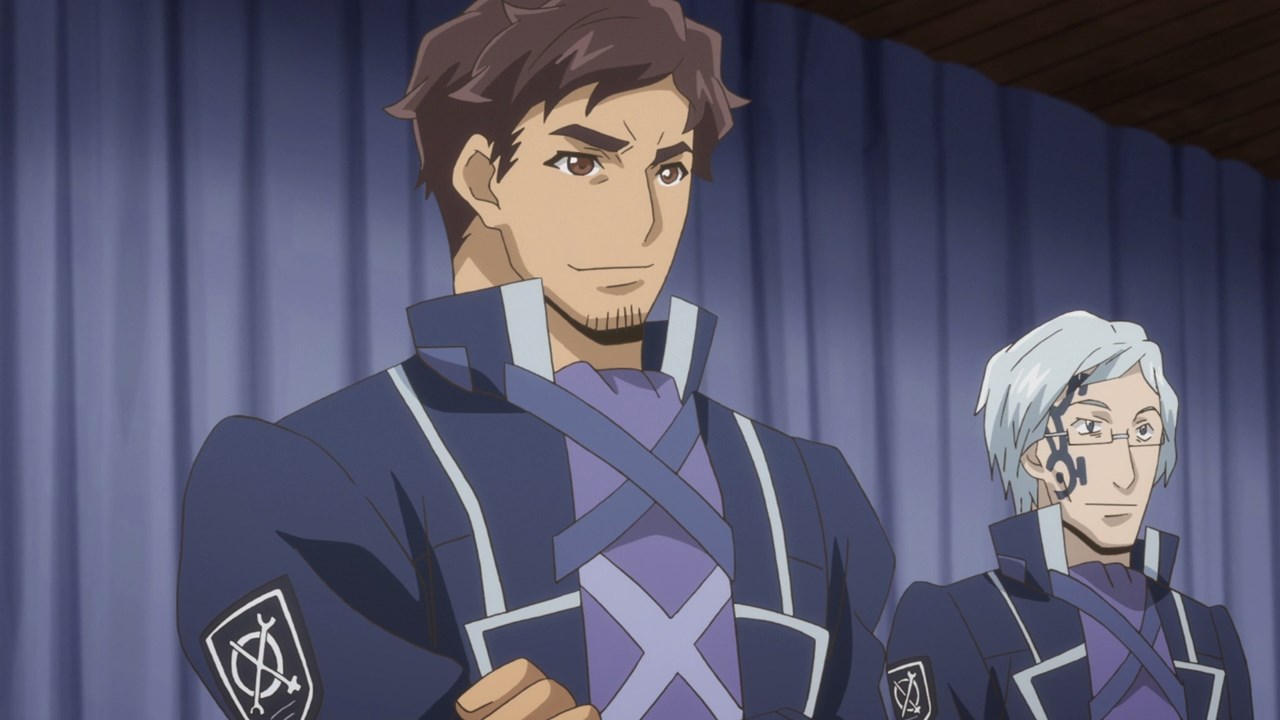 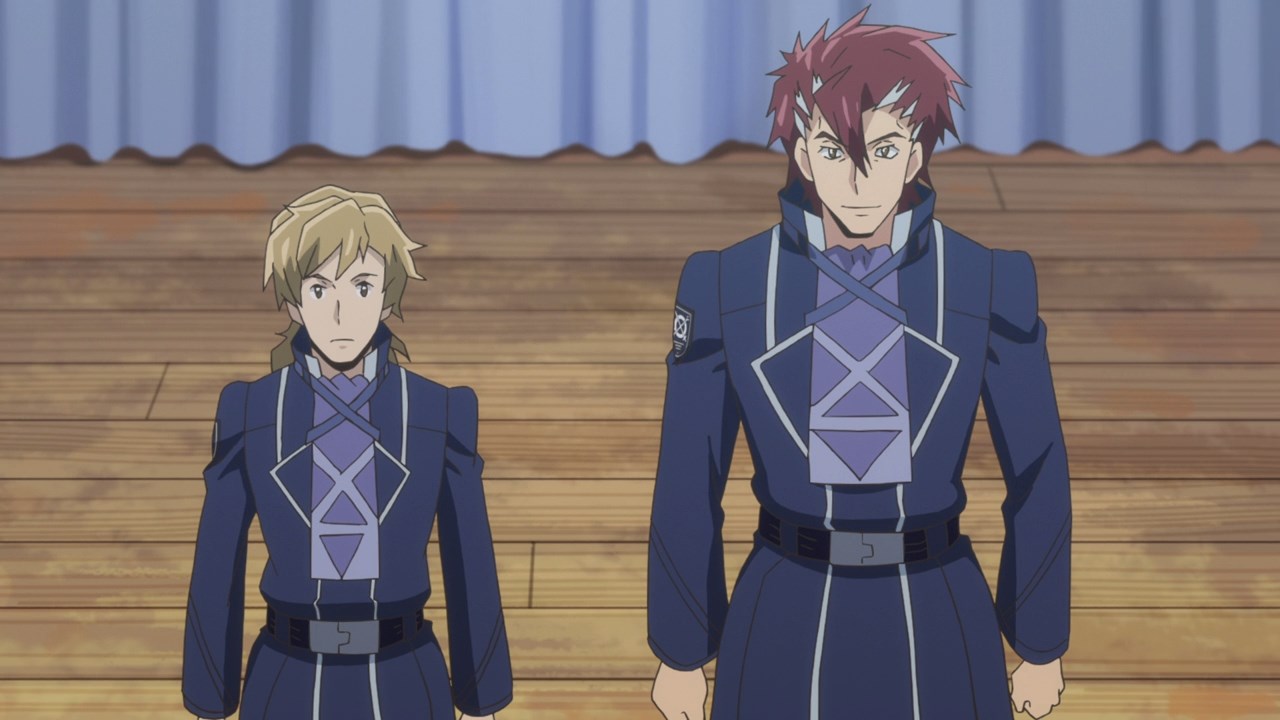 And here are the rest where I’m glad that no one left the Round Table Conference. Oh yeah, it appears that they’re not yet done. 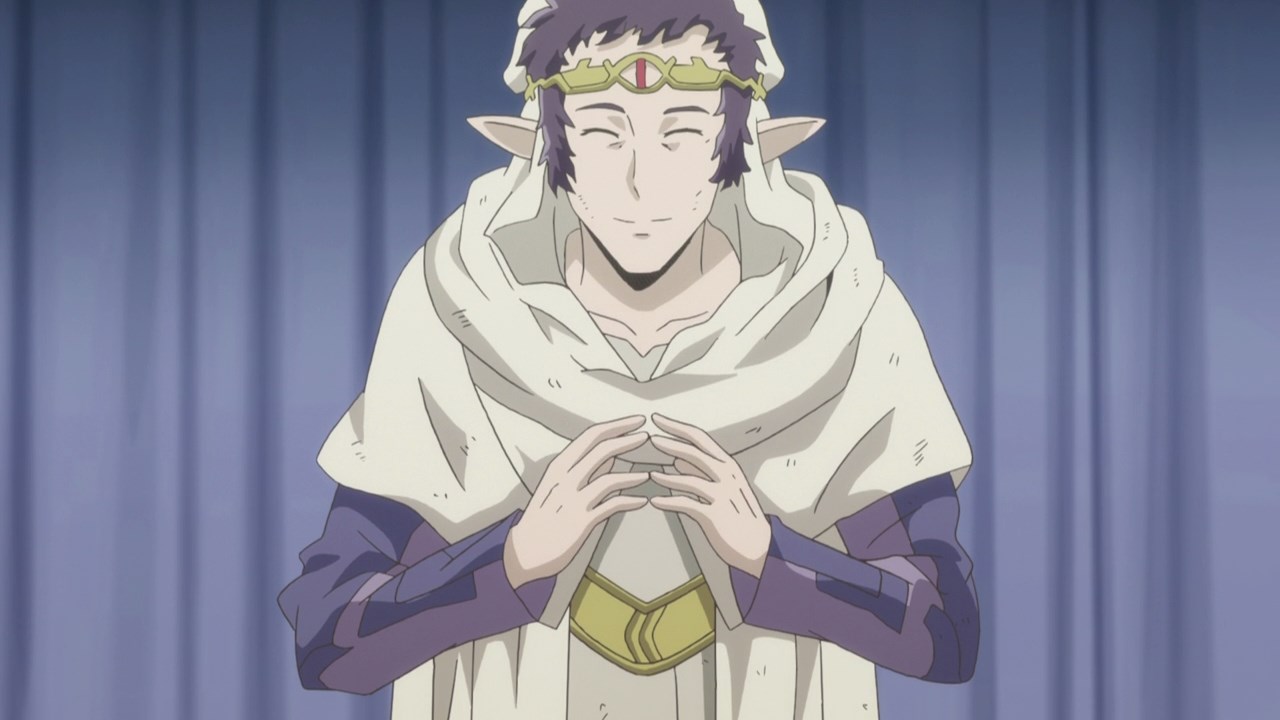 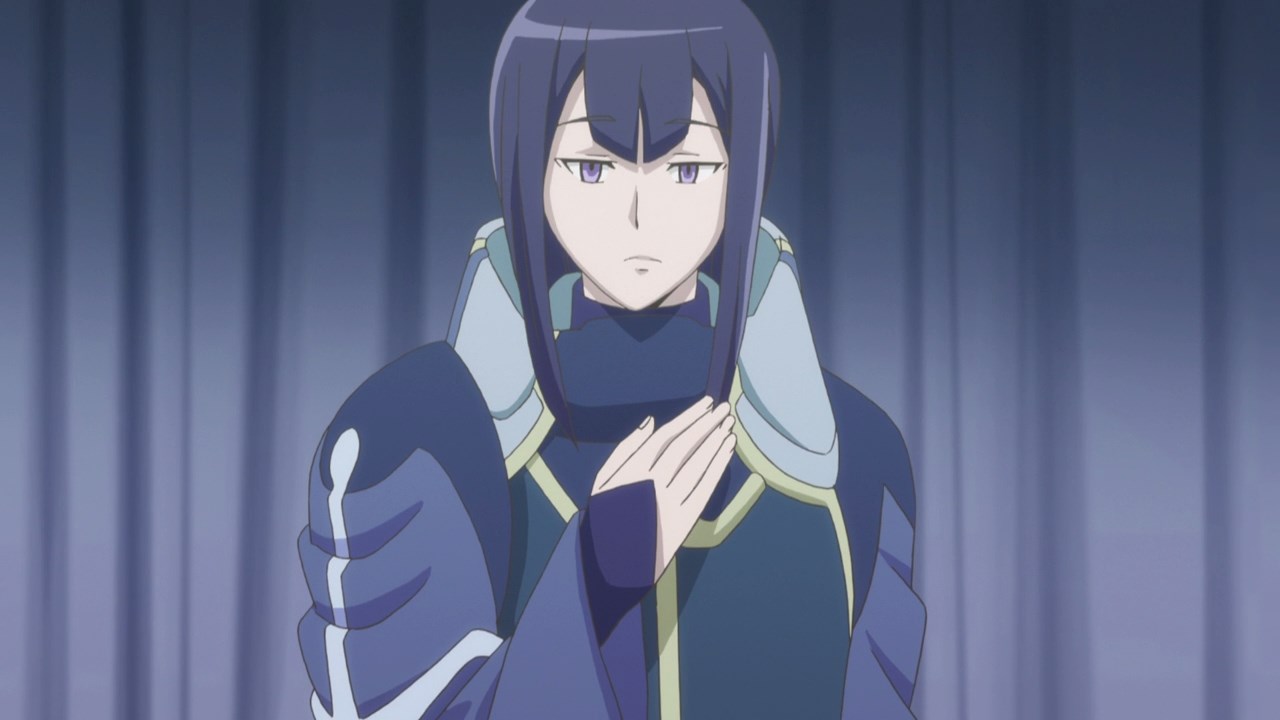 Turns out that the Conference added both Regan and Kinjou Kunie in which everyone was pretty stunned with those additions. Of course, the Round Table Conference is fighting an uphill battle against Duke Eins and his new Akiba Government. 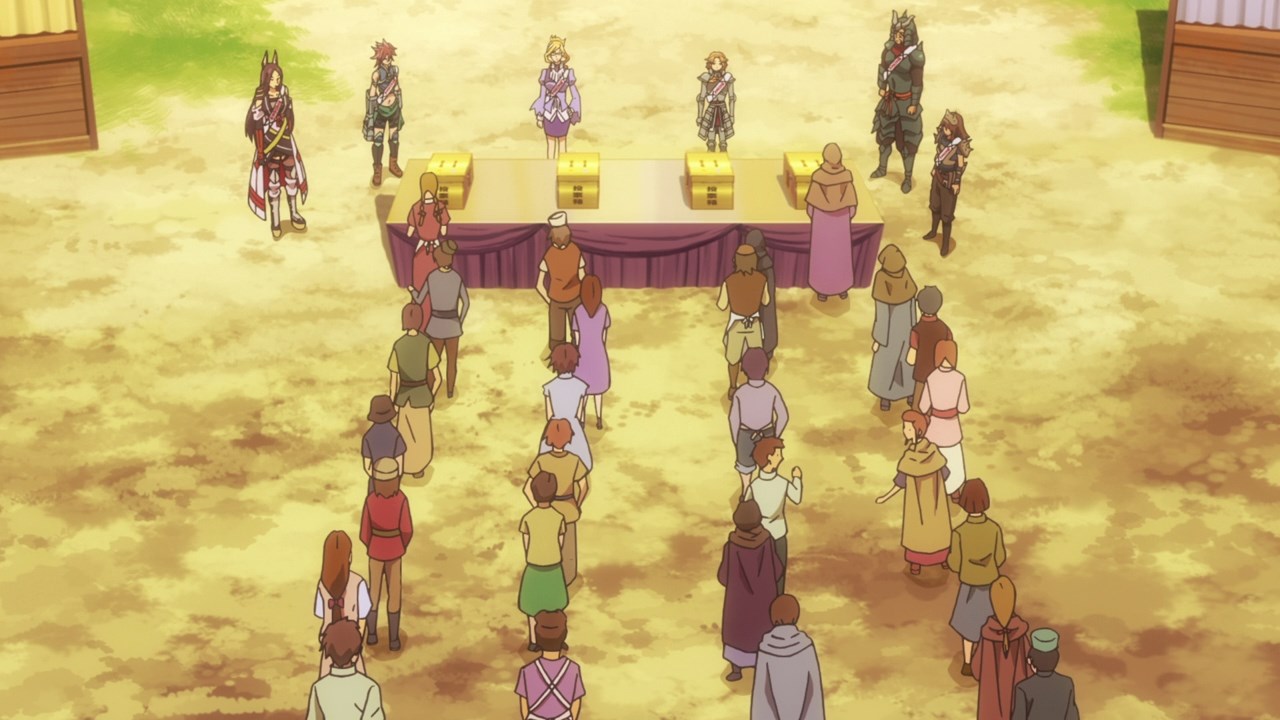 With that said, it’s time for everyone to cast their vote on who will govern the city of Akihabara. However, there’s a sudden turn of events during election day. 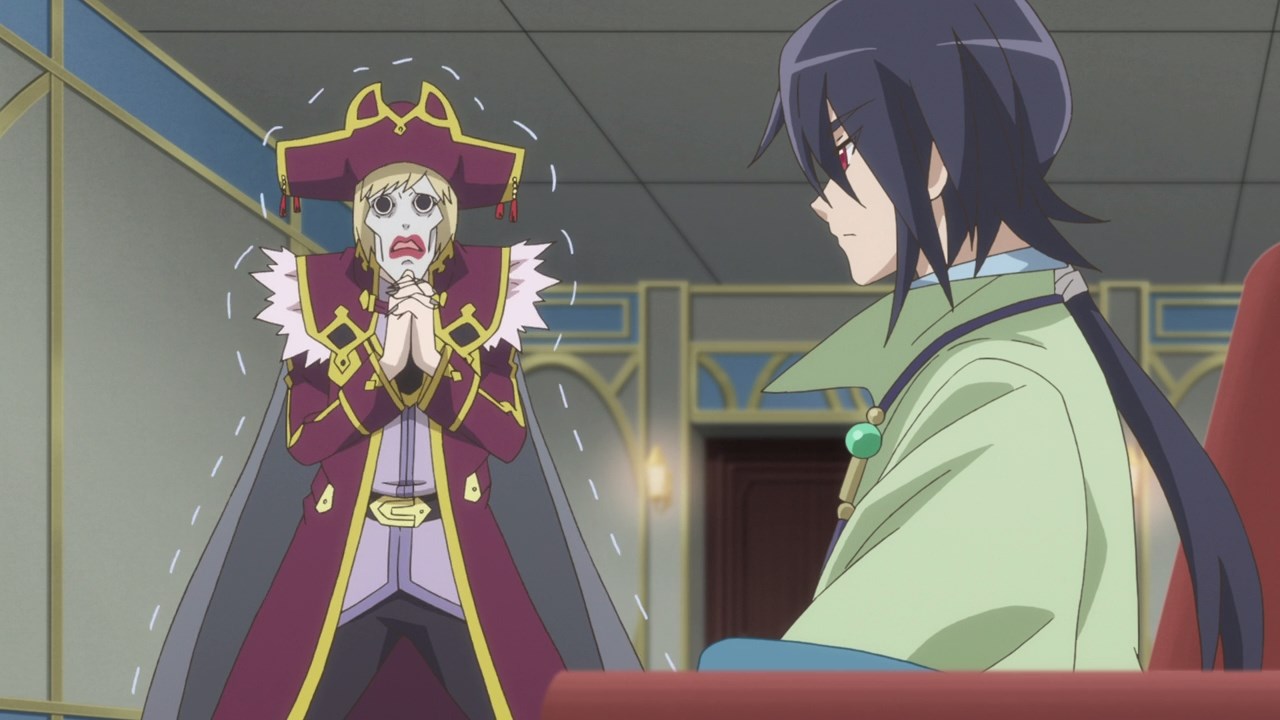 For one, Duke Eins has dropped out despite the fact that the counting of votes is still ongoing. Of course, Marves is worried that with Eins conceded, the Senate will grow even more powerful that it’ll completely overshadow the Saiguu family in terms of political influence.

You may thank Shiroe for repairing the Intercity Transport Gate in which the Senate might launch an invasion at Akiba right away, although they retaliate easily since the Round Table Conference will go straight to Westlande. 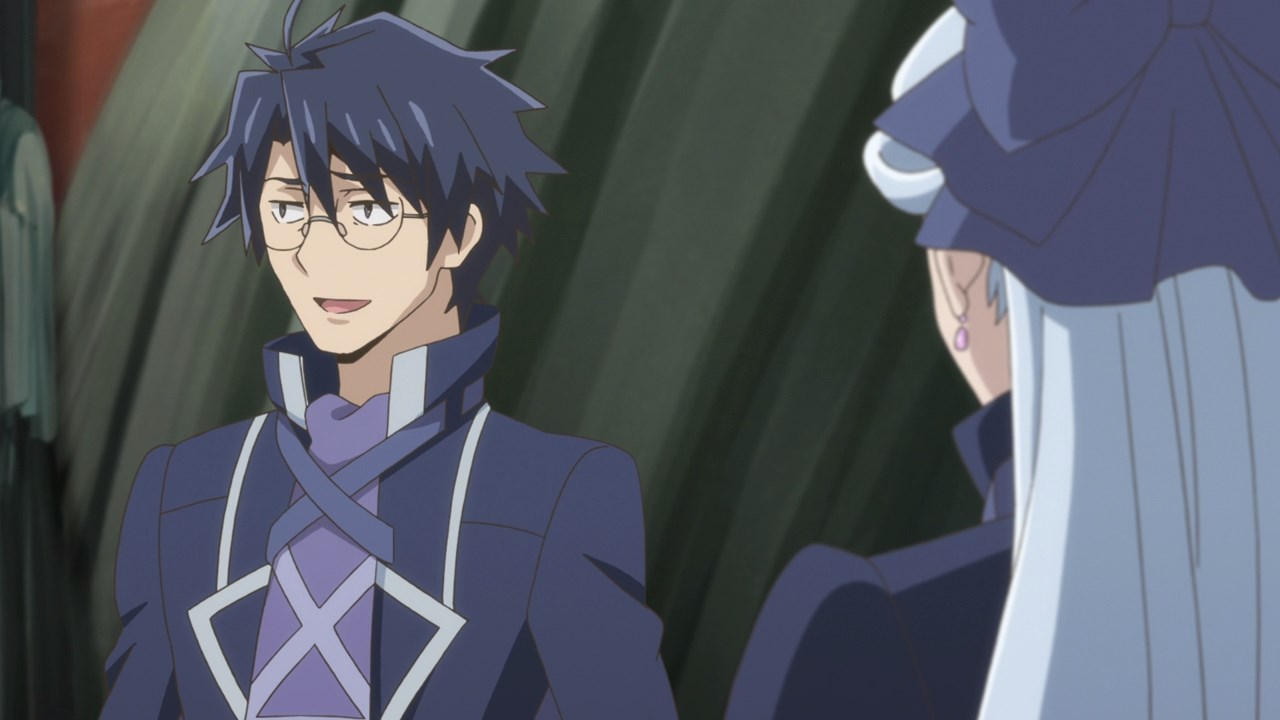 And so, Princess Raynesia and the Round Table Conference have won the election by a narrow margin, but it seems that Shiroe and the rest are not celebrating it because Eins really challenged them in creating a better future in Akiba.

You know what, I think Eins is the winner for uniting everyone despite losing in the elections spectacularly. 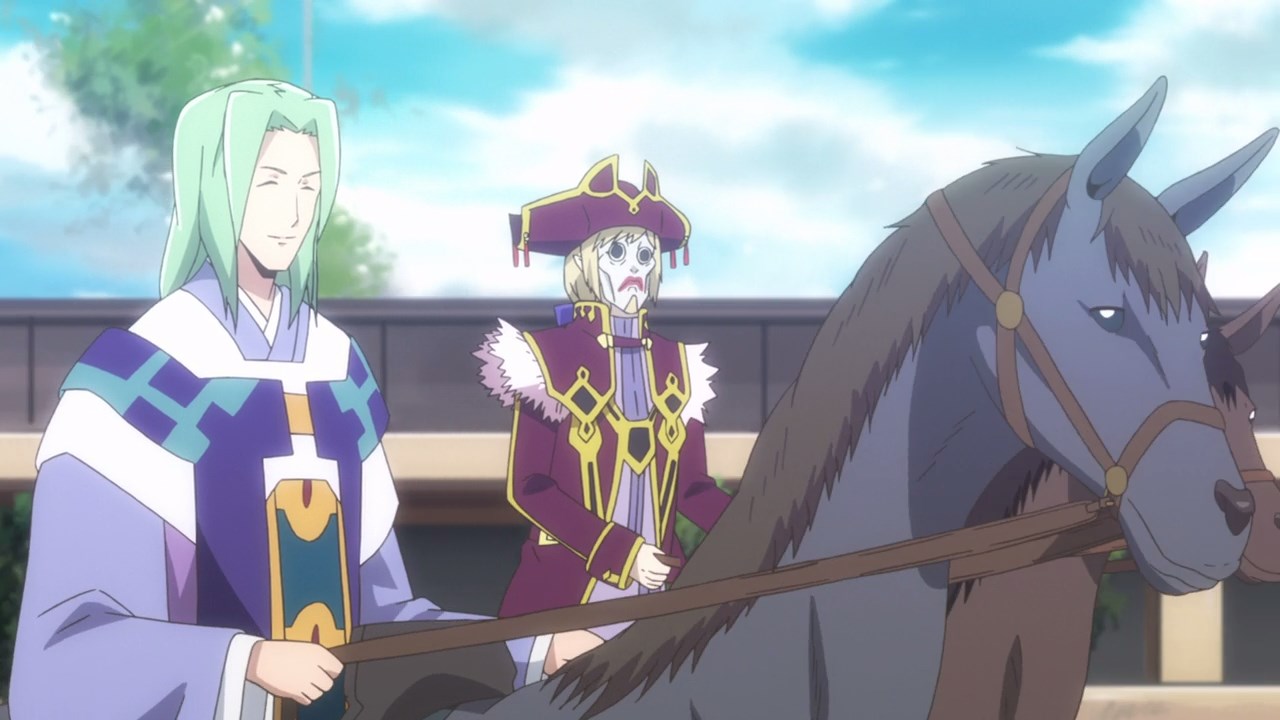 But speaking of Eins, he went to the Lake of Nio together with Marves and Prince Touri. I guess he wants to have a change of scenery after the Akiba elections but I wonder if Honesty is with him since Eins can’t go alone? 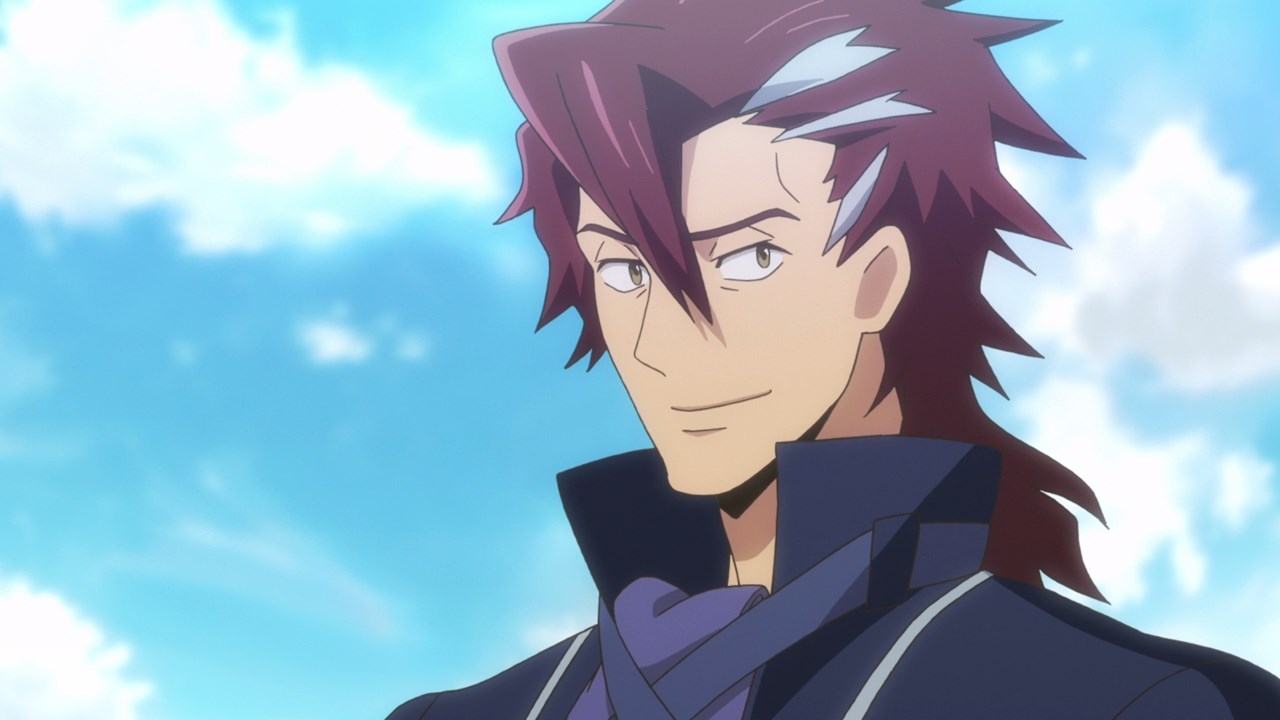 One more thing, here’s Isaac from the Black Sword Knights where he wants to see Eins for one last thing. Would it be better if Shiroe went to see Eins instead of Isaac? 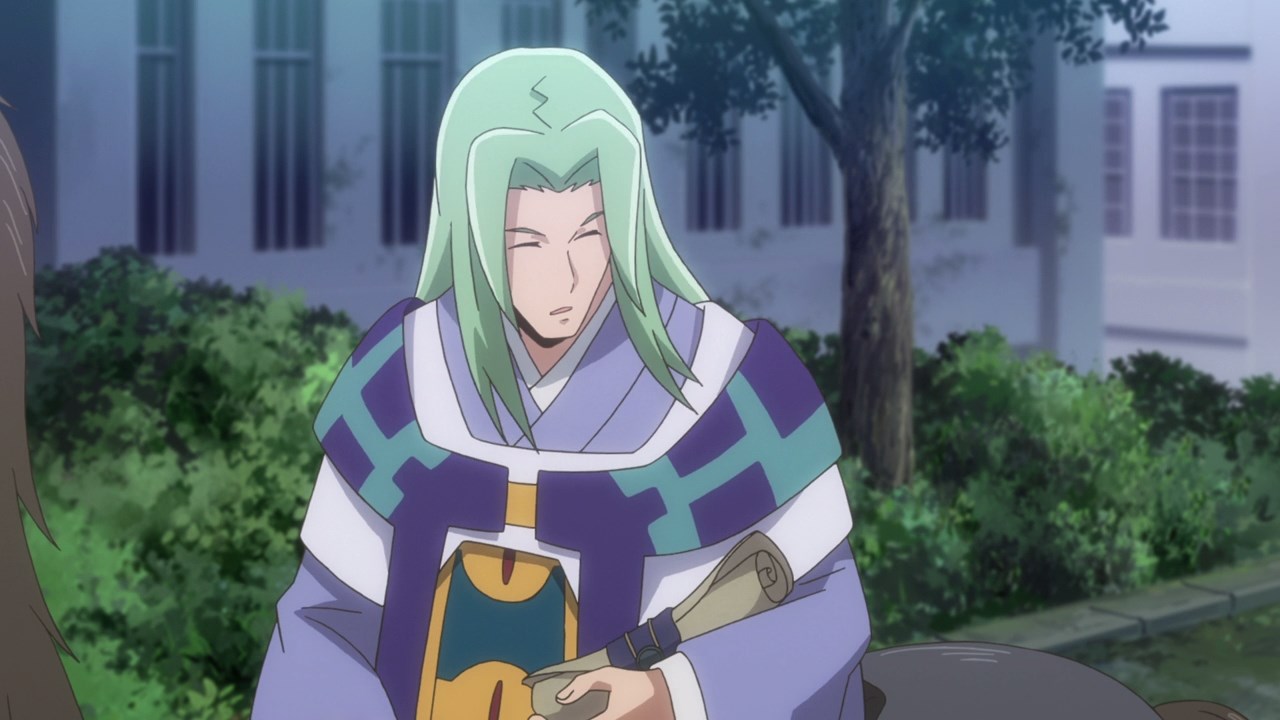 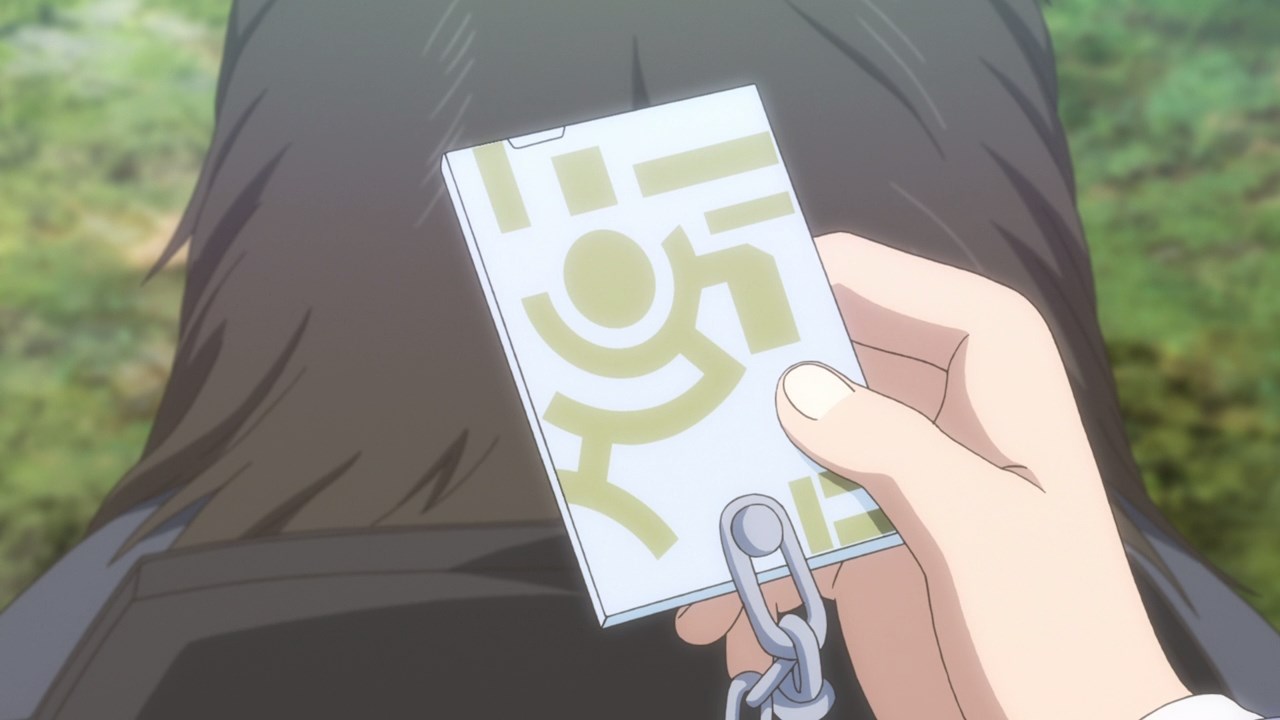 Anyways, Isaac gave some parting gifts to Eins which includes paperwork for the zone contract extrication and an access card to Kunie’s Gold Vault. Damn, Eins really hit the jackpot! 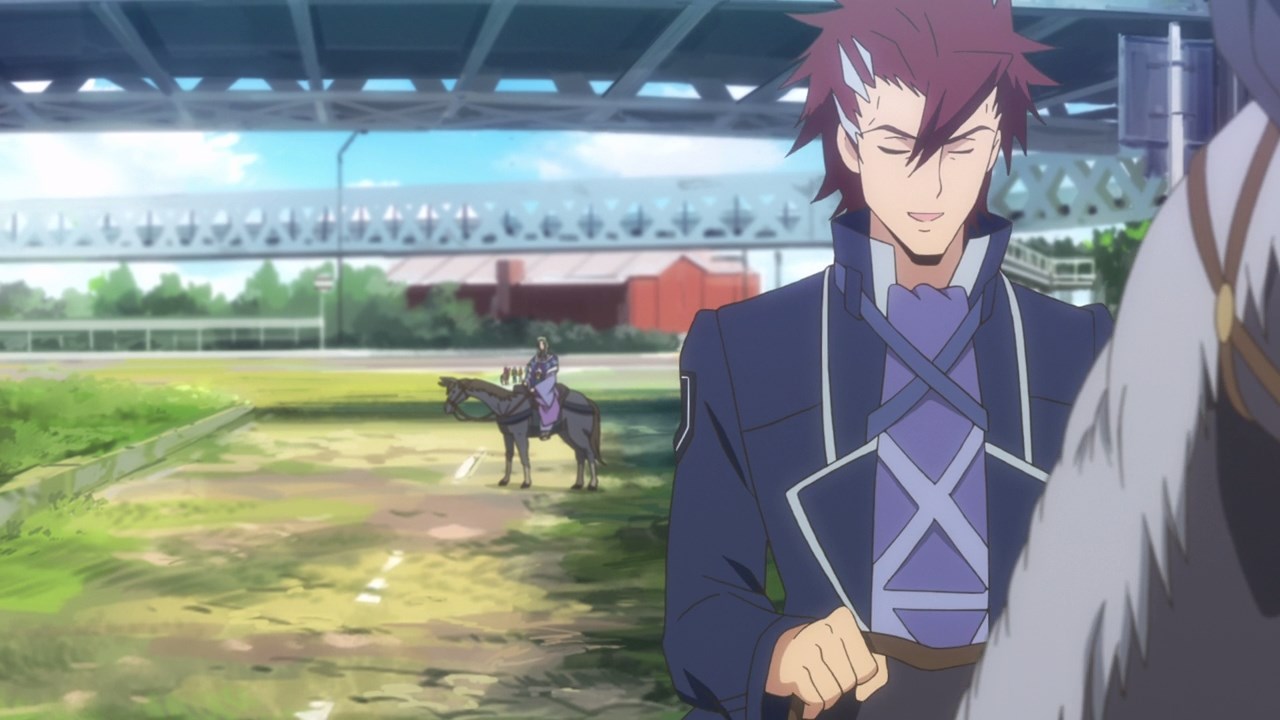 And so, it’s time for Isaac to bid farewell to a former Conference member. Man, I’m gonna miss Eins very much but I’m hoping that he and Prince Touri are okay at the Lake of Nio. 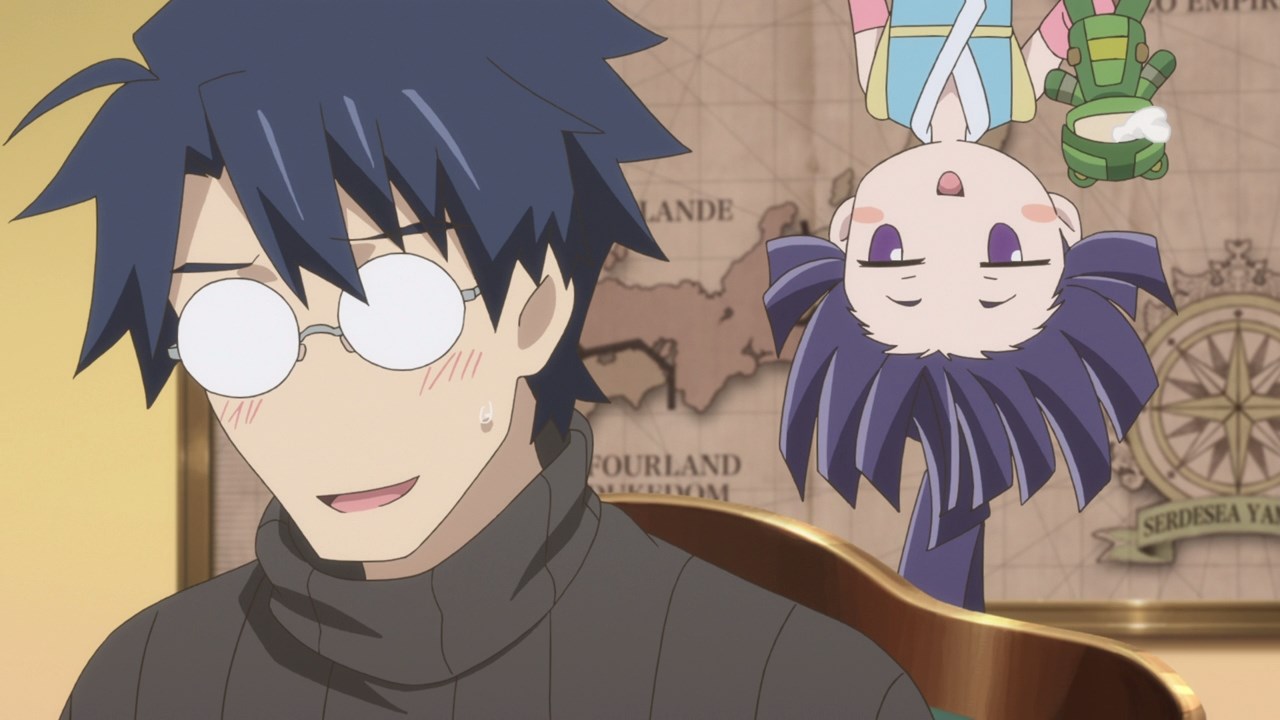 But now that the dust has finally settled, it’s time for Shiroe to get busy on making Akiba better while establishing ties among Eastal cities as they really need to stick together should Westlande attacks again.

On the other hand, looks like Akatsuki is teasing her lord for being called the Geki of the East. Man, why would Prince Touri give something so grandiose that Shiroe felt embarrassed upon hearing that title? 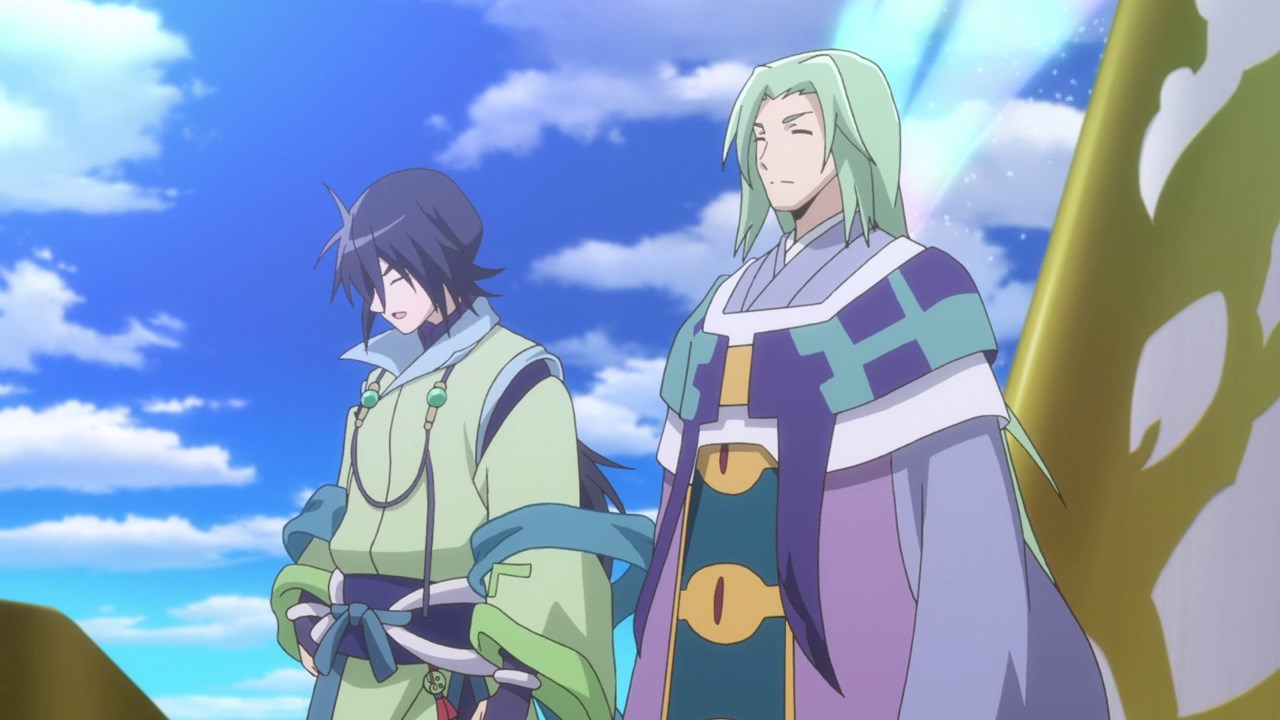 Well everyone, I’ll end this episode where Duke Eins is riding a boat together with Prince Touri. Looks like it’s gonna be a start of a good friendship between these two!

Anyways, I’ll see you next time where I’m hoping that Kanami and her companions will make their appearance.