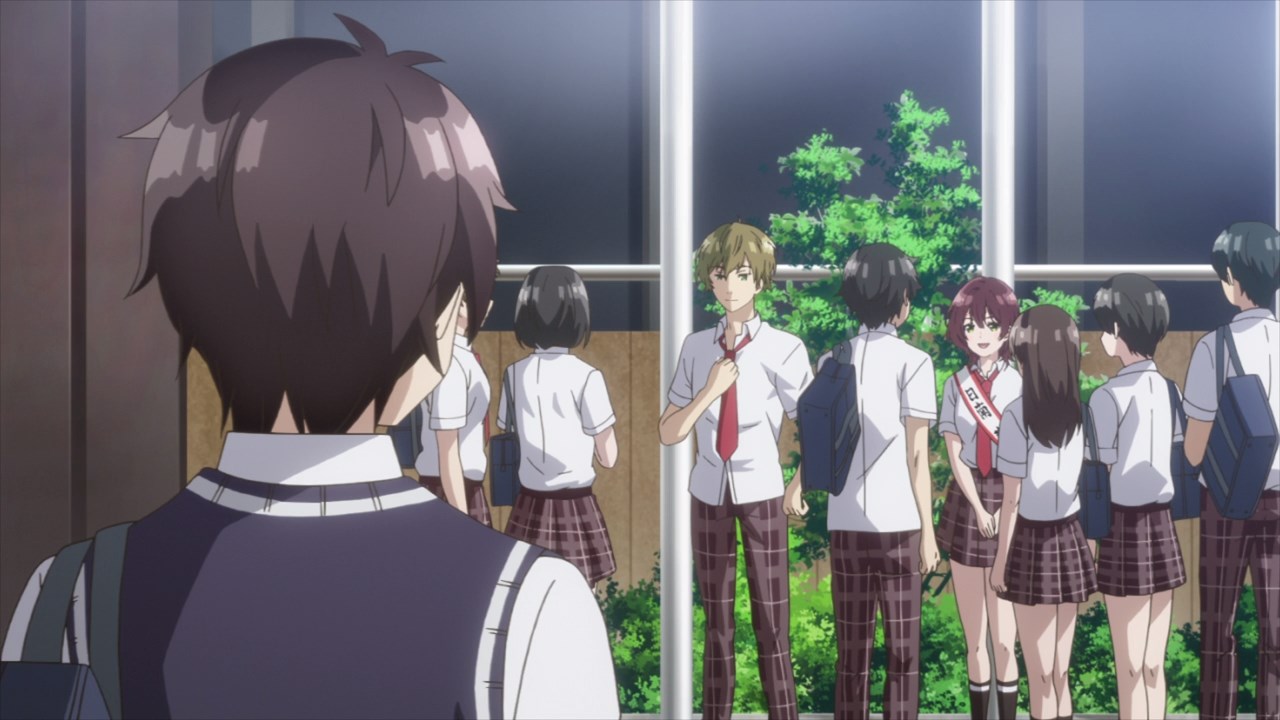 Well everyone, it’s campaign time in Sekimoto High School as Aoi Hinami and Minami Nanami are duking it out to see who will be the next student council president.

Of course, Aoi Hinami is the favorite to win the elections as she got Takahiro Mizusawa as her campaign manager. But what about Fumiya Tomozaki? 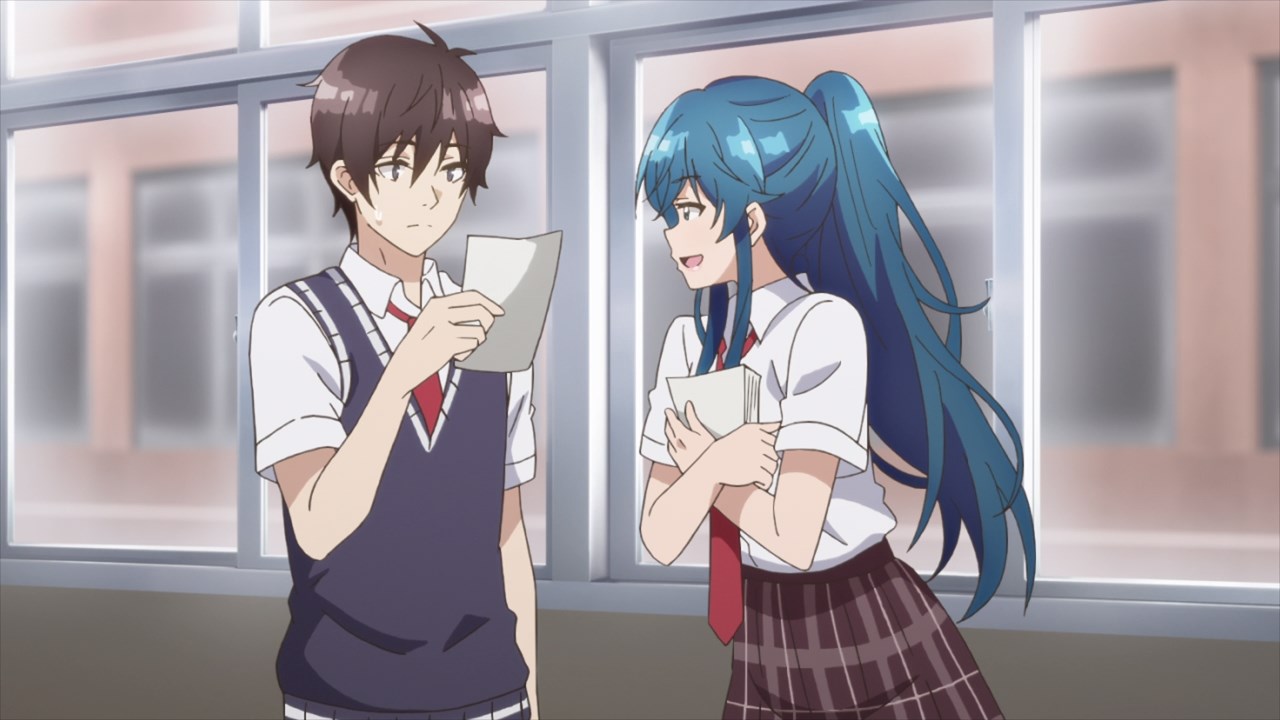 Well, Tomozaki-kun was tasked to become the campaign manager for Minami “Mimimi” Nanami, although Mimimi refused his help at first because she already has Yumiko Yamashita as her campaign manager.

But when it comes to making scripts for speeches or even a simple layout for flyers, that’s where Fumiya Tomozaki comes into play where he’s good at organizing things. 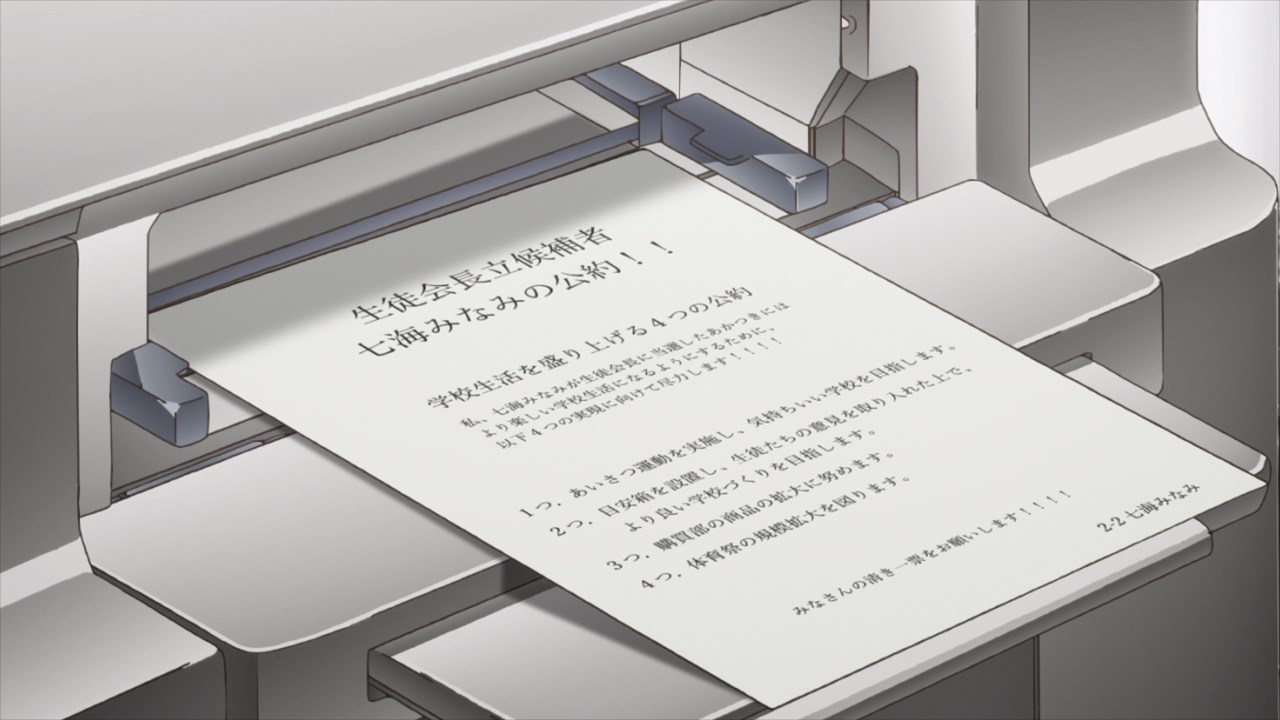 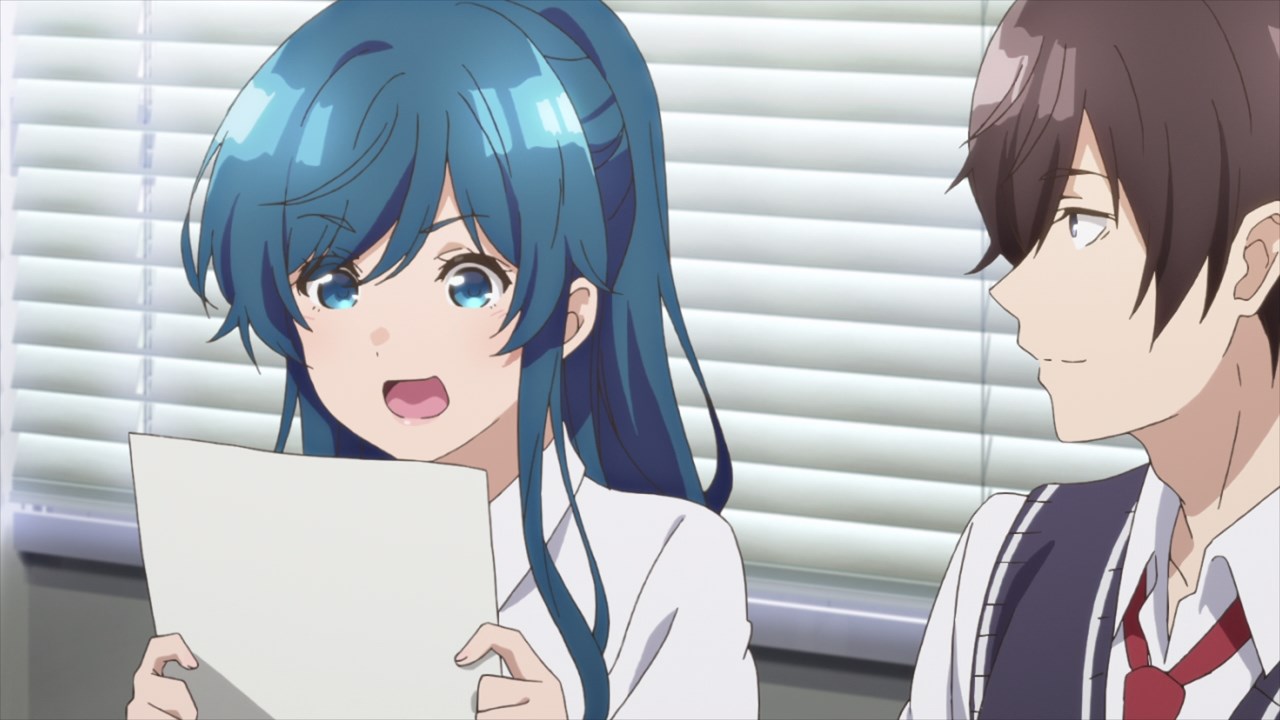 As you can see, he managed to simplify Nanami’s manifesto where it’s readable to everyone. Gotta say that he’s doing a great job at assisting Minami Nanami as she really wants to surpass Aoi Hinami instead of being Number Two in Sekimoto High School. 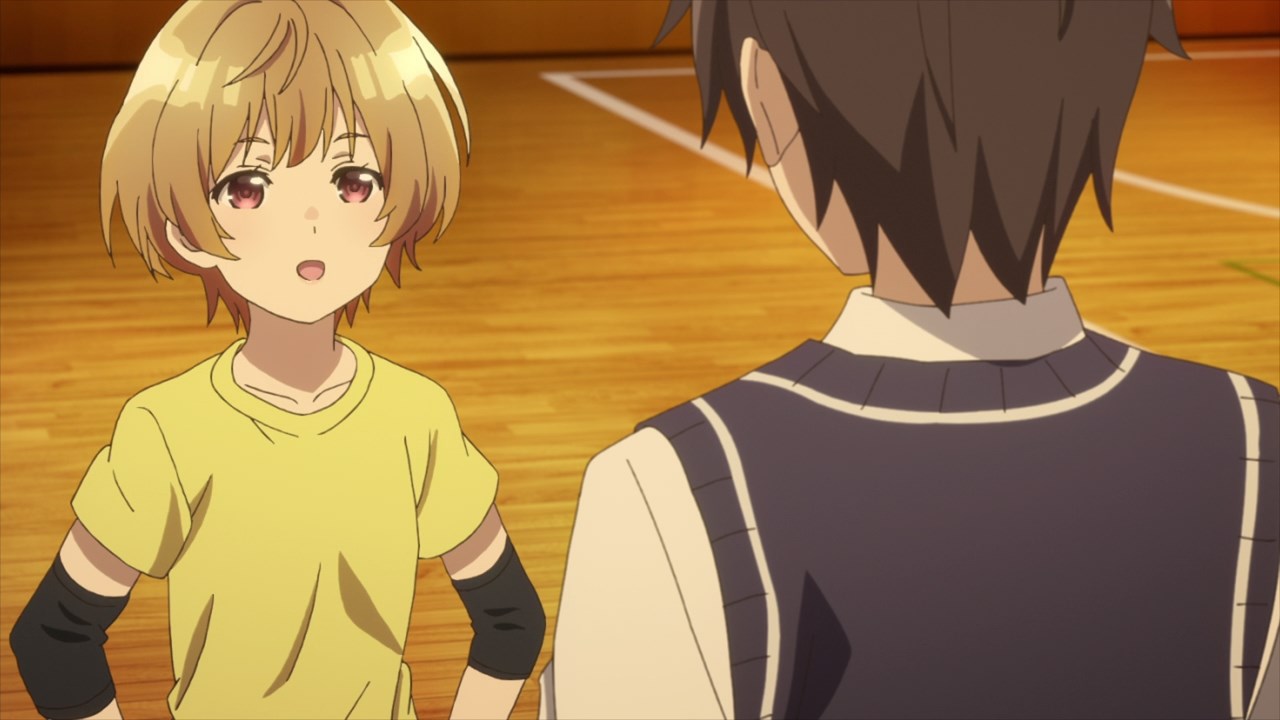 Of course, there are a few who are worried that Minami is pushing herself too far as Yumiko Yamashita asked Tomozaki-kun to take care of Nanami. 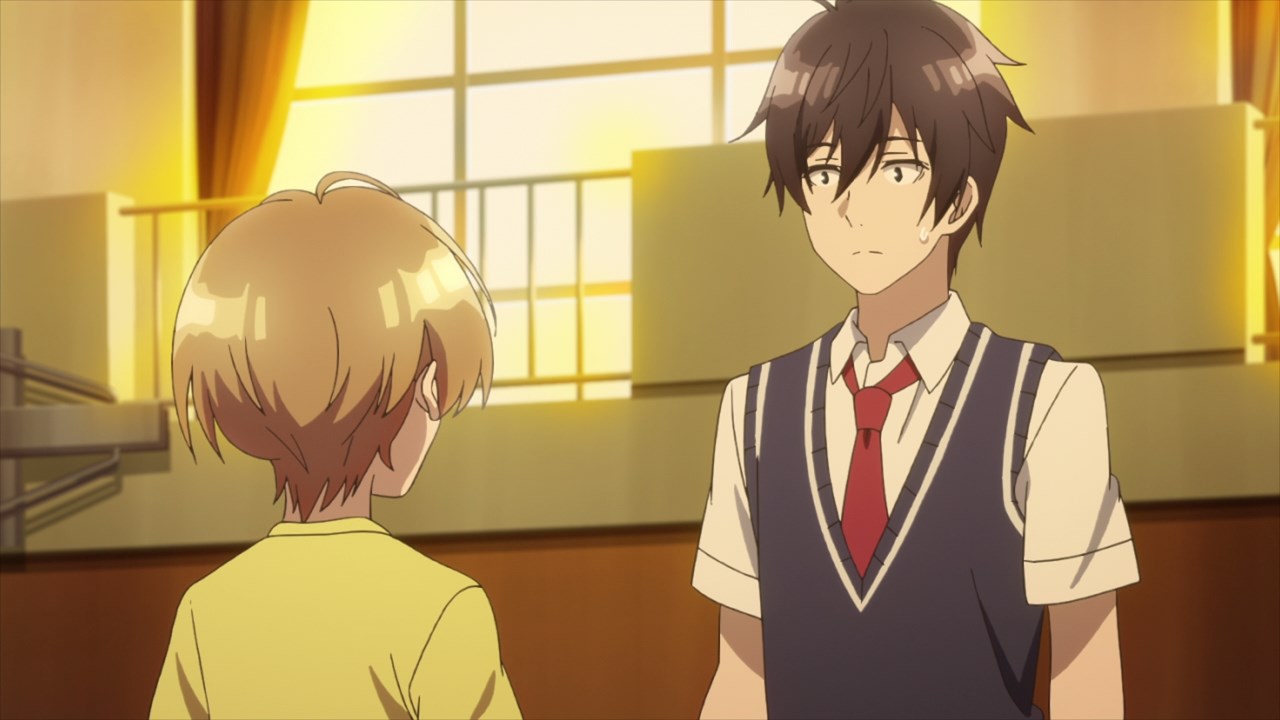 For Fumiya Tomozaki, he’s surprised that the likes of Yumi really cared about Mimimi’s health. Of course, Minami Nanami won’t stop until she reaches Number One in Sekimoto High. 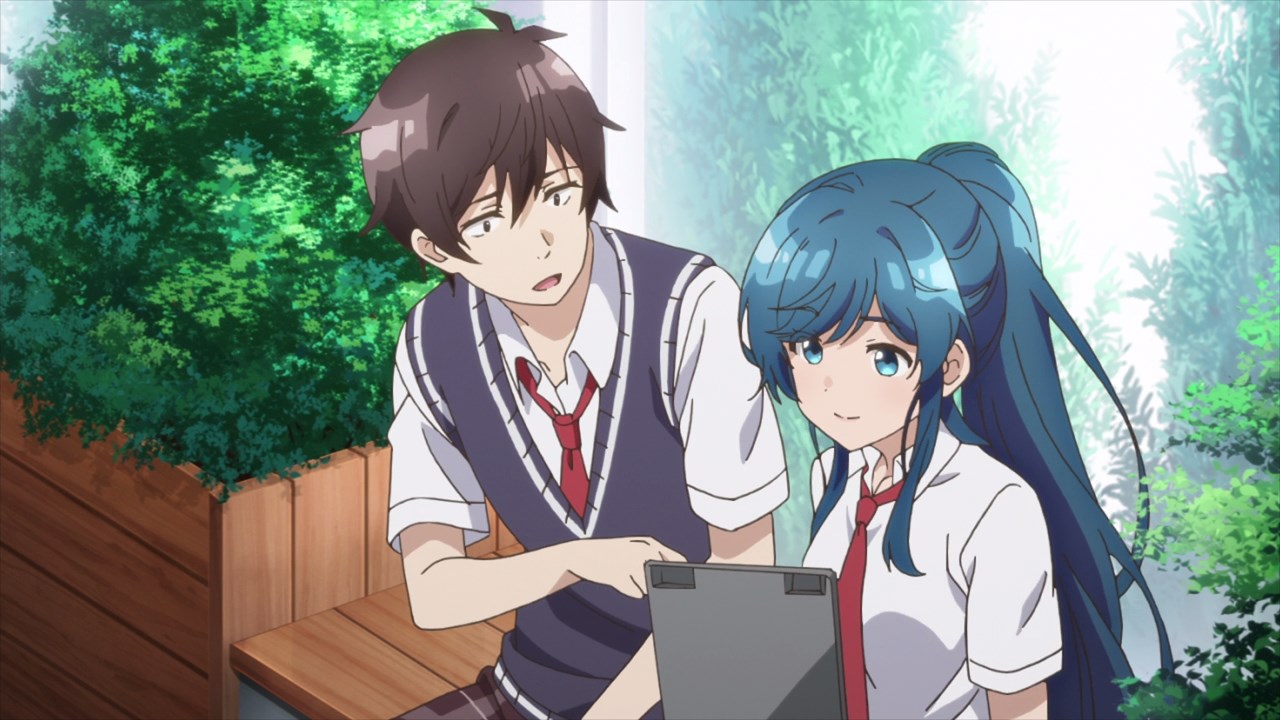 Well then, it looks like Tomozaki-kun continues his role as the “brains” for Minami Nanami’s campaign where he discusses various strategies to win the elections. 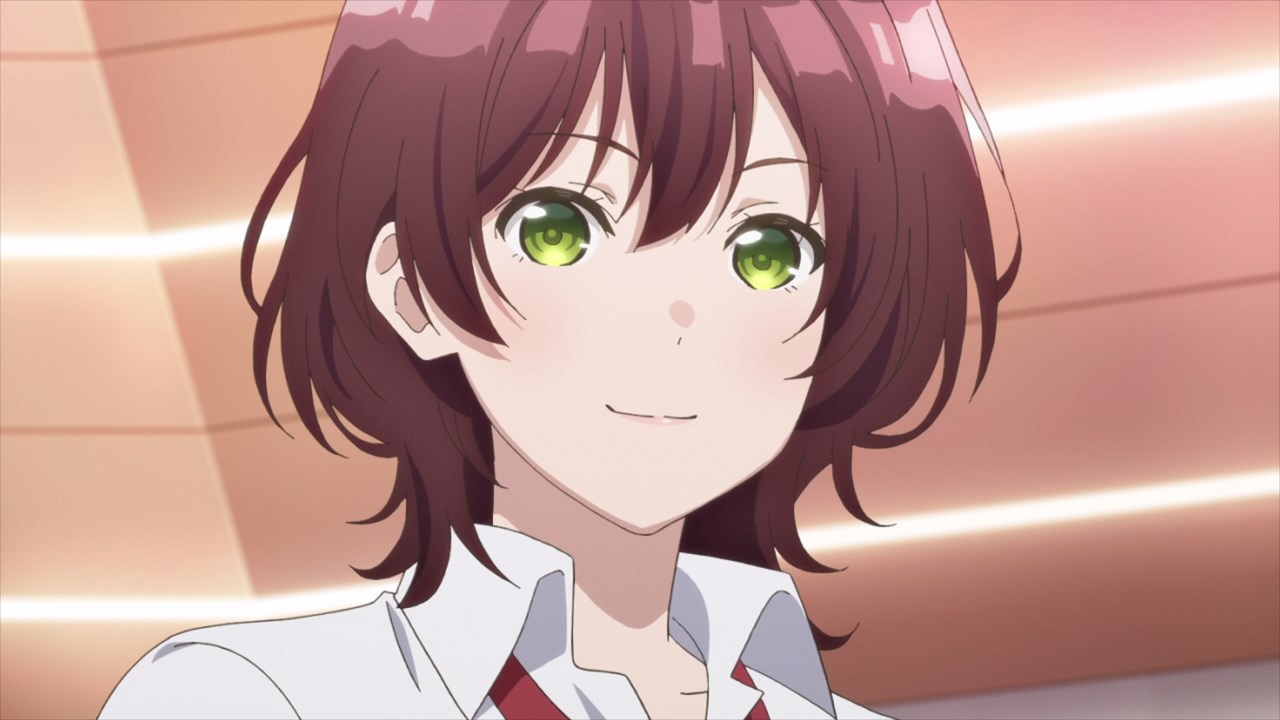 Oh and here’s Aoi Hinami where she’s looking forward for Tomozaki-kun to put up a good fight in the upcoming elections as Minami’s assistant.

Anyways, I’ll see you next time as two most popular students will have a final showdown at the student council elections. May the best candidate wins!