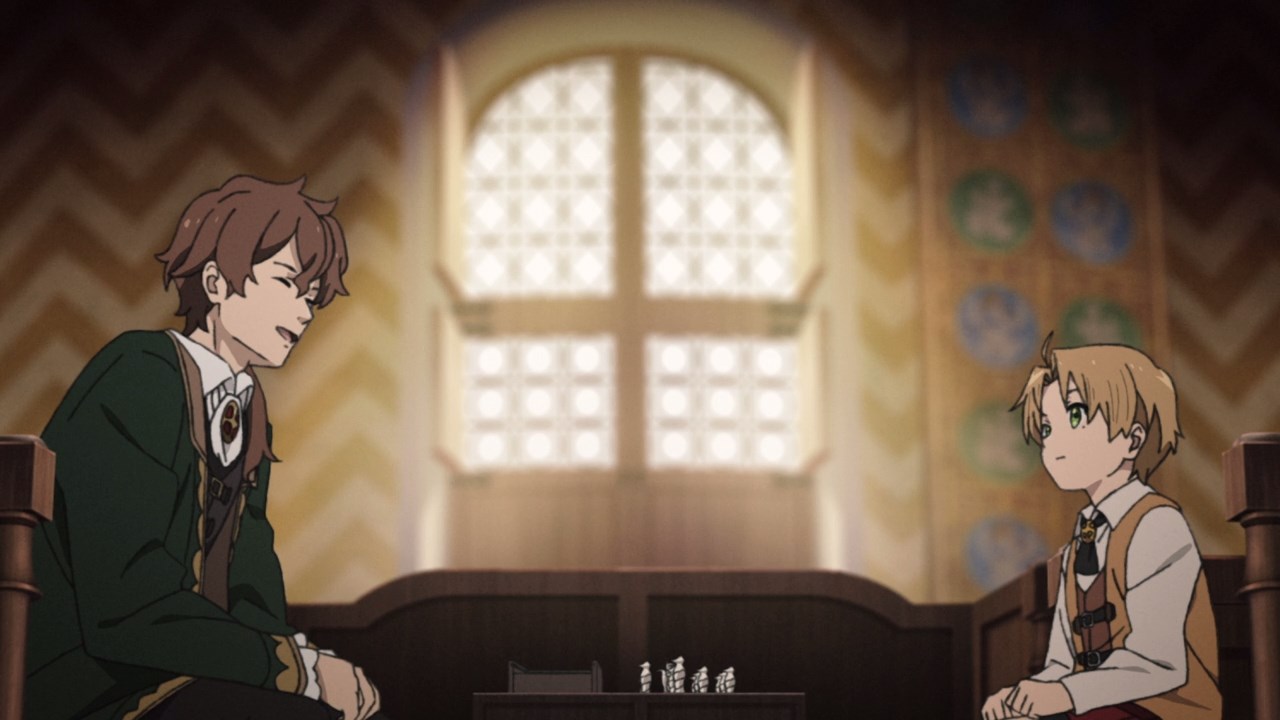 Here’s Philip Boreas Greyrat where he’s glad that his daughter Eris is saved, although Ghislaine is the one who took out the goons while Rudeus Greyrat just protect Eris and heal her wounds. 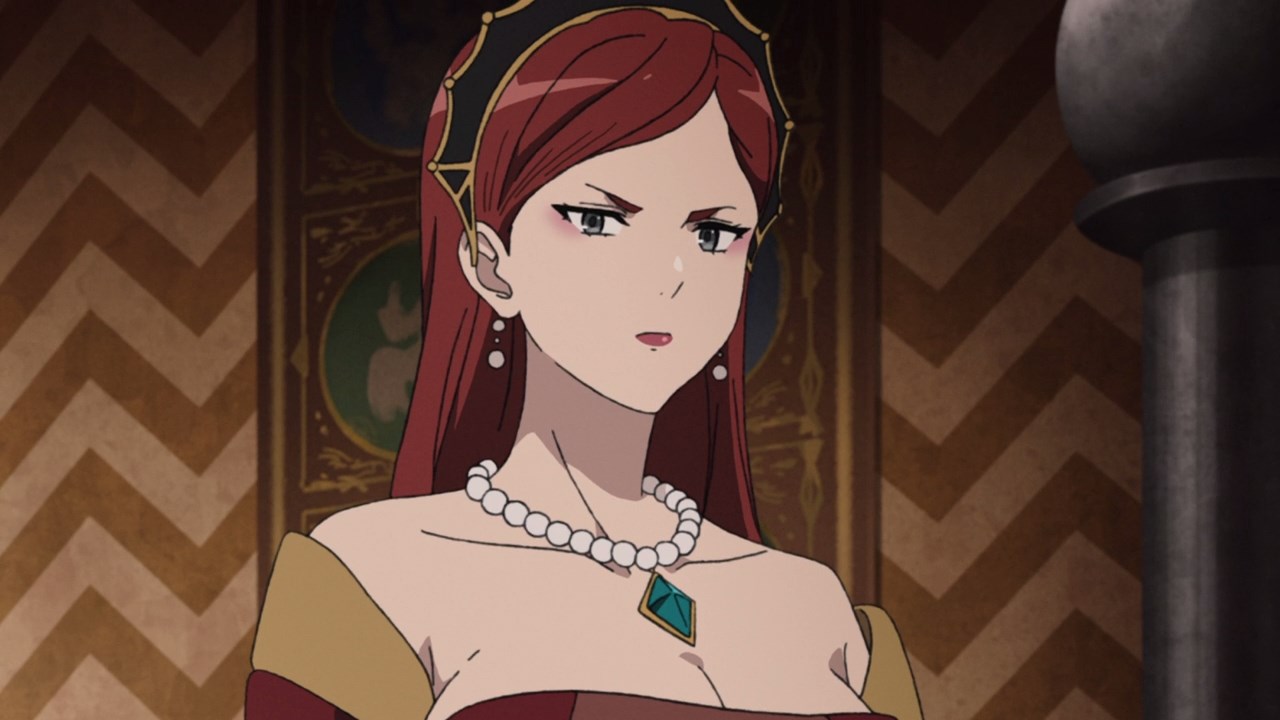 Now then, it’s time to meet Philip’s family starting with his wife Hilda in which she doesn’t like Rudy very much. I mean, her eyes stares at his soul. 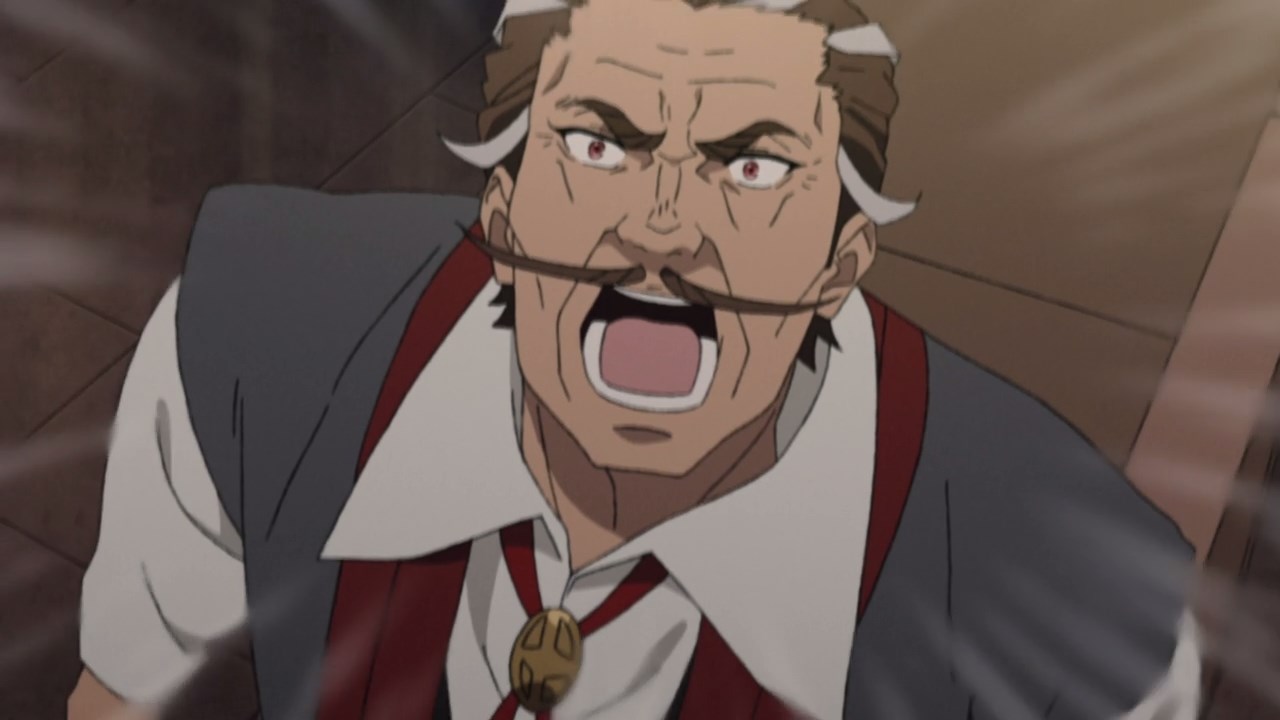 And this is Sauros Boreas Greyrat who is the current lord of Fittoa and Rudeus’ grandfather. Oh yeah, I have to say that Eris took a lot from his boisterous personality. 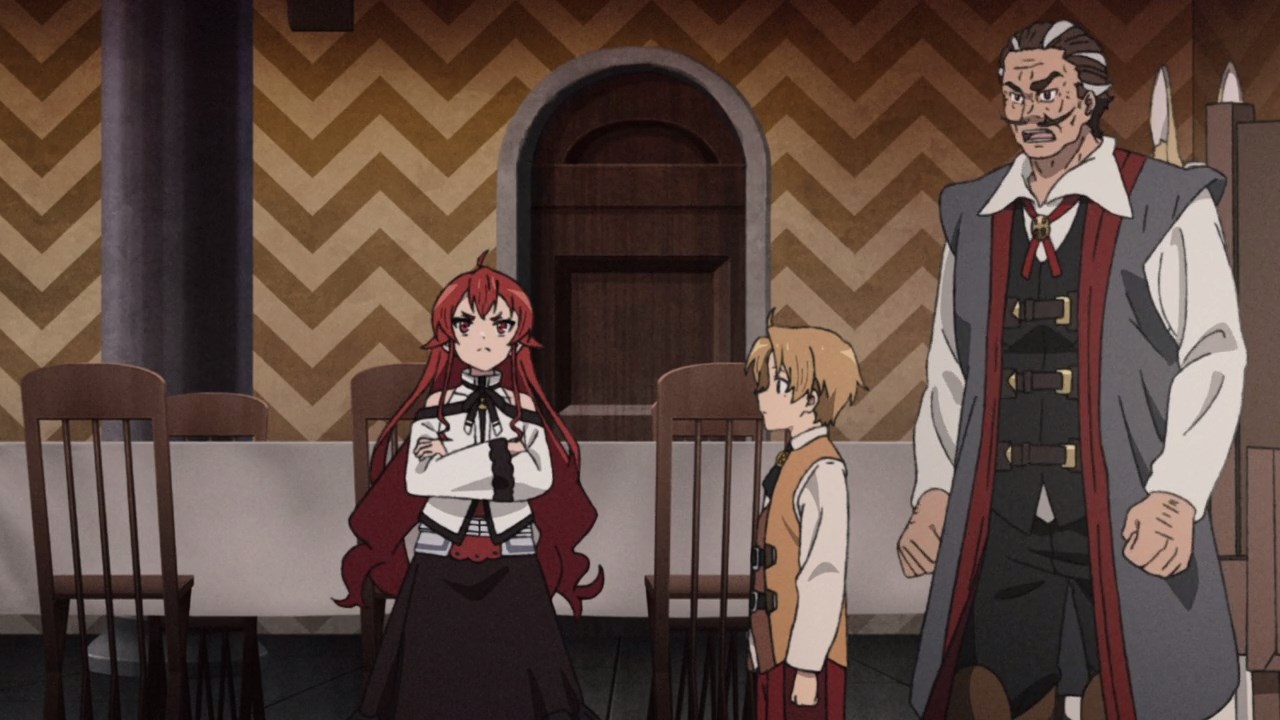 Anyways, Lord Sauros told Eris to politely ask Rudeus to teach her magic. C’mon, it would be bad that Eris grows up into a spoiled violent lady. 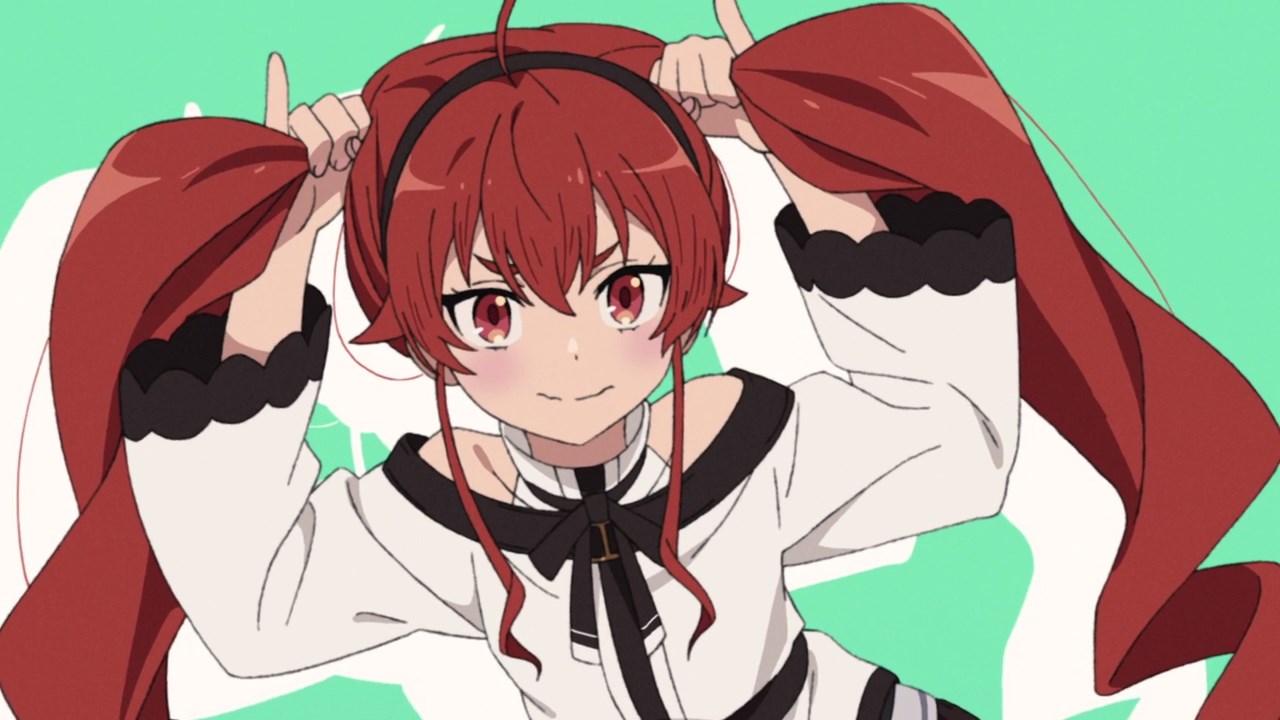 But speaking of Eris, she’s trying to act moe towards Rudy. Man, she’s in dere mode but anyways, Rudy will teach her magic. 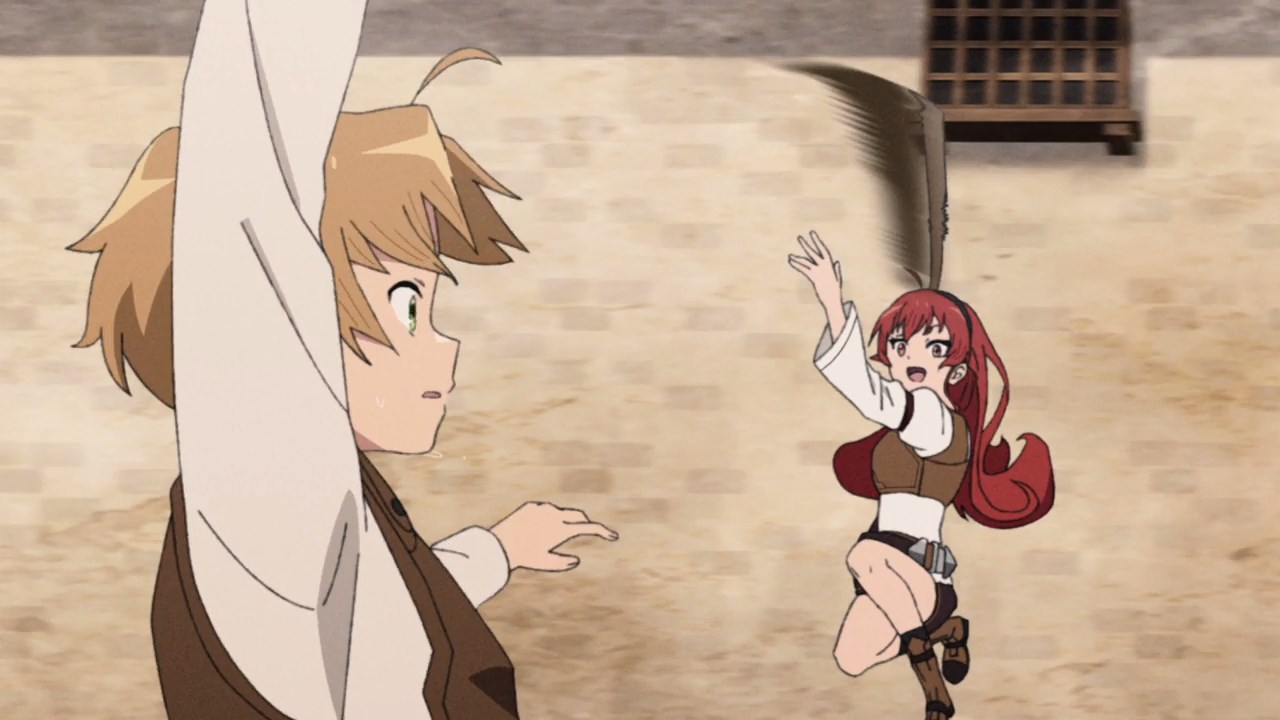 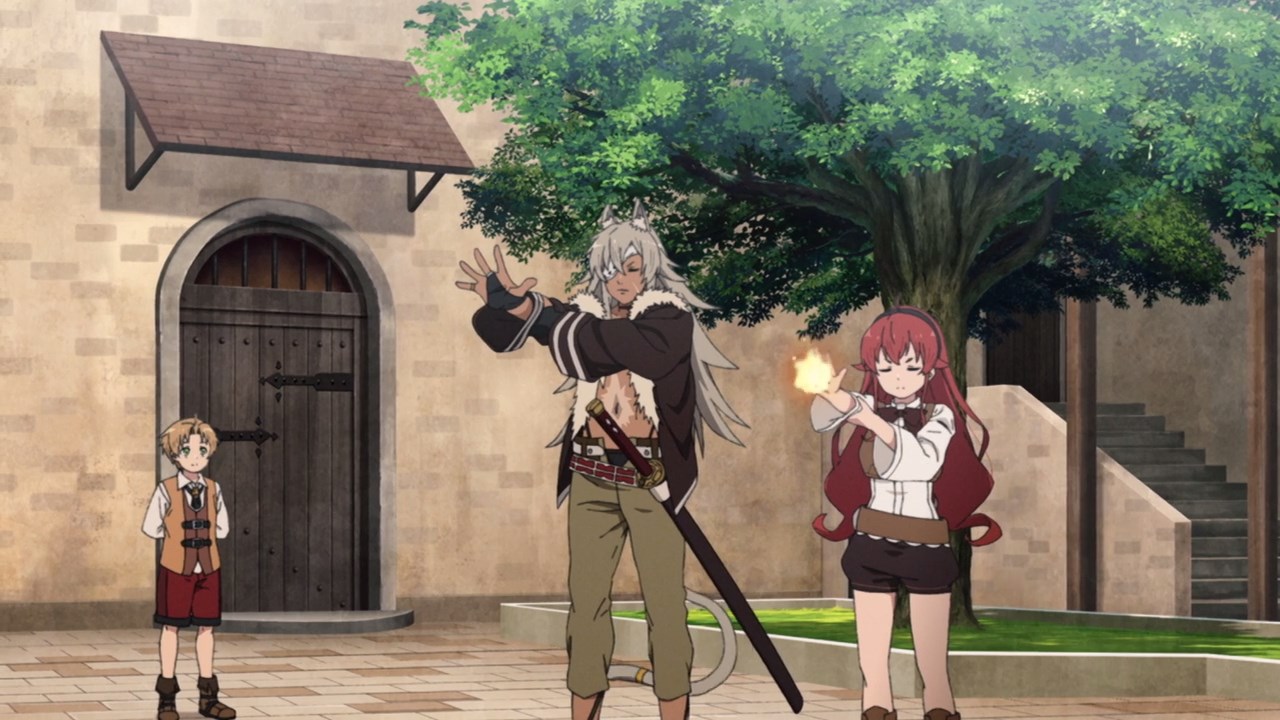 Now then, it’s time for their tutoring session where Ghislaine teach them swordsmanship while Rudeus will teach them magic.

While Rudy is struggling to use swords to defend himself, it appears that Eris is starting to become good at both swordsmanship and magic. Too bad that she’s not good at mathematics and writing. 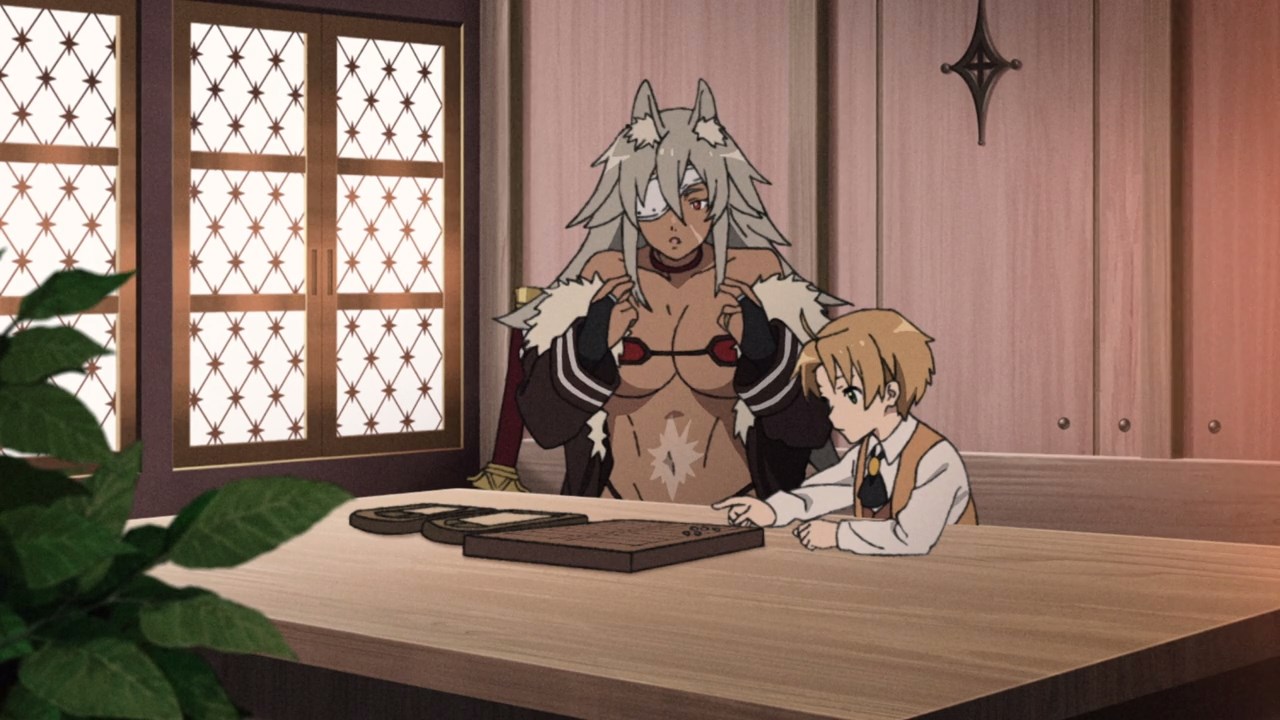 But hey, at least Ghislaine learned mathematics which is helpful when counting money, number of monsters to slay, etc. Speaking of Ghislaine, she had a rough time where she doesn’t know the importance of money and thus Ghislaine almost died from hunger if it wasn’t for Philip recruiting her as Eris’ bodyguard.

While I’m glad that Ghislaine is starting to become literate, I’m hoping that Eris will get smarter ’cause it’ll bad once she’s grow up to be a woman. 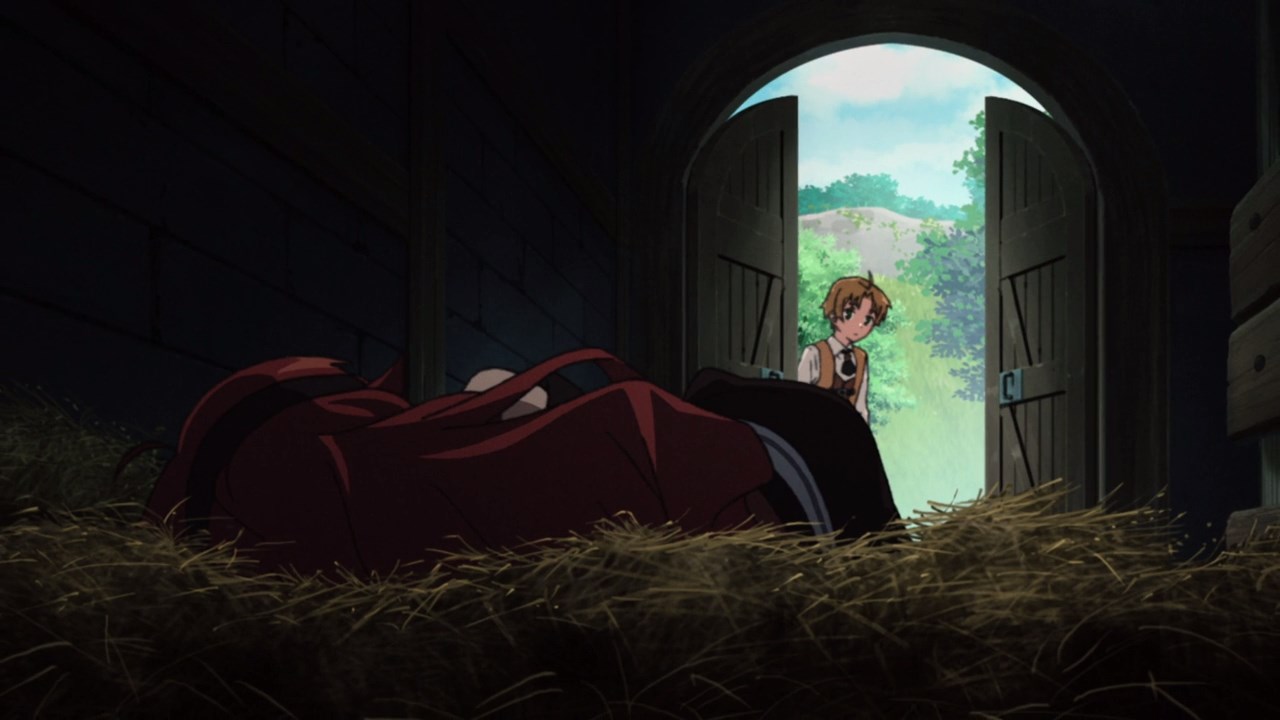 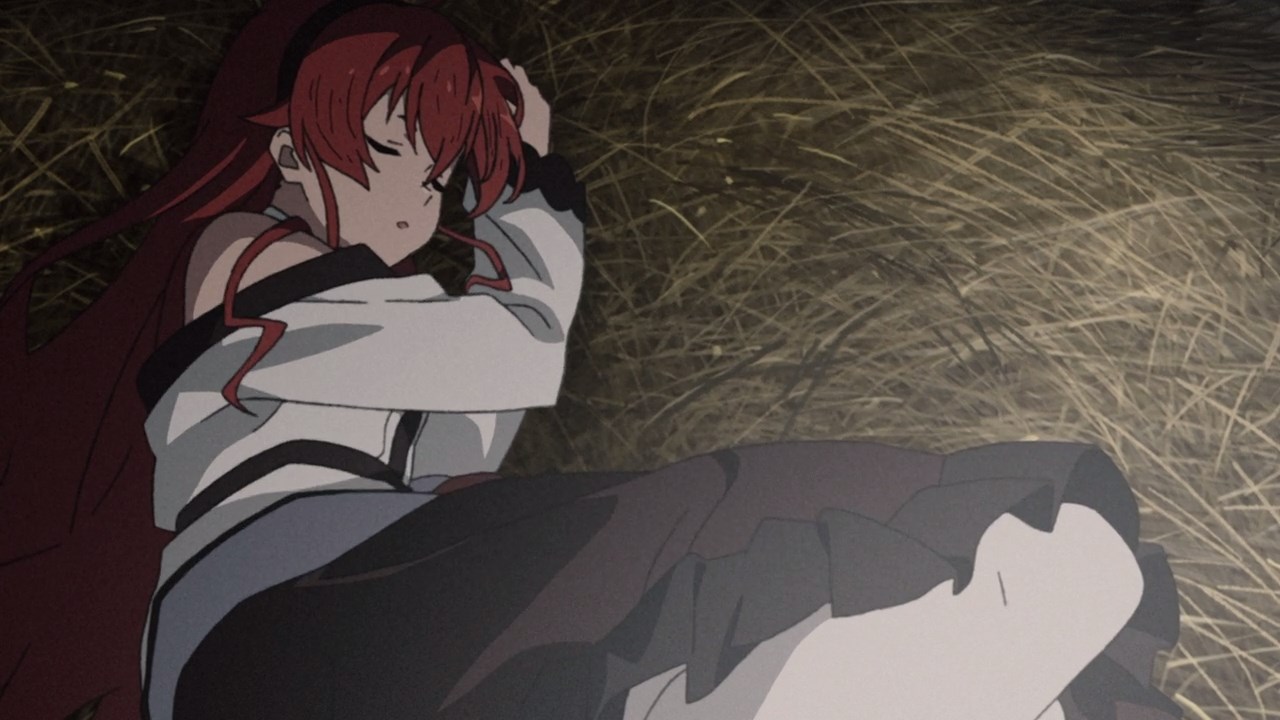 Speaking of Eris, looks like Rudy found her sleeping at the barn. Well then, it’s time for him to wake Eris up. 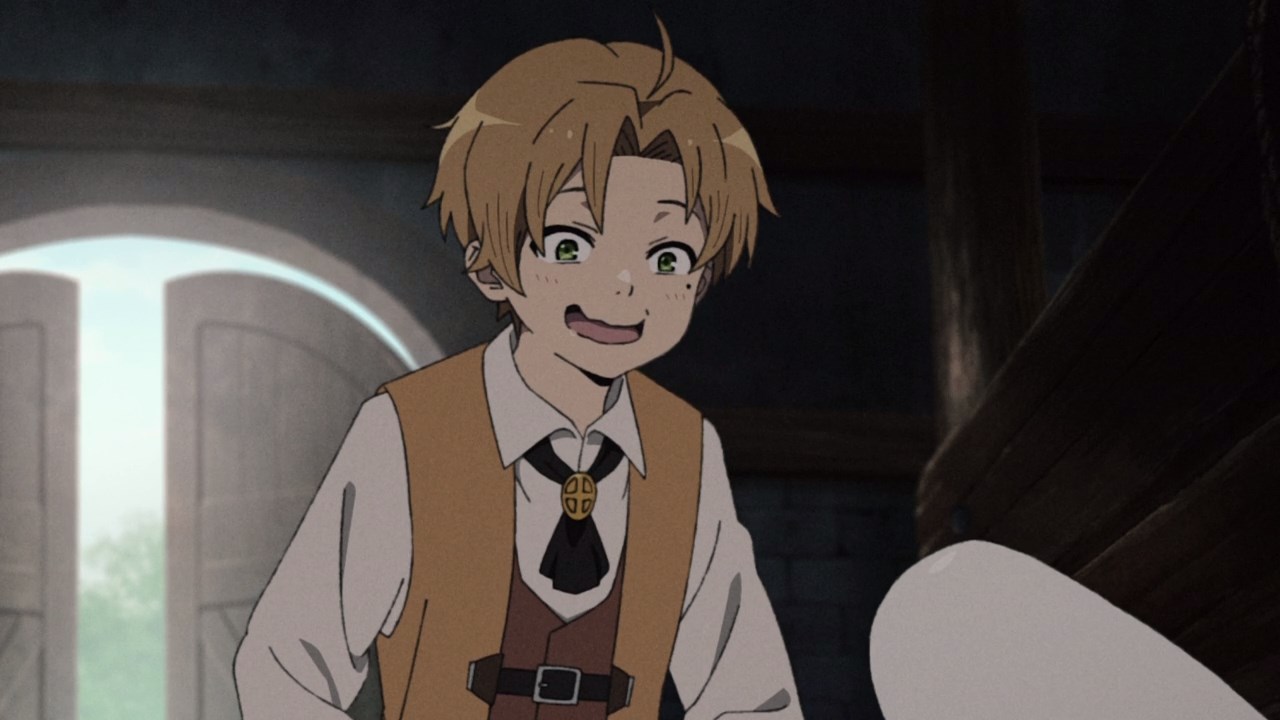 Of course, this is Rudy we’re talking about as his dirty old man mind is kicking into high gear. Oh boy, what will Rudy do towards a defenseless girl? 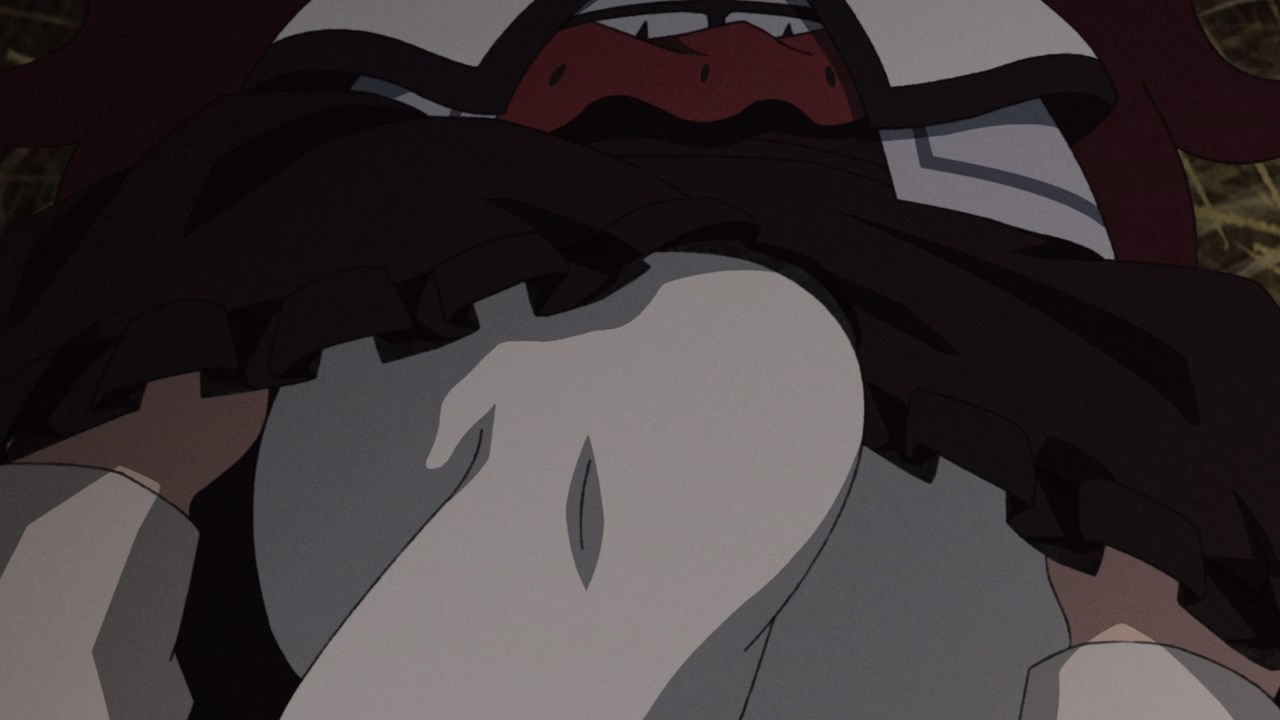 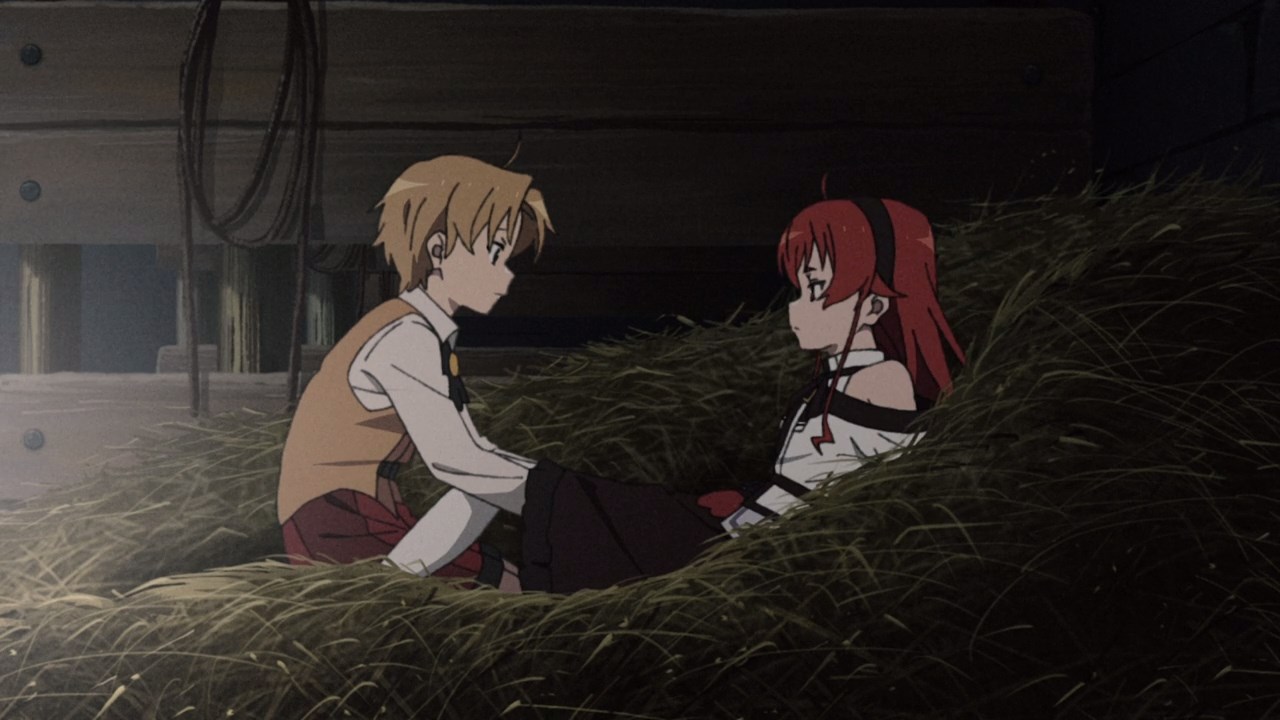 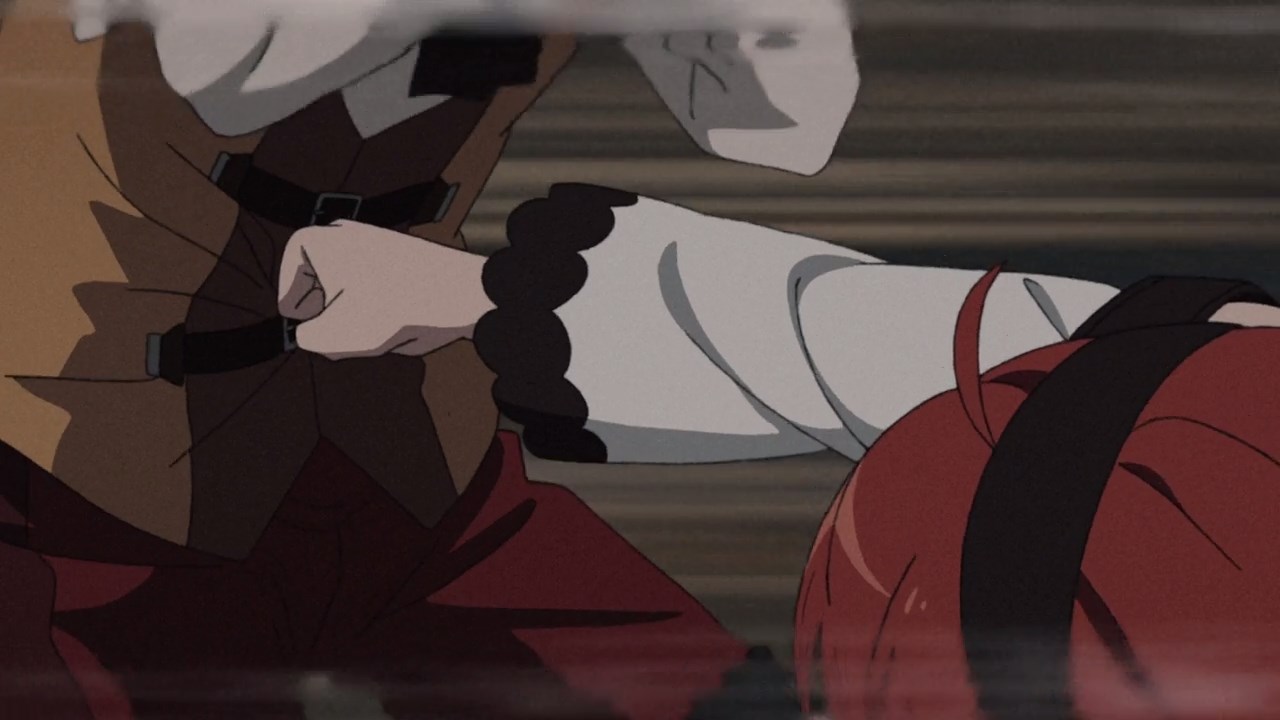 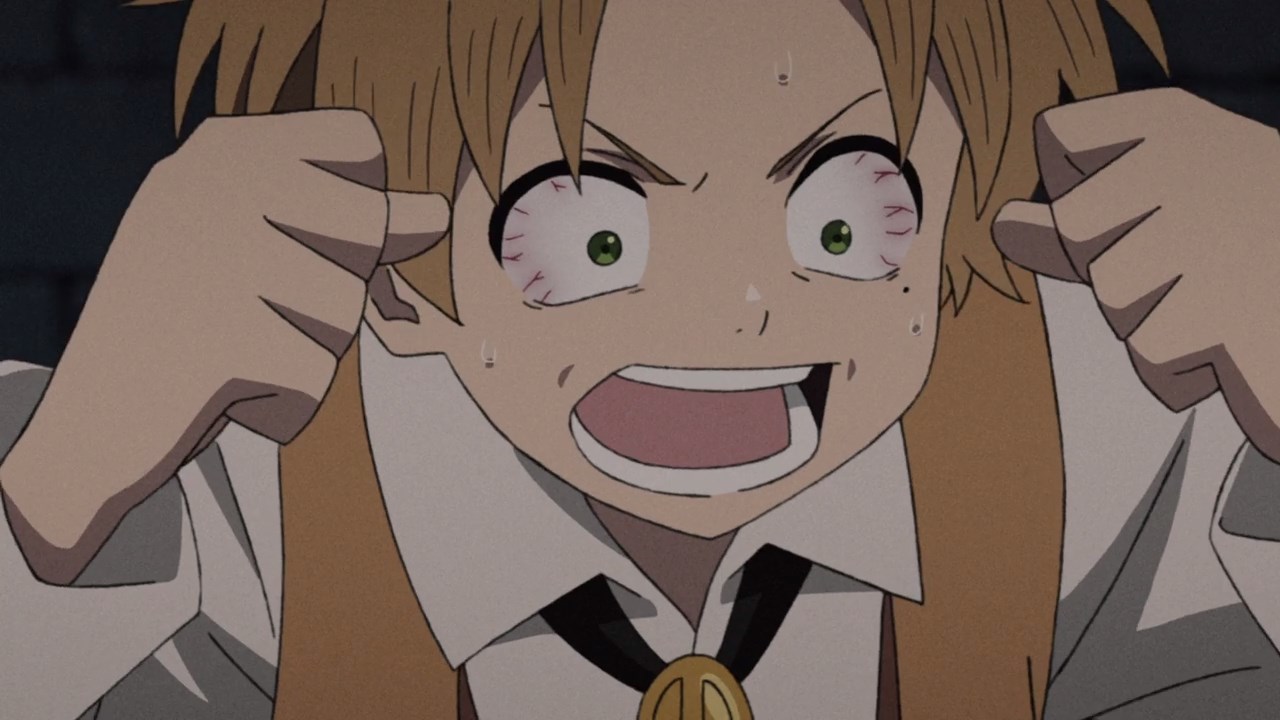 And seriously though, Eris beat him up pretty bad. Anyways, it’s time for Rudy to teach Eris on academic studies like mathematics and literature. 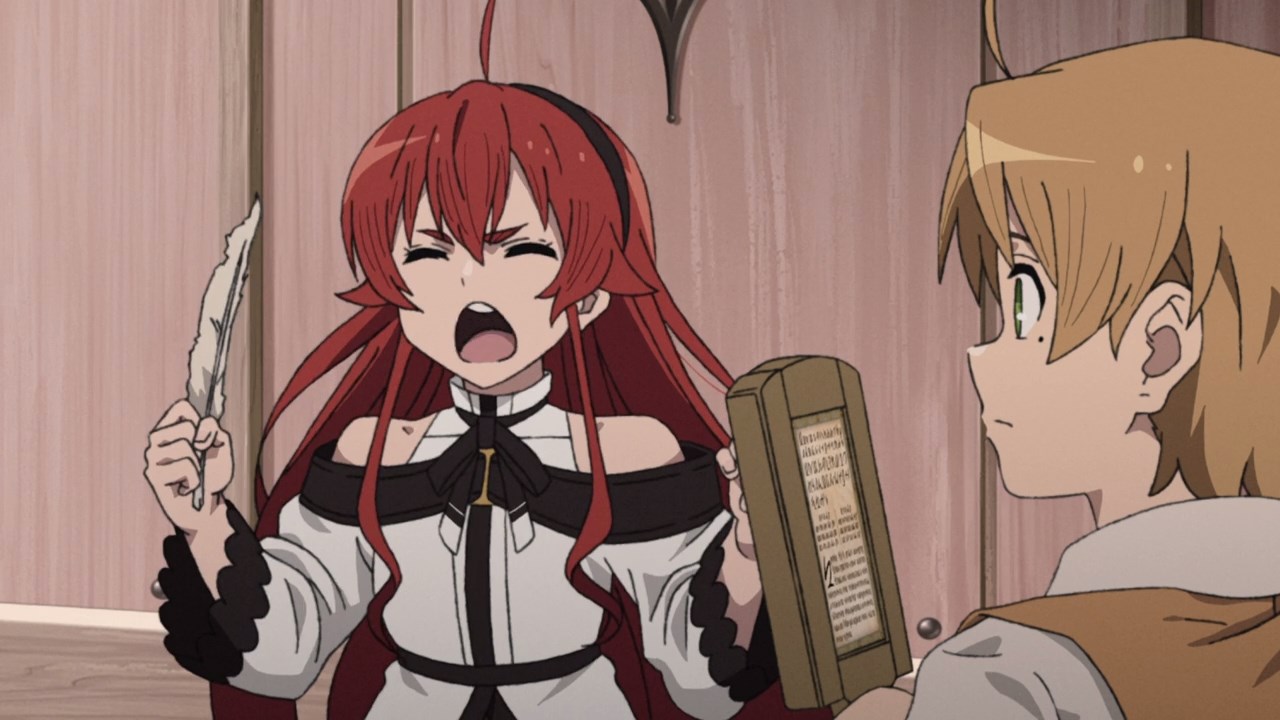 Except that she’s getting bored as Eris wants to study swordsmanship and magic instead. Okay, looks like Eris is not only violent, but impatient. 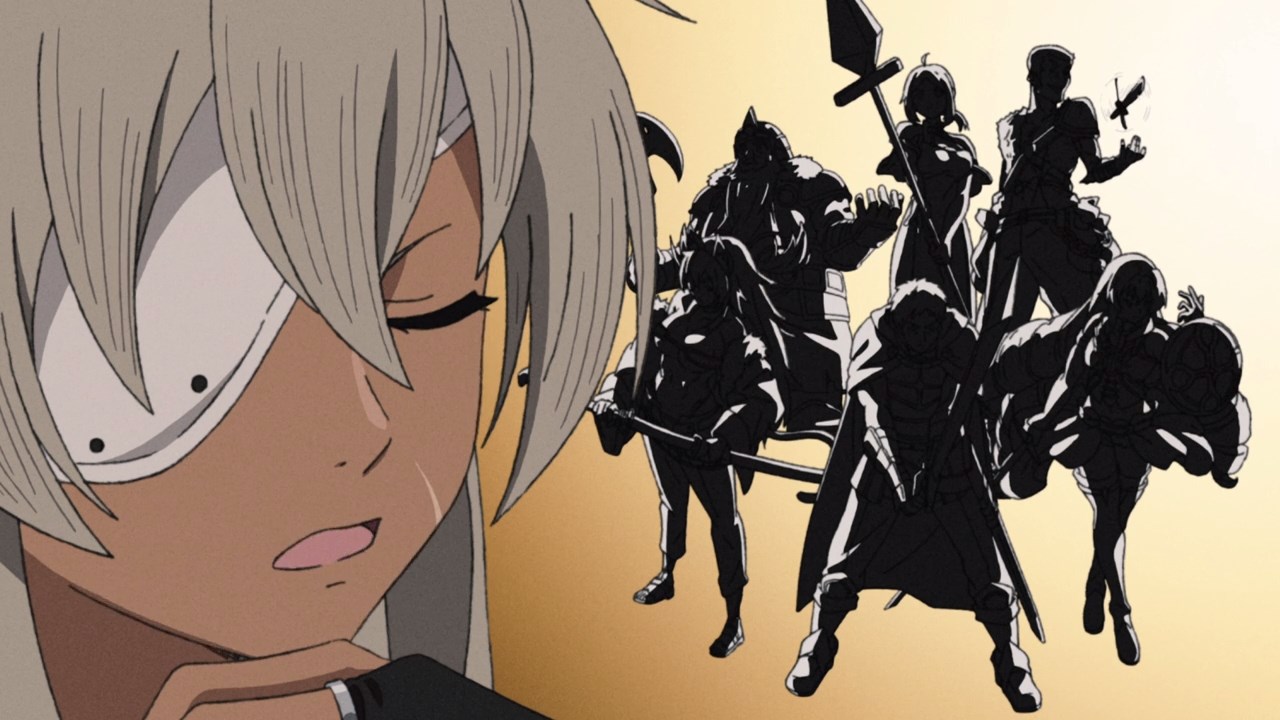 Fortunately, it appears that Ghislaine saves the day where she told Eris about her life as a mercenary, especially when she’s part of Paul’s party at that time. 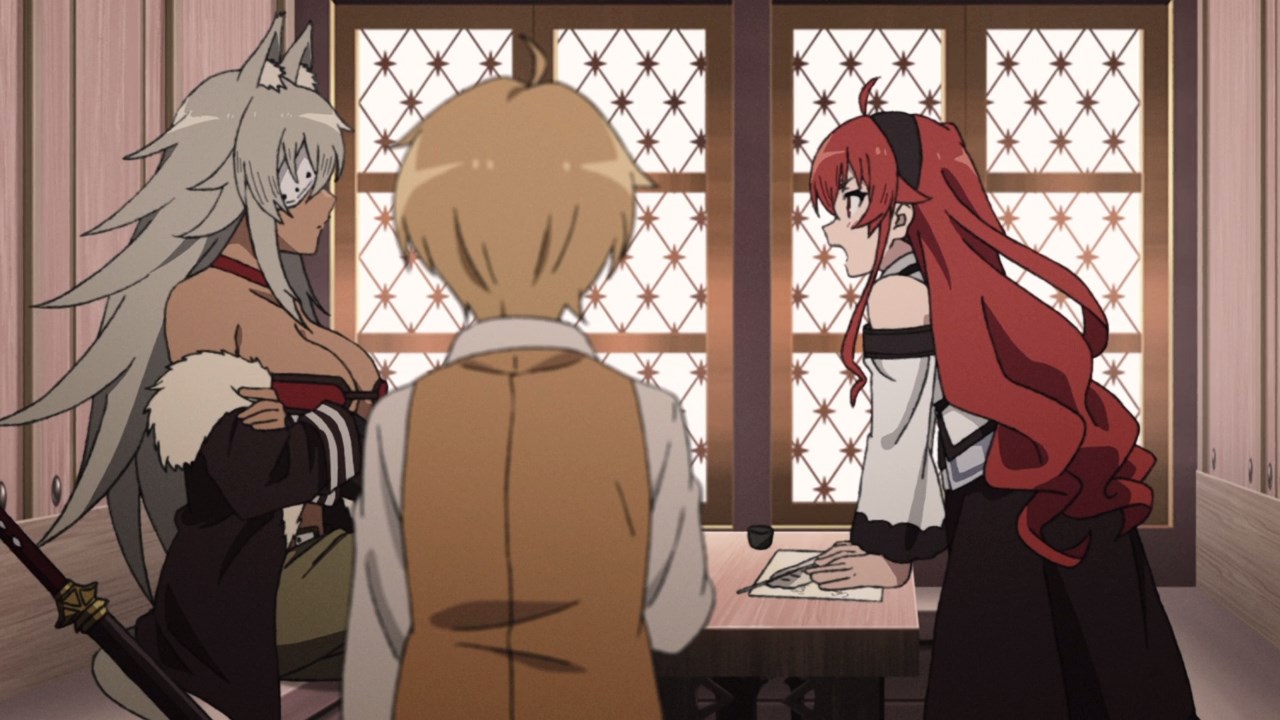 As for Eris, it appears that she’s eager to learn mathematics and other academic stuff thanks to Ghislaine’s story. Oh I hope she learned how to add, subtract, etc. 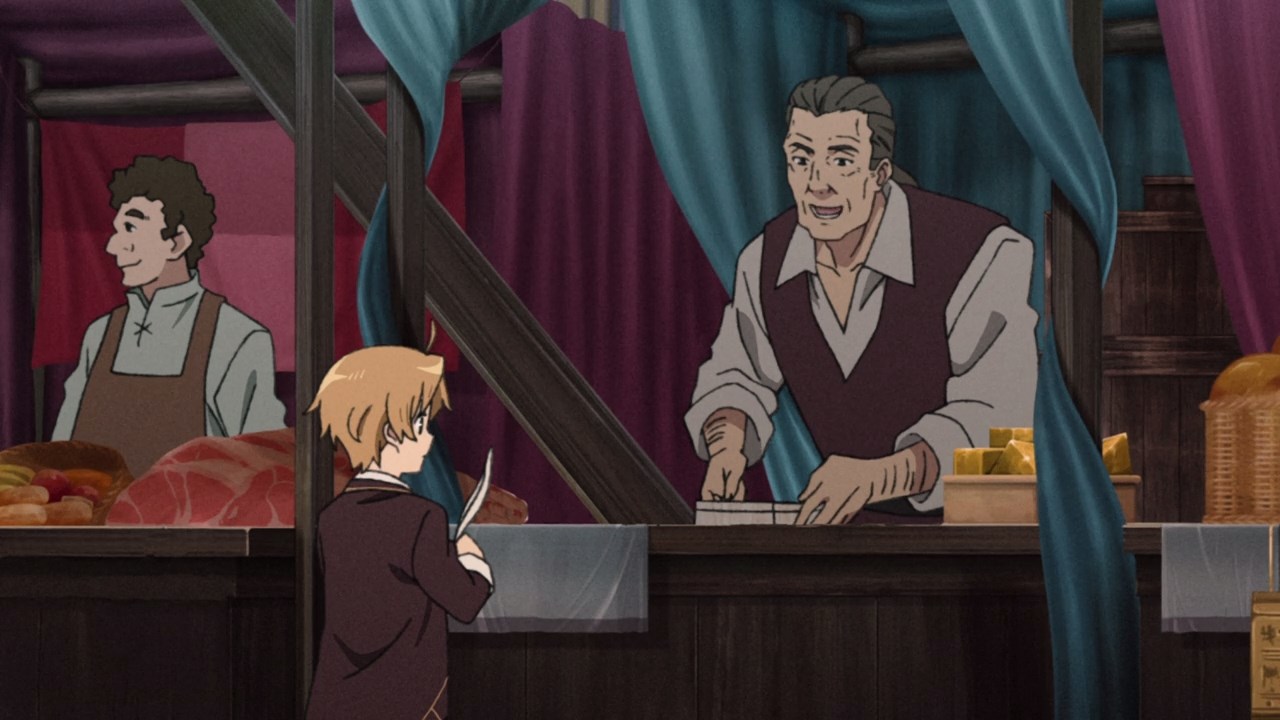 Now then, it’s time to go to the marketplace where Rudeus was approached by this salesman. I don’t know if he’s a shady guy, but this salesman is selling an expensive item to Rudy for 10 golden coins, which is equivalent to 1,000,000 yen.

Of course, we’ll never know the item as Rudy didn’t bought it anyway ’cause he doesn’t have enough money to afford one. C’mon, he only got 2 silver coins as his basic salary. 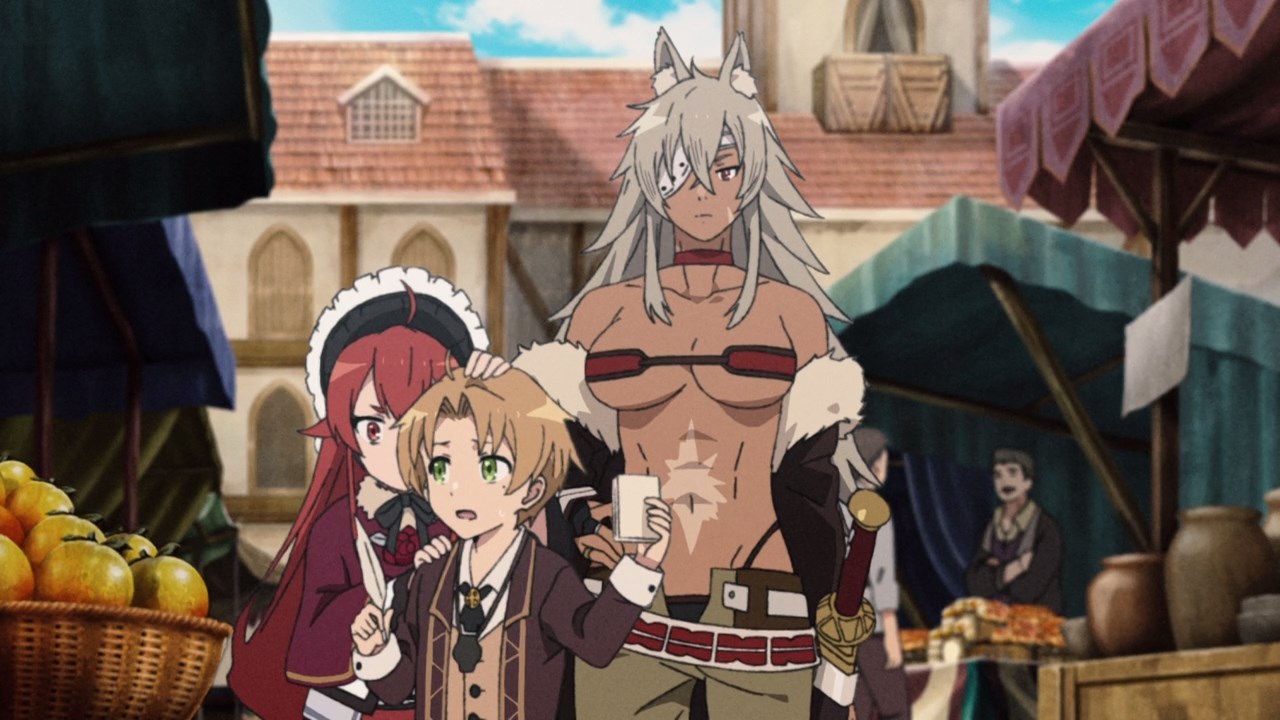 By the way, Rudy told Eris the importance of money where she needs to spend it wisely, as well as get the correct amount of change if she bought an item. C’mon, Rudy learned it from his previous life remember. 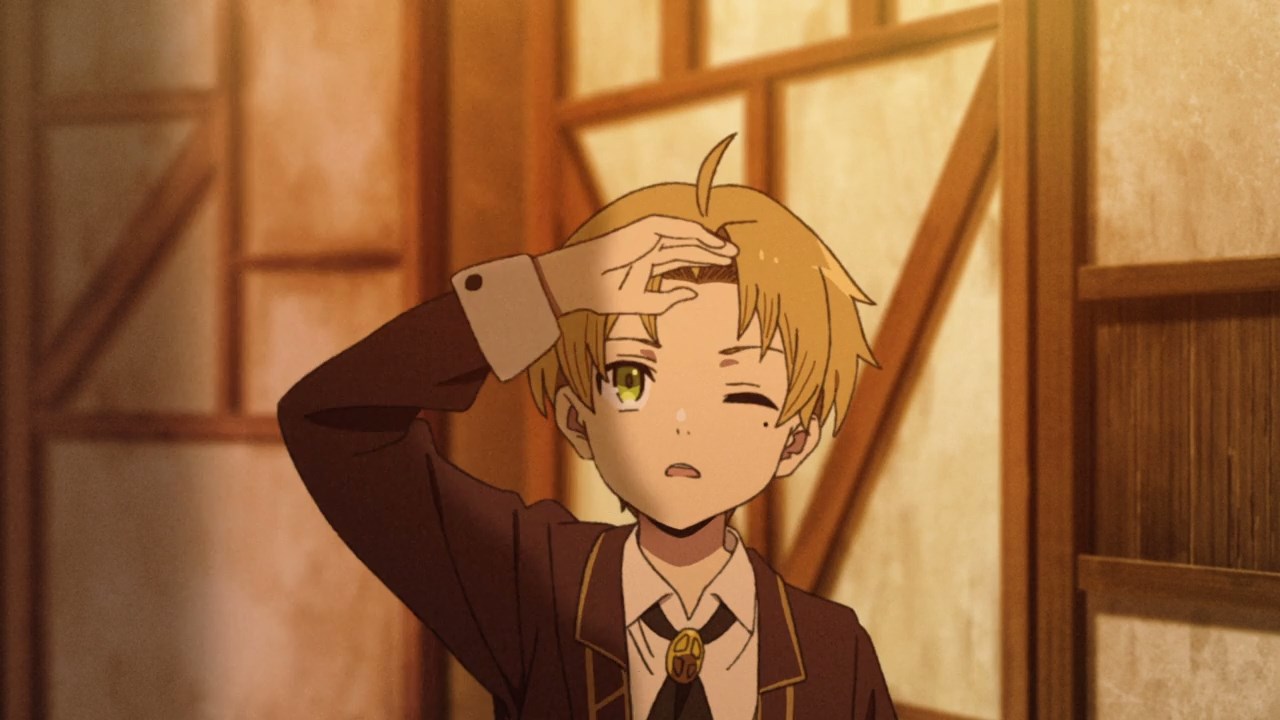 One last thing, it appears that Rudeus saw something above the clouds. And man, he’s really surprised on the size of it. 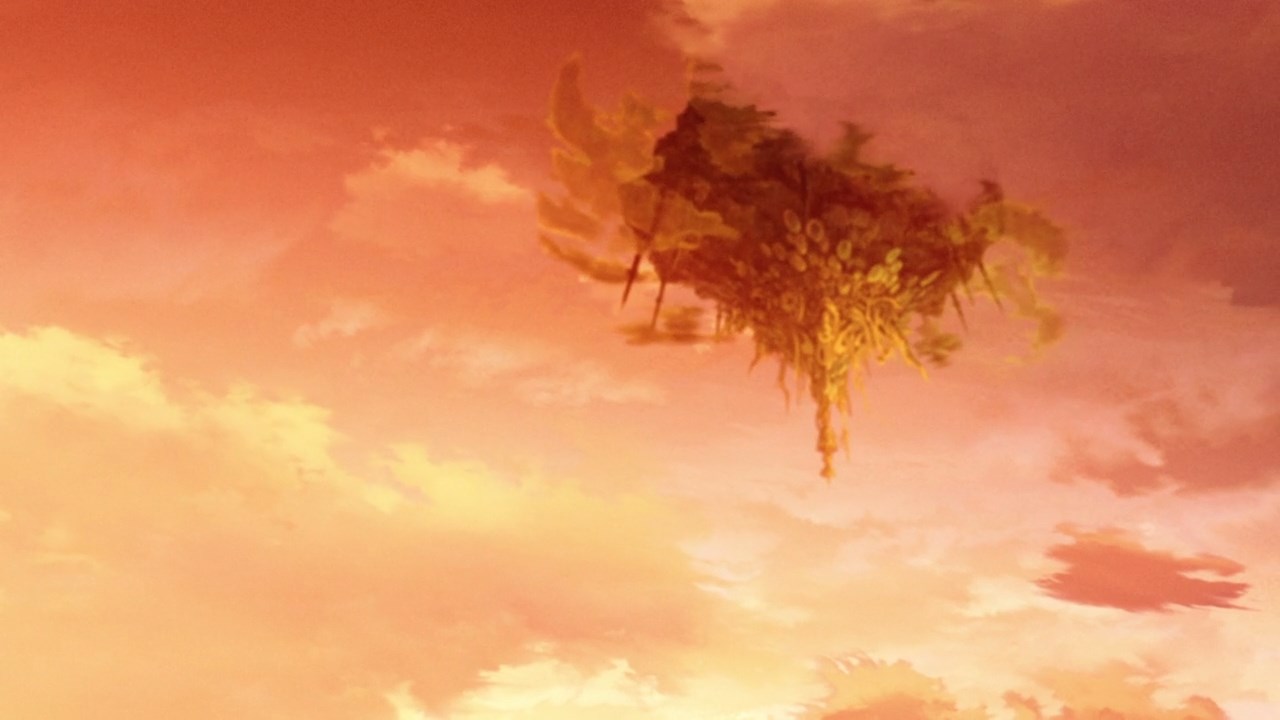 This is the flying fortress of the Armored Dragon King Perugius where it flies above Roa and other surrounding cities for more than 400 years.

Speaking of Perugius, the Armored Dragon King is one of the heroes who vanquished the Demon-God Laplace, thus the calendar is named after Perugius. Of course, I have a feeling that Rudeus will explore the flying fortress in the future. 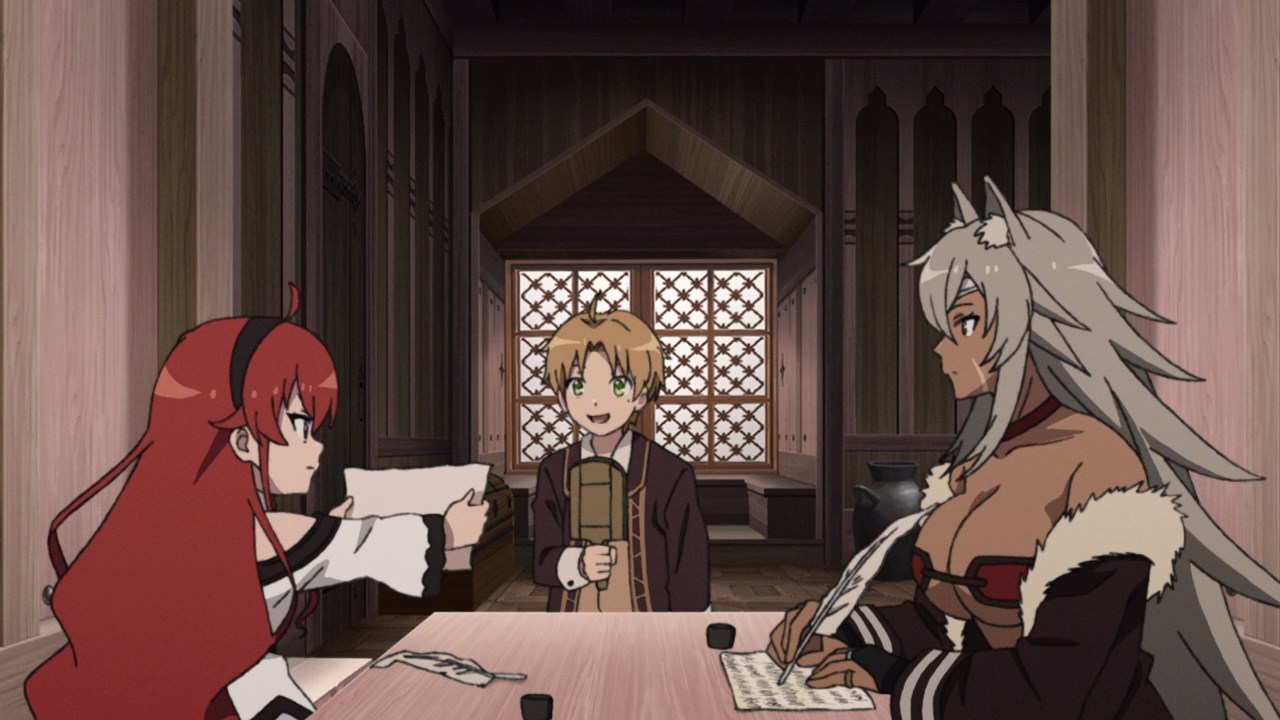 Now then, it appears that Eris made some progress in mathematics. While she did a good job, Rudy can’t spoil her just yet.

Oh yeah, Eris bought something for him in which it costs 10 gold coins. Okay everyone, do you want to know the item that she bought as a gift for Rudeus? 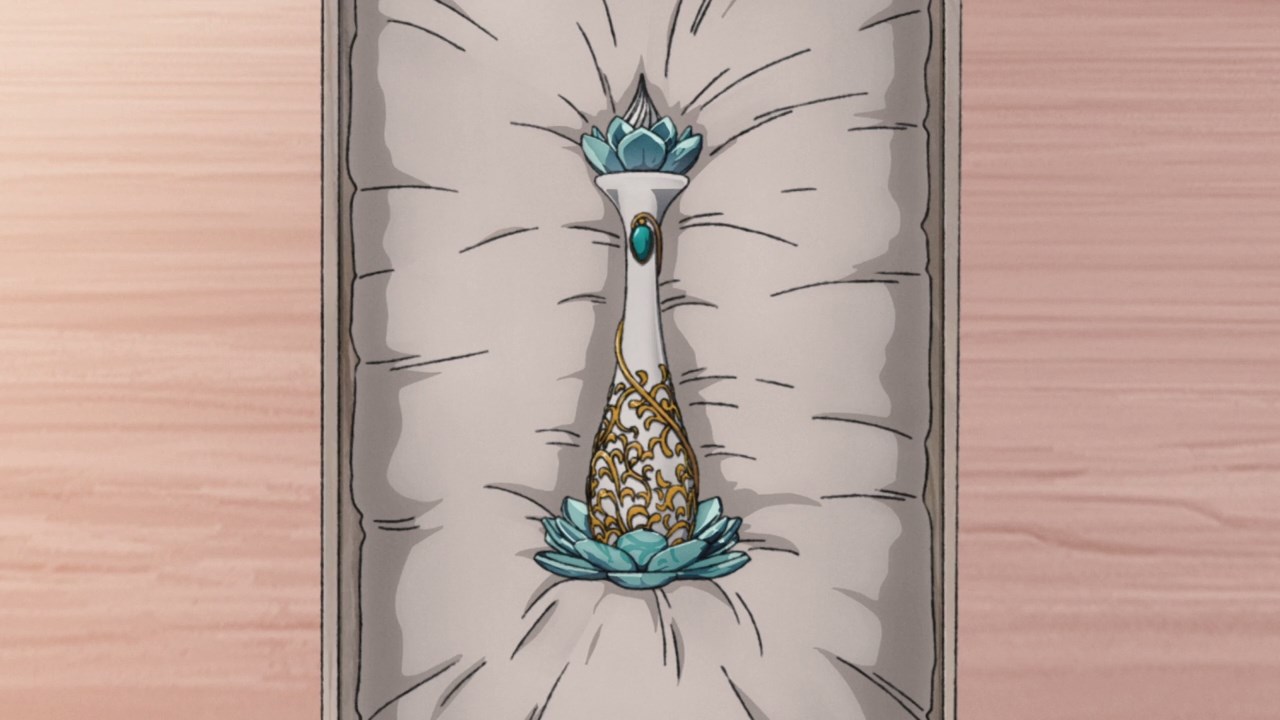 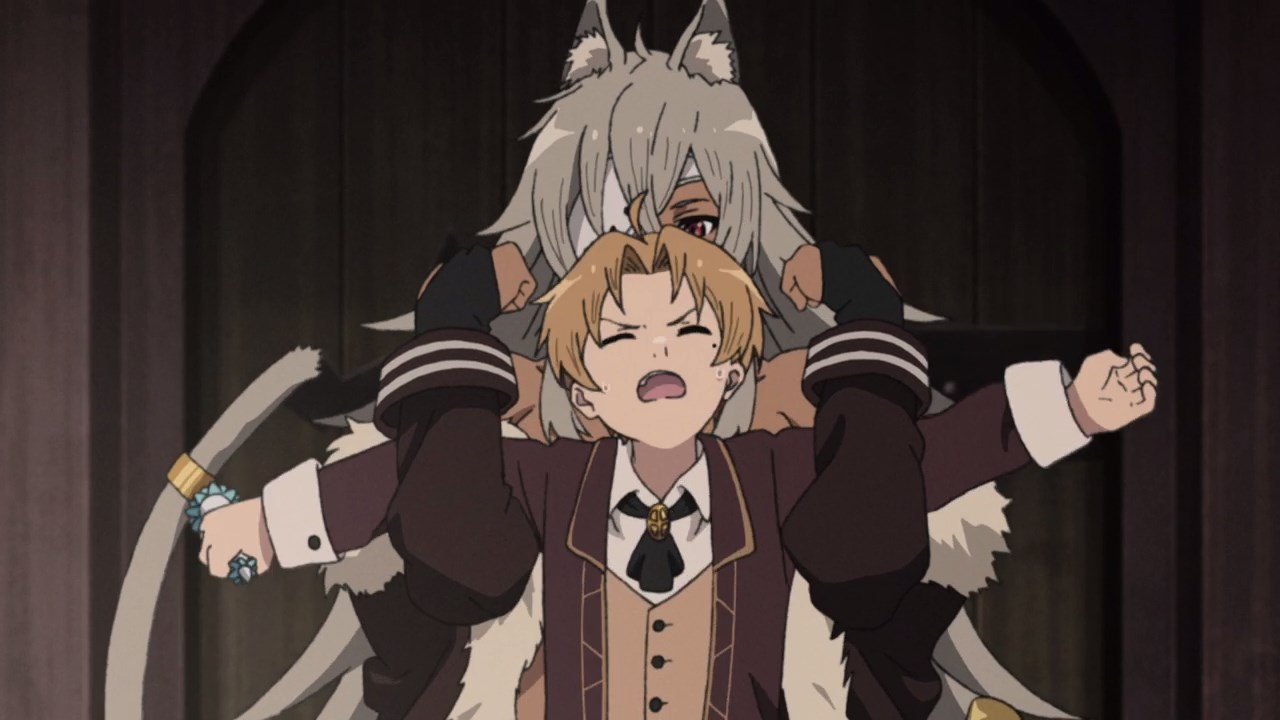 But that doesn’t stop Eris and Ghislaine from forcing Rudy to tell what’s inside the bottle. Oh you silly girls, you’re not ready to learn about the bottle’s contents. 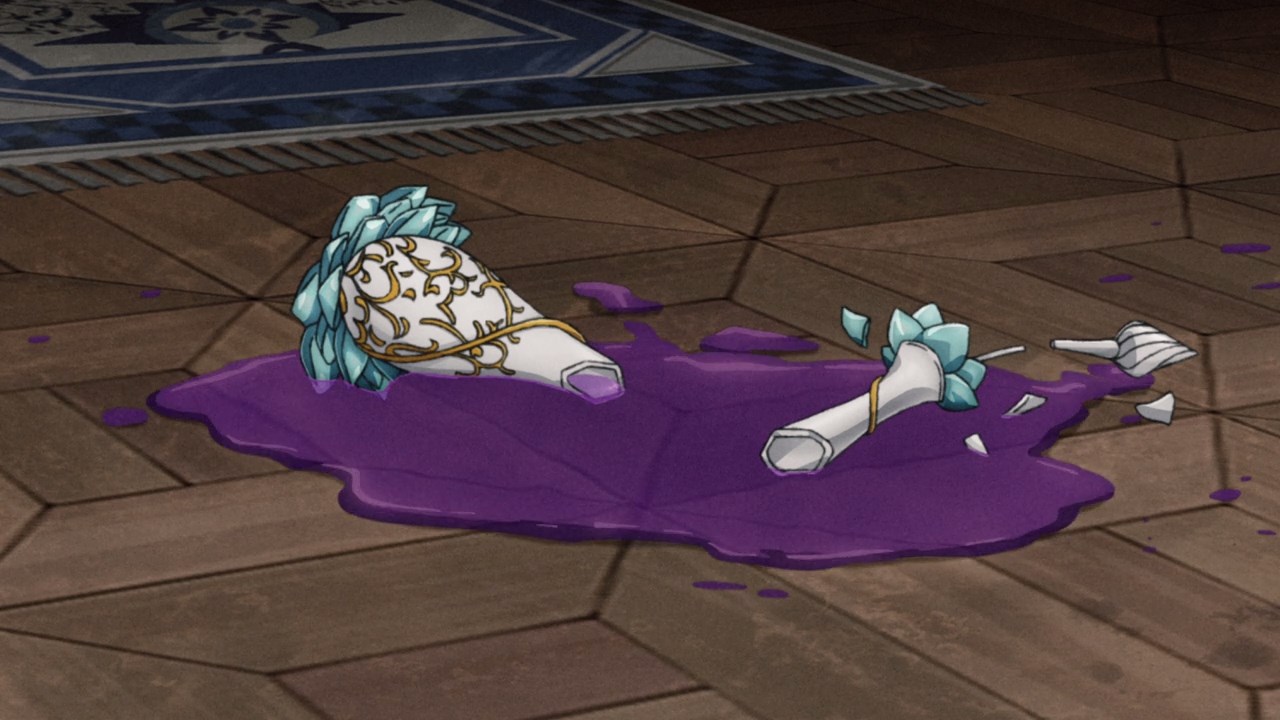 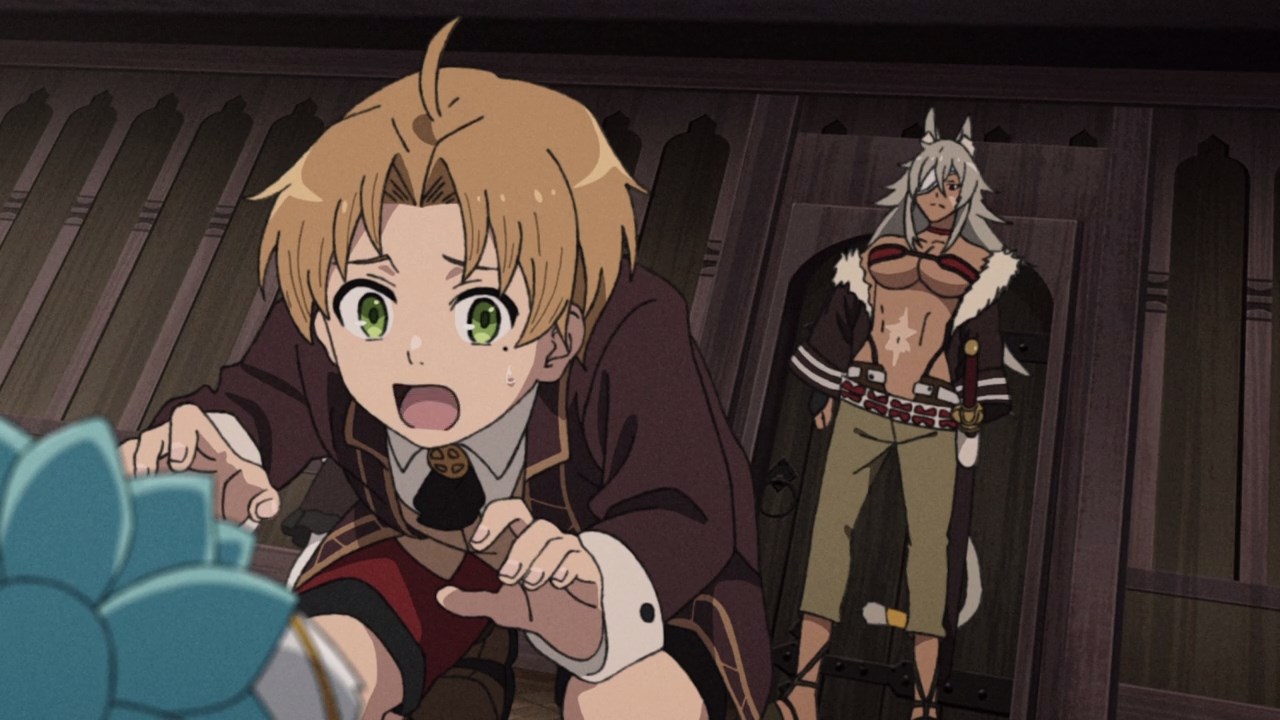 But that’s about it for this episode as I’m hoping that Rudy has enough money to pay his tuition fee along with Sylphy. Then again, he still needs to persevere during his 5-year period as a tutor.