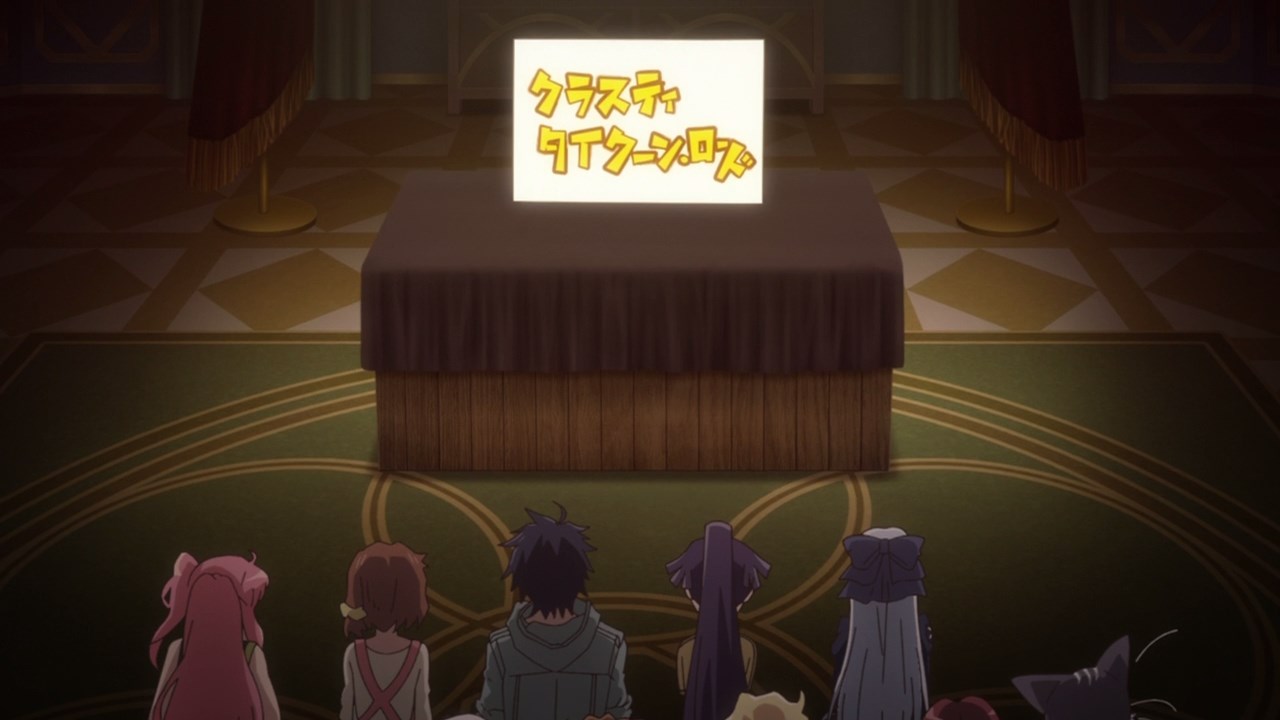 Well everyone, it’s time for an intermission as Lieze and Misa will host a puppet show starring Krusty, the lost lord of the now-defunct guild D.D.D.

Oh yeah, the title of this puppet show is Krusty: Tycoon Lord where the story takes place after Krusty teleported to a place far away from Yamato. 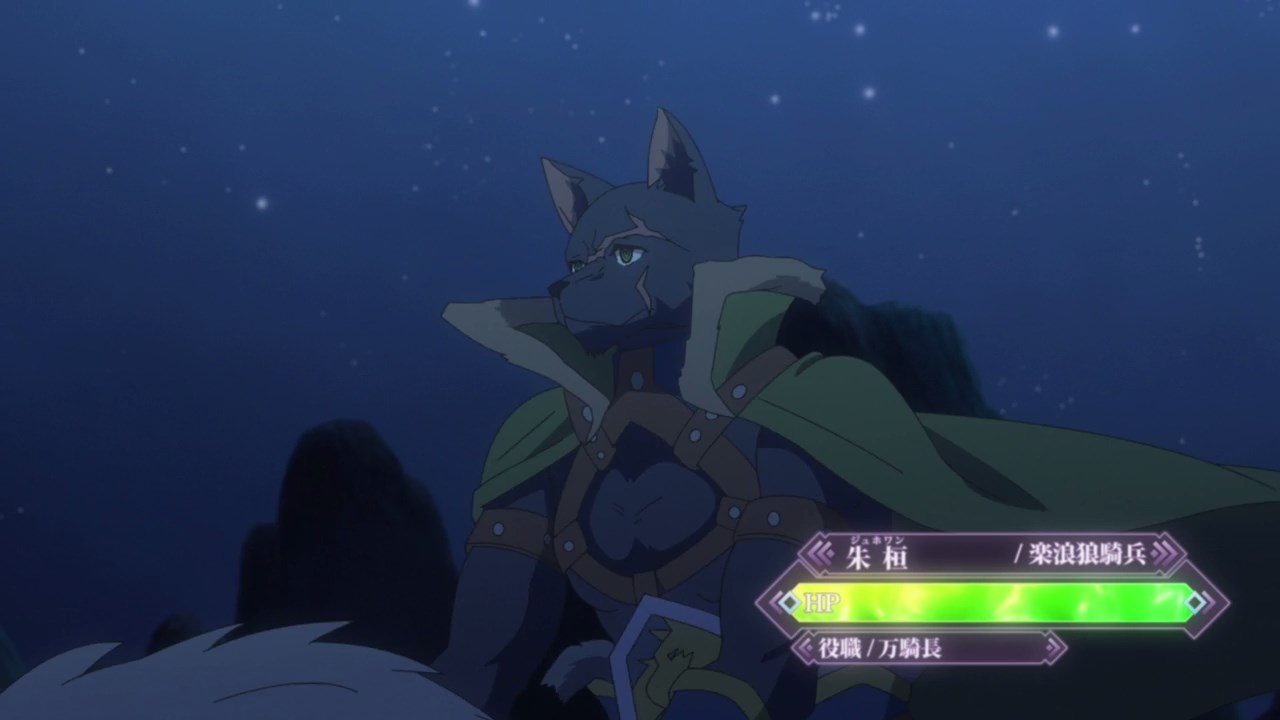 With that said, let’s start the puppet show when Zhu Huan of the Lelang Wolf Cavalry found an unconscious man in Zhongyuan server. 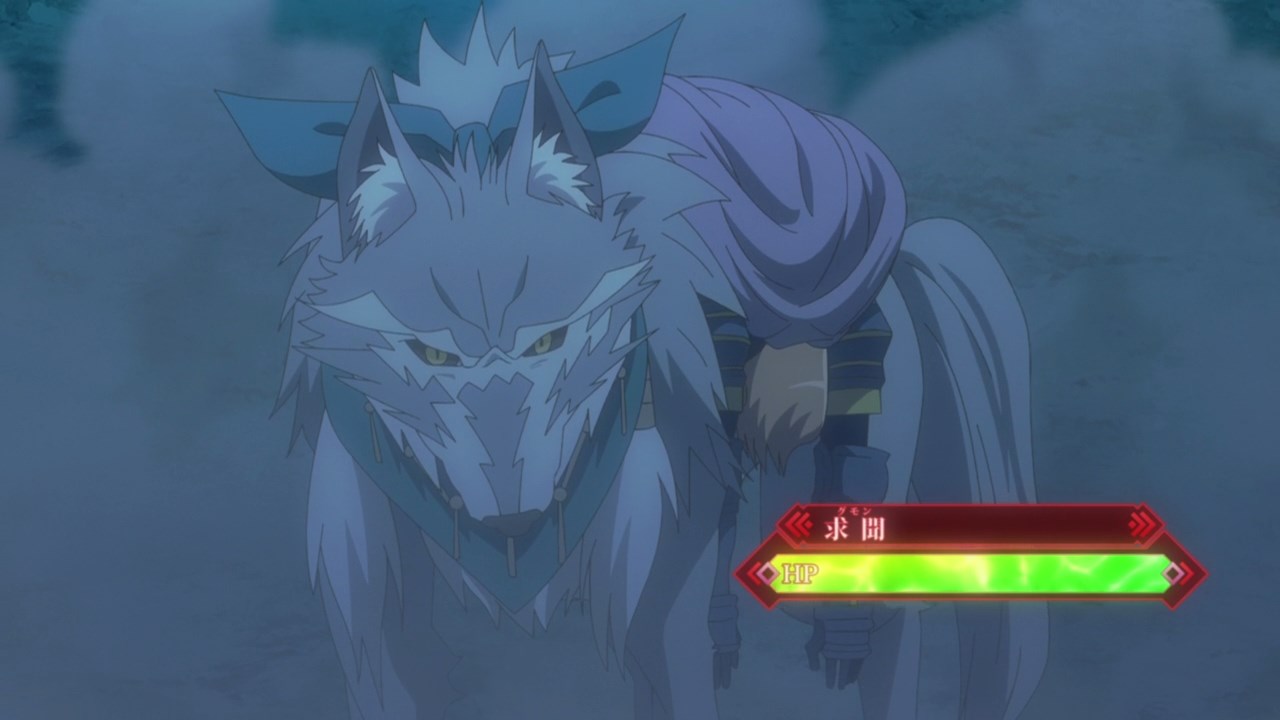 That man named Krusty where he suffered amnesia in addition to a curse where he can’t regenerate his HP. Looks like Misa’s cursed scythe put him in a far worse state than being transported to another server. 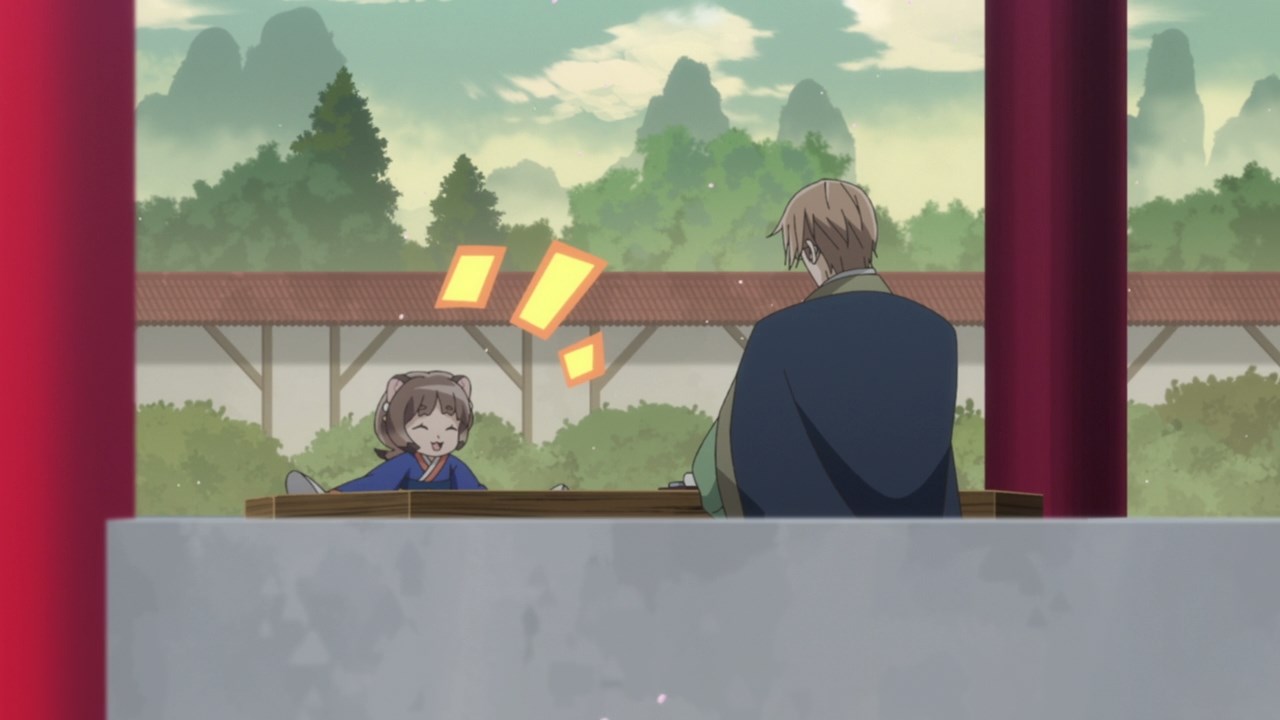 Currently, Krusty is staying at Bai Tao Shrine where he’s being taken care of by Hua Diao. Still, he can’t get outside because of his curse. 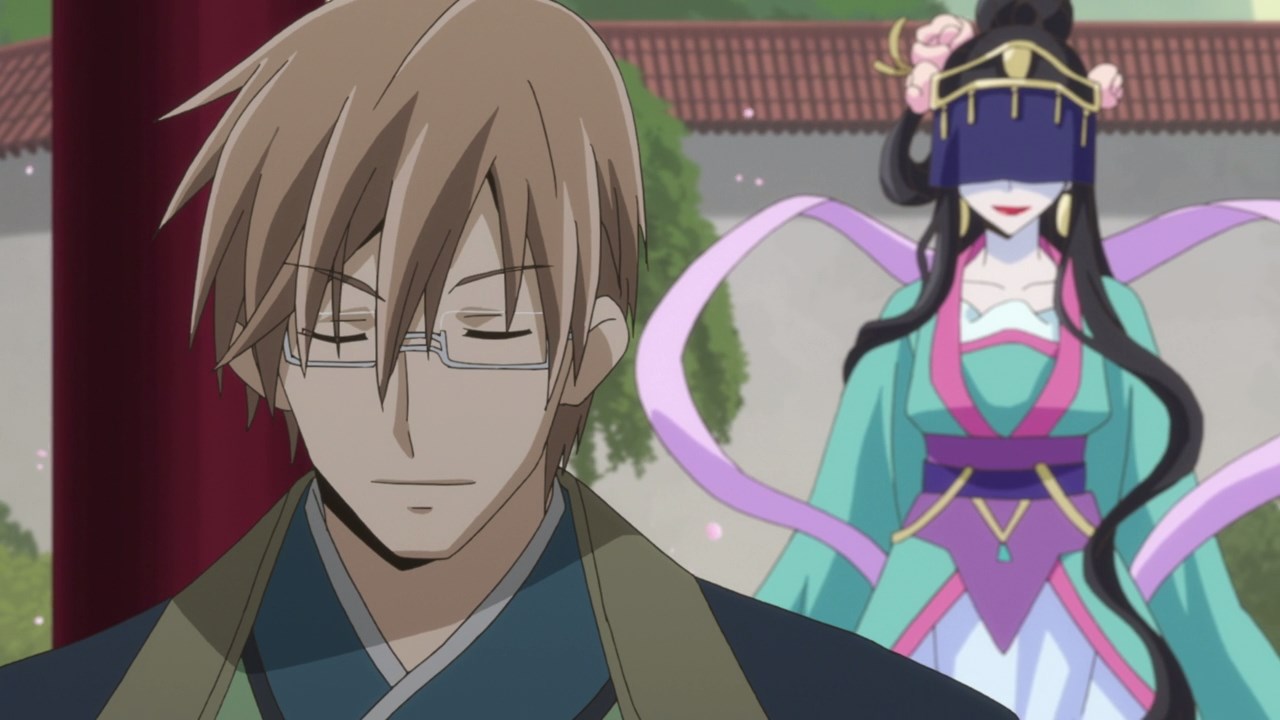 Oh yeah, and Krusty is under the watchful eye of an enchantress named Youren where I feel very suspicious towards her. 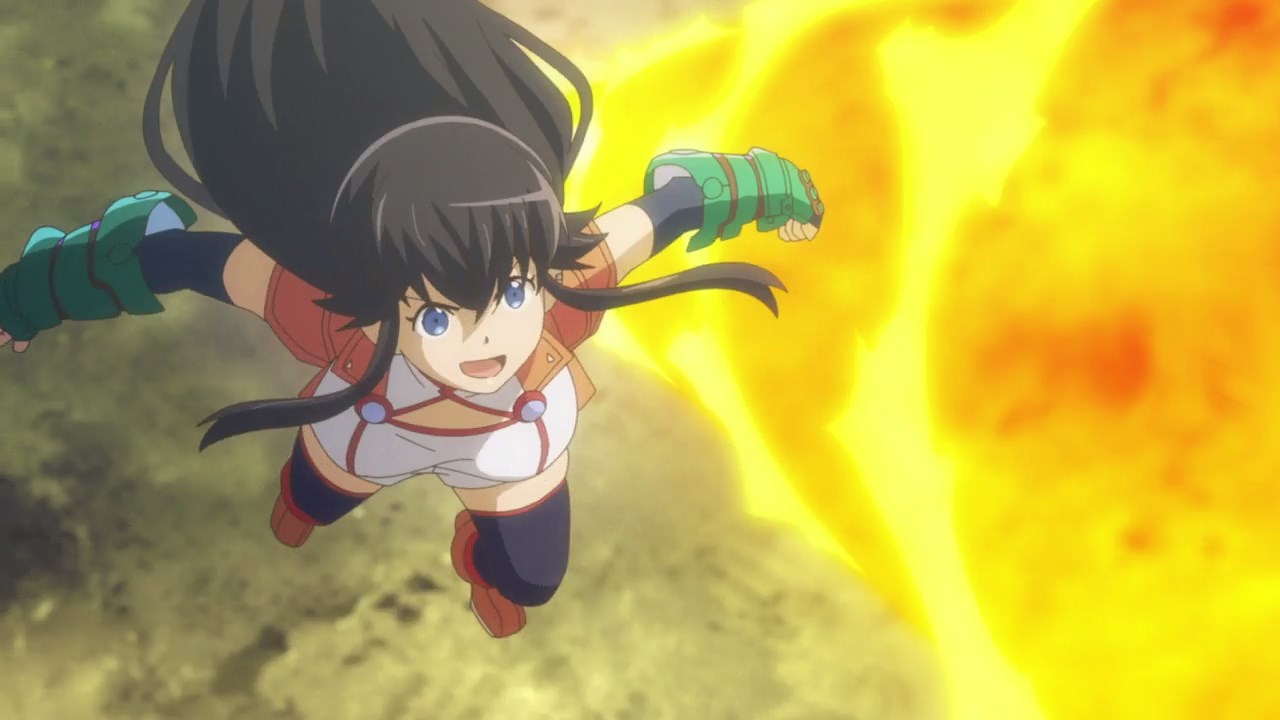 Now let’s focus on Kanami where she’s dead set on returning to the Yamato server together with Coppelia, Leonardo, Elias Hackblade, and a new member named Chung Lu from the Lelang Wolf Cavalry. 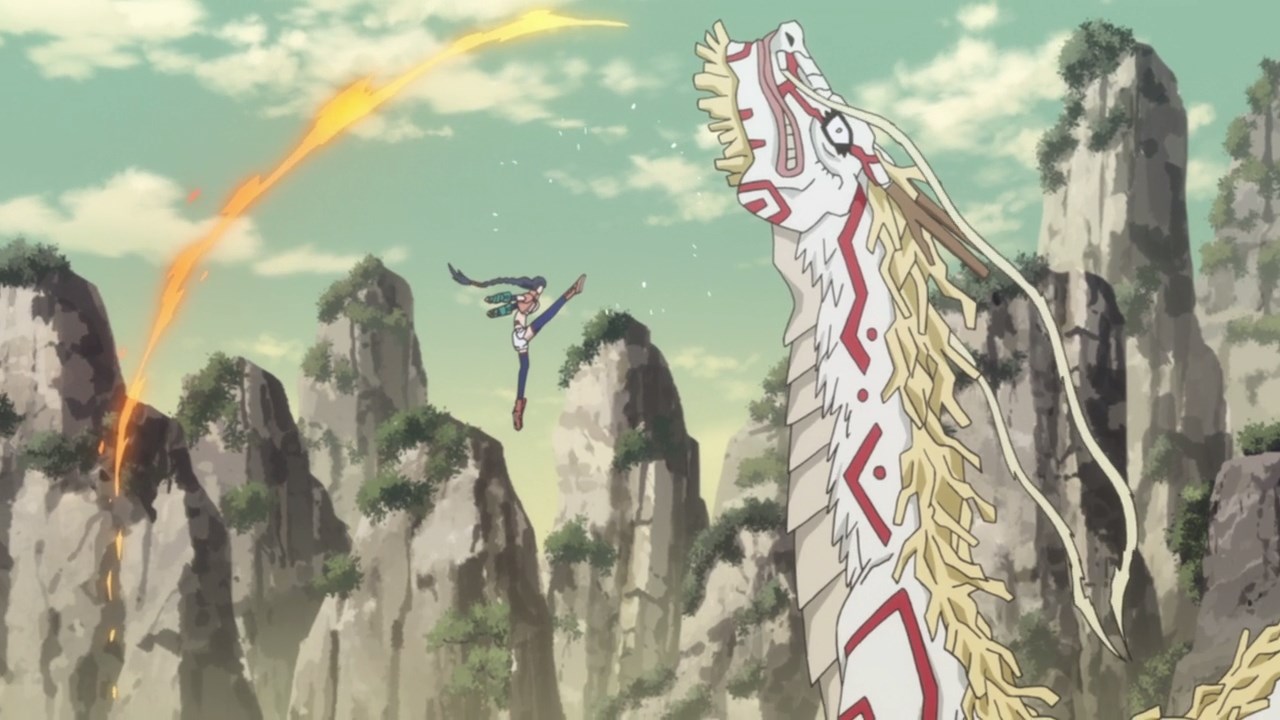 But as you can see, Kanami is still gung-ho as ever as she beats various monsters with her punches and kicks.

Then again, there’s the fact that Lieze and Misa refer to Kanami as Shiroe’s ex-girlfriend, something that Akatsuki and Princess Raynesia are concerned about it. 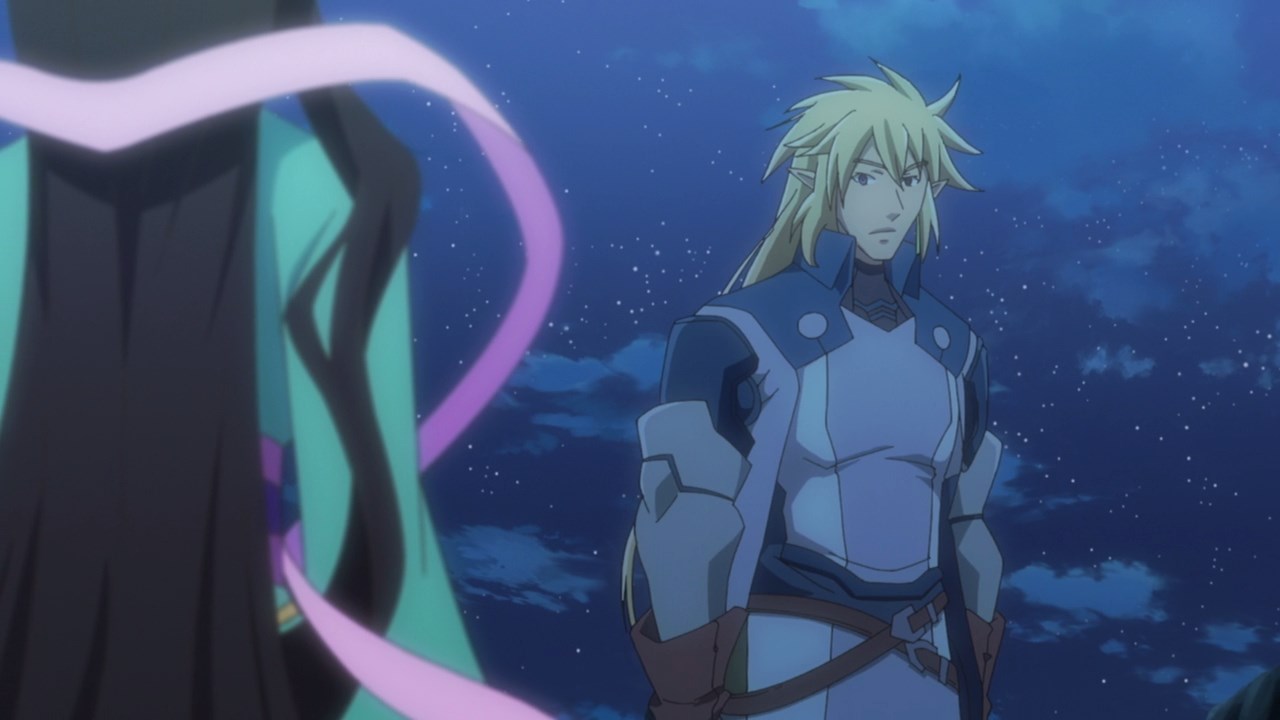 Speaking of Elias Hackblade, it appears that the elven hero of Elder Tale was approached by a certain enchantress, telling Elias that he must defeat a magus in order to break free from his curse. 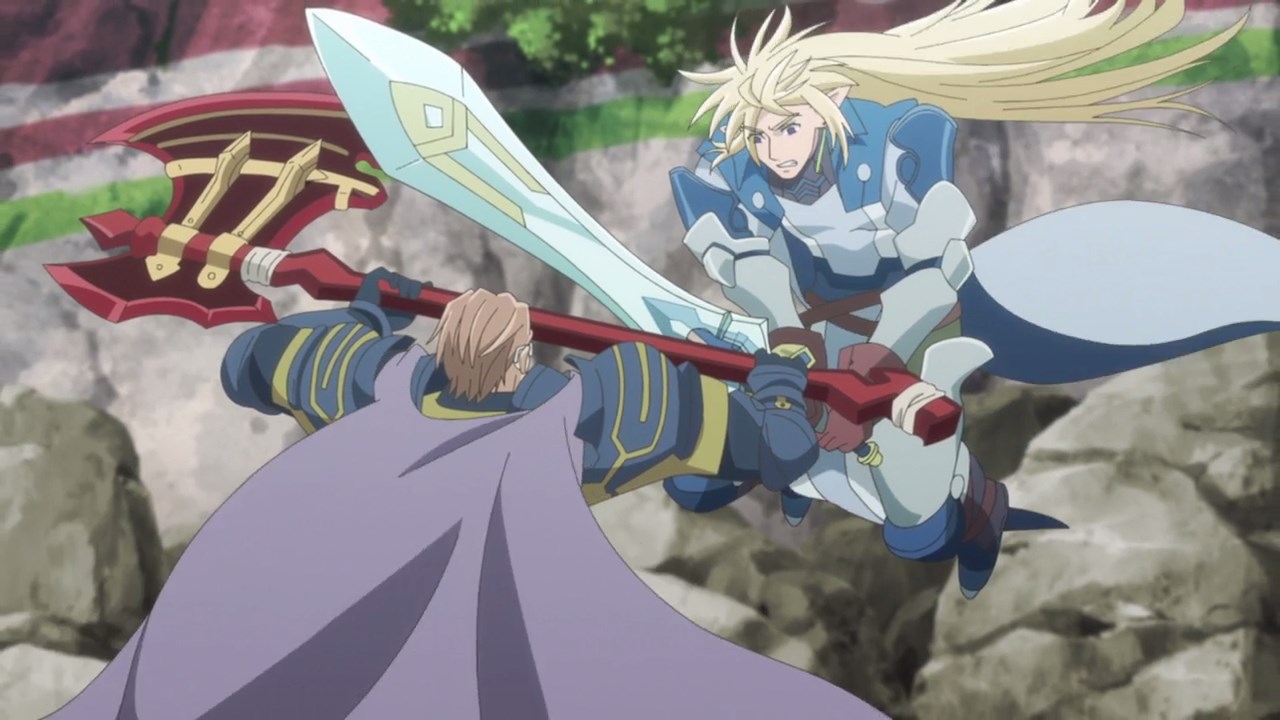 However, it appears that Elias Hackblade got the wrong target as he fights Krusty despite being under a curse.

And even though the elven hero can put up a fight like summoning a Fairy of Pure Water, Krusty has his trusty Overskill called Hyperion Eye which he see the opponent’s status from a wide area. 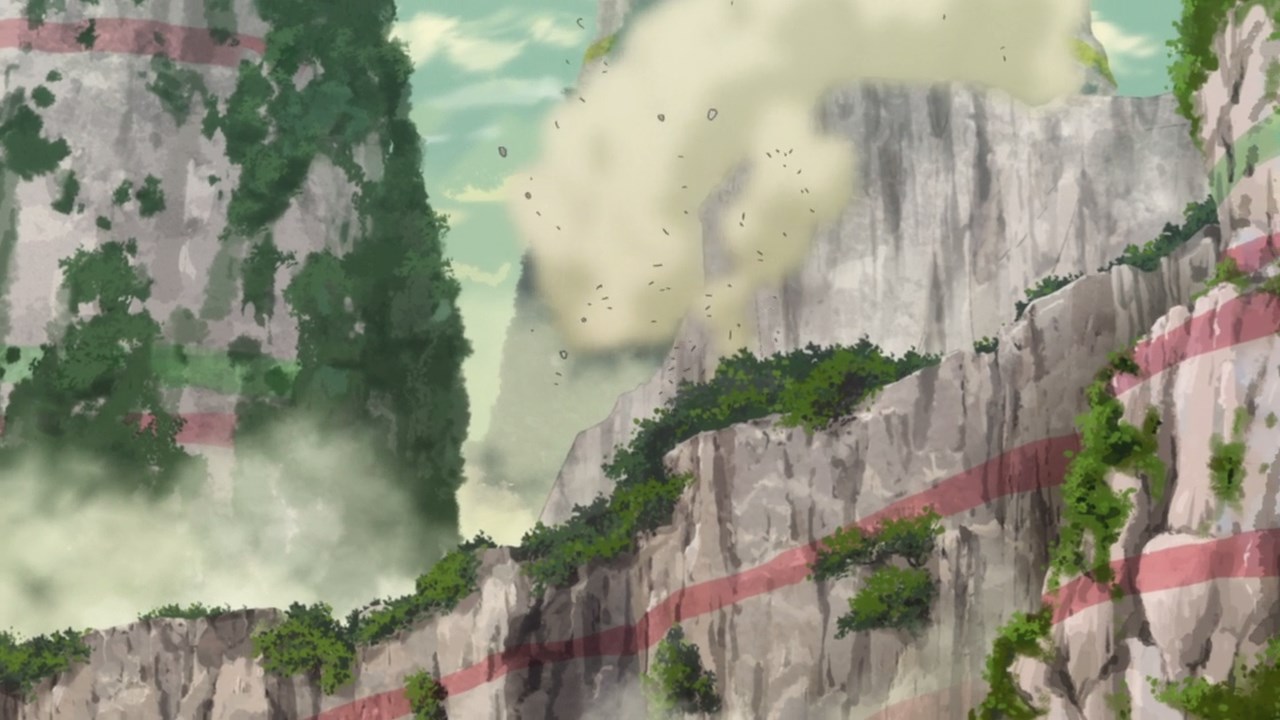 Regardless, both Elias and Krusty are evenly-matched as two warriors clashed swords which shakes the entire mountain range. 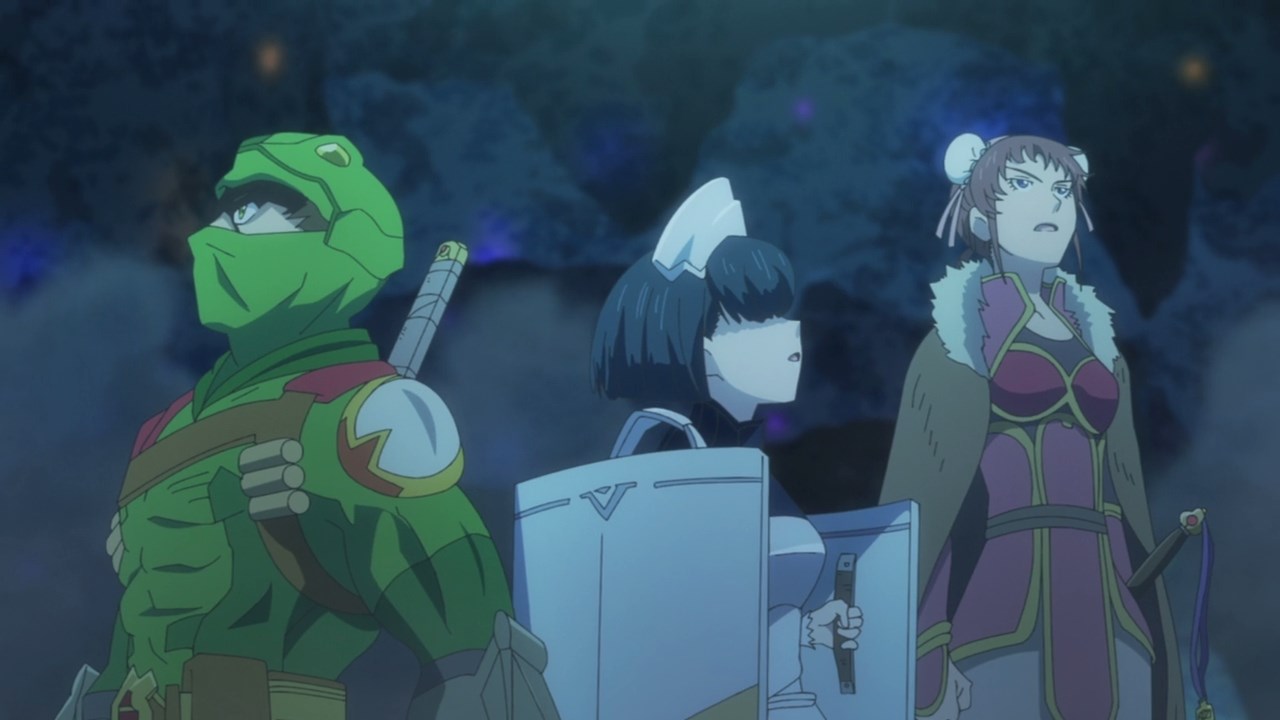 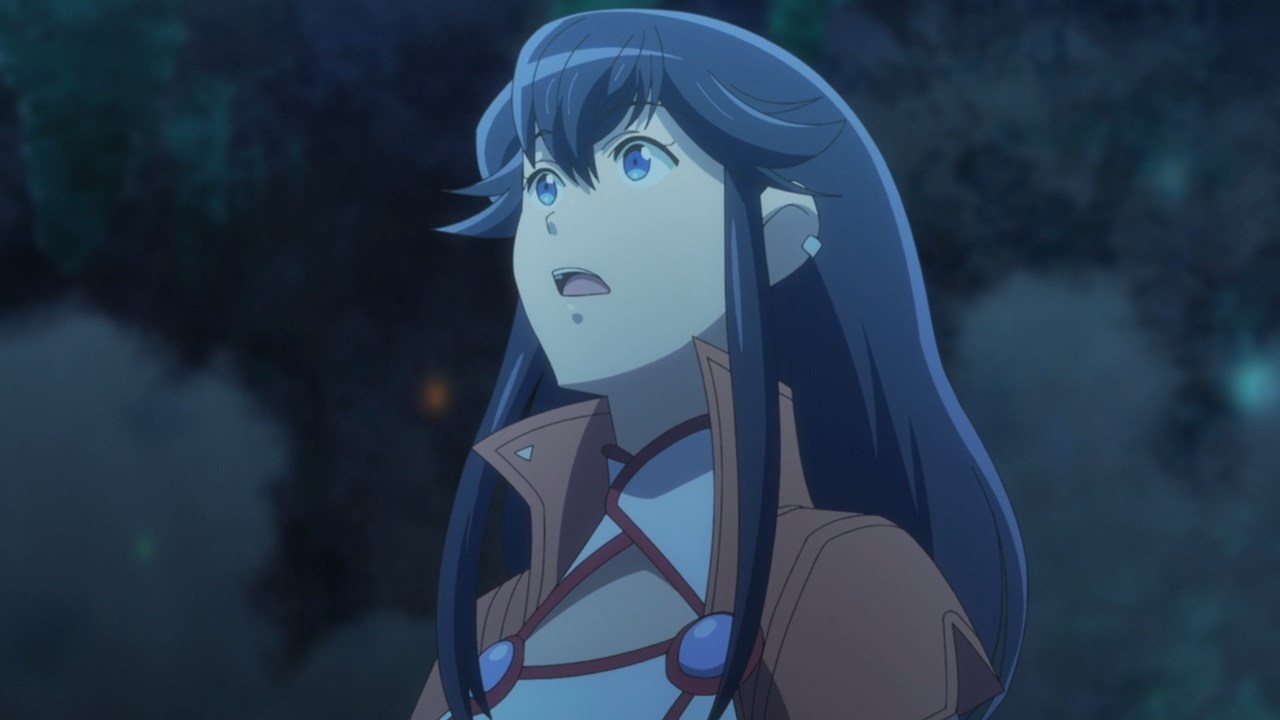 Even Kanami and her companions are worried that Elias Hackblade might lose. Honestly, I think they need to go to the surface because something is not right. 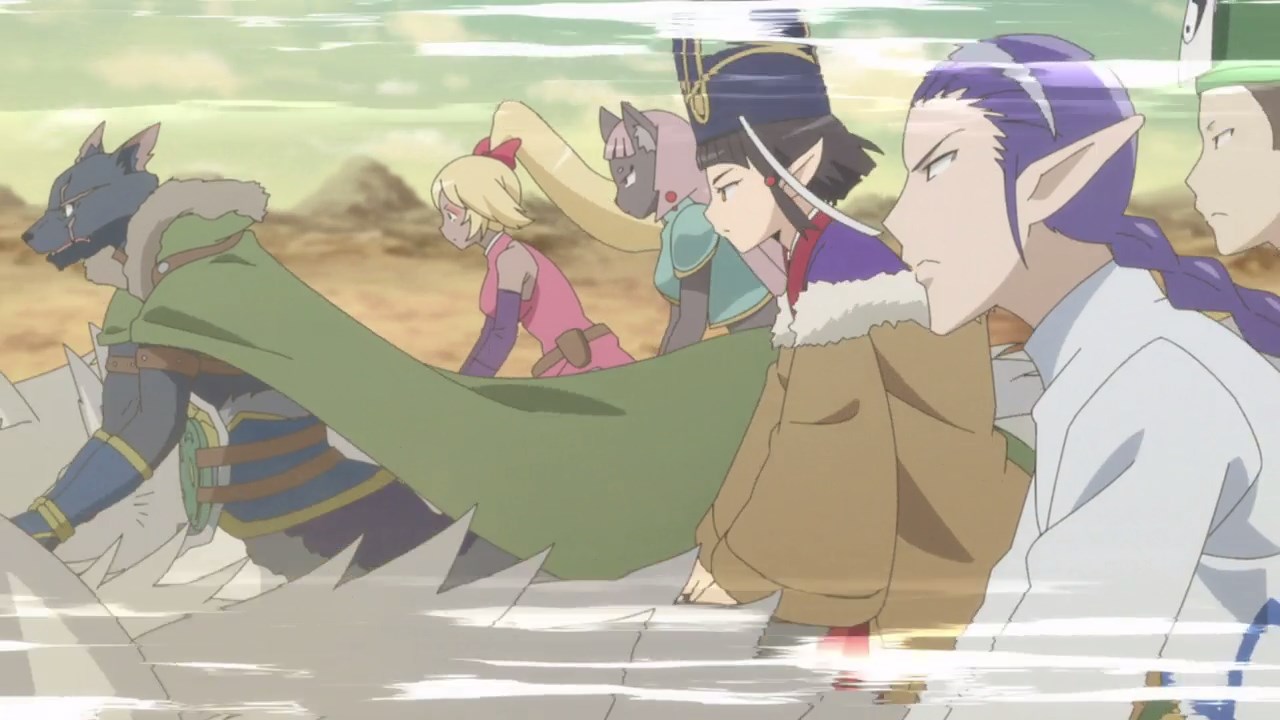 Meanwhile, the Lelang Wolf Cavalry are heading towards Mount Lang Jung for the annual Guild Derby in which various guilds compete for the coveted Ritual of Coronation.

Unfortunately, Mount Lang Jung is where Krusty and Elias Hackblade fought there in which their battle ended in a stalemate. It would be bad if Zhu Huan and his mates got slaughtered by either of those two warriors. 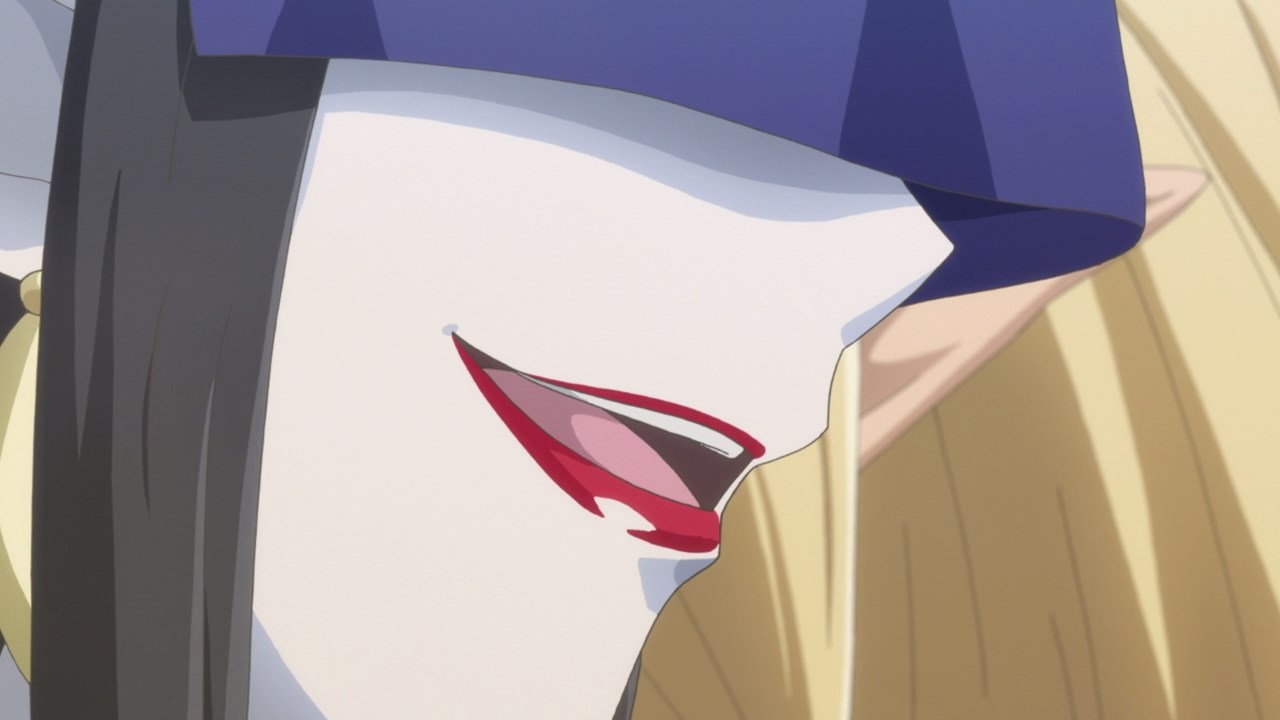 Speaking of Elias Hackblade, looks like he got instructions from the mysterious enchantress where the elven hero must defend the Coronation Altar without fail. Okay, why would Elias listen to the enchantress where he must meet up with Kanami? 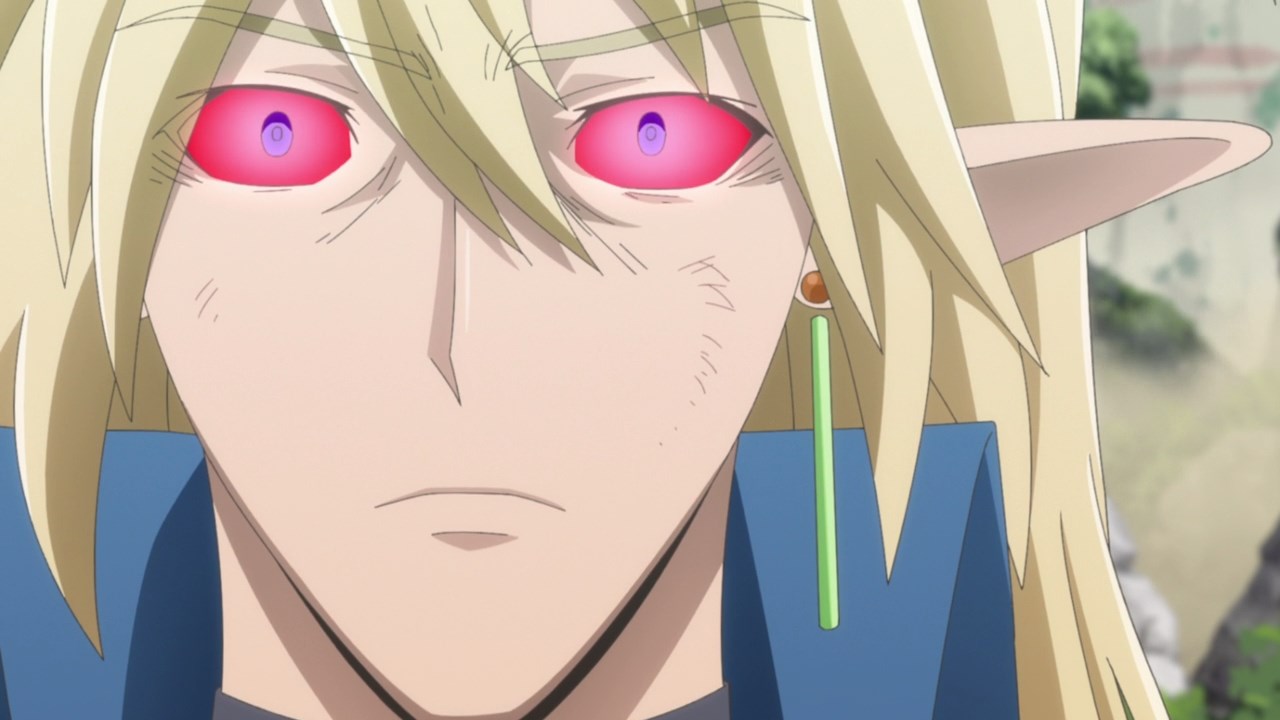 Then again, the elven hero is under the curse of the enchantress which turned out to be Youren. Speaking of Youren, I believe that she’s actually a Genius where she actually let Elias fight Krusty earlier.

Okay, it appears that Kanami and her companions will have save the elven hero from a Genius in Zhongyuan server. Of course, I wonder what happened to Krusty? 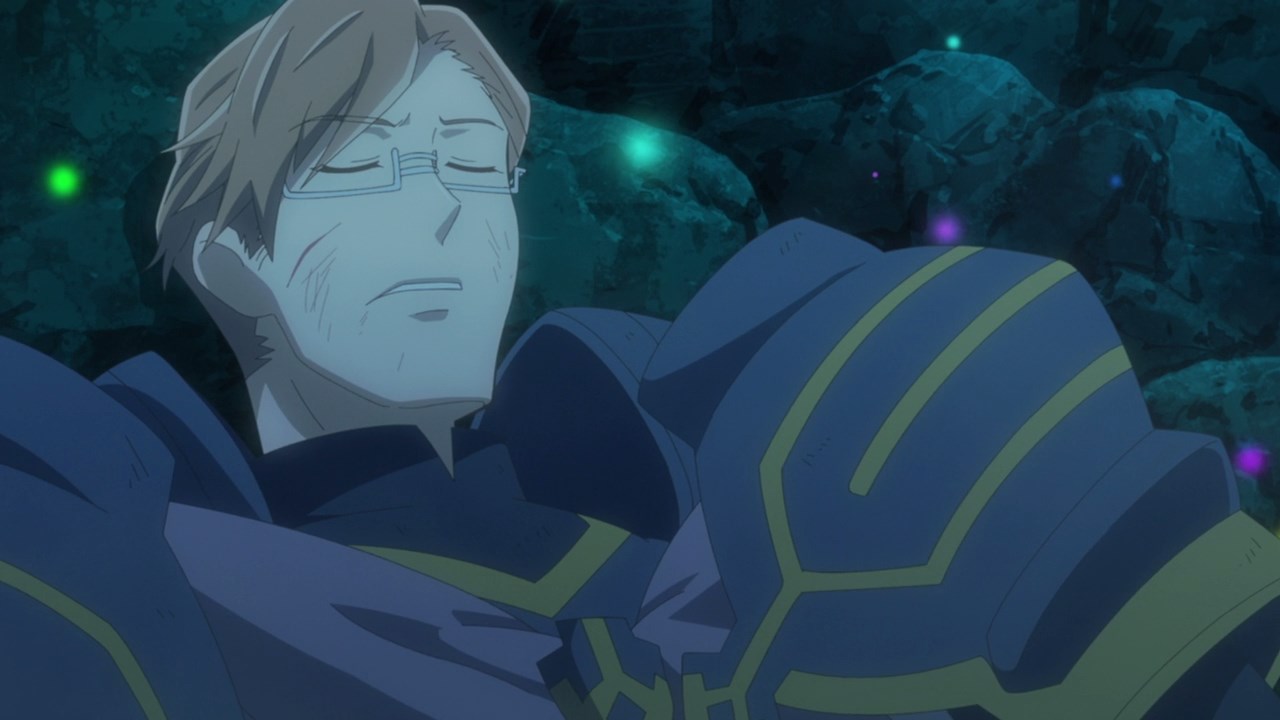 Oh, looks like he survived as Krusty went down to the Sirius Grotto. Now, I’m hoping that Kanami will find him ’cause I don’t want Krusty dying without regaining his memories.

Unfortunately, that’s about it for this episode as Lieze and Misa told everyone to look forward for Part 2 of Krusty: Tycoon Lord. Man, why this puppet show have a two-parter?