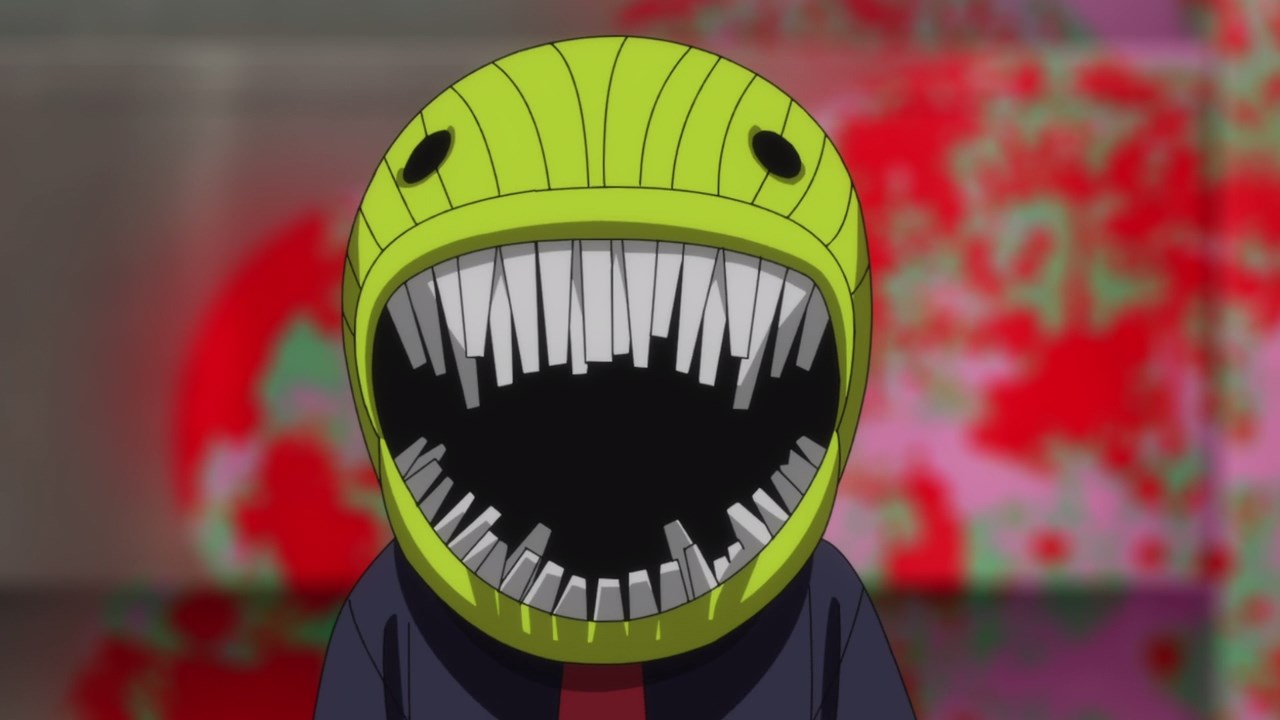 Well everyone, it appears that the See No Evil has evolved into Haters where they attack Ai Ohto and her friends now that they become heroes of the wonder eggs. 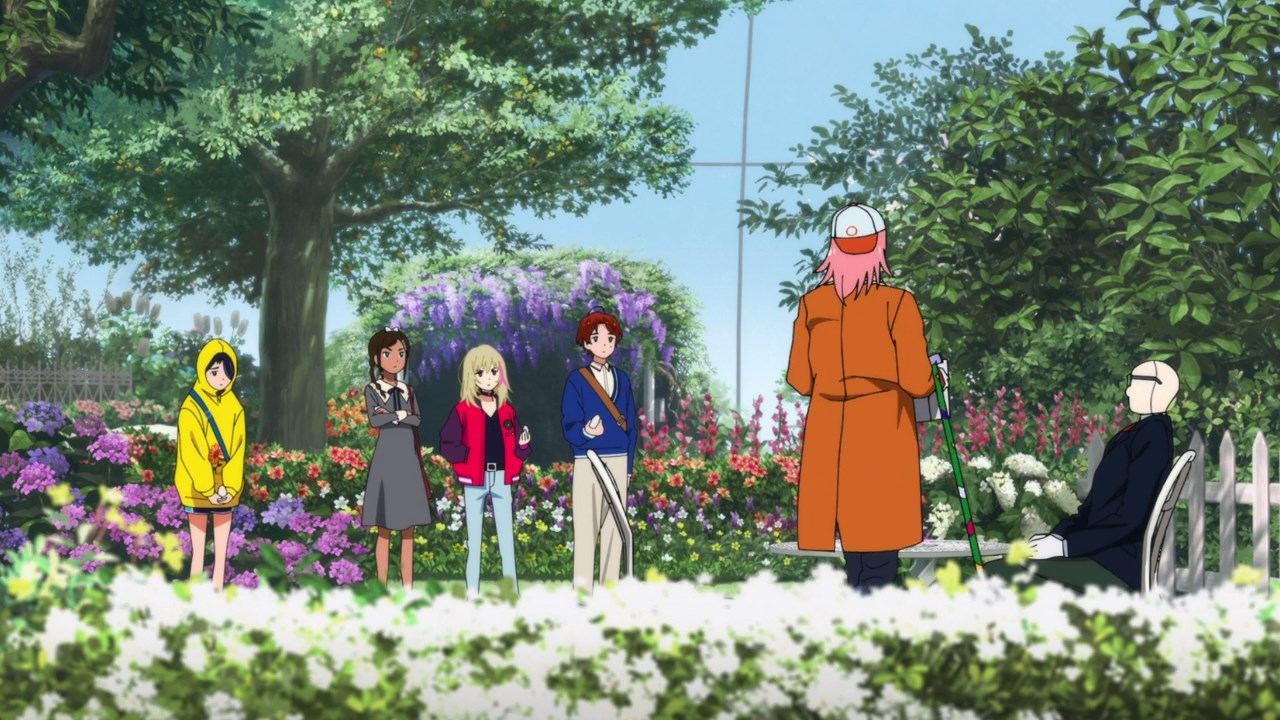 So, Acca and Ura-Acca brought out something important that will help the girls. What are those items? 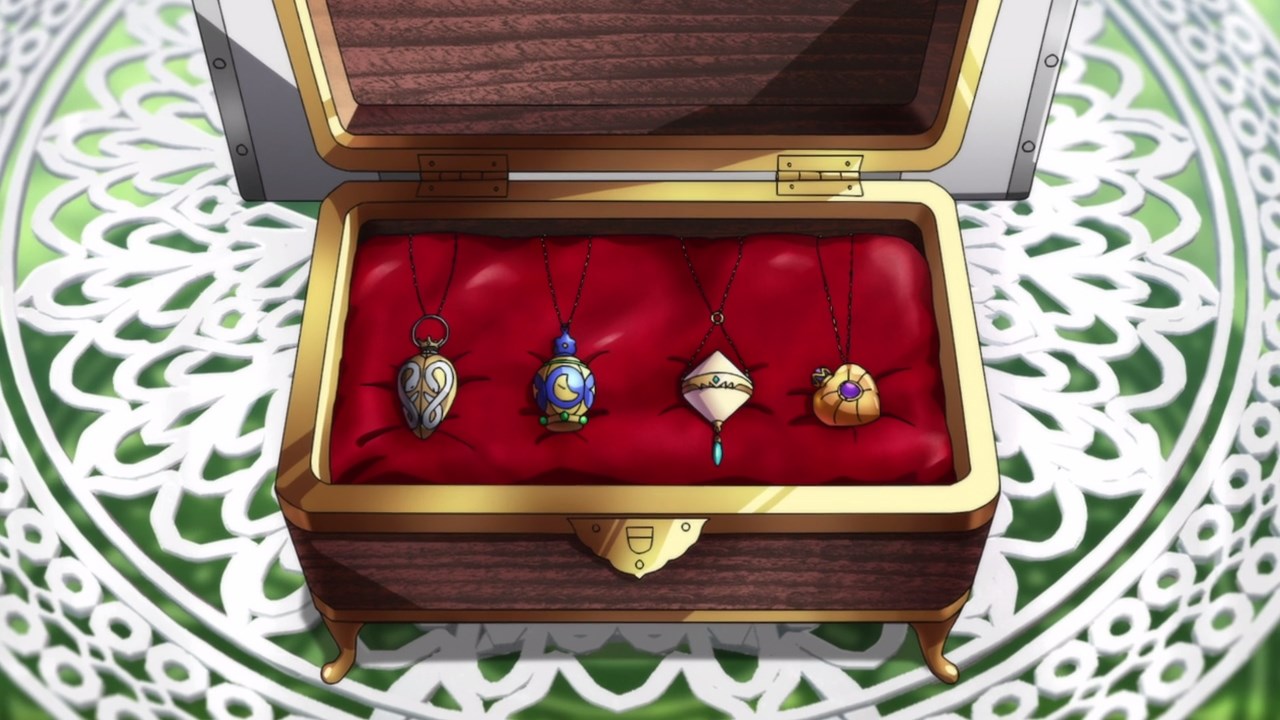 Well, they’re called Pomanders where these Soul Gem-looking items have Wonder Animals inside of it.

Of course, the girls will have to chant Latin words in order to summon or retract them to their containers. 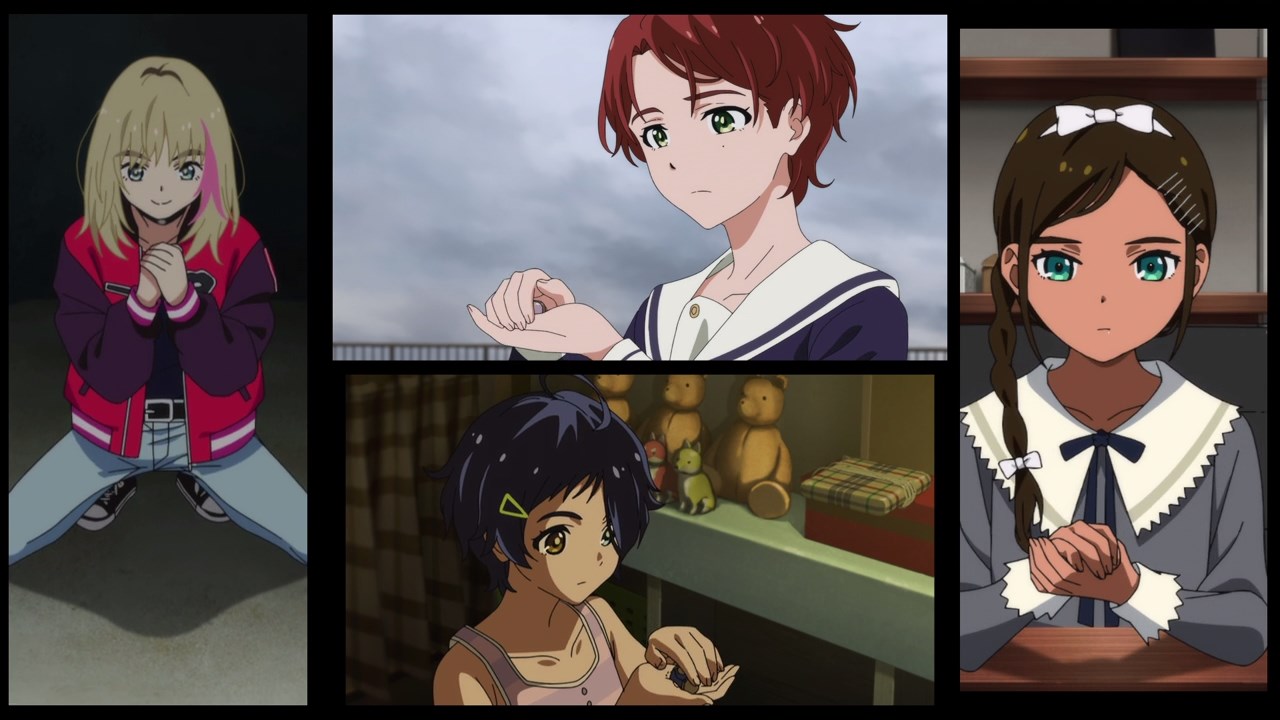 With that said, Ai-chan and the rest will try it out as they activate the Pomanders by chanting “veni”. 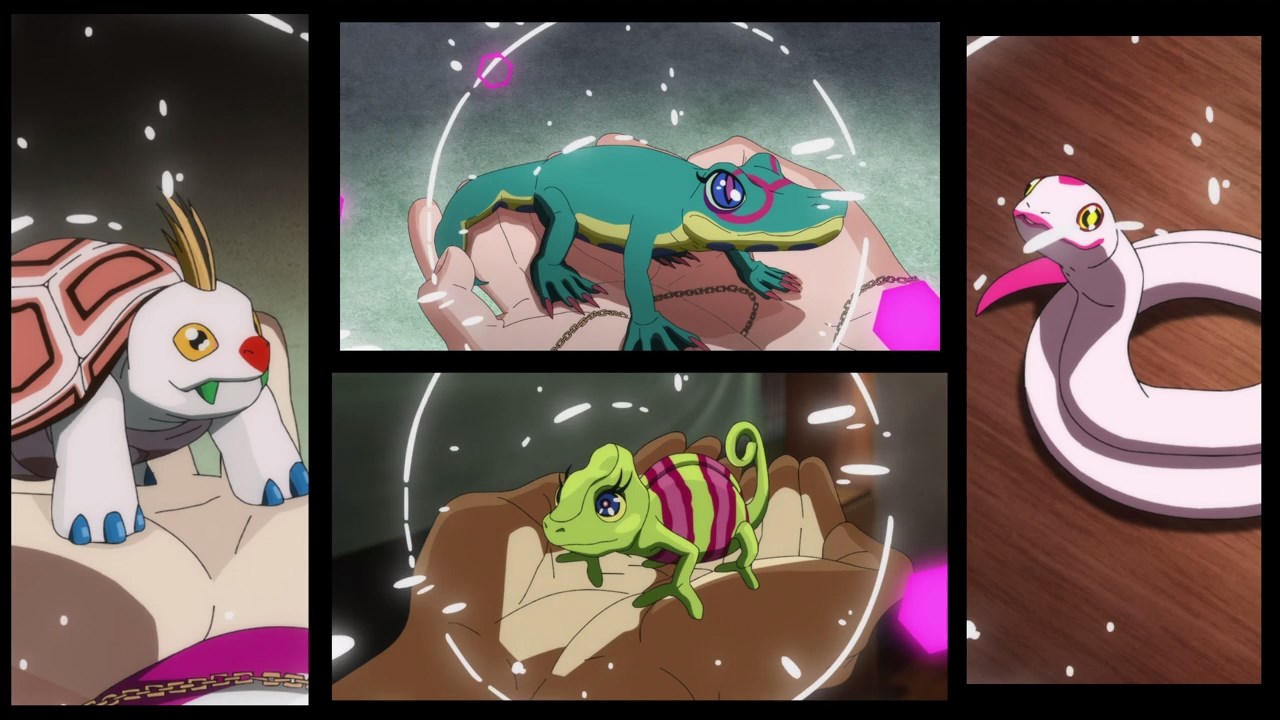 And as you can see, their familiars are kinda cute where it consists of a tortoise for Rika, crocodile for Momoe, chameleon for Ai-chan, and a snake for Neiru.

Of course if they’re done taking out those grunts, the girls can bring their Wonder Animals back to their container by chanting “redi”. Well, I can’t wait for these familiars in action. 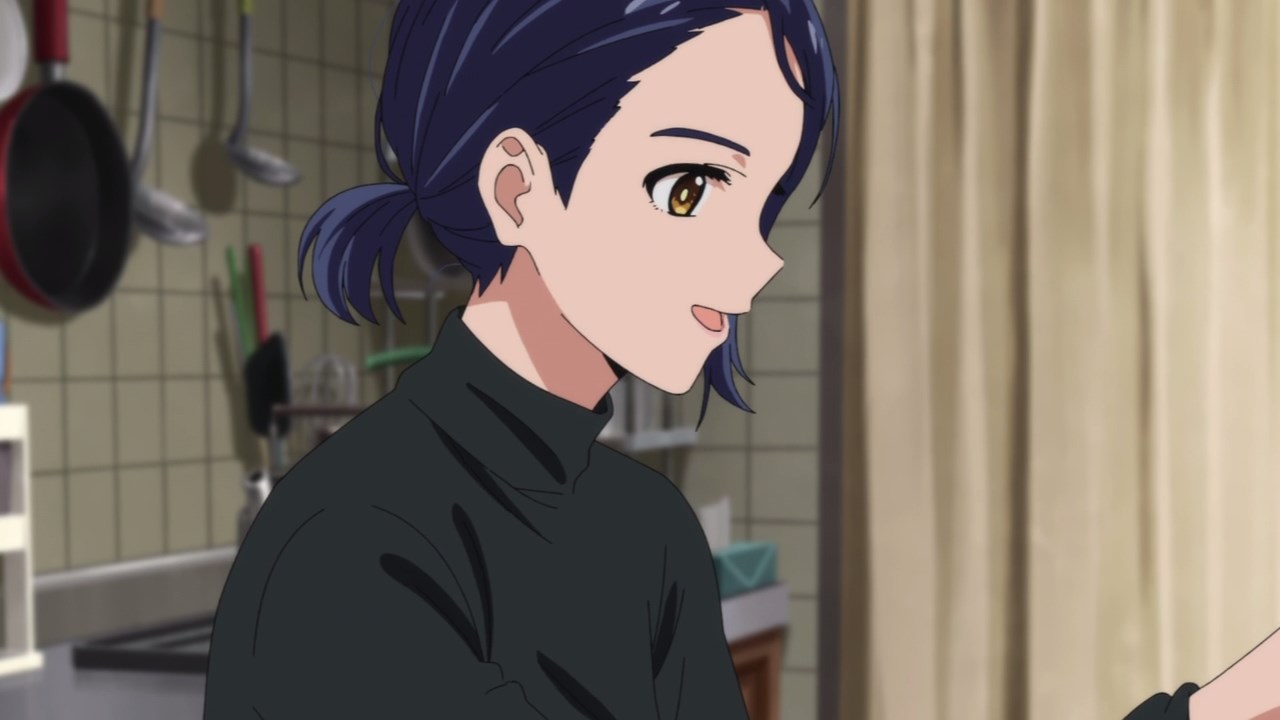 Now then, it appears that Ai’s mother Tae Ohto plans to date Shuichiro Sawaki, although Ai-chan doesn’t want to have a new father just yet. After all, Sawaki-sensei is linked to Koito Nagase’s suicide. 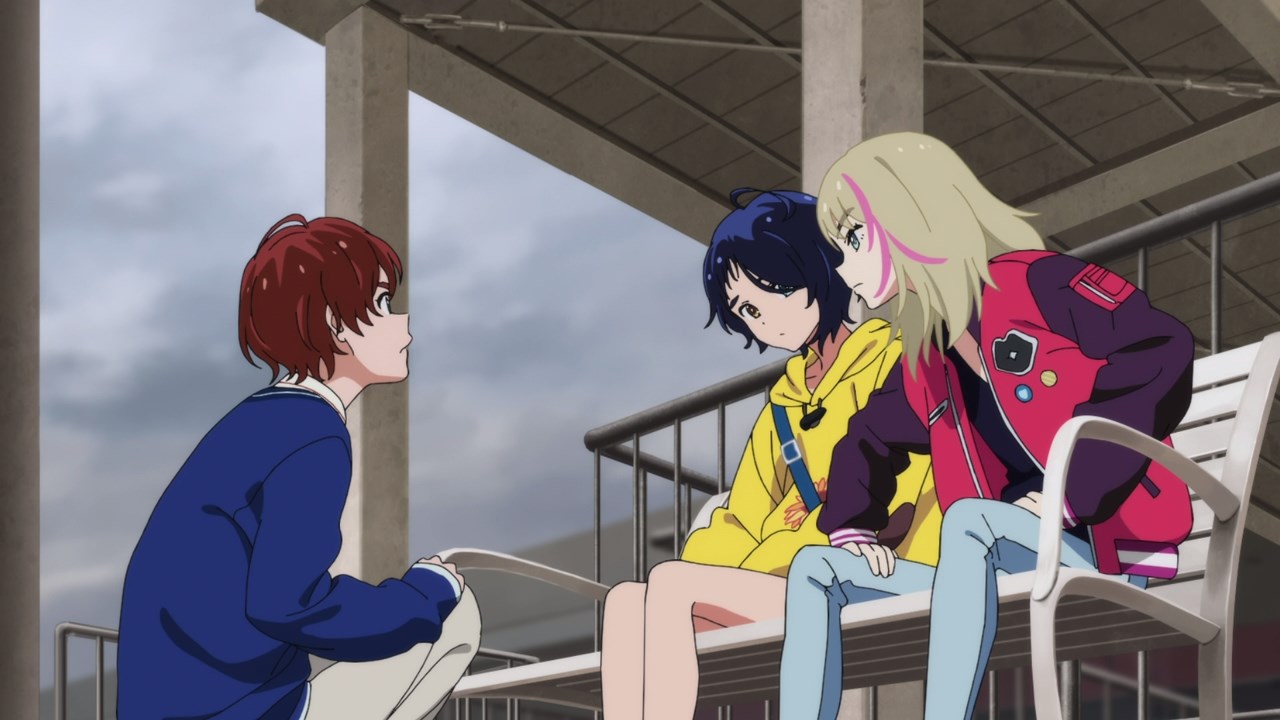 For Momoe Sawaki, she’s surprised that her uncle is dating Ai’s mother but then again, there’s an ulterior motive regarding his advances to Tae-san. 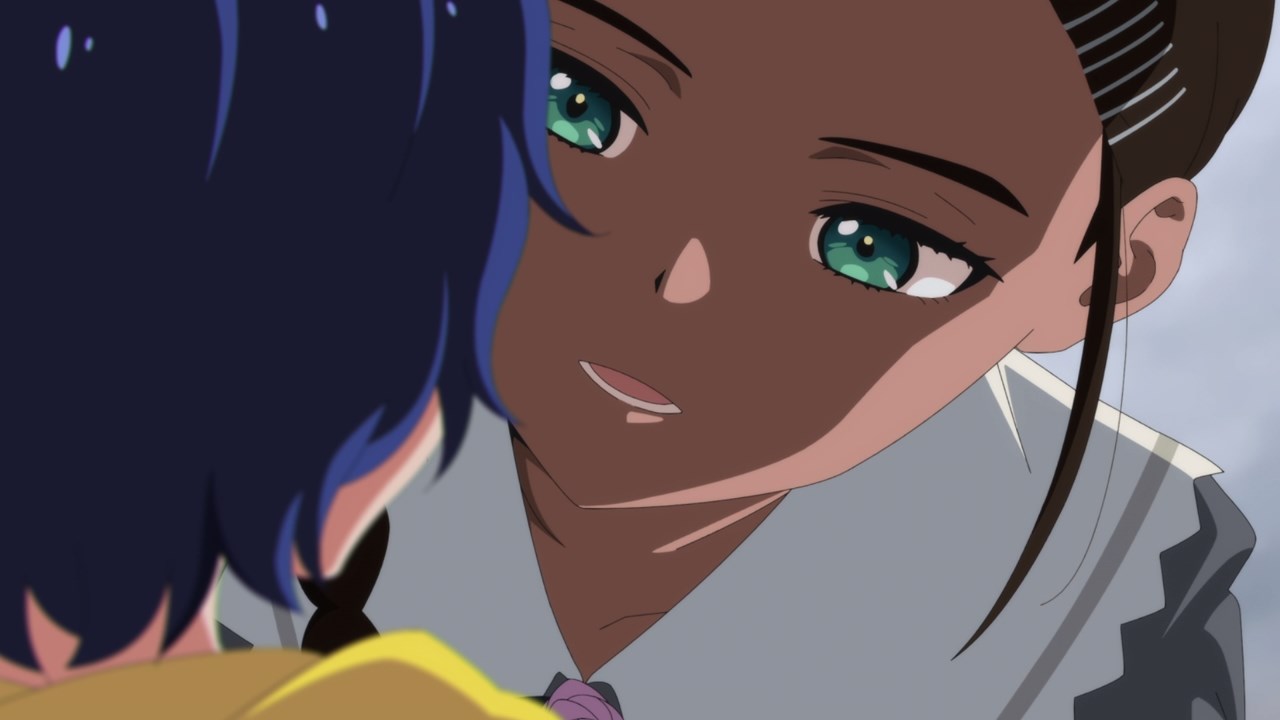 You see, Sawaki-sensei is attracted to Ai-chan as Neiru Aonuma pointed out. Okay Neiru, I’m hoping that what you said to Ai-chan won’t happen at all ’cause that would make him a creep. 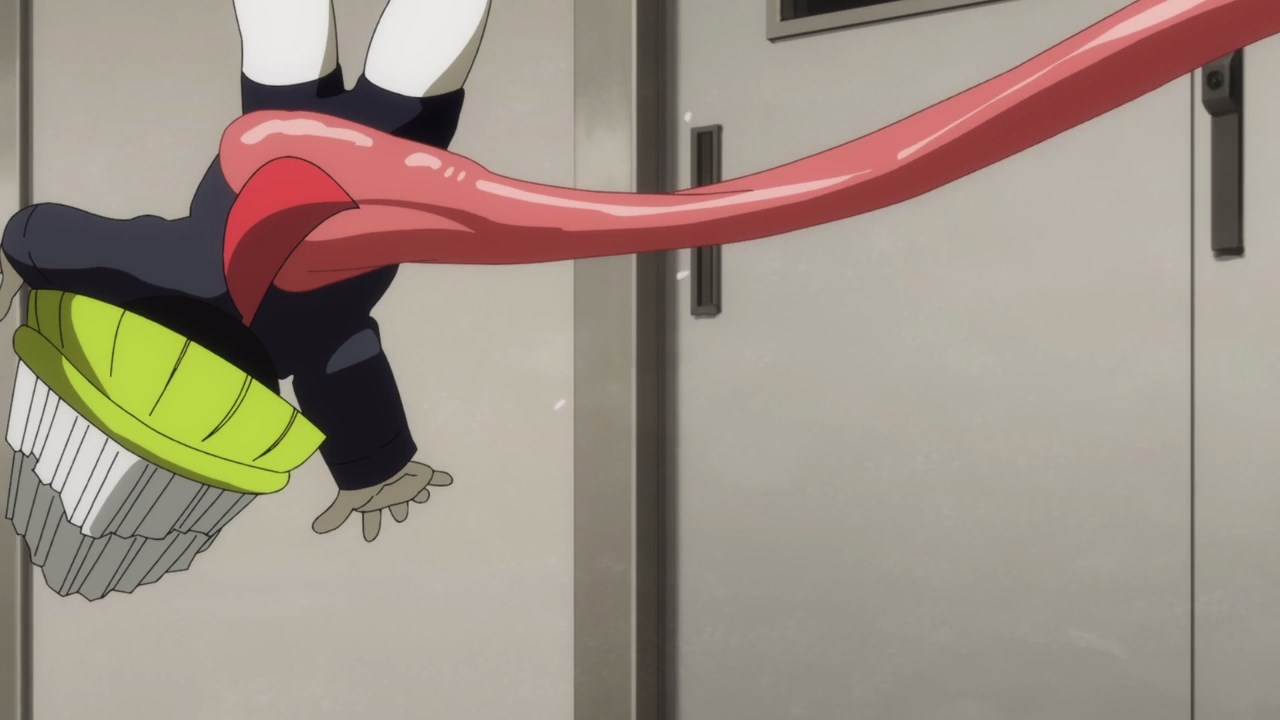 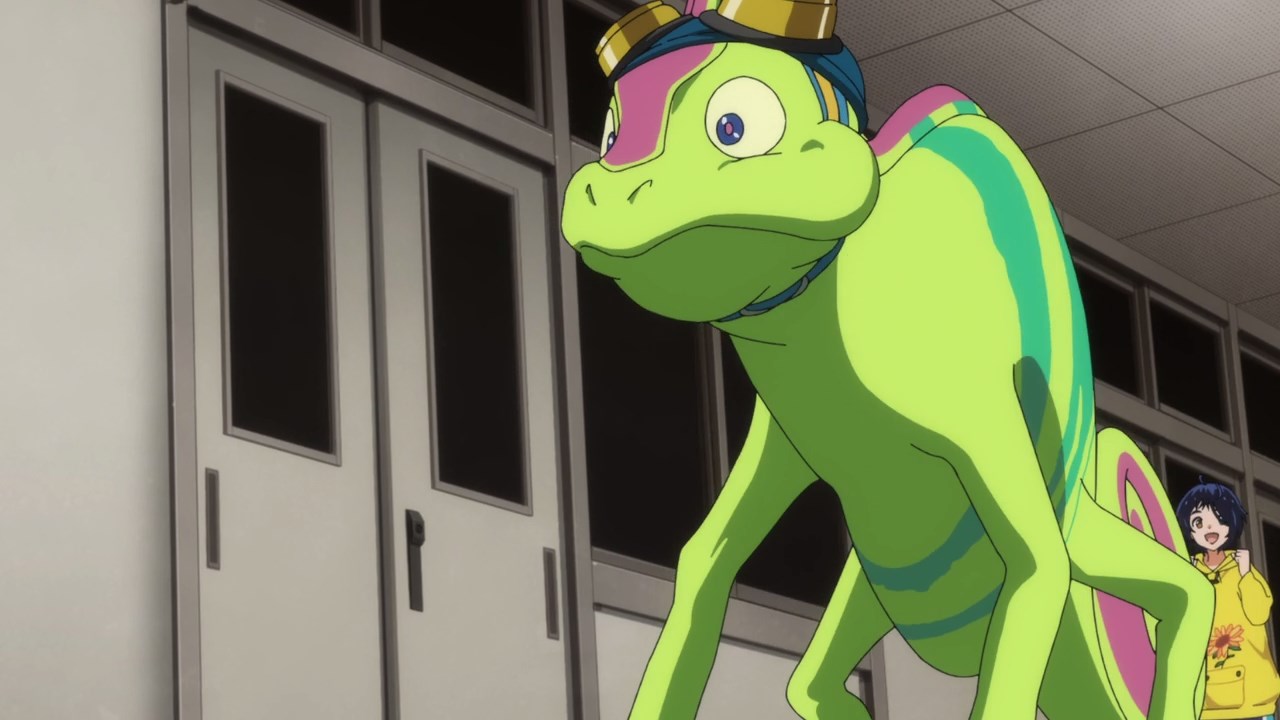 Now then, let’s move onto saving some girls as Ai-chan summoned her Wonder Animal from her Pomander to eat some Haters.

It’s super-effective against those enemies, but the Wonder Animals can’t eat a Wonder Killer on its own. 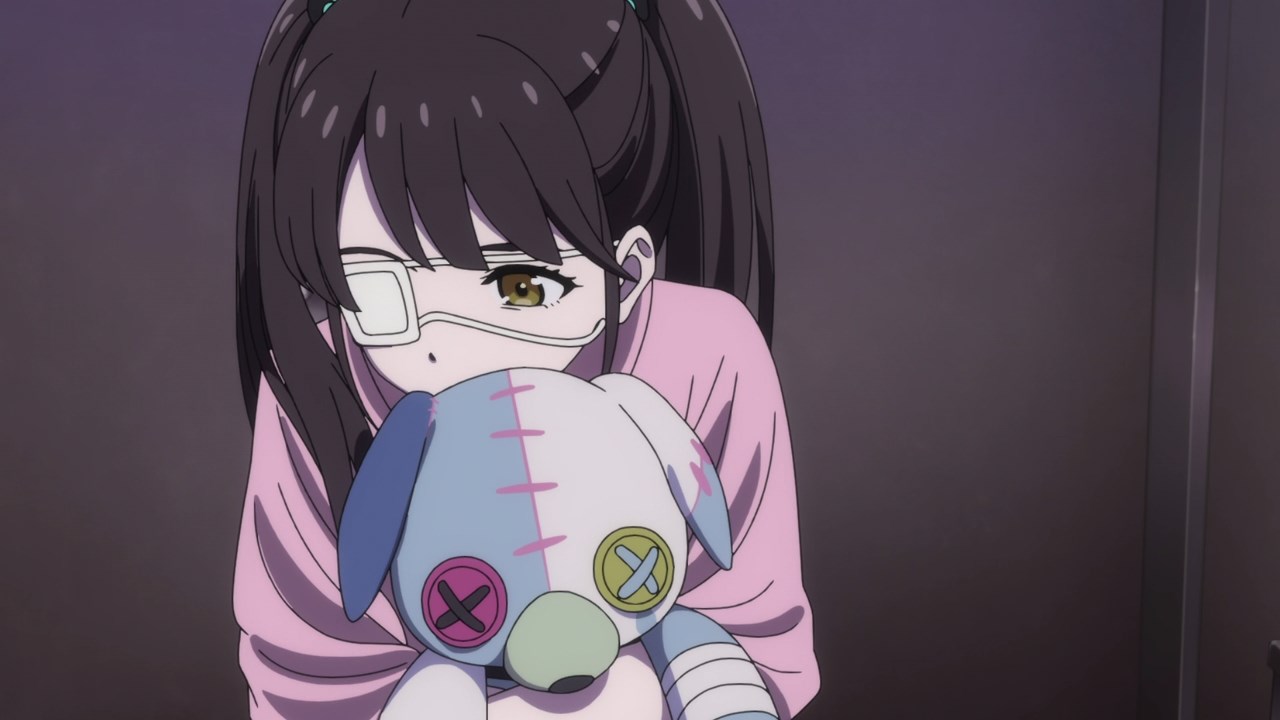 And here’s this week’s girl that needs to be saved as she told Ai-chan that she can see dead people. Oh, and the reason why the girl died is because she can’t stand seeing ghosts. 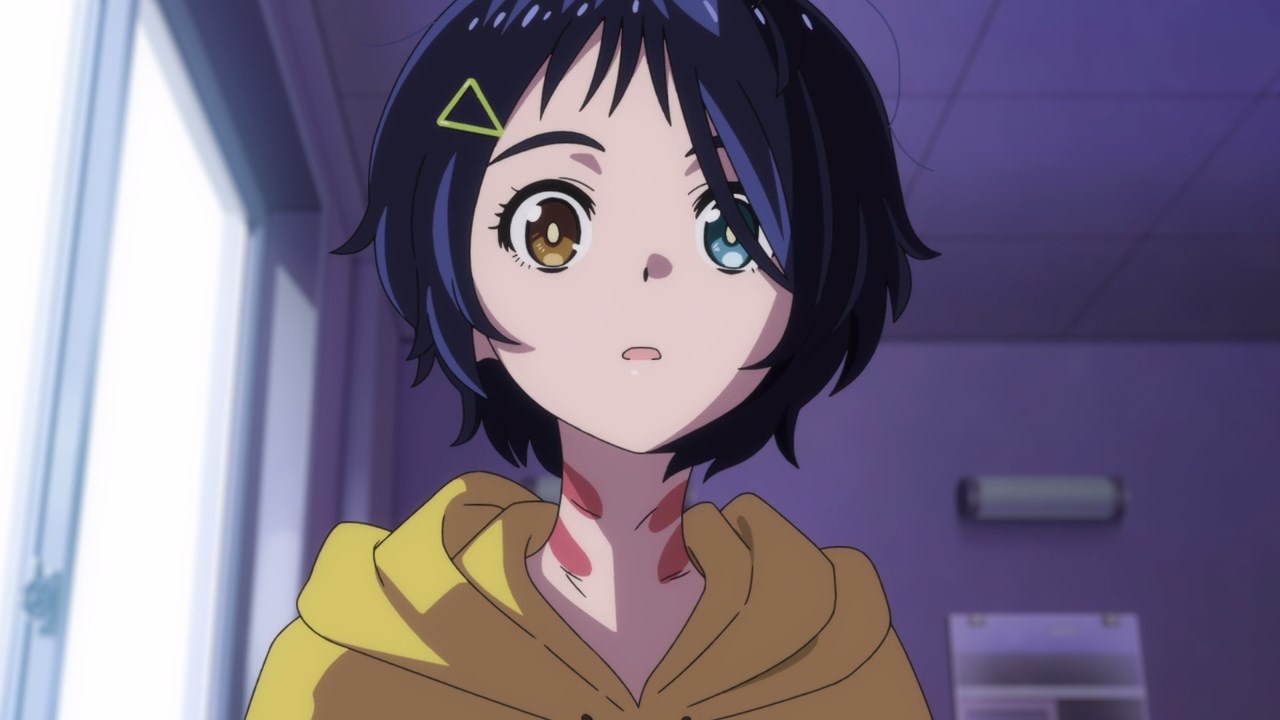 Speaking of the ghost, looks like it wants to strangle Ai Ohto… 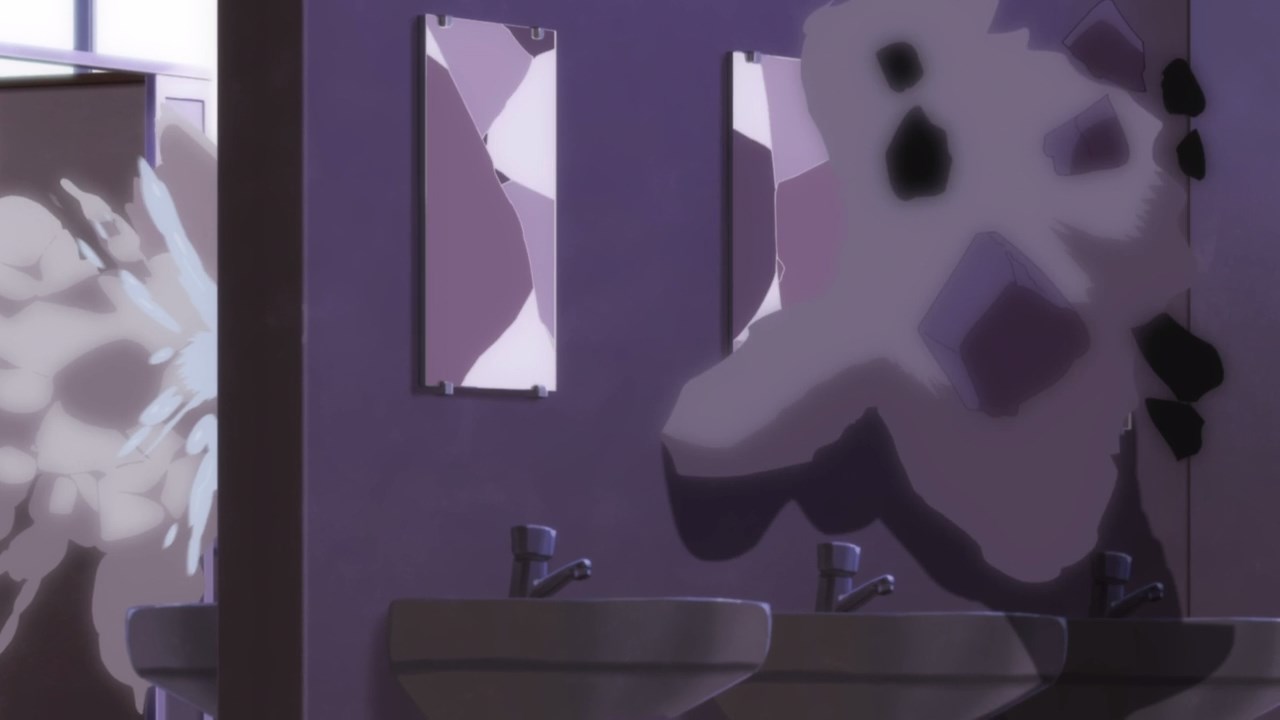 …and then throw her to the wall in which Ai-chan got hurt pretty badly. 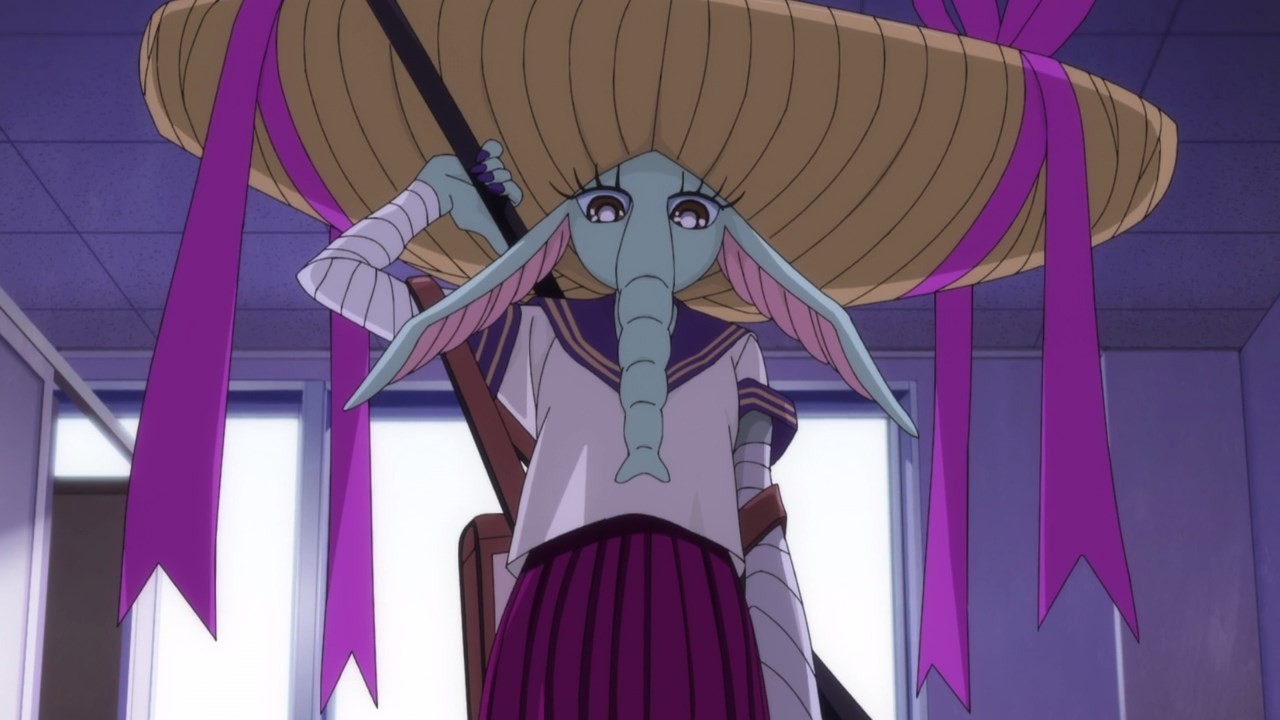 Oh yeah, it appears that this ghost is revealed to be a Wonder Killer.

However, it’s targeting Ai-chan instead of the girl, which I believe that the Wonder Killer is actually defending the victim. 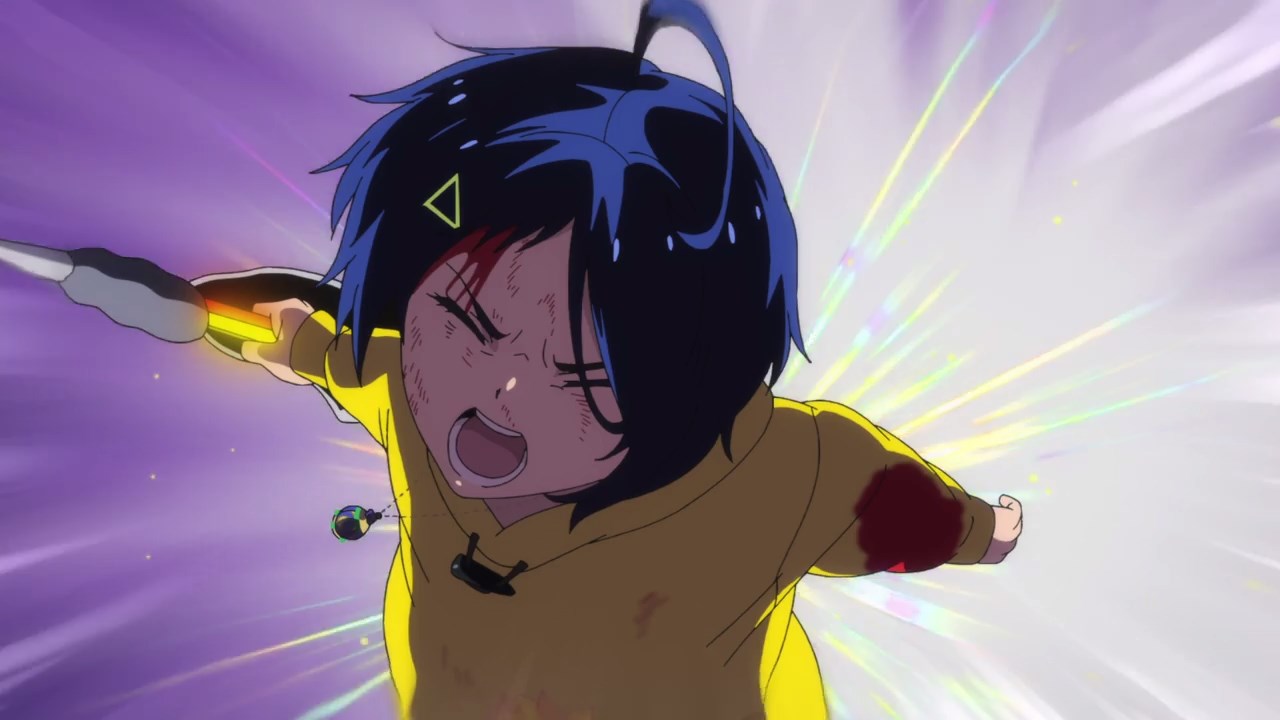 Speaking of Ai Ohto, looks like she’s really mad towards the Wonder Killer as she almost died in the dream world if Ai-chan didn’t have any powers. 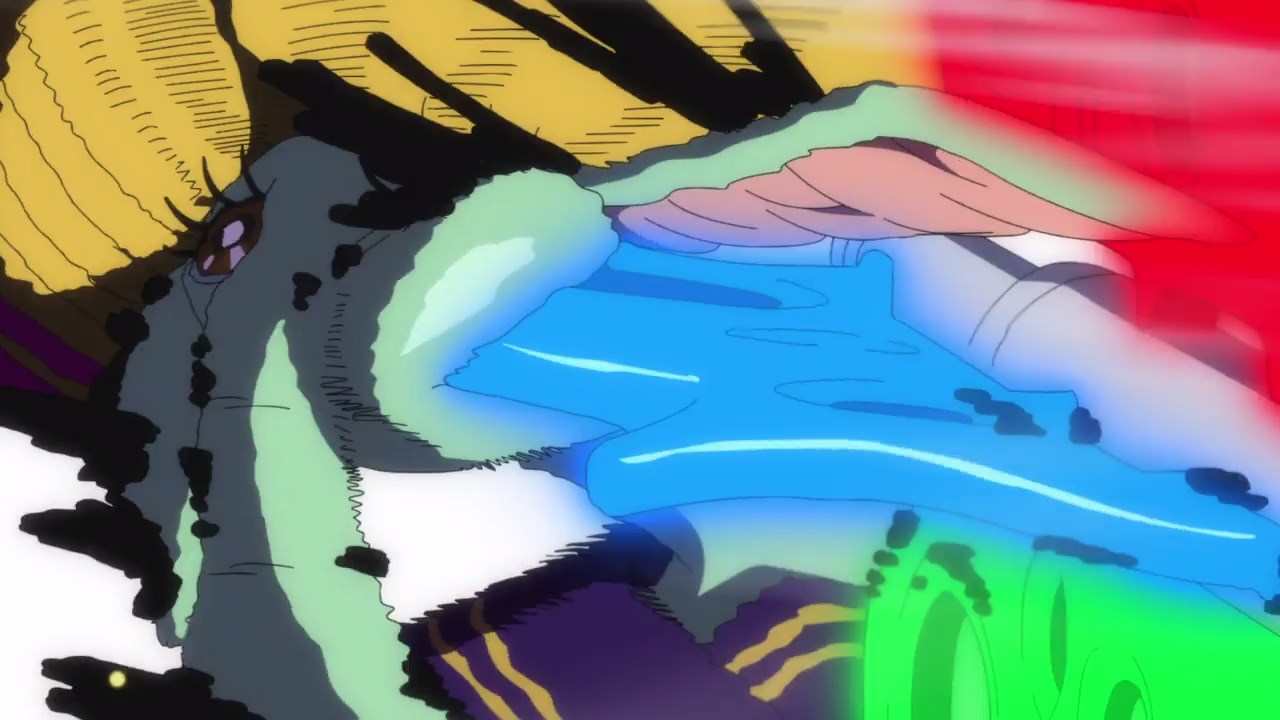 In any case, looks like this Wonder Killer got clobbered by Ai-chan’s ballpoint pen mace. Remember everyone, never make Ai-chan very angry! 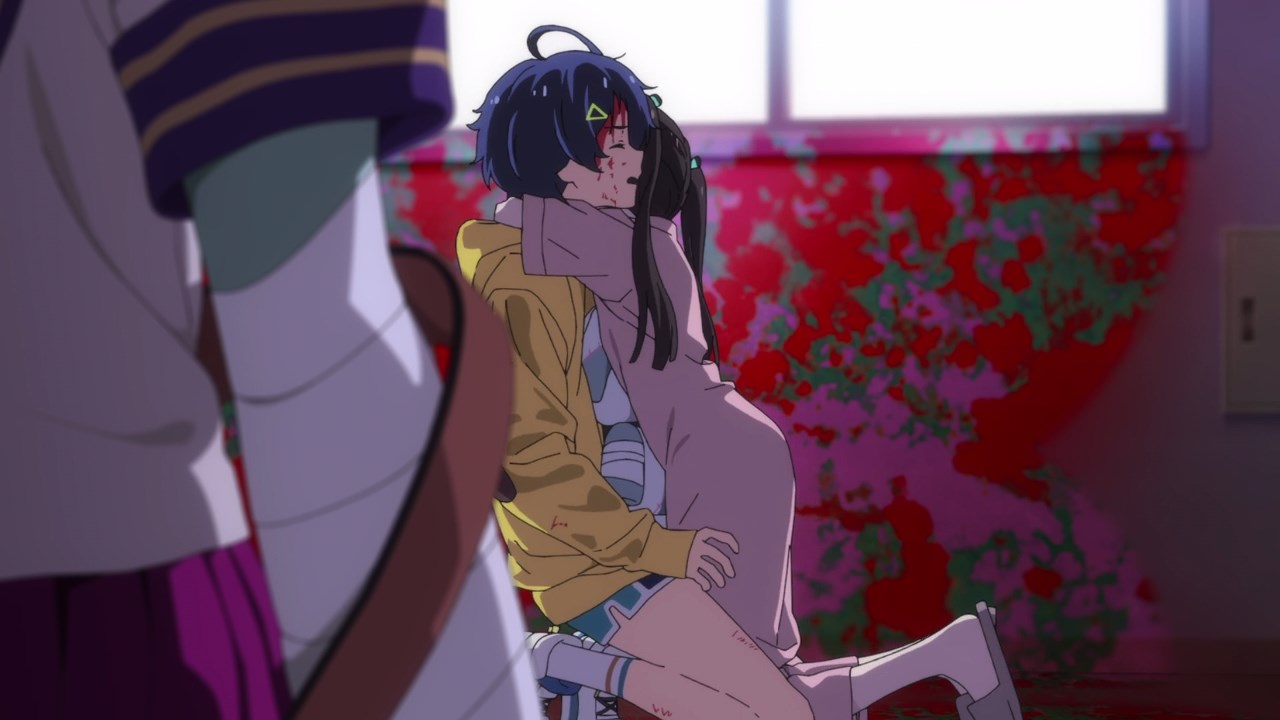 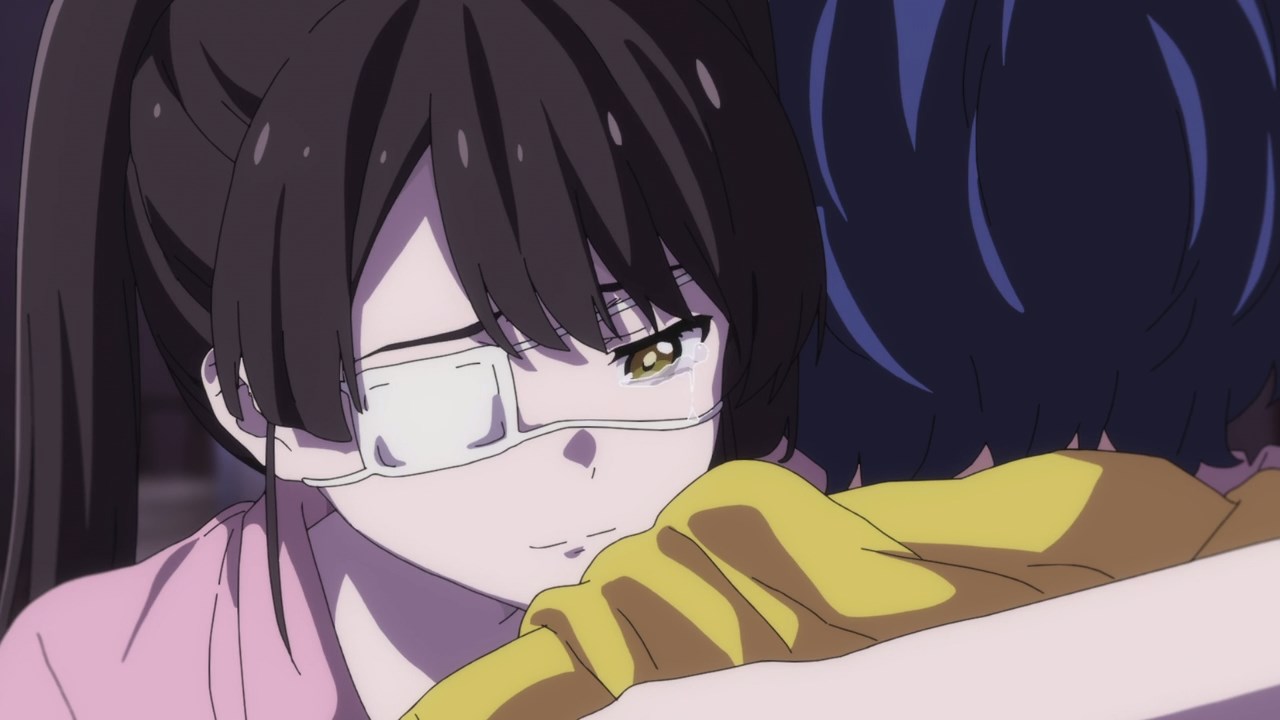 As for the girl, she’s safe but I’m worried that she might see ghosts again. I hope that nothing bad will happen to her once she’s revived in the real world. 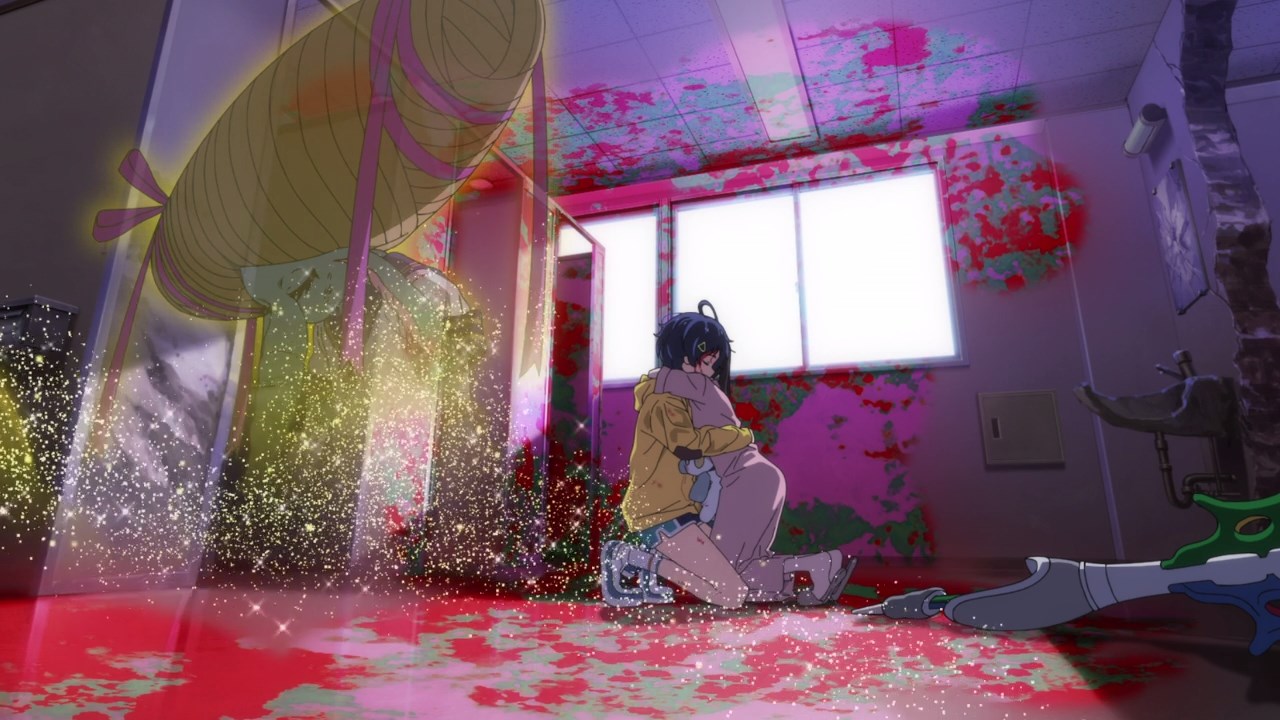 Well, that’s about it for this episode and while Ai-chan saved a girl thanks to her new powers, she’s still conflicted in regards to her counselor as Sawaki-sensei wants to date her mother. 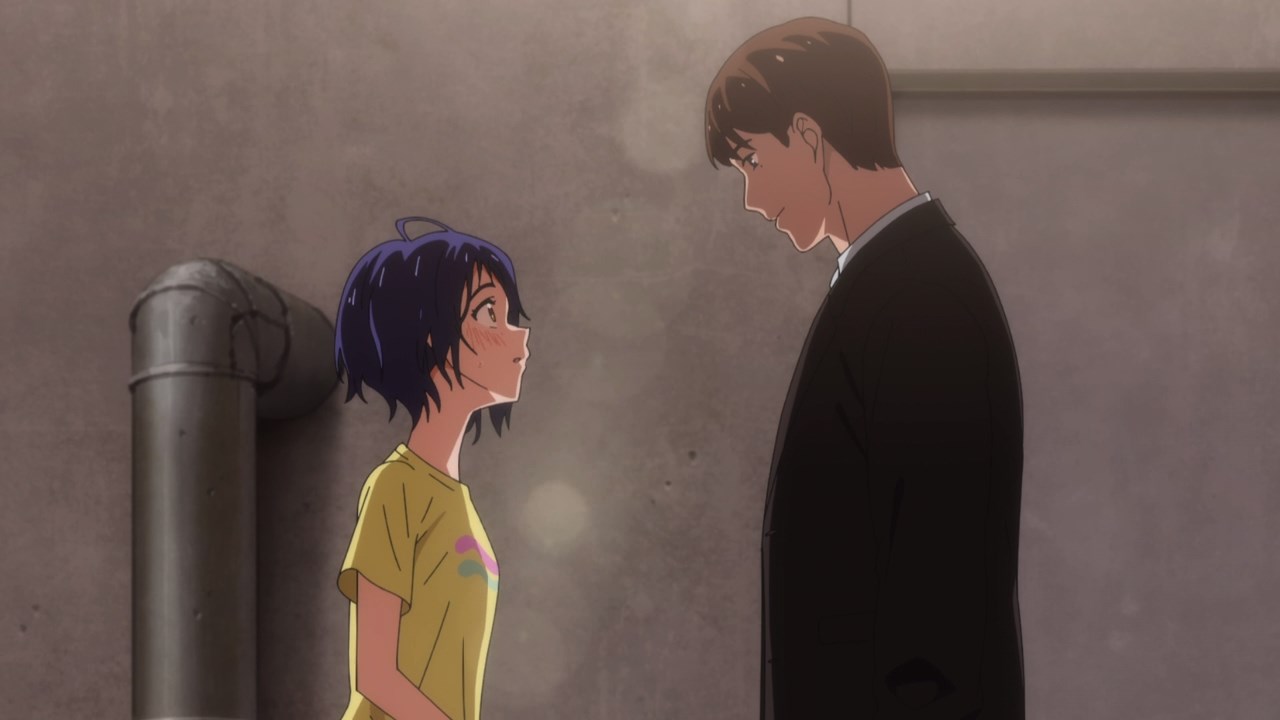 On the other hand, looks like Ai Ohto decides to come to school as she wants to learn the truth on why Shuichiro Sawaki is attracted to Koito Nagase.

I’m hoping that Ai-chan won’t get bullied but anyways, tune in next time!