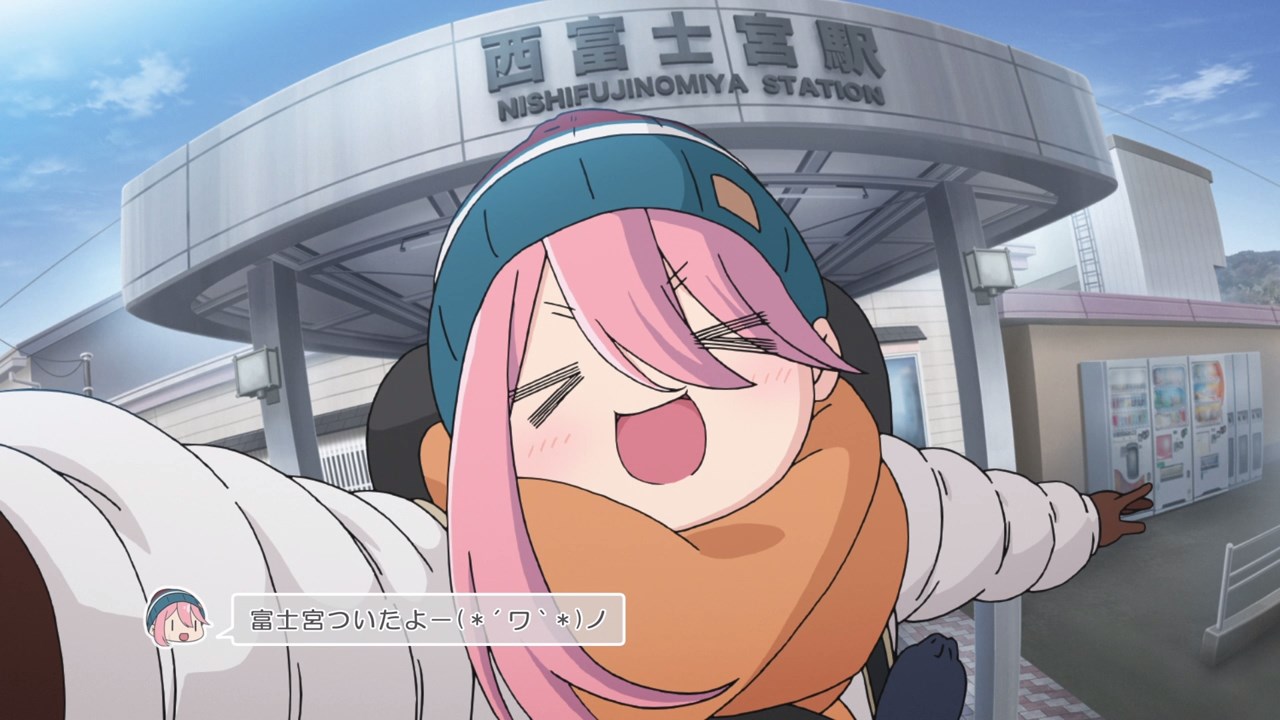 Well everyone, today is the big day for Nadeshiko Kagamihara as her solo camping trip begins at Nishifujinomiya Station. She’s fully-prepared on this special trip thanks to Rin Shima’s guidance. 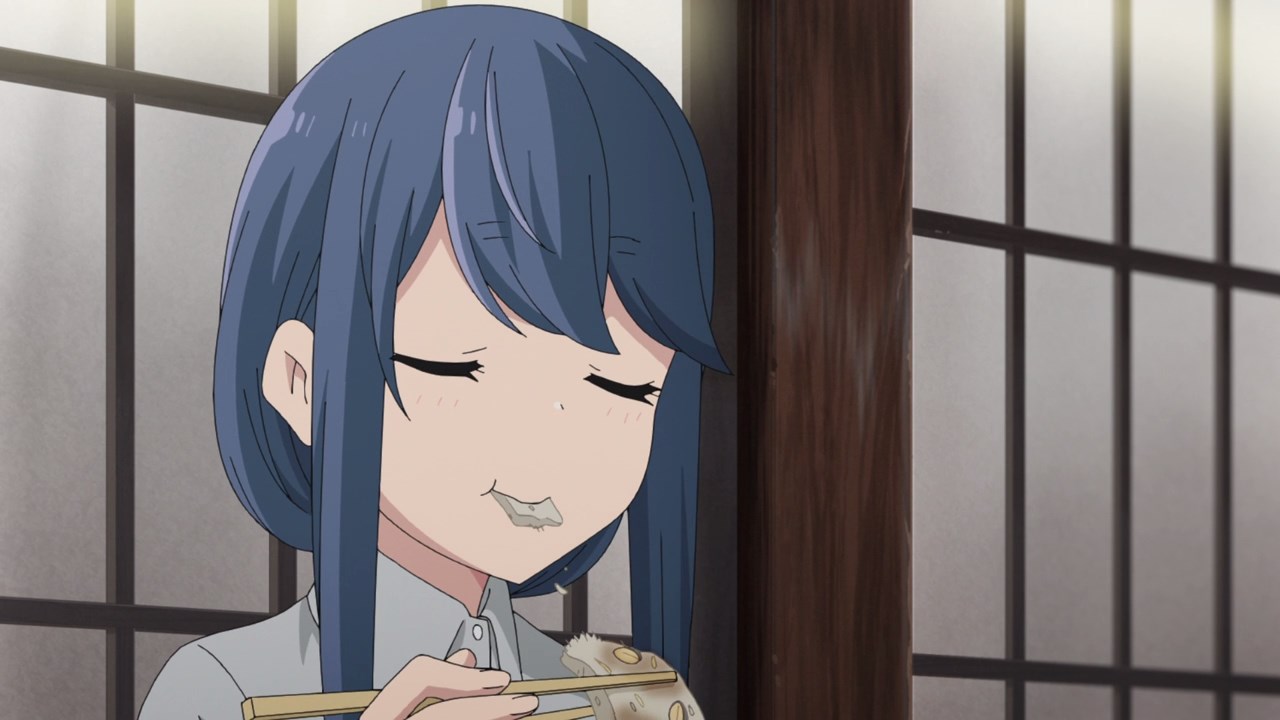 Speaking of Rin Shima, she’s at Akasawa-shuku where Shimarin is having her own solo camping trip. 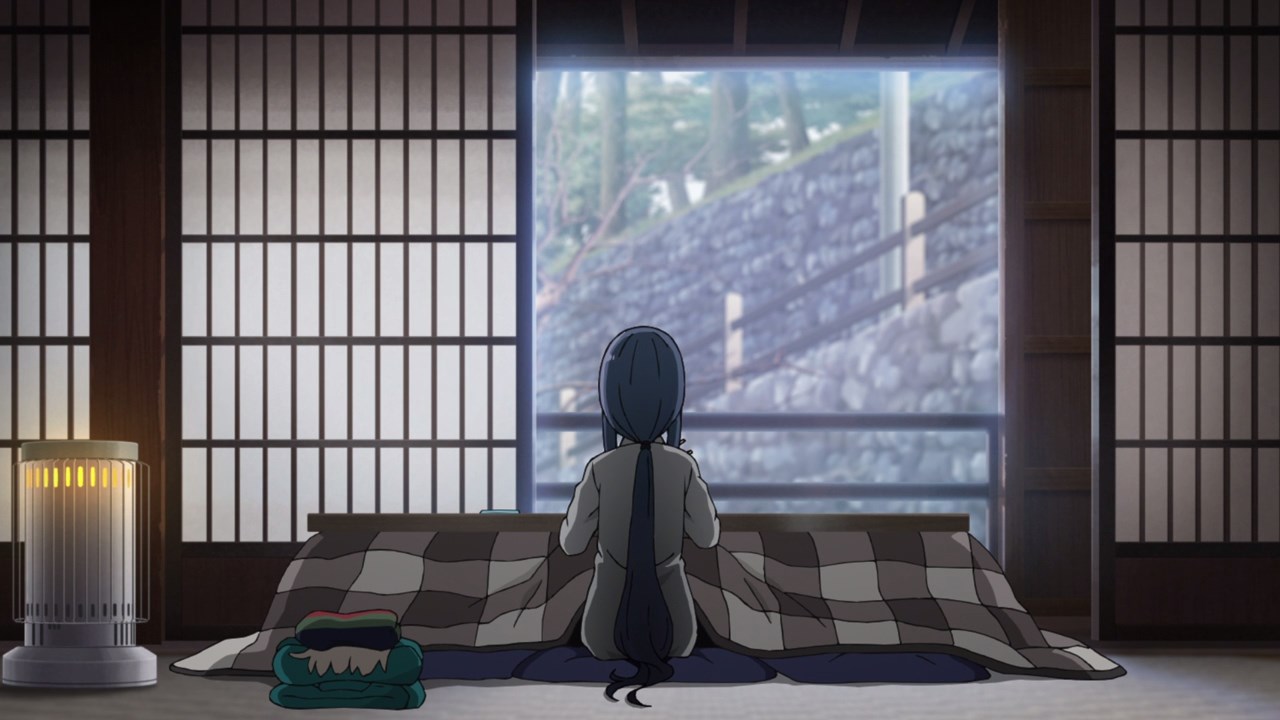 Then again, it seems that the inn that she’s currently staying is very comfy to the point that Rin felt like she’s at home. 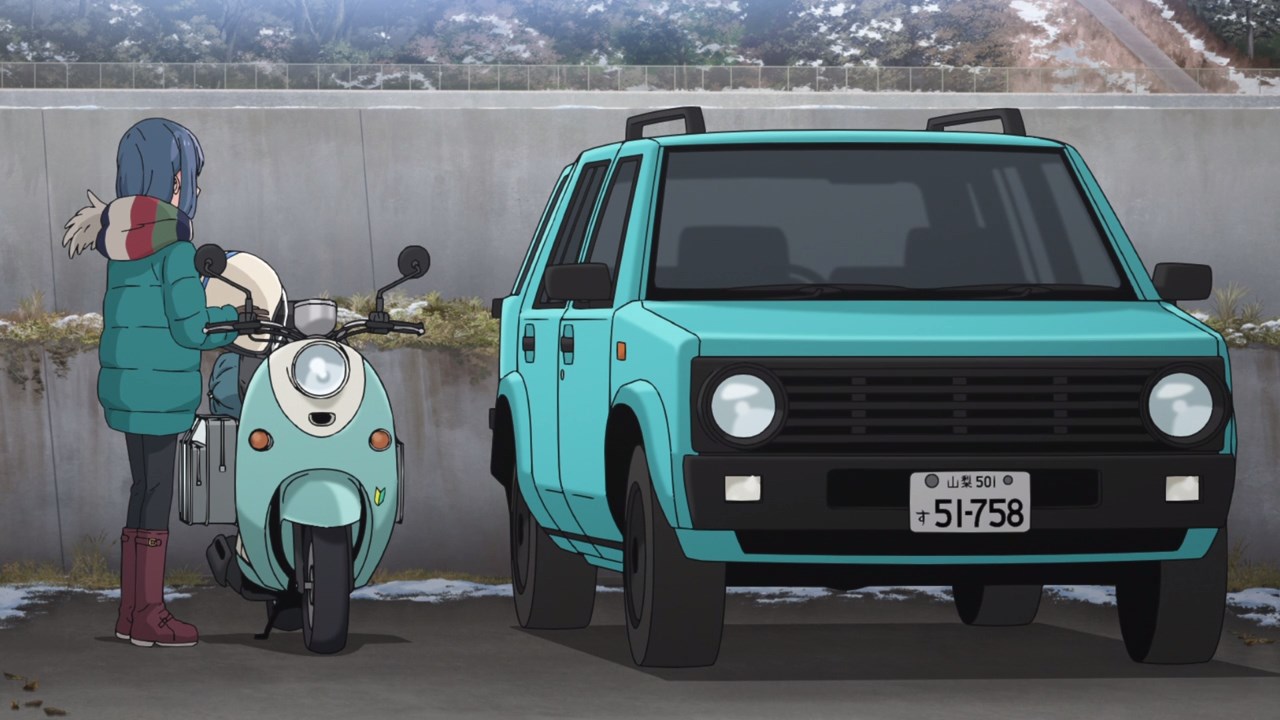 On the other hand, Rin noticed a familiar car that was parked next to her scooter upon arriving at Lake Narada Hot Springs.

Then again, there are a bunch of cars that have the same style and color. 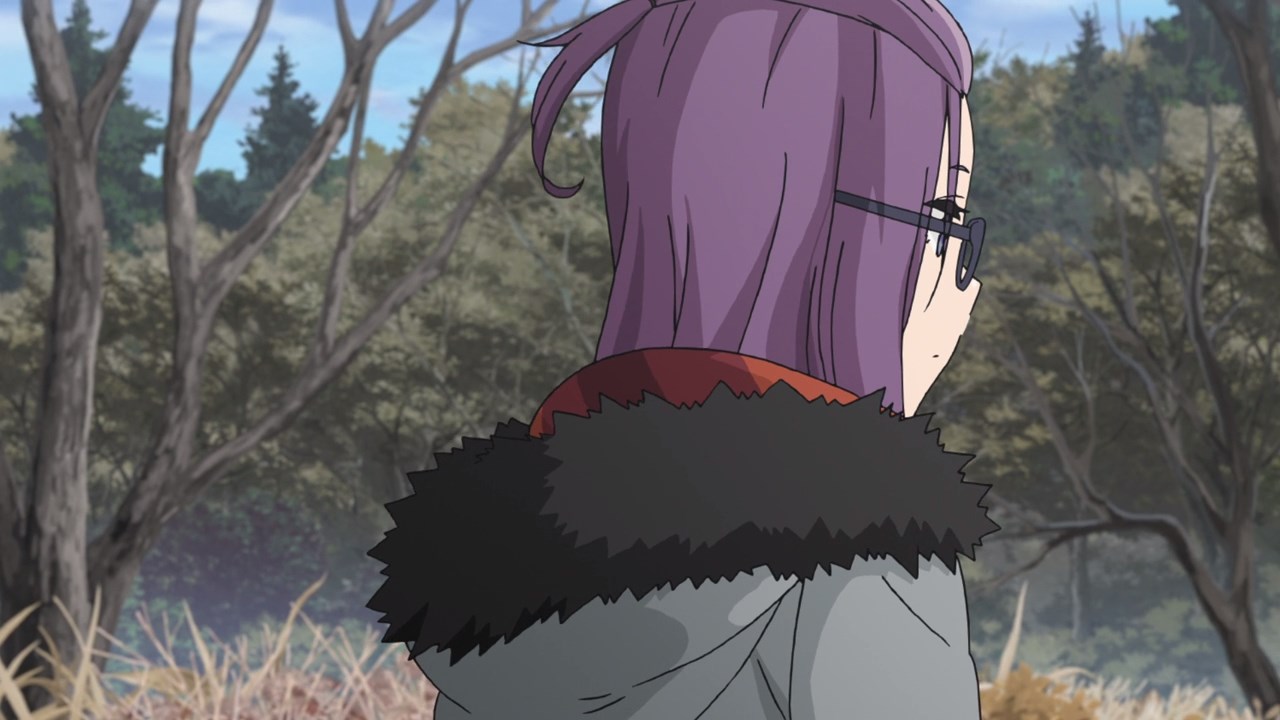 That’s until she realized that Sakura Kagamihara is at Lake Narada by herself. Man, this is awkward for Shimarin to see Nadeshiko’s elder sister. 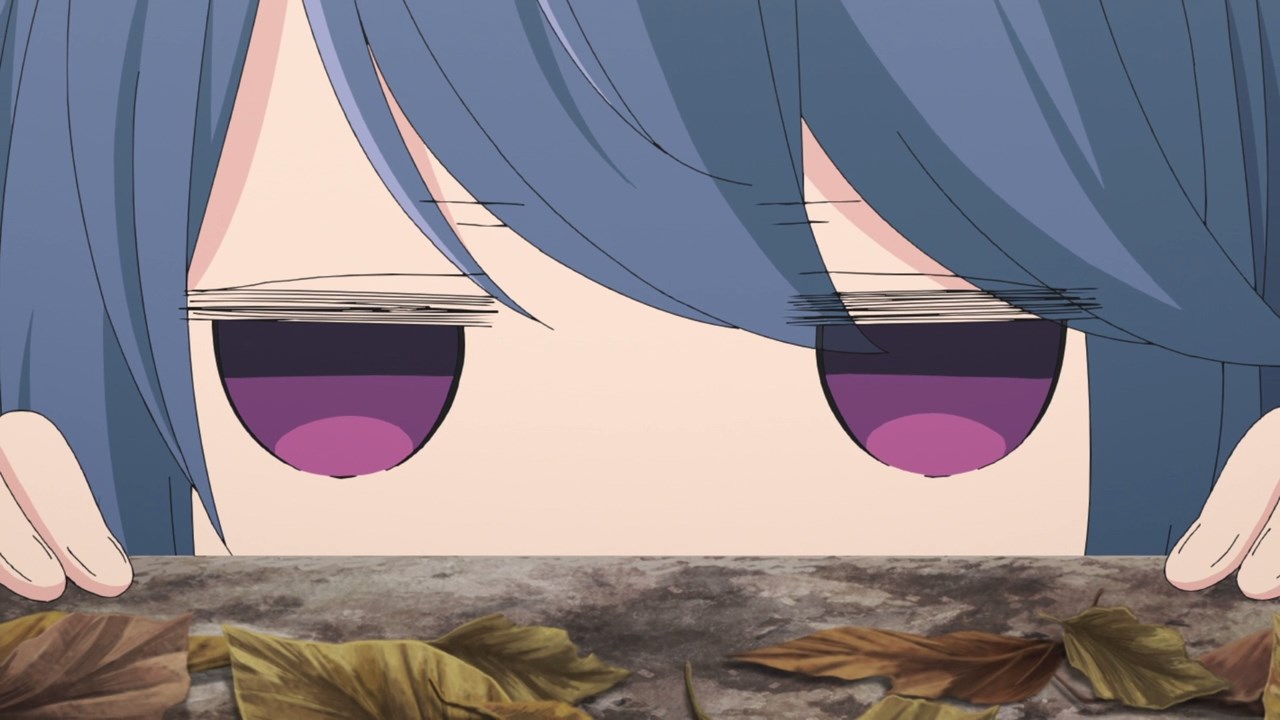 But speaking of Shimarin, it appears that she’s tailing Sakura-san like some stalker. The only thing missing is having a cardboard box. 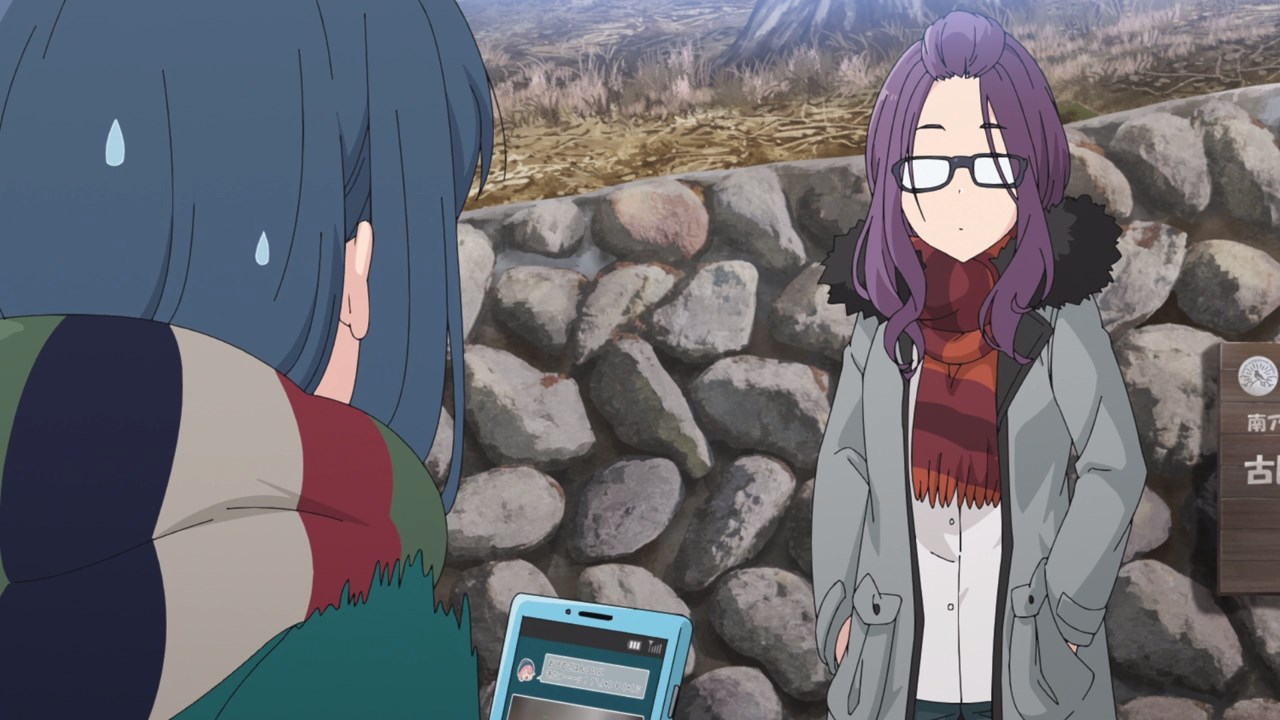 Sadly, Rin Shima’s stalking mission has ended Sakura Kagamihara found her. Well, Shimarin should learn not to blow her cover next time. 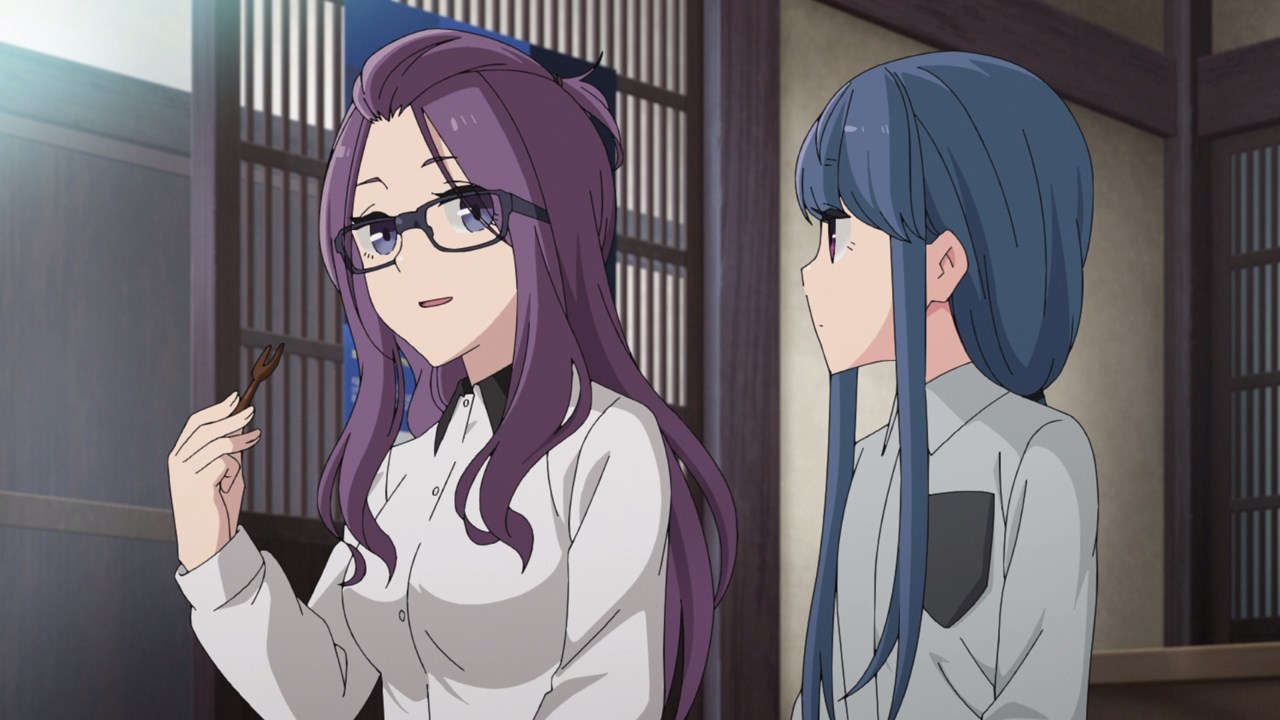 In any case, looks like Rin is having a great time in her solo camping trip, especially when she’s joined by Sakura-san in which she loves to talk about a TV program titled “Moped’s Journey”.

Of course, both of them are concerned about Nadeshiko in which she’s currently traveling on her own. 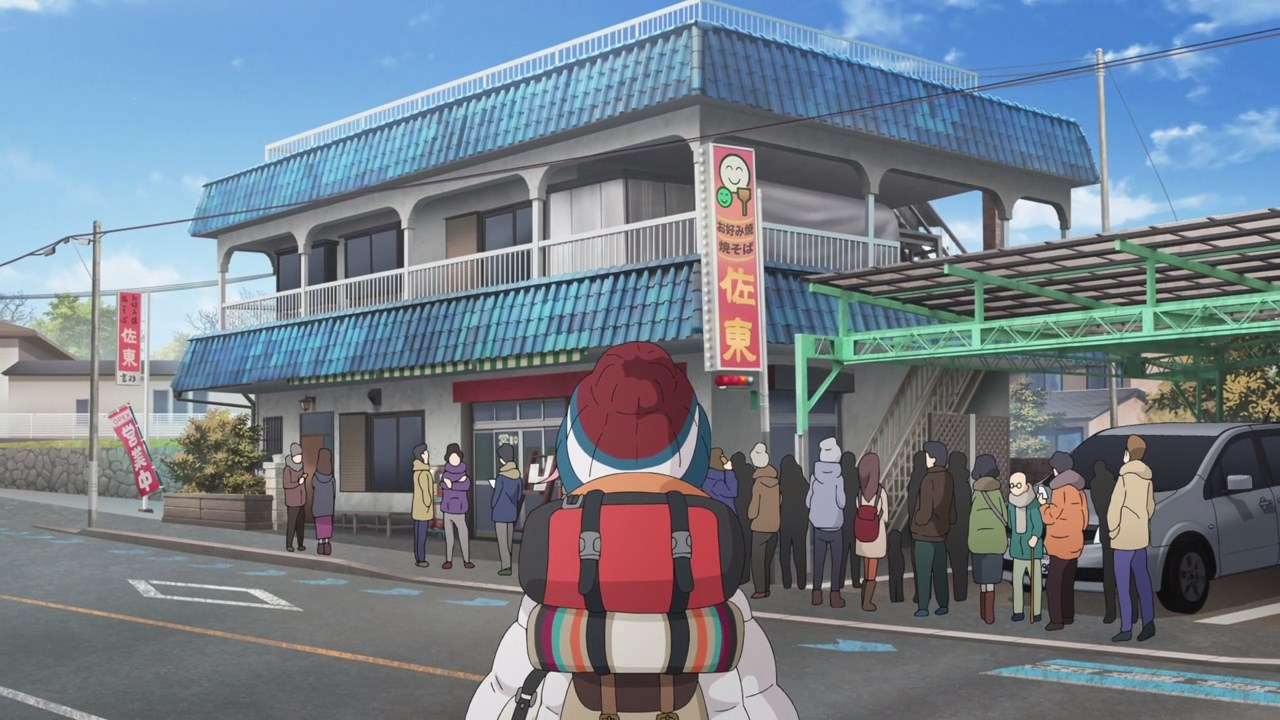 Speaking of Nadeshiko, she stumbled upon a restaurant in Fujinomiya where it serves a special yakisoba called shigure-yaki. 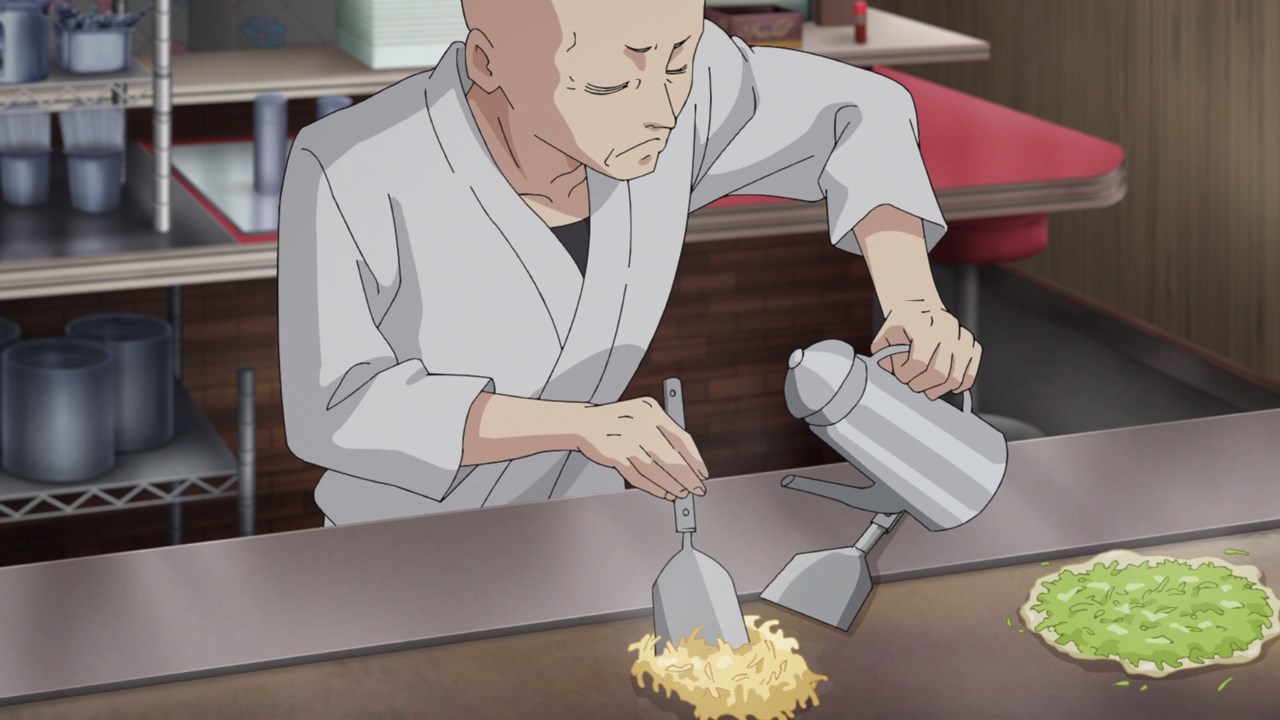 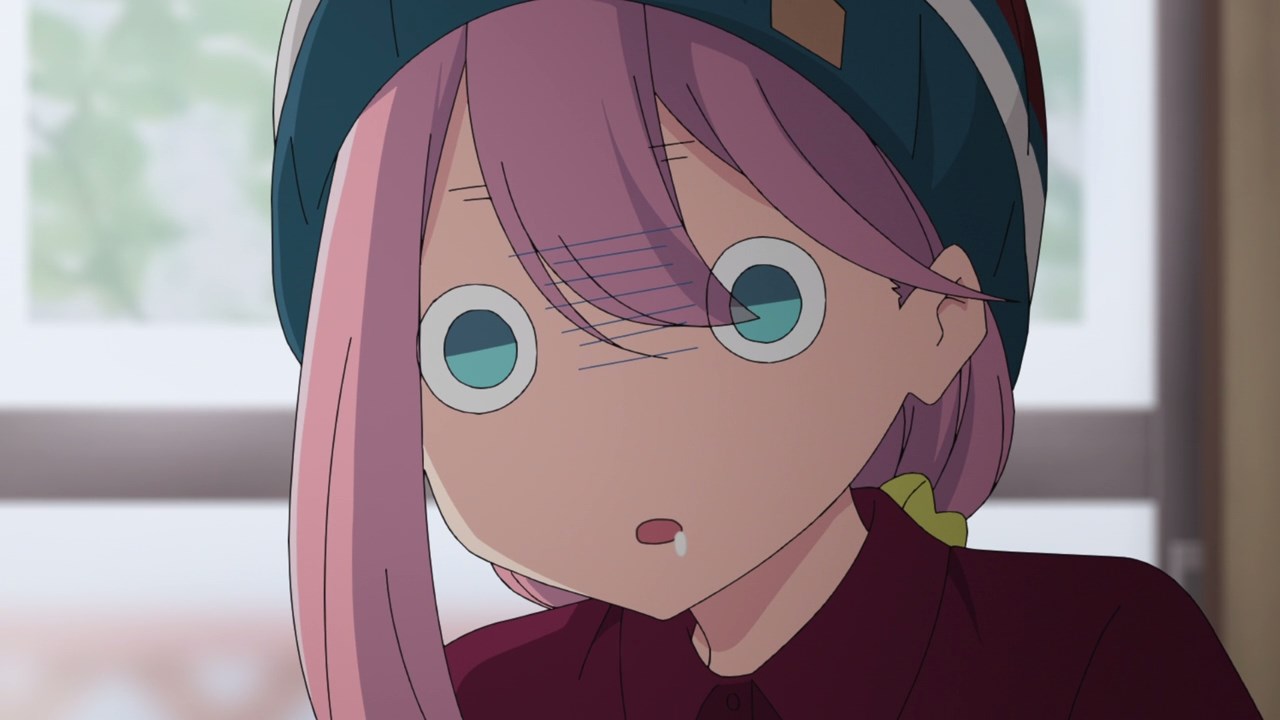 In any case, Nadeshiko Kagamihara ordered one shigure-yaki in which she’s excited to eat this specialty once it’s cooked. I mean, Nadeshiko is drooling right now! 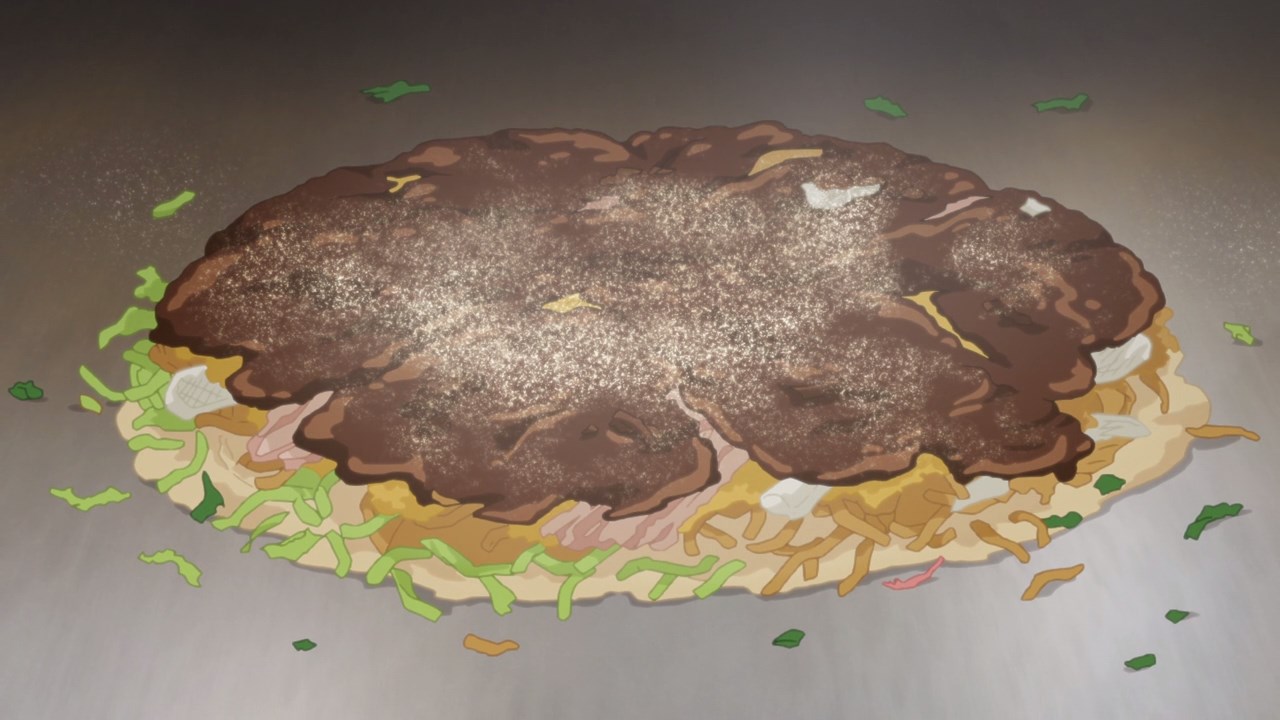 Anyways, here’s the finished product and I have to say that it looks appetizing. And here’s the thing about shigure-yaki as it combines yakisoba with okonomiyaki. 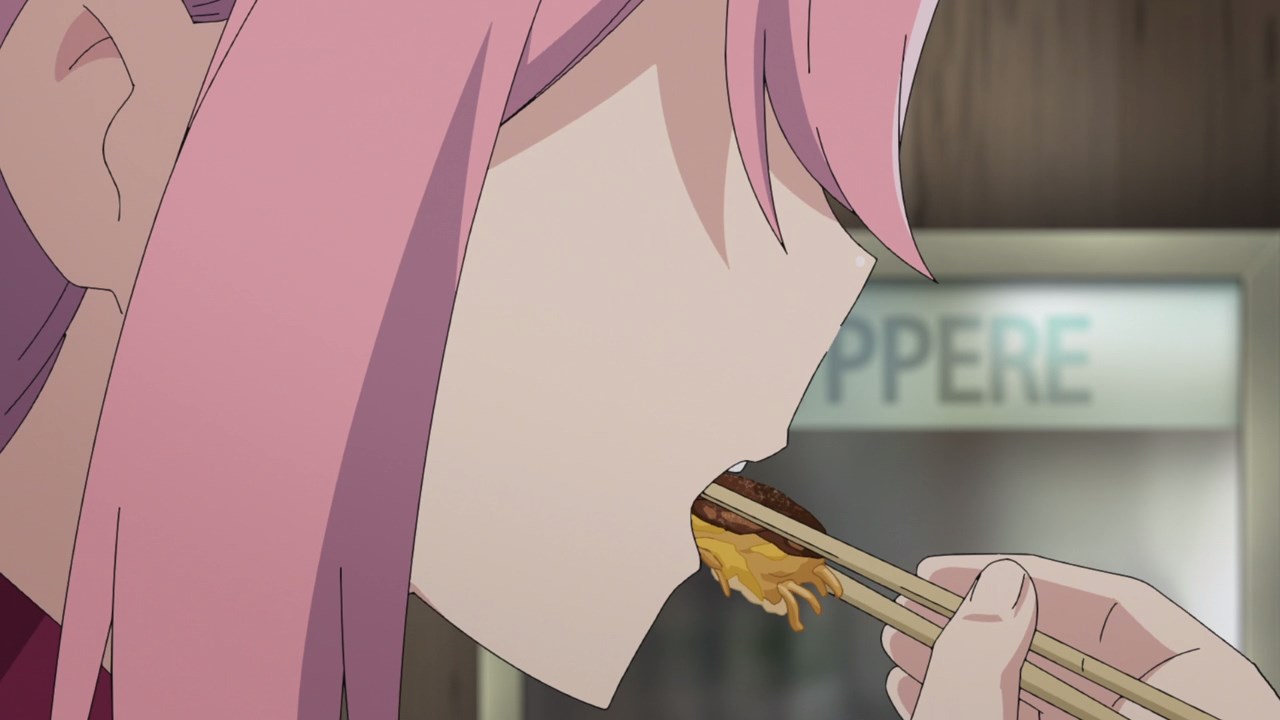 With that said, time for Nadeshiko to eat Fujinomiya’s specialty as she took one bite of shigure-yaki. 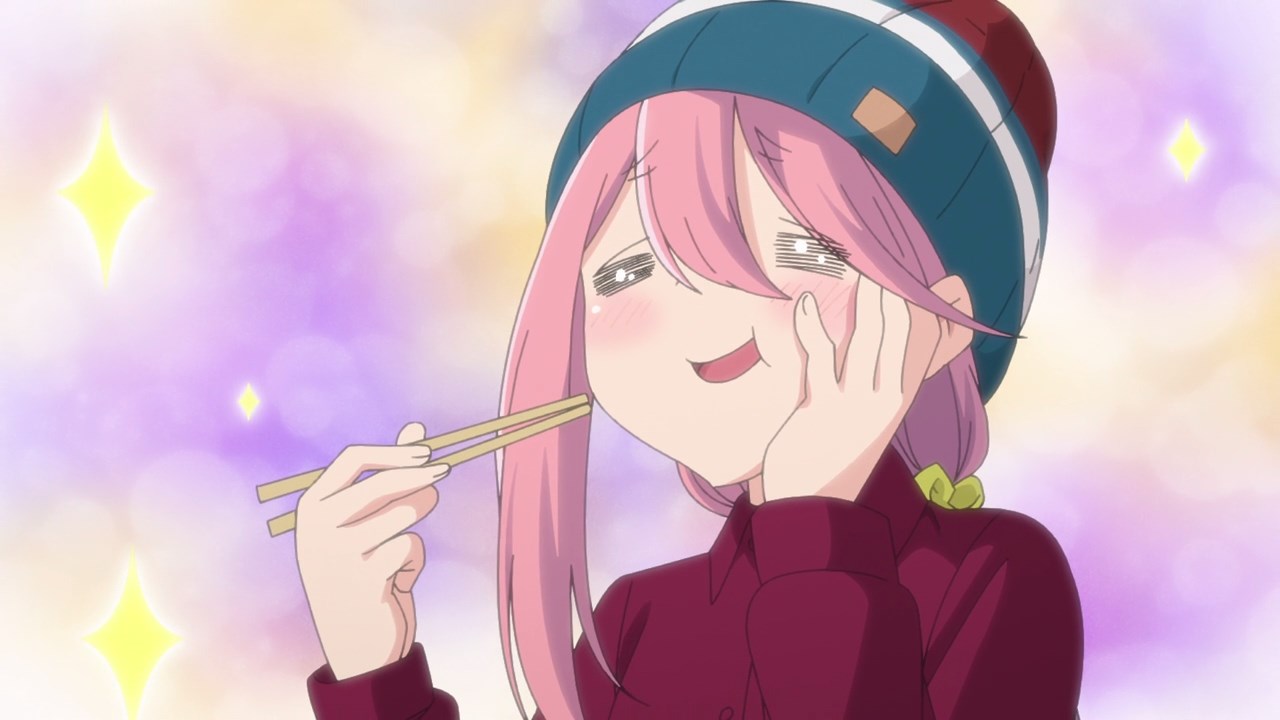 And as you can see, Nadeshiko is very happy to eat shigure-yaki as it’s actually delicious. Glad that she came to Fujinomiya on her own.

Of course, her solo camping trip is not yet over ’cause on the next episode, Nadeshiko Kagamihara will set up camp at Fujikawa Healthy Greenspace Campsite.