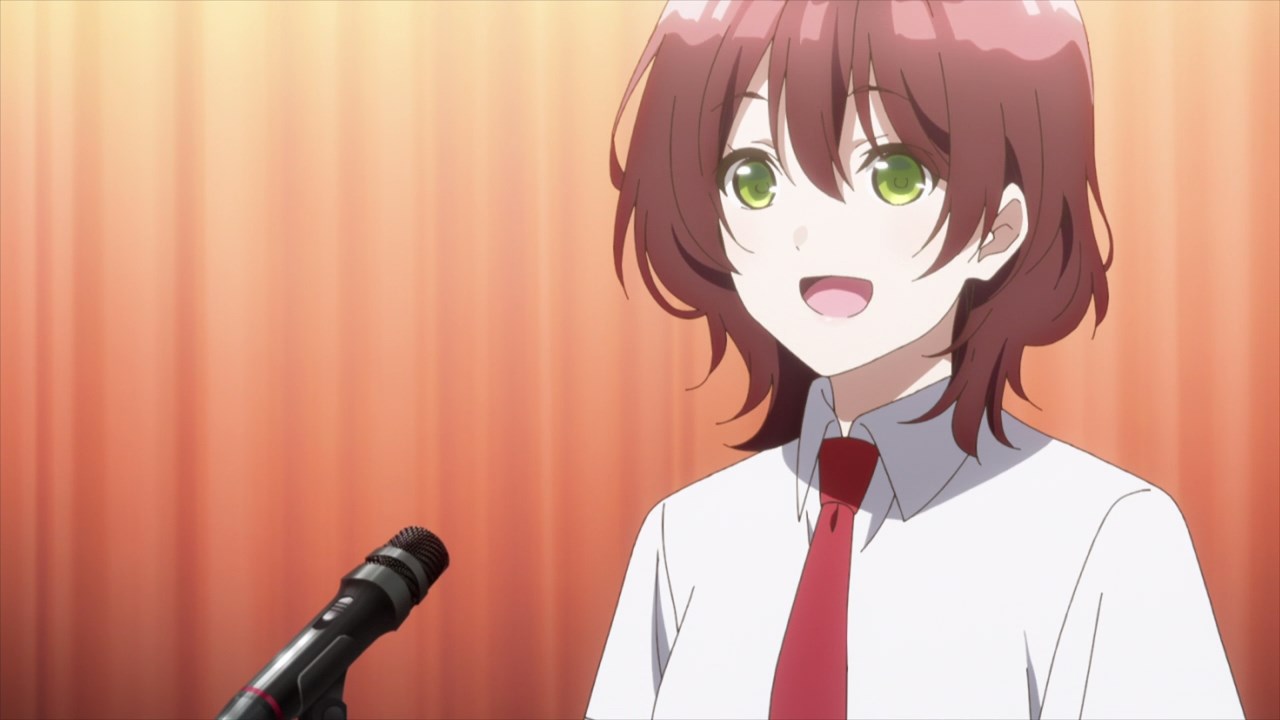 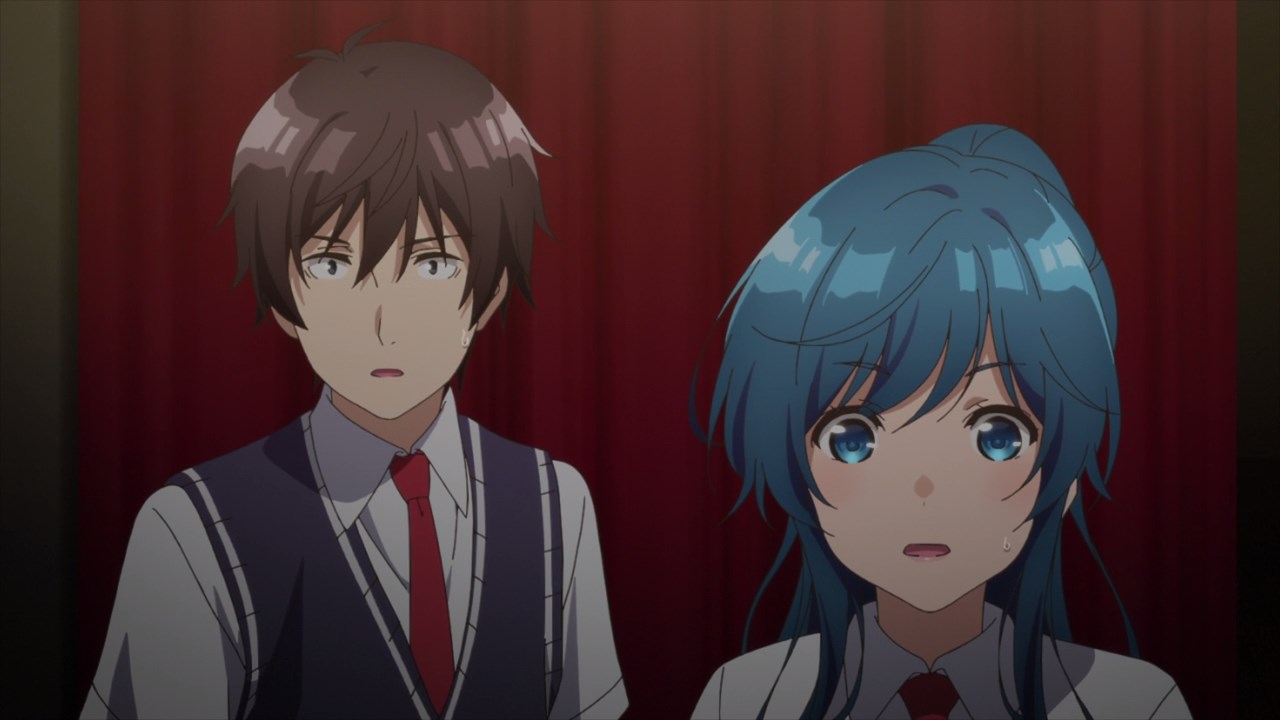 And speaking of Hinami, she vow to install air conditioners on all classrooms, as well as having pumps to various sports clubs. Very tempting proposition from Aoi-chan but the thing is that Minami Nanami thought about those plans as well.

Come to think of it, Aoi Hinami spied on Minami Nanami back in the previous episode but seriously, she cheats her way to victory! 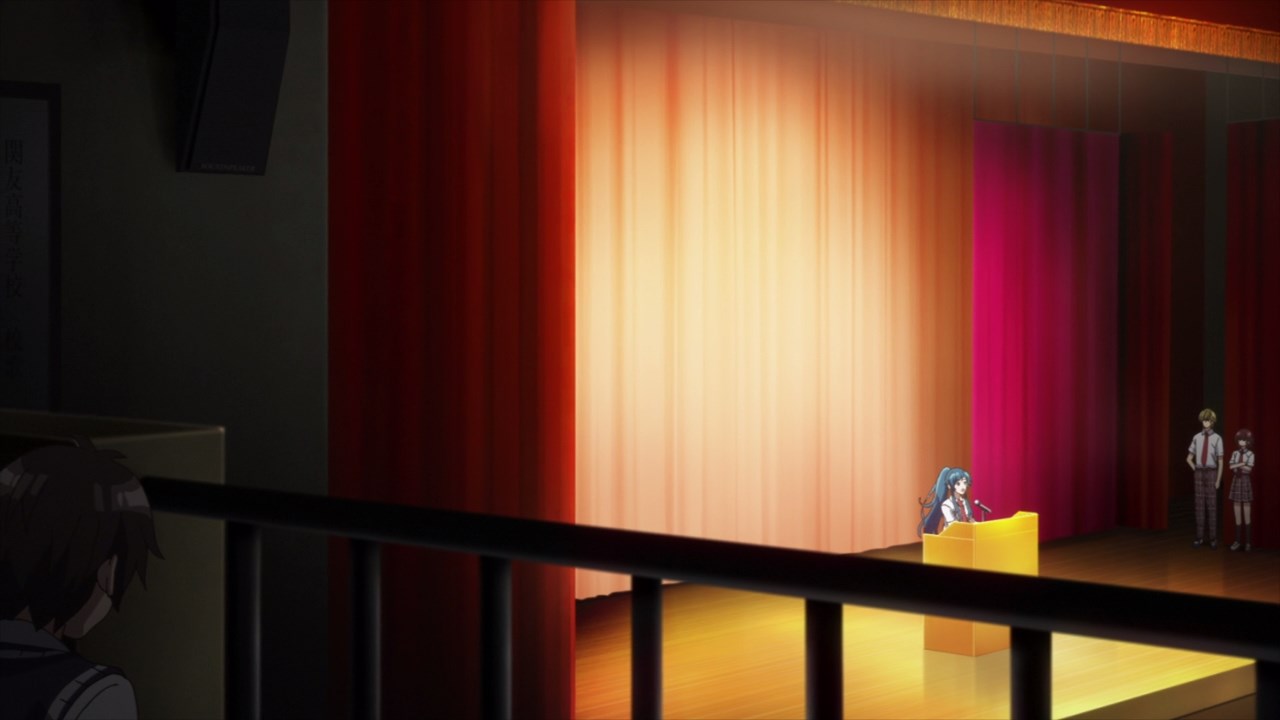 Now then, it’s time for Minami Nanami’s turn to convince everyone to vote for her. Of course, she has a tough battle against Aoi Hinami that Fumiya Tomozaki needs to do something to help Mimimi. 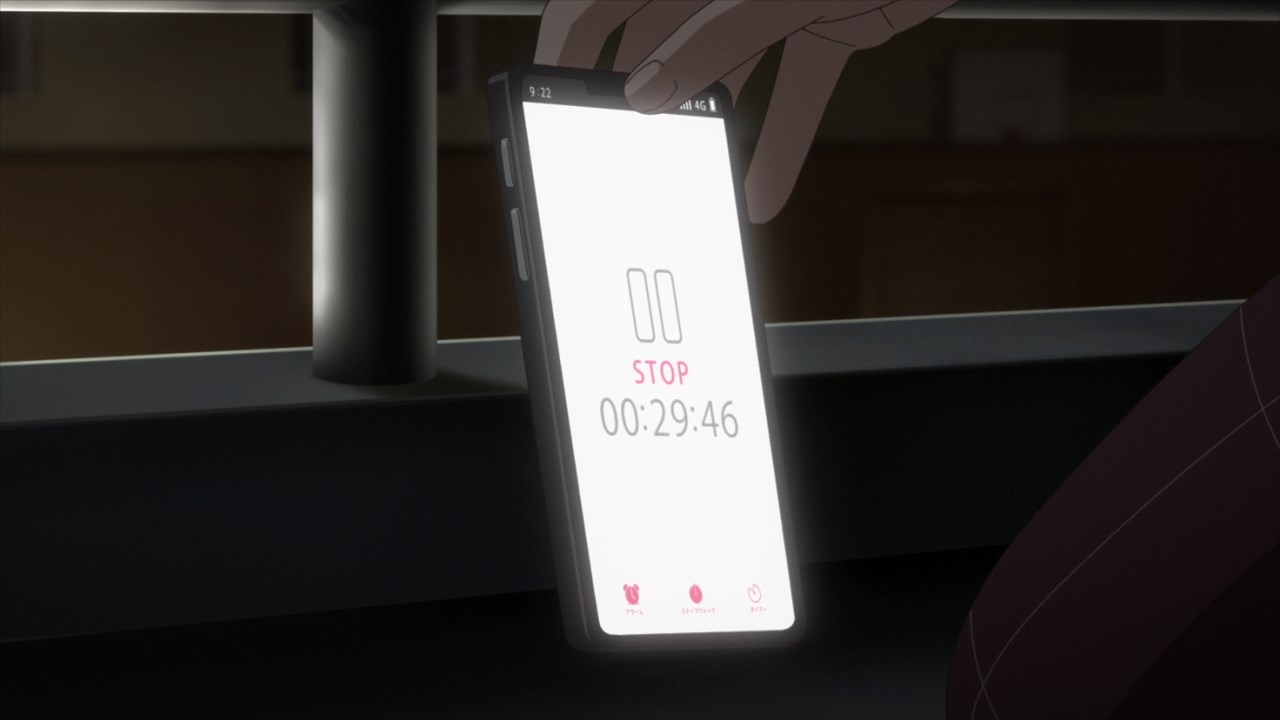 So, he pulled his cellphone and… played an audio file? Okay Tomozaki-kun, what are you really planning to do on this student council election? 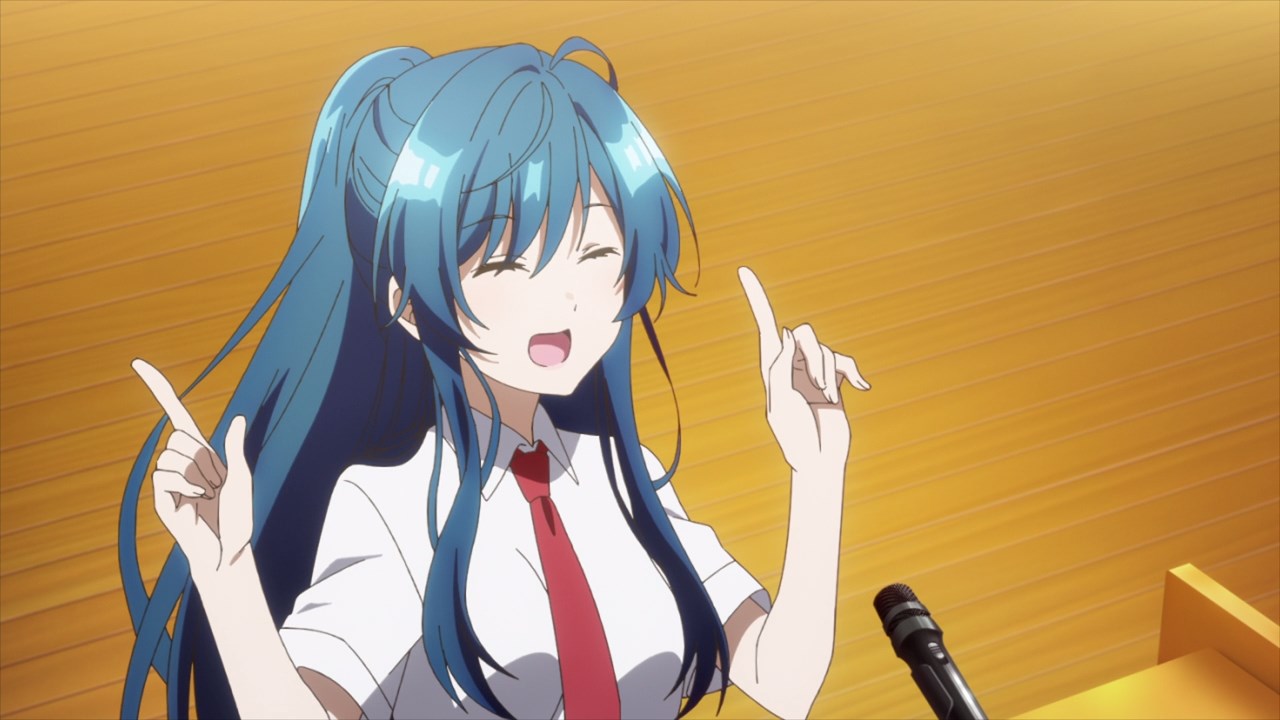 Turns out that Tomozaki-kun used his cellphone to act as an AI assistant named Navi. Well, it’s actually scripted though but Fumiya doesn’t mind that as long as he can help Mimimi.

Speaking of Minami Nanami, she’s doing fine in her speech thanks to Fumiya’s “scripted” AI assistant. But that’s the end of their campaign as it’s time for the students at Sekimoto High School to cast their votes. 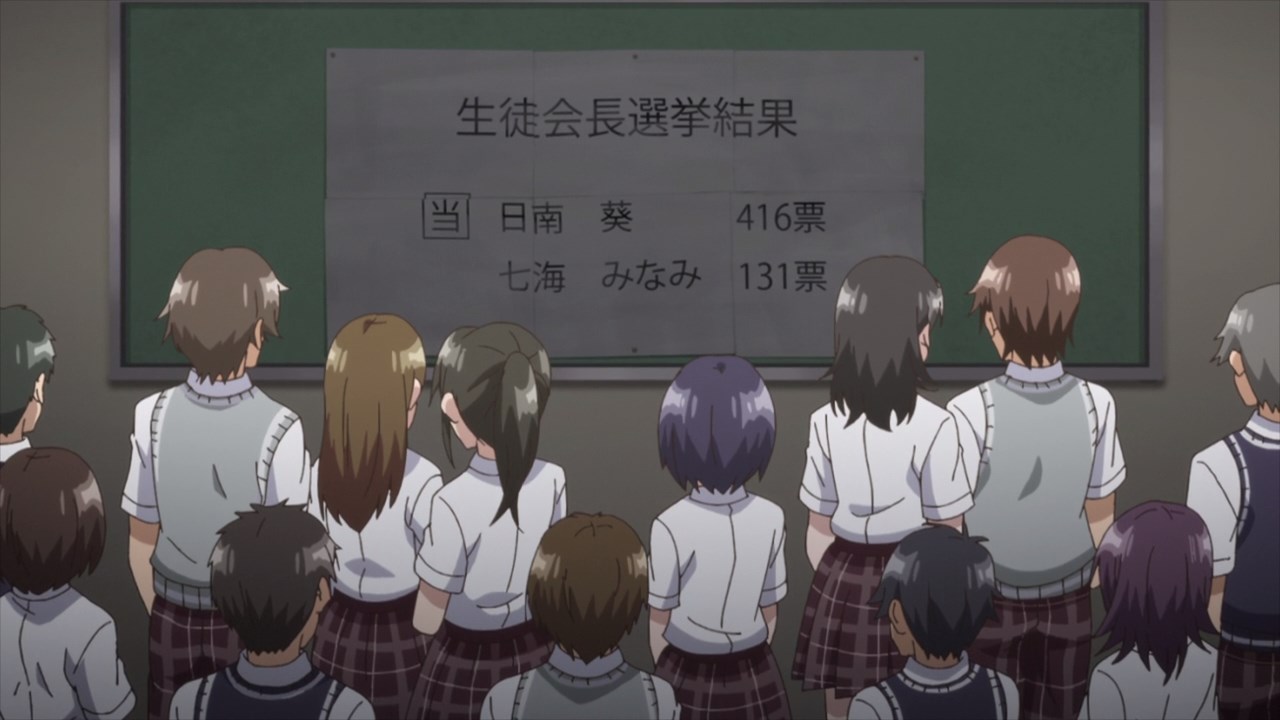 And the result is pretty much lopsided as Aoi Hinami won with 416 votes over Minami Nanami with 131 votes. Yeah, it’s scummy for Hinami to steal ideas from both Nanami and Tomozaki, but that’s how it goes. 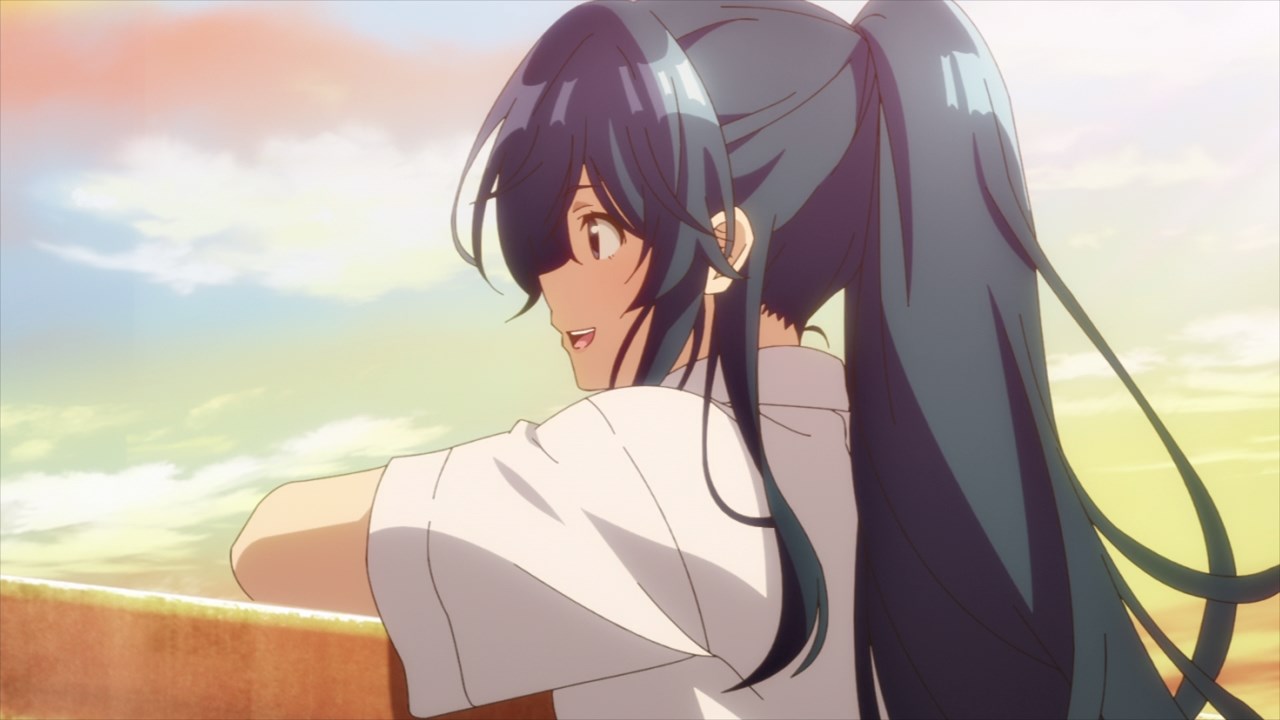 Of course, Mimimi will continue to compete against Hinami at everything until she becomes the No. 1 student at Sekimoto High School. Well, good luck to her. 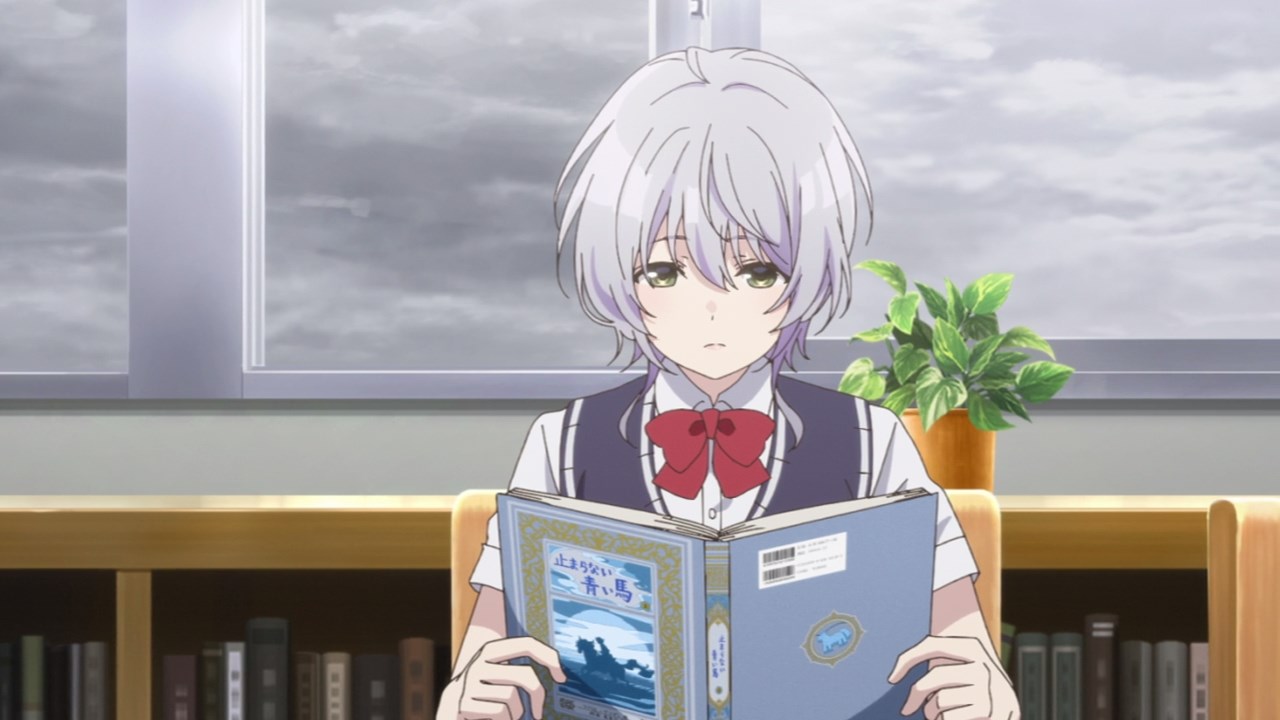 Now then, it’s time for Fumiya Tomozaki to score a date towards Fuuka Kikuchi. Oh yeah, he’s starting to read Michael Andi’s novels since Kikuchi is a big fan of that author. 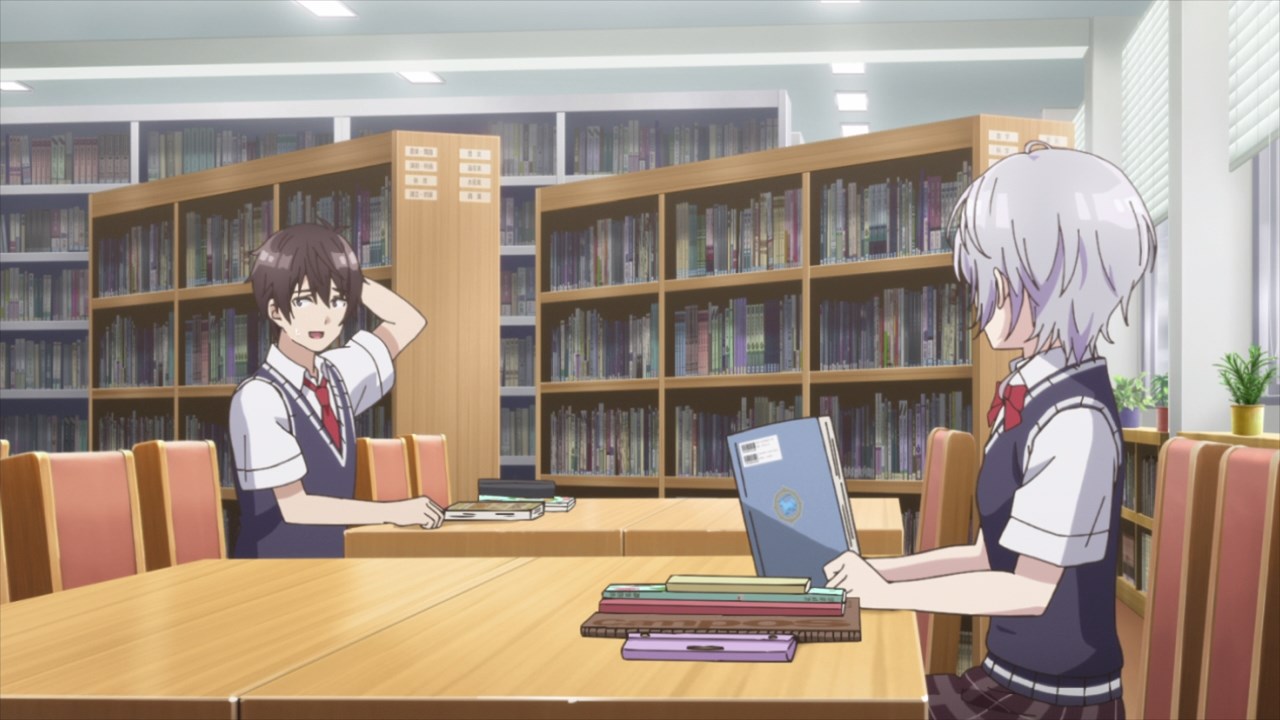 Anyways, Tomozaki-kun tries to invite Kikuchi at the movie theater as he told Fuuka that one of Michael Andi’s works got a film adaptation.

Fortunately, Kikuchi accepted his invitation, which is a big step for Tomozaki-kun as he’s gonna have a girlfriend soon enough. 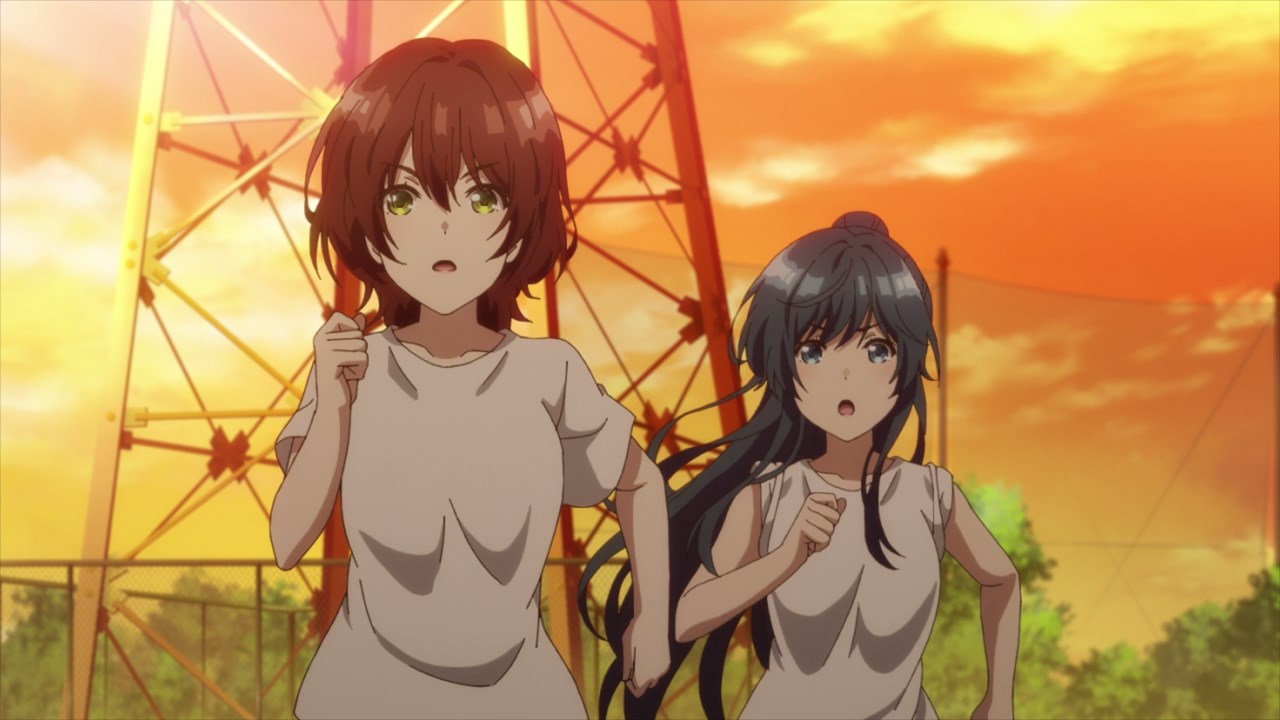 One last thing, here’s Minami Nanami where she continues to chase Aoi Hinami until Mimimi surpasses her. Then again, I fear that she might overexert herself. 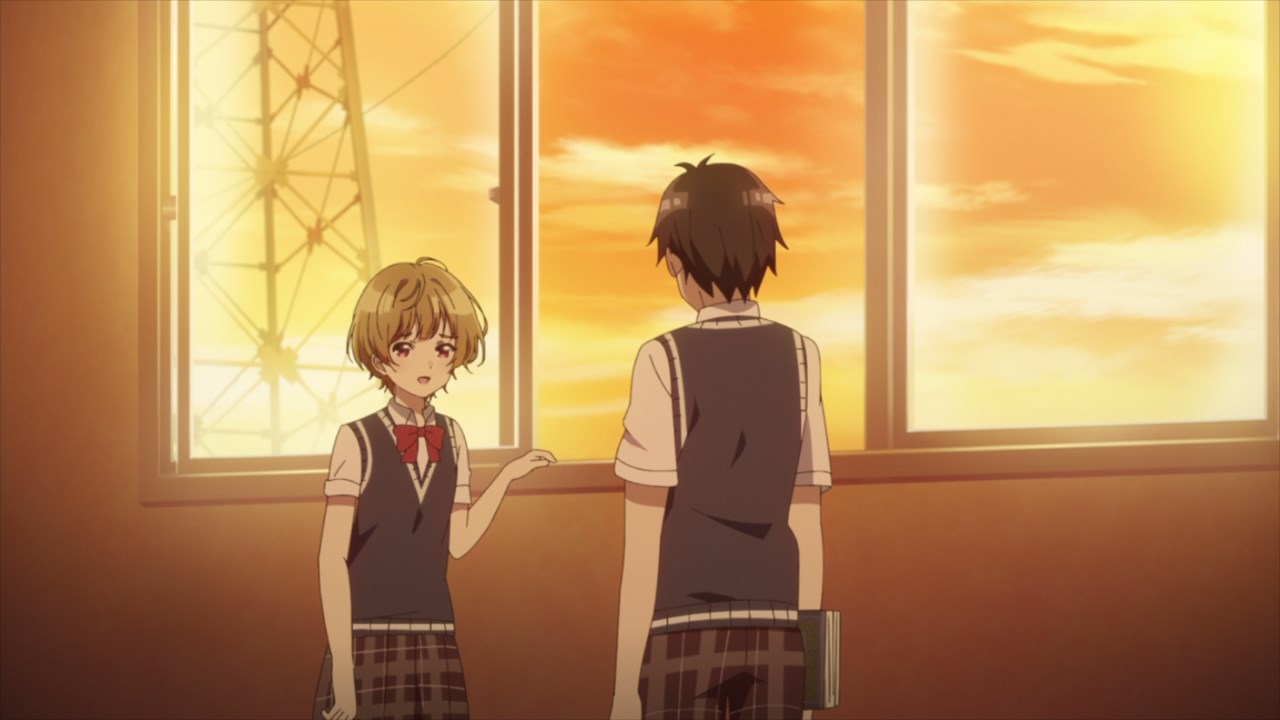 Even Yumiko Yamashita is worried that her obsession to surpass the most popular student might put herself into danger. C’mon, Mimimi can’t strain her body even further ’cause she has limits.

But that’s about it for this episode and while Minami needs to take a break sometimes, I’m looking forward for Fumiya Tomozaki’s date with Fuuka Kikuchi.