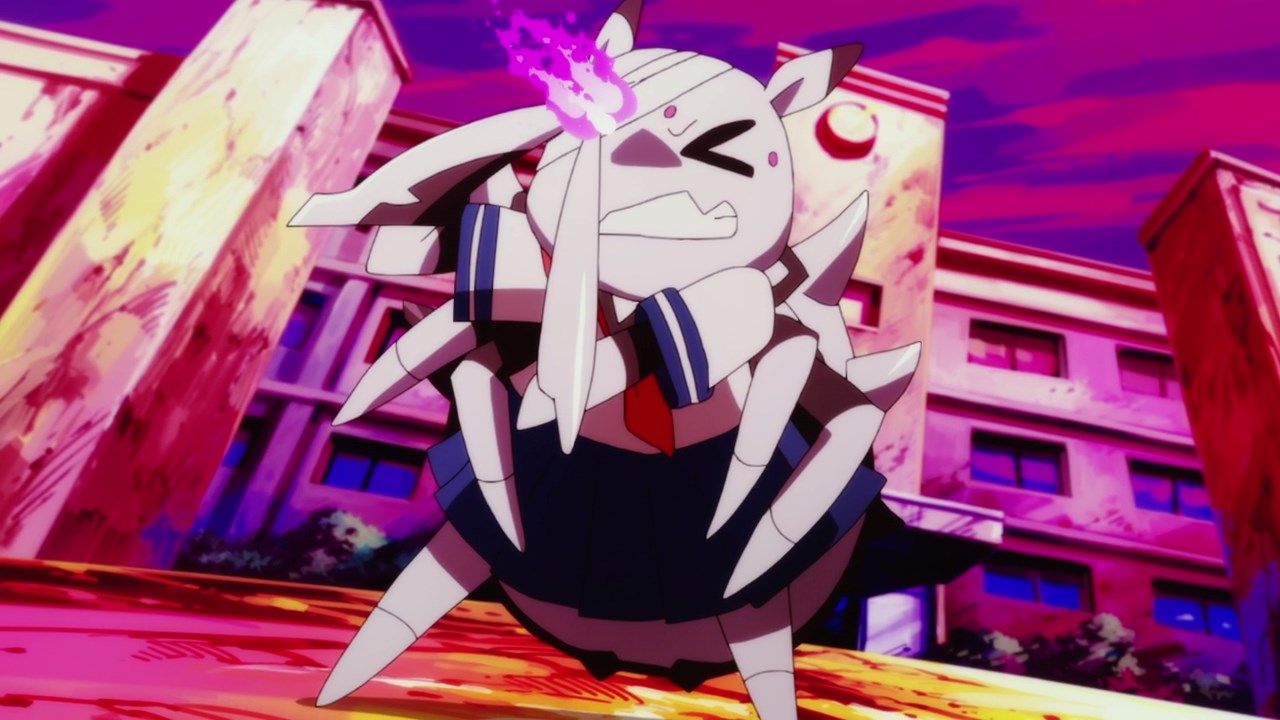 Let’s start with Ms. Spider where she’s having her chuunibyou phase in another world. But seriously though, is her right eye really burning with evil energy? 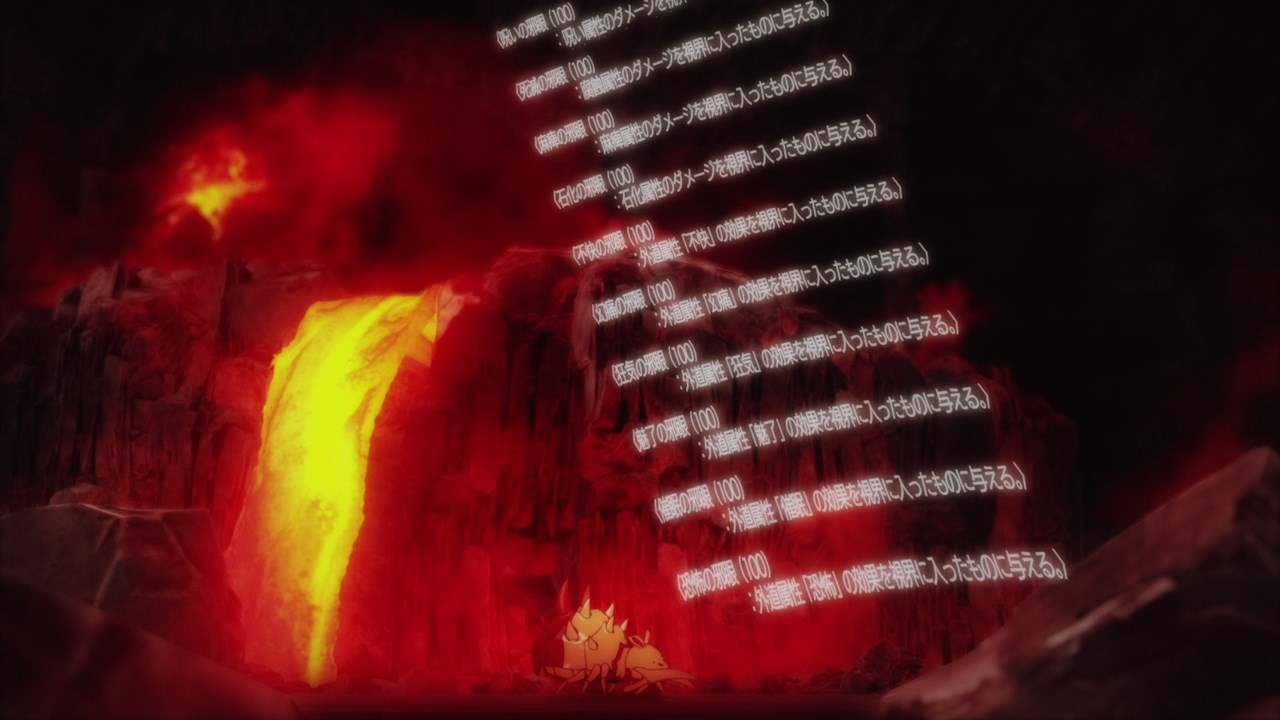 Turns out that Ms. Spider gained another skill where she can use her eyes. Unfortunately, Ms. Spider can only pick one evil eye skill. 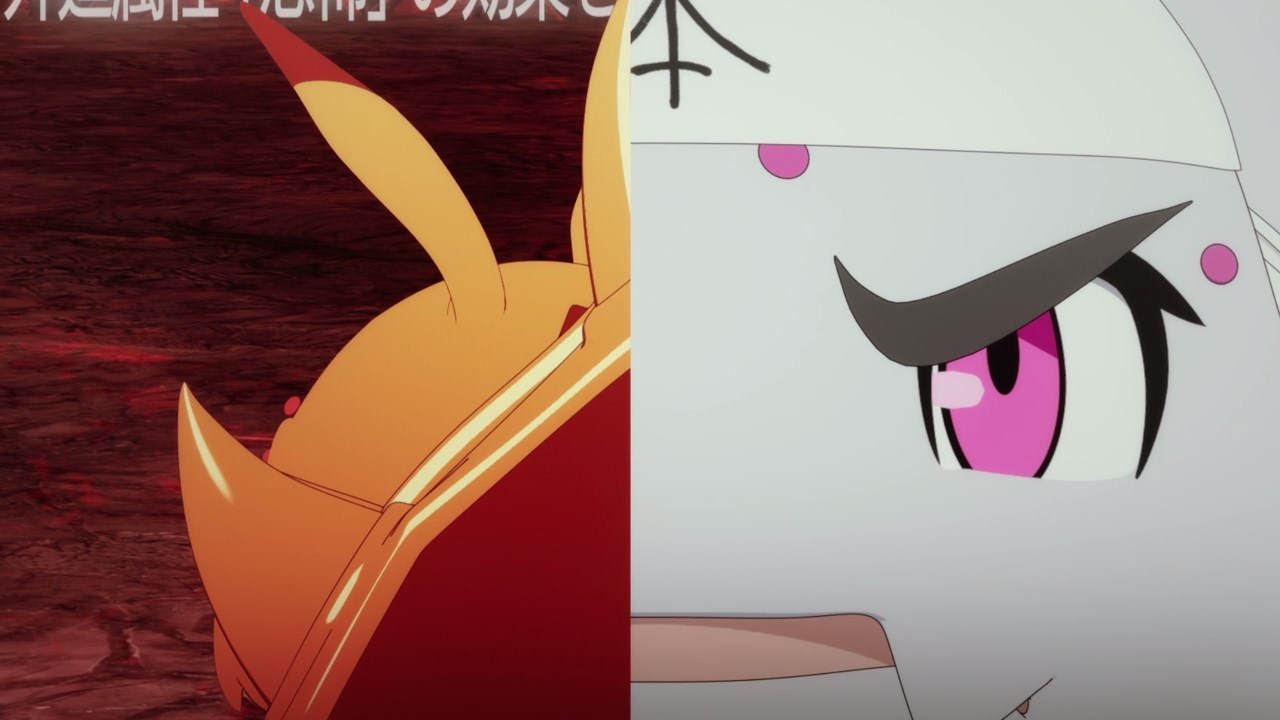 That’s until Ms. Spider’s other self told her to pick all of them since she has more than 2 eyes to work with.

What a nice idea there, although Ms. Spider can accommodate one skill for the time being. But once she got all evil eye skills, Ms. Spider can use it all at once which is very scary. 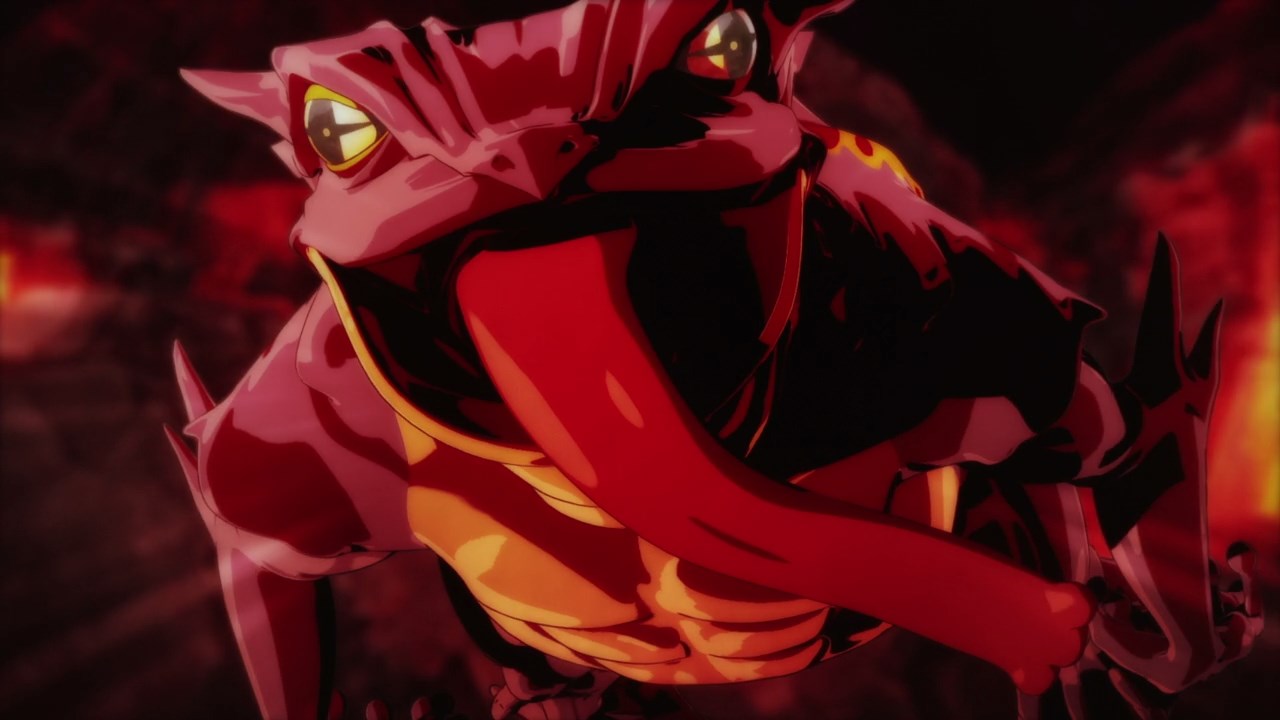 Now then, it’s time for Ms. Spider to test her evil eye skill on this Elroe Geafrog. Will her new skill defeat this monster? 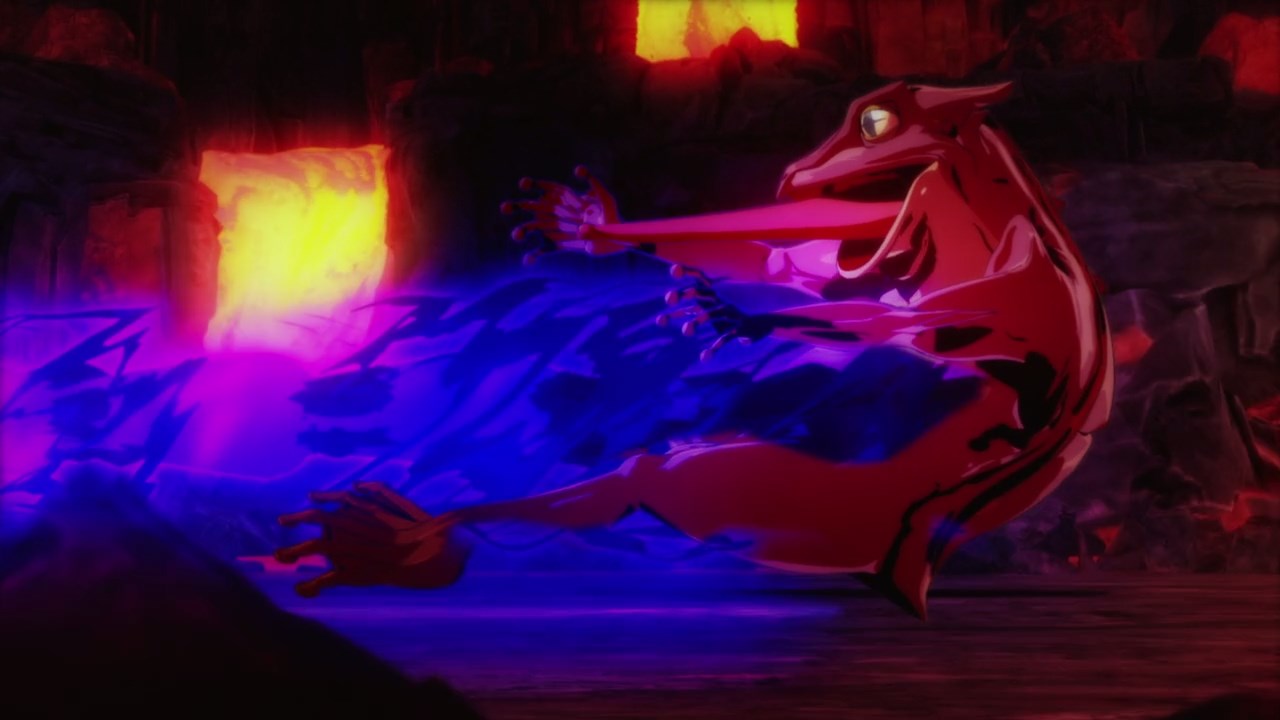 Well, turns out that the Elroe Geafrog got cursed by Ms. Spider’s evil eye to the point that this monster just died after a few seconds. Man, I can’t wait for Ms. Spider to gain all evil eye skills. 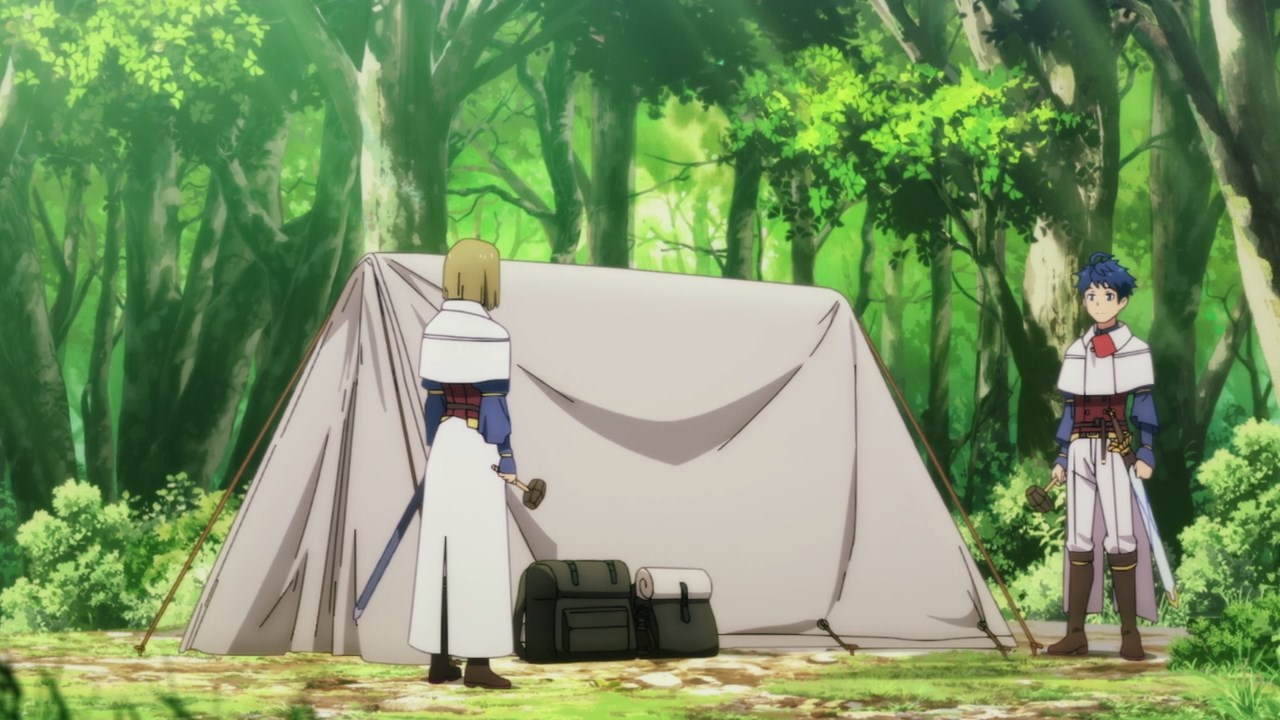 Moving onto the next scene where Schlain Zagan Analeit and his classmates are camping at the forest in order to fight monsters. C’mon, they need to get stronger in order to defend humanity from the demon lord. 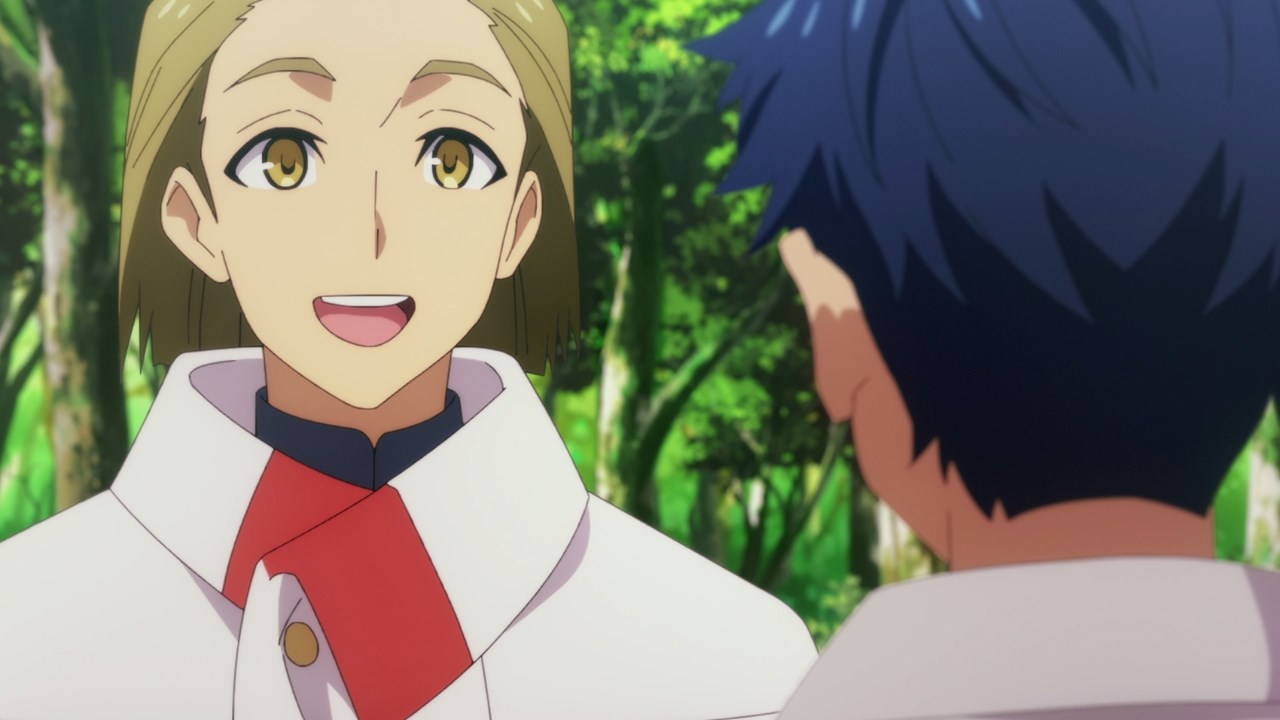 By the way, here’s Parton where he has respect to Schlain for slaying an earth dragon, despite the fact that Feirune is the one who deal the most damage.

Honestly though, I think they should praise Feirune for her bravery aside from Schlain Zagan Analeit. 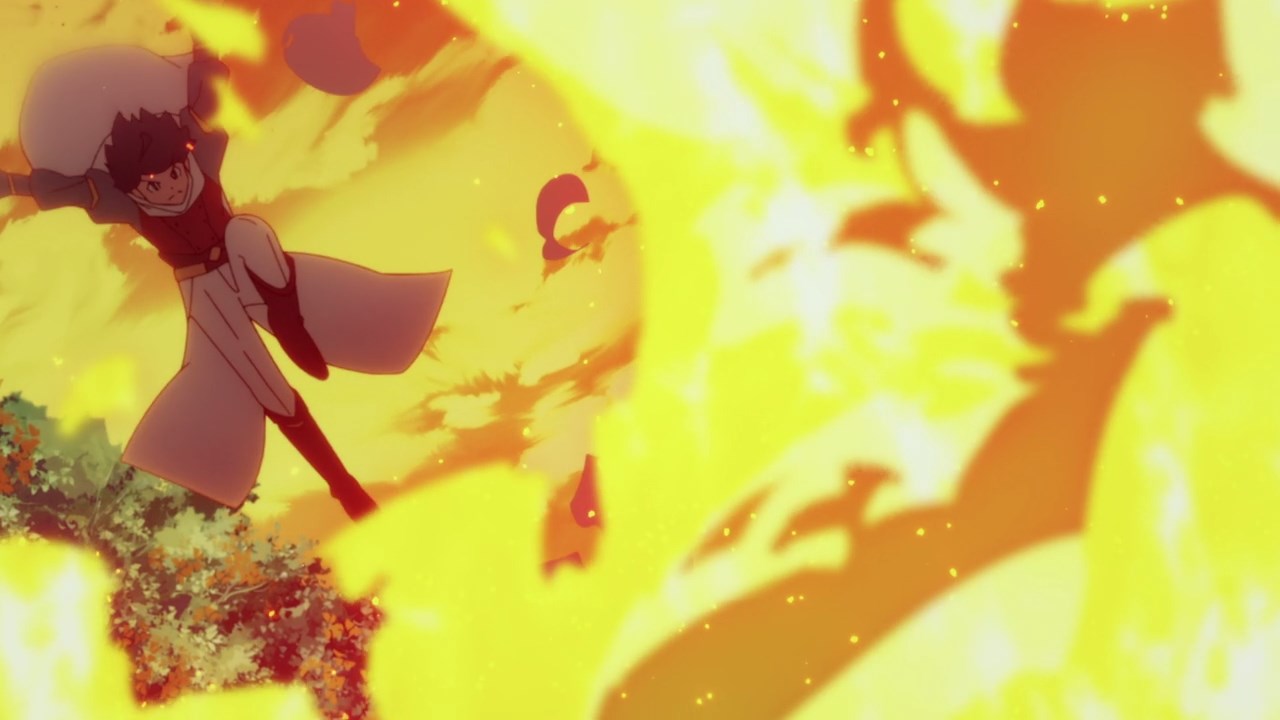 Unfortunately for Schlain, it appears that he got attacked by someone who has some beef against him. 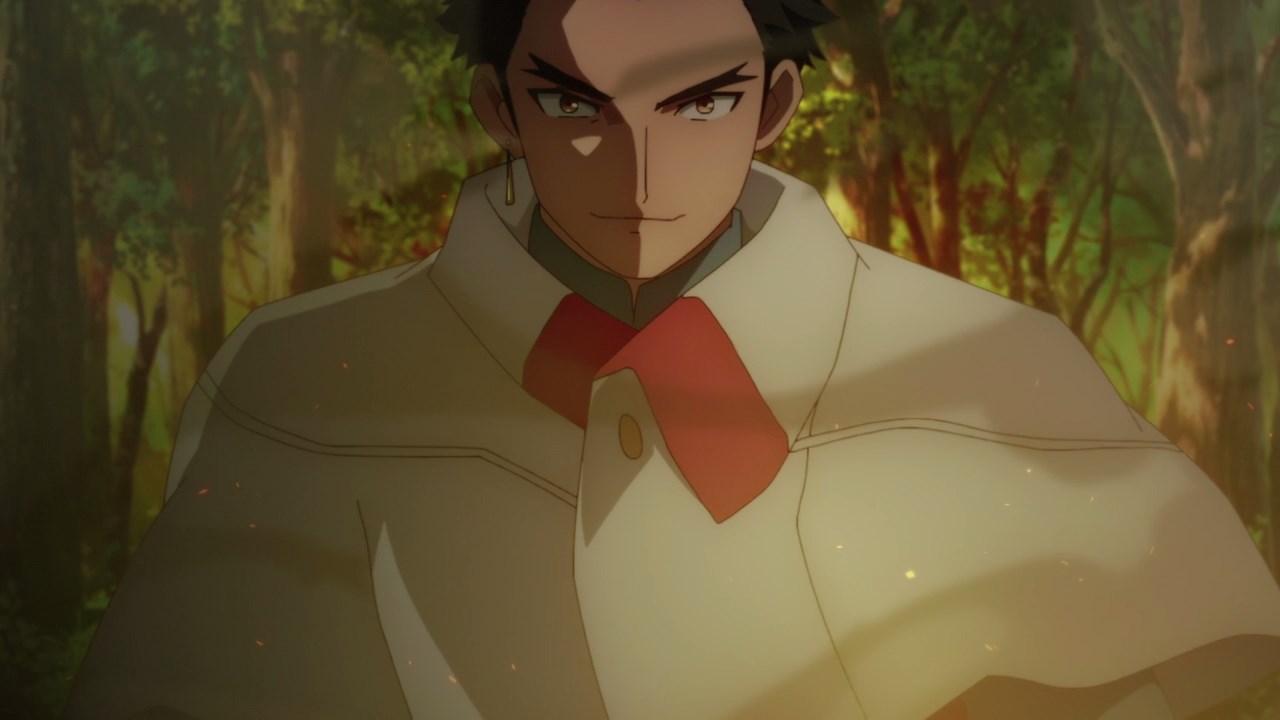 That’s right, it’s Hugo Baint Renxandt where his jealousy has reached its peak to the point that Hugo wants to murder Schlain.

Gee Hugo, you’re salty because you act like some arrogant hotshot, therefore you got wrecked by a dragon! 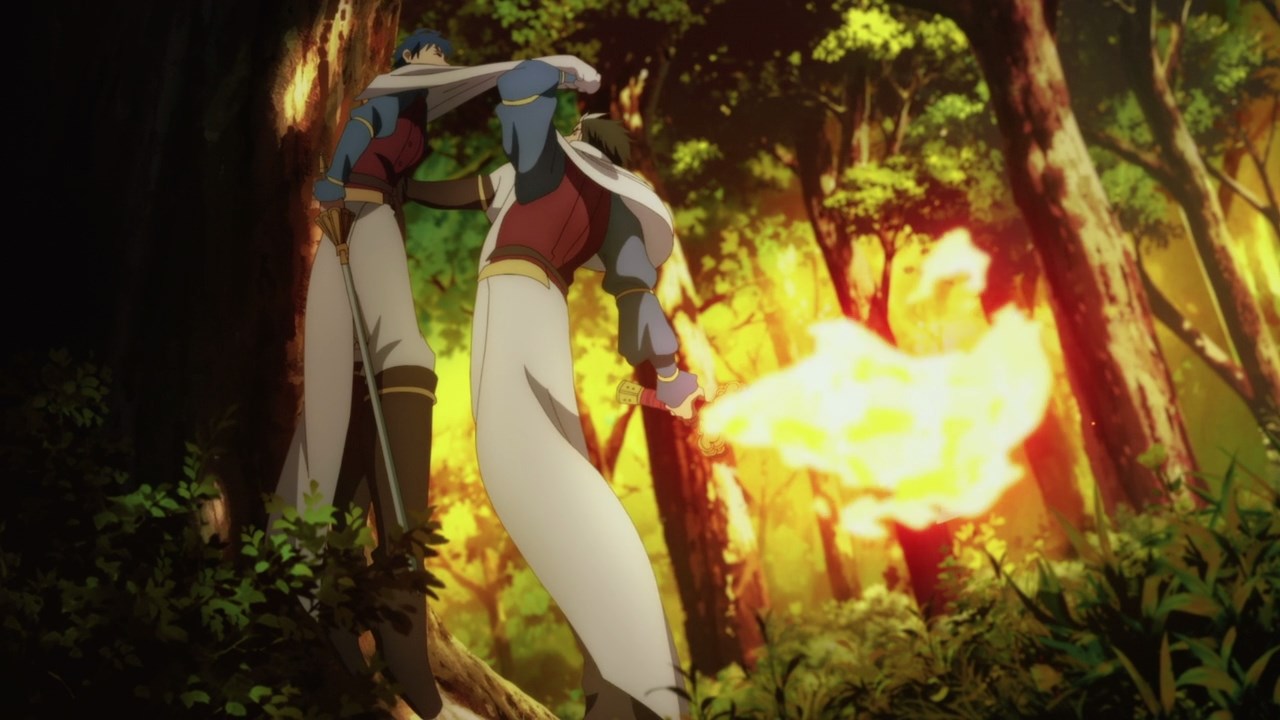 Anyways, Hugo proved that he’s the strongest swordsman as he’s about to kill Schlain. Got to say that his envy pushed Hugo to grind lots of experience points. 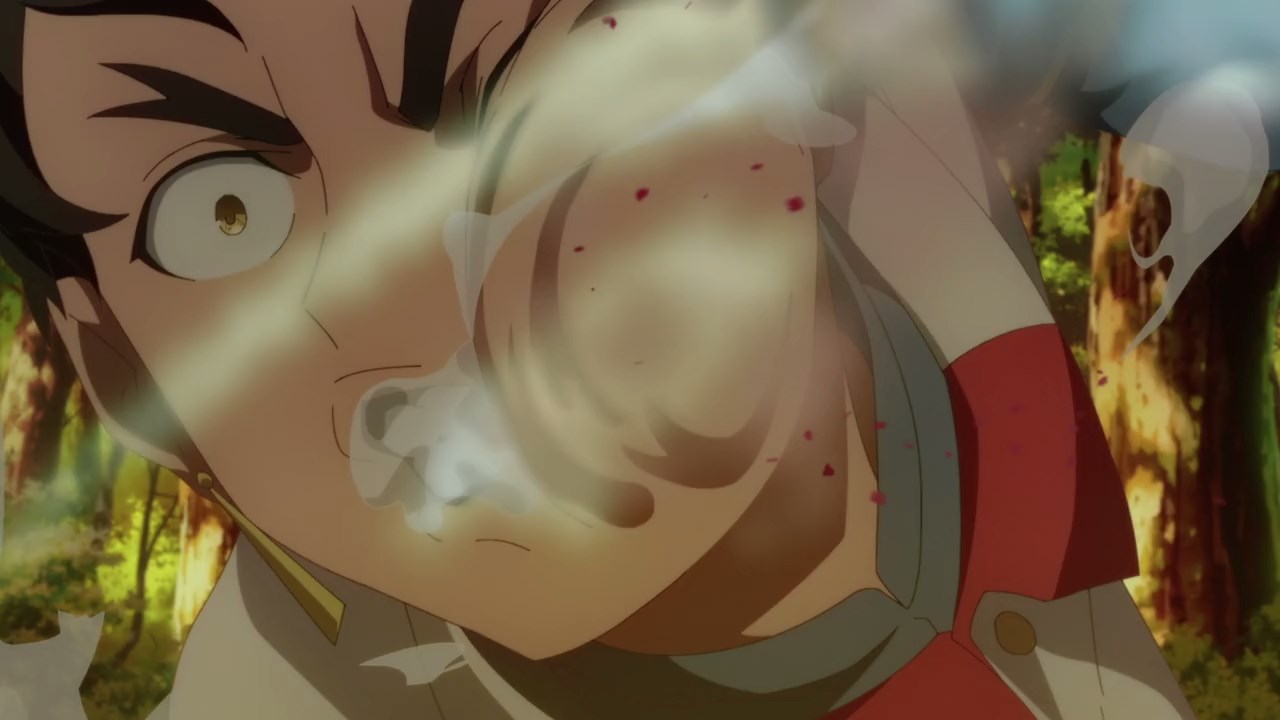 However, it turns out that despite becoming a Level 31 fighter with lots of skills to boot, Hugo got bested by someone. Okay, who blow this arrogant prick away? 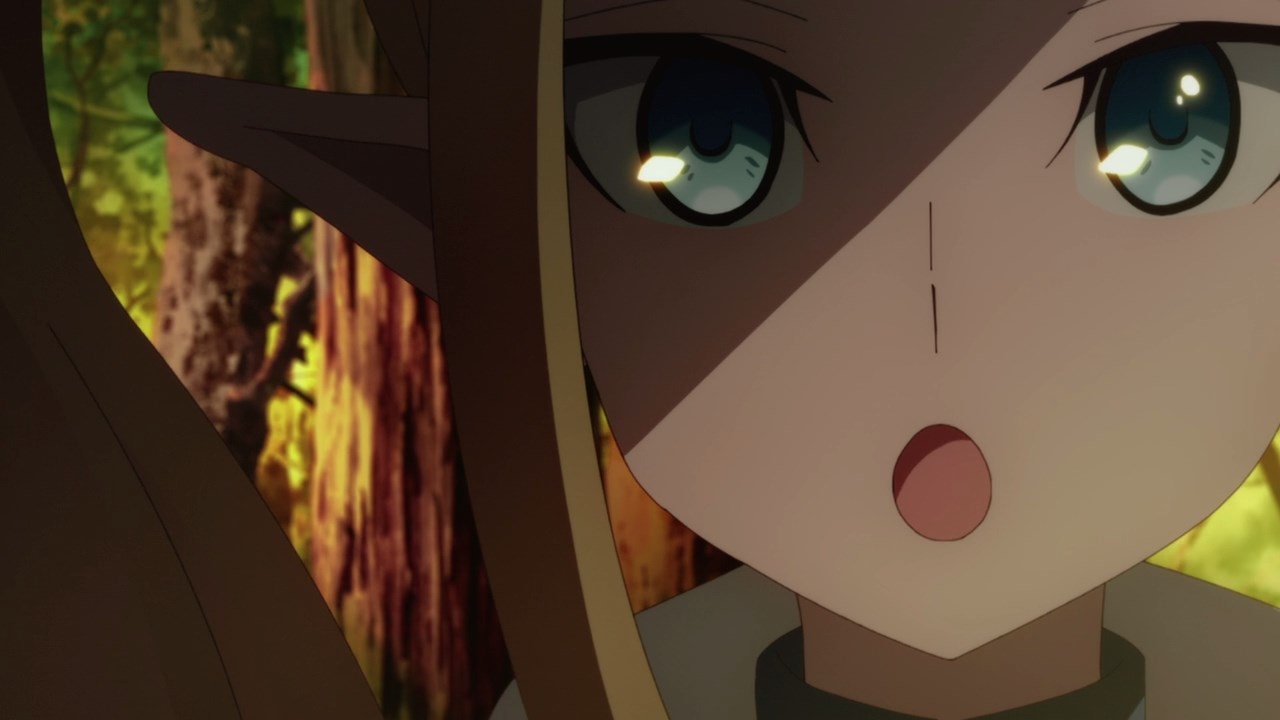 Well it’s none other that Filimos as the elf punished Hugo for attempted murder against Schlain. Despite being an elf, Filimos doesn’t forget about her responsibility as a teacher. 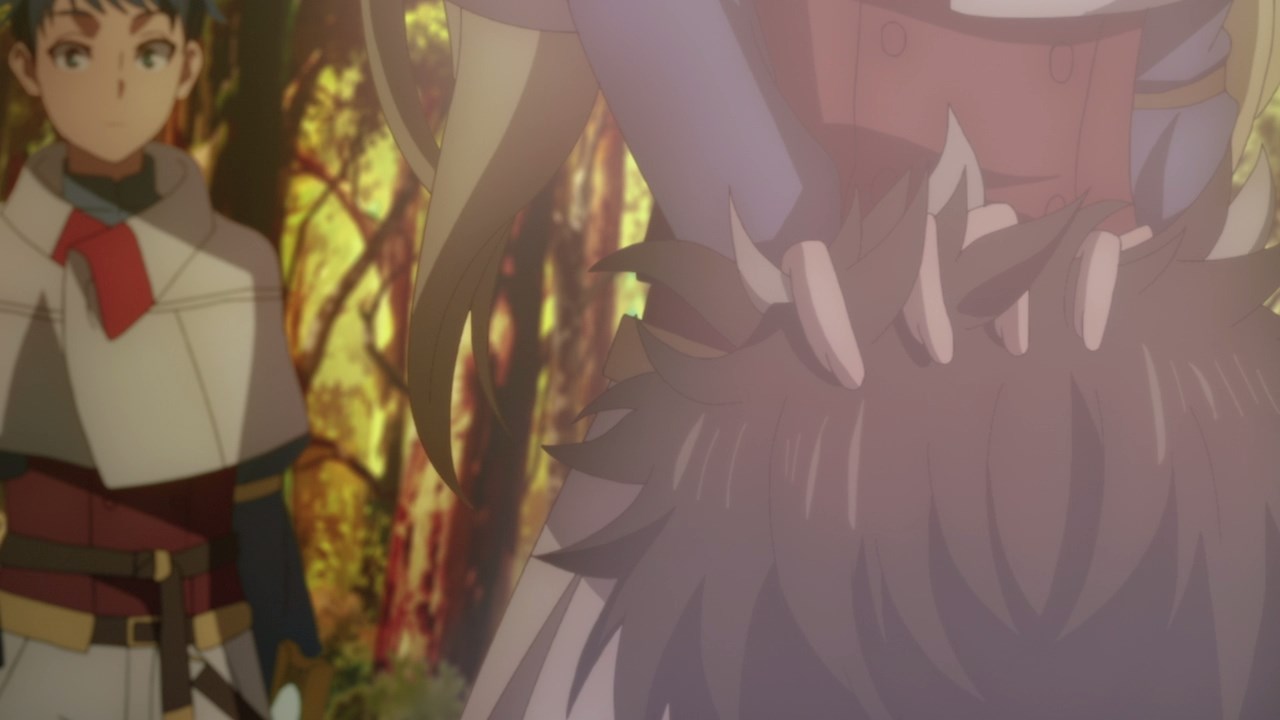 Now then, looks like Filimos is not done yet towards Hugo Baint Renxandt as she’s about to punish him even further. 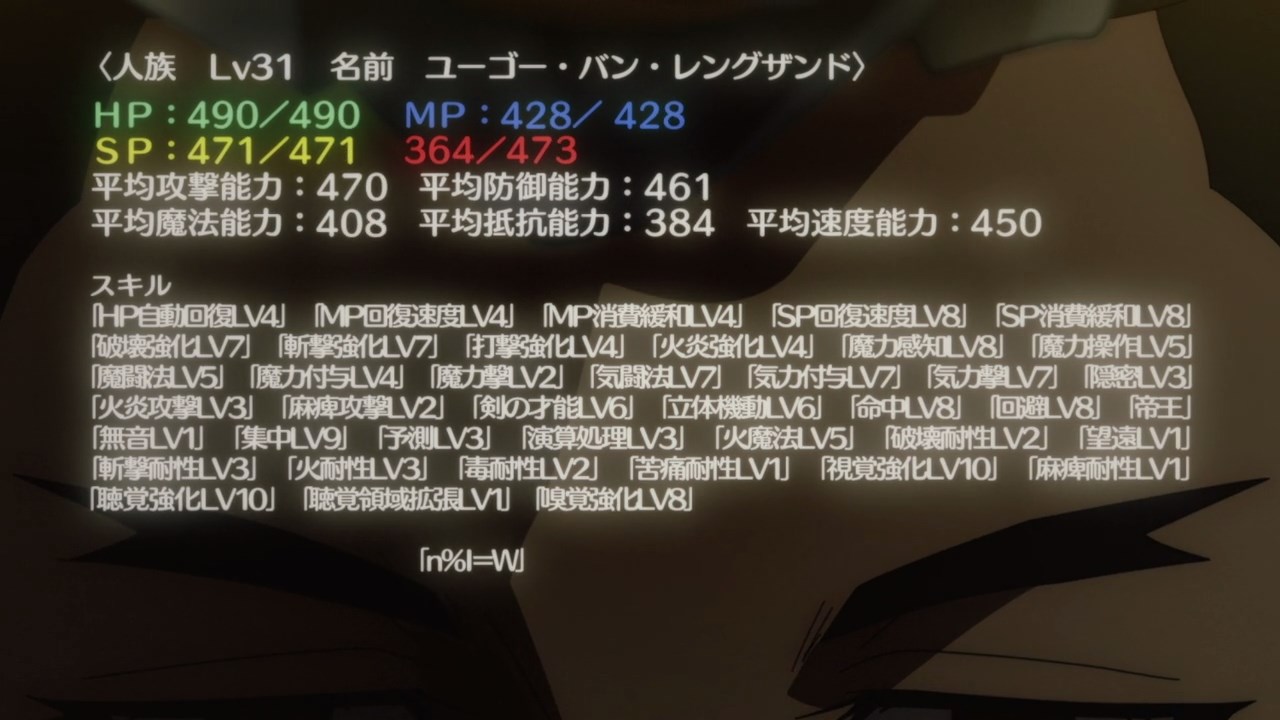 You see, Filimos has privileges to not only reduce someone’s stat, but also remove skills just by touching a person. Gotta say that this hotshot is becoming weaker thanks to Filimos. 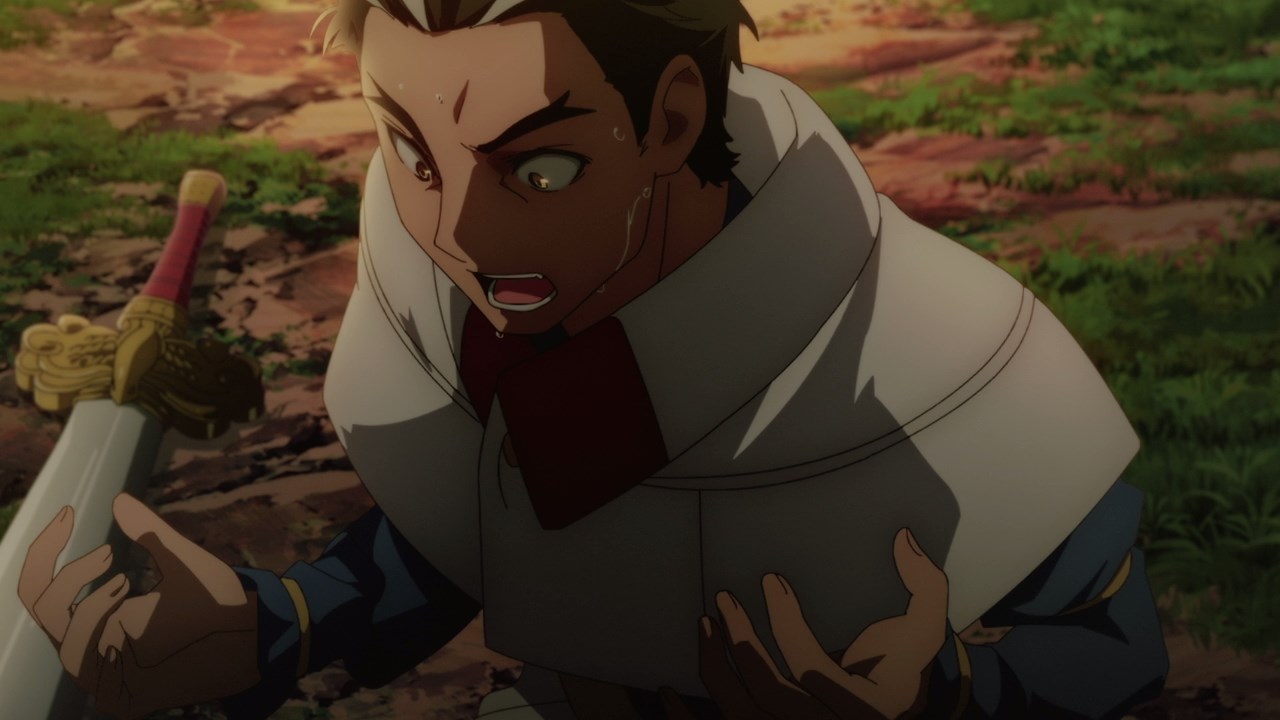 Well then, looks like Hugo Baint Renxandt learned his lesson on not to be an asshole. Then again, the humiliation he received from Filimos has made him more angry.

Speaking of Filimos, I have to say that having an ability to erase skills is very scary as she can make everyone weaker including monsters. Man, I’m worried about Ms. Spider since she has lots of skills. 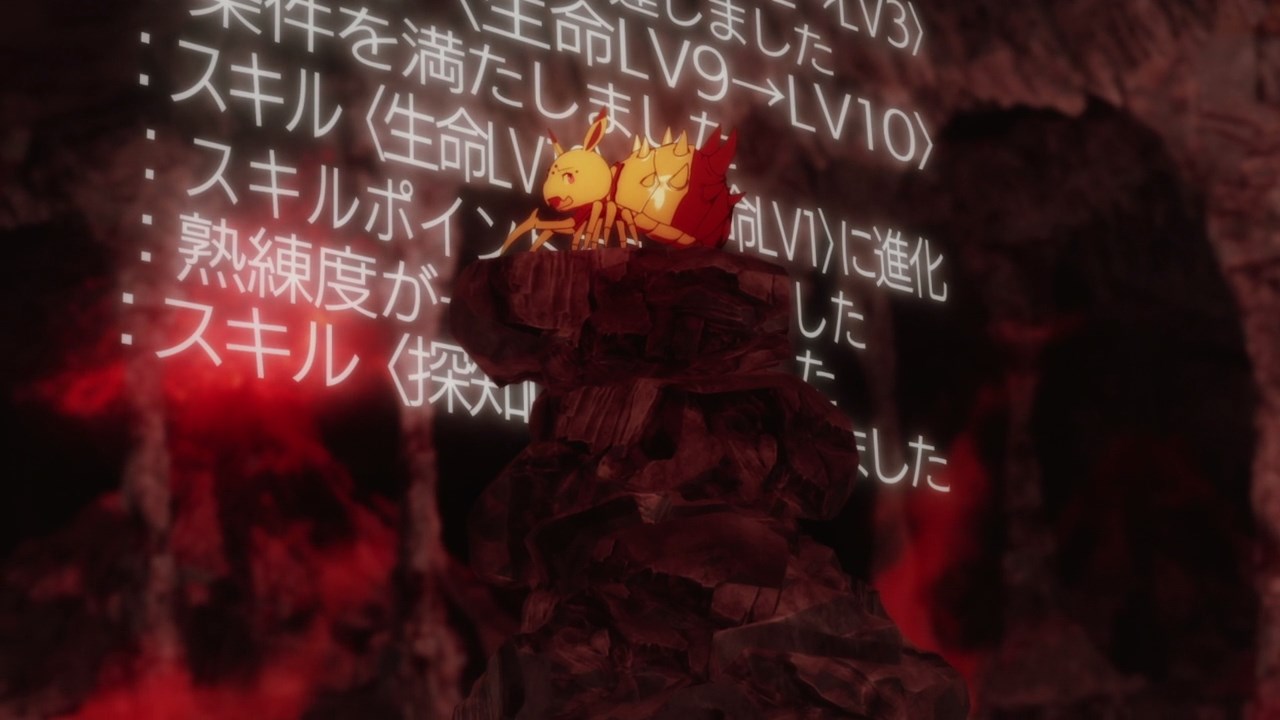 But let’s return to Ms. Spider where she’s still gaining skills like there’s no tomorrow. With so many skills under her belt, I’d say that Ms. Spider is overpowered. 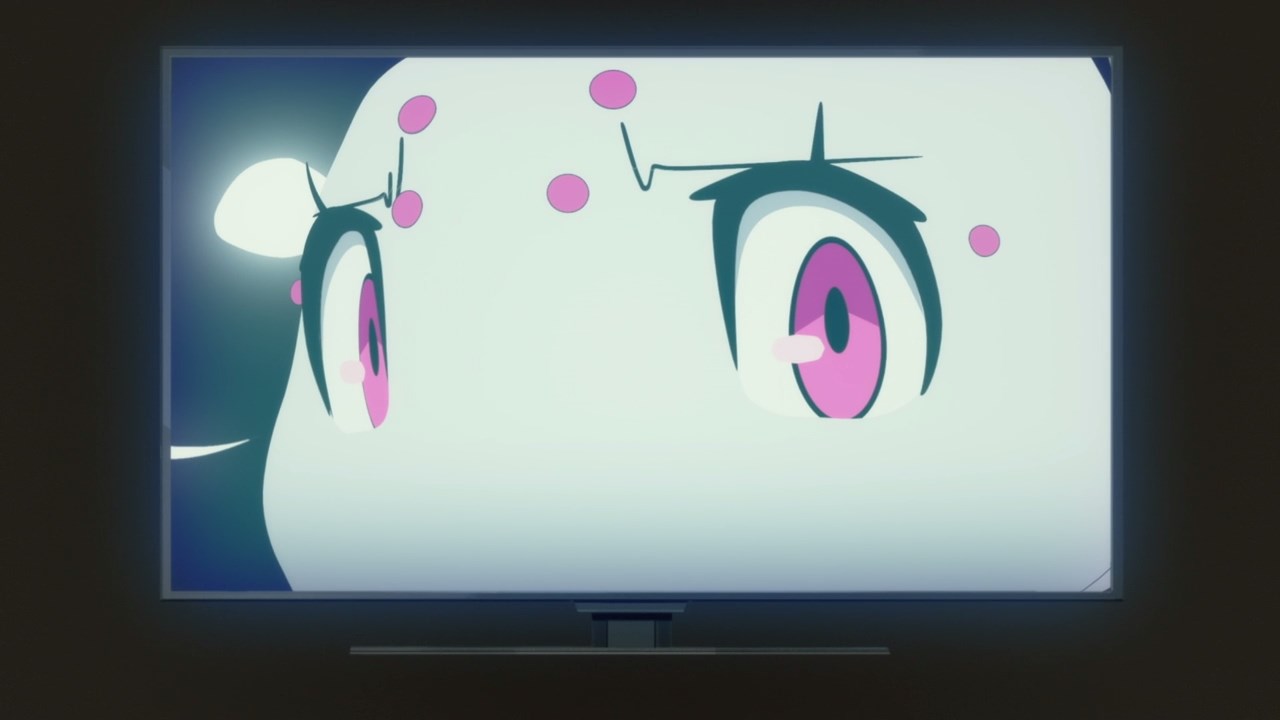 Anyways, I’ll see you next time and while Ms. Spider will continue gaining experience points, Hugo is planning to kill everyone who stands in his way. But speaking of Hugo Baint Renxandt, I heard that he got some help from a reincarnated individual.