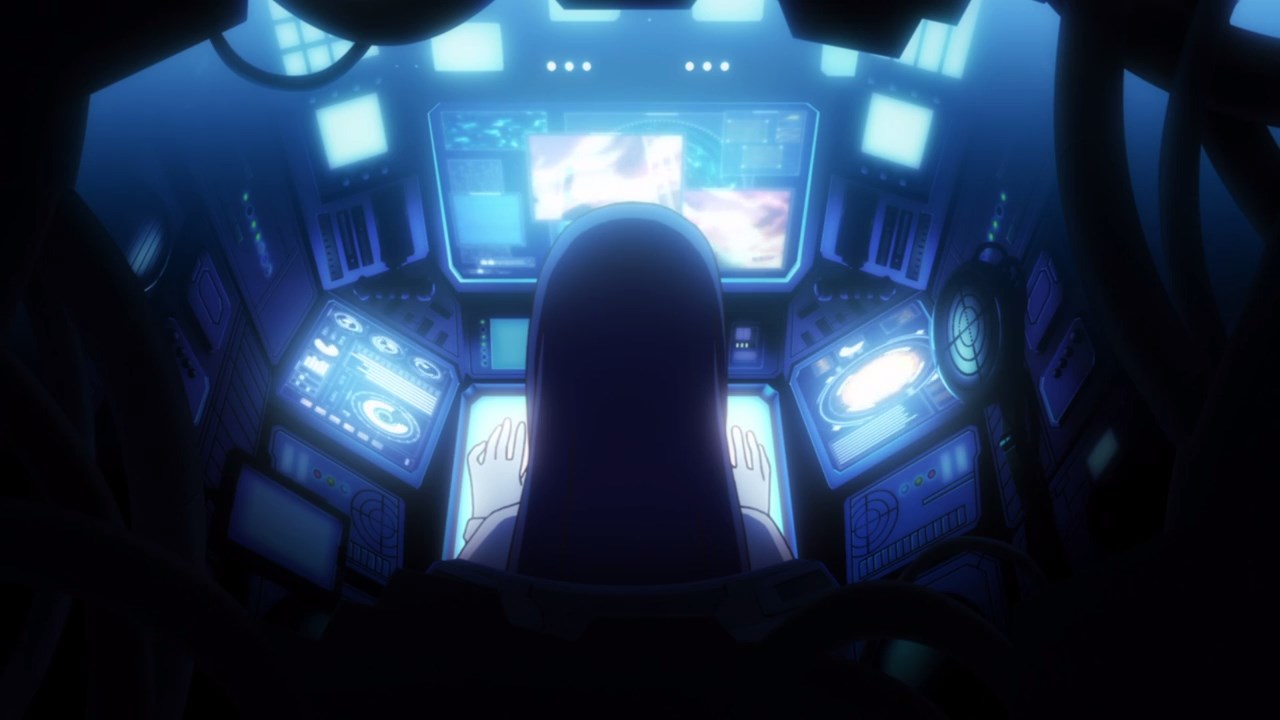 Let’s start with a certain researcher where she saw the most horrifying disaster that hit Japan 5 years ago. 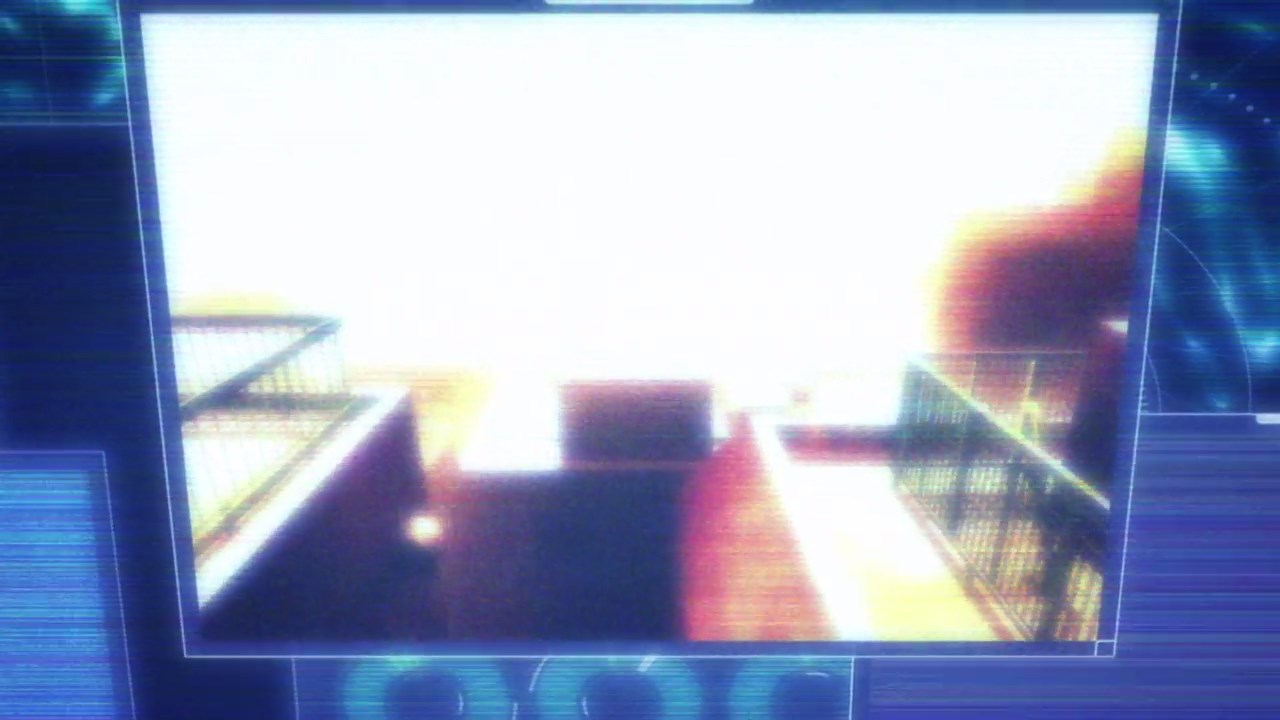 And here’s the thing though as the Global Synchronic Urban Disappearance disaster is actually man-made where an experiment has gone horribly wrong. 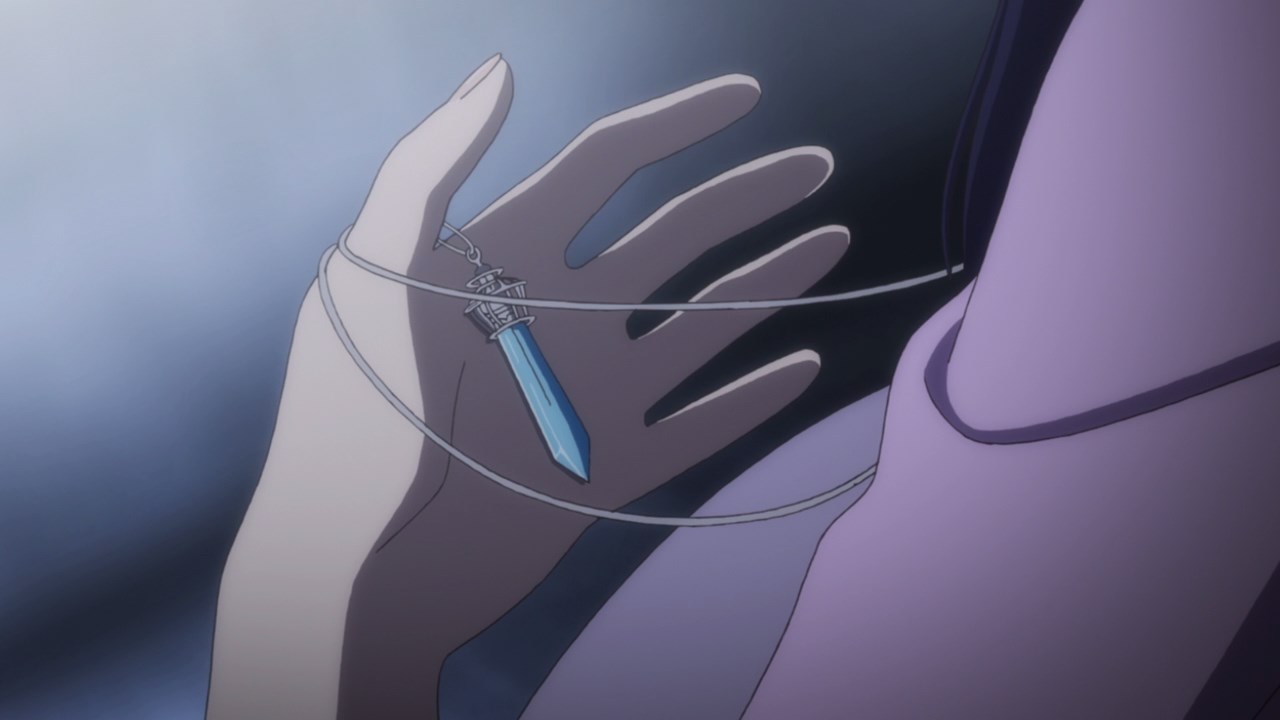 Oh yeah, this certain researcher survived where the only thing she has is this pendant and a broken leg. 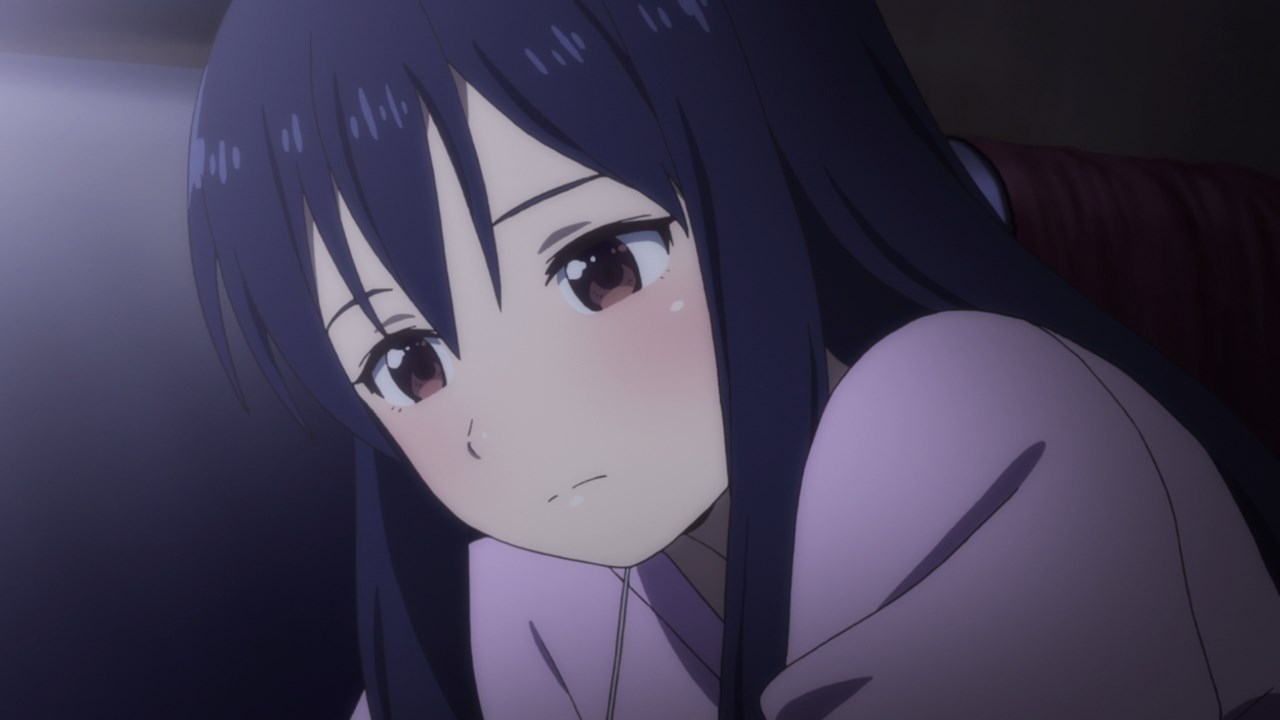 Said researcher happened to be Kaoru Sakakibara where she becomes the stage director of Alice in Theater.

Of course, the troupe is struggle due to Hirokazu Takezaki stealing everything such as the Theatrical Material System and the Act-Doll. Gotta say that Kaoru-san regretted everything upon inviting Hirokazu to her troupe. 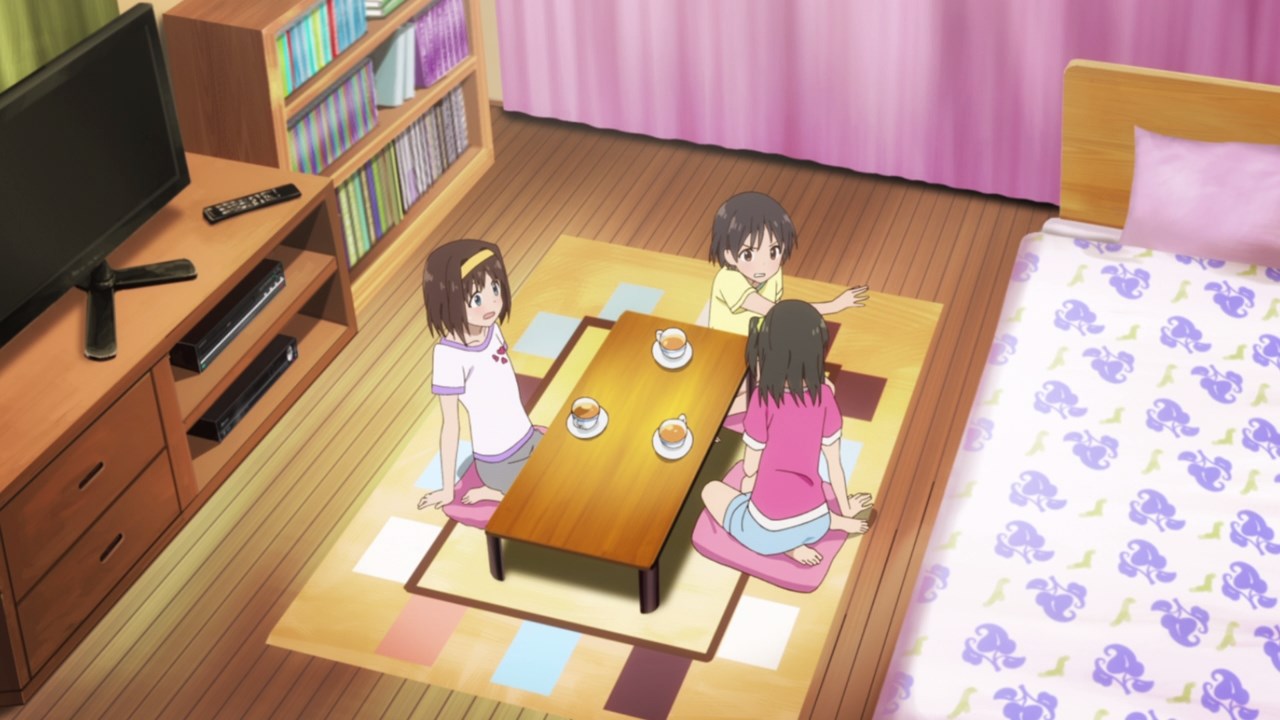 Let’s return to Seria Morino as she witness a fight between Airi Kagami and Izumi Hinazaki. Um Airi, you know that you have Seria as your guest, so please act civil when dealing with Izumi. 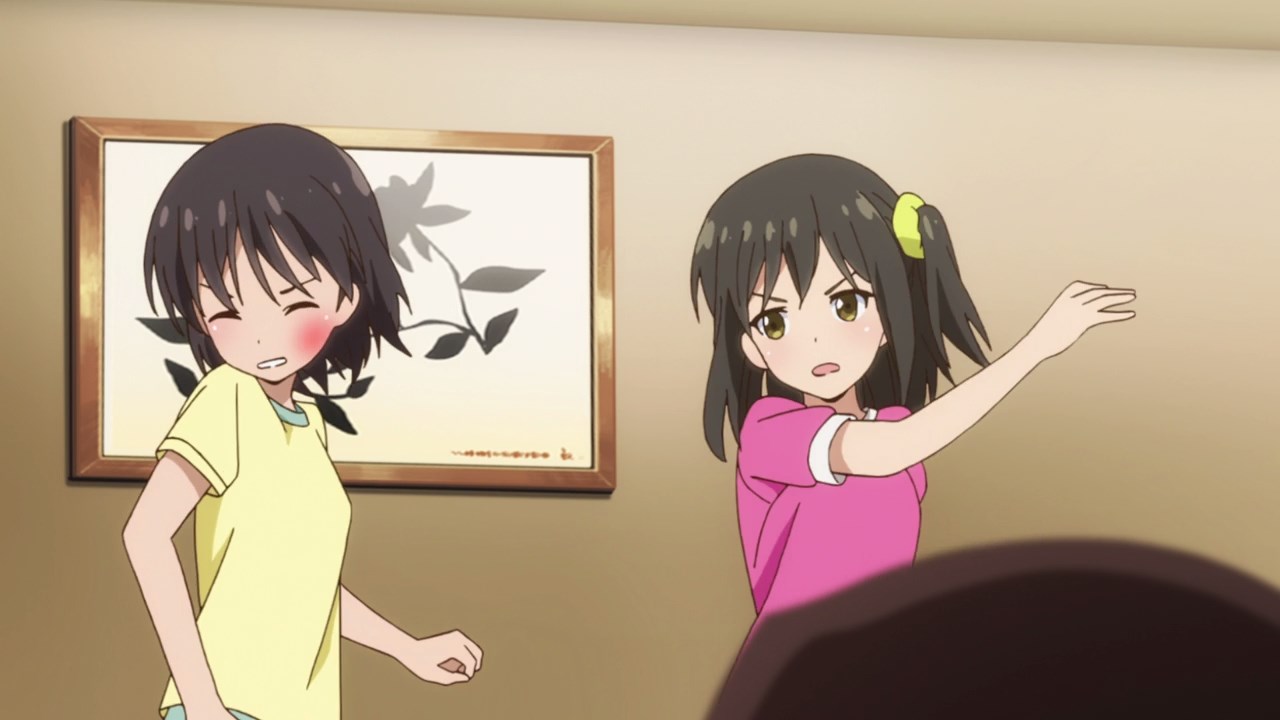 Speaking of Izumi, she wants to return to Alice in Theater after being replaced by an Act-Doll, but Airi called her out for her selfish decision. 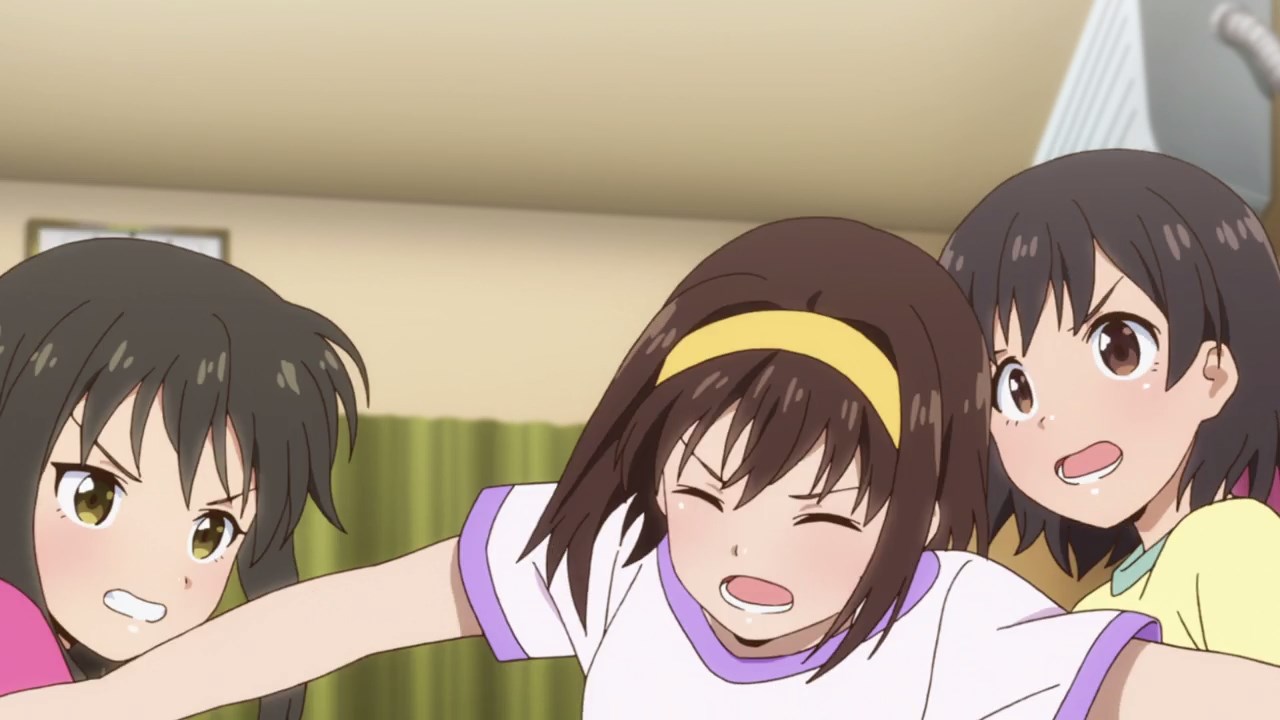 That’s where Seria Morino decided to stop the fight between Airi Kagami and Izumi Hinazaki, although she’s about to get hurt just a little bit.

But hey, at least they reconciled at the end of the day, although Airi and Izumi still have a friendly rivalry on who will be the top actress. 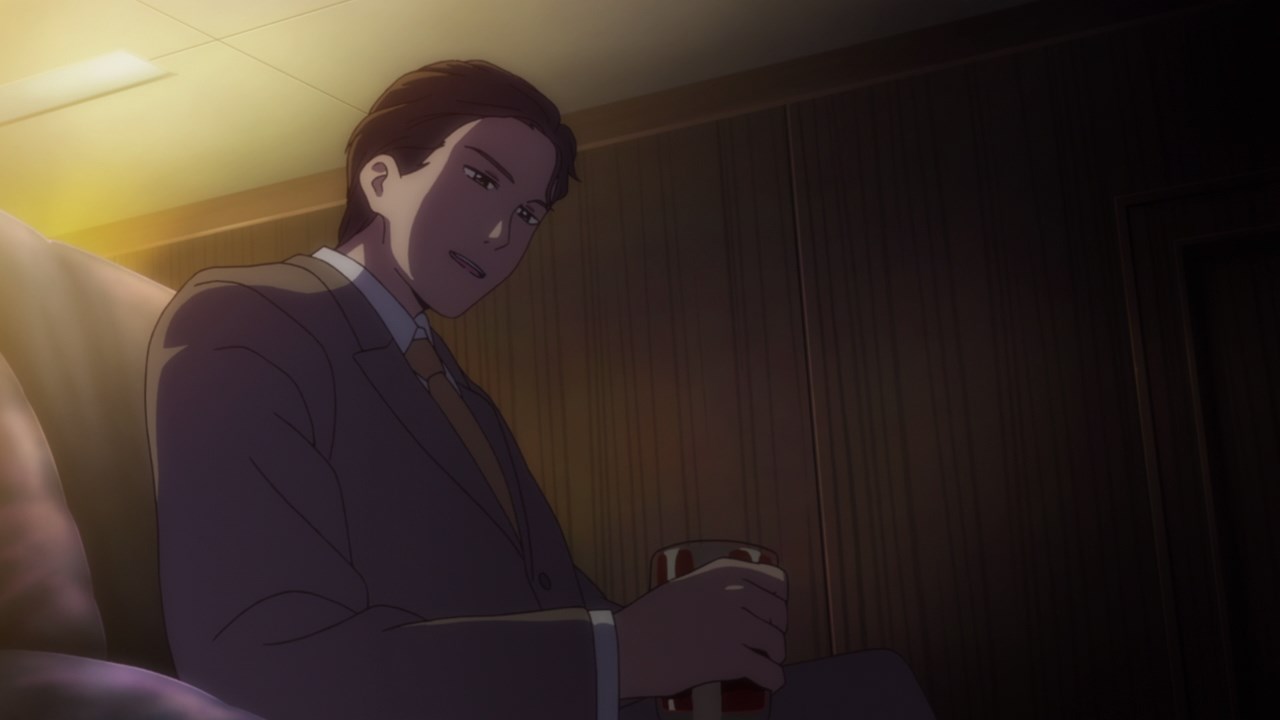 Now then, here’s Hirokazu Takezaki where he’s straying away from his dream despite getting the Theatrical Material System and the Act-Doll.

However, Takezaki gave Kaoru Sakakibara a chance of saving her troupe from being bought out. All she needs to do is to gain 3,500 attendees during their run of their “Calling Battle Girl” stage play.

Of course, Hirokazu-san knows that Kaoru won’t reach that number because at the end of the day, Takezaki will get his hands of Alice in Theater which includes Sakakibara. 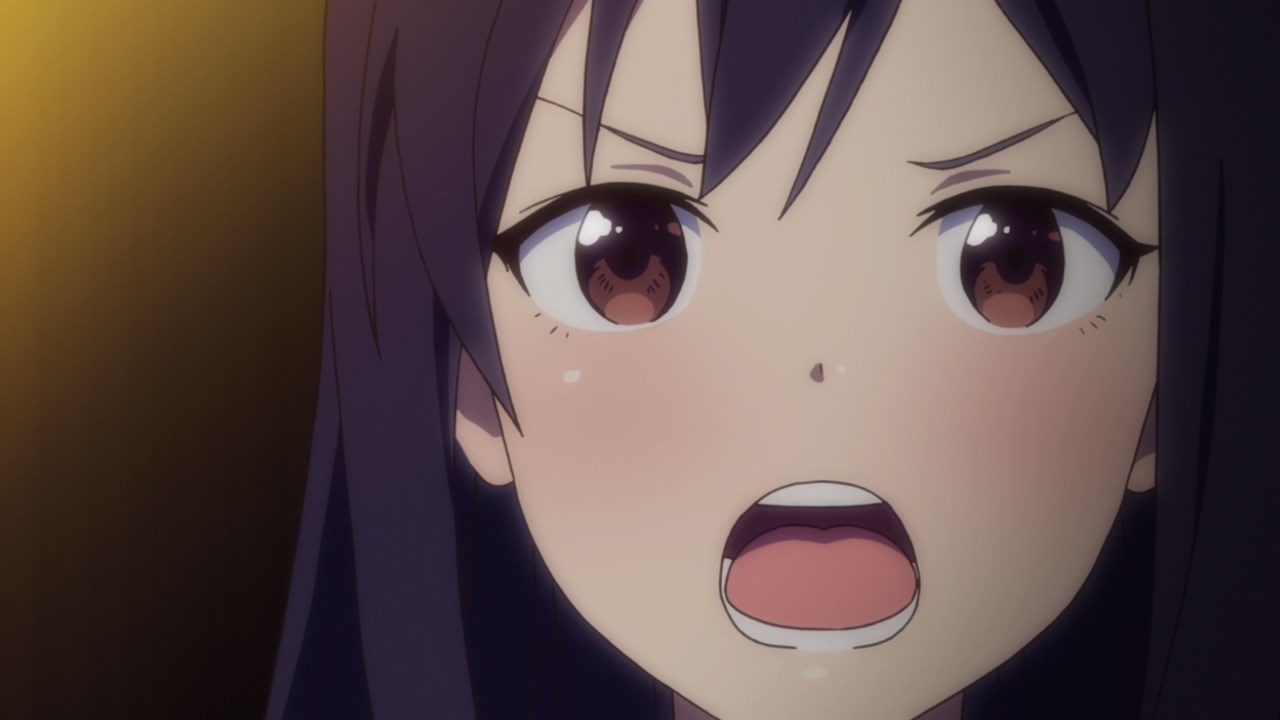 Speaking of Kaoru Sakakibara, she refused to give up and she won’t join Takezaki no matter what as she’ll do everything to save her troupe. Man, I’m scared on what she’ll do to save Alice in Theater. 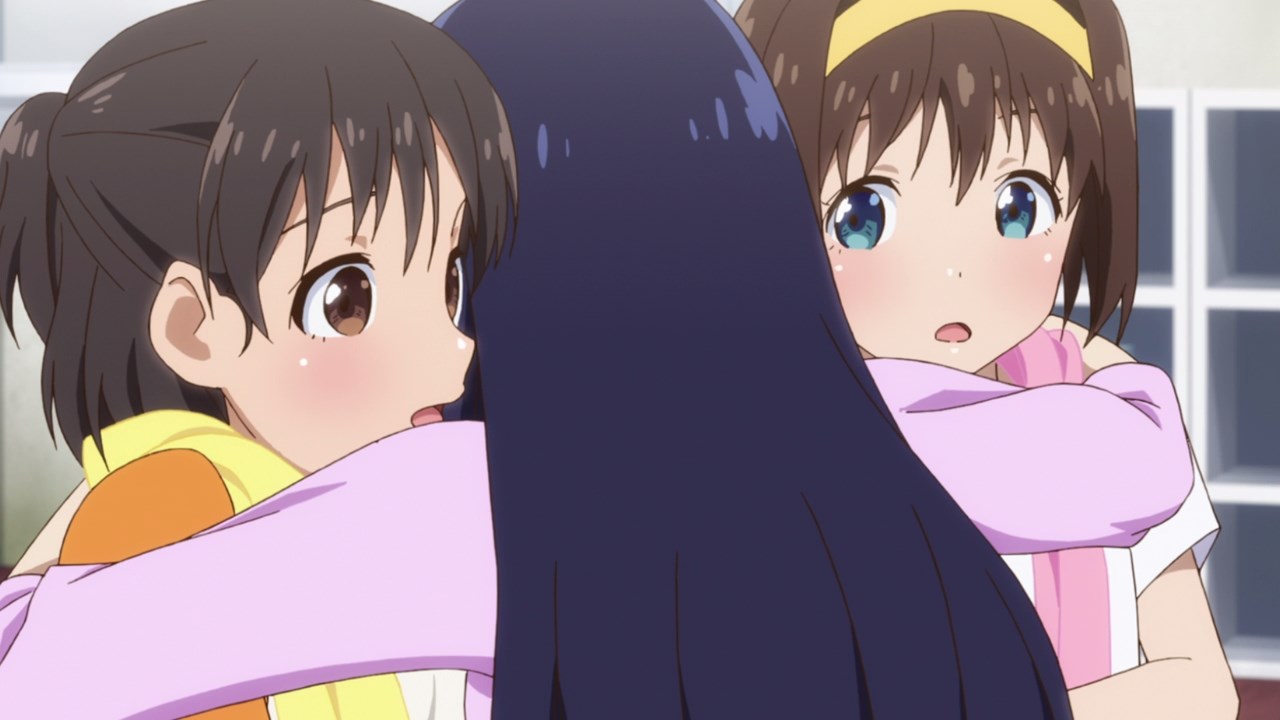 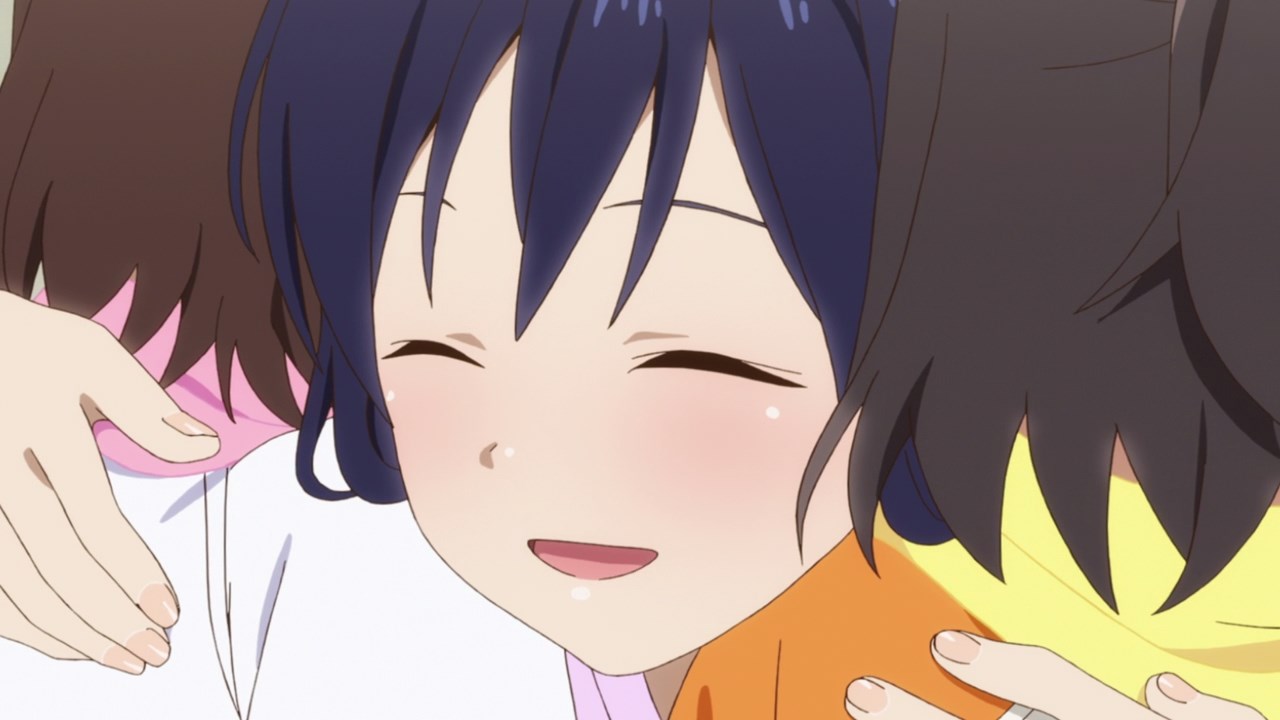 In any case, Kaoru Sakakibara returned to Alice in Theater where she gave a warm hug to both Airi Kagami and Seria Morino. Then again, I feel that it’ll be the last time Kaoru-san will see her best actresses. 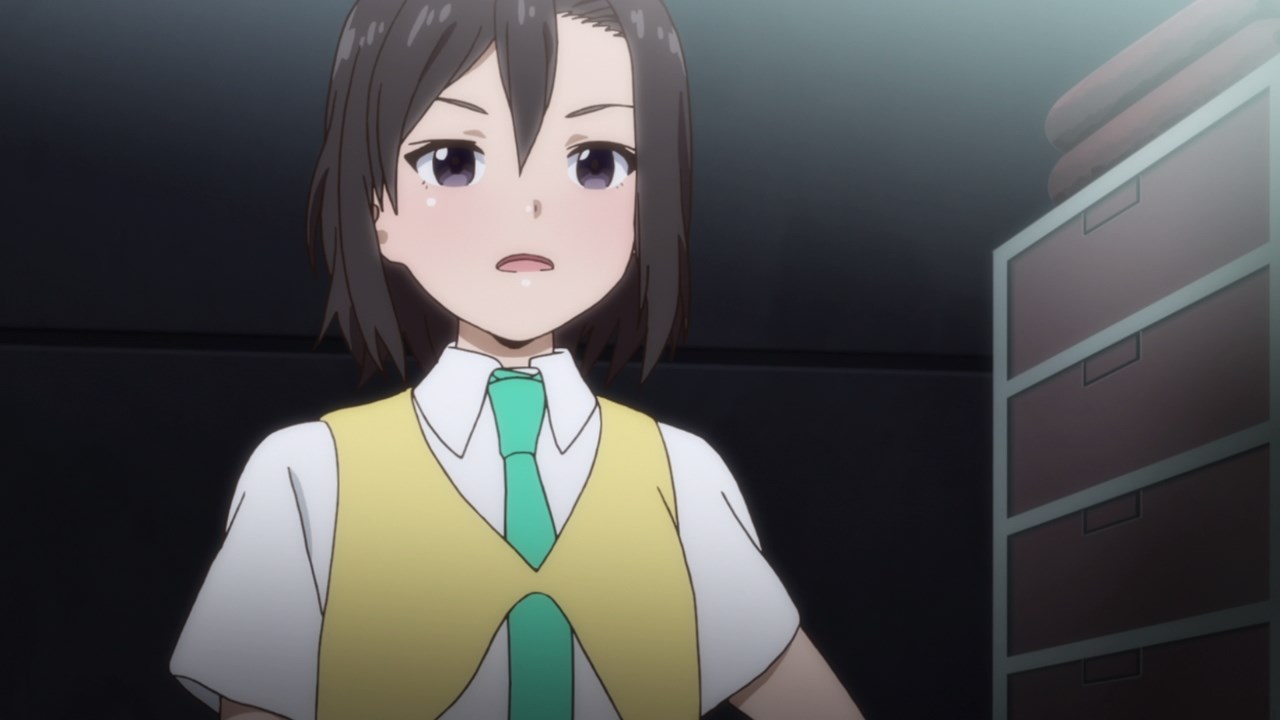 The next day, Akira Asagi told everyone that she’ll become the acting director of Alice in Theater as Kaoru Sakakibara took her leave indefinitely. What a shocking news! 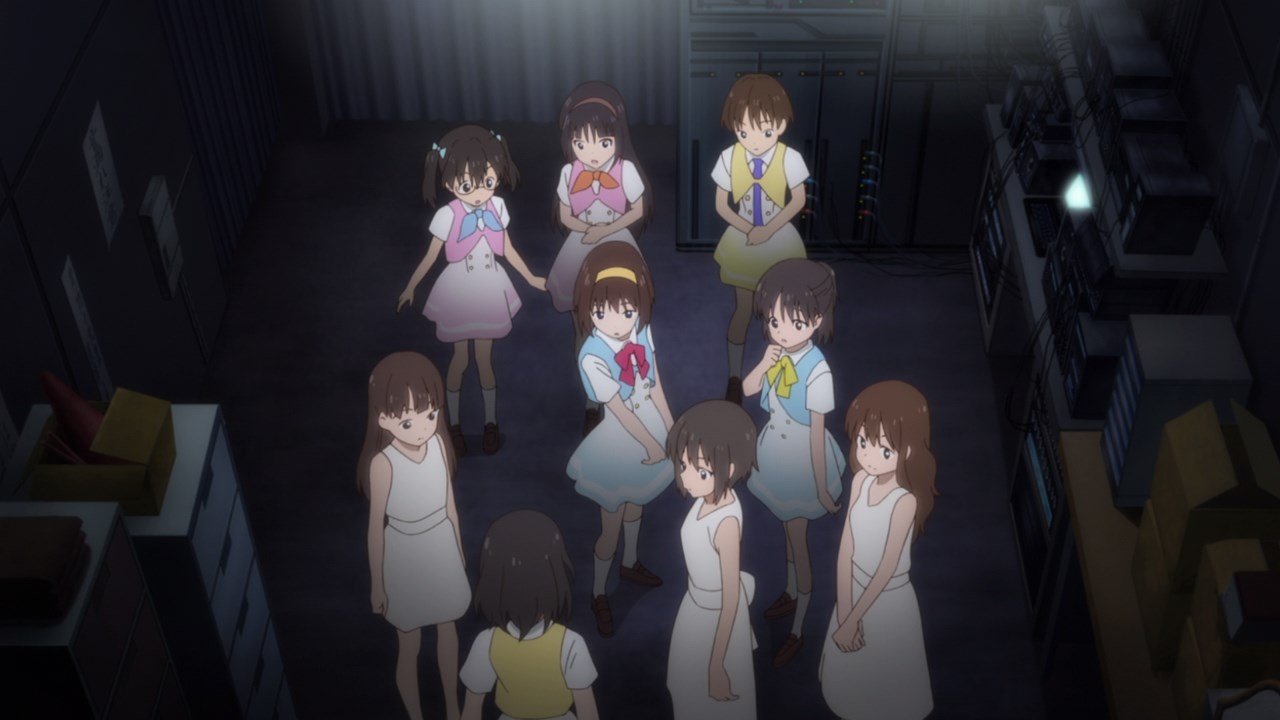 Of course, I’m worried that this devastating announcement will affect their performance. C’mon, they need to reach more than 3,500 attendees on the last day of their stage play. 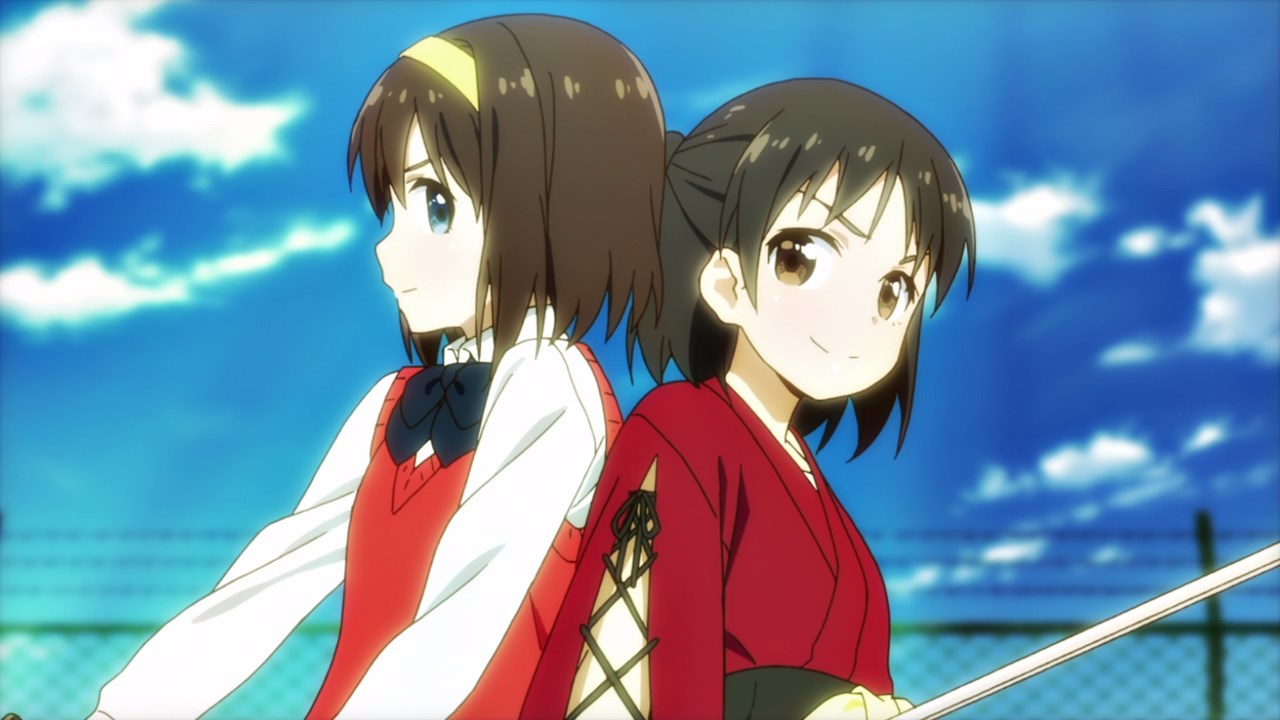 However, it appears that Kaoru’s sudden disappearance didn’t affect them as Seria Morino, Airi Kagami, and the rest of Alice in Theater have managed to put out a great show.

Still, I wonder what happened to Kaoru Sakakibara since she should have personally announce it that Akira Asagi will take over as director? 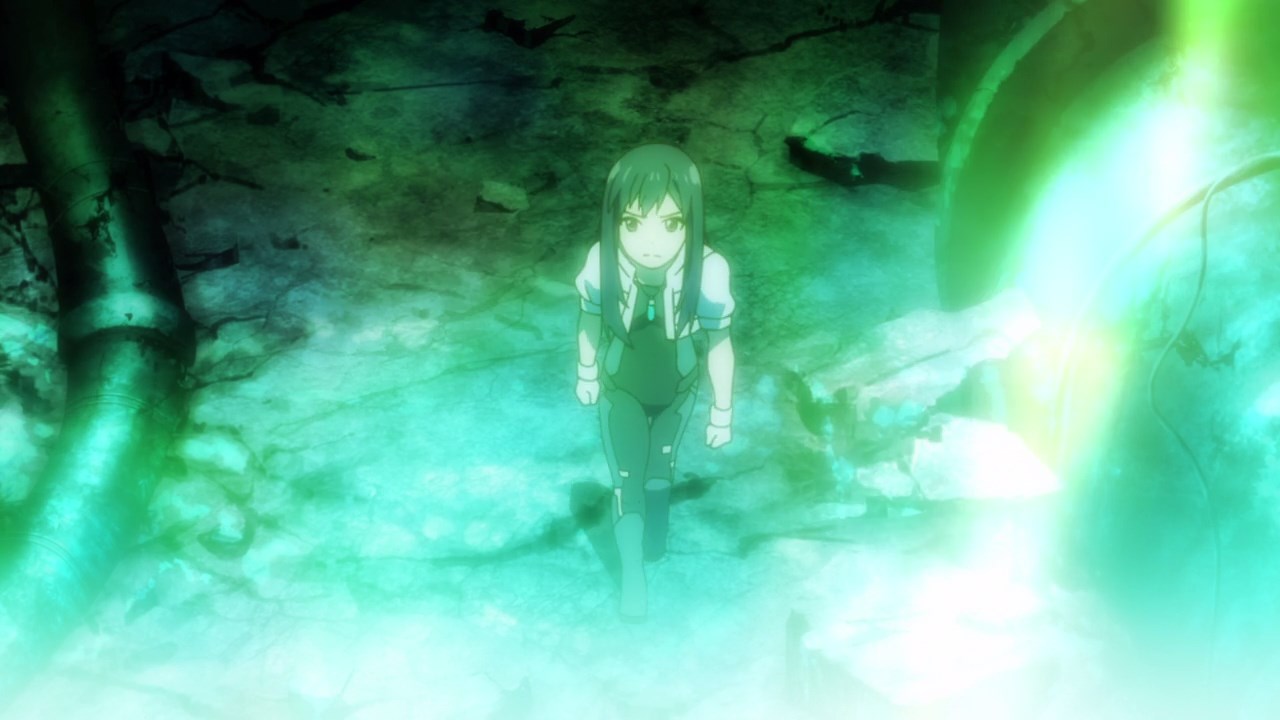 Well, turns out that Sakakibara went to the epicenter of the Global Synchronic Urban Disappearance disaster.

Not only that, but her broken leg is finally healed, meaning that Kaoru-san can finally walk. Then again, I wonder if she’s actually faking her injury? 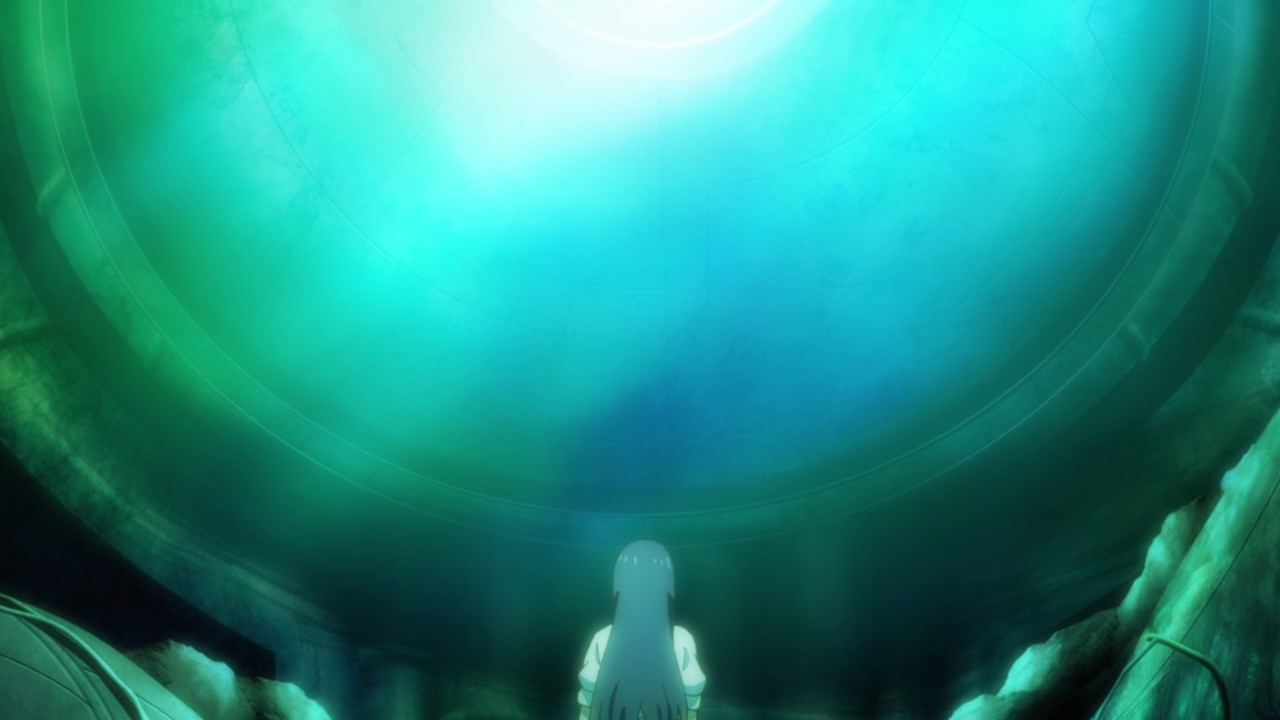 Still, I’m really scared that if Sakakibara went deeper in the epicenter, she might not survive again. Even worse is that Kaoru might trigger another Global Synchronic Urban Disappearance disaster. 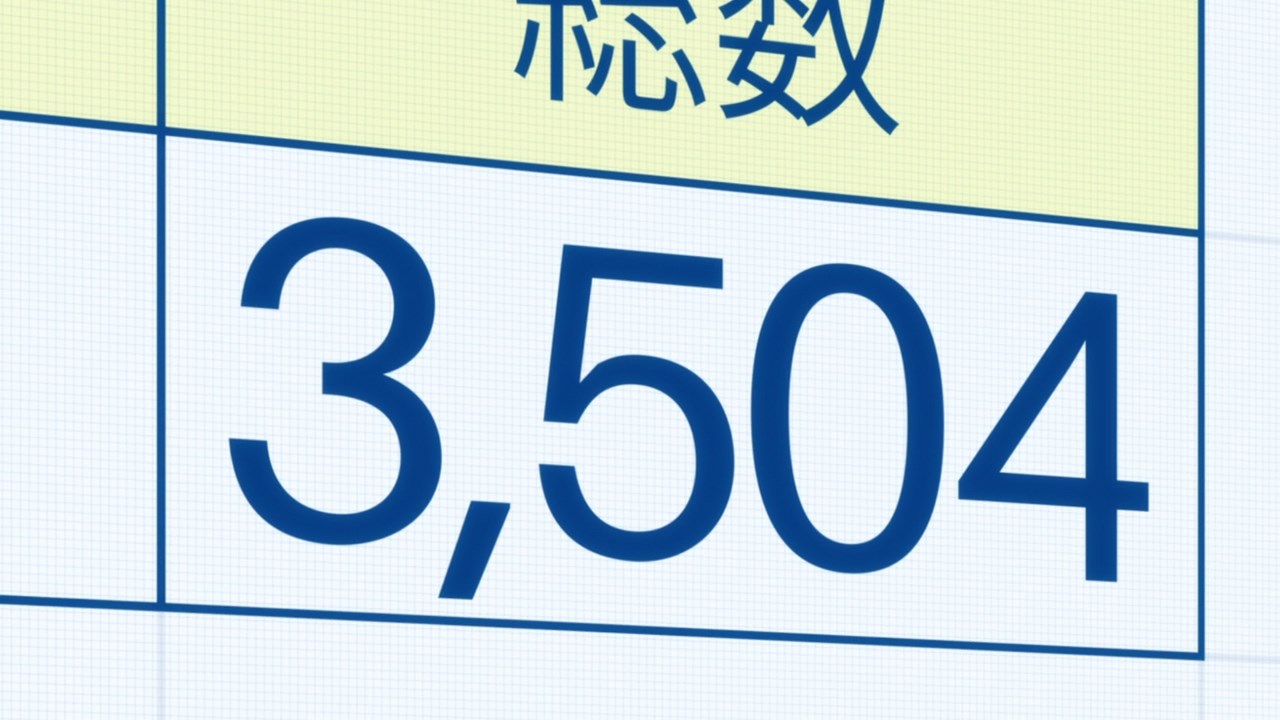 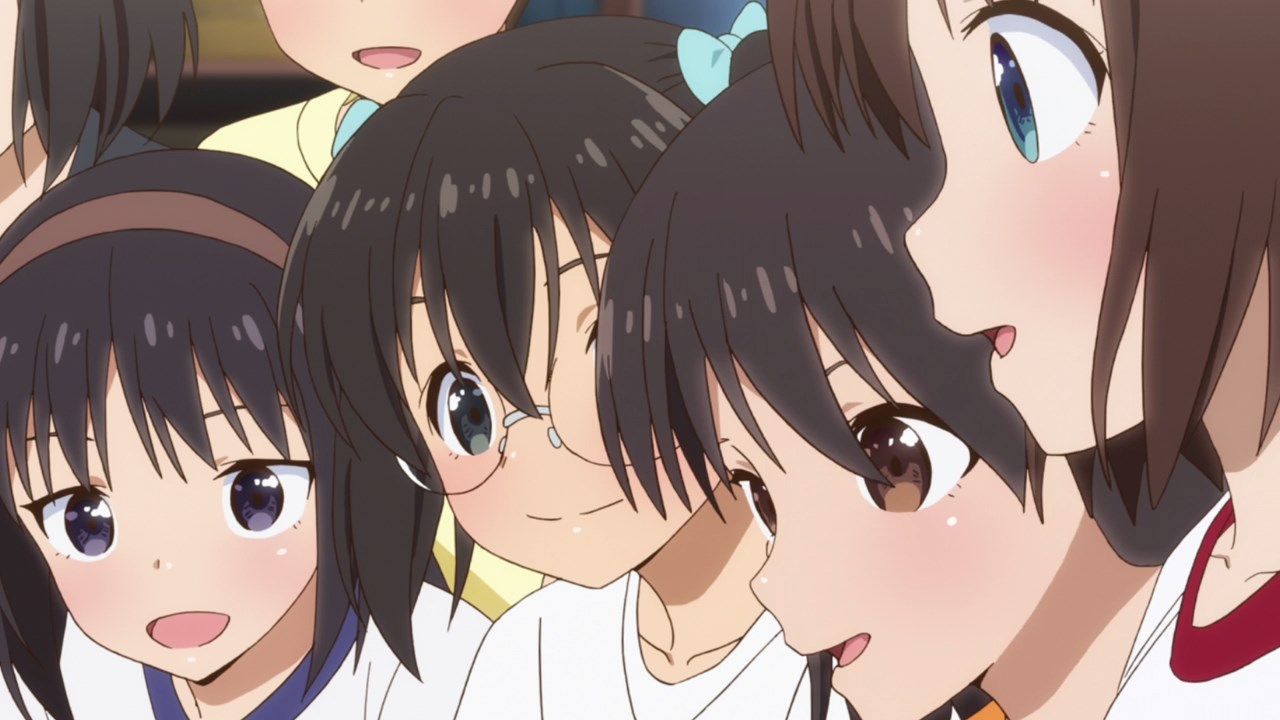 Anyways, let’s end this episode where Alice in Theater is happy that their troupe is saved now that they got more than 3,500 attendees. But with Sakakibara’s disappearance, their triumph might not last long.

Well then, I’ll see you next time where we’ll find out if Kaoru Sakakibara survived or not.