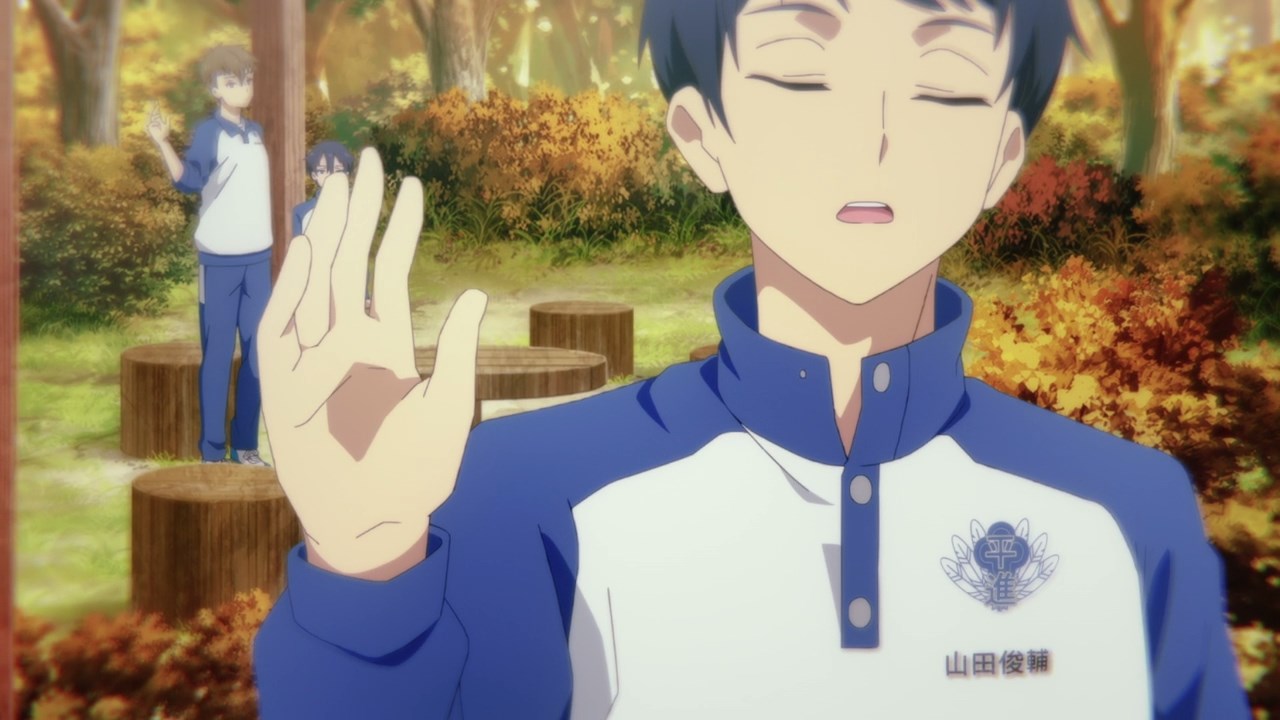 Before he became Schlain Zagan Analeit, he was known as Shunsuke Yamada where he’s just an ordinary guy. Pretty unremarkable to be a protagonist. 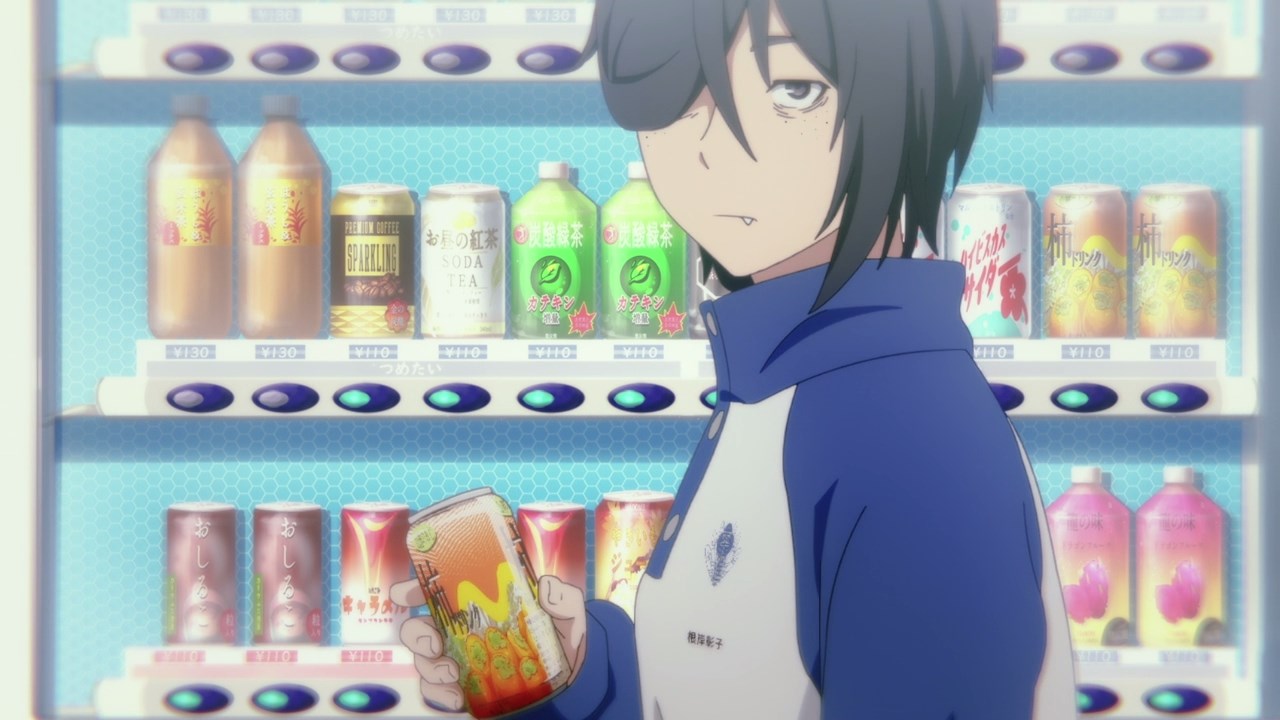 And speaking of Shun, he met this girl named Shouko Negishi at the vending machine whose looks are creepy. Still, she’s not very reclusive person compared to the other girl. 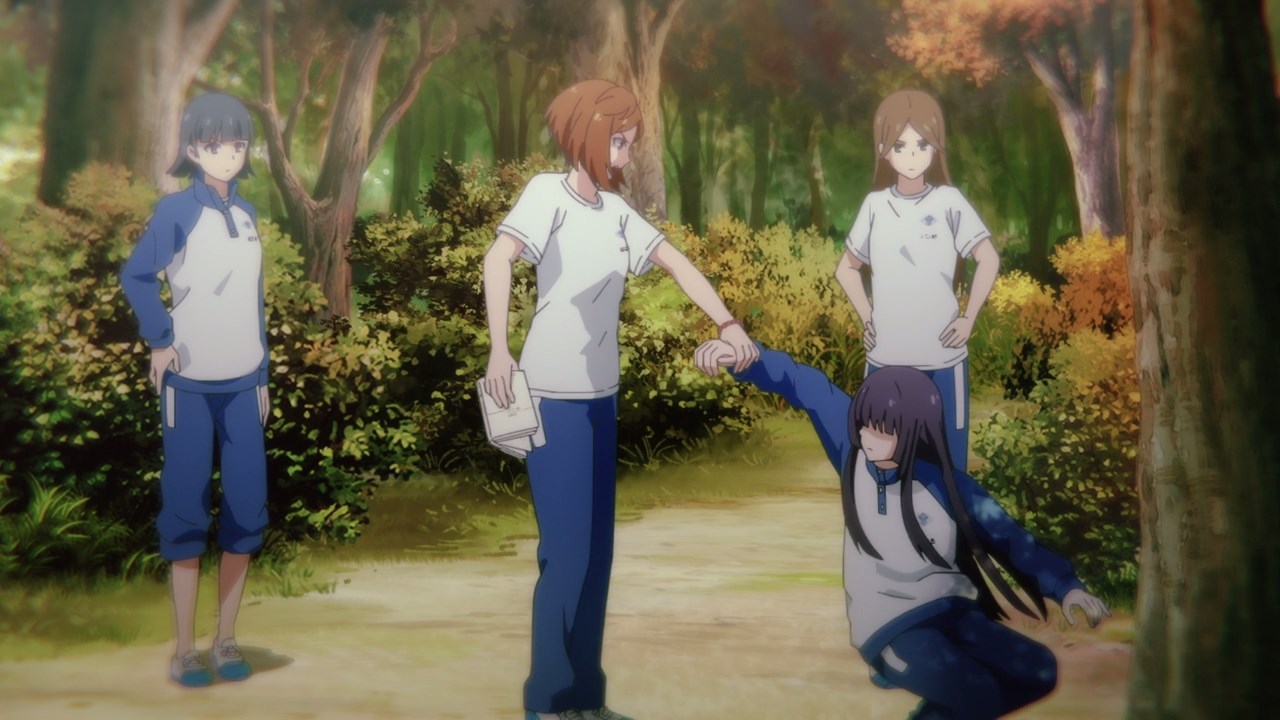 That’s right, it’s Hiiro Wakaba where she’s being bullied by Mirei Shinohara. Man, why do they just leave Hiiro alone? 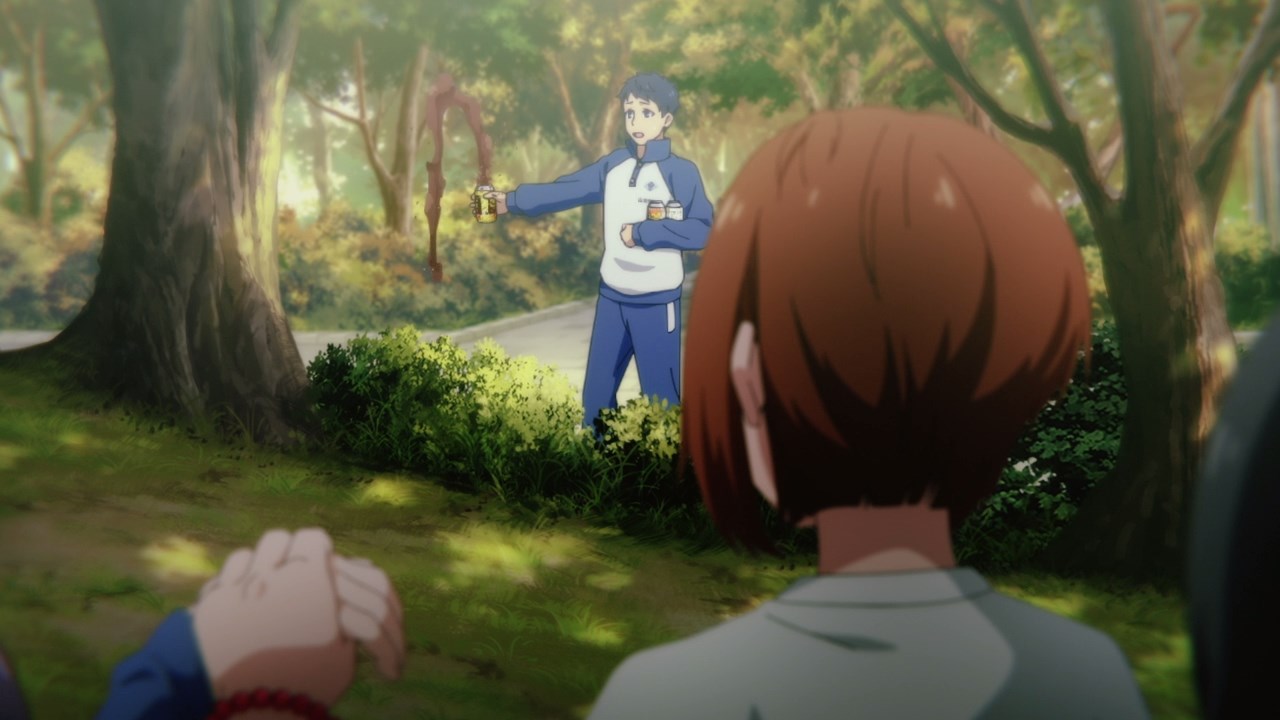 Good thing Shun managed to save her by shaking his soft drink can to create a fountain. That would be a great diversion to Mirei and her cronies.

Sadly, nobody knows what happened to Hiiro Wakaba after being reincarnated into another world. 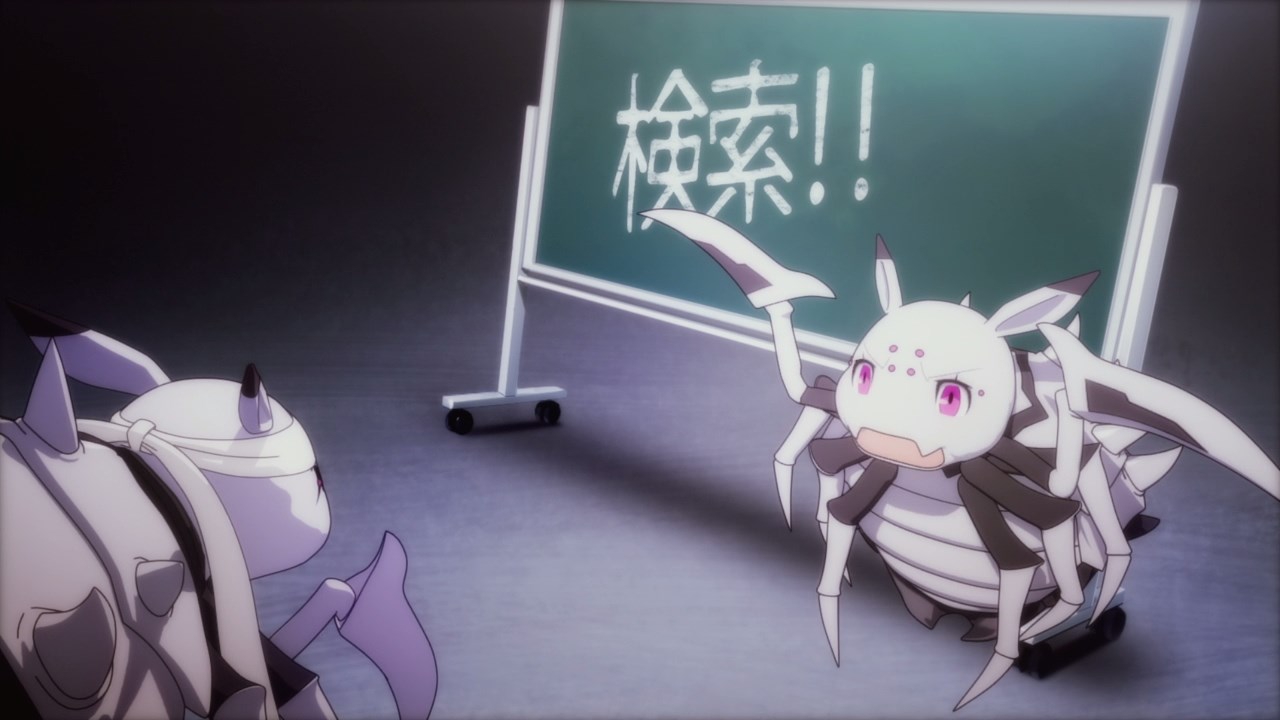 Thanks to her Parallel Minds skill, Ms. Spider has two personalities where one will do body movement while the other will conduct strategies or create magic. 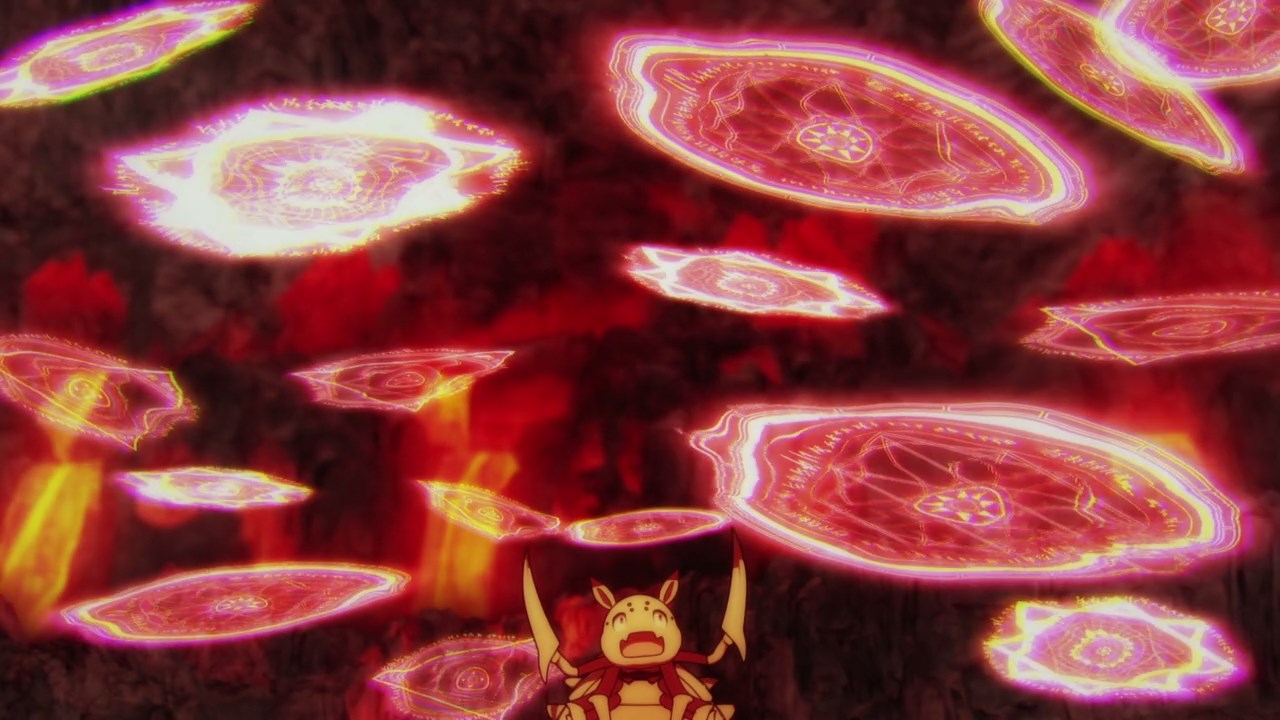 Unfortunately, her intelligent persona can’t casts magic while thinking ways to defeat a monster. C’mon, it’s too much work for a spider brain. 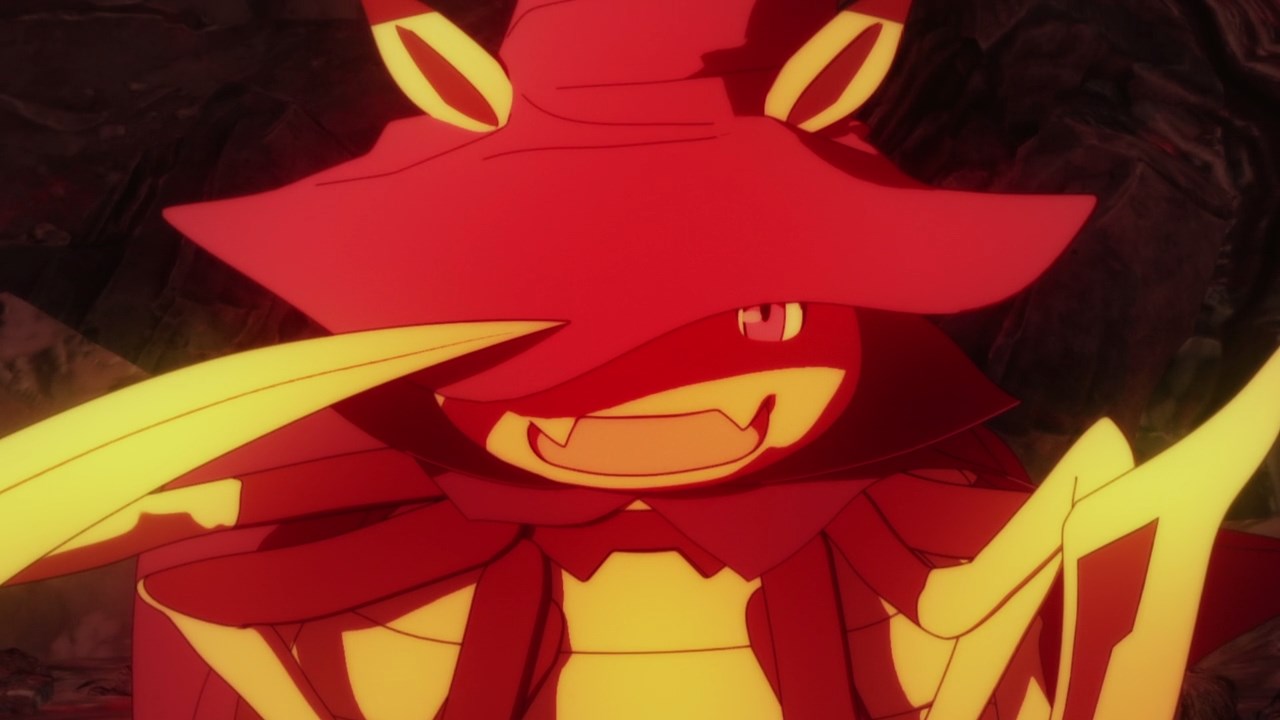 Therefore, Ms. Spider gained another persona where it’ll handle magic discreetly. You know something, her Parallel Mind skill might create an army of different personas inside Ms. Spider’s brain. 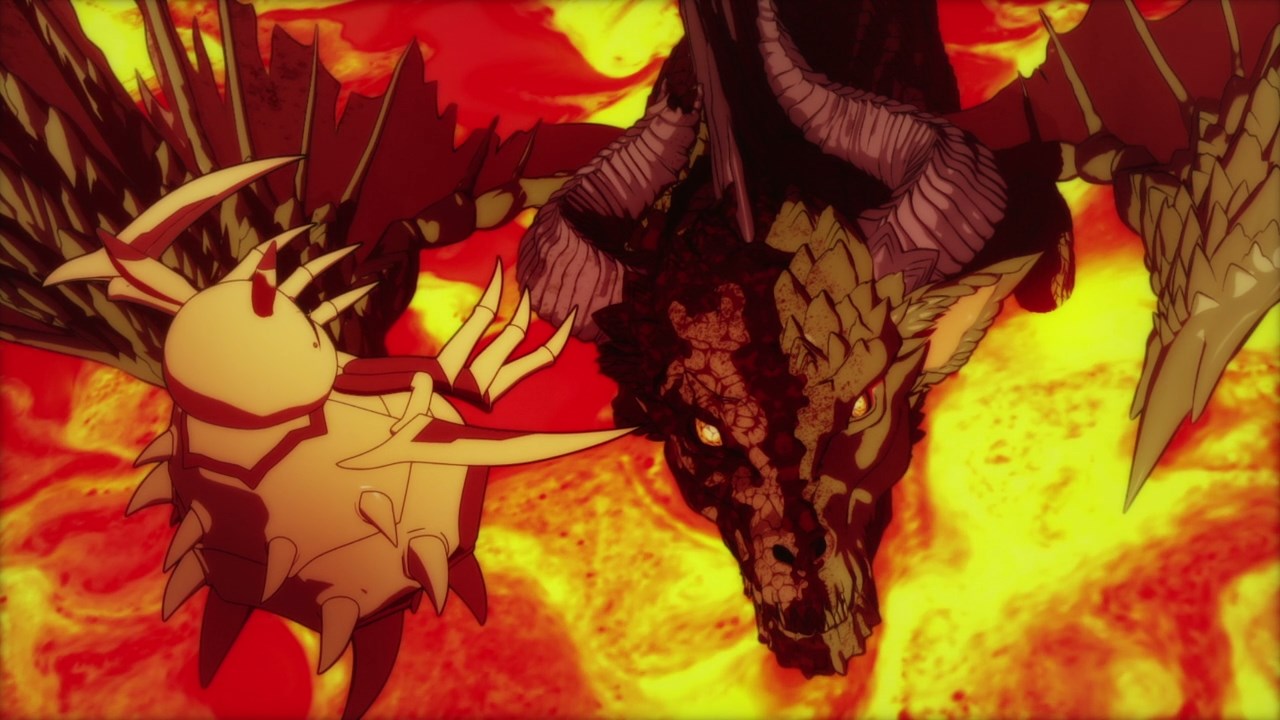 Now then, looks like Ms. Spider encountered Fire Dragon Rend where half of its body is exposed, revealing its bones.

Looks like this dragon is about to die soon, but it still poses a threat. 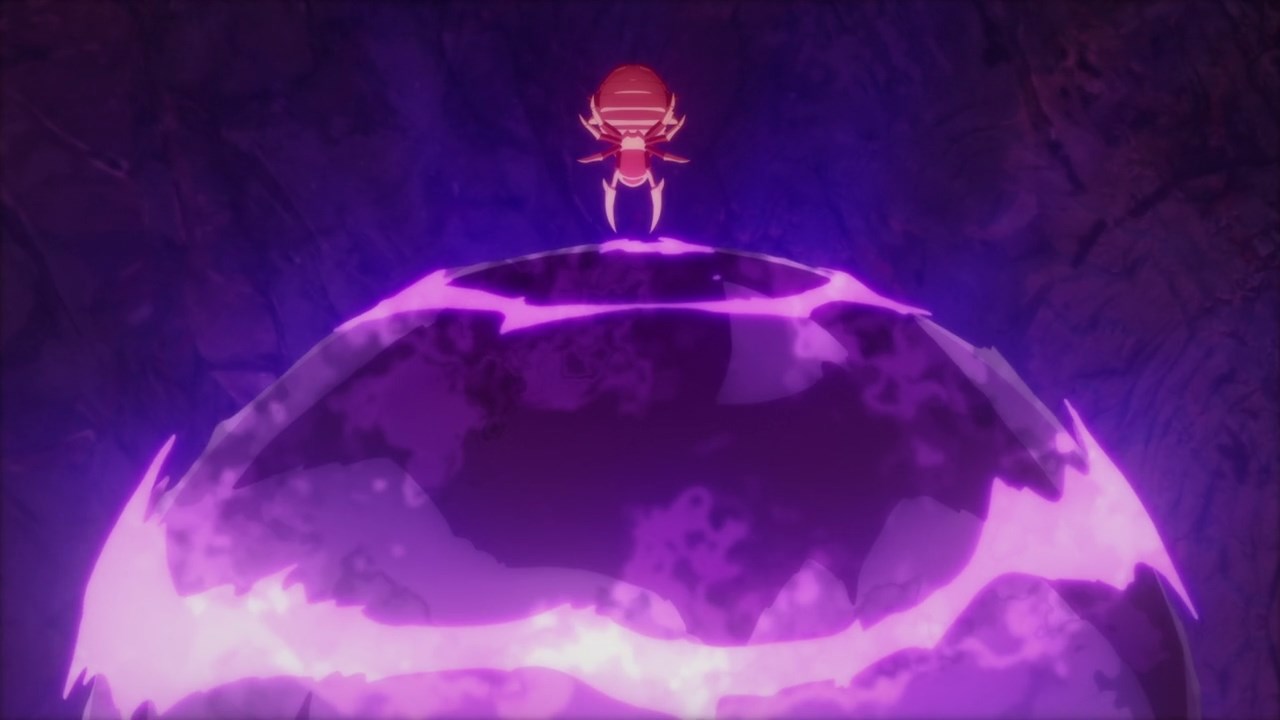 In any case, Ms. Spider decides to fight the fire dragon while it has 50% of its HP as she creates a gigantic poison ball straight to its mouth. 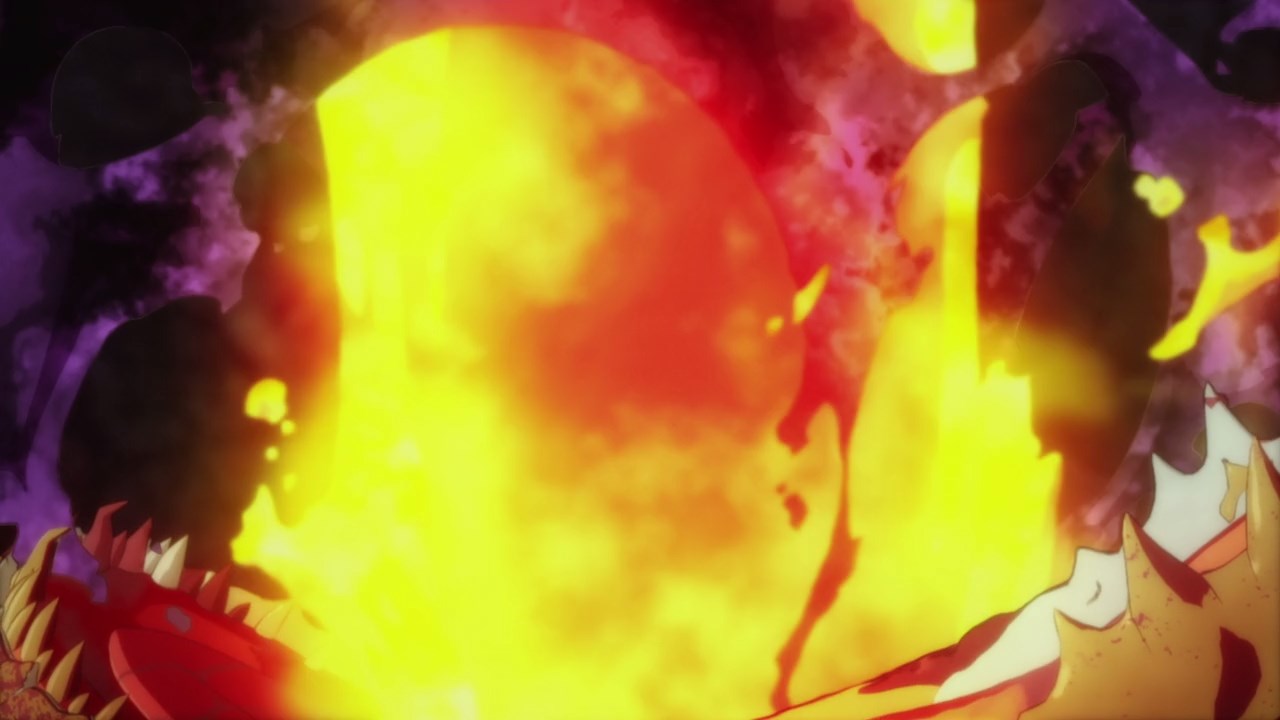 However, Fire Dragon Rend used its breath to cancel out the poison ball. Looks like Ms. Spider’s plan failed miserably. 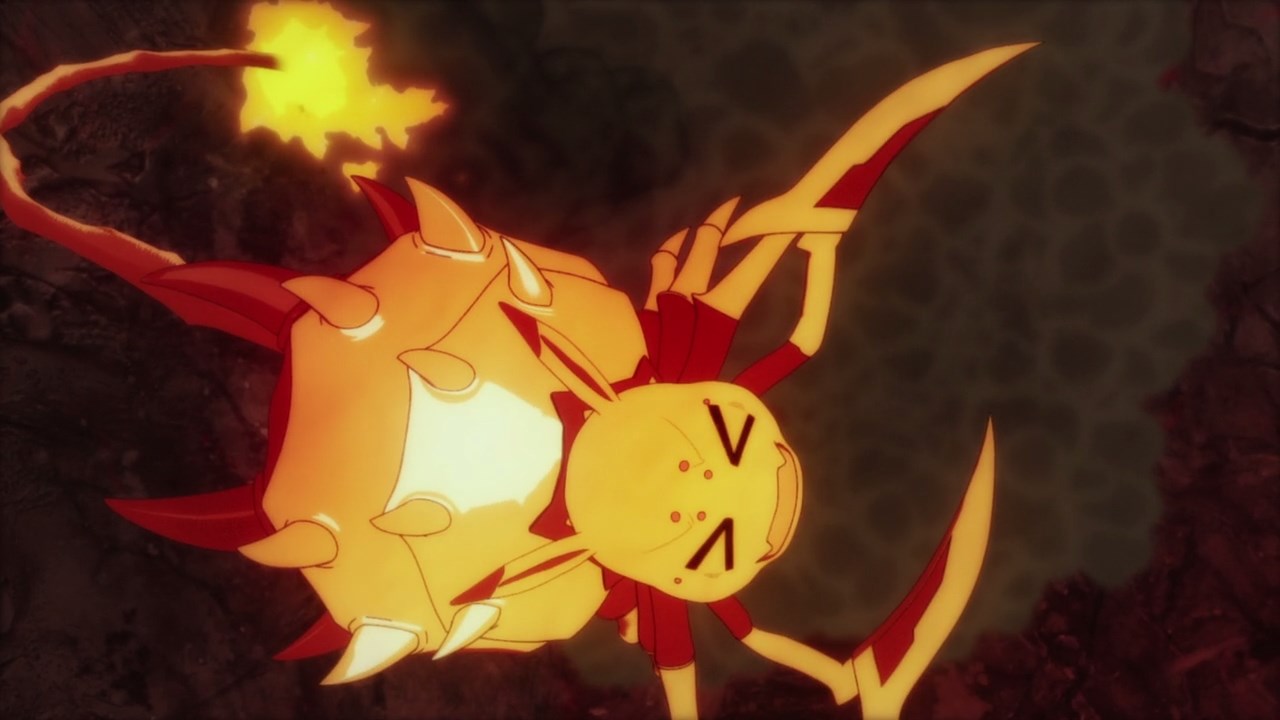 At this point, Ms. Spider is gonna die soon enough as fighting a fire dragon, regardless if it’s injured or not, is a very bad idea!

God, has she learned about the time when Ms. Spider encountered Earth Dragon Aruba? I guess not. 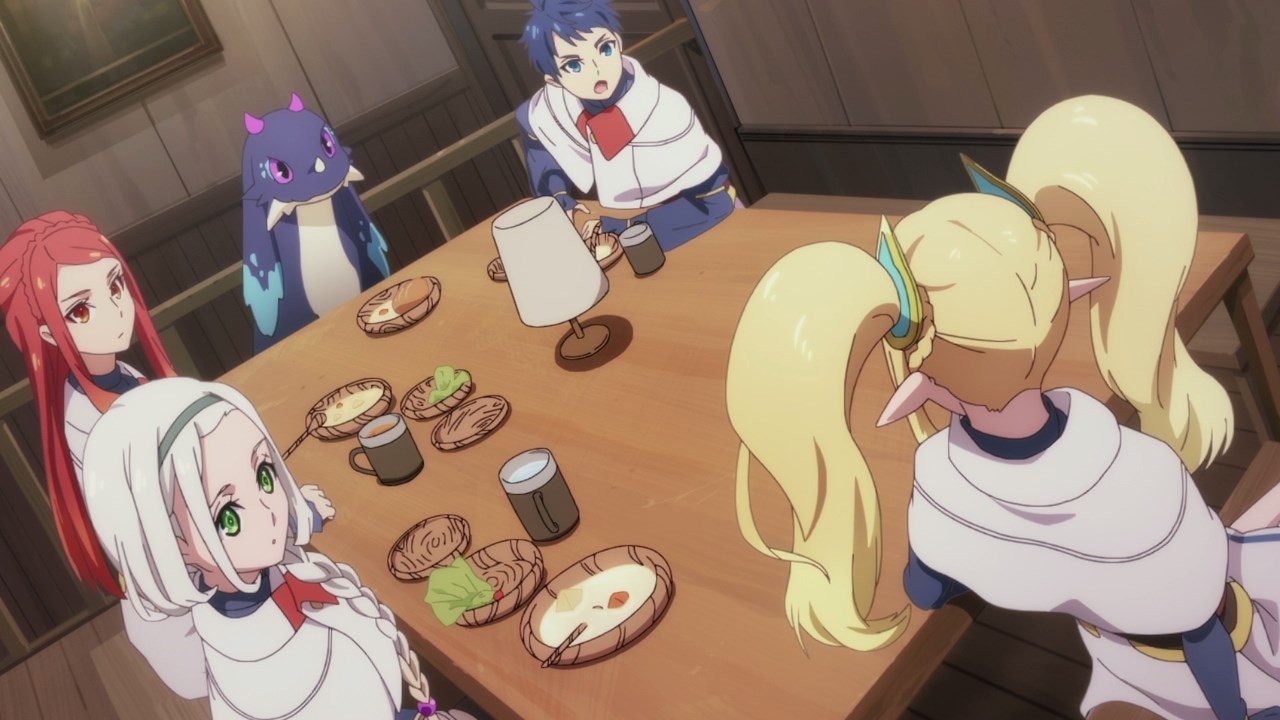 One last thing, looks like it’s time to learn what happened to Hiiro Wakaba as Shunsuke Yamada, now known as Schlain Zagan Analeit, asked Filimos (or Kanami Okazaki) if Hiiro is still alive. I mean, she should be reincarnated, right? 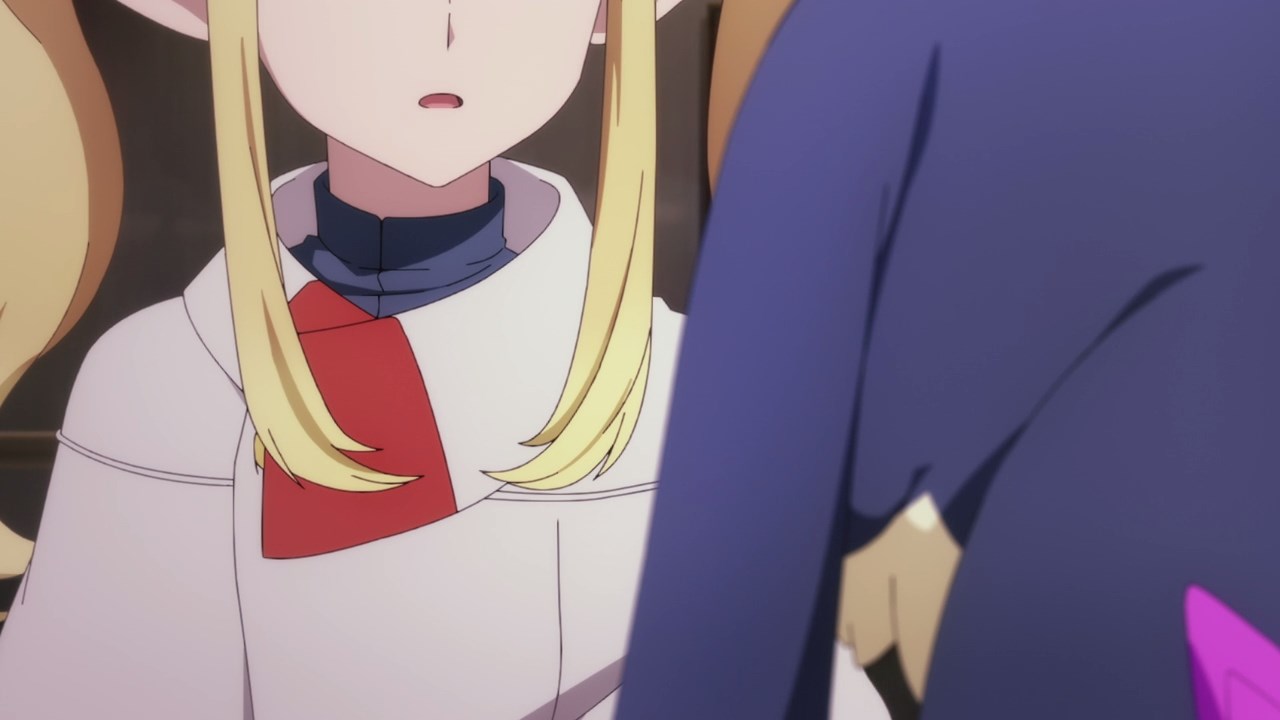 Unfortunately, Filimos told everyone that Hiiro Wakaba is dead. For Mirei Shinohara or Feirune, she is devastated that she didn’t get to apologize to Hiiro when she’s still alive.

Then again, I have a feeling that either Filimos is lying, or that Hiiro Wakaba got another reincarnation after her previous one died horribly. I guess we’ll never know what happened to Hiiro.

For now, let’s focus on the next episode where it’s a 50/50 percent chance of Ms. Spider’s survival.