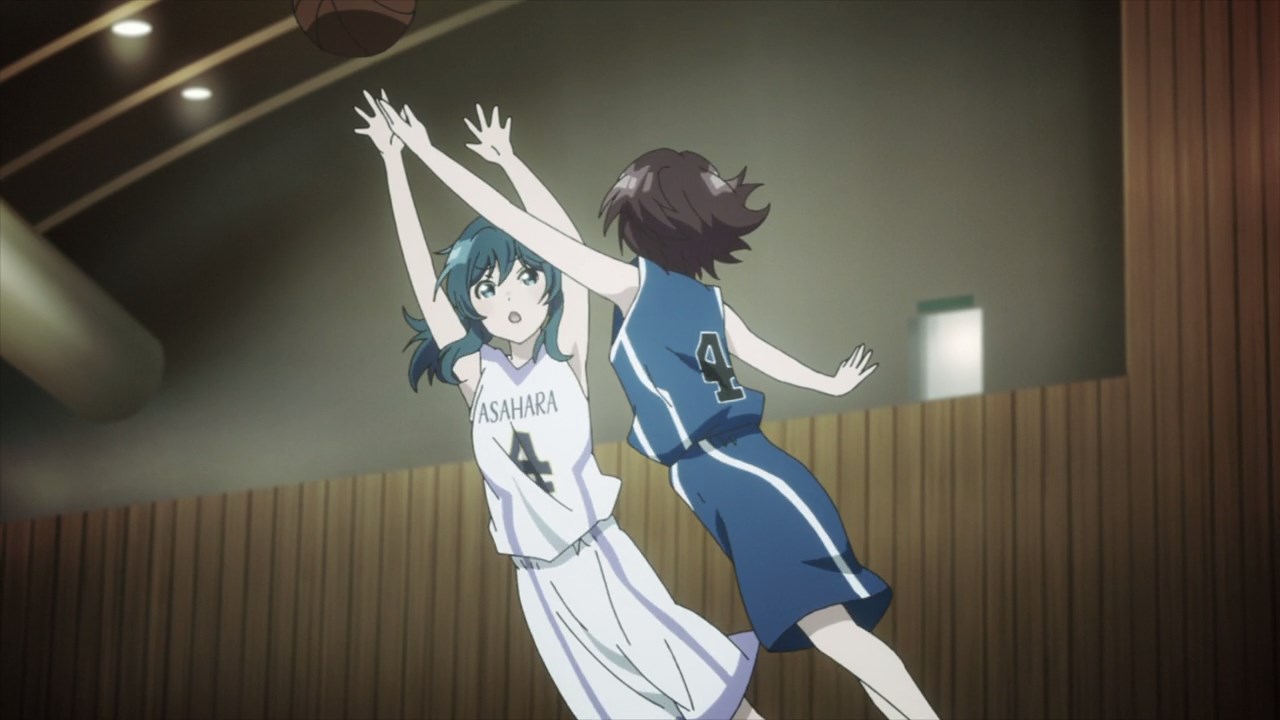 Let’s start with a flashback where Minami Nanami was once a top basketball player back in middle school. Unfortunately, Asahara Middle School face a tough opponent in the prefectural tournament. 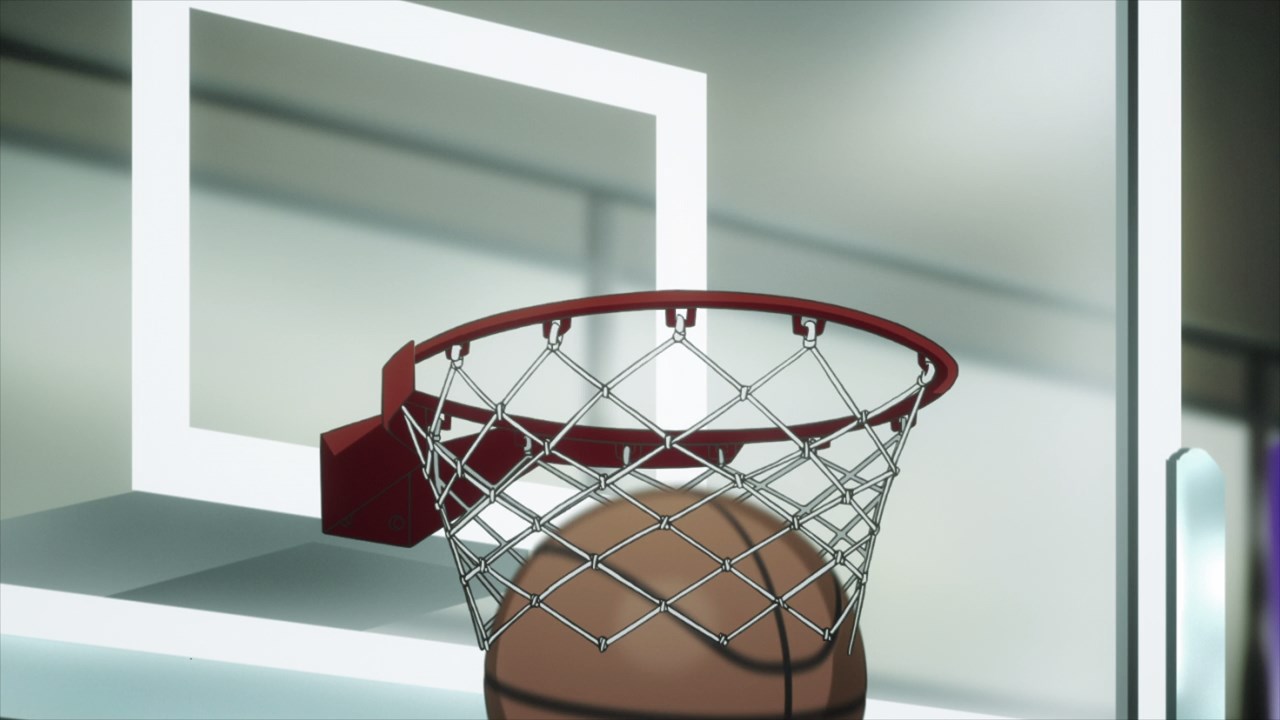 And sadly, Mimimi’s team lost against Kusunoki Middle School. Really unfortunate for her as she really wants her school to compete at the national tournament. 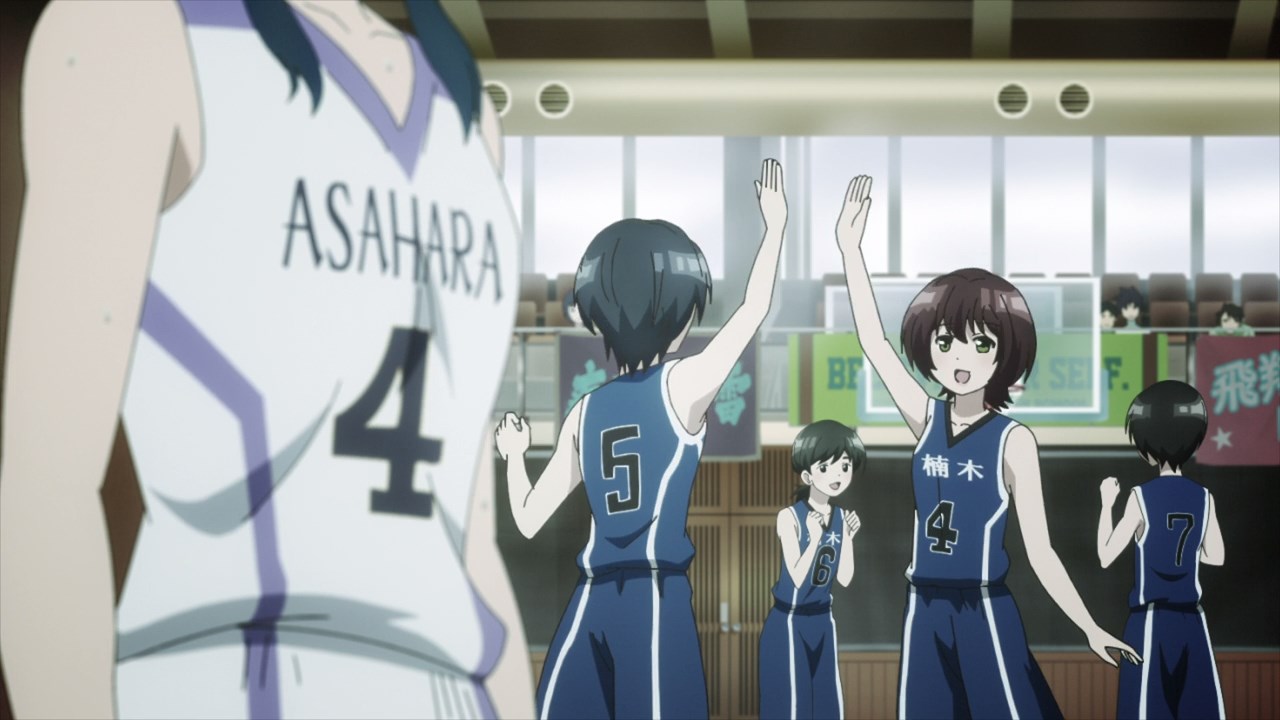 Oh yeah, I forgot to mention that Kusunoki Middle School has Aoi Hinami in the team. It’s no wonder why Minami Nanami wants to be number one against Aoi once she’s in high school. 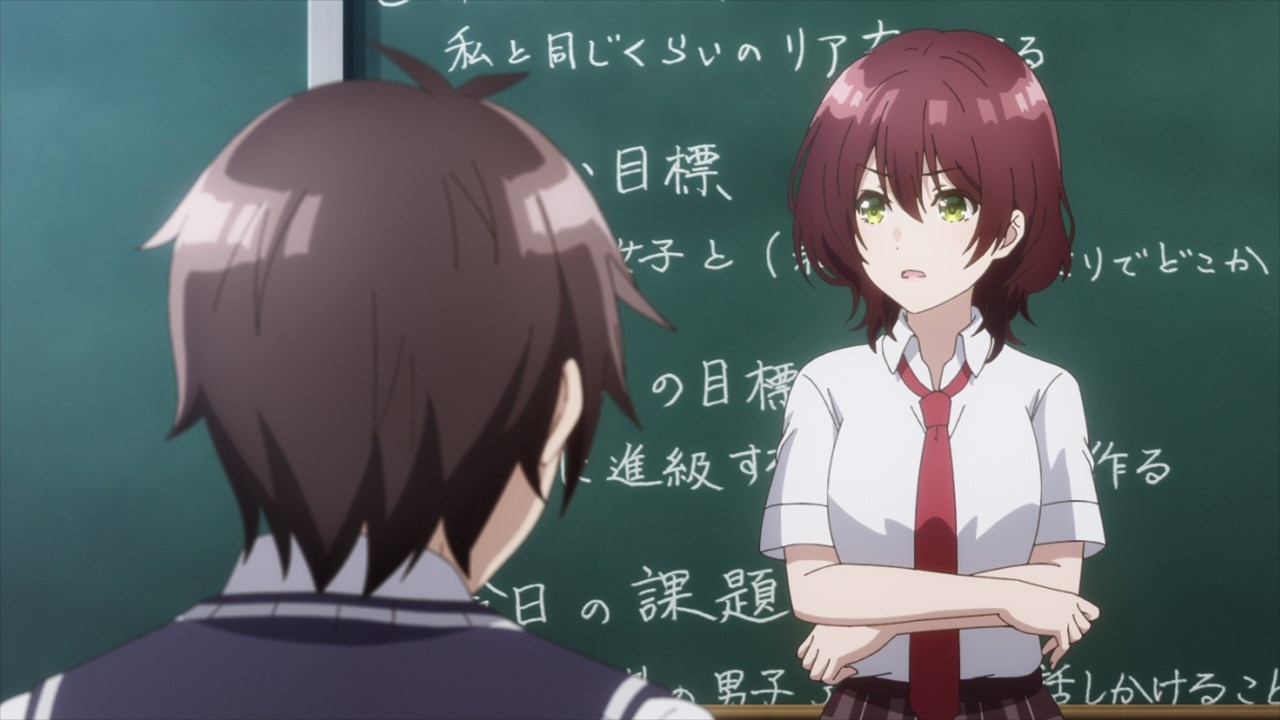 Of course, Hinami is worried that Nanami is pushing too hard on herself that she wants Fumiya Tomozaki to help her out.

I guess it’s her fault for letting Mimimi striving to become the number one student ever since Aoi beat her back in middle school. 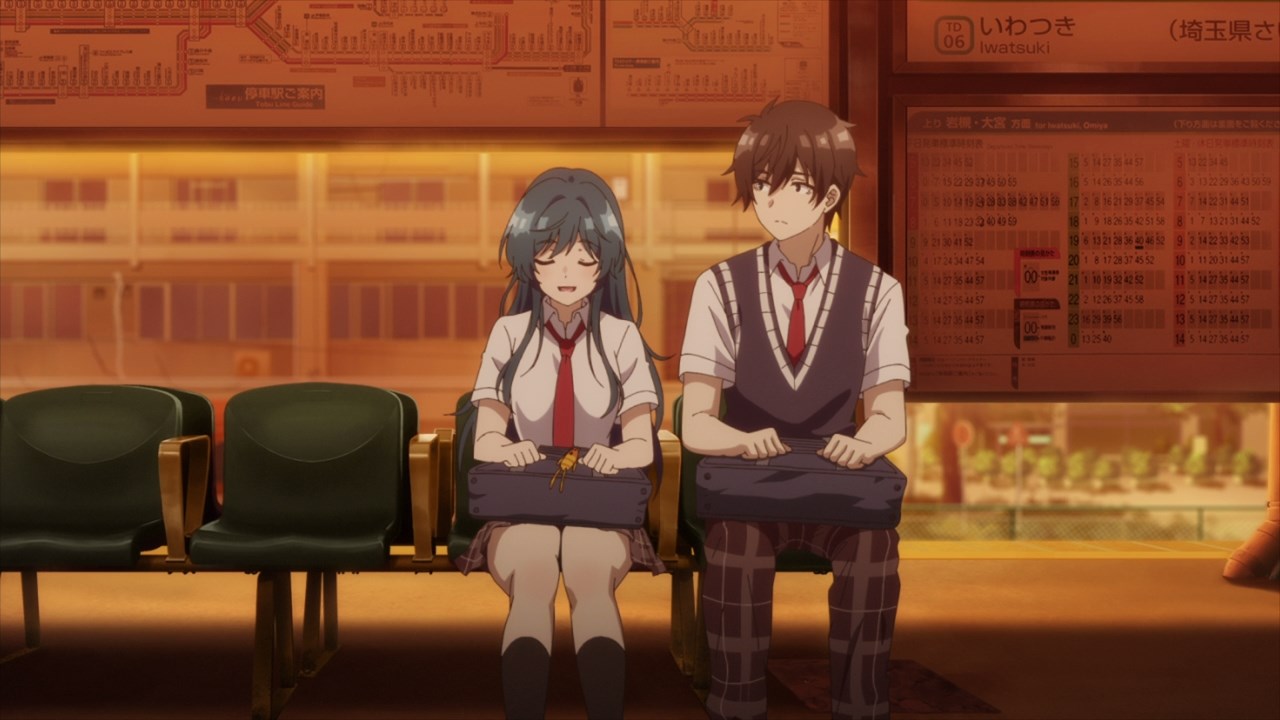 In any case, Tomozaki-kun approached Nanami where she revealed more about why she wants to beat Hinami so badly. Then again, Fumiya should have told Minami to stop exerting herself. 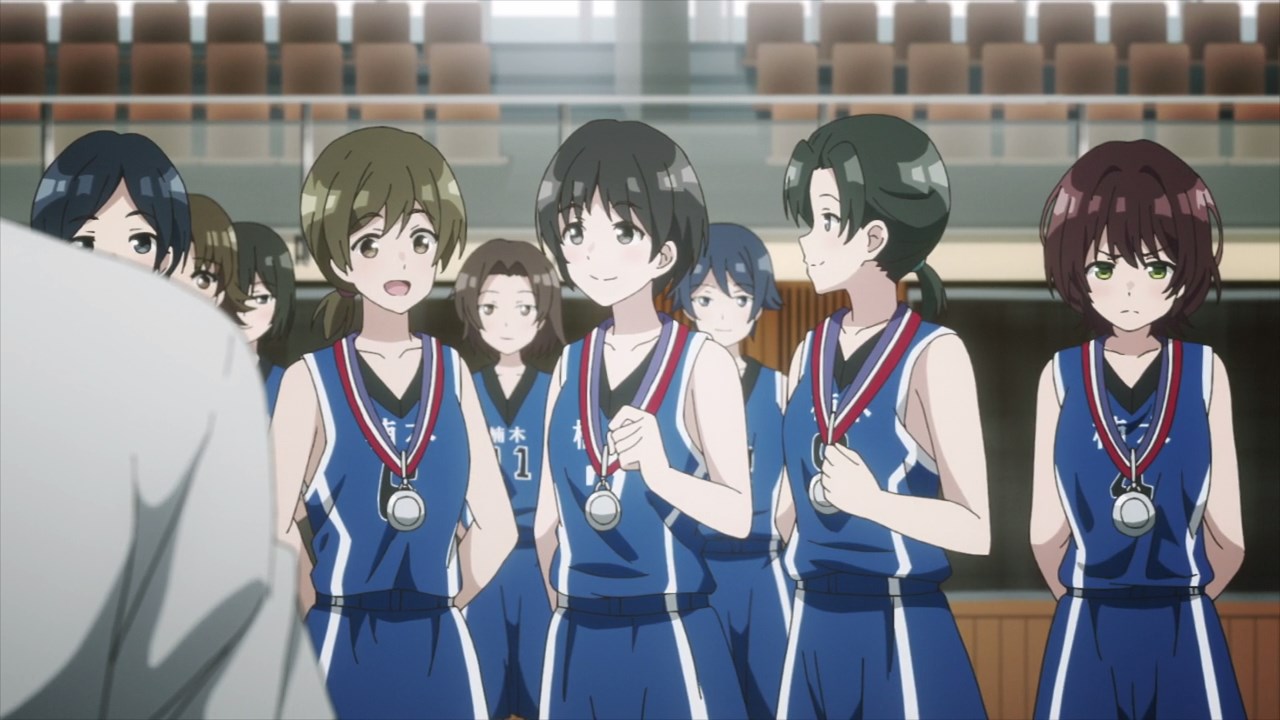 Anyways, after Asahara Middle School lost in the prefectural tournament, Mimimi went to watch the finals and saw Kusunoki Middle School settled in 2nd place. There, Minami Nanami saw Aoi Hinami being disappointed as she really wants her team to win the tournament.

Of course, Mimimi realized that no matter how she tries to catch up with Aoi-chan, she can’t become the number one student ’cause Hinami is better than her in every way. Um Mimimi, you’re still special in your own way y’know. 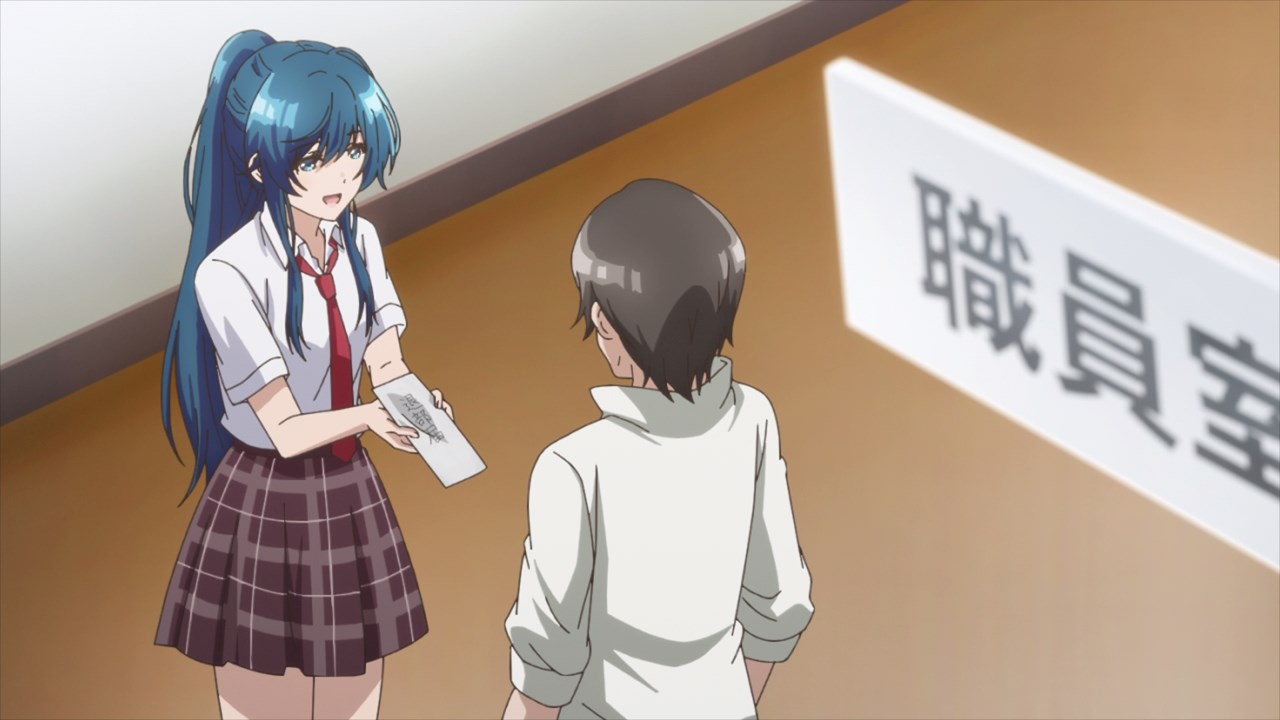 The next day, Minami Nanami quit the track and field club due to personal reason. Okay, it has something to do about Aoi Hinami but man, what a shame. 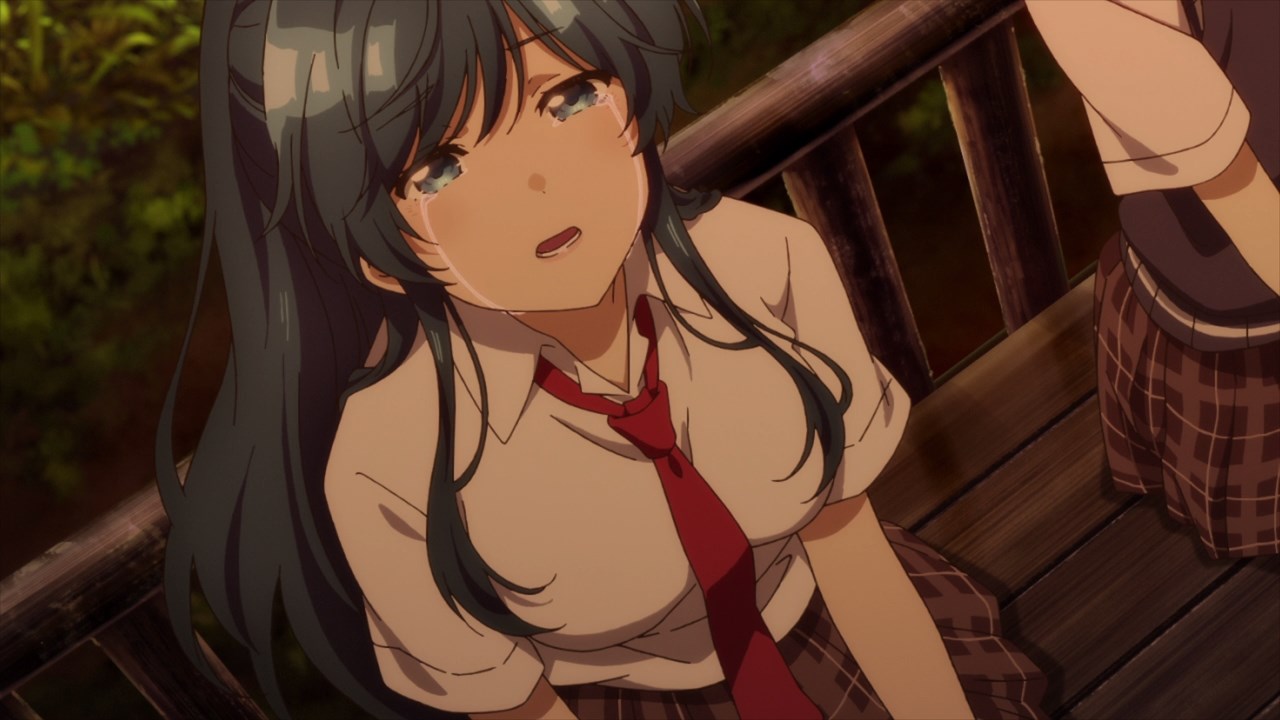 But speaking of Mimimi, she’s really frustrated that despite failing to catch up with Aoi Hinami, Minami Nanami can’t feel any jealousy towards her because Aoi really cares towards everyone. Poor Mimimi… 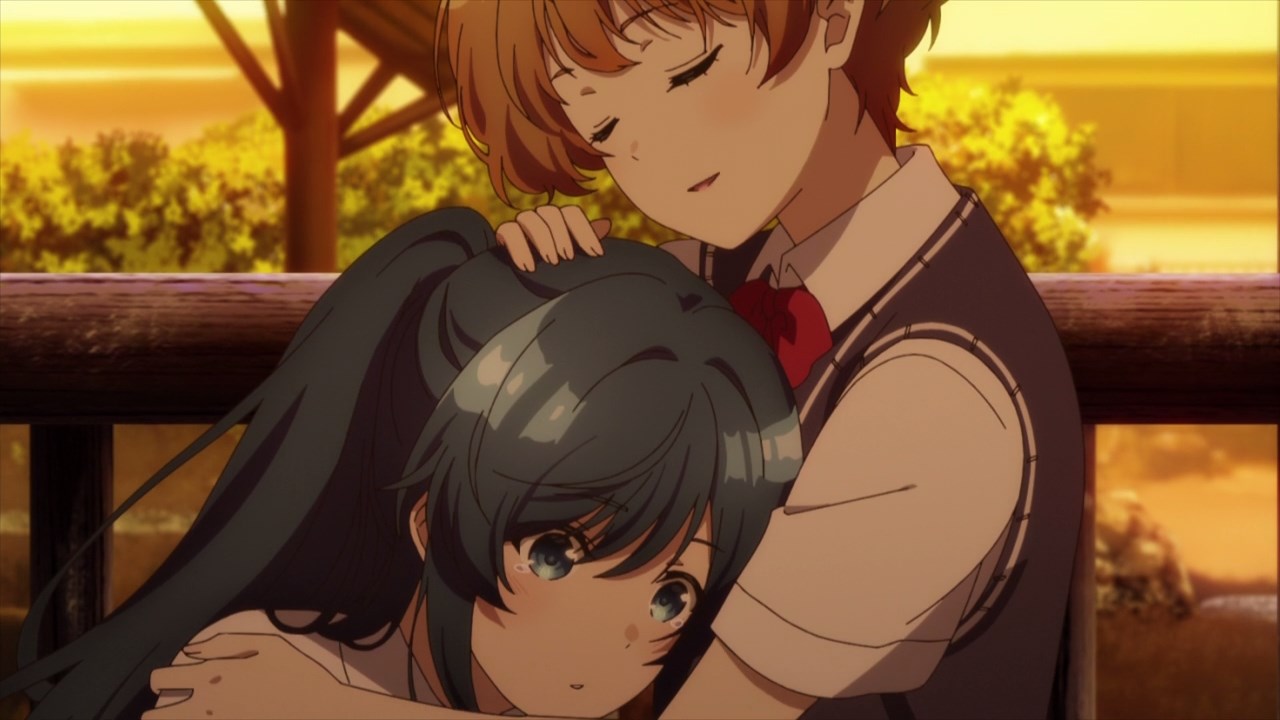 Of course, Yumiko Yamashita is here to comfort her because she really loves Minami Nanami. I mean, Minami is the number one student in Yumi’s eyes. 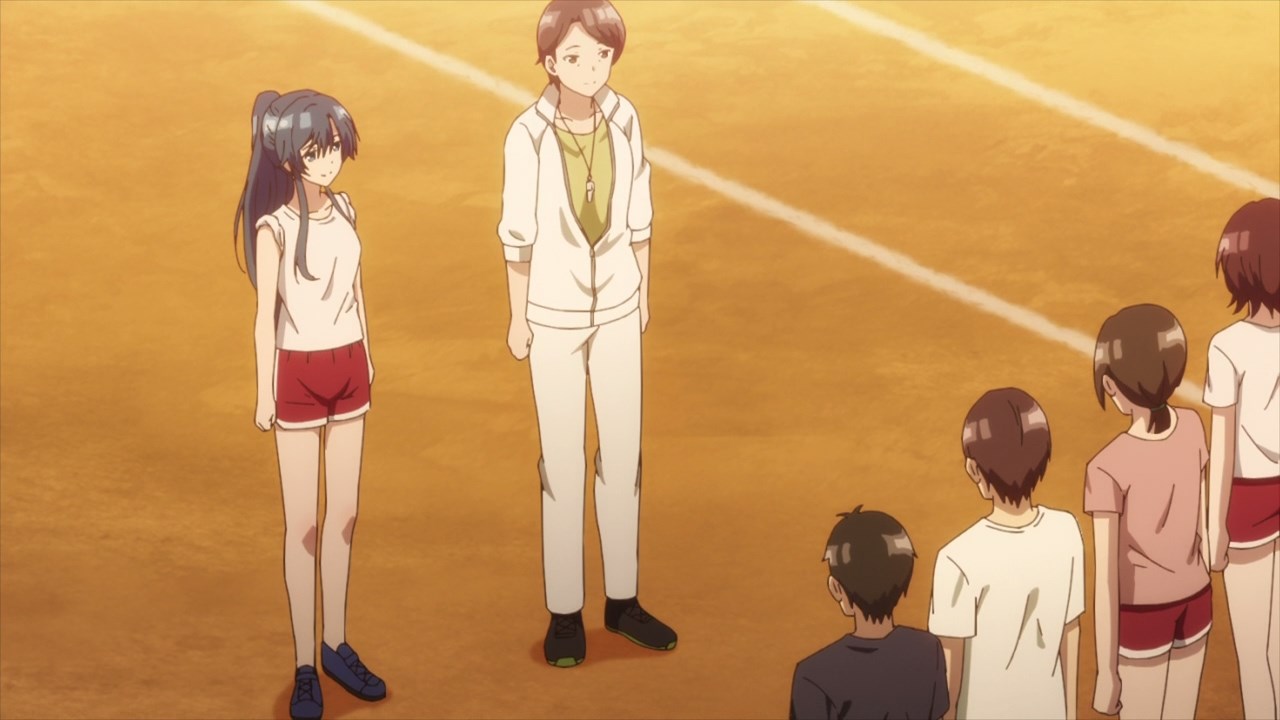 The next day, Minami Nanami re-joined the track and field club after quitting for a day. Um, it would be better if Mimimi didn’t resign as she would rather take her leave to think it over.

Still, I have to give props to Yumiko Yamashita for convincing Mimimi to continue her athletics career. Then again, I wish Fumiya Tomozaki would contribute on helping Nanami out. 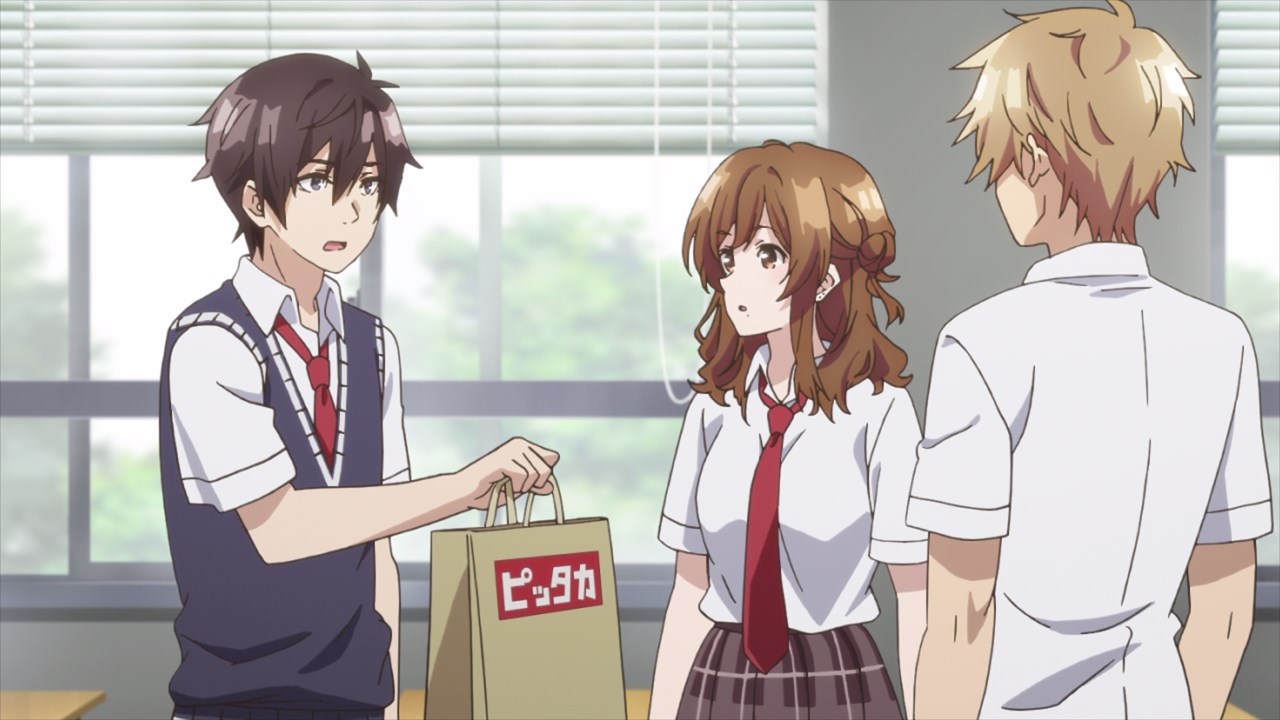 Speaking of Tomozaki-kun, he’s gonna give something to Shuji Nakamura ’cause it’s his birthday today. So what did Shuji received from Fumiya? 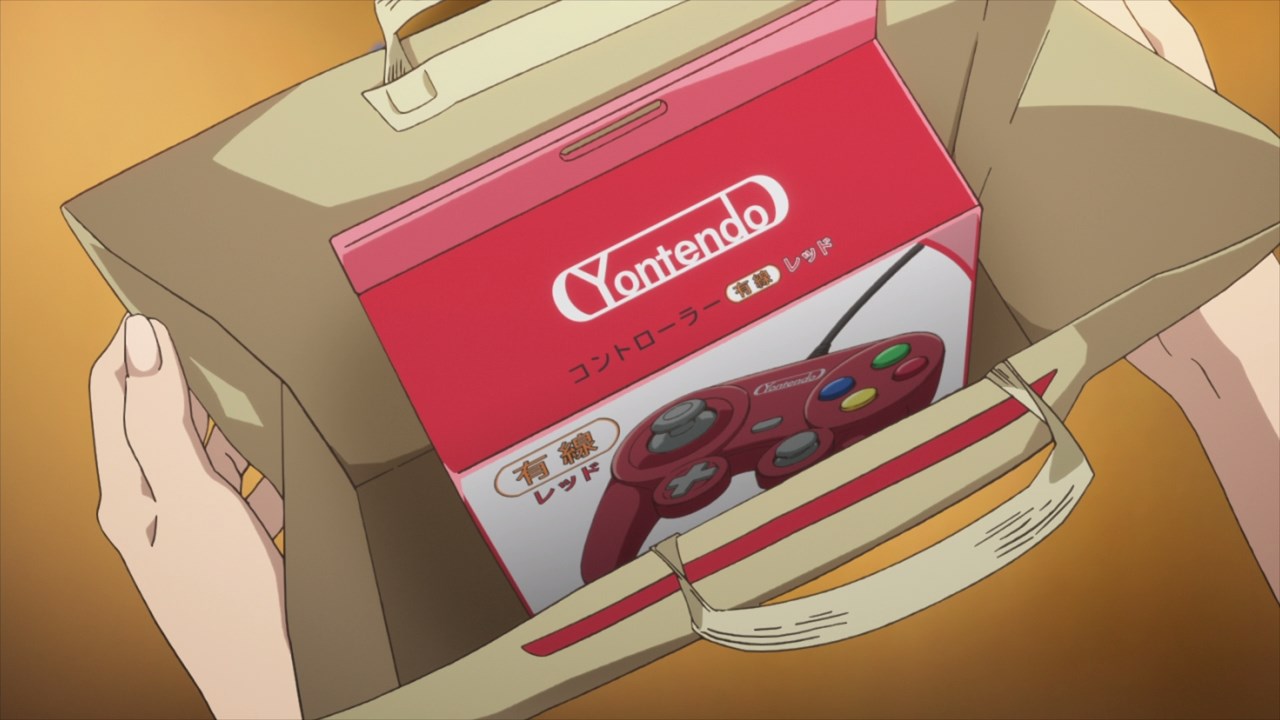 Well, a Yontendo controller which is perfect for TackFam. I guess Tomozaki-kun knows Nakamura’s taste but I wish he should know more about Shuji’s tastes. 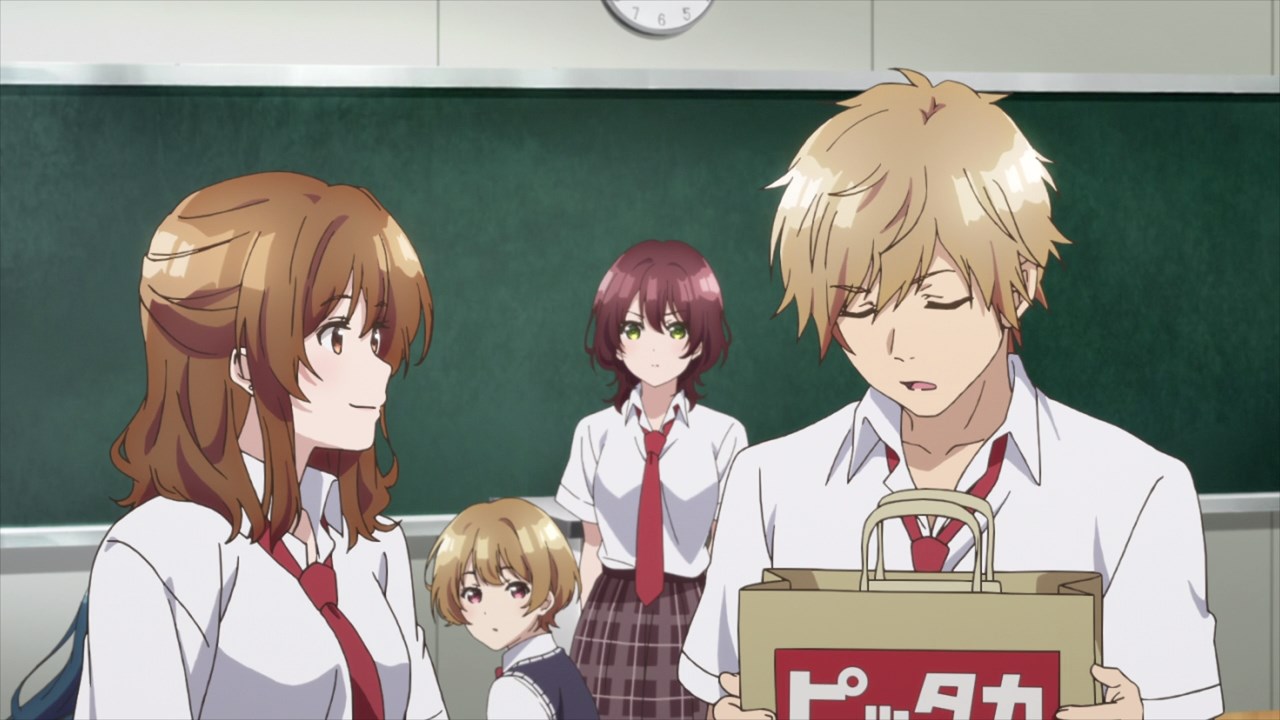 Sadly, Fumiya Tomozaki didn’t talk much towards Shuji Nakamura which is a bummer since he needs to be friendly towards everyone, including some mean-looking students.

Anyways, I’m hoping that Tomozaki-kun will score a date with Fuuka Kikuchi on the next episode ’cause it’s a requirement if Fumiya wants to survive the real world.