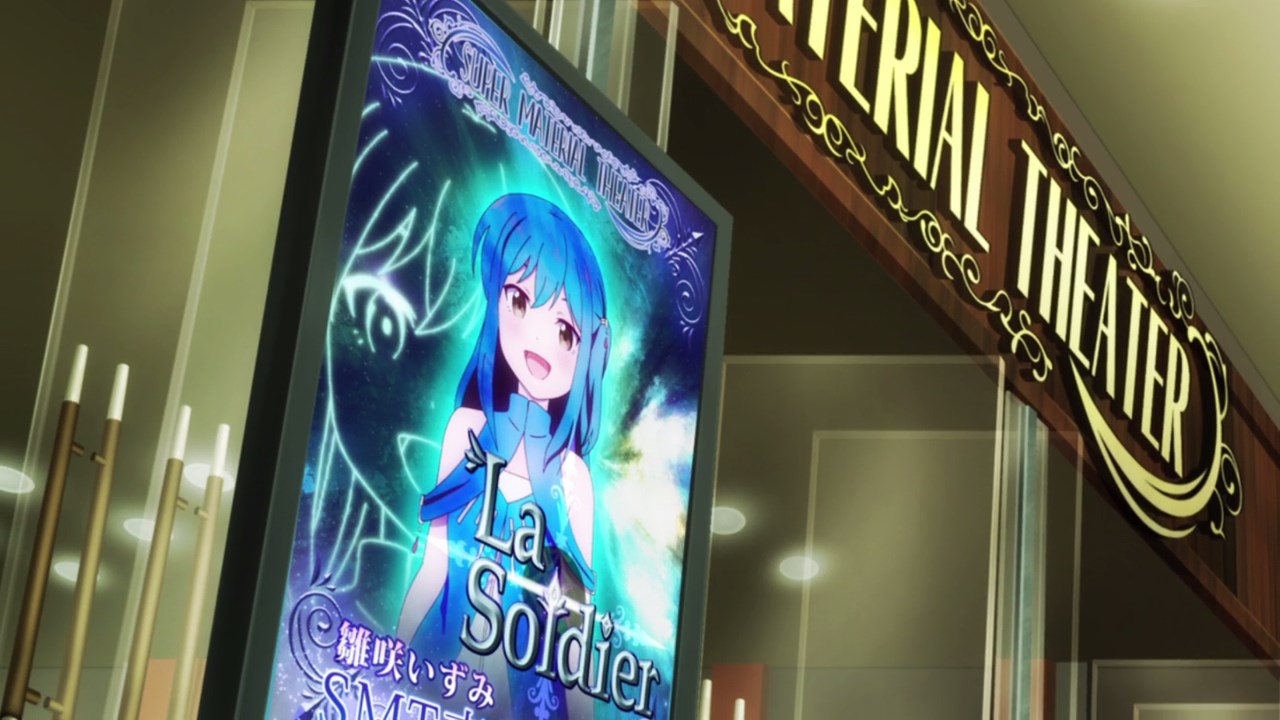 Well, it appears that Izumi Hinazaki has officially retired from Super Material Theater after being a top actress for more than a year. Sad to see Izumi go but honestly, I think her time in SMT is up thanks to Hirokazu Takezaki getting his Act Doll. 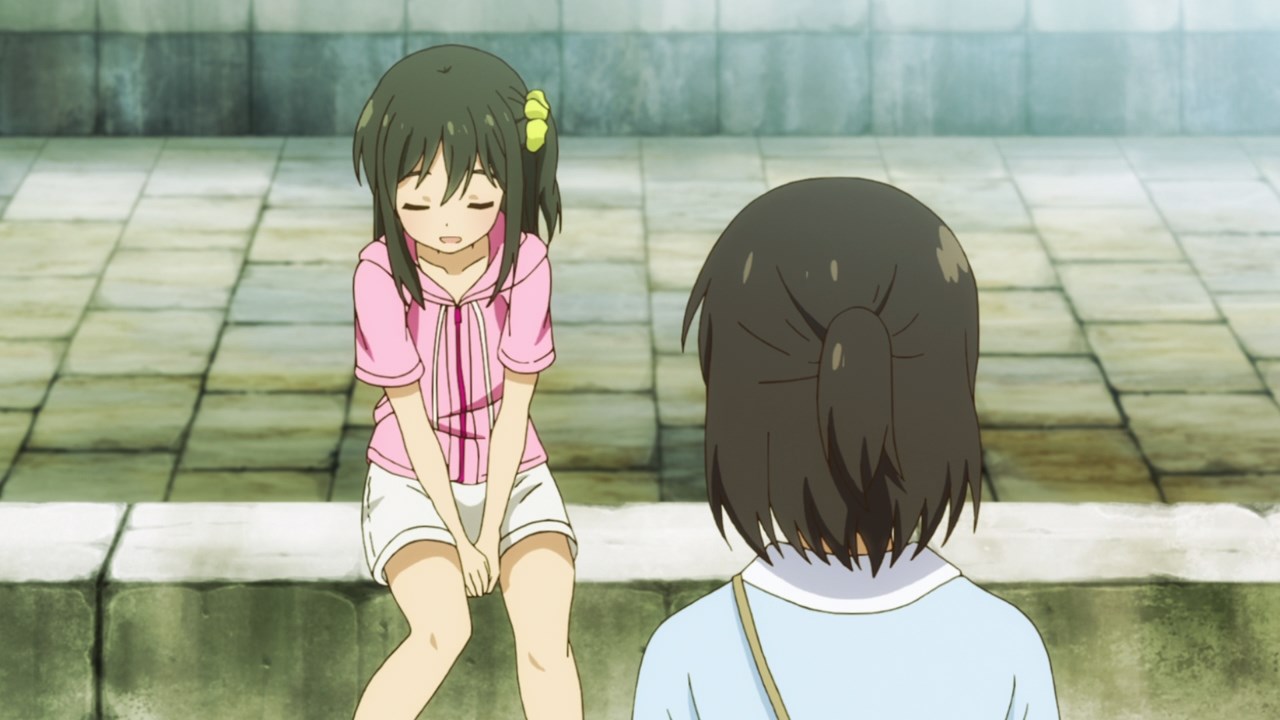 For Hinazaki, seeing her friend Airi Kagami while being a former SMT actress is pathetic. Of course, Izumi can turn her life around but the problem is whether her former teammates at Alice in Theater will welcome her back. 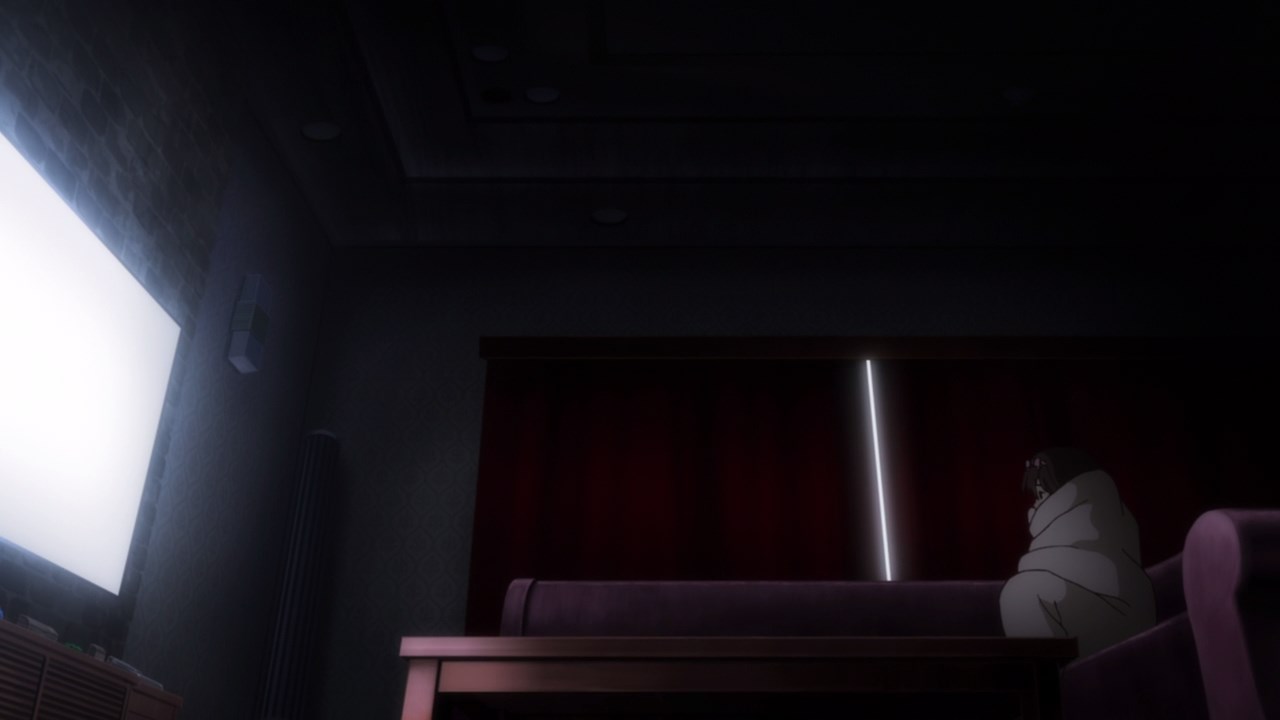 Speaking of Alice in Theater, there’s some bad news as Kaoru Sakakibara went missing, hence you see Seria Morino moping around inside her house. But it gets worse… 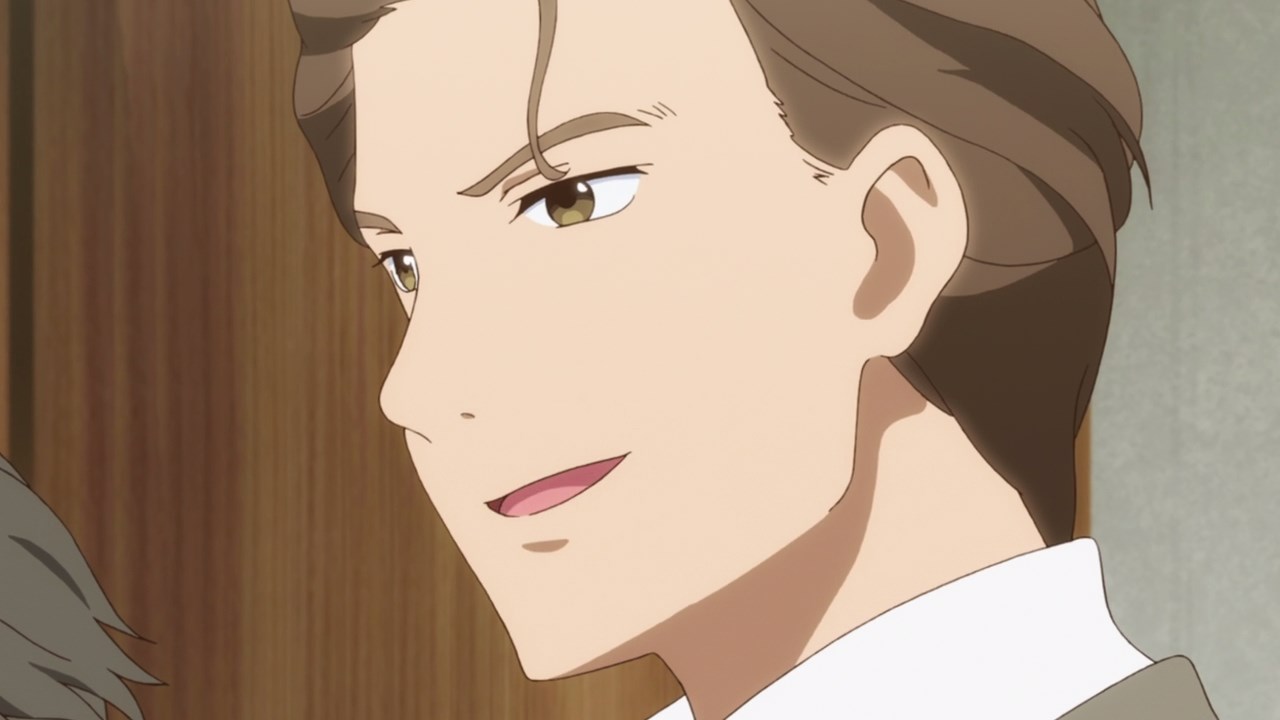 Turns out that the the building is now owned by Hirokazu Takezaki. Basically, he told the girls at Alice in Theater to pack up and leave, never to return to the stage ever again. 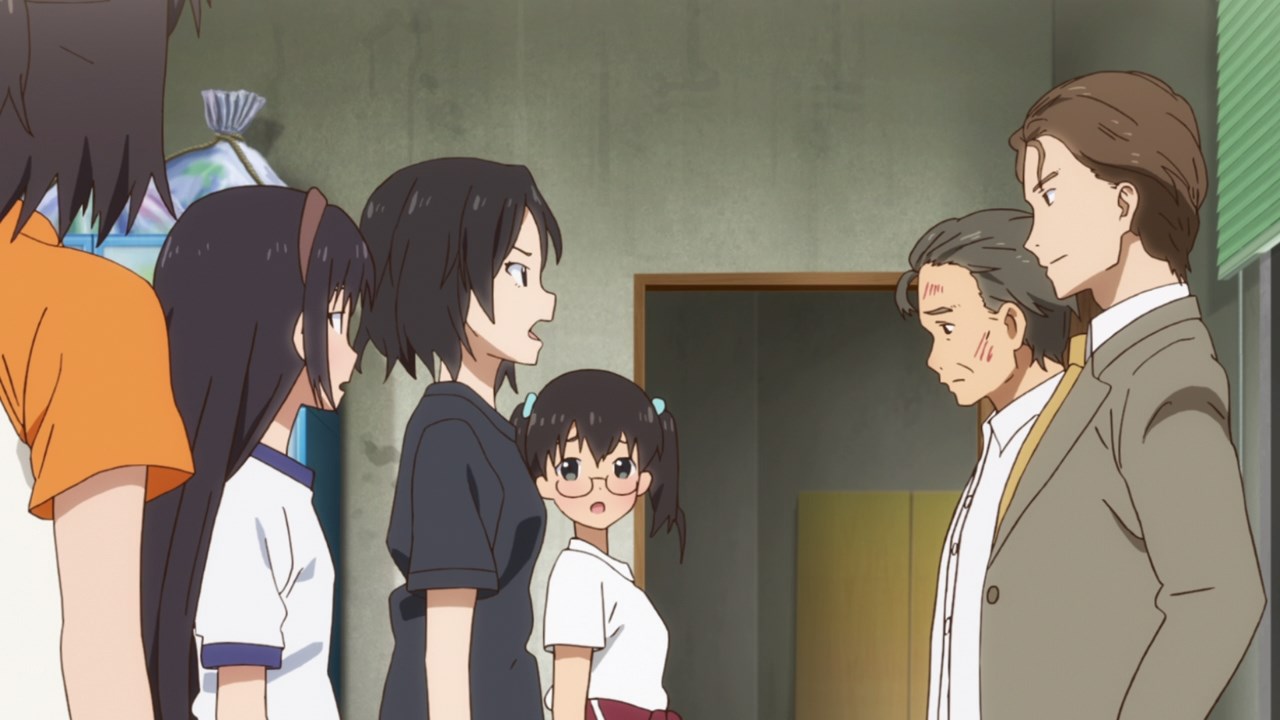 Of course, Akira Asagi told him that the troupe will continue to operate. Then again, there’s no venue to perform their stage plays.

Seriously, Takezaki is a fuckin’ scumbag where he straight-up ignored the bet just because Sakakibara went missing. On the other hand, where’s the Act Doll? 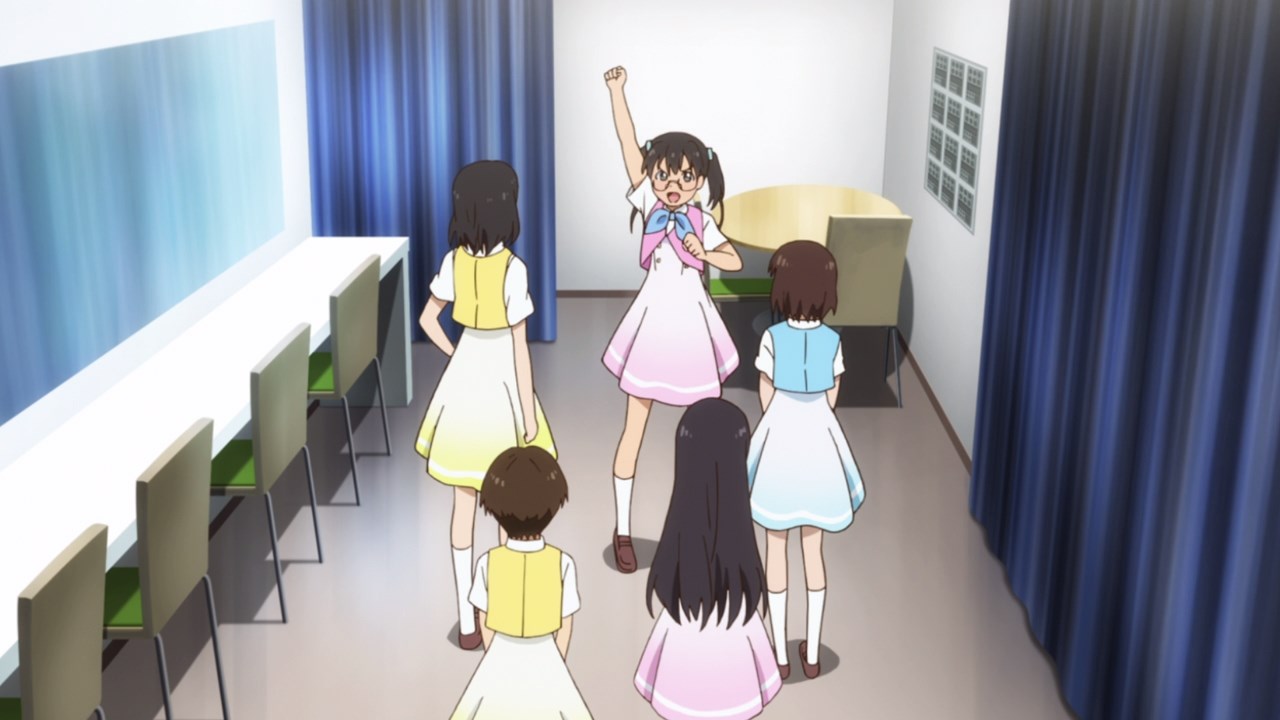 For now, Alice in Theater are doing guerilla performances across Tokyo. Then again, they mostly do idol dances since they don’t have props for a proper stage play. 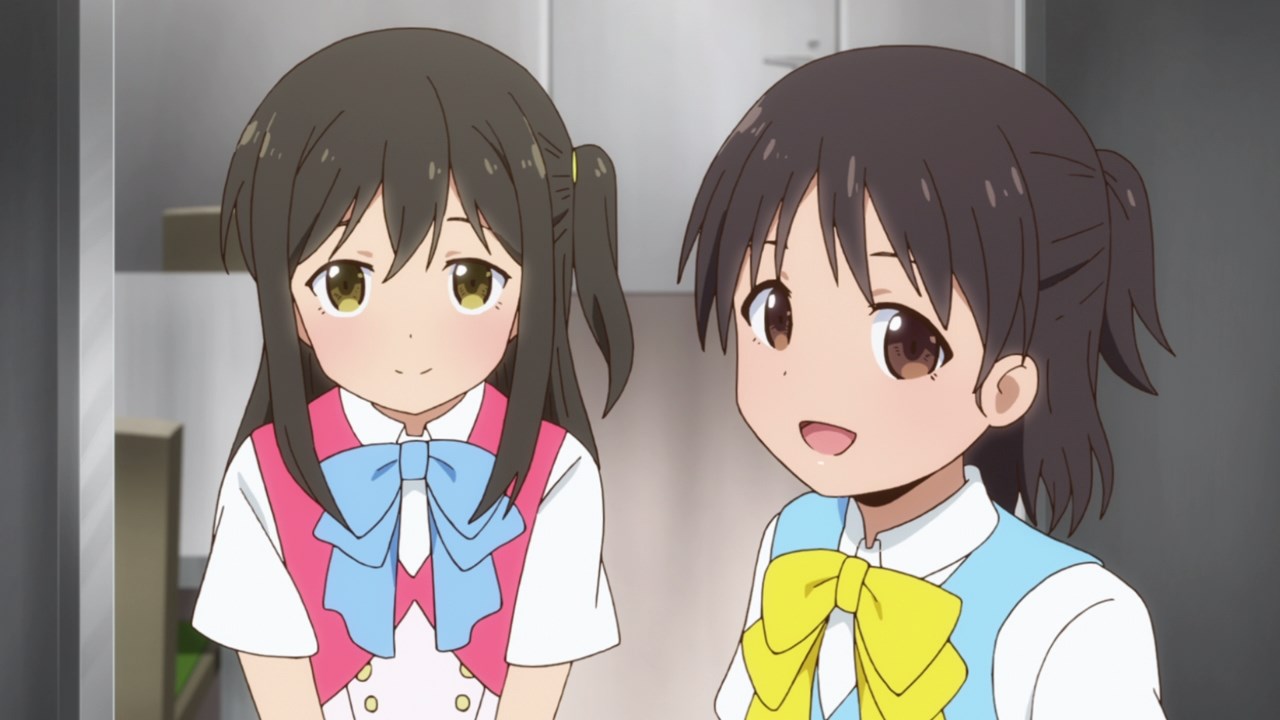 On the other hand looks like Airi Kagami brought a special guest in the form of Izumi Hinazaki. For many, it’s a shocker that Izumi has returned to her old troupe and here’s the thing, she’s gonna perform too. 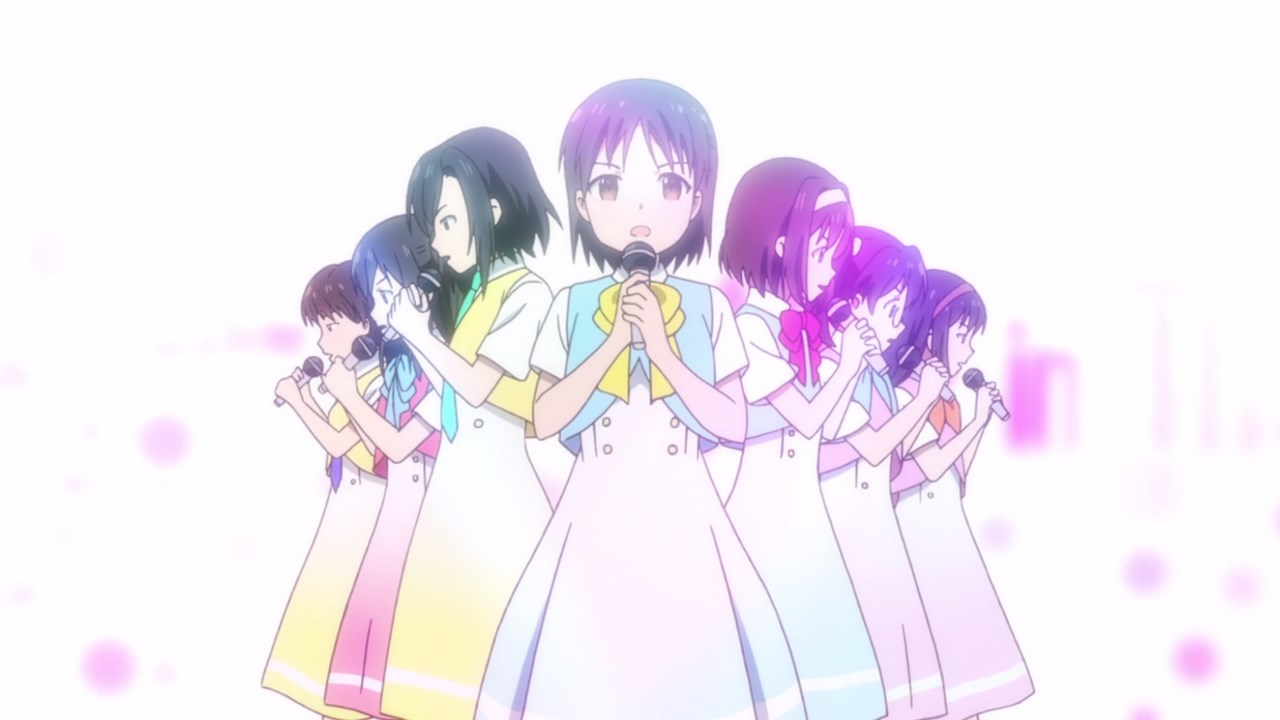 And so, Alice in Theater plus Izumi Hinazaki put a stunning show. Of course, some of the audience are surprised that Izumi is back after her acting stint at SMT. 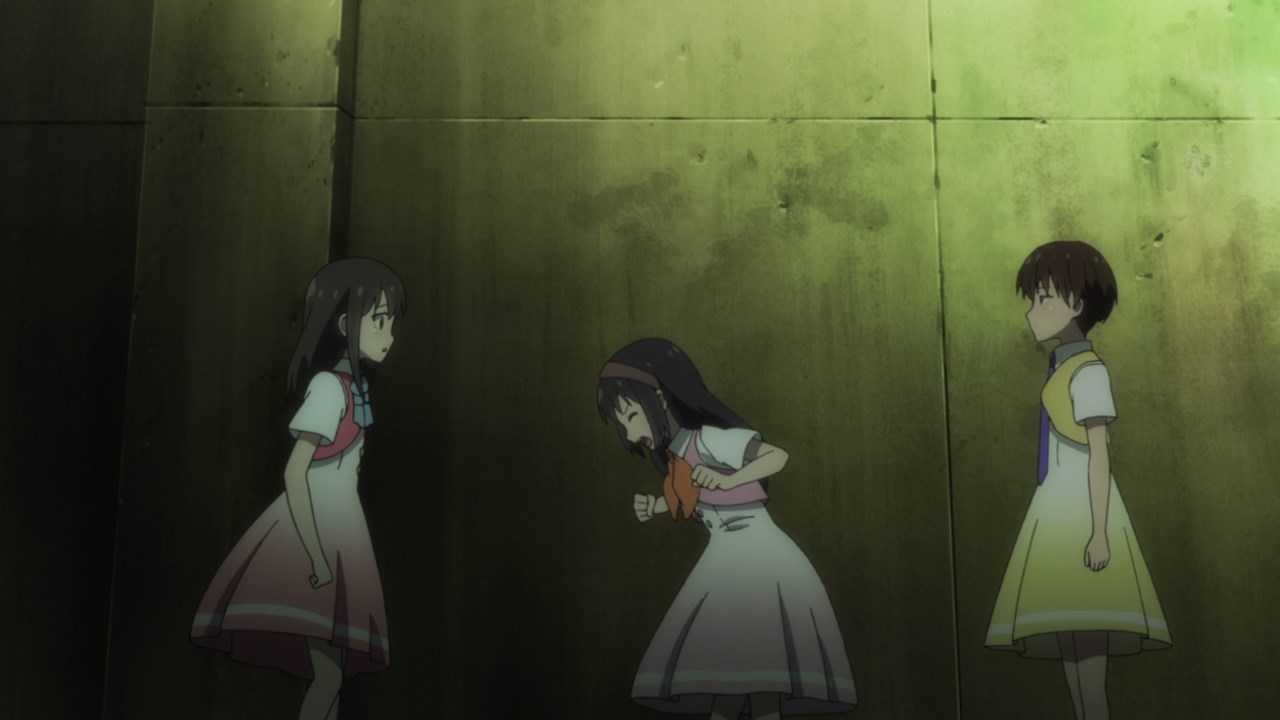 Speaking of Hinazaki, a few of them don’t like her return as Mayuri Nakamura lash her out for being selfish who left the troupe on a whim. Understandable since some of the members idolized Izumi for a long time. 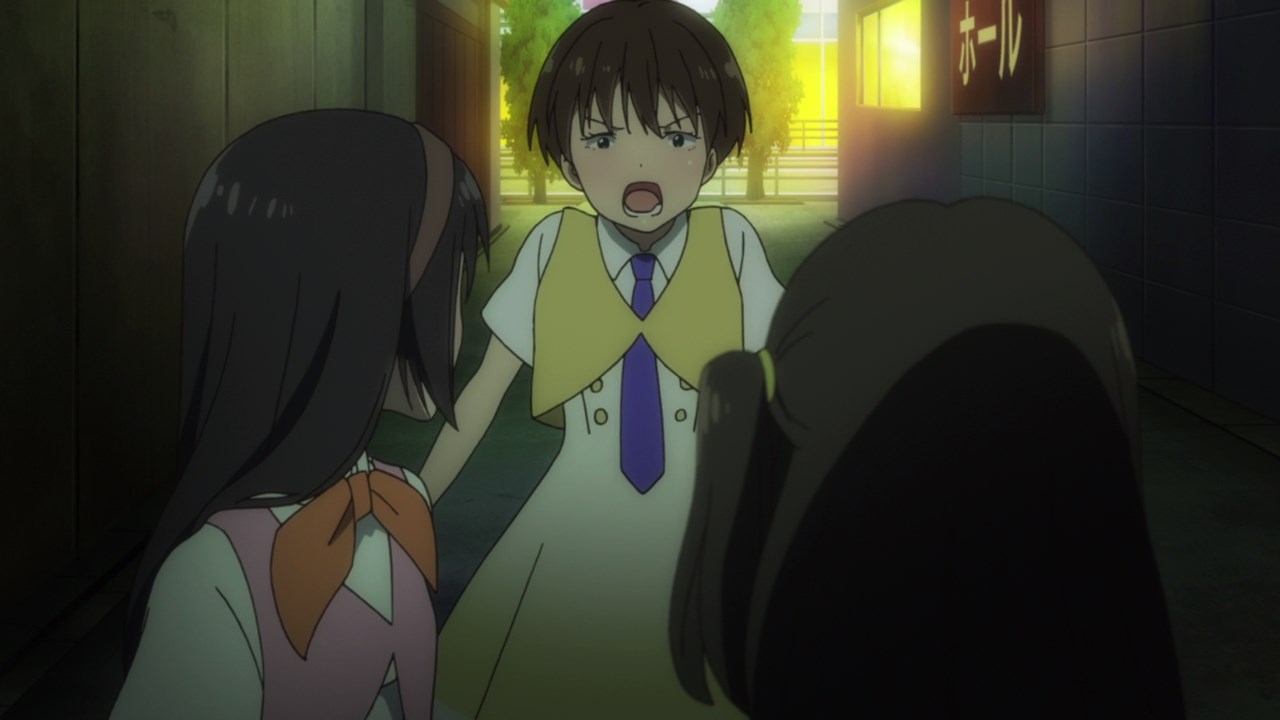 Of course, they can’t afford to bicker all the time as Kazuharu Yamamoto told them to stop fighting. C’mon, it’s important to work together if they want to survive against Takezaki’s Super Material Theater. 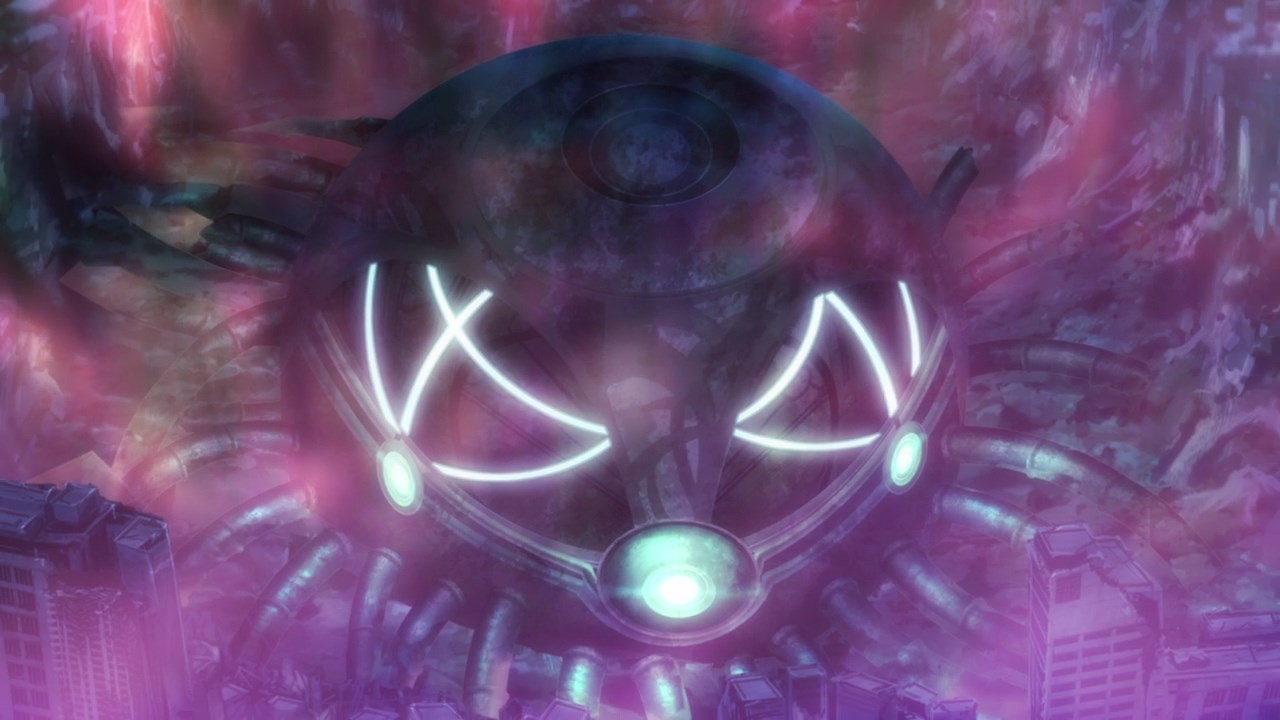 Meanwhile, let’s talk about the Grand Material System where Hirokazu Takezaki will use it to control all Theatrical Material Systems across the world. Man, he’s really insane! 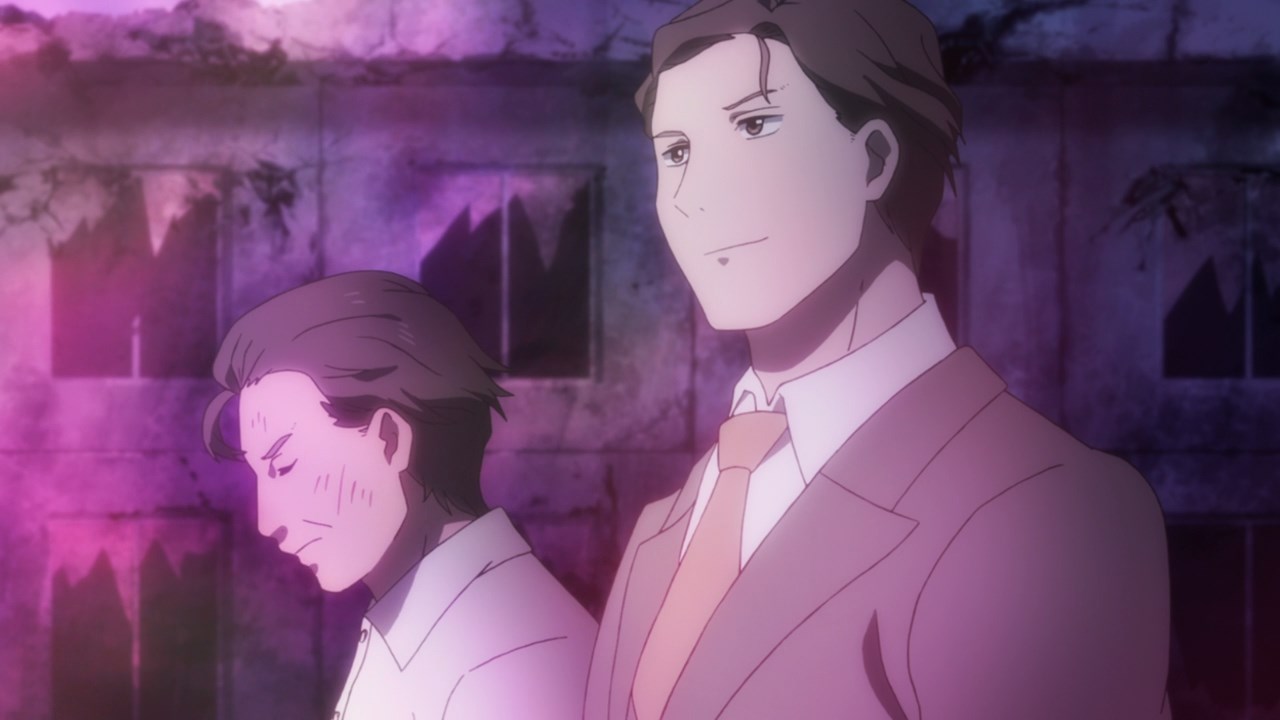 Then again, a Chrono Crystal is needed to activate the GMS but here’s the problem. You see, remember the pendant that Kaoru Sakakibara has it on the previous episode? Well, that’s the Chrono Crystal and Kaoru somehow kept it.

Looks like Hirokazu Takezaki won’t have his way on controlling the world but you know something, I wonder if Masahiro Mino is really working with Takezaki or he’s actually trying to stop this madman? Anyways, I smell another disaster if the Grand Material System is activated again. 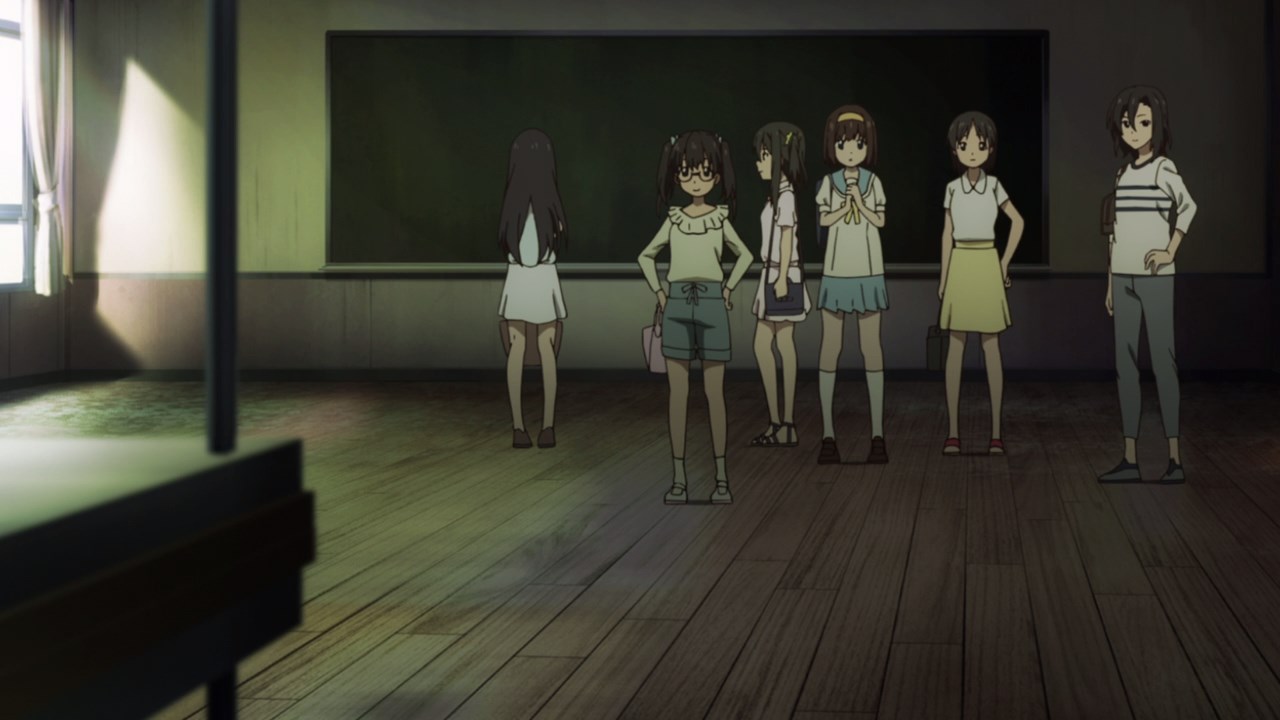 Now then, looks like Alice in Theater found their own venue which turned out to be an abandoned high school building owned by Makoto Higuchi’s father. Well actually, her father was a member of the board of directors so he didn’t own the building entirely.

But hey, it’s nice that the troupe has a place where they can perform stage plays and sure that there’s no Theatrical Material System, they can make stage props by hand much like how drama clubs used to do back in the day. 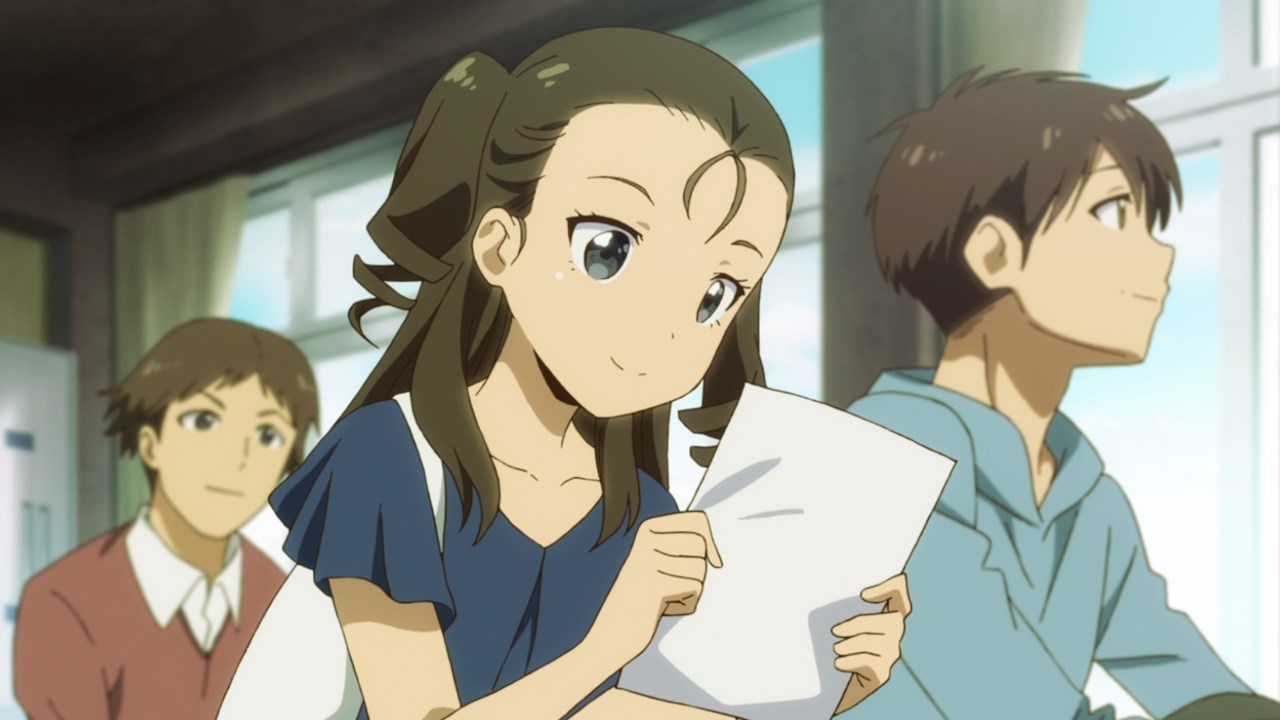 Still, I have to give thanks to Makoto Higuchi for helping out Alice in Theater as she and the rest of the audience are about to watch the stage play titled “Marker Light Blue”. 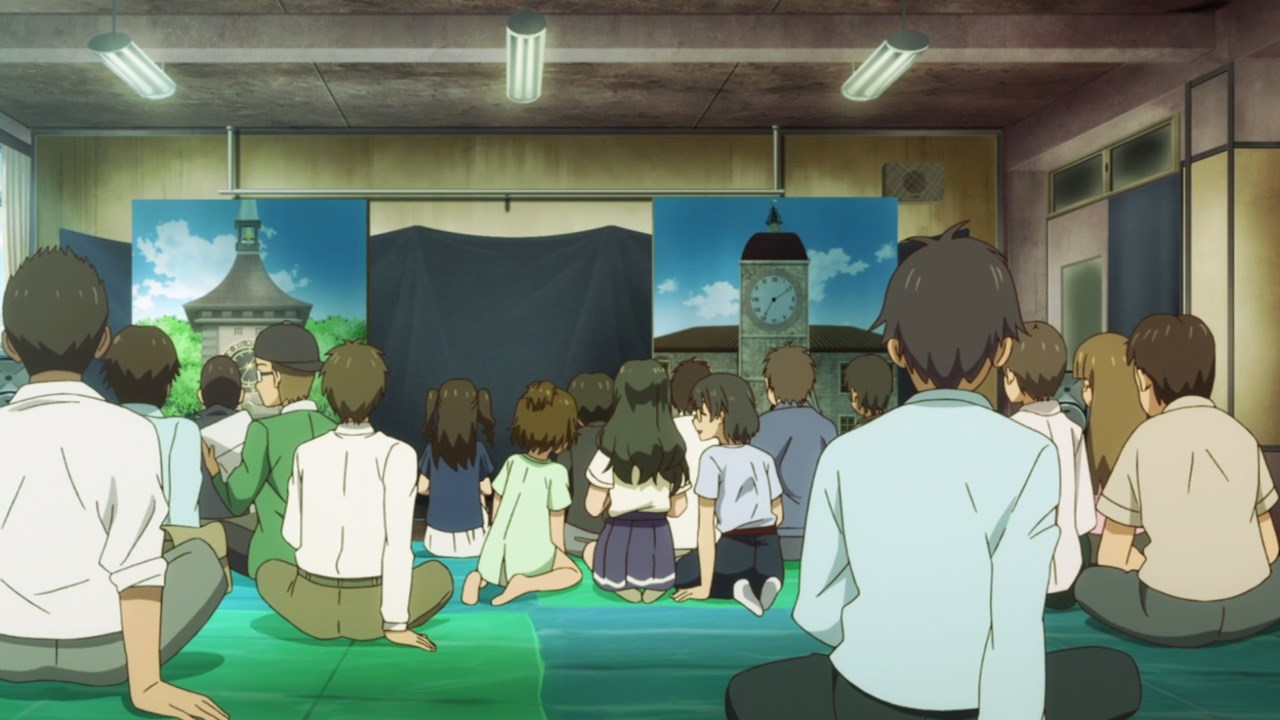 So while Alice in Theater are getting back up again, I’m really scared about Hirokazu Takezaki’s plan to hallucinate the entire world with his stage plays. God, I feel that this guy needs to be stopped as soon as possible!

Anyways, tune in next time where we’re gonna see Alice in Theater’s stage play. Then again, I think the next episode will skip that part.