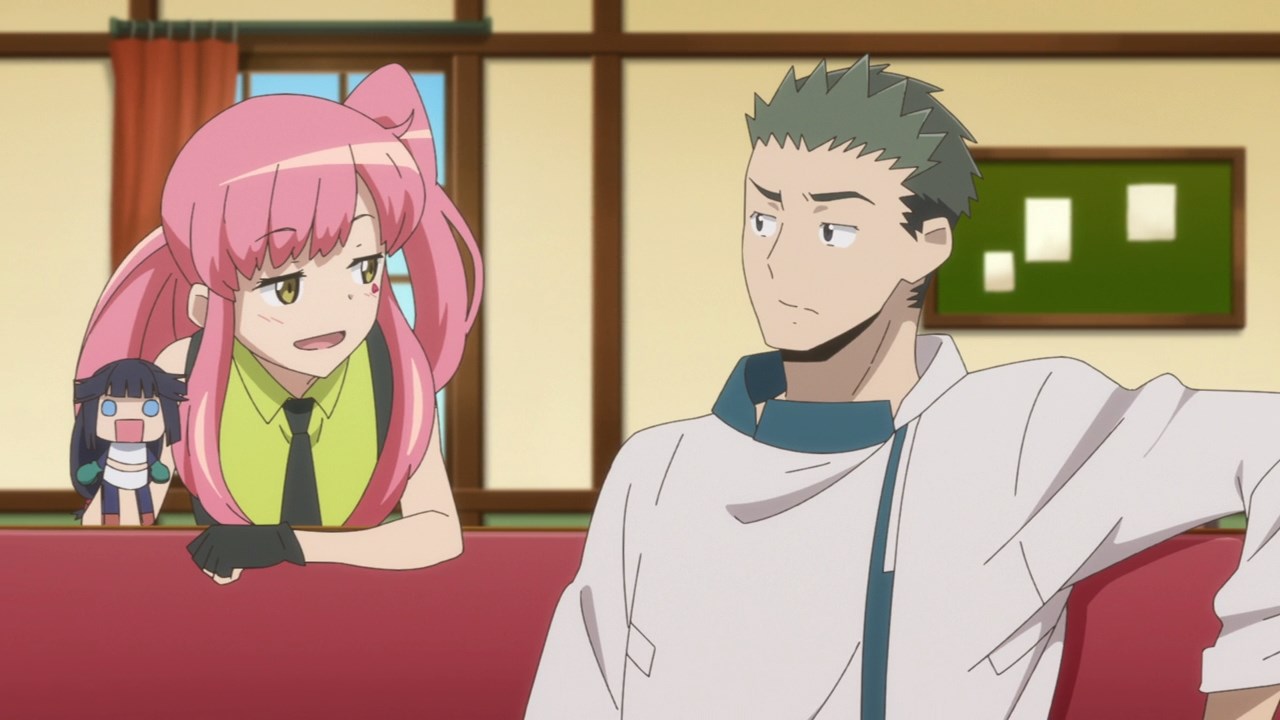 Ah Tetra, it appears that the idol is curious about Shiroe’s relationship with Kanami ever since she learned that both Shiroe and Kanami are lovers, although it’s more like a secret relationship than an official one as Kanami still has feelings for Shiroe even after marrying someone in Europe. 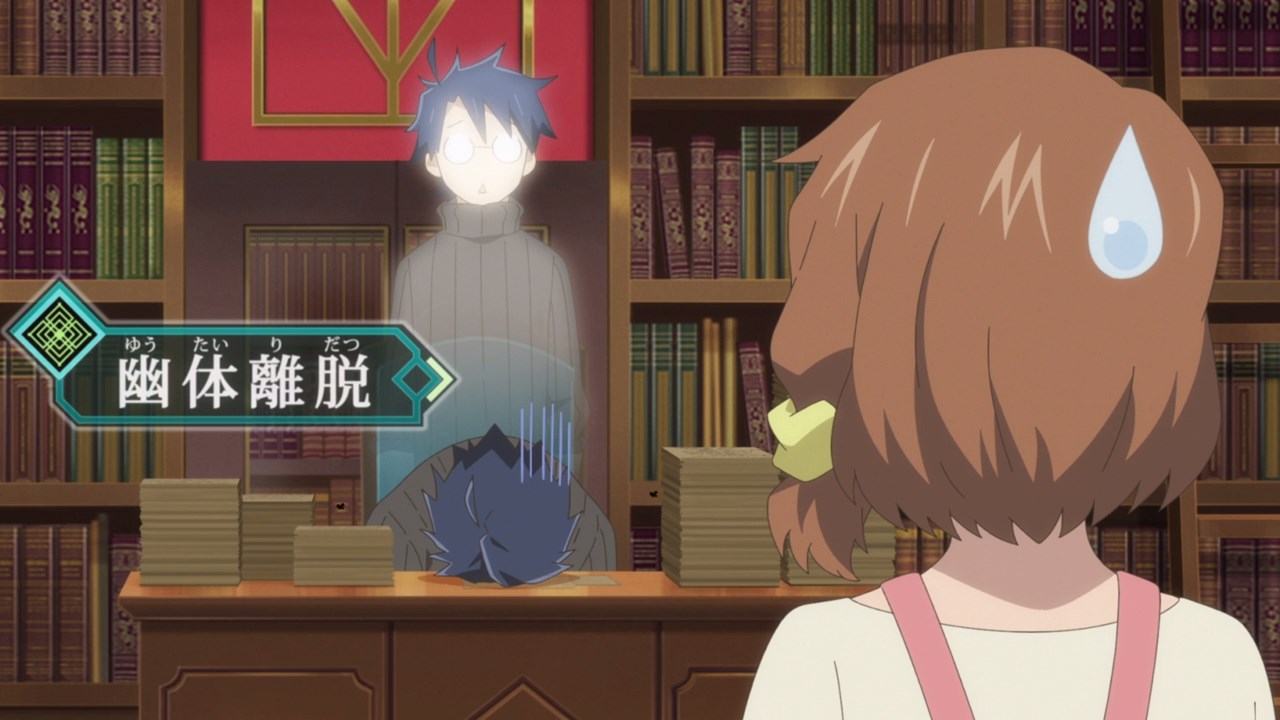 Speaking of Shiroe, he’s having a hard time doing paperwork ever since the Round Table Conference is reformed after the elections.

Um Shiroe, I think you should ask Minori or any other people for assistance instead of taking the full brunt of it. 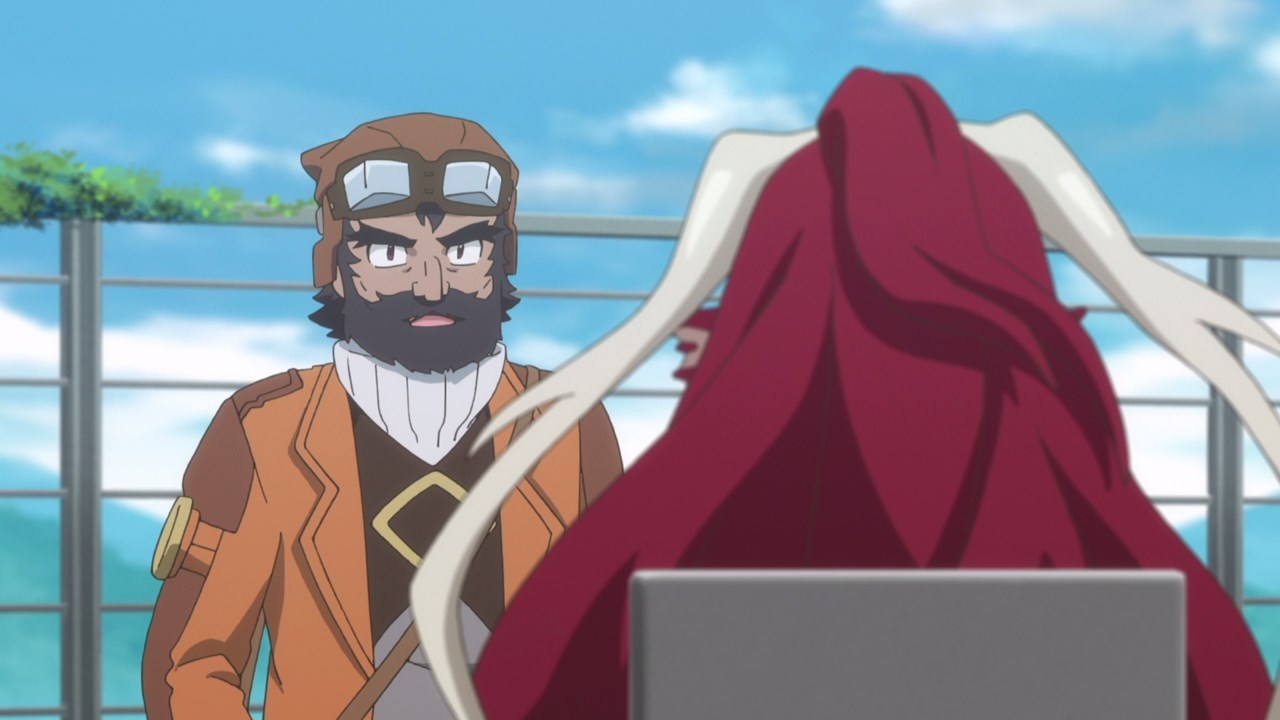 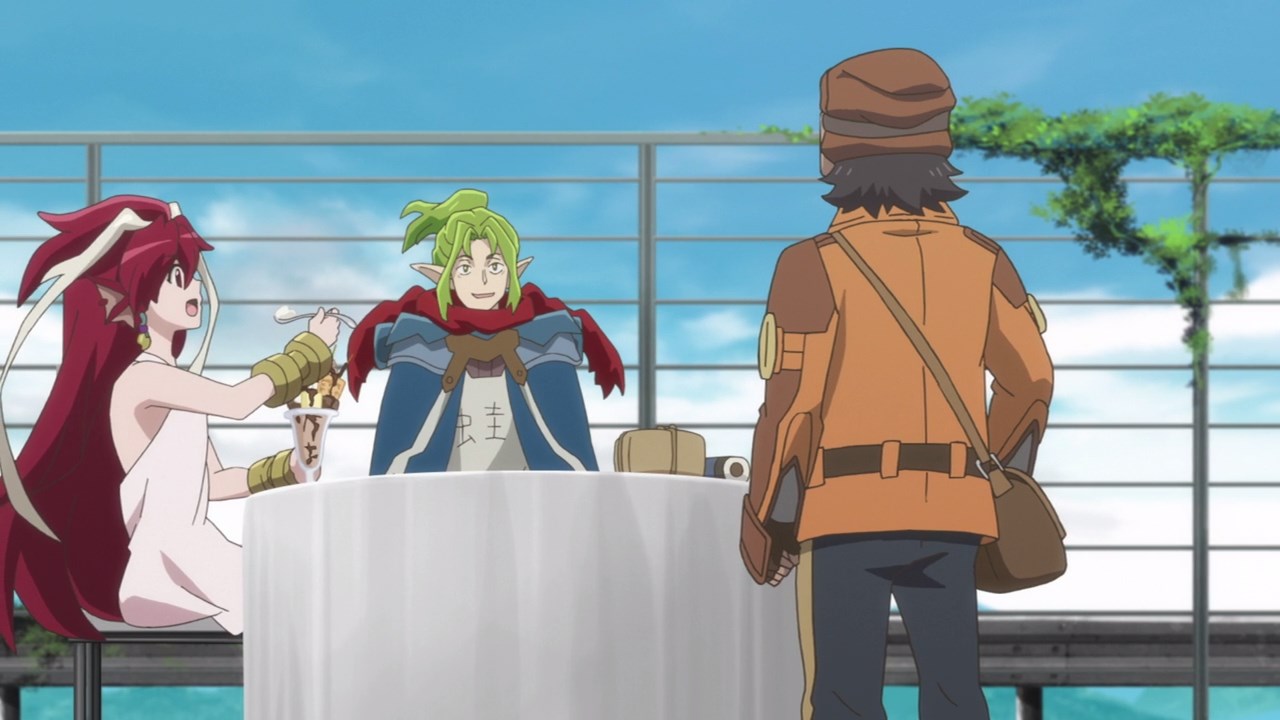 In any case, KR wants Woodstock to deliver letters to him as he wants to share Shiroe’s idea to other members who are not affiliated to Indicus. Besides, using telepathic link is inconvenient ’cause it might get tapped. 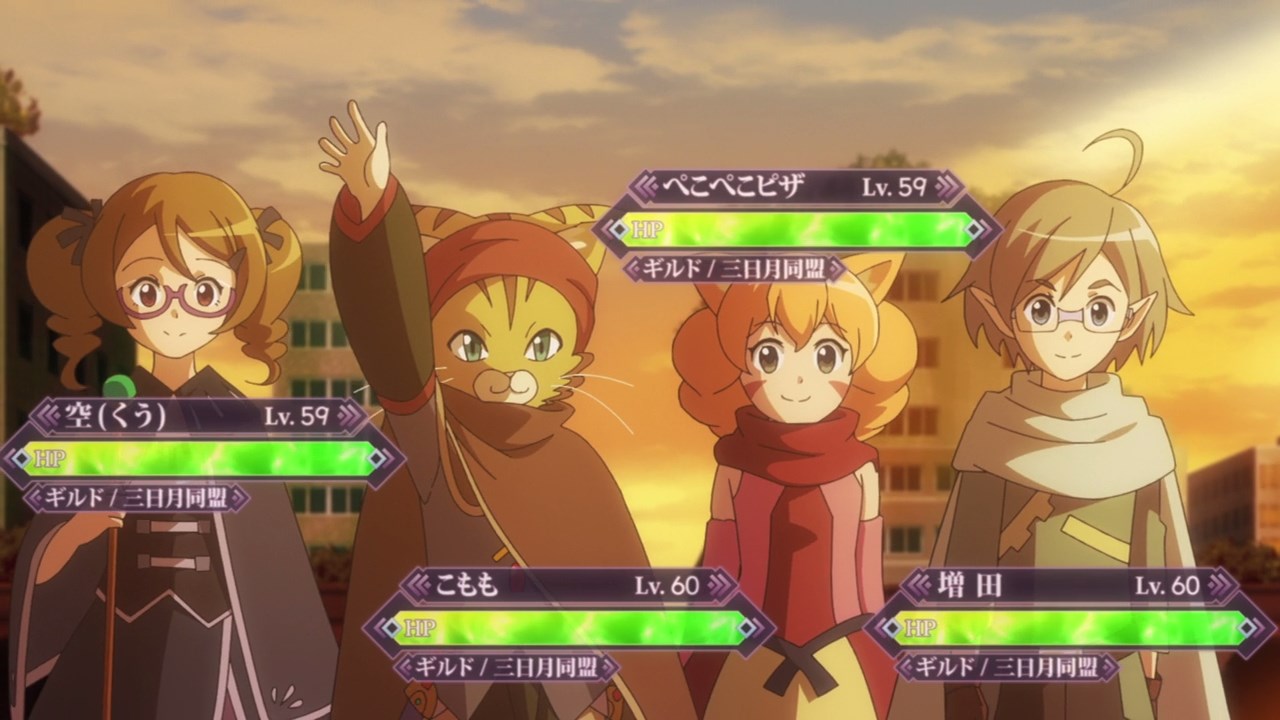 Now then, looks like Minori saw some of her friends as Kuu, Komomo, Peko Peko Pizza, and Masuda are here to see her for a long time.

Not only they found a decent guild but they reached Level 60, meaning that they grown stronger ever since they escaped Hamelin. 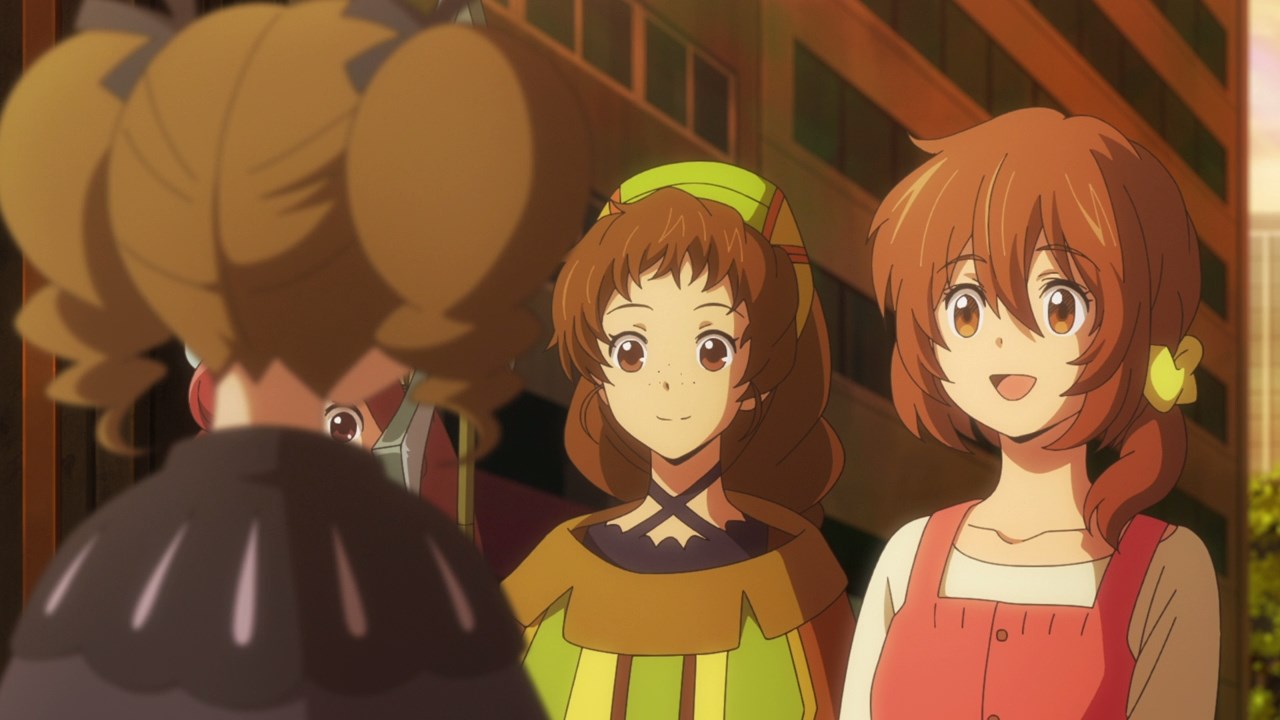 Speaking of Minori, she’s grown a lot to the point that Minori is becoming more like Shiroe minus his villain-like mannerisms. It would be bad if Minori becomes a bad girl. 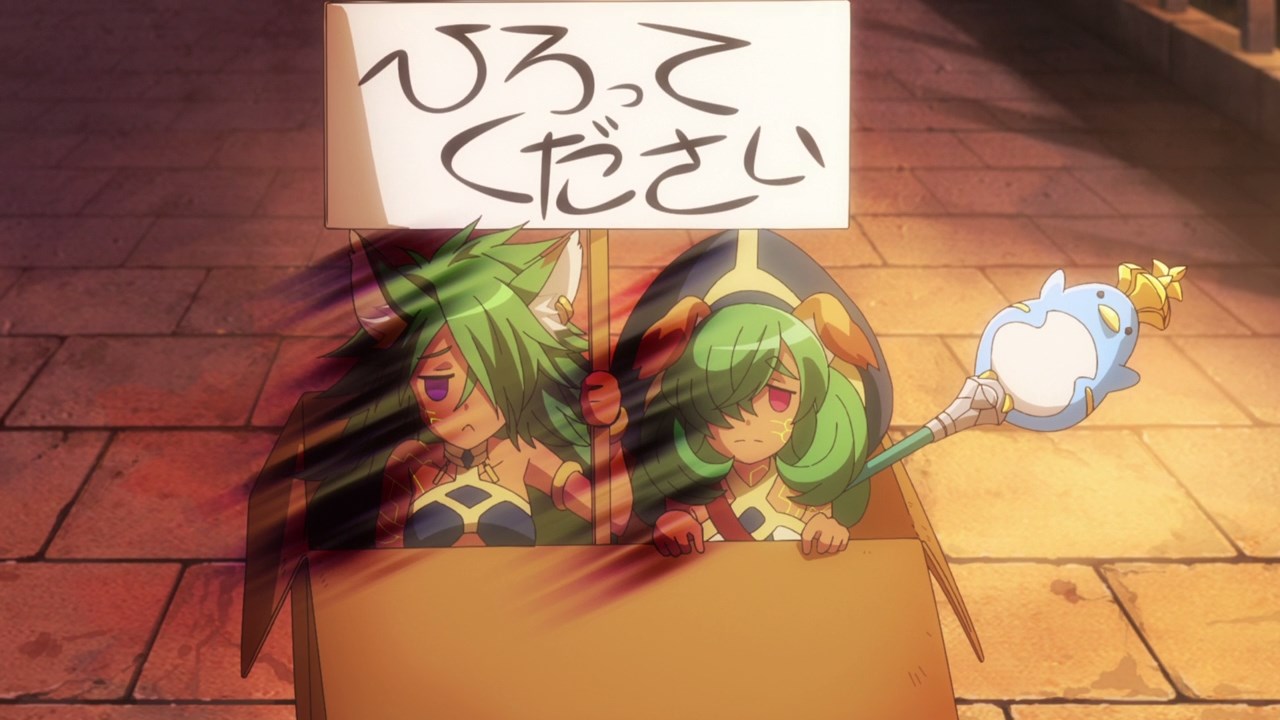 On the other hand, looks like Minori and her friends found two wolf girls who are begging to be adopted by someone. 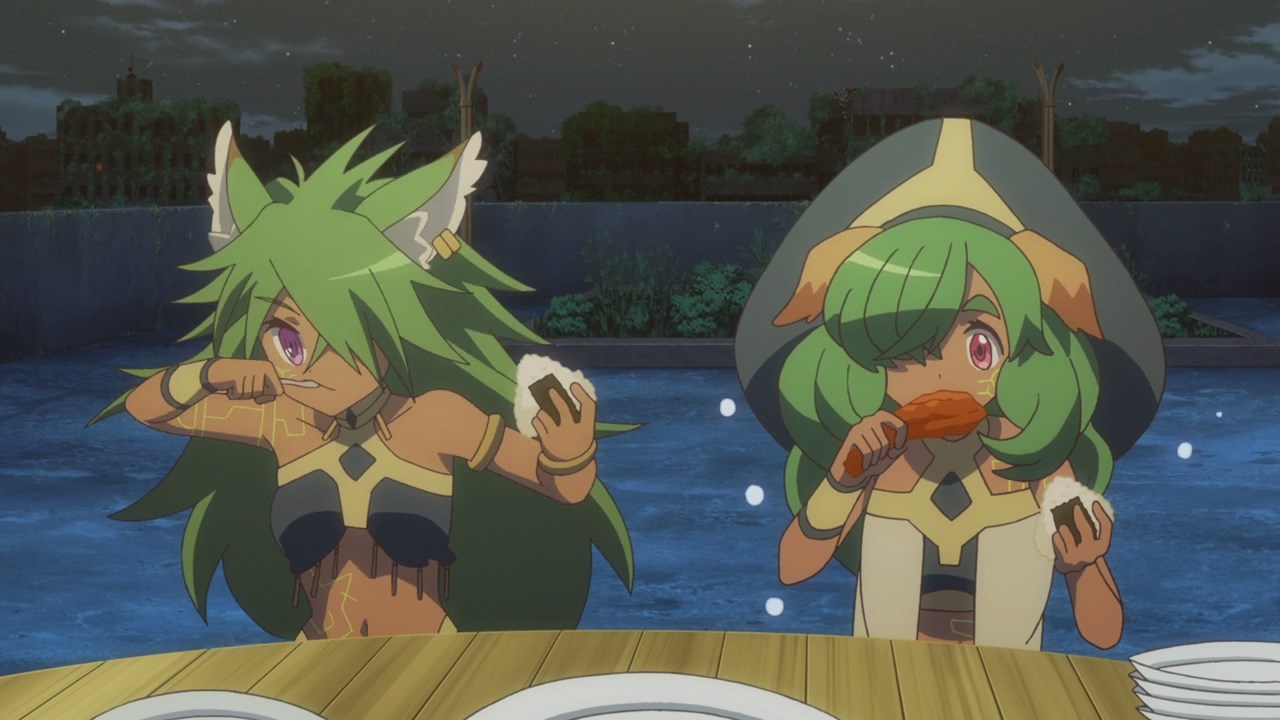 Fortunately, Log Horizon managed to take them in where Nyanta made some delicious food to the wolf girls. Guess they’re really hungry after arriving in Akiba. 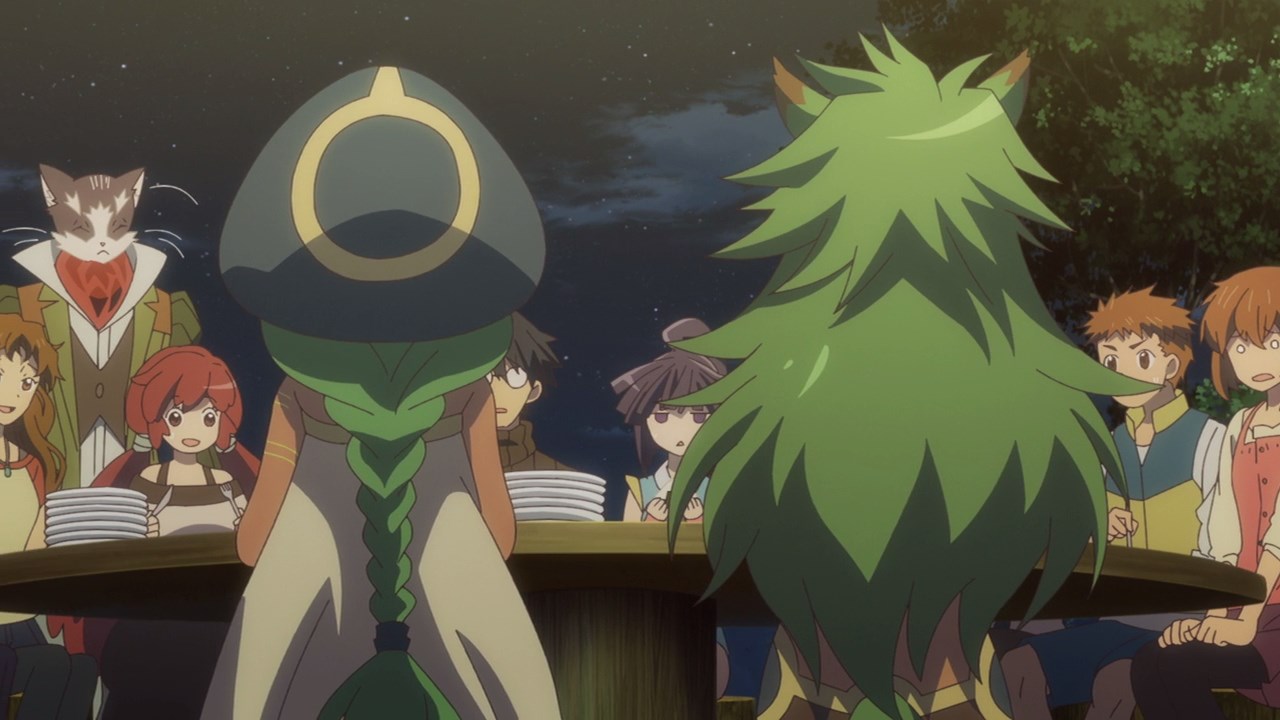 Anyways, they’re actually Ancients named Leila and Litka Mofur who are founding members of the Izumo Knights, although their presence is being overshadowed with numerous expansions.

While Shiroe took them into the guild, there’s one person who don’t like their presence. 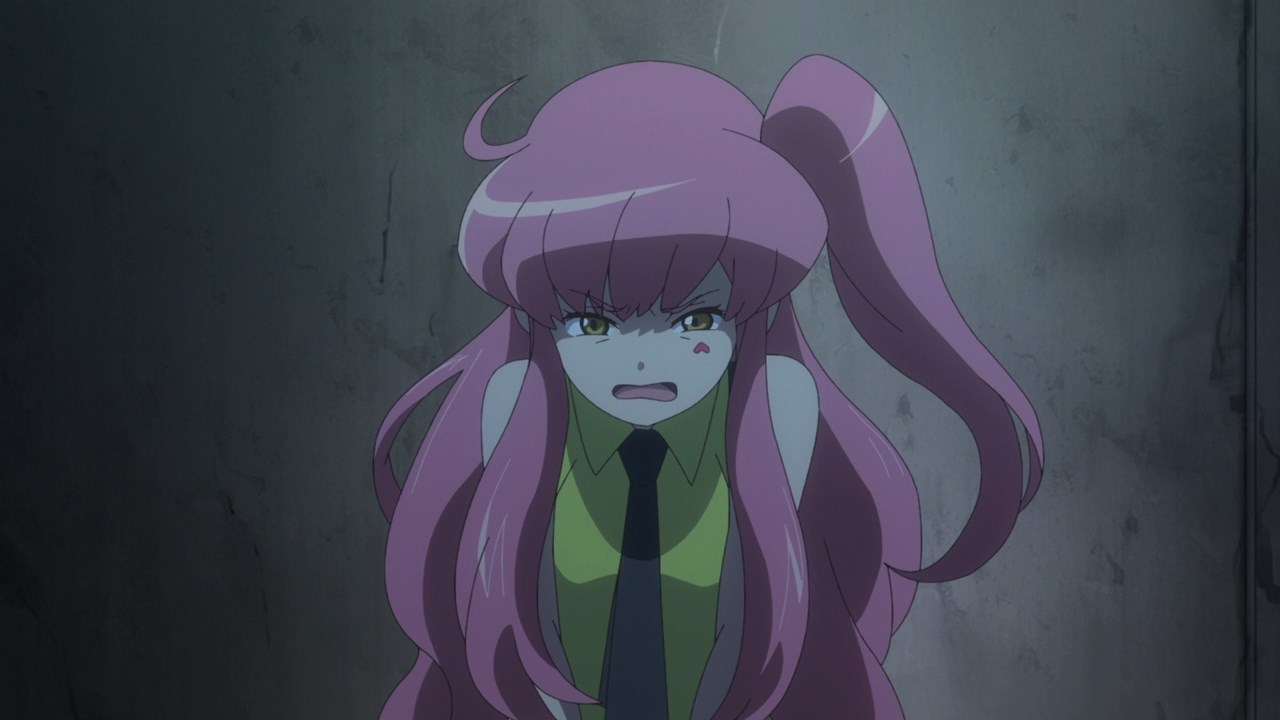 Take Tetra for example where she’s horrified about a certain fetch quest conducted by the Mofur sisters.

It’s so notorious that Tetra almost lost her sanity upon collecting a thousand or more shells, only for the wolf sisters to lose it again and ask her to fetch some more. 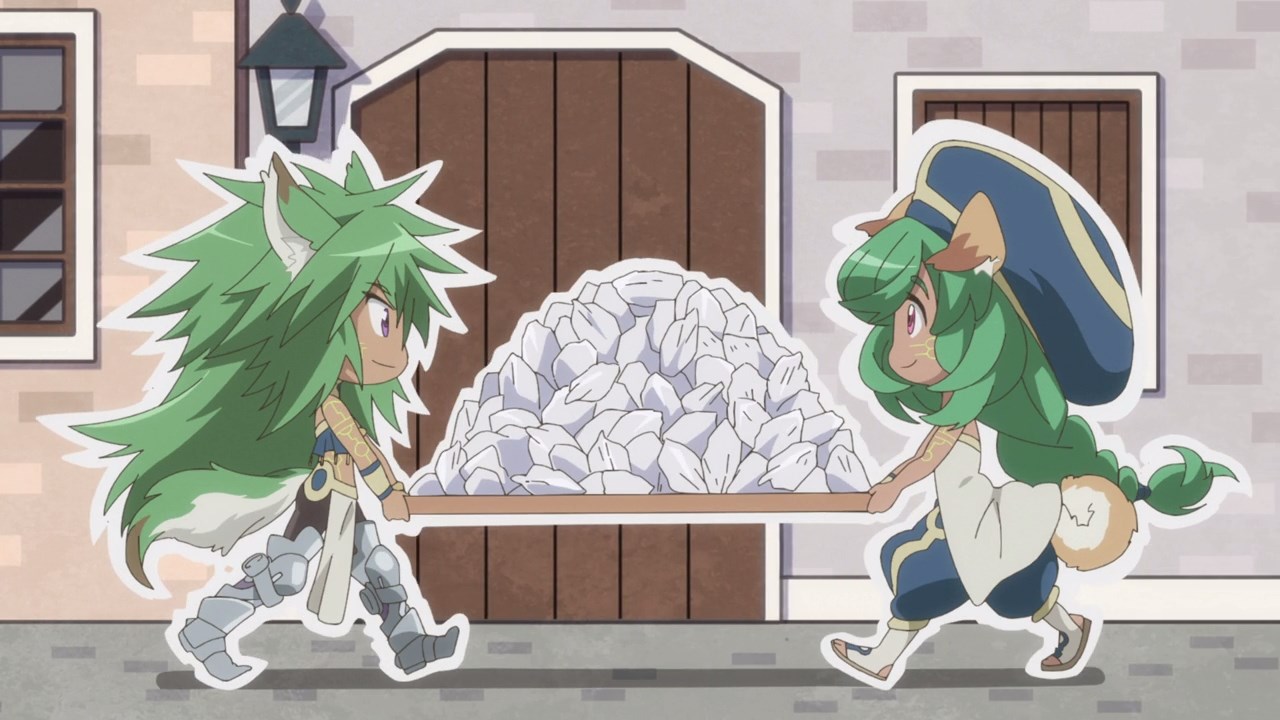 You see, when Leila and Litka got a hold of the shells, they managed to lose it either by accident or being swindled by someone. 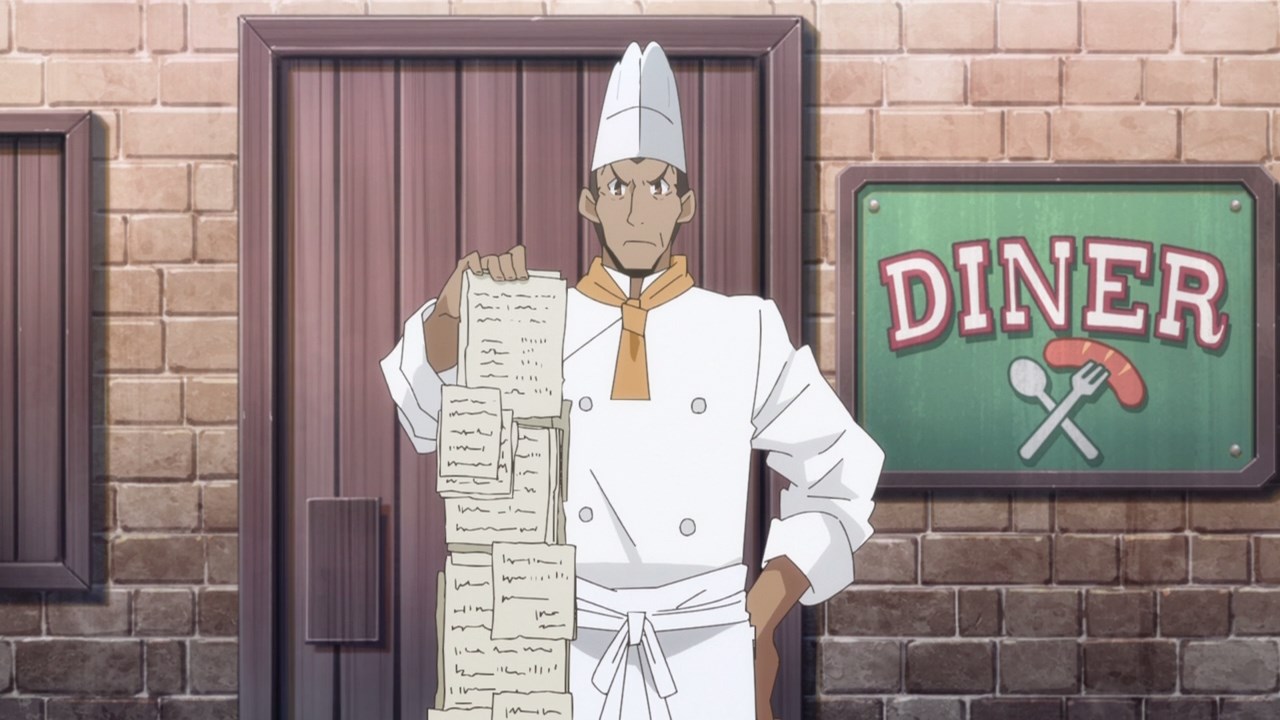 And in some cases, they use those shells to pay debts. It’s no wonder why Tetra hated to Mofur sisters simply because of their notorious fetch quest that’s hard to complete due to their incompetence.

Of course, since Elder Tale has been morphed into reality ever since the Apocalypse happened, there’s nothing to worry about doing the fetch quest ever again. 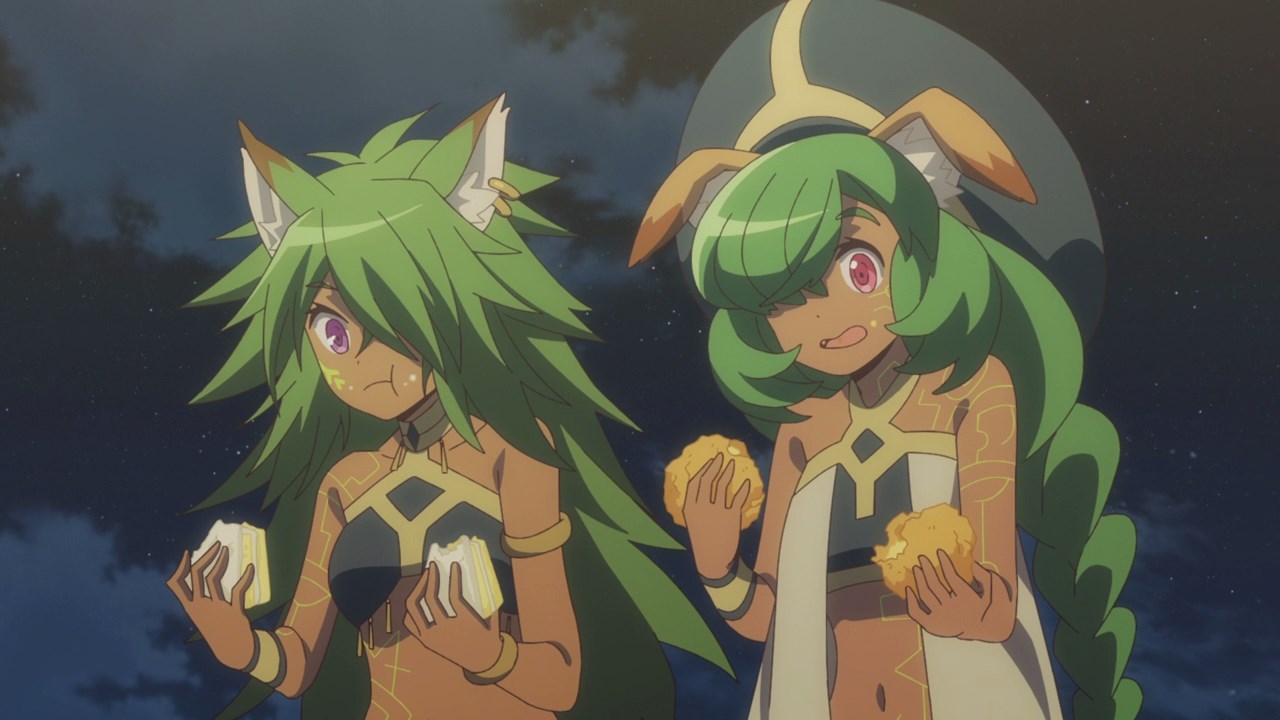 Anyways, the reason why the Mofur sisters came to Akiba is because they warned everyone about the impending danger that will happen in the city. They don’t know if it’s a monster or a Genius, but its name is Ereinus. 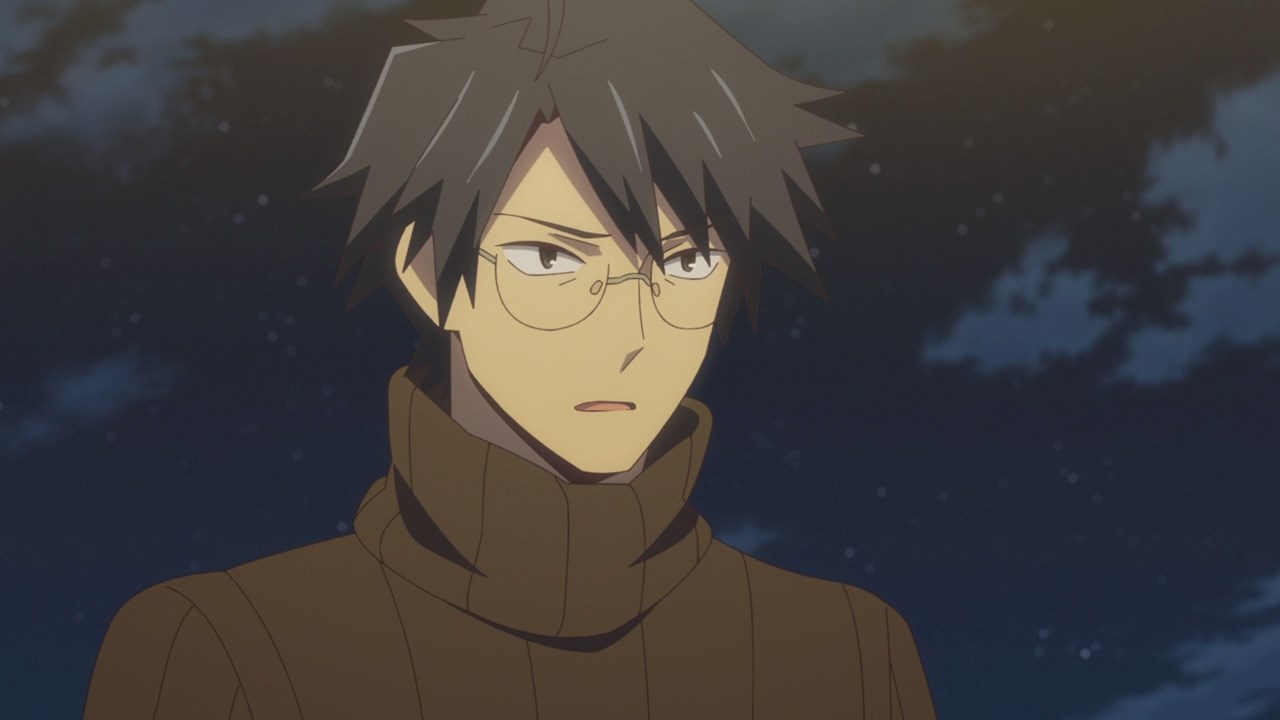 For Shiroe, it looks like he and the rest of the Adventurers will have to defend Akiba from some powerful being. I mean, Akiba was almost destroyed by Taliktan so they need to prepare themselves if Ereinus arrives in the city. 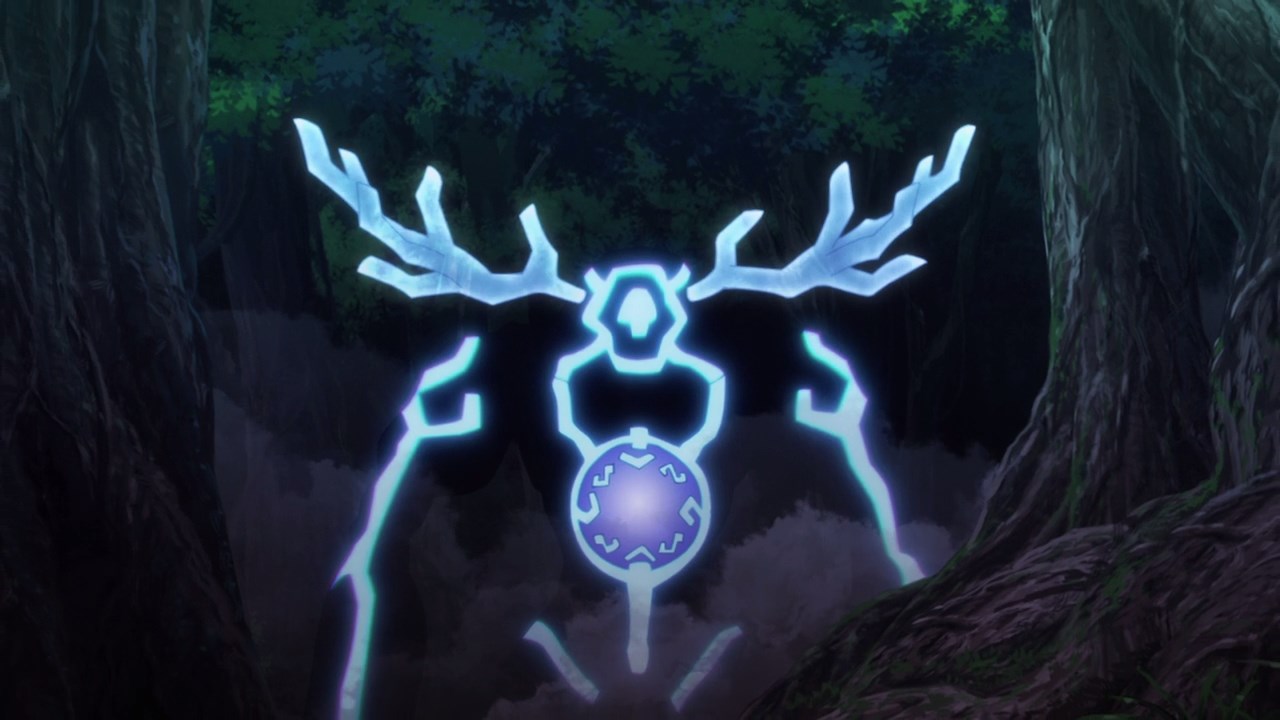 But let’s end this episode with the arrival of Ereinus as this powerful being is about to reach its final form. Man, I hope that the Adventurers will stop it on the next episode!