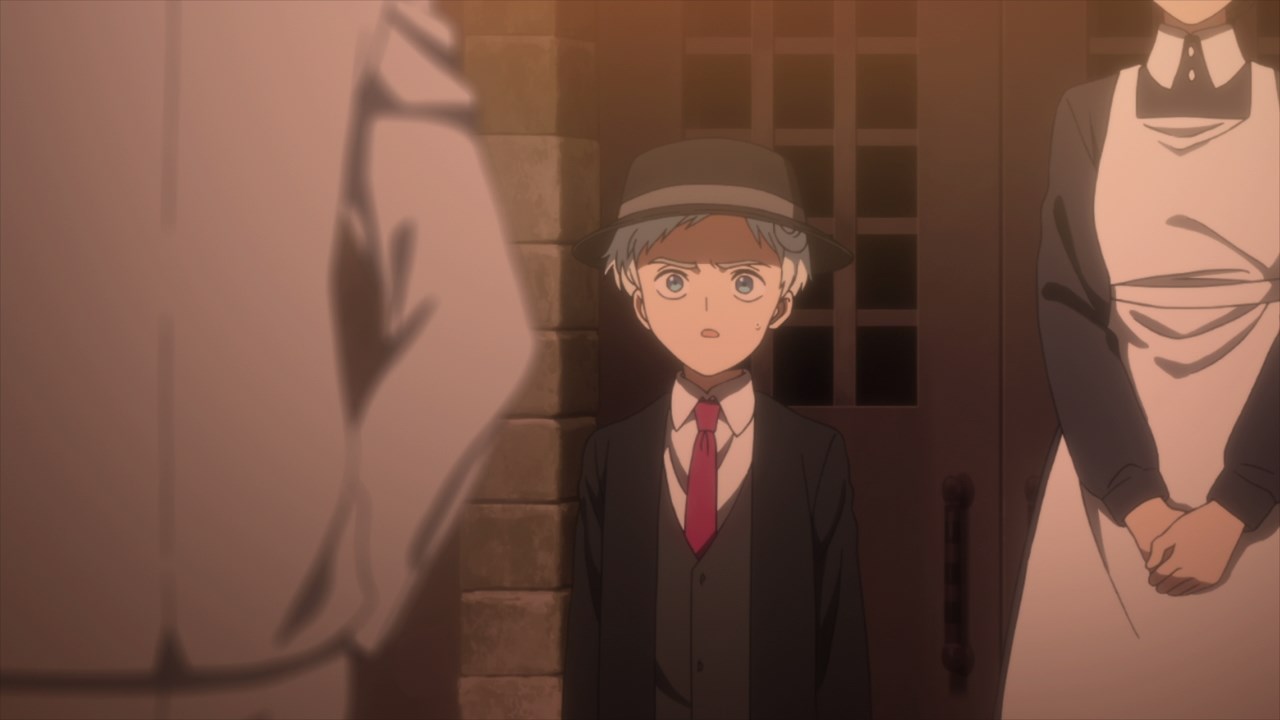 Let’s briefly talk about that time Norman was shipped out where he met a specific person. 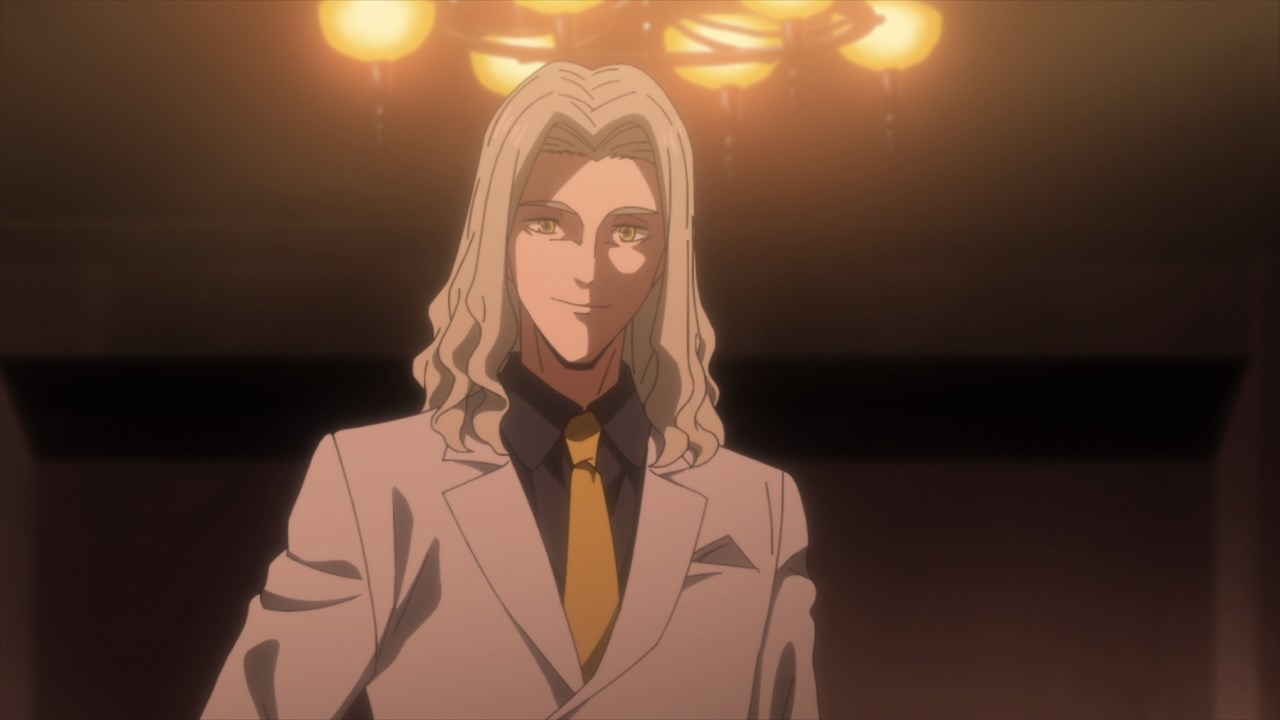 This is Peter Ratri, the director of Lambda 7214 facility who is actually the brother of James Ratri (or William Minerva). Sadly, we’re never get to see him in future episodes. 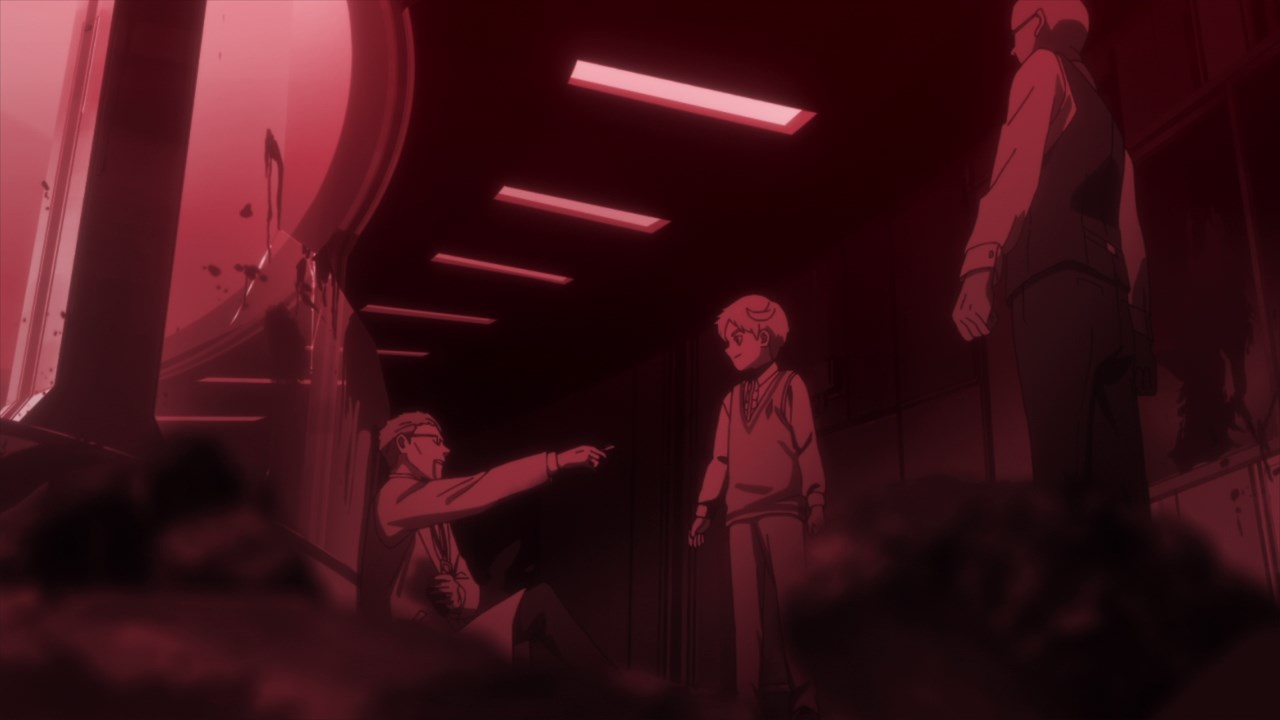 However, we get to see Smee where he helped Norman escape the facility along with Vincent and other children. Honestly, this guy deserves a medal as he followed William Minerva’s orders to save the children as soon as he can.

Of course, Norman and his fellow survivors are dead-set on eradicating the demons unless Emma and Ray brought Sonju and Mujika to them. 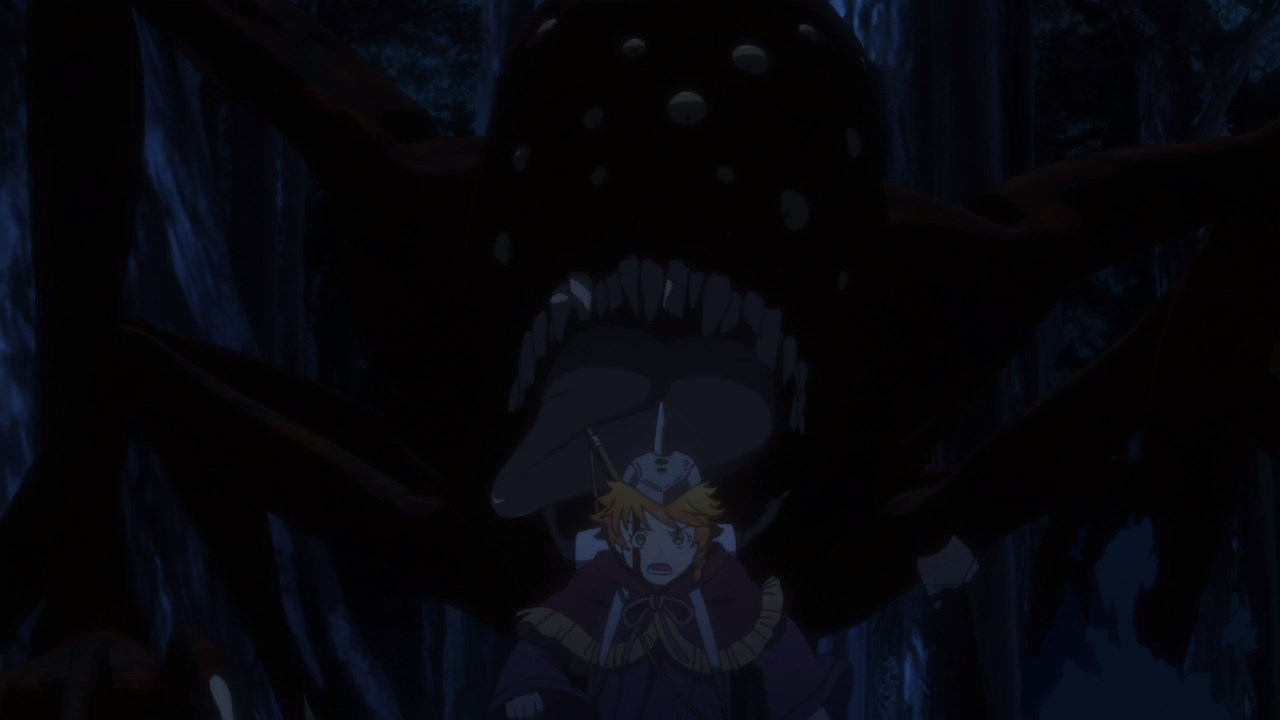 Speaking of Emma, looks like she and her friends are having trouble finding both Sonju and Mujika as they search those demons for almost 4 days.

On top of that, Emma is being chased by a large demon and she’s about to get devoured by it. Oh boy, she’s gonna die at this point! 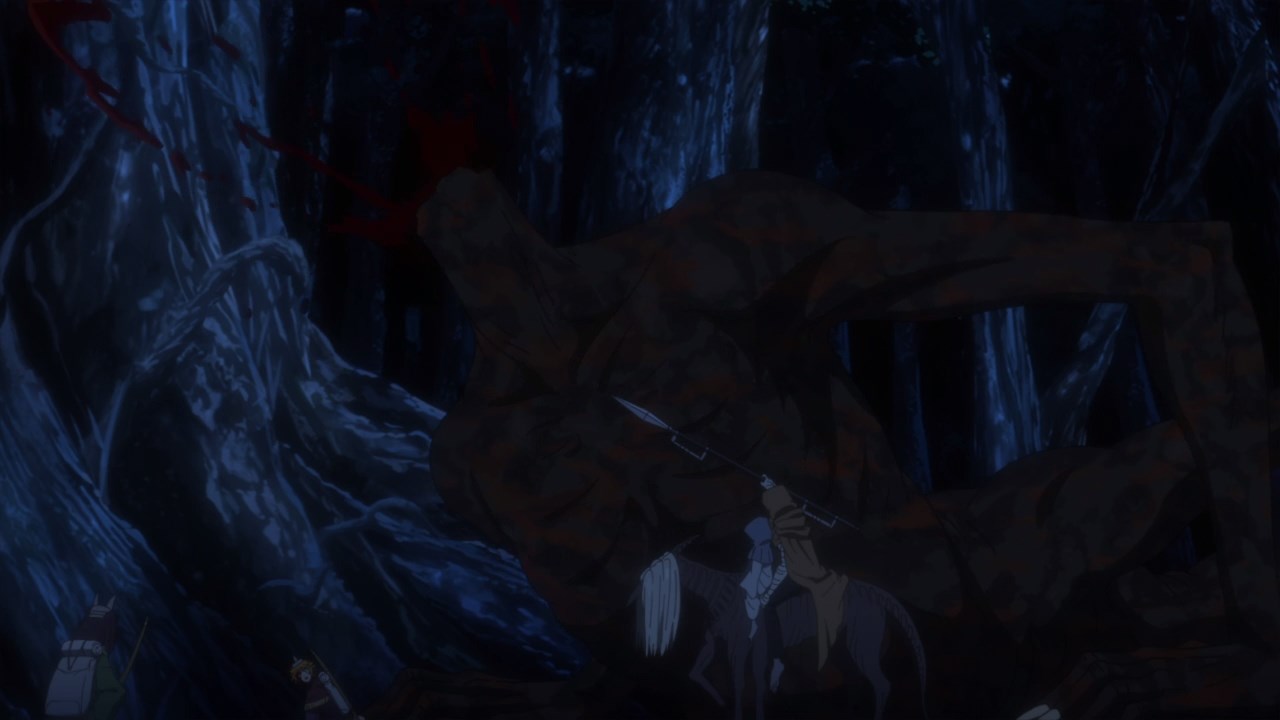 Fortunately, Sonju and Mujika have arrived to save Emma as Sonju cut the large demon’s head cleanly. 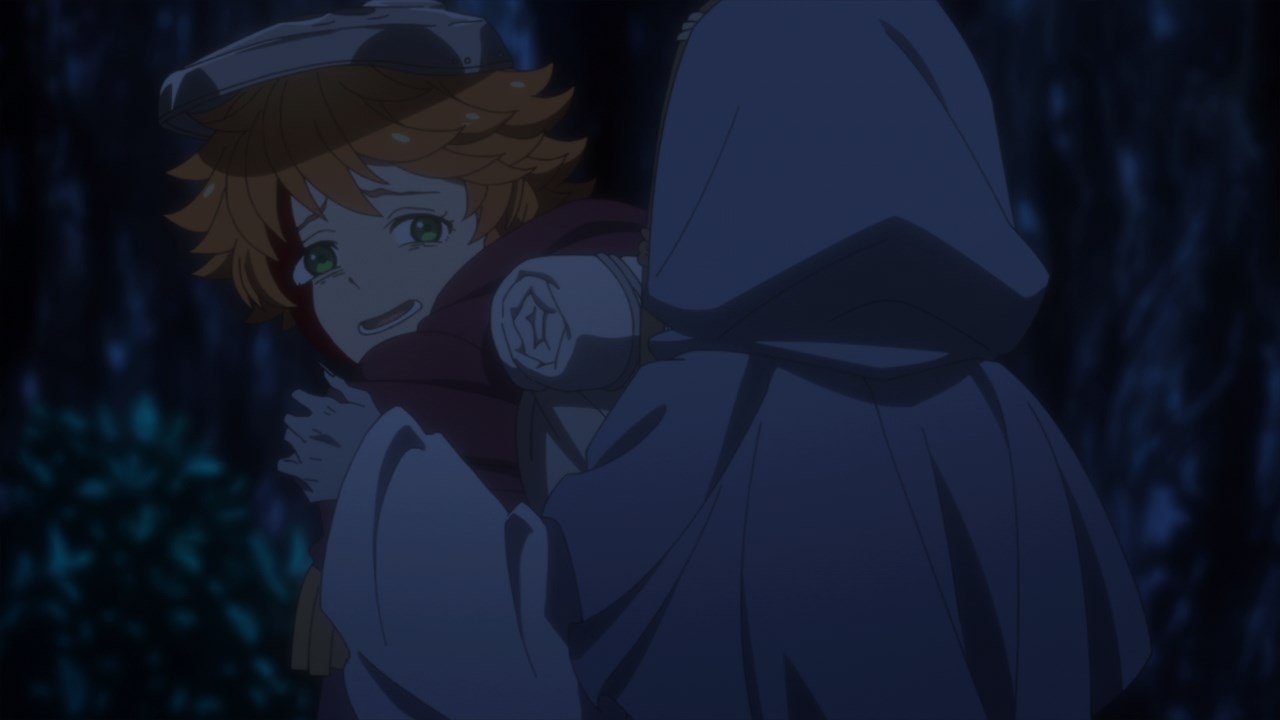 In any case, the demons have finally found Emma where she’s happy to see both Sonju and Mujika again.

While I have a feeling that they’ll fight each other eventually, they have some important things to do as Emma will need to bring the demons to Norman. I mean, they did it in 4 days.

Except that Norman didn’t kept their promise and decided to set the demon town ablaze. Even Lannion and Thoma can’t believe that Norman and his friends decided to eradicate the demons with their degeneration drug. 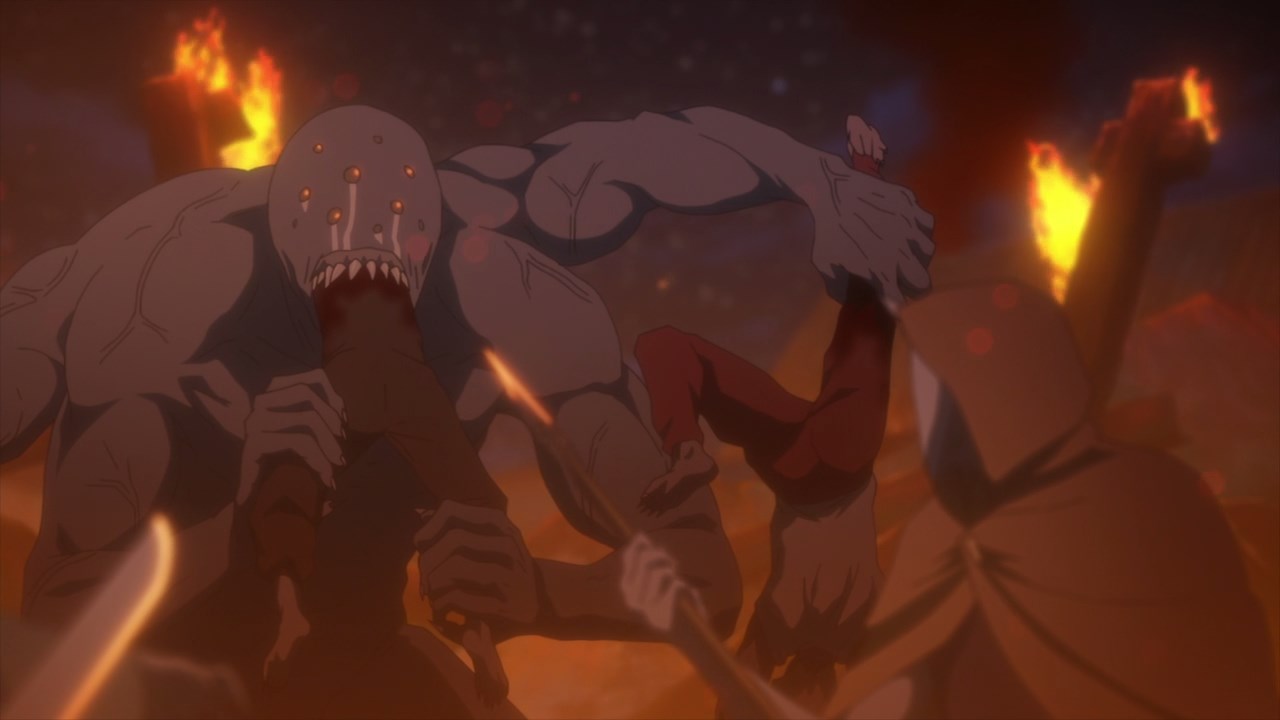 And as you can see, it’s pretty much effective where some of them demons are mutated into mindless creatures bent on devouring fellow demons. 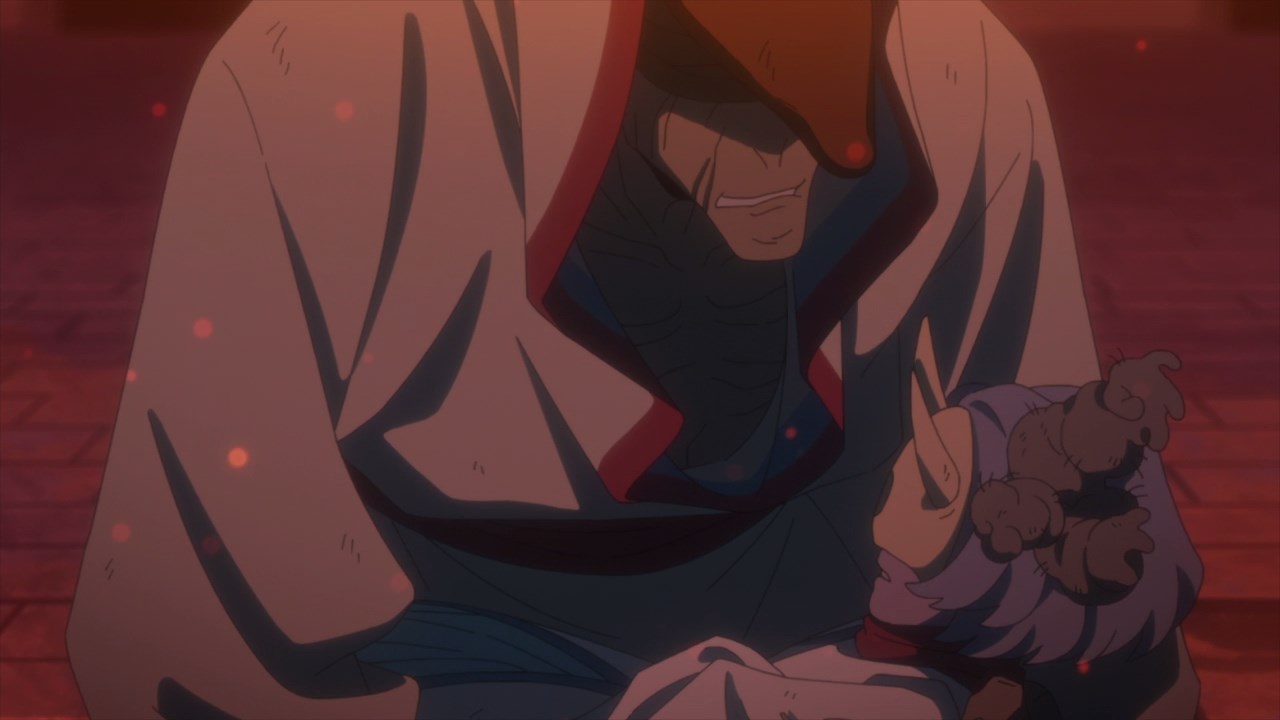 Even the children are affected where this blind demon is horrified that his grandchild named Emma (Yes, I’m surprised to hear that) is being degenerated.

On the other hand, I wonder why this blind demon is not being affected by the drug? Could it be that he’s special? 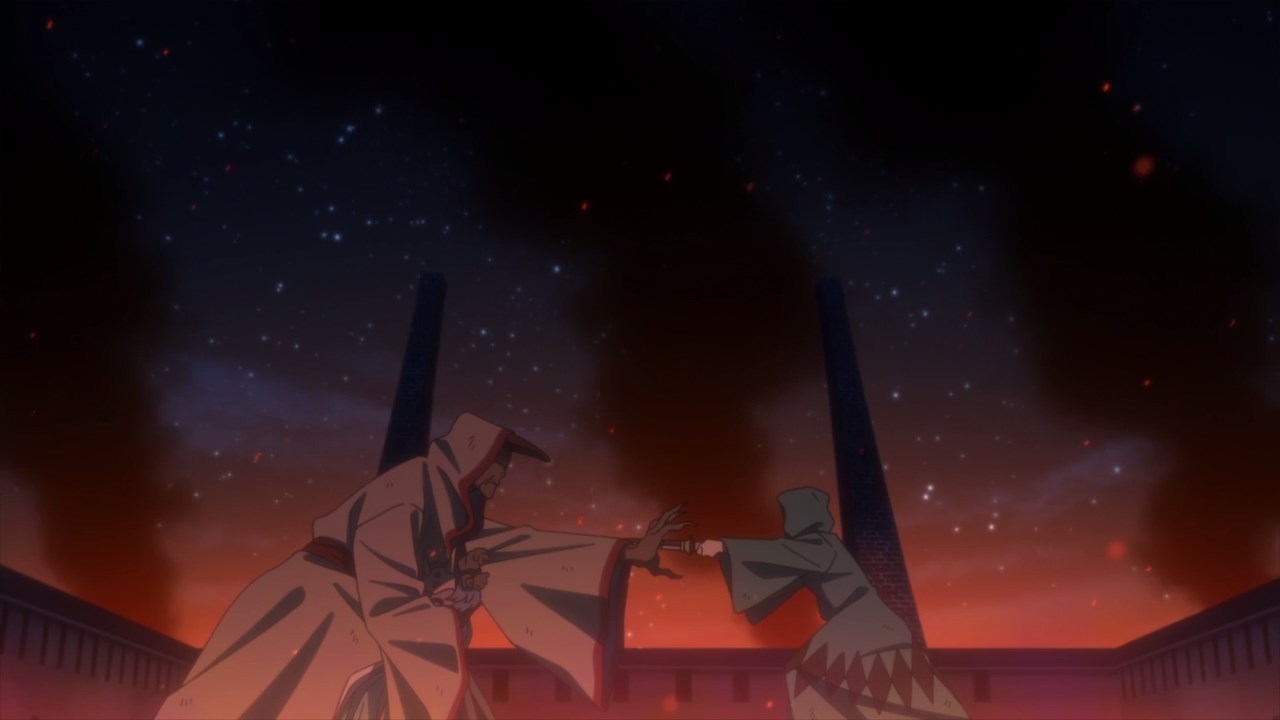 Suddenly, a human attacked the blind demon by stabbing a sword at his frail hand. Of course, he’s alive but this blind demon is about to do something towards Emma. 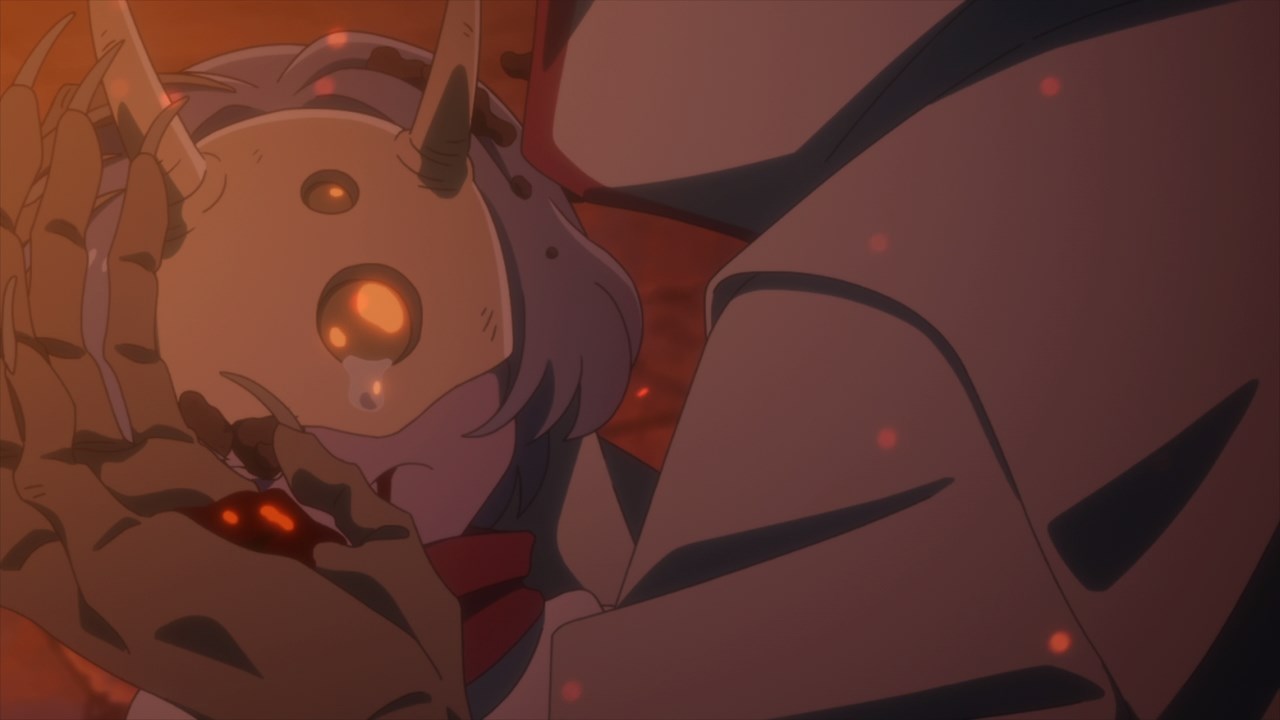 Yes, he let his grandchild drink his blood in order to stop the degeneration. Okay, I have a feeling that the blind demon is a descendant to Mujika since he’s not affected by the drug. 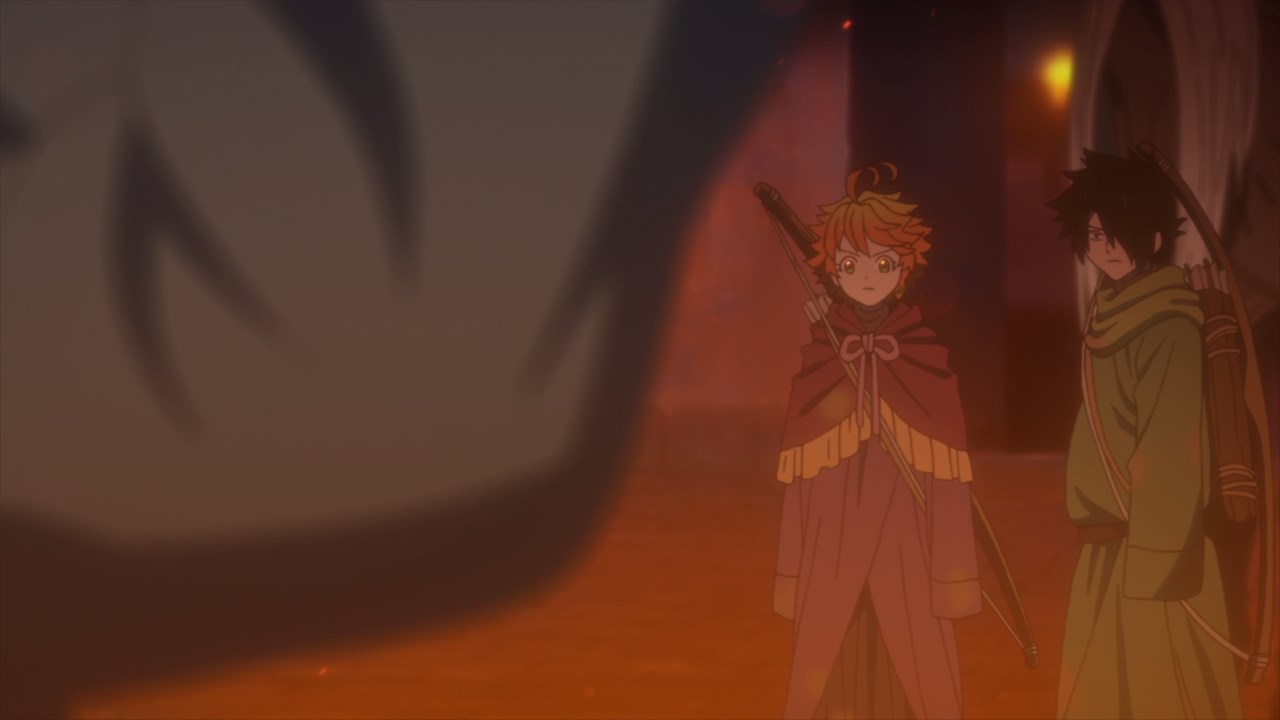 Anyways, Emma and Ray went to the demon town where they’re shocked that the blind demon and his granddaughter is about to get killed by a human who’s clinging for his life. 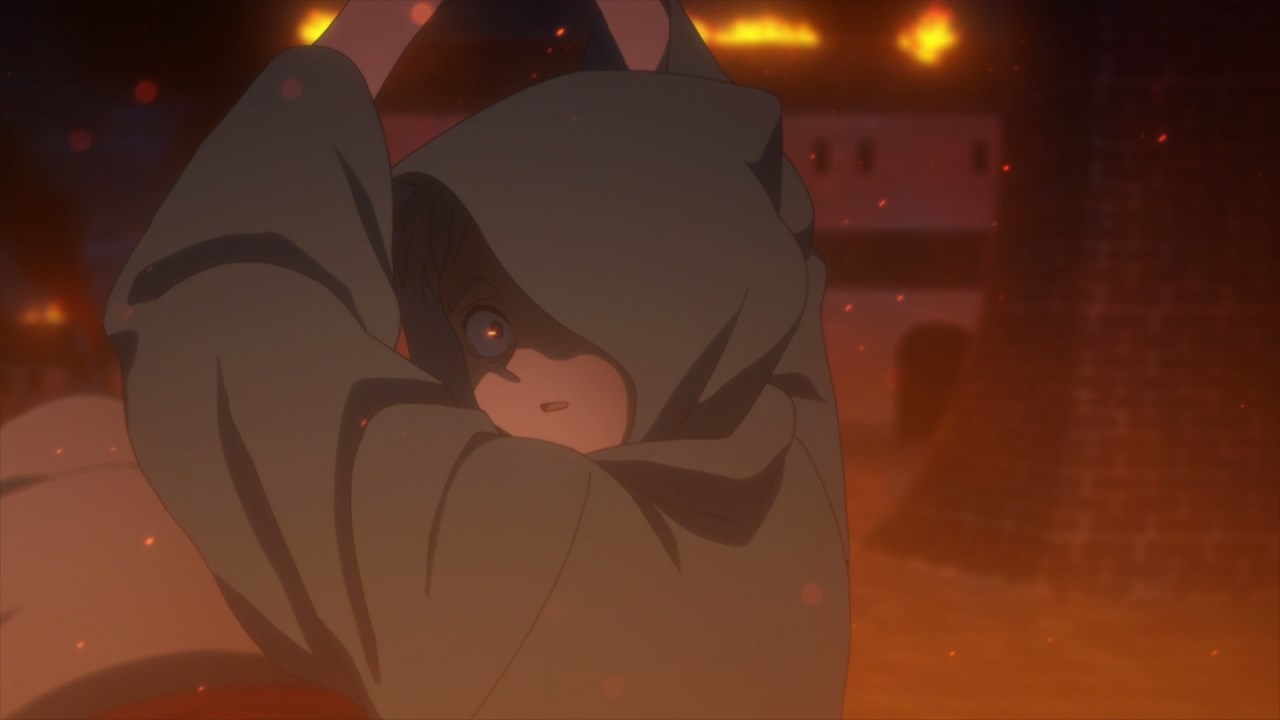 Said human happened to be Norman and man, I have a bad feeling that Emma and Ray will have to stop their friend even if it means hurting him.

Well then, this episode has reached the turning point for the 2nd season. And really, things will get pretty sour between Emma and Norman as they have different agendas regarding demons. Anyways, I’ll see you next time!