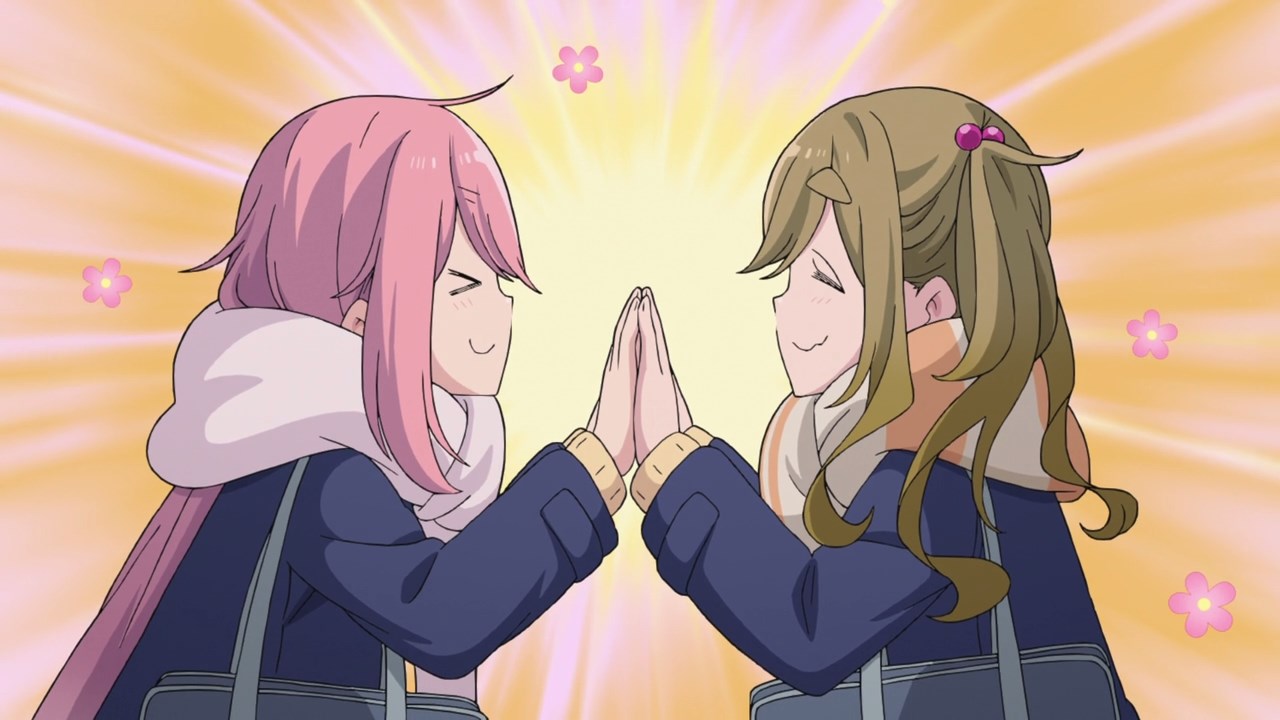 Here’s both Nadeshiko Kagamihara and Aoi Inuyama where it turns out that they share a birthday, March 4.

Oh yeah, they’re planning to hold a camping trip at Izu, meaning that they need to earn money in order to go there. 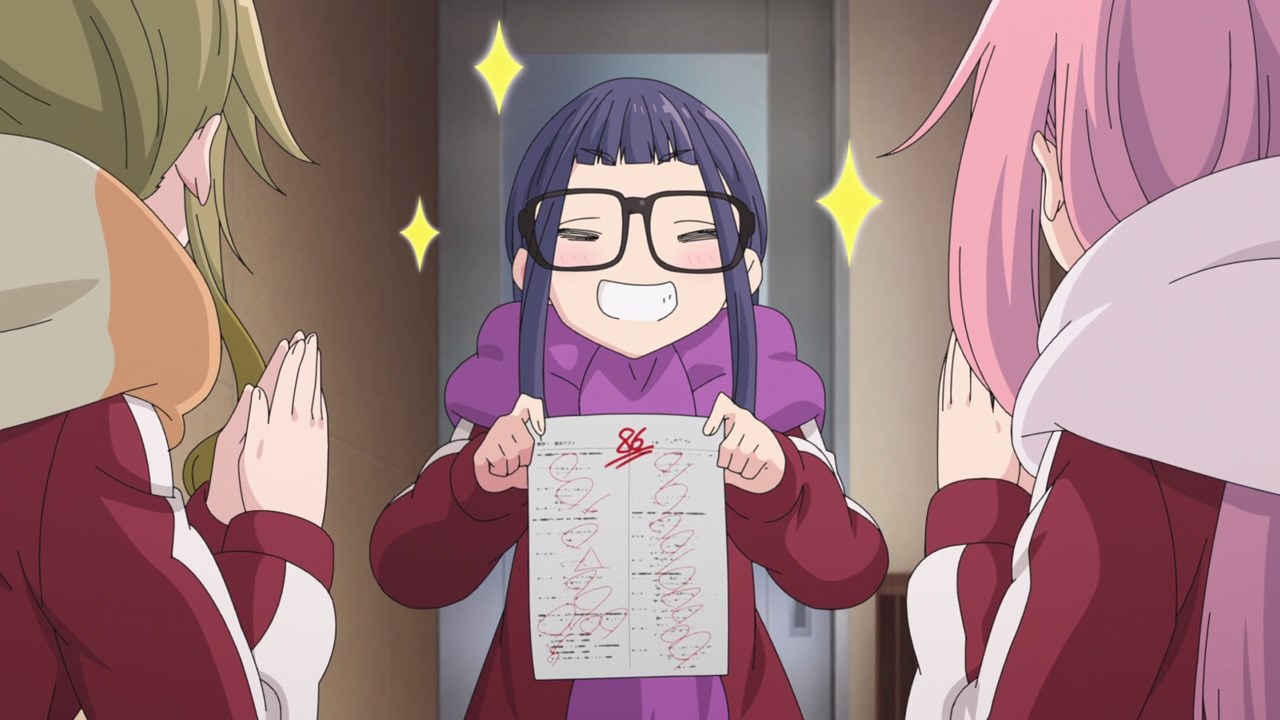 Speaking of Chiaki Oogaki, looks like she got a high score in one of her exams. Then again, I’m scared that Chiaki failed other subjects. 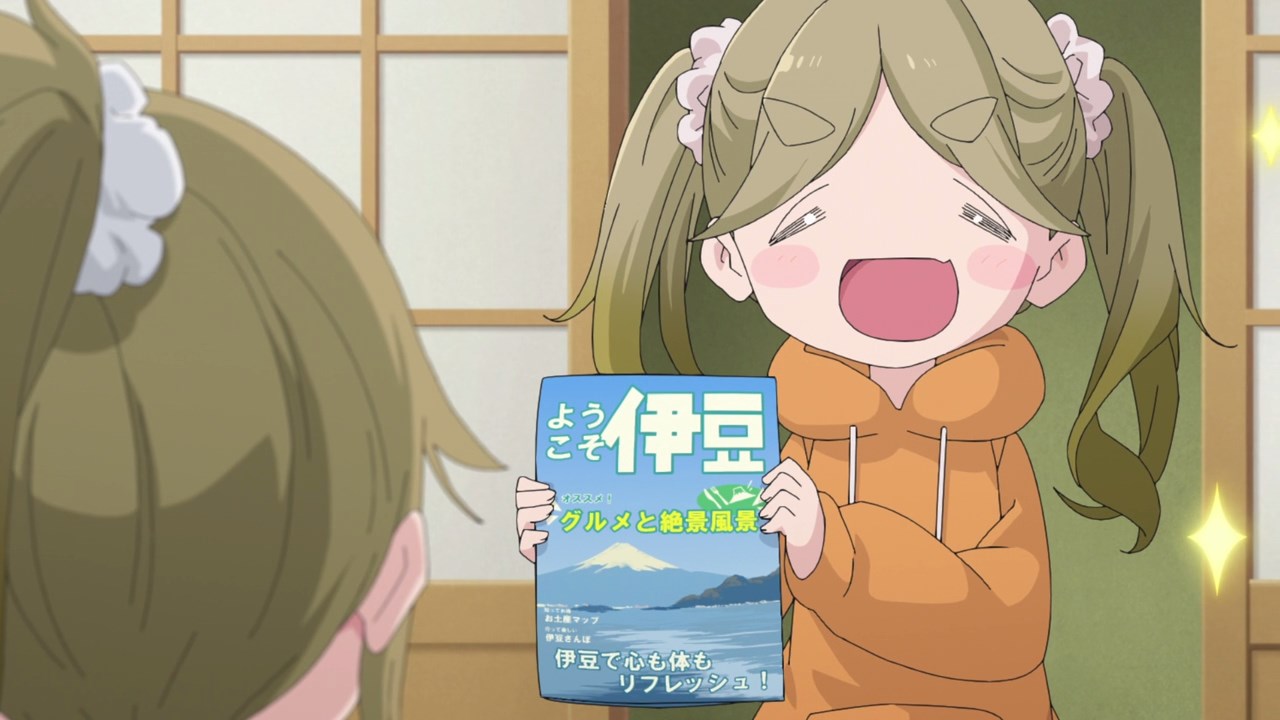 Meanwhile, here’s Akari Inuyama where she wants to go to Izu with her sister because Akari wants to see the capybaras up-close.

Looks like Minami Toba will need to rent a minivan in order to take everyone to Izu. Also, she needs to restrain herself from drinking booze. 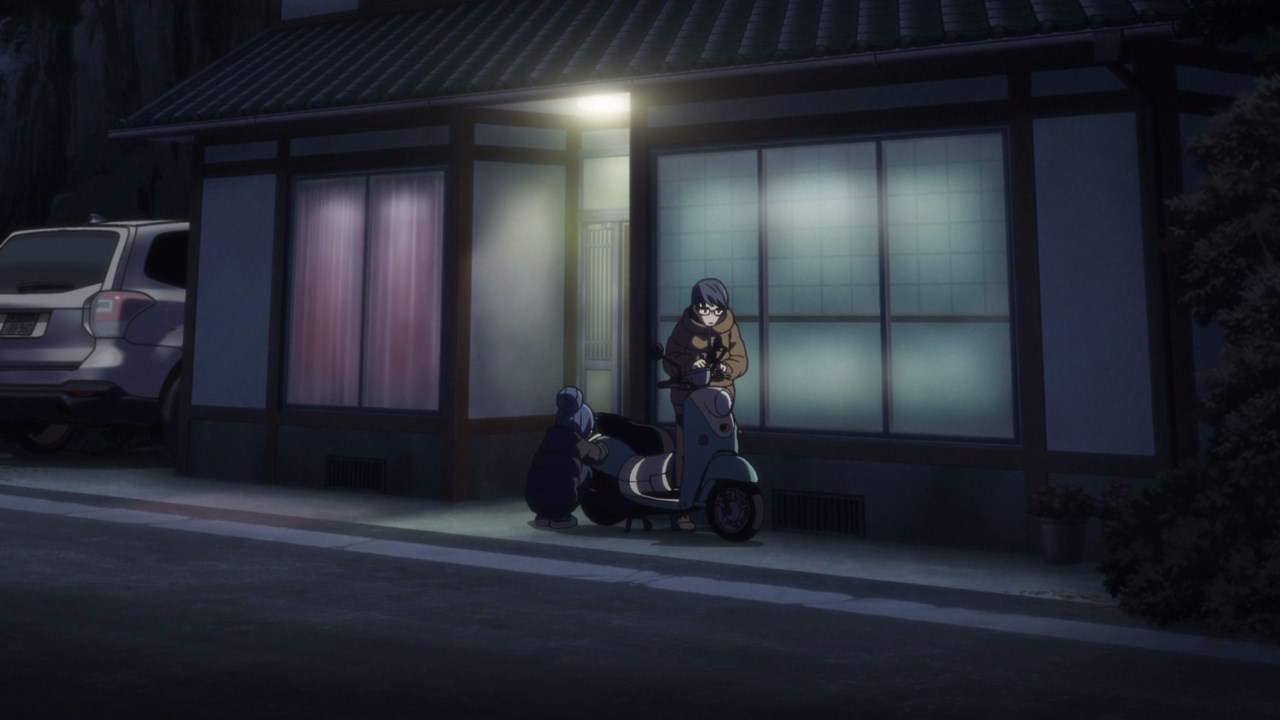 Now then, here’s Rin Shima where she’s putting some accessories on her scooter together with her father. I mean, putting the parts together on her own would be very difficult. 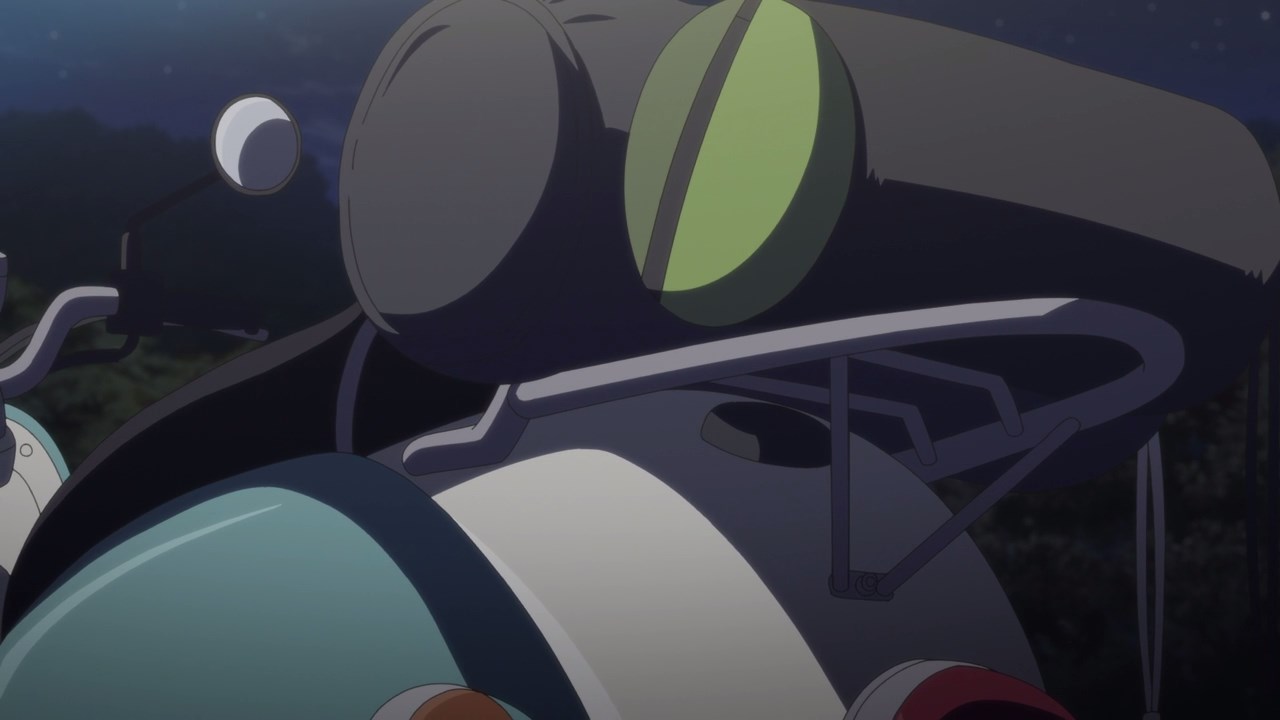 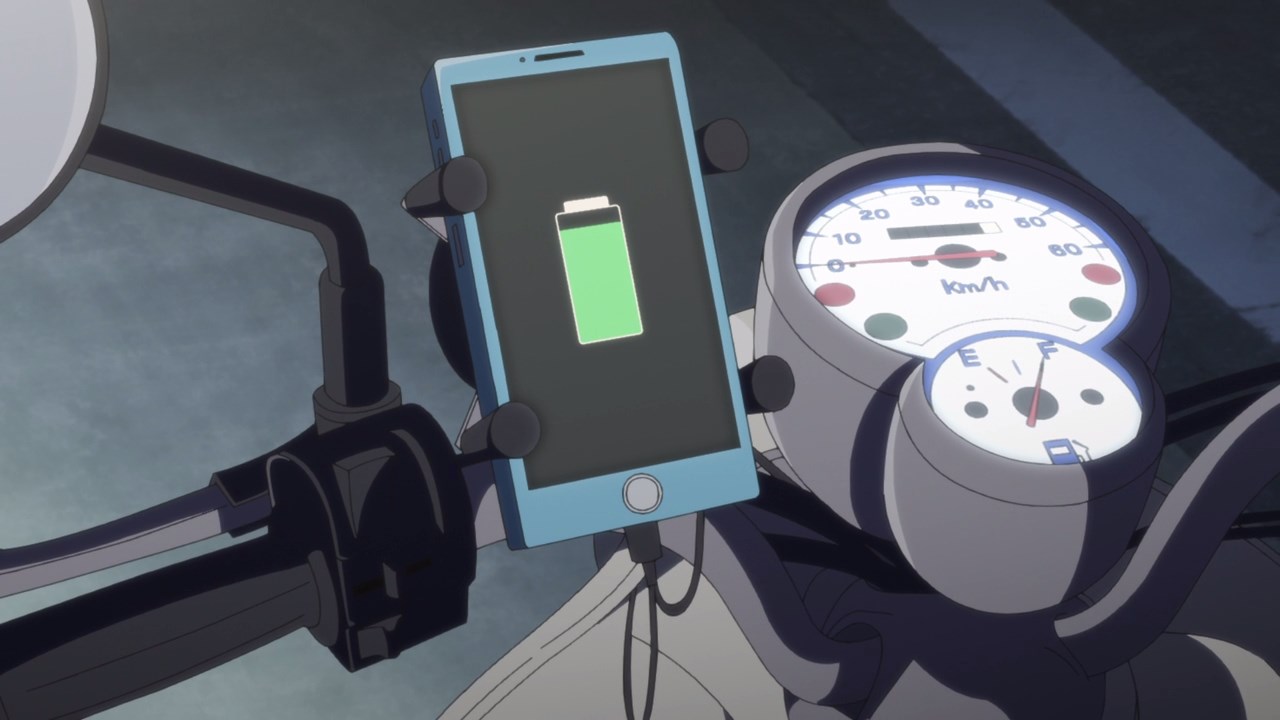 Anyways, they put a luggage rack and a phone holder/charger on Shimarin’s scooter. This is perfect for long haul rides across Japan. 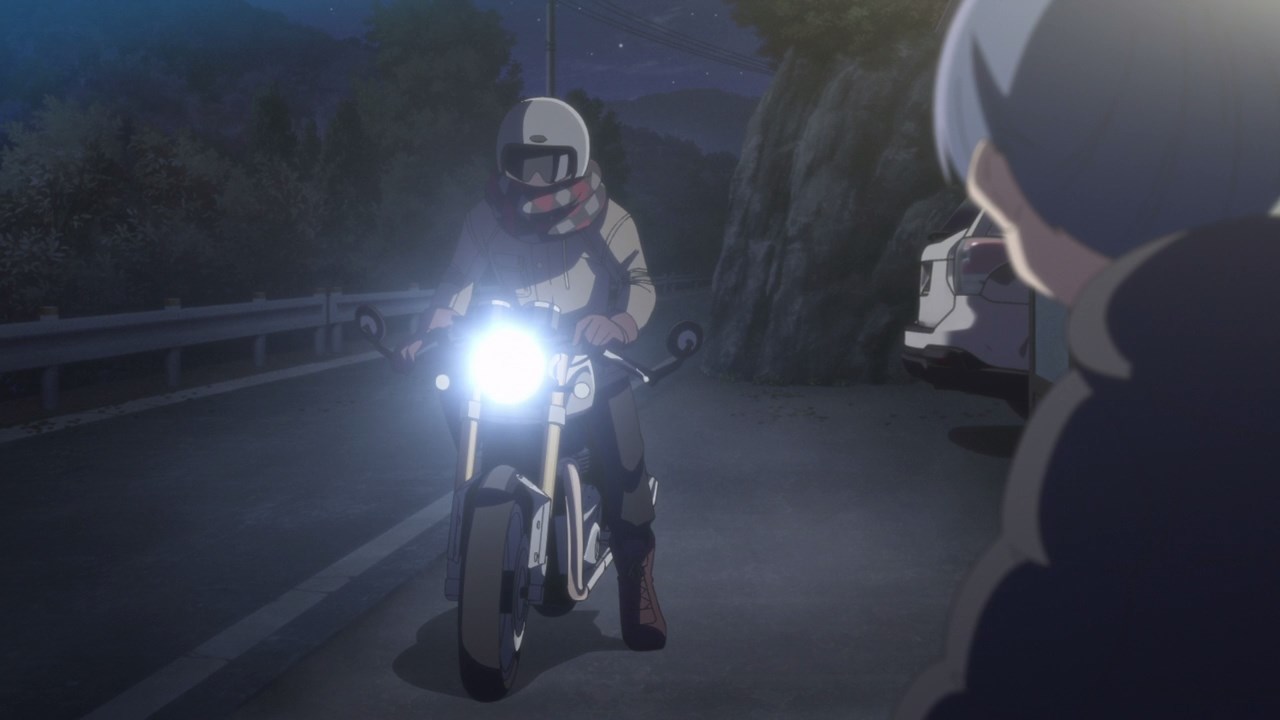 Also, here’s Hajime Shinshiro where Rin’s grandfather brought a windshield from his collection of parts. C’mon, he doesn’t want Rin getting pushed by the wind. 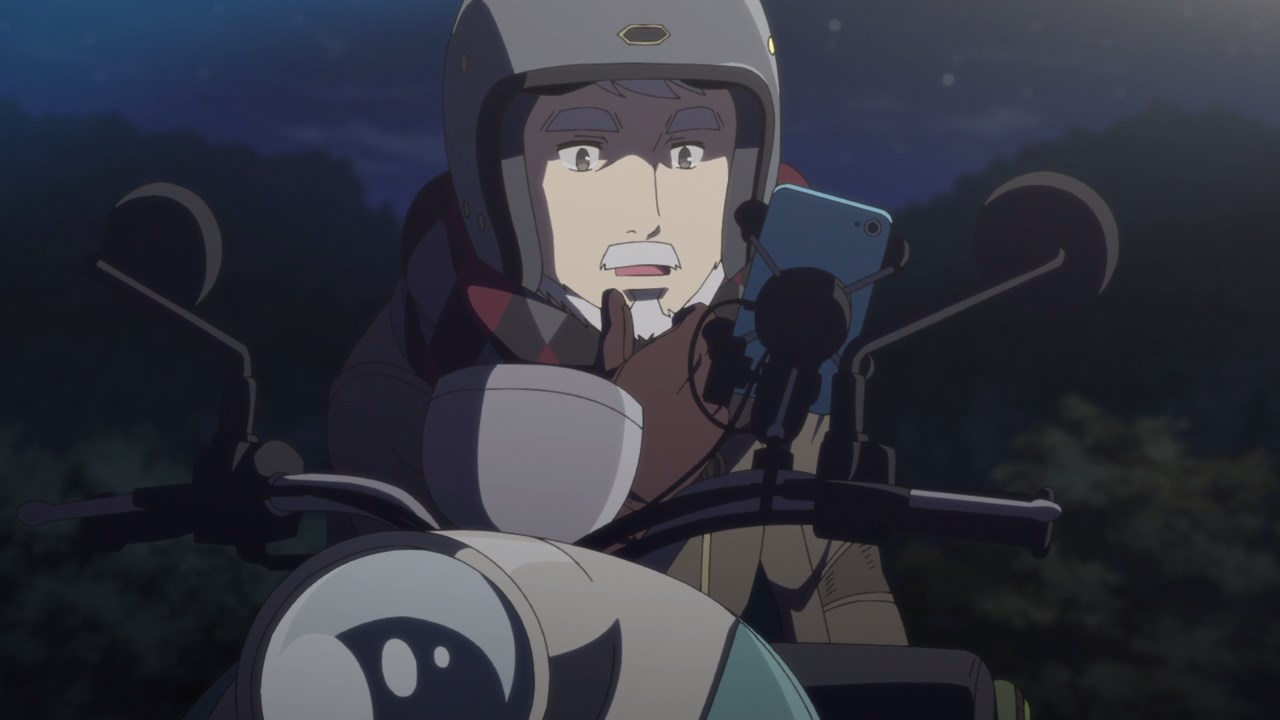 On the other hand, Hajime-san checked the phone holder/charger where he told Rin that it’s no good. Turns out that it’s still charging the phone even after the scooter is turned off.

Anyways, the scooter needs a relay so it won’t risk of draining the phone battery, thus her grandfather decided to buy one right away. 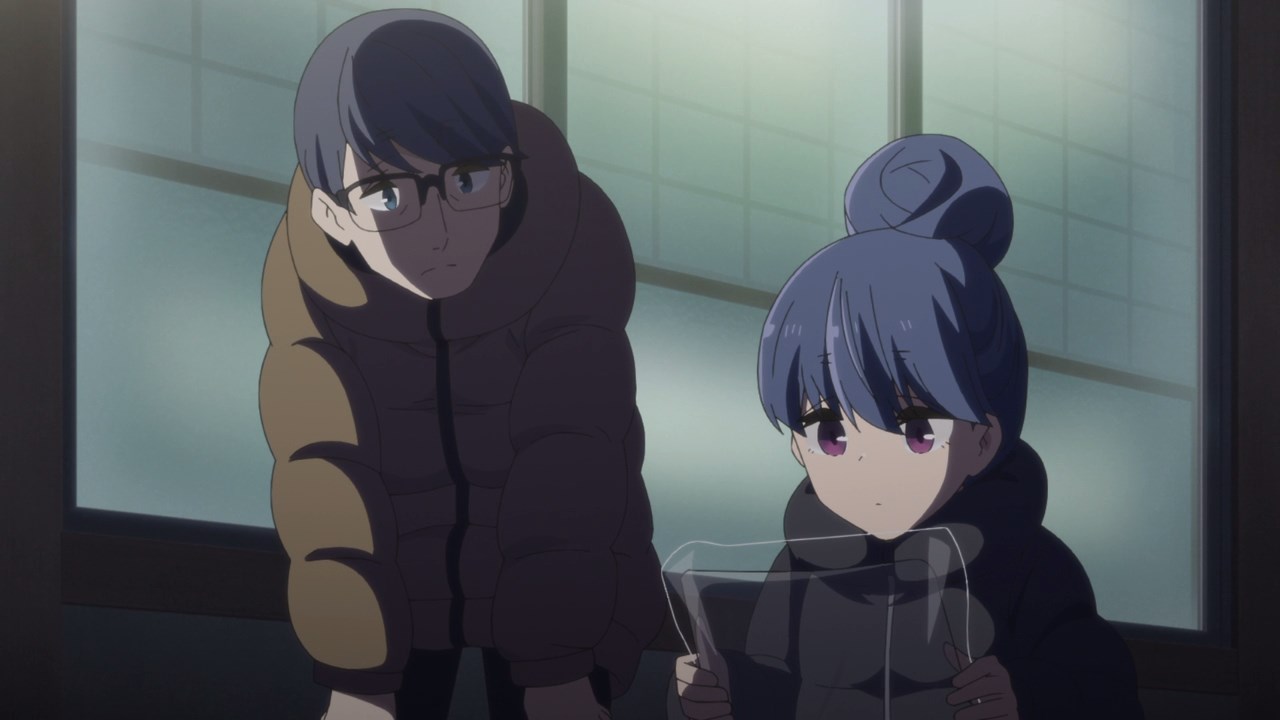 Oh yeah, and here’s the windshield where Rin will install it onto her scooter. Then again, it looks brand new that I suspect that her grandpa bought it. 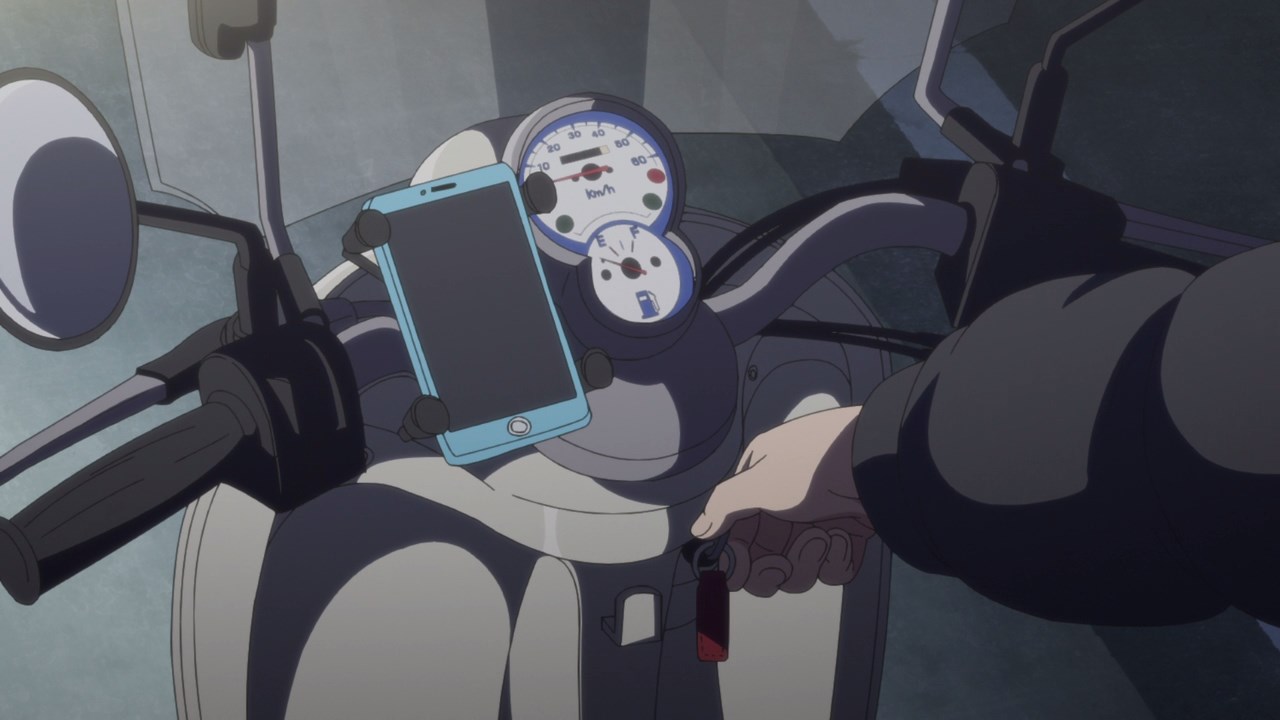 Now then, her grandfather managed to buy a motorcycle relay and installed it onto Rin’s scooter. Now, Rin’s phone won’t charge even after the scooter is turned off. 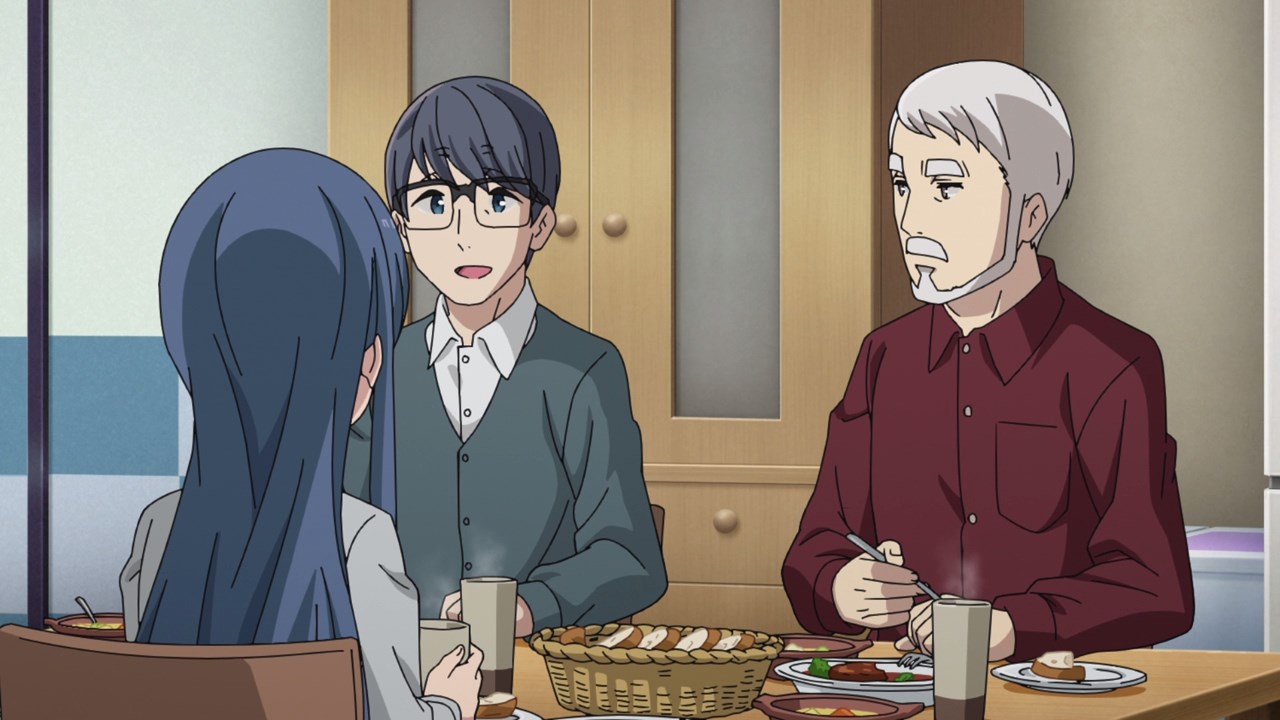 By the way, Rin’s father Wataru told her that his wife Saki is an avid motorcycle rider back in the day. Heck, he even has pictures of Rin’s mother in her bike. 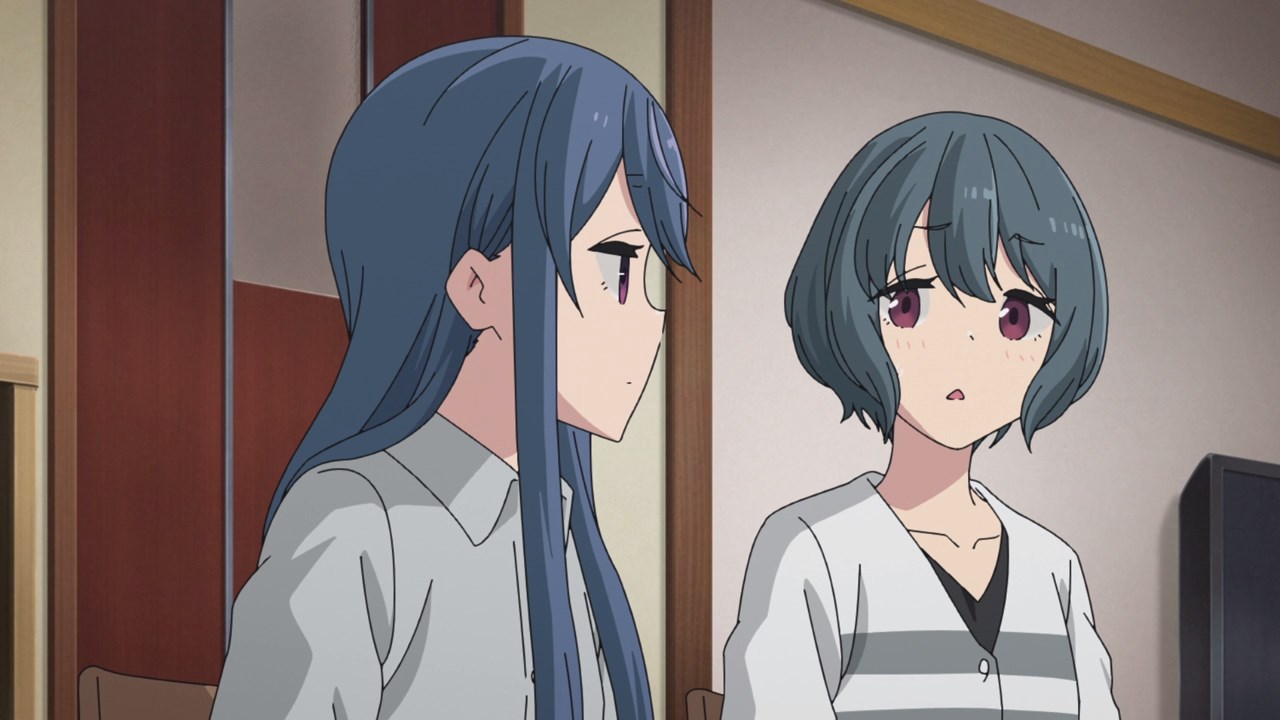 Then again, she doesn’t want Rin to see that for now ’cause it’s embarrassing.

But you know what, I’m surprised that the Shima family loves riding their bikes so much that it’s in their blood. 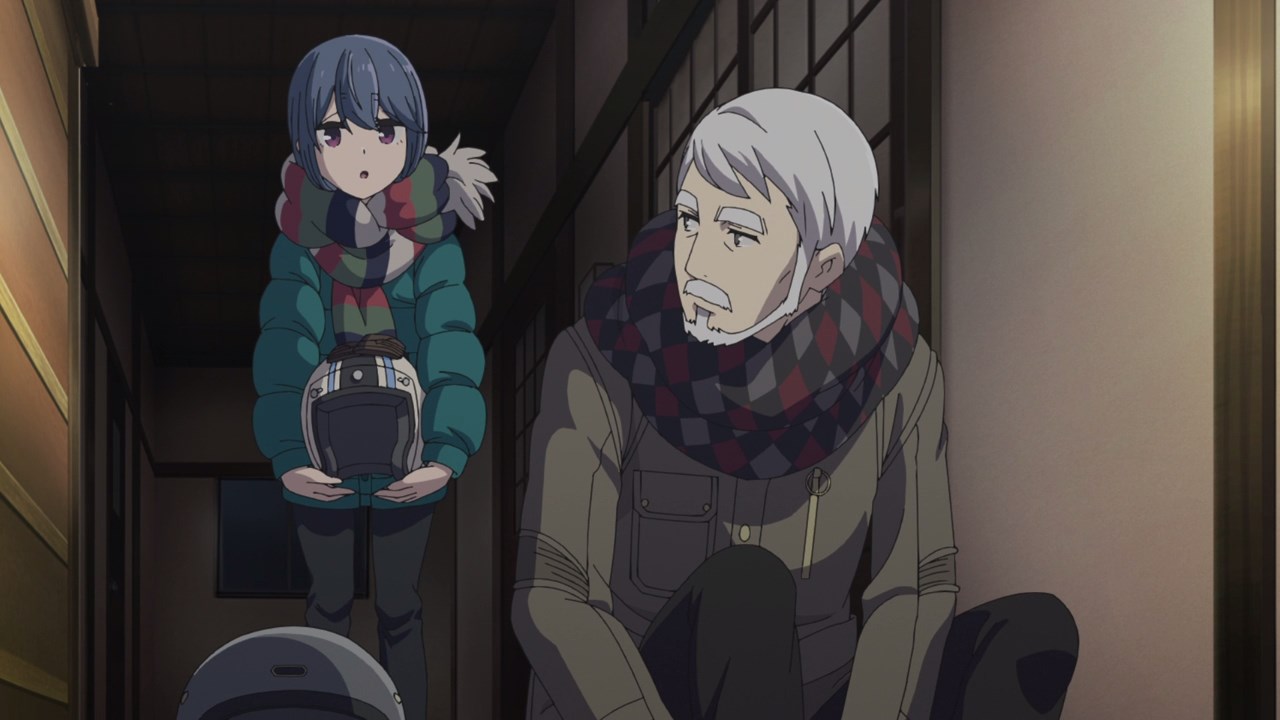 Anyways, it’s time for Hajime Shinshiro to take his leave in the early morning. Of course, Rin Shima wants to join her grandfather on his road trip to Izu. 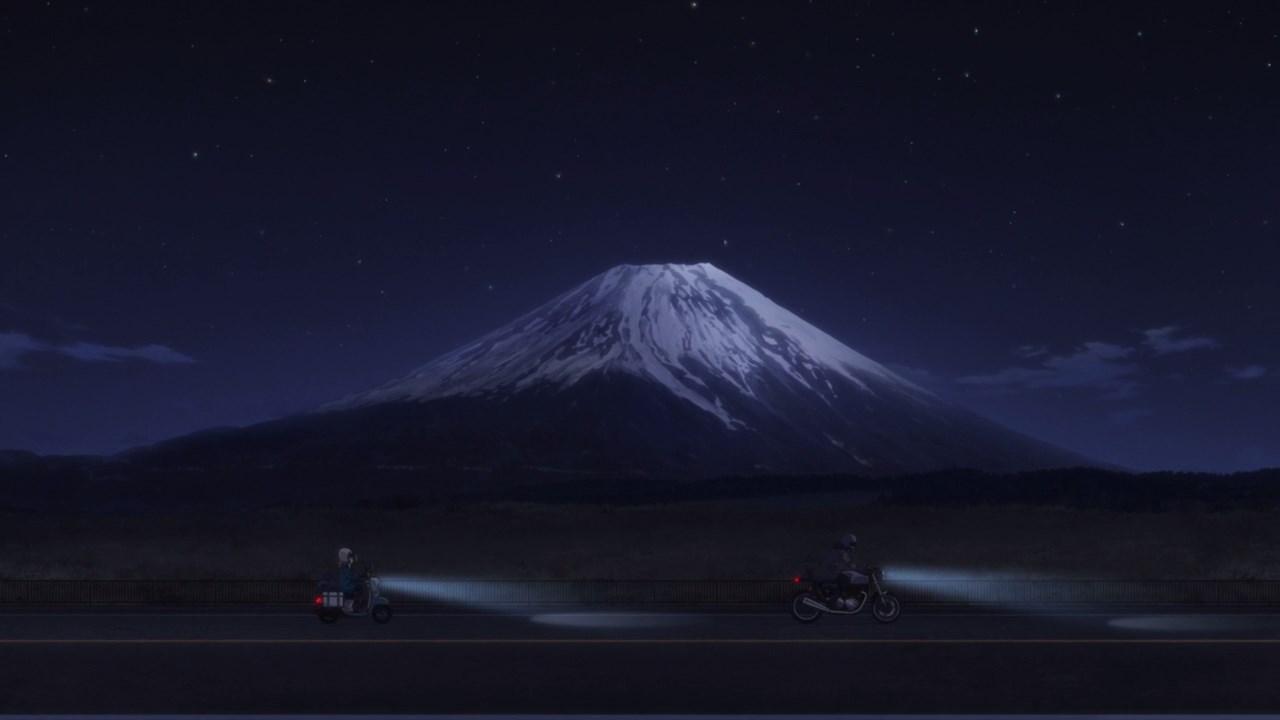 But yes, I have to say that this is a wholesome image where Rin follows her grandfather on her scooter. Well then, looks like next episode will see Shimarin heading to Izu, all while seeing various attractions along the way.