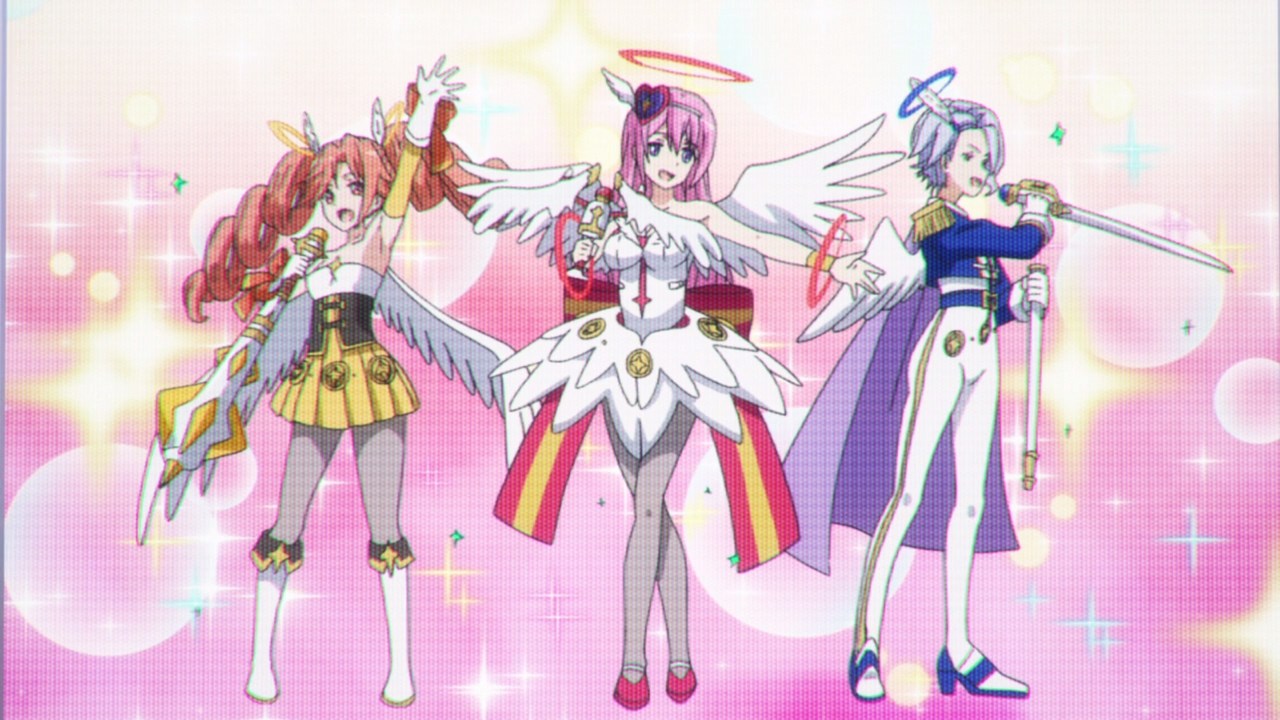 This is Mugen Shoujo, the legendary diva unit where they made famous for defeating a hundred teams without stopping. Then again, I wonder what happened to them after pulling that amazing feat? 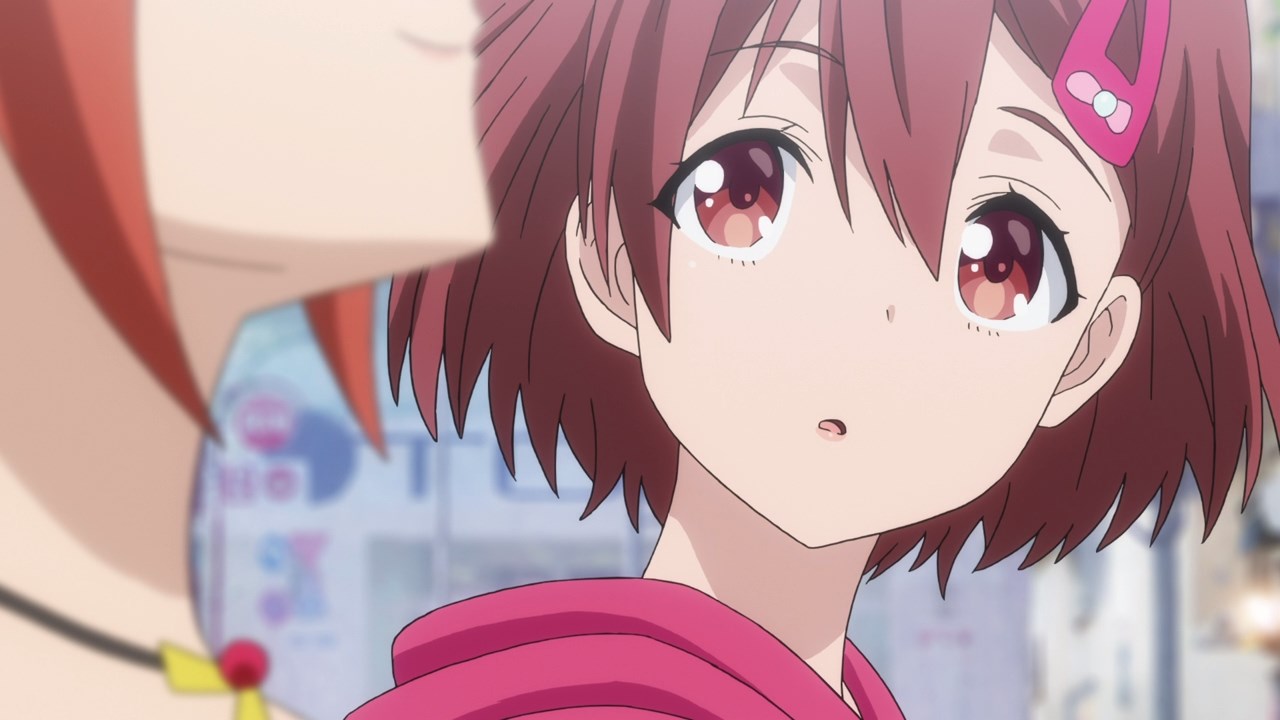 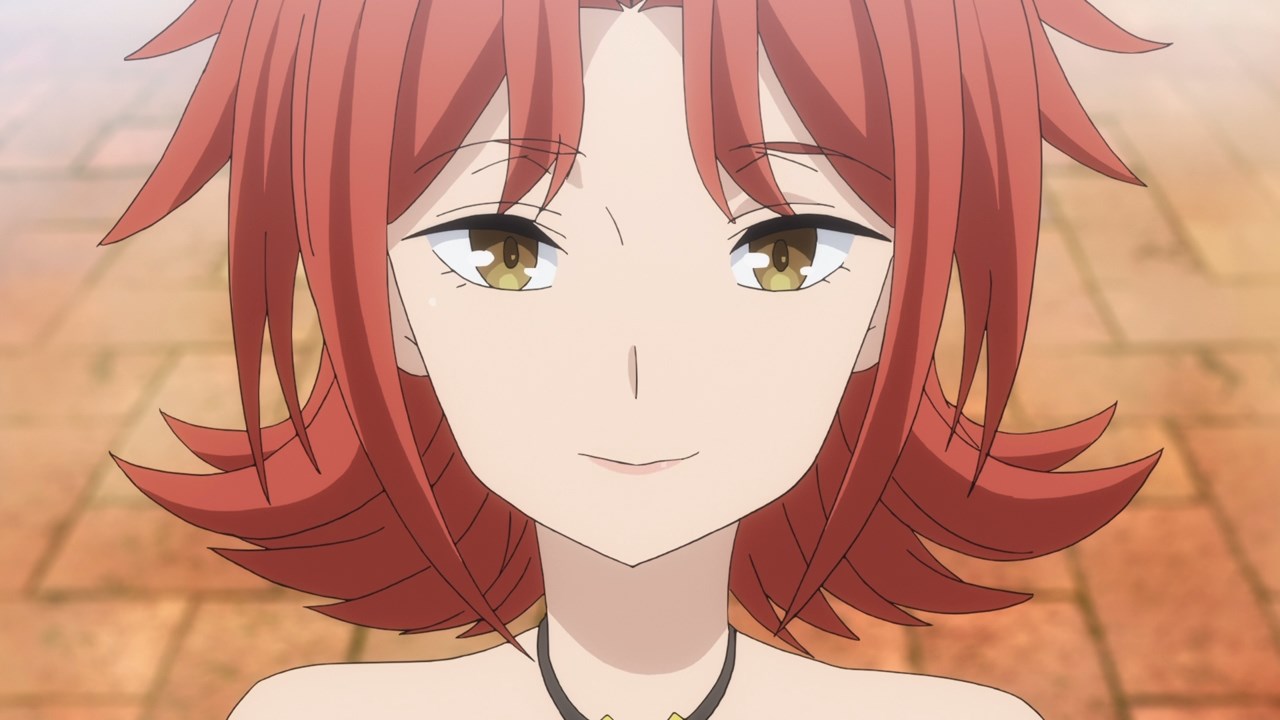 This is Excel Minazuki who look up to Mugen Shoujo, especially when Excel saw them defeating all 100 diva units. I wonder if she’s playing WIXOSS? 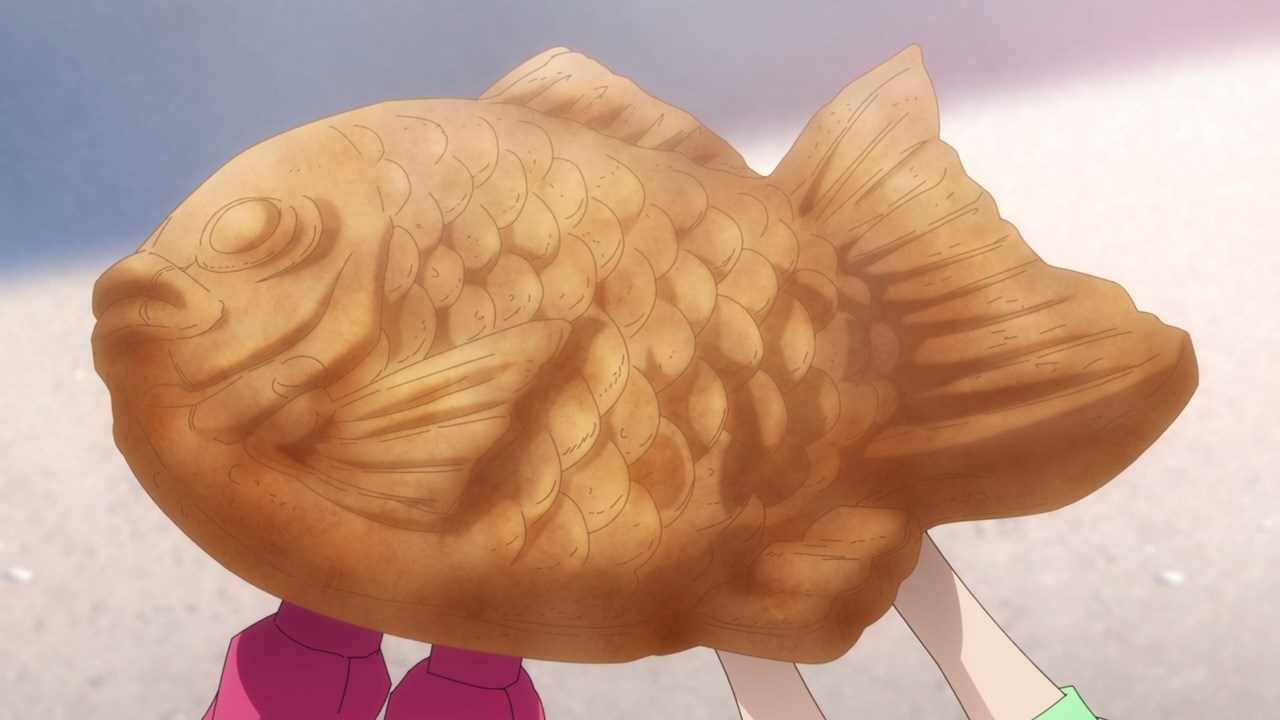 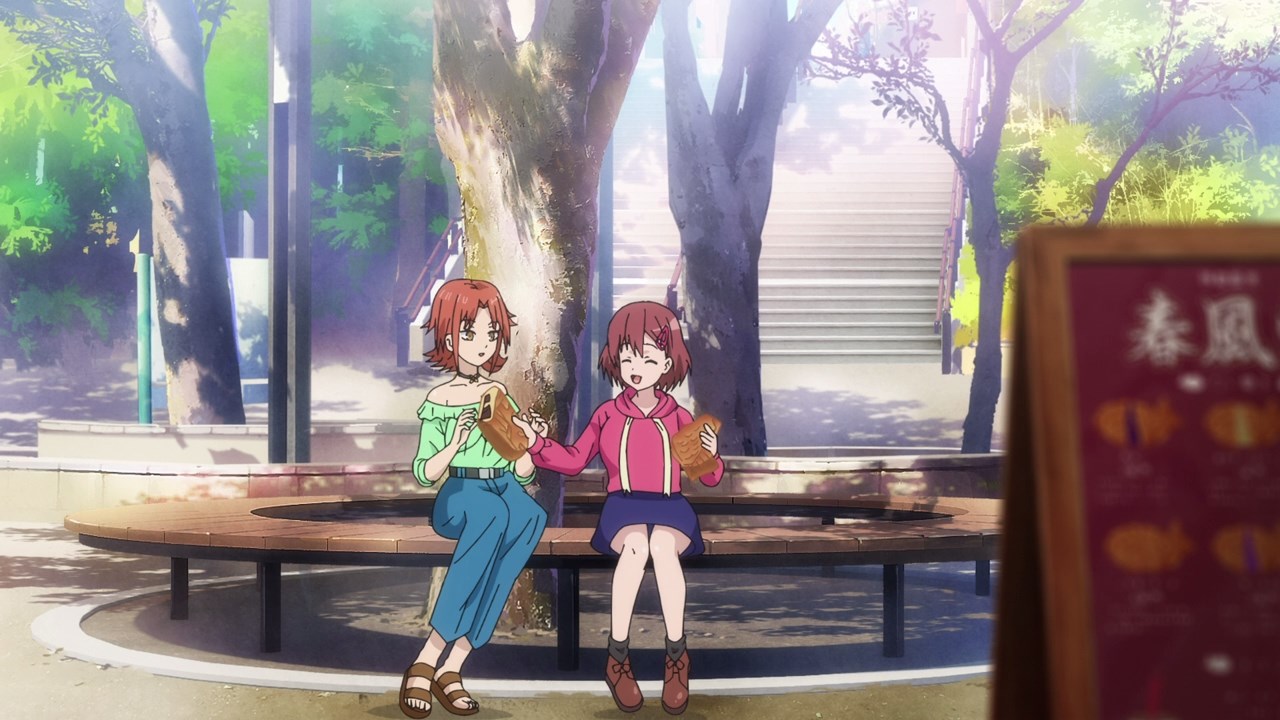 Now then, looks like Hirana shared a giant taiyaki with Excel. And really, finding a stall that sells giant taiyaki is very hard but hey, at least Hirana and Excel finally found it. 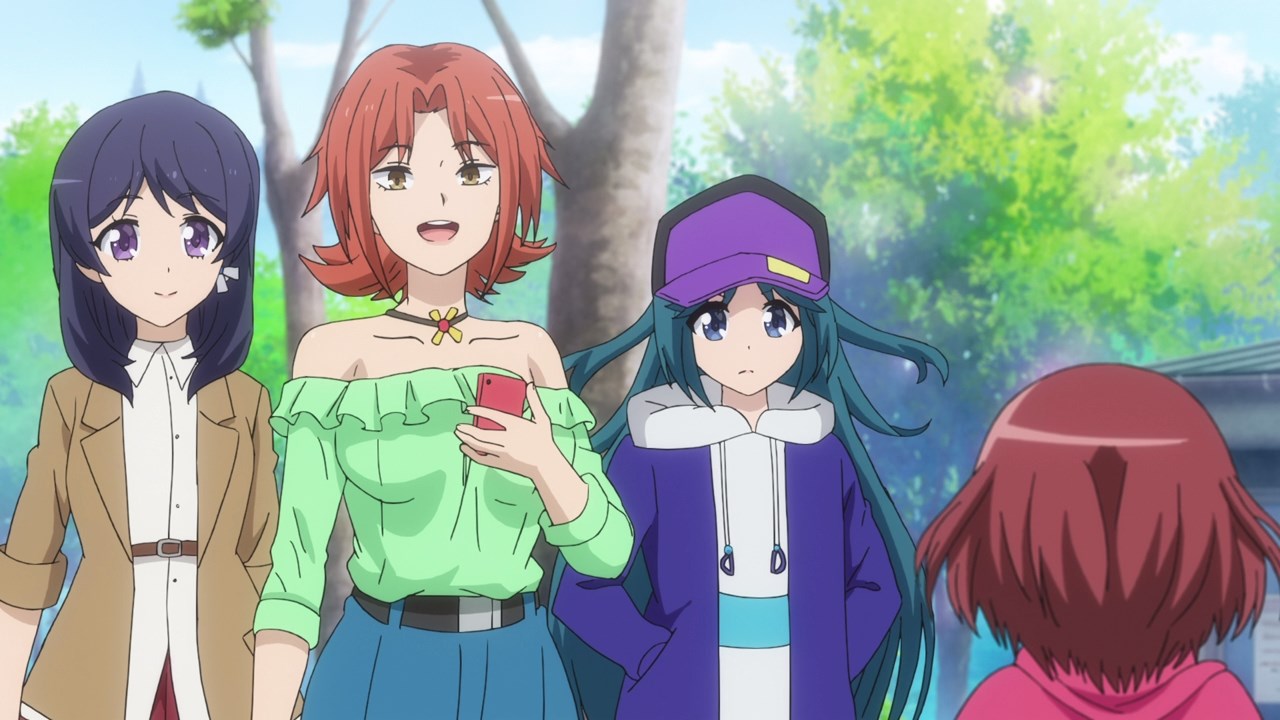 Speaking of Excel Minazuki, looks like her two friends Daina Usuki and Makina Sorachi are here to pick her up but before she leaves, Excel sent something to Hirana’s smartphone. 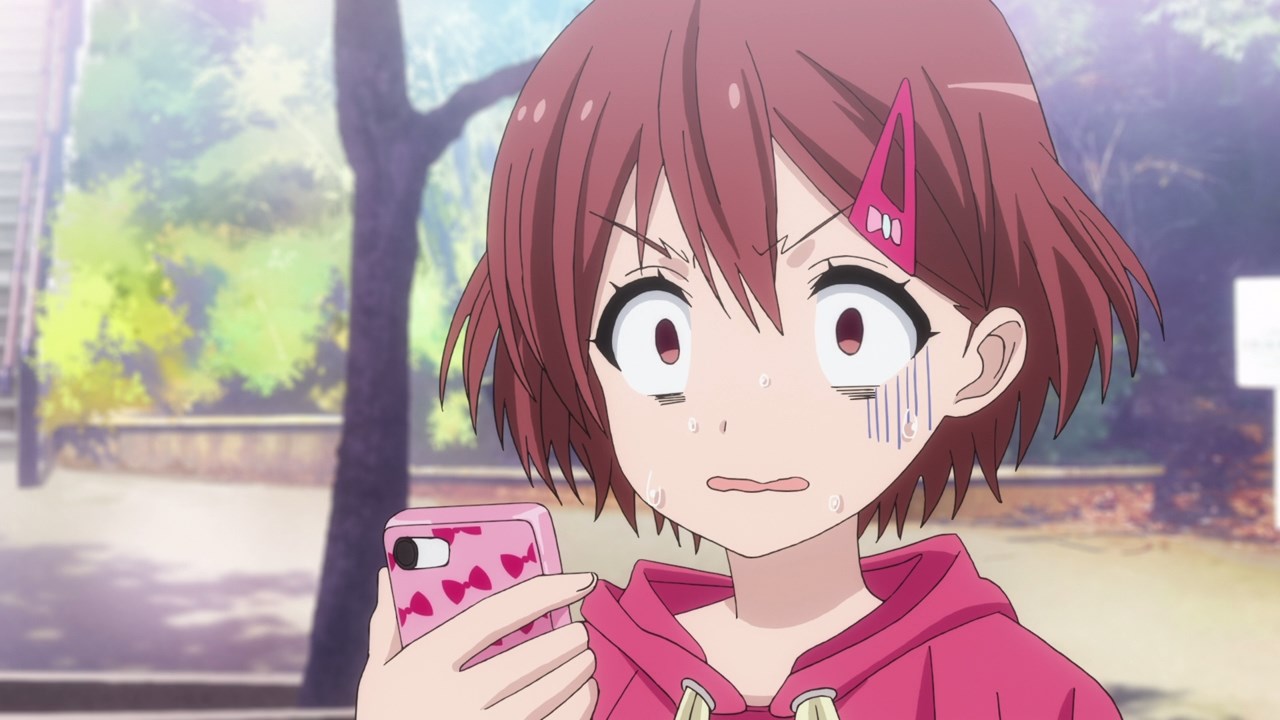 And here’s Hirana Asu where she’s shocked that Excel Minazuki would sent something important to her.

So, what’s this important item? It’s a premier ticket to the biggest Diva Battle in WIXOSS Land. 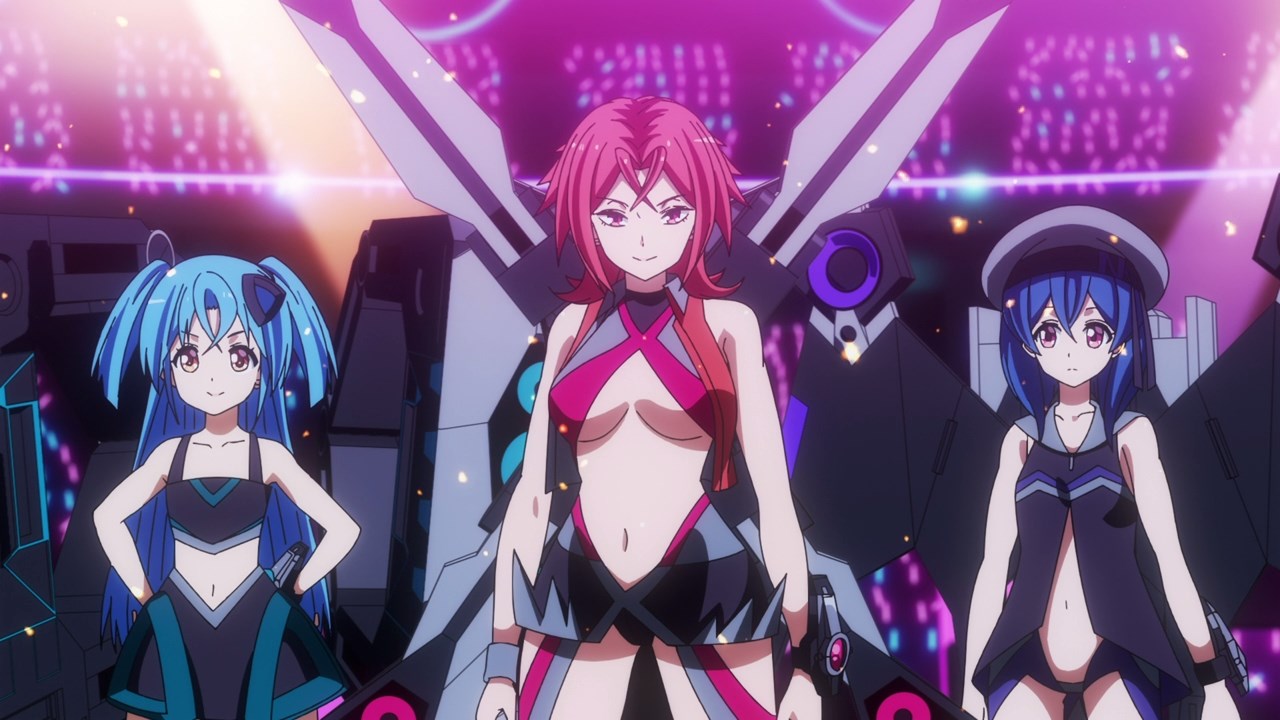 For you see, Hirana and her friends are invited to see Deus Ex Machina, the top diva unit in WIXOSS Land as they’re gonna fight against a fellow A Class unit. 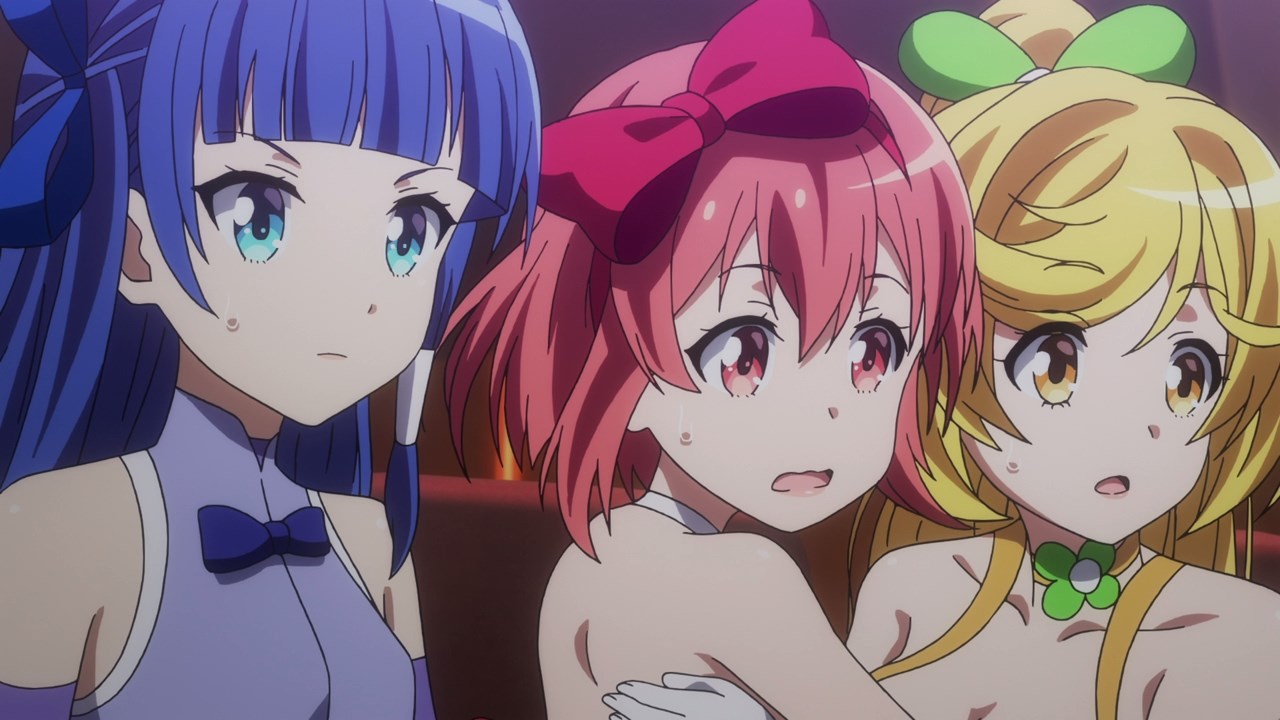 And here’s No Limit where Hirana and her friends are watching at the premium box. While they’re lucky to see the top team up-close, I’m scared that they’ll witness a massacre. 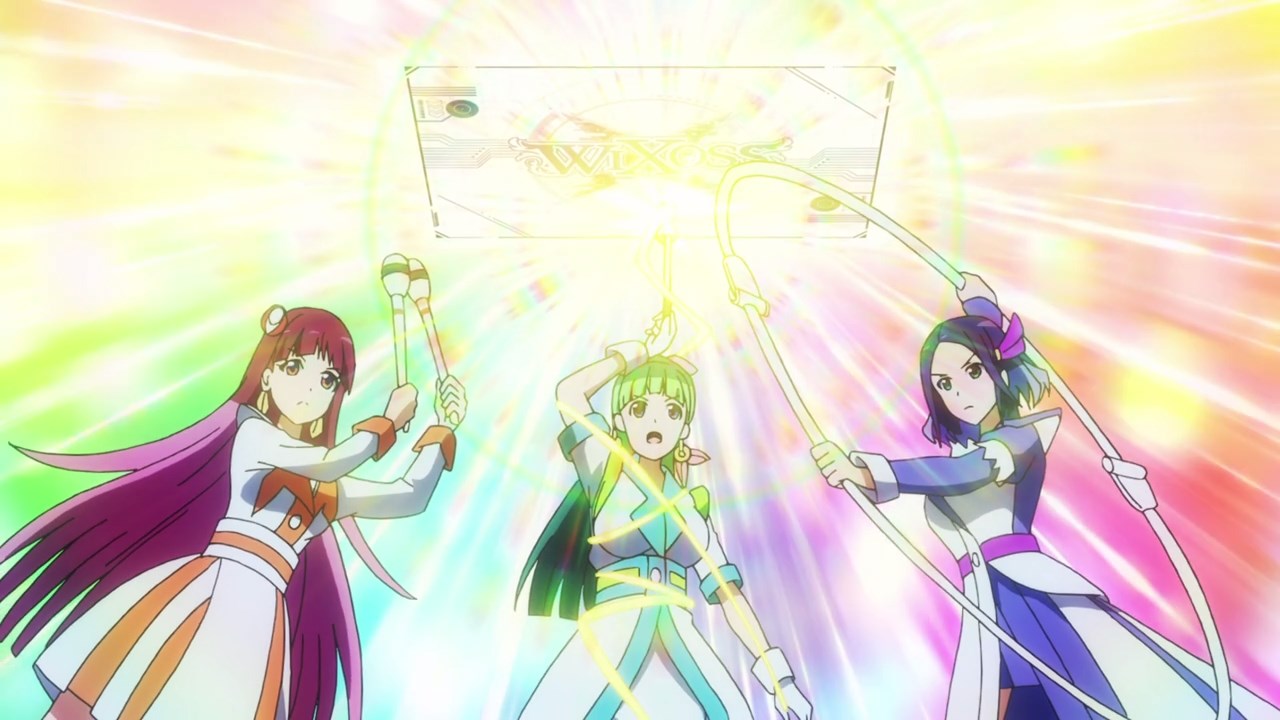 Anyways, today’s vic- I mean challenger is MeteoRhythm where they’re poised to take the top spot from Deus Ex Machina. 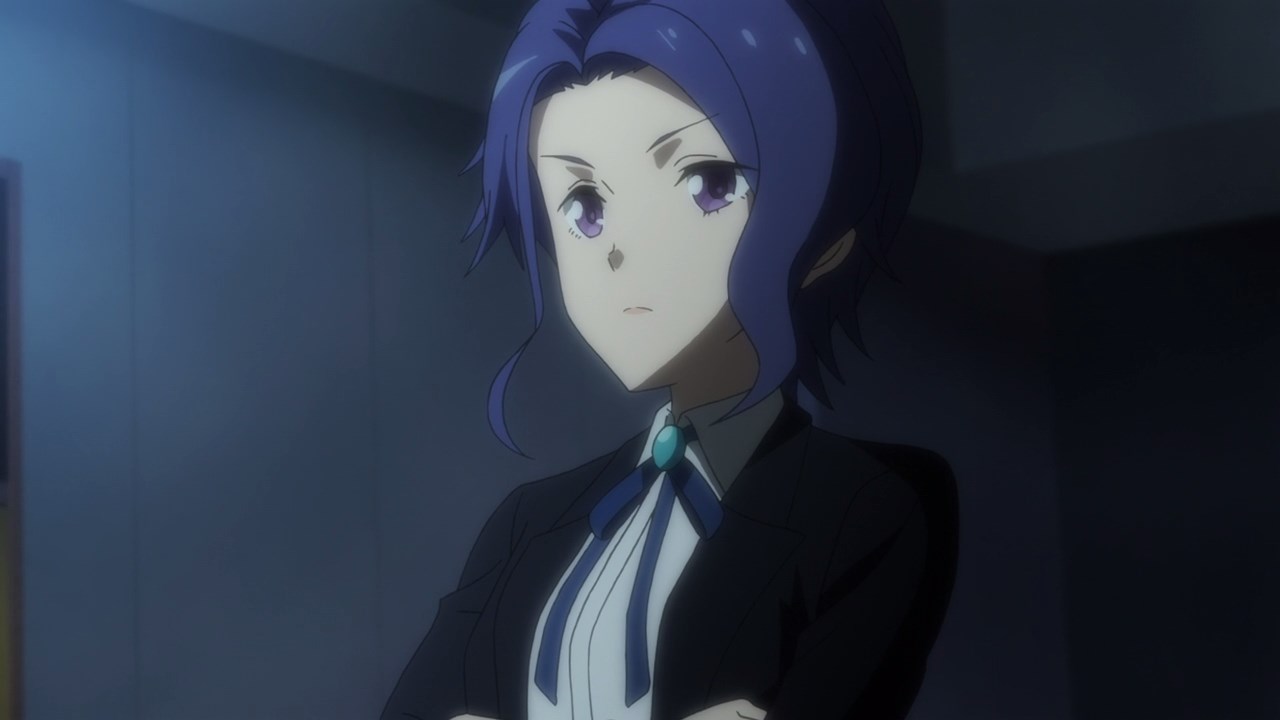 And one more thing, this is the manager of Deus Ex Machina where I have a feeling that she’s a former member of Mugen Shoujo. 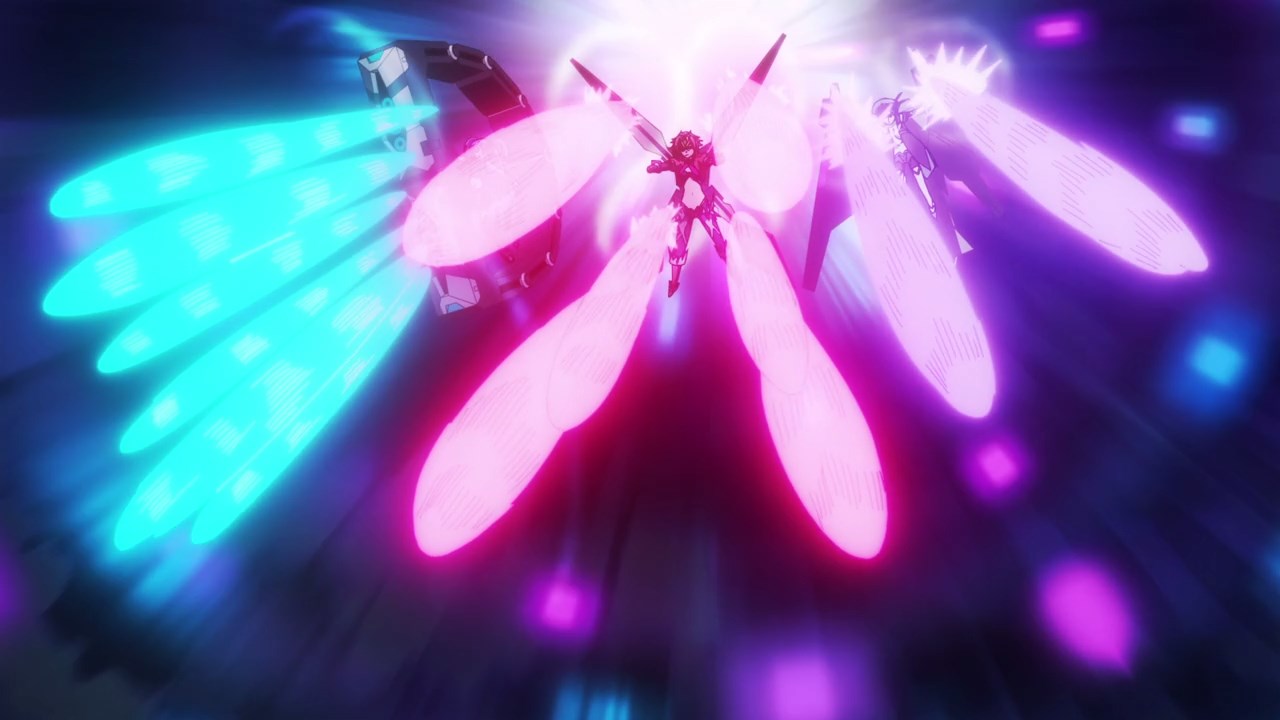 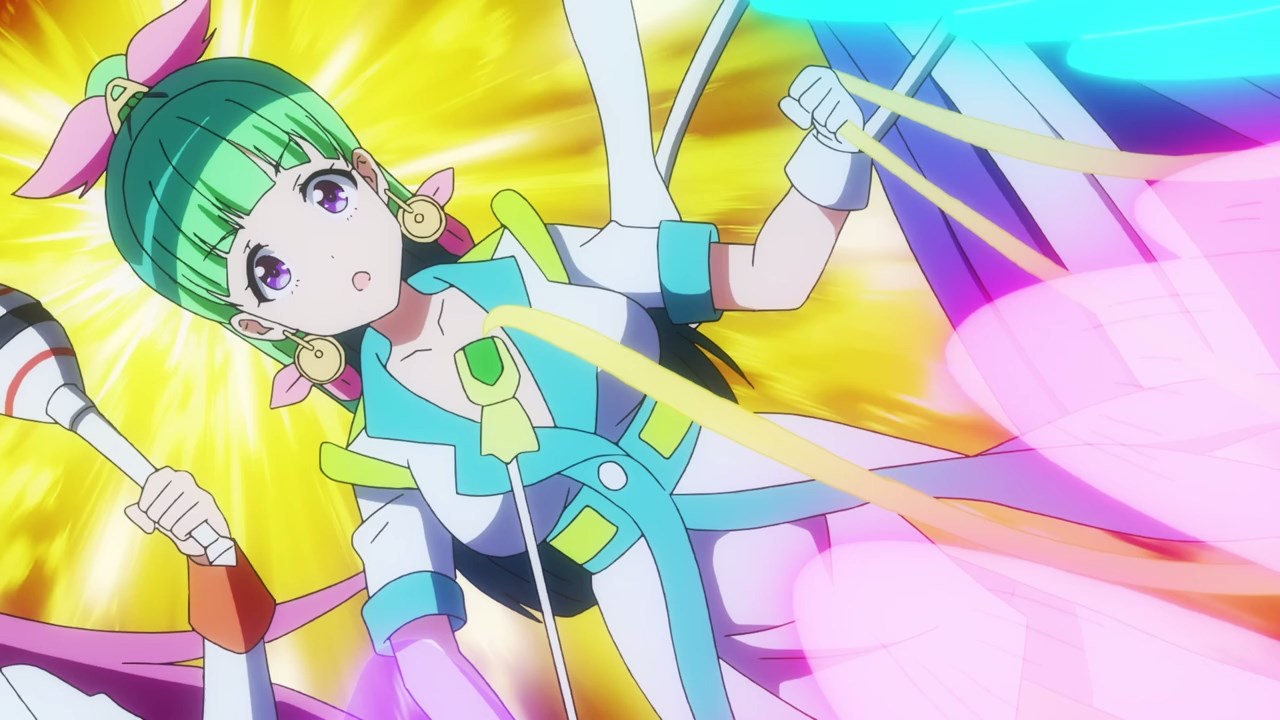 But anyway, looks like Deus Ex Machina is about to wreck MeteoRhythm easily. Despite MeteoRhythm’s efforts to stop Ex and her teammates, the top diva unit is unstoppable. 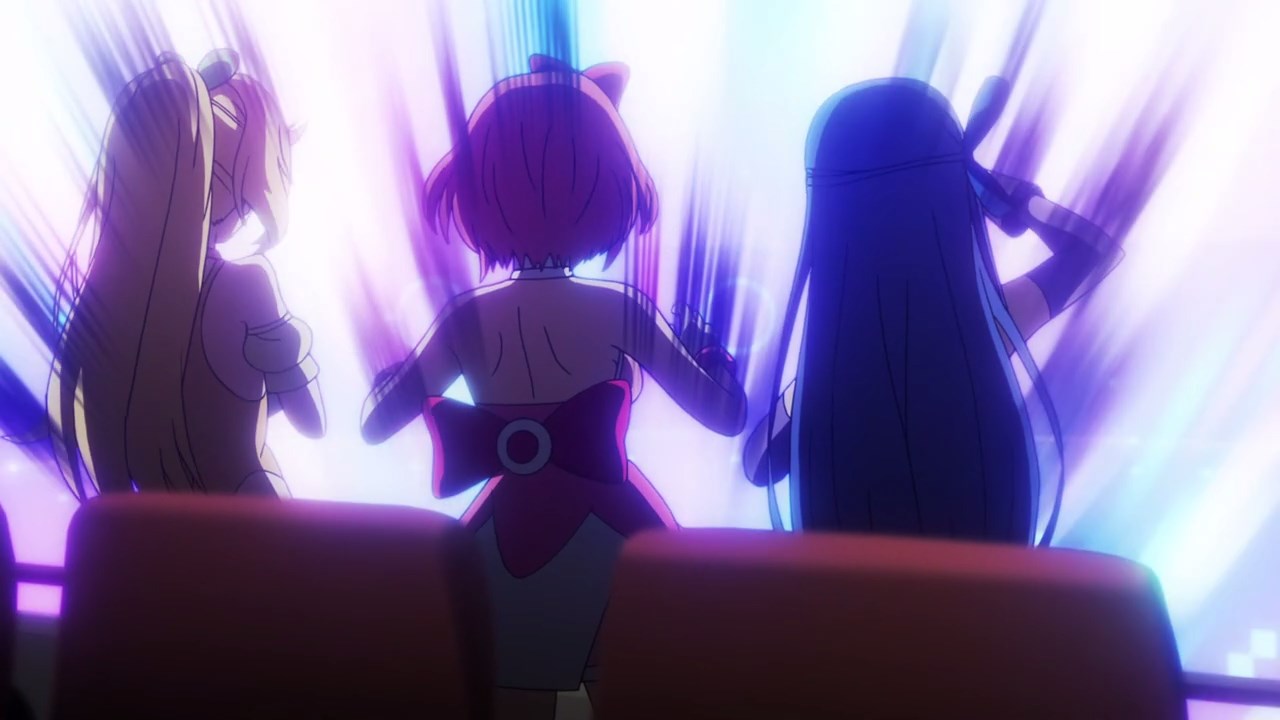 Even No Limit is terrified by Deus Ex Machina’s power as they won their exhibition match against MeteoRhythm.

I have to say that Hirana and her friends will need to get stronger if they want to beat the top unit in WIXOSS Land. At their current strength, they don’t stand a chance. 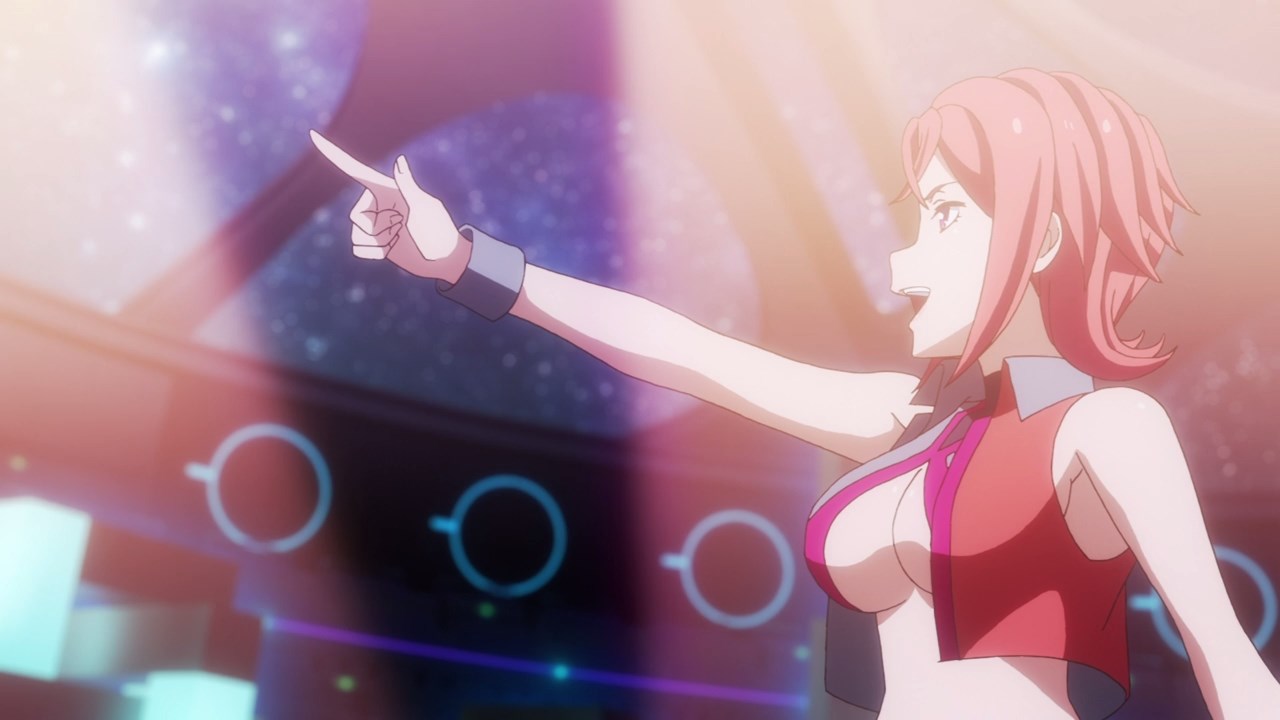 However, Ex has decided to challenge No Limit as she’s excited to face Hirana who looks up to Mugen Shoujo, not to mention that she want to thank Hirana for sharing her giant taiyaki. 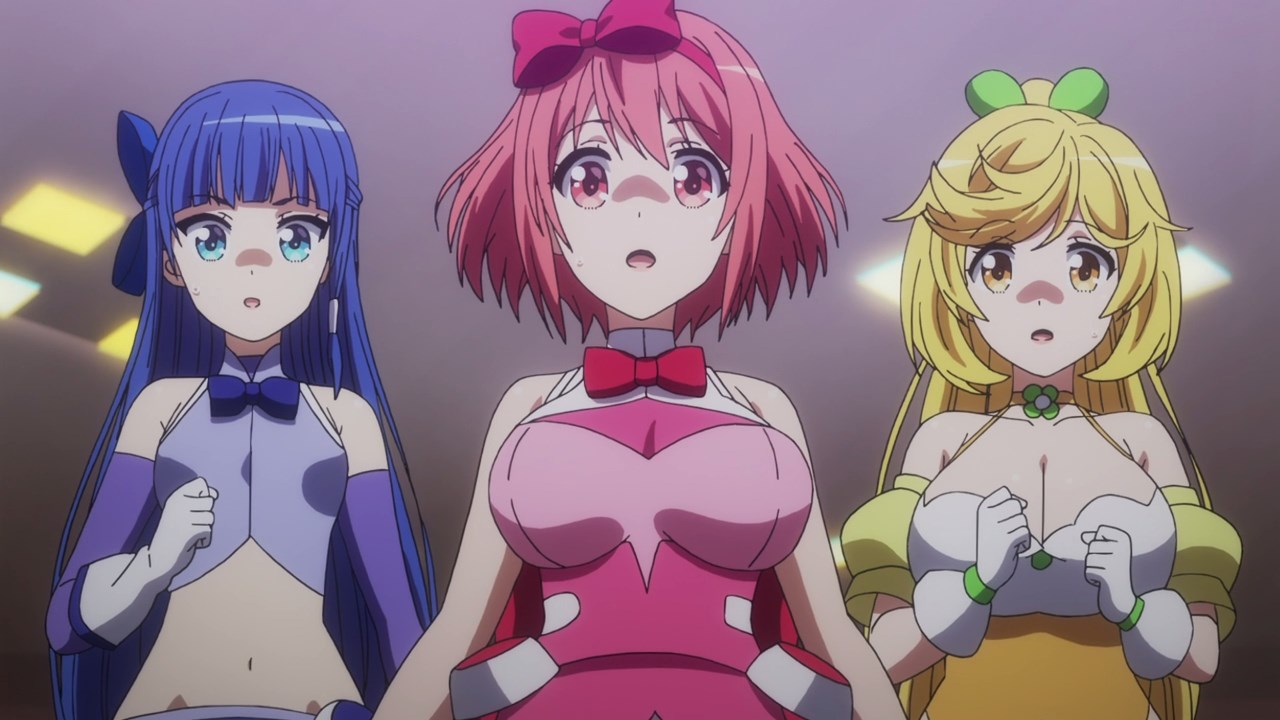 Well then, this is very unexpected as No Limit is gonna engage in a BATTORU against Deus Ex Machina. Honestly, Hirana and her friends will need to pull a miracle if they want to win against the top diva unit in WIXOSS Land, no matter how bullshit it is.

Anyways, that’s about it for this episode and man, I’m very scared on next week’s episode ’cause No Limit are shaking right now!