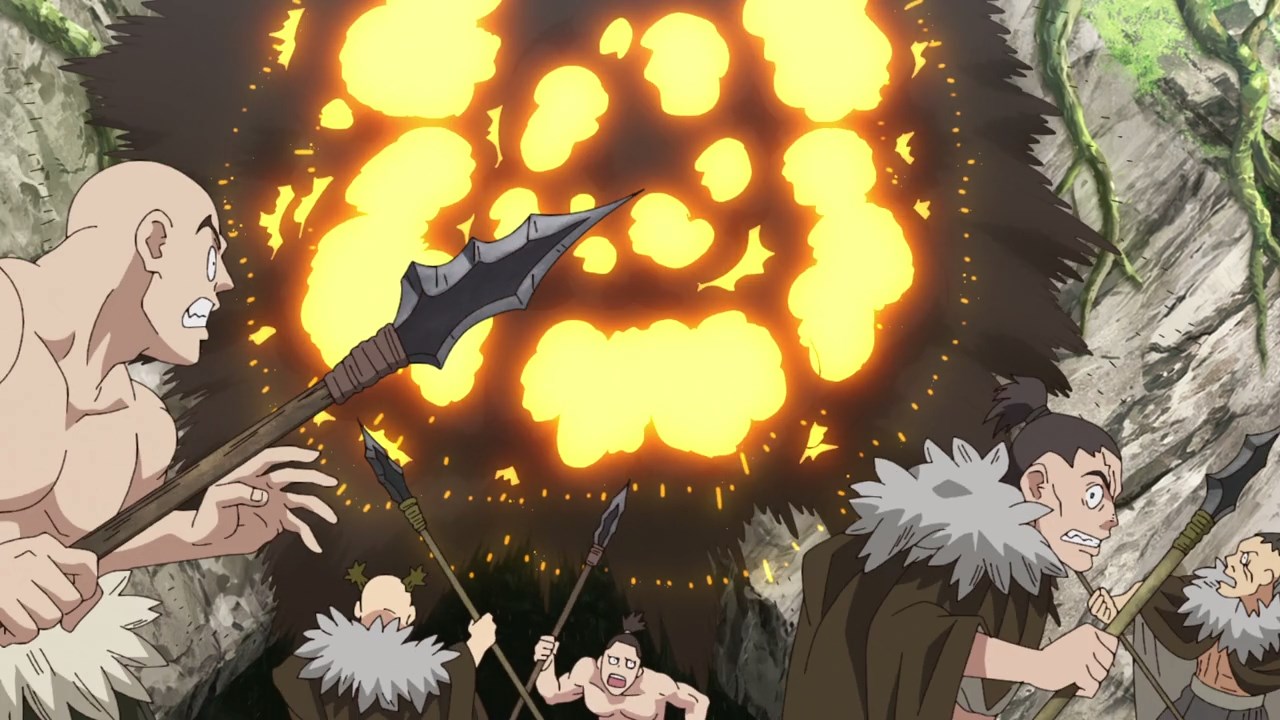 Well everyone, the soldiers from the Empire of Might will witness the power of science by creating a giant explosion. 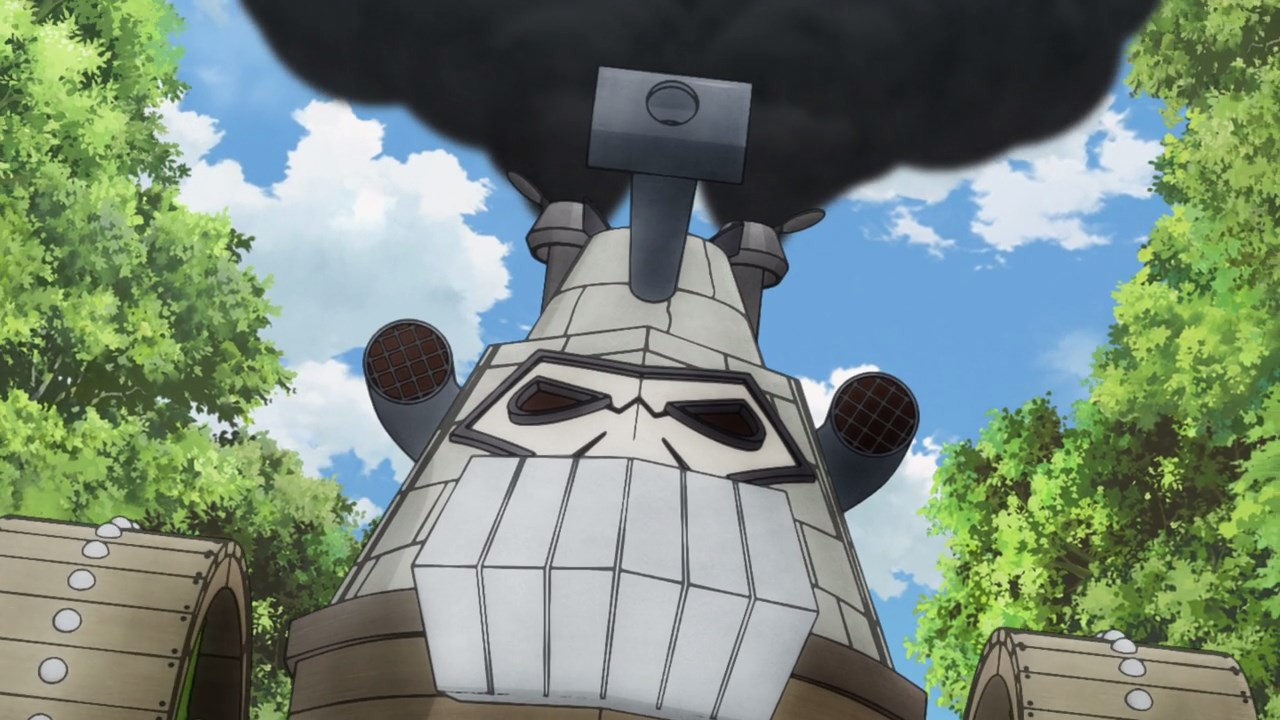 Oh, and it’s being fired by the Steam Gorilla where it became a tank. Still can’t fire gunpowder shells however since Senku doesn’t want to create casualties. 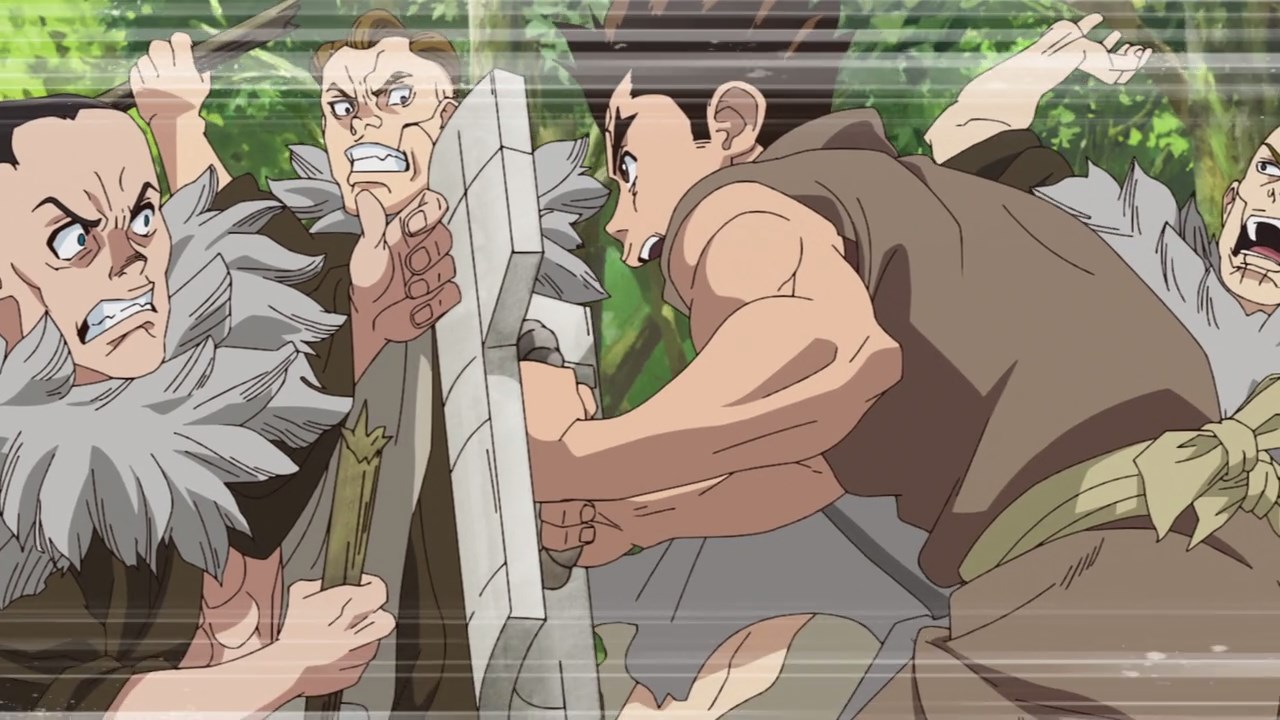 Meanwhile, Taiju Ooki is putting the paper shield into good use as a ramming weapon. Glad that Taiju is here to help Senku out. 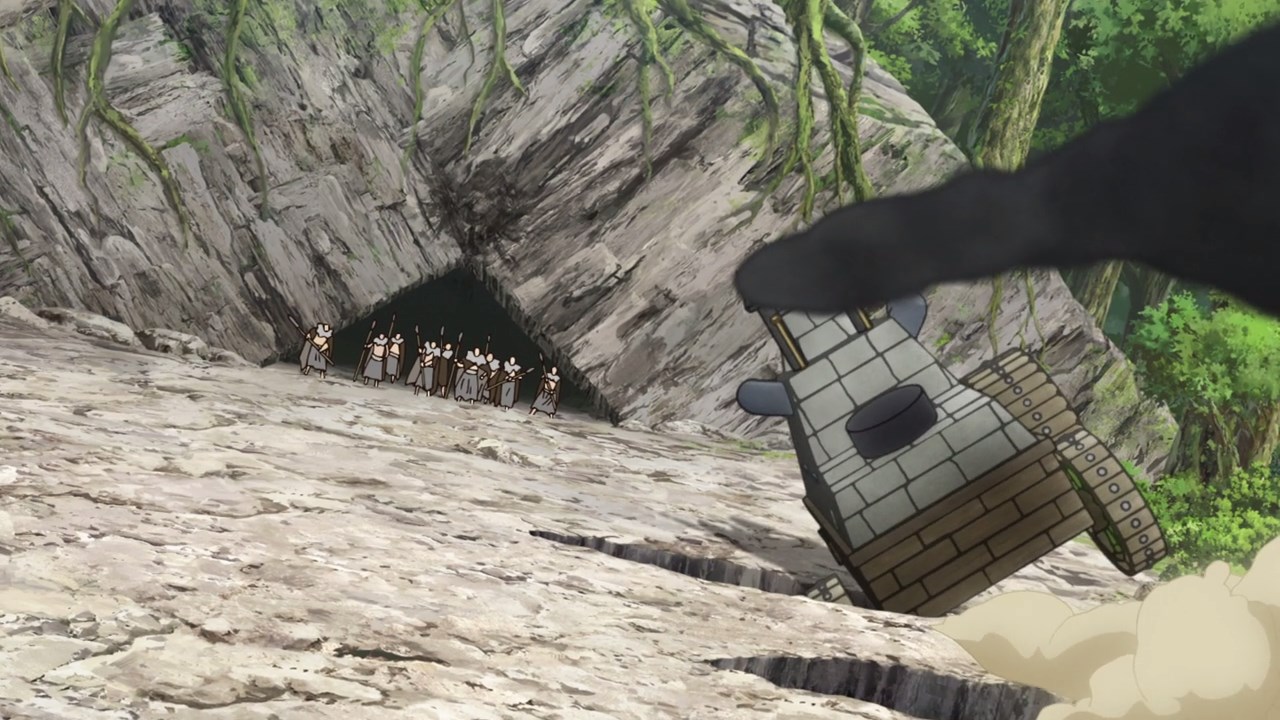 But speaking of Senku and his tank crew, the Steam Gorilla hit a snag where it got caught in a trap. Looks like Senku’s machine is a dead weight. 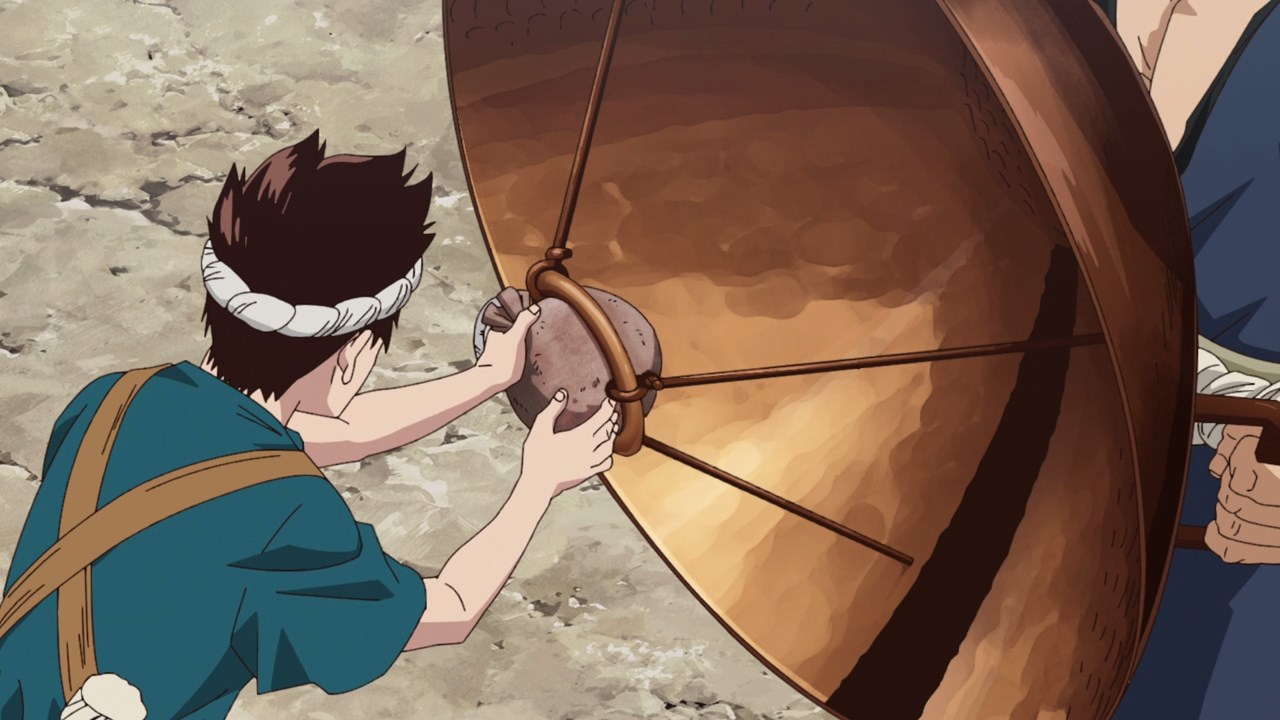 That’s until Chrome and Magma got a weapon that would stun Tsukasa Shishio’s soldiers. All they need to do is to place a bomb at a copper parabola dish and this is where the magic starts. 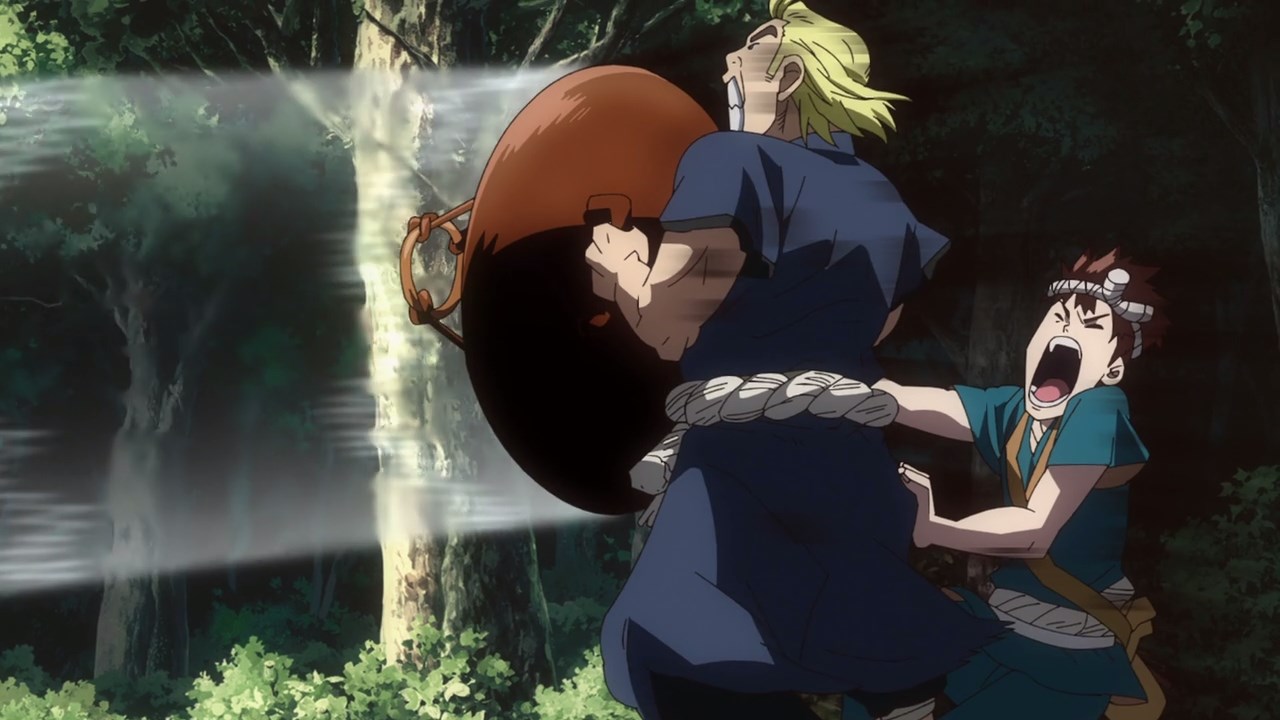 This turned into a sonic wave in which it produces a deafening noise directly at them. Just hoping that Magma and Chrome got ear plugs. 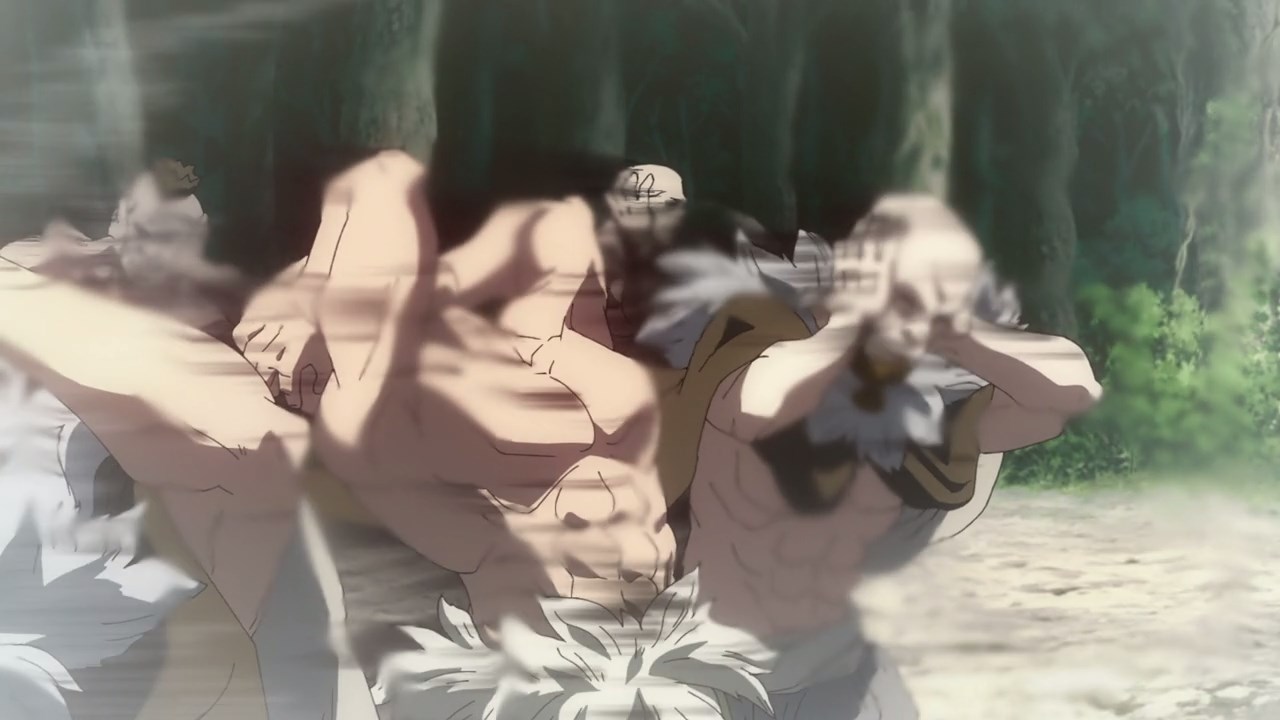 But as for Tsukasa’s men, they’re pretty much stunned with the sonic wave. But that takes care of those soldiers from the Empire of Might. 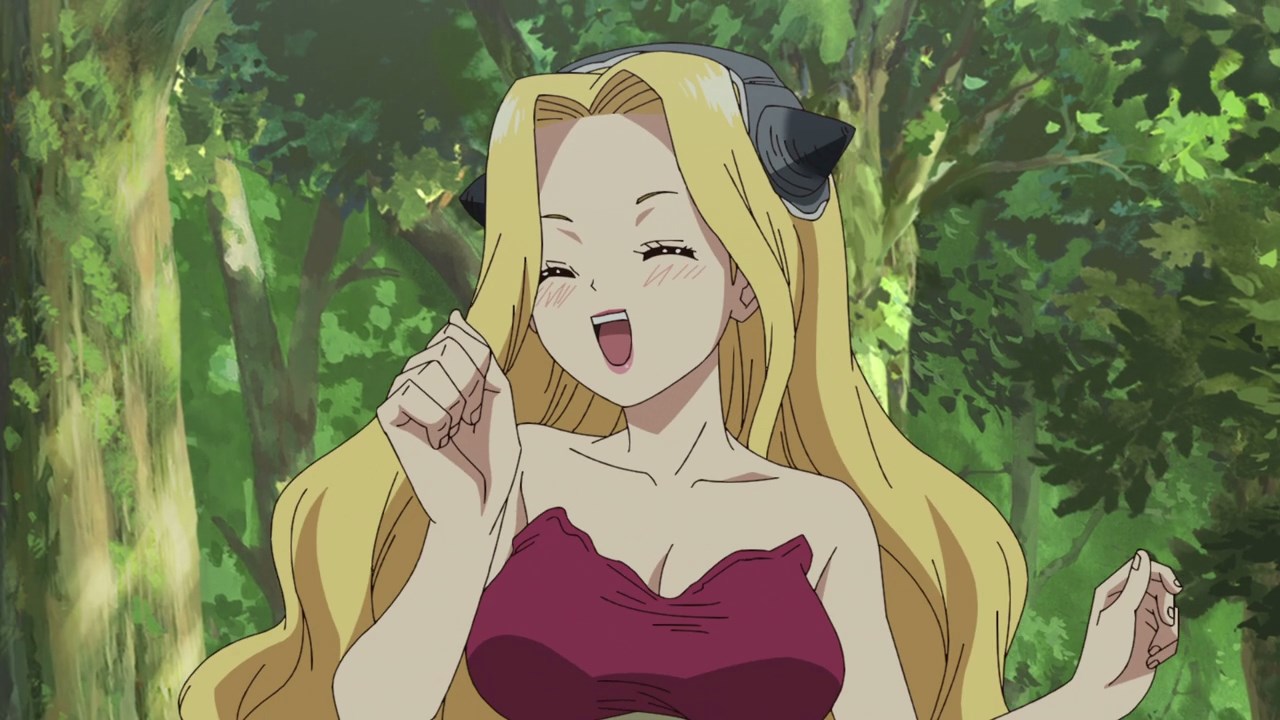 Would it be better if Minami run towards her boss instead of gleefully taking her time to reach Tsukasa? 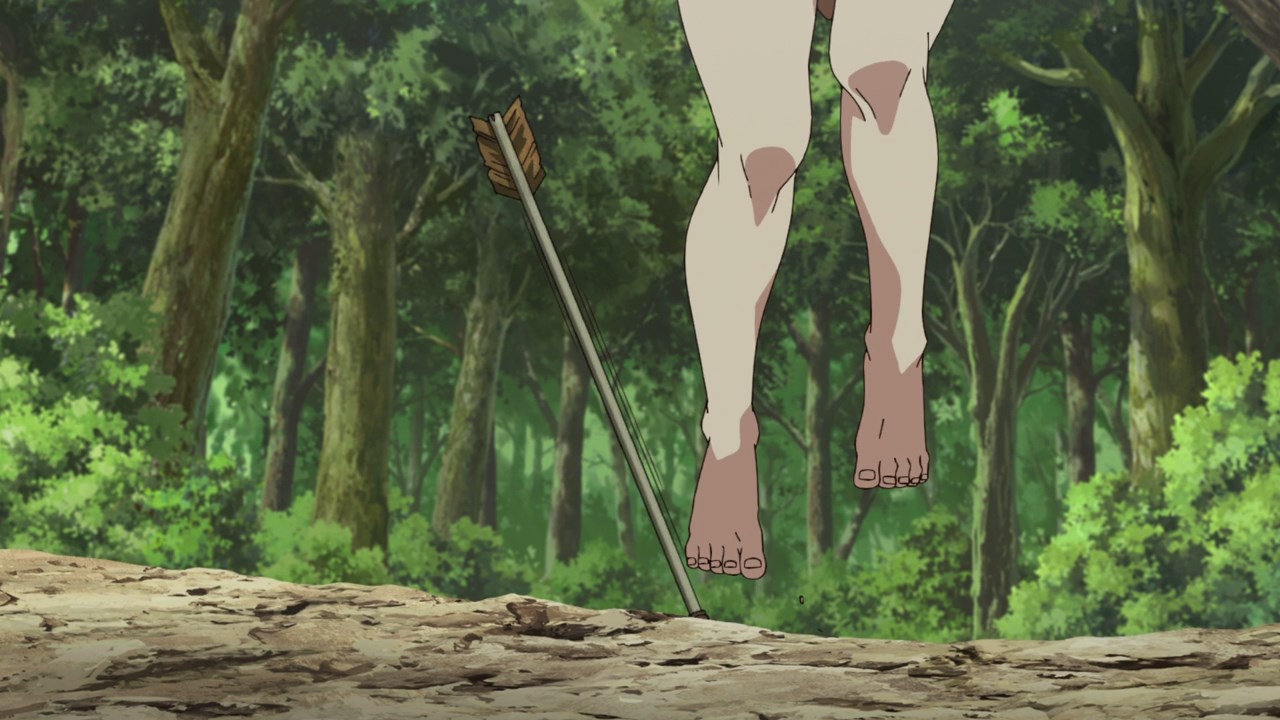 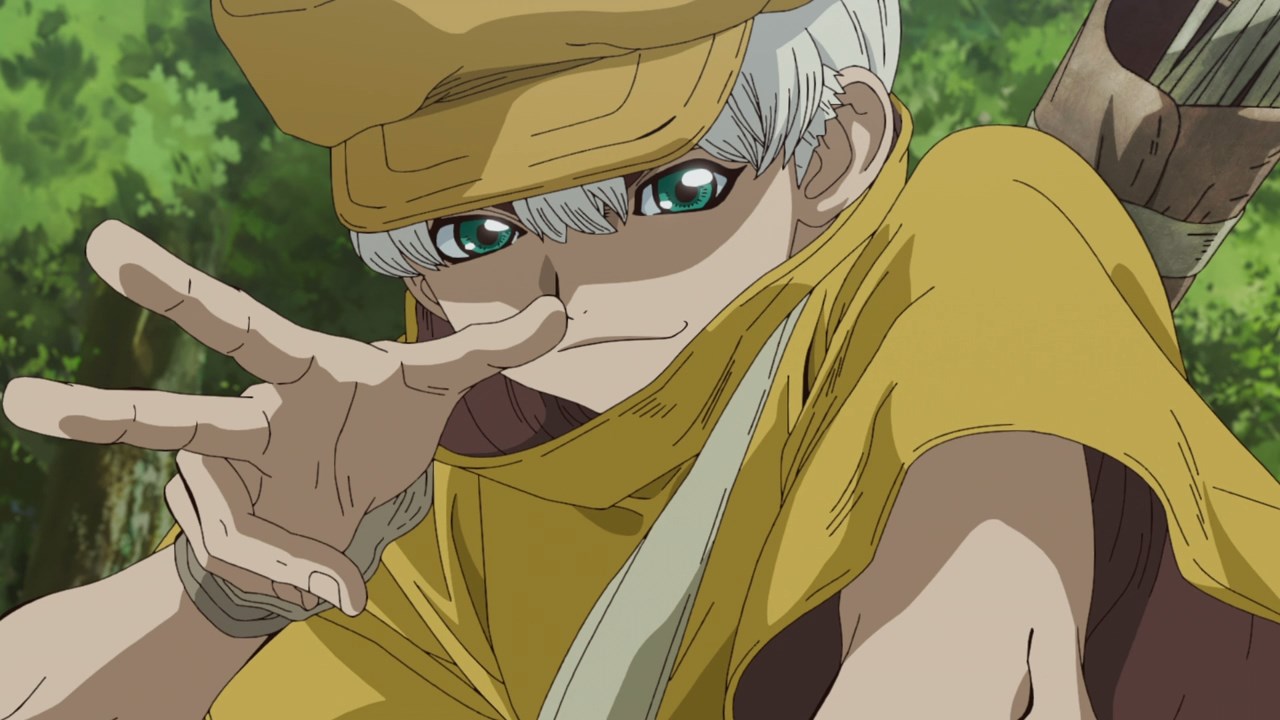 Unfortunately, Minami Hokutouzai was trapped by Ukyo Saionji where he fired a warning shot at her. Yeah, Hokutouzai should have reported to Shishio earlier. 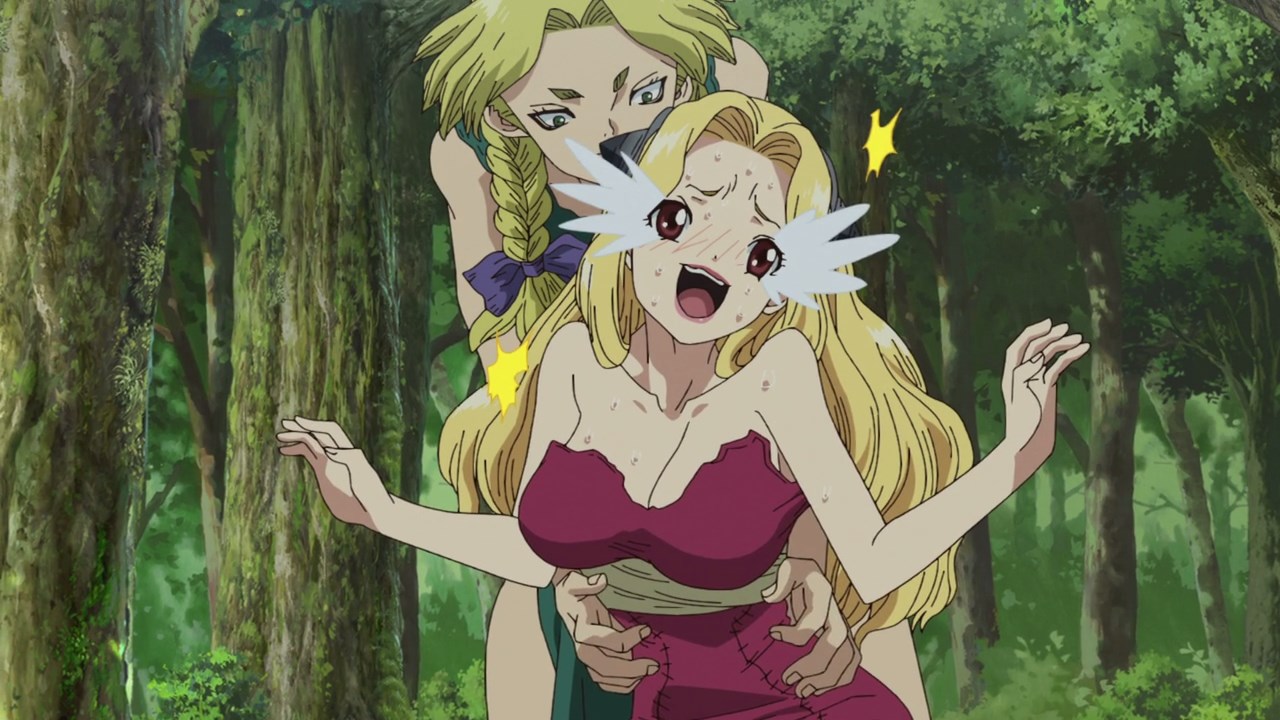 And speaking of Shishio, looks like she got captured by Niki Hanada where she tickled Minami until this reporter surrendered. 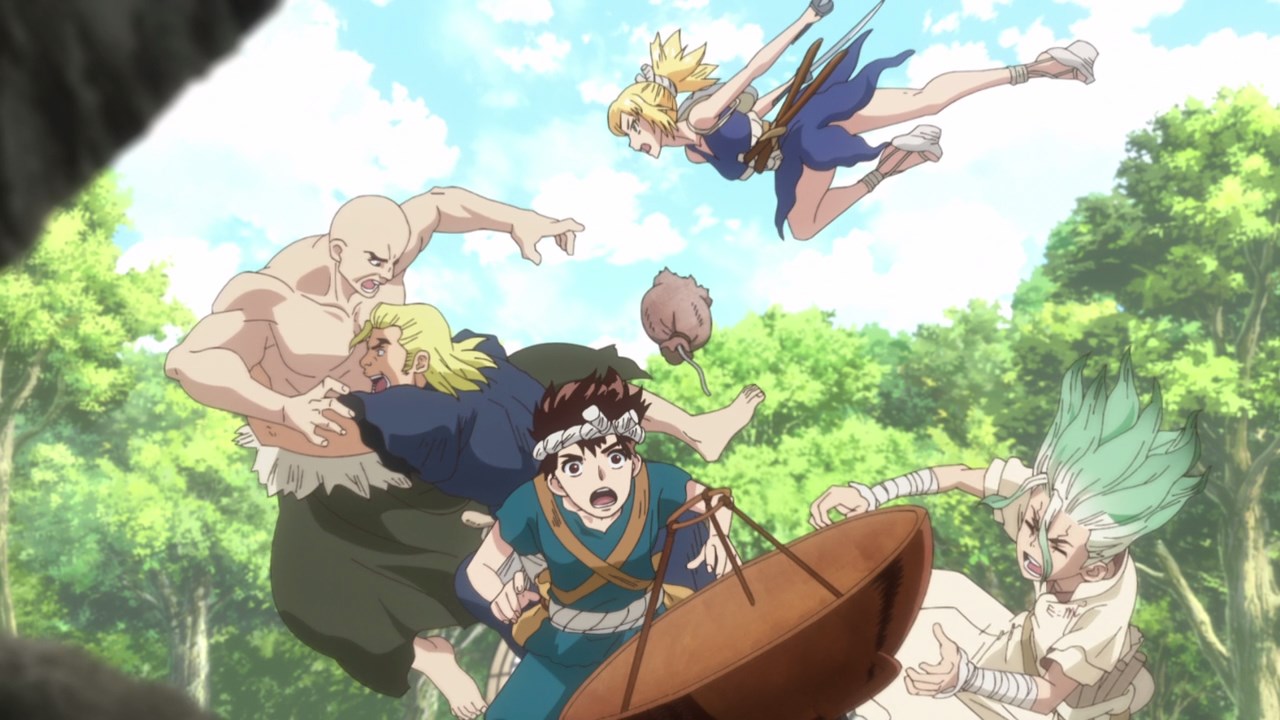 But let’s go back to Senku and his friends where they’re one step closer on capturing the cave, but one of the soldiers knocked-out one of the sonic bombs that Chrome is holding.

Good thing Magma tackled one of the goons but without a sonic bomb, the parabola dish is useless. 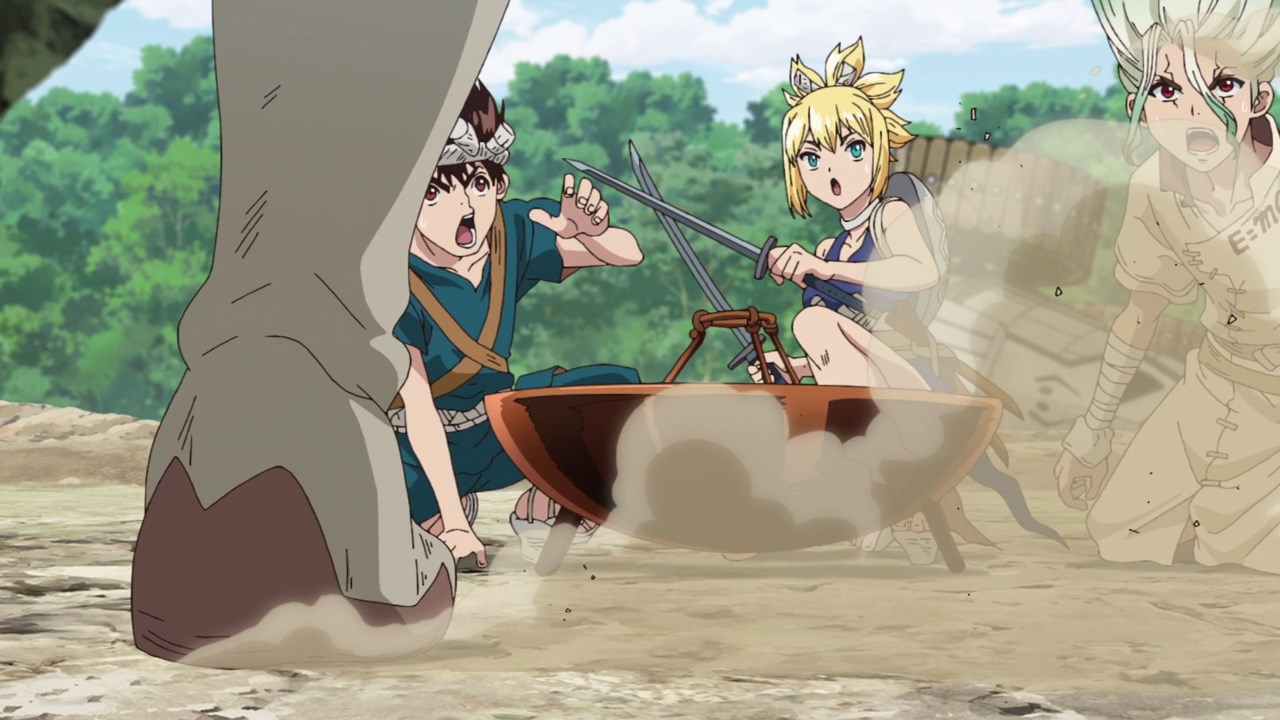 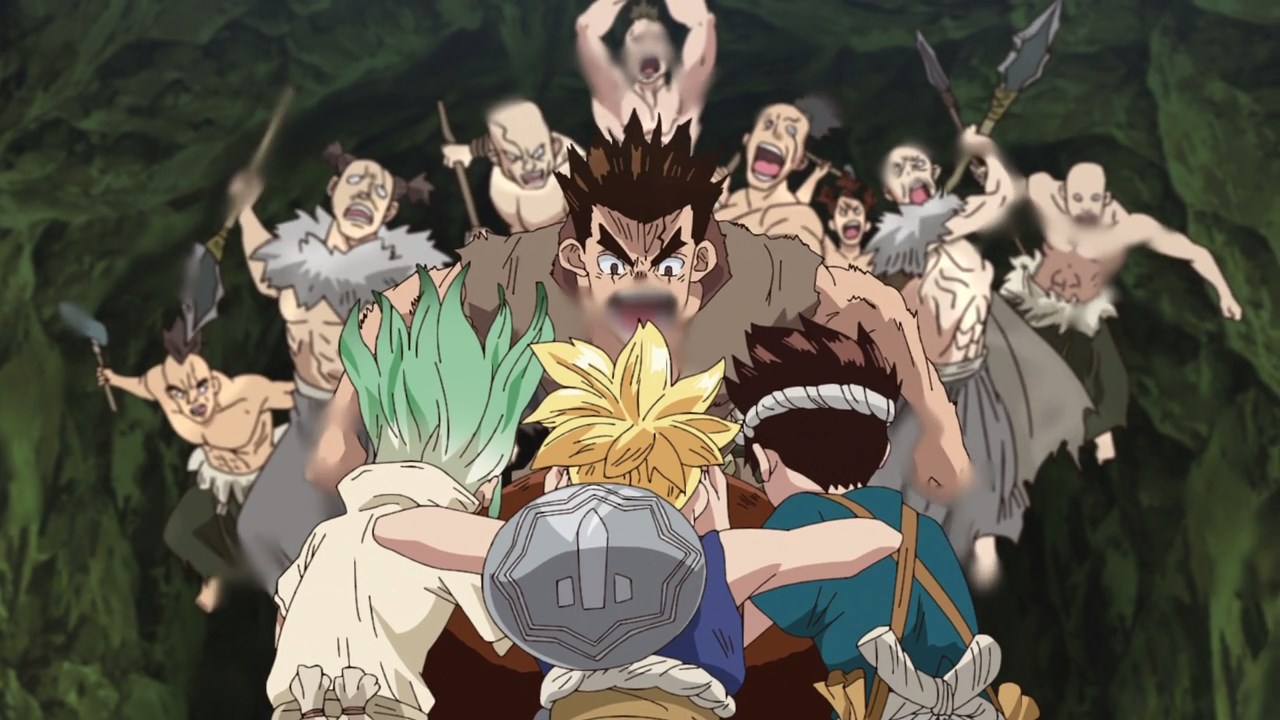 That’s until Taiju Ooki stepped in and shouted at the dish to create a powerful sound. Not only he has strong muscles, but Taiju got some lung power. 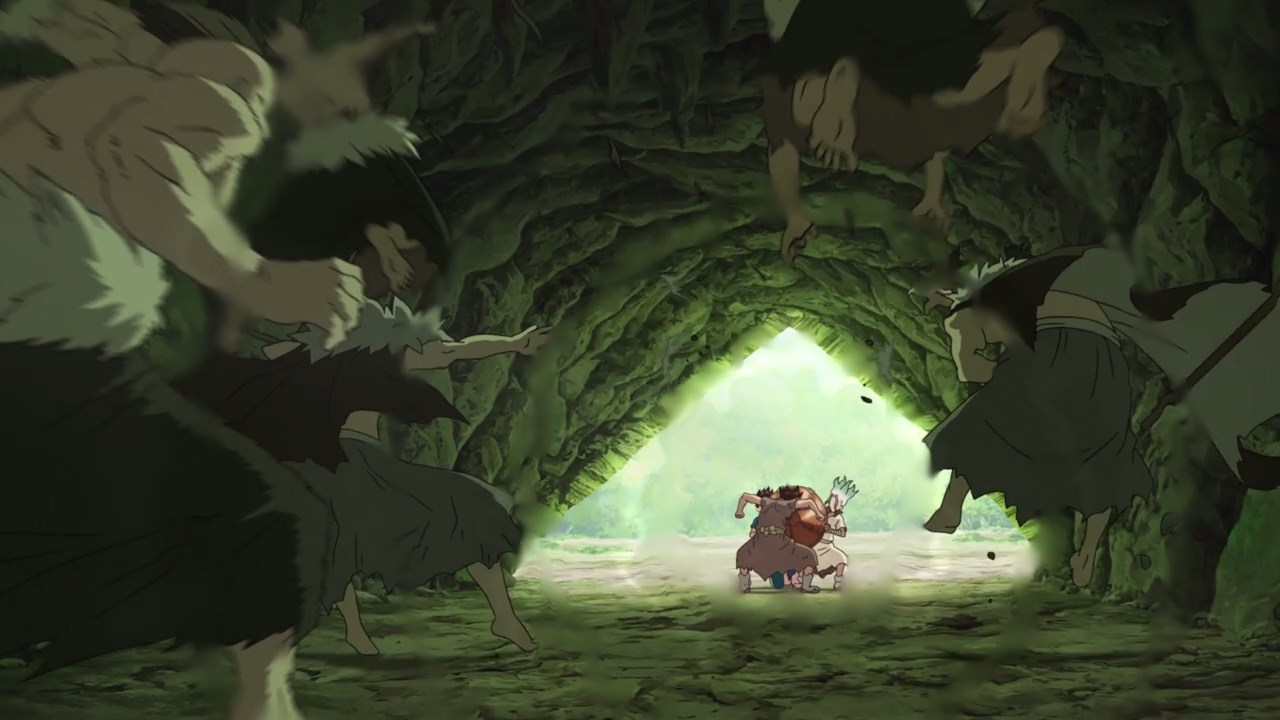 Thanks to Ooki, the Kingdom of Science managed to capture the Miracle Cave from the Empire of Might. I mean, those goons are blown away by Taiju’s earth-shattering shout! 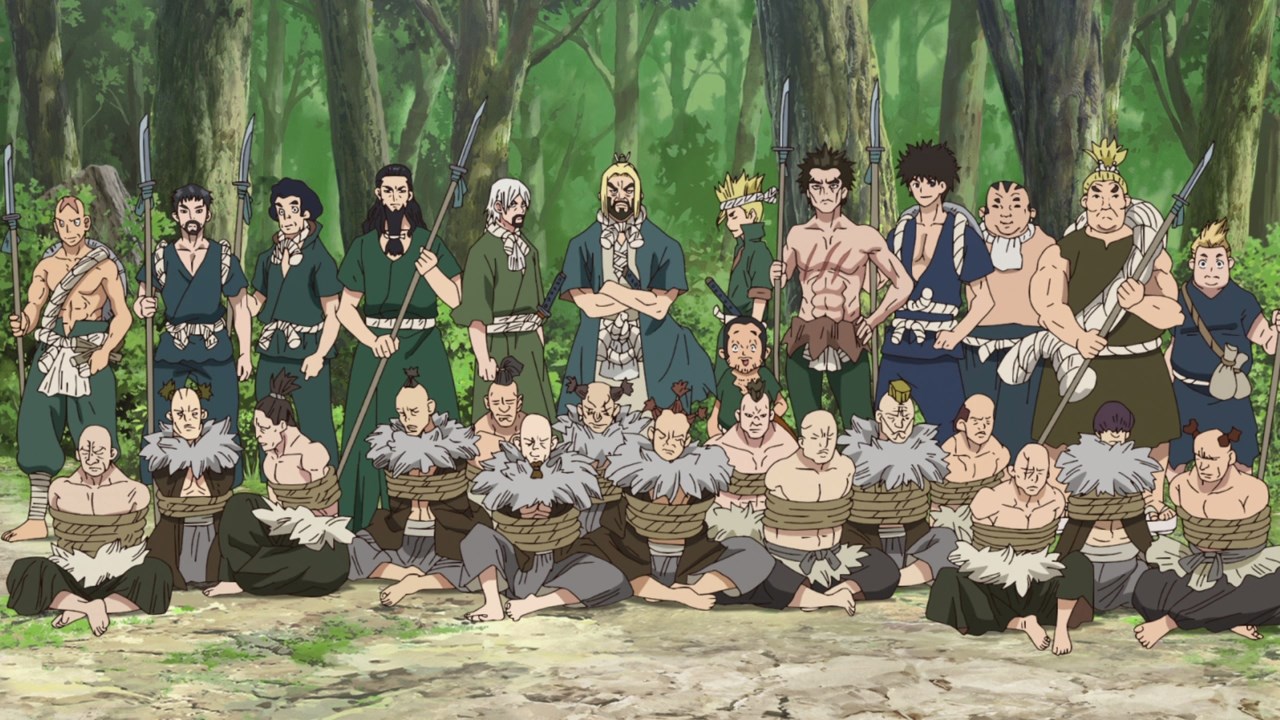 Oh yeah, and they managed to capture the cave without having casualties for both sides. After all, Ukyo Saionji doesn’t want anyone getting killed over a cave. 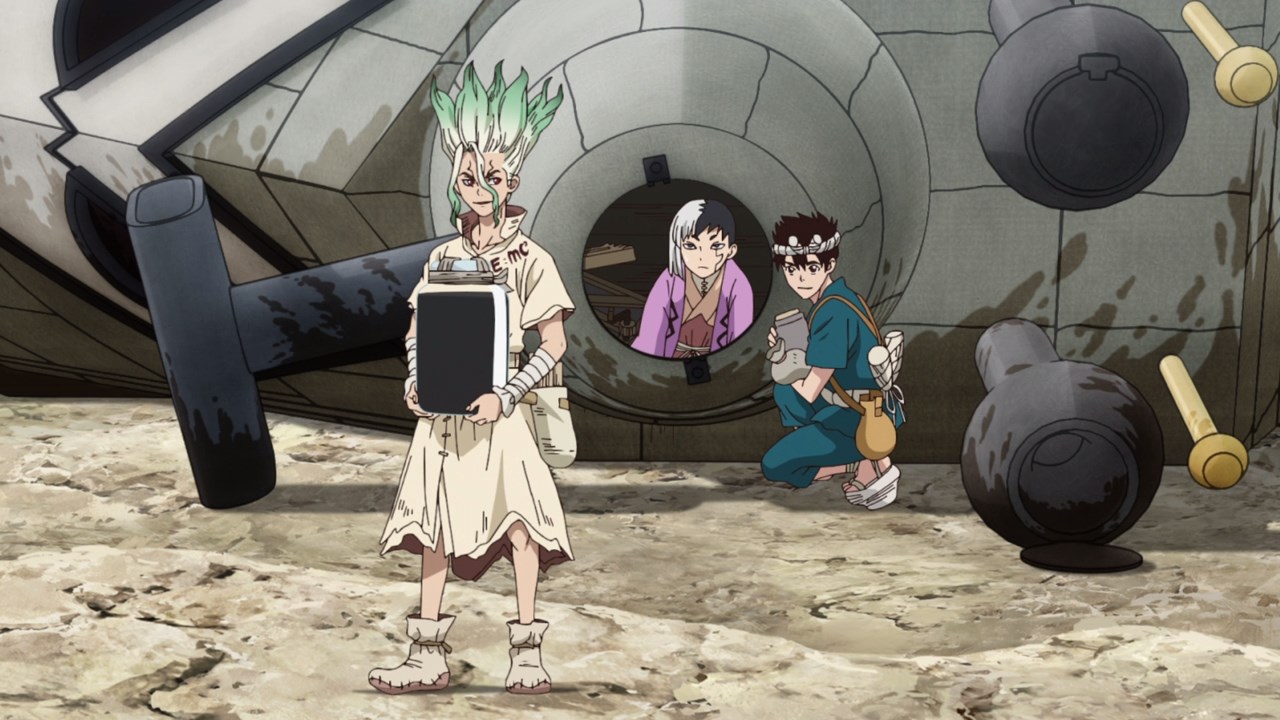 With the cave finally secured, it’s time for Senku to make some gunpowder as he got sulfur and charcoal. Now all he needs is nitric acid. 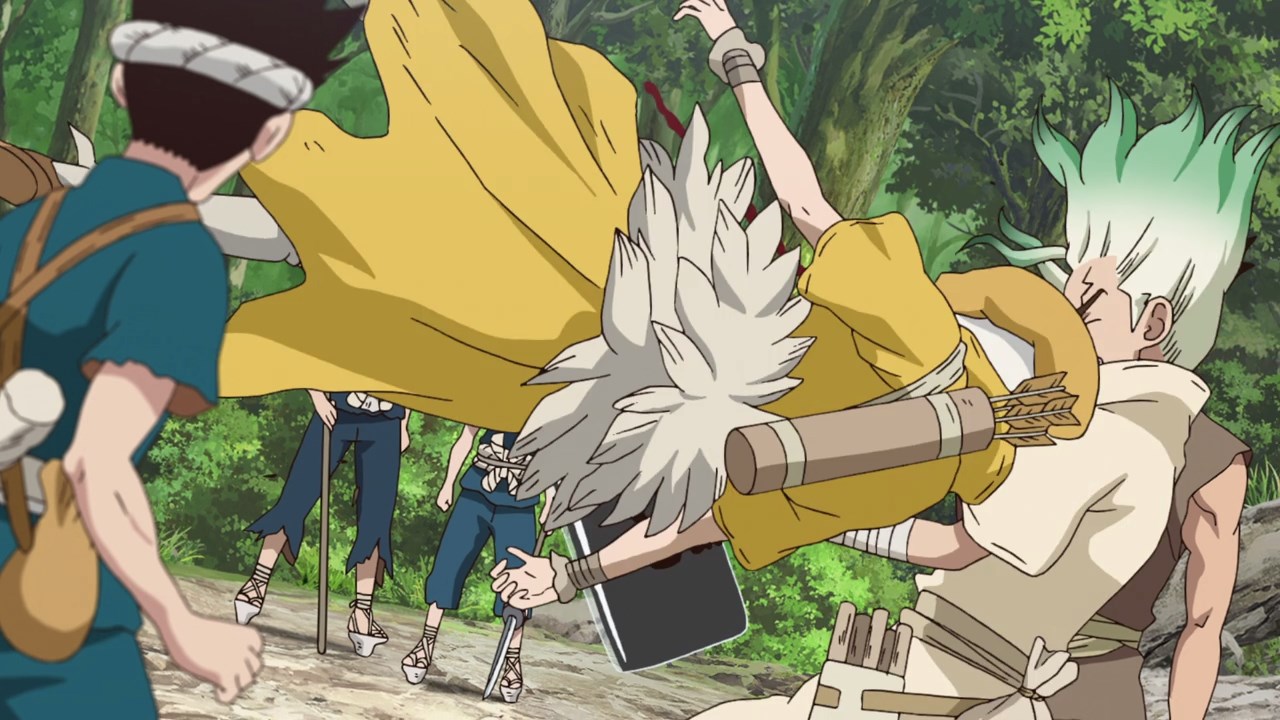 Unfortunately, someone attacked Ukyo Saionji in which he got knocked out from his perch and fell towards Senku. 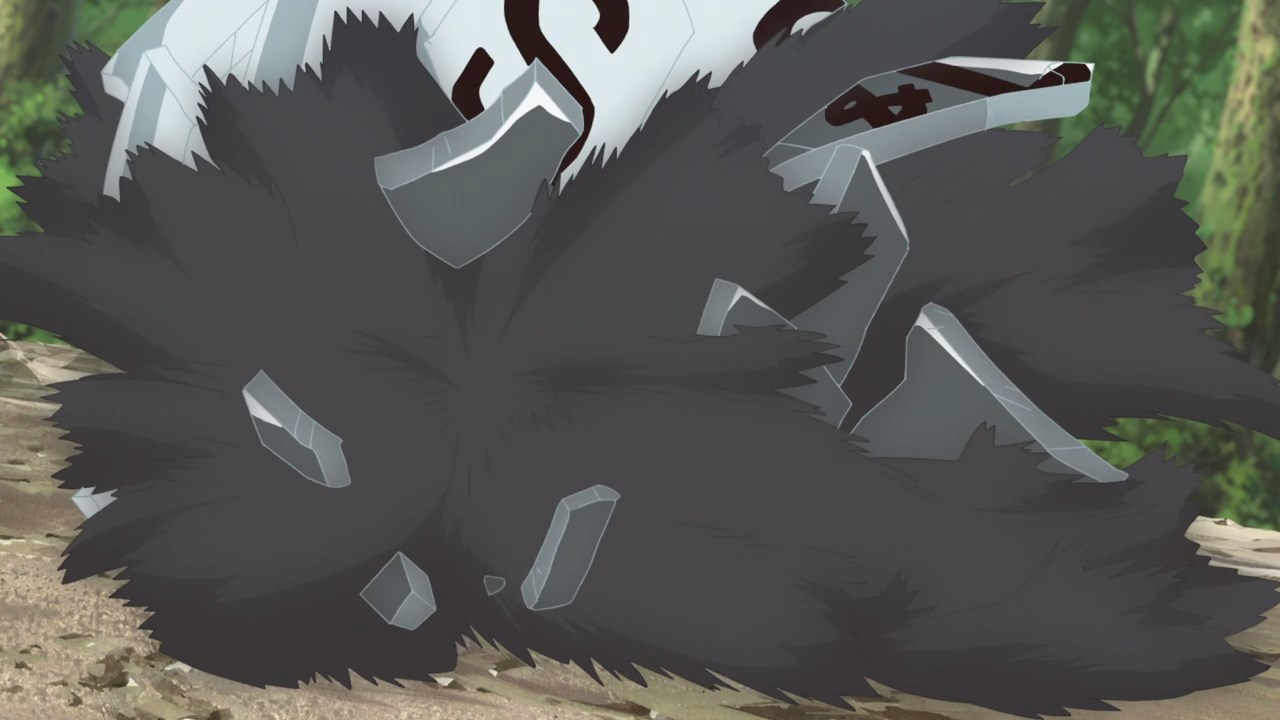 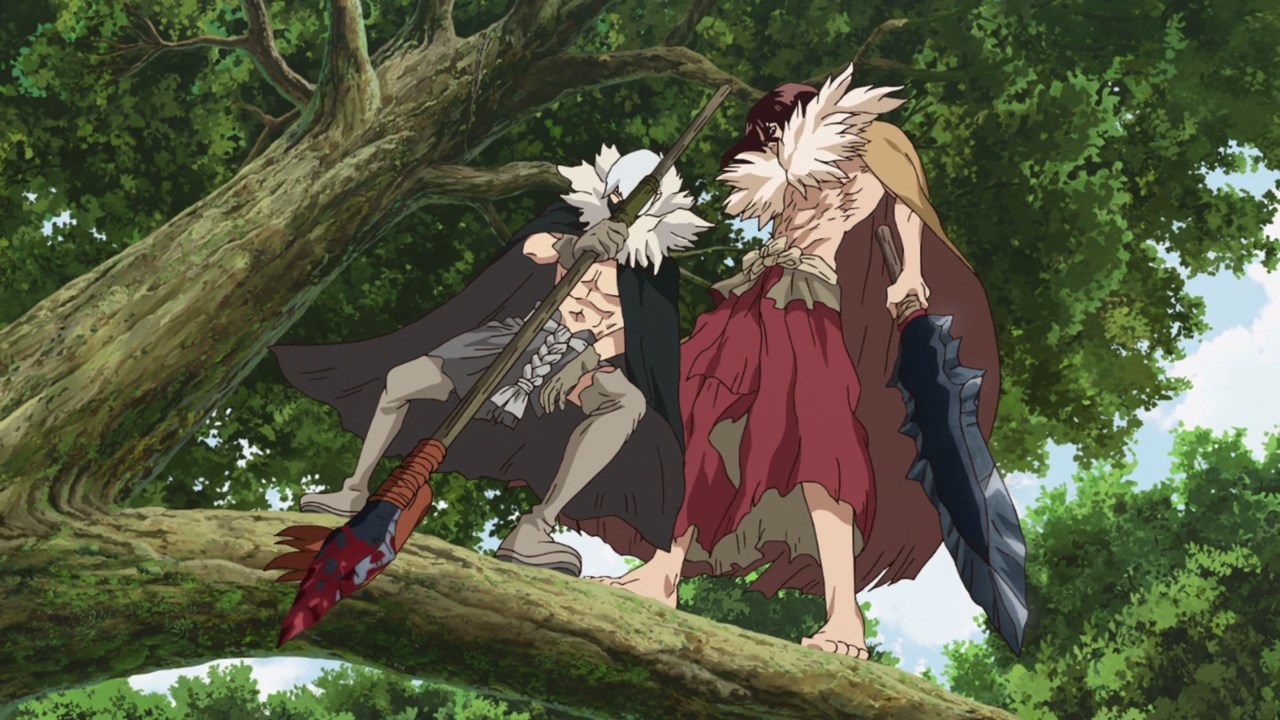 Anyways, Tsukasa Shishio has arrived together with Hyoga as they stopped Senku from making gunpowder. God, what bad timing!

Looks like Tsukasa will have to kill Senku with his bare hands again but then again, Senku is not gonna die until he restored modern society. 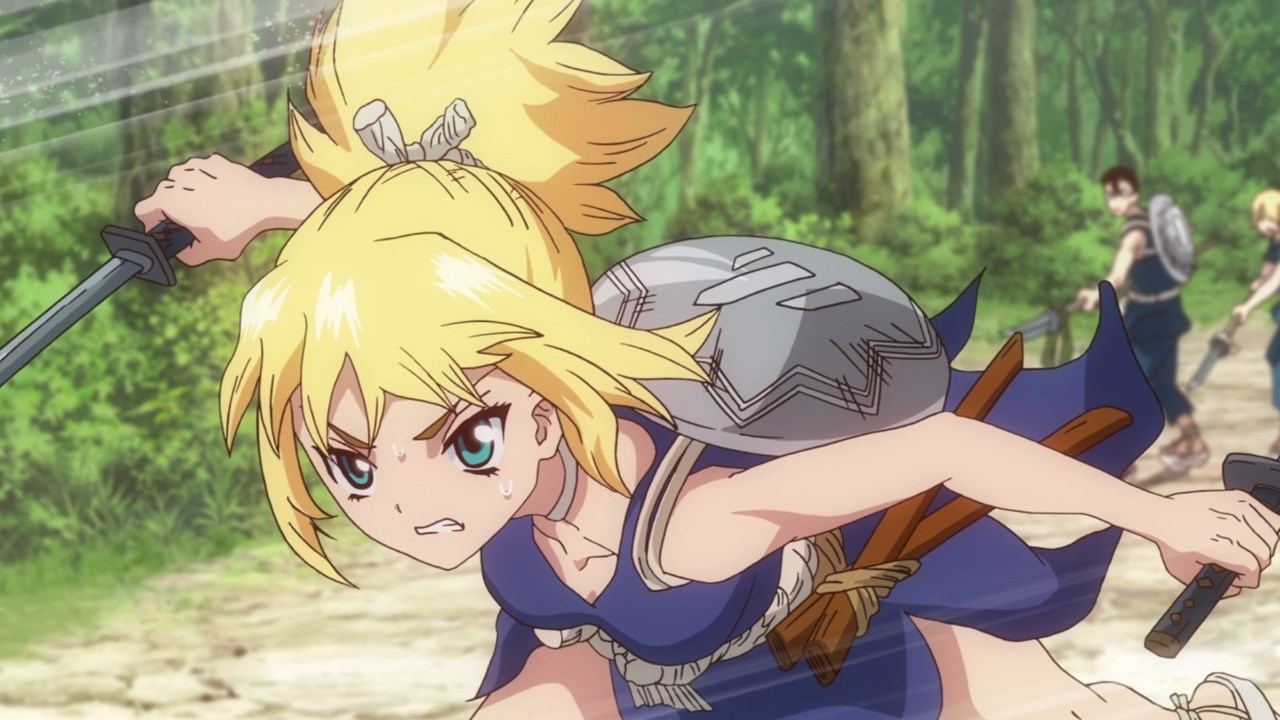 Besides, Senku has Ishigami Village on his side as Kohaku and everyone else will try to stop both Tsukasa and Hyoga from murdering Senku. 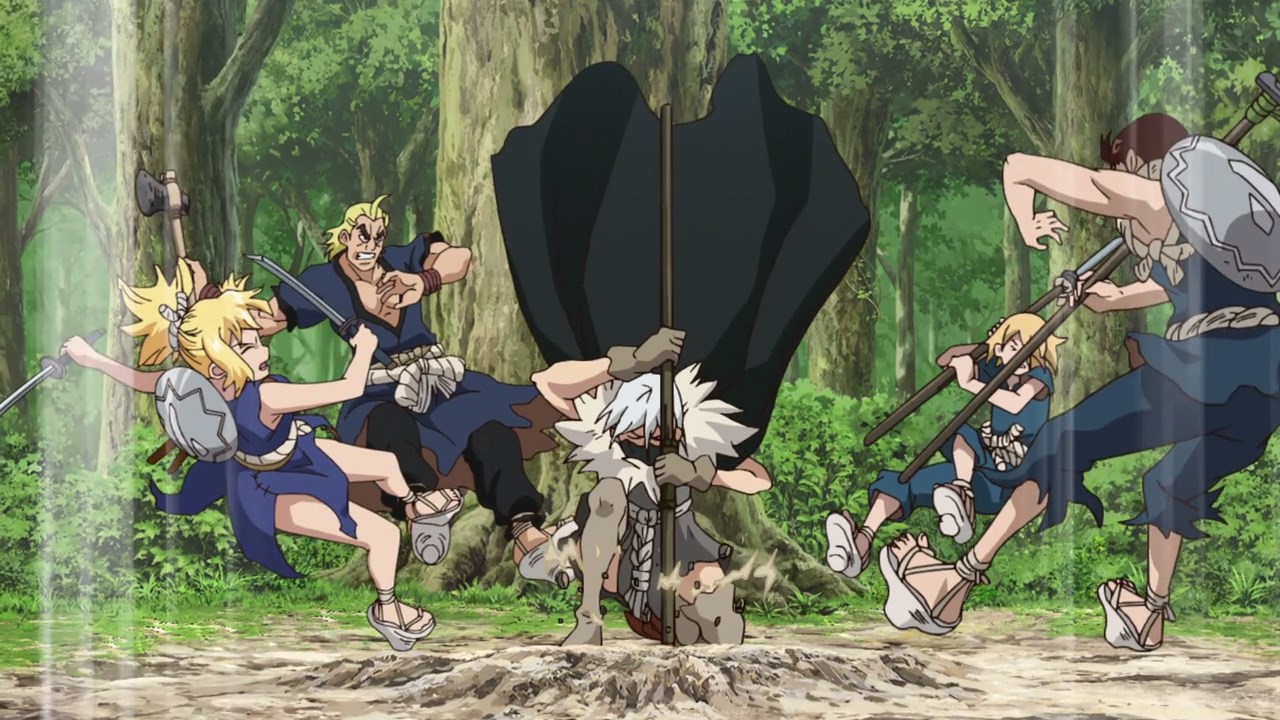 Then again, stopping Tsukasa or even Hyoga for that matter is very difficult. Even if Kohaku has the likes of Kinro, Magma, or even Ginro, they don’t stand a chance. 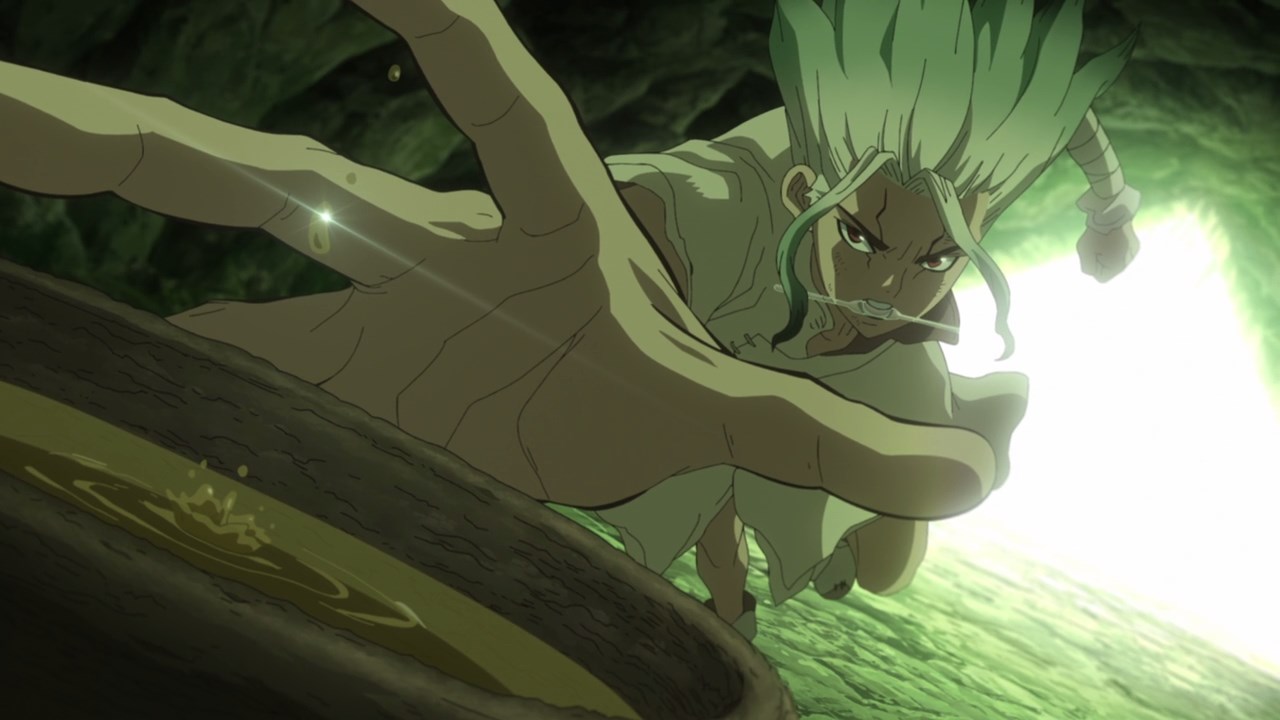 But anyways, let’s end this episode where Senku went to the Miracle Cave while holding what appears to be a valve.

While I don’t know what he’s planning to do with the bat guano, let’s hope that Senku will pull off some miracle next time!