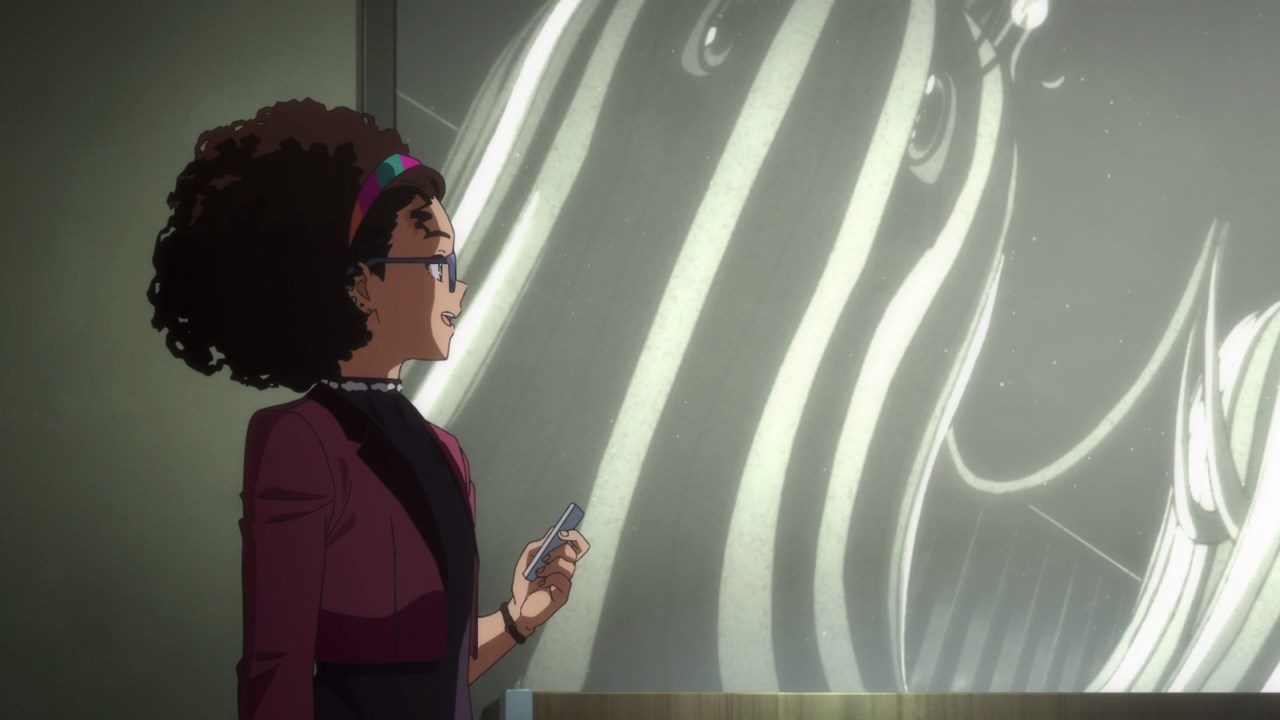 On this episode, Misaki Tanabe shows off her team’s latest creation in which they can show girls’ dreams on screen. 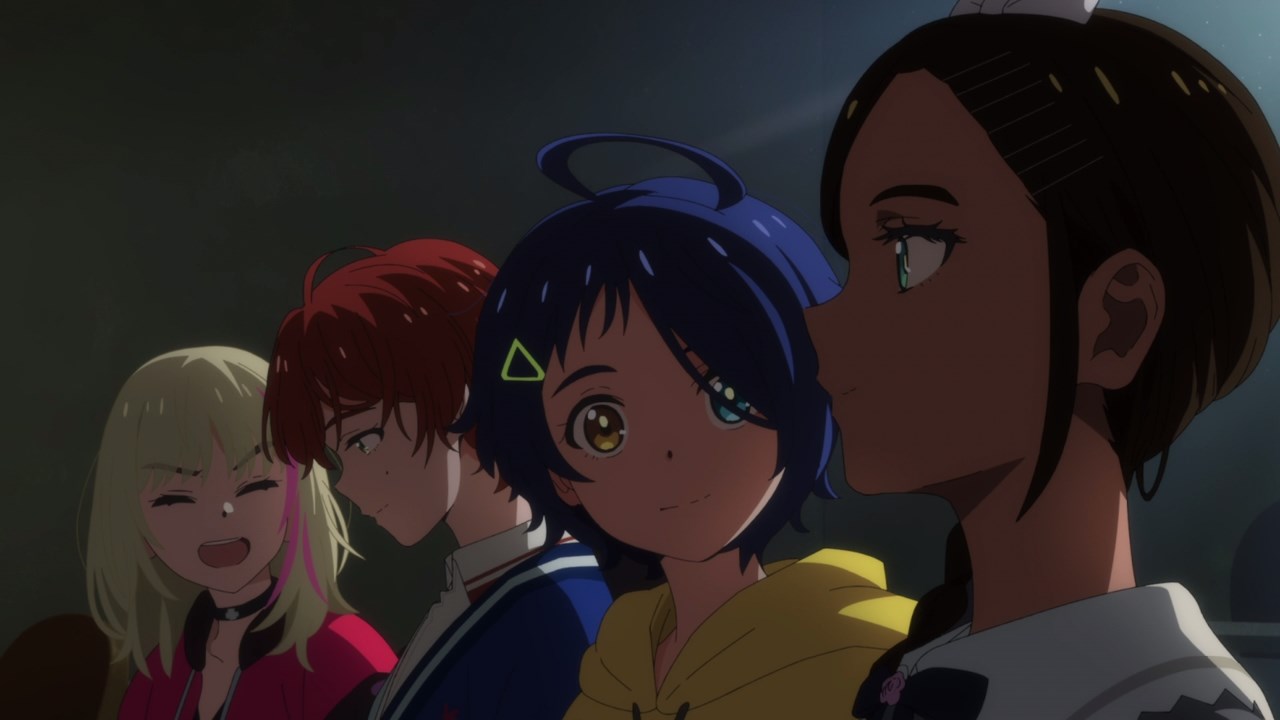 Even Ai Ohto and the rest are surprised but for Neiru Aonuma, she’s not impressed. I guess it’s normal for her. 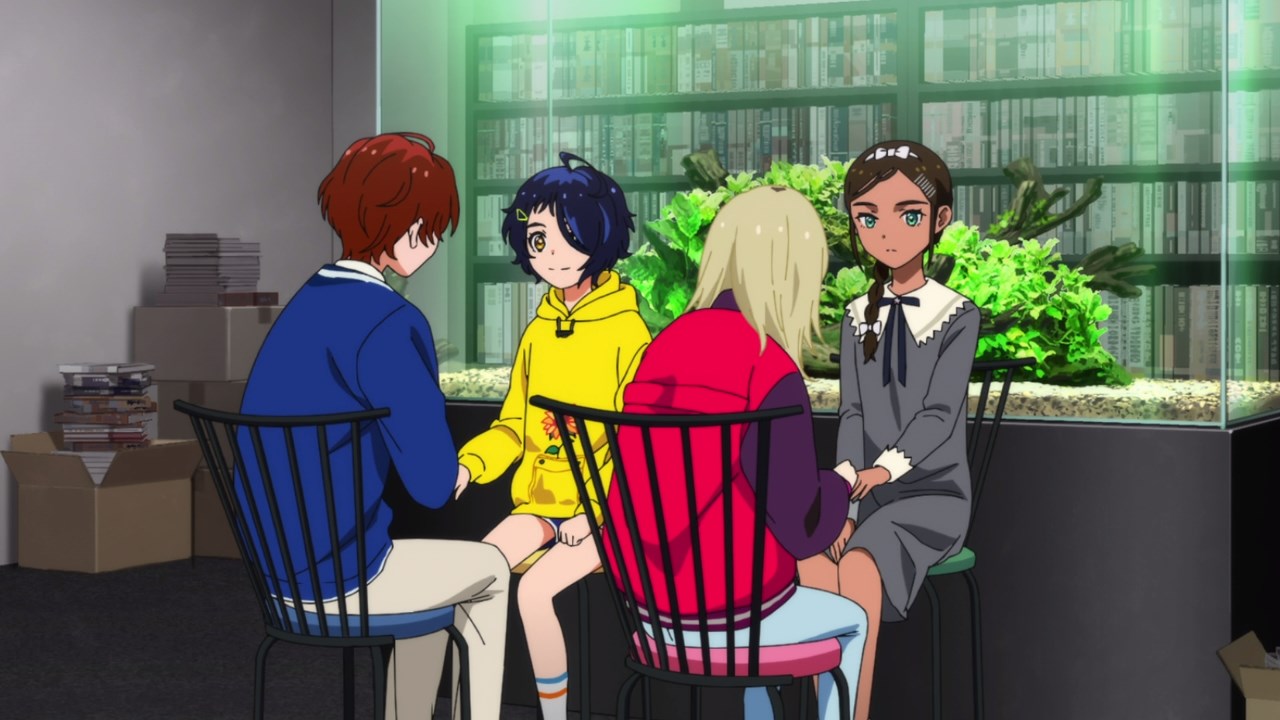 Anyways, Ai-chan and her friends went to Neiru’s company building for a sleepover. C’mon, Neiru needs to enjoy her youth whatever she can.

By the way, please note that this is actually Episode 9 as Episode 8 that was aired in March 2, 2021 is actually a clip show. Of course, it would be better if last week’s episode is numbered as Episode 7.5. 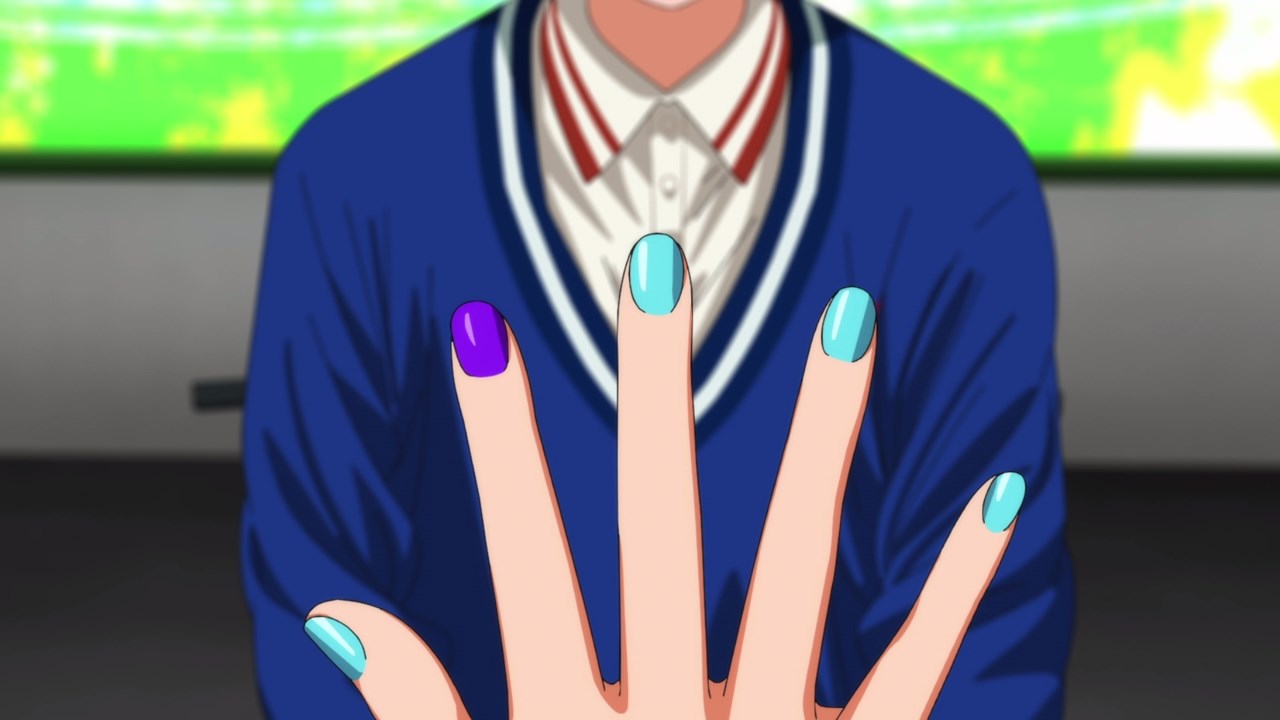 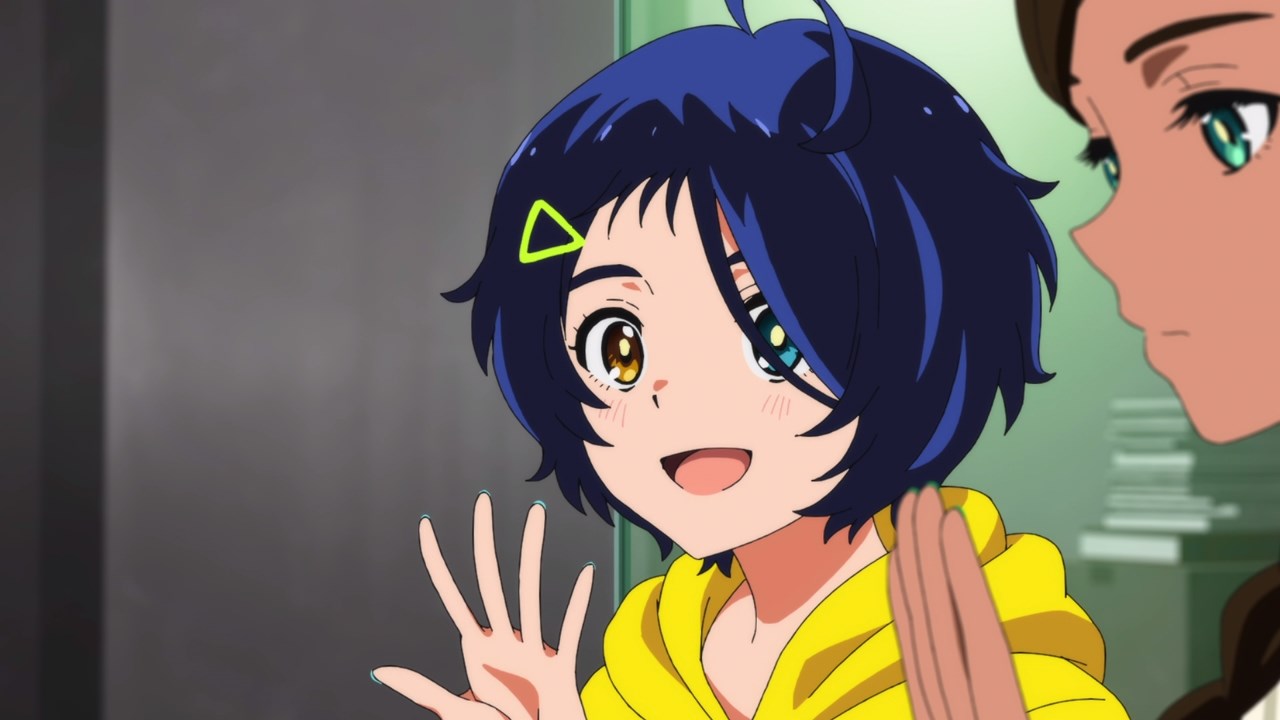 In any case, I have to say that the girls are having fun as they got nail polish. You may thank Momoe Sawaki and Rika Kawai for painting Ai and Neiru’s nails. 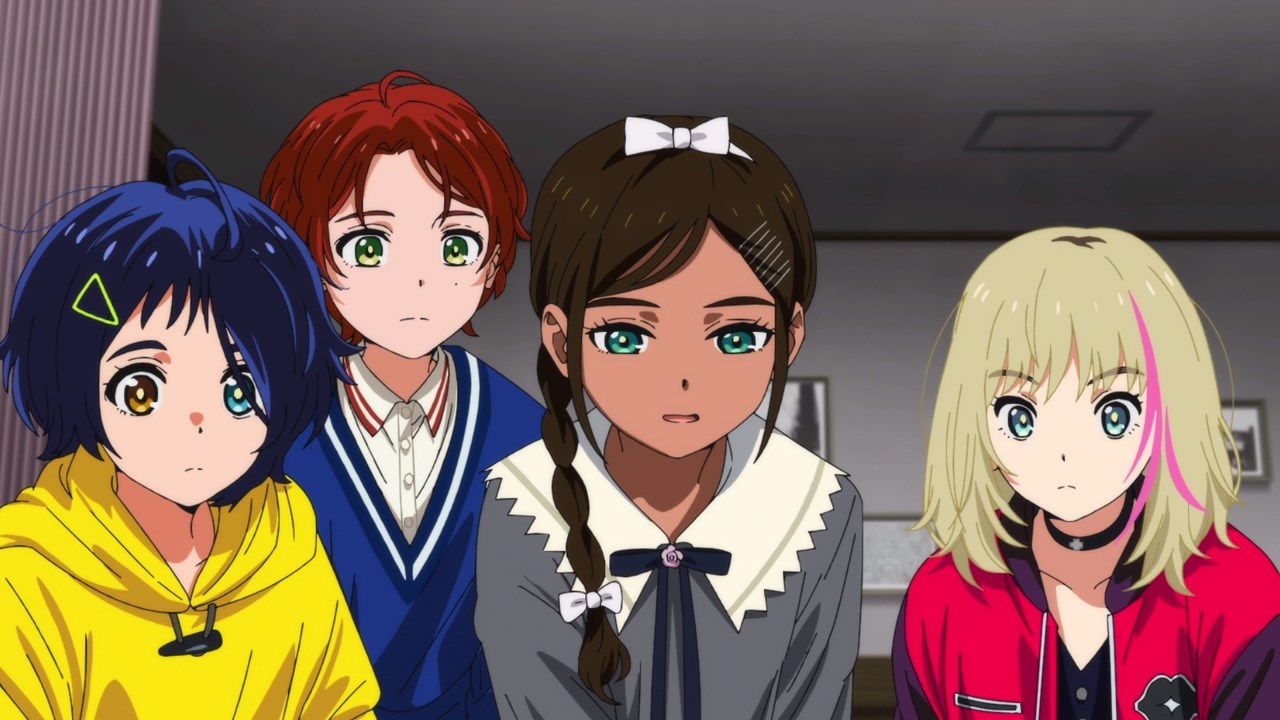 Speaking of Neiru, she wants her friends to meet someone close to her, which I suspect that this person is the one that keeps Aonuma fighting against the See No Evil.

Anyways, this is Kotobuki Awano who is not only Neiru Aonuma’s closest friend, but also a genius where she’s trying to answer various mysteries of life. Unfortunately, Kotobuki is in a coma after trying to solve the mysteries regarding death.

By the way, I would like to inform you that both Kotobuki and Neiru are part of an organization called Plati where it created geniuses via artificial insemination. Basically, both of them are designer babies and they’re being taken care of by the Plati staff. 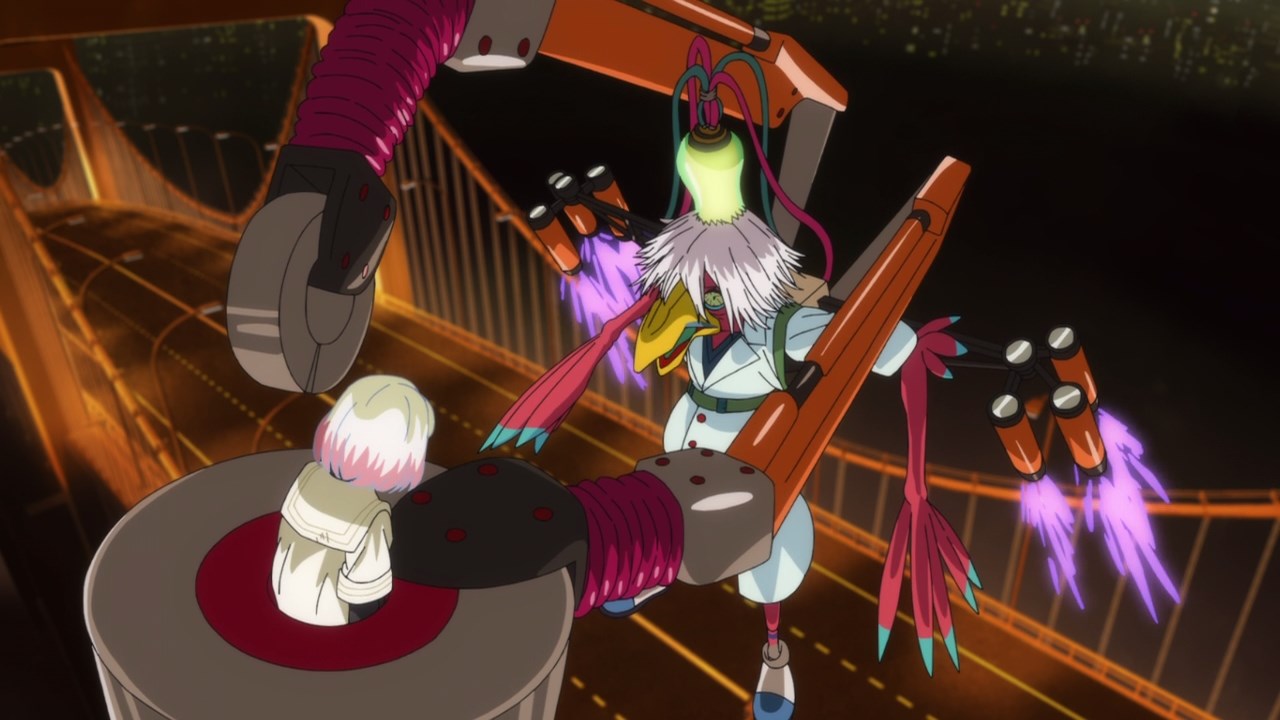 Now then, let’s go to the dream world where Neiru Aonuma will try to save Kotobuki Awano from a Wonder Killer named Dr. Seki.

Speaking of the Wonder Killer, Dr. Seki blamed Kotobuki for stealing his job that he wants to dissect her body. Ugh, that would be horrifying! 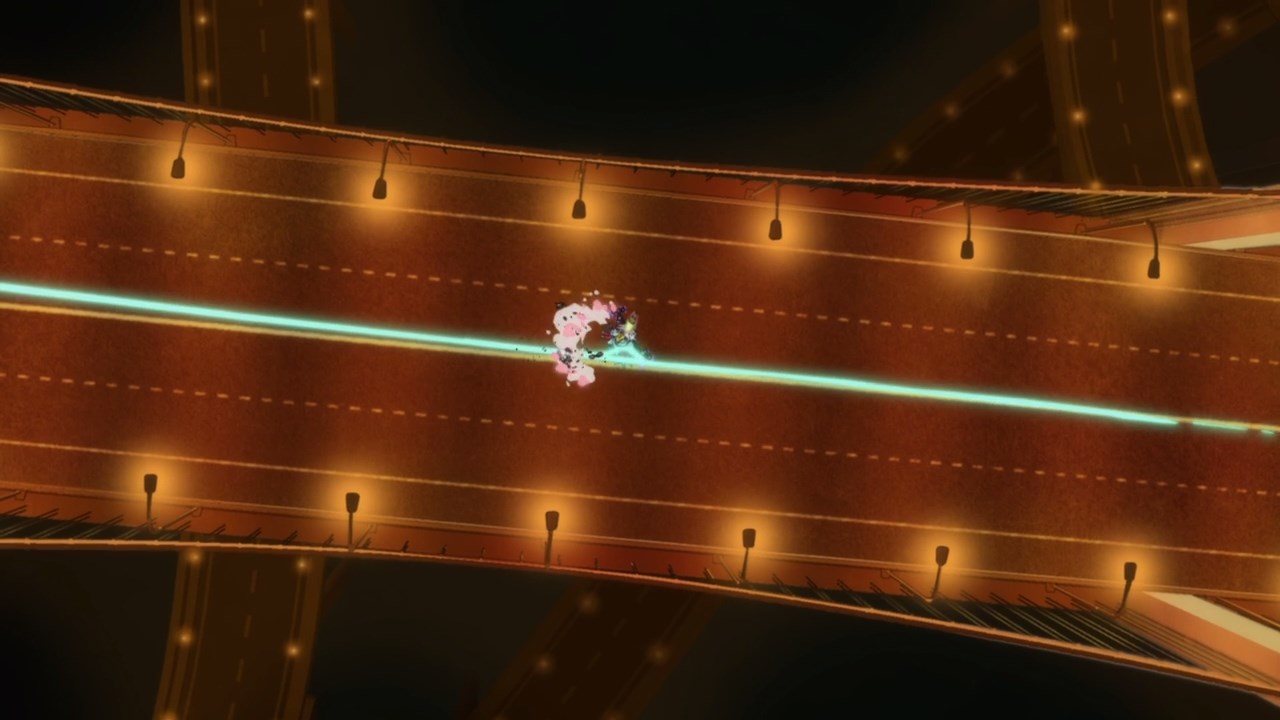 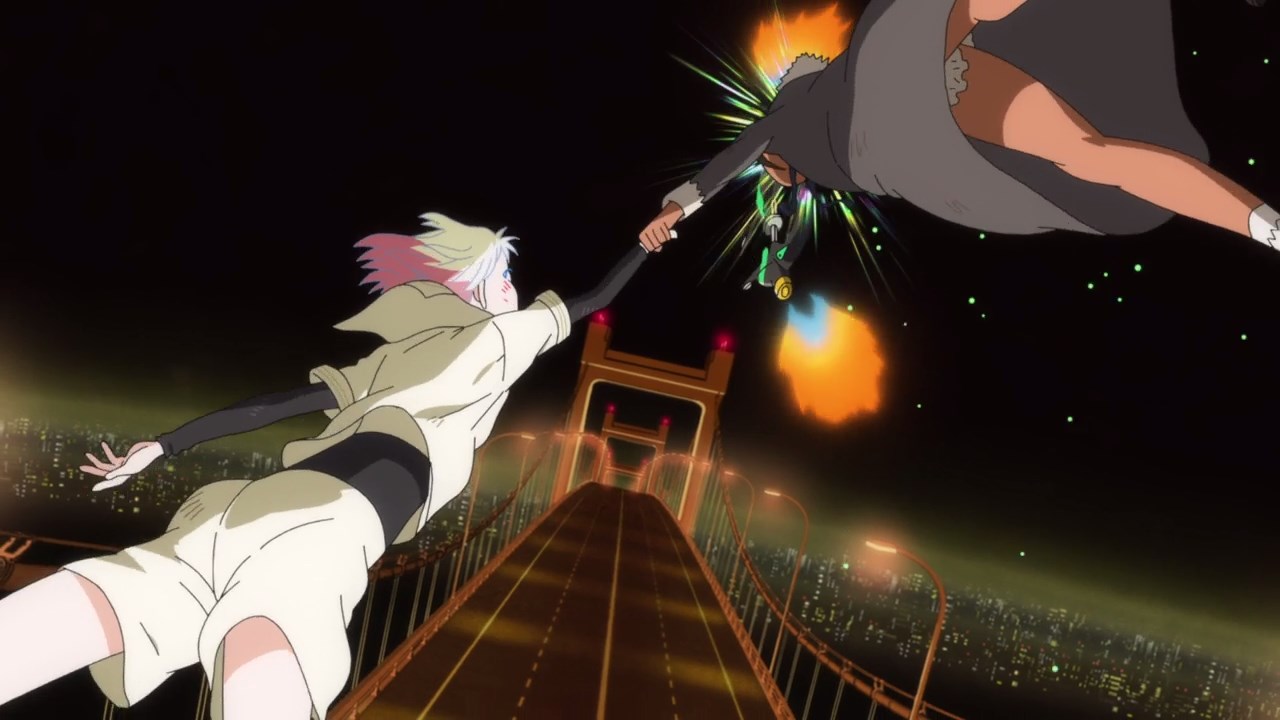 Fortunately, Neiru managed to defeat Dr. Seki and rescue Kotobuki from being killed in the dream world. C’mon, they’re best friends after all. 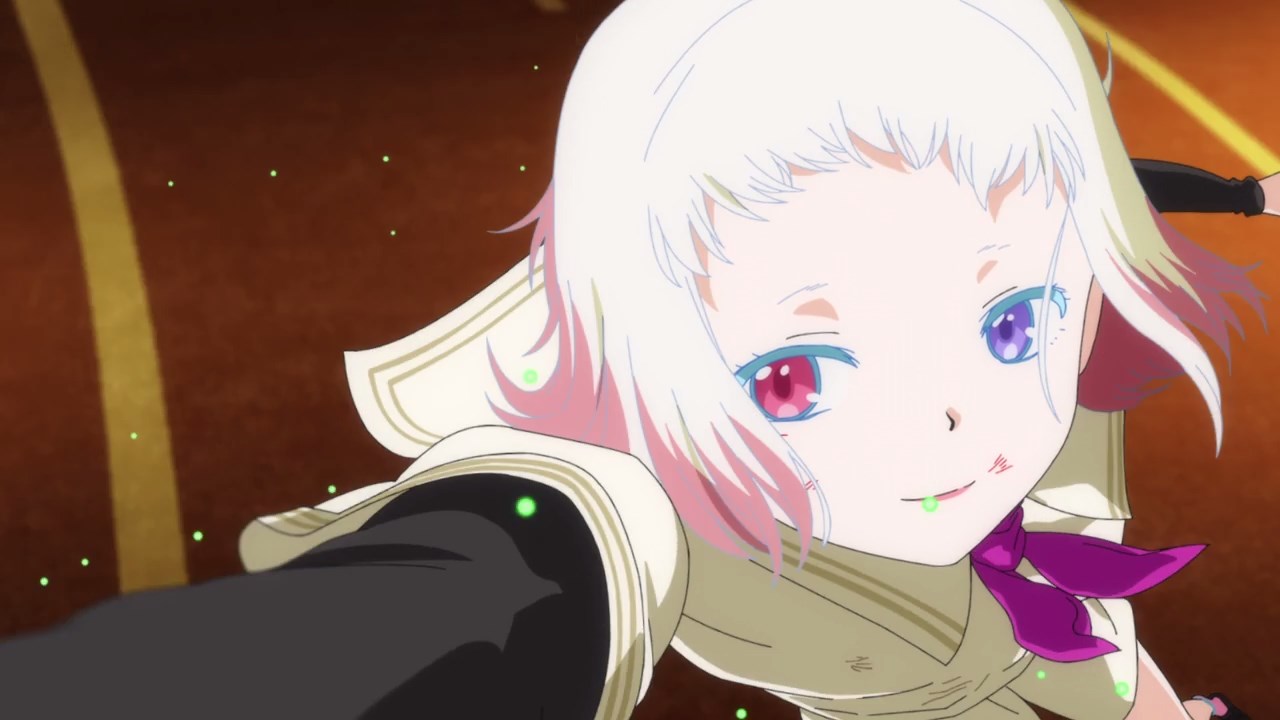 Of course, let’s not forget that Awano is still alive in the real world, albeit in a vegetable state due to her constant experiments that puts her into a near-death experience.

In any case, there’s no need for Neiru to fight against the See No Evil as she needs to wait for her friend to wake up. 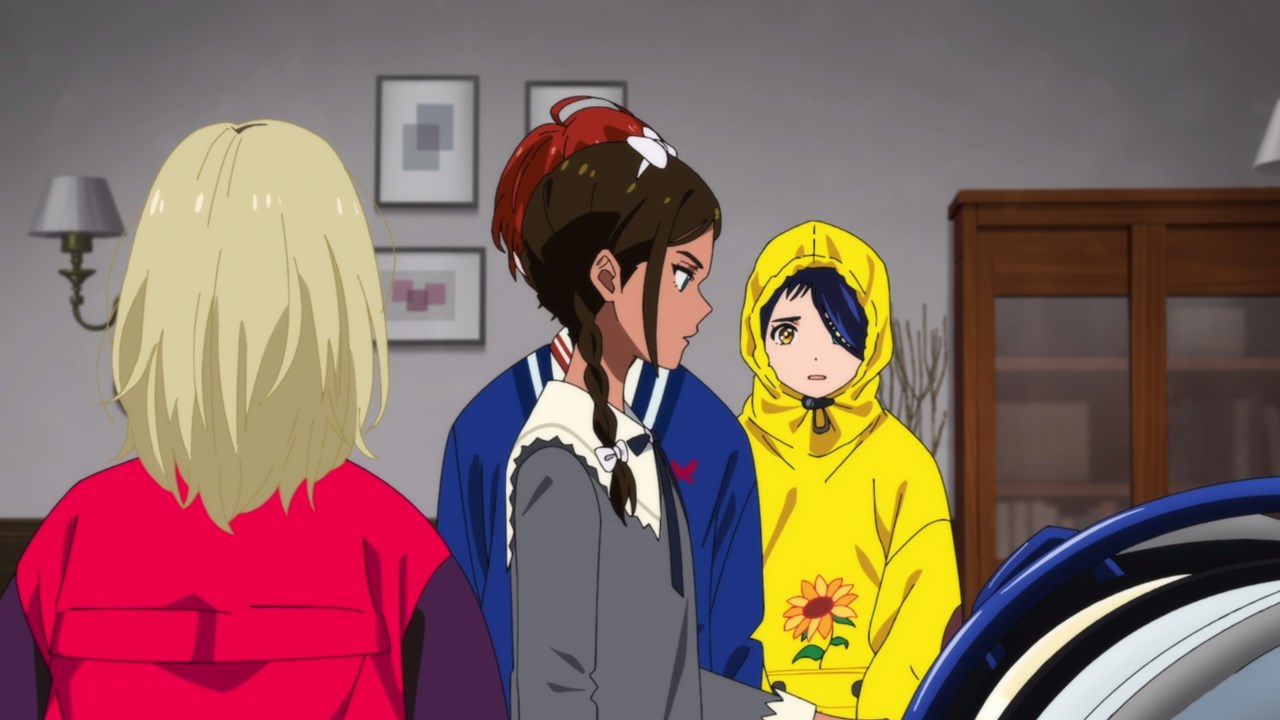 However, Aonuma decides to pull the plug from Awano’s life support system as she’s already satisfied on seeing her friend in the dream world. Furthermore, Neiru fears that the scientists will dissect Kotobuki’s body eventually.

Well, I’m truly shocked that Neiru Aonuma pulled a 180 as she’ll conduct euthanasia to Kotobuki Awano. Would it be better if she’ll keep Kotobuki’s body to a secret place that no other scientist will touch her? 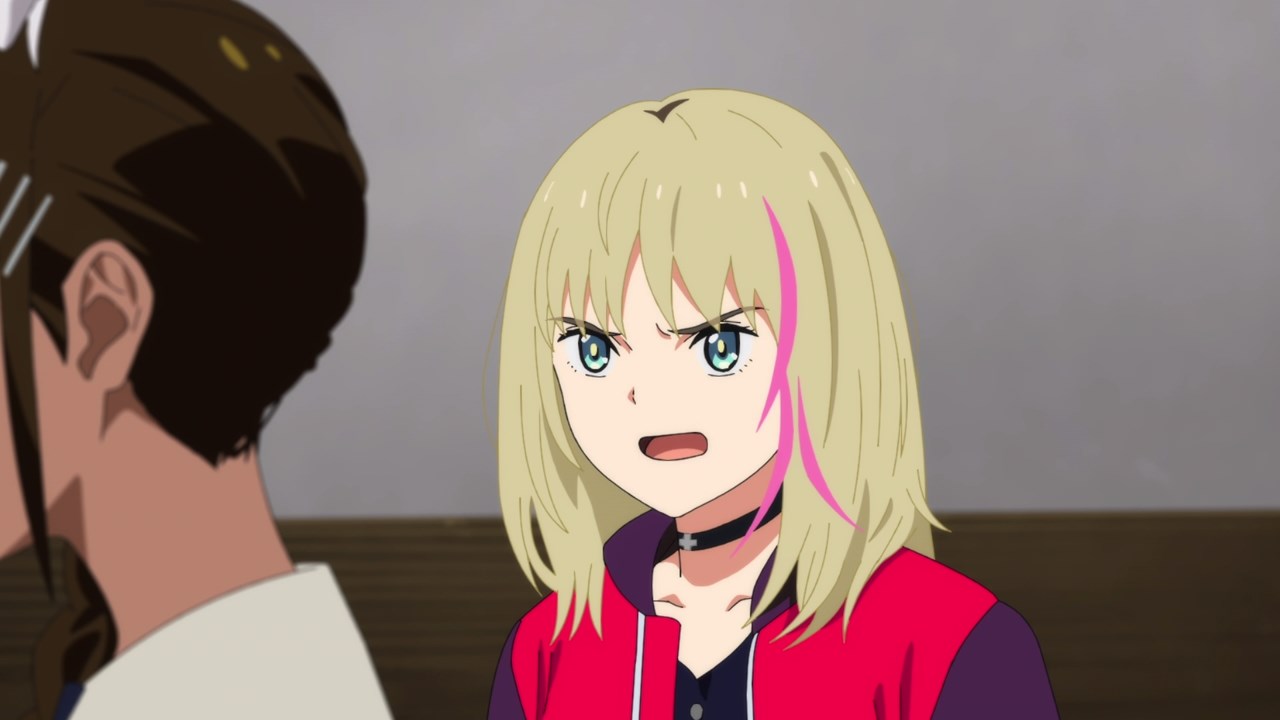 Even Rika Kawai is horrified that Neiru will have to perform a mercy kill on her dear friend. Still, I think that Aonuma is not yet ready to pull the plug on Awano as her heart is wavering. 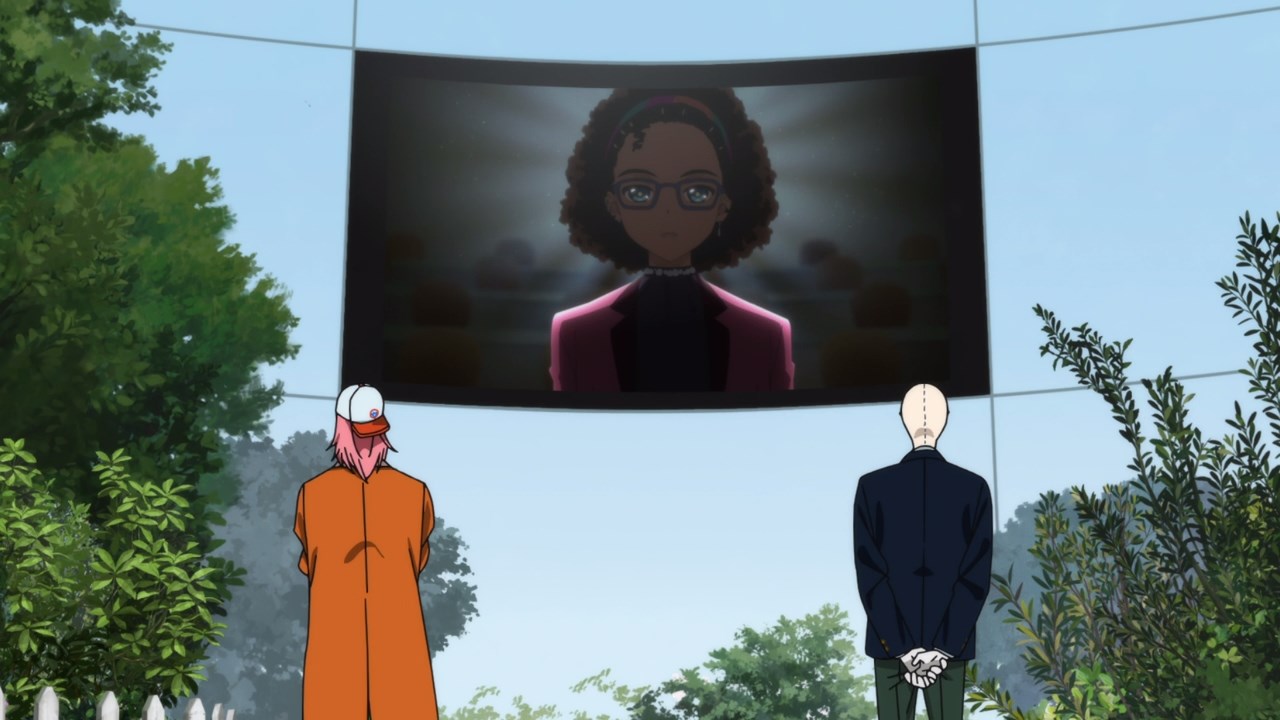 Meanwhile, it appears that Neiru’s assistant Misaki Tanabe is talking to Acca and Ura-Acca where they discuss about the girls’ trauma and suicide, although Tanabe said to them that Awano gave a hint to Aonuma regarding the truth about the temptation of death.

While it’s still vague at the moment, I have a feeling that both Acca and Ura-Acca are the ones amplifying the girls’ trauma, making them as potential antagonists in the future. Heck, I bet that they straight-up lie to those girls about reviving their friends should they keep saving victims in the dream world. 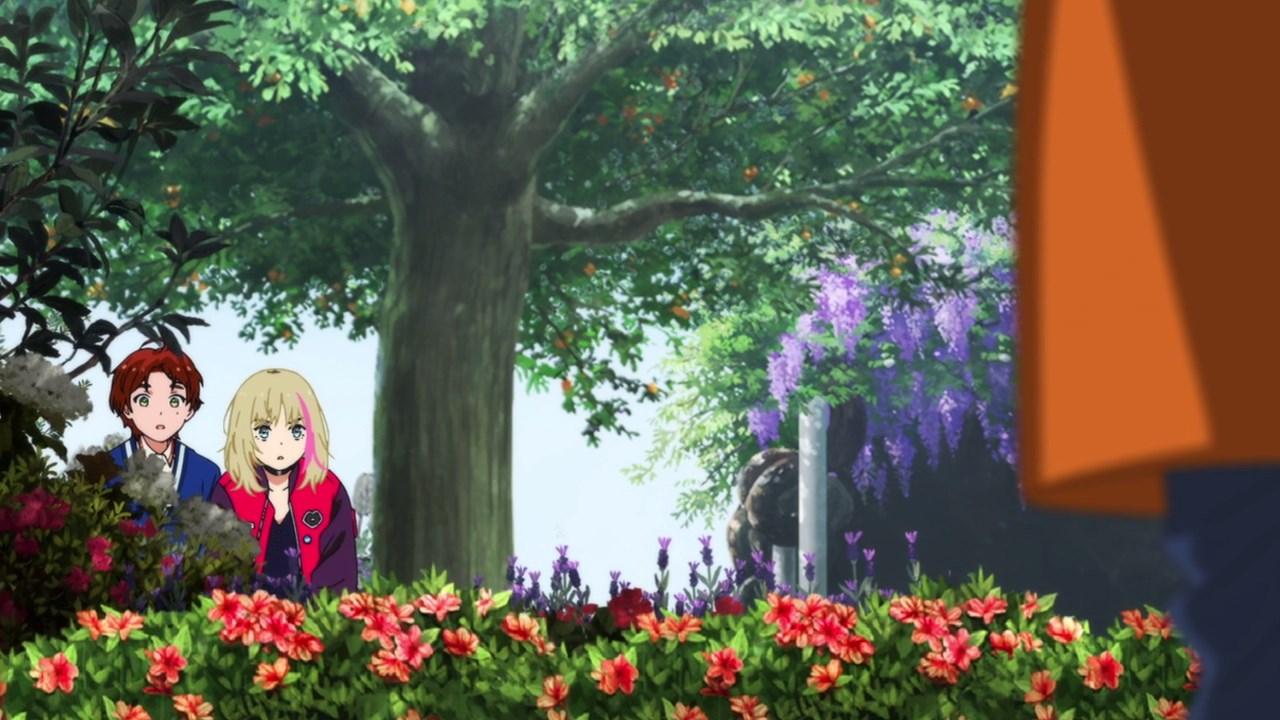 For the likes of Momoe Sawaki and Rika Kawai, they’re pretty stunned that they’re being deceived by both Acca and Ura-Acca. Of course, it’s not easy to stop fighting after hearing the revelation. 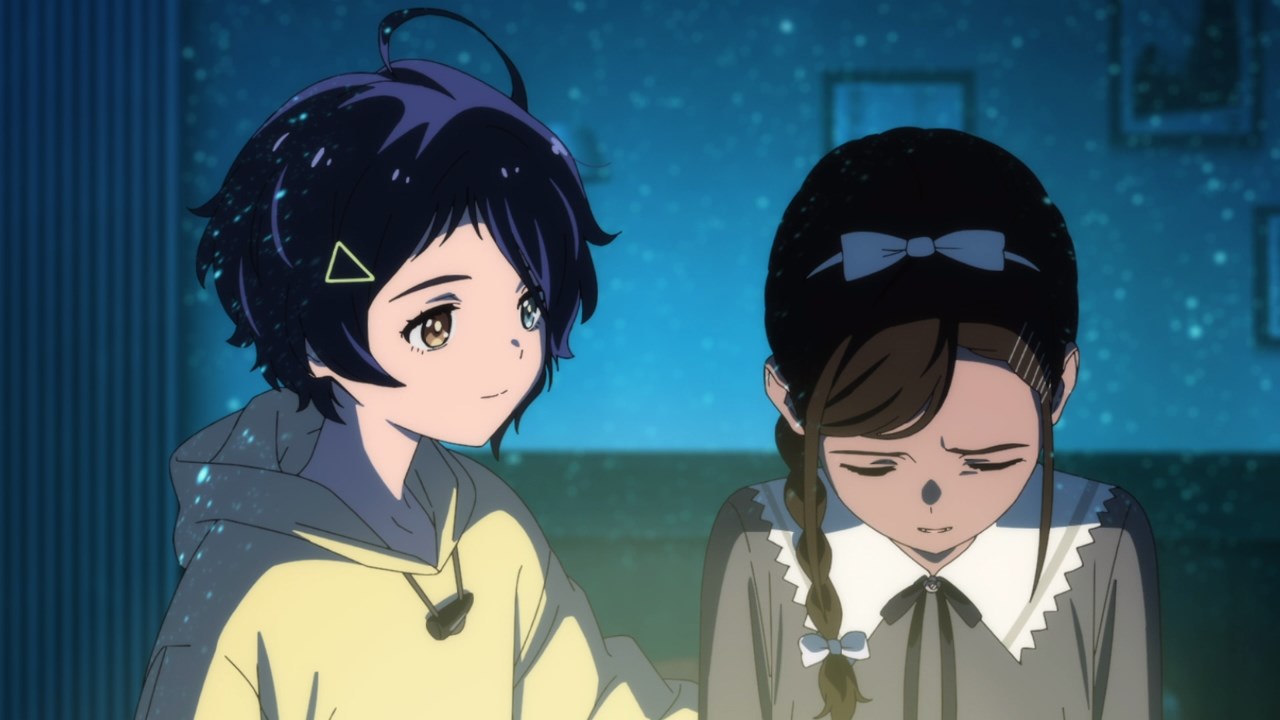 But let’s go back to Neiru Aonuma where she told Ai Ohto that she can’t kill Kotobuki Awano. I guess her heart still wavers after all.

Of course, Neiru has to move forward on finding out the truth regarding the wonder eggs, rather than letting the adults do terrible things on Kotobuki. Sure that she can’t revive Awano even after fighting lots of enemies, Aonuma will find a way to save everyone from suffering the same fate as hers. 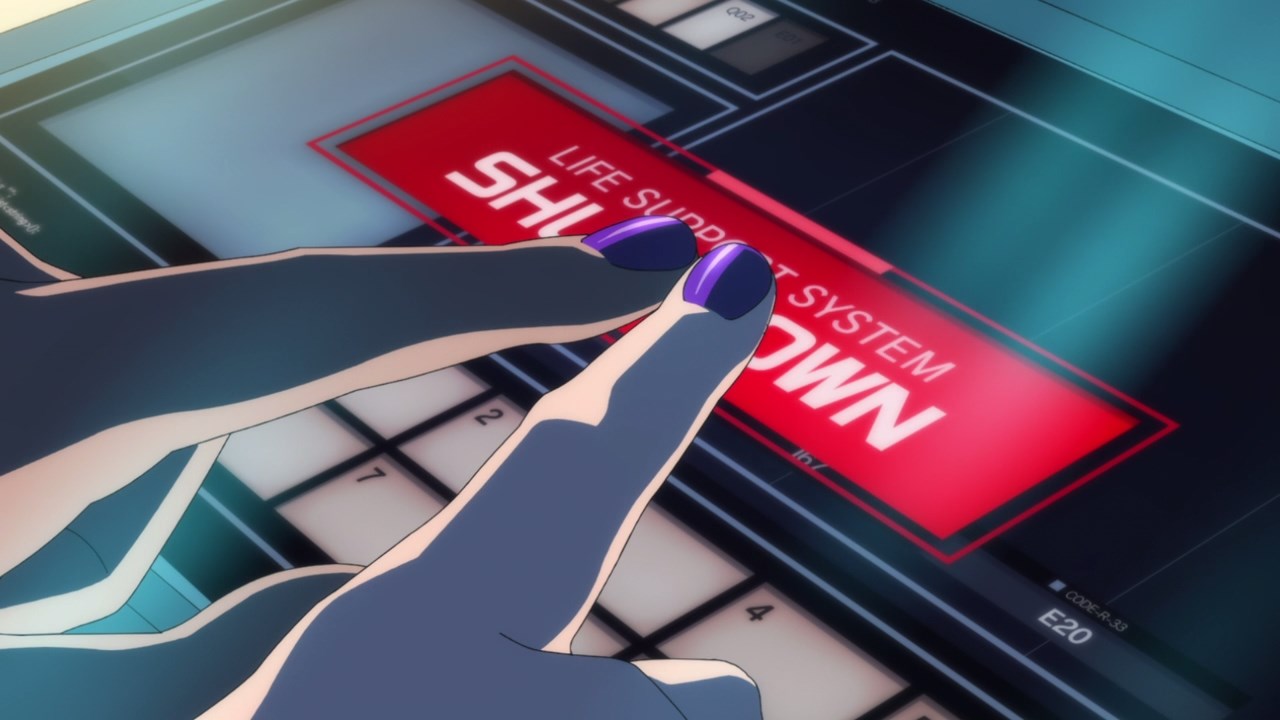 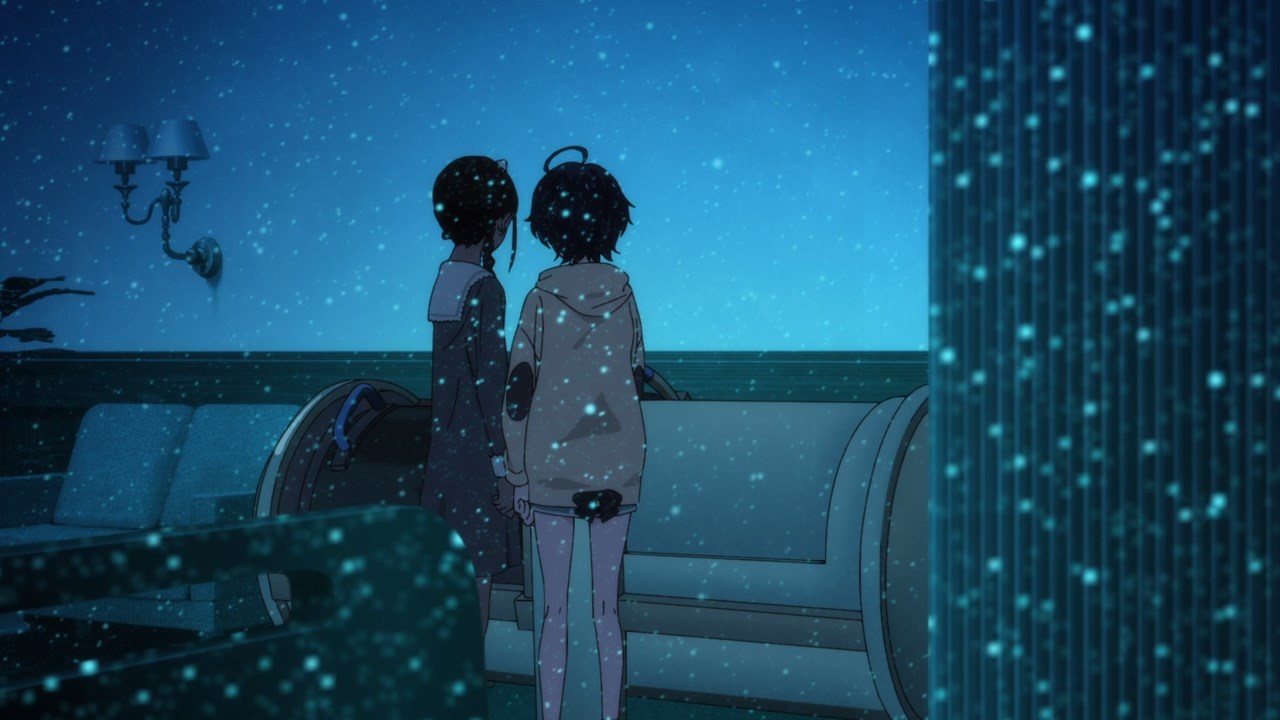 In any case, Neiru Aonuma finally pulled the plug on Kotobuki Awano, thus she’s no longer have to fight against the See No Evil… unless Acca and Ura-Acca forces Neiru to save those eggs.

Anyways, that’s about it for this episode and I’m surprised that despite being the aloof girl she is, Neiru Aonuma really cared about Kotobuki Awano even though she stop Kotobuki’s life support system. On the other hand, I wonder what Acca and Ura-Acca’s next plan since one of the girls are investigating their true motives.

Well then, I guess we’ll have to find out next time as Wonder Egg Priority is getting closer to the ending.