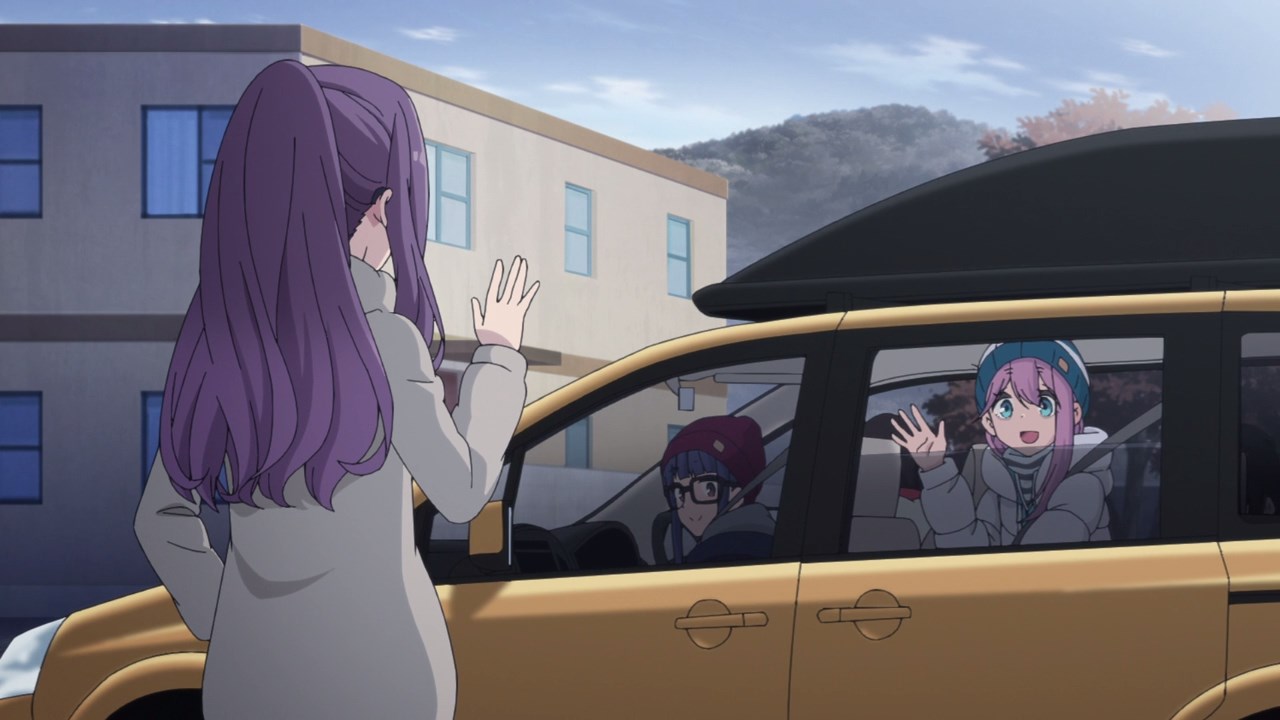 Now then, it’s time for Nadeshiko Kagamihara and her friend to start their camping trip to Izu as she waved goodbye to her sister Sakura. 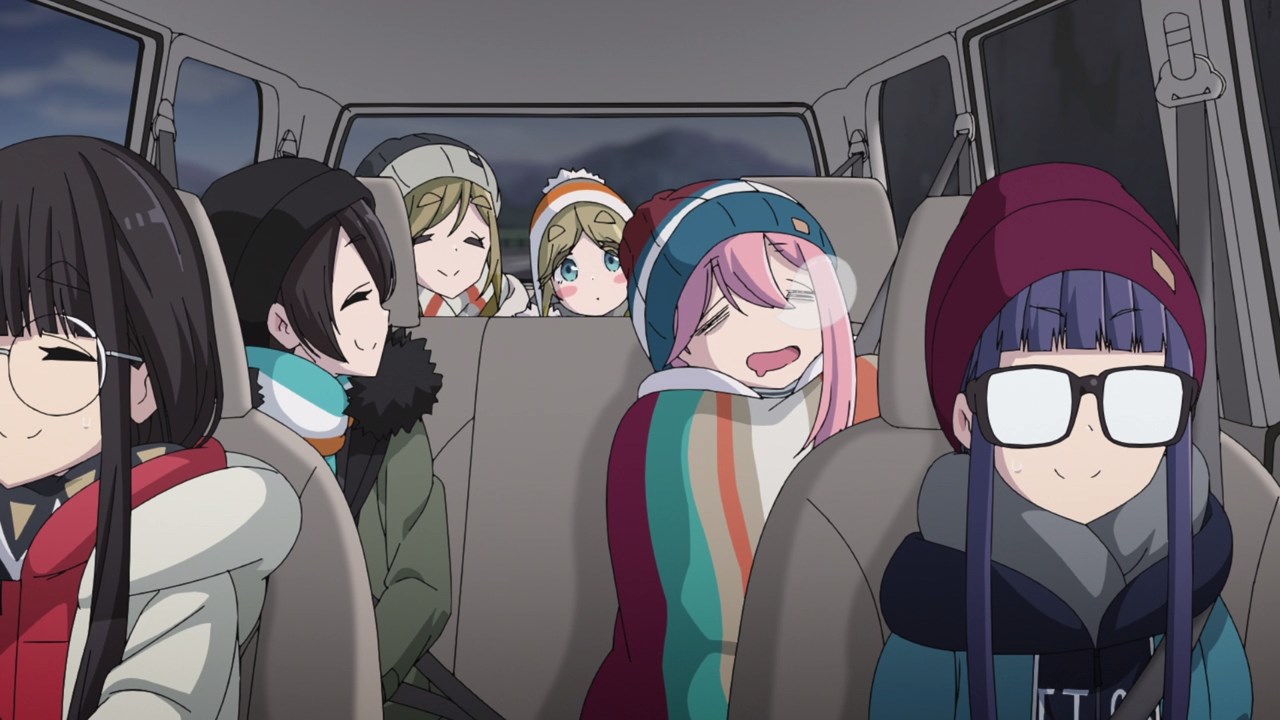 Speaking of Nadeshiko, looks like she fell asleep. I guess Nadeshiko is too excited for the camping trip. 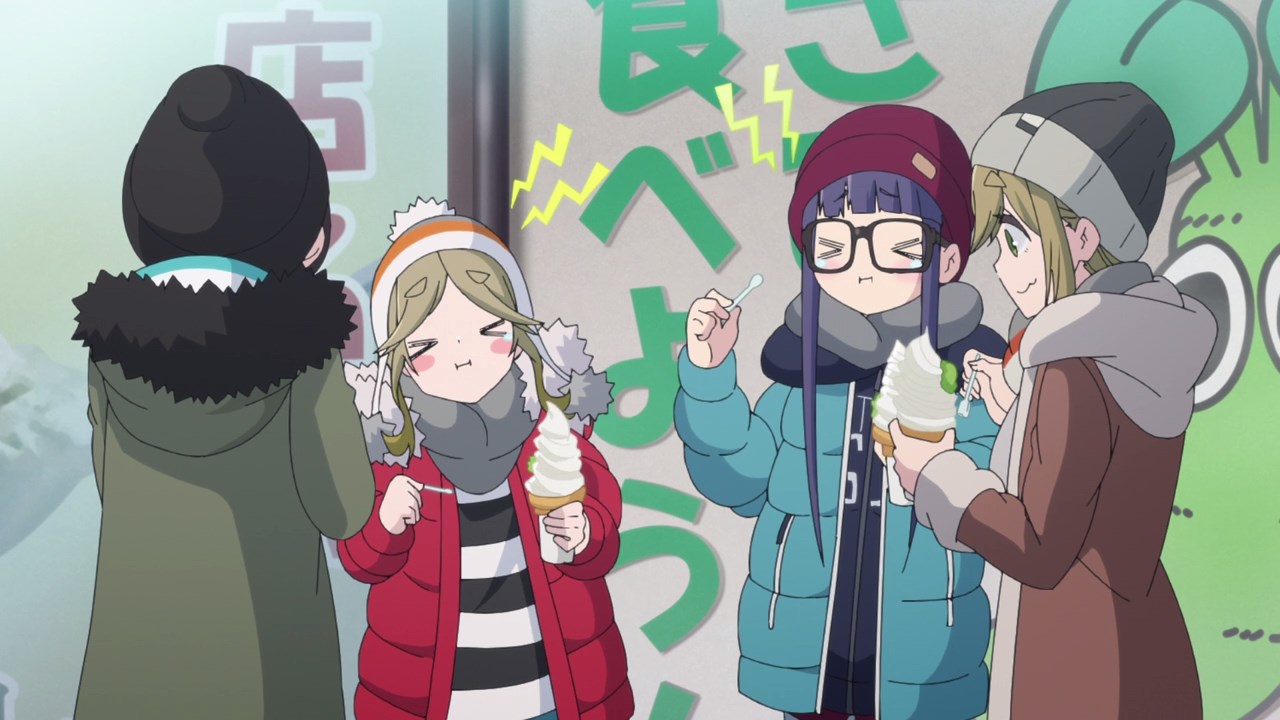 Anyways, the rest of them went to various places along the way, including this ice cream shop where they sell soft-serve ice cream with wasabi topped-in.

Unfortunately, Nadeshiko Kagamihara is missing it out as both Akari Inuyama and Chiaki Oogaki are enjoying their serving of wasabi ice cream, albeit they feel the heat upon eating the wasabi topping. 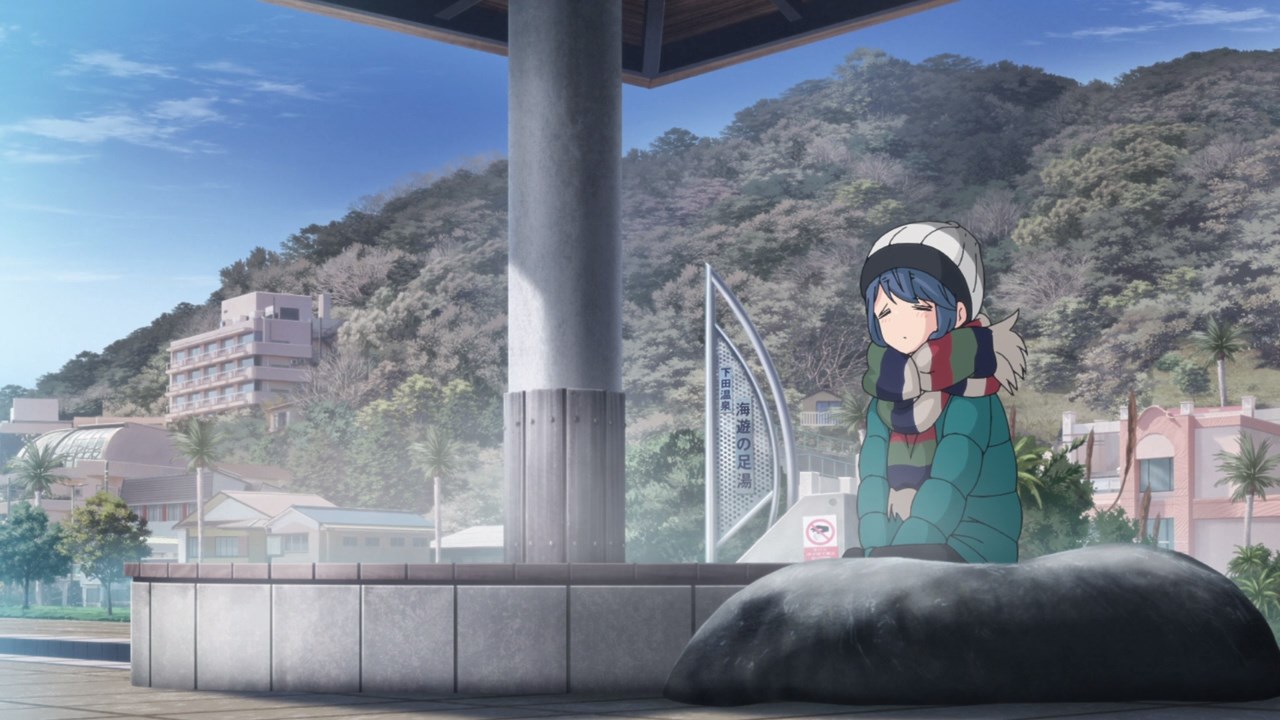 Meanwhile, here’s Rin Shima where she’s having a foot bath at Shimoda. Of course, Shimarin will meet her friends at Shimoda as they’ll go to Cape Tsumeki together. 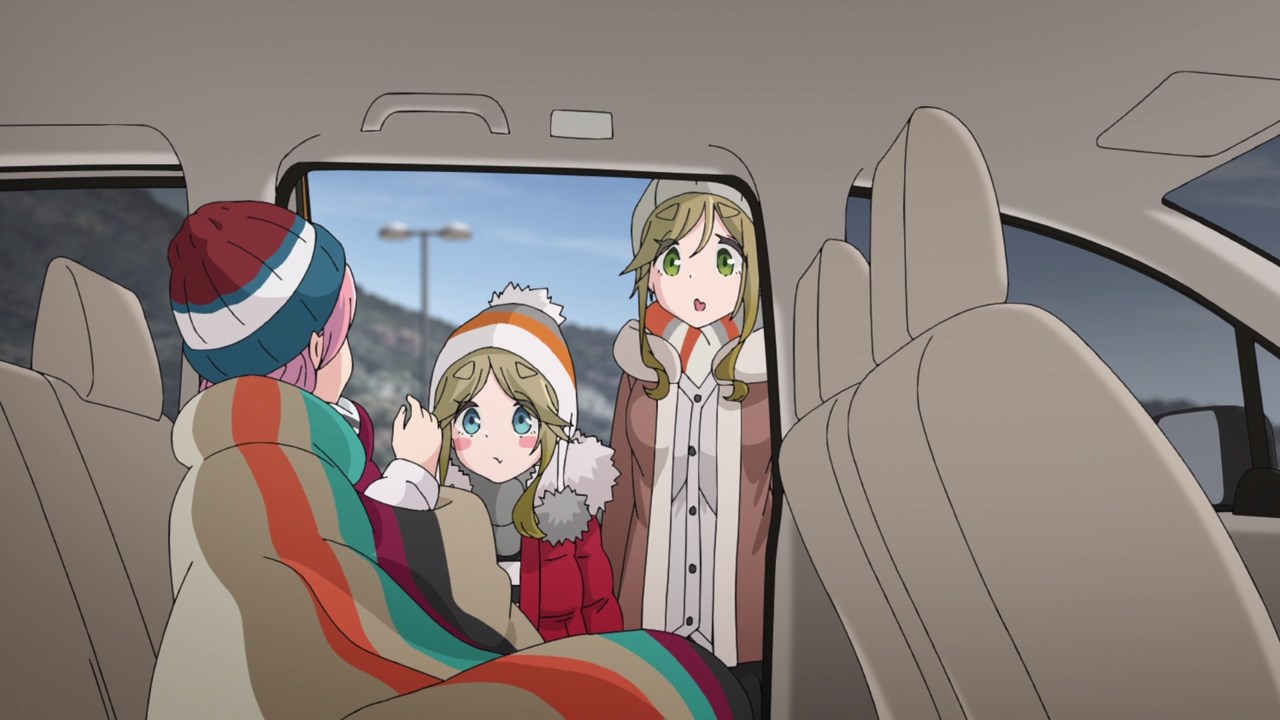 Moving back to the gang as both Aoi and Akari told Nadeshiko that she slept in the car for 2 straight days, thus the camping trip has ended. 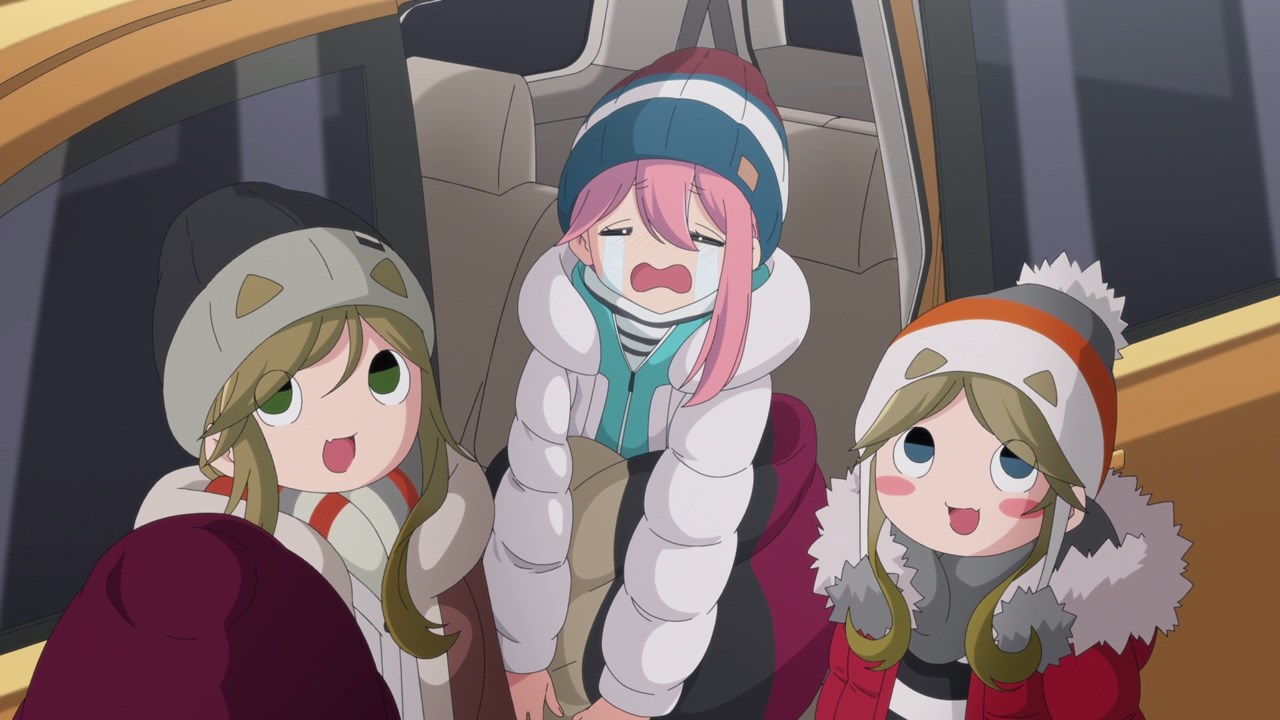 Of course, both sisters are just trolling as their camping trip is not yet over. Oh you two, you made Nadeshiko cry!

In any case, Nadeshiko and her buddies have finally met up with Rin-chan as they’ll head to the campsite. 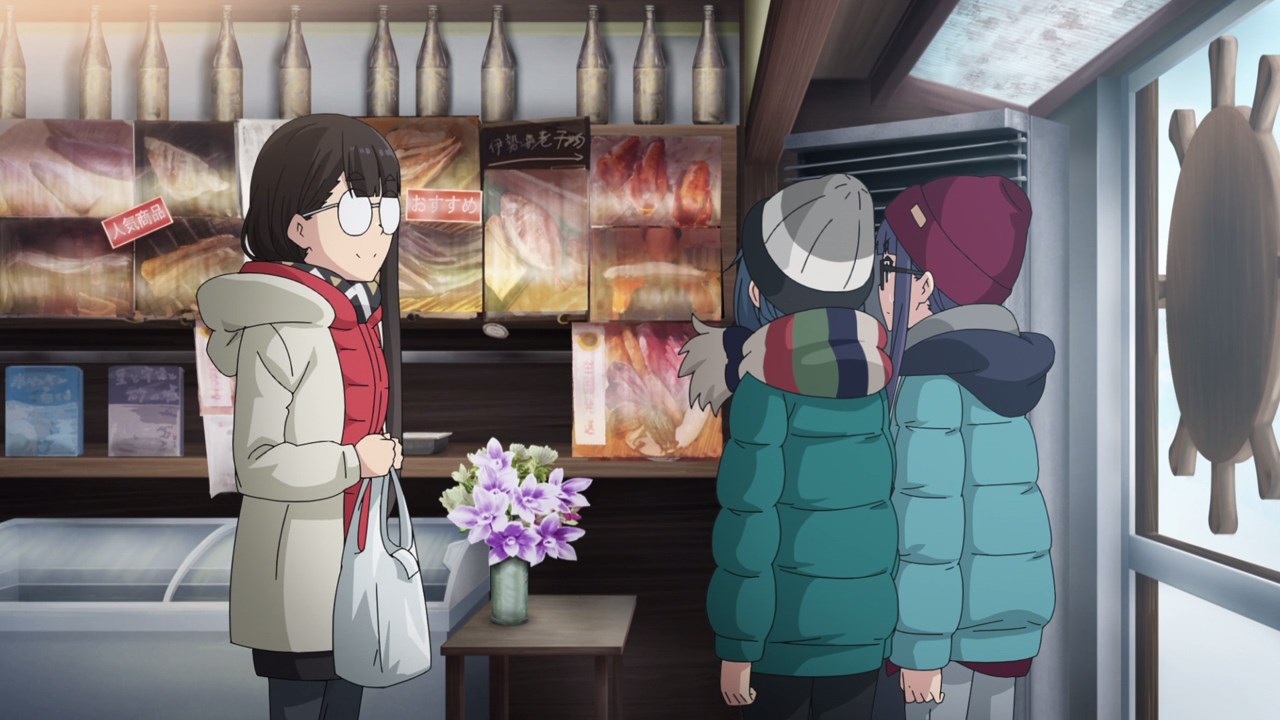 But first, they need to go to the supermarket where Shimarin and Chiaki are secretly planning to buy both alfonsino and spiny lobster for Aoi and Nadeshiko’s birthday party. Then again, someone already both those. 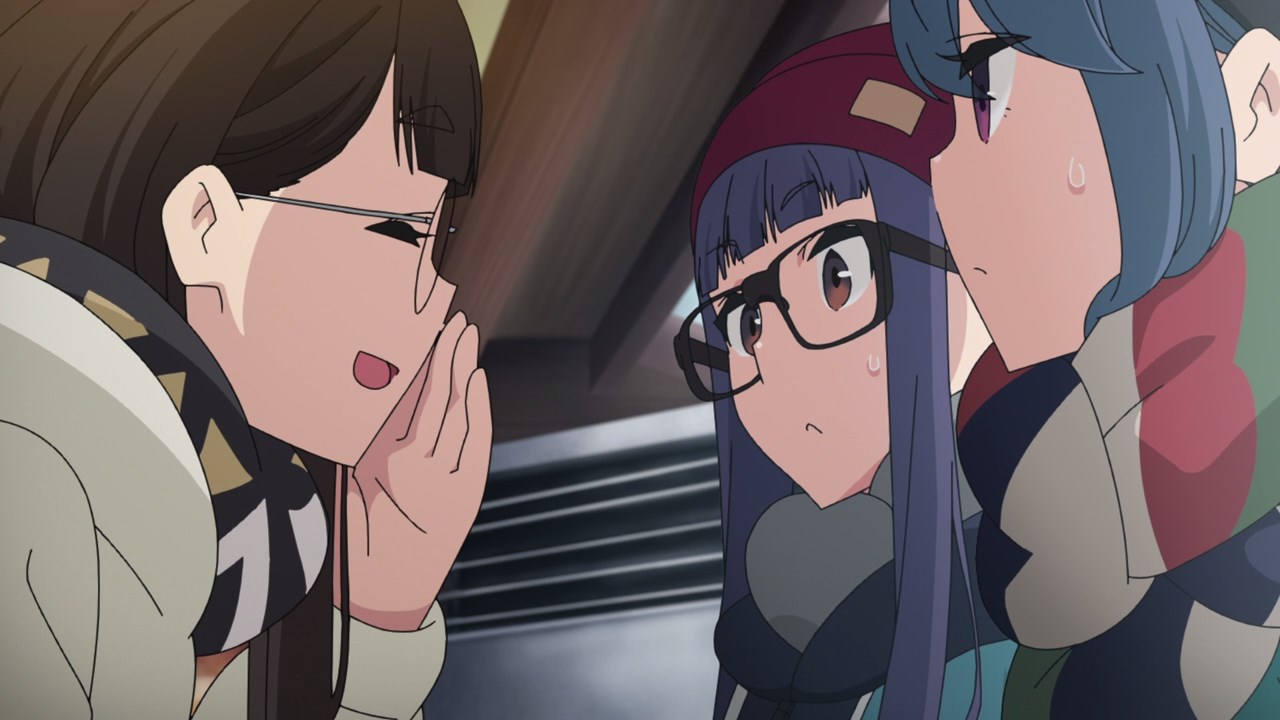 You see, Minami Toba used her money to buy those high-quality seafood instead of buying a large bottle of sake. And really, it’s all thanks to Ena Saitou telling Toba-sensei about the secret birthday party.

Now that they bought the necessary ingredients, it’s time to head to Cape Tsumeki and set-up camp there. 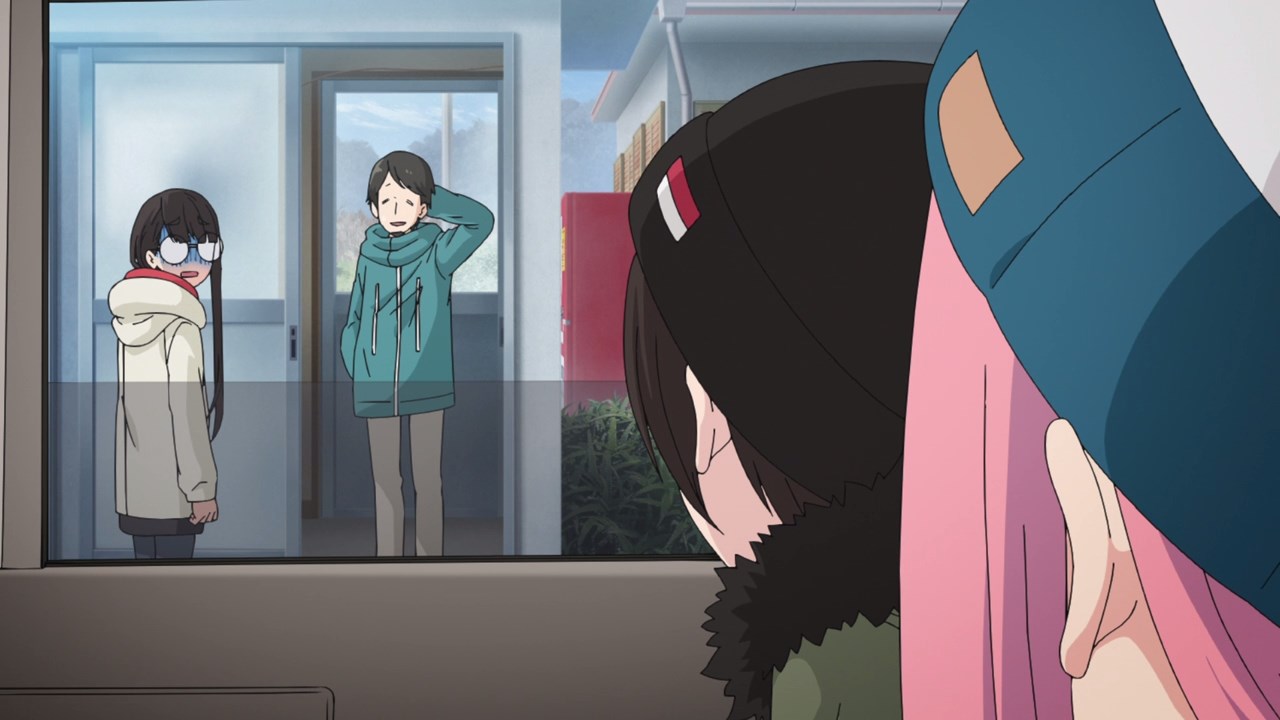 Unfortunately, the officials told Toba-sensei that they can’t set-up camp at the beaches due to safety concerns. Looks like they have no choice but to sleep at the car. 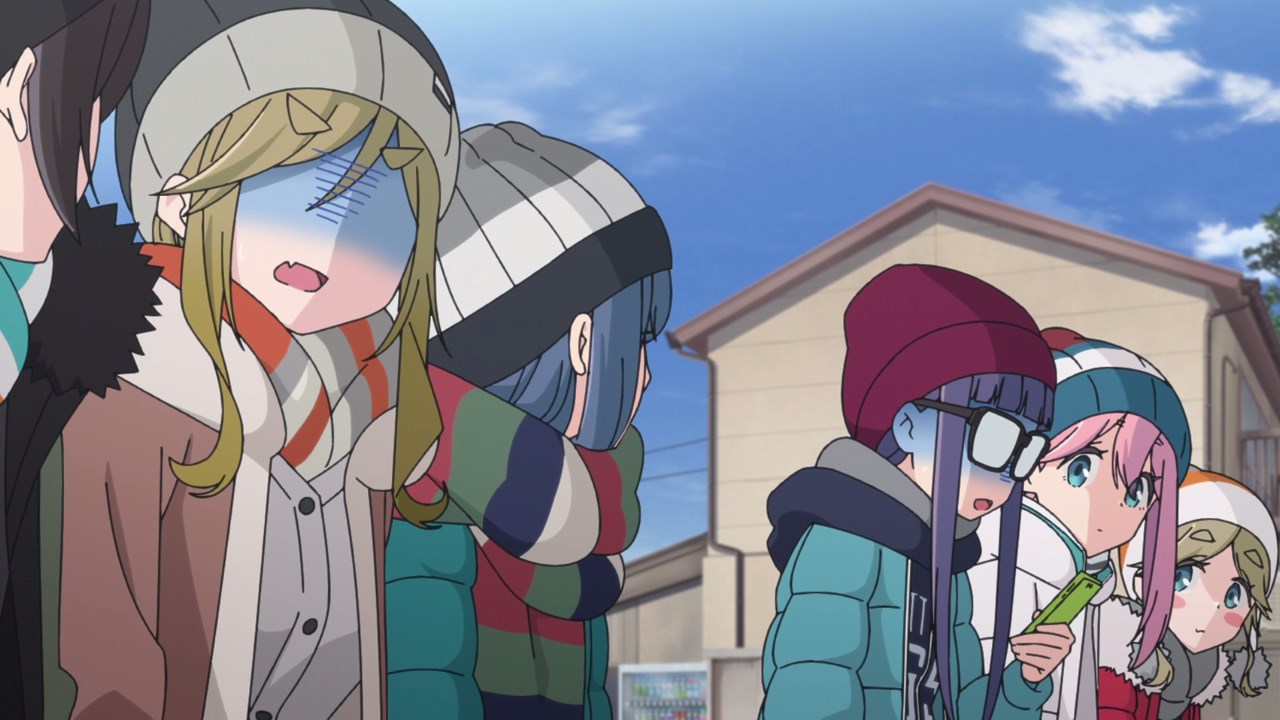 Well, there’s still hope as Chiaki will have to contact Iida-san to see if there’s an available camping spot. 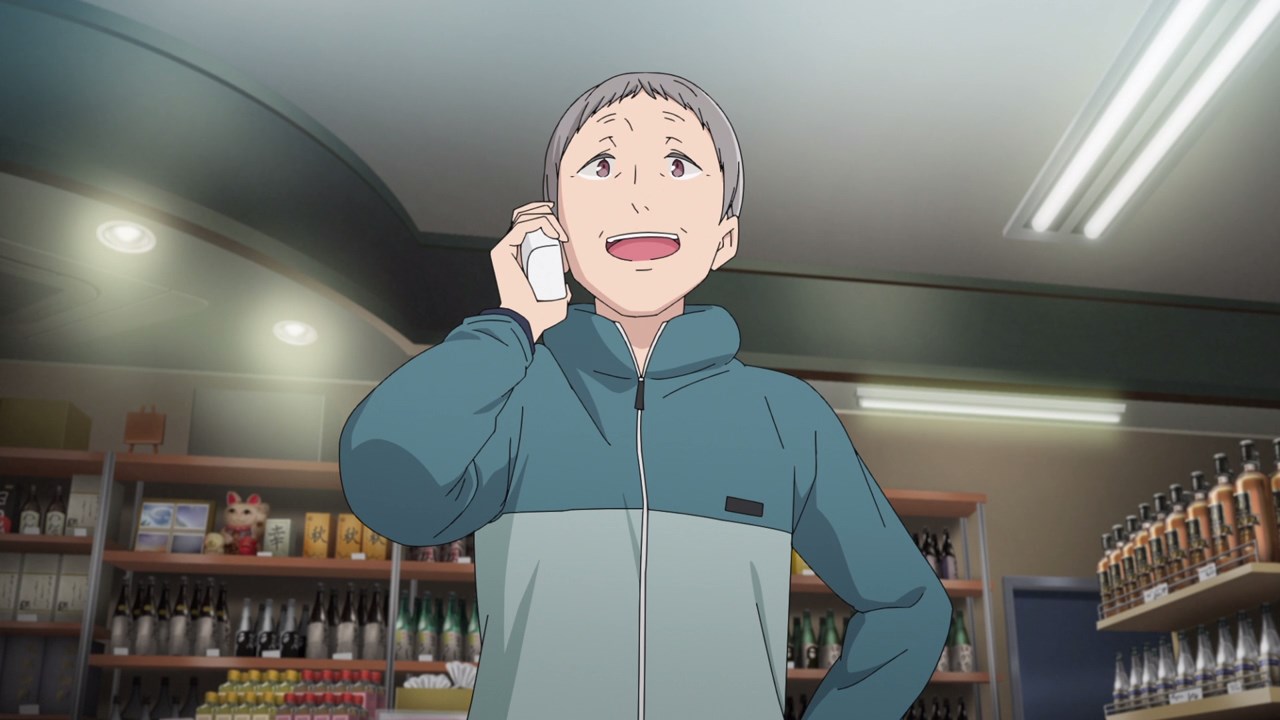 Fortunately, Iida-san told Oogaki that there’s a camping site in Nishiizu City. Yes, it’s far away from Cape Tsumeki, but at least it’s still located in the Izu peninsula. 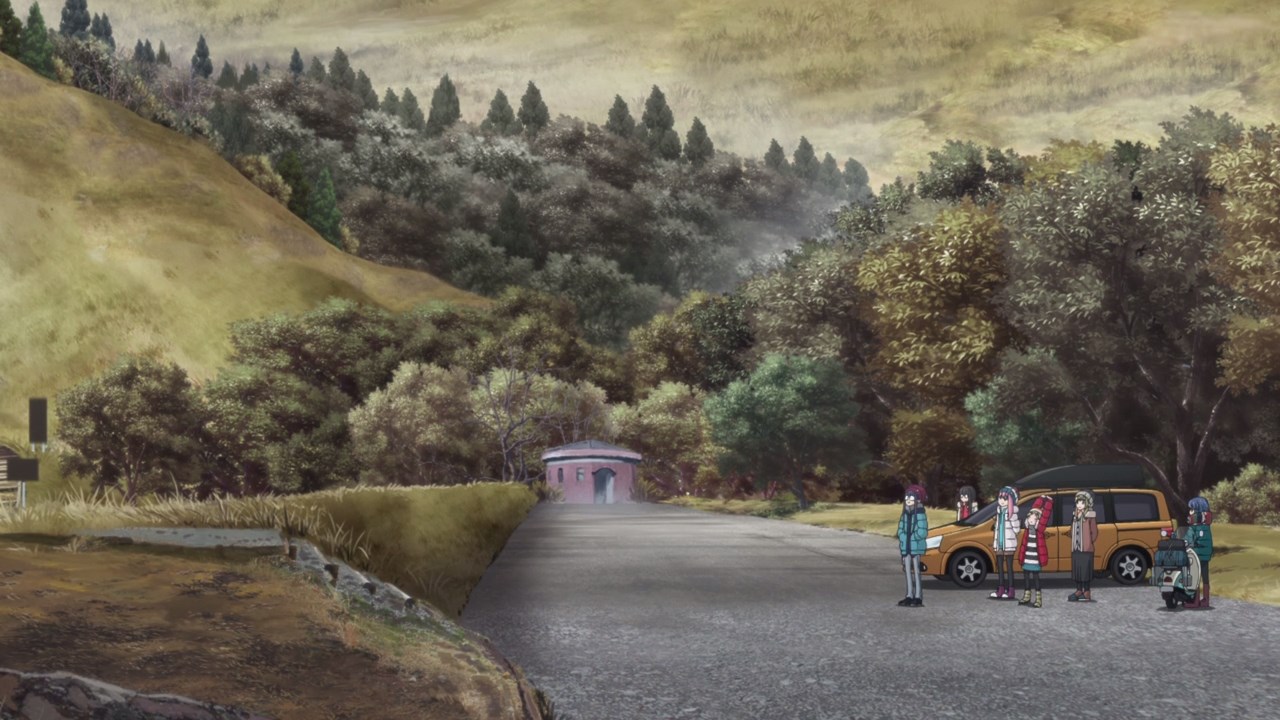 Thanks to Iida-san, looks like they found a camping site in Nishiizu City, although Nadeshiko and her friends will have to explore the area before setting up camp on the next episode.

Still, I’m hoping that Nadeshiko and Aoi won’t find out that their friends are throwing a surprise birthday party, especially when Chiaki and the rest are cooking exquisite dishes.