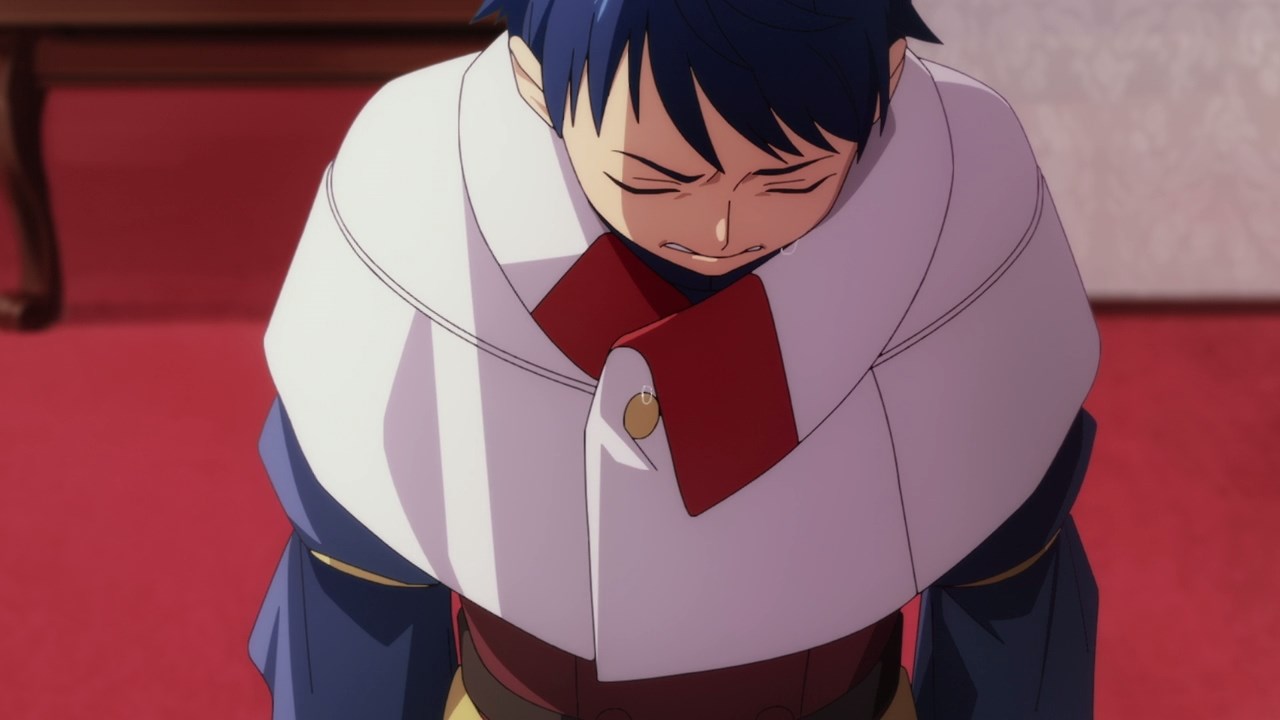 Let’s start with a bad news as the Analeit family heard the news that Julius Zagan Analeit was perished in battle. Of course, there’s no explanation on how Julius died.

But for Schlain Zagan Analeit, the fact that he lost his brother Julius and then inherited the title of hero is devastating as Schlain is not yet ready to fight. 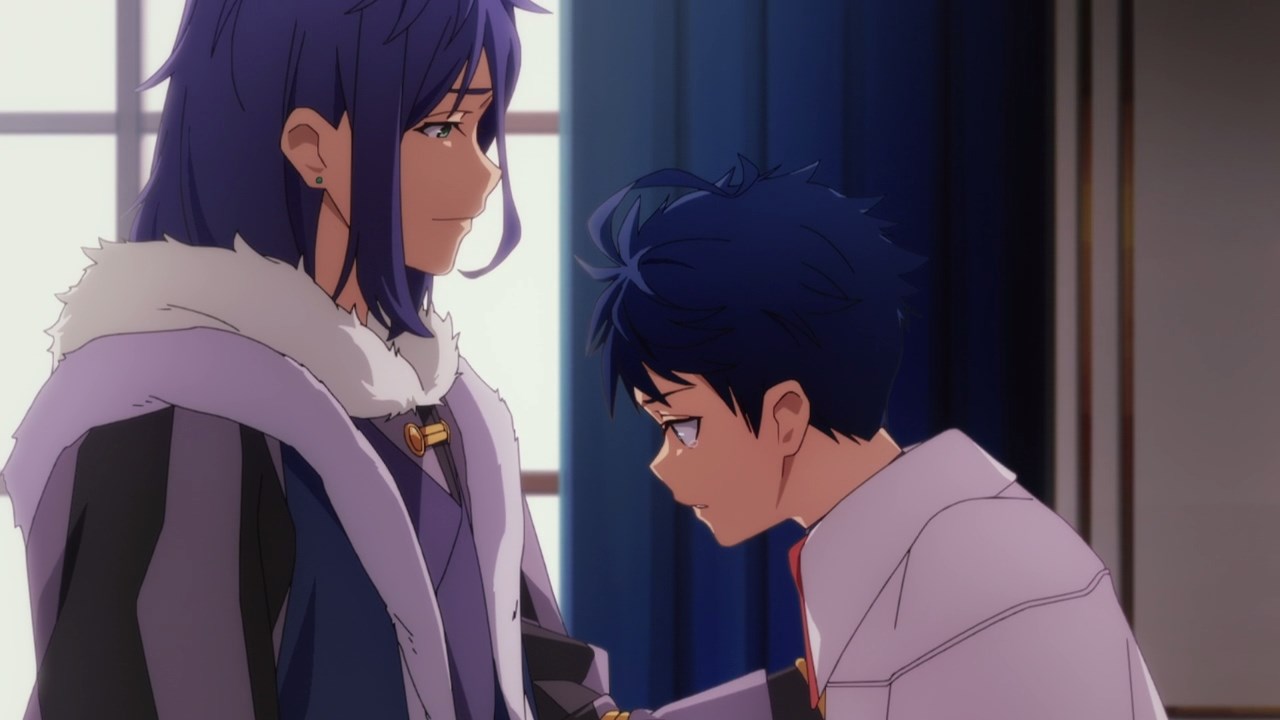 Of course, Leston is here to give Schlain a big warm hug as his heart needs to be healed first before taking the role as the hero. 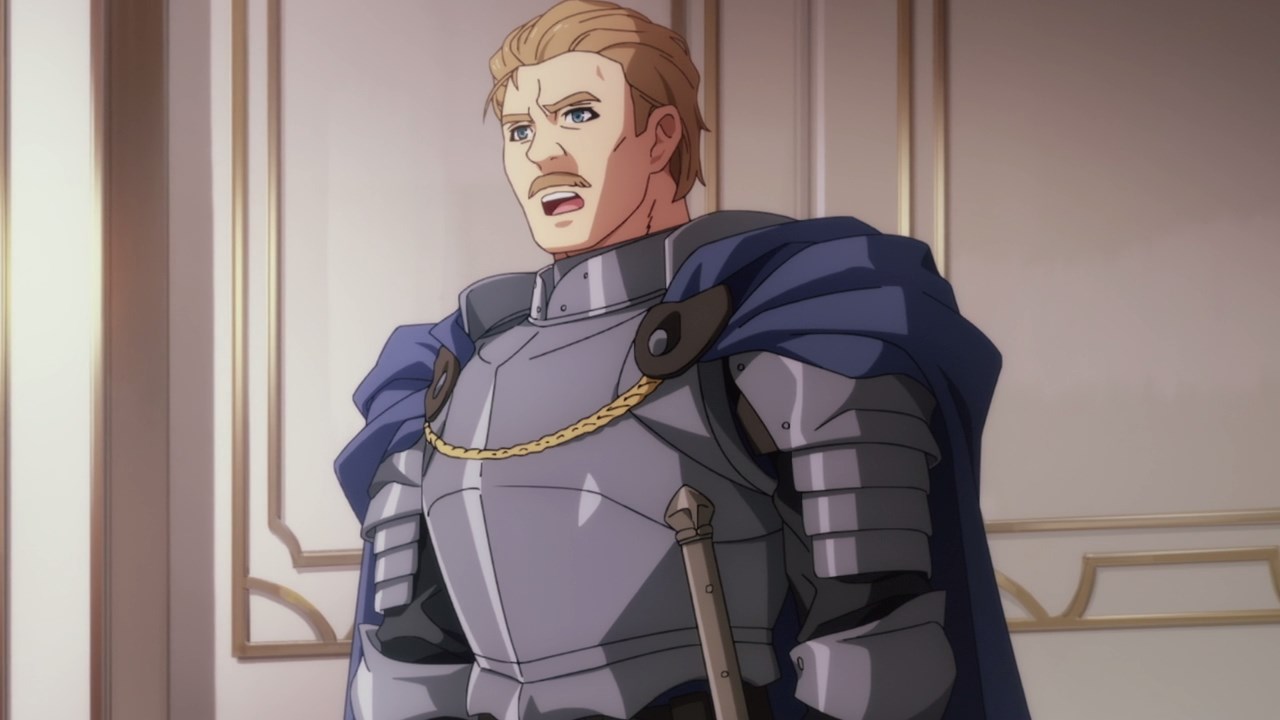 Meanwhile, there’s more bad news as the demon army destroys half of the Analeit Kingdom’s 8 fortresses, with Fort Kusorion being completely wiped out.

Oh yeah, there are reports that Julius and his party went to Fort Kusorion and I have to say that they perish there. 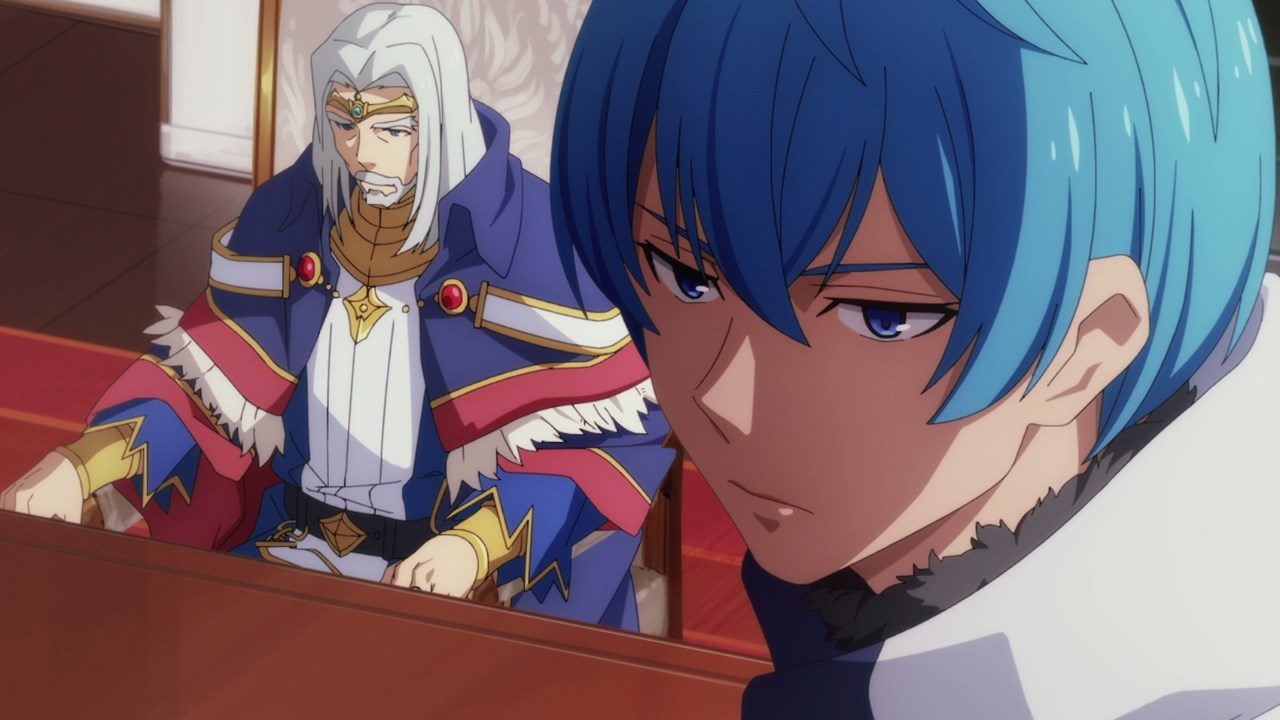 Due to this, King Meiges Derra Analeit and Crown Prince Cylis is concerned that the kingdom will eventually fall down at the hands of the demon lord.

In any case, Meiges told Schlain to leave the academy as soon as possible in order to prepare himself to take the role of the hero. 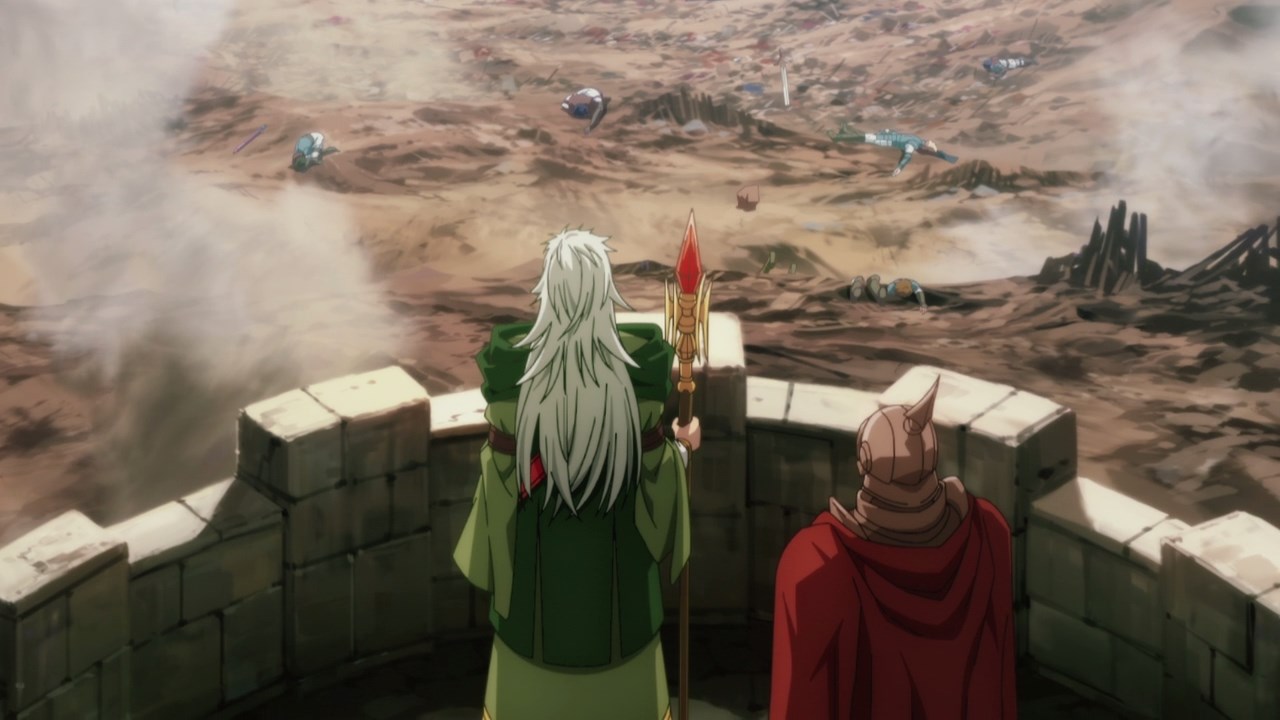 Now then, let’s move onto Fort Darazzo where Ronandt Orozoi and his men managed to stop the demons from destroying their fortress, although they suffered big losses when defending the fortress. 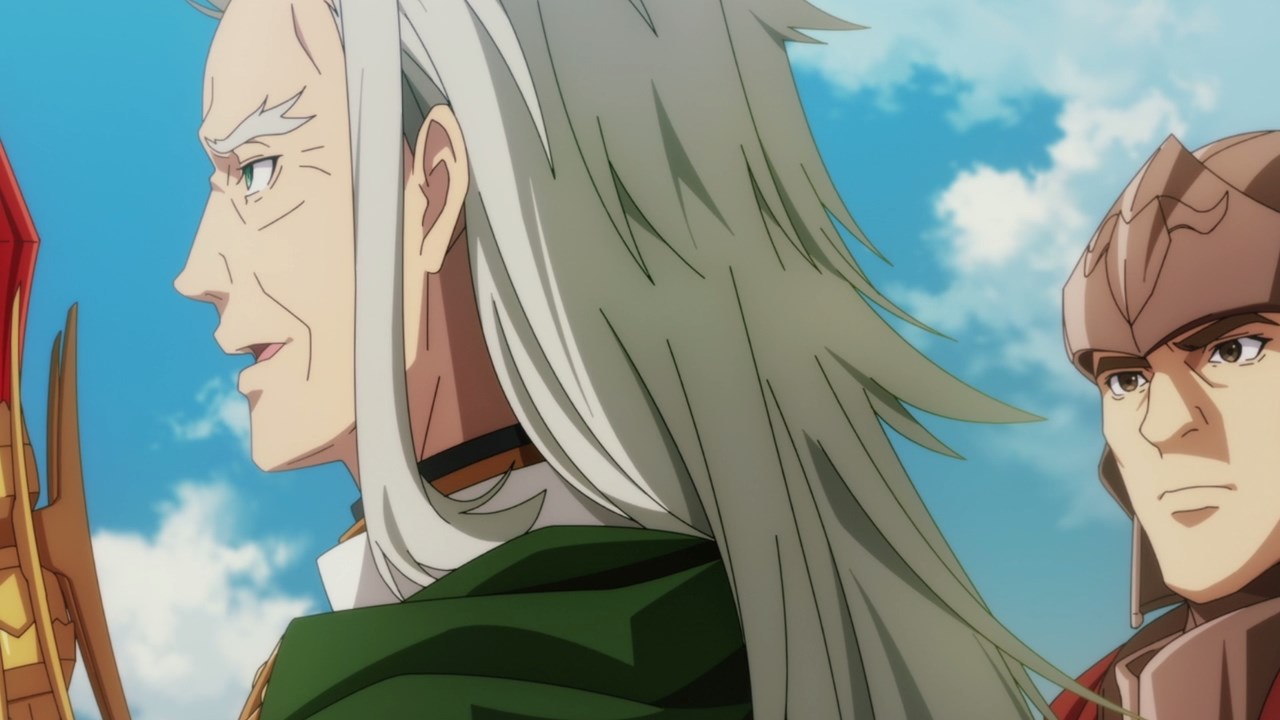 Speaking of Ronandt Orozoi, he told his men that there was a time he almost died at the hands of a certain Zoa Ele which Ronandt called it as “The Nightmare of the Labyrinth”. 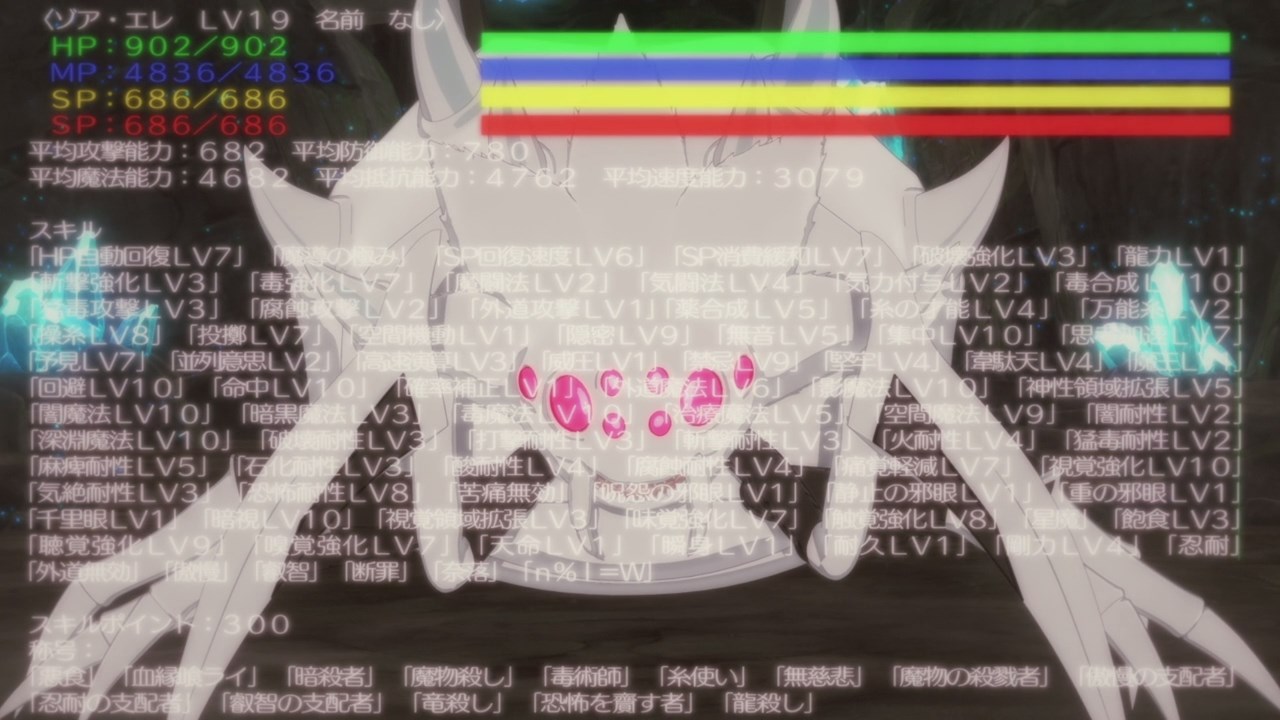 Anyways, Ronandt describes this particular Zoa Ele as having human-like intelligence and possesses a myriad of skills in addition to having high stats. Wait, isn’t that Ms. Spider? 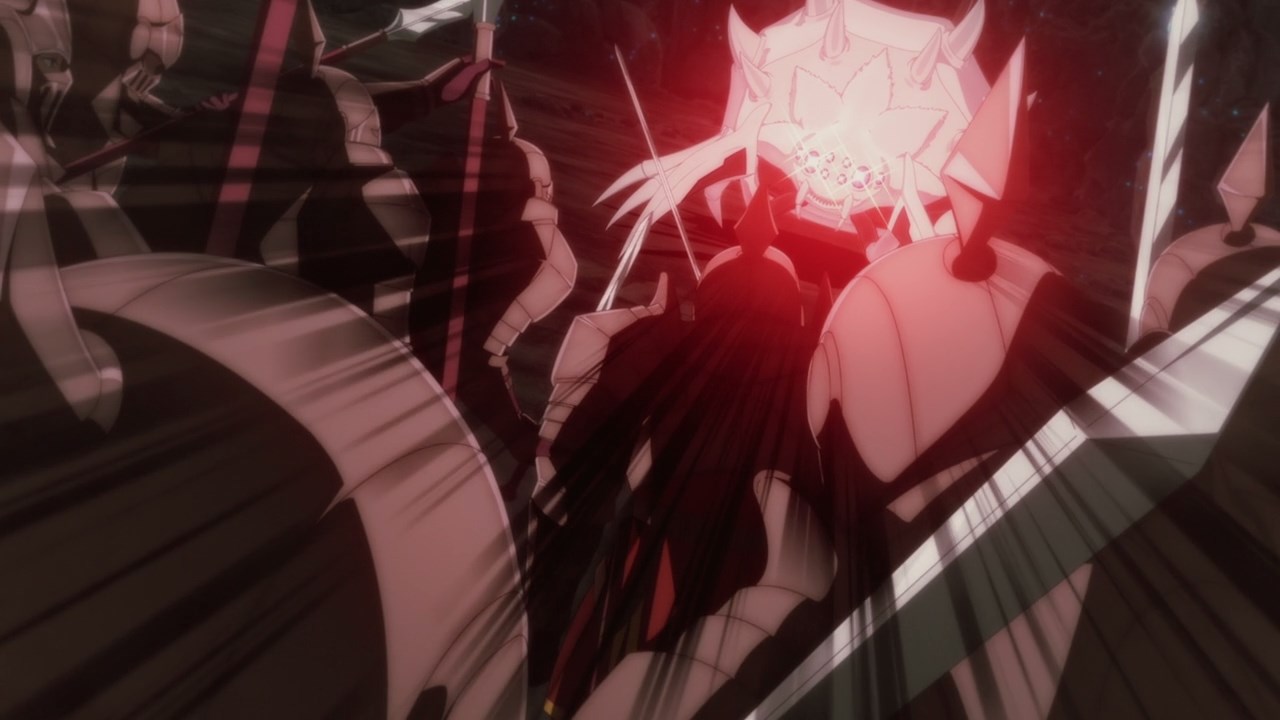 Regardless, The Nightmare of the Labyrinth prove to be a powerful monster where it can paralyze everyone using its evil eye. 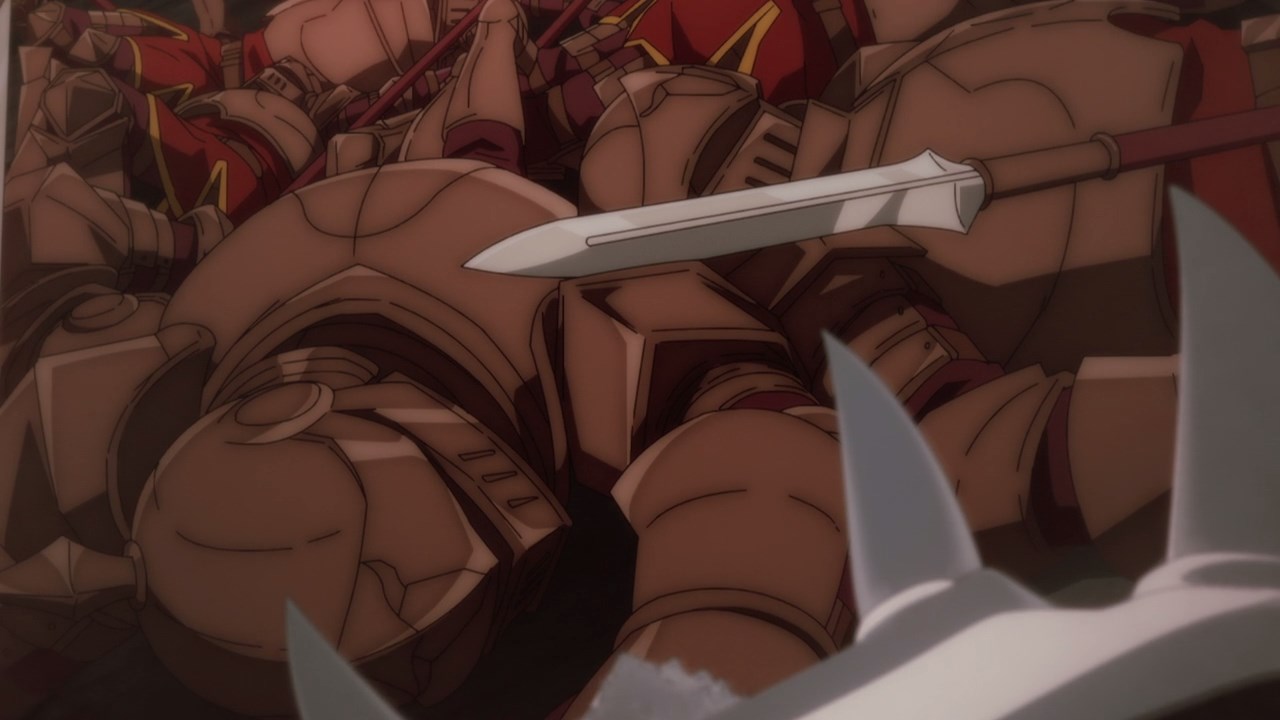 Oh, and the Zoa Ele can drop them dead too. You know something, I think Ronandt actually encountered Ms. Spider as his men didn’t survived her evil eyes. 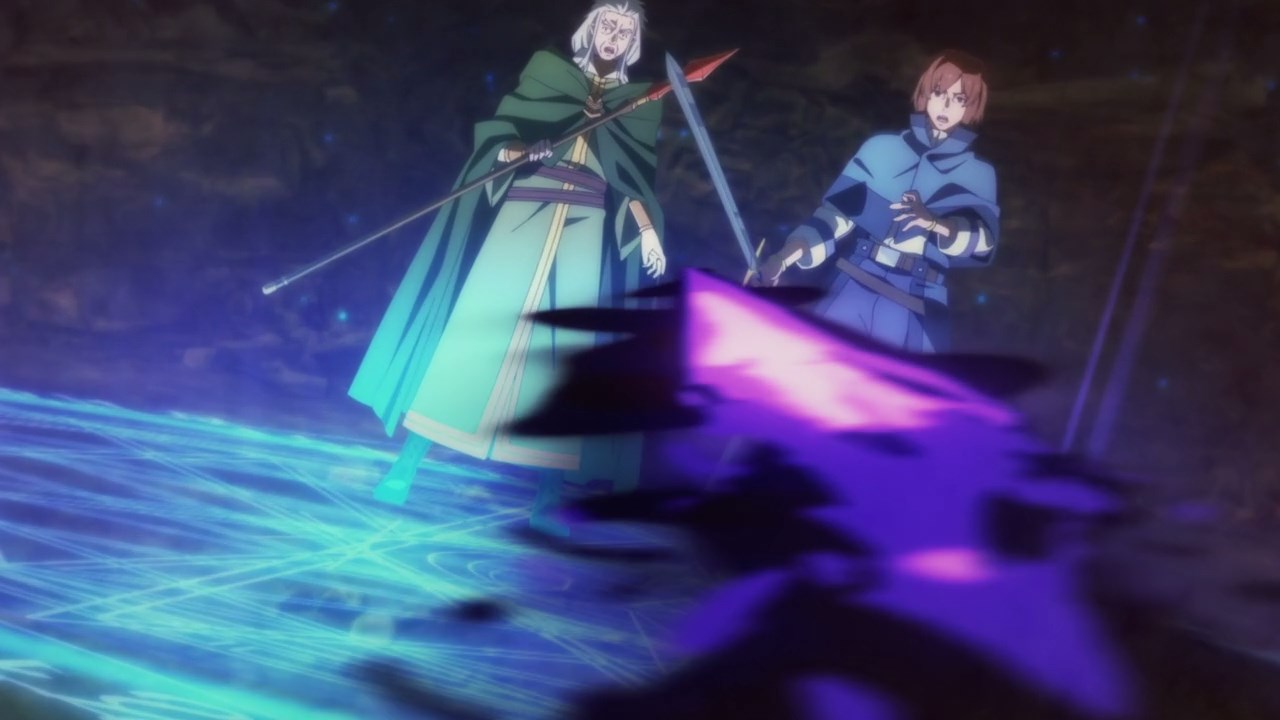 Of course, both Ronandt Orozoi and his assistant Buirimus are doomed as The Nightmare of the Labyrinth spewed a powerful poison towards them.

And as you can see, this poison not only creates a hole in Buirimus’ body, but Ronandt loses an arm too. God, Ms. Spider is OP! 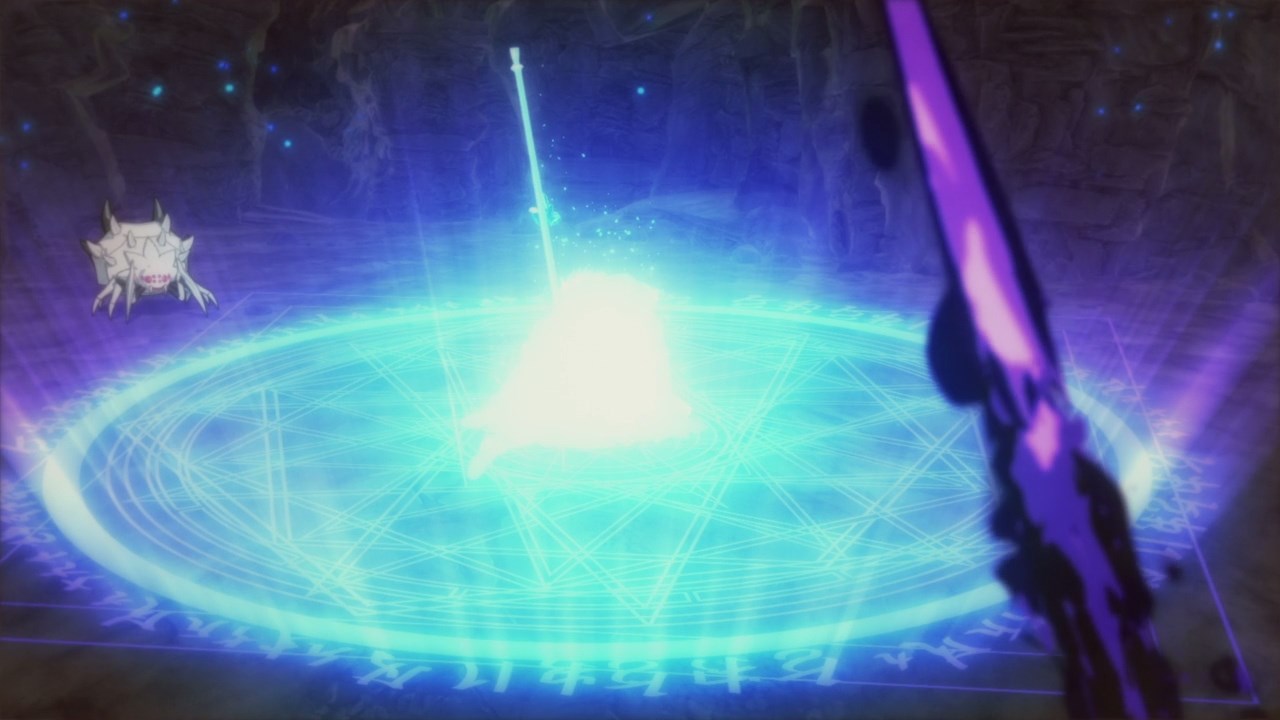 Fortunately, both magicians got out of the Great Elroe Labyrinth thanks to Ronandt’s escape magic, but they suffered great losses at the hands of that particular Zoa Ele. 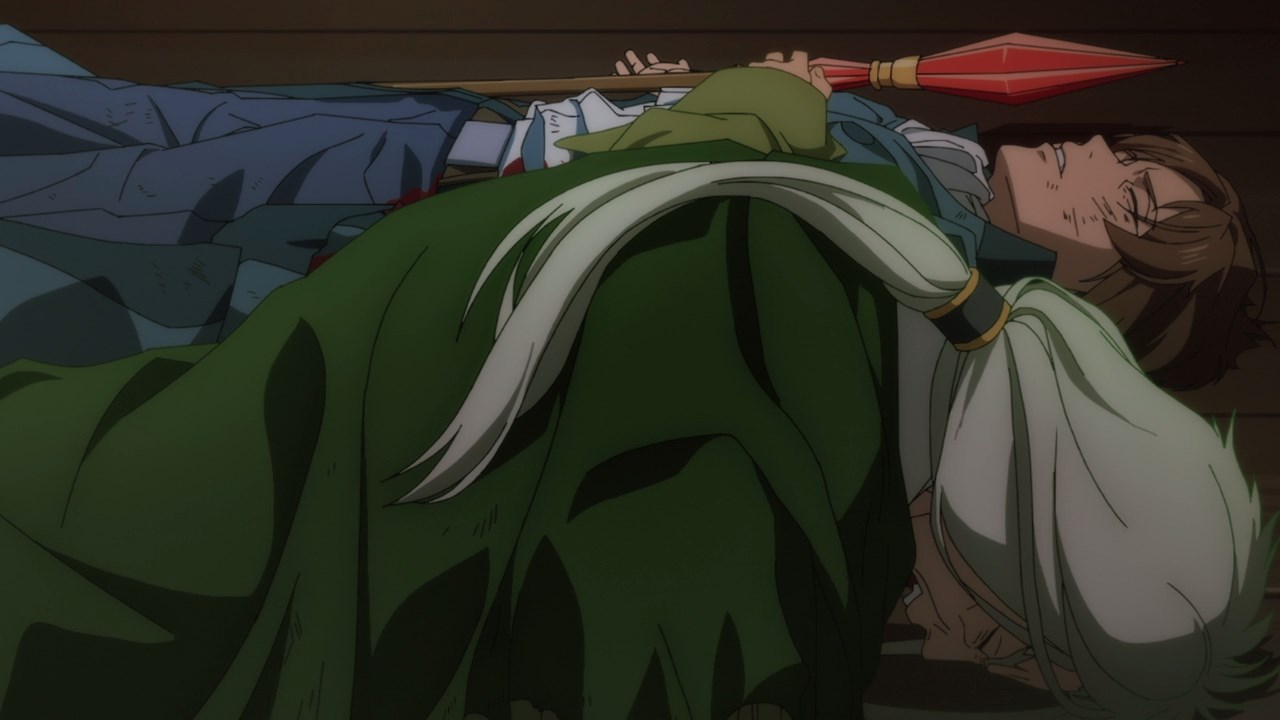 Then again, Ronandt encountering Ms. Spider was in the past, therefore there’s a possibility that Ms. Spider has finally reached boss-like levels in the present time. Heck, I feel that she might be the one who killed Julius Zagan Analeit but I’m not sure about that. 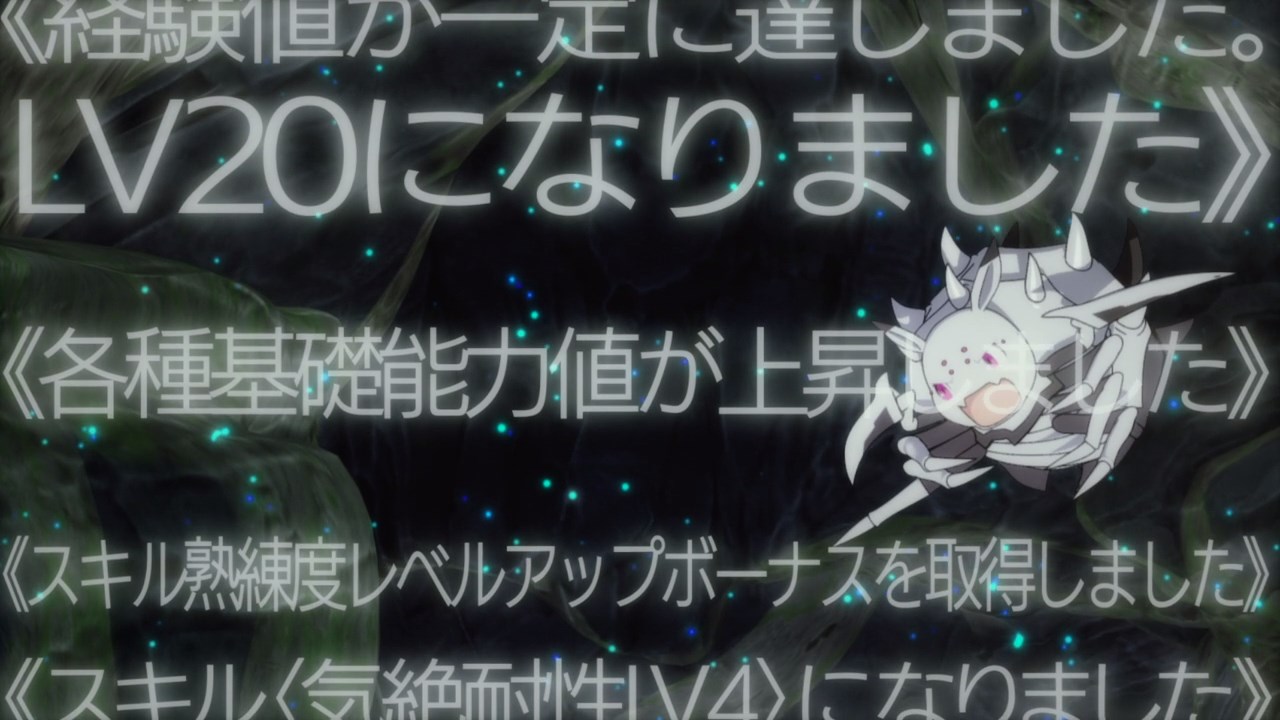 But let’s go back to Ms. Spider where she reached Level 20 after killing lots of Analeit soldiers in the Great Elroe Labyrinth. 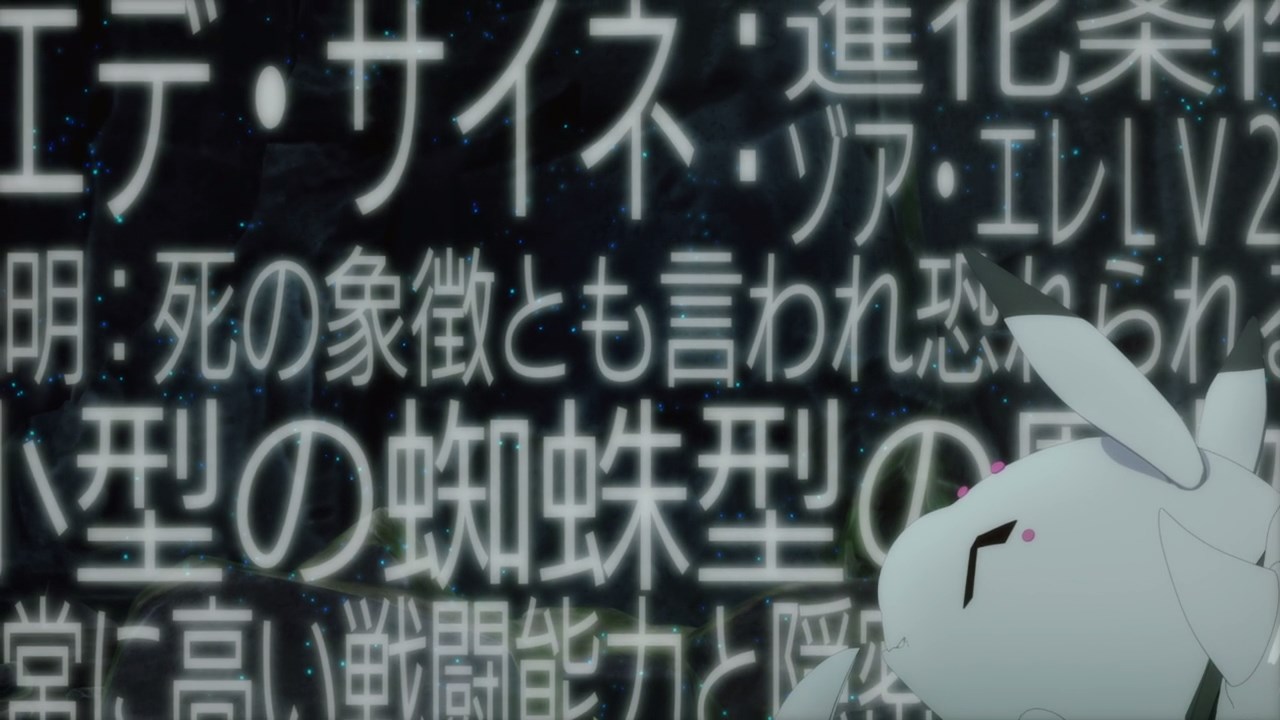 Anyways, tune in next time where Schlain prepares himself to become the next hero, although I wish the anime staff will show how Julius perished.