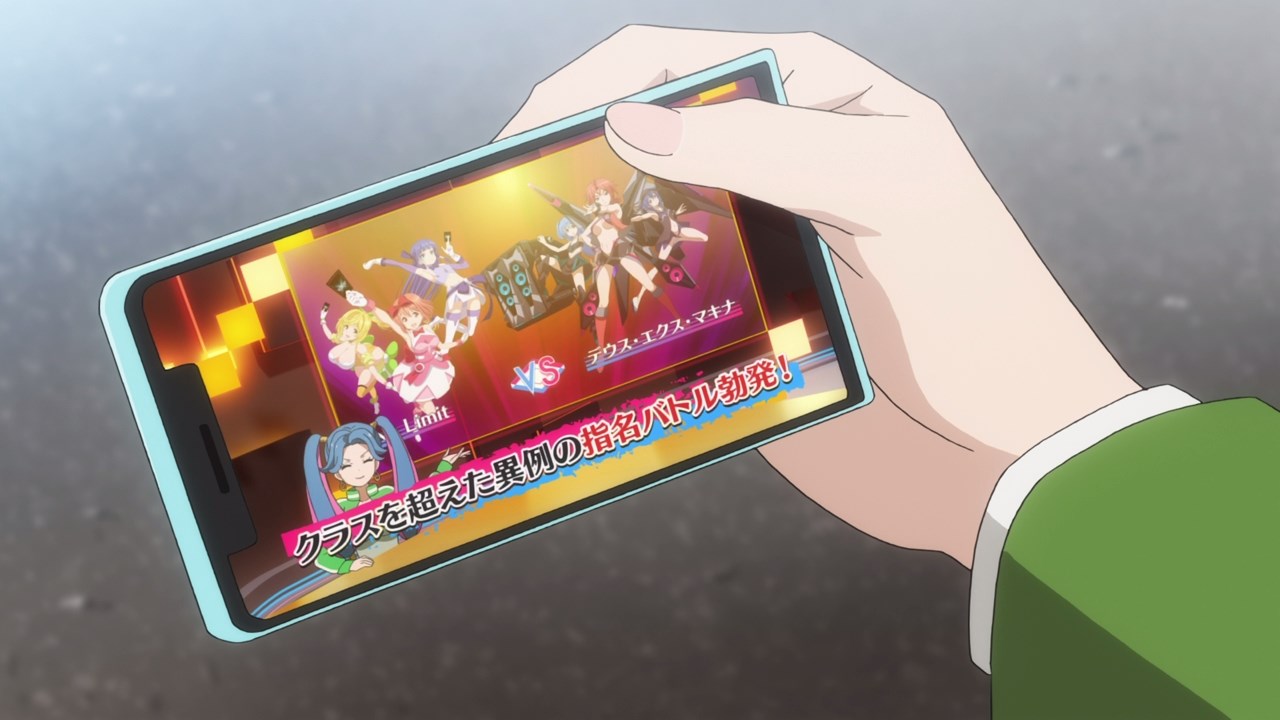 Looks like everyone caught wind on Deus Ex Machina’s announcement that they’ll fight against No Limit. Everyone was stunned about the announcement but the only thing I want to know is whether Hirana Asu and her friends can survive it. 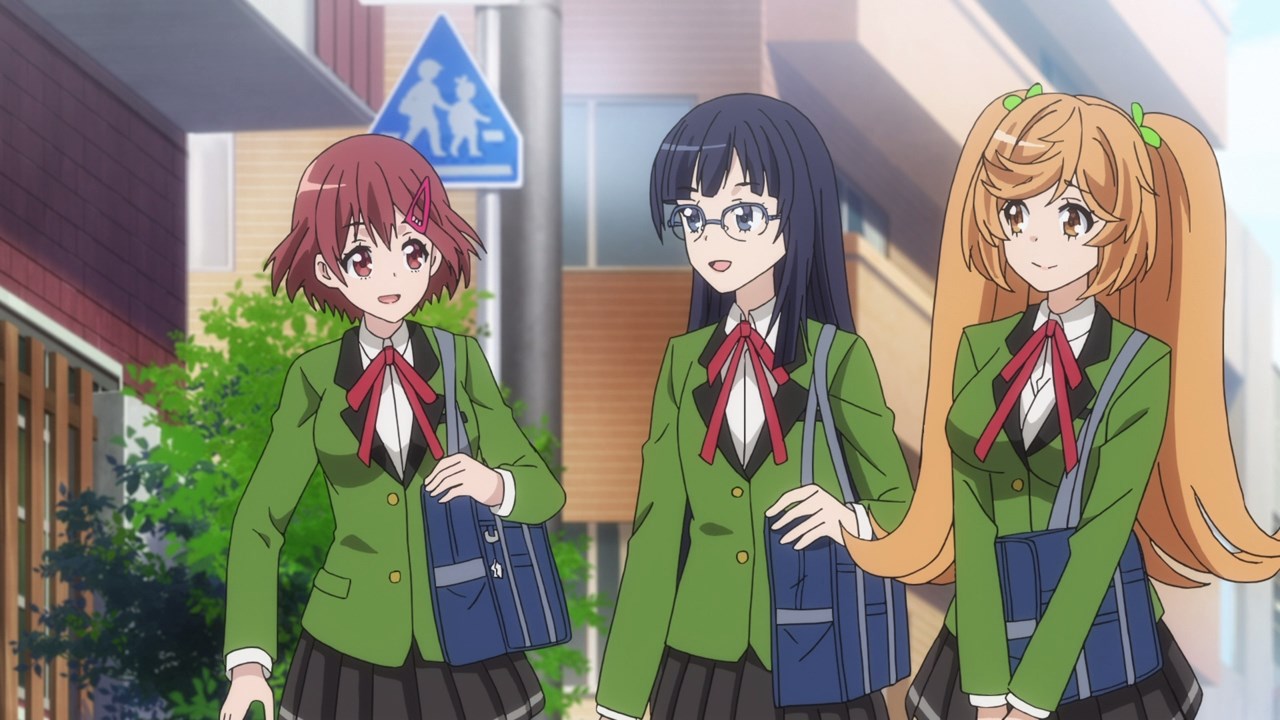 And speaking of Hirana, she’s talking about No Limit’s strategy to both Akino Onko and Rei Sakigake. C’mon, they need lots of preparation when facing Deus Ex Machina. 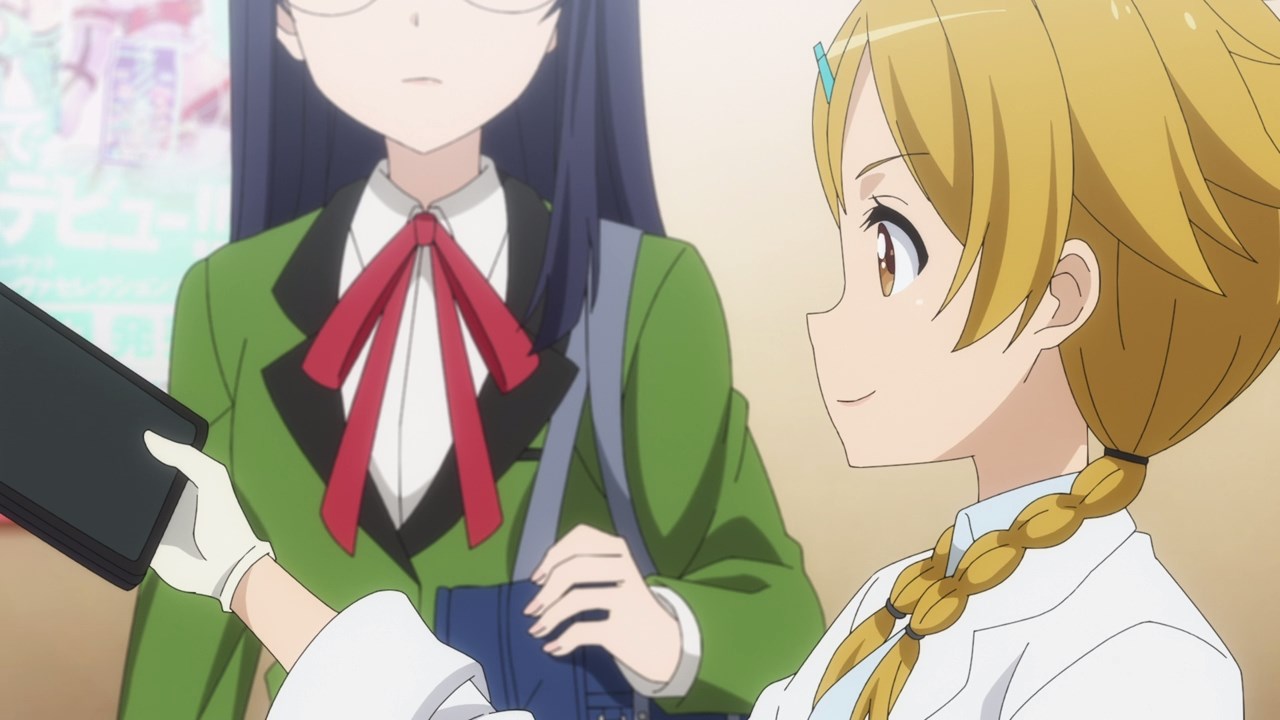 But if they hit a wall, some of their rivals stepped in to help them as Dr. Tamago from Uchuu no Hajimari shared her tablet to Hirana Asu. 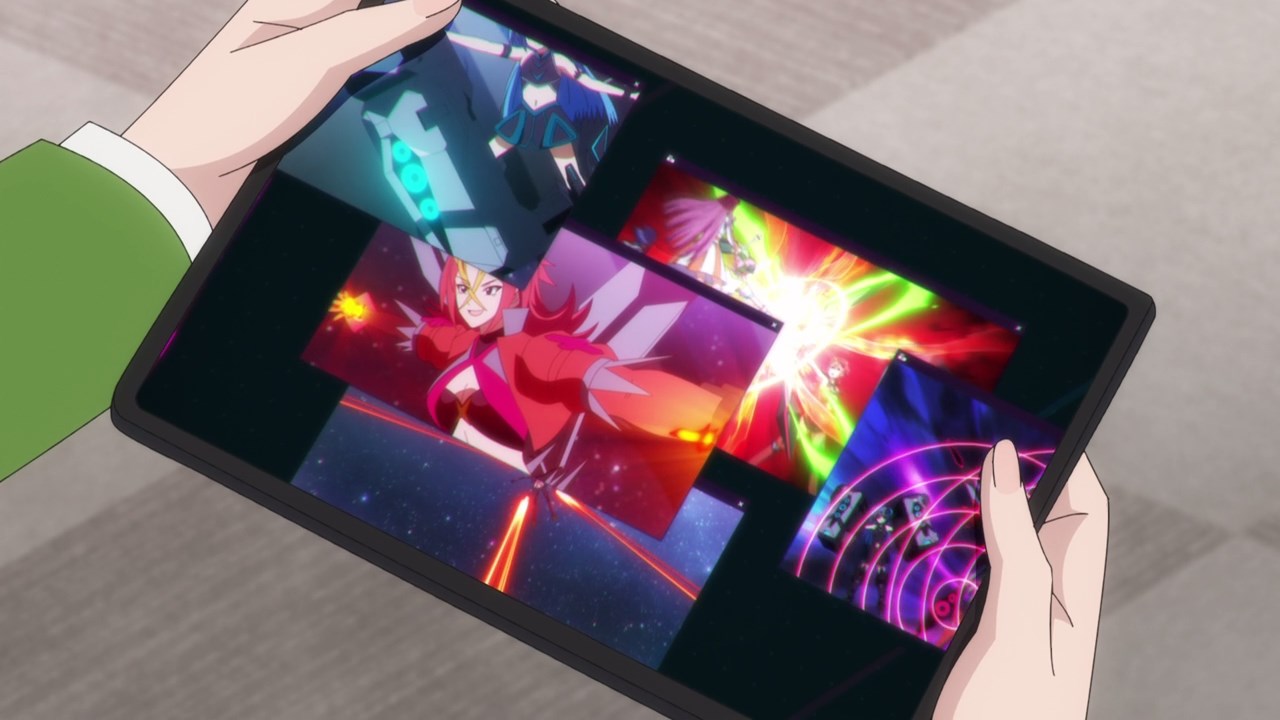 As you can see, it contains all the data from Deux Ex Machina’s previous battles in which it’ll be useful for the upcoming duel. 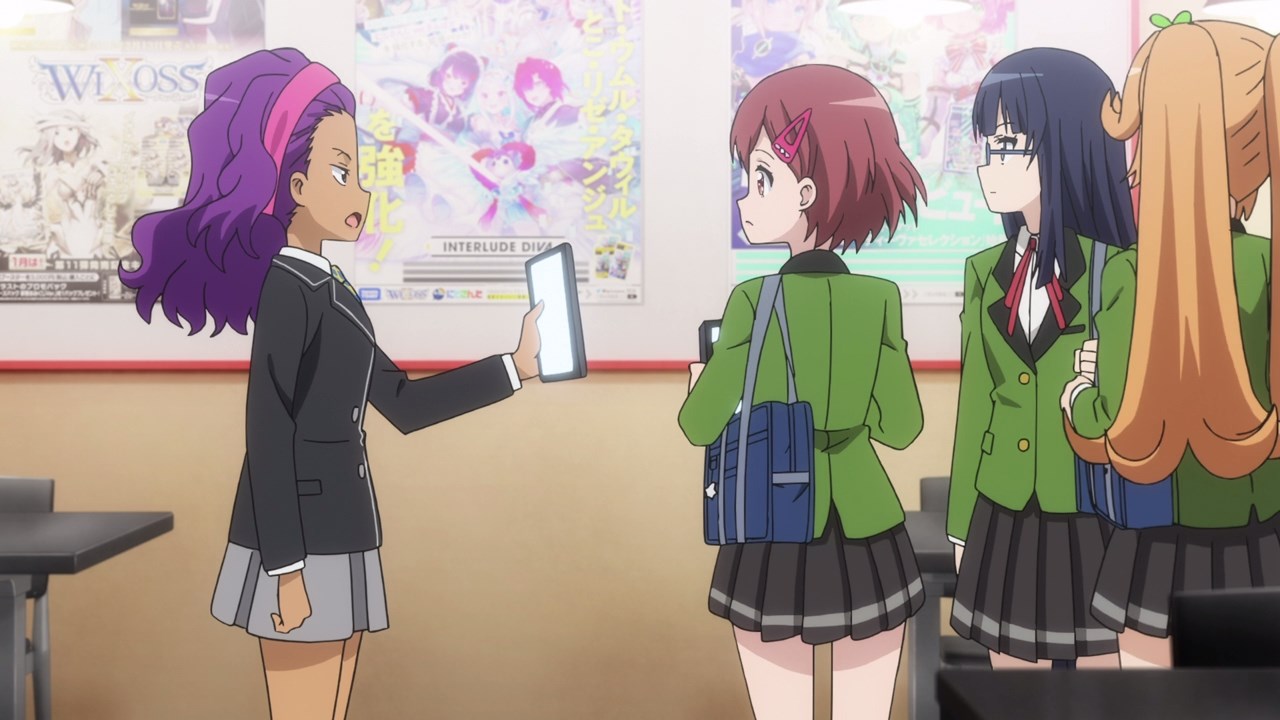 Also, here’s Mujika Yotogi where she has data regarding Deus Ex Machina. C’mon, she came from a clan of ninjas after all. 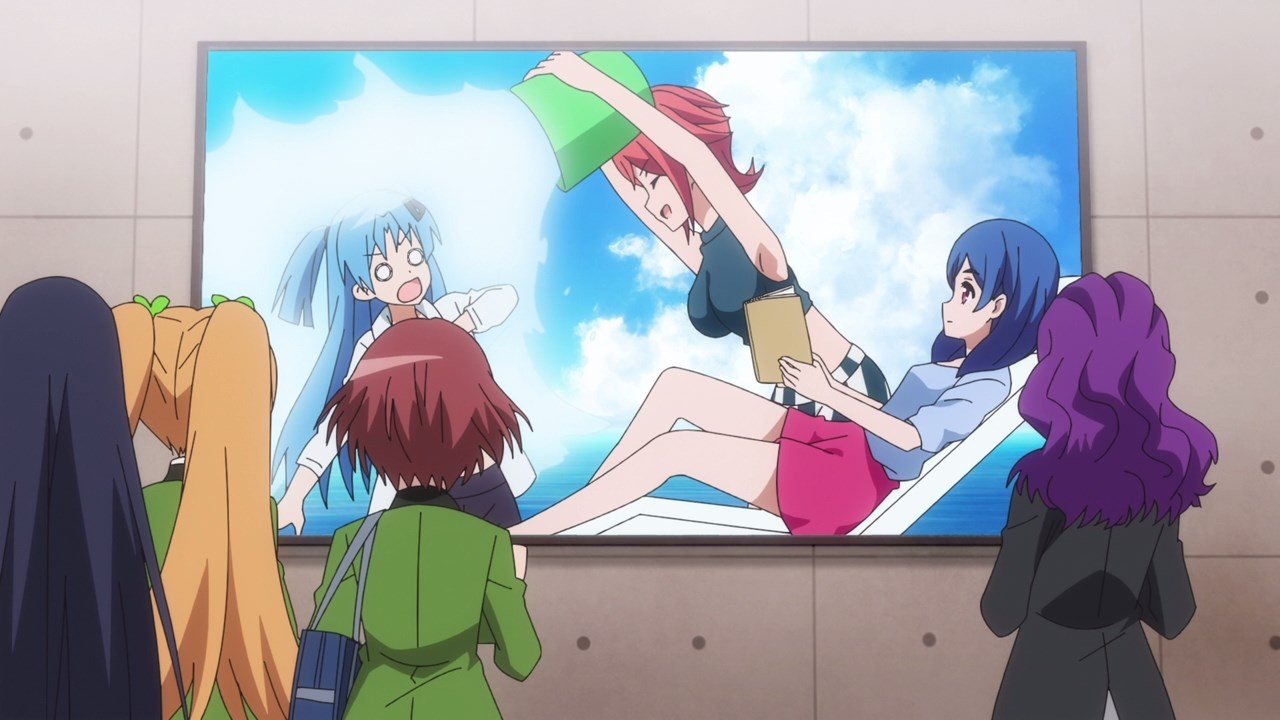 Except that Mujika shared some candid shots of the top diva unit. Okay Mujika, I think you should spy on Deus Ex Machina’s weaknesses. 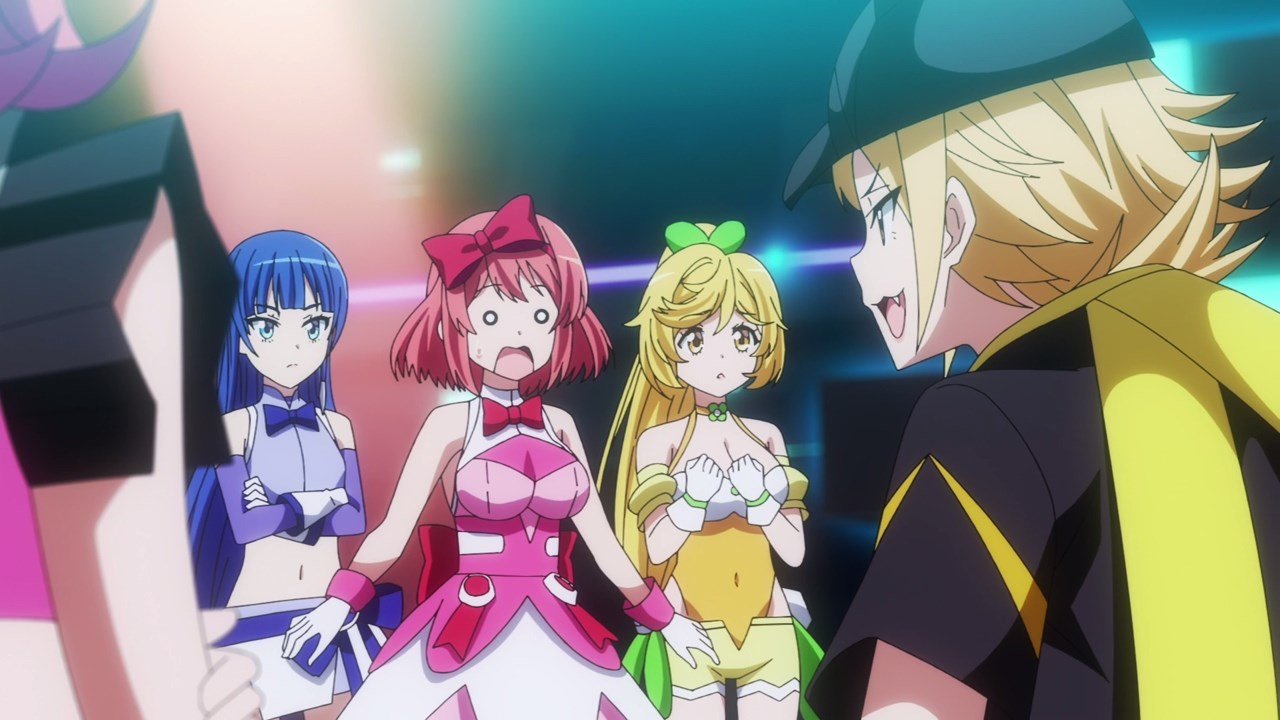 But if finding information wasn’t enough, there’s Card Jockey where DJ Lion and her teammates are gonna have a mock battle against No Limit.

Oh yeah, Card Jockey wants to fight against Deus Ex Machina, but No Limit beat them to the punch which is why DJ Lion is really angry. 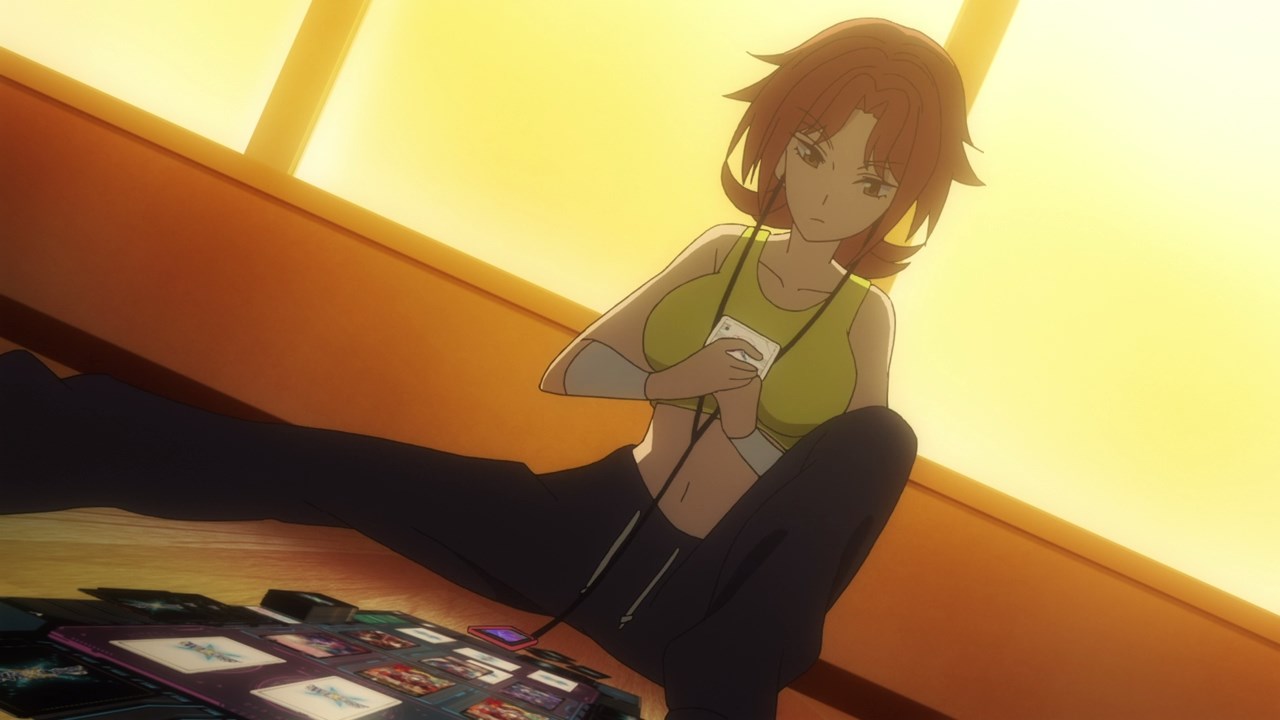 Now let’s focus on Deus Ex Machina where Excel Minazuki is really focused on creating strategies for the upcoming battle against No Limit. 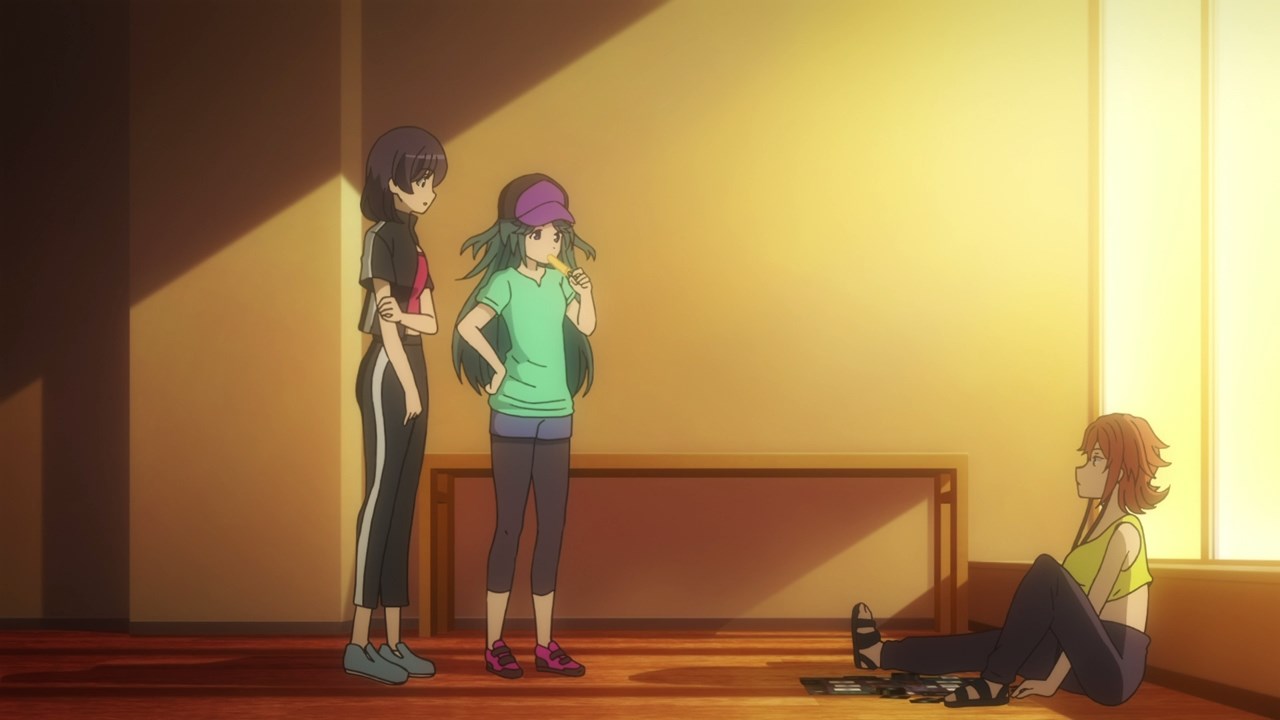 Even Daina Usuki and Makina Sorachi are surprised that Excel is really pumped-up because she found a worthy rival, although I’m scared of the outcome. 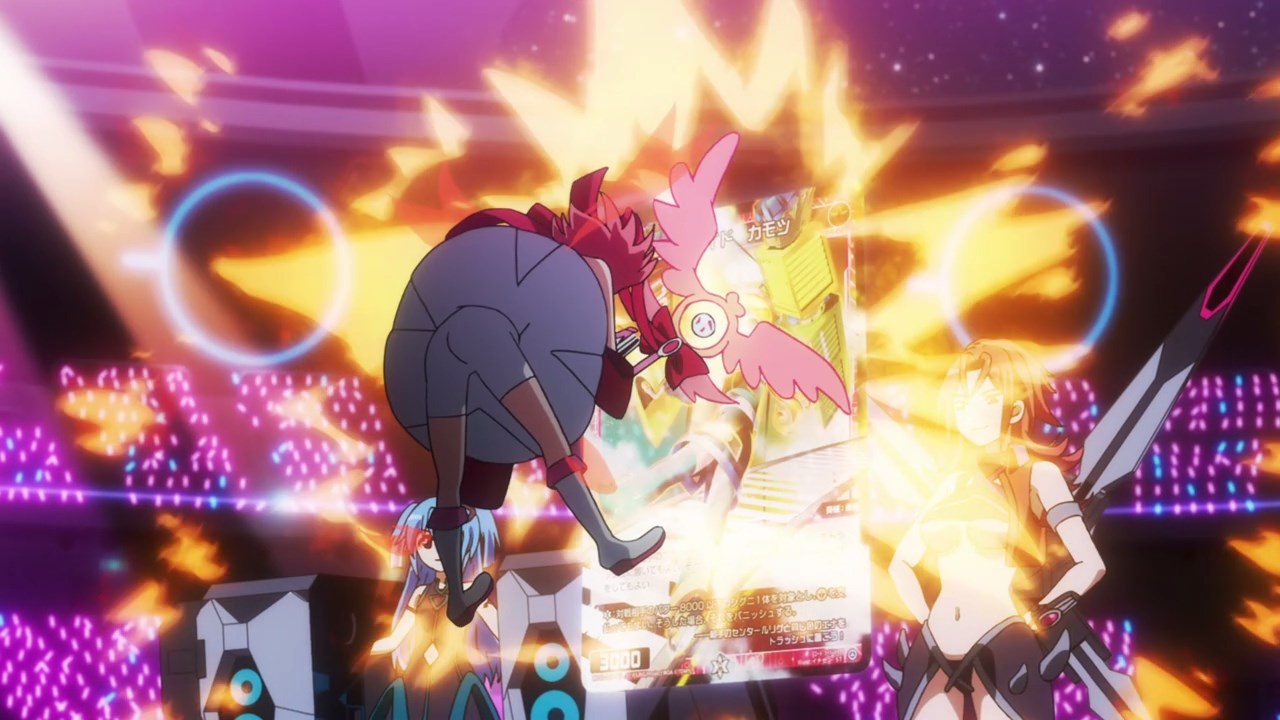 In any case, the Diva Battle between No Limit and Deus Ex Machina has begun where Hirana and her teammates has a 50/50 chance on beating an A Class diva unit. 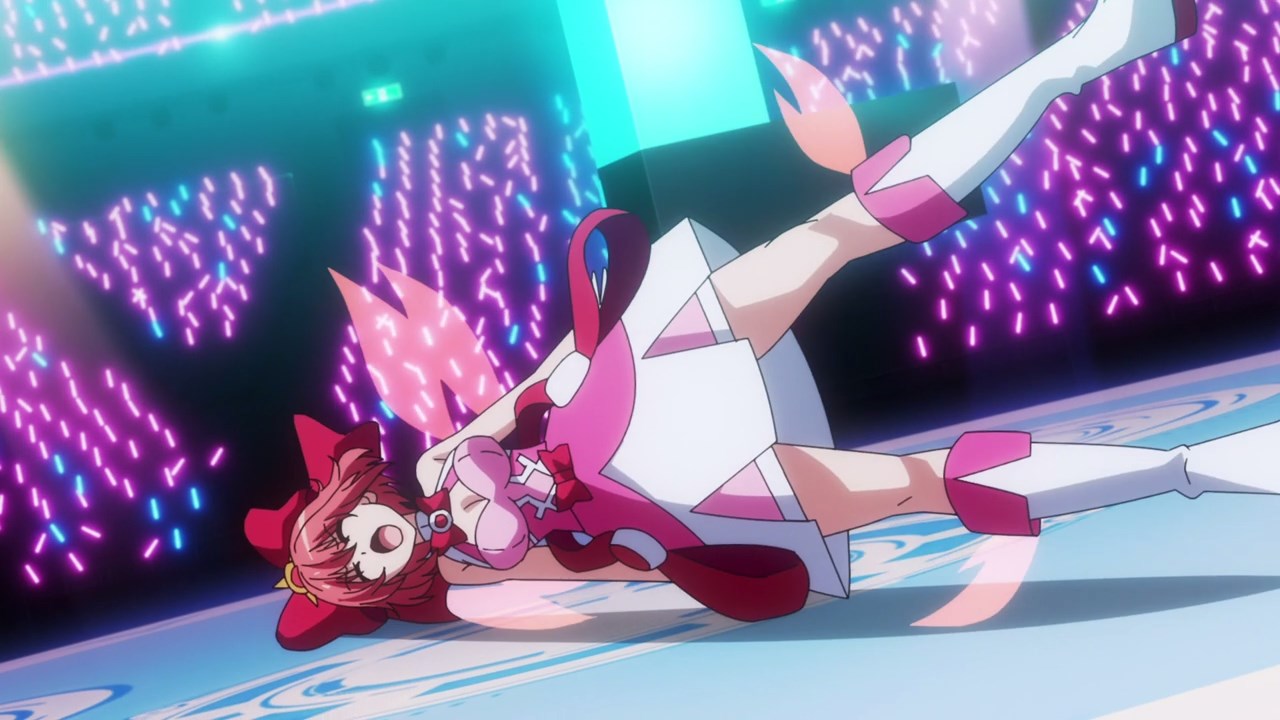 Well actually, their chances of beating Deus Ex Machina went lower as Hirana and her friends couldn’t beat Ex’s unit no matter what strategy she came up with against the top LRIGs in WIXOSS Land. 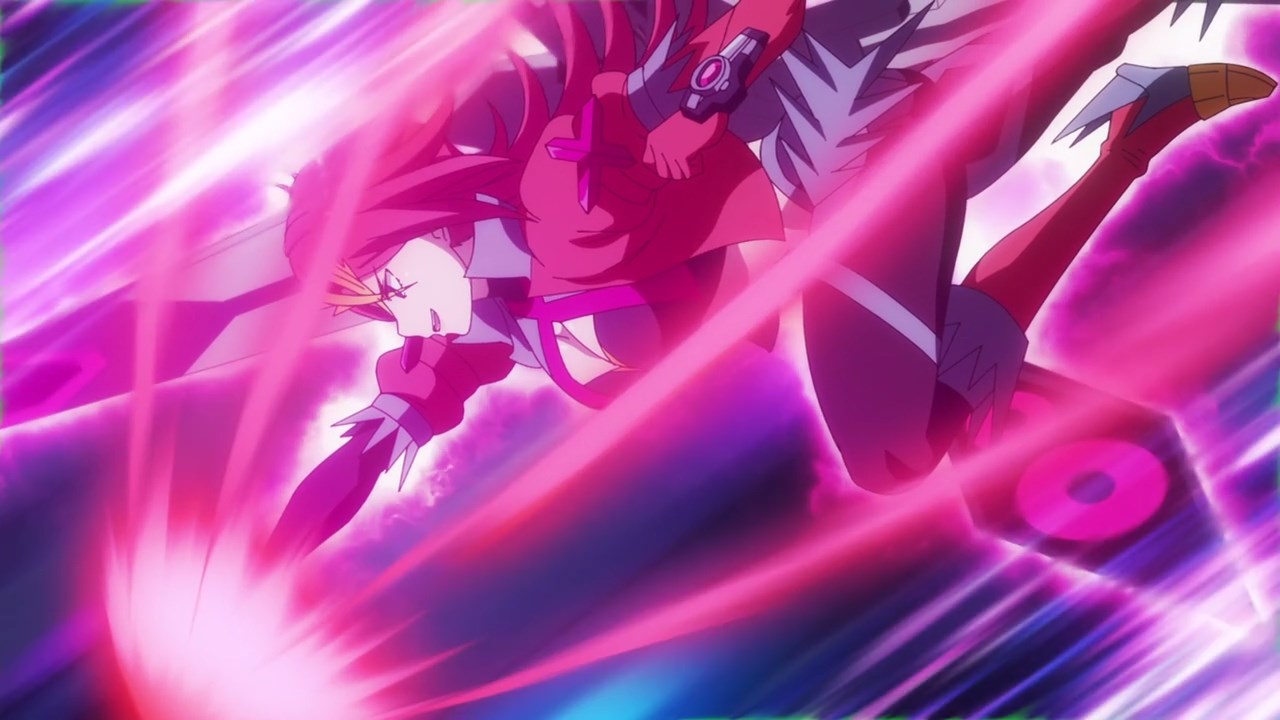 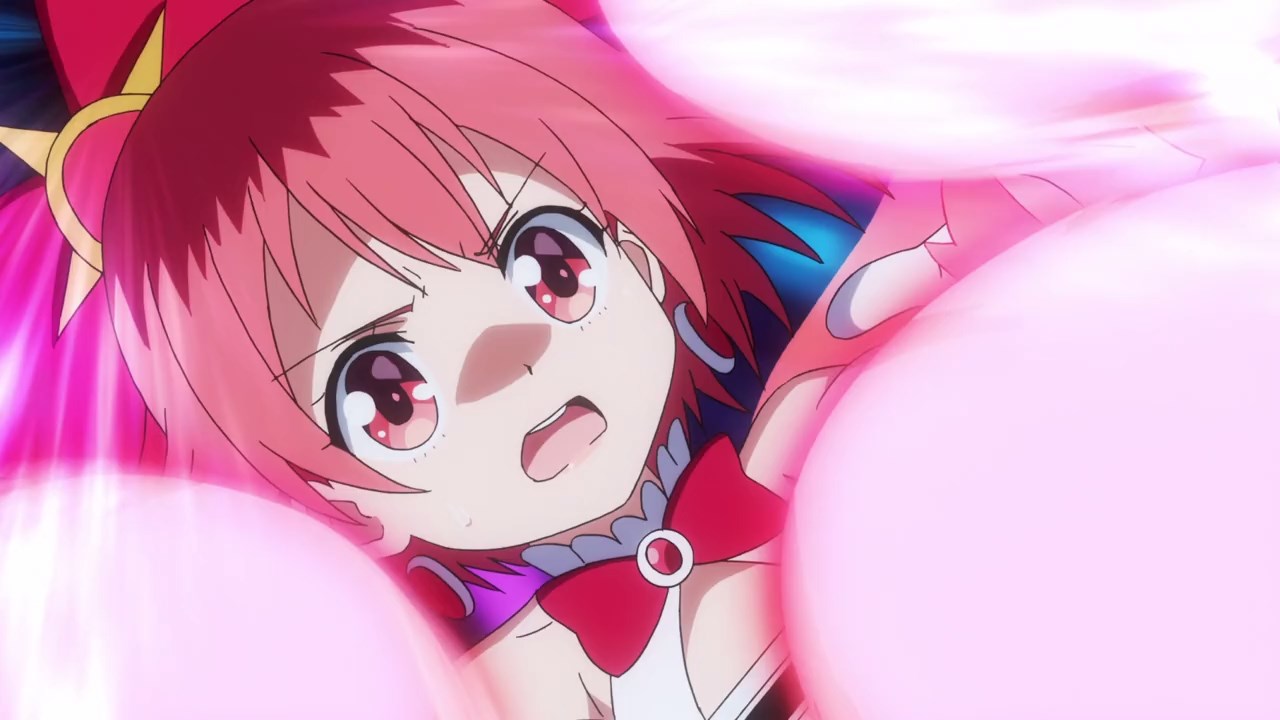 Anyways, it’s Deux Ex Machina’s turn where Ex is about to finish Hirana in one fell swoop. Man, I can’t bear to watch this! 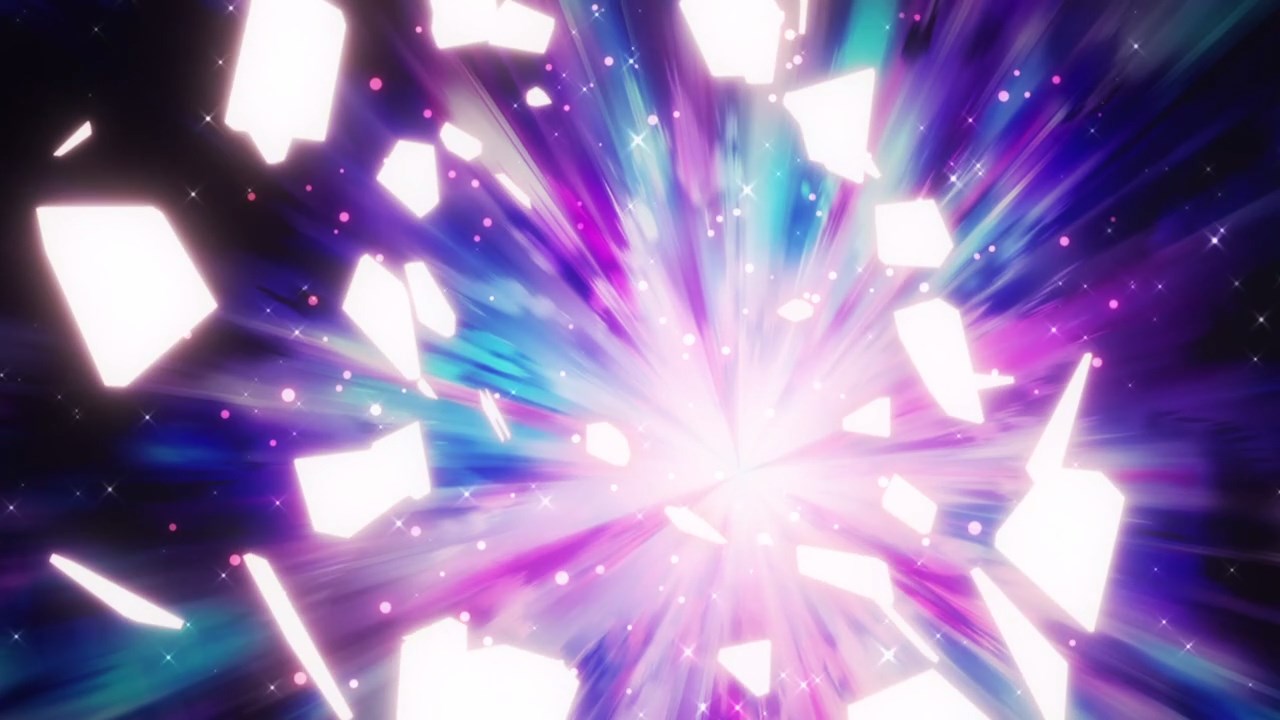 Well then, it appears that the Diva Battle has ended as Deus Ex Machina completely destroys No Limit. I mean, it’s a given fact that the top diva unit will win. 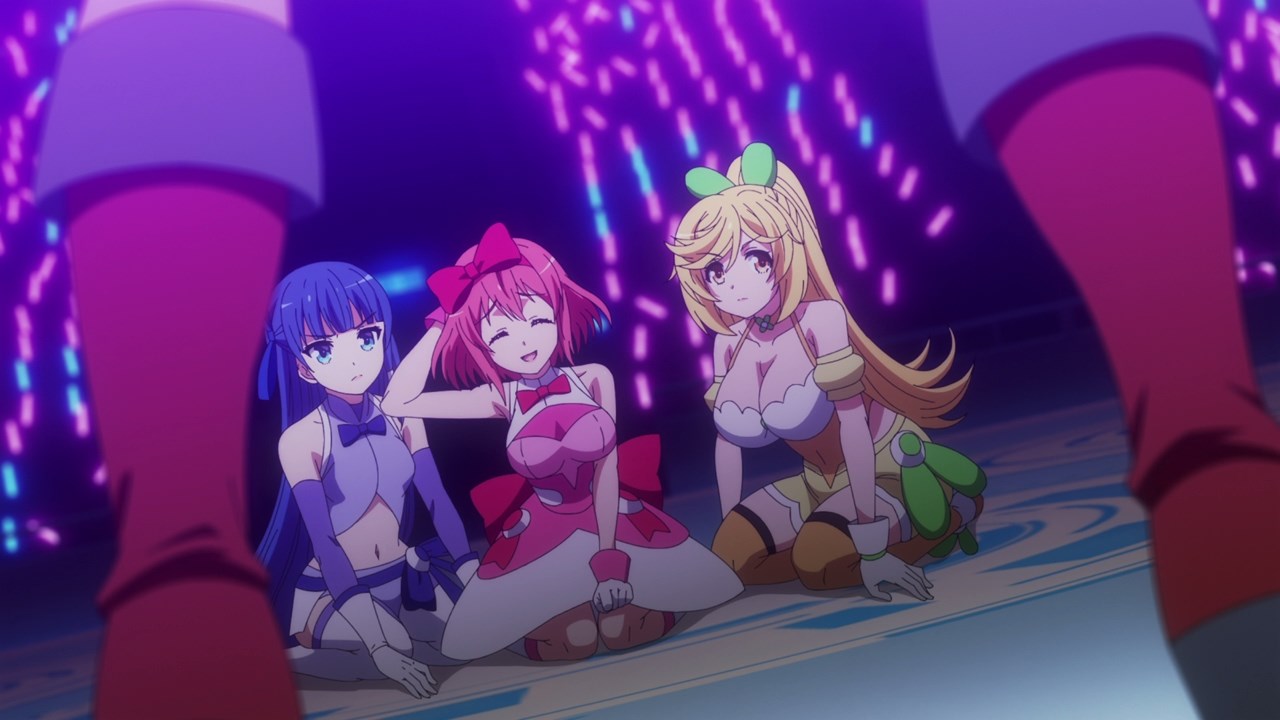 For Hirana and her friends, it appears that no matter what they try to do, they’re not yet ready to beat Ex’s diva unit. 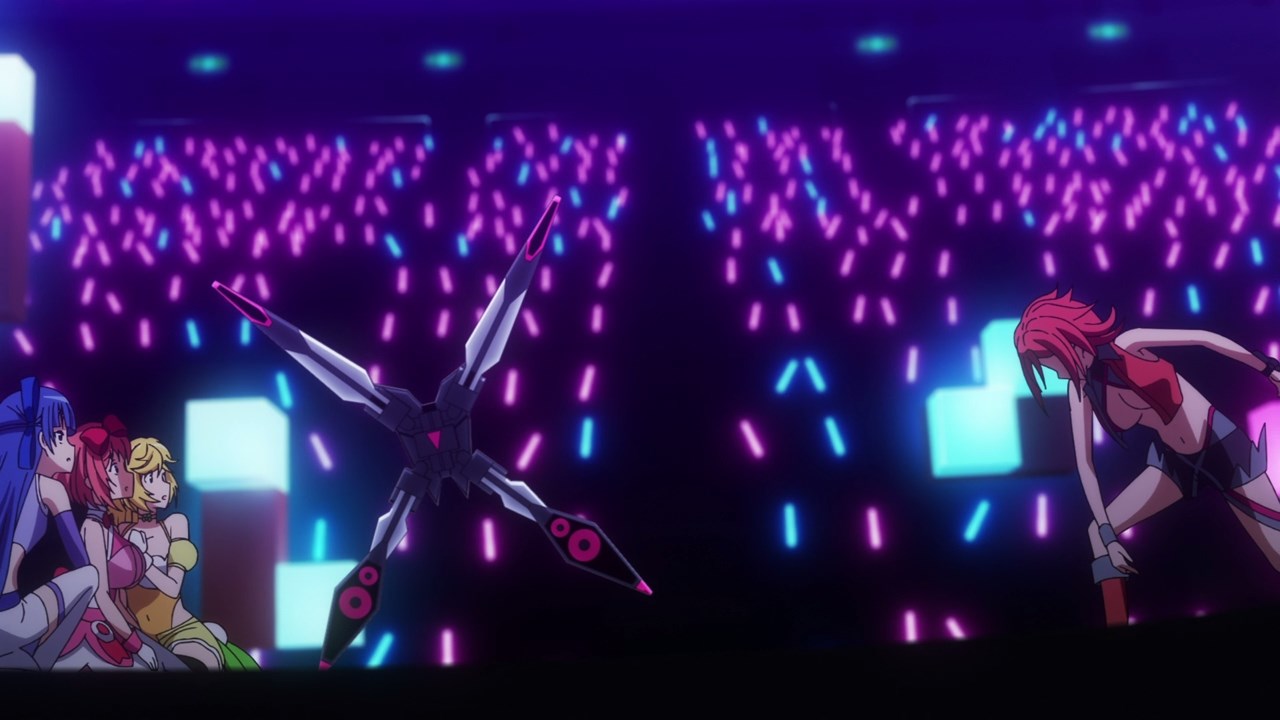 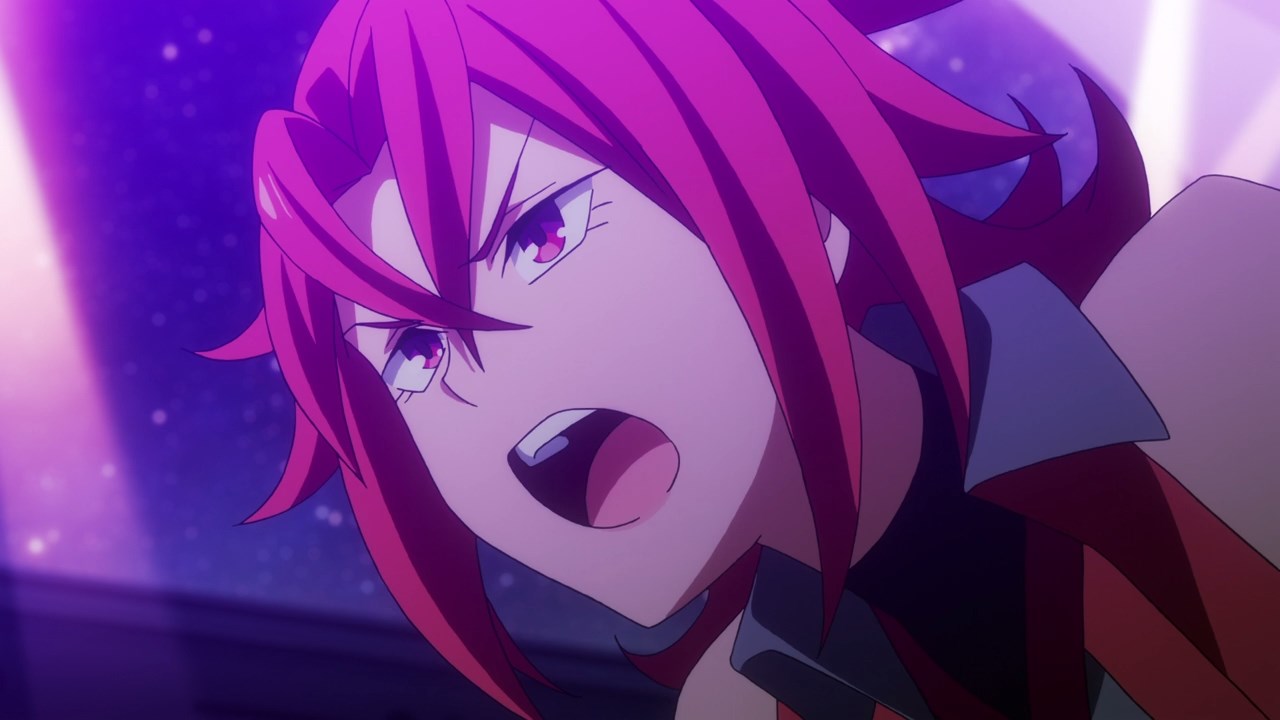 But for Ex however, it appears that she’s not amused towards Hirana as she wants to fight her again. Um Ex, let’s save that for the next battle until No Limit is ready to take you on. 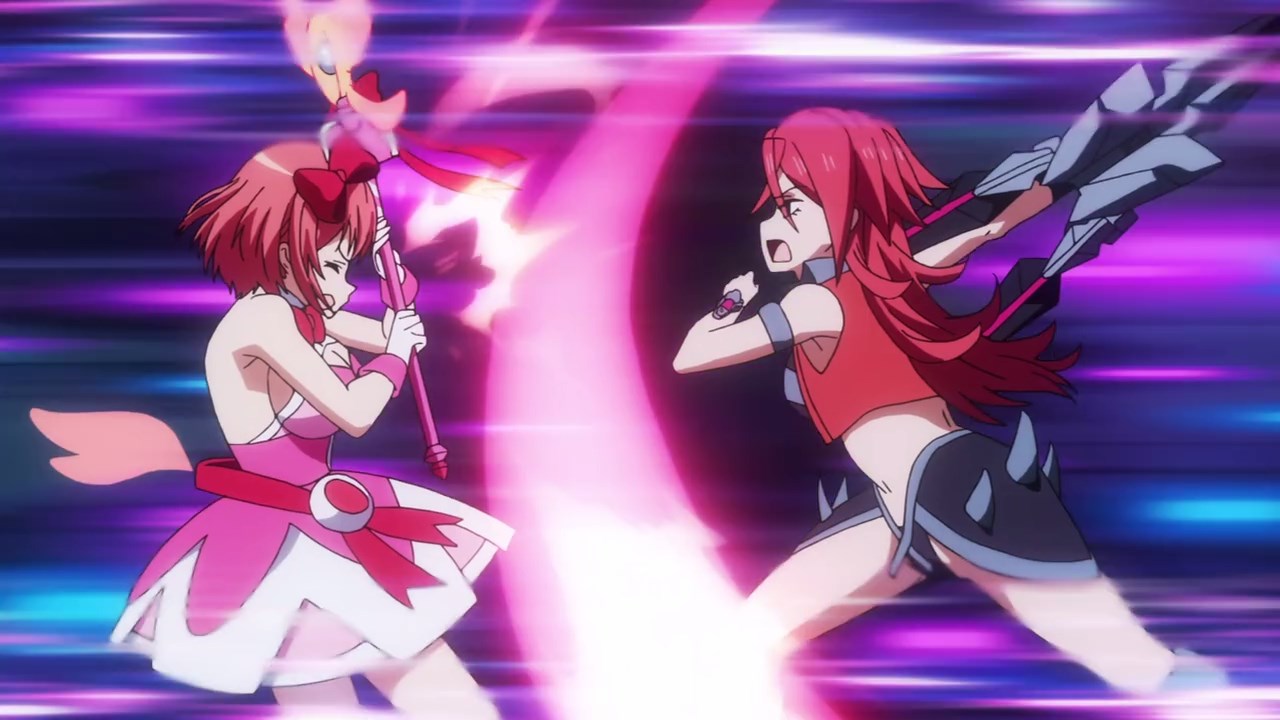 Unfortunately, Ex still insist on taking on Hirana despite being dazed and confused, not to mentioned that she’s really tired after trying everything against her rival. 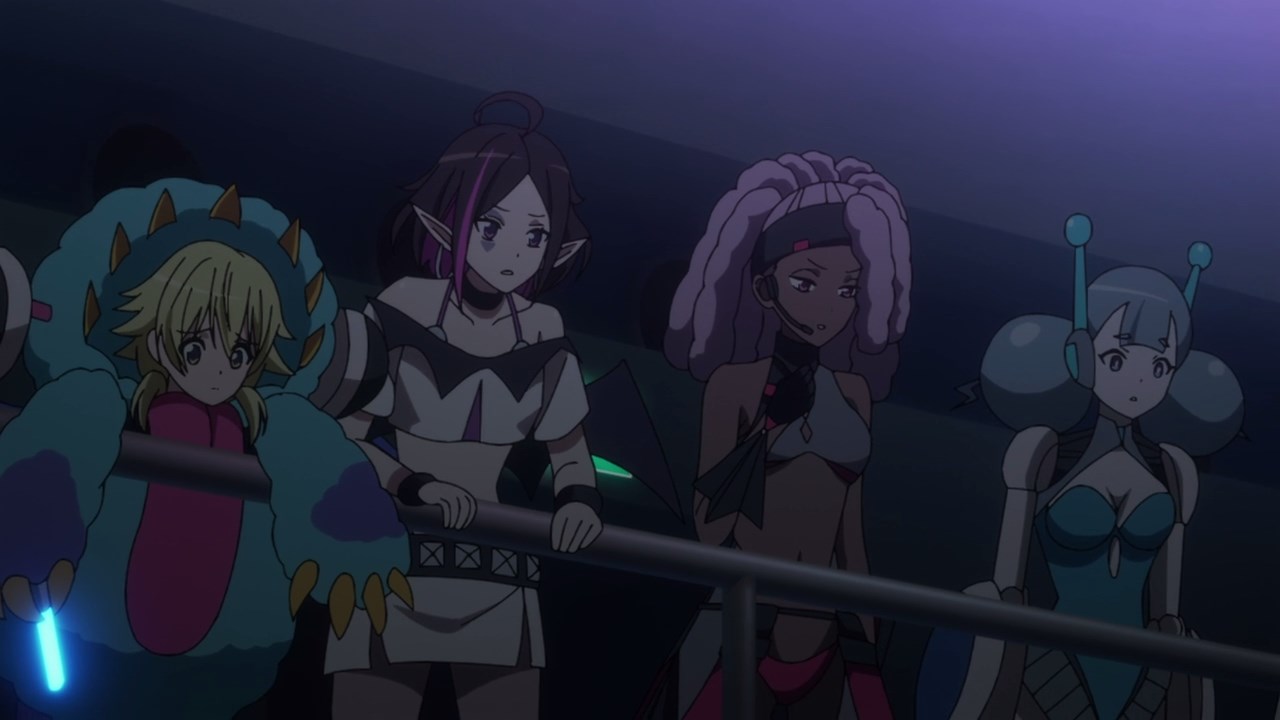 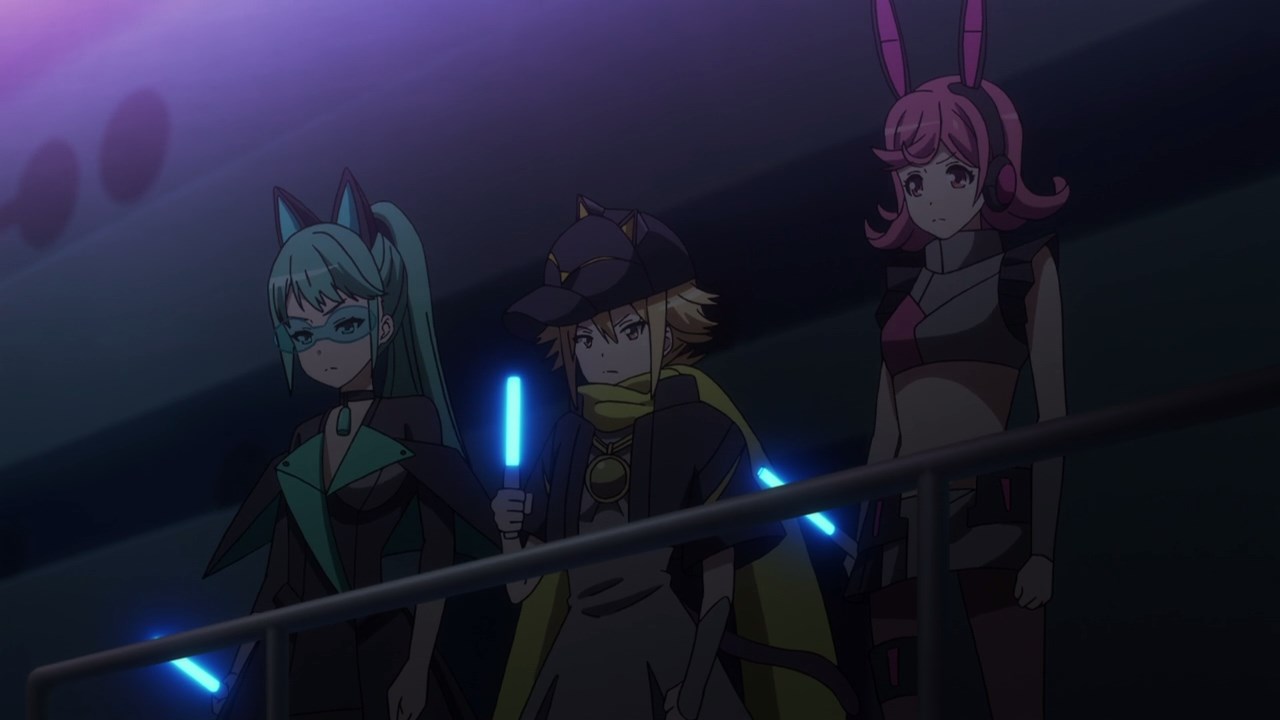 Meanwhile, the rest of them couldn’t bear to look at this impending massacre towards Hirana. This is no longer a typical battle, it’s a one-sided beatdown! 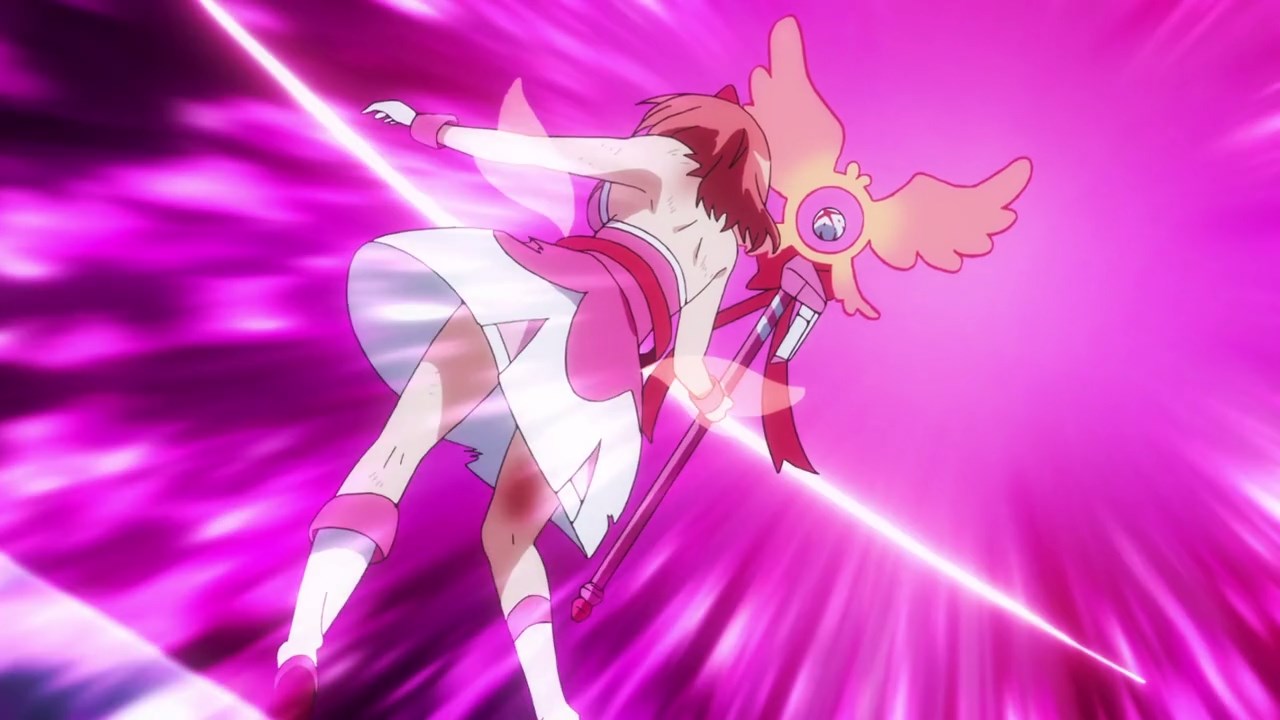 Seriously though, this episode has turned into a depressing one where Hirana helplessly getting clobbered by Ex. Heck, the audience doesn’t like this BATTORU that they left. 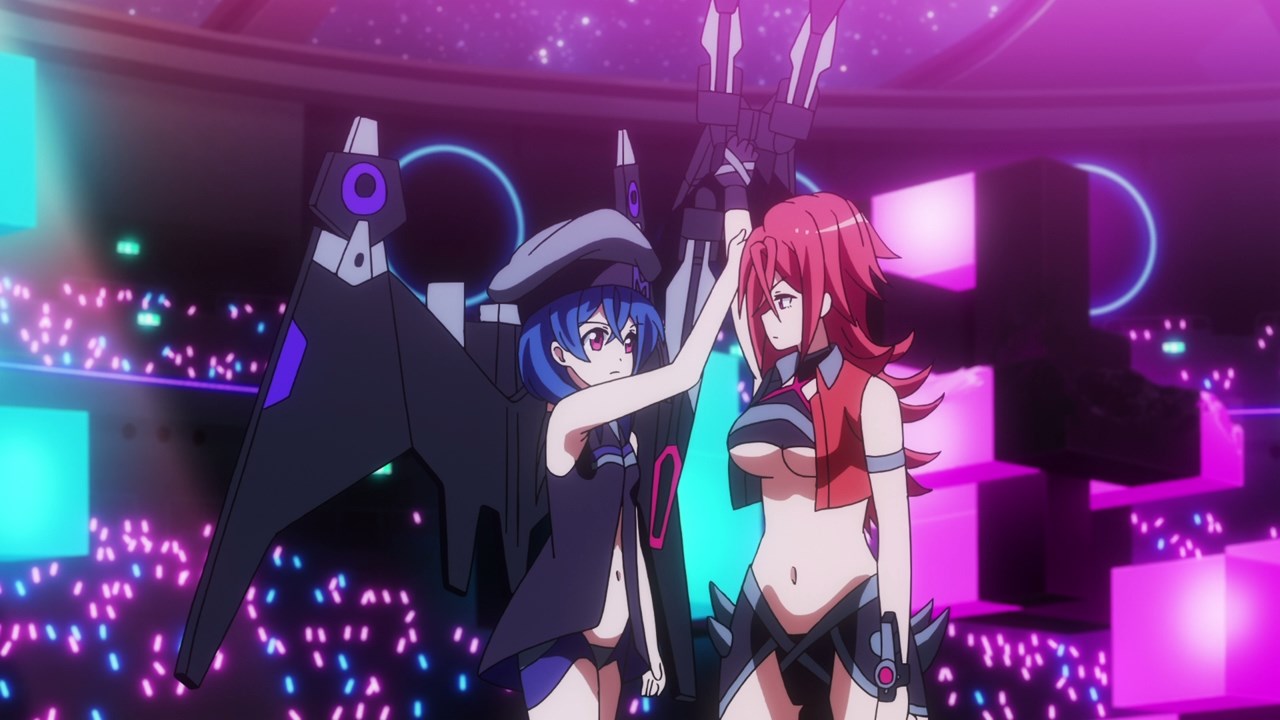 Fortunately, Machina managed to stop Ex from killing Hirana but despite her intervention, it’s really clear that she went too far. God, this is one dark episode in WIXOSS Diva(A)Live! 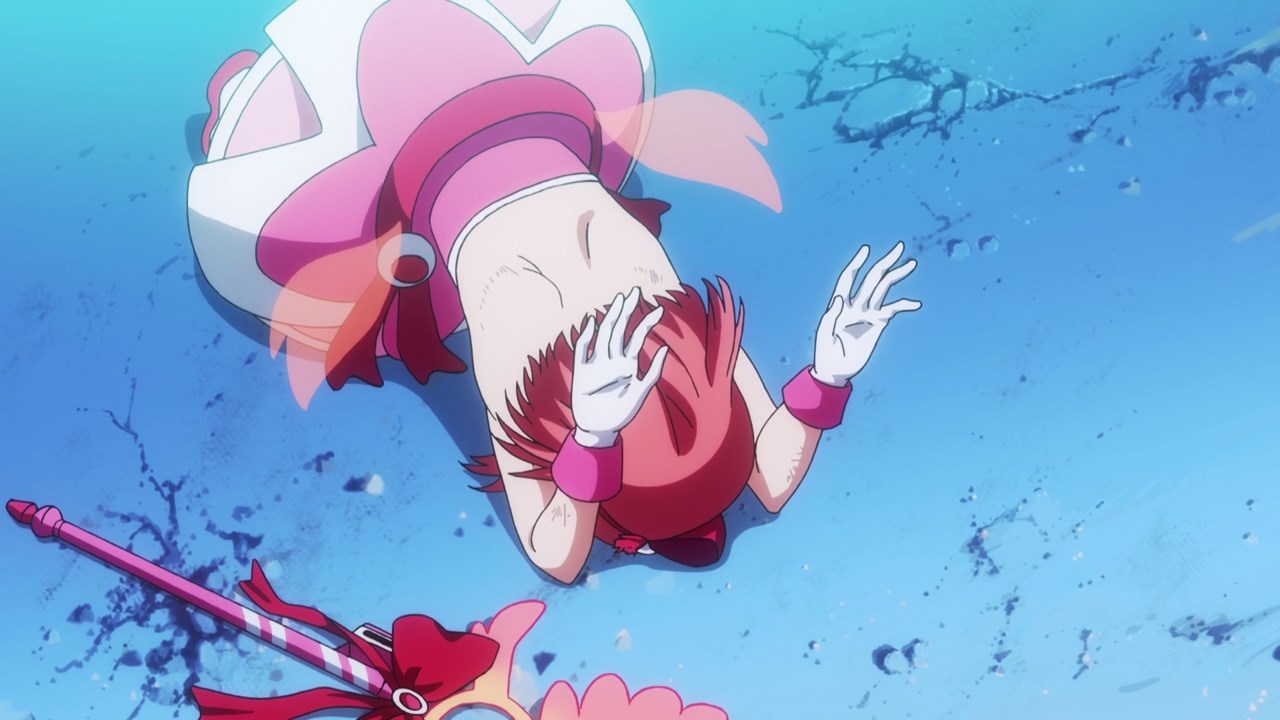 Now the only thing I’m worried about is will Hirana recover from that awful beatdown. Gee, seeing her like that is very depressing!

Anyways, with 2 episodes to go in WIXOSS Diva(A)Live, I feel that there won’t be enough time for No Limit to bounce back from that devastating loss.