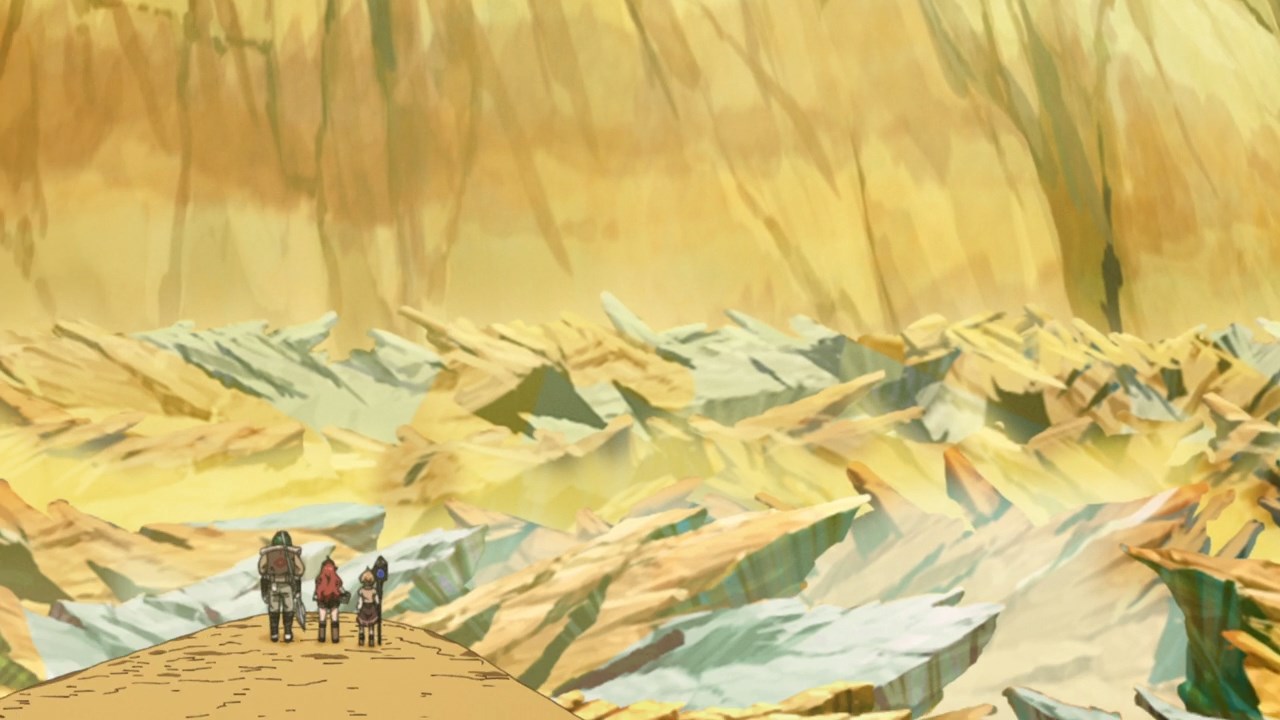 Well everyone, looks like Rudeus Greyrat is committed to survive in the demon continent together with Ruijerd Superdia and Eris Boreas Greyrat. Of course, the challenge will be entering the city without spooking the demons since Ruijerd came from the Superd tribe. 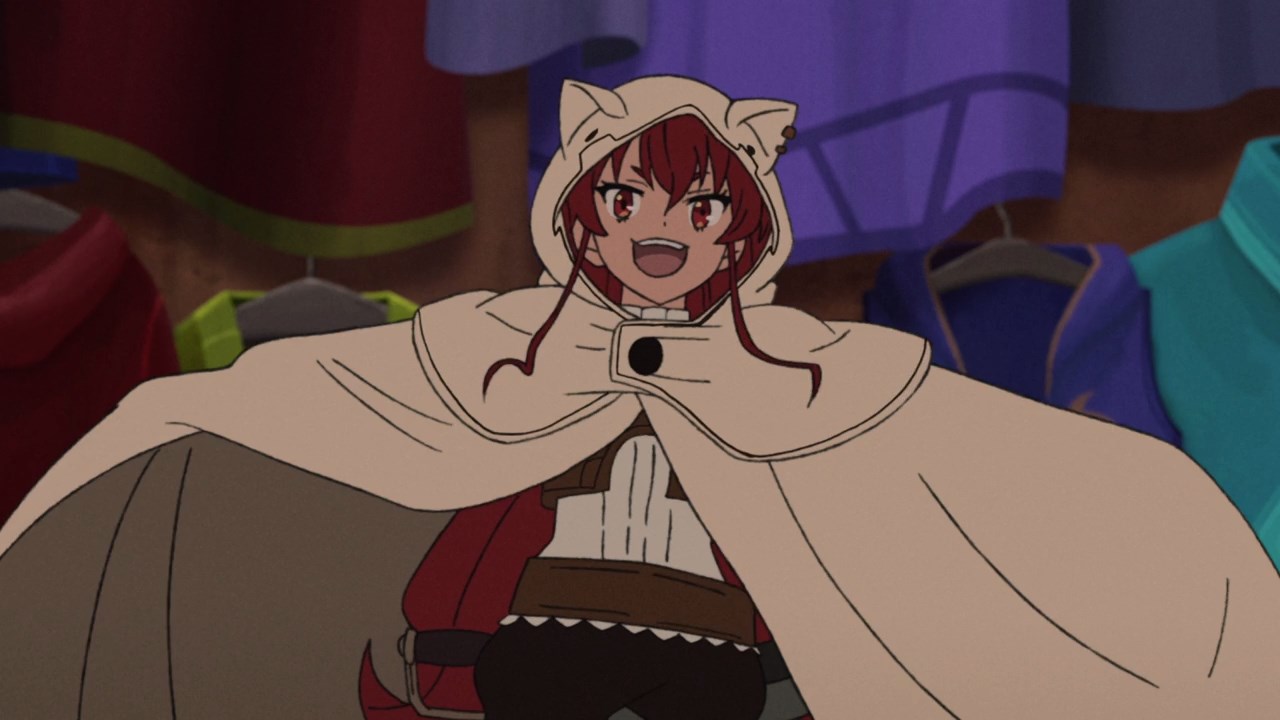 On the other hand, looks like Eris got some new clothes thanks to Rudy. However, they need some money if they want to stay at inns and buy food at the pub, so they went to the adventurers’ guild to register and take jobs there. 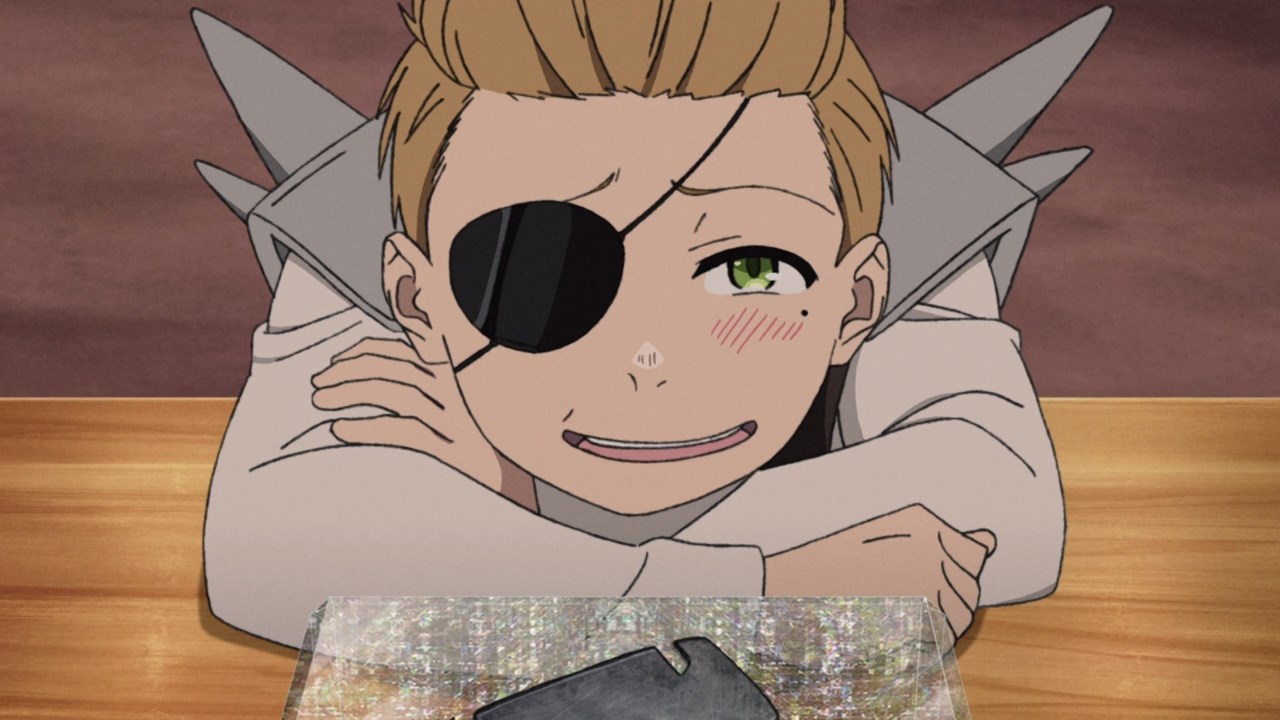 Oh yeah, as for the name of his guild? It’s called Dead End which is the lamest guild name ever! Still, I wonder what happened to Ruijerd since he can’t go inside the city due to his tribe’s infamous history? 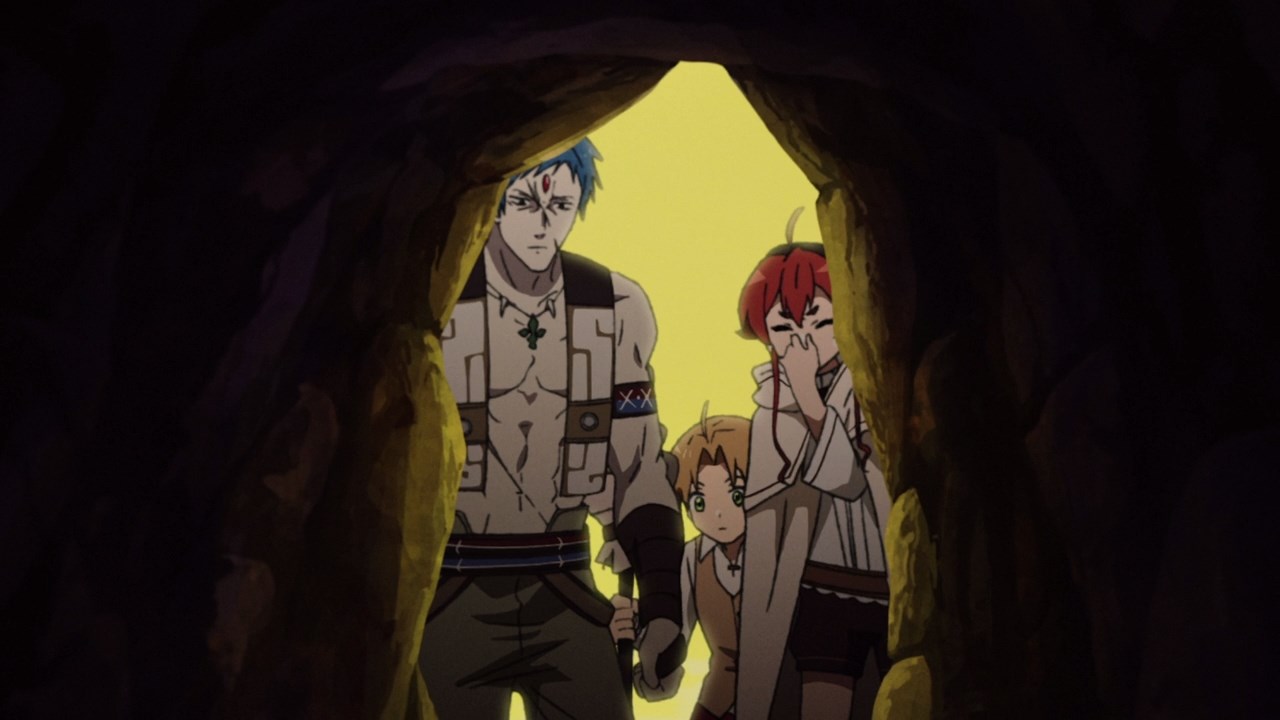 Well, Rudy dyed Ruijerd’s hair blue and told everyone that he came from the Migurd tribe. But anyways, they’re here to take their first job where Rudeus and the rest must save a lost cat. 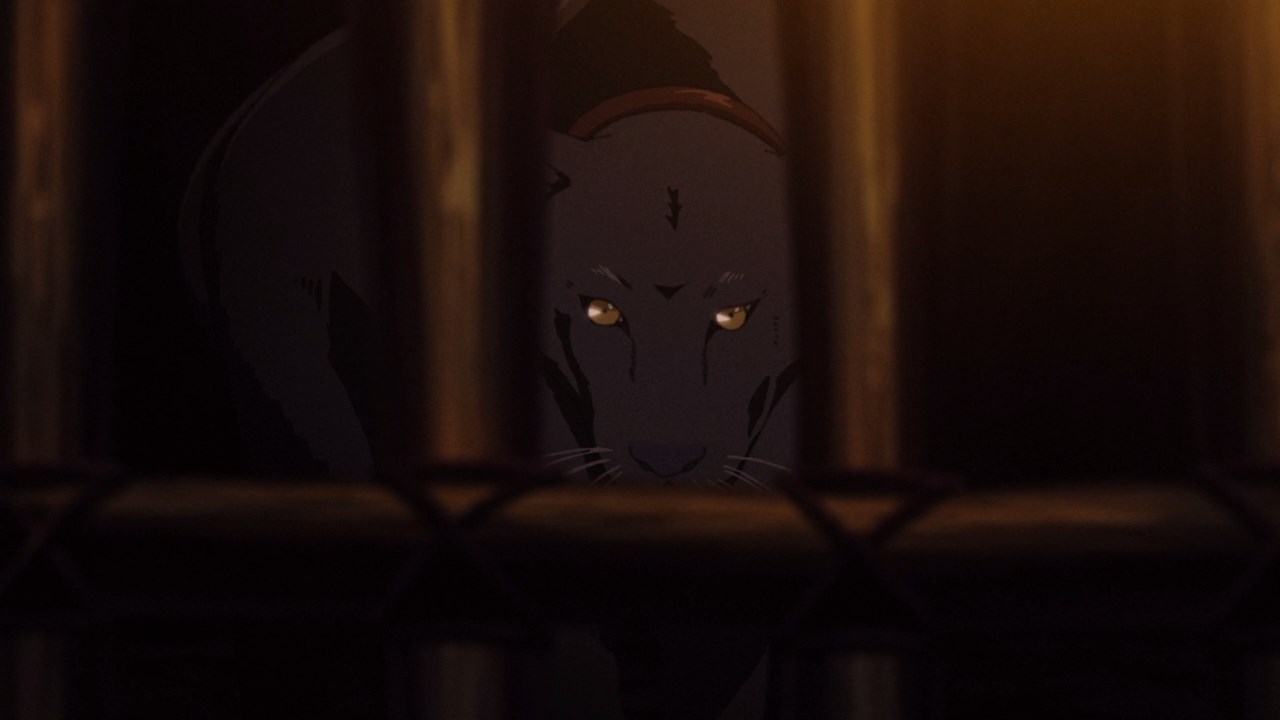 However, not only the saw a big cat but it’s kept in a cage. I have a feeling that someone is trying to sell these cats for profit. 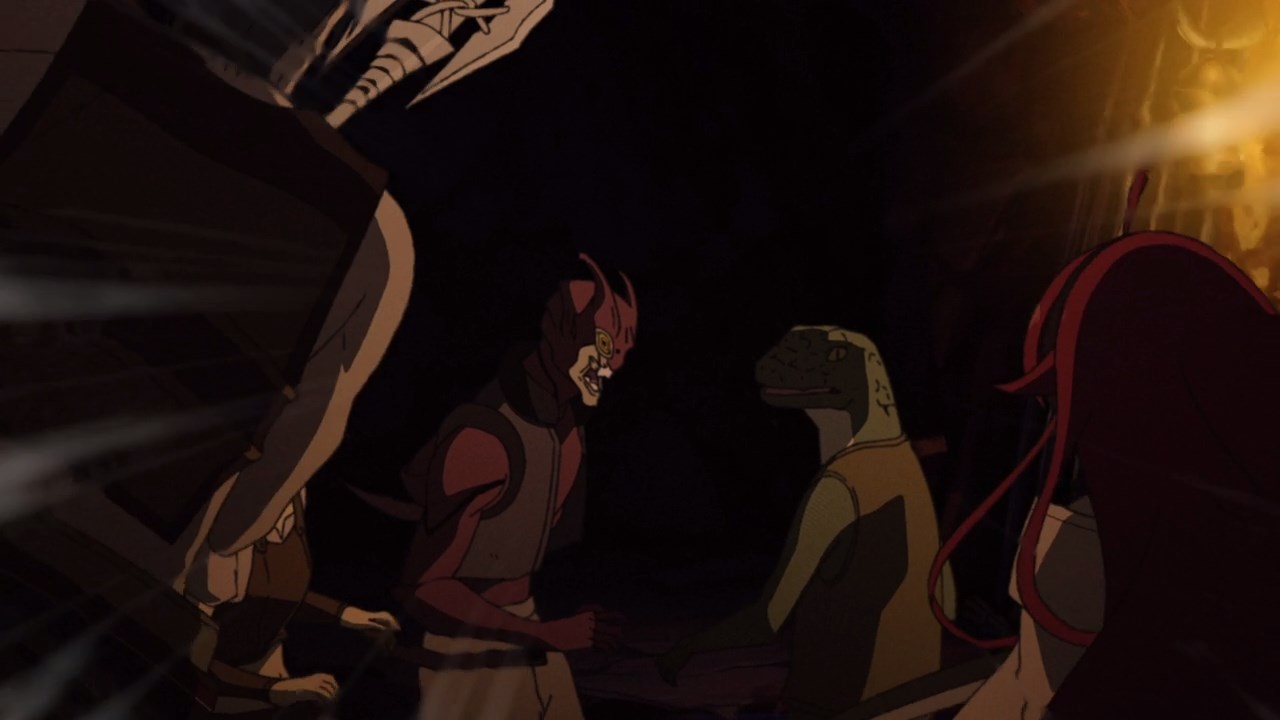 In any case, it appears that the perpetrators have appeared where they’re responsible for capturing those big cats. 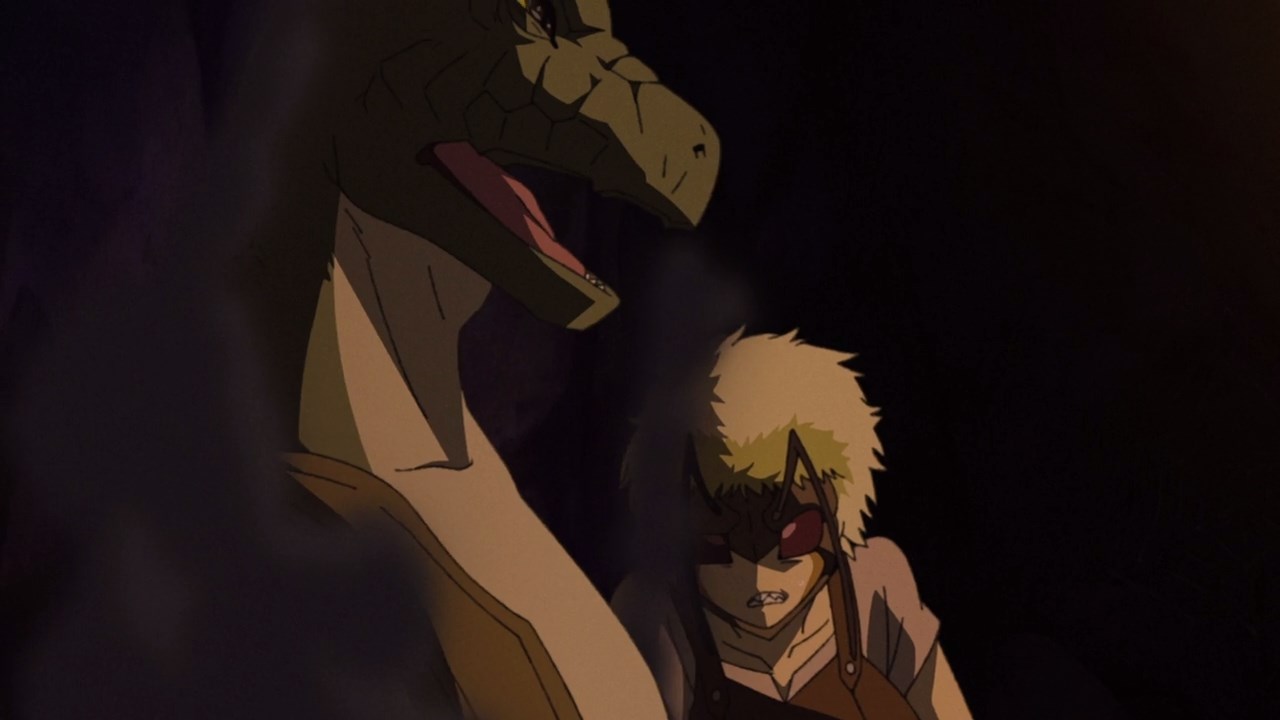 Then again, these goons are not so tough as Rudy and his party easily beat them. Of course, I wonder why are they trying to capture those cats. 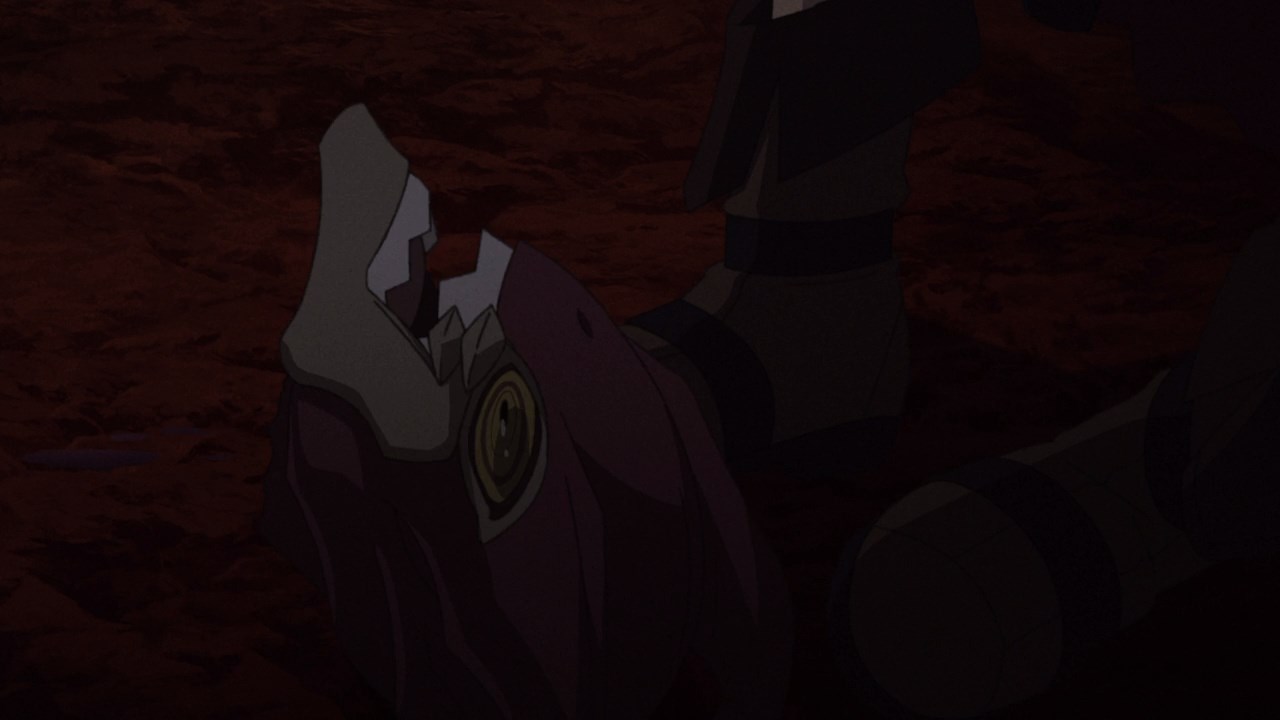 But just before they explain the real reason behind it, one of the goons named Lohman got beheaded by Ruijerd Superdia where he sees them as evil beings. Then again, I think he shouldn’t resort to violence ’cause his tribe’s reputation would get even worse. 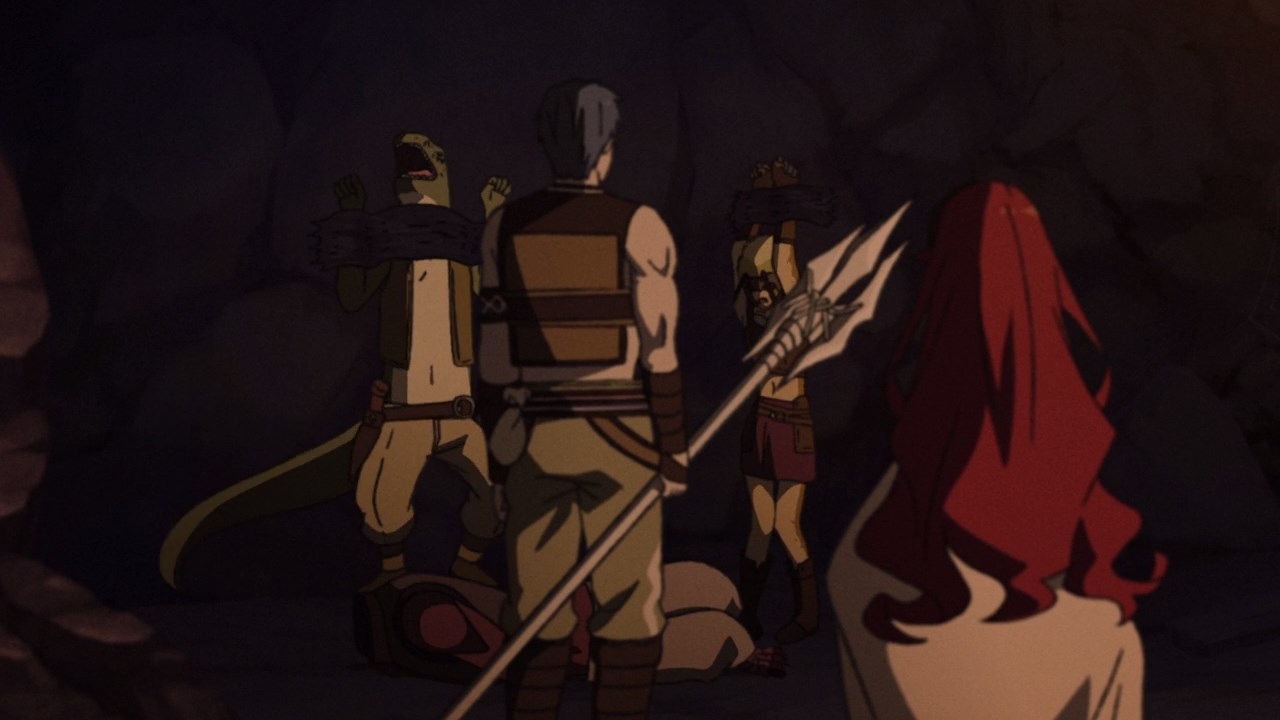 Anyways, it turns out that these goons are actually D Rank adventurers where they actually take F Rank jobs, especially when it involves lost pets. Of course, Ruijerd won’t let them live because of their evil deeds. 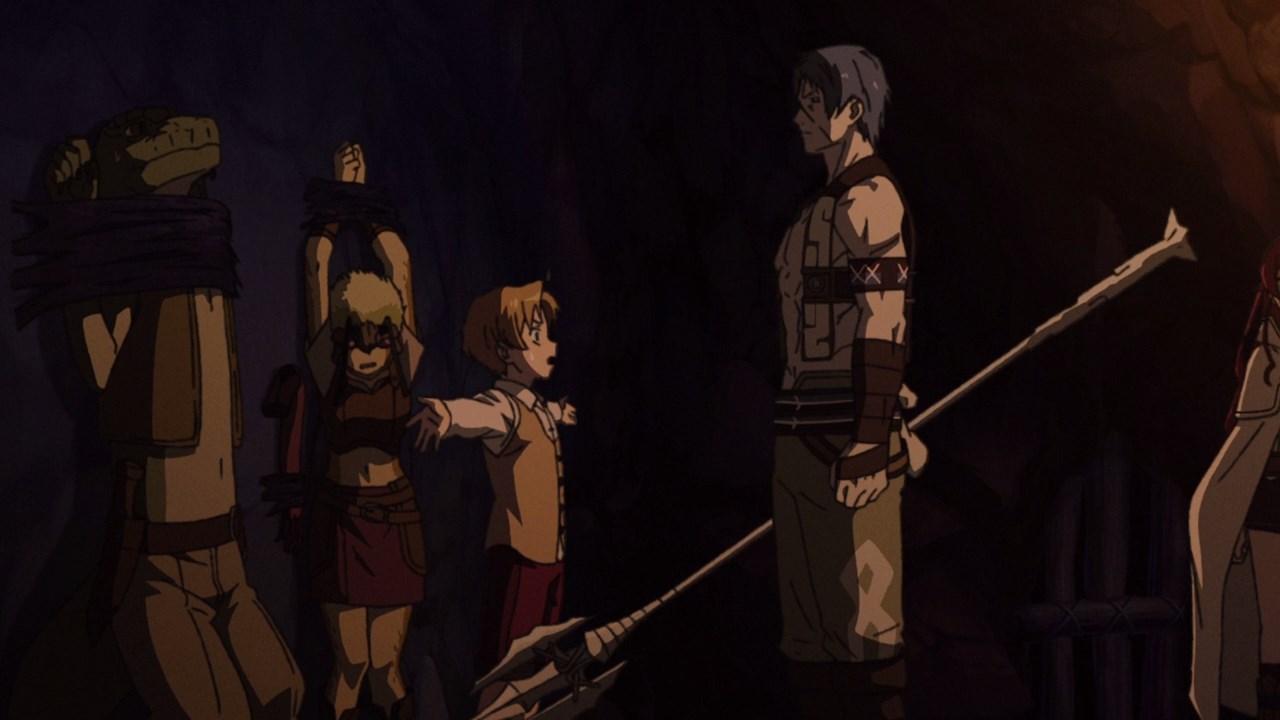 However, Rudeus doesn’t want Ruijerd slaughtering people just because they did bad things as he has a plan. I don’t know what Rudy is planning towards those adventurers, but I’m hoping that he can get some money to survive. 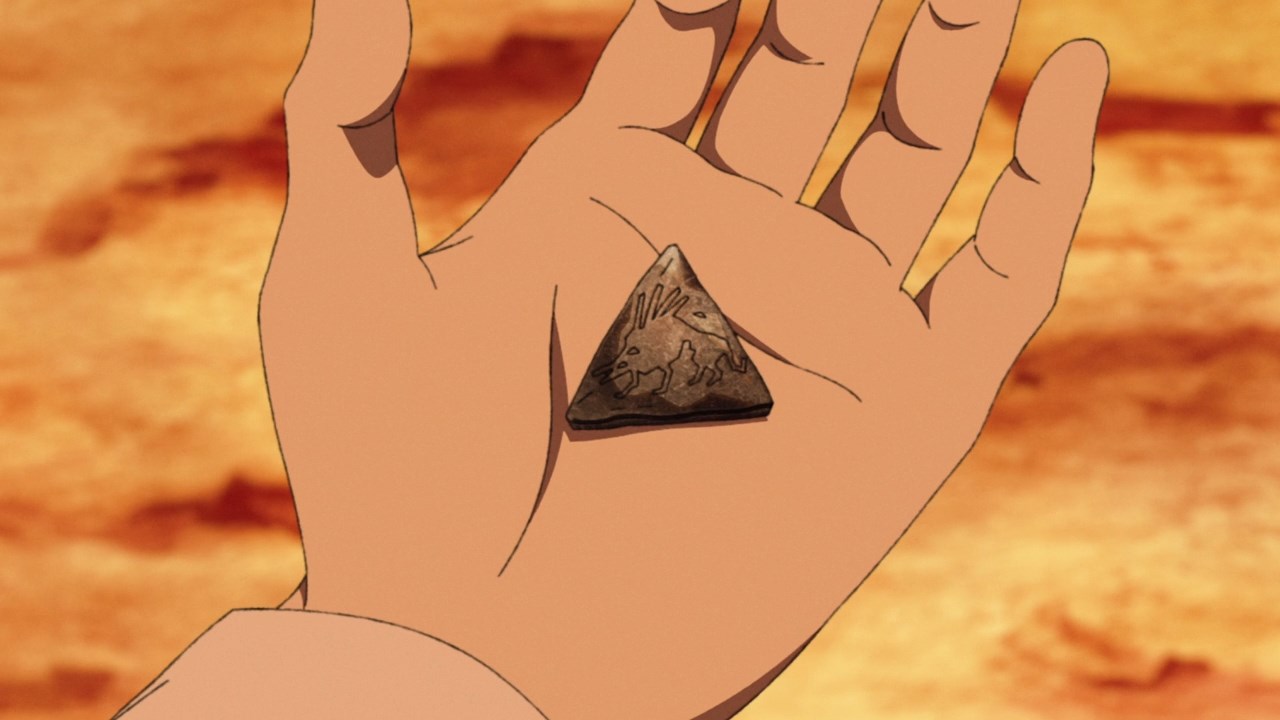 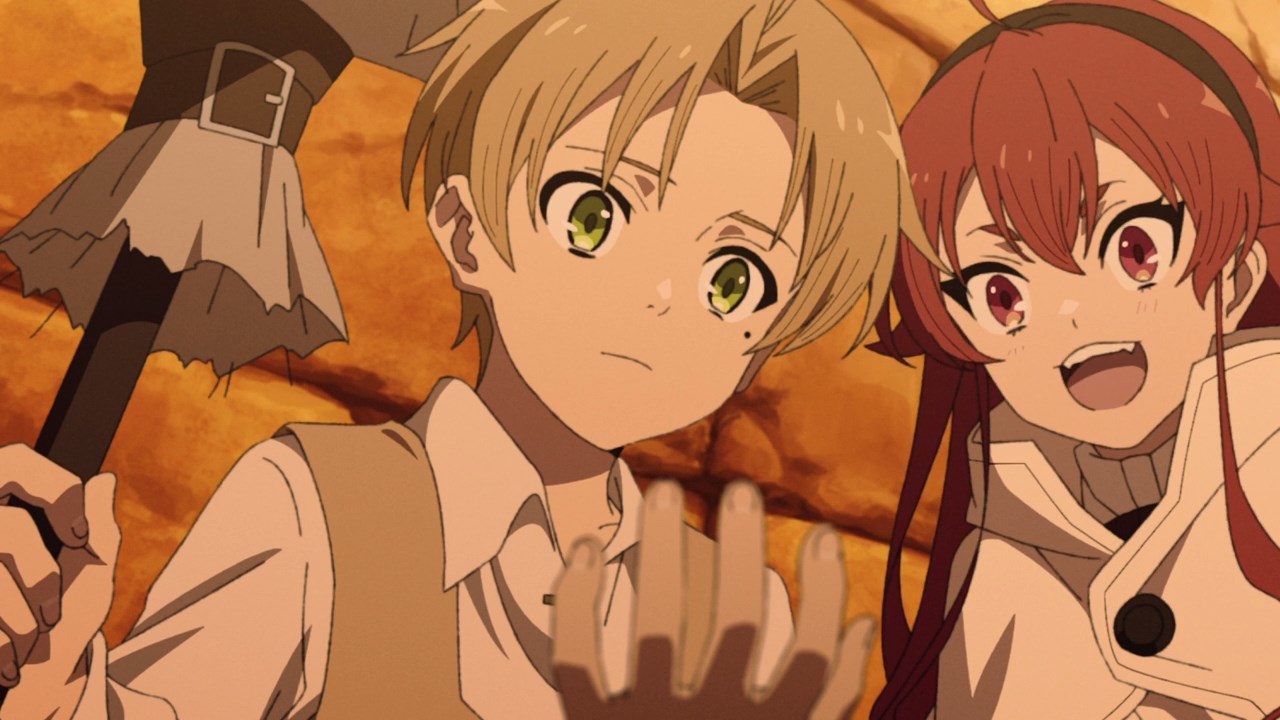 In any case, looks like Rudy and his allies completed their first job in which they got 1 stone coin, which is equivalent to 1 yen. Not enough to buy food or stay for a night at an inn. 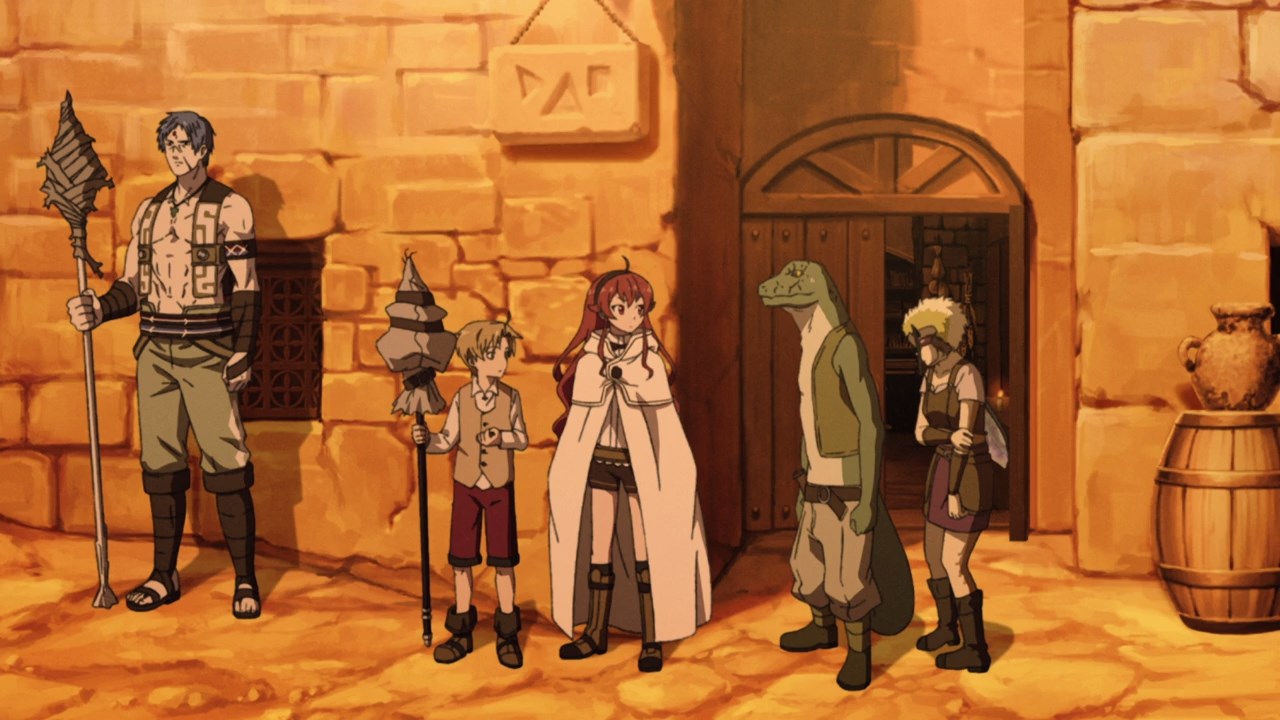 As for the D Rank adventurers, Rudy told them to join his party and take C Rank jobs, all while he and his pals take F Rank jobs. That way, they can get lots of money for all of them.

And that’s about it for this episode where I feel that Rudeus’ plan might not work for him in the long run. Even if those adventurers got killed should they betray them, Rudy and his allies are struggling to get some money.

Of course, there’s one more episode to go and I have a feeling that Rudy and Eris will be stuck in the demon continent for the time being instead of returning to the human continent. So yeah, let’s hope for the best on those kids!