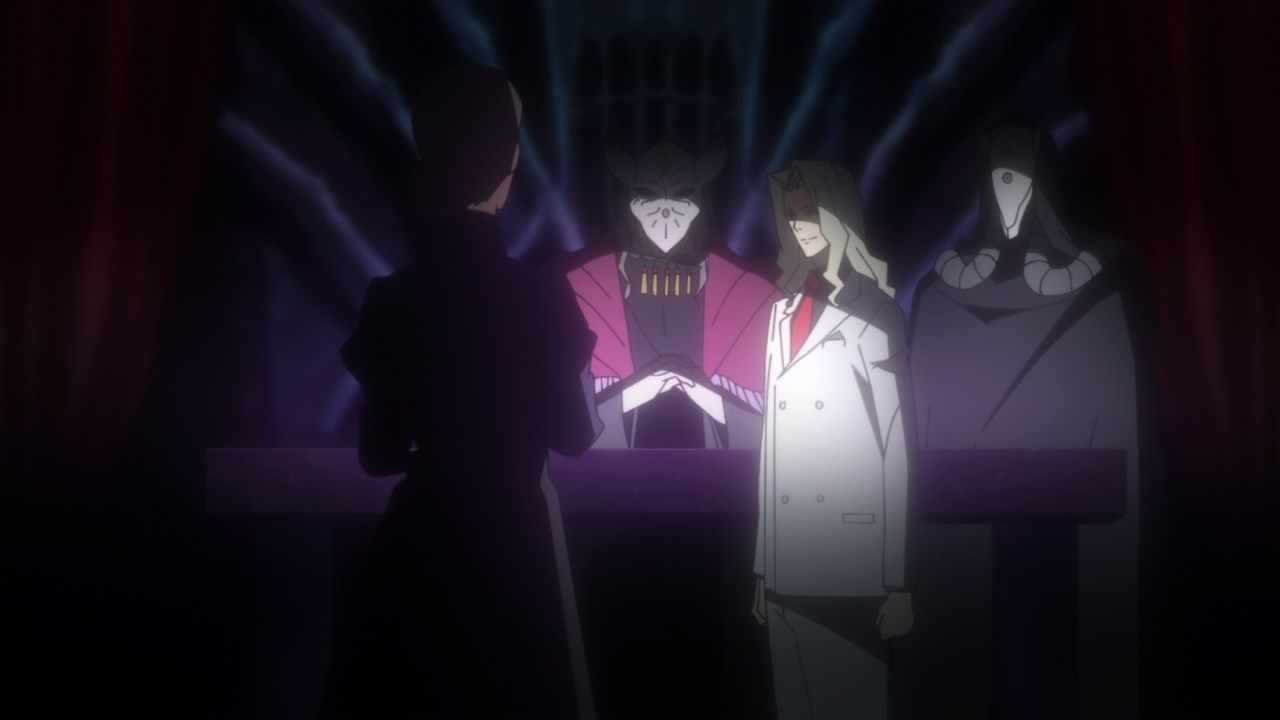 Hey everyone, it’s Peter Ratri where he’s discussing his bosses about his plans to create high-quality human meat by drugging them, although the demons still reprimand him for letting one of the Lambda facilities destroyed in addition of letting the children escaped.

On the other hand, a certain caretaker has entered the scene where it appears that she became a grandmother. 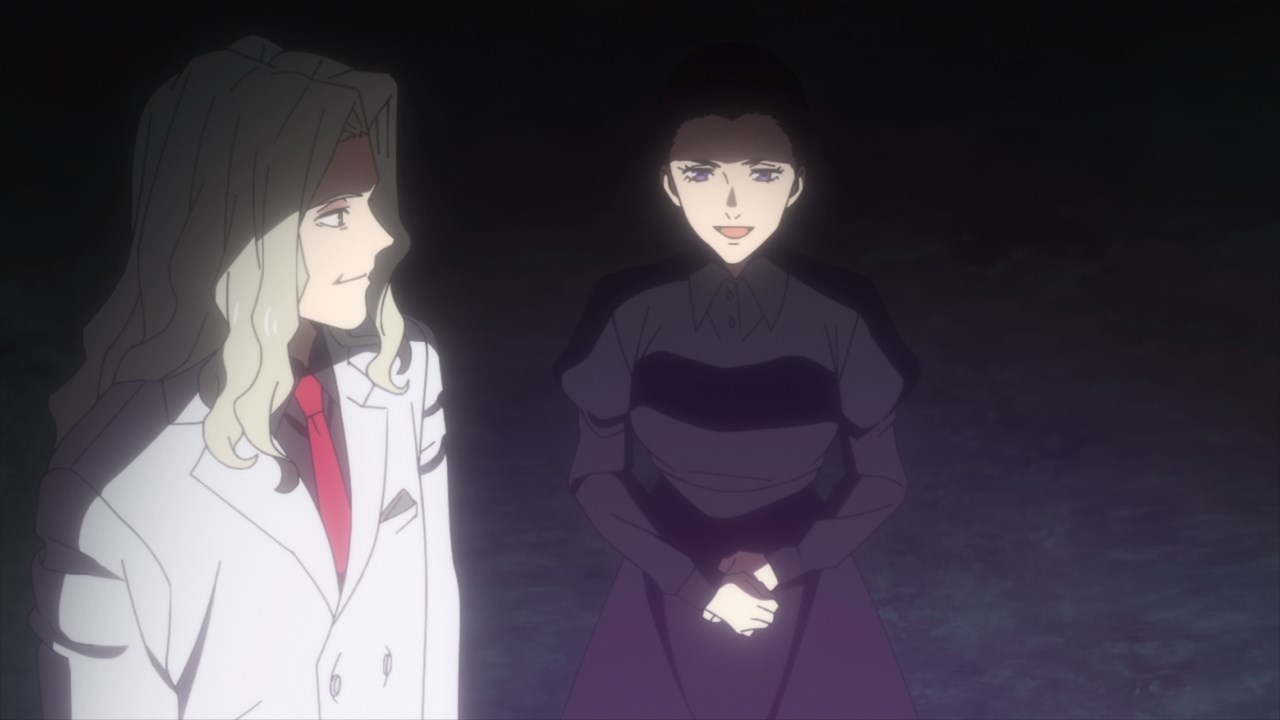 That’s right, it’s Isabella where she wants her children back so she can please the demons by turning them into meat. Man, this is getting worse but how will they bring Emma and the rest back to the farms? 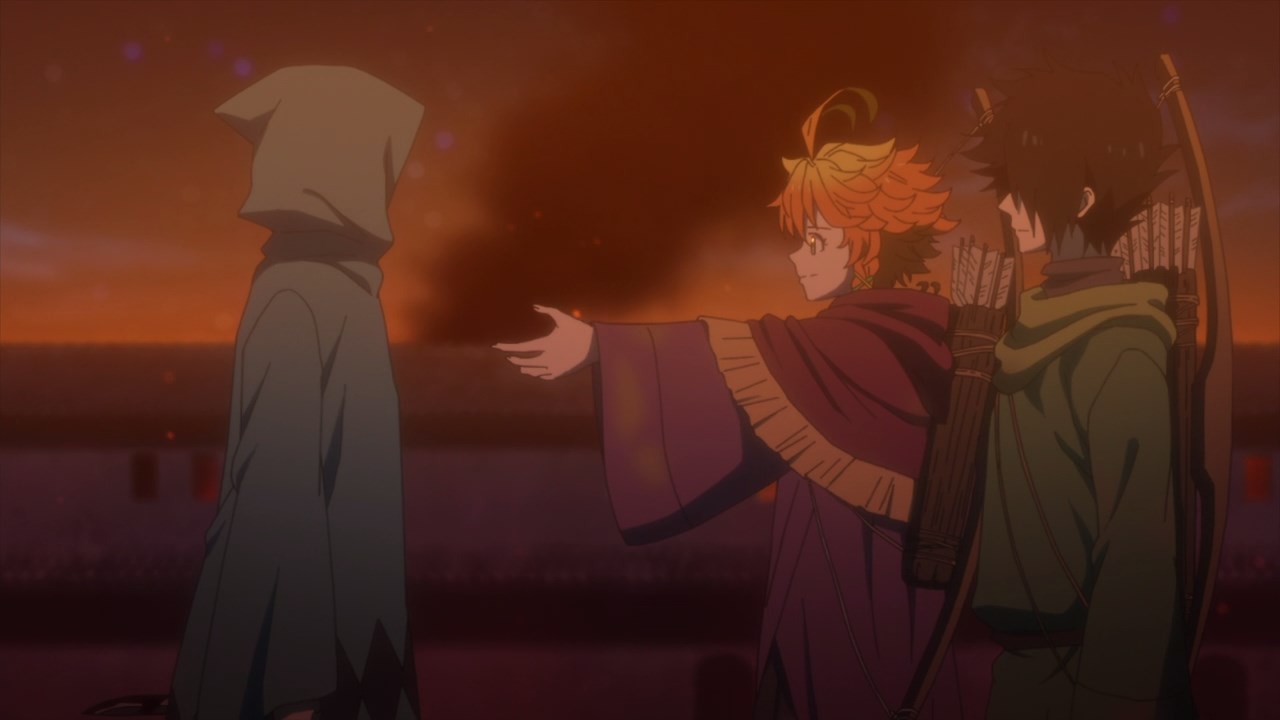 Speaking of Emma, looks like she’s trying to save Norman from becoming a ruthless human as she and Ray doesn’t want him to carry the heavy burden. Besides, Emma wants a world where demons and humans can coexist, even though it’s unlikely to happen. 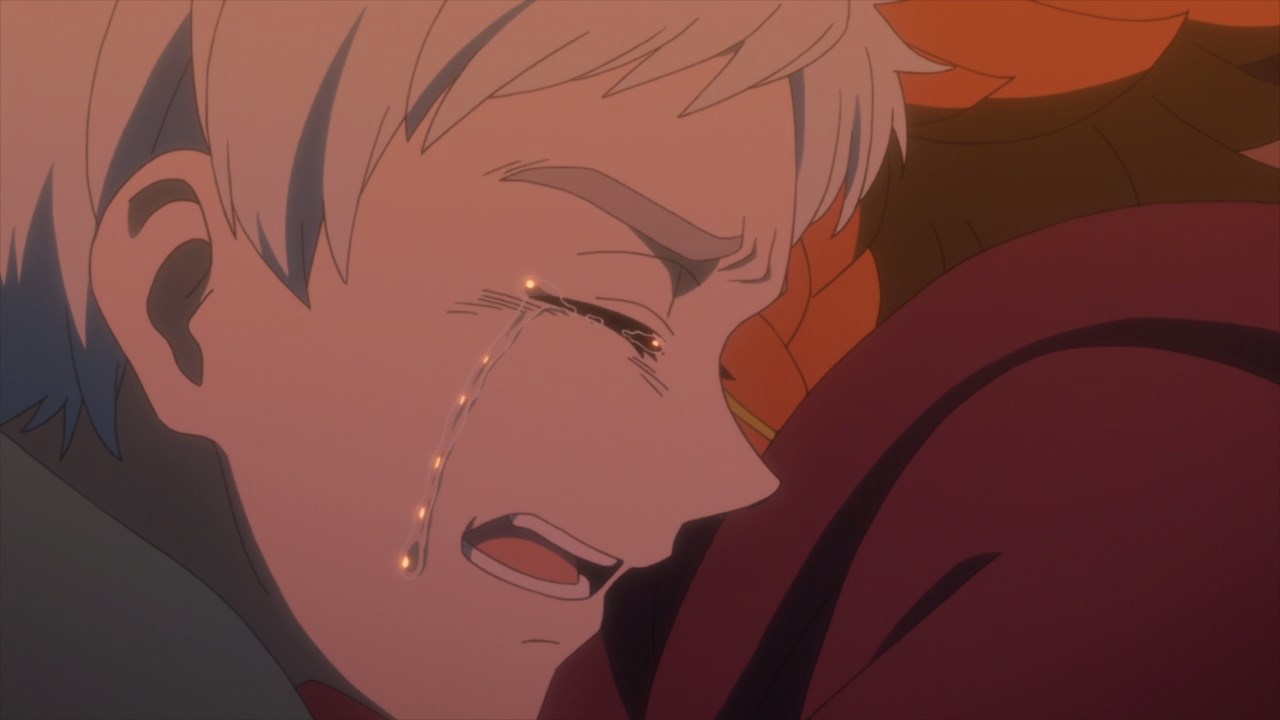 Still, it appears that Norman decides not to kill every demon on sight as all he wanted was to save everyone, including his fellow escapees from the Lambda facility.

And speaking of Norman’s allies from the Lambda facility, it’s revealed that their lifespan was shortened due to various experiments being committed by demons in order to produce high-quality human meat. 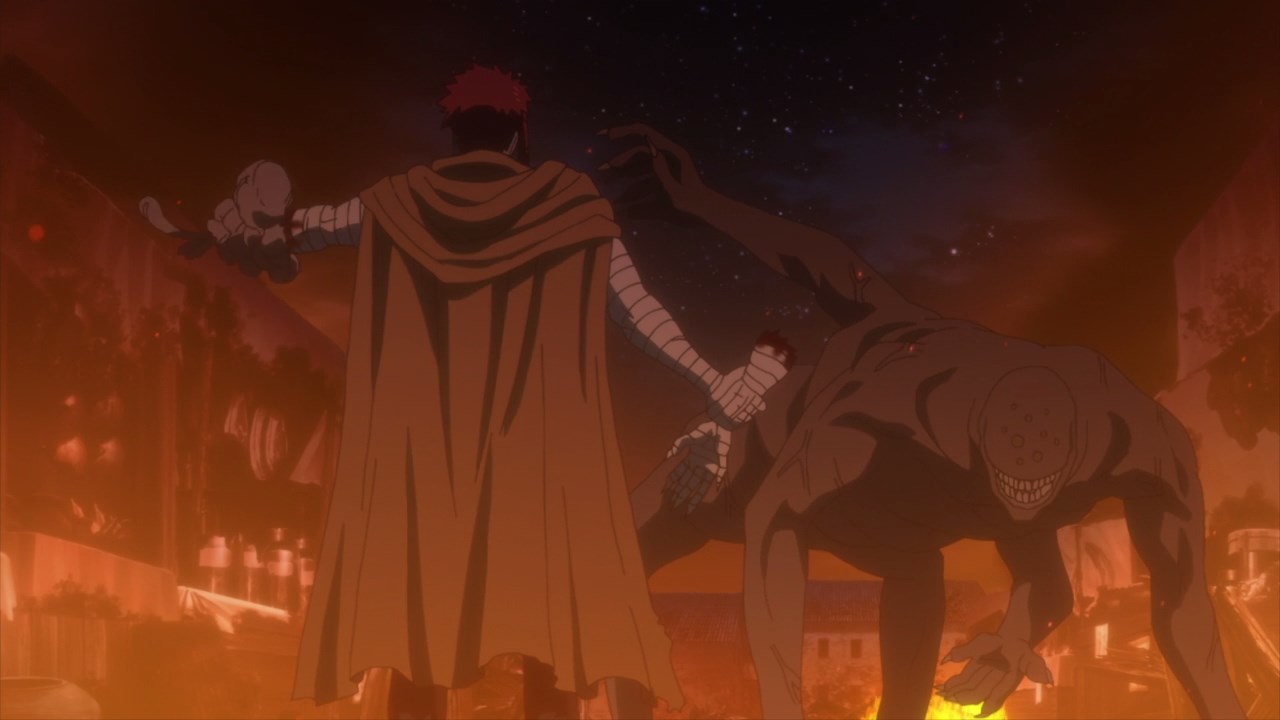 Now then, it’s time to save the demons who are losing themselves due to the degeneration drug. That’s until Sonju cuts his left arm in which he’ll throw at the rampaging demon. 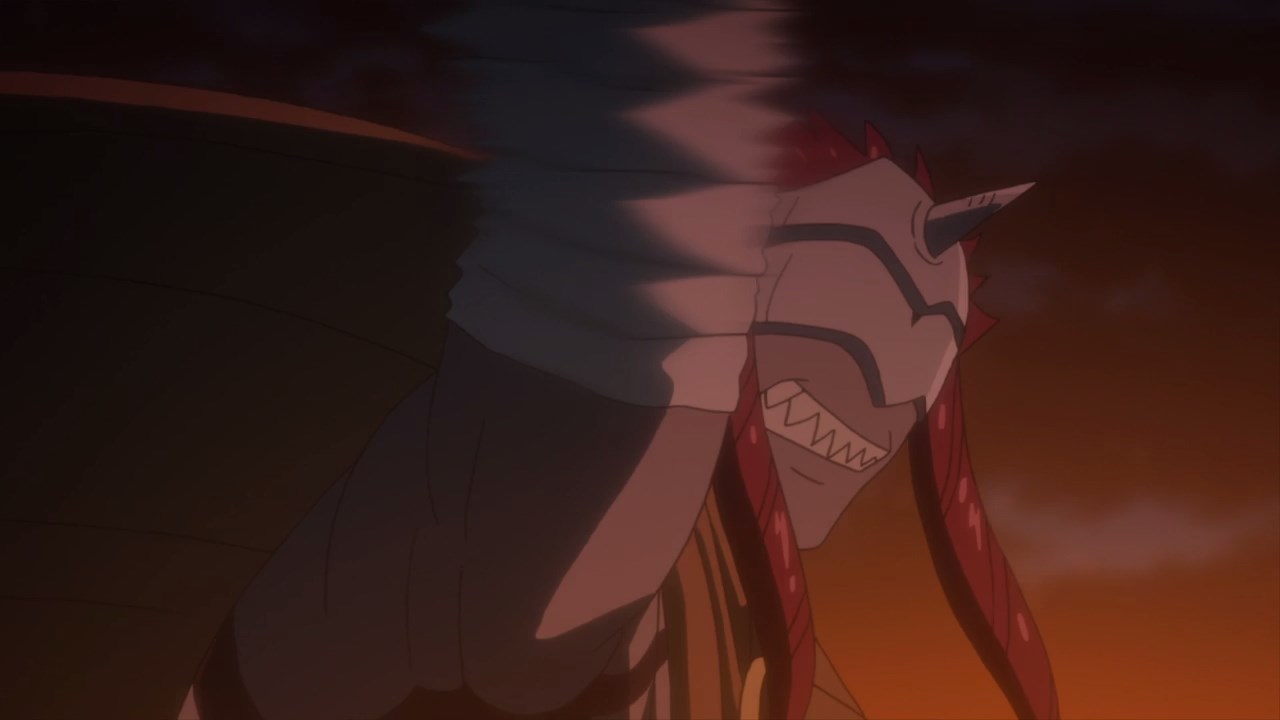 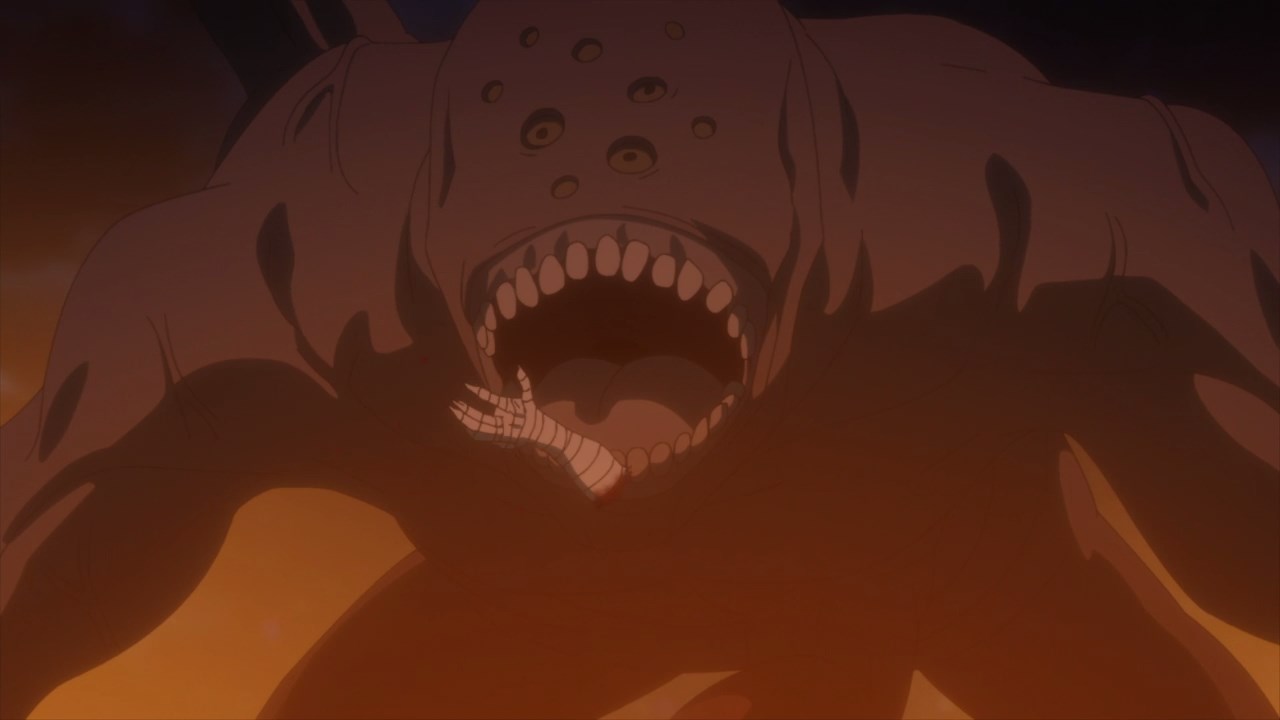 Oh yeah, since Sonju has Mujika’s blood, he can reverse the degeneration by letting this demon eat his arm. 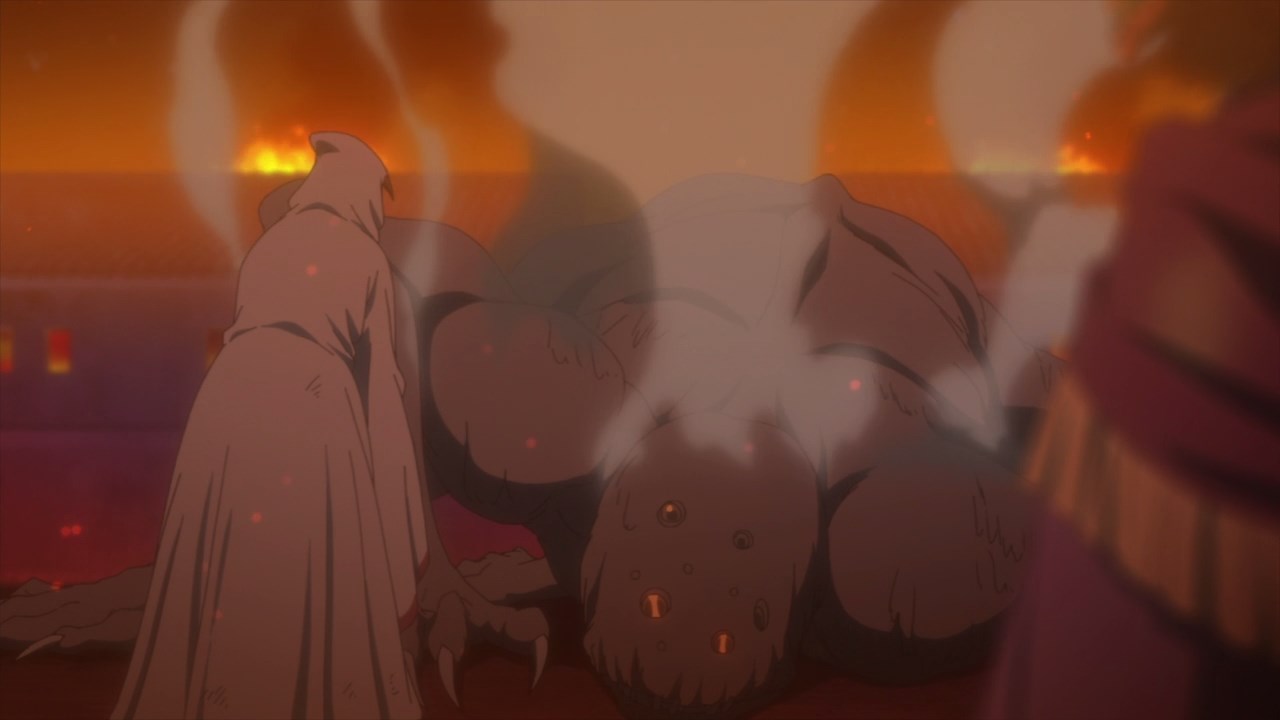 And as you can see, this demon is gonna mel- I mean, returning back to its intelligent self thanks to Sonju’s arm.

Well then, I have to say that the demons will be restored thanks to Sonju and Mujika, although I think Norman and his fellow escapees will have to escape ’cause the demons might think that they attack the town. 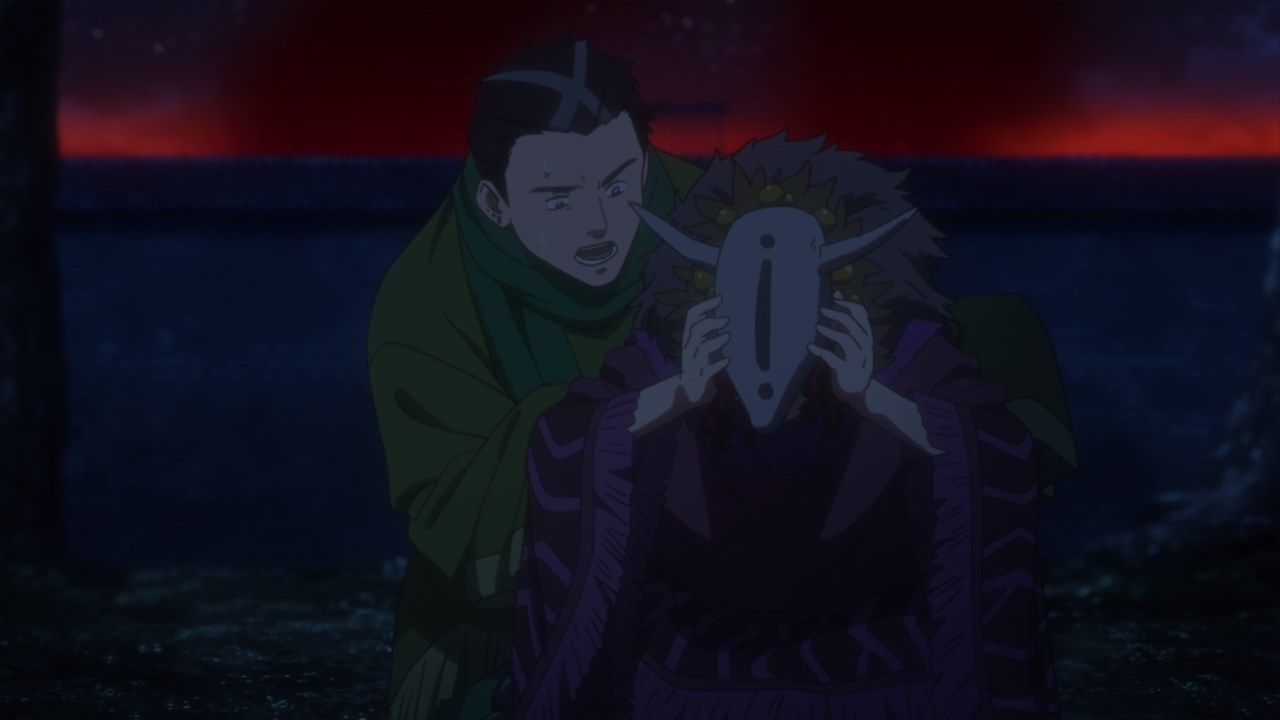 Unfortunately, some of them are continuing their crusade on murdering demons, although Barbara got another nasty headache that Cislo tries to calm her down, even as far as giving Barbara some medicine. 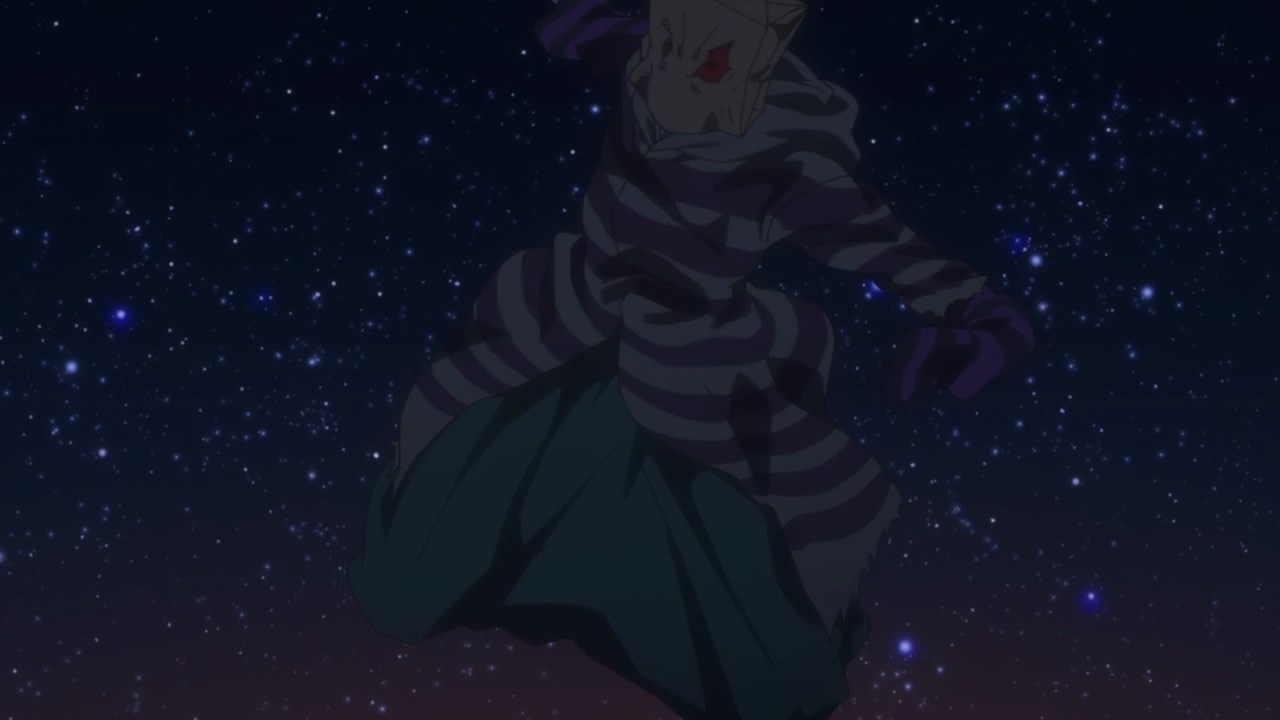 Meanwhile, here’s Zazie where he’s about to kill demons with his sharp blade, regardless of whether the demon is a child or an adult. 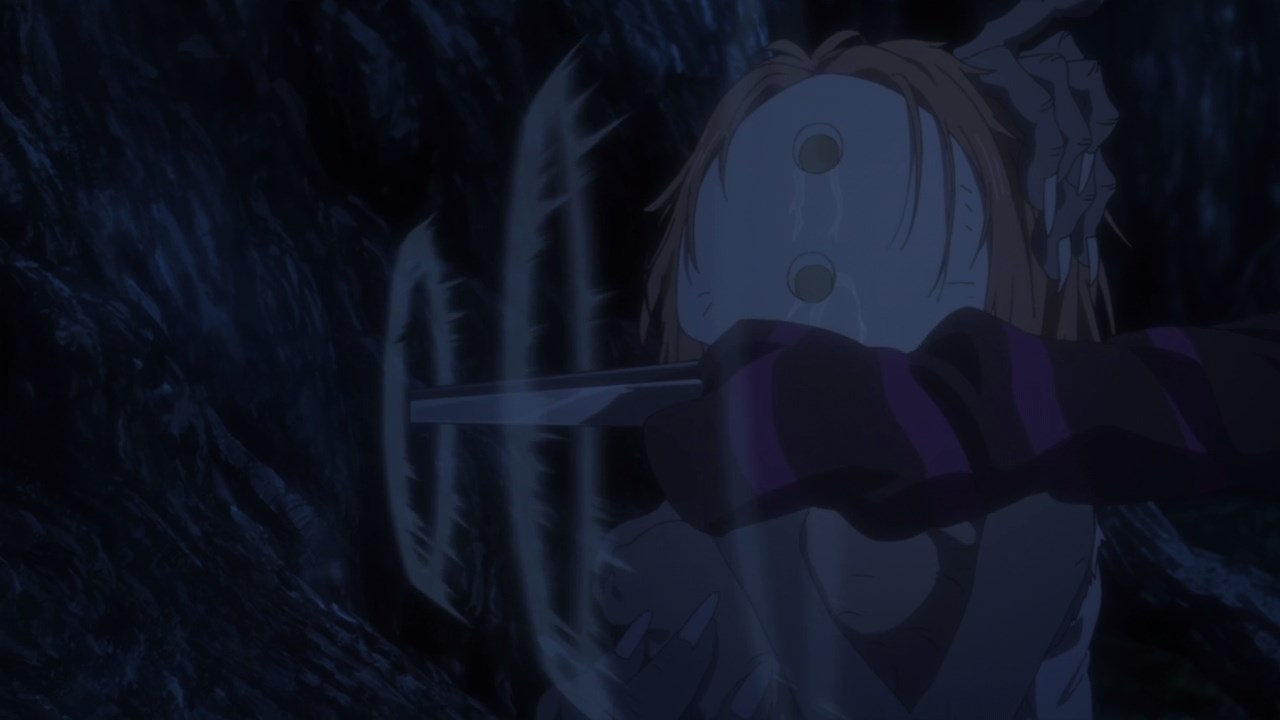 However, Zazie missed in which he heard Norman’s voice, telling him to stop murdering the demon. 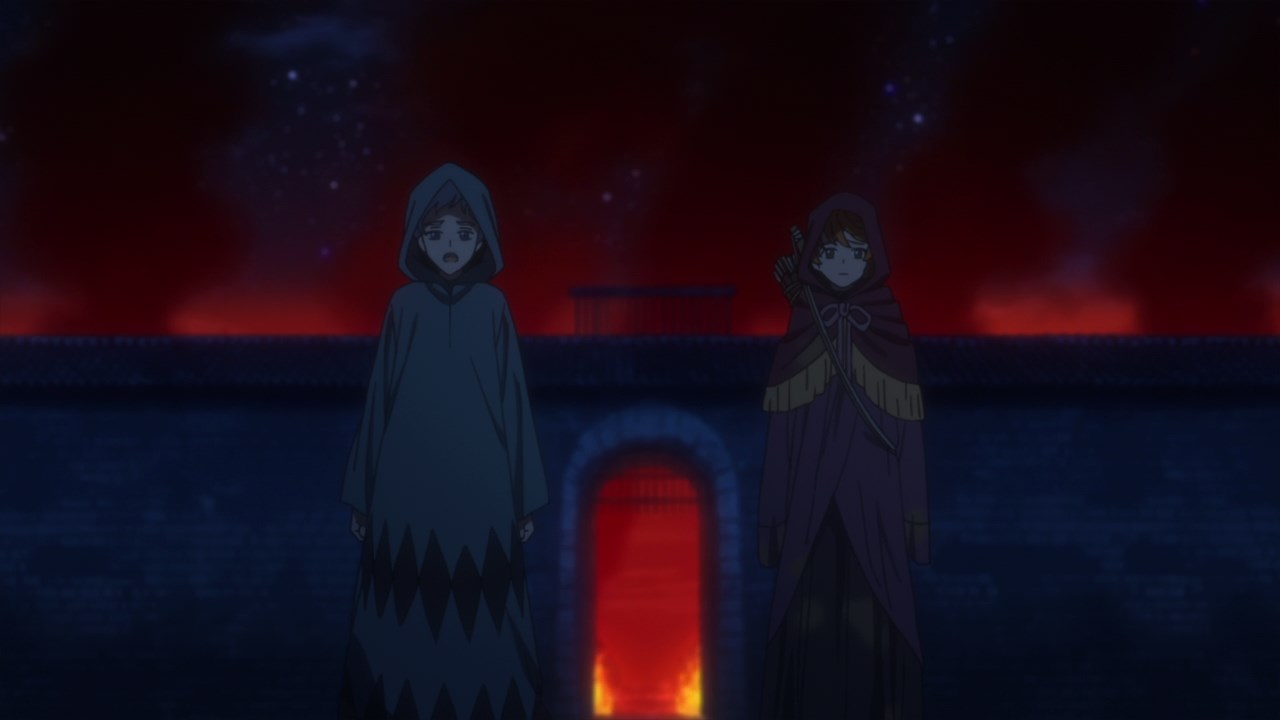 In any case, they’re done messing around the town as Norman told everyone to escape. It would be bad if the demons found out that a town was attacked by human kids. 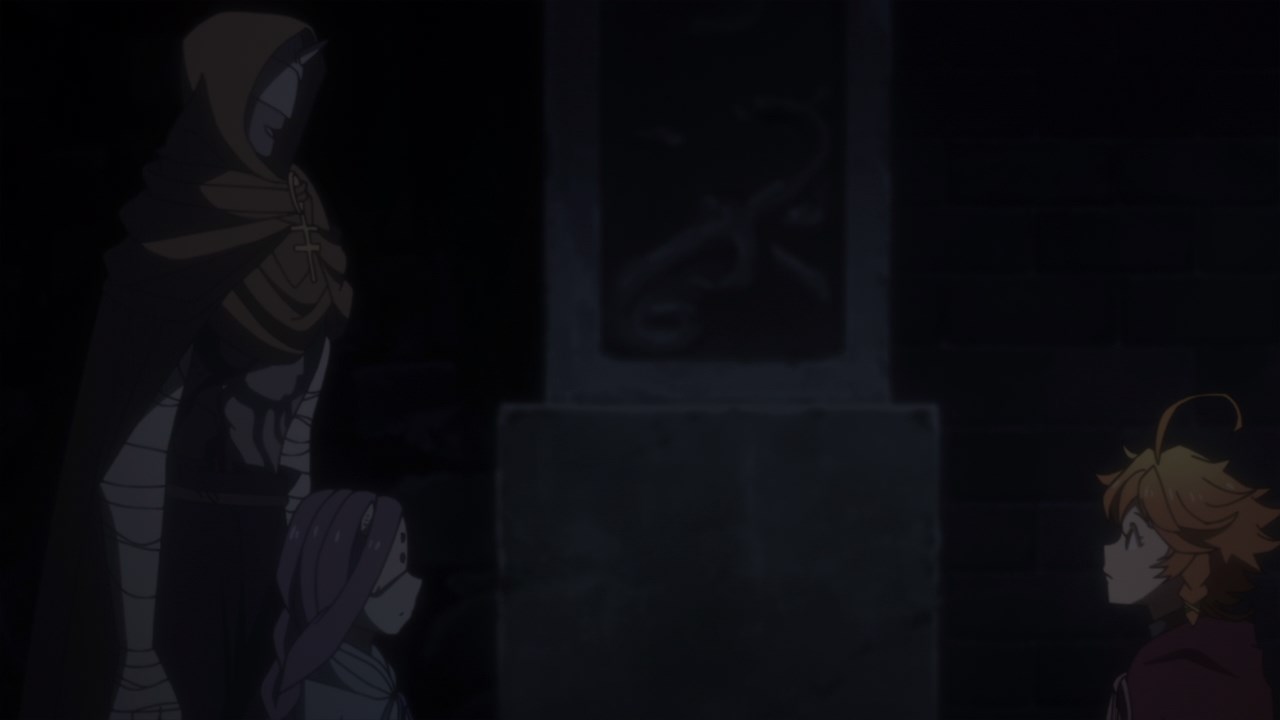 Oh yeah, looks like Sonju and Mujika has decided to help the kids out instead of planning to eat them as the situation has changed. C’mon, Emma and her fellow escapees lost their bunker after those humans attack them.

However, it gets even worse because there are news that Phil and the rest of the children from Grace Field are being shipped out to another Lambda facility, meaning that the kids will be drugged until their bodies mutate. Then again, it could be a trap. 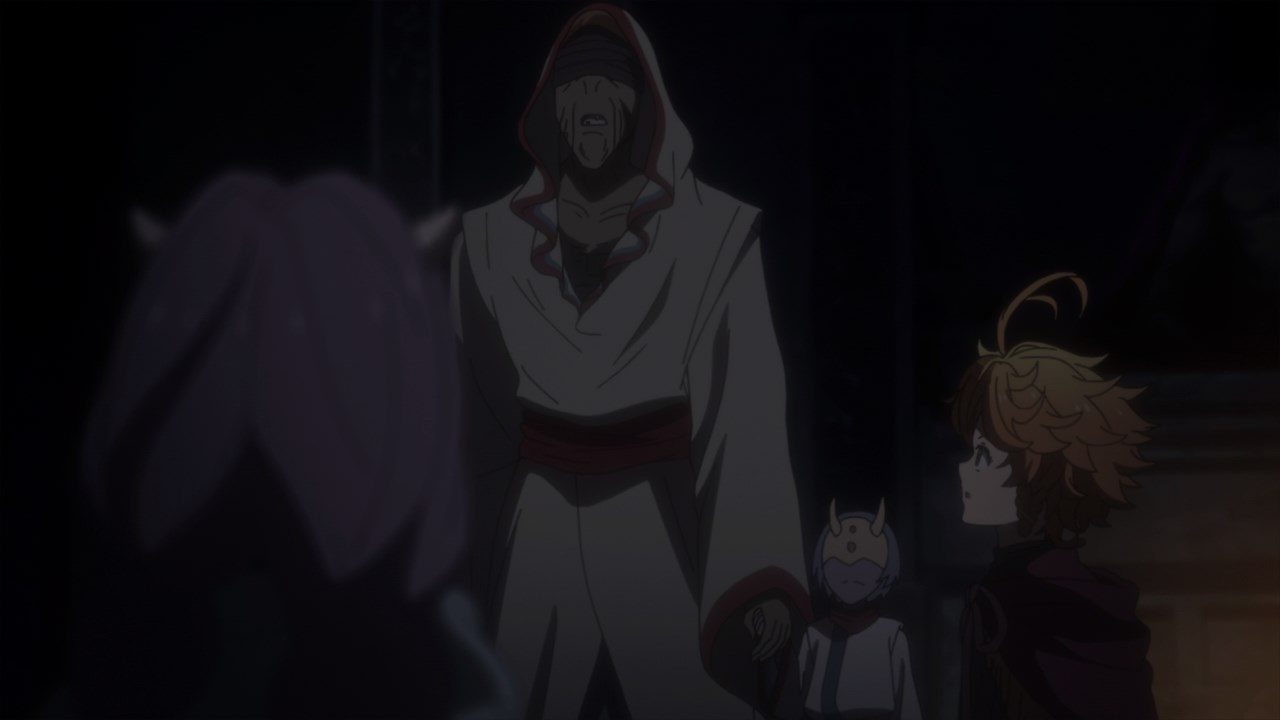 One more thing, looks like this elder demon wants to talk to Mujika as he revealed himself to be one of the surviving demons who received her blood.

Oh, and he calls himself as Vylk where he wants to share something to Emma in regards to a certain human he found (and eaten by him) 15 years ago. 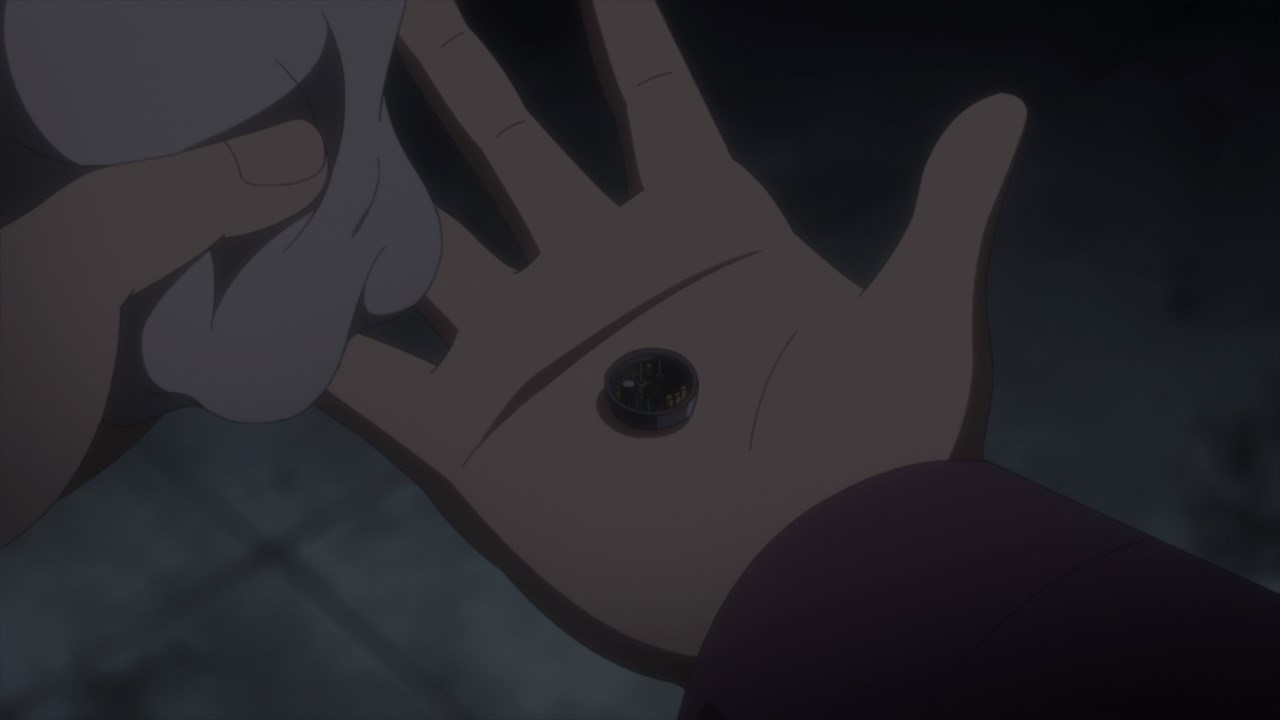 Anyways, Vylk remembered what the dying human said to him as he wants to give this pen cap to the children who escape the farms. Come to think of it, I wonder if that human is actually William Minerva (or James Ratri)?

With that said, Vylk gave the pen cap to Emma in which the demon wants to make amends with humans, even as far as bringing peace between the two races. Of course, it’ll take lots of time to change the status quo. 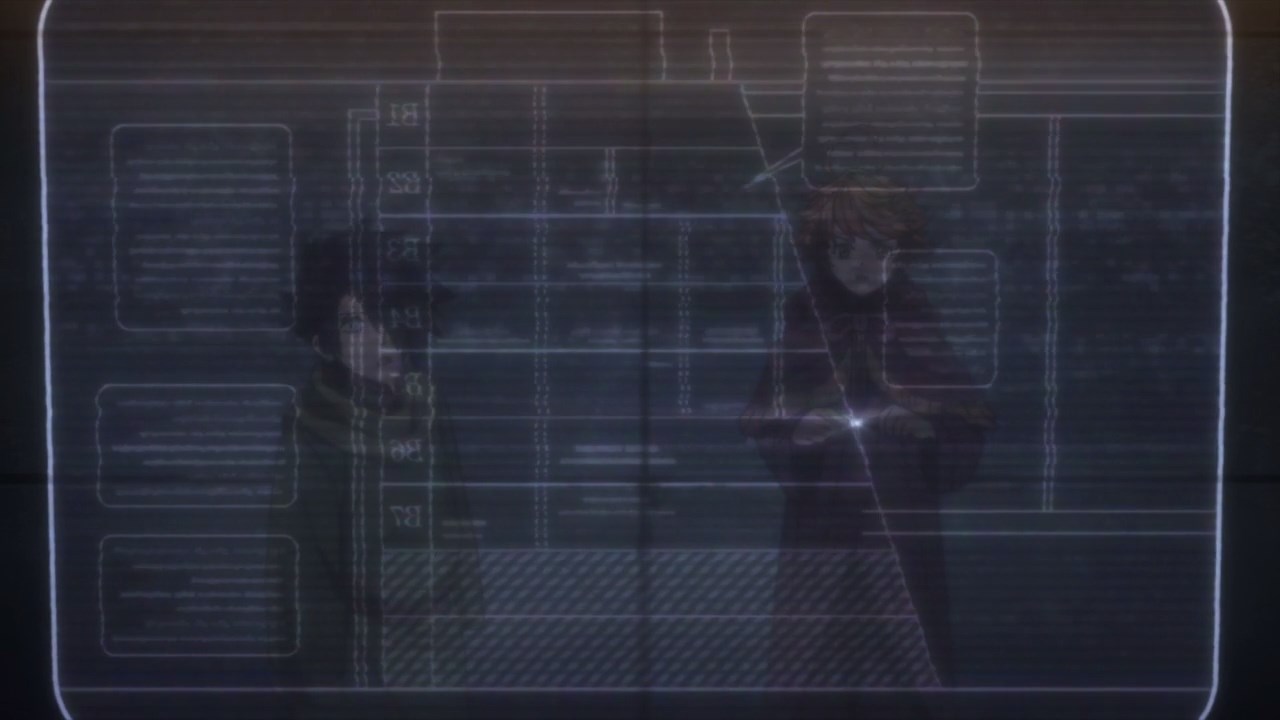 Now then, Emma put the cap on her pen in which it reveals the blueprints of the farm headquarters. This is very helpful should Emma and the rest decided to return to Grace Field and save the remaining kids there. 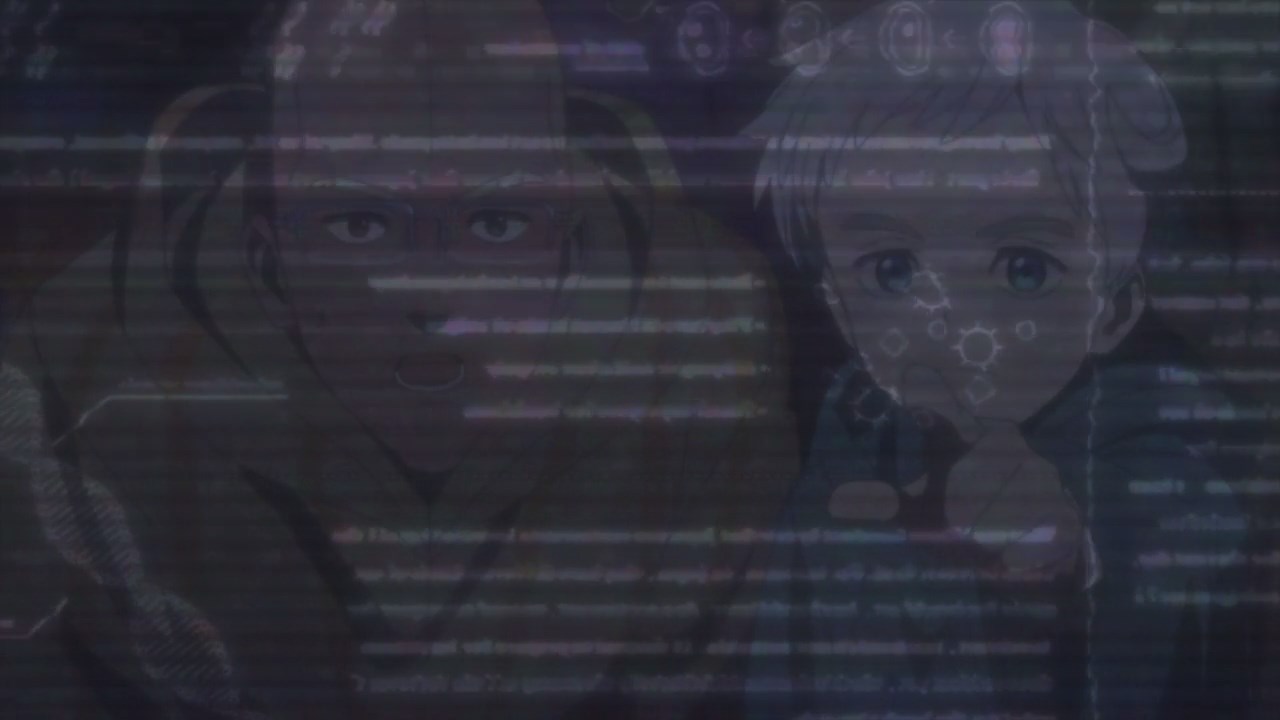 Aside from the blueprints, it also contains the formula that would cure the drug’s side effects. This is very helpful for the likes of Barbara and Norman in which they don’t want to die quickly, although I have a feeling that someone like Vincent would use the formula as a bargaining chip for the demons.

In any case, it appears that the we’re getting closer to the ending of this second season and I fear that Emma’s attempt to save Phil and others from being turned into human meat is very risky. After all, there will be major screw-ups along the way if the escapees return to Grace Field where they’ll confront Isabella and other demons.

Well then, that’s about it for this episode as I see you next time!