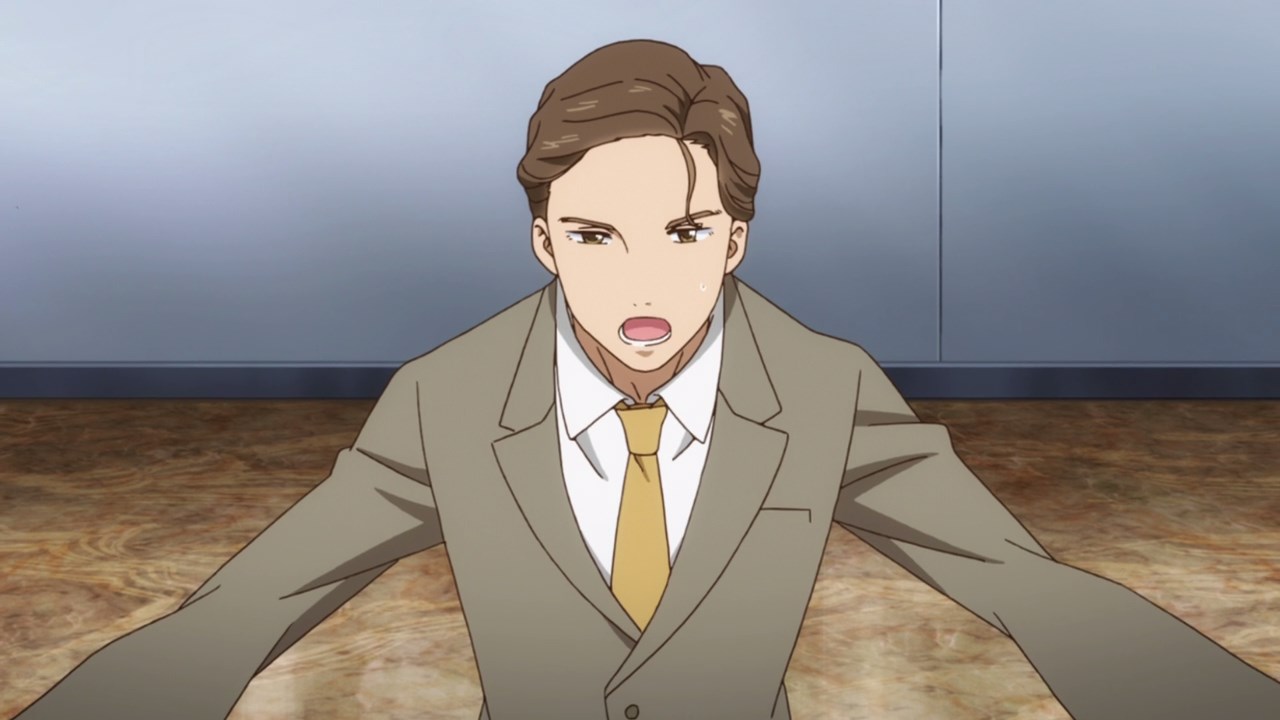 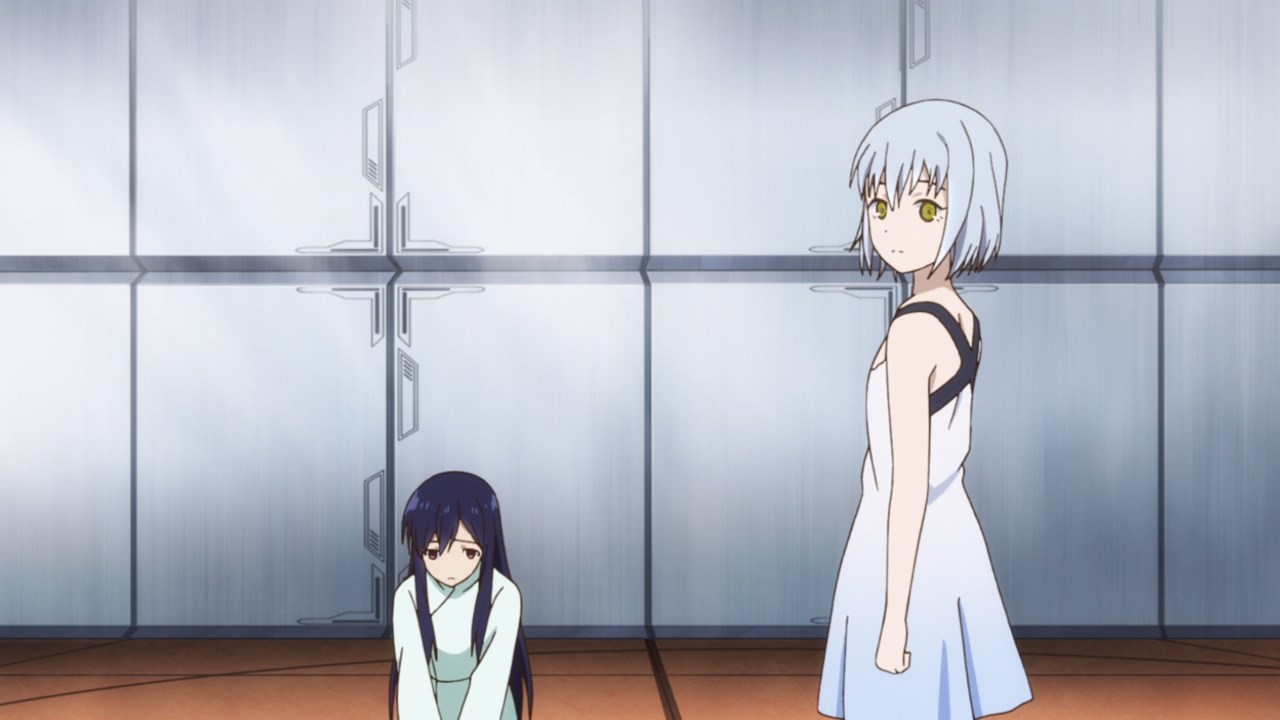 Still, the most important thing is that Takezaki got the Chrono Crystal, meaning that he can activate the Grand Material System. 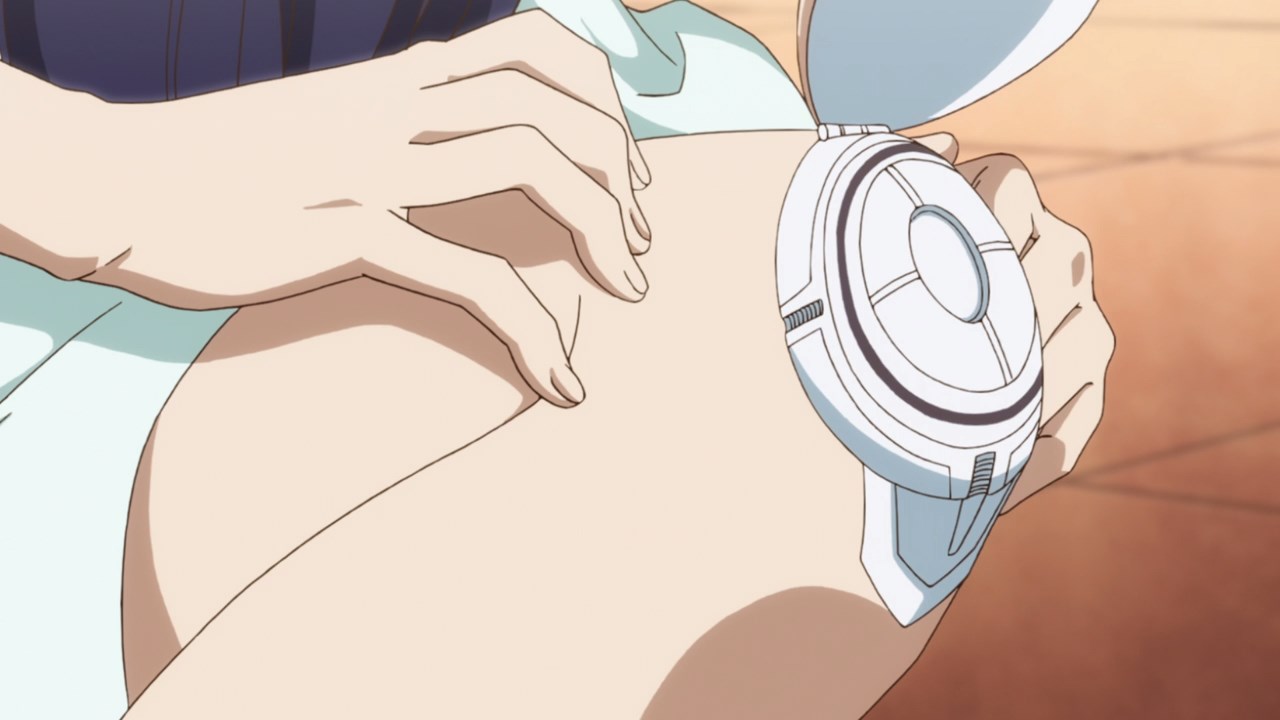 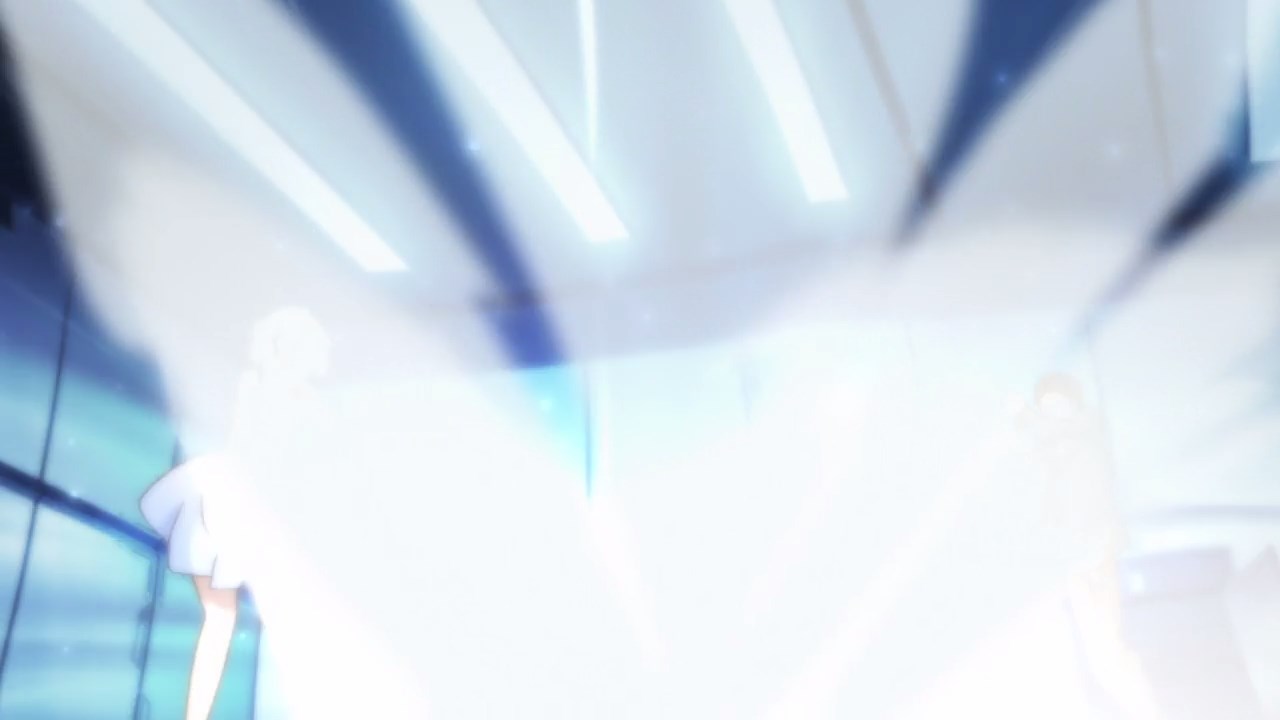 But speaking of Kaoru Sakakibara (or Miki Schteinberg), it appears that she’s actually a robot where Kaoru used a teleporting device from her knee to make her escape.

Then again, stopping a mad producer and his doll could be very difficult for Kaoru Sakakibara as she doesn’t want another disaster. 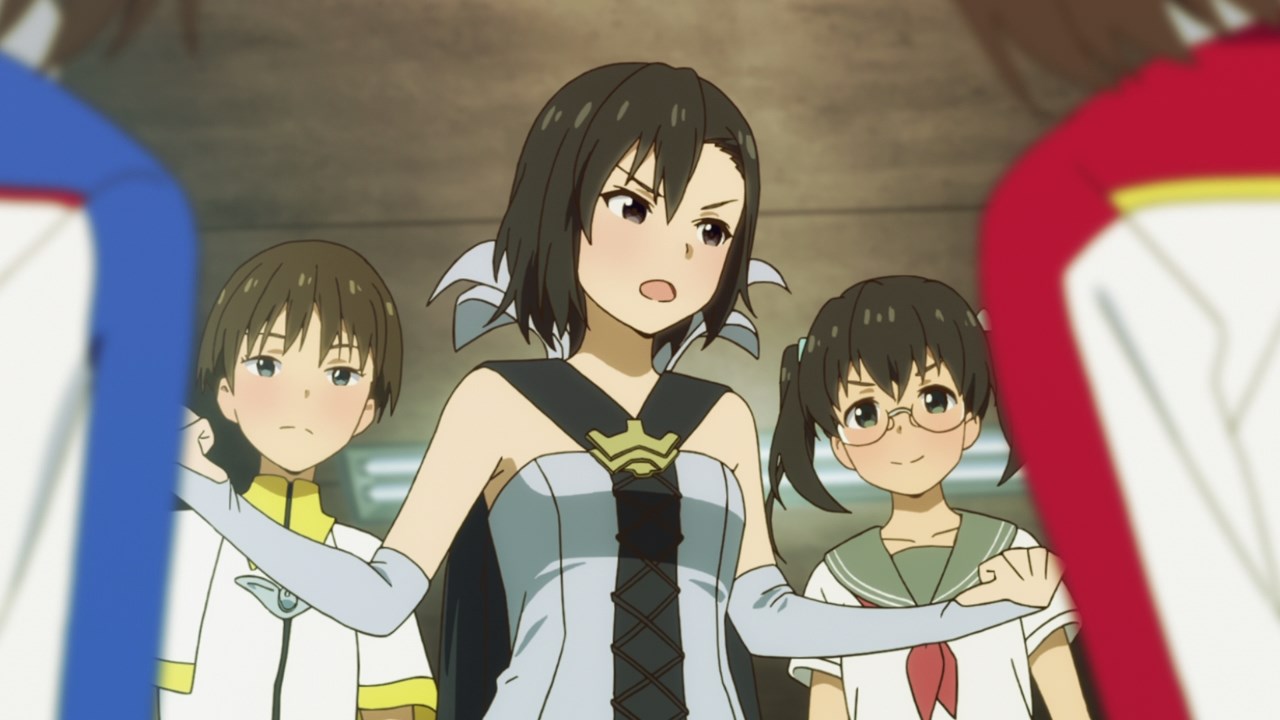 Meanwhile, let’s move onto Alice in Theater where they’re about to perform their original stage play “Chrono Gazers”, although it’s mostly based on diary that they found from their old theater. 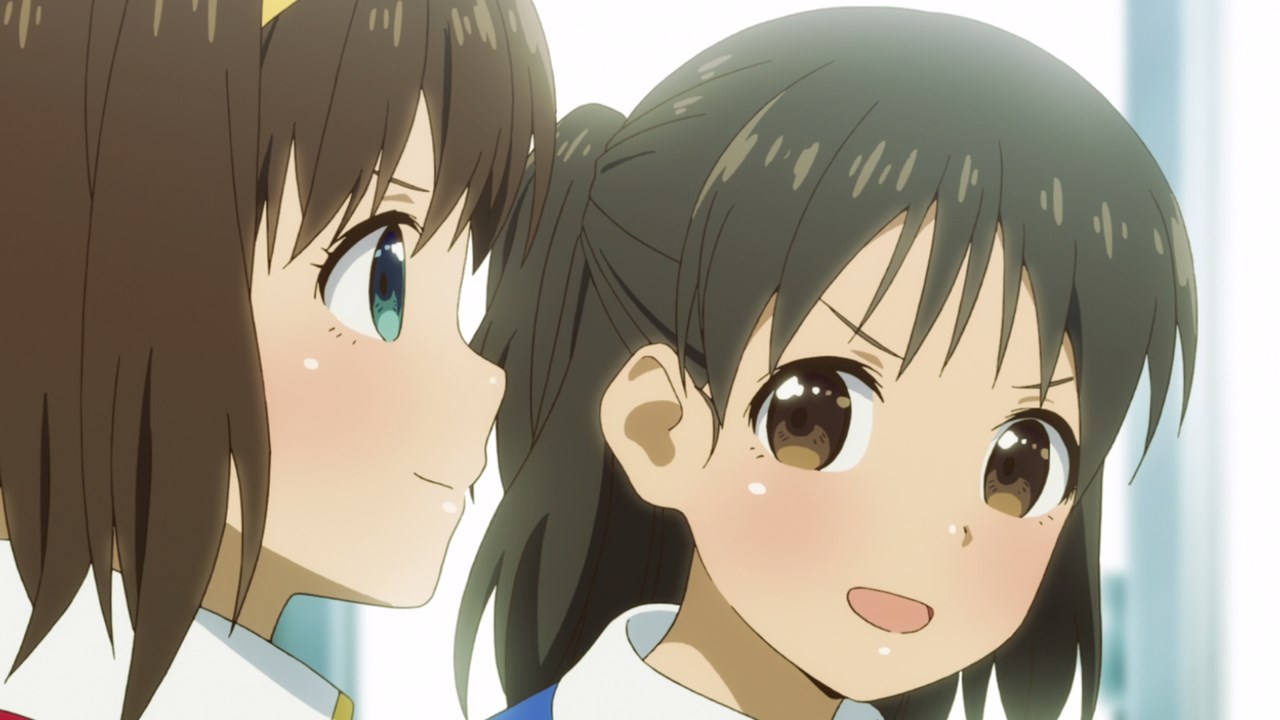 For Seria Morino and the rest, they’re ready to put up a good show despite taking place at an abandoned school building. Better than performing it outside. 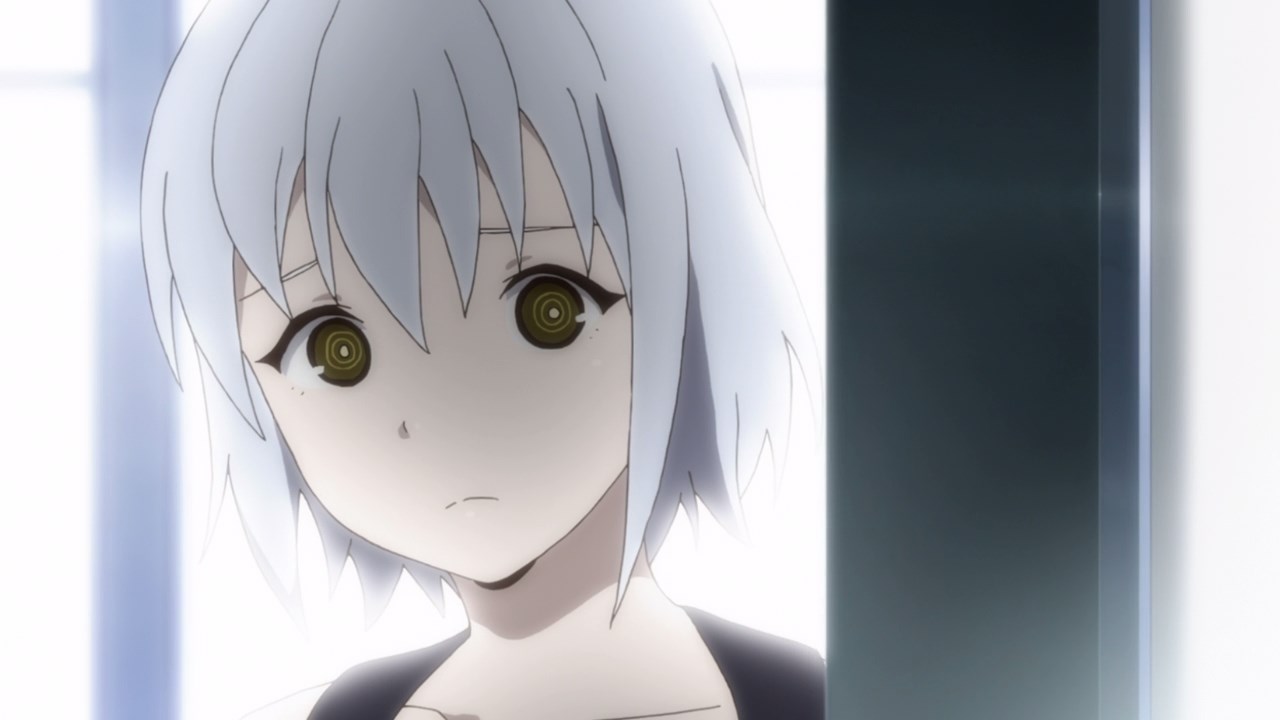 Moving back to the main story where Doll was transported to a high school building and met someone there. 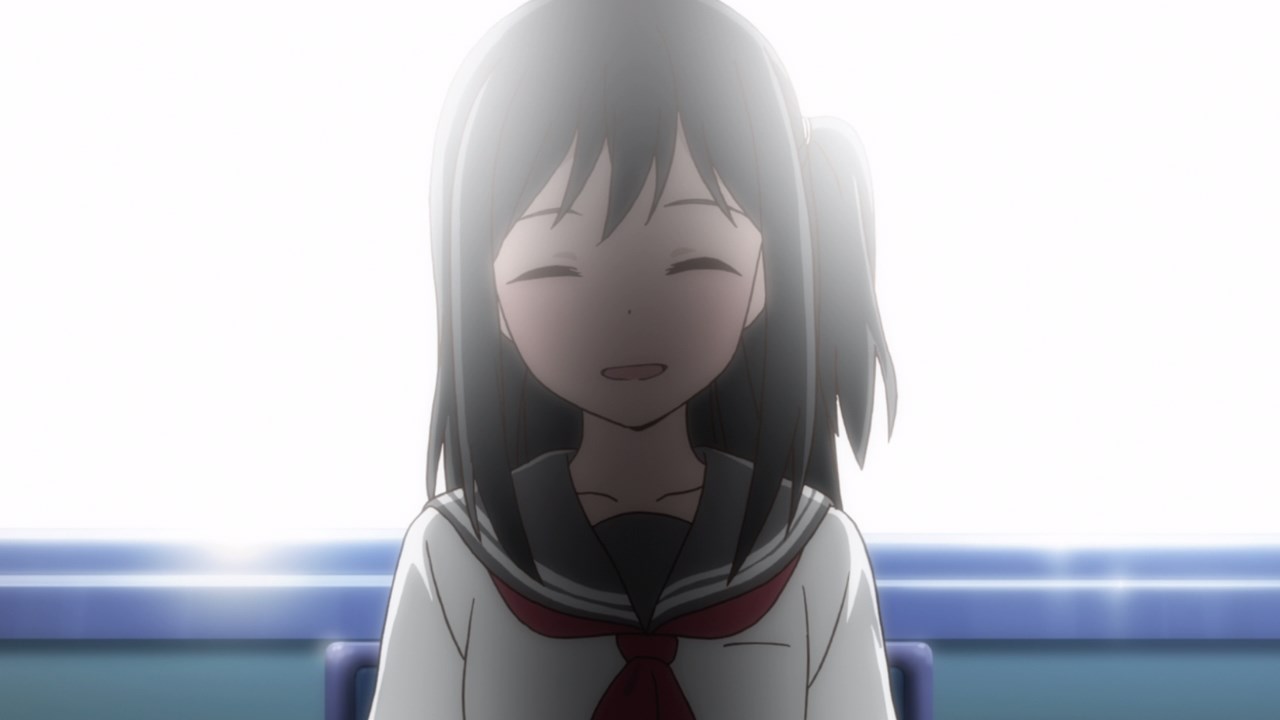 Anyways, looks like Doll met Azusa Rukawa where she’s here to tell the truth about the Grand Material System and how it cause the Global Synchronic Urban Disappearance disaster that happened 5 years prior.

Speaking of Enri Viano, she’s actually an Innovator where she brought the Grand Material System into the past in order to save her timeline from a bleak future, but the Gazers ruined Enri’s plan which it created the Twilight Dimension and thus lead to the Global Synchronic Urban Disappearance disaster. Of course, Hirokazu Takezaki will do it again because he’s already blinded by his ambition.

Seriously, I can’t trust Enri Viano at this point since she’s the one who brought a time-space alteration device in 2012. Oh and about the diary? It’s actually belonged to her, which is funny because Alice in Theater is reenacting Enri Viano’s life as an Innovator. 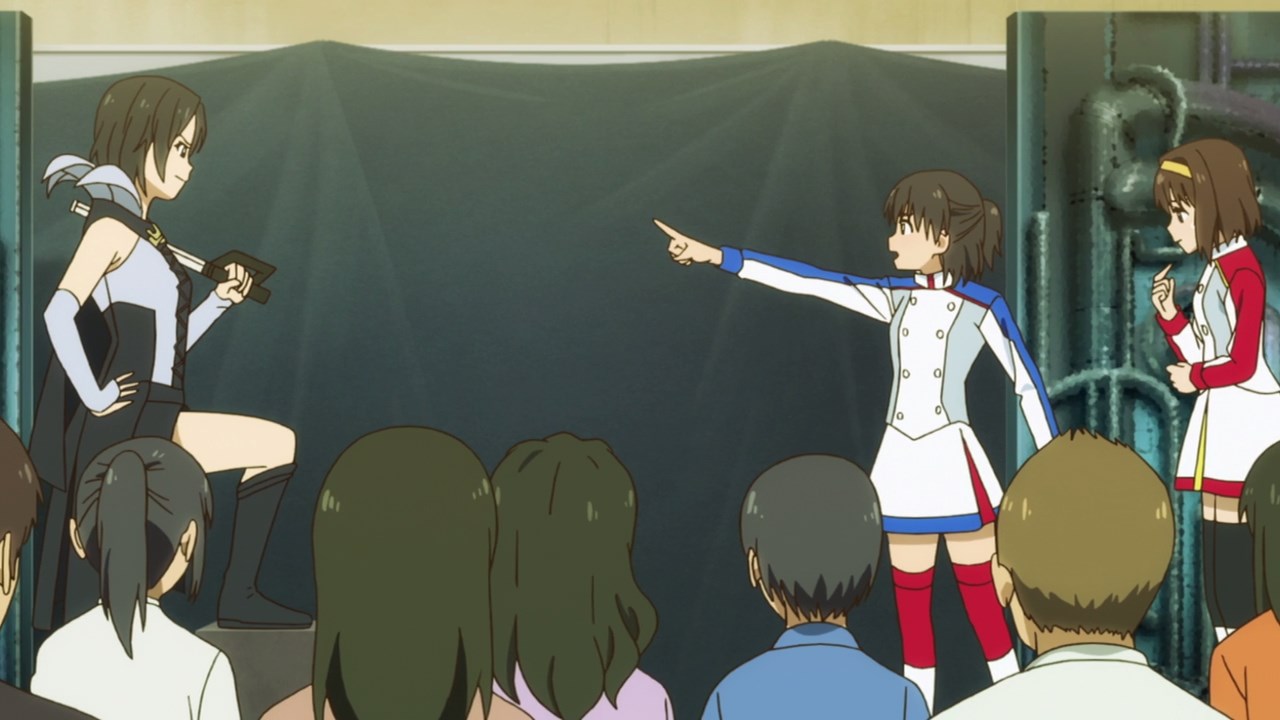 But let’s return to Alice in Theater as they’re performing Chrono Gazers, unaware that Takezaki’s plan to activate all Theatrical Material Systems across the world is about to unfold. 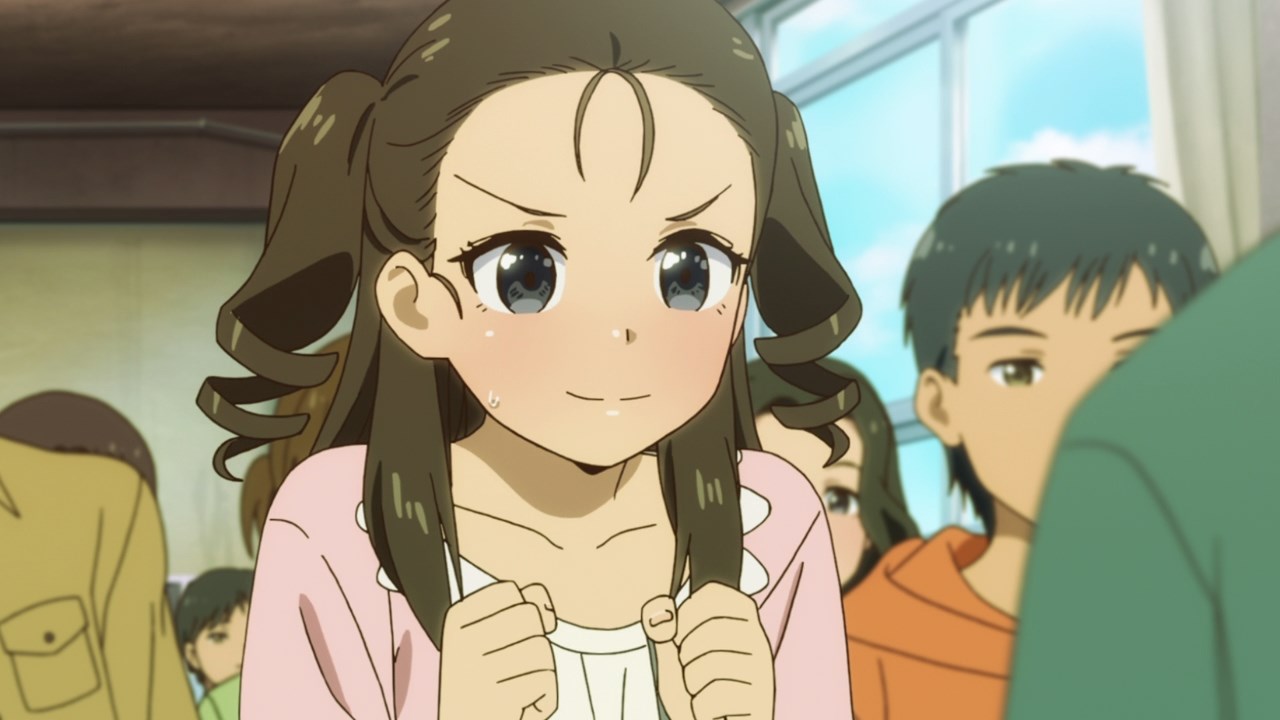 Heck, even Makoto Higuchi and the audience will be caught by an impending disaster. Man, I hope someone will try to stop it. 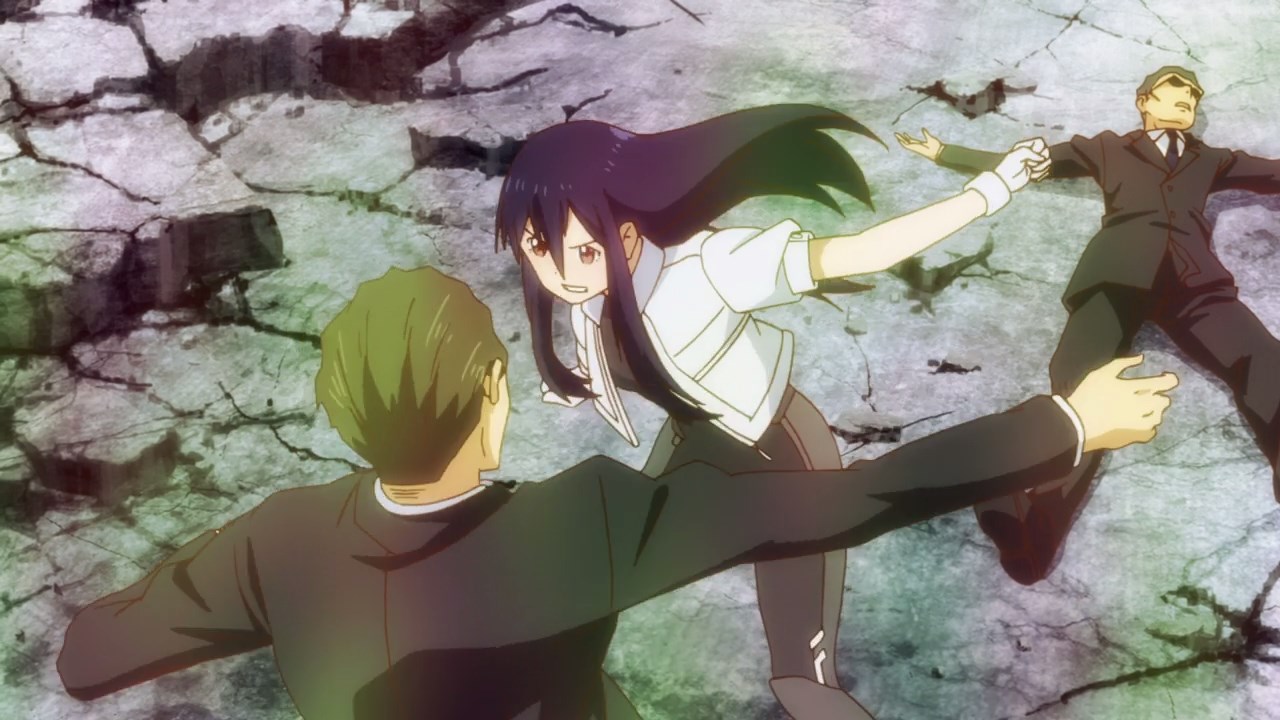 Well, turns out that Kaoru Sakakibara will have another shot on stopping the Grand Material System as Kaoru fights her way to the ominous structure. 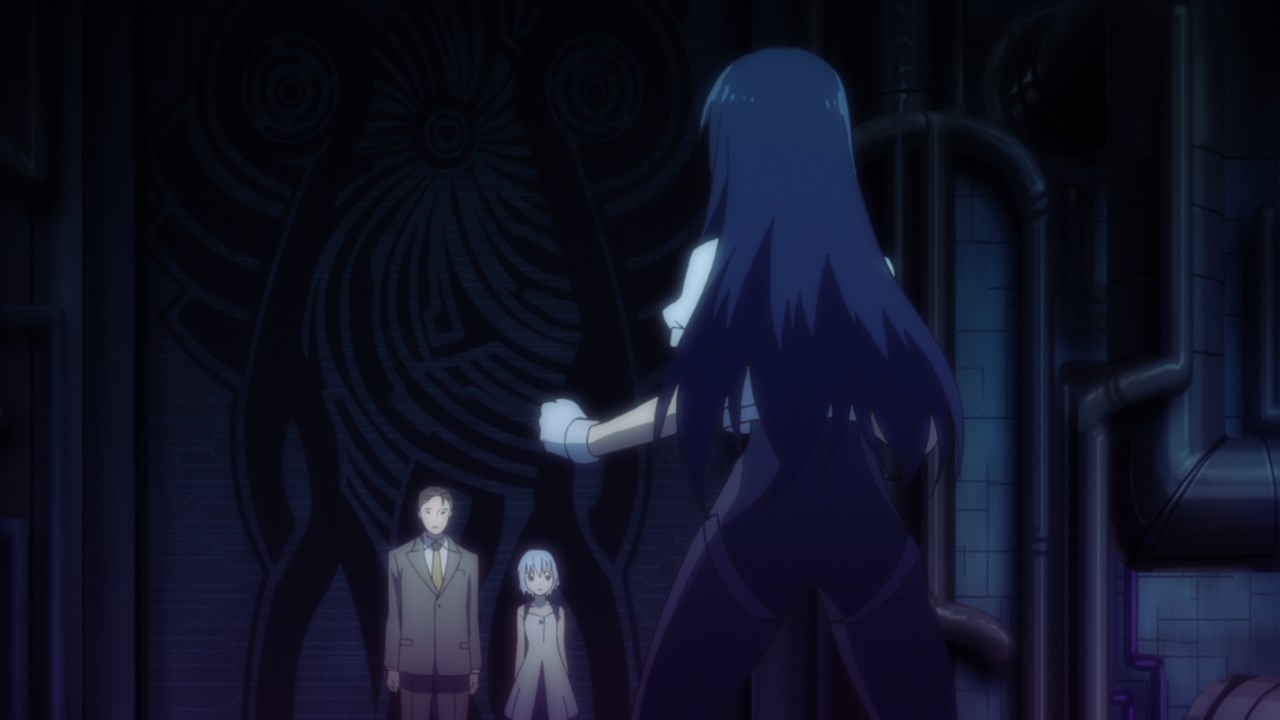 But once she reached the GMS, it appears that Hirokazu Takezaki and Doll are about to activate the system which would spell doom across the world.

While Kaoru Sakakibara tries to convince Hirokazu to stop it, I think it’s best for her to tackle Takezaki along with Doll. 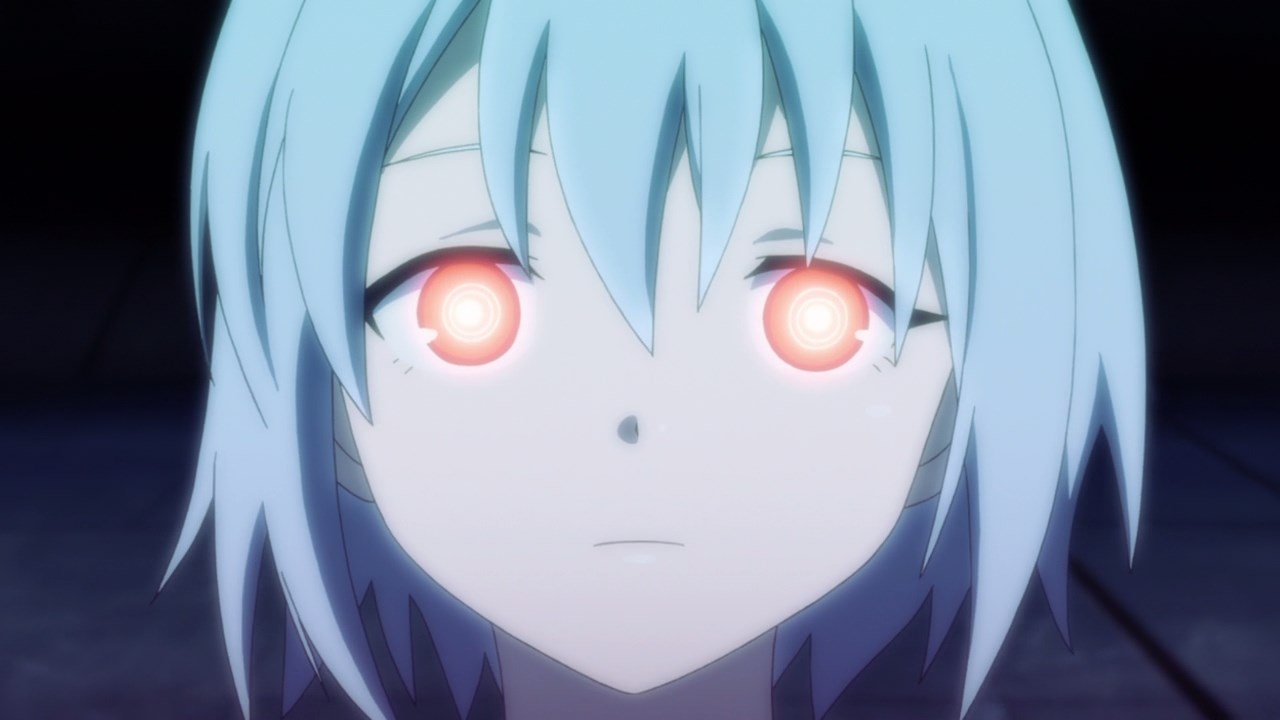 But speaking of Doll, looks like she decided to brainwash both Takezaki and Sakakibara at the last minute as Doll wants them to remember something that was lost in time. 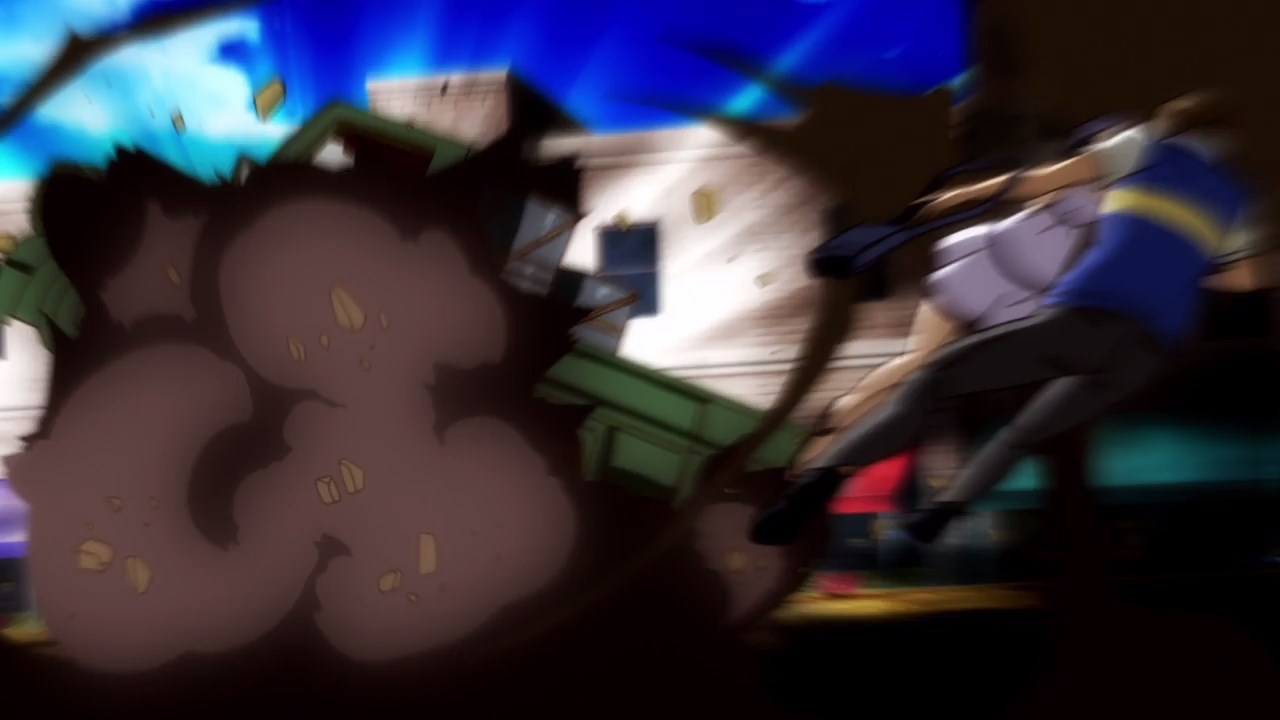 In any case, here’s a young Hirokazu Takezaki where he was saved by Miki Schteinberg from a terrorist attack. Unfortunately, she was gravely injured that Hirokazu tries to take Miki to the hospital. 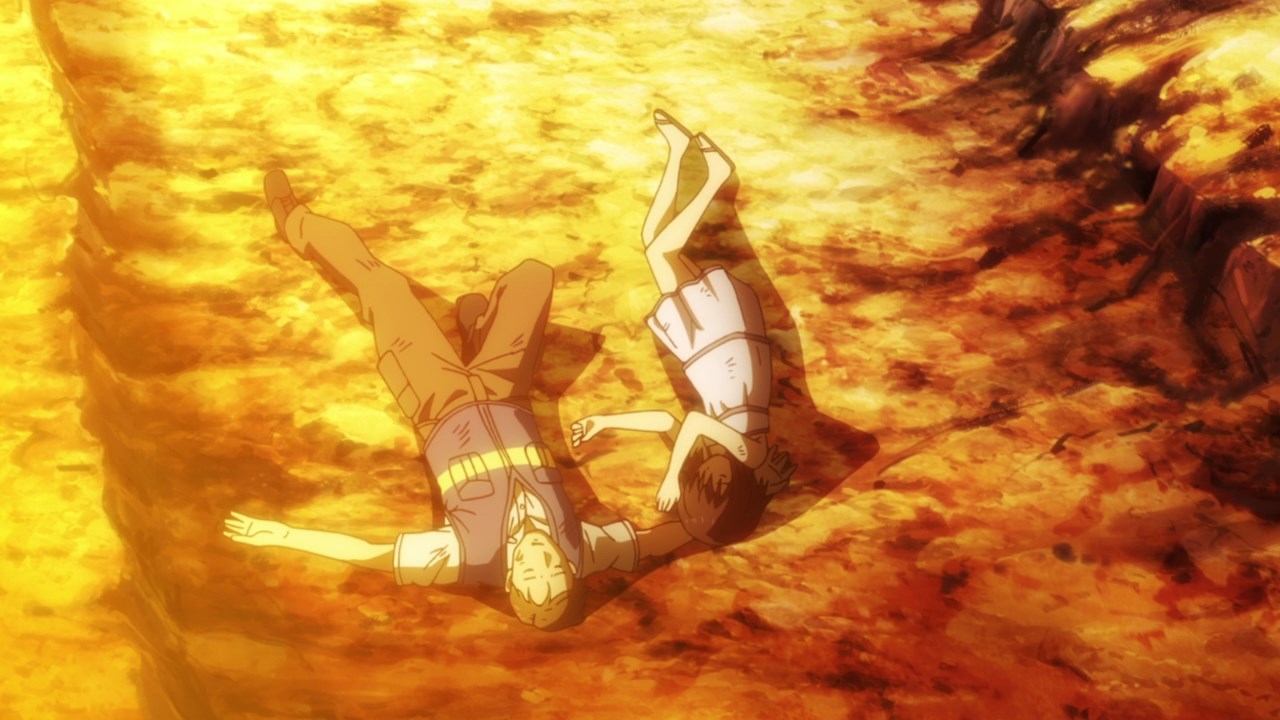 But in the end, Miki Schteinberg died and Takezaki felt frustrated that he couldn’t save the love of his life. 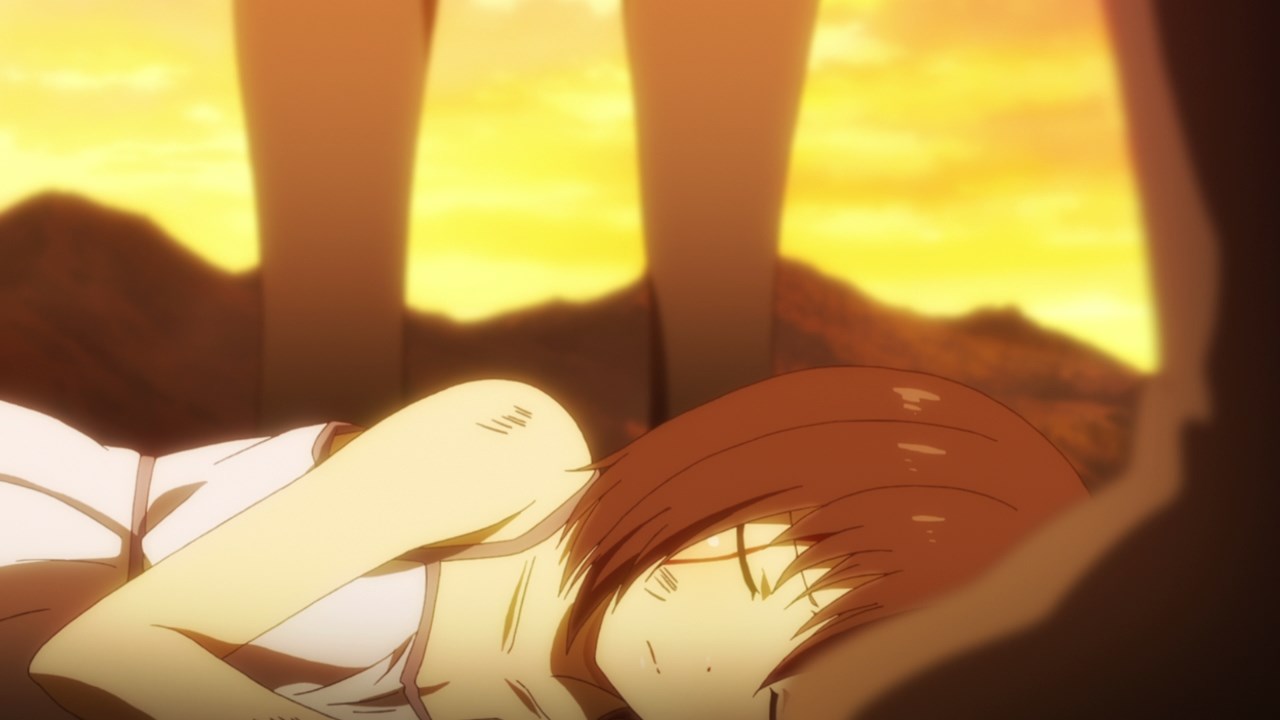 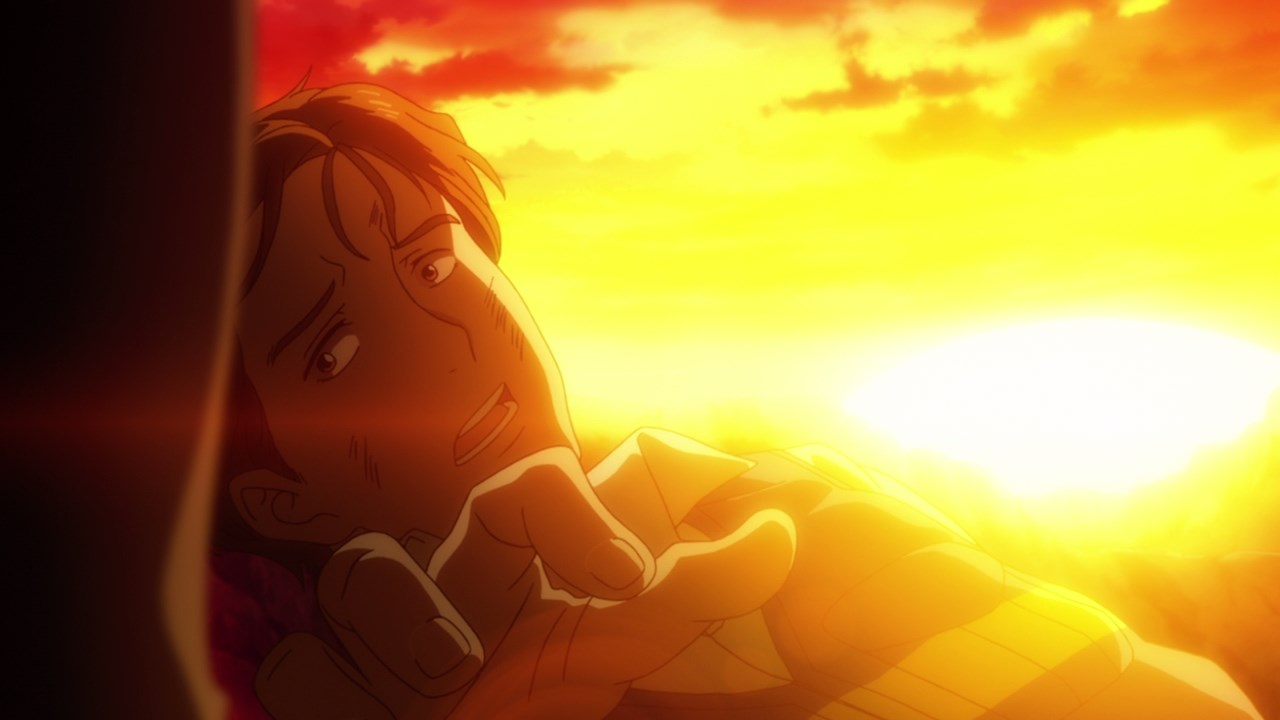 However, what followed was some mysterious people took Miki’s body while they altered Hirokazu’s memory. I have a feeling that these people actually came from the future, although I’m not sure if they intend to alter the past or prevent it from tampering by the likes of Enri Viano.

But thanks to Doll, it appears that Hirokazu Takezaki knows the whole story about Miki Schteinberg. 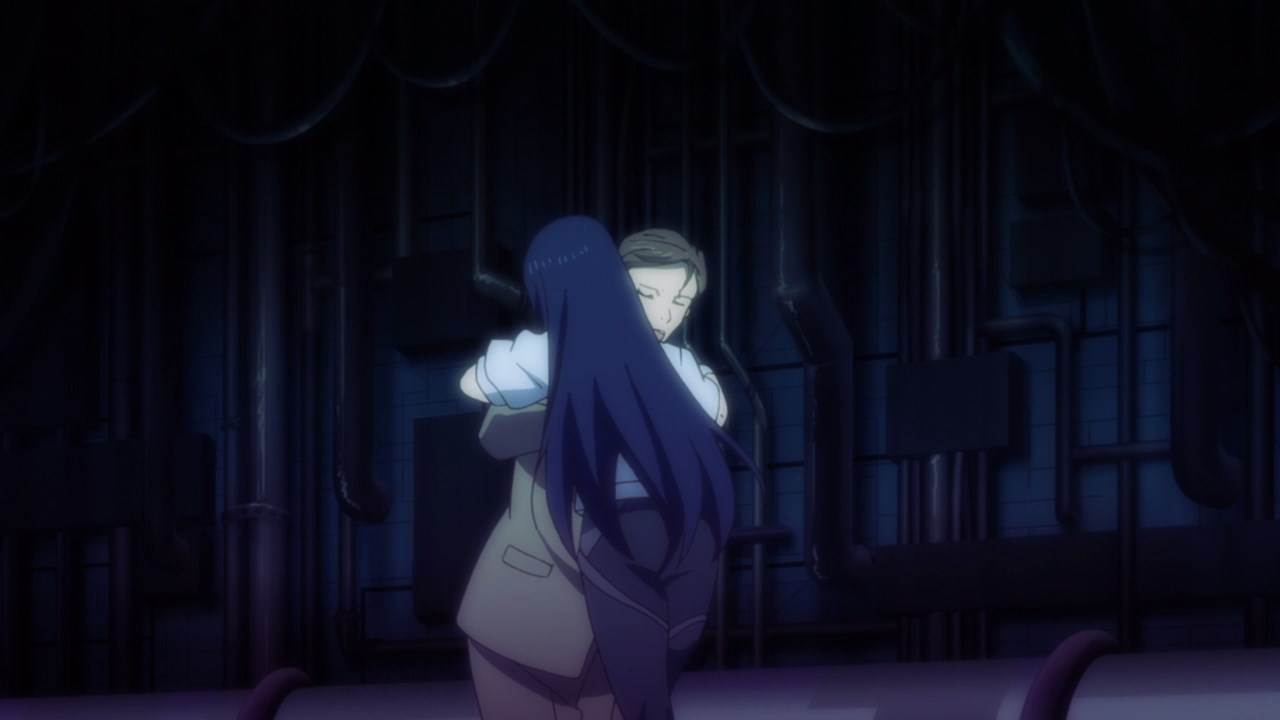 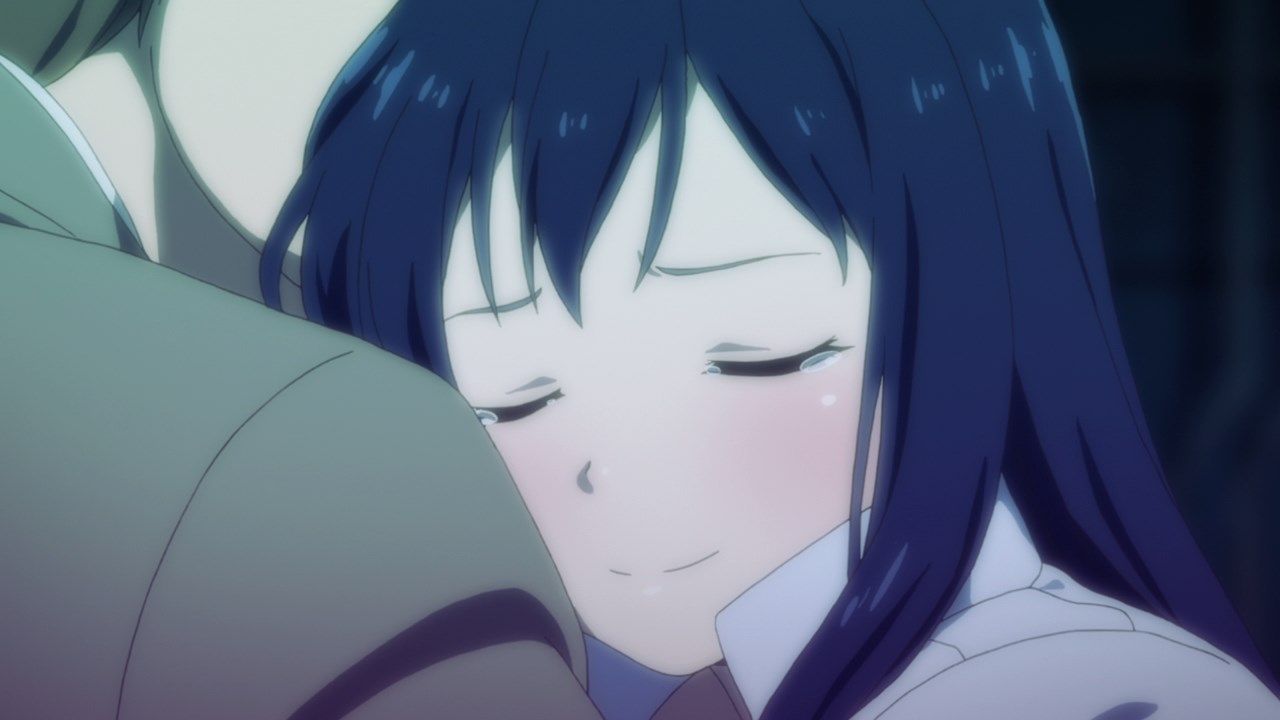 Oh yeah, and it looks like they share a hug in which Kaoru managed to save Hirokazu with the power of love. Then again, let’s not forget that Doll is still around where she might commence the activation of the Grand Material System. 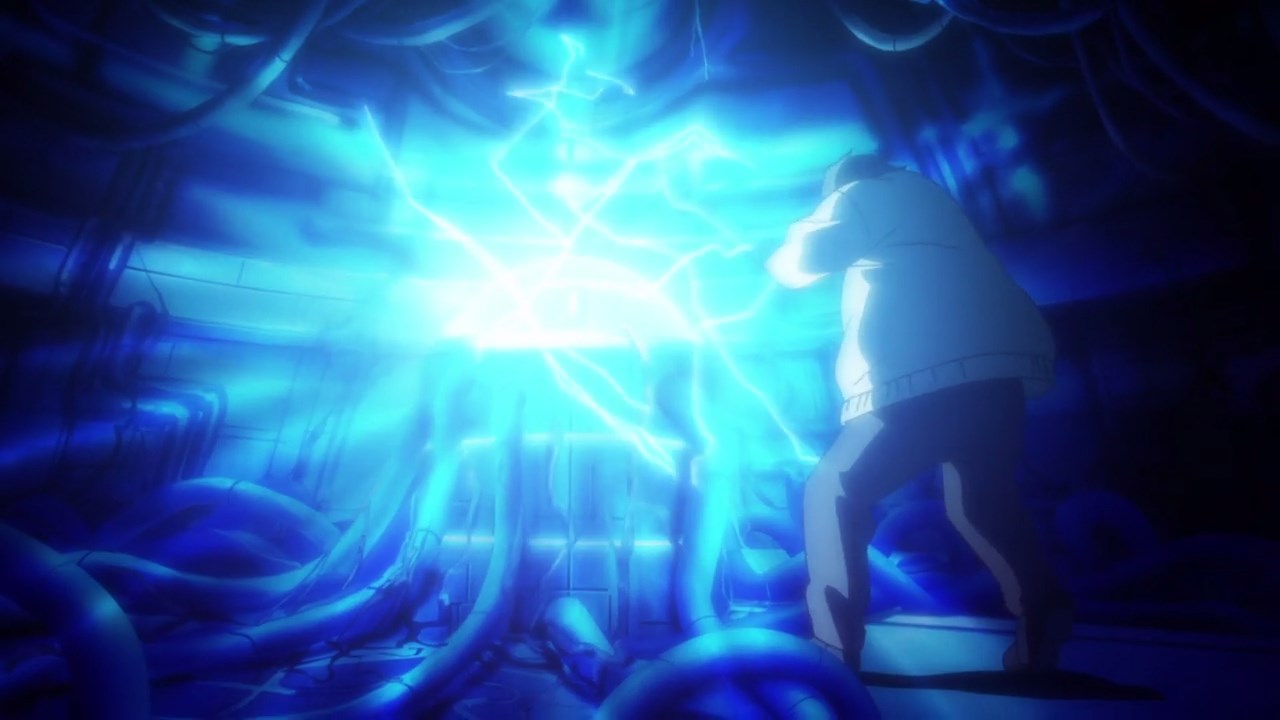 And speaking of the GMS, it went haywire that Mino-san can’t even stop the thing. Looks like we’re gonna see the end of the world as we know it. 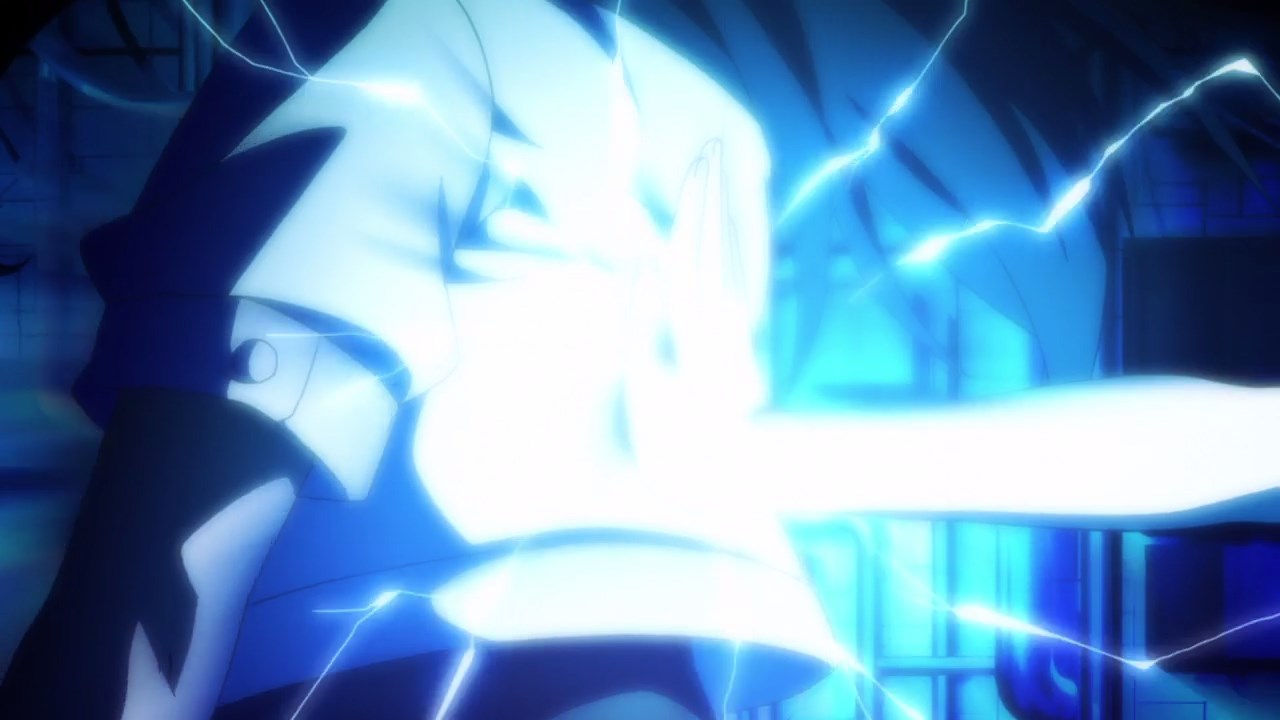 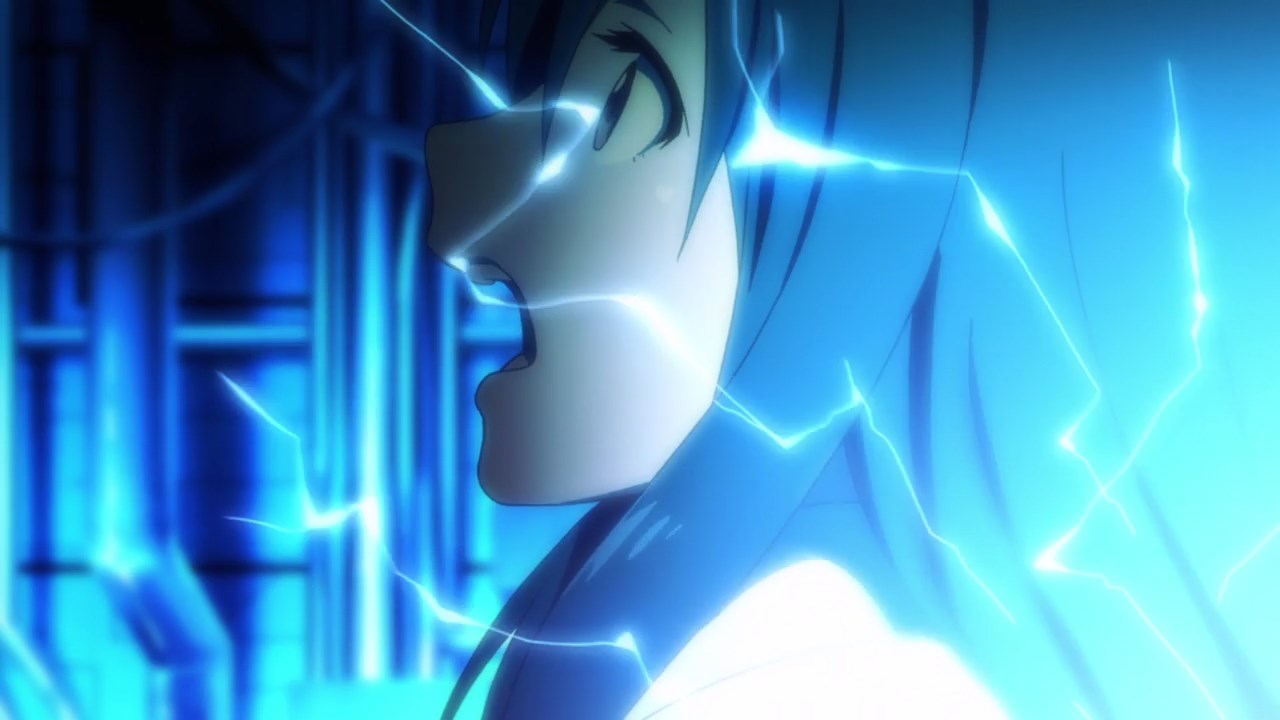 And to twist the knife further, Doll electrocutes Kaoru Sakakibara until she passes out. Damn, not a good way to end the penultimate episode. 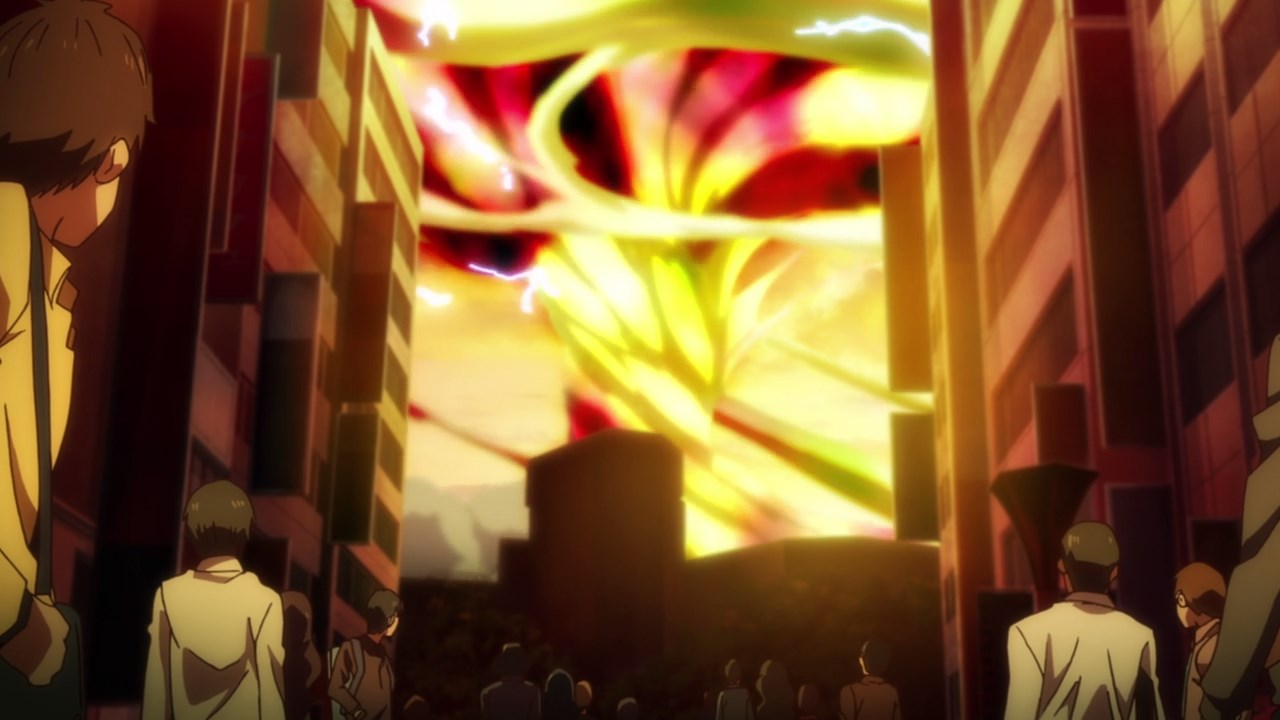 With that said, everyone is gonna experience another Global Synchronic Urban Disappearance disaster, but on a larger scale where the entire world will vanish.

Tune in next time for the final episode and while the world is ending, there’s Seria Morino and the rest of Alice in Theater performing their stage play based on Enri Viano’s machinations.