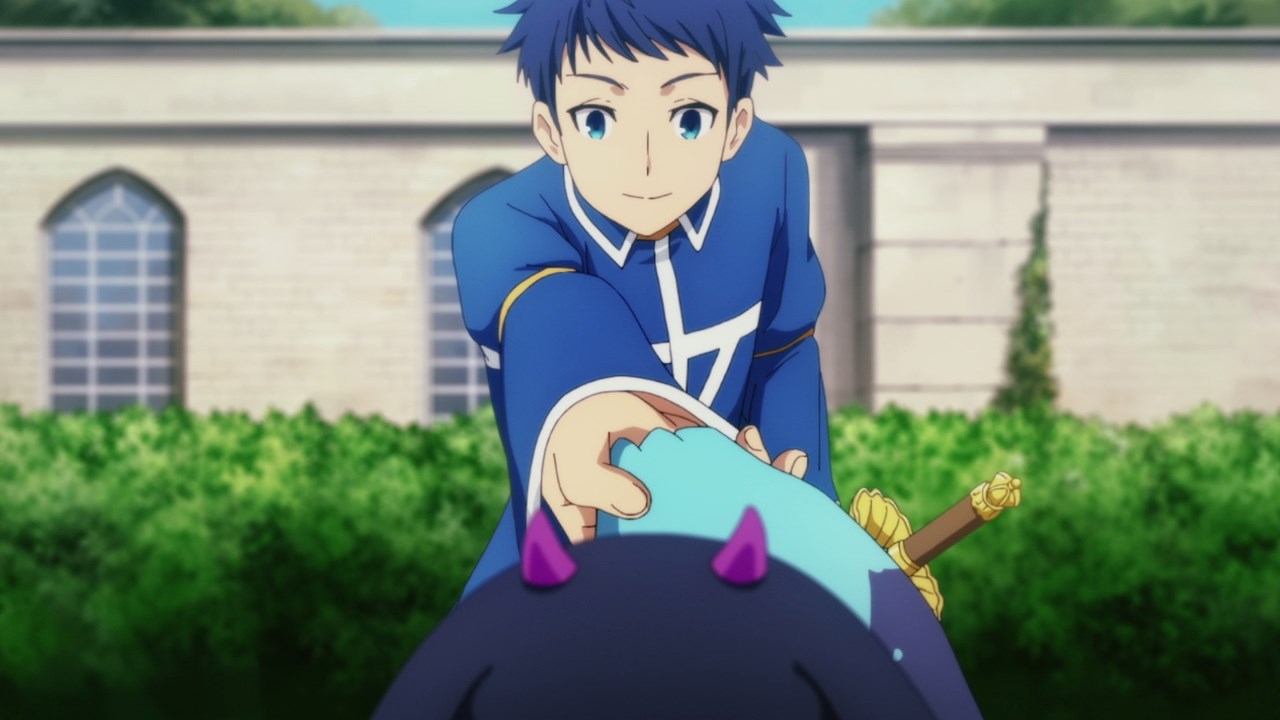 Well, it’s been days since Schlain Zagan Analeit has become the new hero, although I still don’t know what happened to Julius.

On the other hand, it appears that Feirune wants to make a pact with Schlain in order to become stronger. Then again, I doubt that she’ll gain experience once Feirune become’s Schlain’s pet dragon. 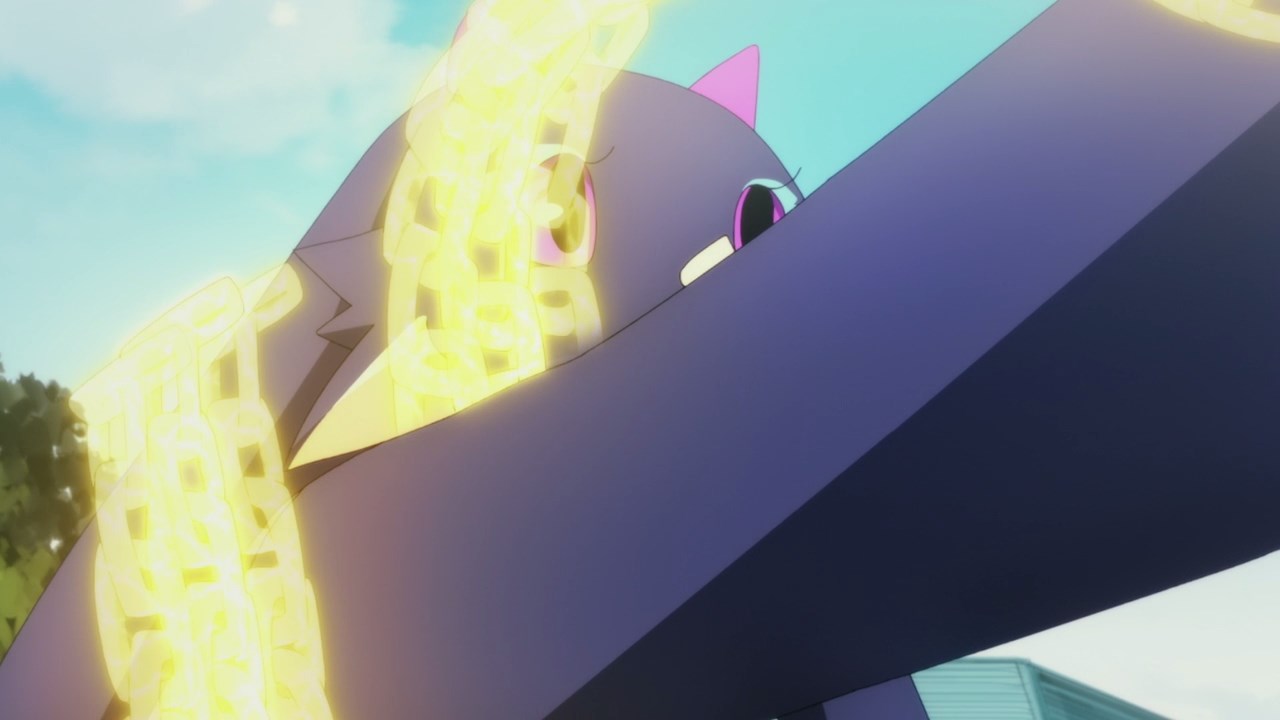 In any case, Feirune has become the pet dragon to Schlain and it’s gonna be an everlasting relationship… unless either of them dies in battle. 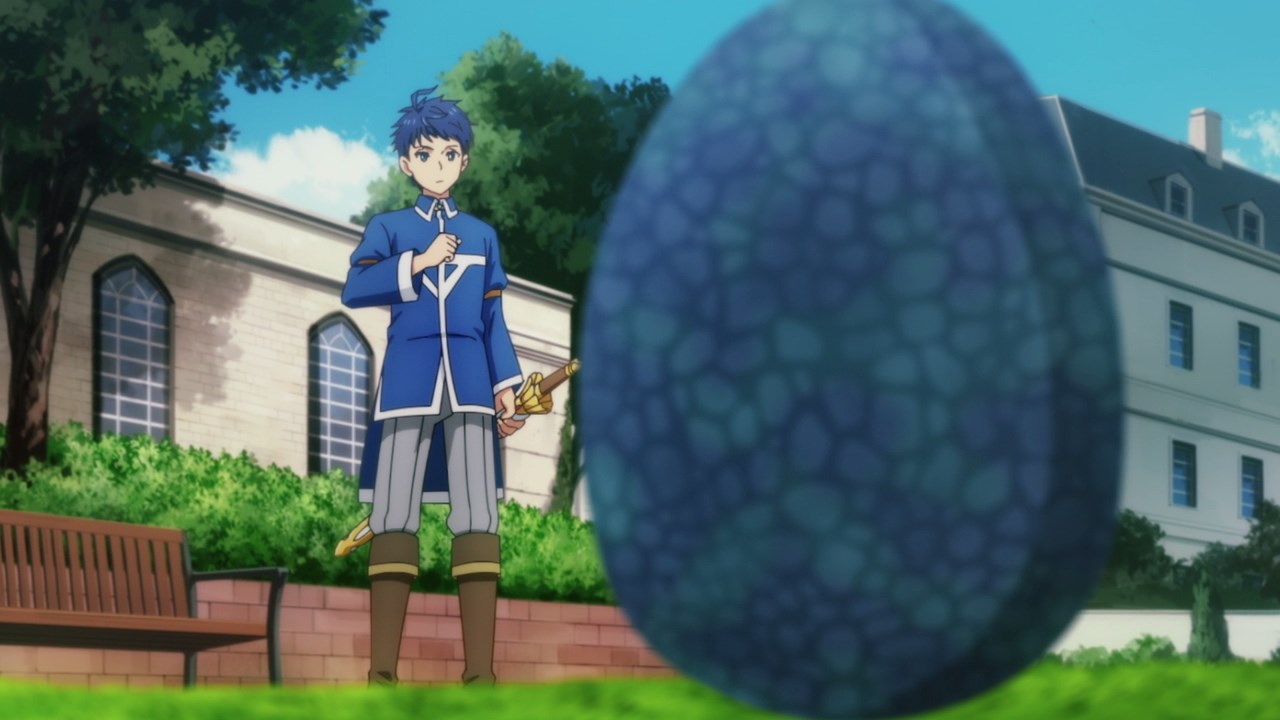 But afterwards, it looks like Feirune has transformed into an egg, meaning that she’s evolving into a stronger form. Okay, so it seems that the pact works somehow. 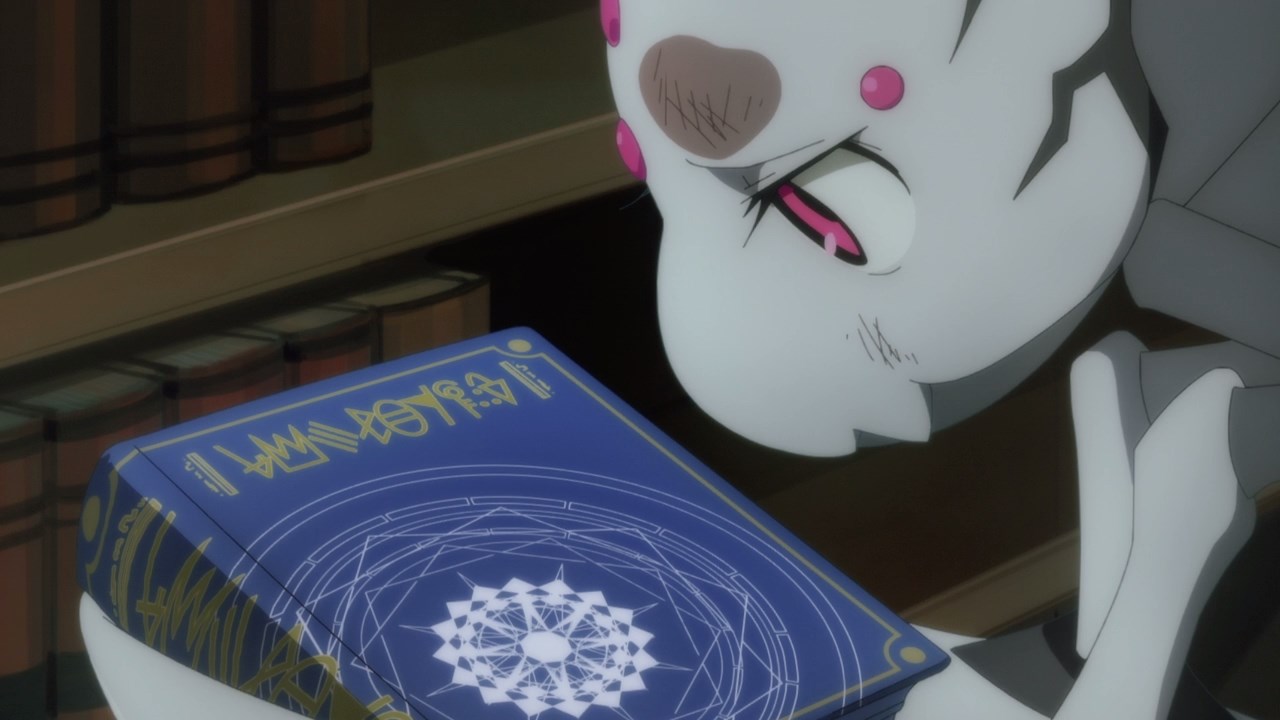 Now let’s move back to Ms. Spider where she finally evolves into Ede Saine. However, it appears that Ms. Spider gained lots of information from a certain administrator into her tiny brain that her various personas organize everything.

There, Ms. Spider realized something important as the world she’s currently living in will be destroyed in the future, therefore she’ll have to save it even if it means fighting humans and demons by herself. Of course, I have doubts if Ms. Spider can accomplish it. 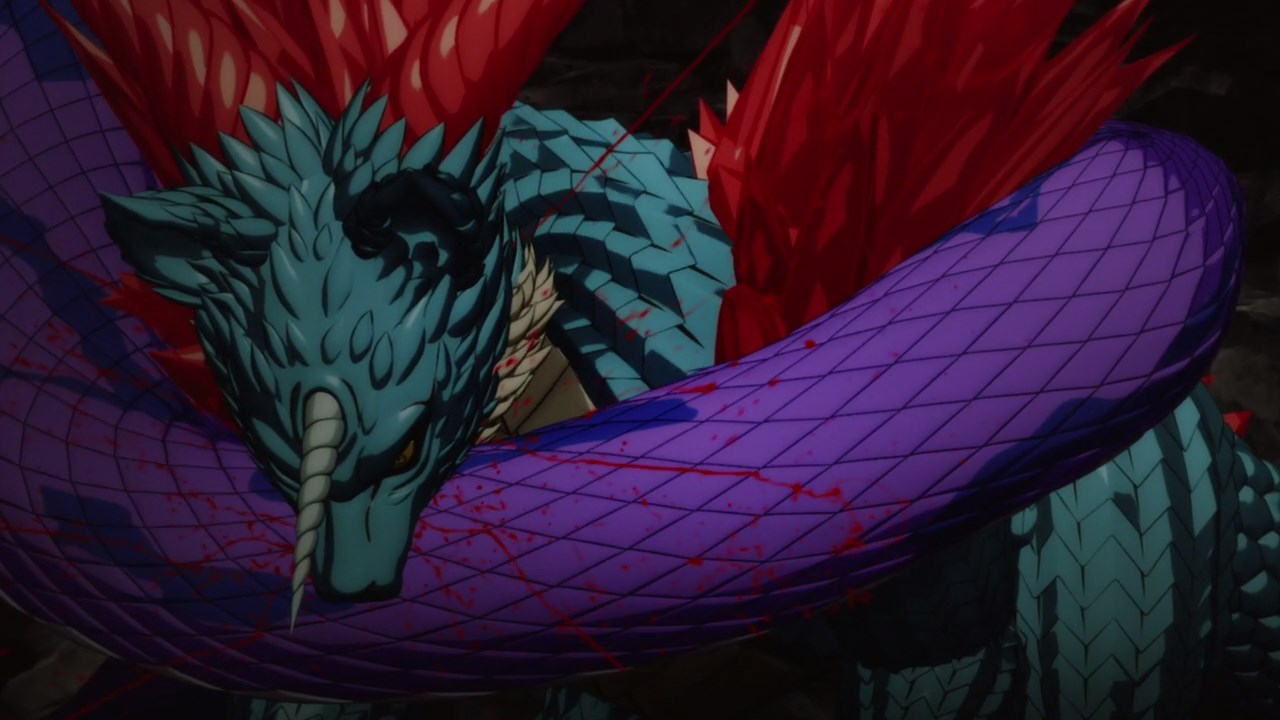 For now, it’s time for Ms. Spider to take on Araba as the earth dragon managed to kill an Elroe Baraggish in a brutal fashion. 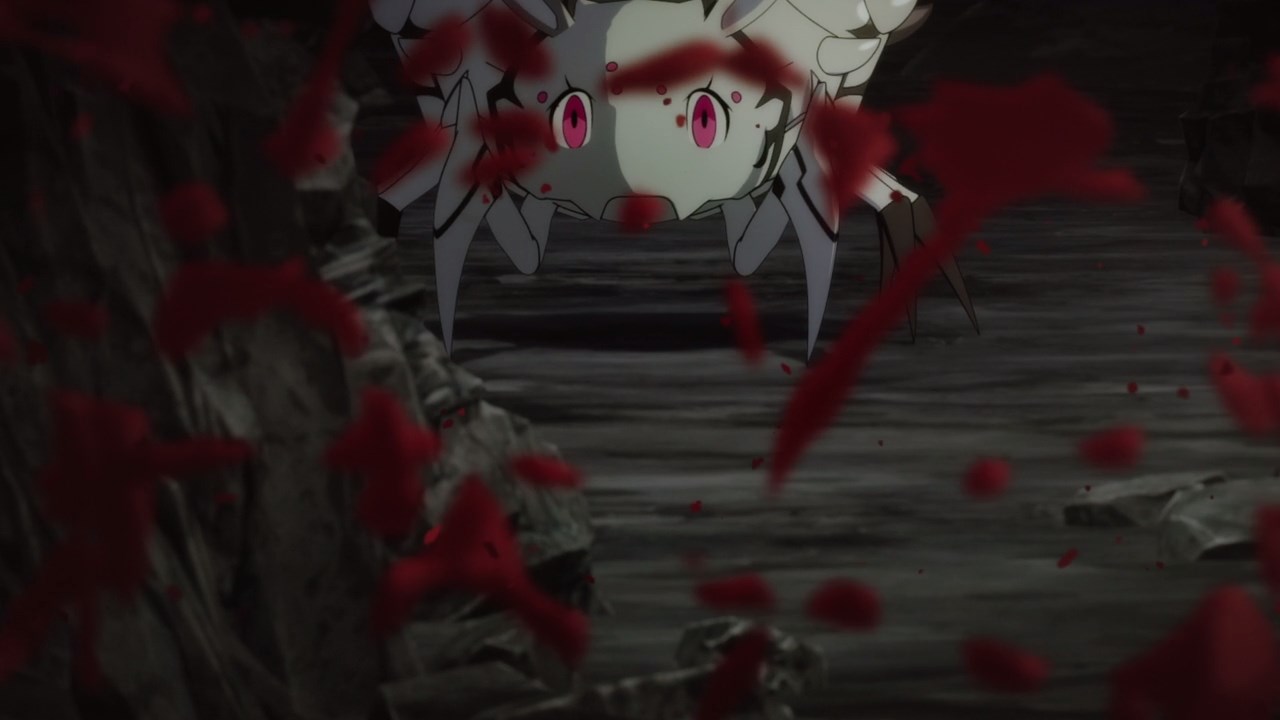 For Ms. Spider, seeing the Earth Dragon Araba killing a stronger monster is both fascinating and frightening that she wants to beat the dragon in her own way… the sneaky way.

With that said, I think Ms. Spider will have to grind more experience in order to take on the earth dragon. 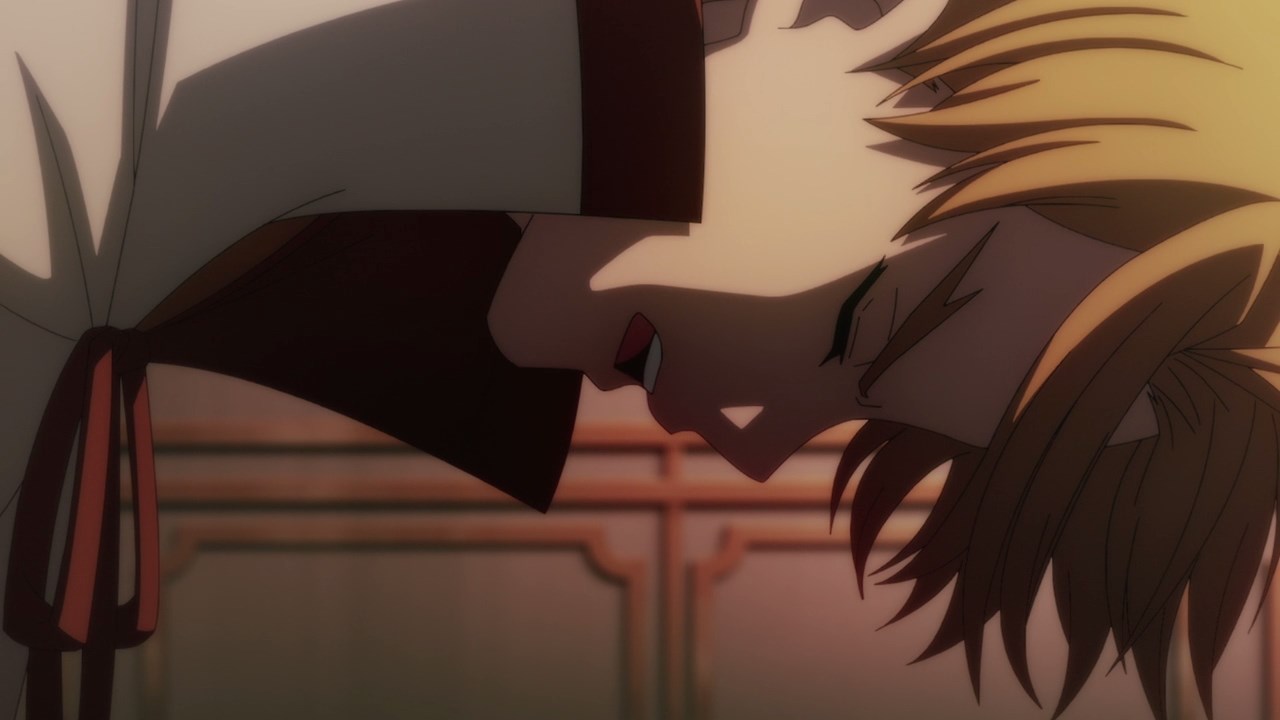 Now let’s return to Schlain where he met one of Julius’ party members named Hyrince Quarto. And here’s the thing though as Hyrince knows what happened to Schlain’s brother during the battle against the demon army. 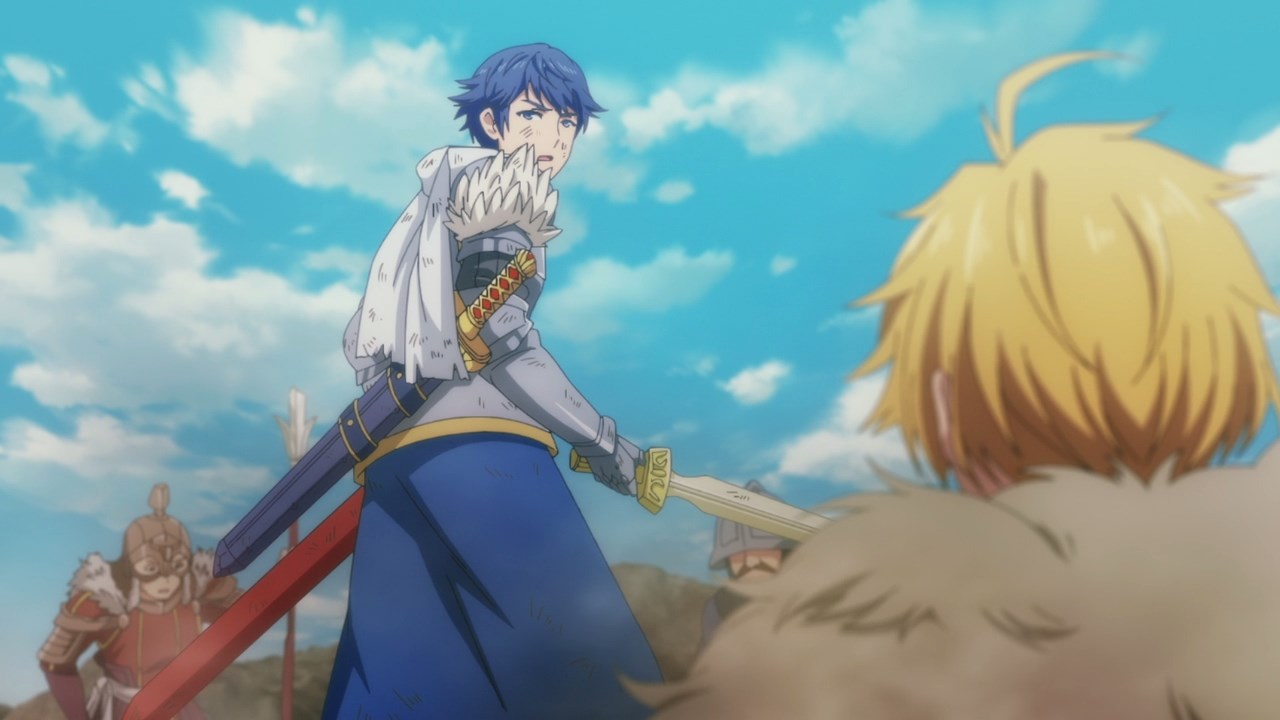 But with that said, let’s go back to the day at Fort Kusorion where Julius Zagan Analeit and his party encountered something terrifying. Oh by the way, it’s not the demon lord.

Rather, this lady in white where her ominous presence sends chills down to everyone’s spines. Hell, this lady can cast a spell that might annihilate everyone, although no one will ever see the full extent to her power. 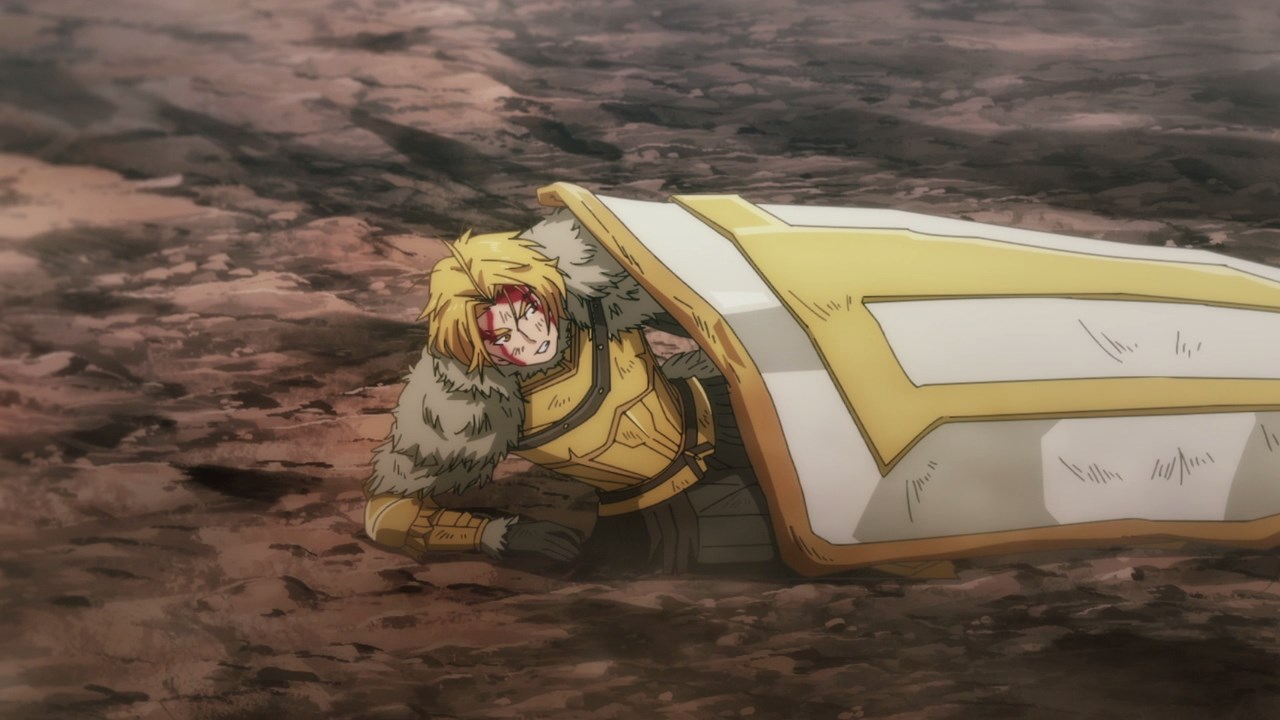 Now let’s talk about Hyrince Quarto where it turns out that he’s the one who survive the battle. However, it seems that Hyrince saw something horrible. 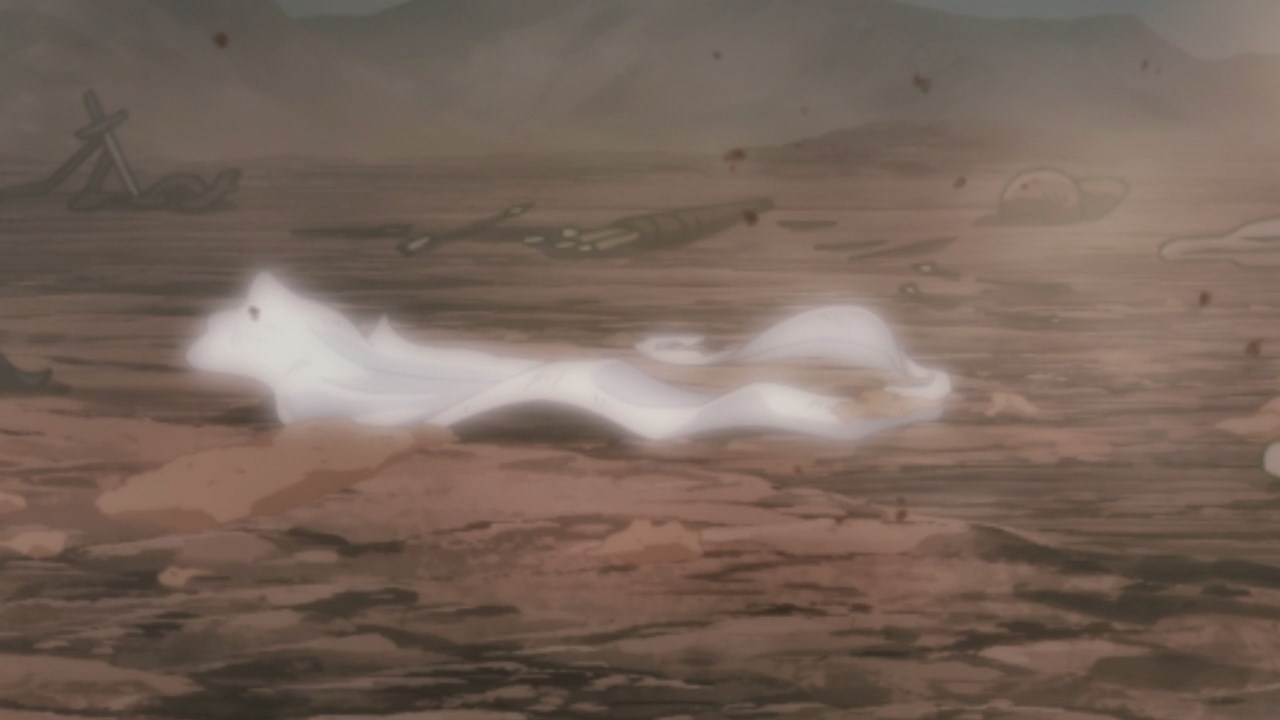 Turns out that Julius Zagan Analeit was obliterated by the lady in white using a Rot Attack, leaving his taratect silk scarf as the only remnant of the hero.

Well, I have to say that the demon lord employed some powerful monsters to successfully defeated Schlain’s brother, although that lady in white is a mystery for now. 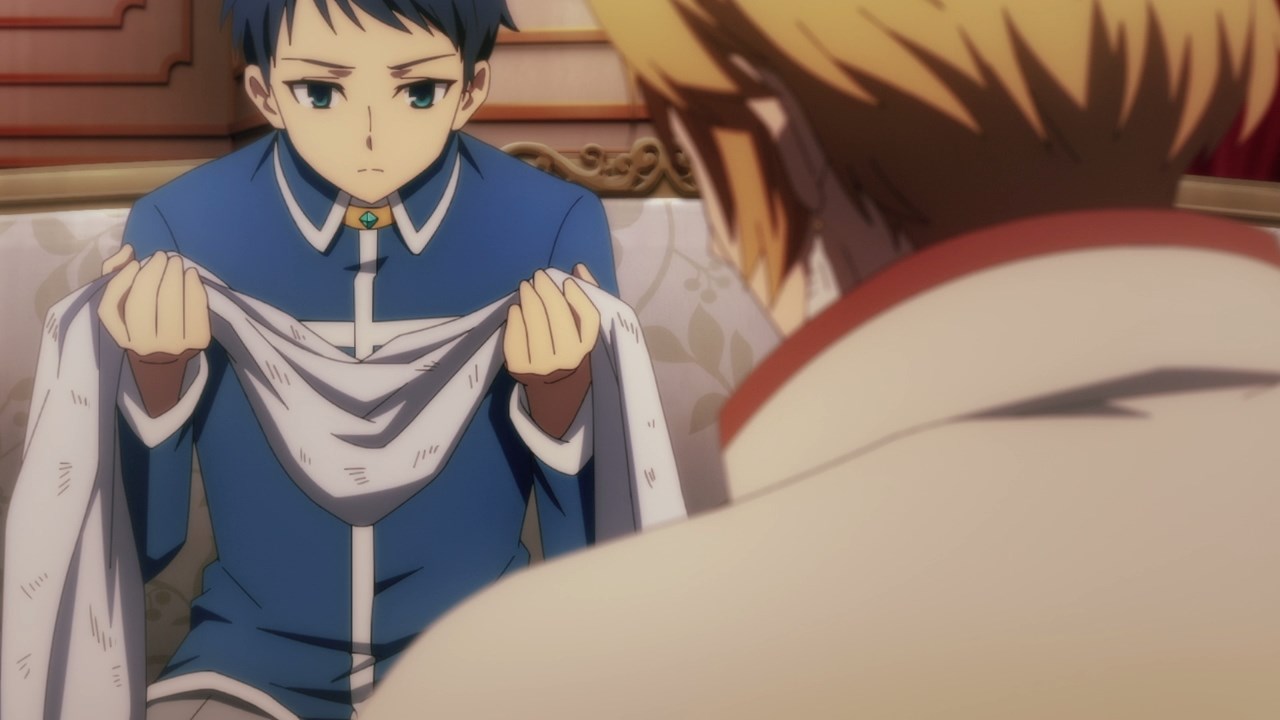 As for Hyrince Quarto, he regretted on surviving that battle as he should have died there instead of Julius. Heck, Hyrince Quarto has a phoenix feather which is meant for Julius, but the hero decided to give the feather to Hyrince as he doesn’t want his friend to perish.

But yes, it looks like Schlain Zagan Analeit finally learned the truth about Julius’ death and while he’s really devastated, Schlain is very determined to succeed in his brother’s footsteps. Of course, it’ll take a long time for Schlain to become stronger until he’s ready to show everyone that he’s the next hero. 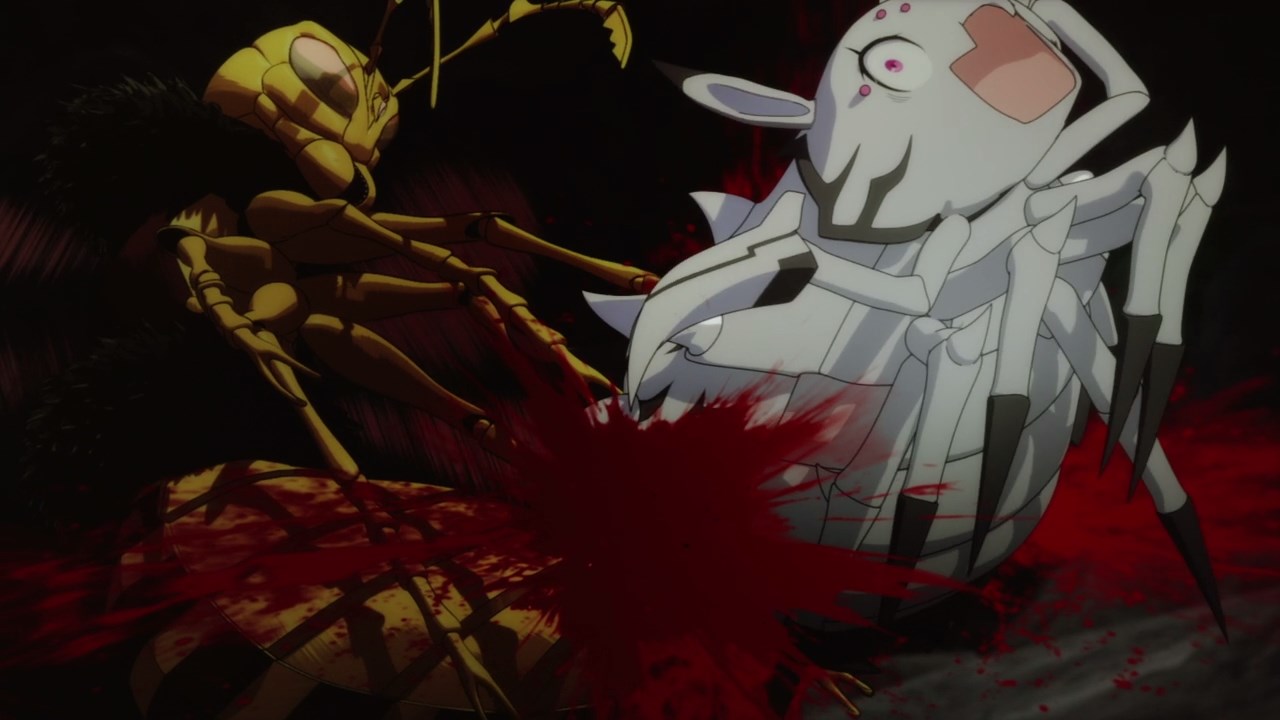 And now let’s return to Ms. Spider where she’s being attacked by a hornet monster called Finjicote. That stings a lot but let’s not forget that Ms. Spider has resistance to venom. 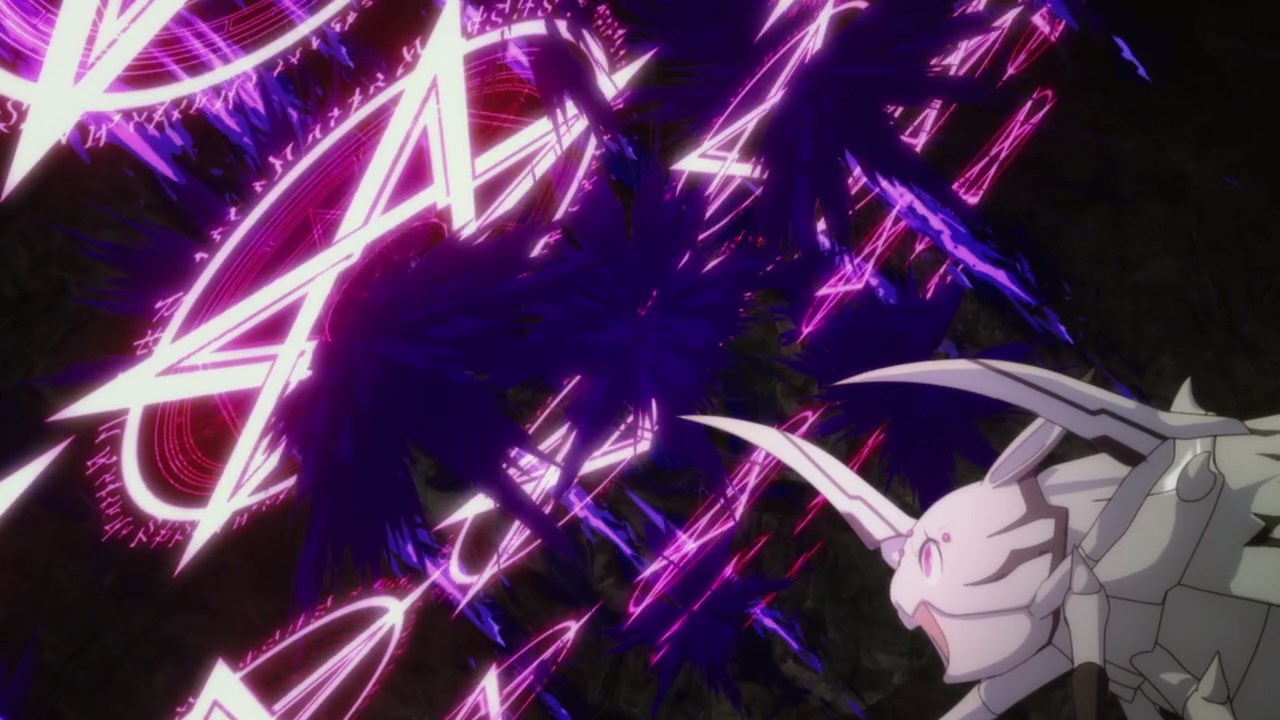 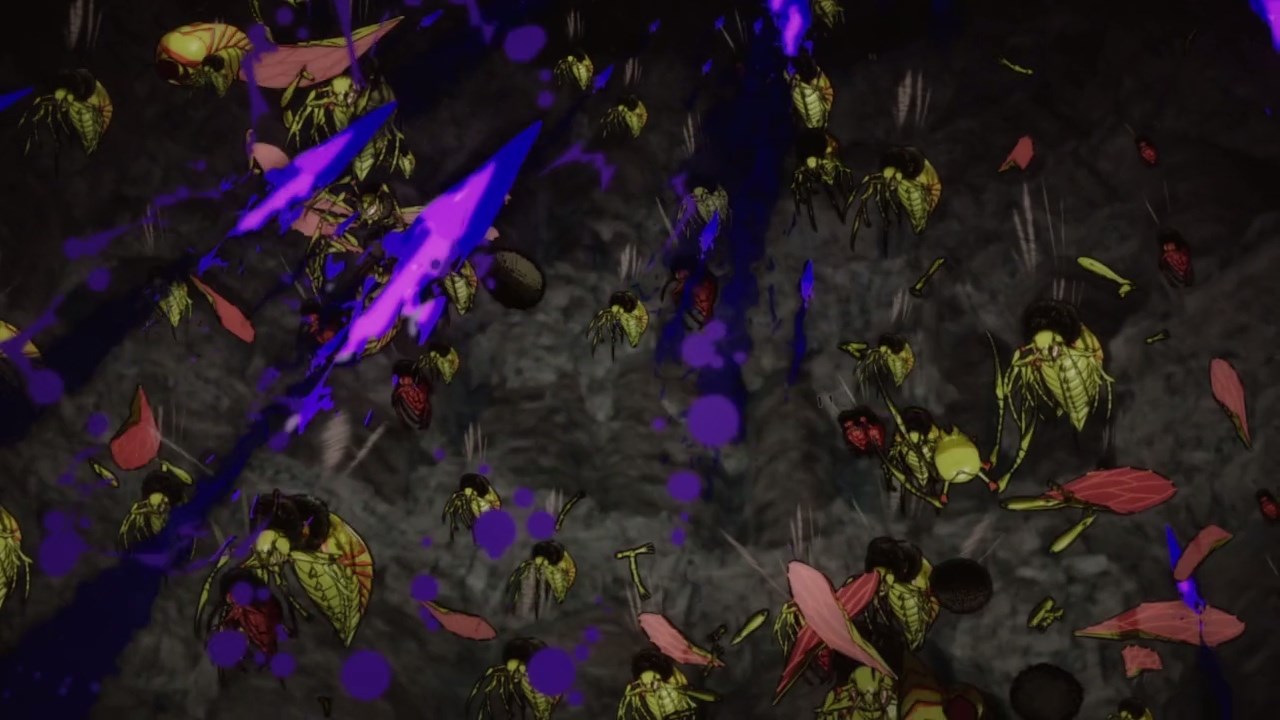 But speaking of Ms. Spider, she’s gonna commit genocide against the Finjicote as she casts black magic to obliterate their hive. Looks like these hornets shouldn’t mess with an intelligent spider. 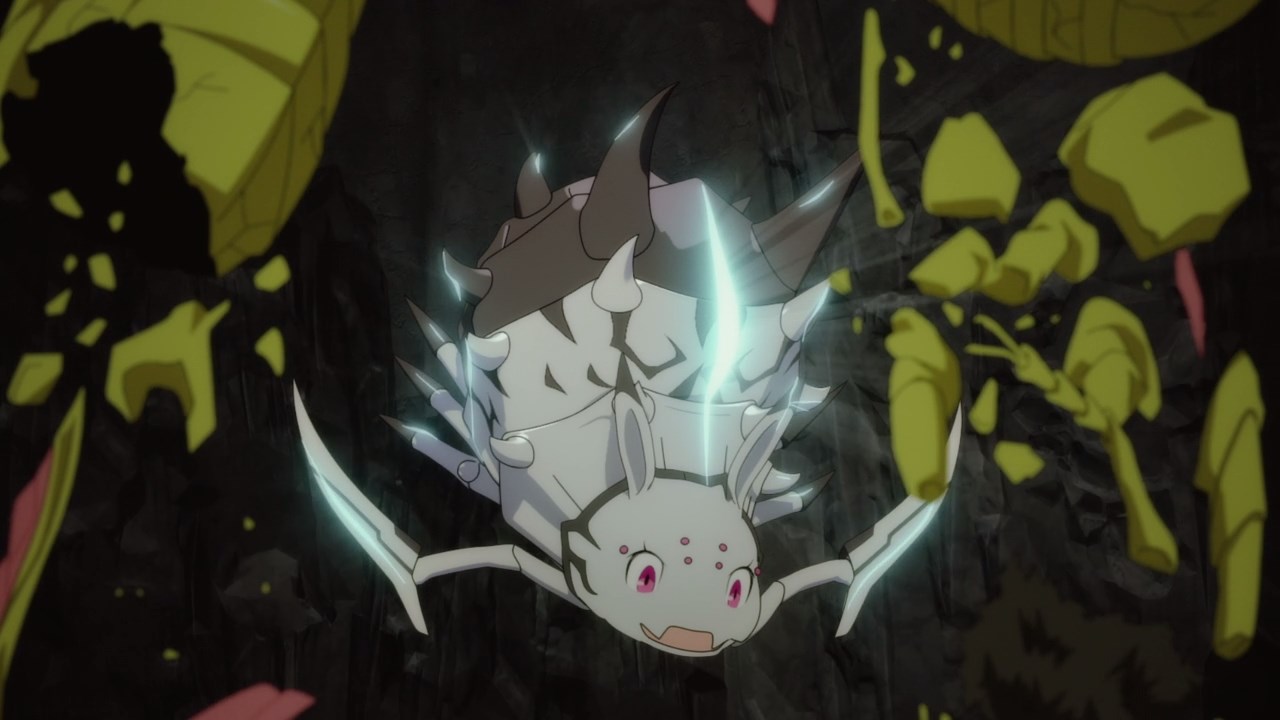 And so, the Finjicote have been wiped out, which is okay for Ms. Spider as she doesn’t want any distraction when tackling on Earth Dragon Araba. With that said, I’ll see you on the next episode where Ms. Spider will take on her arch-nemesis.