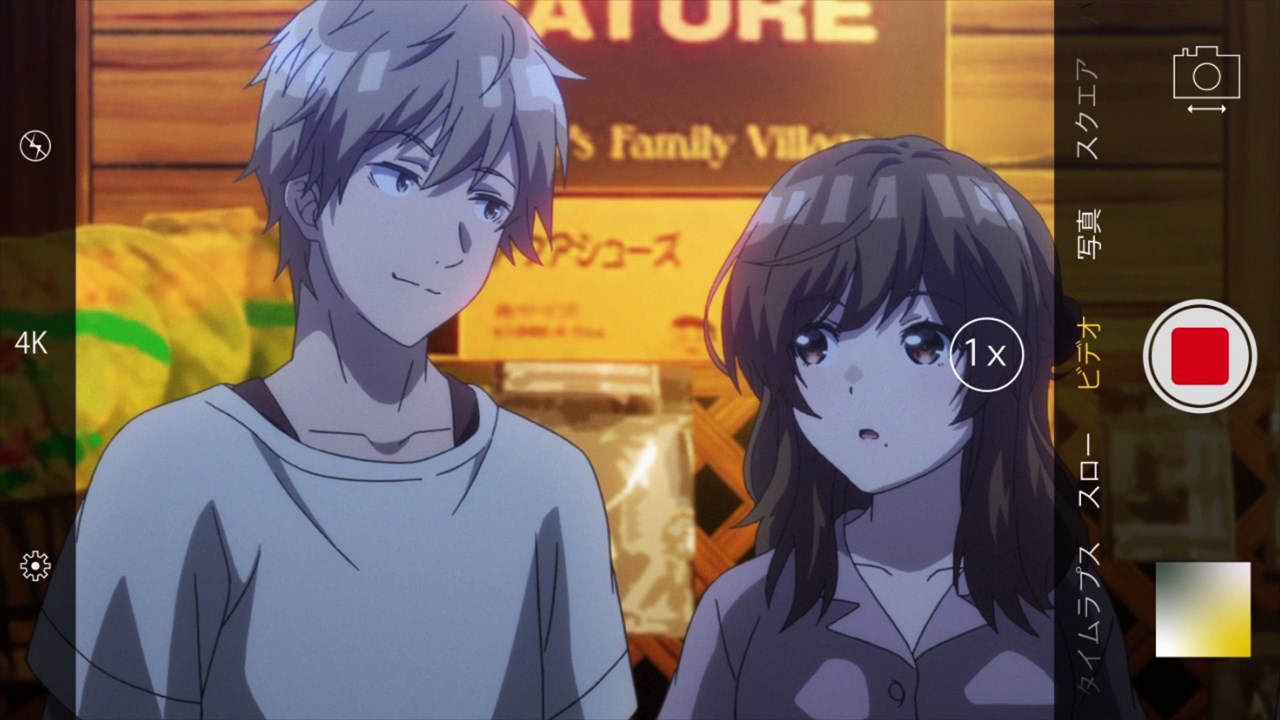 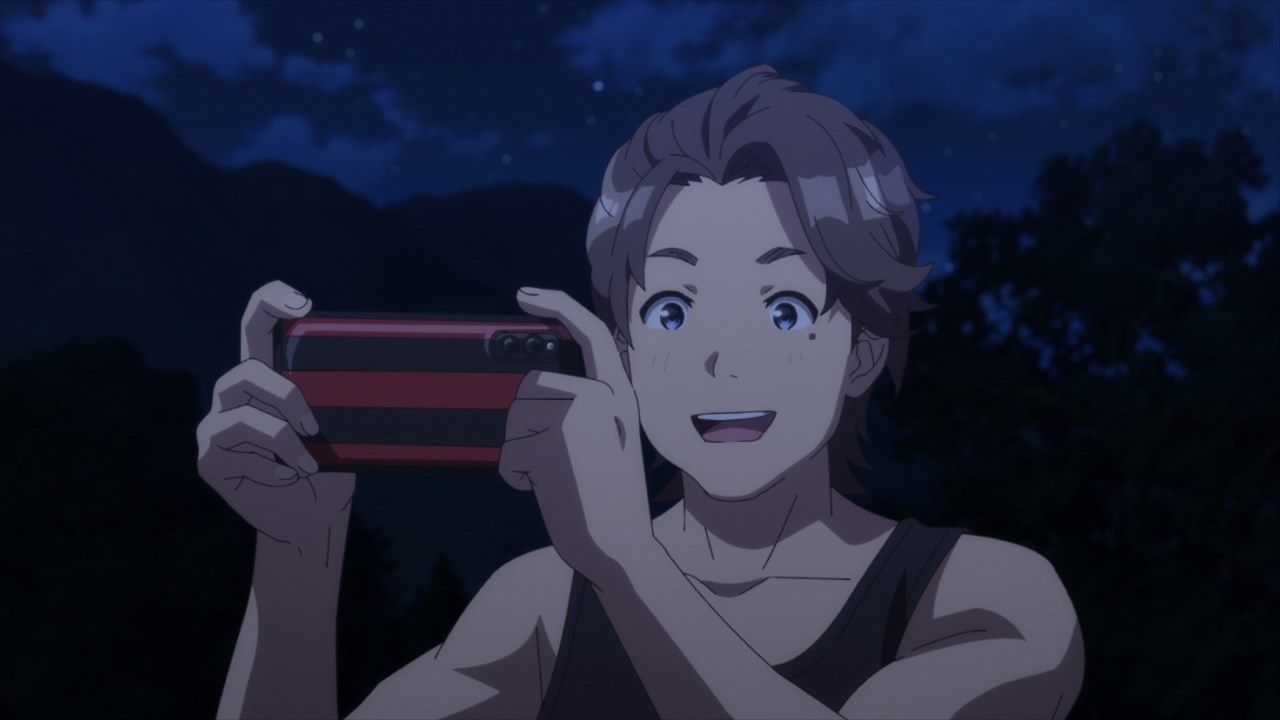 Well everyone, looks like their camping trip is winding down after their test of courage. But as you can see, Takei-kun is taking a commemorative picture of both Shuji Nakamura and Yuzu Izumi, although I’m hoping that those two become lovers after this trip. 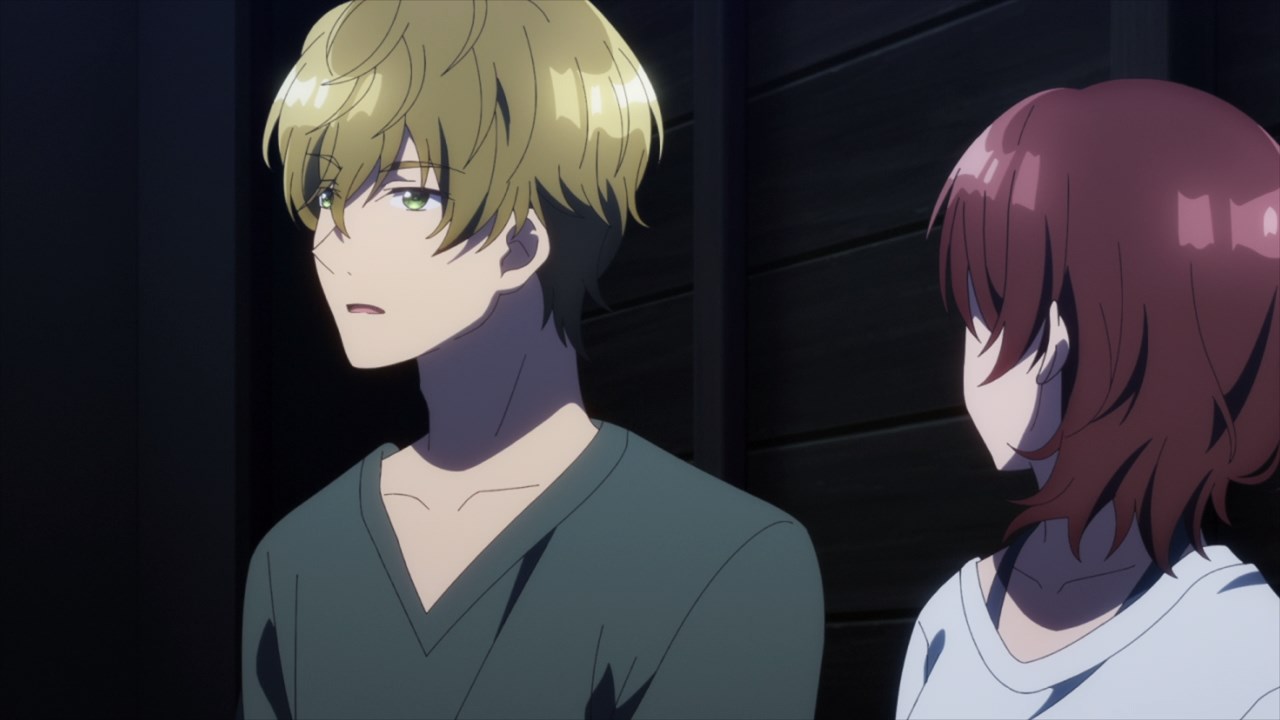 Meanwhile, here’s Takahiro Mizusawa and while there are rumors about him dating a girl outside Sekimoto High School, it seems that Takahiro wants to have a serious talk to Aoi Hinami where he wants to share his true feelings to the person he really trust.

Turns out, this person Mizusawa really trusted is Hinami as he told Aoi-chan that he really loves her. However, it appears that Aoi Hinami decided to keep that perfect student façade, despite the fact that Takahiro Mizusawa removed his cool guy mask in order to confess his love for Hinami. Poor Mizusawa… 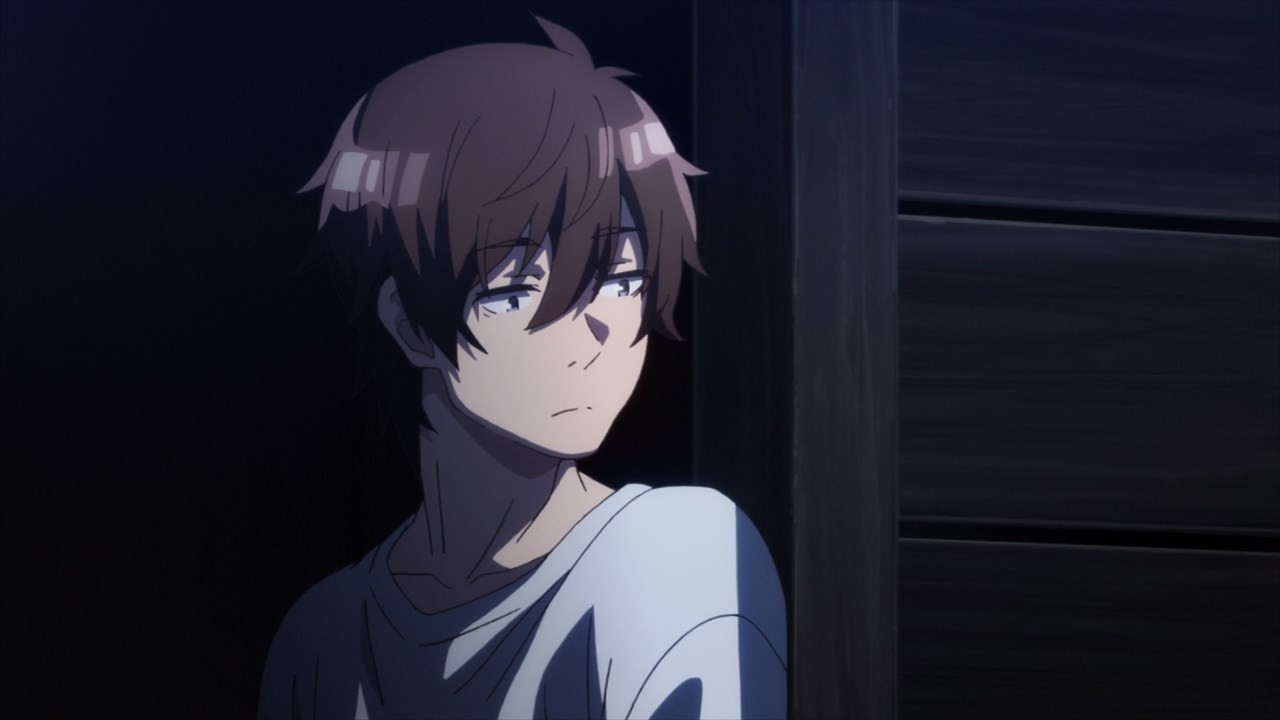 On the other hand, here’s Fumiya Tomozaki where he heard about the conversation between Mizusawa and Hinami. I have to say that Tomozaki-kun is shocked when Mizusawa decided to drop his cool guy look in favor of telling his true feelings.

As for Aoi Hinami, she told Mizusawa to forget about the conversation as she doesn’t want to talk about serious topics like romance. 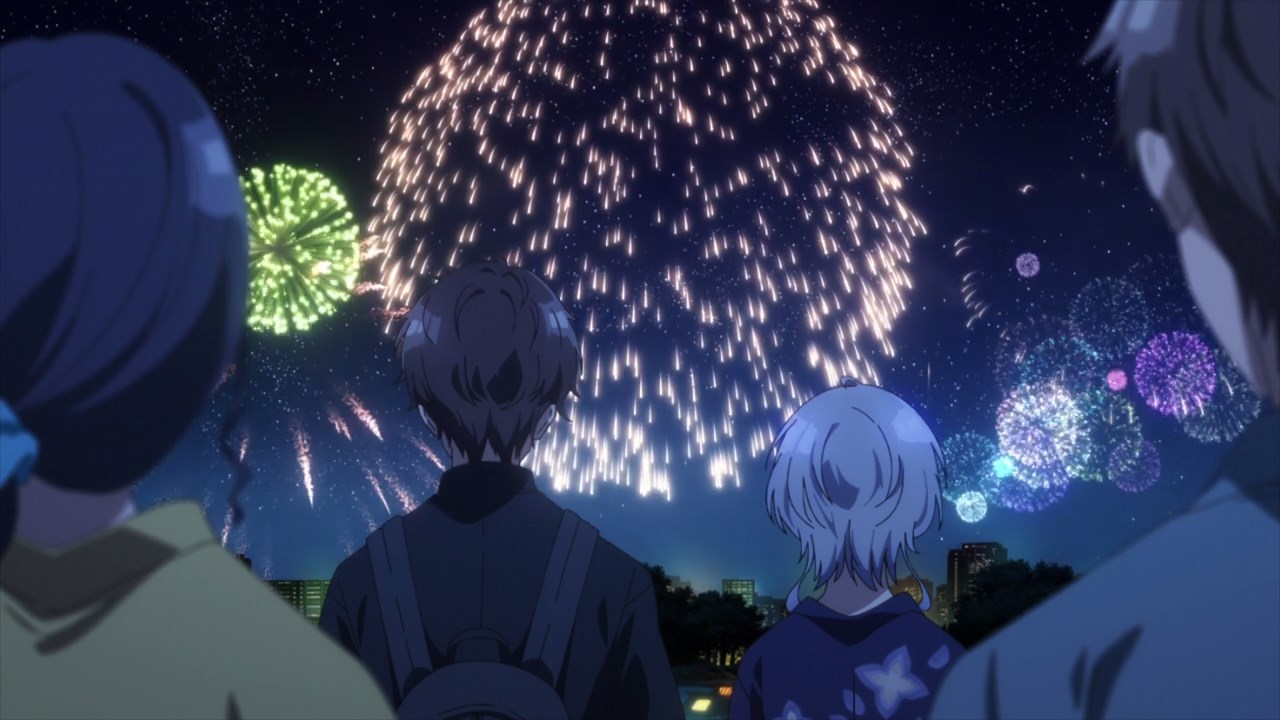 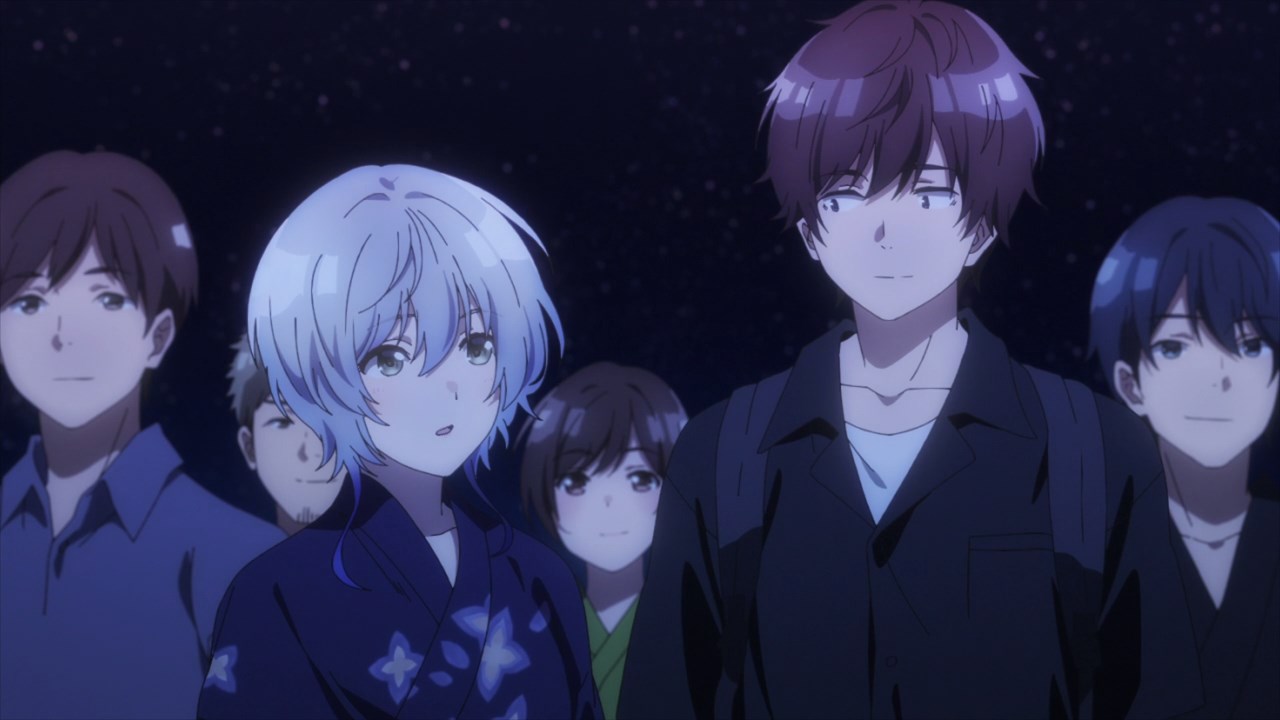 Speaking of Kikuchi, she told Tomozaki-kun that he’s easier to talk this time around. C’mon, Fumiya doesn’t want to talk about complicated things to Fuuka that she might get lost in the conversation.

Unfortunately, Fumiya Tomozaki didn’t confess his feelings for Fuuka Kikuchi even after setting up a good mood for her. Could it be that Tomozaki still thinks about what Mizusawa said to Hinami back in the camping trip? 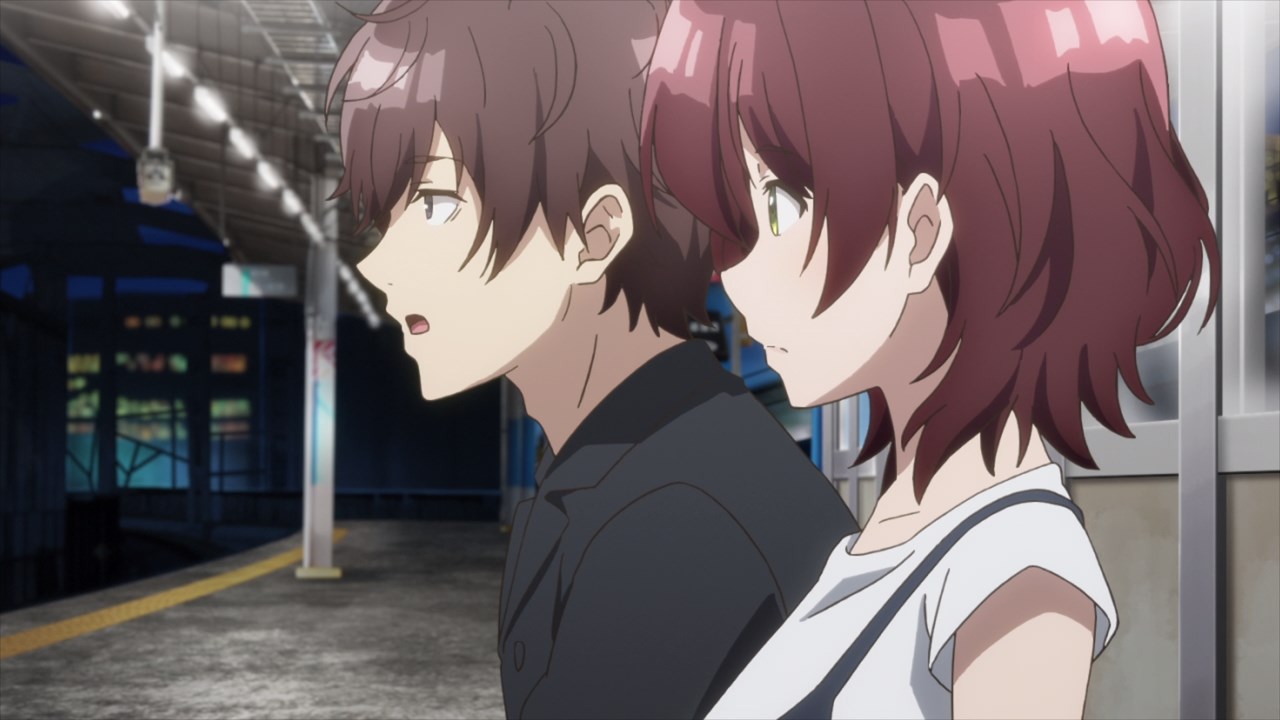 In any case, Fumiya Tomozaki went to see Aoi Hinami and told her that he didn’t confess his feelings to Fuuka Kikuchi. Oh, and it’s not like he can’t do it, it’s just that Tomozaki doesn’t feel that he’s actually in love with Kikuchi in the first place. 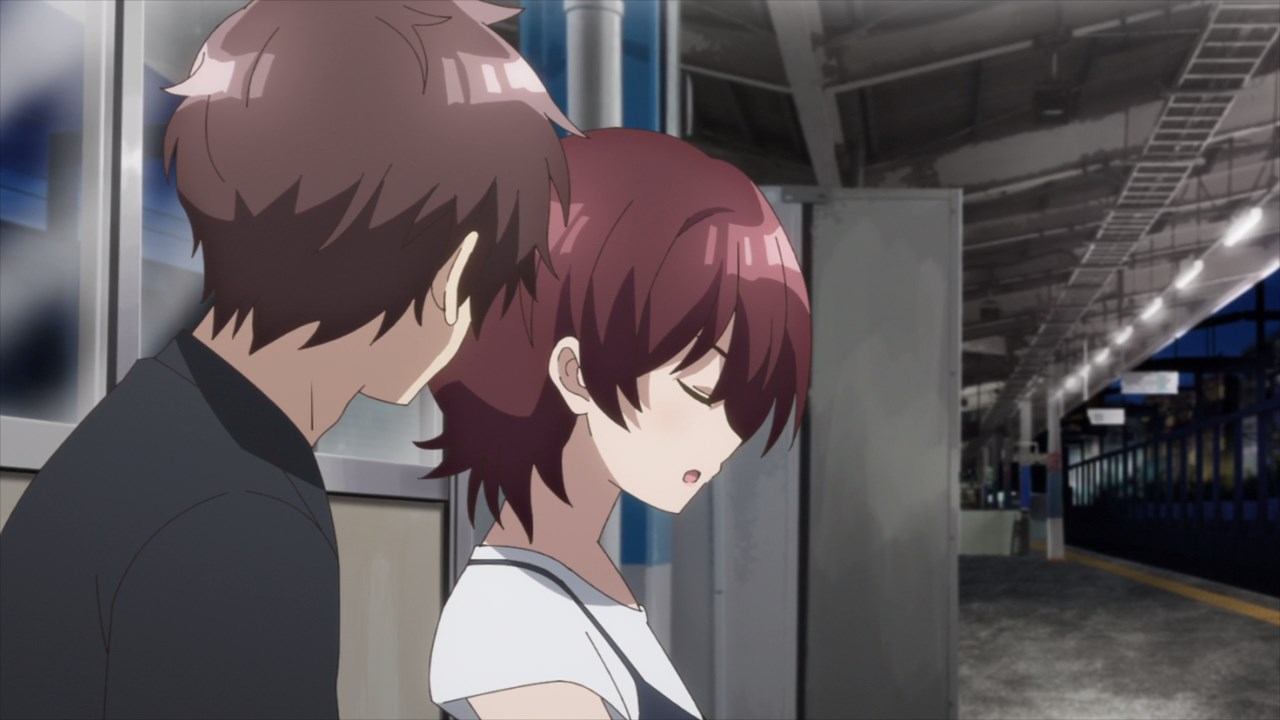 For Aoi Hinami, she’s really disappointed towards Tomozaki-kun as she felt that he’s abandoning her teachings on how to be a better person in real life.

Um Hinami, you got it all wrong because Tomozaki-kun is not abandoning your teachings, it’s just that he’s starting to learn more on interacting with his fellow beings on his own terms rather than treating it like a video game. Then again, Hinami didn’t get to realize his fruits of labor. 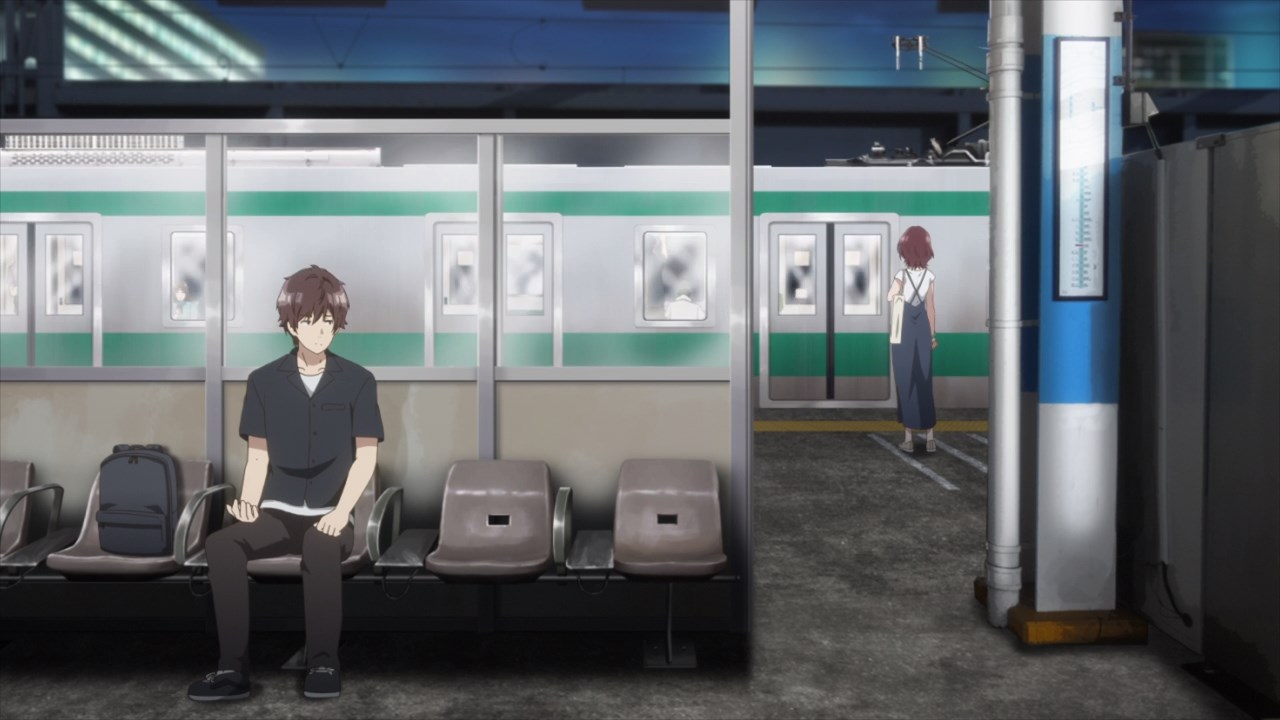 In any case, it seems that Aoi Hinami went home by herself as she’s disgusted that Fumiya Tomozaki became a bottom-tier character after teaching him various tips on surviving real world situations.

As for Tomozaki, he’s starting to develop himself personally rather that relying on strategies, although the biggest challenge will be saving Aoi Hinami as she’s acting weird ever since Takahiro Mizusawa talked to her.

With that said, tune in next time for the final episode where Fumiya Tomozaki will face his biggest challenge yet.