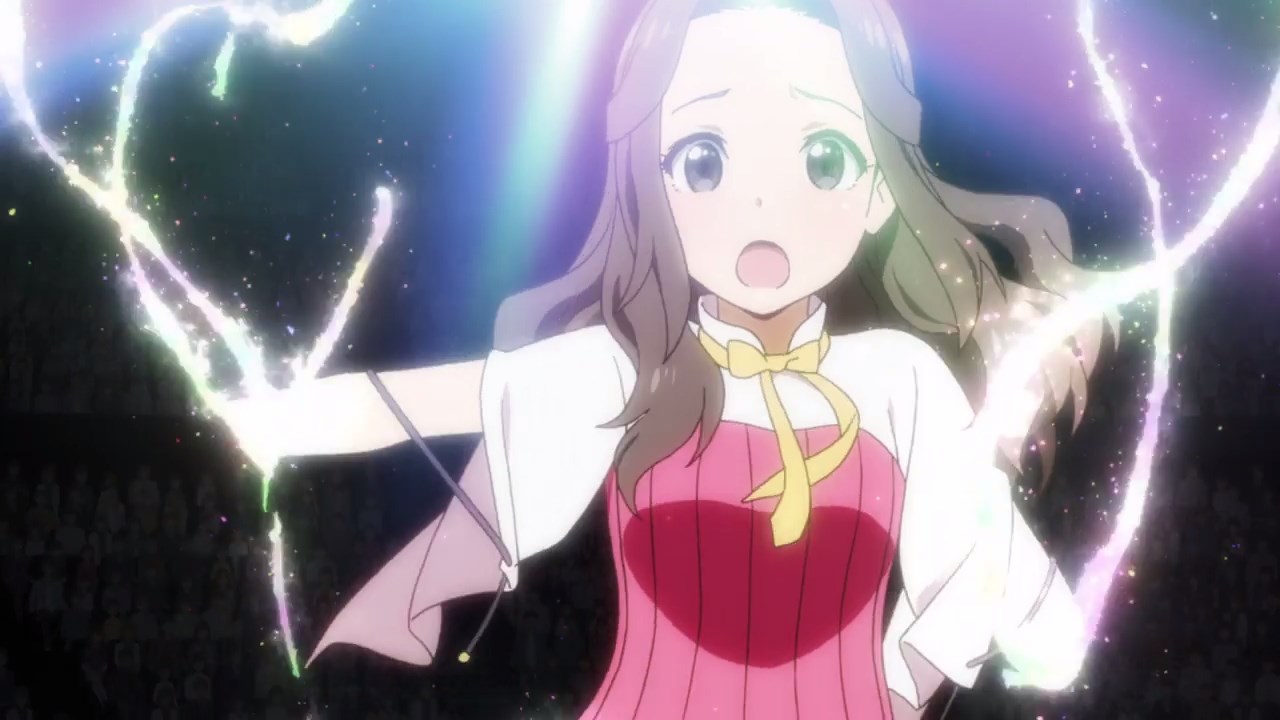 Well everyone, the end of the world has finally arrived as everyone is disappearing due to the Grand Material System going haywire. I mean, look at the leading actress of Super Material Theater as her arms are fading away. 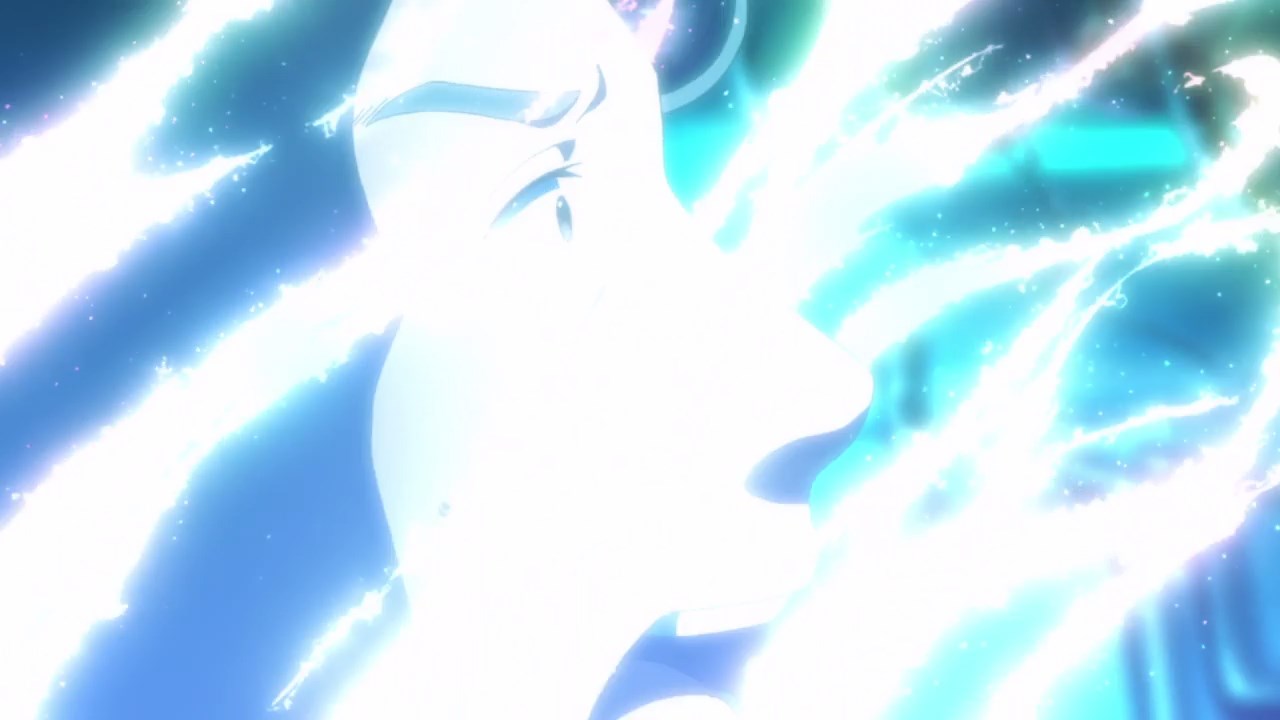 Even Masahiro Mino couldn’t stop it as his body is fading away. By the way, it appears that Mino-san knows Enri Viano’s plans but it’s too late now. 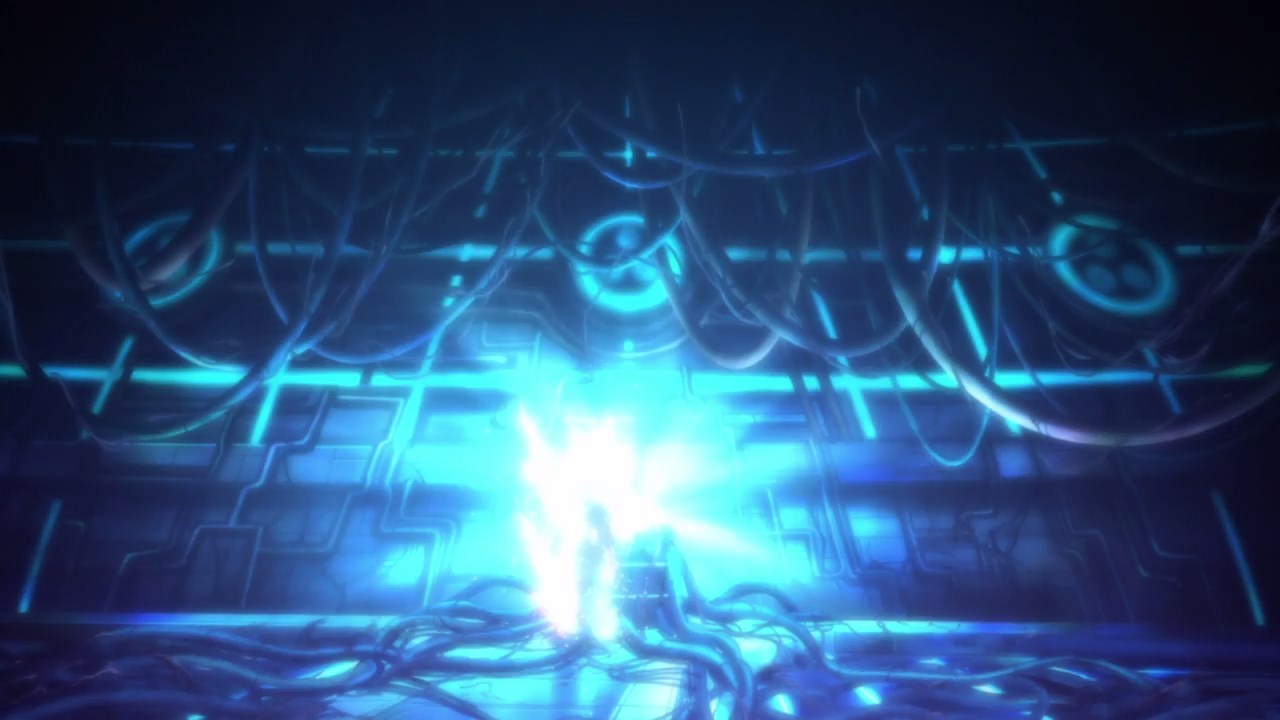 But yes, the Global Synchronic Urban Disappearance disaster has returned and it gets worse from there thanks to Hirokazu Takezaki and the Act Doll activating the GMS. 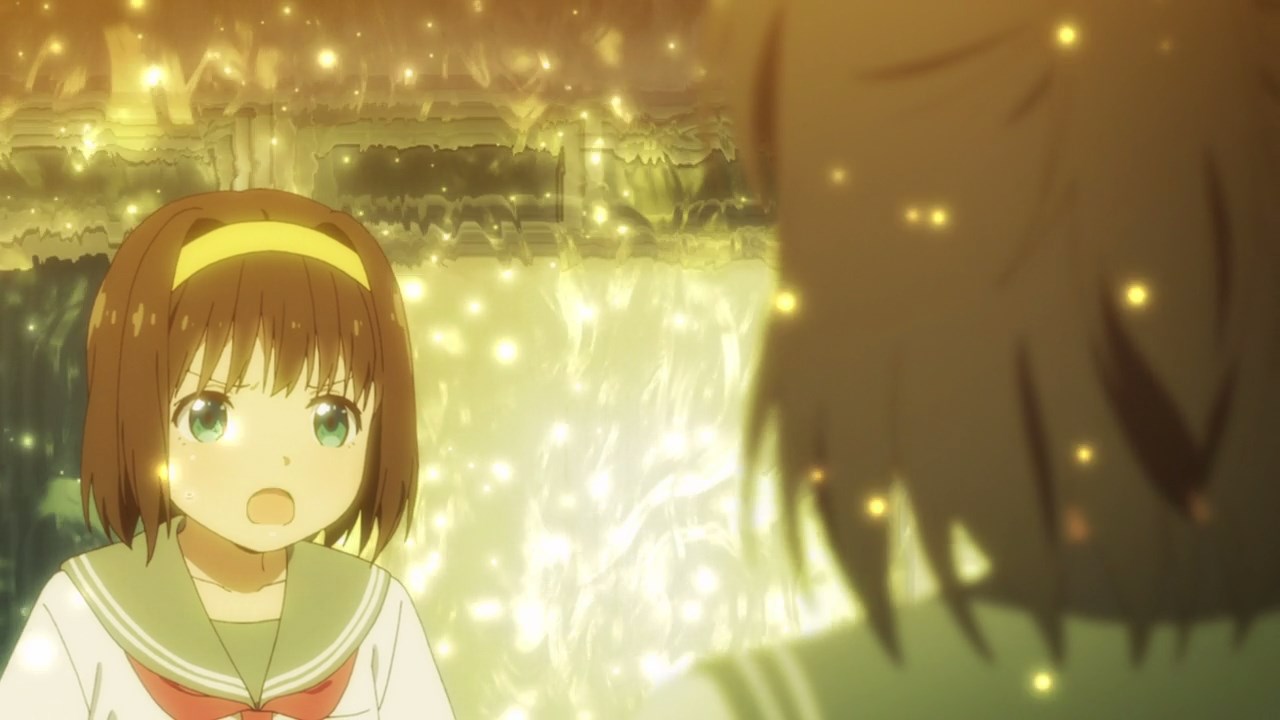 And while everyone is in a panic mode, you have Seria Morino where she continues to act together with Airi Kagami and Izumi Hinazaki.

As much as I applaud their dedication to continue the show, I’m really scared that they might disappear once the Grand Material System swallows the entire earth. 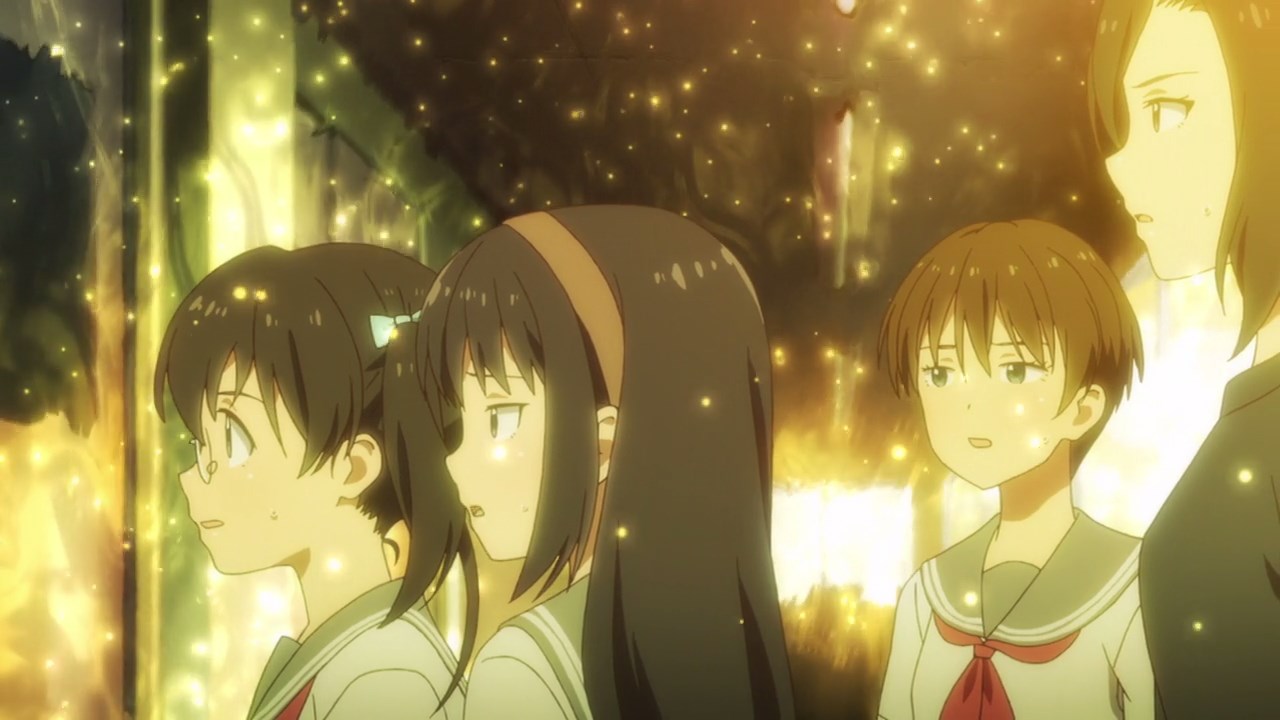 Hell, the likes of Aimi Fujita and Mayuri Nakamura are really stunned that despite the world is about to end, you have actresses like Seria, Airi, and Izumi playing their role until the stage play ends. 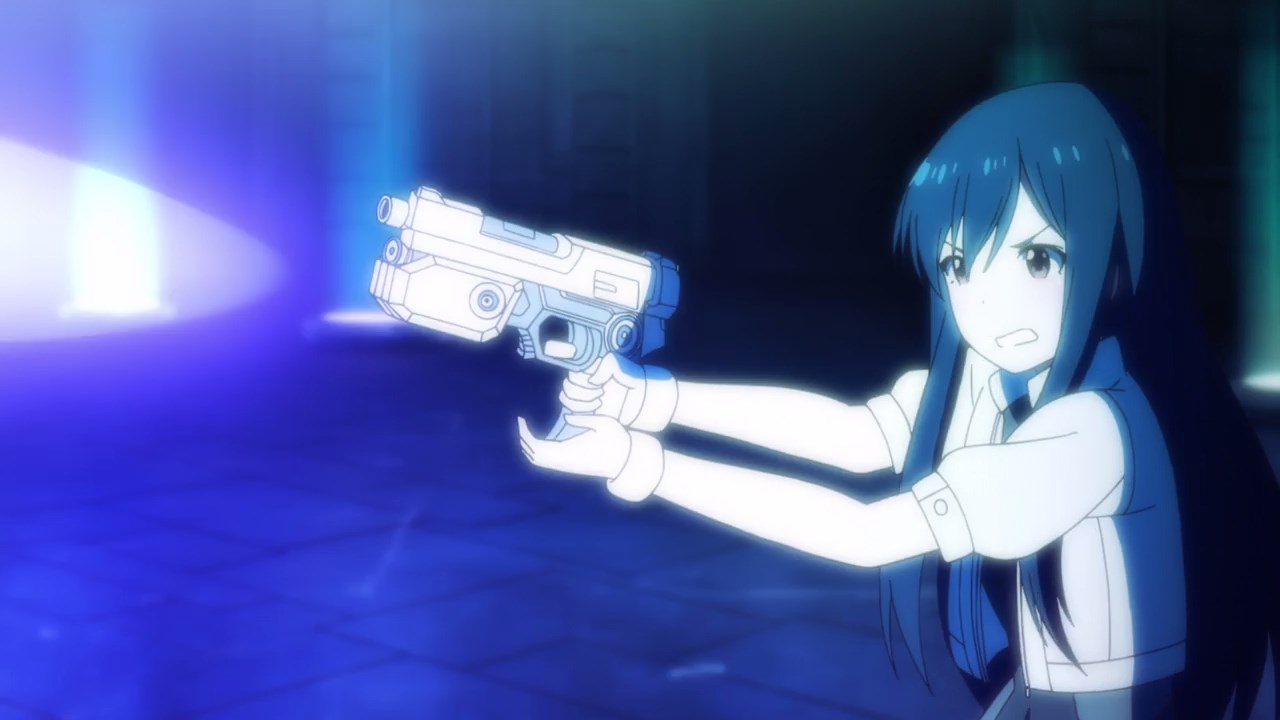 Now let’s go to Kaoru Sakakibara where she finally regained her senses and attempts to stop the GMS from wiping the entire earth by destroying its core.

Sadly, turns out that the core contains Hirokazu Takezaki and Doll in which there’s no way Kaoru will stop the system. Man, Sakakibara should have destroyed the Doll completely instead of pushing it off from the rooftop.

Oh and here’s the thing though as Azusa Rukawa planned to use the Grand Material System to capture all humanity and sent them to the past in order to save the future. But even then, Kaoru Sakakibara won’t allow Azusa (or Enri Viano) to accomplish her destructive plan. 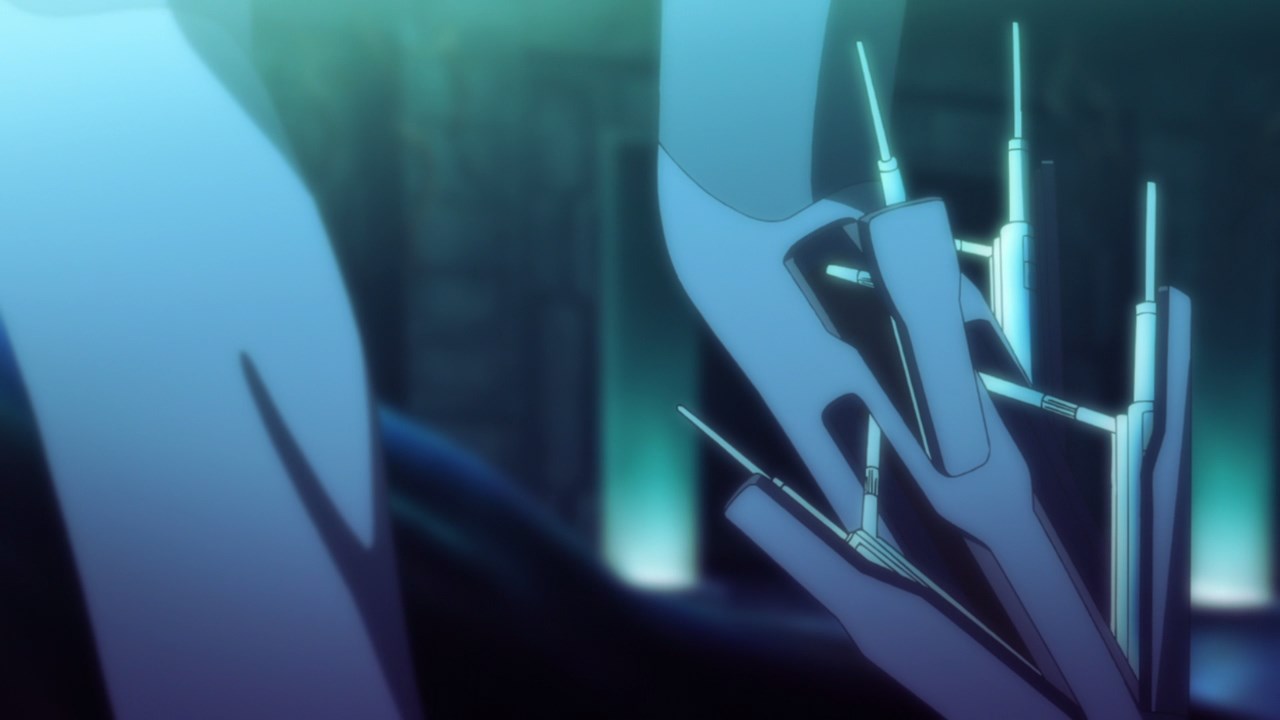 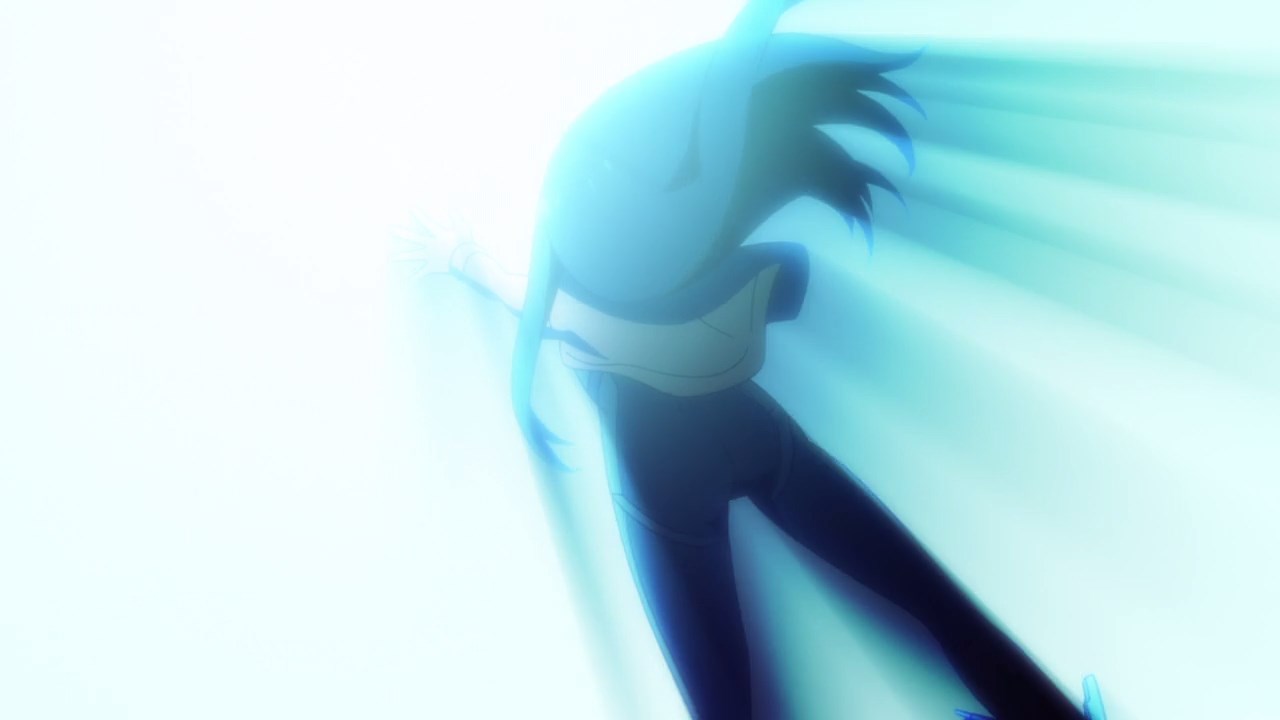 Speaking of Sakakibara, she doesn’t give up where Kaoru decides to disengage the limiters and goes into overdrive. But even if she tries to overpower the core, it appears that Kaoru’s efforts are ineffective as the Grand Material System is about to unleash a disastrous wave of dimensional energy. 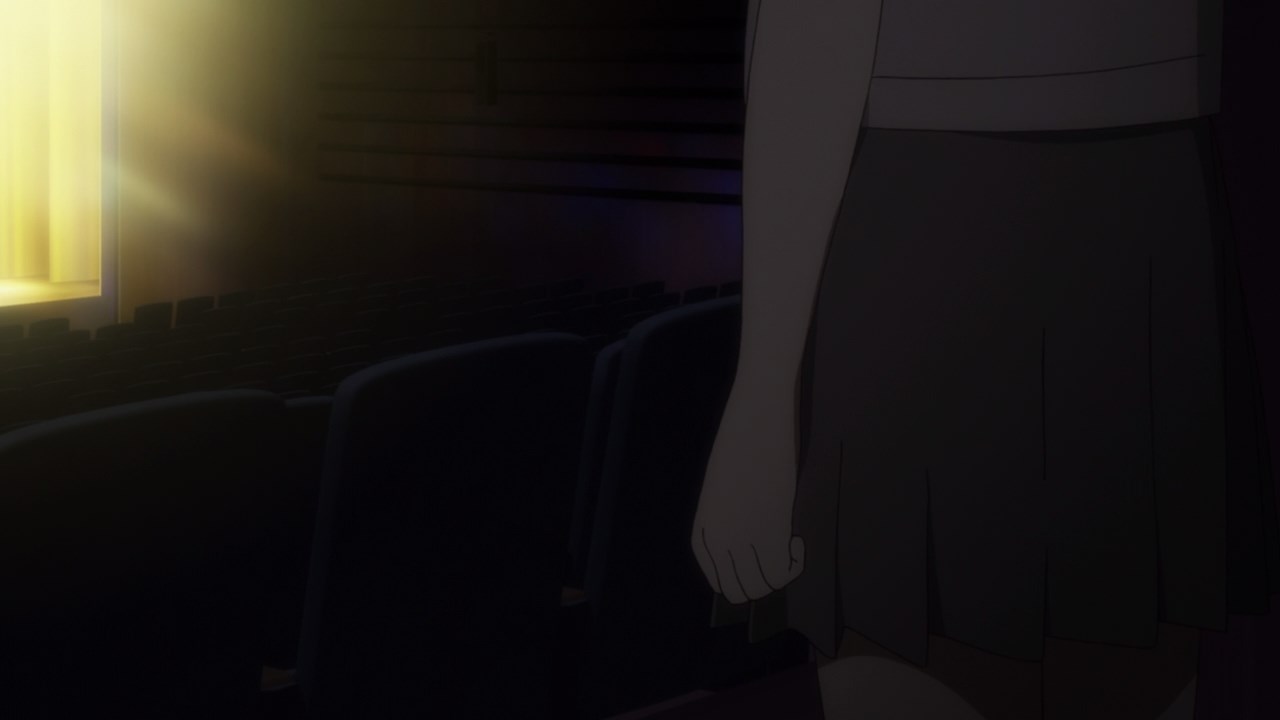 With that said, it’s time for the climax as Azusa/Enri is expecting the tragic end of both Kaoru Sakakibara and Miki Andou on that fateful day.

If Seria Morino and the rest of Alice in Theater re-enact the tragic events of Rukawa’s life, her plan of sending all of humanity back in time and rewriting it will be successful. 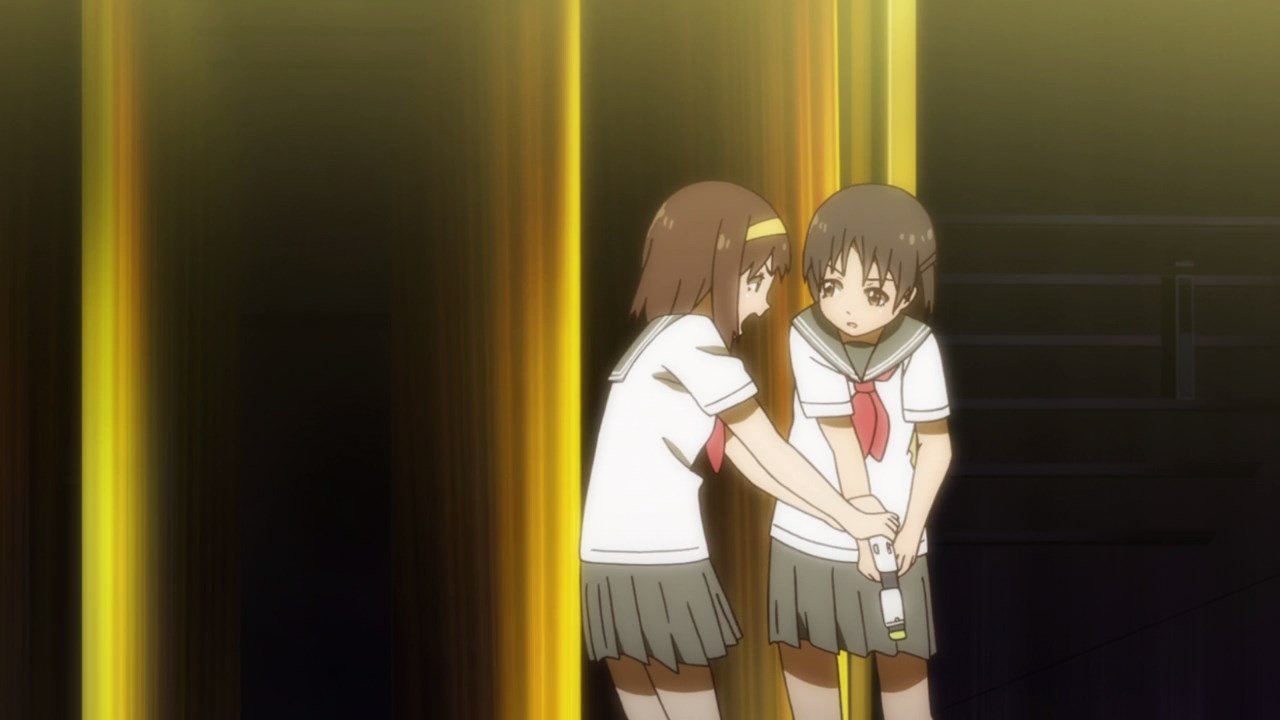 Unfortunately, it appears that they didn’t follow the exact script as Alice in Theater created a brand-new ending since Azusa Rukawa’s diary is incomplete, therefore Enri Viano found out that Seria and the rest deviate the story.

Wait a minute, I smell some Revue Starlight vibes there as Seria Morino tries to rewrite the ending much like Karen Aijou. 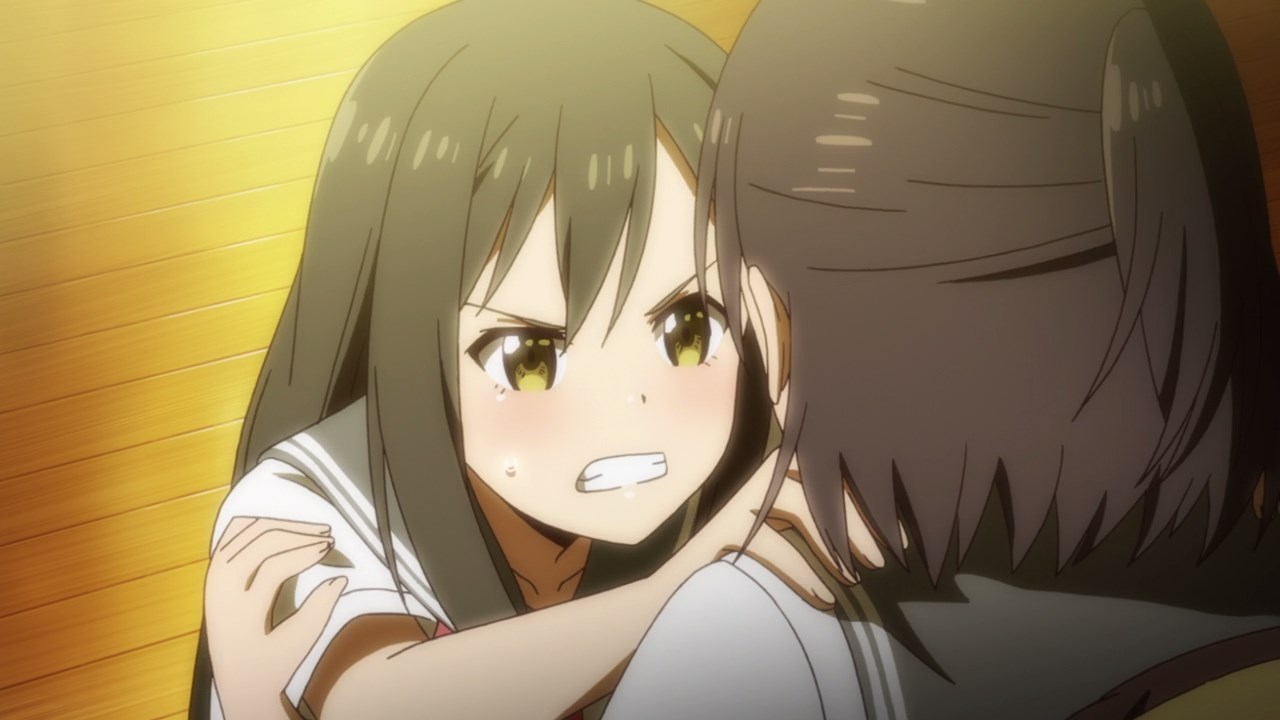 Anyways, the story has shifted from the stage play based on Azusa Rukawa’s diary, to Alice in Theater itself where Seria Morino, Airi Kagami, and Izumi Hinazaki argued about their shared dreams while putting their friendship to the test.

For Airi Kagami, she hated Hinazaki for being selfish on her decision to leave the troupe, but Izumi really cared about Alice in Theater after being blinded by the limelight for so long. Of course, Izumi doesn’t like Seria Morino for not only stealing her leading role but her best friend Airi. 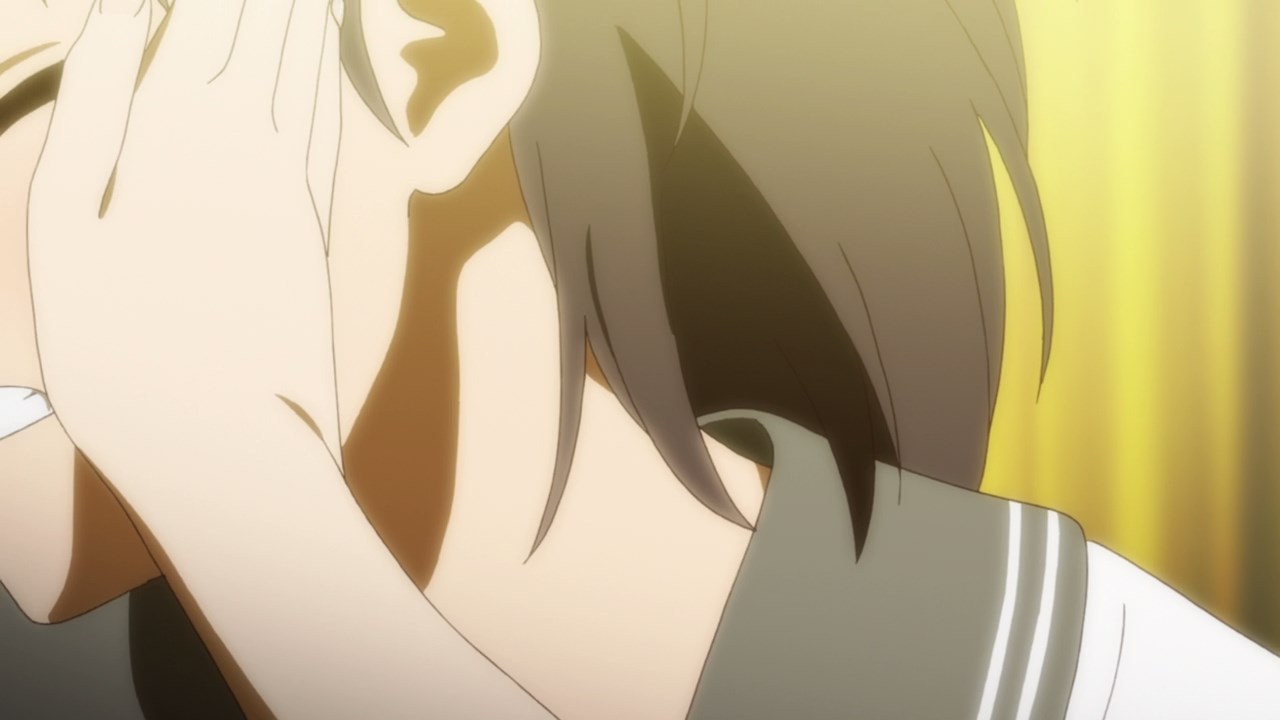 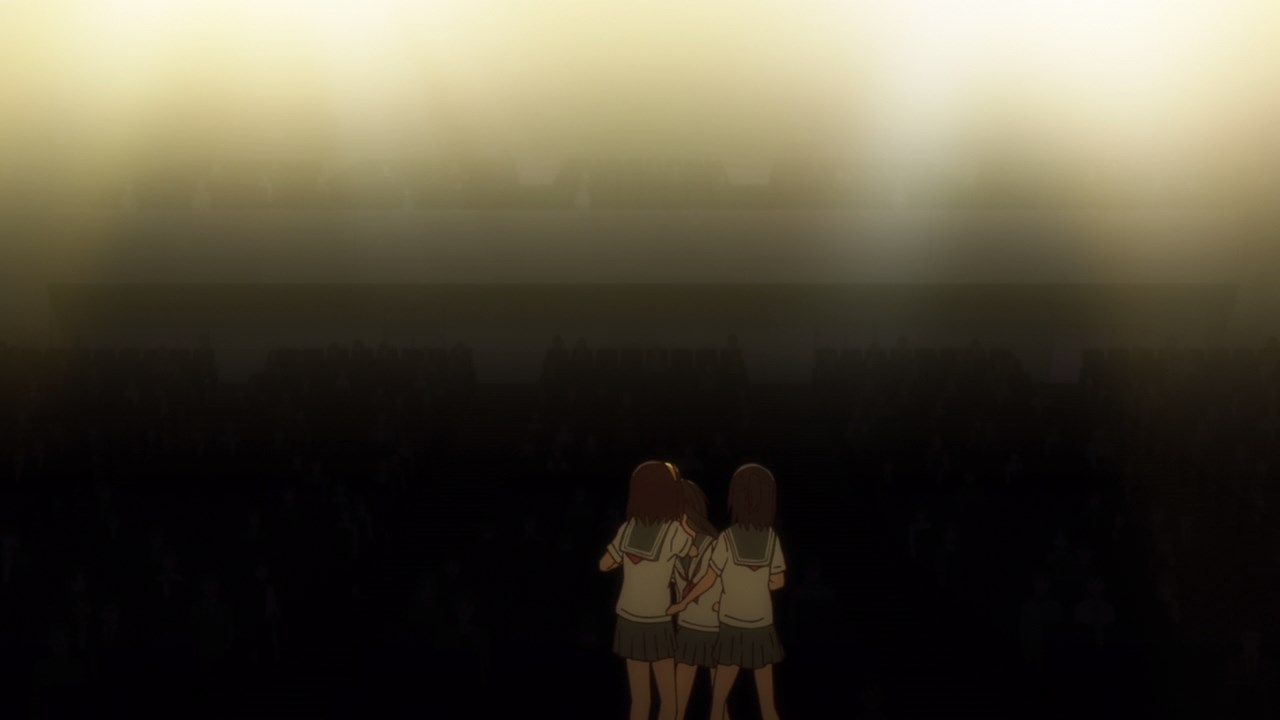 But speaking of Seria Morino, it seems that she gave both girls a nasty slap to the face as Seria told both Airi and Izumi that they should understand each other more rather than arguing all the time. 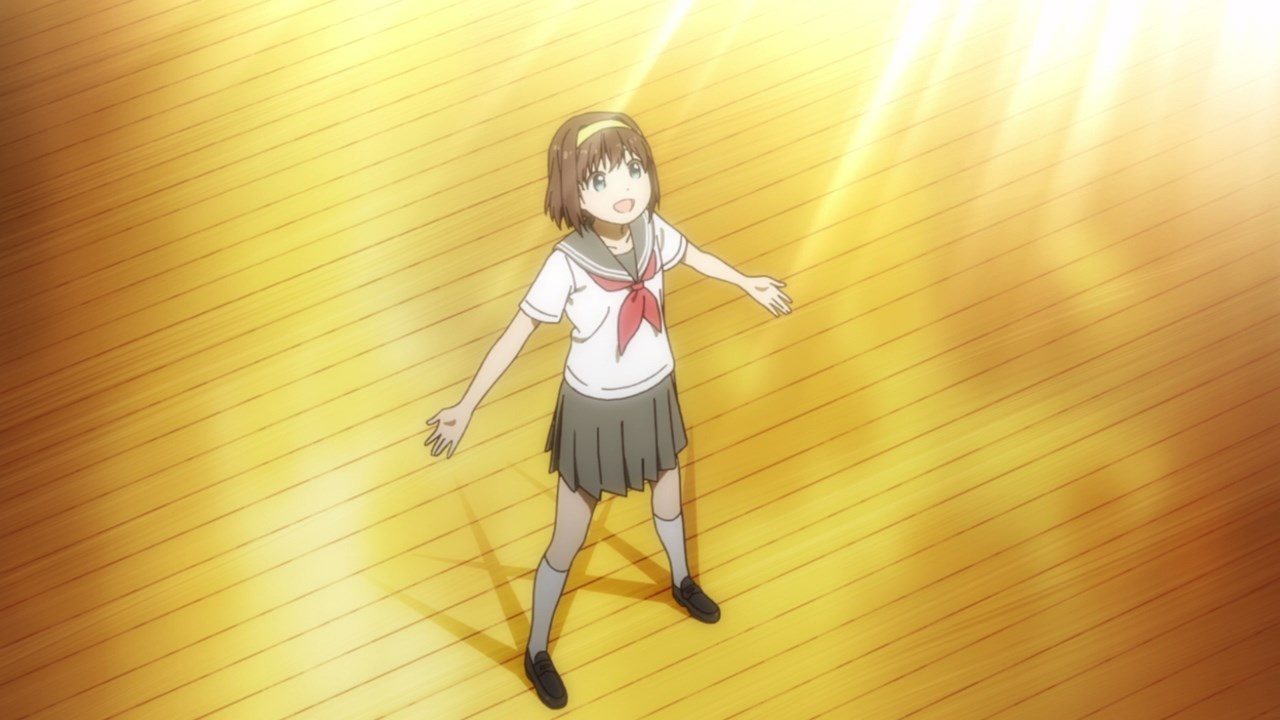 I have to say that for a girl who lost her twin sister in that accident, I say that Seria has reached maturity where she overcome her inner demons and realize that she can create possibilities rather than having her destiny being manipulated by outside forces.

With that said, I feel that the Chrono Gazers stage play, or rather the entire story of Alice in Theater has come to an end where Seria Morino changed a tragic ending into a hopeful one. 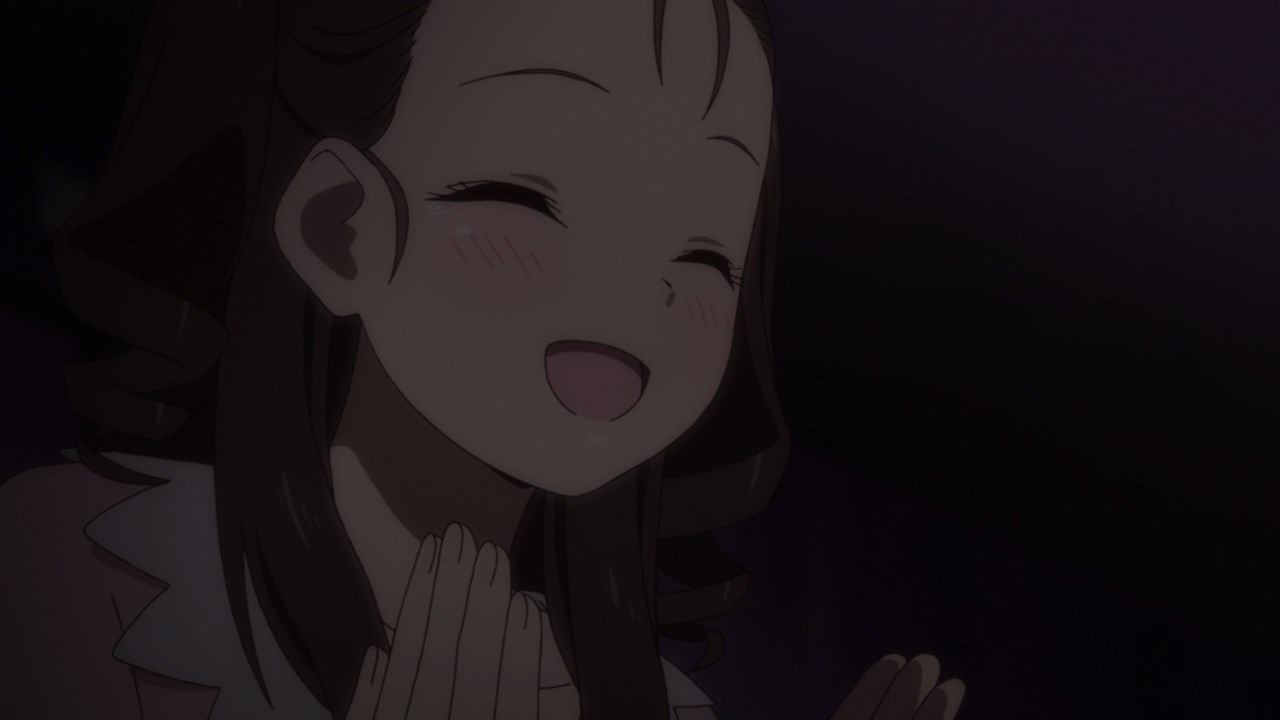 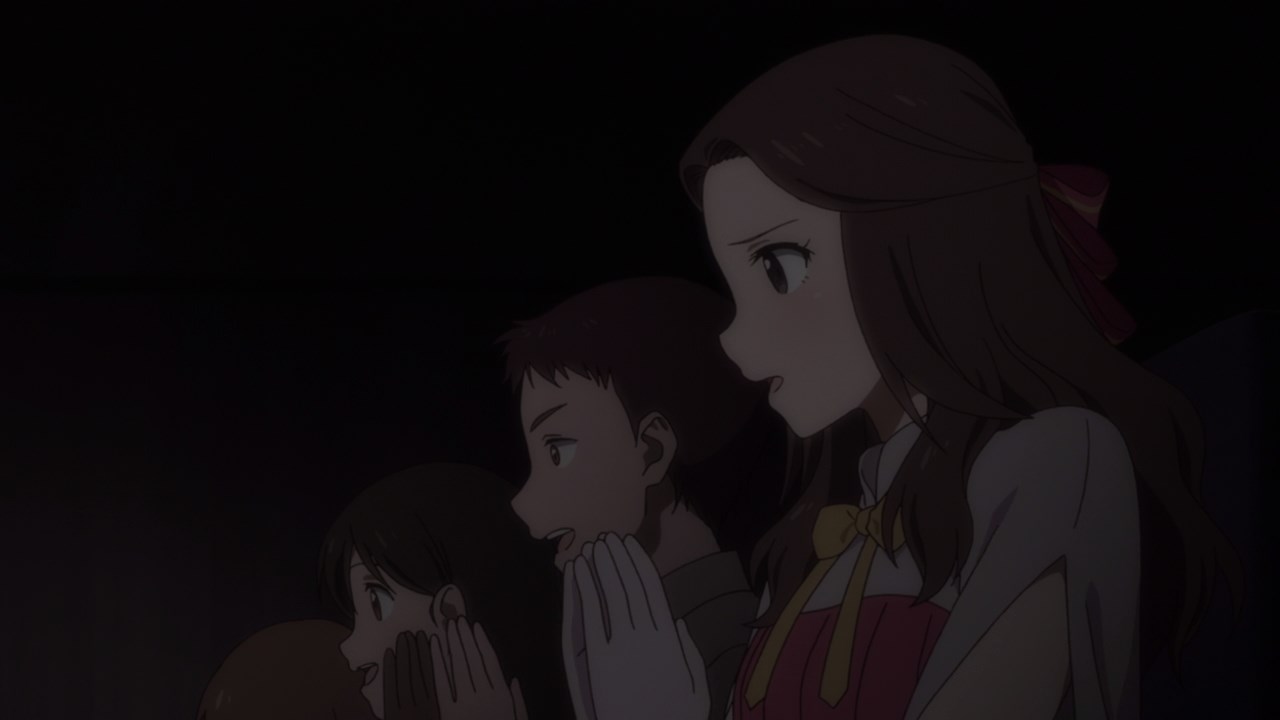 And really, everyone love it as they gave the actresses a round of applause. Heck, even the leading actress from Super Material Theater was surprised by their performance despite coming from a shabby troupe. 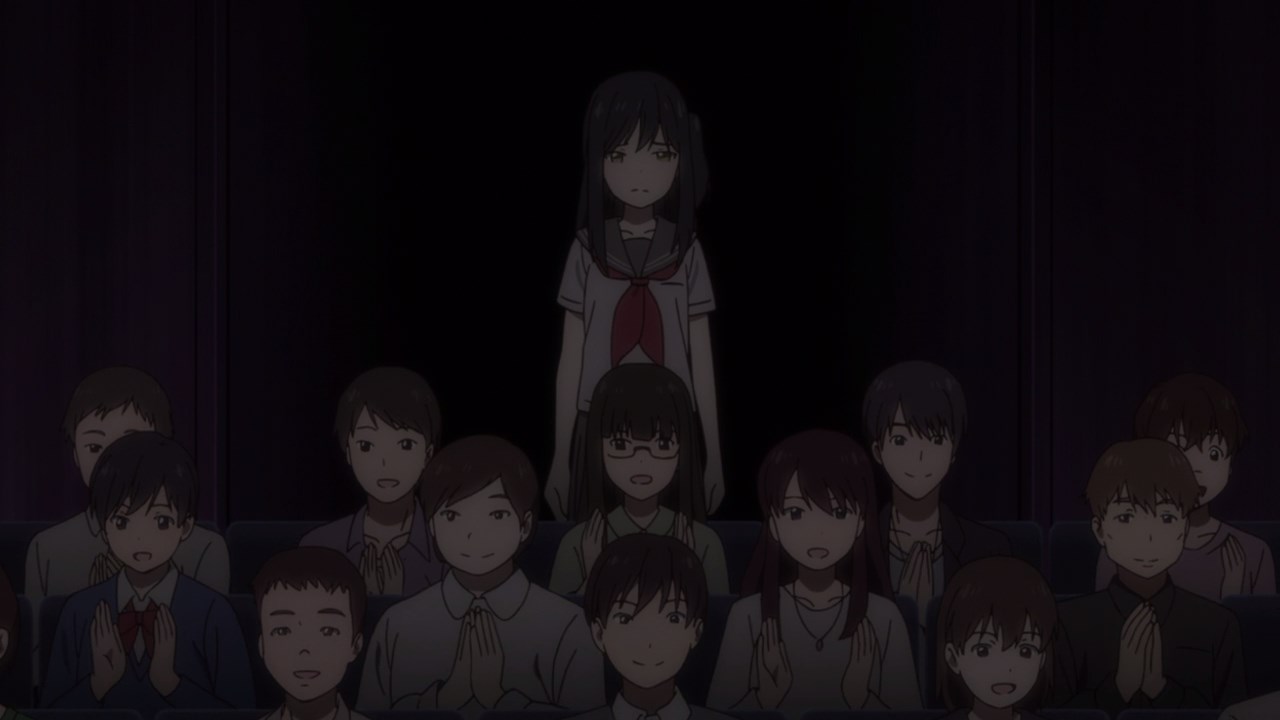 As for Azusa Rukawa/Enri Viano, it appears that her plan has failed thanks to Seria Morino and her friends changing the script. Then again, there’s the Grand Material System where it’s about to explode in the current timeline.

Oh yeah, here’s Hirokazu Takezaki where he’s inside the core and he’s hugging Doll as if Takezaki found Miki Schteinberg after many years of searching.

Then again, I have no sympathy towards Hirokazu-san for stealing everything from Alice in Theater even though Enri Viano used Takezaki’s dream and was blinded by it. Dammit, I hate his guts! 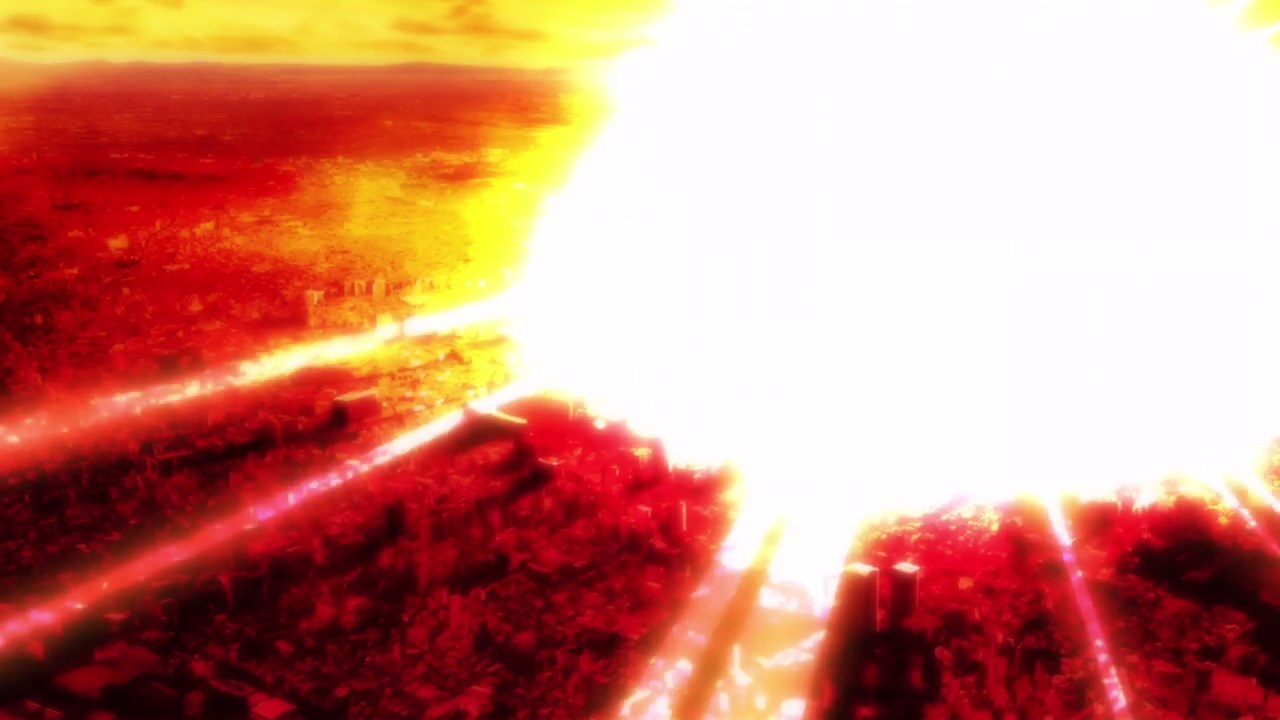 In any case, even though Seria and her friends changed the script, the world still ends as the Grand Material System exploded until there’s nothing left. This series reached its bad end… or is it? 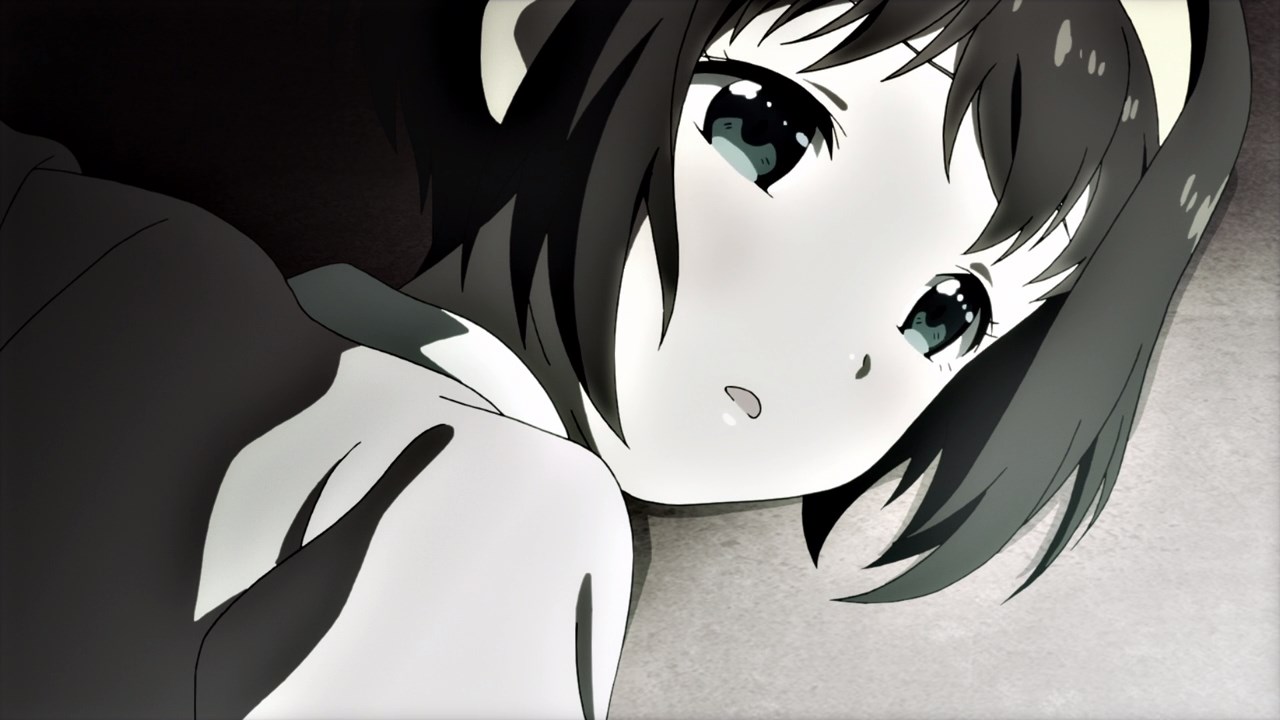 Well then, here’s Seria Morino where she’s back to her young self. Could it be that Seria went to the past, or it’s just a dream? 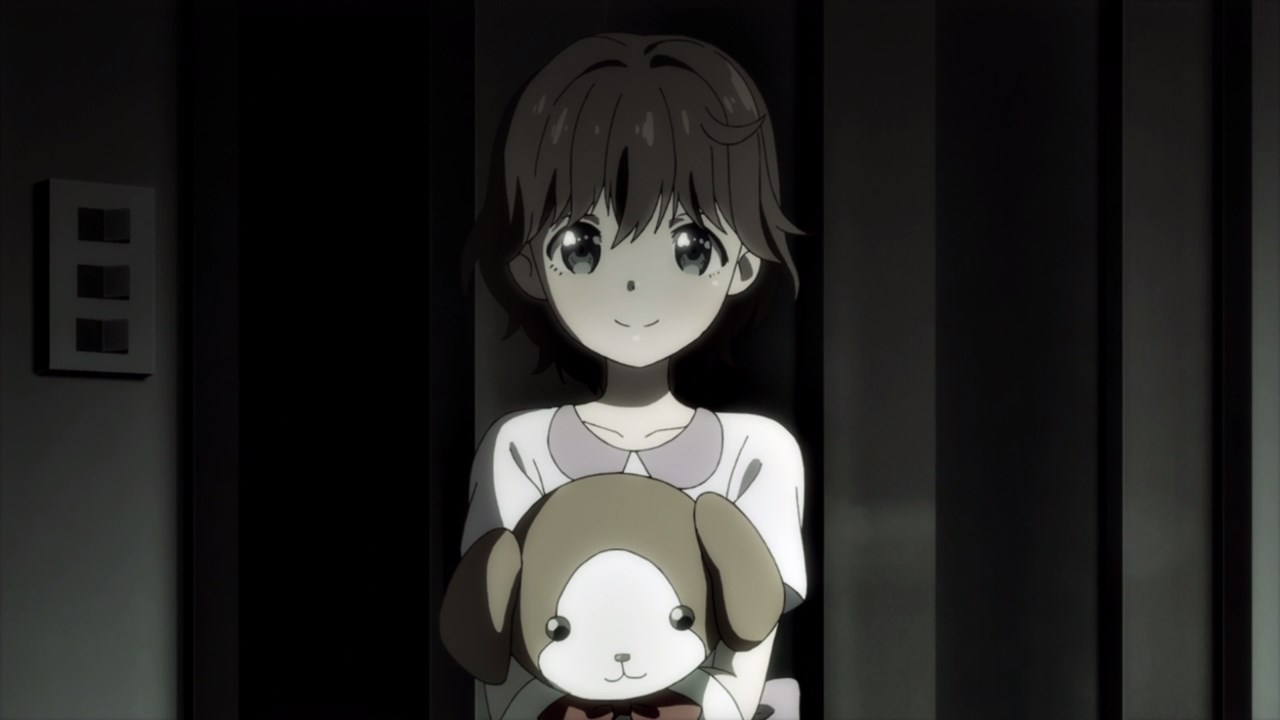 On the other hand, it appears that Seria saw her twin-sister Alice as she’s back home together with her parents. Looks like she has a family to return to rather than living her miserable life by herself.

You know something, I have a theory that she and her fellow actresses from Alice in Theater managed to erase the entire Grand Material System plot, meaning that Enri Viano’s story has been written off and thus her plan of changing the future using advanced technology didn’t happen. 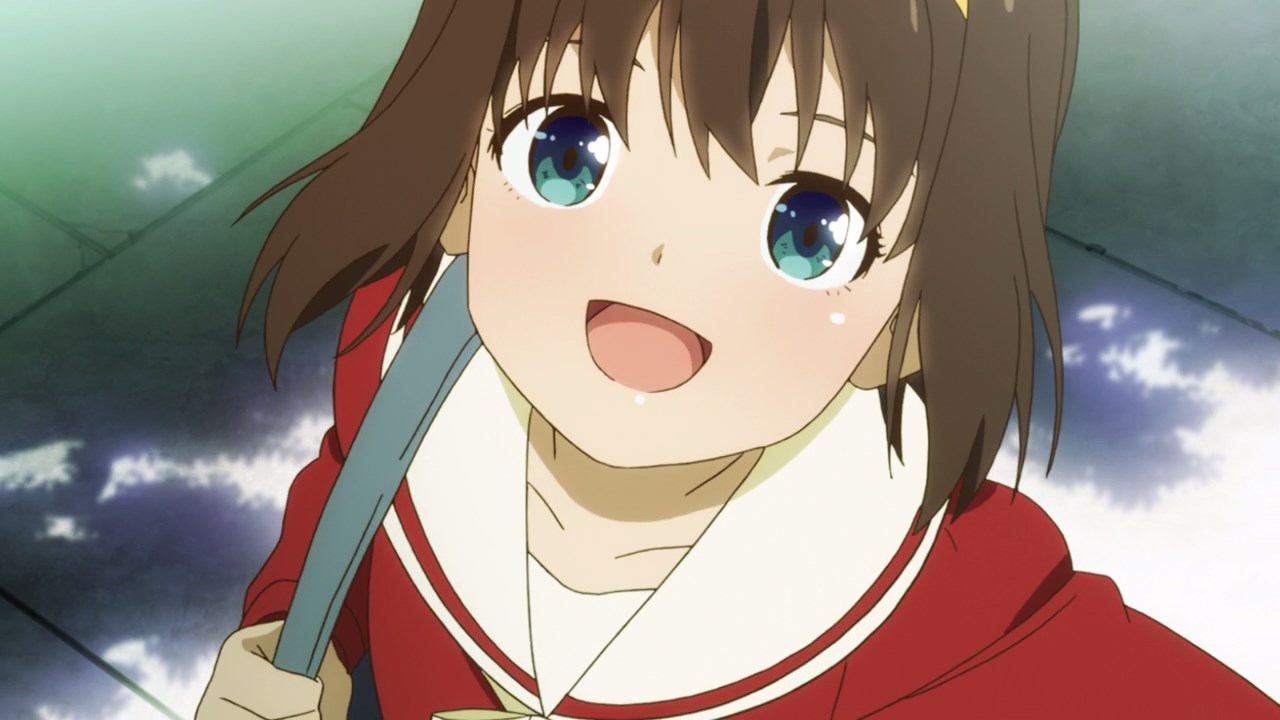 Anyways, this is the end of Gekidol as life returns to normal. Of course for Seria Morino, it appears that she’ll start her journey as an actress and we don’t know which theater troupe she’ll join. 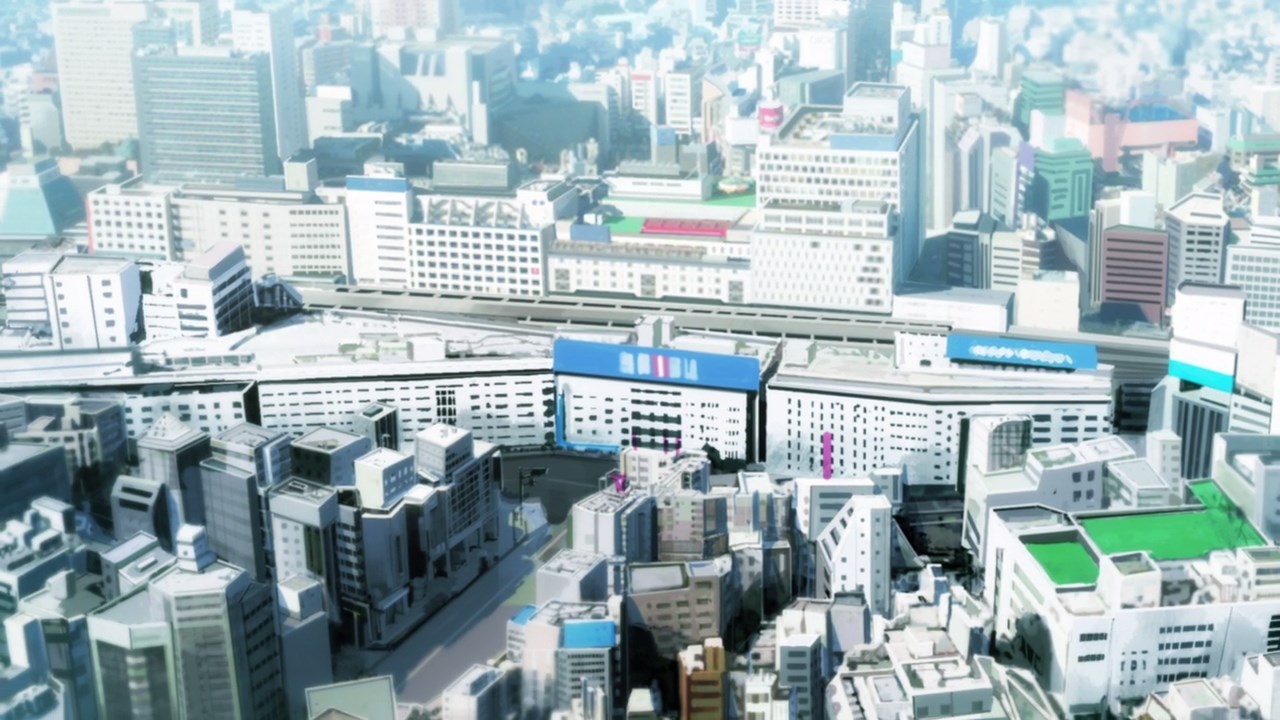 Oh yeah, it appears that Ikebukuro is intact, meaning that the Global Synchronic Urban Disappearance disaster didn’t happen at all. Still, most of the viewers are really puzzled about the ending as they don’t know who’s having the last laugh.

Anyways, I think that Gekidol has a nice concept where you have girls performing stage plays, although the idol part is somewhat downplayed. While I love the character development for Seria Morino and even Airi Kagami, I’m sad that other members of Alice in Theater such as Kazuharu Yamamoto and Mayuri Nakamura didn’t get any development at all. I guess it has to do with the change of the plot from a rundown troupe taking on a giant like Super Material Theater, to a science fiction show where it involves time-travel.

On the other hand, I really like how Doll was a threat to not only the members of Alice in Theater, but also everyone else where she manipulates their minds. Sadly, Doll was demoted into a mere shell for Enri Viano’s entrance where she took over as the main antagonist. Even then, I’m puzzled into why Enri wants to change the past. Was her future plagued with war and famine? We’ll never know for sure.

With that said, Gekidol has some nice ideas but the execution is left to be desired, although Gekidol is not an absolute shit show since it has some interesting plotlines. But now that the TV series is over, I think it’s time for me to tackle a special episode based on Alice in Theater’s stage play. Also, I might check out the Gekidol stage play once the Blu-ray is released.