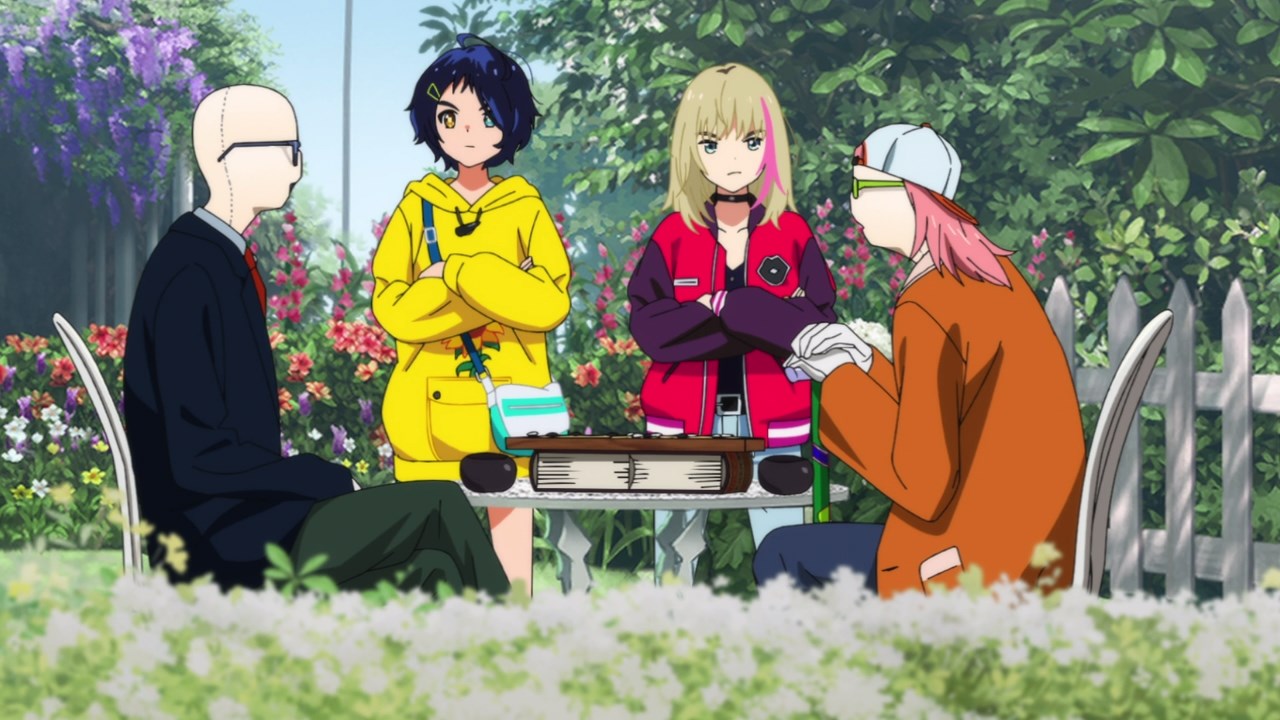 Looks like both Rika Kawai and Ai Ohto are really mad towards Acca and Ura-Acca as they want to know why they’re in cahoots with Misaki Tanabe.

Turns out that they’re actually the founders of Plati or should I say the Japanese branch of it. Then again, they won’t answer these girls on why they need to fight against the See No Evil. 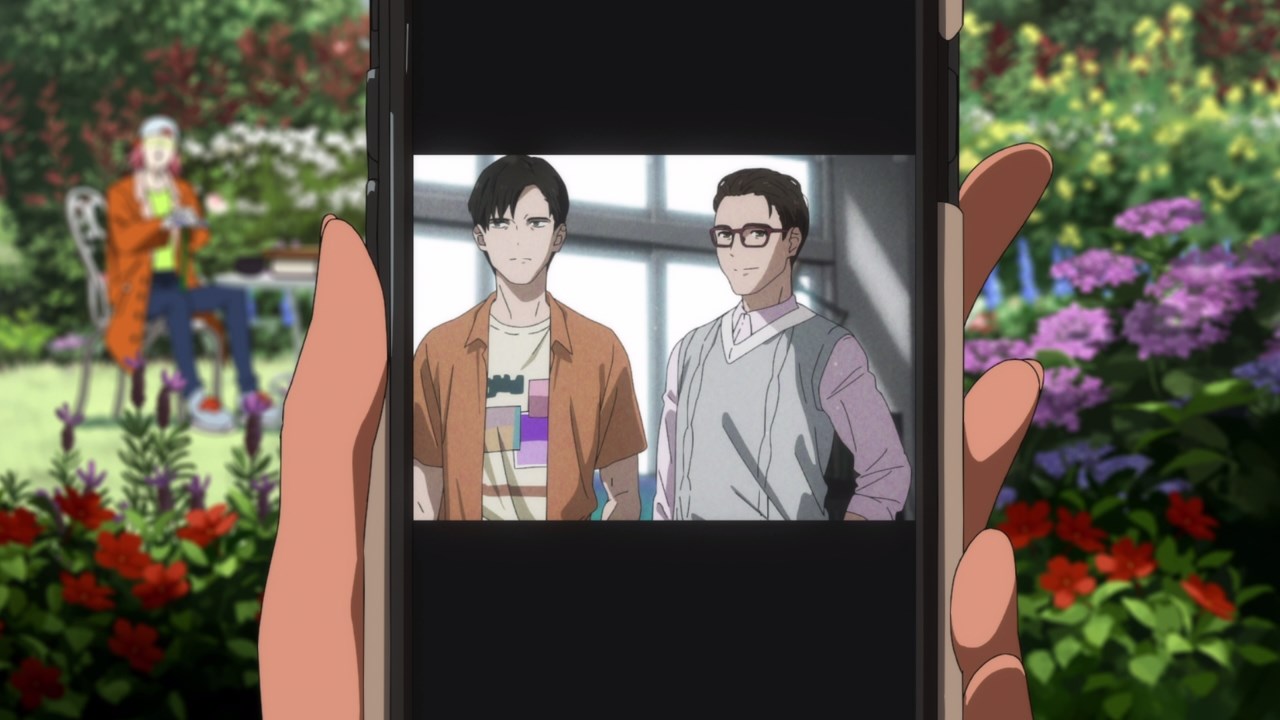 By the way, this is what Ura-Acca and Acca looked like when they’re actual human beings. Of course, they decided to become mannequins as they want to become immortal.

Don’t know how they become dummies but man, I think we want some answers from both Acca and Ura-Acca. 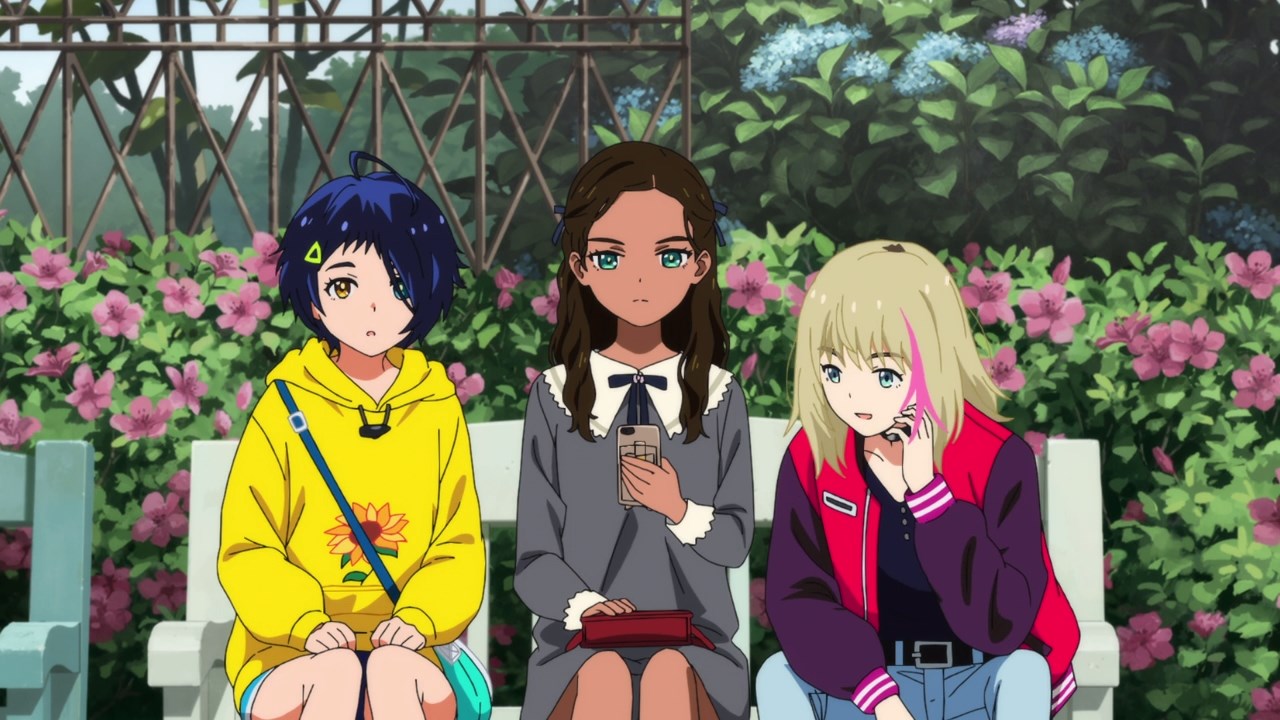 Meanwhile, here’s Neiru Aonuma where she briefly explained to Ai-chan and Rika about Acca and Ura-Acca’s life. Oh yeah, and you notice that Neiru got a new hair style.

It’s nice that Aonuma decided to change her appearance for once, although she’s not the only one who got a new hair style. 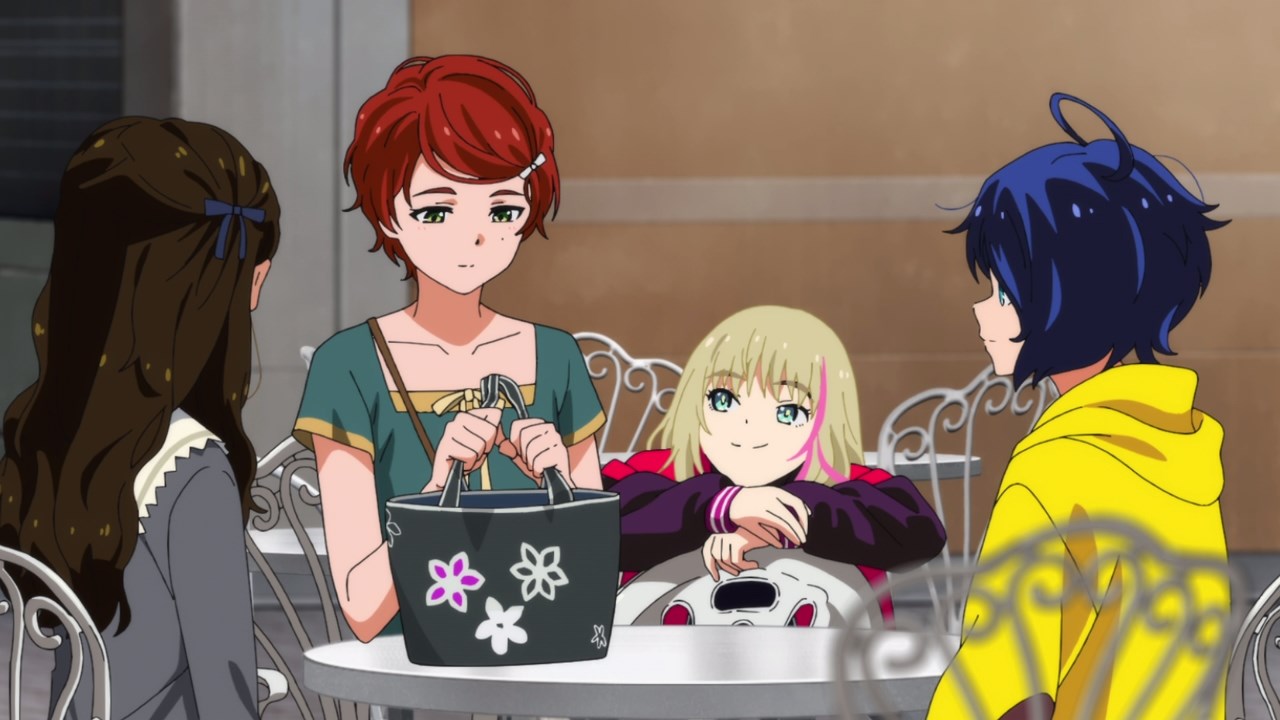 Well, how about a complete makeover as Momoe Sawaki decided to change her appearance into a cute girl, although I’m hoping that Momoe will go back to her boyish look afterwards.

Anyways, turns out that Momoe Sawaki got invited on a date. Sadly, we’ll never know what happened on that day. 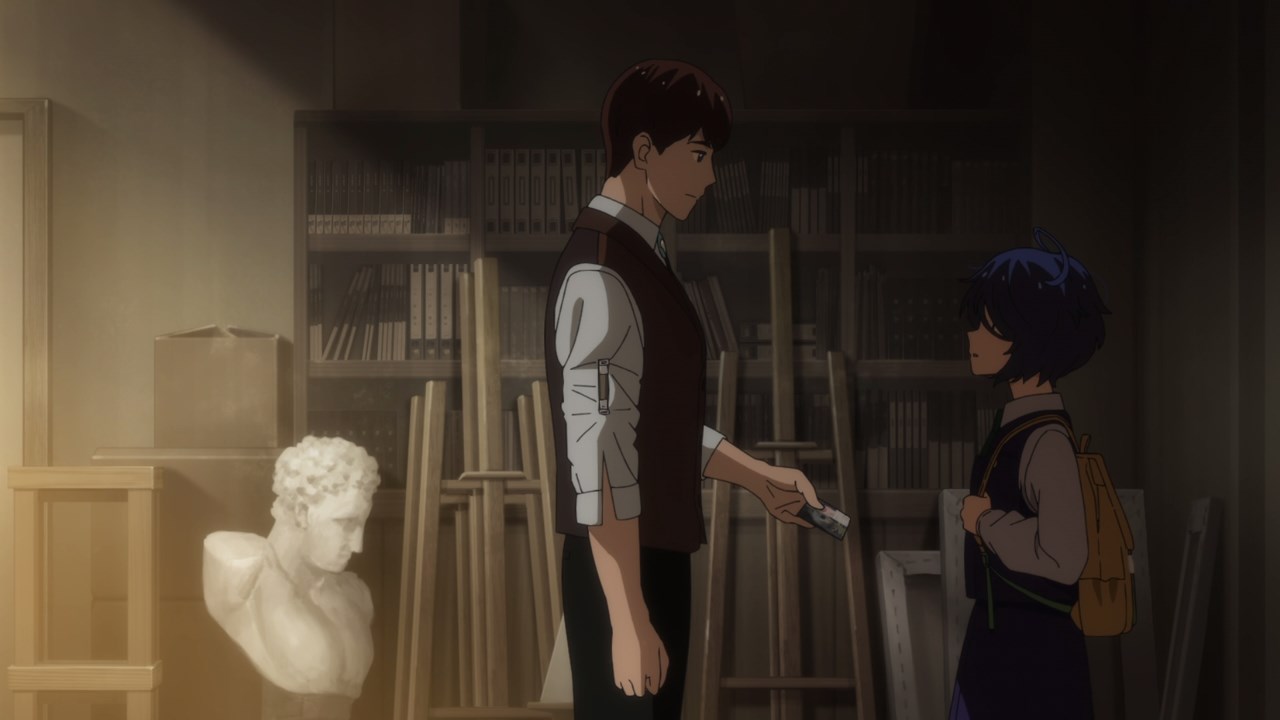 Now then, here’s Shuichiro Sawaki where he gave a ticket to an art exhibition to Ai Ohto. Turns out that Shuichiro-san decided to leave his role as a counselor and pursue his dream as an artist.

While it sounds nice that Shuichiro Sawaki decided to become an artist, I still don’t know about his relationship with Koito Nagase which lead to her suicide. 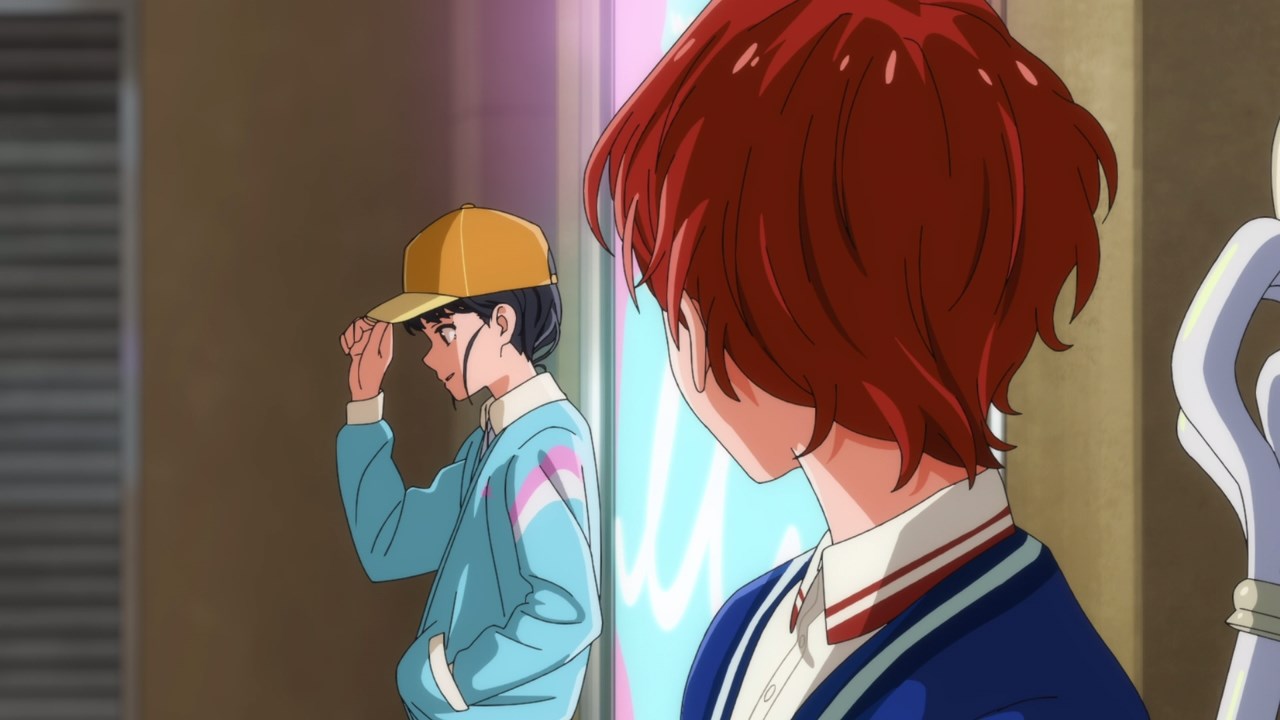 Sure that she looks like a boy just like Momoe, but Kaoru suffered a lot when she’s still alive. 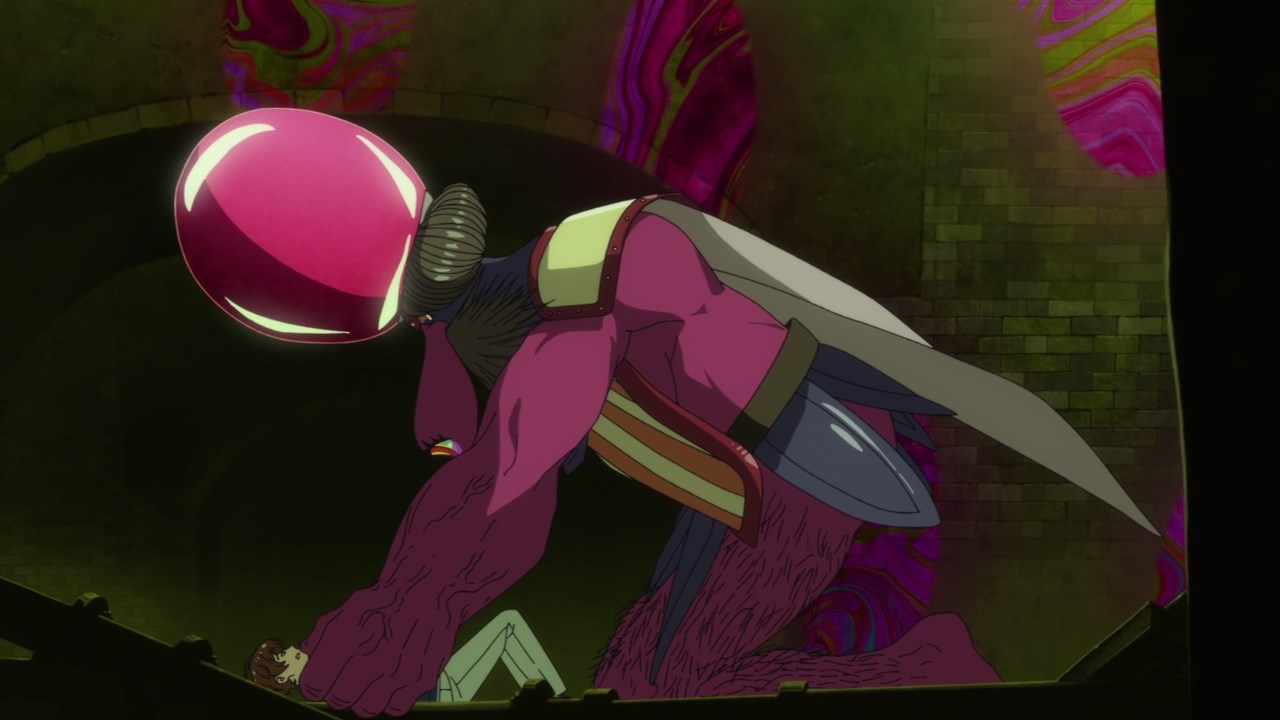 You see, this Wonder Killer is based on her kendo club manager in which he raped Kaoru Kurita and made her pregnant.

Now I’m not sure if this kendo club manager didn’t get punished or got caught by the police, all I can say is that it’s his fault for making Kaoru miserable. 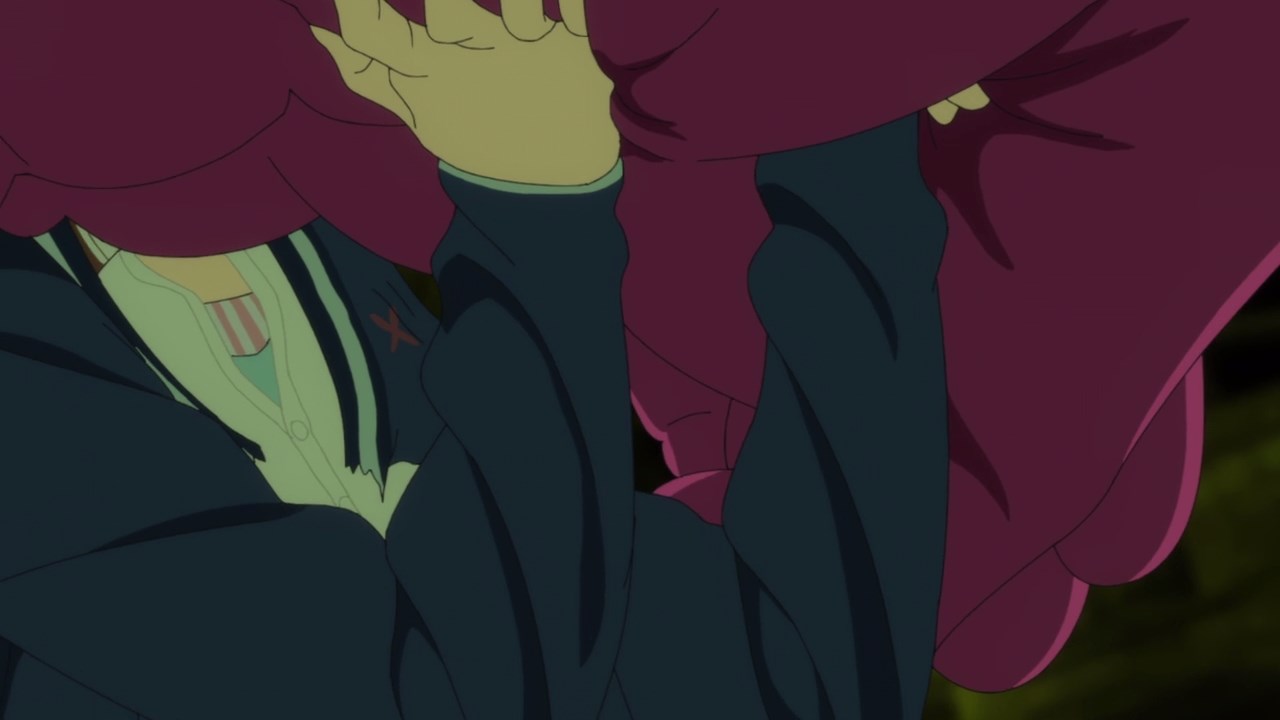 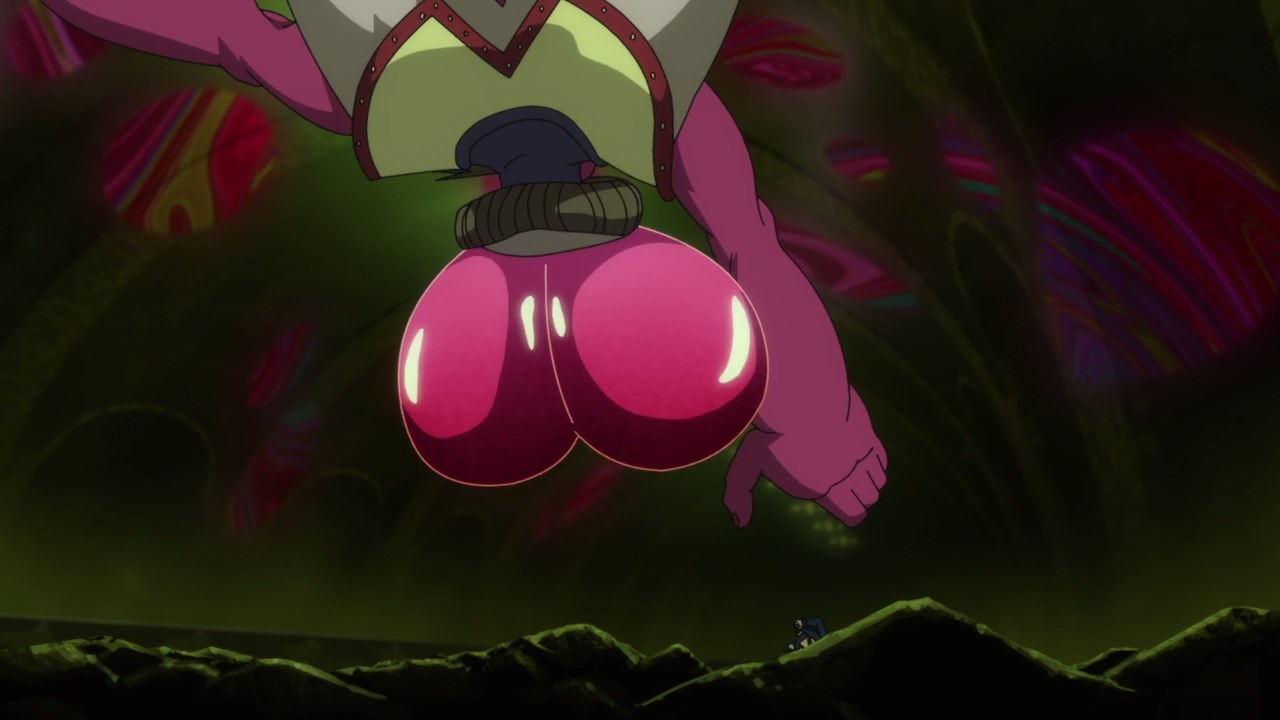 Still, the only thing I’m scared of is that this Wonder Killer might rape Momoe Sawaki, but that won’t happen ’cause she throws him off. I wonder if she learned judo? 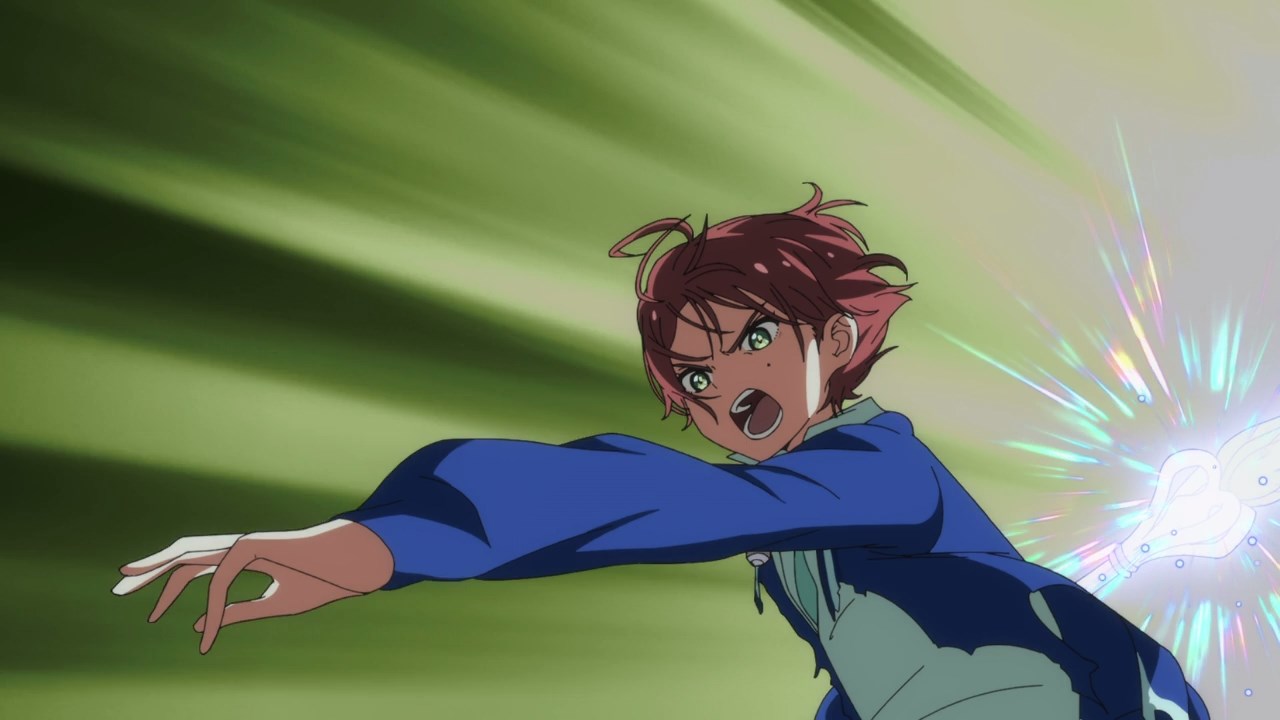 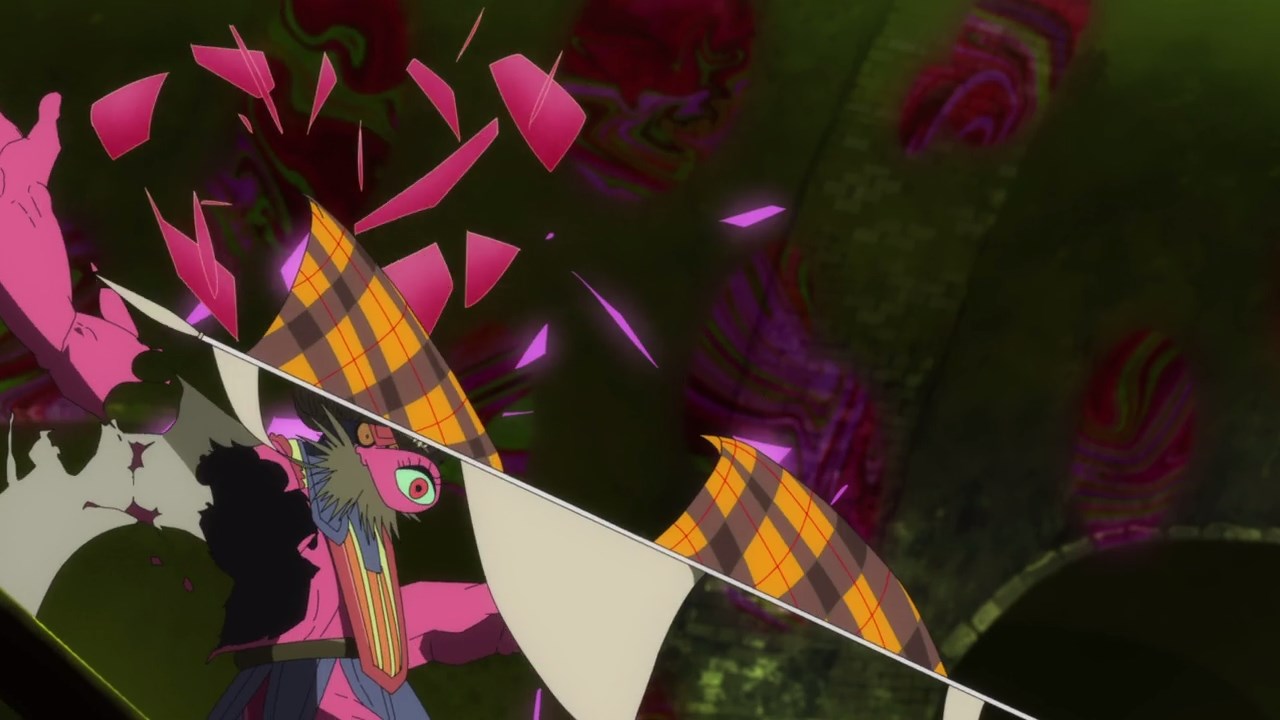 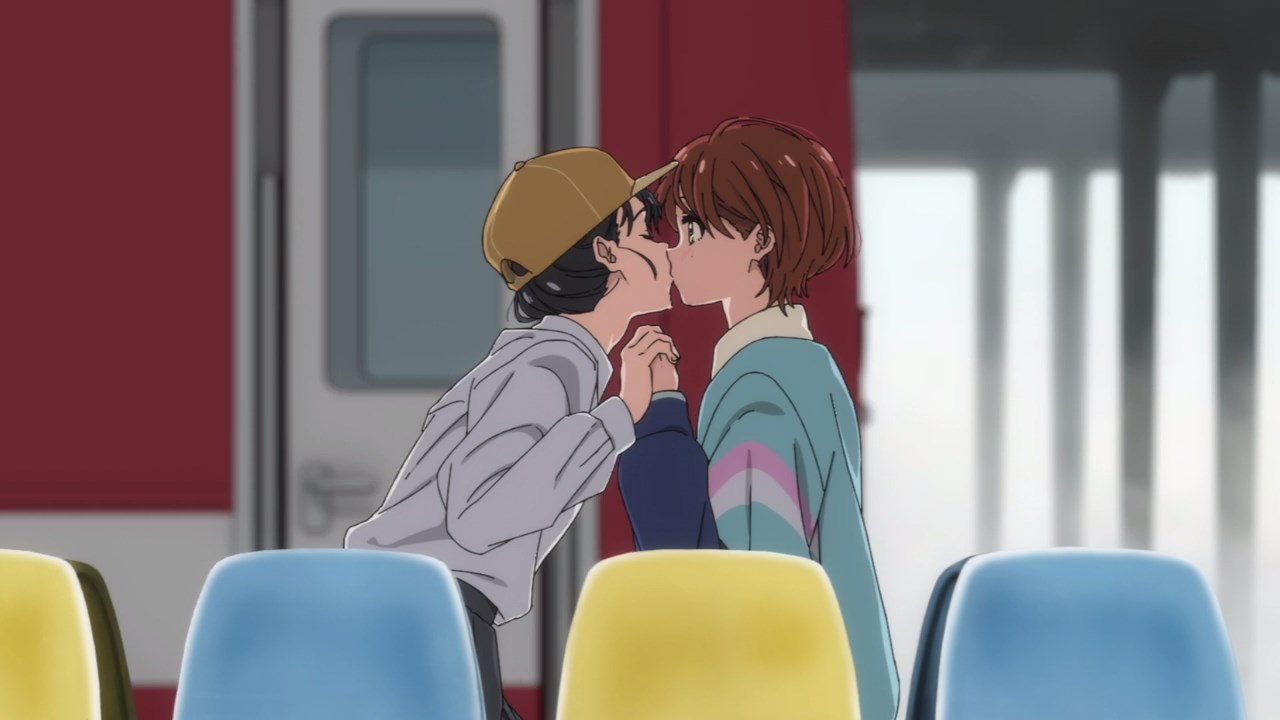 Of course, Kaoru wishes that she will date Momoe someday as she kissed her. Then again, I still don’t know if Kurita will be revived. 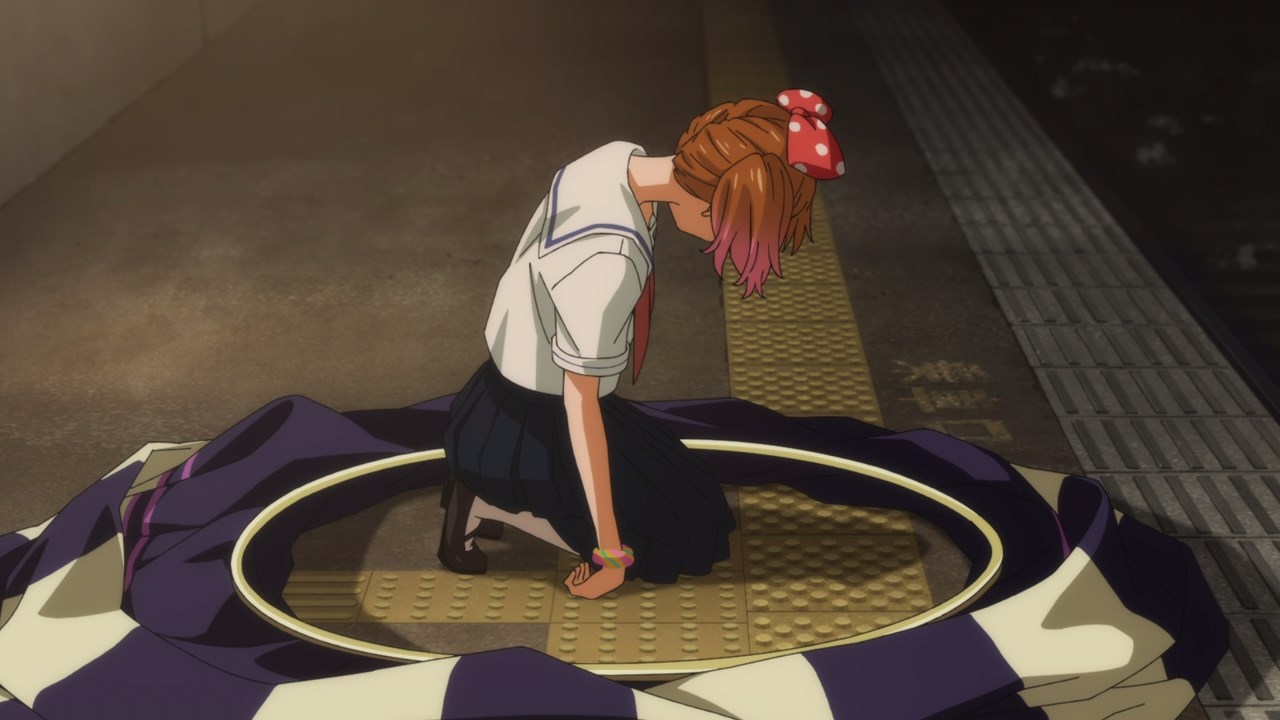 Speaking of revival, it looks like Momoe Sawaki’s friend Haruka has finally revived after saving various girls in the dream world. 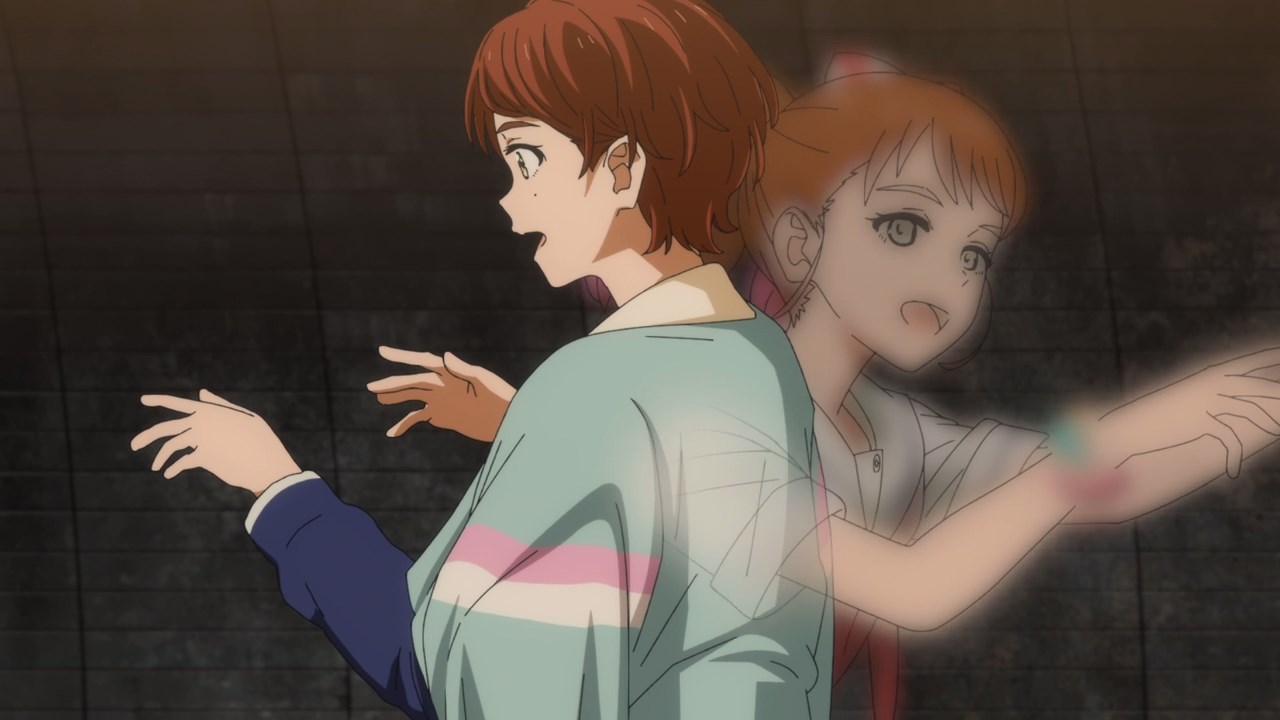 Then again, Momoe can’t hug Haruka as she disappears. You know something, I feel that Haruka won’t return to the mortal world as her soul just set free from suffering. 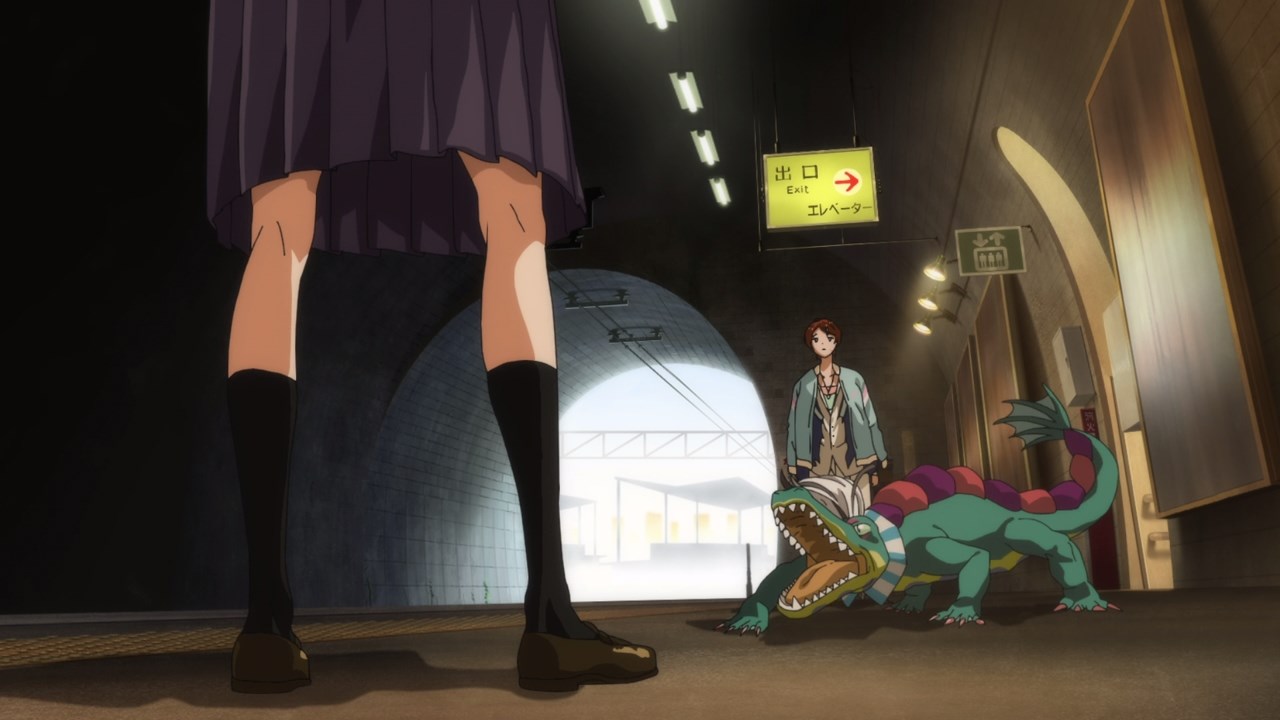 Of course, there’s more to come as Momoe and her pet crocodile Panic encountered a girl who told Sawaki to get out of the dream world or she’ll die. 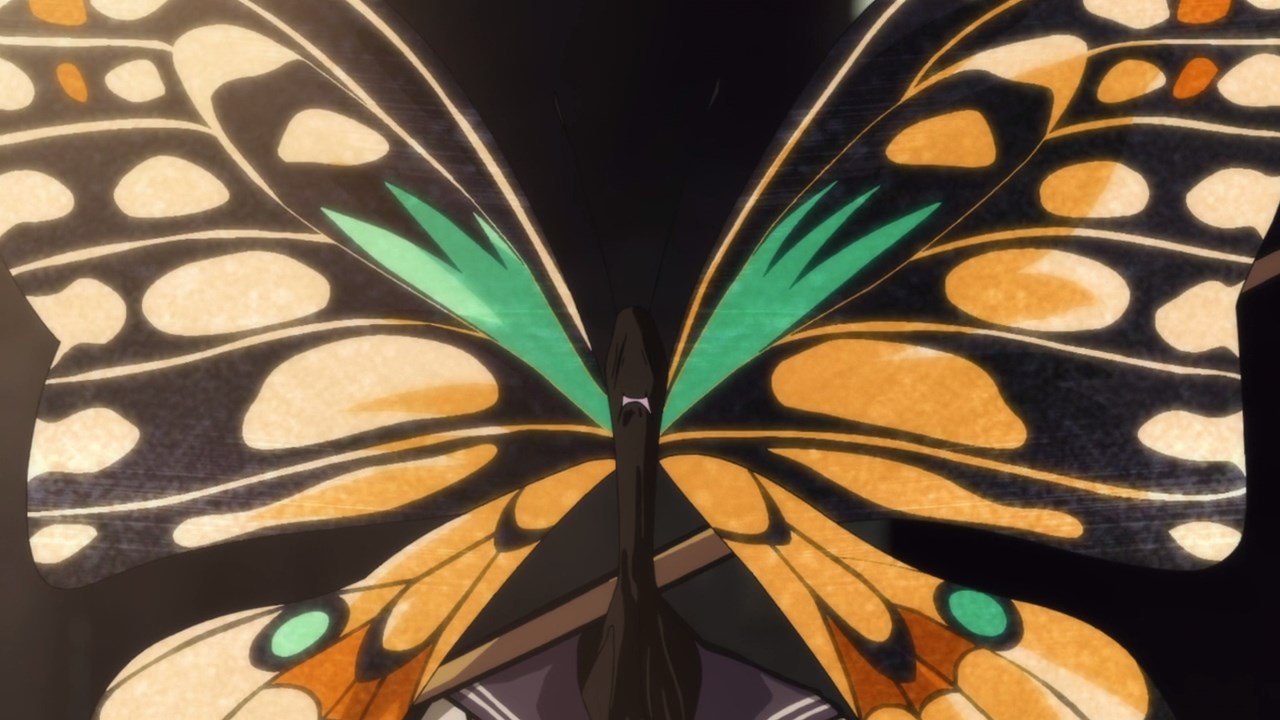 And speaking of this girl, she looked so hideous as this reaper was sent by a mysterious entity named Frill to do something horrible. 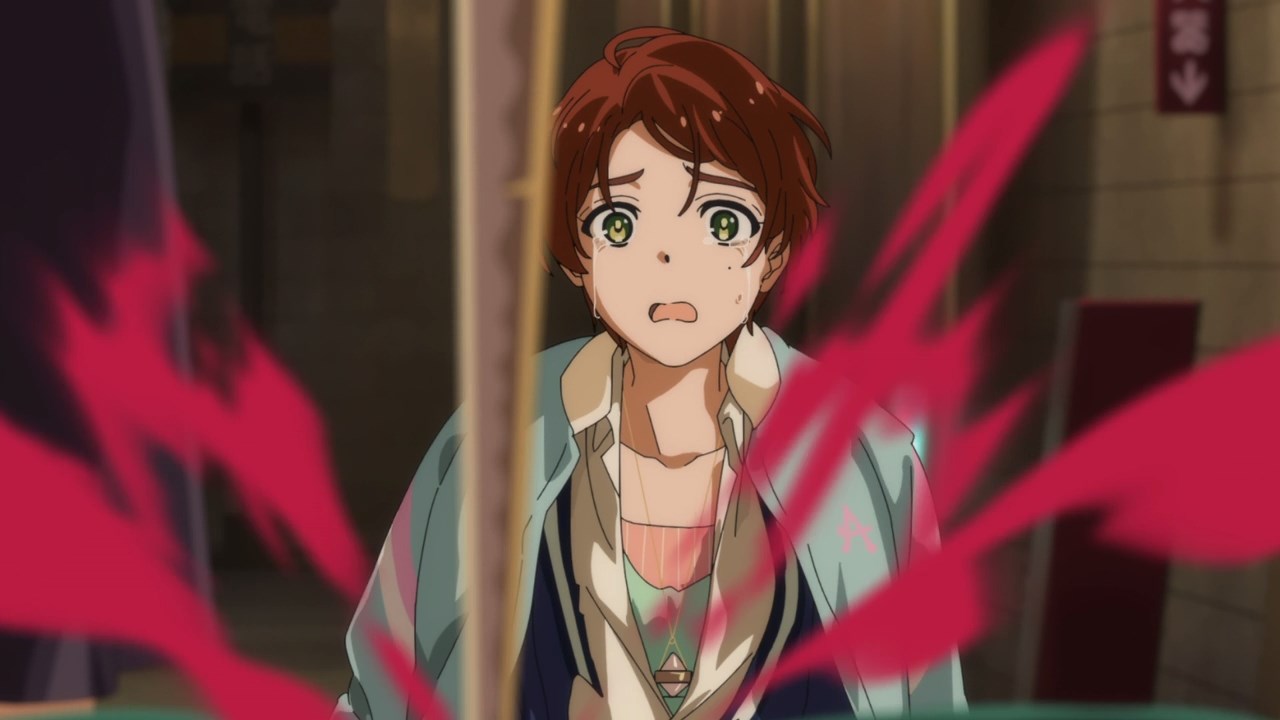 Namely, murdering Panic in front of Momoe Sawaki without any remorse. No, not Momoe’s pet crocodile!

With that said, looks like Momoe found something traumatic that she’s having nightmares of Panic getting sliced and eaten by a reaper. Ugh, this is the worst! 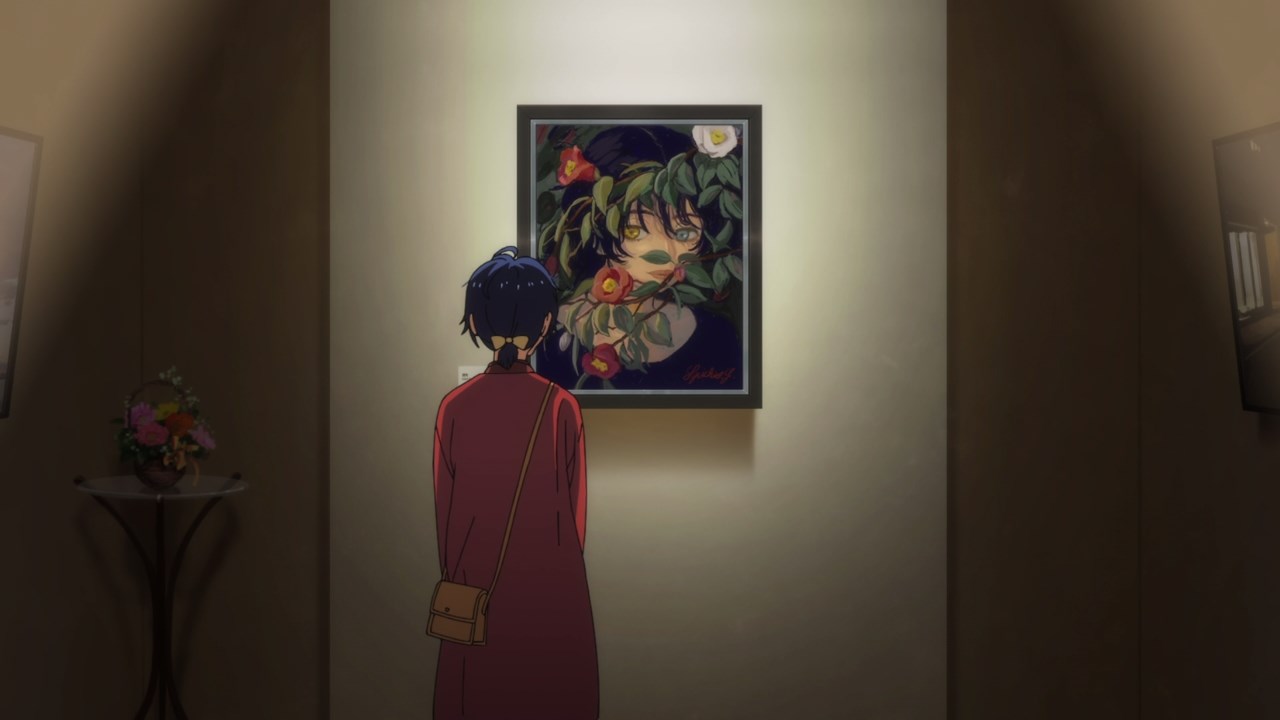 Now then, let’s end this episode where Ai Ohto went to Shuichiro Sawaki’s art exhibit where she saw a portrait of herself, albeit all grown-up into a woman. 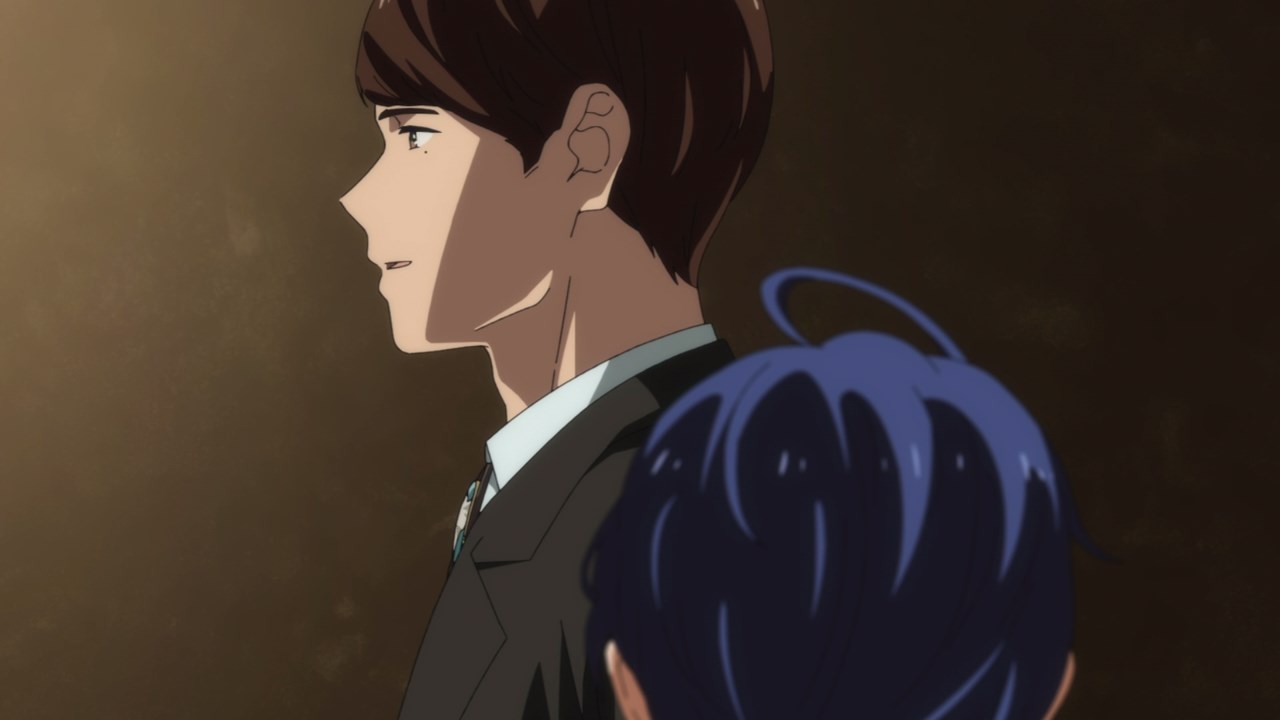 And here’s Shuichiro-san where he told Ai-chan that he really loves Ai’s mother Tae so much. Of course, I still want to know about Shuichiro’s history with Koito-san as I don’t think his love for Tae-san is genuine.

With that said, I’ll see you next time as I’m curious about this Frill person and the truth about the temptation of death. Of course, I’m still horrified that Momoe is having nightmares of her pet crocodile Panic getting murdered.