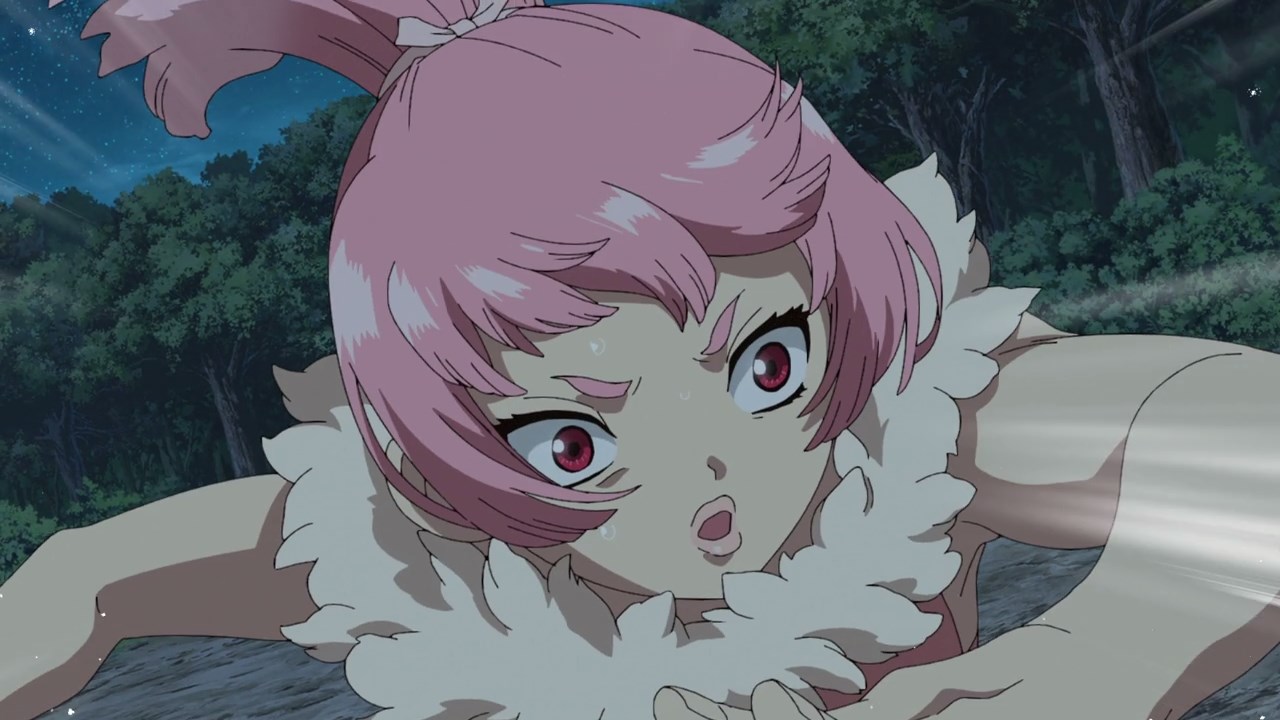 Let’s start with Homura where she’s alarmed that Hyoga got knocked out, thus Homura rush into the scene and save her comrade. 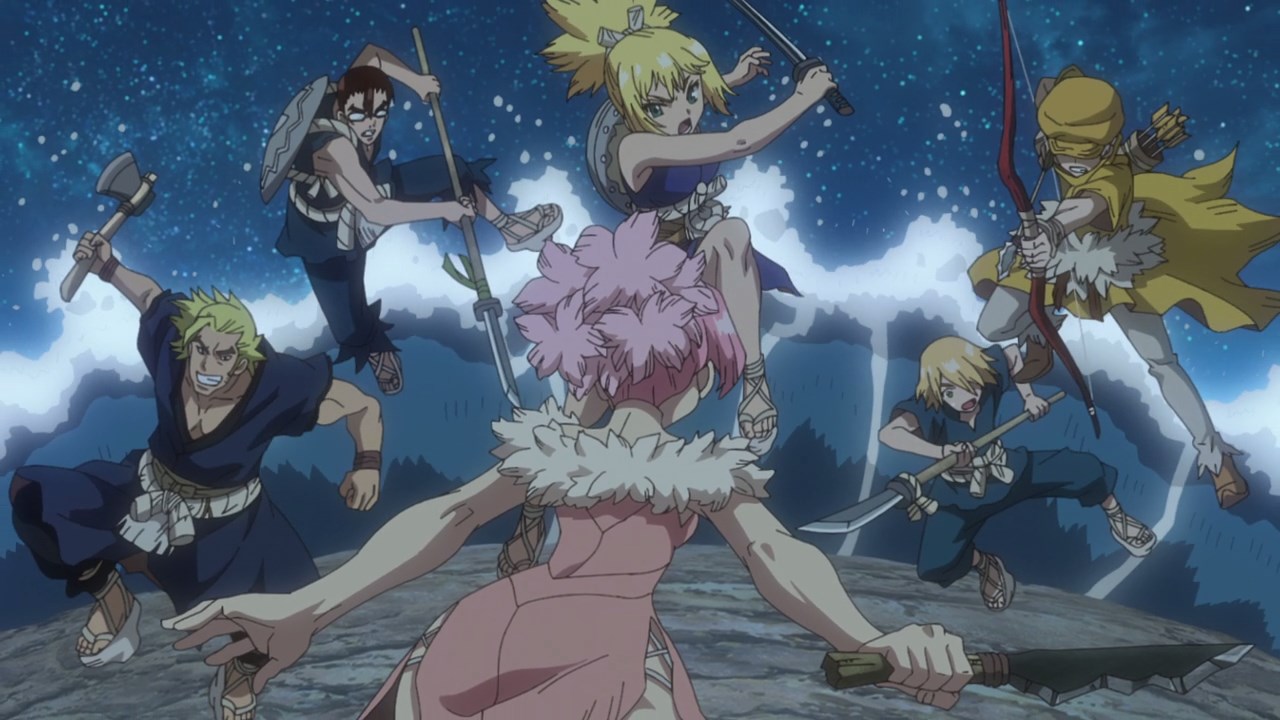 Except that Homura was greeted with Kohaku and her allies. Okay, did they use the Steam Gorilla to get to the scene? 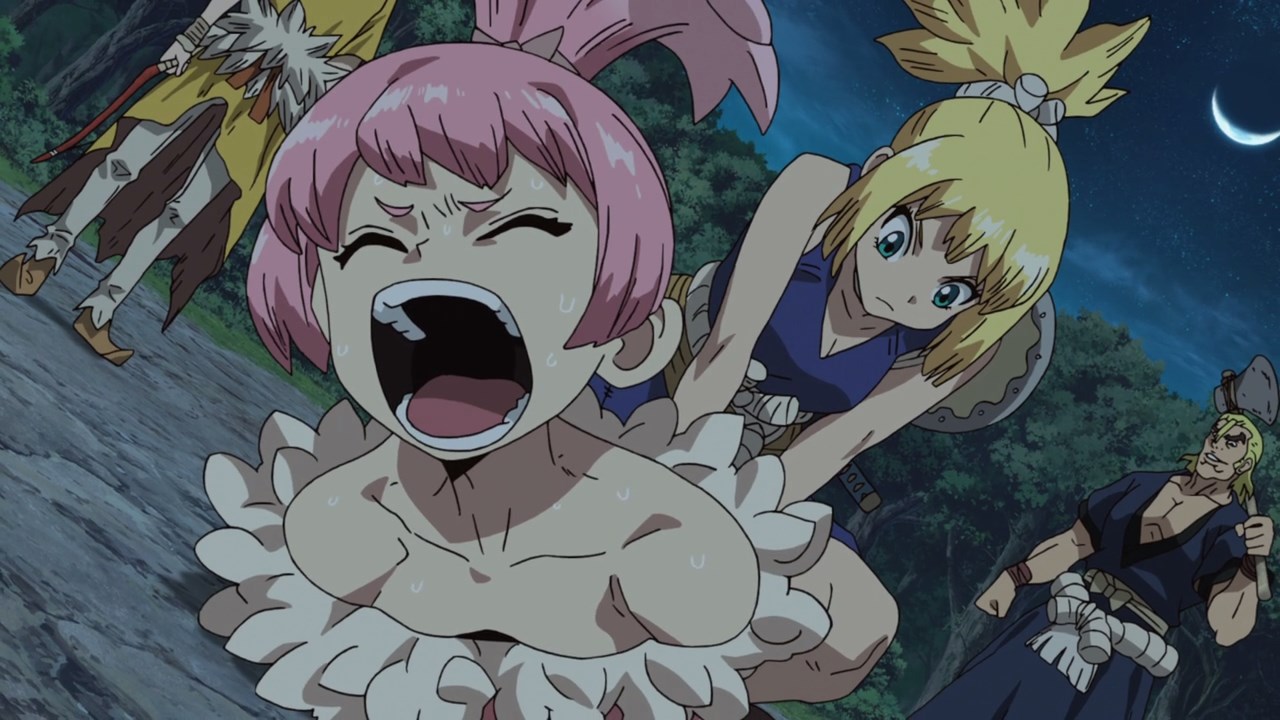 Regardless, they manage to apprehend Homura and Hyoga, meaning that their rebellion is finally over. Still, I don’t know how Homura got out of prison and stole some dynamite to destroy the Miracle Cave.

On one hand, it appears that both Senku and Tsukasa Shishio are okay, although I’m still worried about Tsukasa’s health since he got a nasty hole thanks to Hyoga. 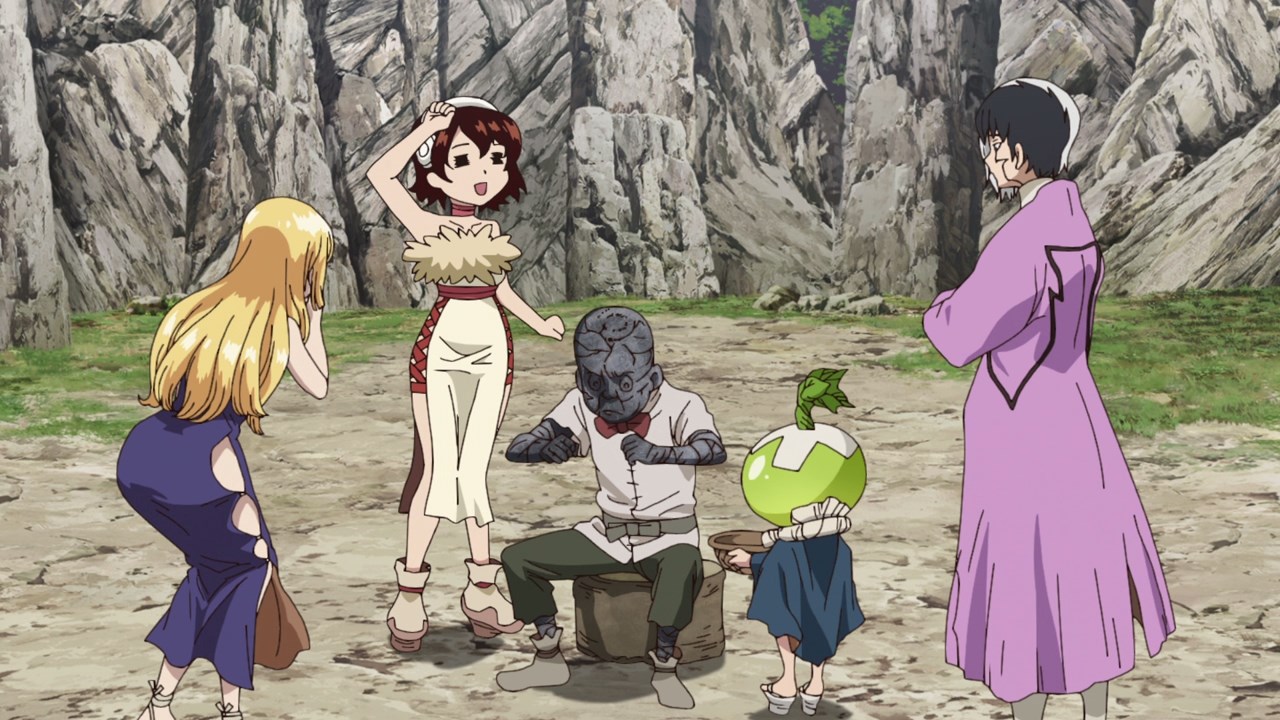 Now then, it’s time to revive more people as still have the de-petrification fluid. Not sure if the Miracle Cave is restored since they don’t have supply of bat guano or nitric acid.

Anyways, let’s begin where Yuzuriha Ogawa just finished putting all the broken pieces together on this dude who happened to be a manga artist. 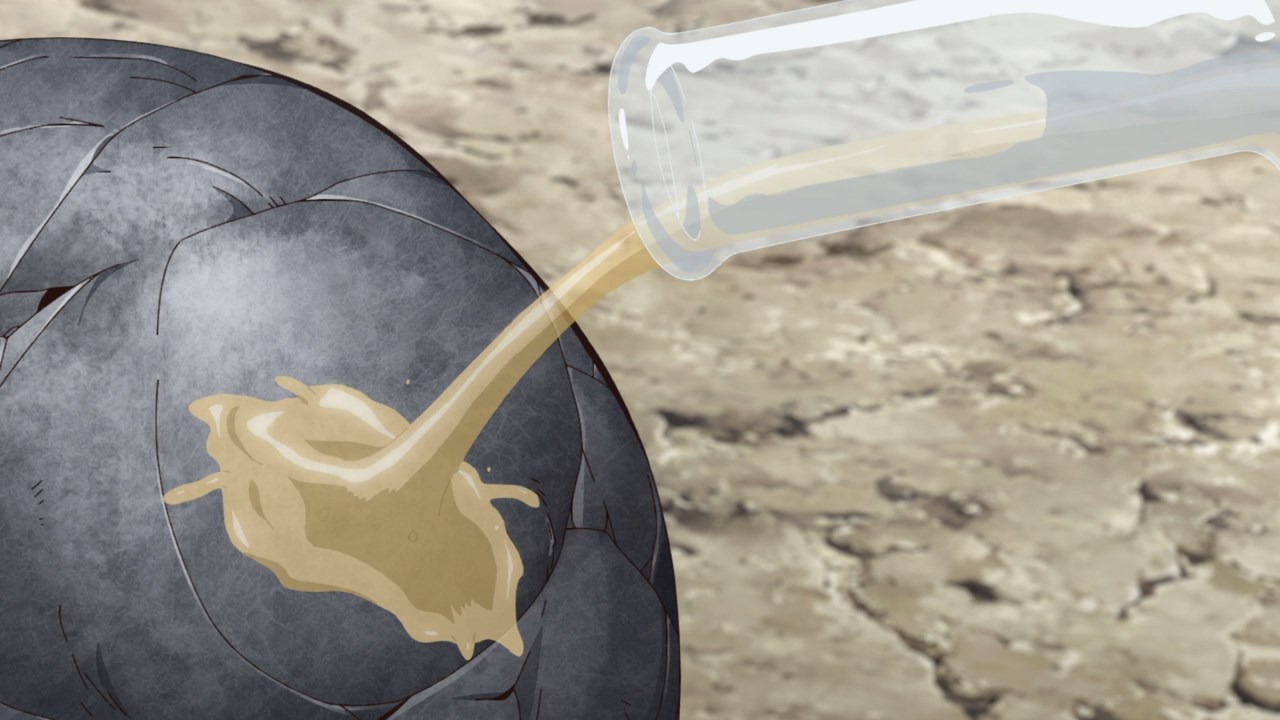 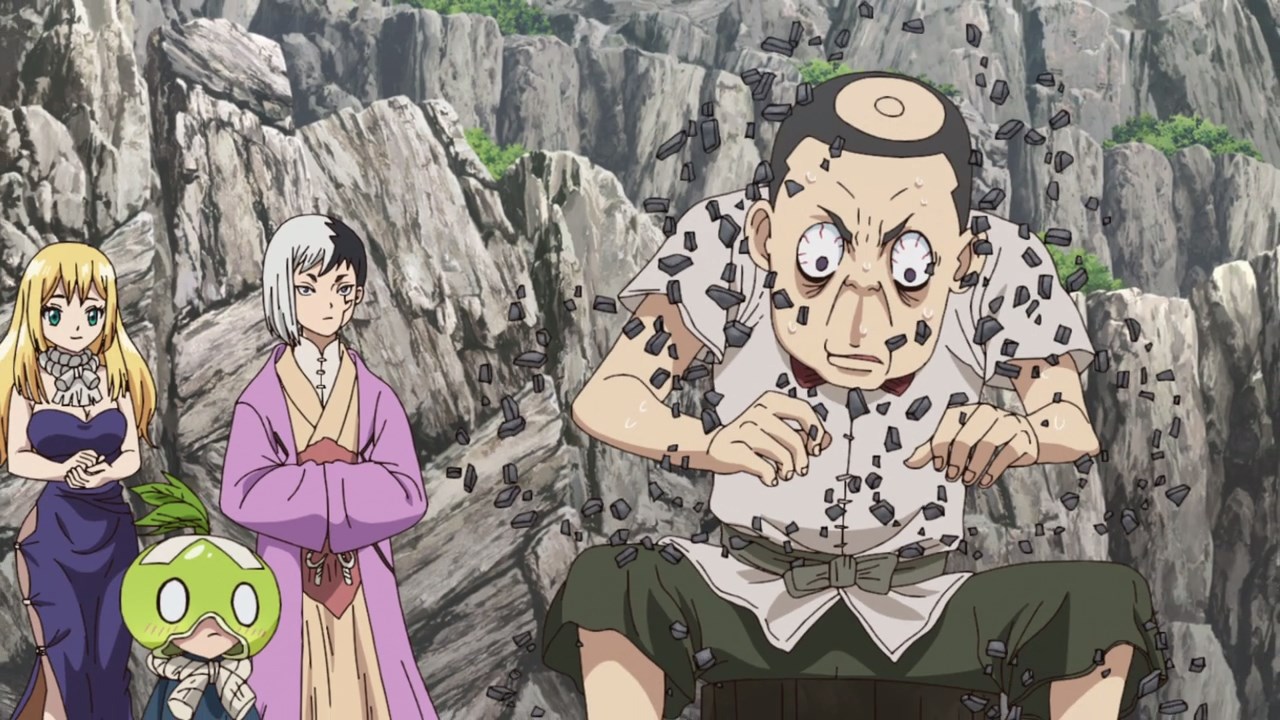 And when Gen Asagiri poured in some de-petrification fluid, this manga artist is finally revived.

Then again, he’s shocked that he slept for more than a millennium, meaning that he probably missed the submission deadline. But you know what, this mangaka can restart his career in the stone world. 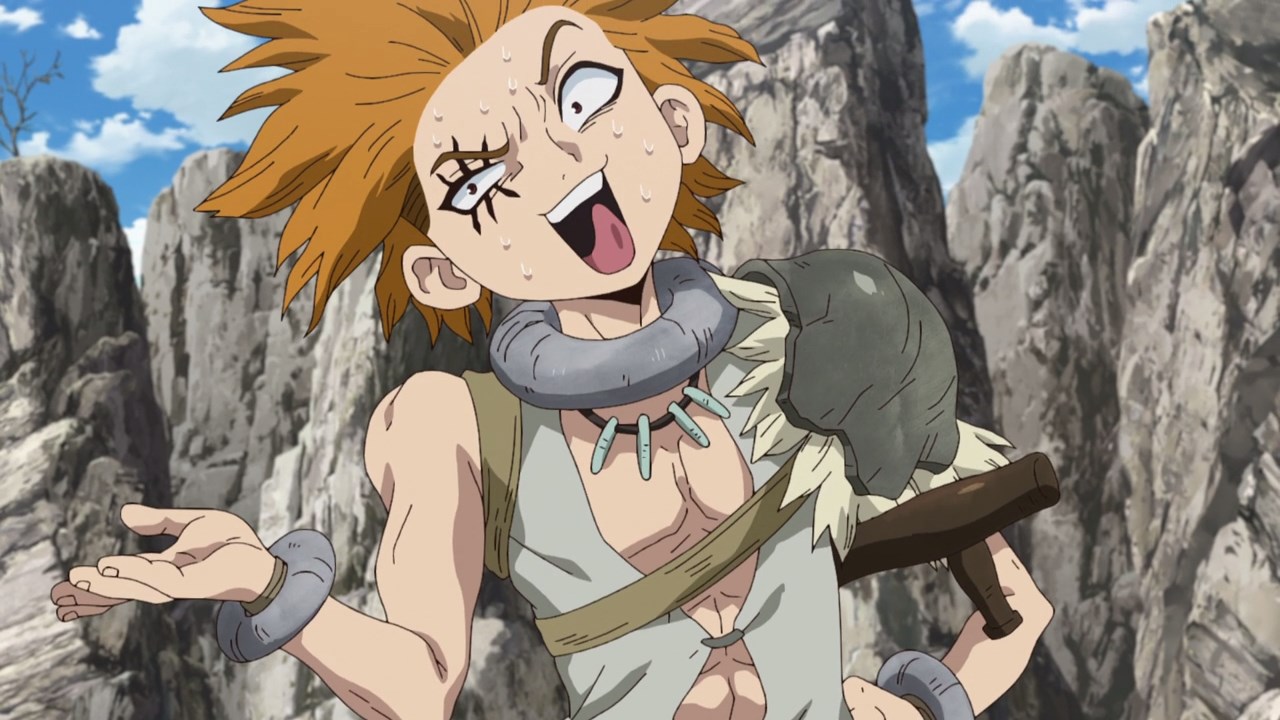 By the way, looks like Yo Uei has returned instead of falling down to a cliff but seriously, how come this enforcer just nonchalantly show up? Remember that he faked his own death to save himself.

Oh and one more thing, turns out that Yo Uei is the one who set Homura free. Sonuvabitch, he should have died by getting hit in the groin. 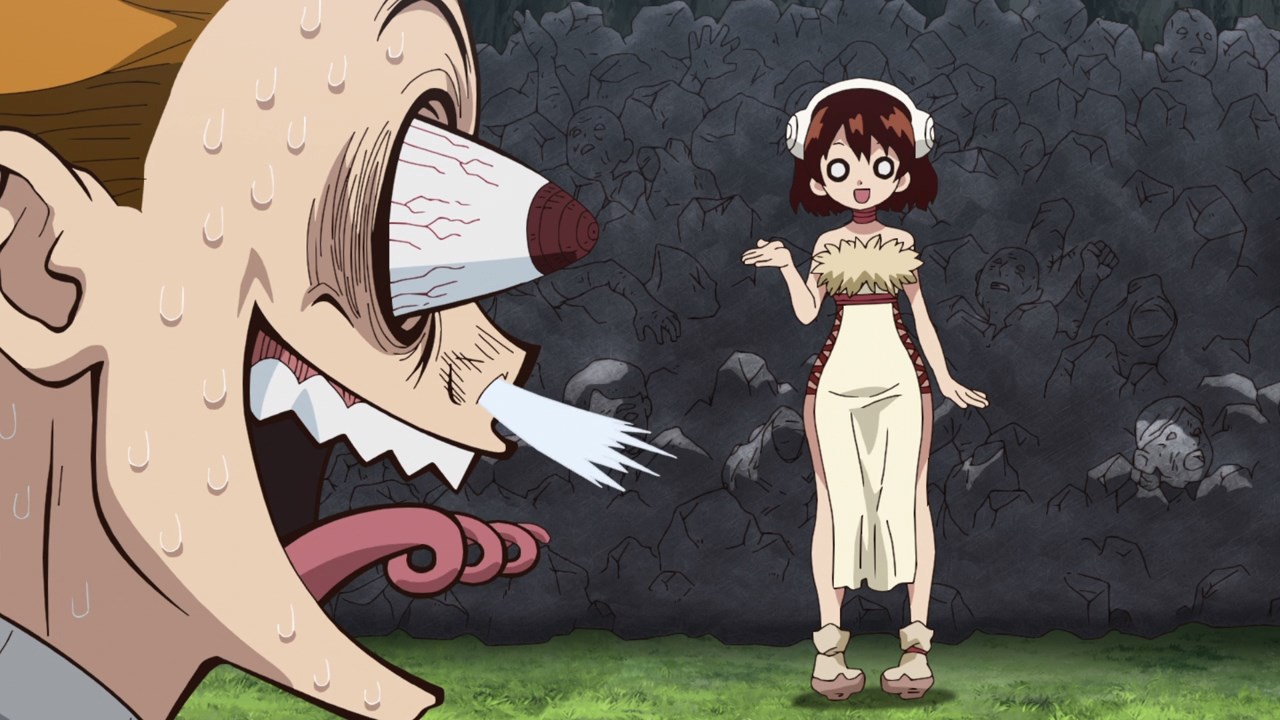 Of course, Yo Uei will have a taste of hell as he’ll help Yuzuriha Ogawa on repairing those broken statues of petrified people. Oh, and he’ll do all of them! 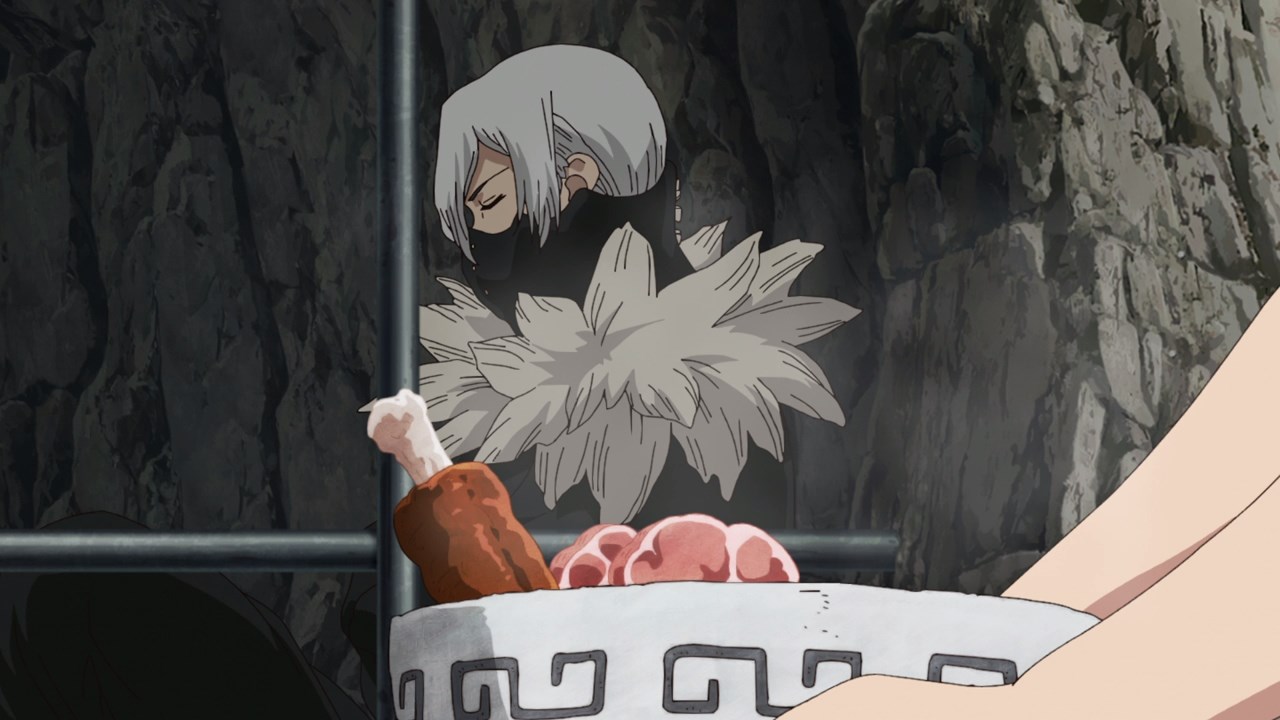 Meanwhile, here’s Hyoga where he’s in a prison cell together with Homura Momiji. Of course, he still believes that the world should be ruled by the strong.

Oh yeah, Hyoga is puzzled on why Senku didn’t execute him along with Homura, despite the fact that he plotted to kill Tsukasa Shishio. 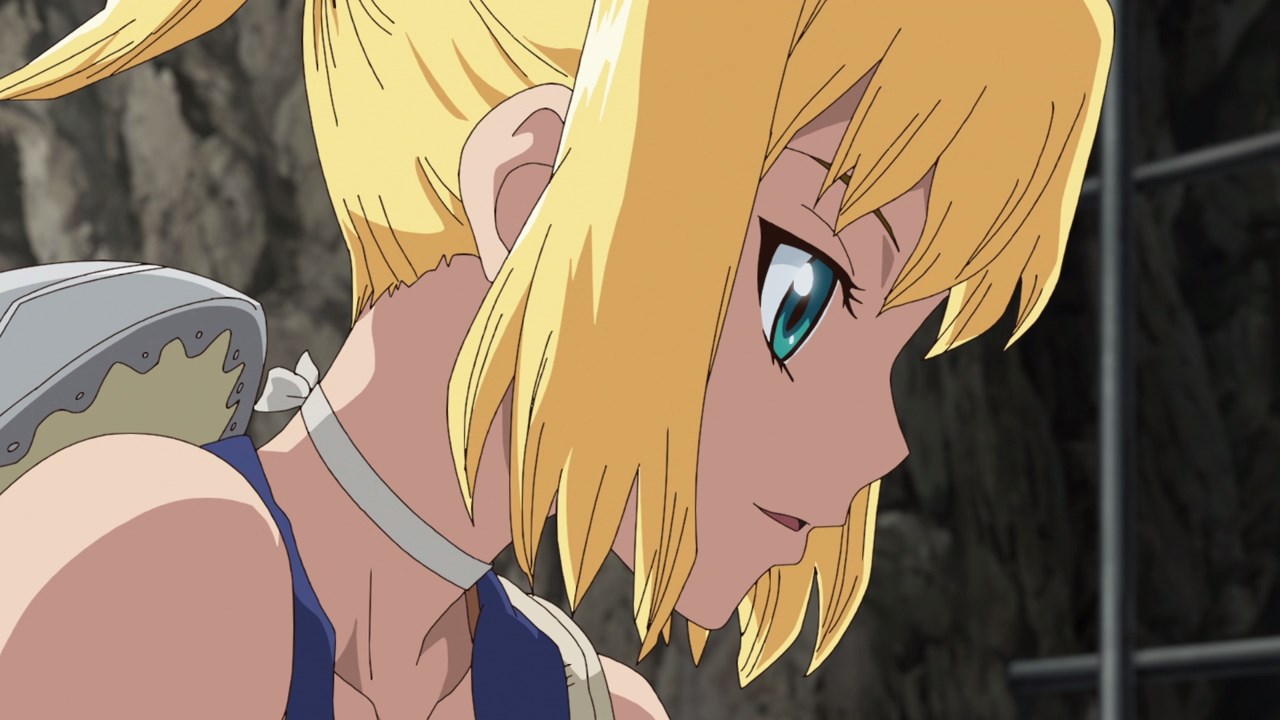 Of course, Kohaku told Hyoga that Senku doesn’t like violence as he’s still committed of reviving everyone and restoring modern civilization.

C’mon, stopping the Empire of Might without having casualties was an impressive feat from Senku. 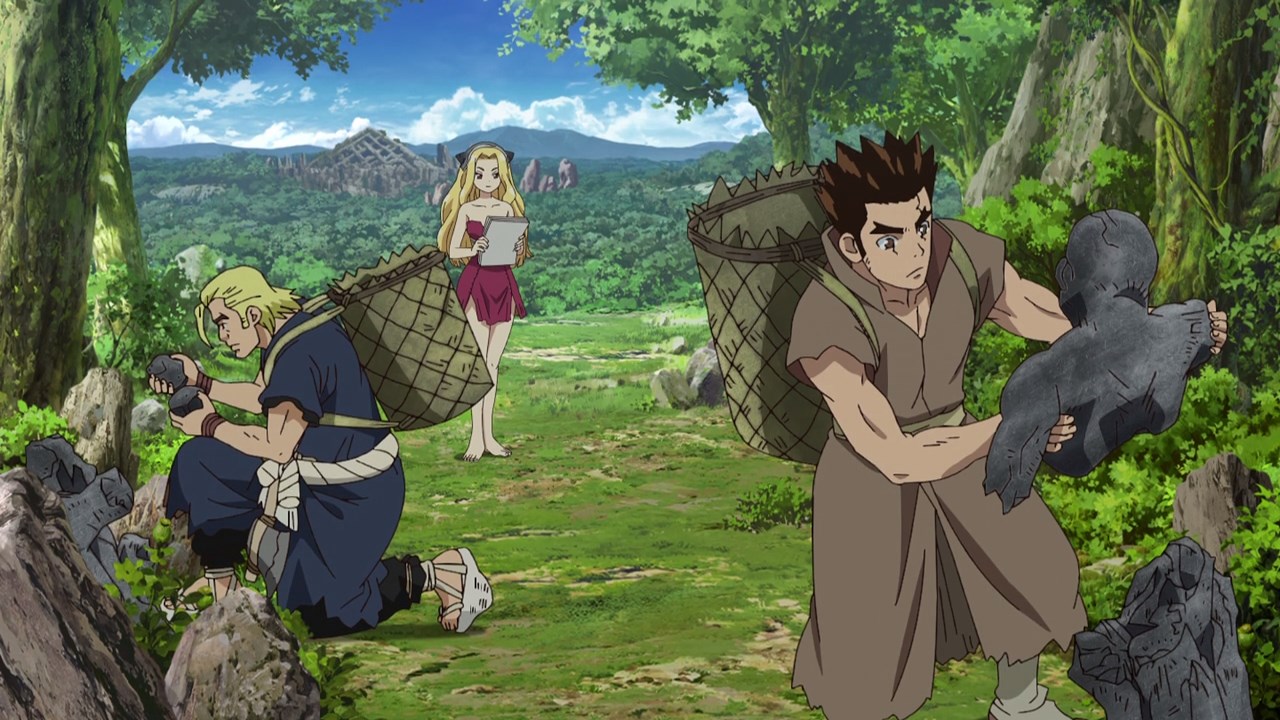 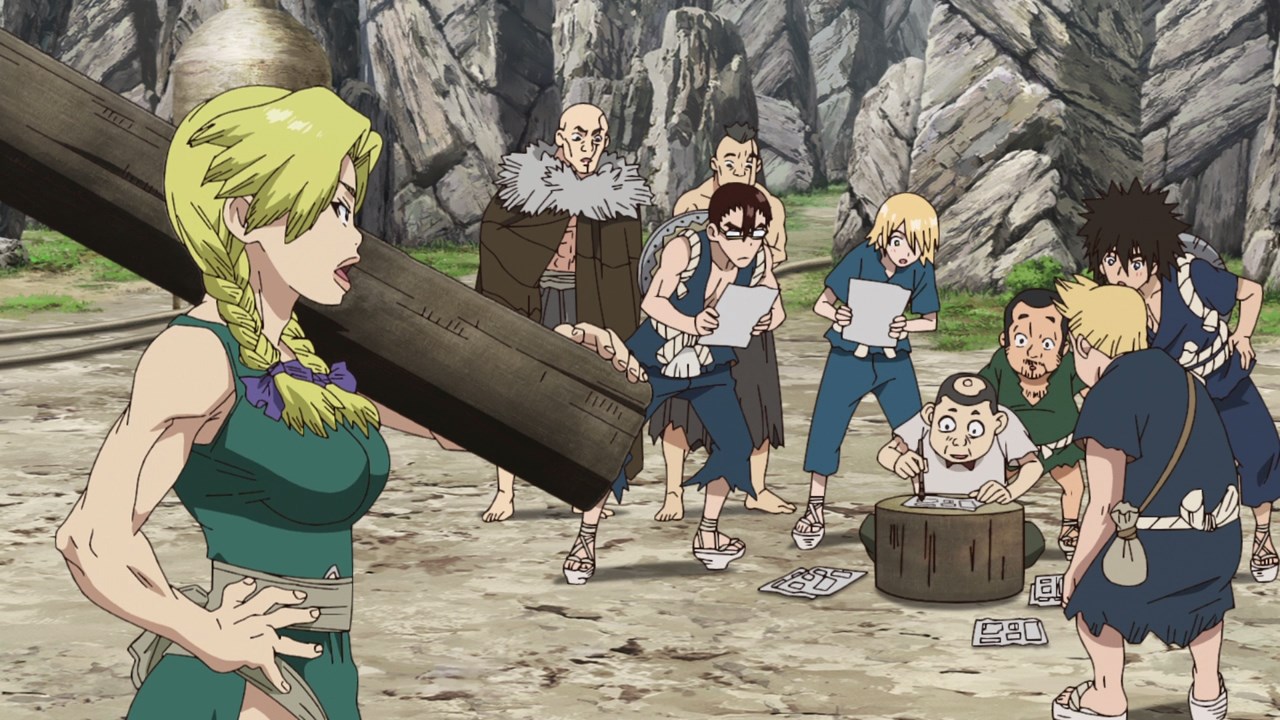 Regardless, Ishigami Village is gonna get real busy as Taiju Ooki and Magma are finding petrified people with Minami Hokutouzai as their guide, all while rebuilding modern culture now that they have a mangaka drawing his manuscripts. 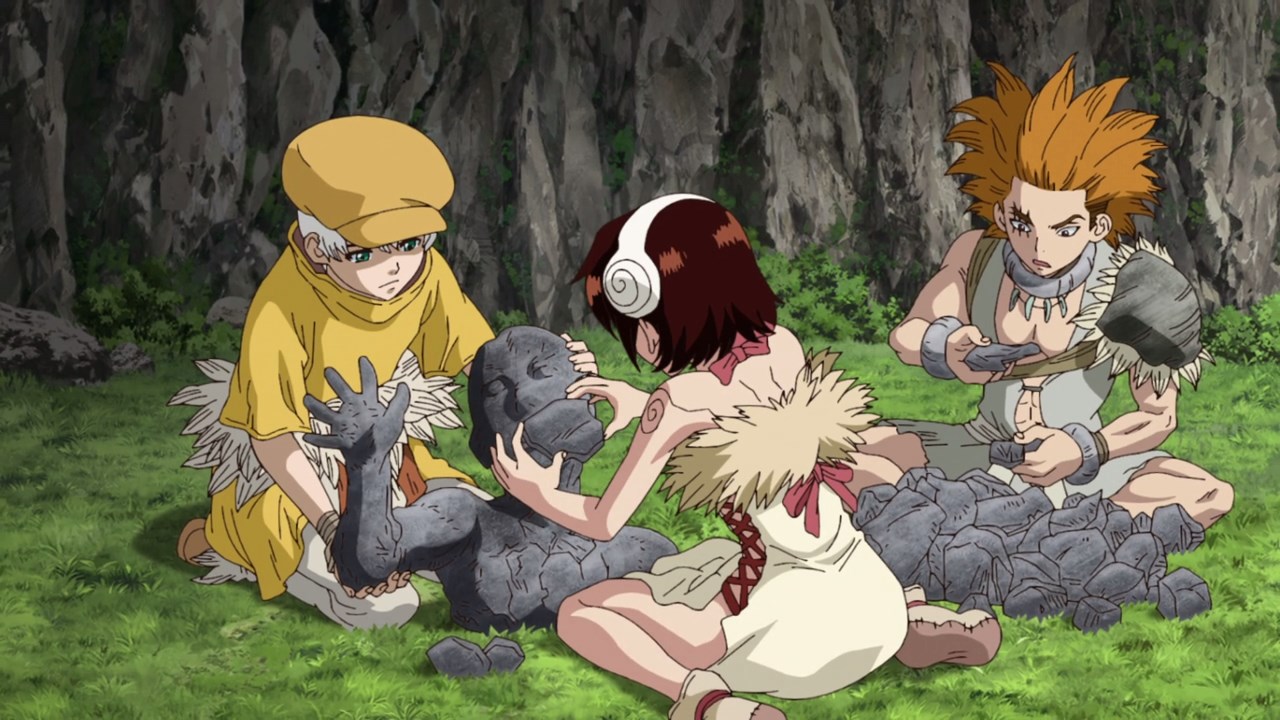 Also, let’s not forget that Yuzuriha Ogawa is busy repairing broken statues so that Senku can revive them. Of course, she’s not alone as Ukyo Saionji and Yo Uei are helping her out. 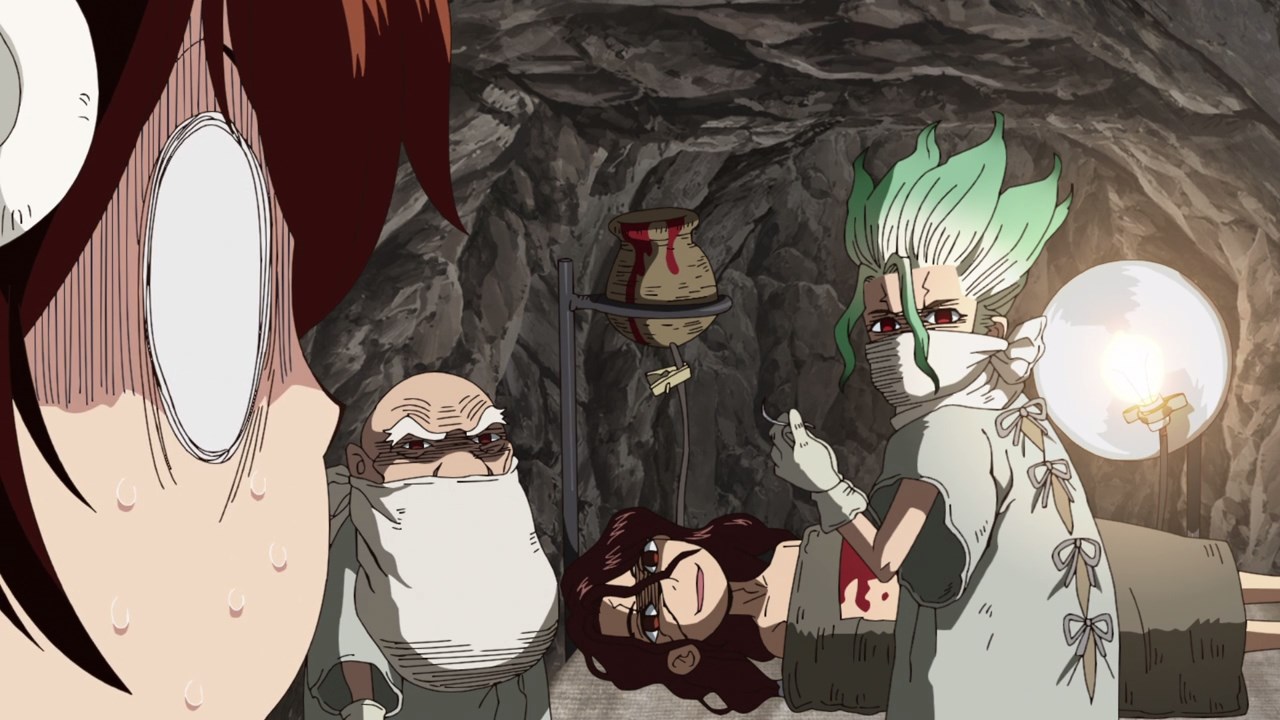 Speaking of Yuzuriha Ogawa, looks like she saw Senku and Kaseki doing a gruesome surgery on Tsukasa Shishio where he tries to seal Tsukasa’s wounds with stiches and super glue.

Even if Senku manage to close the gaping hole, Tsukasa might die from infection. Considering that his wounds is exposed to the elements, he might not survive for a long time. 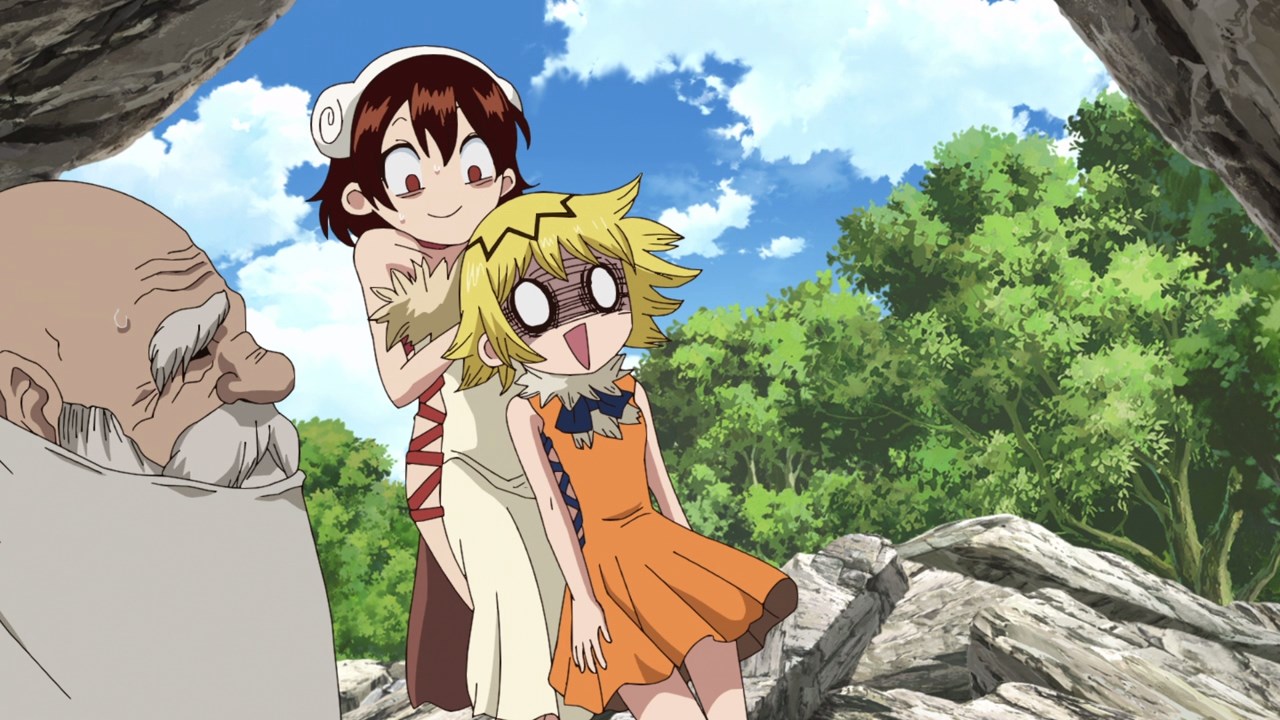 Oh and here’s Mirai where she fainted after seeing her brother being under the knife by Senku. Still, how will Senku manage to save Tsukasa’s life? 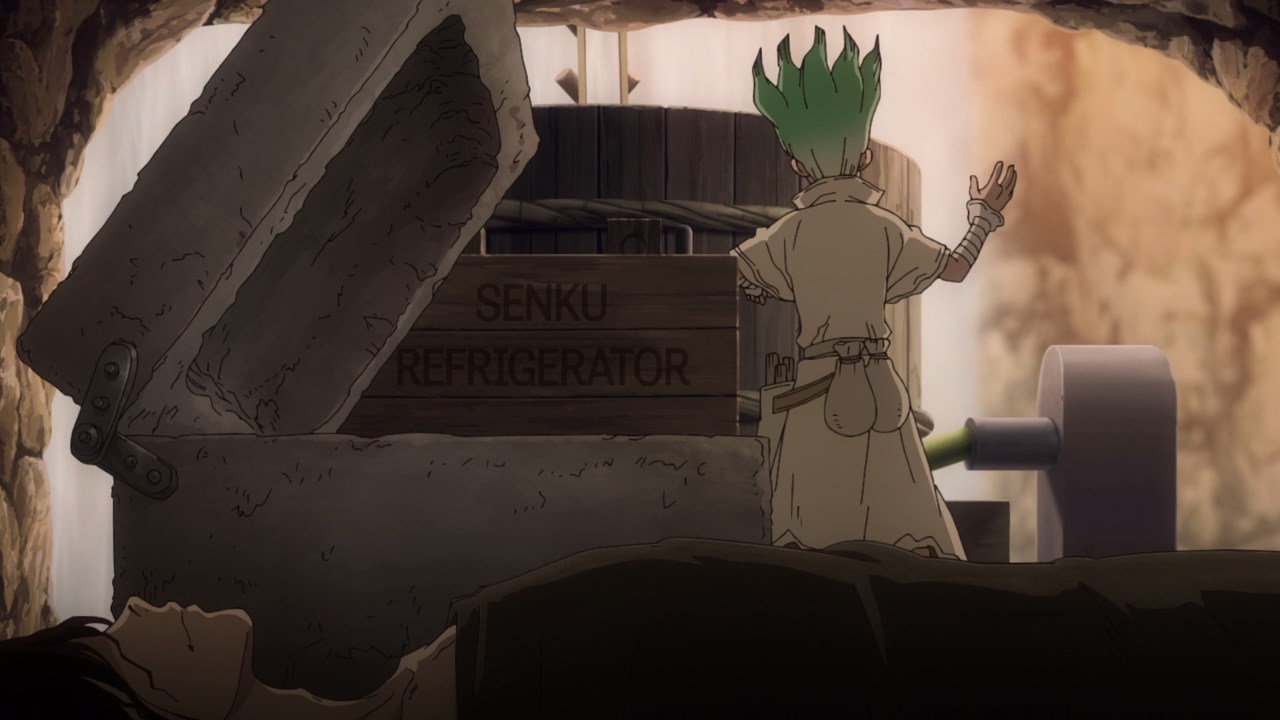 Well, the only last resort will be petrifying Tsukasa’s body by putting him inside a refrigerator. While Tsukasa Shishio will remain in cold sleep, I’m still skeptical if he’ll remain alive because he might die from sepsis.

Of course, Senku will make a medicine that would stop the infection, but that would take lots of time and resources to find a cure that would heal Tsukasa’s wounds. 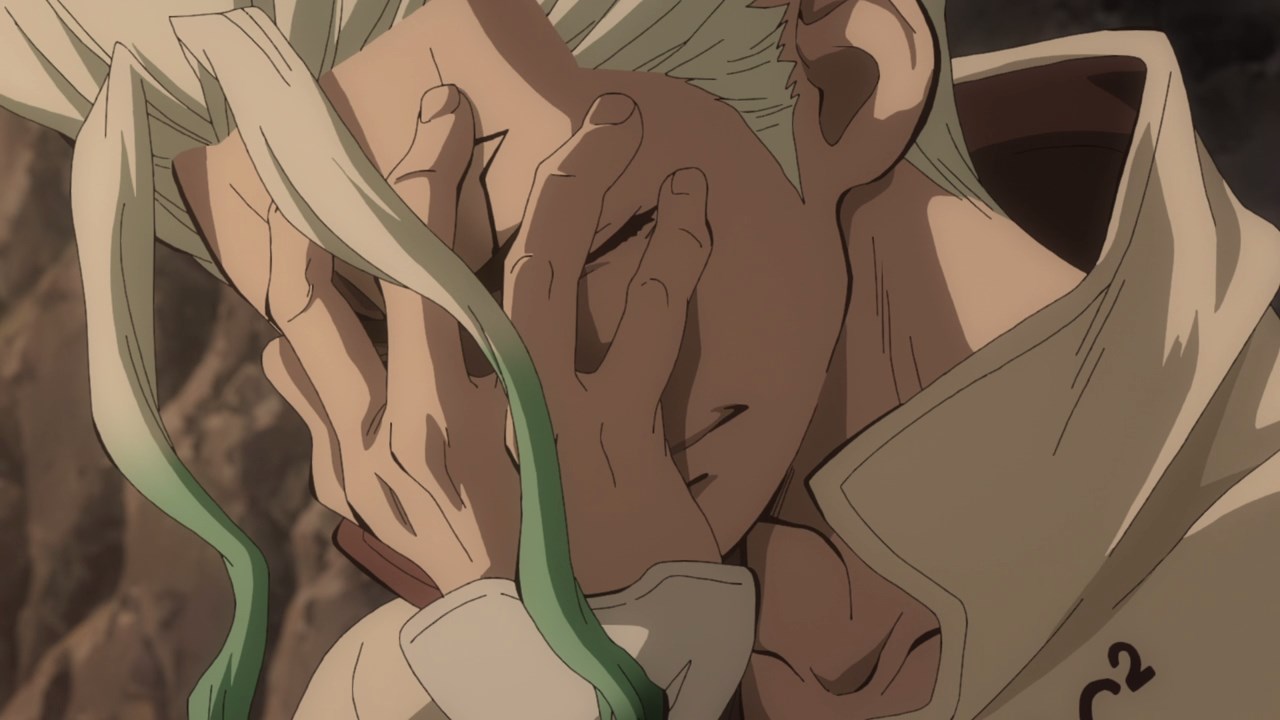 Regardless, it’s sucks that Senku will have to petrify Tsukasa despite the fact that they’re starting to reconcile their differences. Shit, I’m crying to this scene! 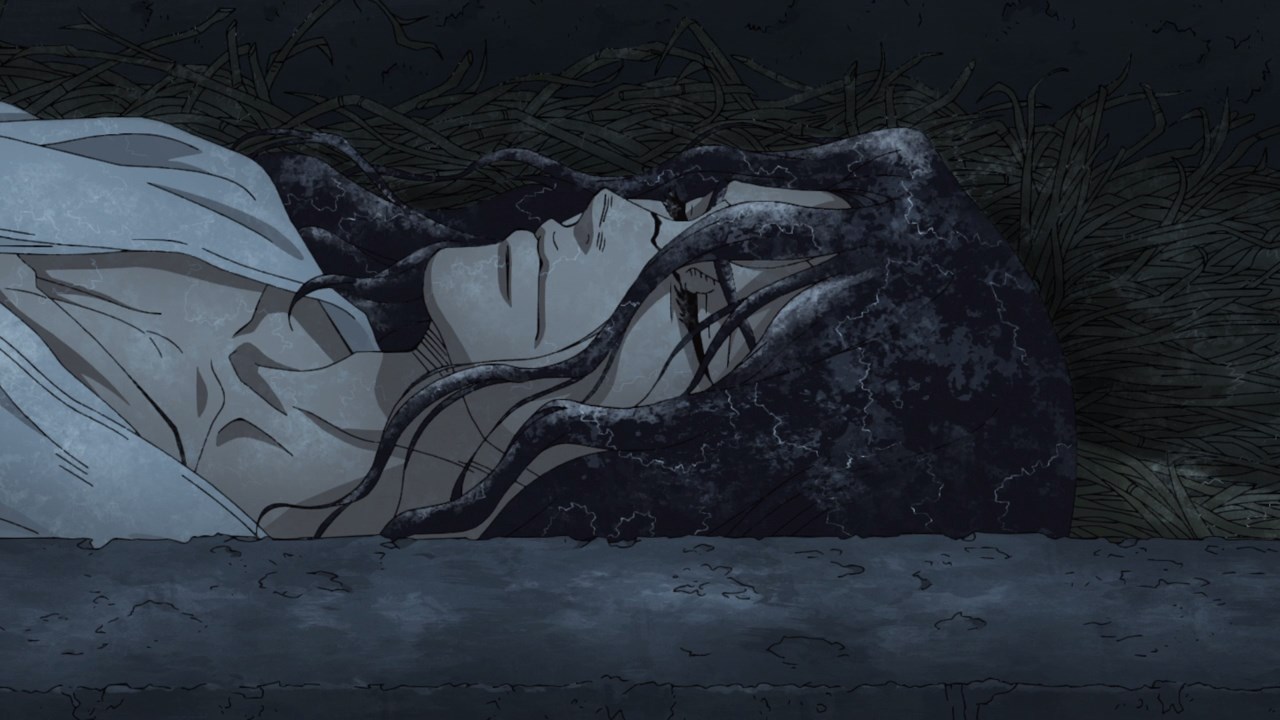 And so, it’s time to put Tsukasa Shishio into a cold sleep where I’m really sad that I’ll miss the strongest high school primate. 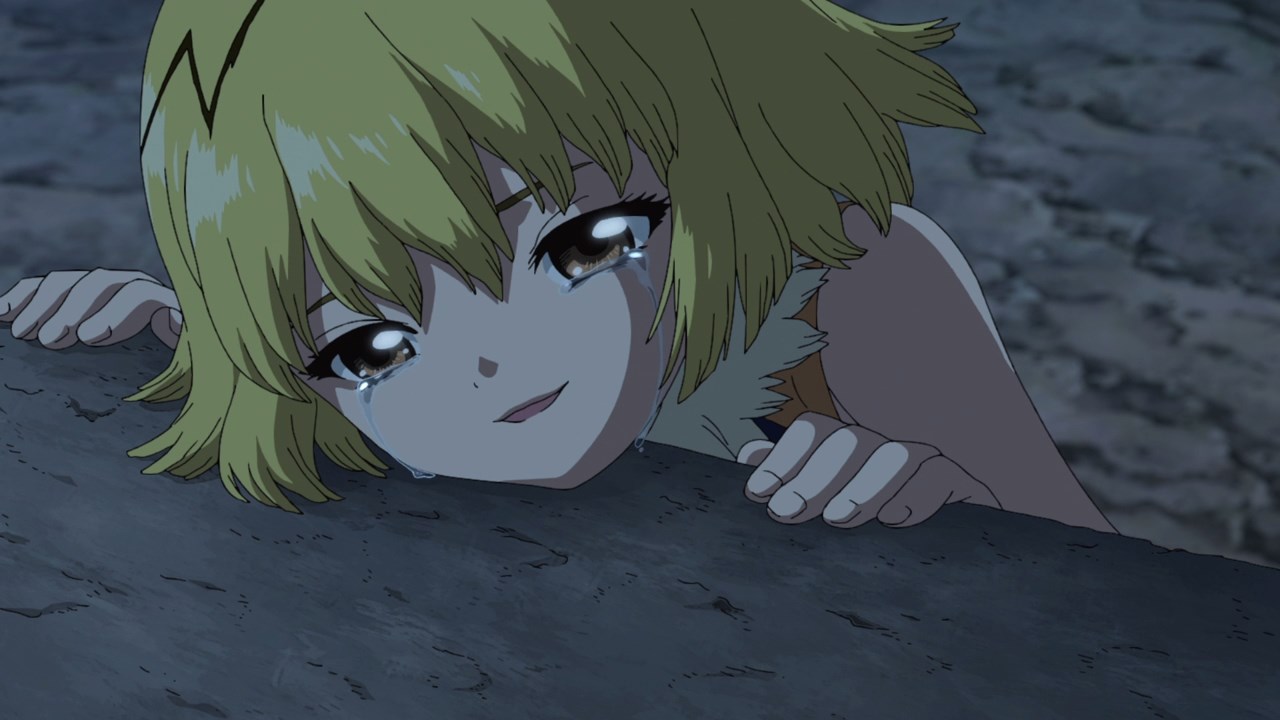 As for Mirai, she’ll take care of her brother until the day Senku created a medicine to cure Tsukasa’s infection.

And that’s the end of Dr. Stone: Stone Wars and man, this scene is really heart-breaking to see! 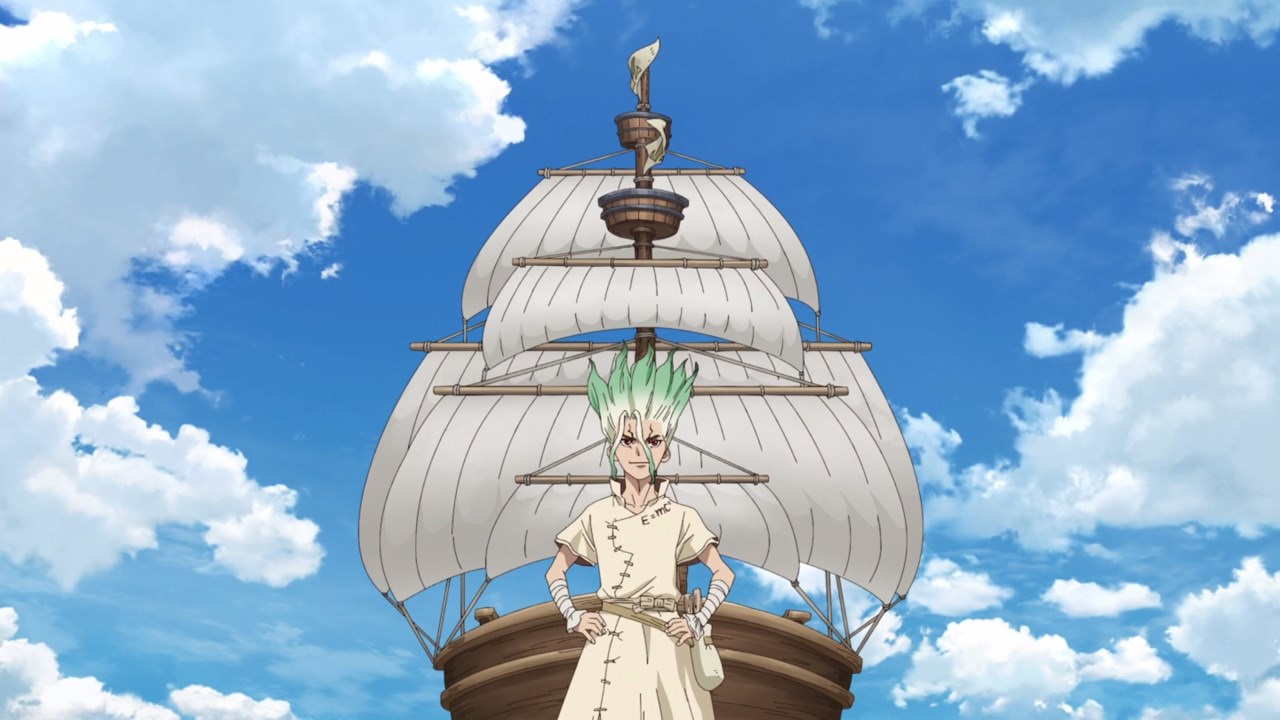 But fret not however because Dr. Stone will return in the future as Senku and the entire crew from Ishigami Village will travel to the other side of the world and find the root cause of the petrification phenomenon. Oh yeah, and they’re gonna use a boat ’cause they can’t go to various places on foot.

Now then, I feel that the 2nd season of Dr. Stone is better than the first one because both sides are making preparations to win a bloody war, although Senku and his Kingdom of Science managed to win the war without losing a man. Speaking of the Empire of Might, there are some characters that I found it interesting like Niki Hanada and Ukyo Saionji who retained their humanity, unlike Hyoga where he’s a warmonger and failed to overthrow Tsukasa.

Oh and as for Tsukasa Shishio? I’m surprised that he didn’t intend to create a natural world for the pure-hearted people, where he really want to see his little sister again. Good thing Senku revived Mirai but I’m still devastated that Tsukasa will remain in cold sleep for a long time.

Anyways, I’m guess I’m done with the 2nd season as I’m looking forward for the 3rd one. Hoping that it’s still good or even better than Season 2!