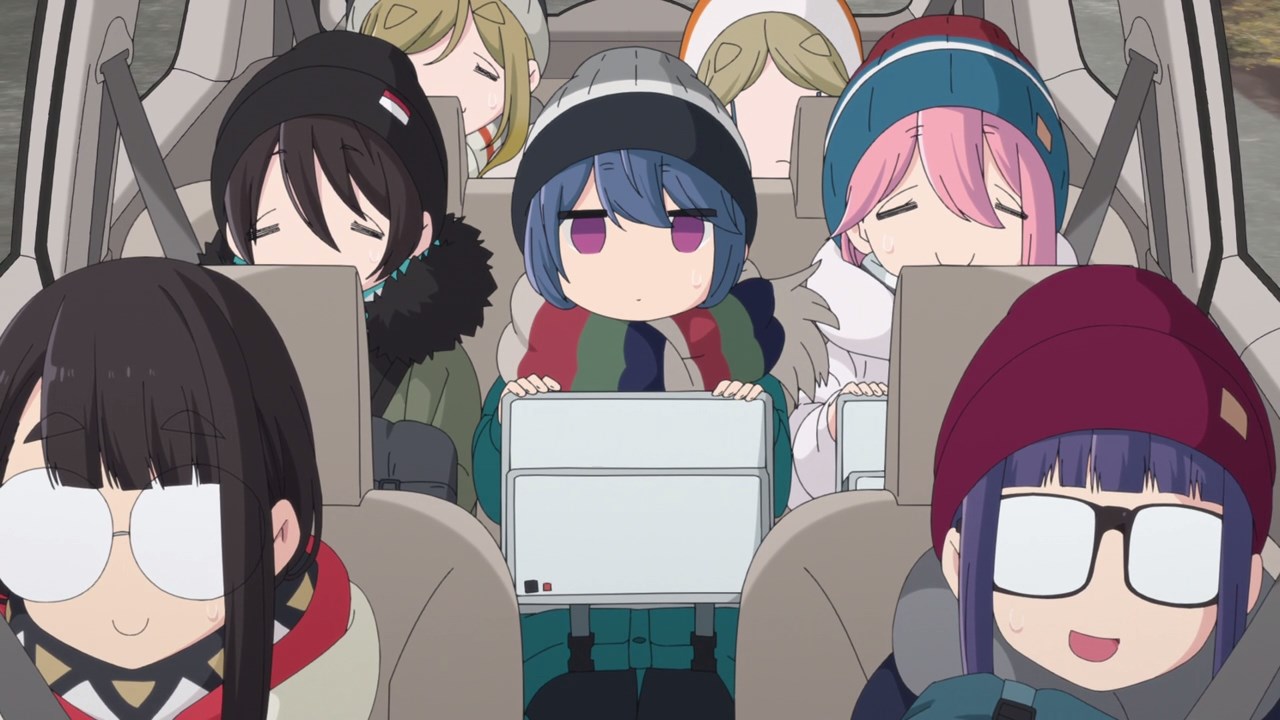 Well everyone, this is the final episode of Yuru Camp 2nd Season as the girls are travelling to Mt. Omuro in hopes on seeing Mt. Fuji from a different perspective.

By the way, Rin Shima is inside Minami Toba’s car as she left her bike at the campsite, although it’s a bit cramped for Shimarin. 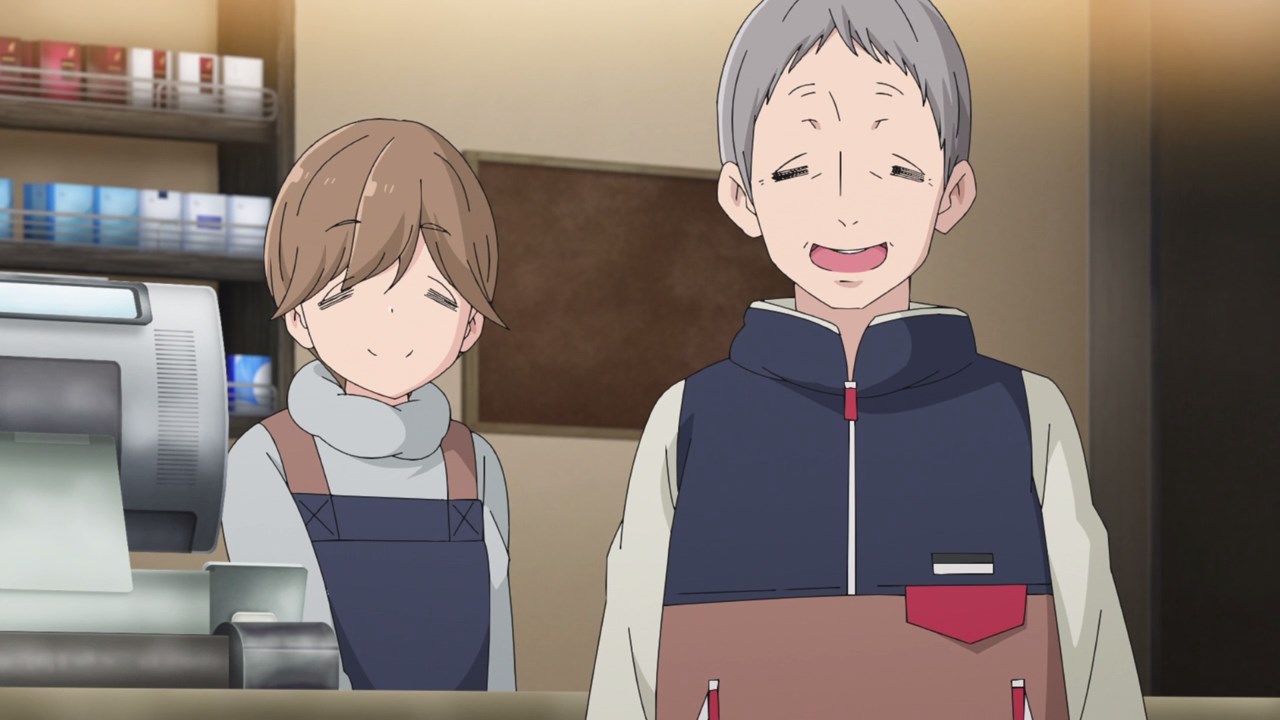 But first, they need to visit the Iida family first where Nadeshiko Kagamihara and the rest thanked them for finding a camping spot. 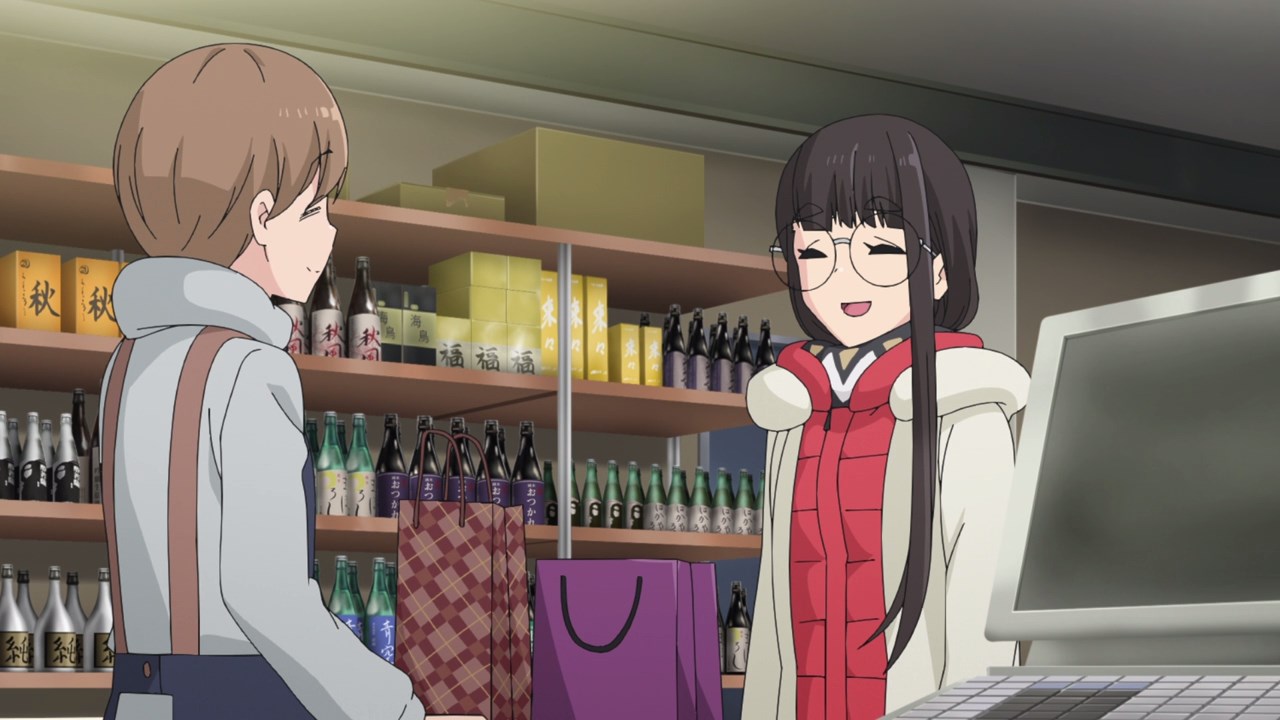 Oh yeah, here’s Minami Toba where she gave them a bottle of sake and a pack of raisin sandwiches as presents. But anyways, I thank the Iida family for saving them. 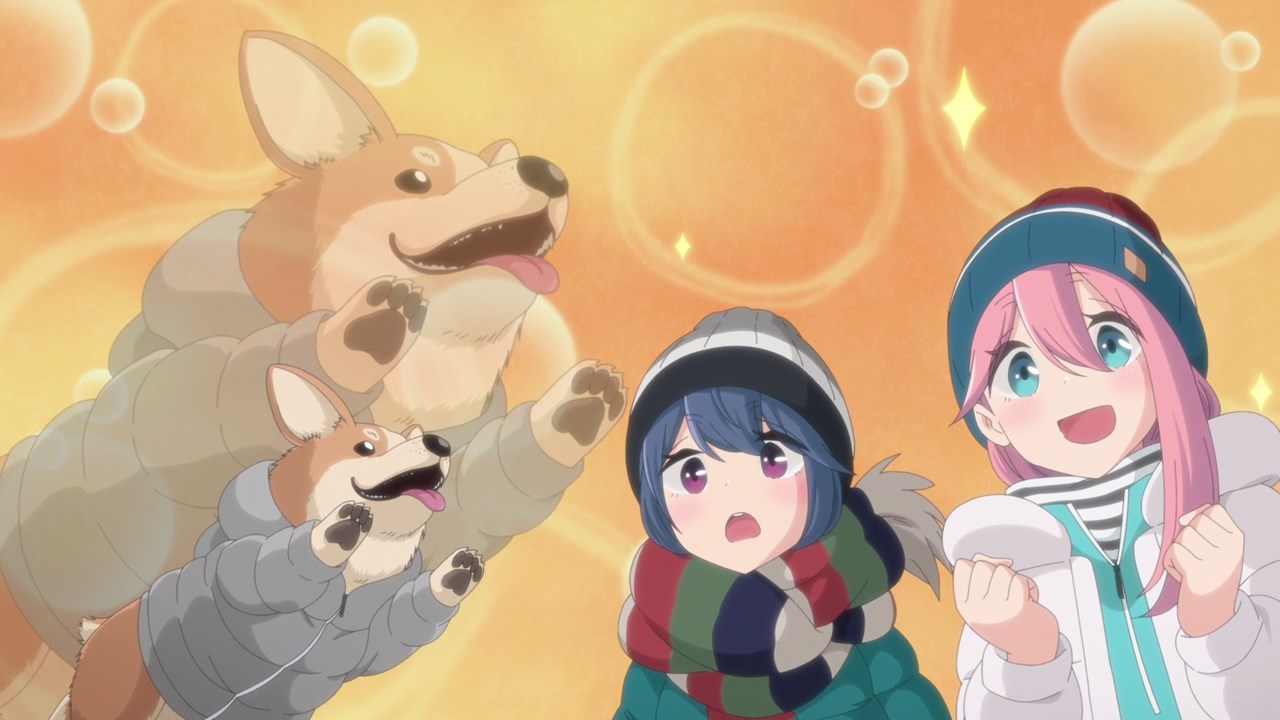 By the way, looks like Nadeshiko and Rin-chan saw a corgi who looked like Chikuwa, although the truth is that it’s actually Choko. 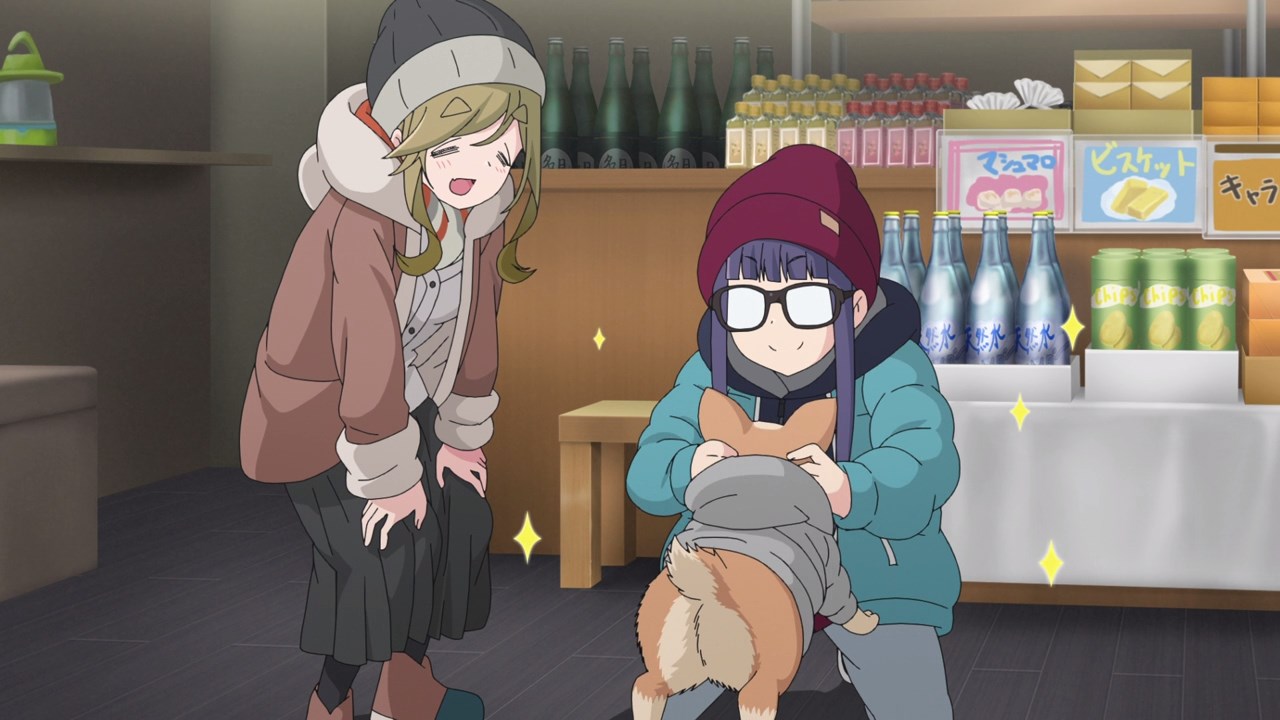 And speaking of Choko, Iida-san’s pet corgi went straight to both Chiaki Oogaki and Aoi Inuyama as Choko is happy to see them again. 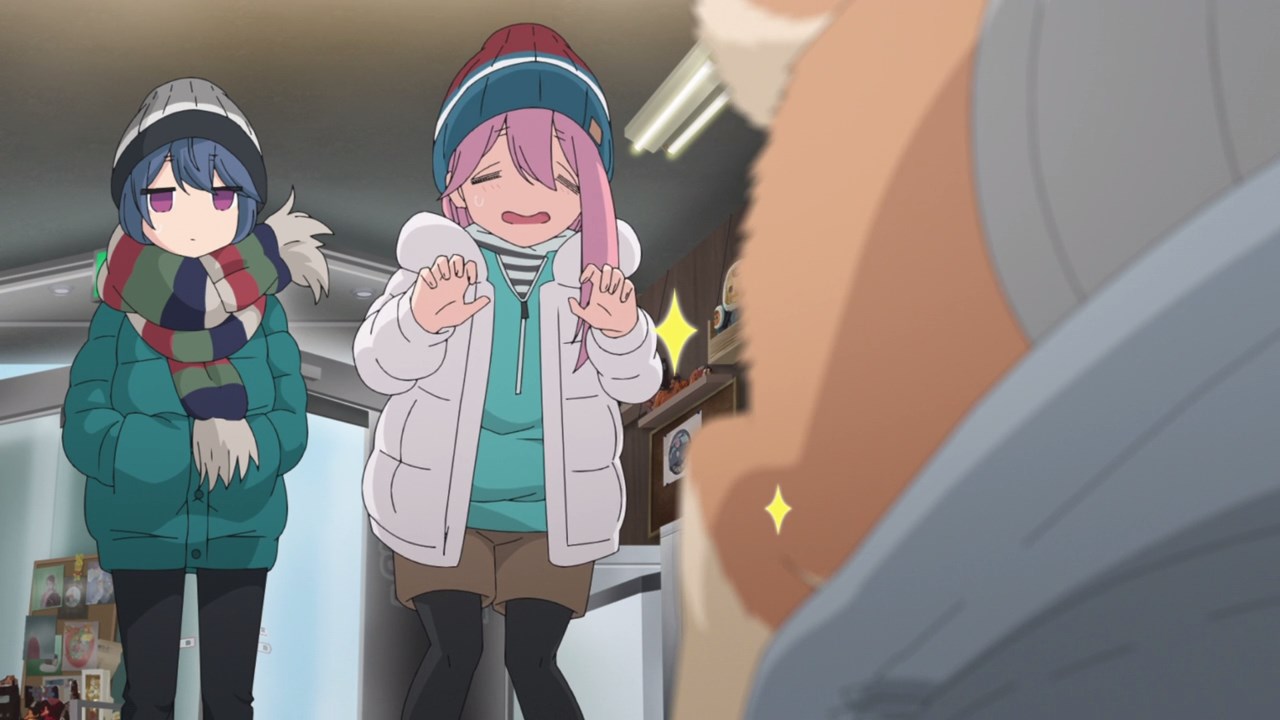 But for Nadeshiko Kagamihara and Rin Shima, they got ignored. Looks like they should have joined Chiaki’s camping trip in Lake Yamanaka in order to know more about Choko.

Then again, they’ll experience those mishaps where Chiaki Oogaki and the rest forgot to bring firewood in order to keep themselves warm. 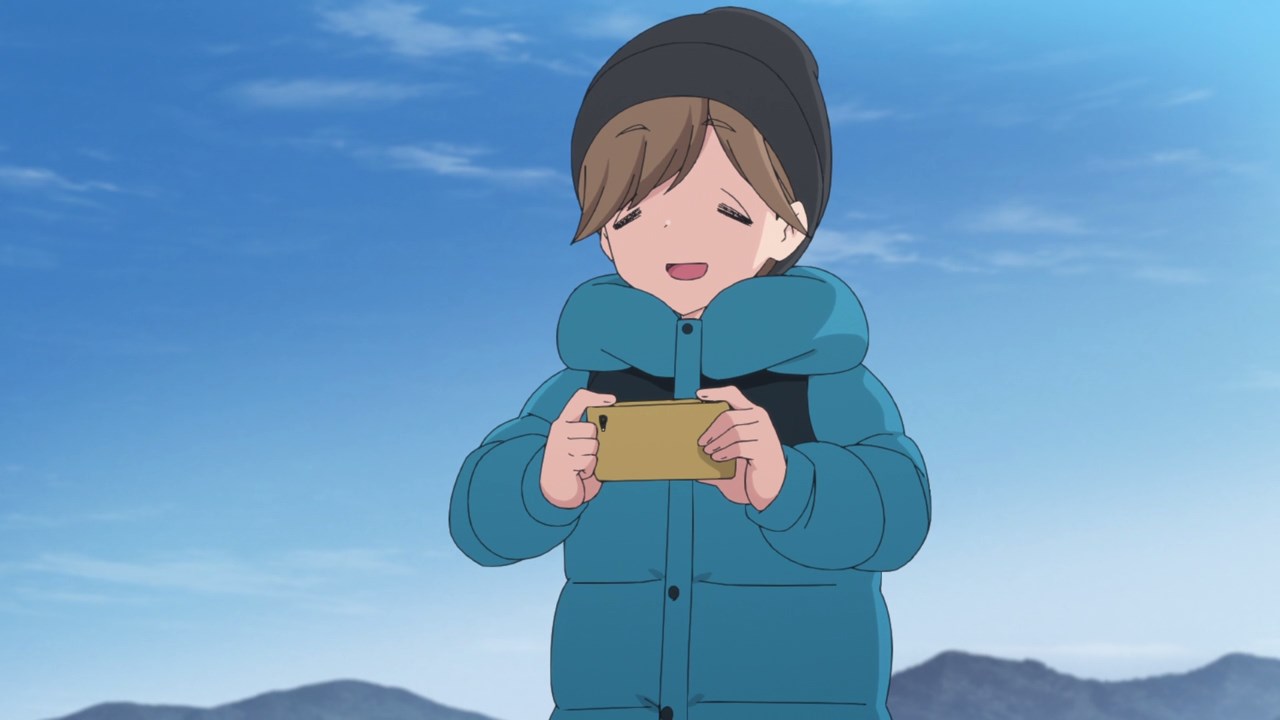 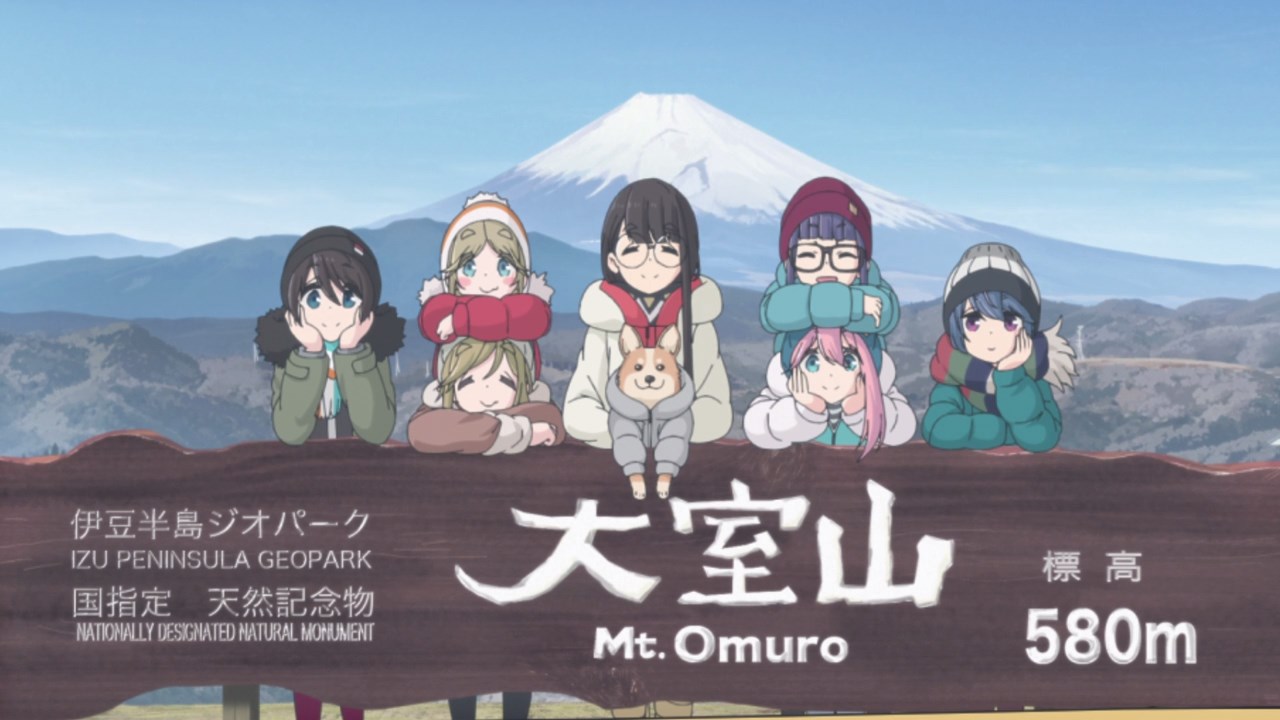 With that said, the rest of the episode sees them visiting geospots like Mt. Omuro where Iida-san took a picture of the girls.

Oh by the way, there’s an urban legend where if you look at Mt. Fuji from Mt. Omuro, you’ll suffer misfortune. Then again, it’s not like the legend will happen at all. 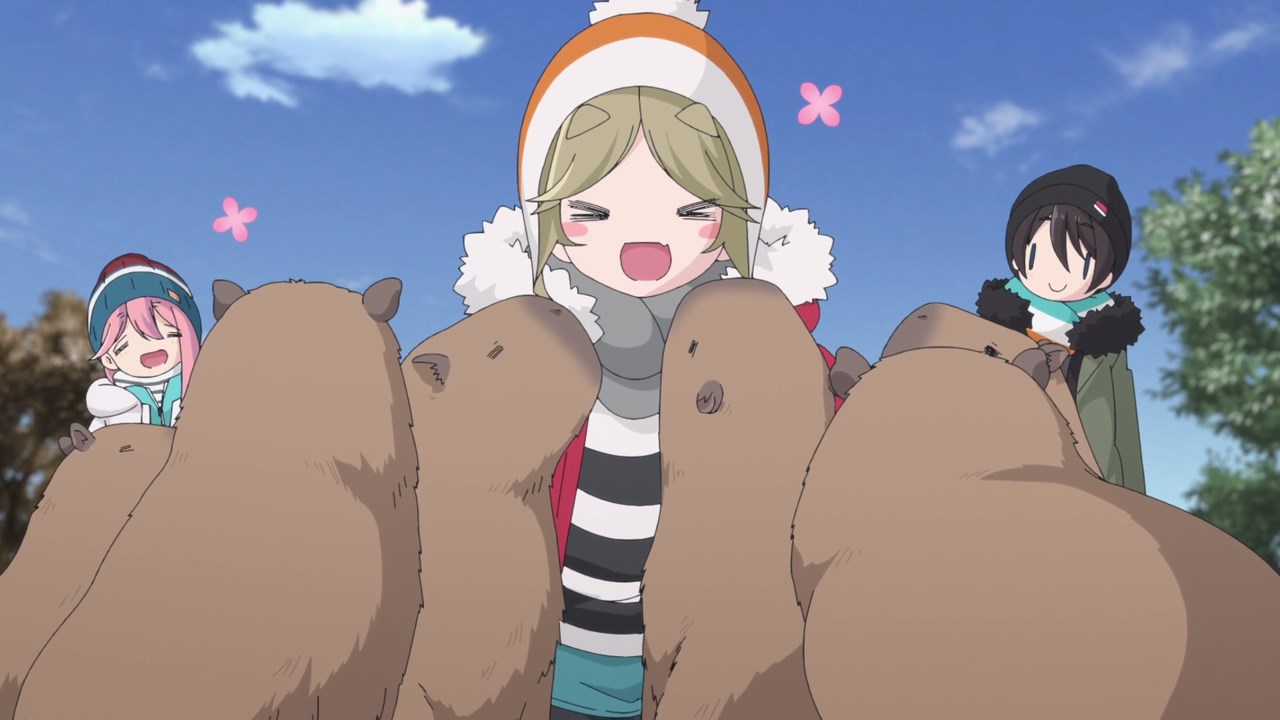 Afterwards, they went to Itou Cactus Park where Nadeshiko and the rest saw various animals, including capybaras where Akari is happy to cuddle them. 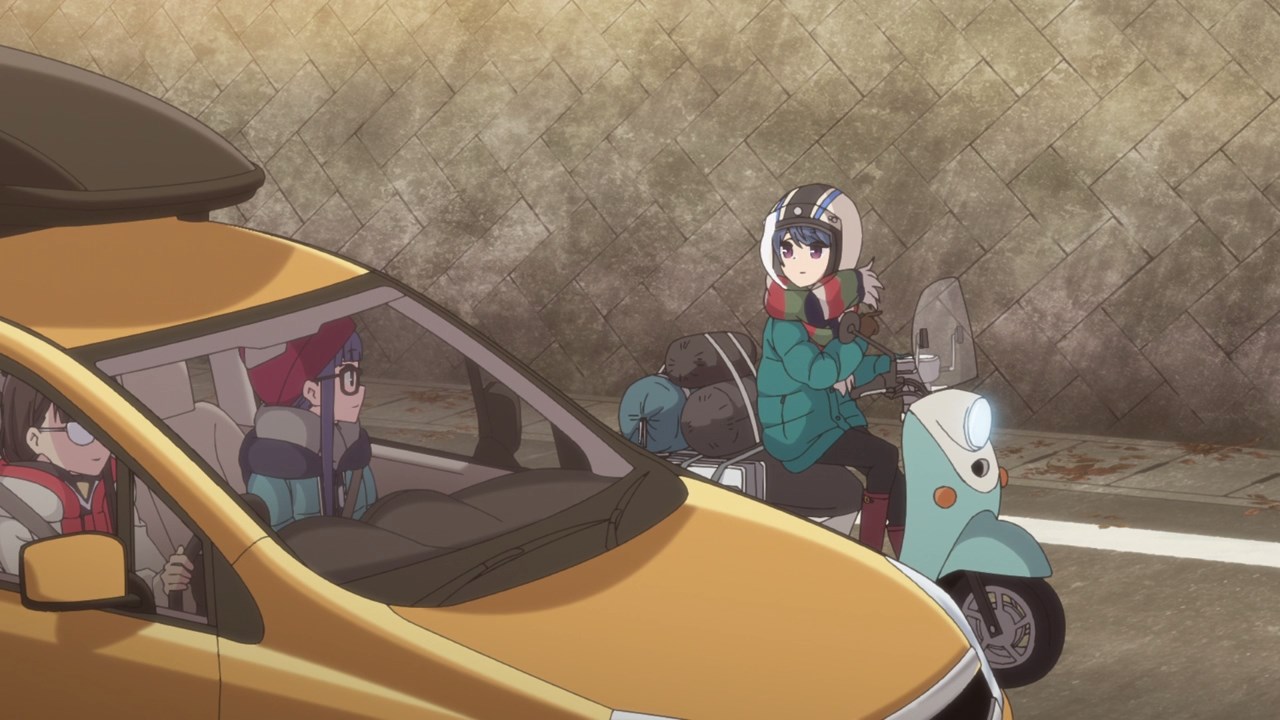 Unfortunately, it’s time for them to head home as their camping trip is finally over.

By the way, Rin Shima will take a different route as she wants to see various places along the way. Well, that’s understandable considering that she’s riding a bike. 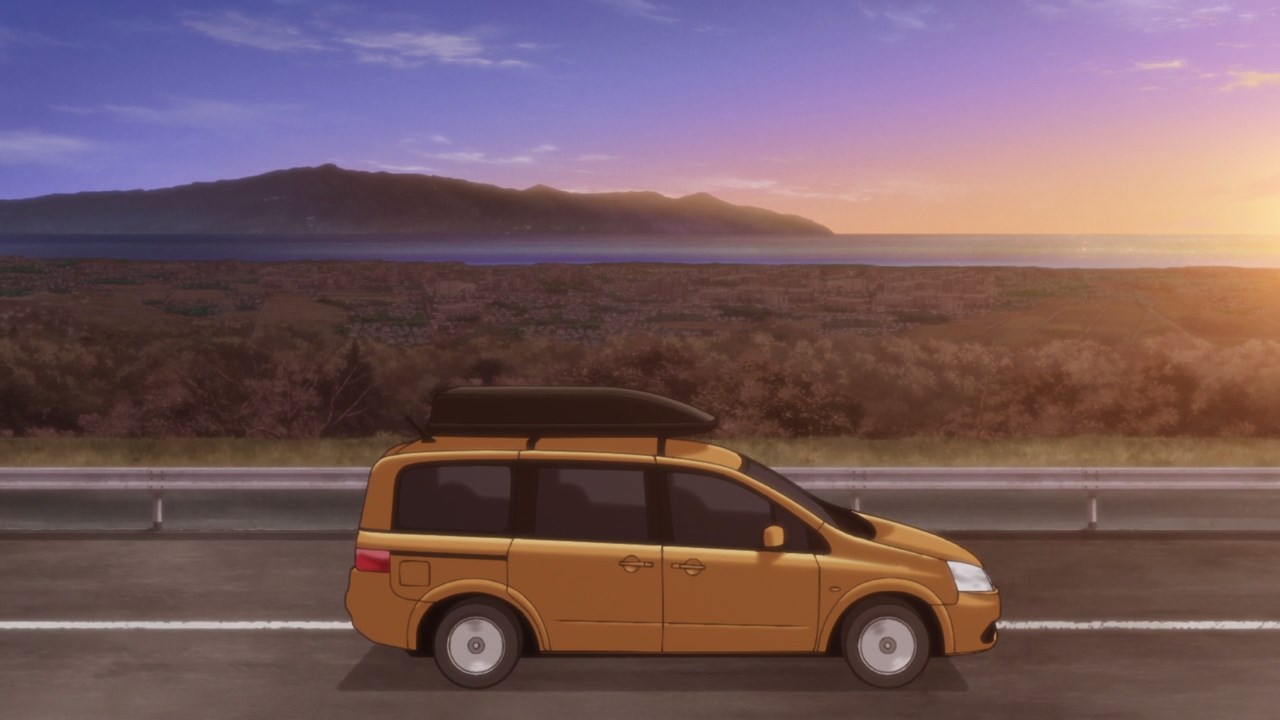 But anyways, Nadeshiko and her friends arrived home safely. You may thank Toba-sensei for driving them home in addition to holding her alcohol consumption. 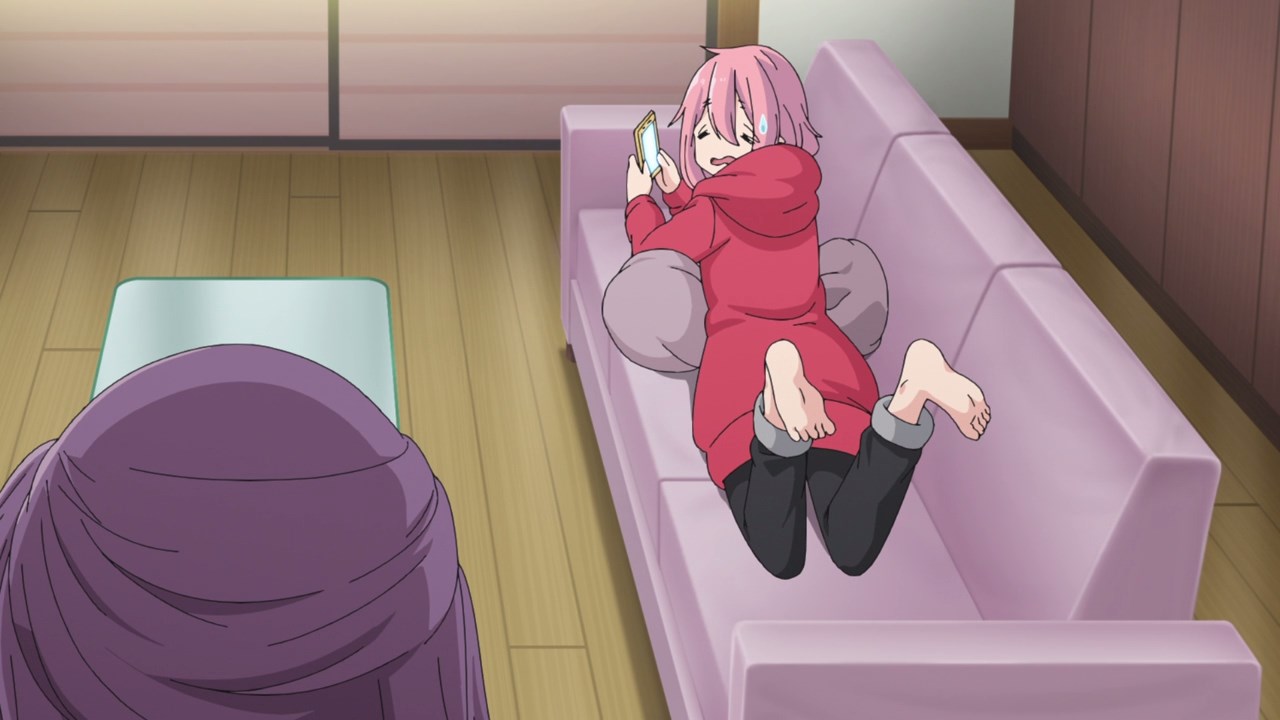 However, Nadeshiko is worried that Shimarin hasn’t arrived home yet as she tries to contact her. I have a feeling that Rin-chan got stuck in traffic. 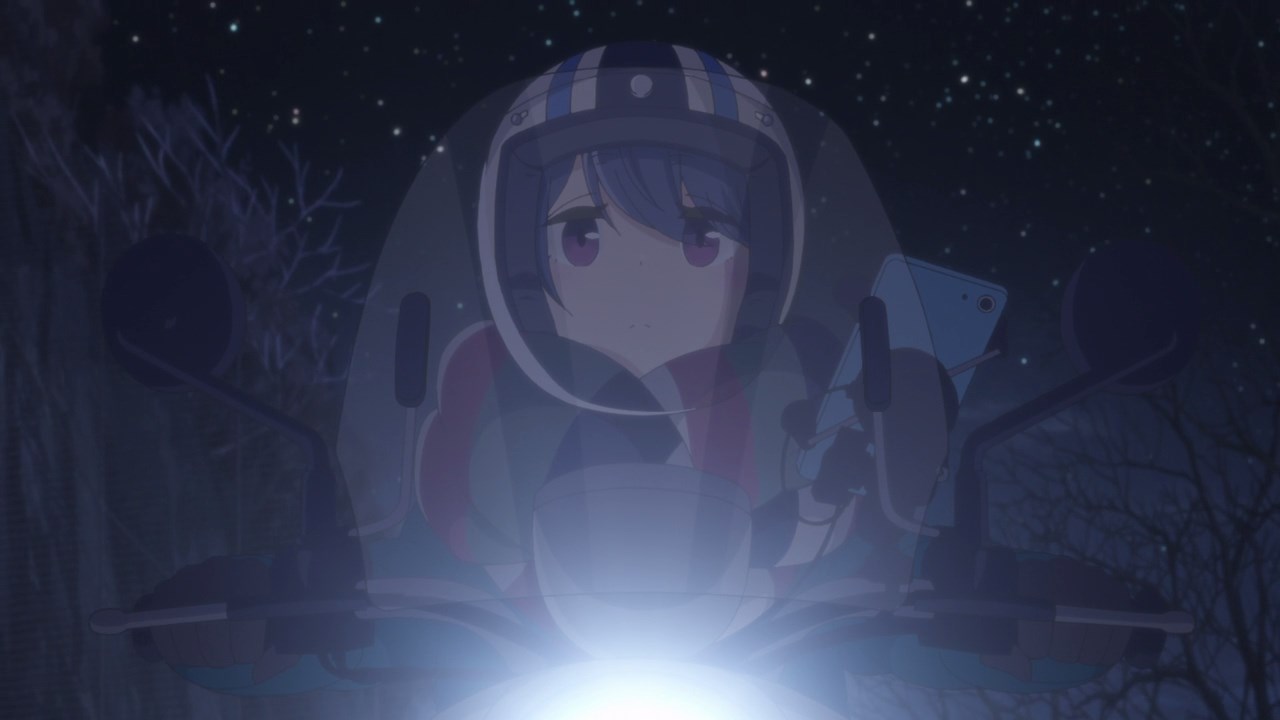 But here’s Rin Shima where she’s still riding her bike at night. Glad that Shimarin is safe as I’m worried that she might get caught in an accident. 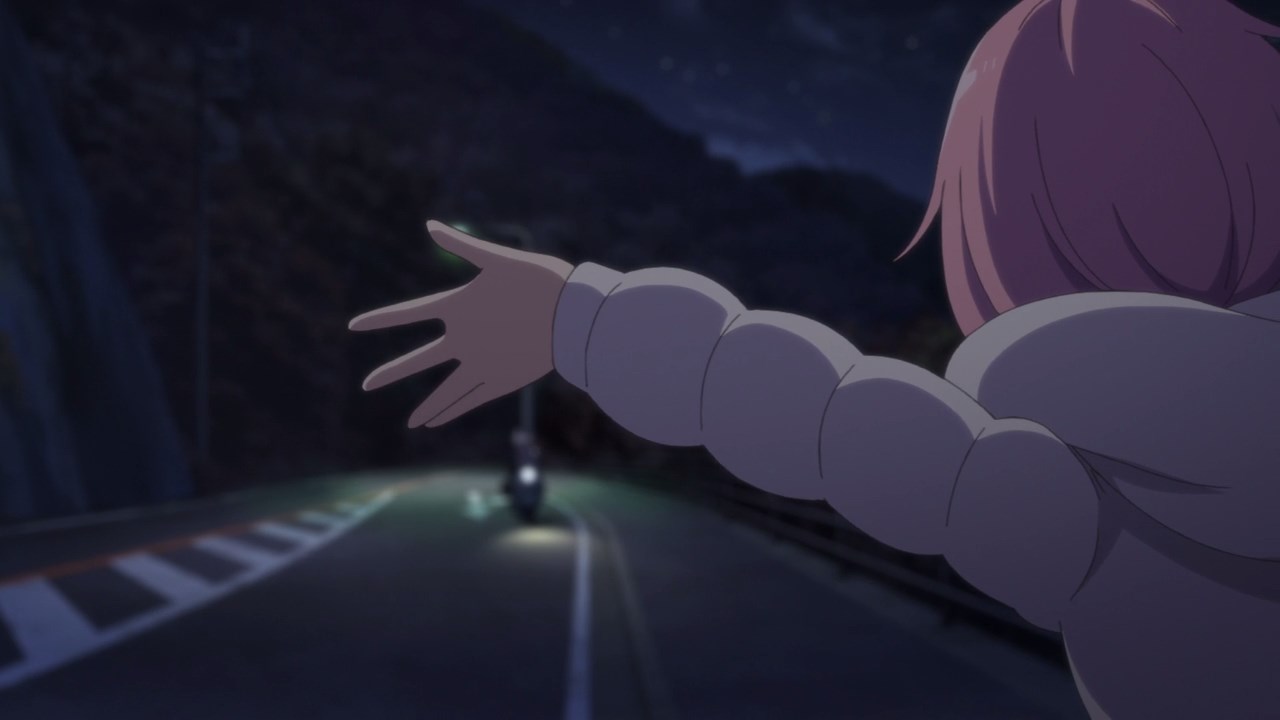 Anyways, Rin-chan saw Nadeshiko on the road as she waves her hand. Okay, did she pedal her way to see Shimarin. 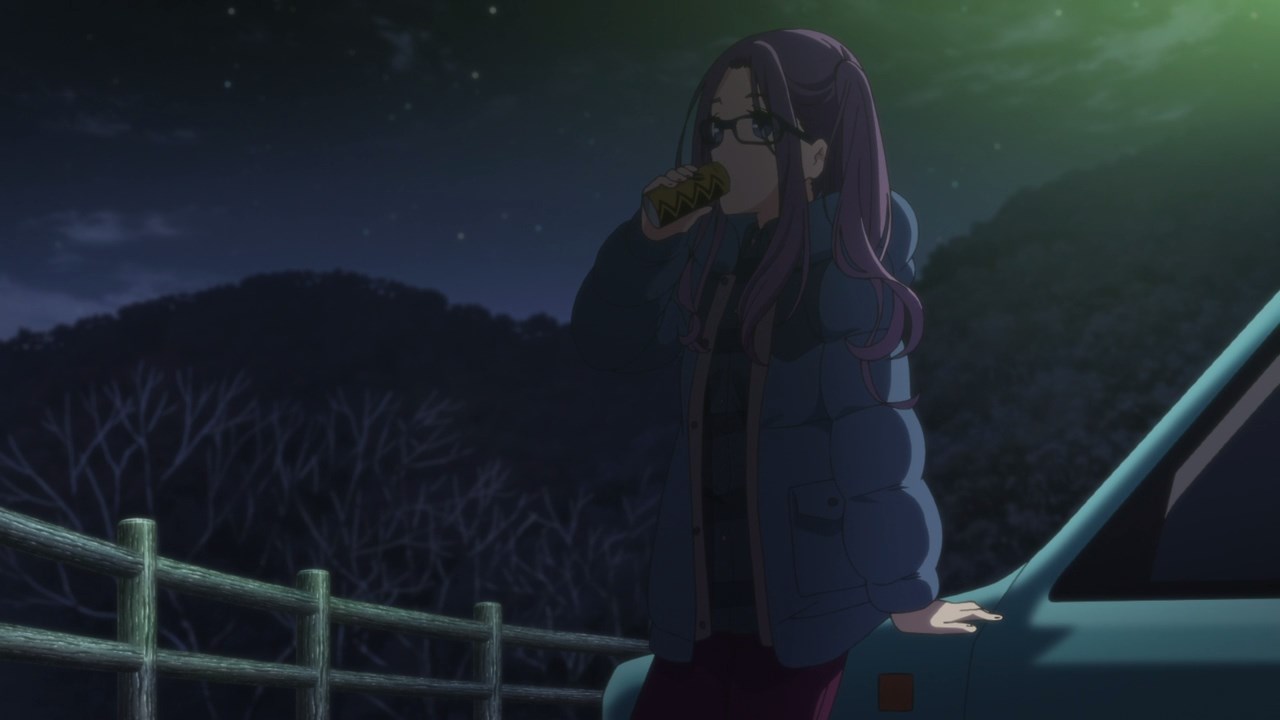 Oh, Sakura-san took Nadeshiko to the road via her car. I’m glad that Sakura helped her little sister out on this final episode. 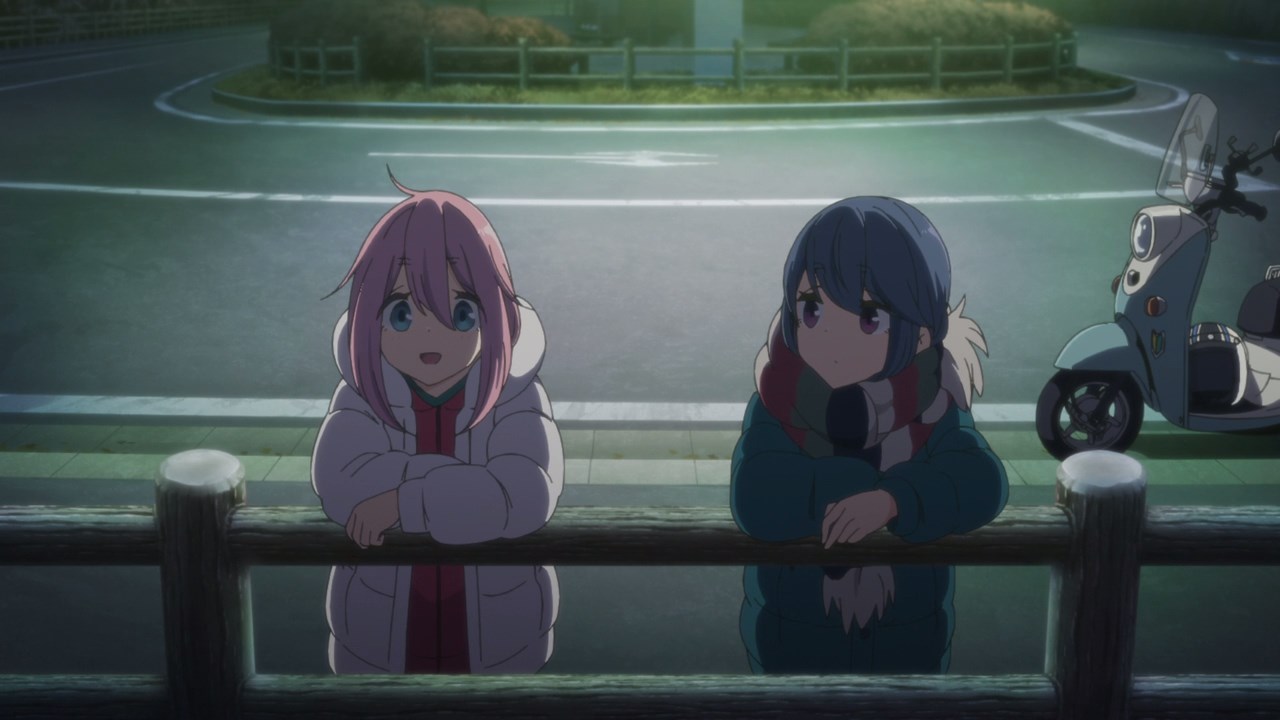 But that’s the end of Season 2 as it ends with Nadeshiko told Rin-chan about her next solo camping trip. Then again, I feel that her camping trip will be featured in the upcoming movie.

Anyways, all I can say is that I’ve enjoyed watching Yuru Camp 2nd Season and if there’s another season of it, I’ll gladly watch it. With that said, it’s time to say goodbye to Nadeshiko Kagamihara and her friends!