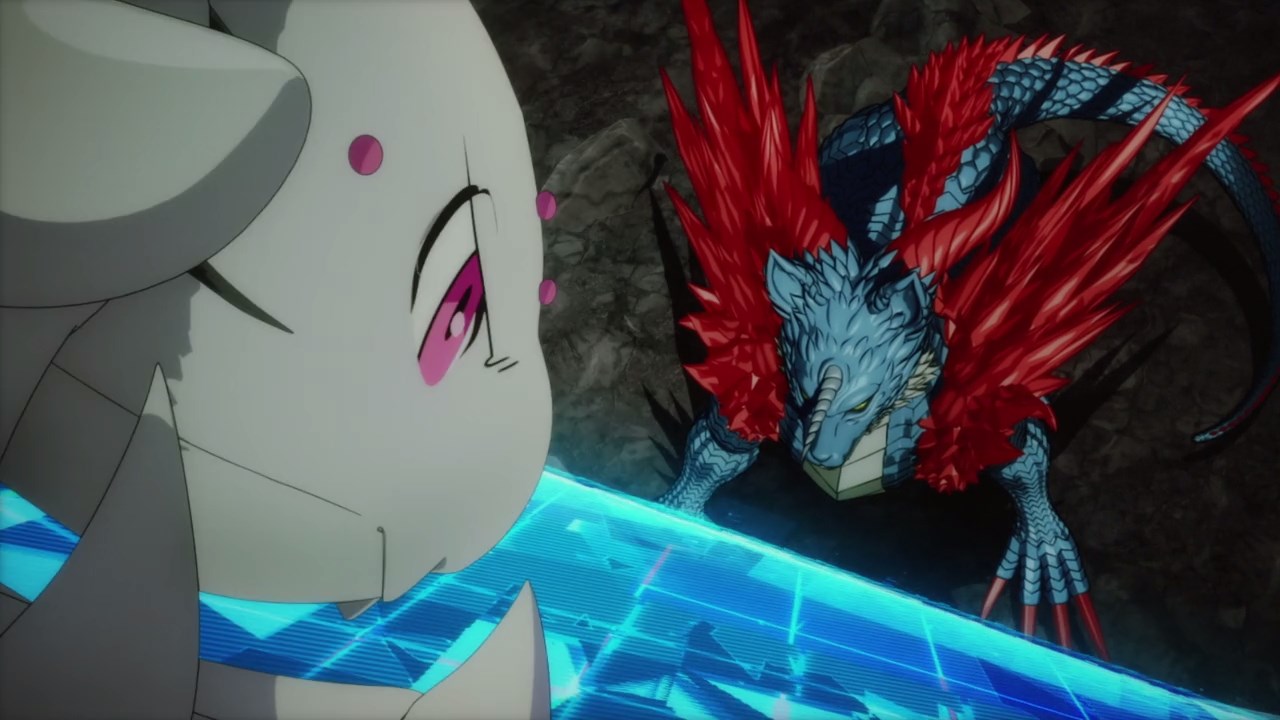 This is it, the greatest battle will begin at the Great Elroe Labyrinth as Ms. Spider will take on the Earth Dragon Araba.

Sure that a Zoa Ele fighting a dragon is suicidal, but Ms. Spider will do anything to beat Araba since she learned a bunch of powerful magic. 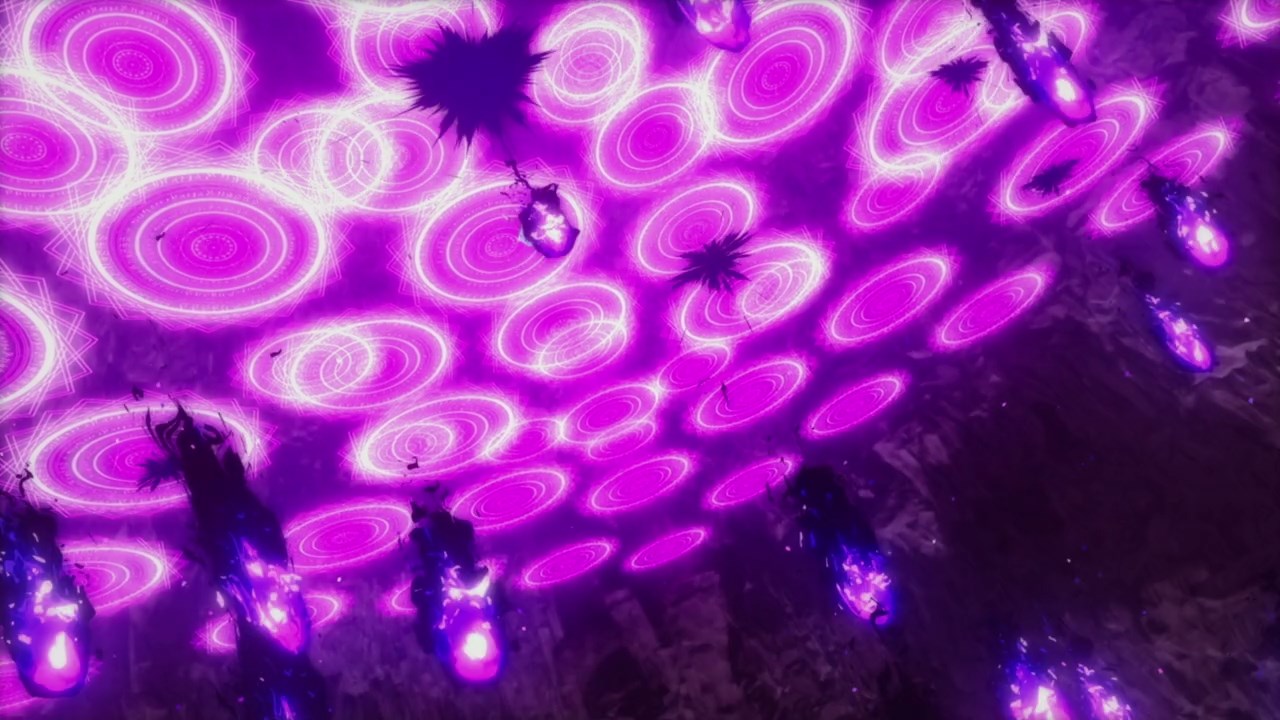 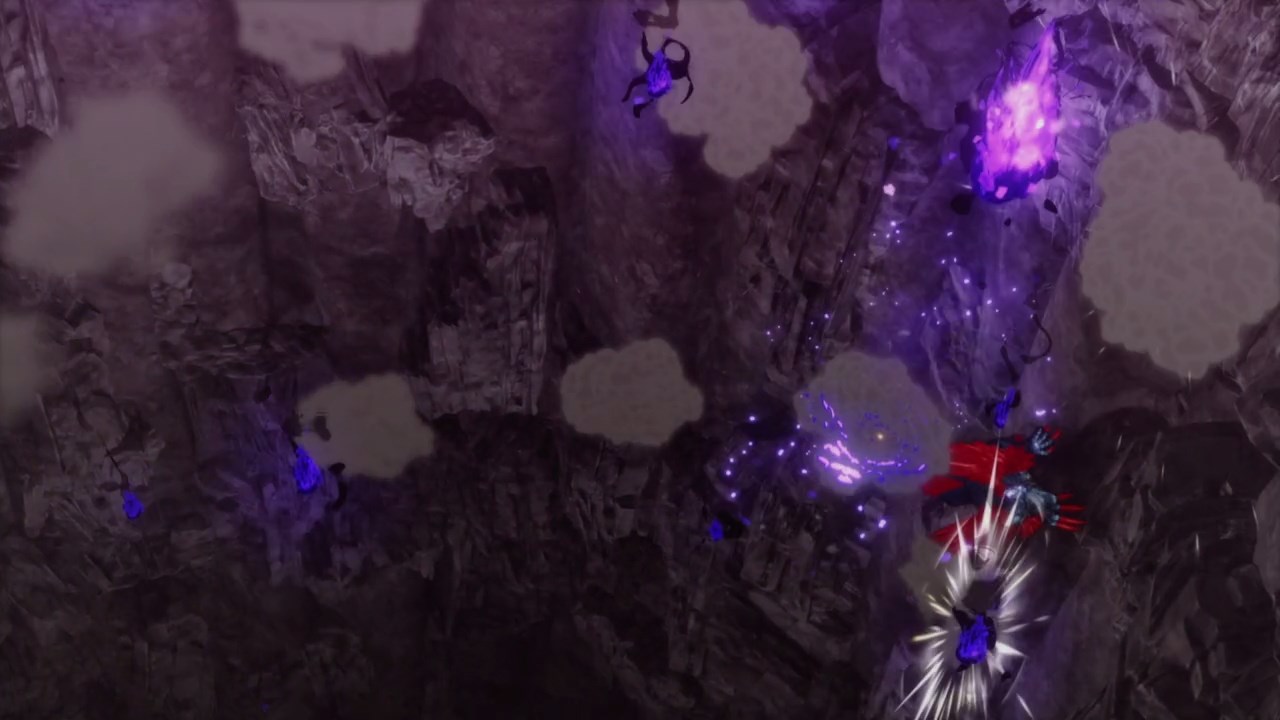 But let’s start things off with Ms. Spider throwing poison balls at the Earth Dragon, although Araba easily dodges her attacks. Well, this is gonna be a drawn-out fight. 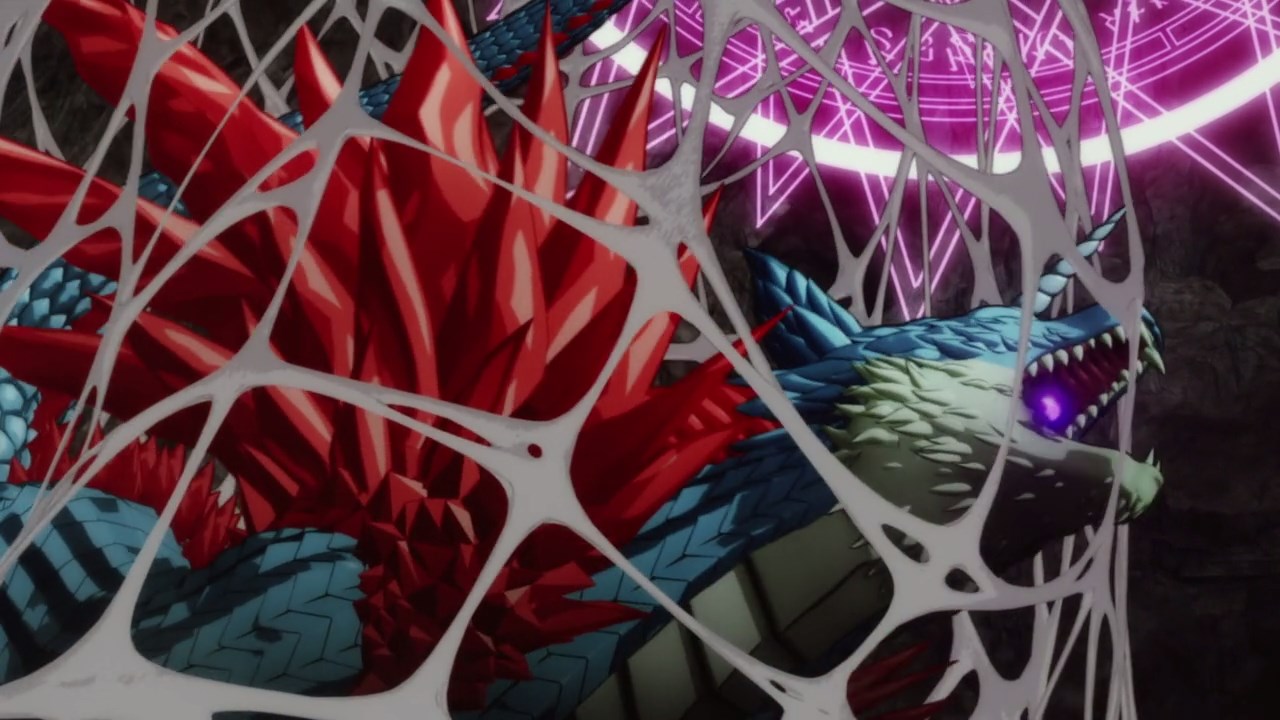 Speaking of Earth Dragon Araba, looks like he got caught by one of Ms. Spider’s web traps as Araba couldn’t get out. 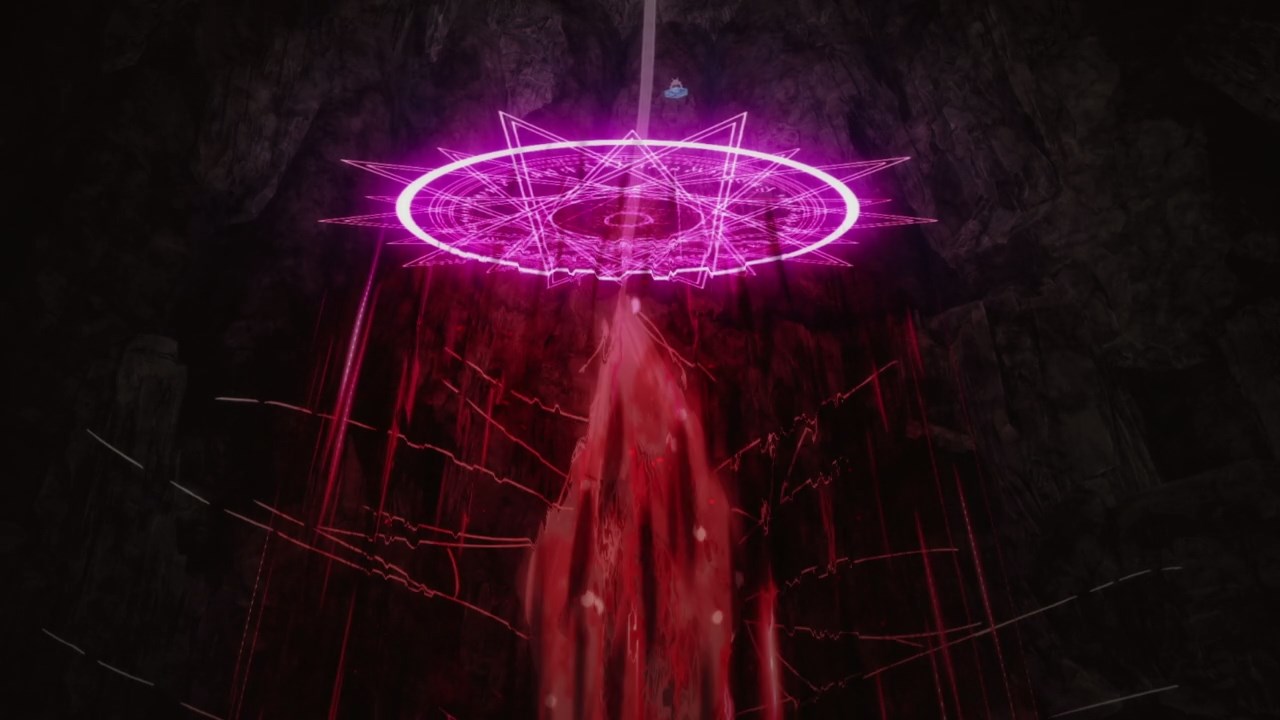 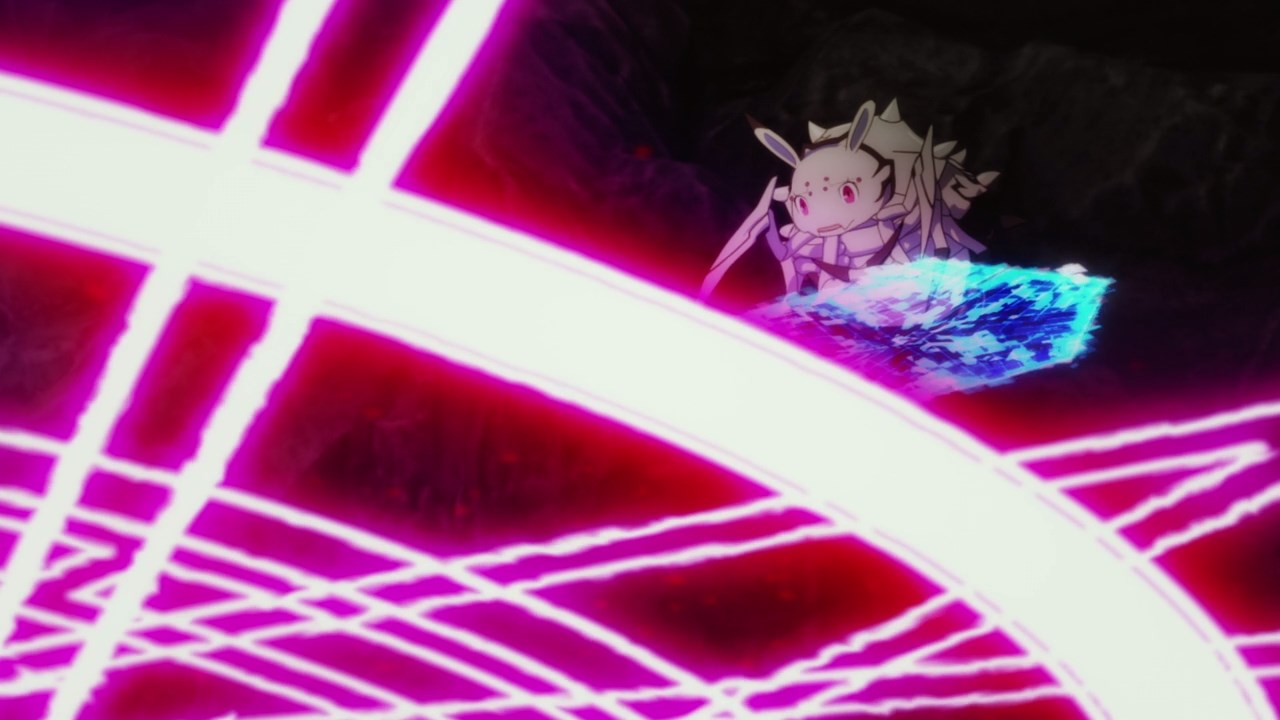 Not only that, but the Earth Dragon is about to experience some heresy magic called Phantom Pain as Ms. Spider casts it to inflict damage on Araba’s body from the inside. 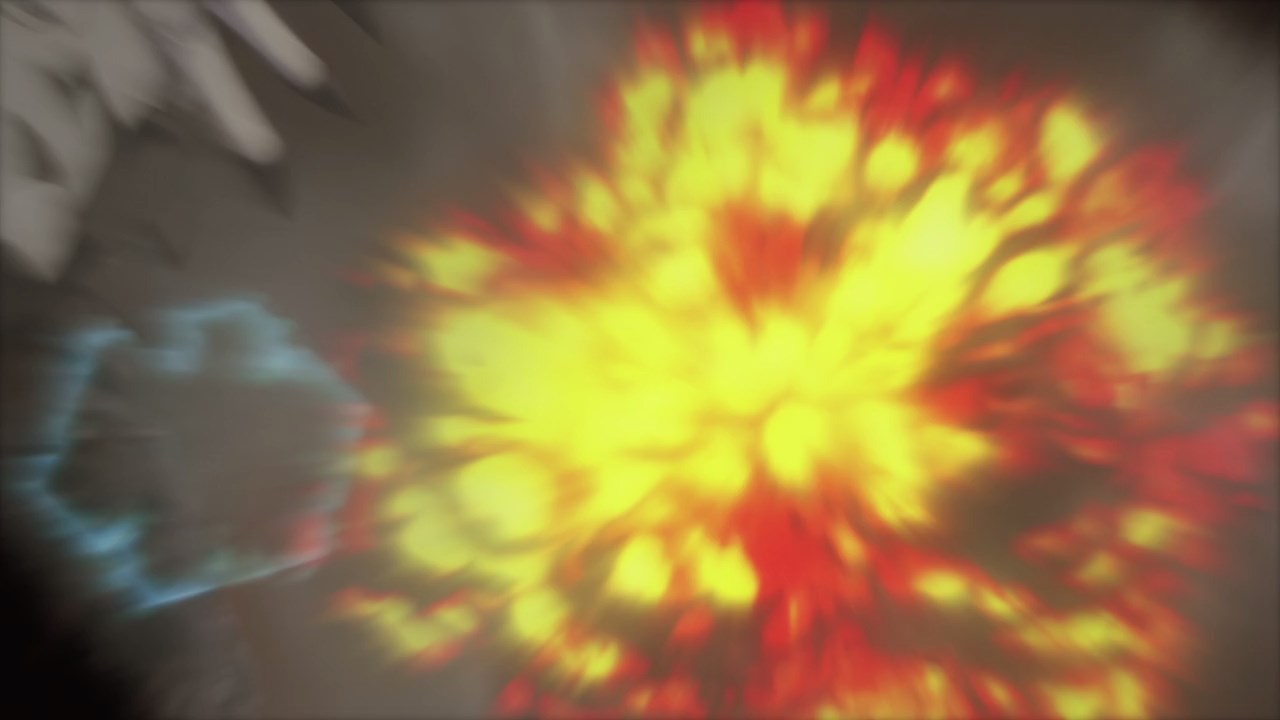 However, it appears that Araba spits a nasty fire breath that not only melts the spider web, but it blows Ms. Spider away. Looks like things are getting serious! 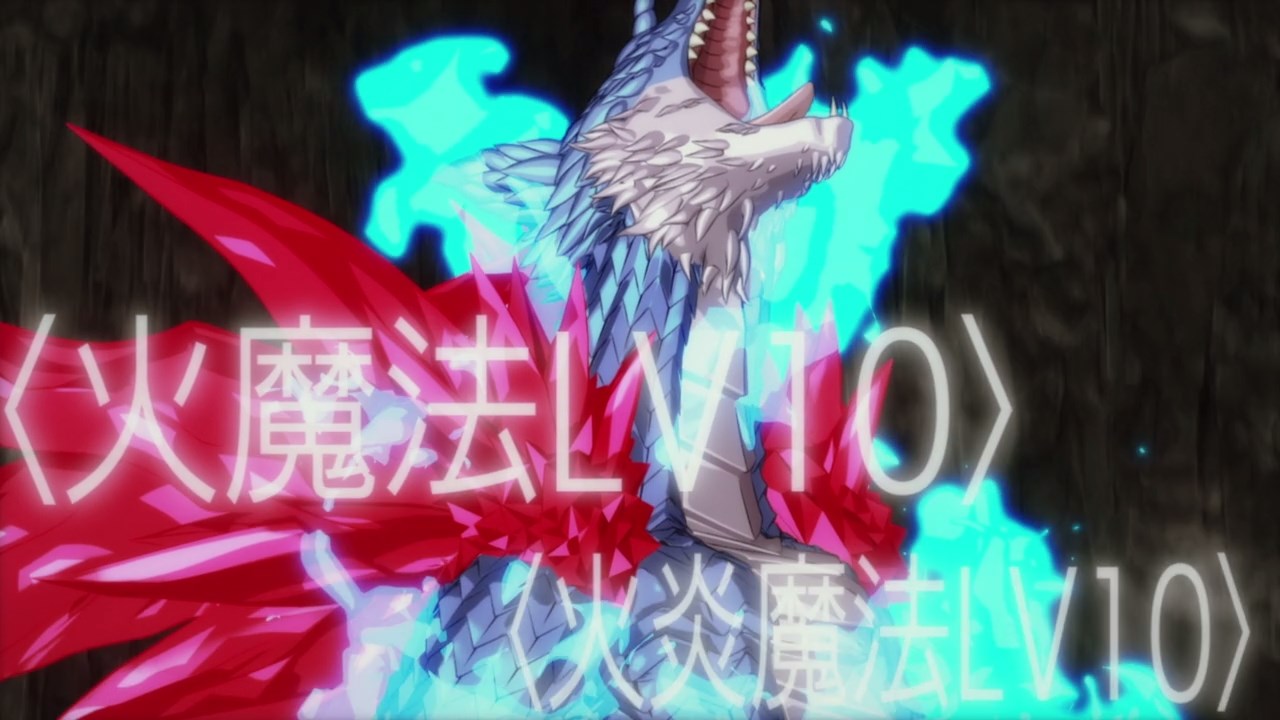 But let’s focus on Earth Dragon Araba where it gained lots of skills just to beat the hell out of Ms. Spider. 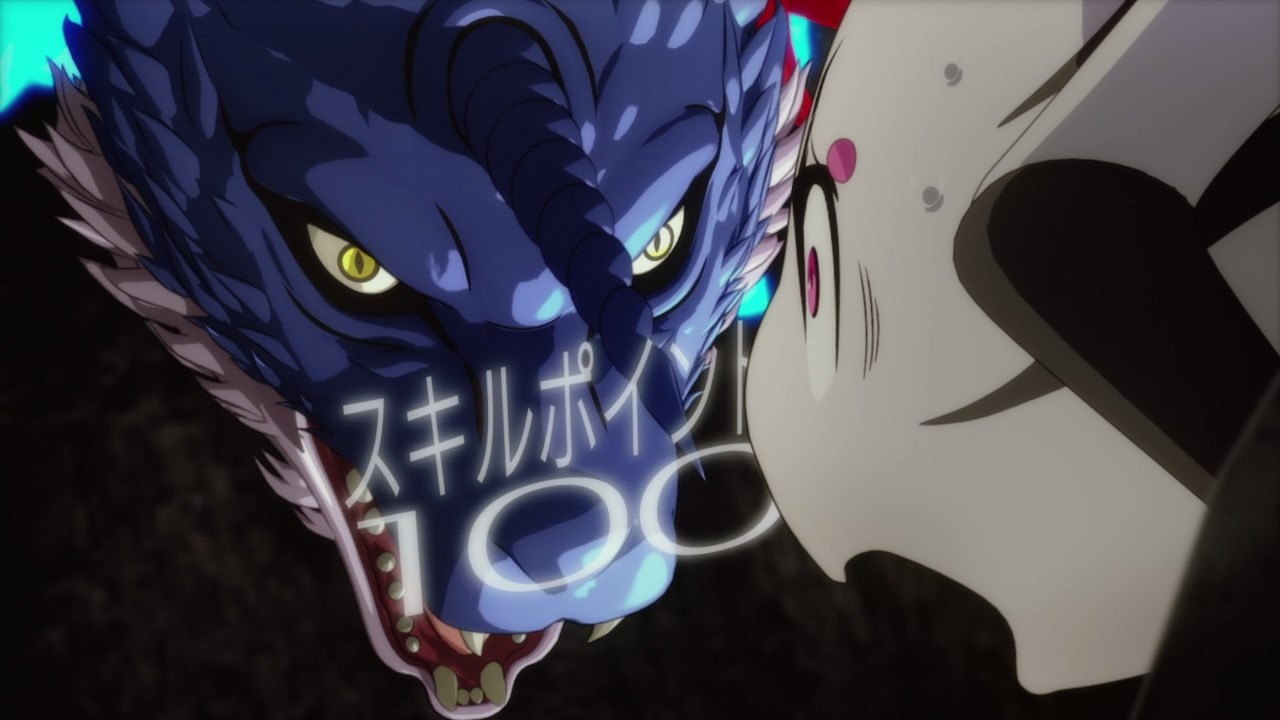 Oh, and it already spend lots of skill points as Araba realized that Ms. Spider is considered a big threat. God, I’m scared that she’s gonna get killed at this point! 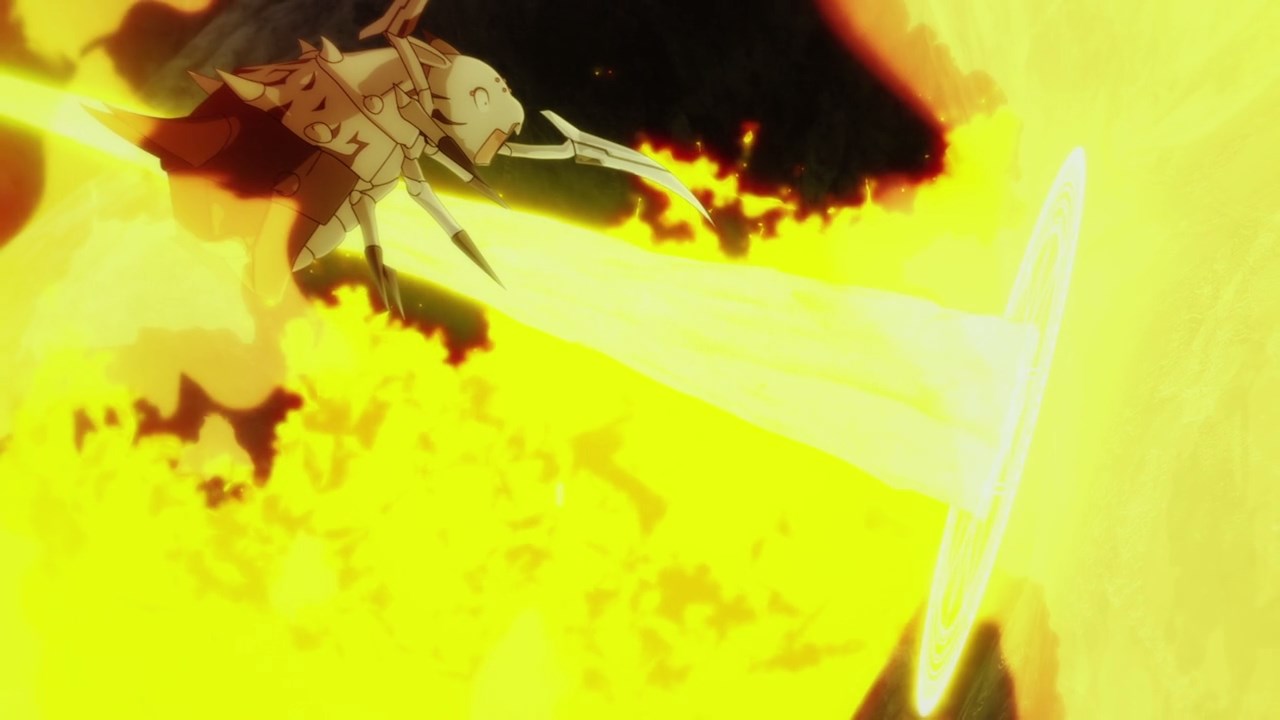 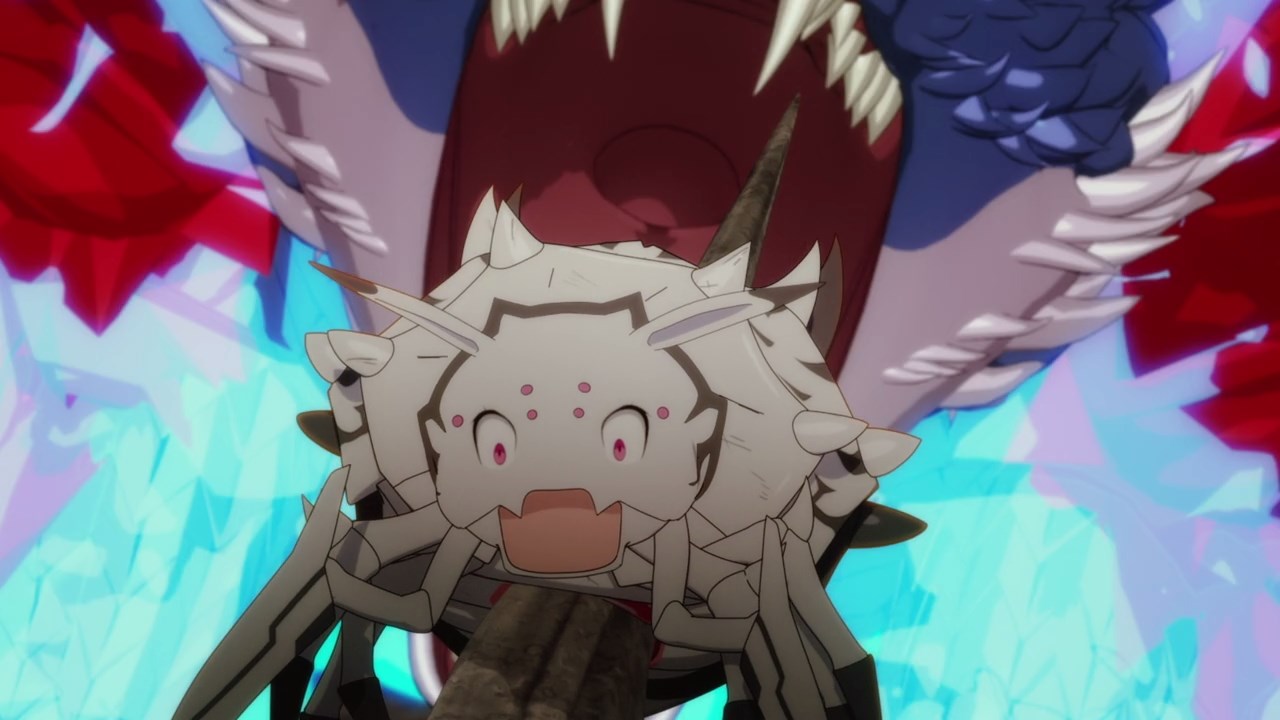 But let’s go back to Ms. Spider where she got skewered by a large pillar and she’s about to get eaten by the Earth Dragon. 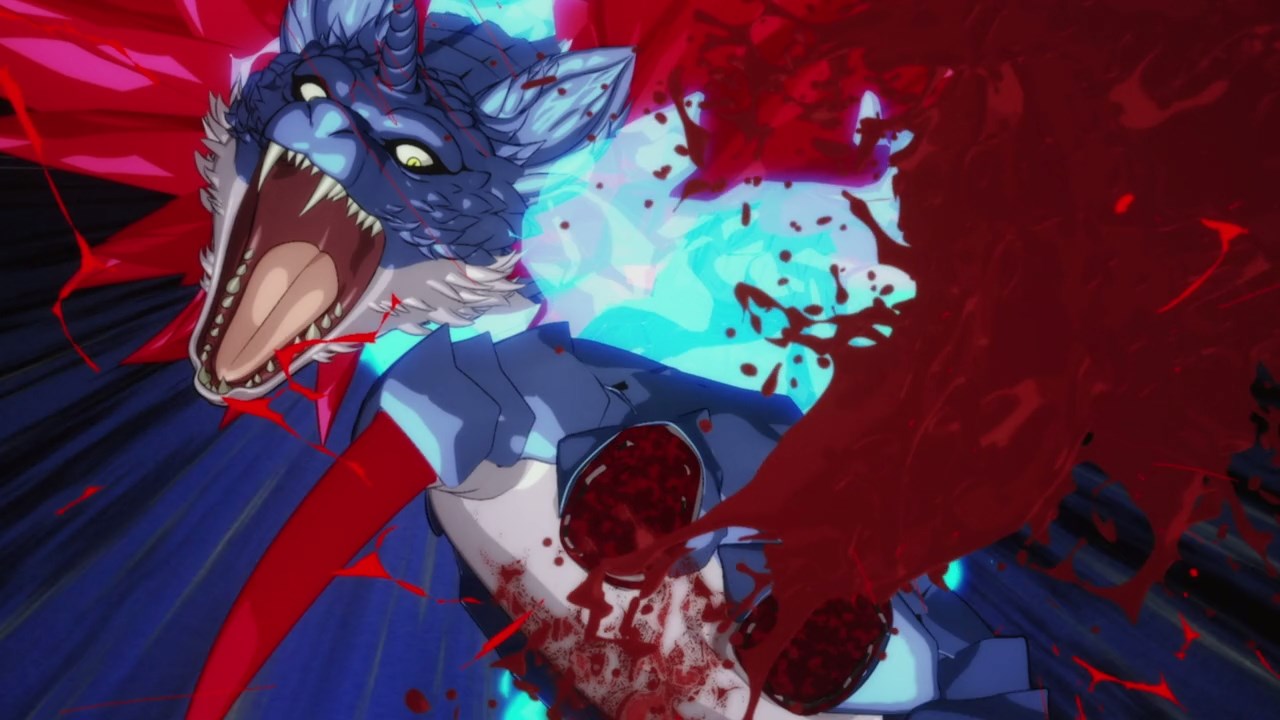 Well, that’s until she uses Annihilating Evil Eye where Araba loses its claws thanks to Ms. Spider’s devastating magic. 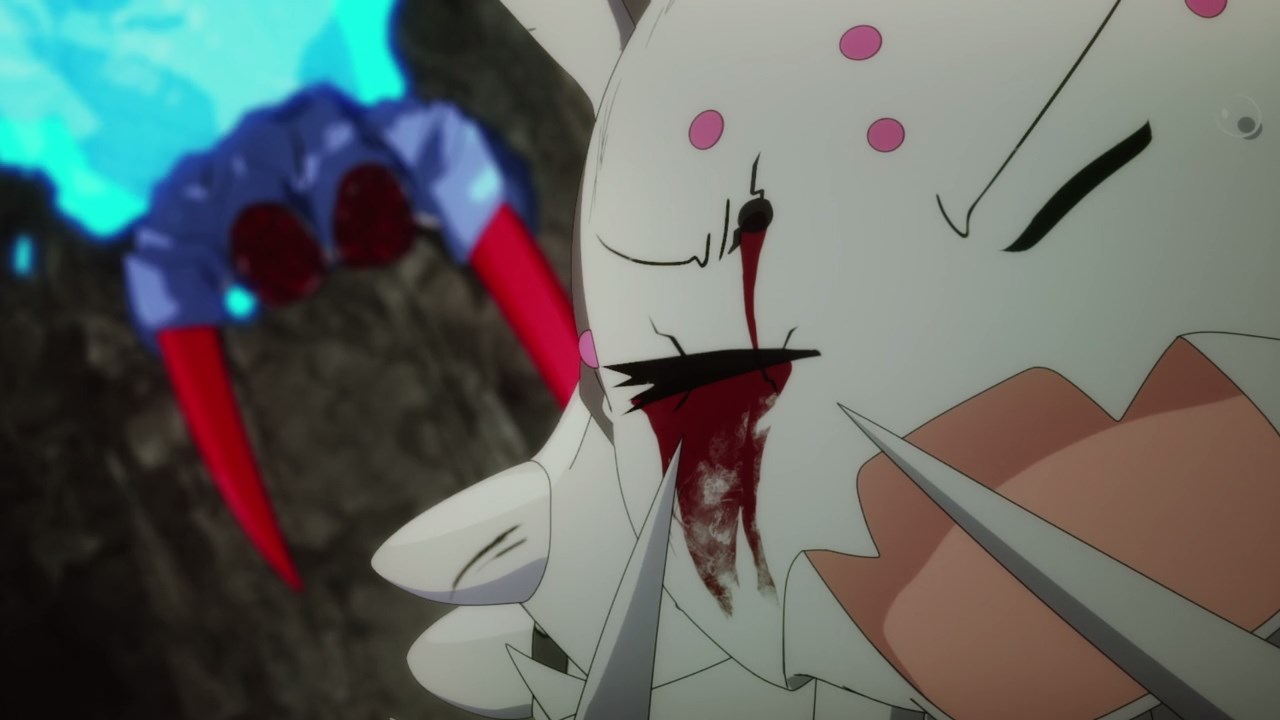 Of course, Ms. Spider loses two of her right eyes upon using her Annihilating Evil Eye on Araba. It would be bad if she loses another. 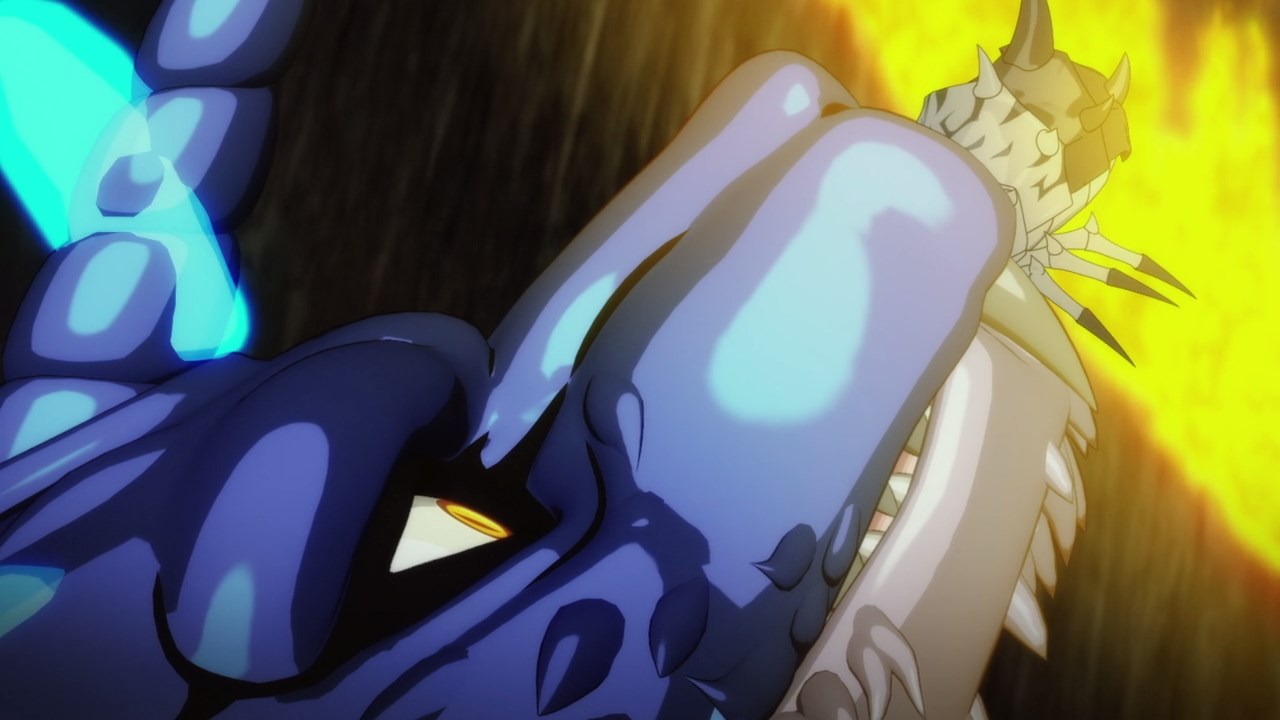 Unfortunately, that made the Earth Dragon very angry as Araba chomps on Ms. Spider. Could this be the end for the reincarnated Zoa Ele? 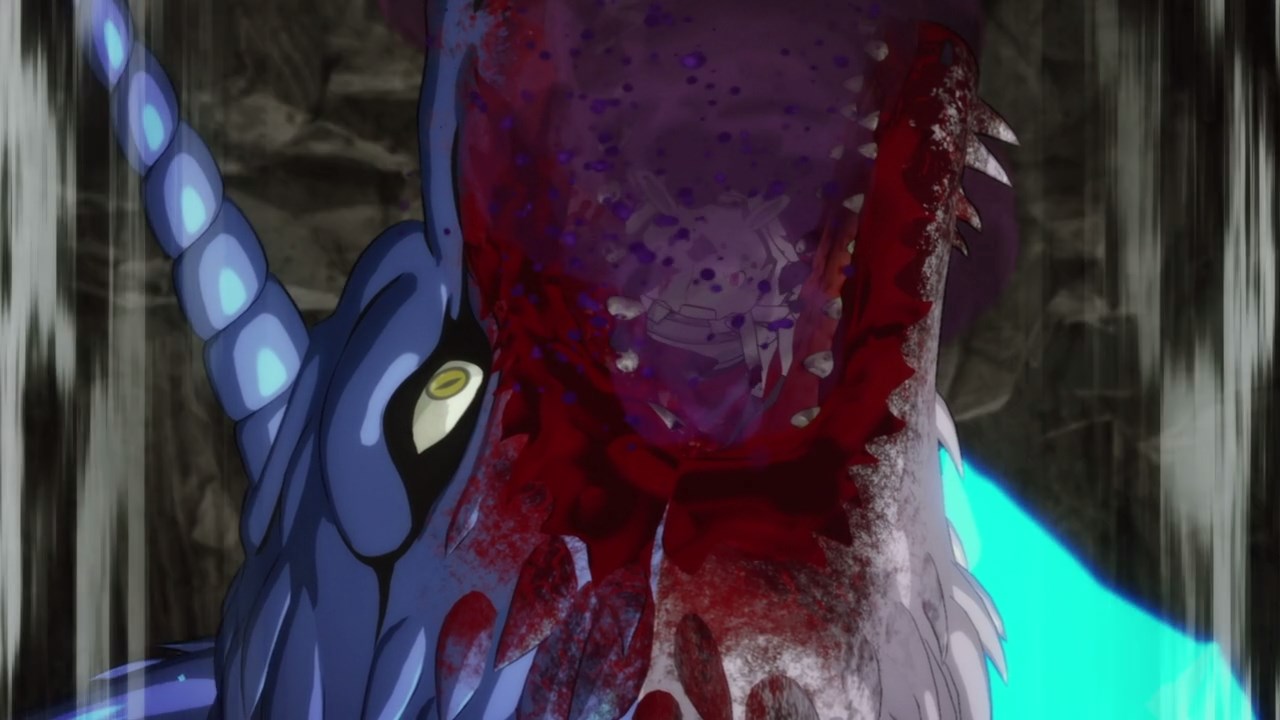 Nah, there’s no way Ms. Spider would lose as she unleashes a Rot Attack against the Earth Dragon. I bet that Araba felt sick upon eating Ms. Spider. 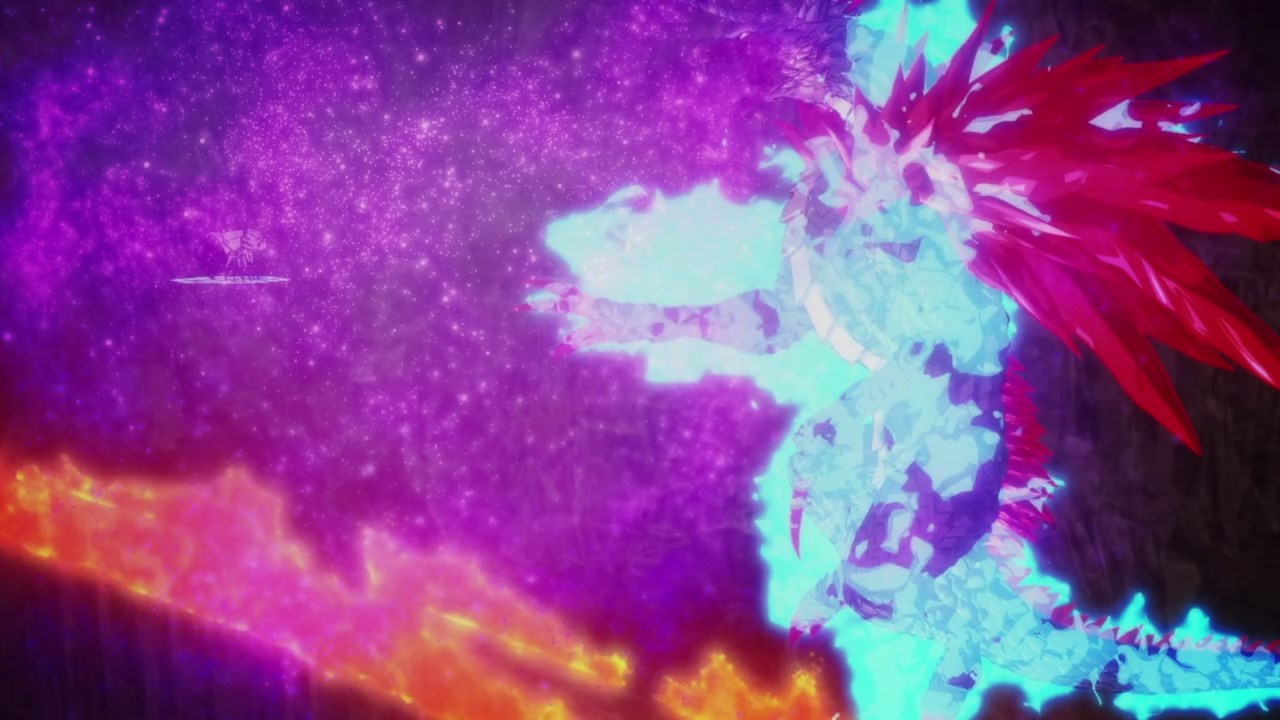 Anyways, it appears that Ms. Spider has finally defeated Earth Dragon Araba, although Ms. Spider is pretty much tired that she almost died had she didn’t learn Perseverance. 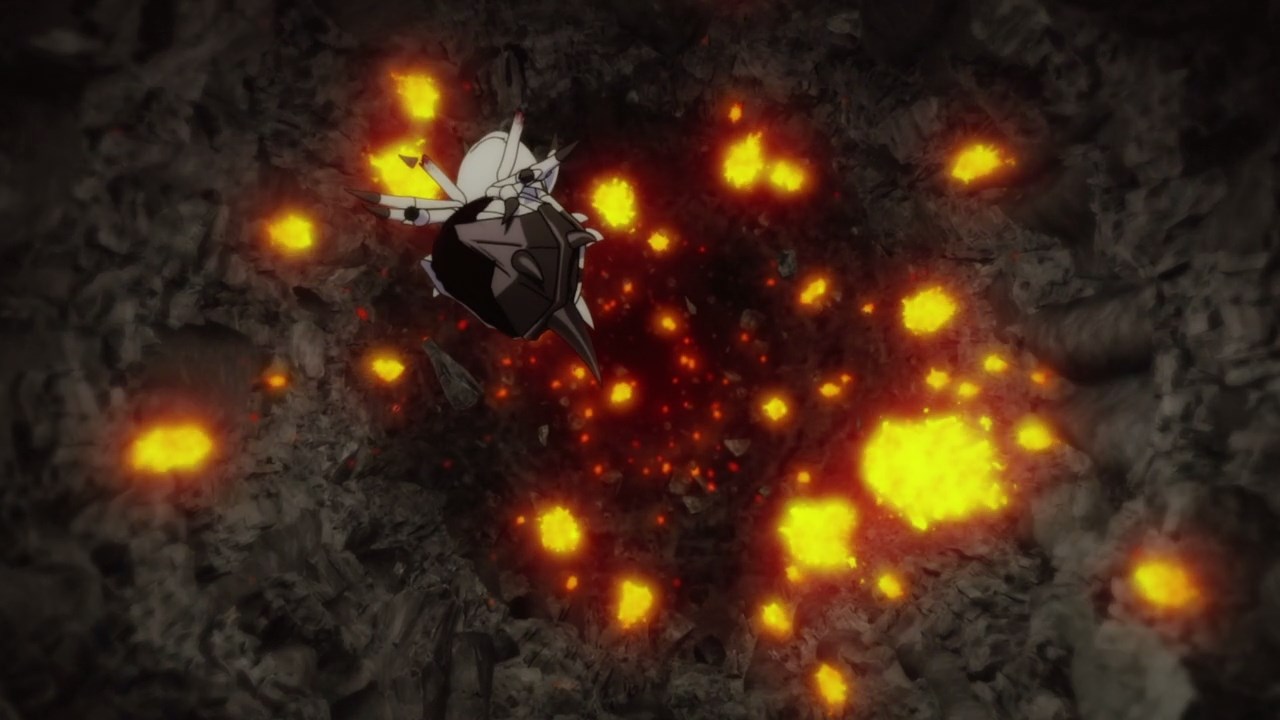 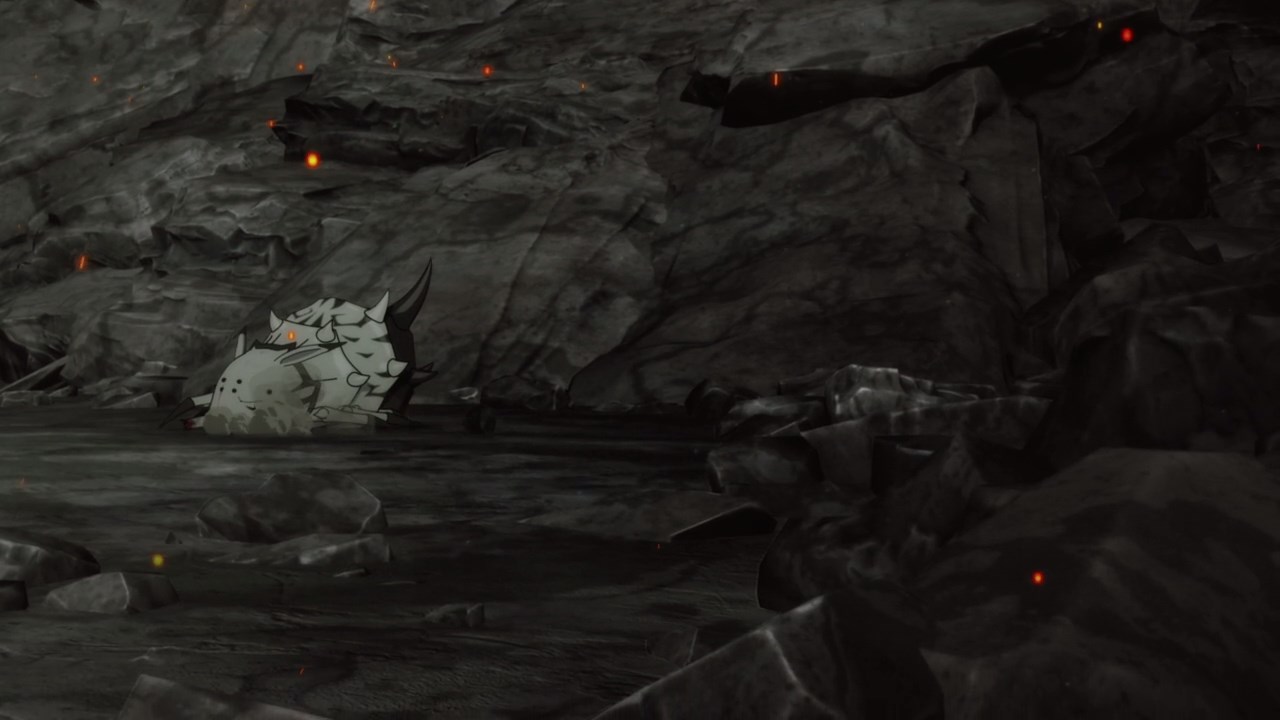 Speaking of Ms. Spider, she fell down to the ground after a hard-fought battle against Araba. Fortunately, she’s still alive but what about her nemesis? 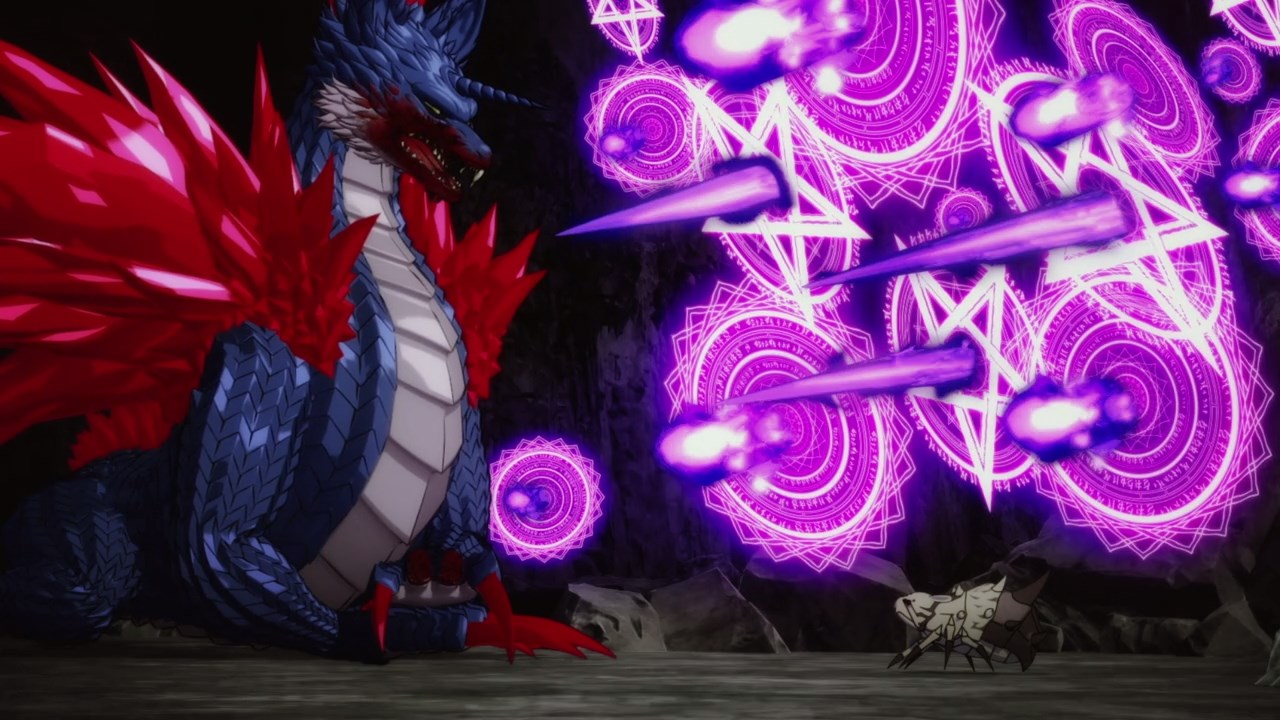 Well, the Earth Dragon is barely standing but it appears that Araba decides to call it quits as all of its skills disappeared. 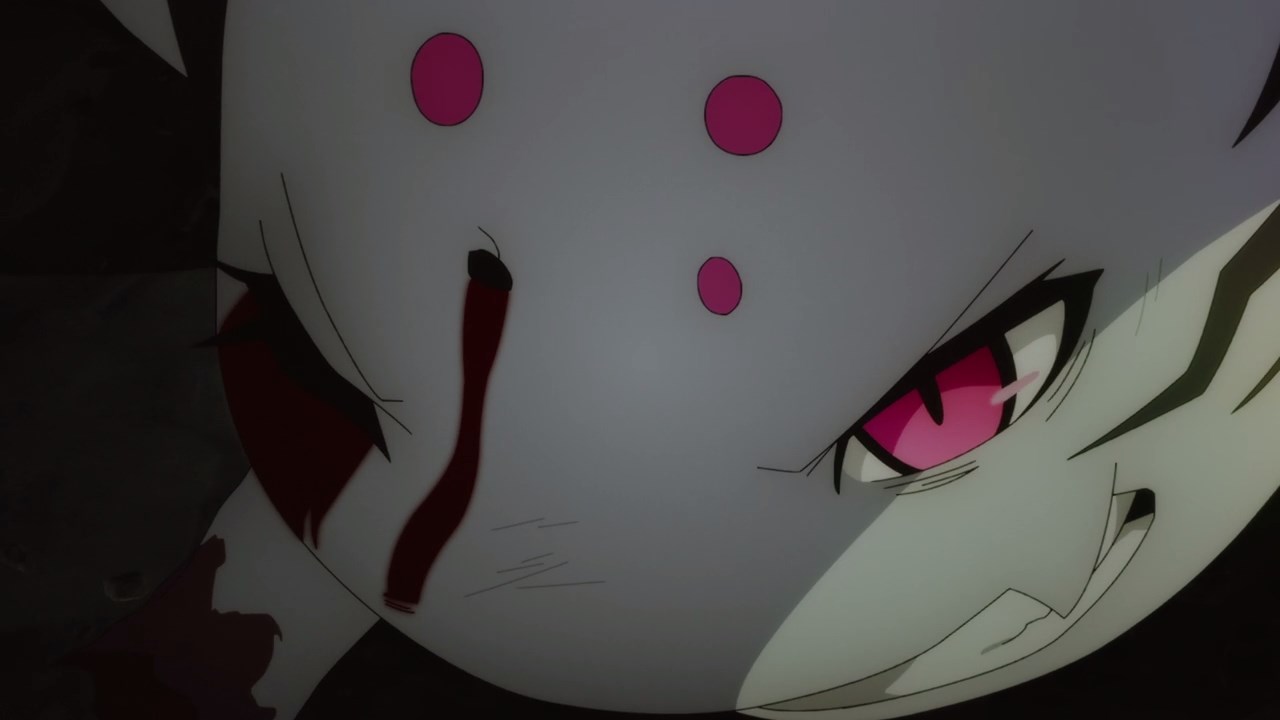 For Ms. Spider, that’s unacceptable as she fought tooth and nail against various monsters in order to get stronger so she can defeat Araba.

But seriously though, this battle of the century ended on a whimper now that the Earth Dragon conceded against a mere spider monster. 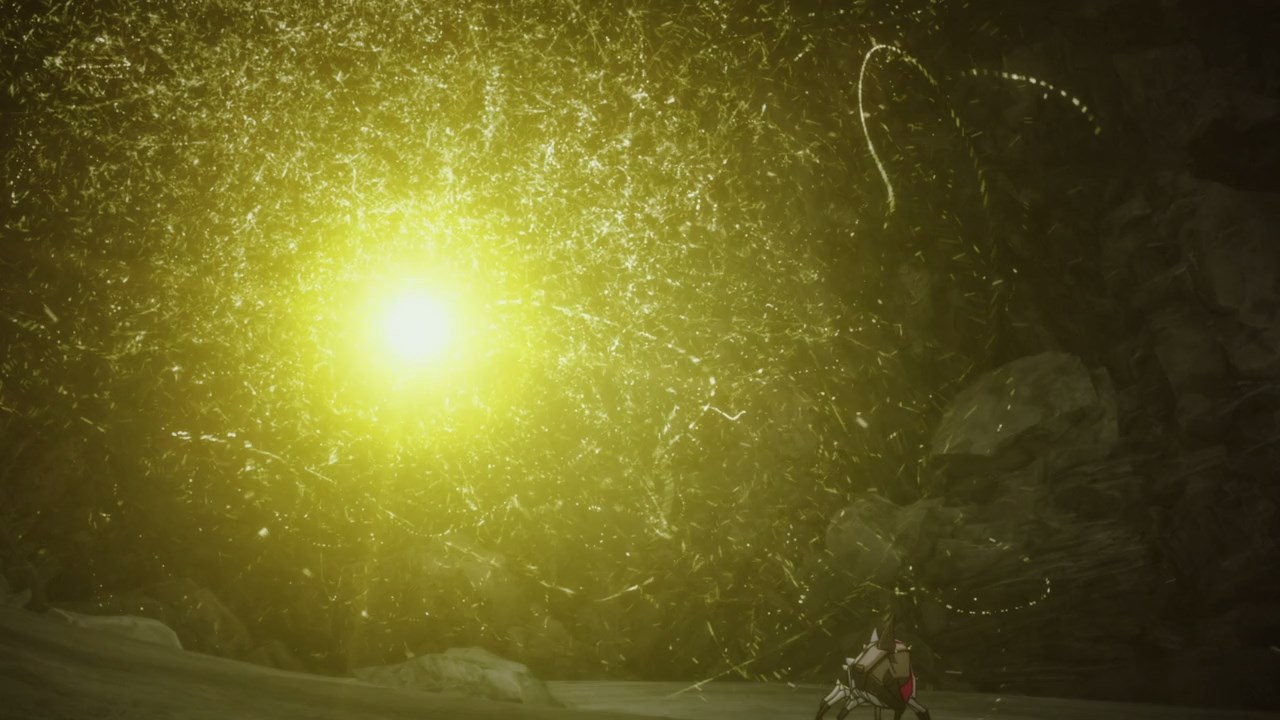 Anyways, the fight is over as Ms. Spider defeated Earth Dragon Araba. Not only that, but she gained lots of experience, meaning that Ms. Spider became the most threatening monster that come out of the Great Elroe Labyrinth.

Oh by the way, looks like Ms. Spider has decided to leave the labyrinth as she’ll tackle new challenges on the surface. 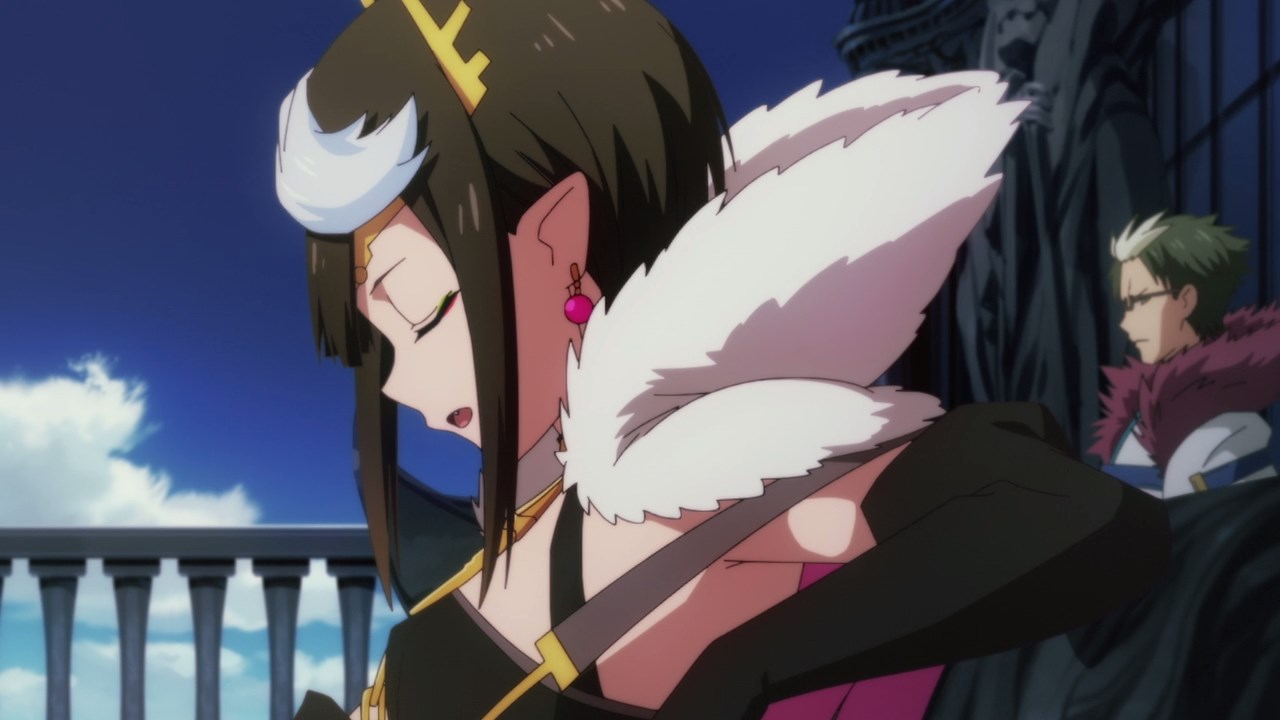 One last thing, here’s the demon lord as she told her attendant Balto about her time fighting dragons at a certain labyrinth. Then again, there’s no confirmation if this demon lord is actually Ms. Spider. 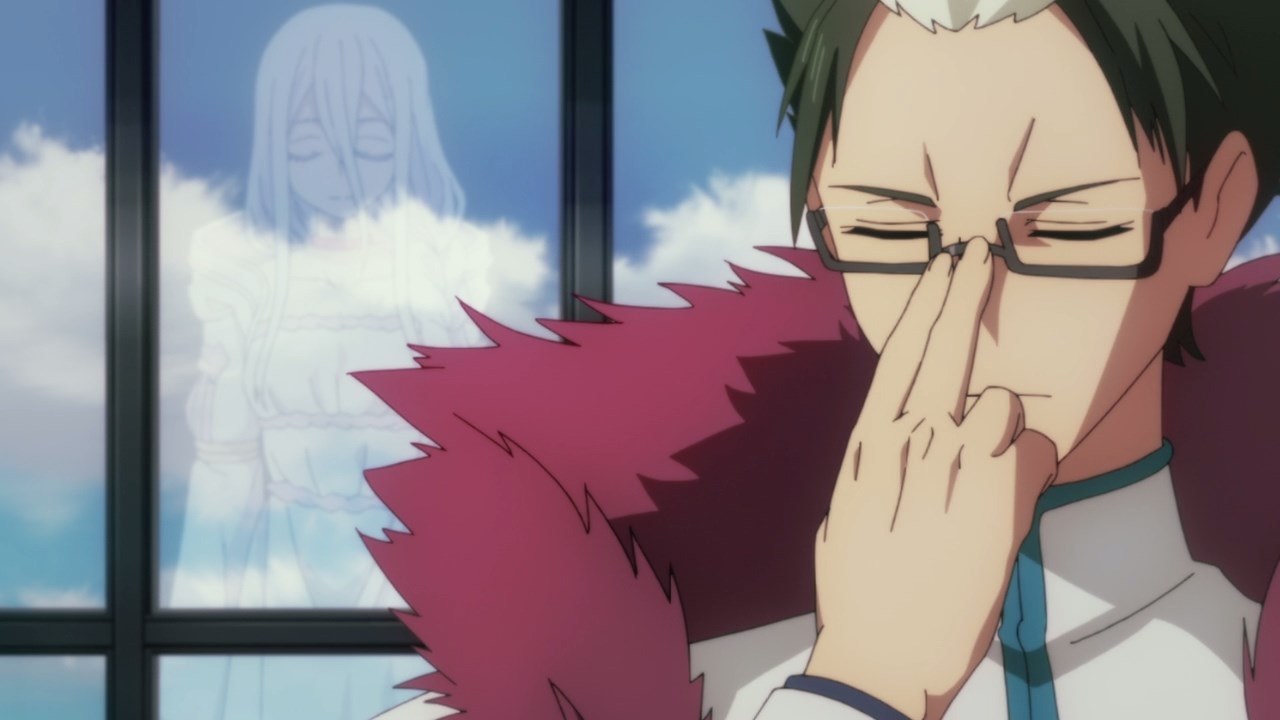 Speaking of Balto, while he’s somewhat interested on hearing some stories from the demon lord, it appears that a certain lady in white has appeared on this scene.

But that’s about it for this episode as we’ve reached the halfway point of this show. Man, I’m curious on what happened to Ms. Spider after getting out of the labyrinth ’cause her acquired skills might turn her into a demon lord. With that said, see ya next time!