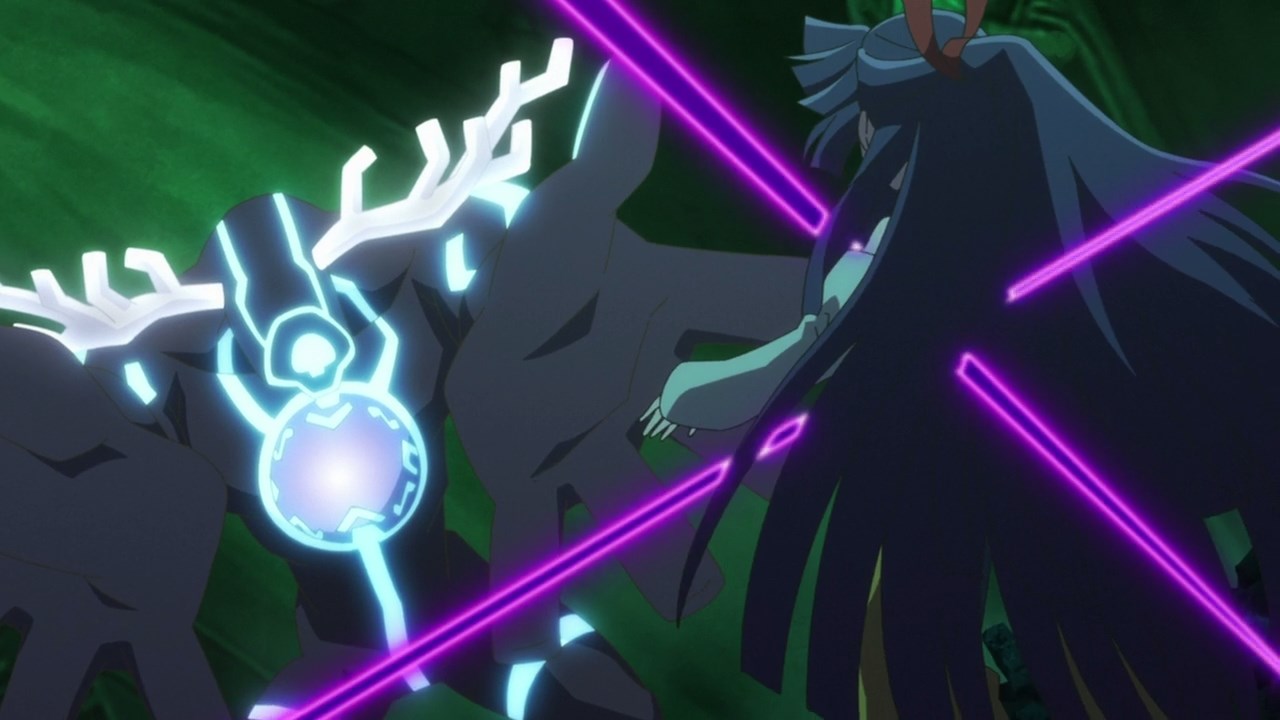 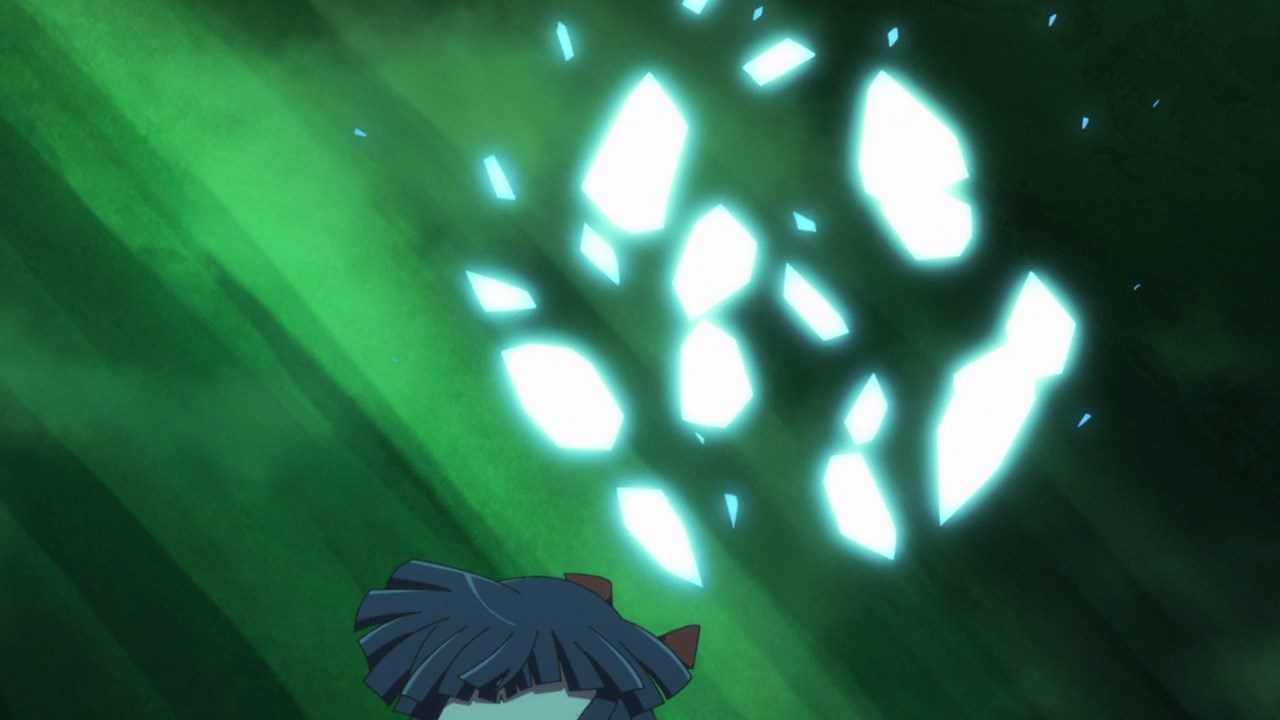 Oh no, it appears that Ereinus attacked Akatsuki which means that her memories were destroyed. It’s sucks that she receive a psychological attack from the Despair Genius. 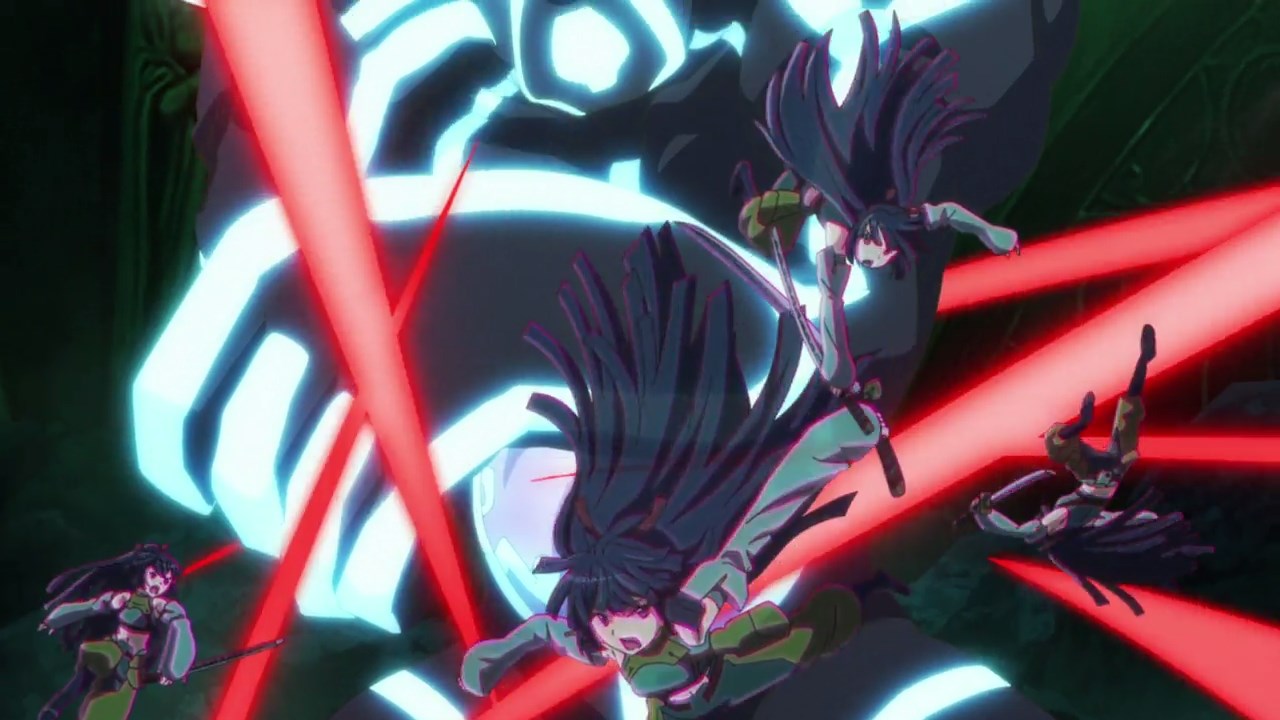 Except that Akatsuki didn’t falter as she continues to fight against Ereinus. I’m impressed that this assassin remained her composure but the battle against the Despair Genius is still tough. 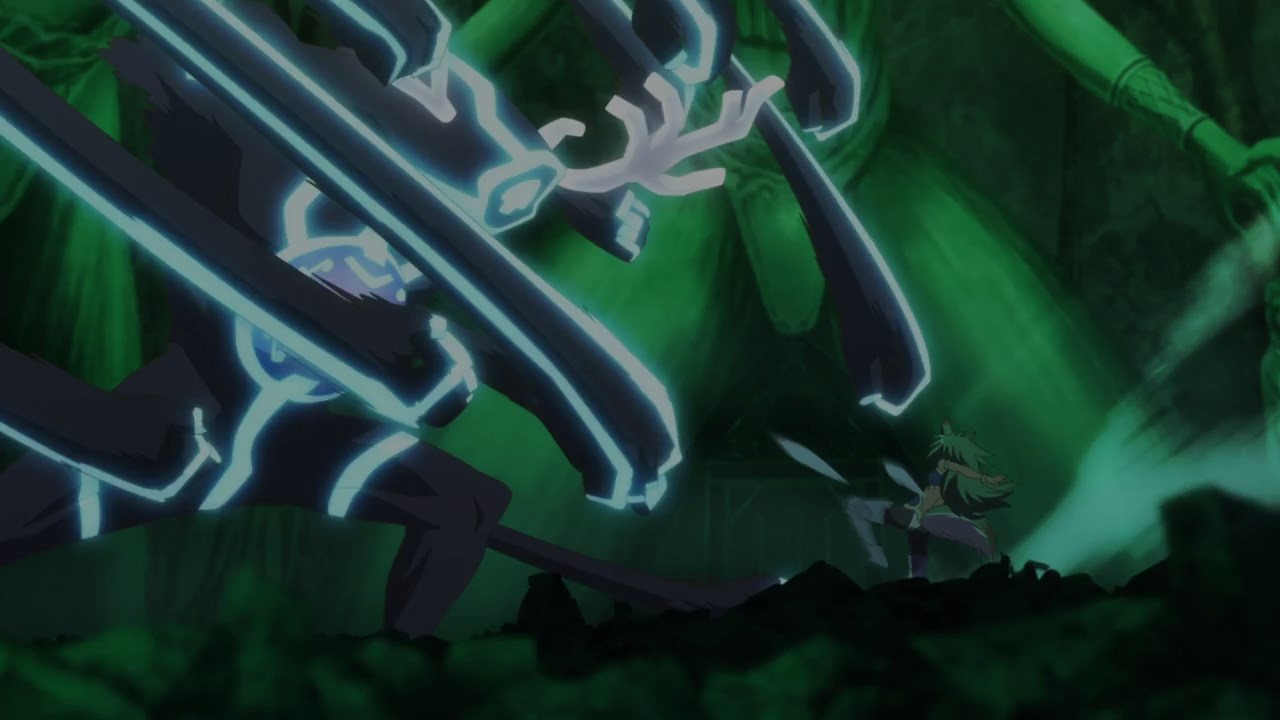 Meanwhile, it appears that Leila Mofur had enough of Ereinus’ ramblings about “subjects of veneration” that she whips a flurry of kicks just to shut the Genius up.

Glad that Leila is useful on this occasion, especially when she and Litka shows that they’re the guardians of all Adventurers. 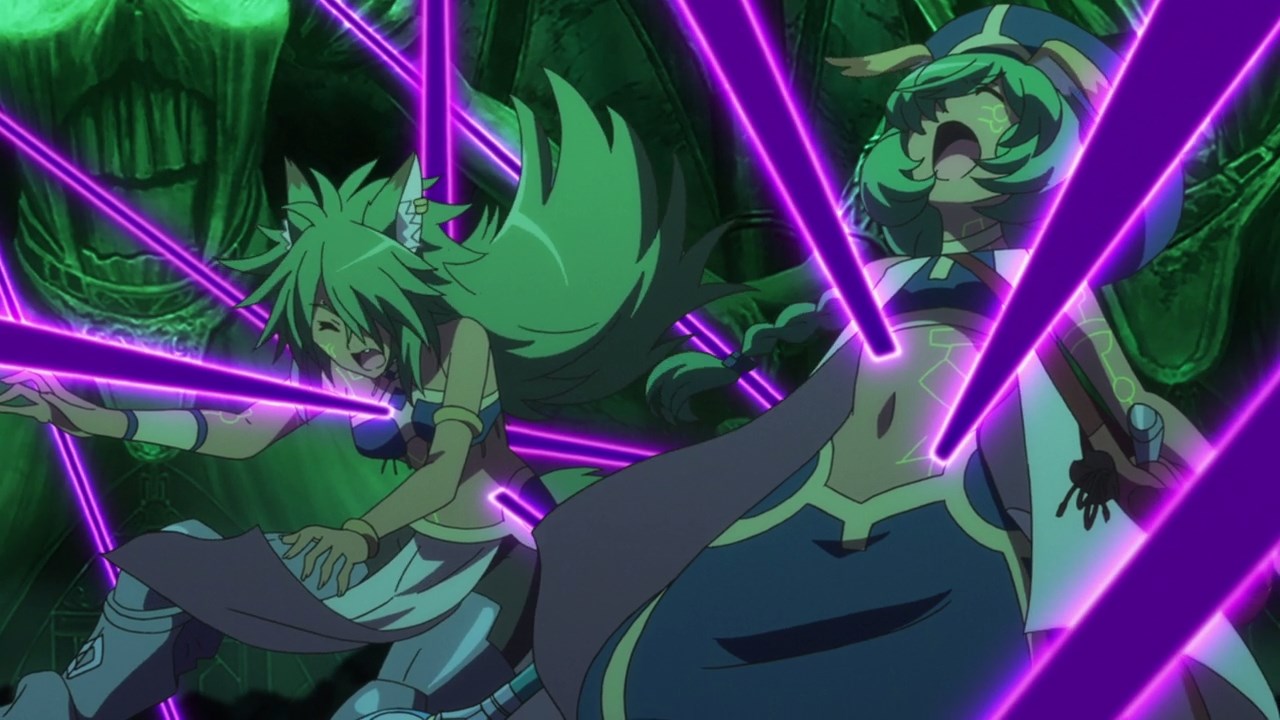 Unfortunately, Ereinus proved to be a stubborn Genius as it delivers the same psychological attack on the Mofur sisters. 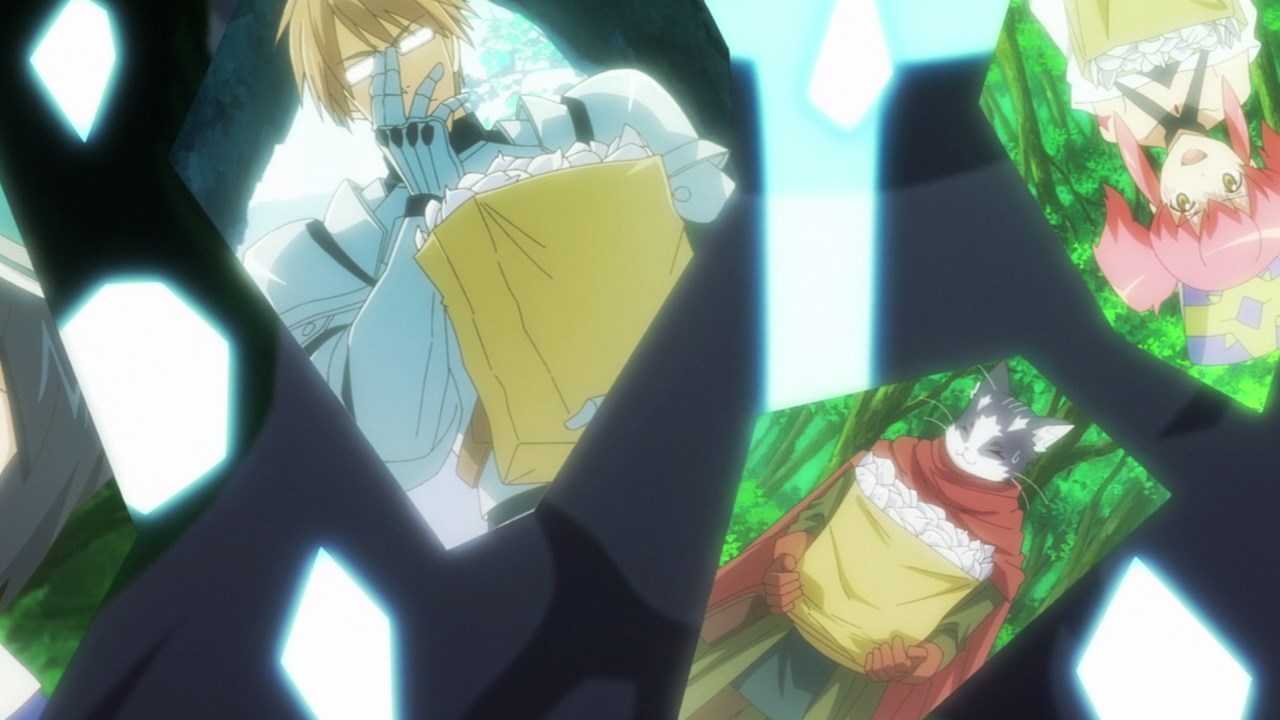 However, it appears that rather than showing subjects of veneration, it shows the likes of Shiroe and other veteran Adventurers when they’re newcomers.

Of course, I don’t think Ereinus would destroy those precious memories because the Mofur sisters guide them despite having the most ridiculous side quest, or being relegated as new expansions arrive in Elder Tale. 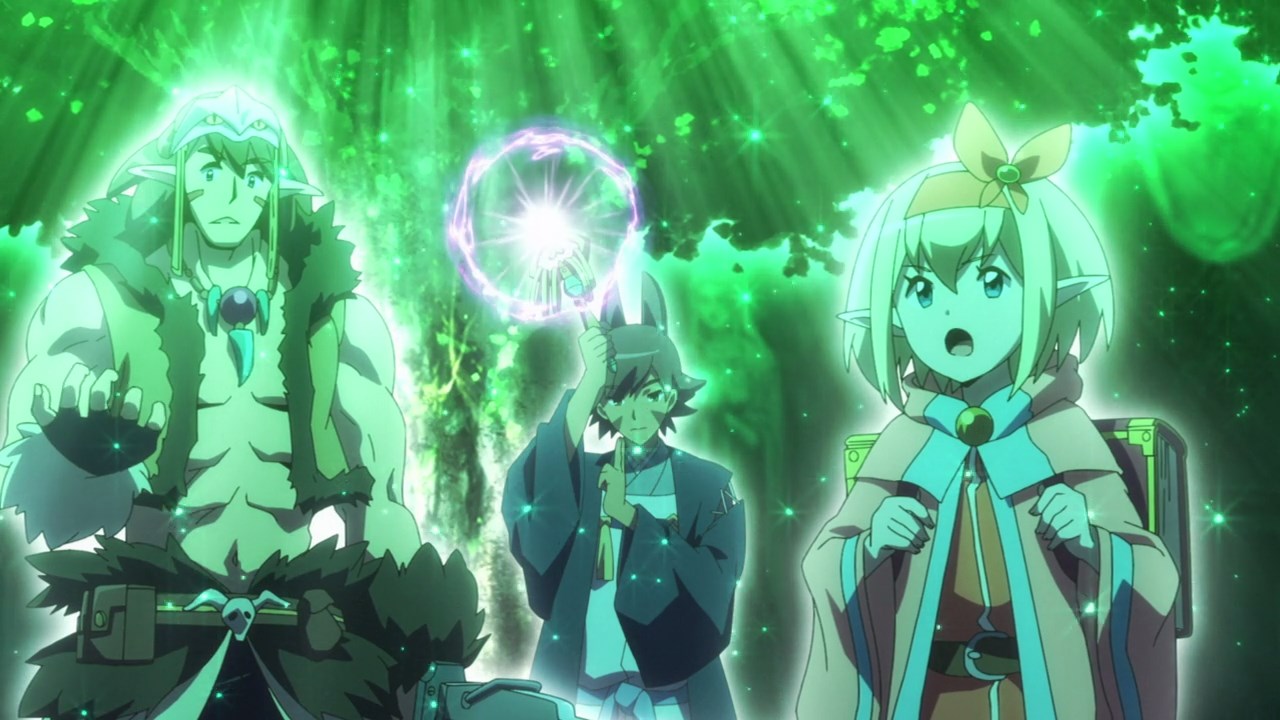 But their heroic resolve has motivated the Adventurers to heal their wounds and fight back. Who says that Ereinus’ psychological attack is super-effective? 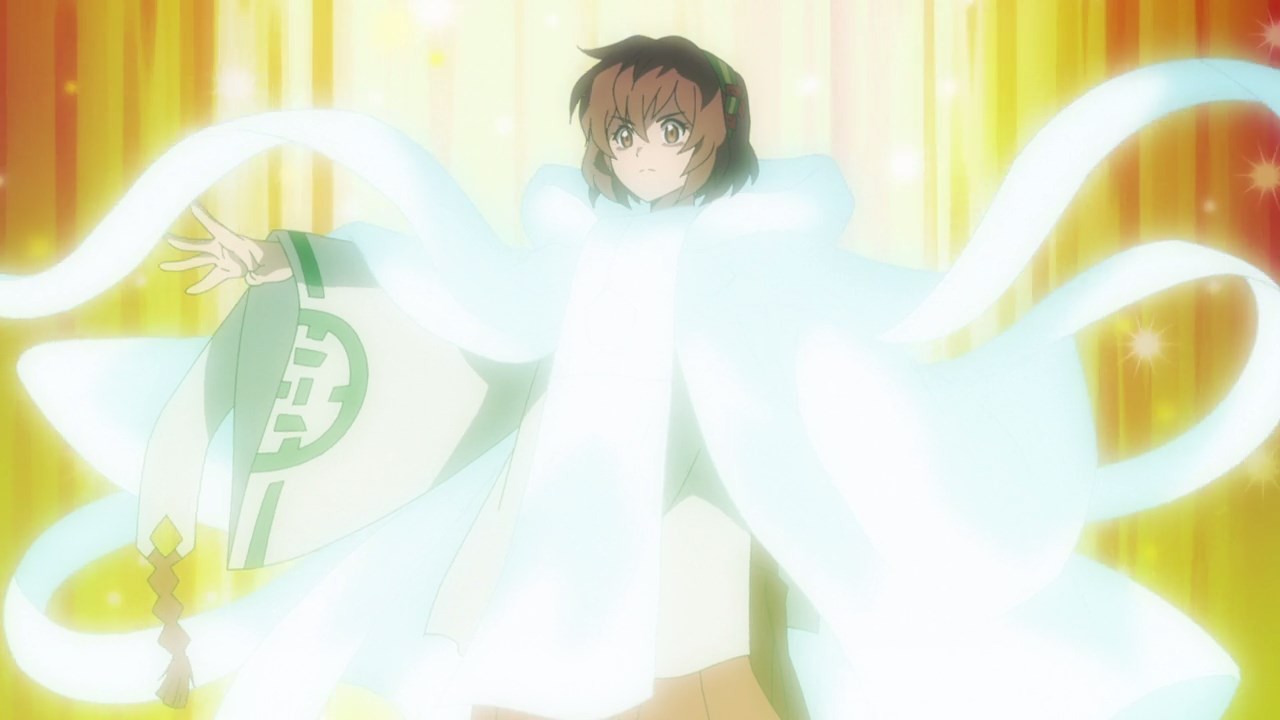 Oh yeah, looks like Minori is equipped with the Coat of Minerva that enhances her abilities. As expected from this kannagi and Shiroe’s apprentice. 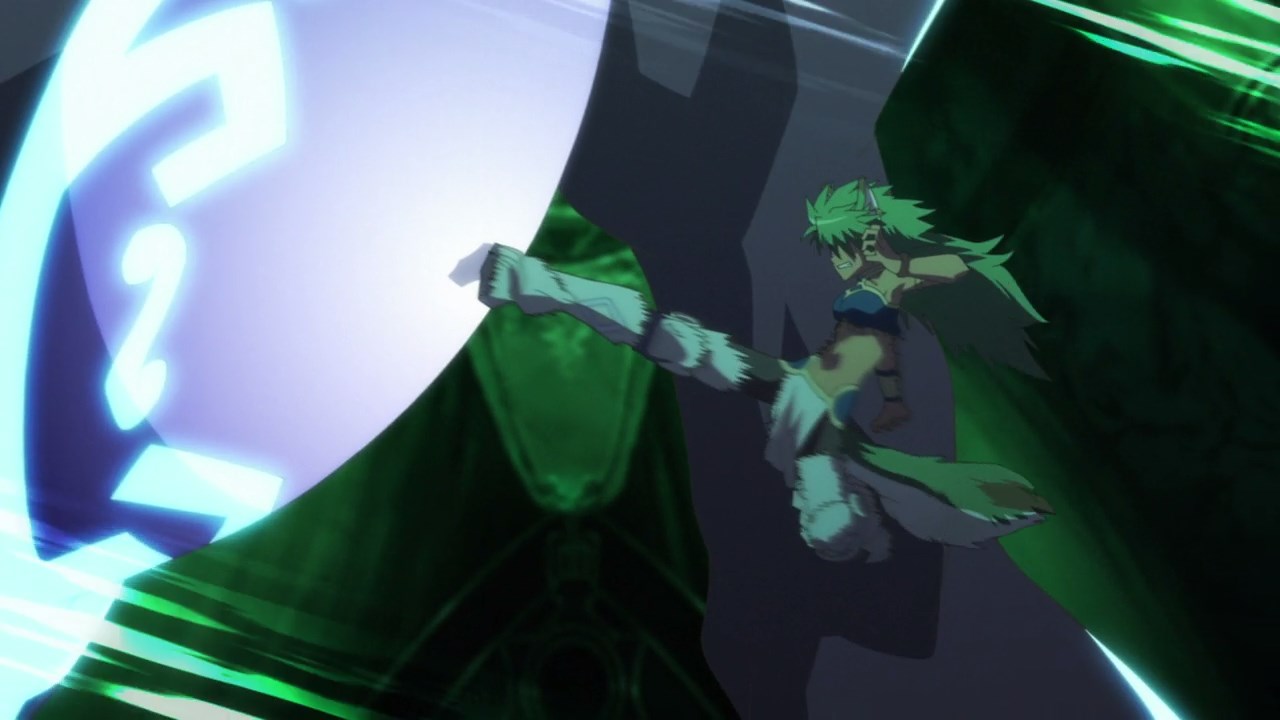 Now let’s return to the Mofur sisters where Leila managed to score a devastating kick towards Ereinus’ core. 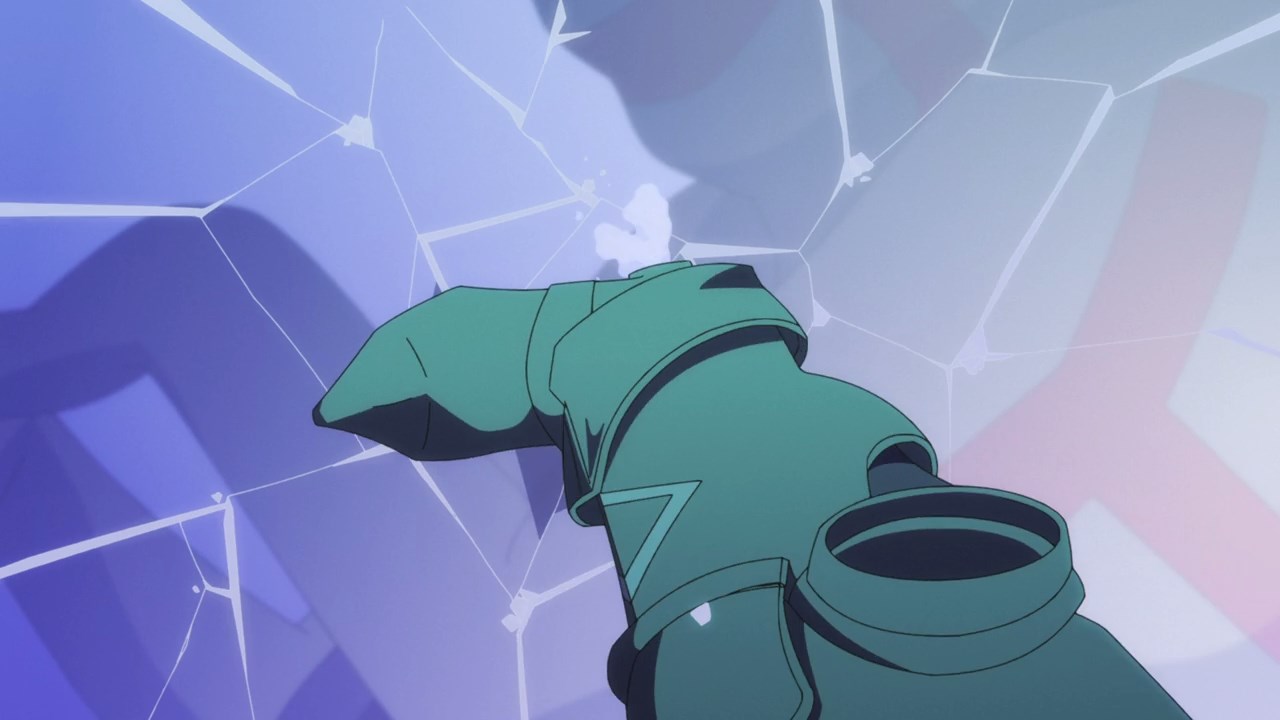 Speaking of Ereinus, it’s revealed that its core contained another monster, meaning that this Despair Genius is comprised of a smaller monster piloting a bigger one. 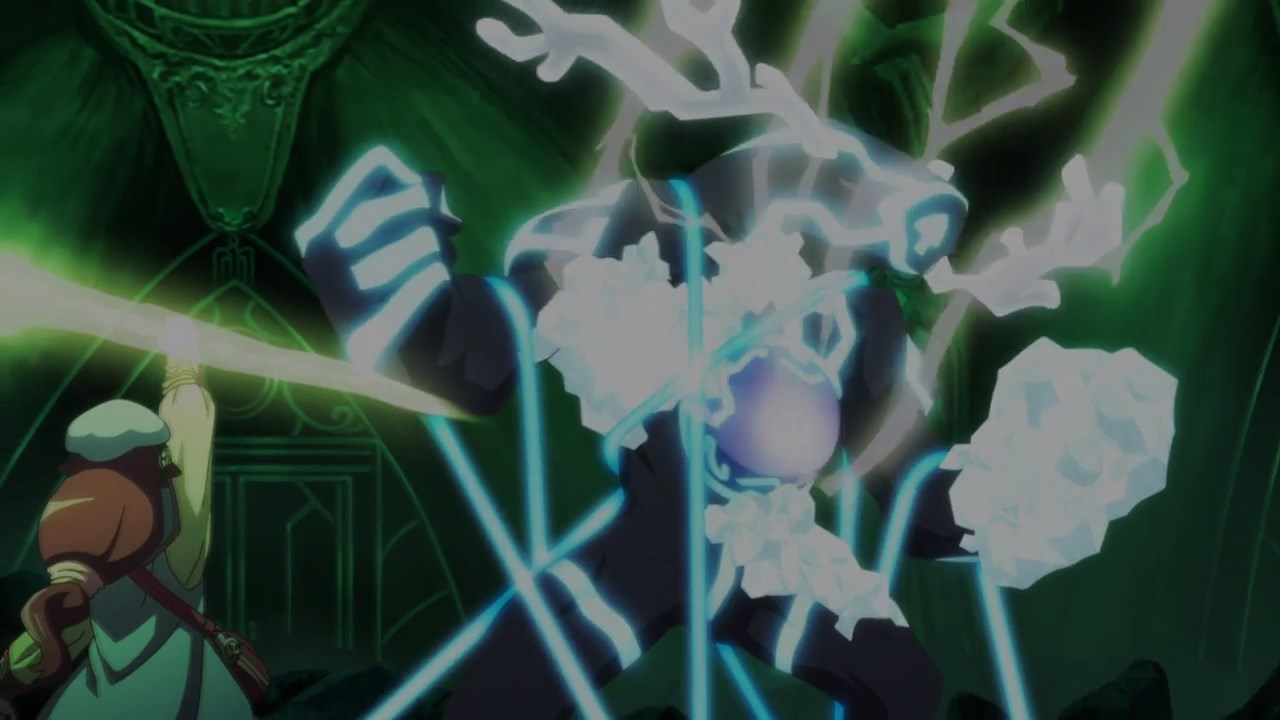 But now that they finally found Ereinus’ weak point, it’s time for Minori to command her fellow Adventurers on going all-out against the Despair Genius. 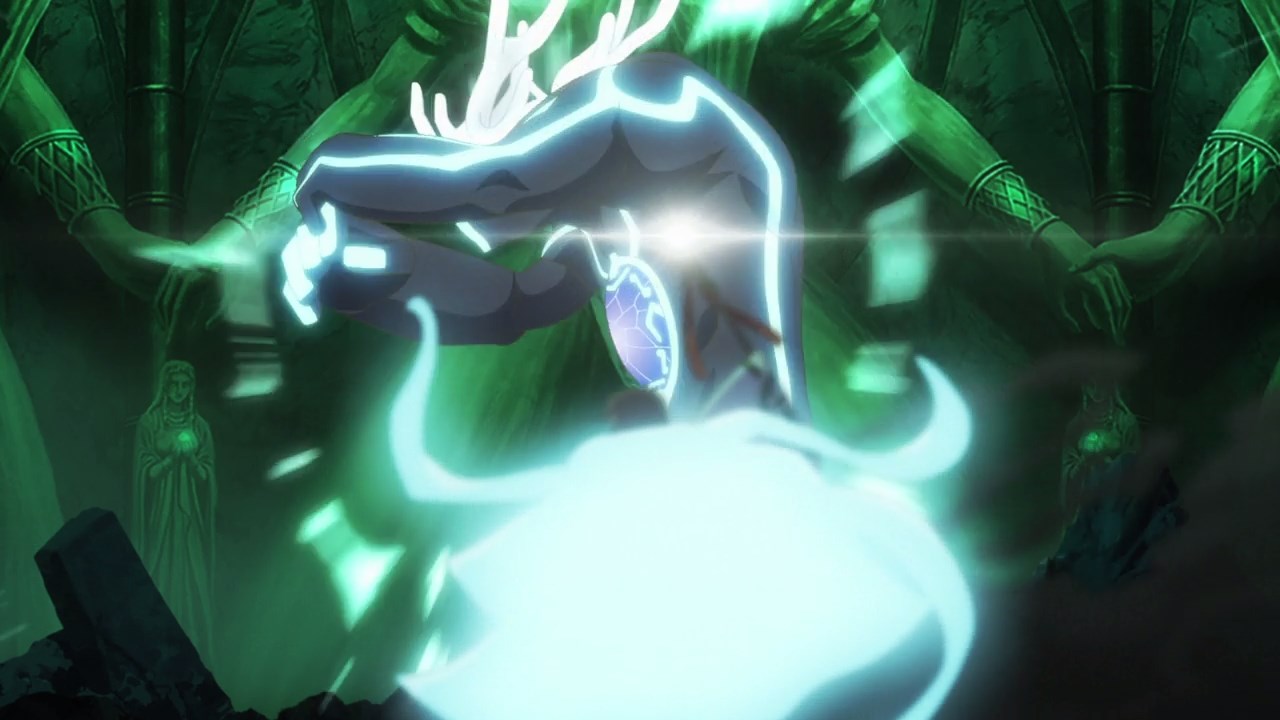 And really, it’s a magnificent sight to behold as the Despair Genius is being pushed back.

Of course, Ereinus needs to be defeated so that all of the fallen Adventurers will restore their levels. 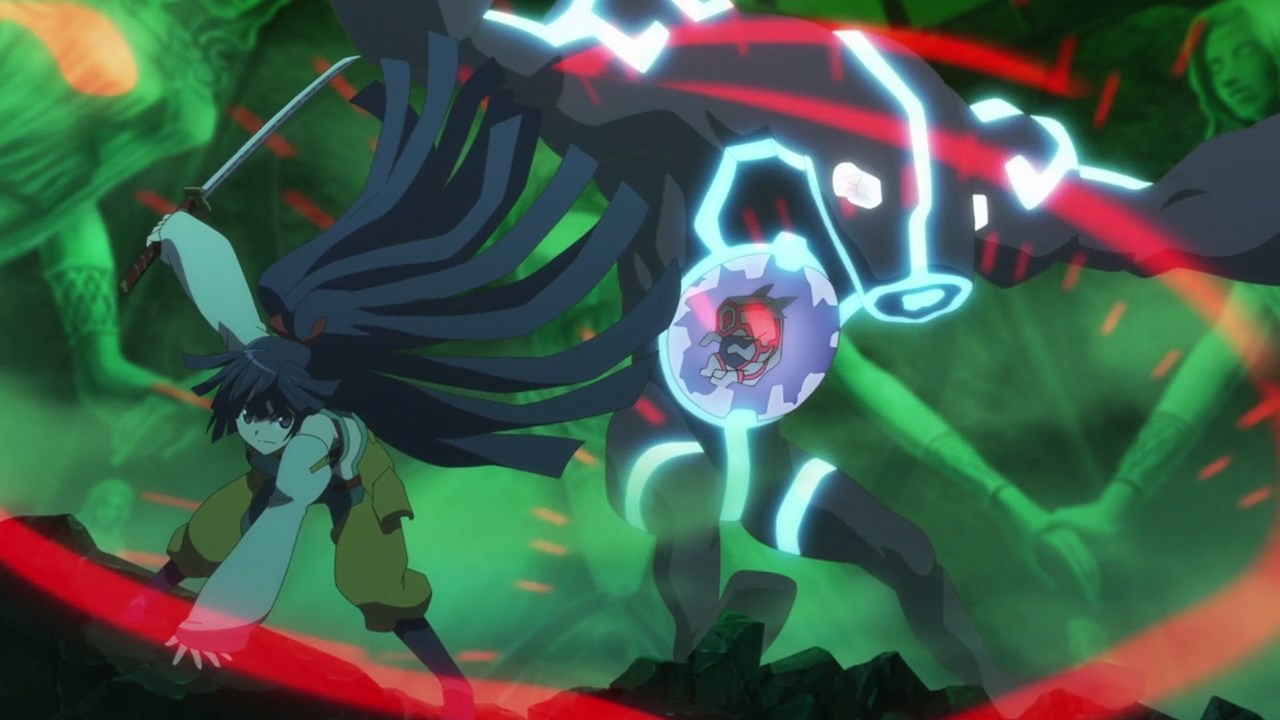 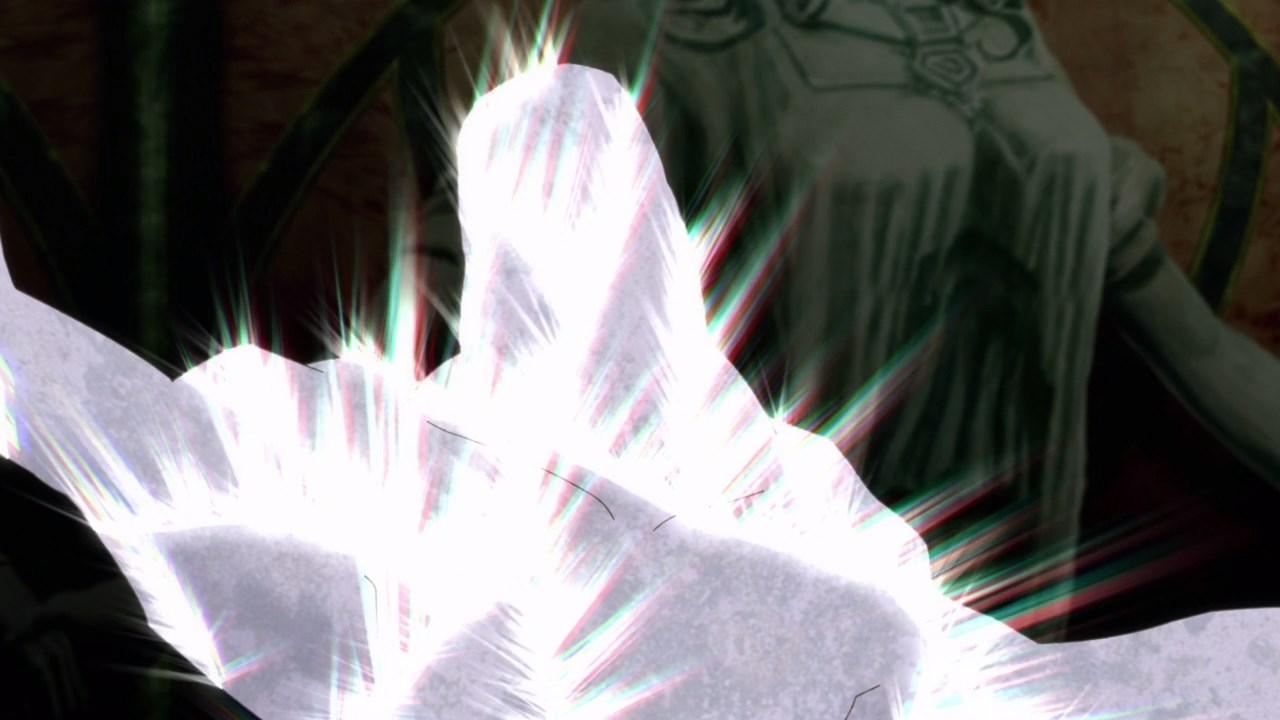 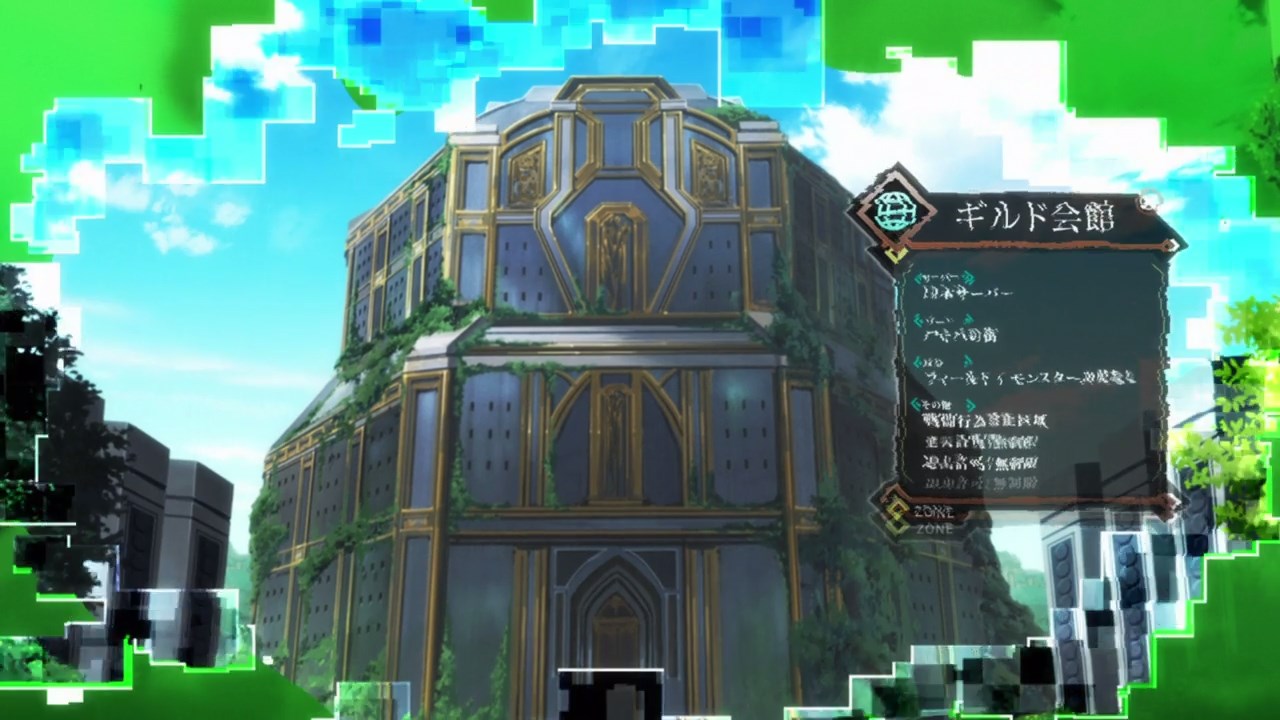 And as Ereinus is being reduced to dust, Akiba is is being restored from a raid dungeon into a peaceful city.

Well then, looks like the junior Adventurers finally completed their raid quest, which is quite impressive despite being beginners. 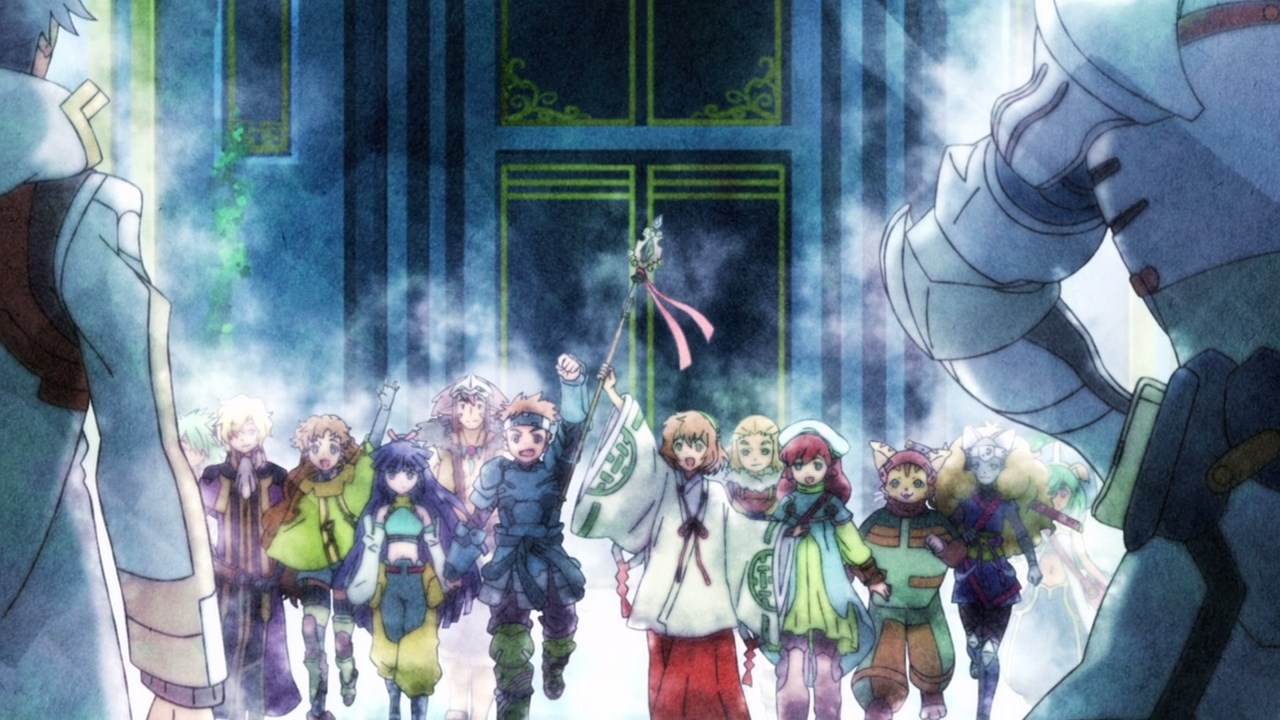 Oh yeah, and it appears that Minori and the rest are being welcomed by the veteran Adventurers in which their levels are restored. 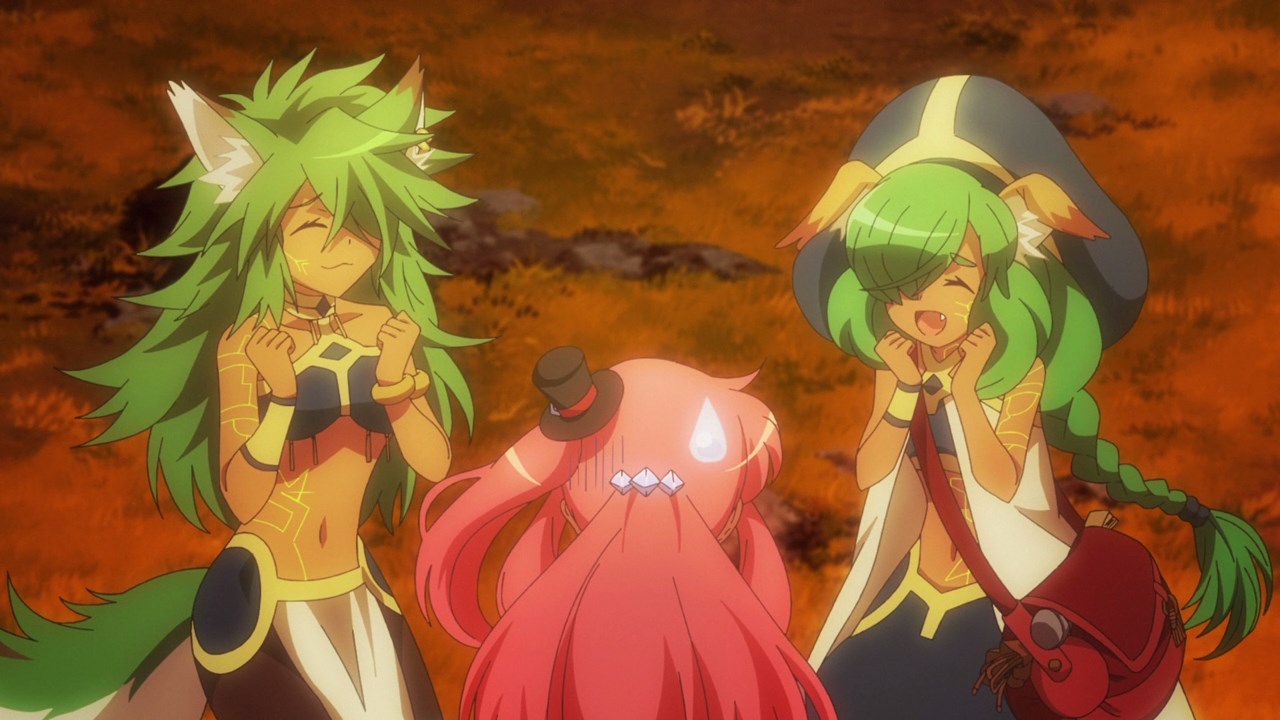 Meanwhile, the Mofur sisters asked Tetra to fetch her some scales as they used all of them against Ereinus. Oh boy, looks like this idol will do the grueling fetch quest again. 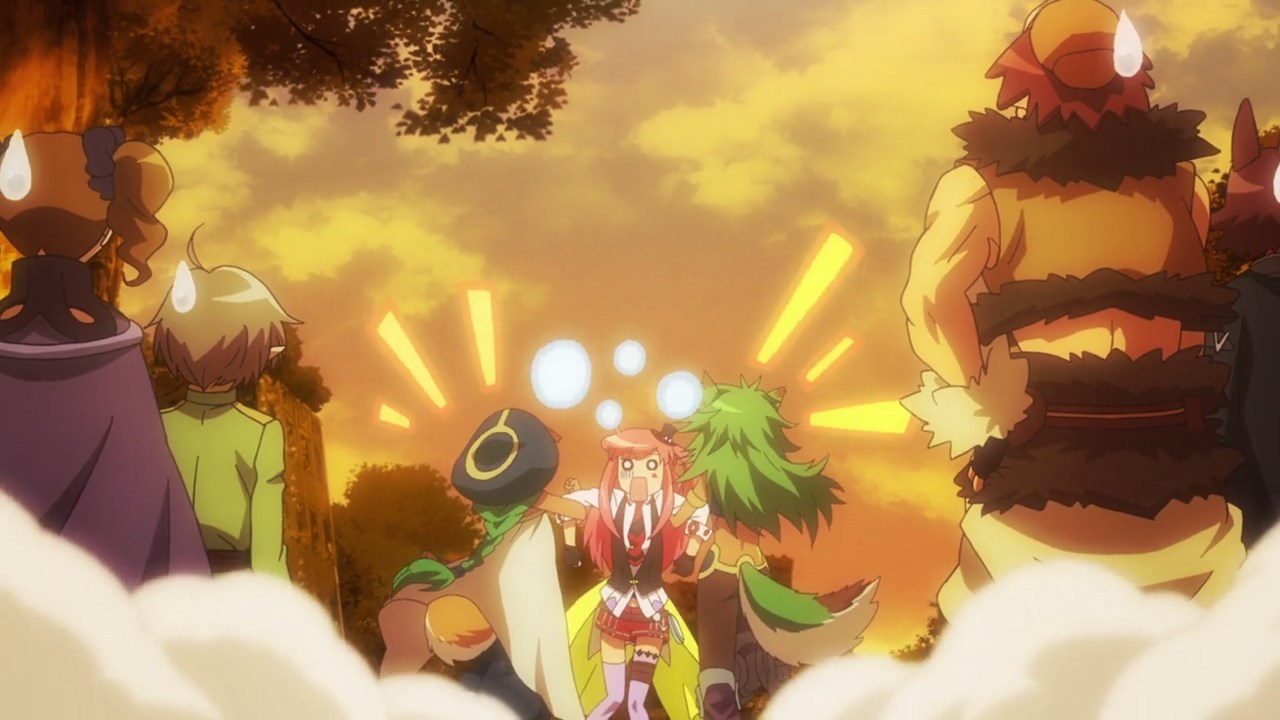 And speaking of Litka and Leila, they become official members of Log Horizon thanks to Shiroe inviting the Mofur sisters into his guild. Things are gonna get more livelier in Log Horizon! 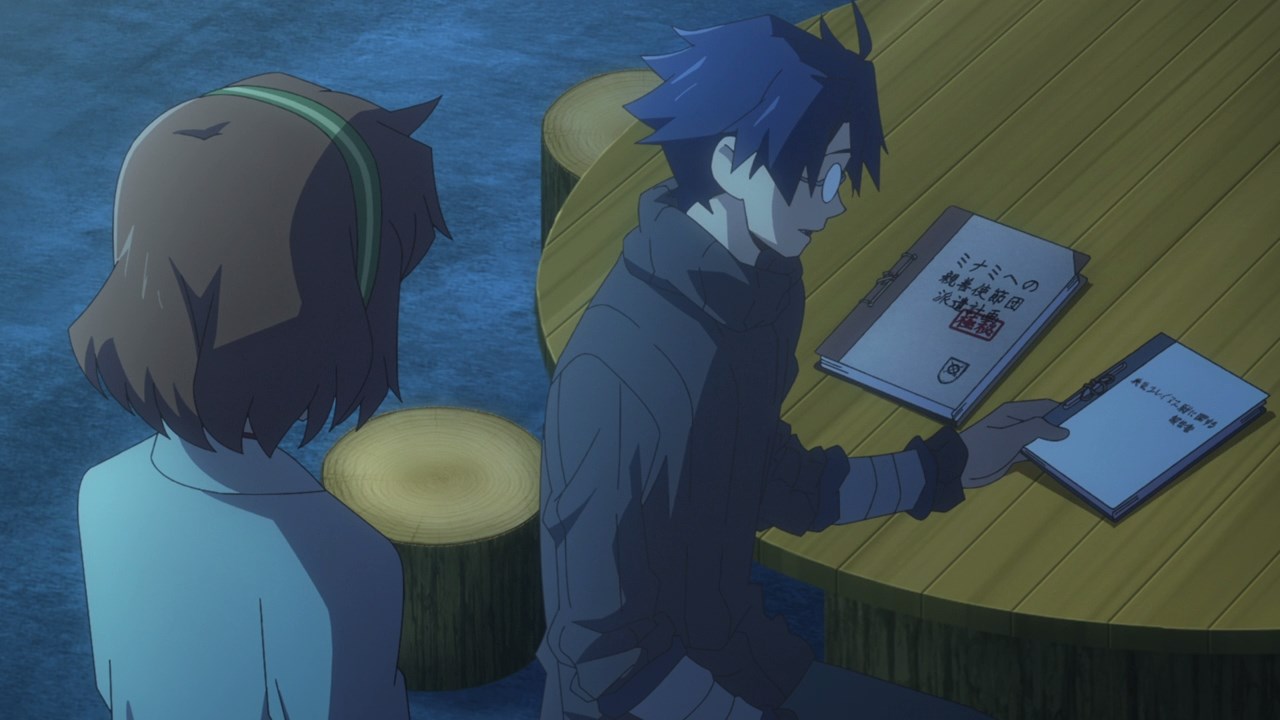 Speaking of Shiroe, looks like he’s impressed on Minori’s well-written battle report. Of course, she’s not here to submit a report and learn from her mistakes. 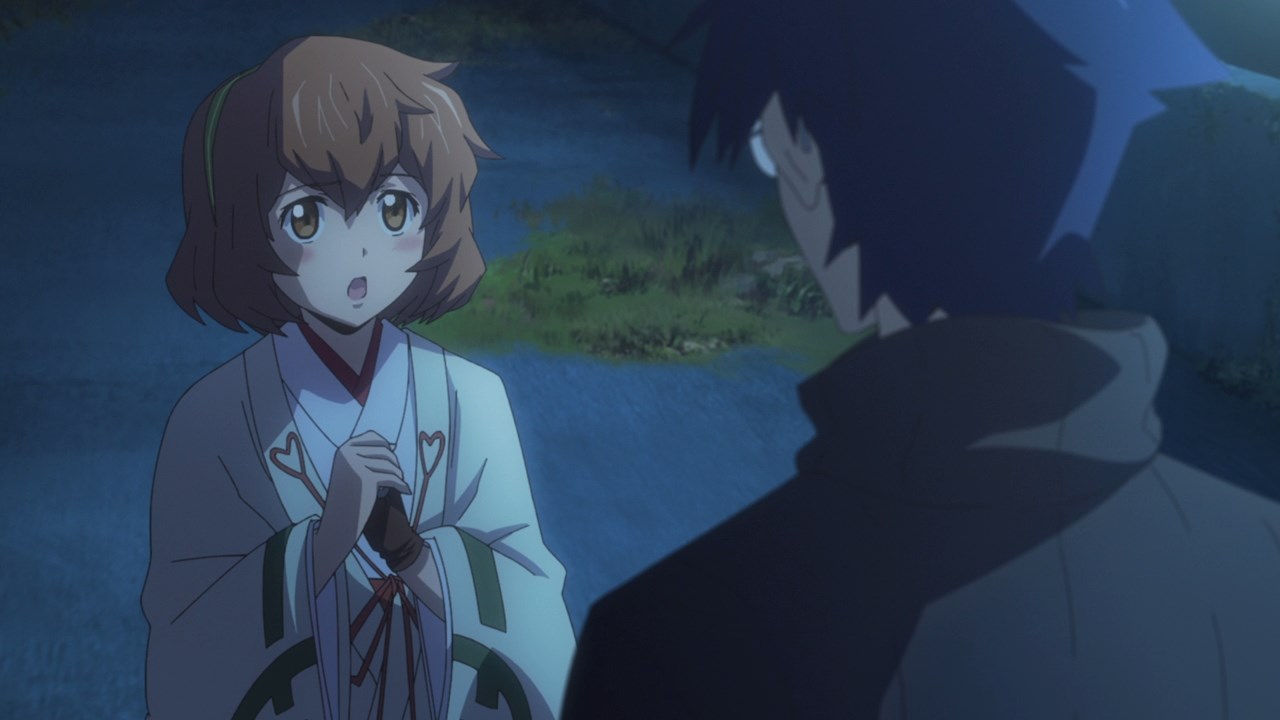 You see, Minori decides to muster up her courage and tell her feelings to Shiroe. Okay, it appears that the apprentice is in love with her master. 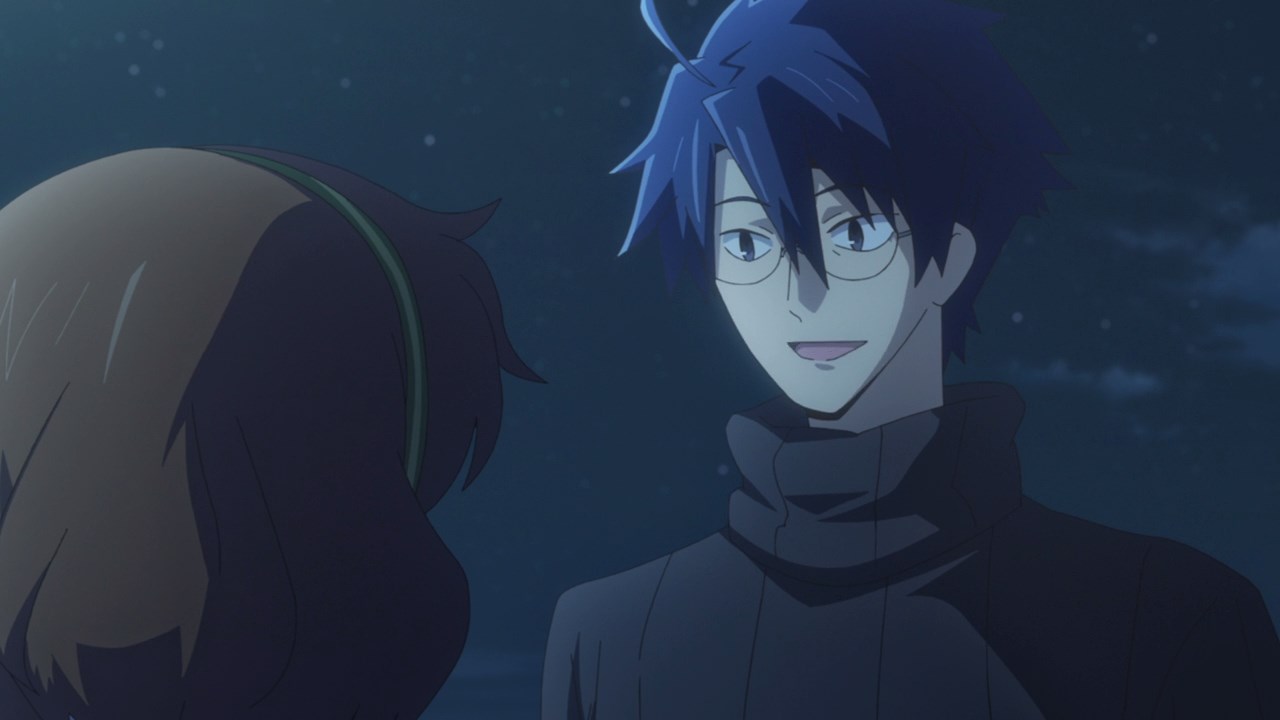 But, Shiroe rejected Minori’s love confession as he’s in love with someone else. Could it be his ex-girlfriend Kanami or possibly Akatsuki?

While I’m leaning for Shiroe to date Akatsuki someday, it’s sucks that Minori got rejected. 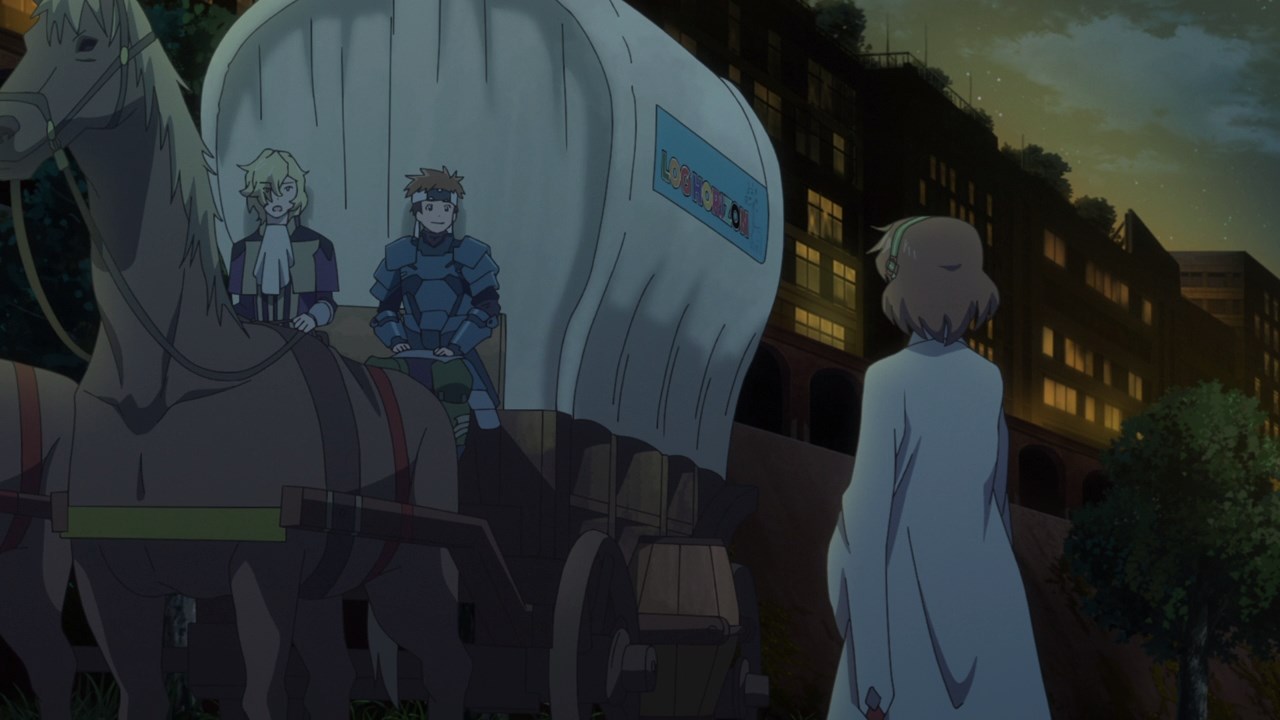 Fortunately, Rundelhaus Code and Touya are here to comfort Minori. By the way, their caravan has both Isuzu and Serara inside because c’mon, girls understand those who have broken hearts. 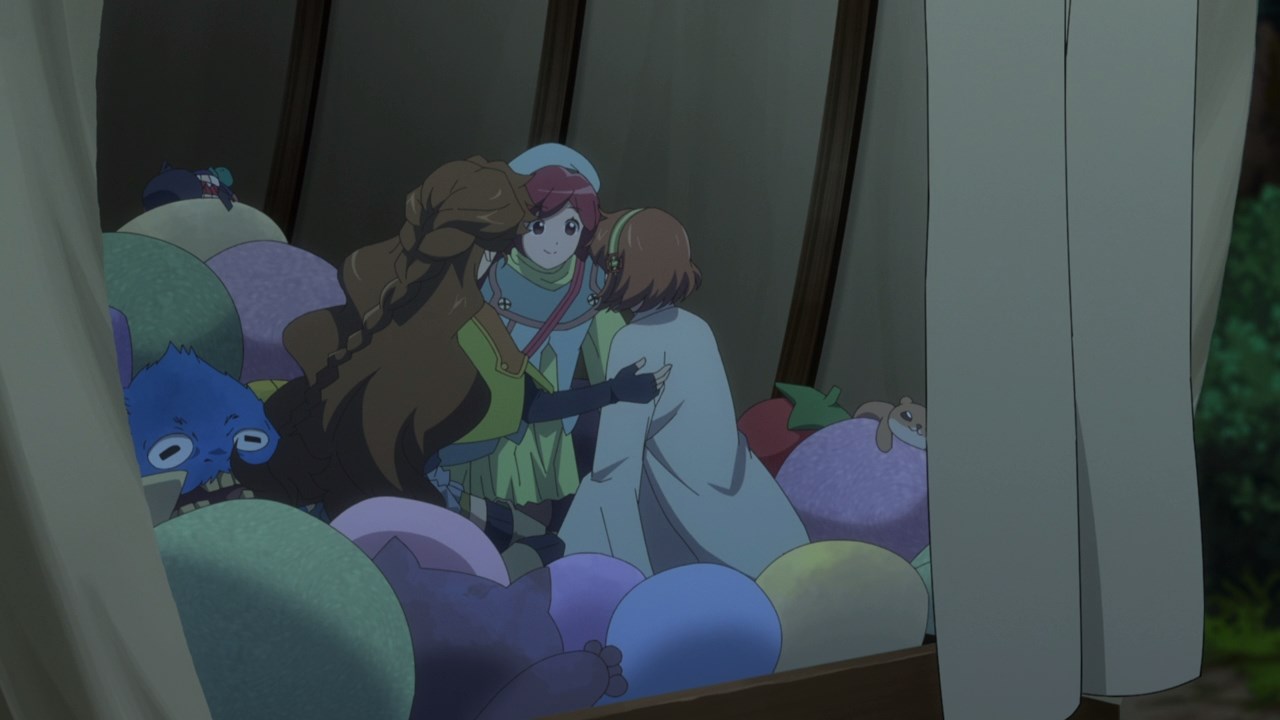 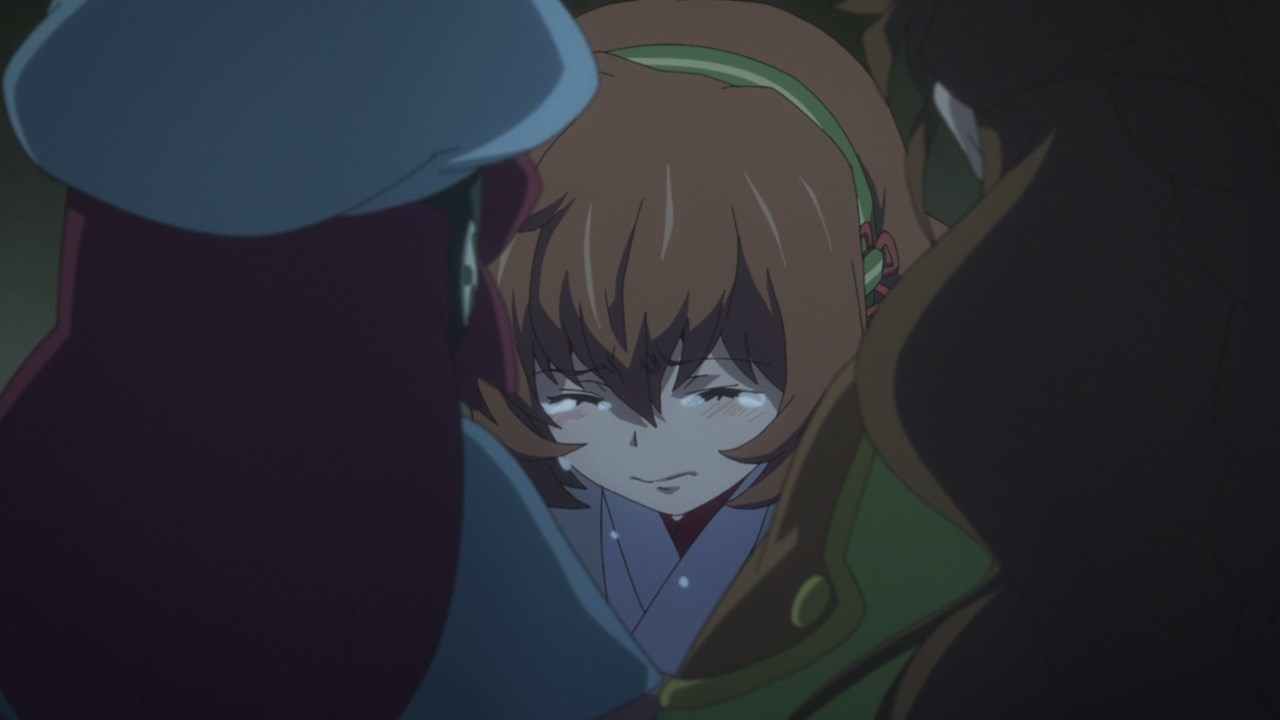 In any case, it’s sucks that we end this episode (and the 3rd season) with a rejection by her idol Shiroe as Minori cries. Very unfortunate to see the apprentice being broken-hearted after emulating Shiroe. 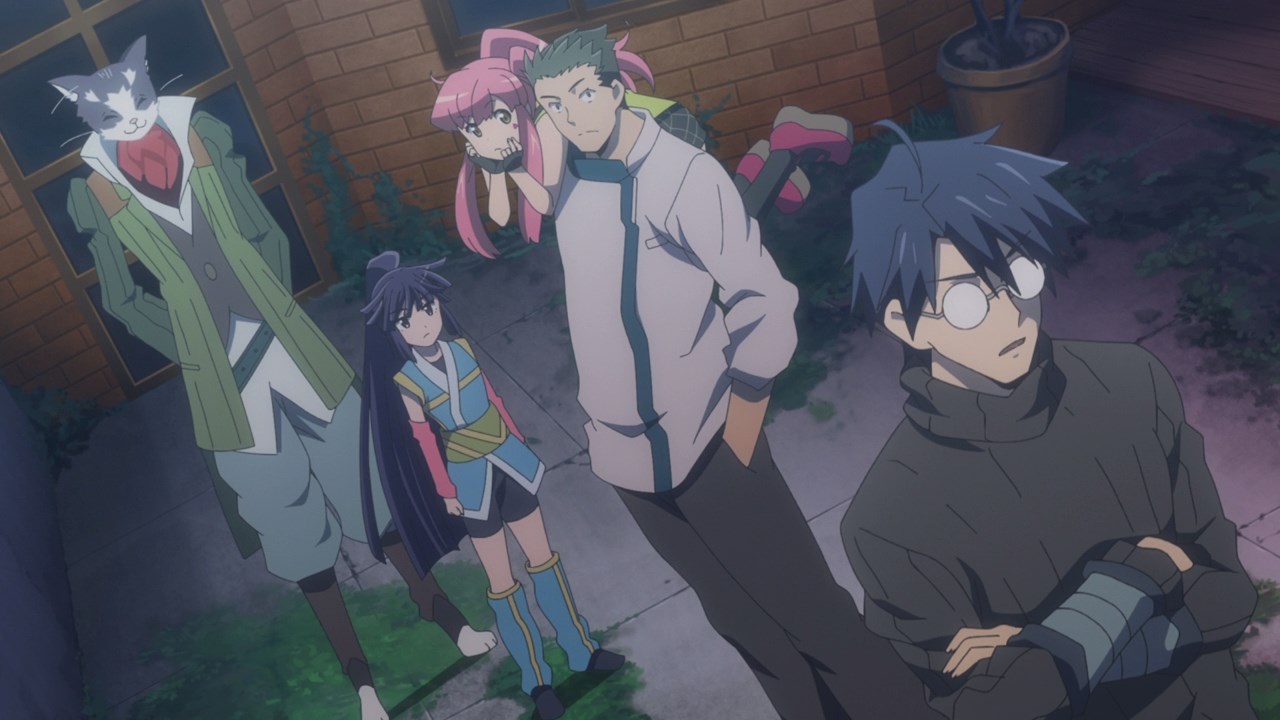 But speaking of Shiroe, it appears that he plans to pay a visit to Minami, meaning that the strategist will eventually encounter Indicus and the rest of Plant Hwyaden. But that’s saved for another season of Log Horizon.

I have to say that it’s an improvement over the 2nd season, but not as good as the 1st season. I mean, are still you excited to watch an anime by Studio DEEN? Regardless, I’m happy that Log Horizon got a 3rd season after being in hiatus for a long time ’cause most of the cast got featured in the spotlight, from Krusty to the junior Adventurers that saved Akiba.

Still, I have a feeling that it’ll be a long time before Season 4 arrives as Mamare Touno is currently working on finishing his light novel series on a slower pace. Regardless, looks like it’s time to say goodbye to Shiroe and his allies as I’ll see them again in a foreseeable future!