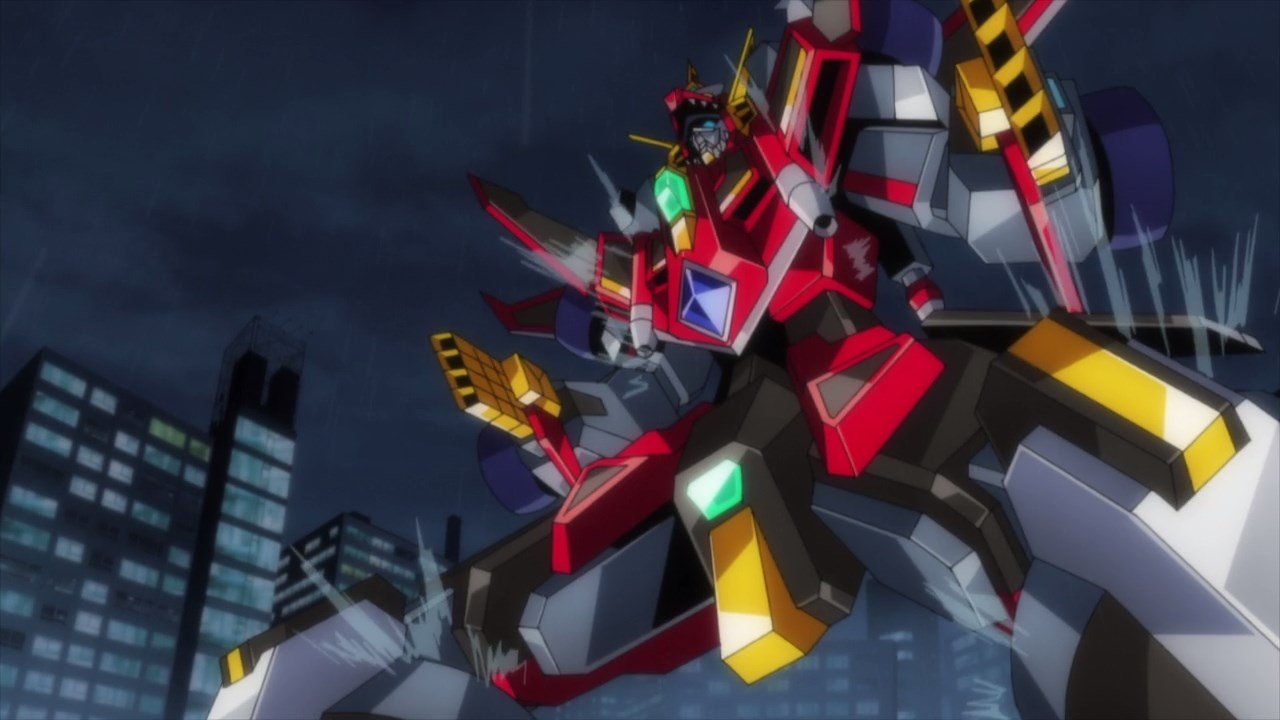 Well everyone, Studio Trigger is back with a spin-off to SSSS.GRIDMAN. Instead of an Ultraman-like hero, it features the titular mecha Dynazenon and it looks glorious! 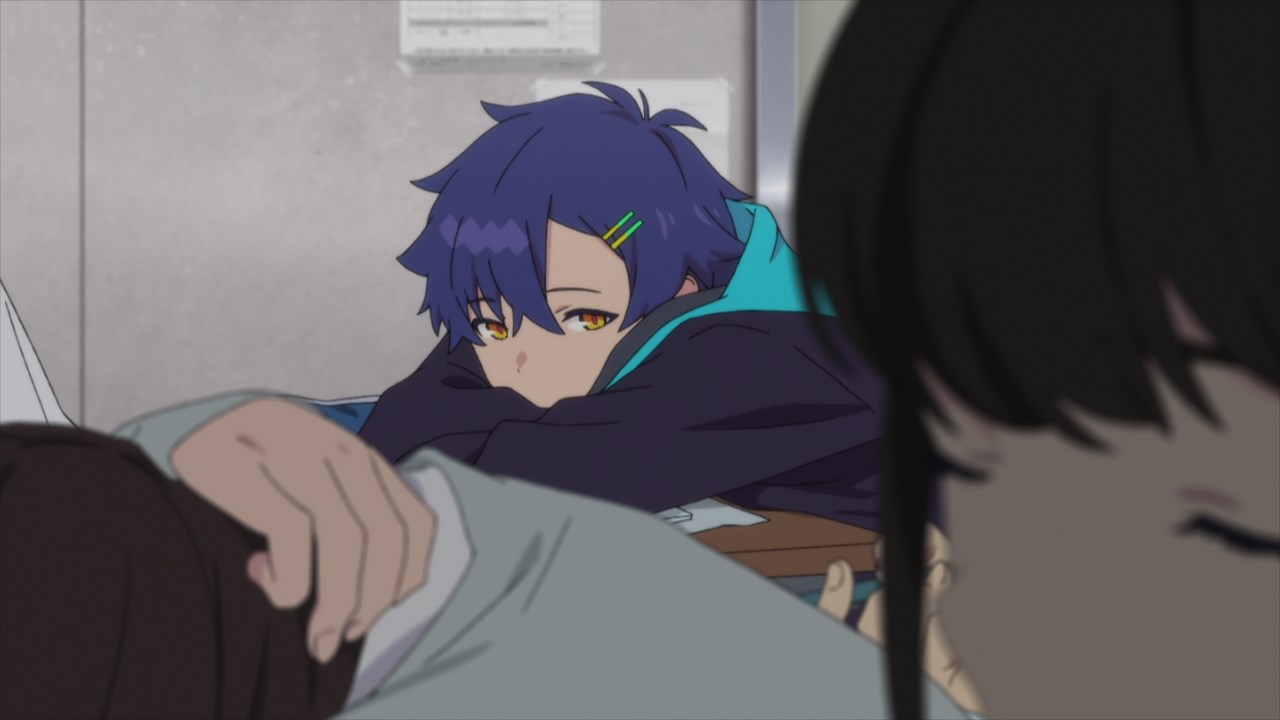 But let’s start right away with the introduction of Yomogi Asanaka, an ordinary boy who doesn’t have any dreams other than living a peaceful life. 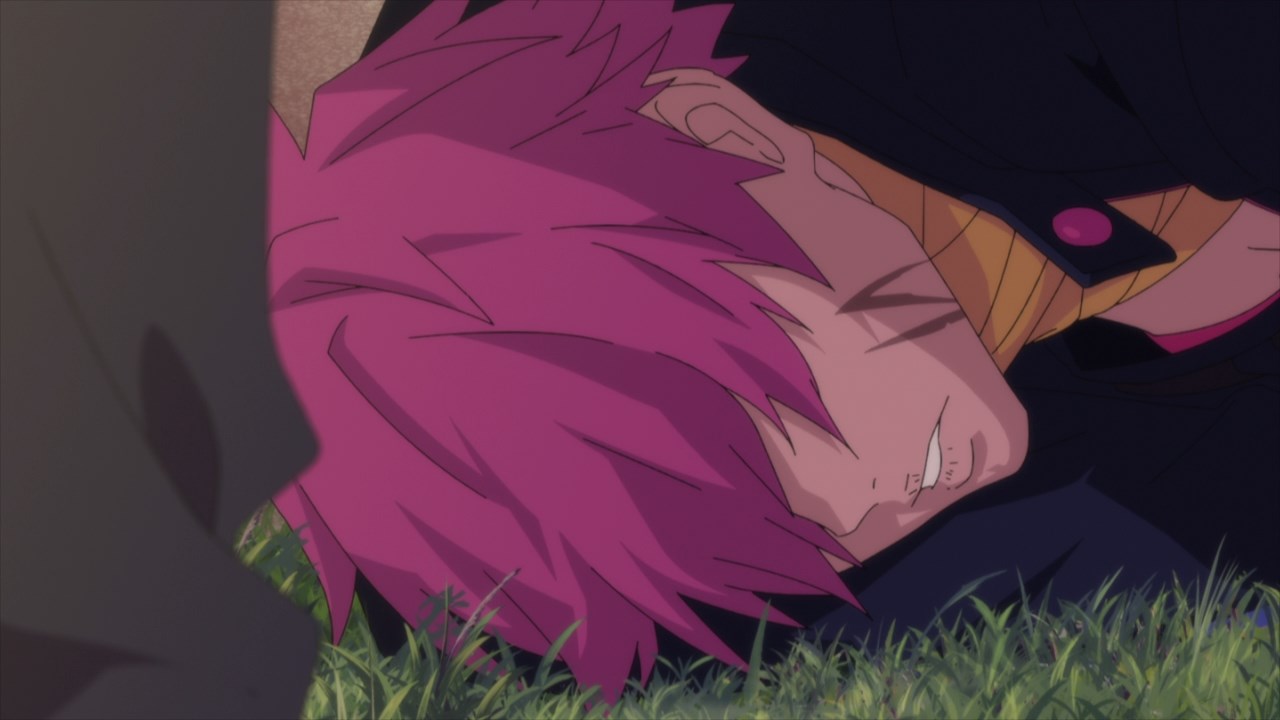 Well, that’s until Yomogi met Gauma, a self-proclaimed kaiju user who is very hungry and he’s about to die.

Okay, I have doubts if this guy is trust-worthy since Gauma said that he can control kaiju. Still, Yomogi can’t leave him to die like this. 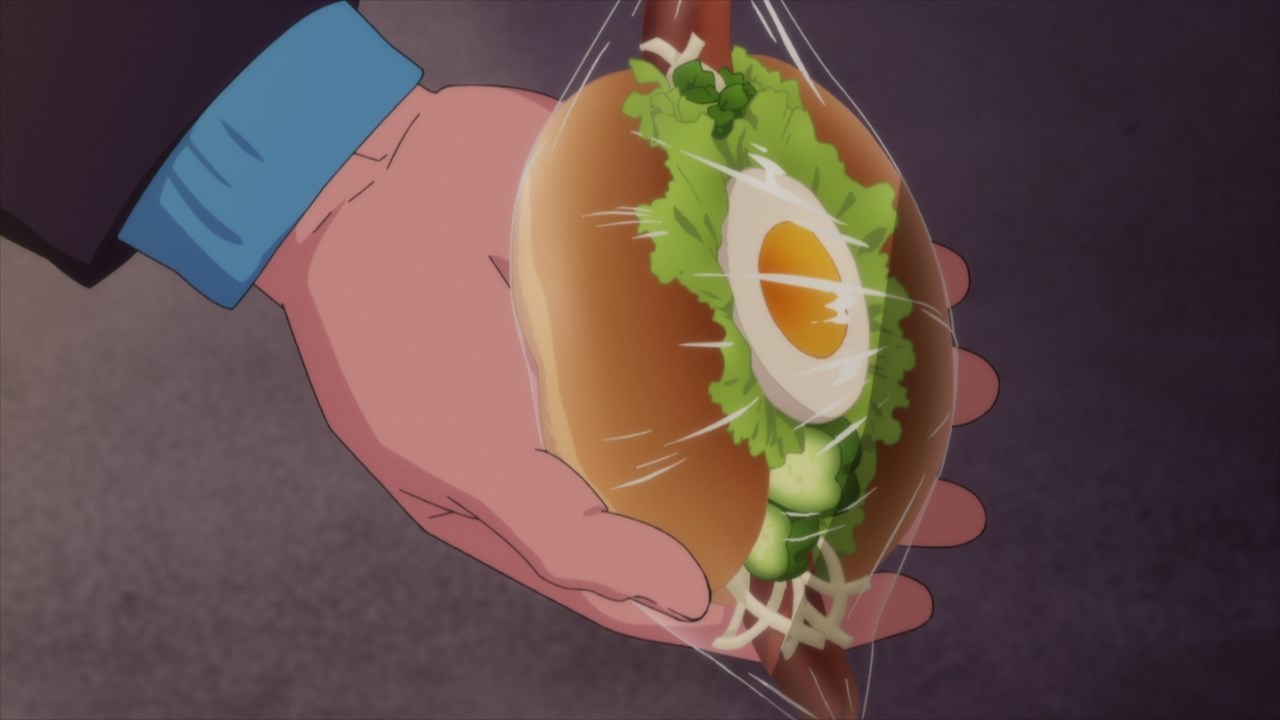 Luckily, Asanaka got a leftover hot dog and egg sandwich, Akane Shinjou’s favorite meal. Then again, I wonder if Akane still exists in this spin-off? 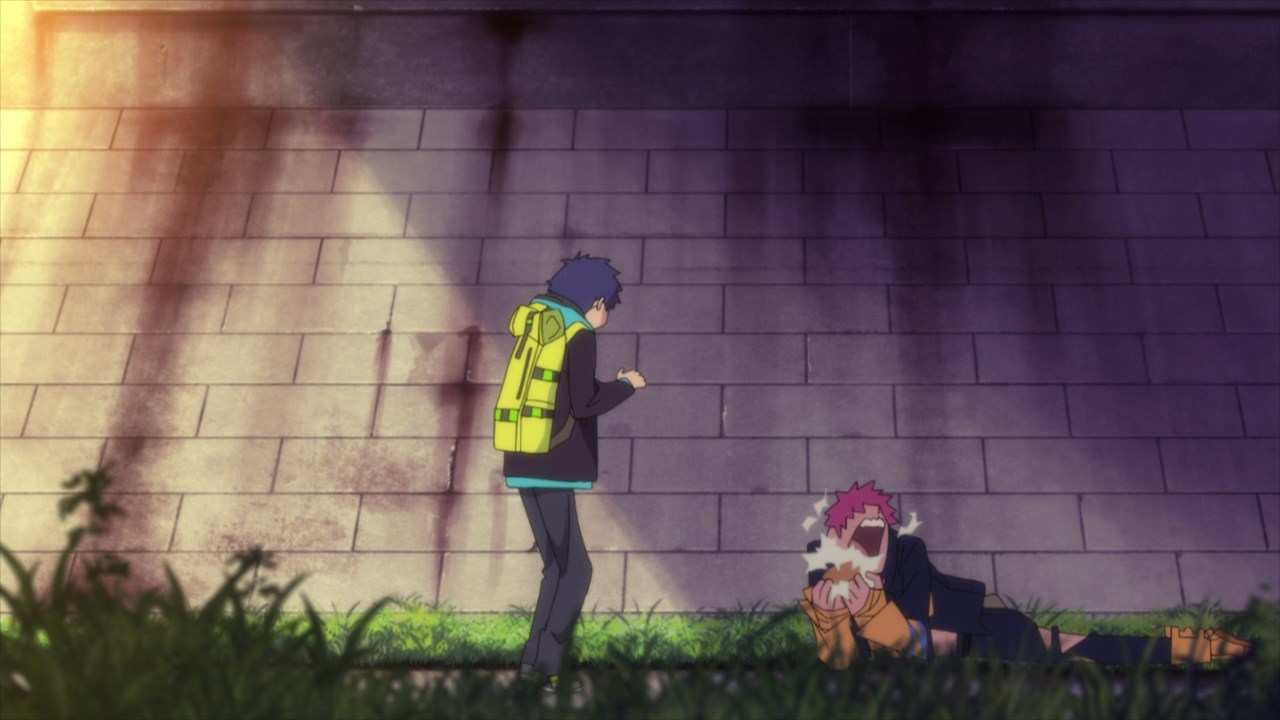 But regardless, Gauma ate the sandwich although he should have remove the wrap. Hoping that he has a strong stomach. 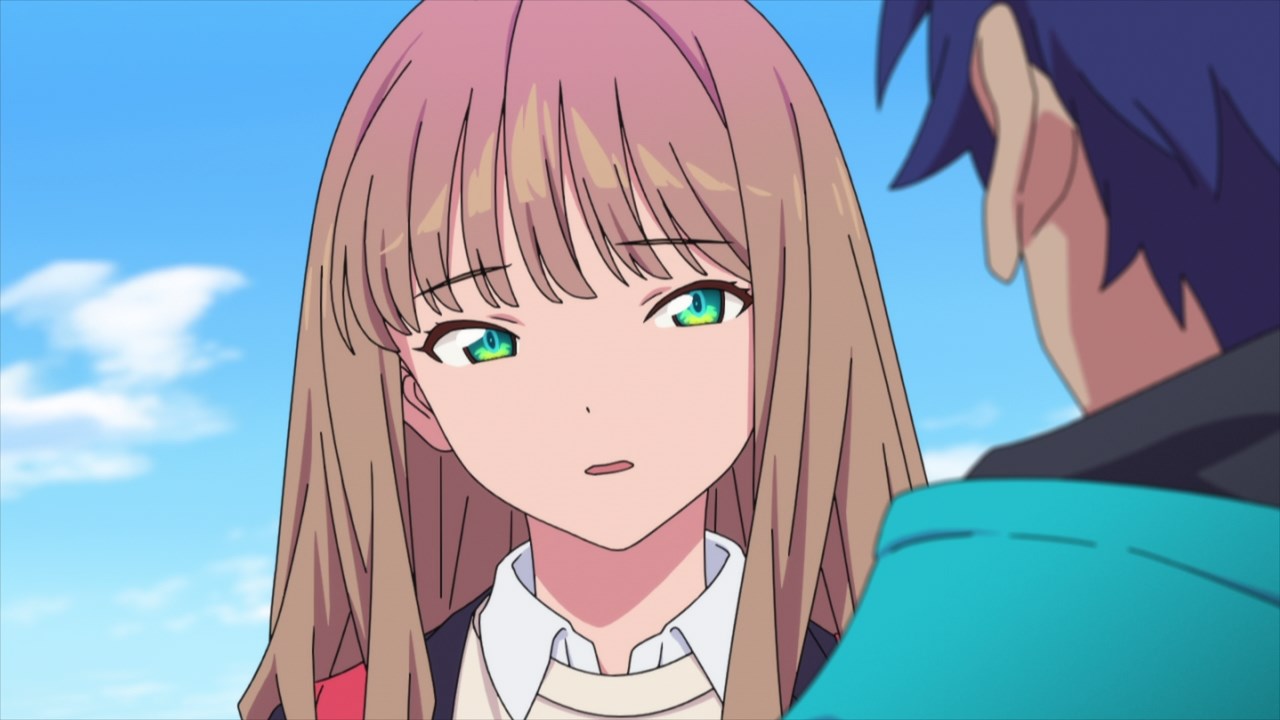 Next up is Yume Minami who asked Yomogi to meet her at 9 PM. Unfortunately, she didn’t meet up with Asanaka as there are rumors that Minami has a bad habit of breaking promises to boys. 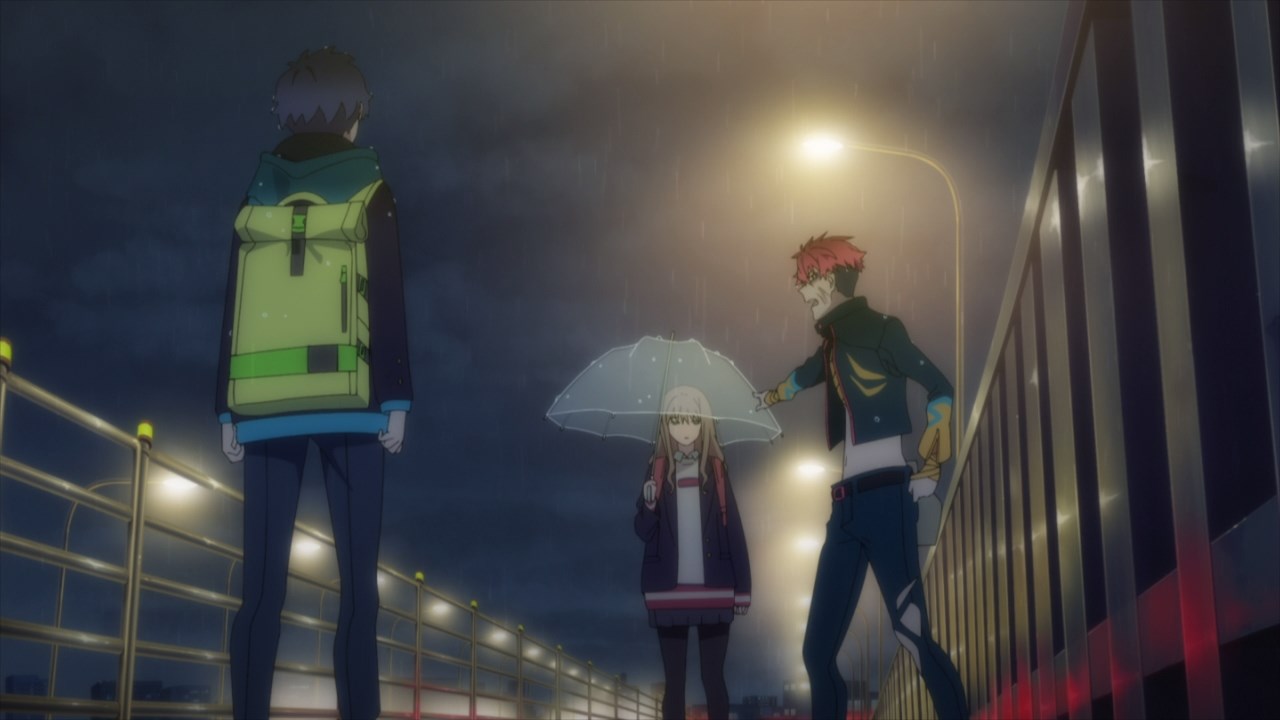 This made Gauma angry as he lash out at Yume for breaking her promise on meeting up with Yomogi.

But hey, at least Asanaka met up with Minami although dragging a self-proclaimed kaiju user into this mess would be dangerously awkward. 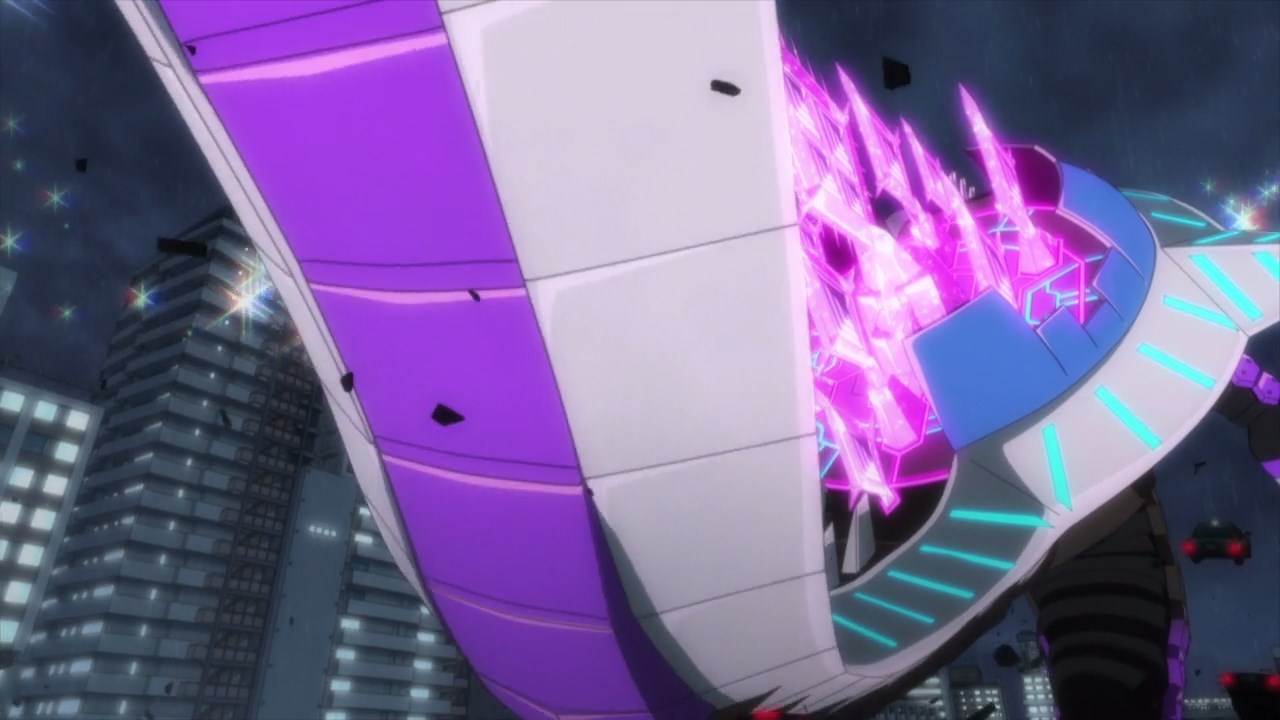 Speaking of kaiju, there’s one who’s currently attacking the city. Unfortunately, despite claiming that he can control kaiju, Gauma can’t even stop this monster. 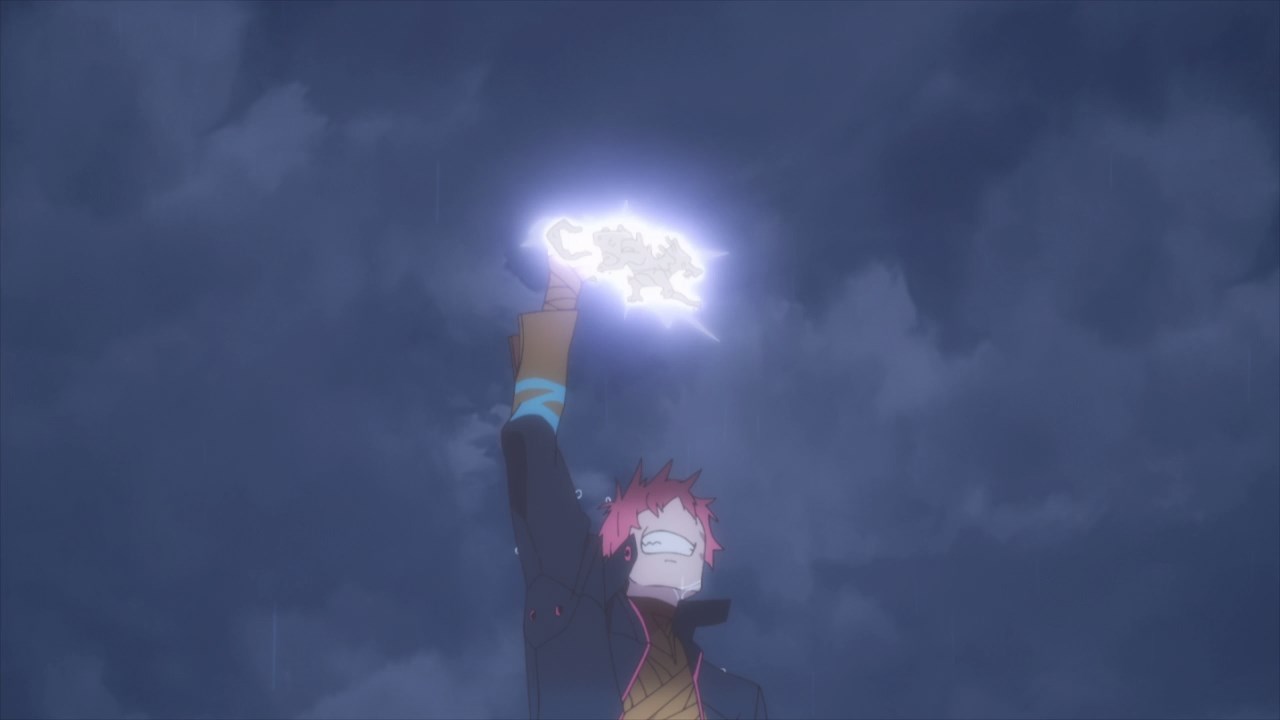 Luckily, he got some statue in which Gauma activates it by raising it up high. Not sure how Gauma has that statue. 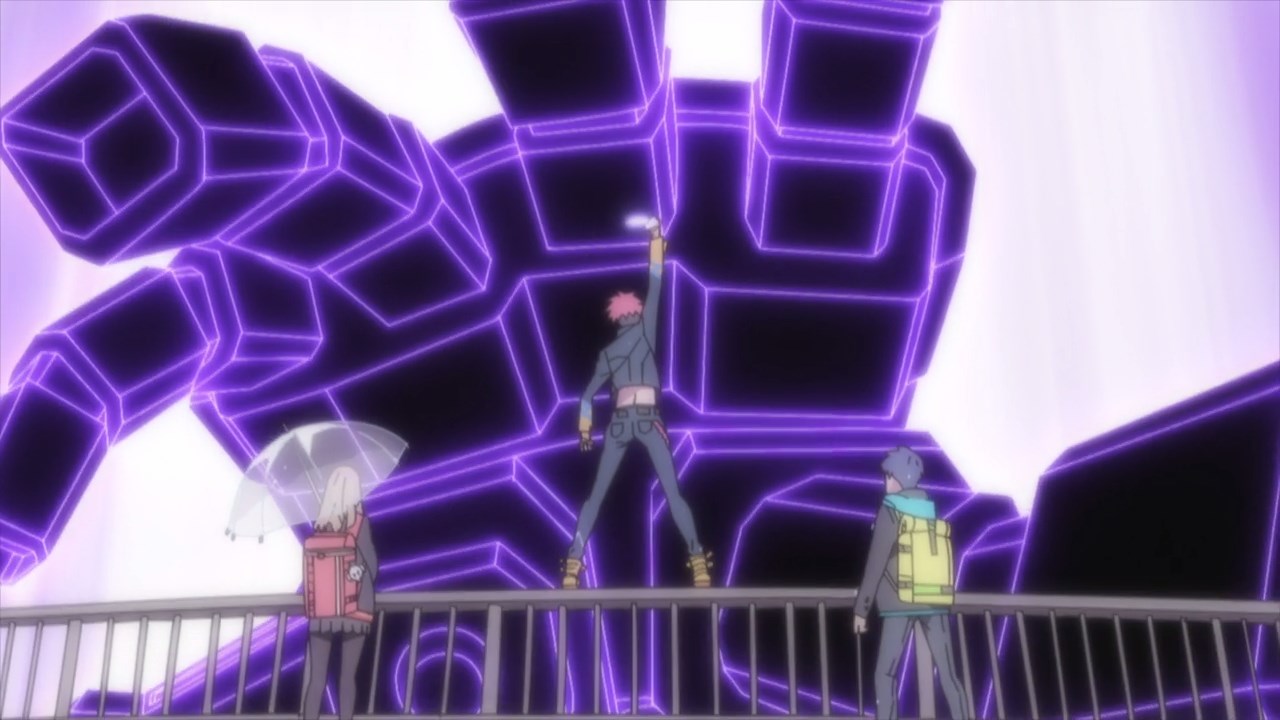 Still, the status is finally awaken as it turned into a giant robot that’s about to grab Gauma, Yomogi, and Yume. 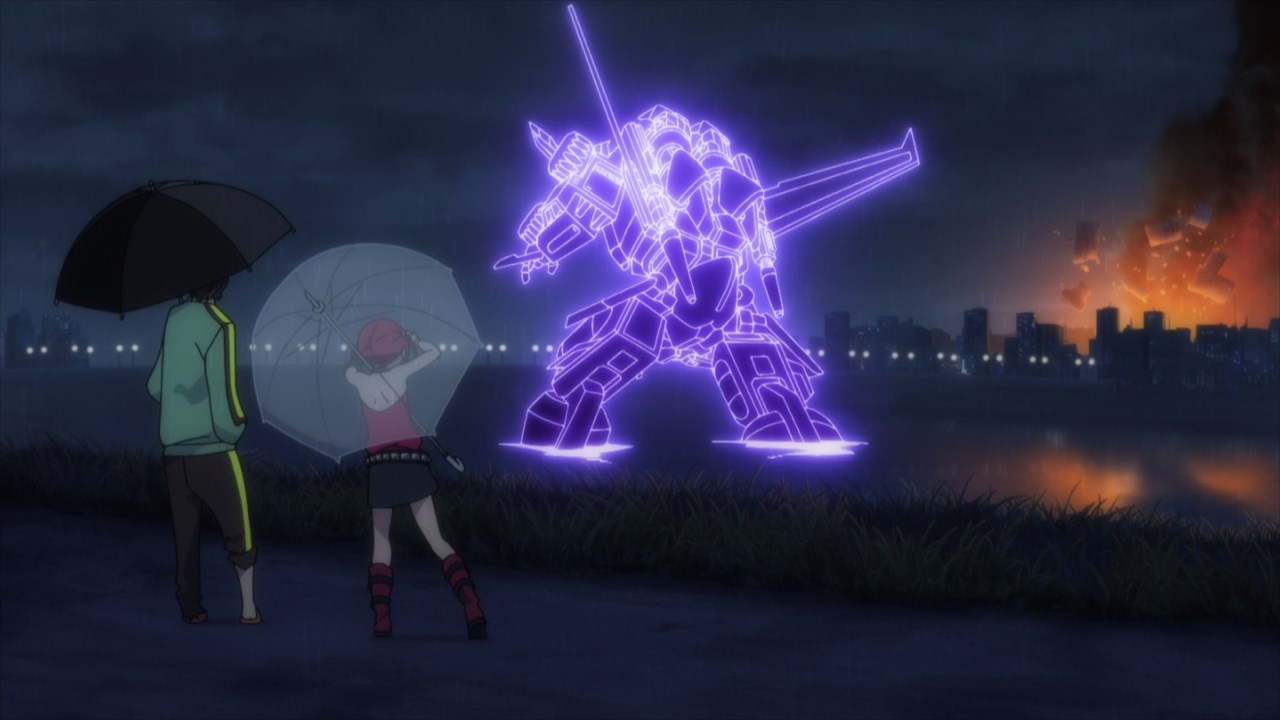 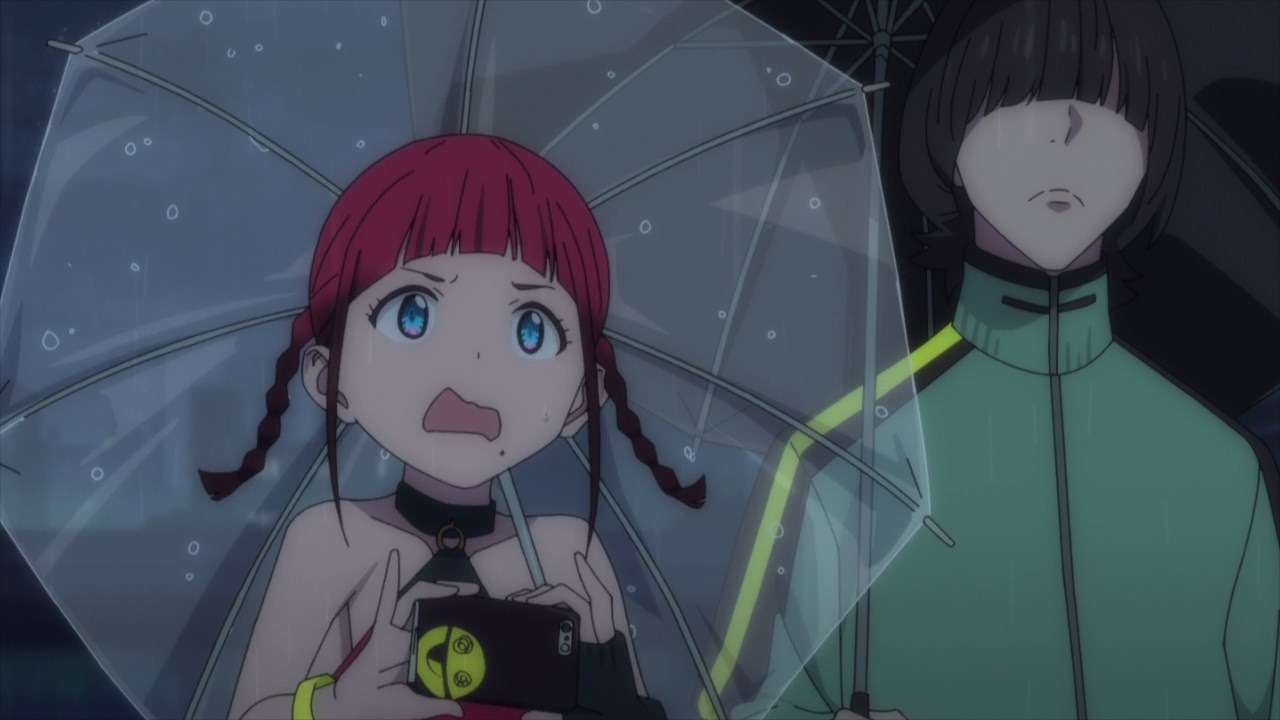 Also in the scene is both Chise Asukagawa and Koyomi Yamanaka, two NEETs who decided to get some grub but they stumbled upon a robot instead. 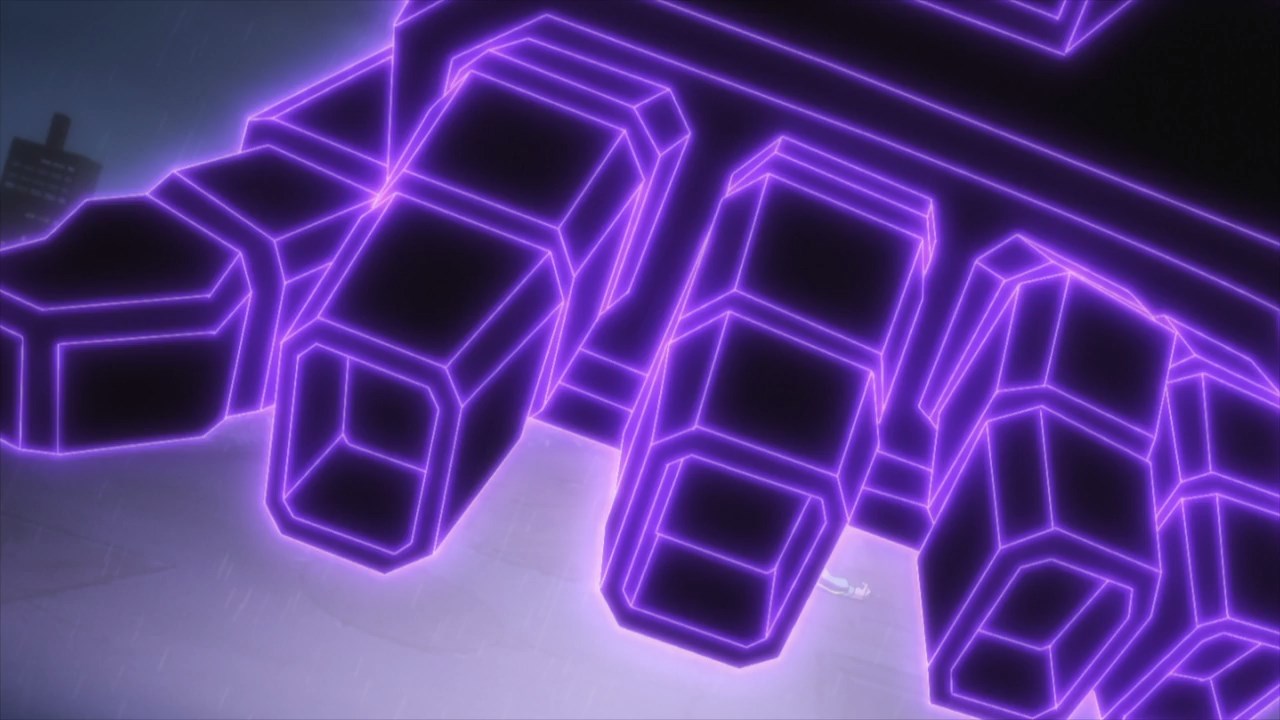 Sadly, the only person got grabbed by the robot is Koyomi, leaving Chise all alone. Then again, I wonder if Yamanaka and the rest are alive? 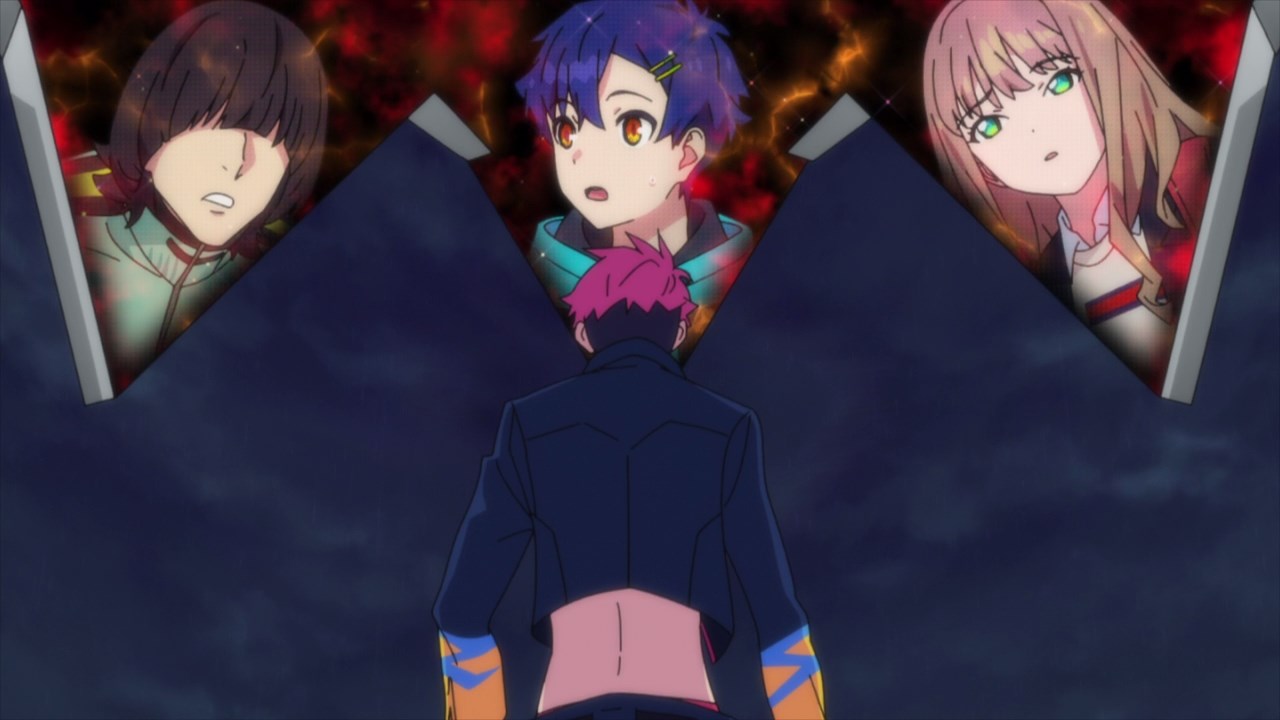 Well, turns out that they’re inside the robot as it needs 4 people to pilot it. 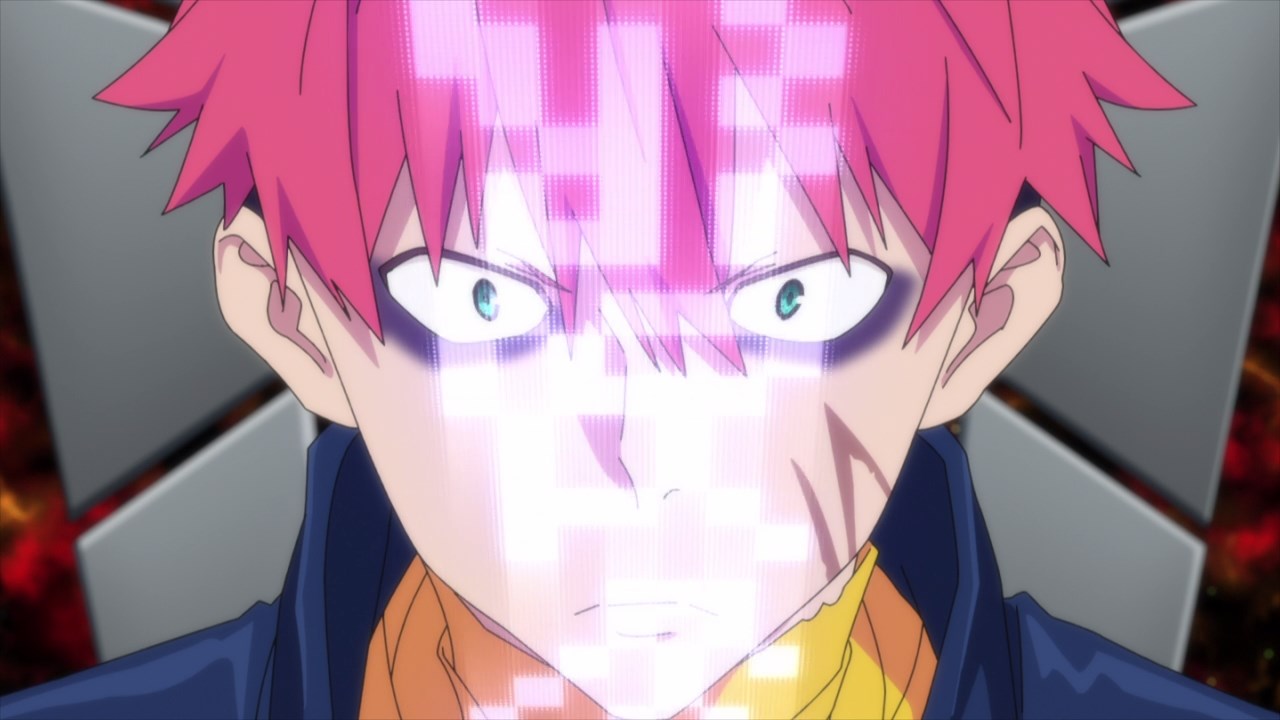 Also, the giant robot’s name is Dynazenon as Gauma read the text upon entering the robot. But anyways, time for the main event! 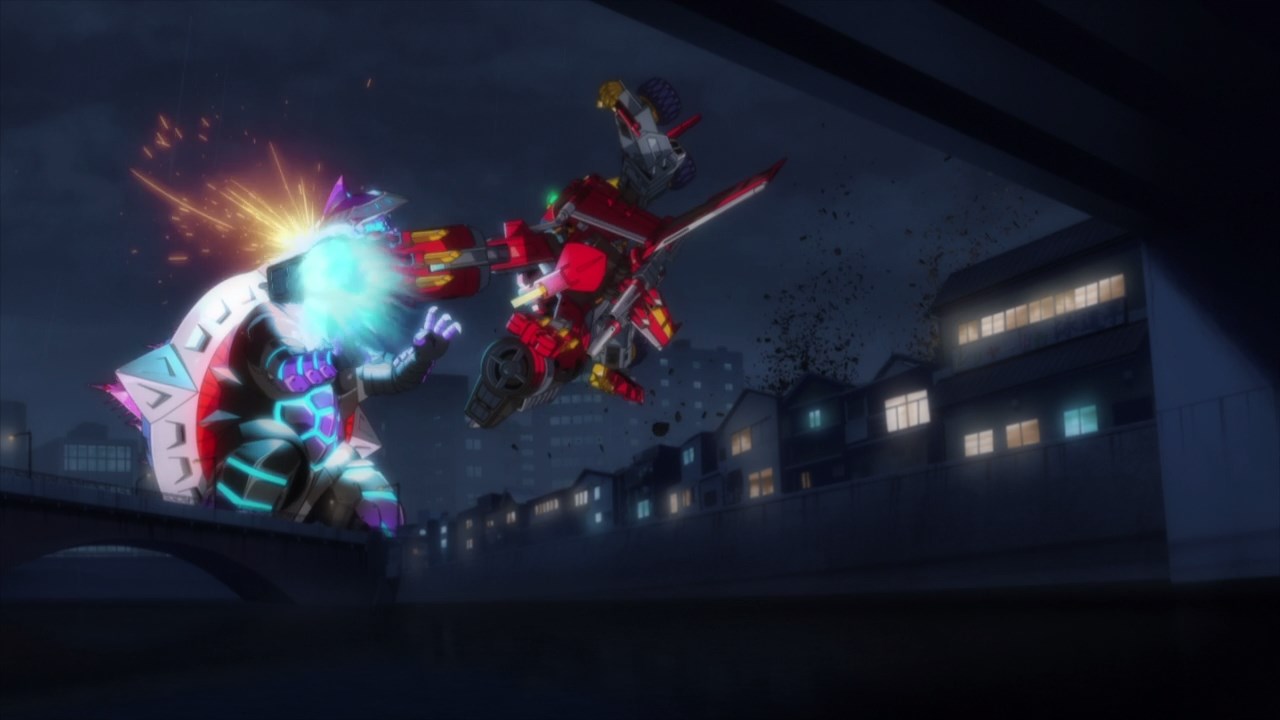 As you can see, Dynazenon delivered a drop kick at the kaiji. Gotta say that it’s gonna be an easy win. 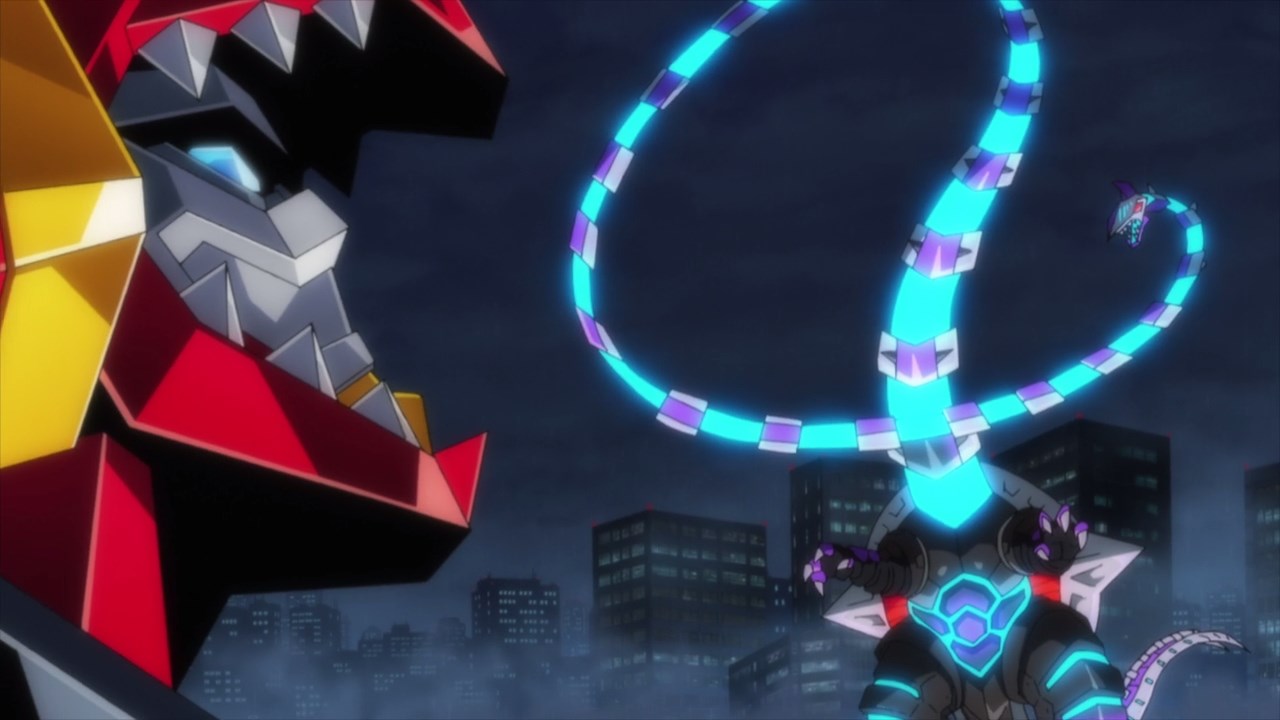 Except that the kaiju extended its neck, meaning that it’s getting serious on destroying Dynazenon. Man, what will Gauma and his allies do? 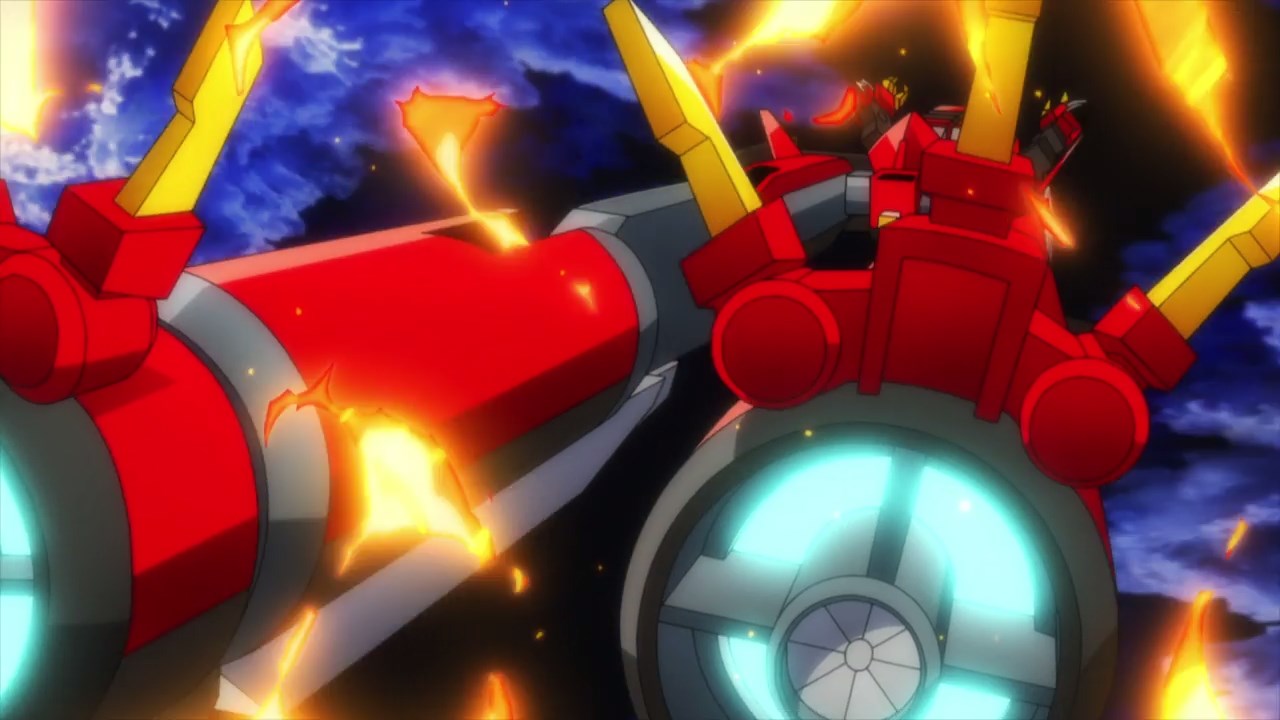 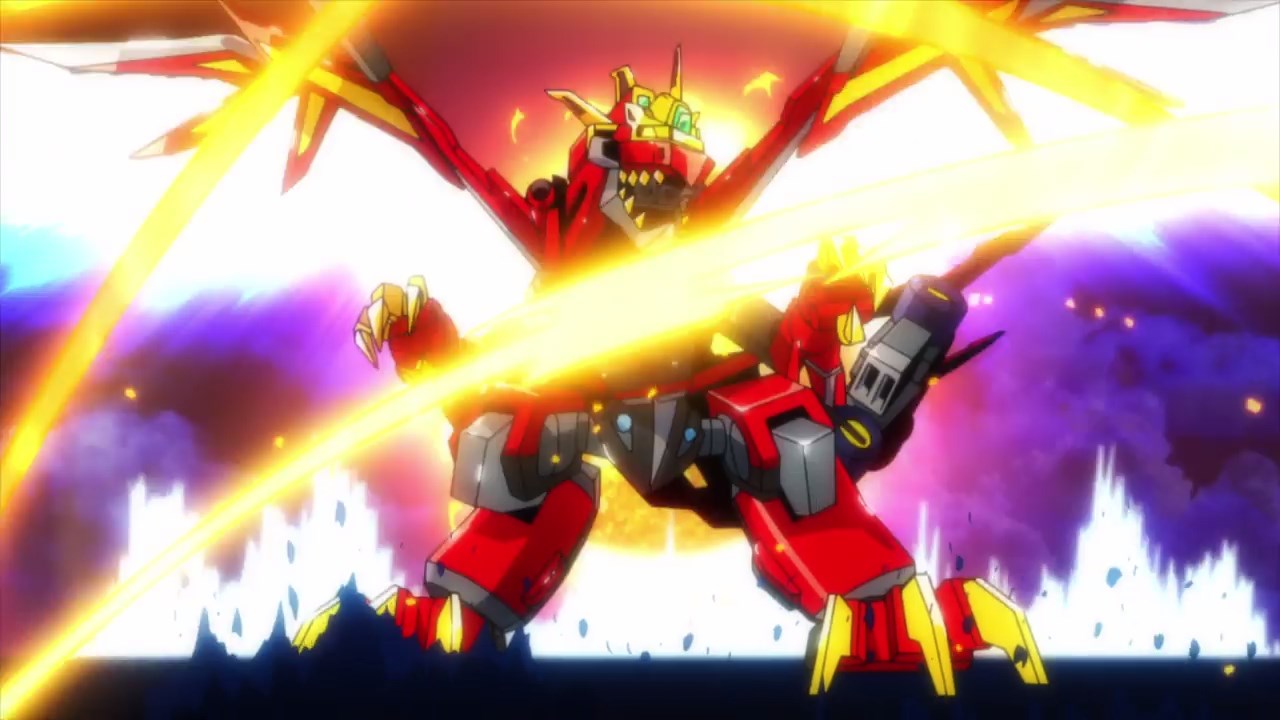 Well, transform Dynazenon from a humanoid robot into a tyrannosaurus/dragon named Dyna Rex.

While I want to see its humanoid form delivering a finishing blow, I’m curious to see how Dyna Rex deal with a kaiju. 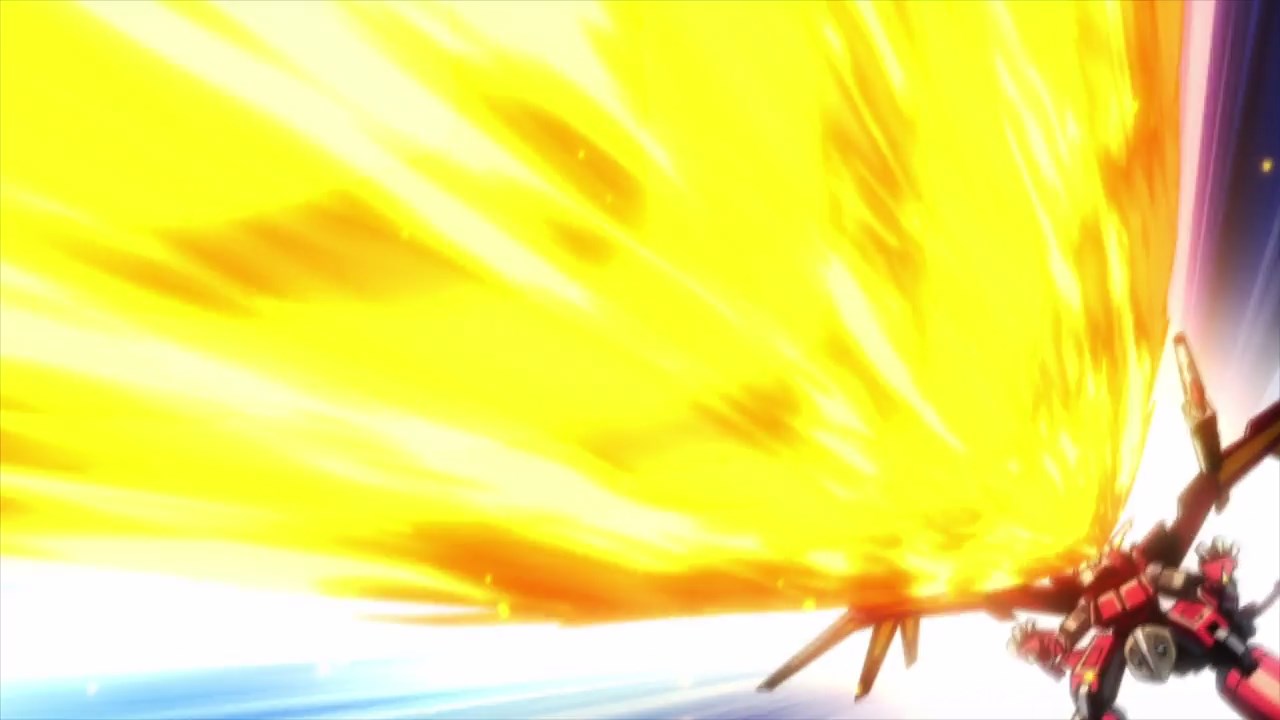 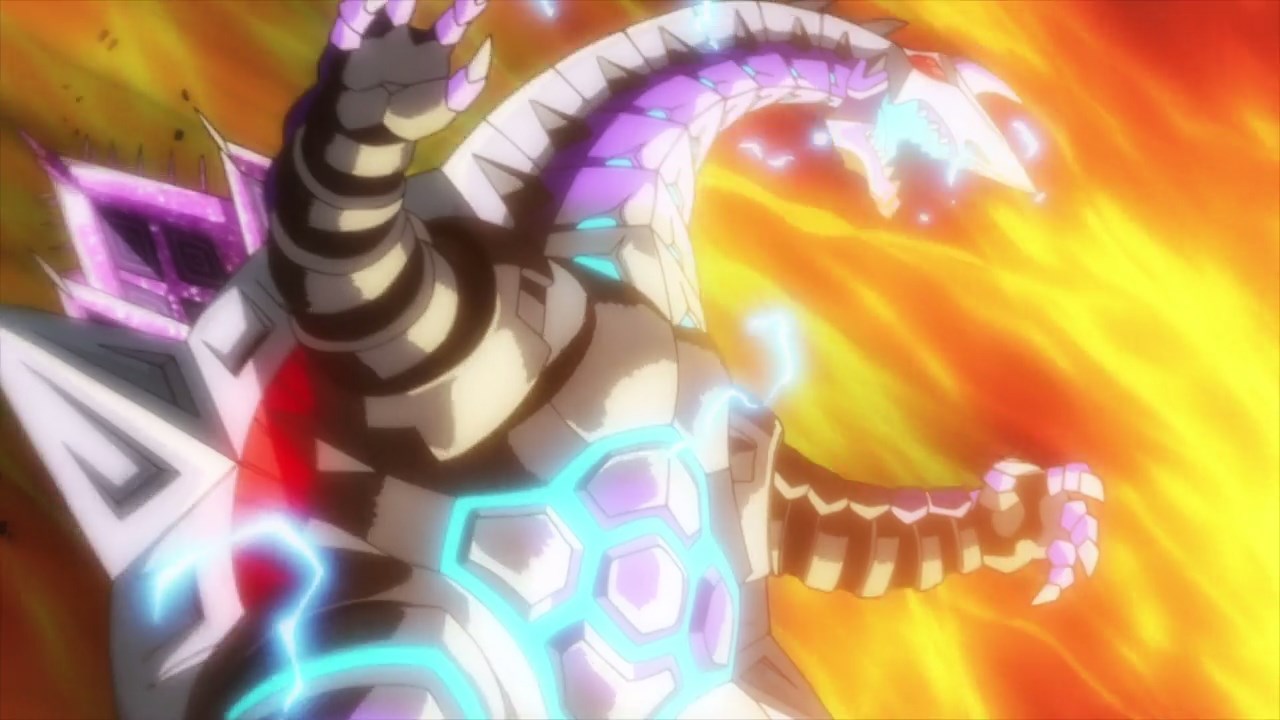 Anyways, time for Gauma and his allies to finish this episode’s kaiju as Dyna Rex destroys it with a Blazing Inferno Rex Roar. Man, I love the first episode right away! 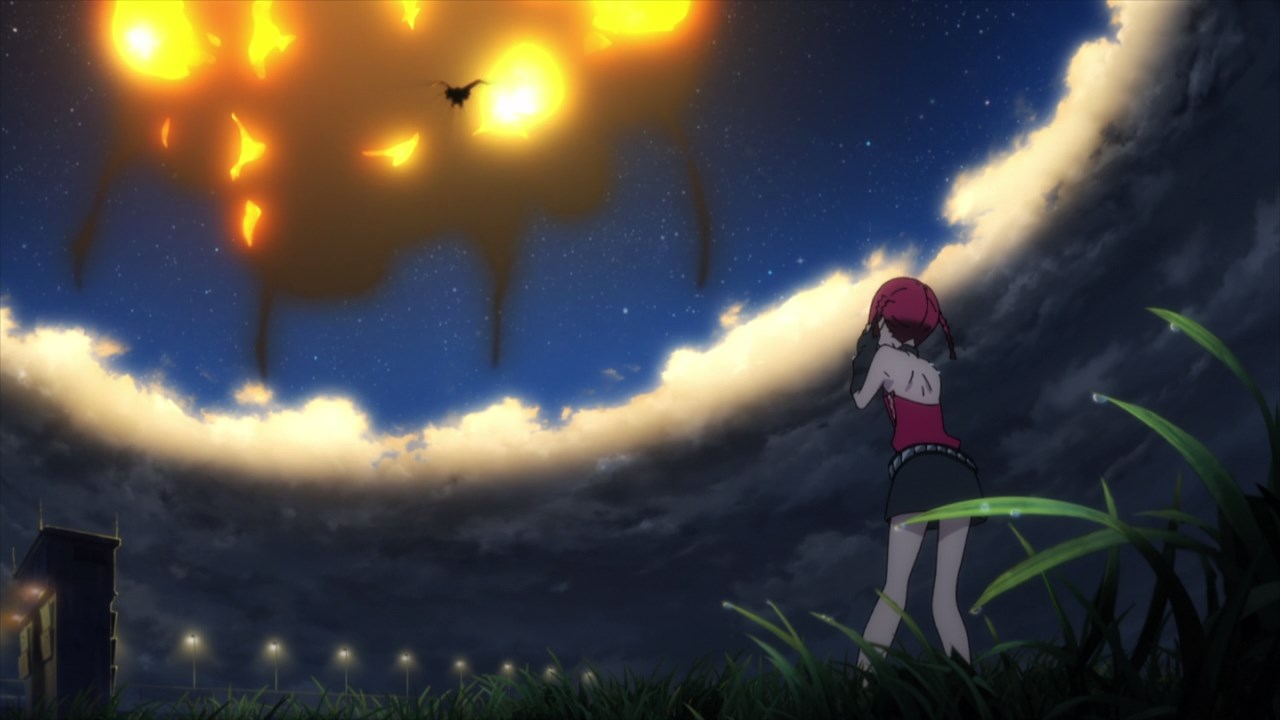 Oh yeah, here’s Chise Asukagawa as she’s okay, but the only thing Chise is worried is whether Koyomi Yamanaka is still alive. Don’t worry Chise, your senior is okay! 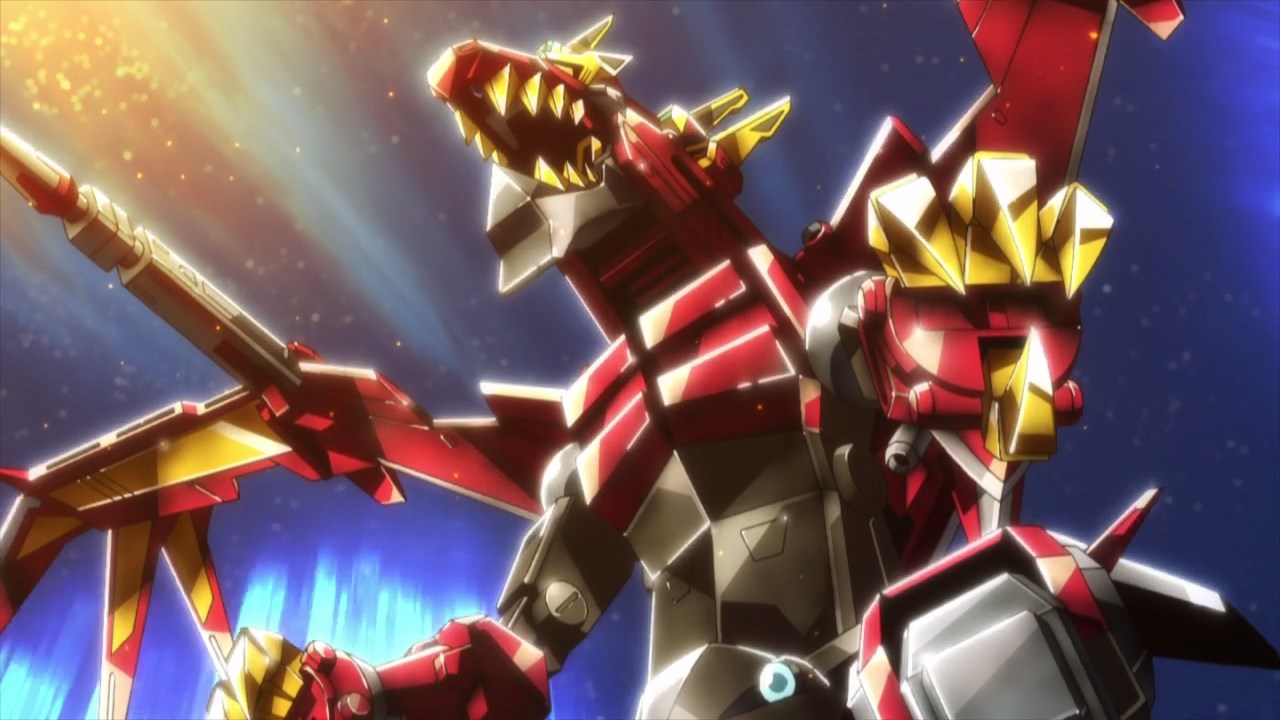 And that’s the end of the first episode as Dynazenon won its first battle. Of course, the only thing I’m curious is the characters themselves as there are dark secrets they need to tell.

Well then, I can’t wait for the next episode as Studio Trigger made mecha anime great again!