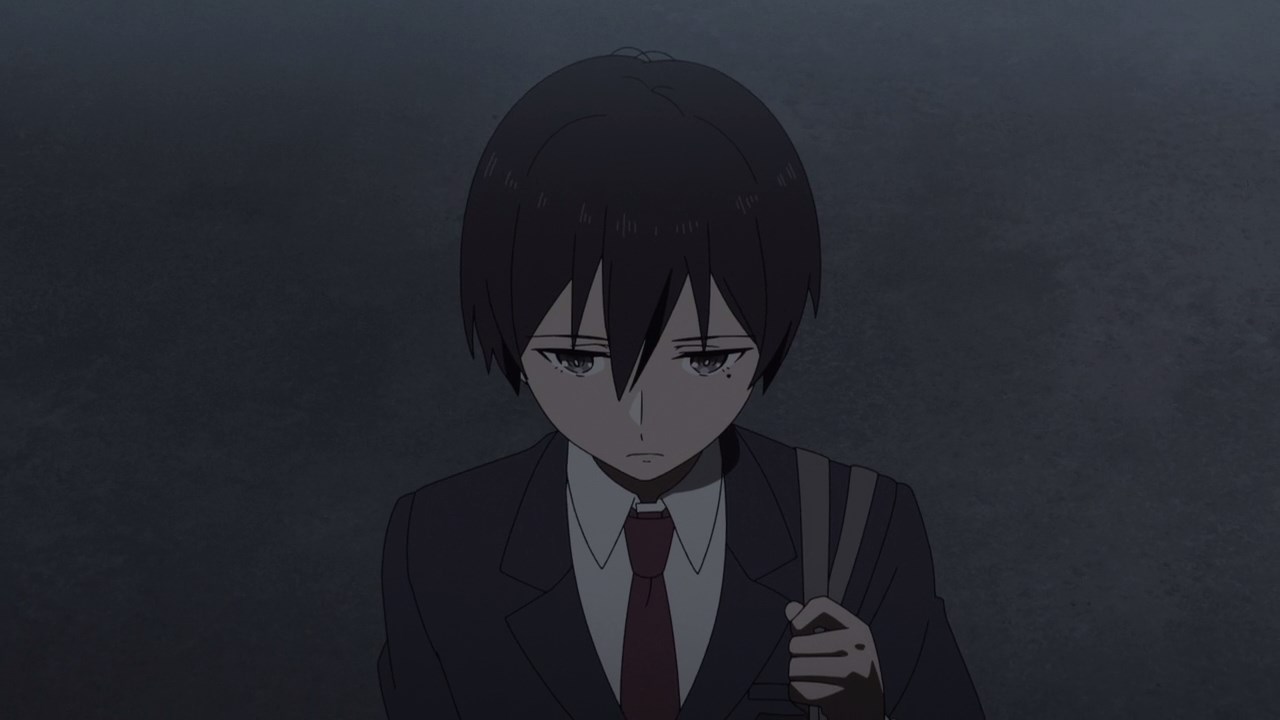 Meet Hiroshi Yuuki, a former member of the athletics club who not only got bullied by almost everyone, but his biggest regret will be botching the 100-meter dash. Basically, a gloomy person to begin with.

But hey, the only thing that relieves his stress is by playing video games, although finding the latest games like Finalizing Quest 22 is hard and expensive. 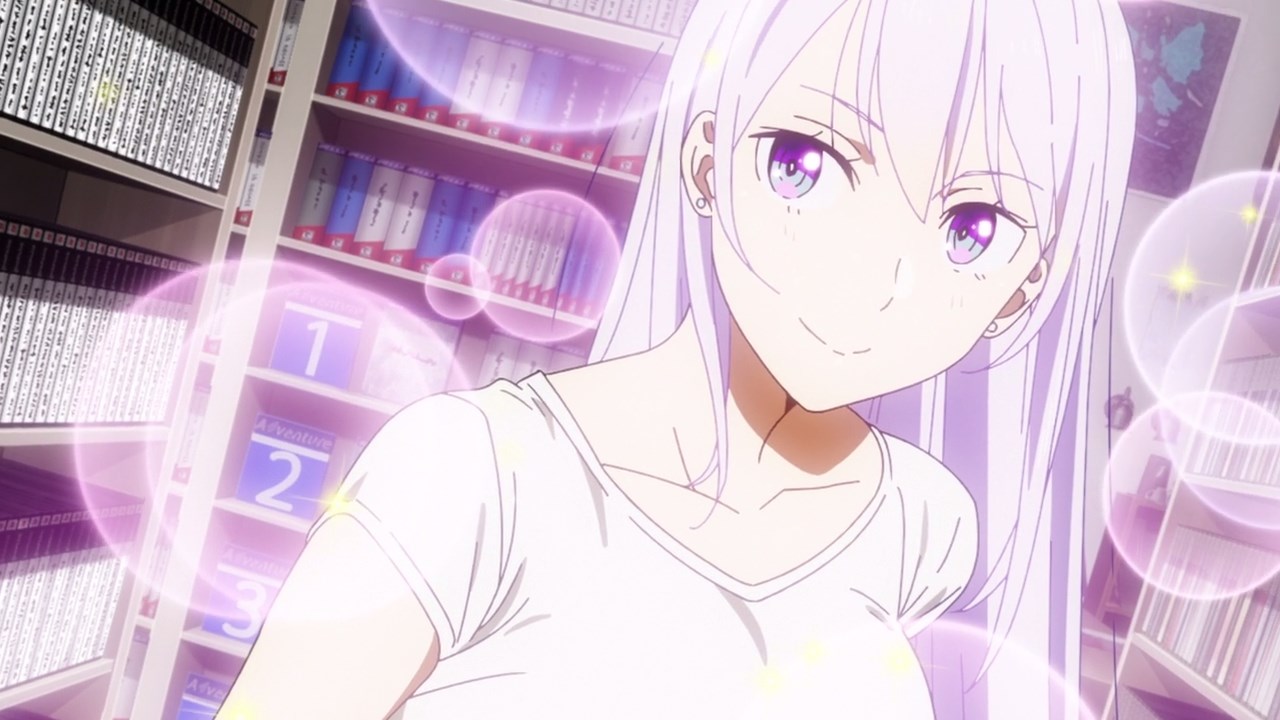 Fortunately, Hiro stumbled upon a video game store owned by Reona Kisaragi, where it said that she sells the latest games at a lower price. Let’s hope that she sells Finalizing Quest 22. 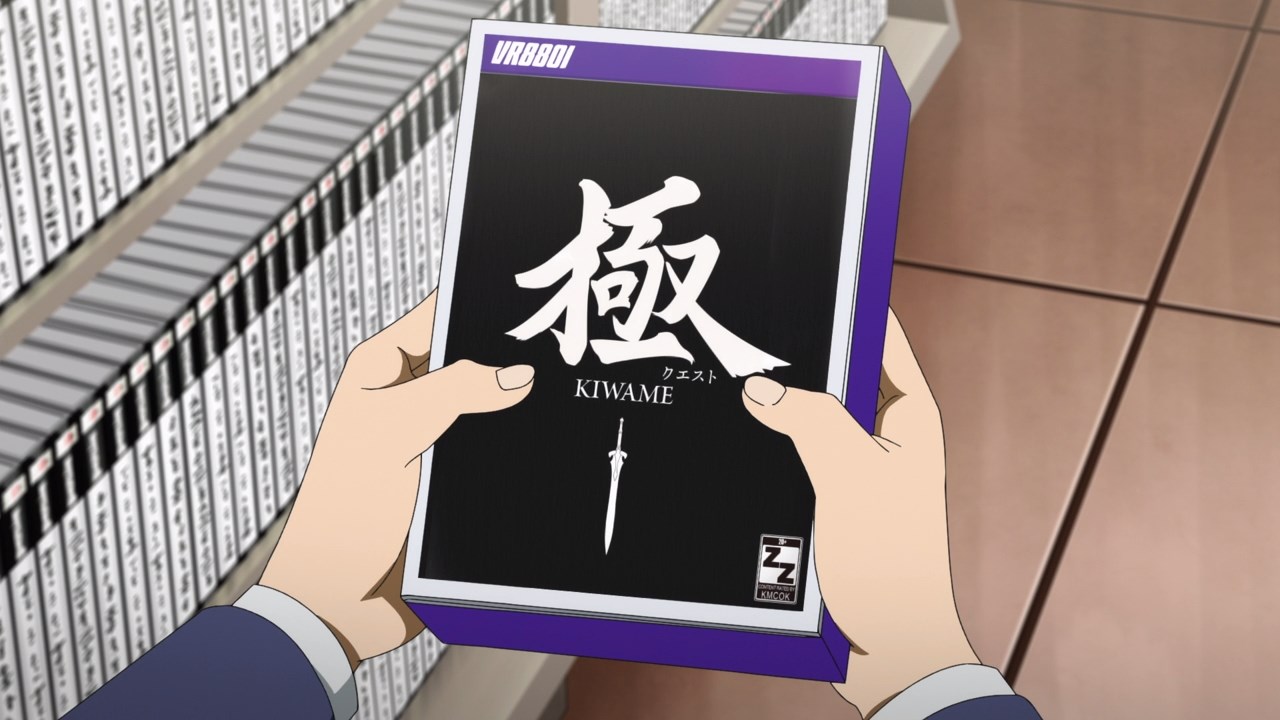 Except that Reona sold Kiwami Quest, a full dive RPG from 10 years ago where she told Hiro that it’s better than playing the entire Finalizing Quest series. Man, she pulled a scumbag move on him! 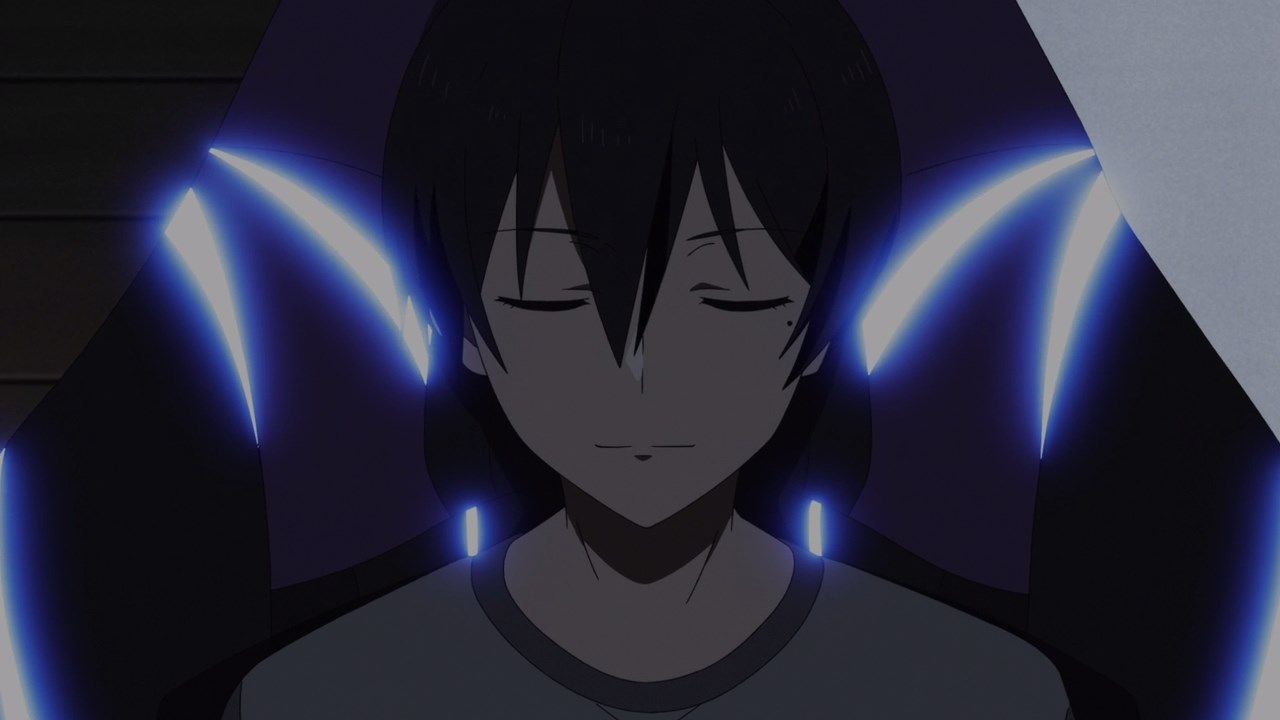 But you know what, Hiroshi Yuuki will try it out and see if Reona Kisaragi’s claims about Kiwami Quest is actually true.

Oh by the way, no need for some fancy headset as all Hiro needs is a cool gaming chair to log into Kiwami Quest. 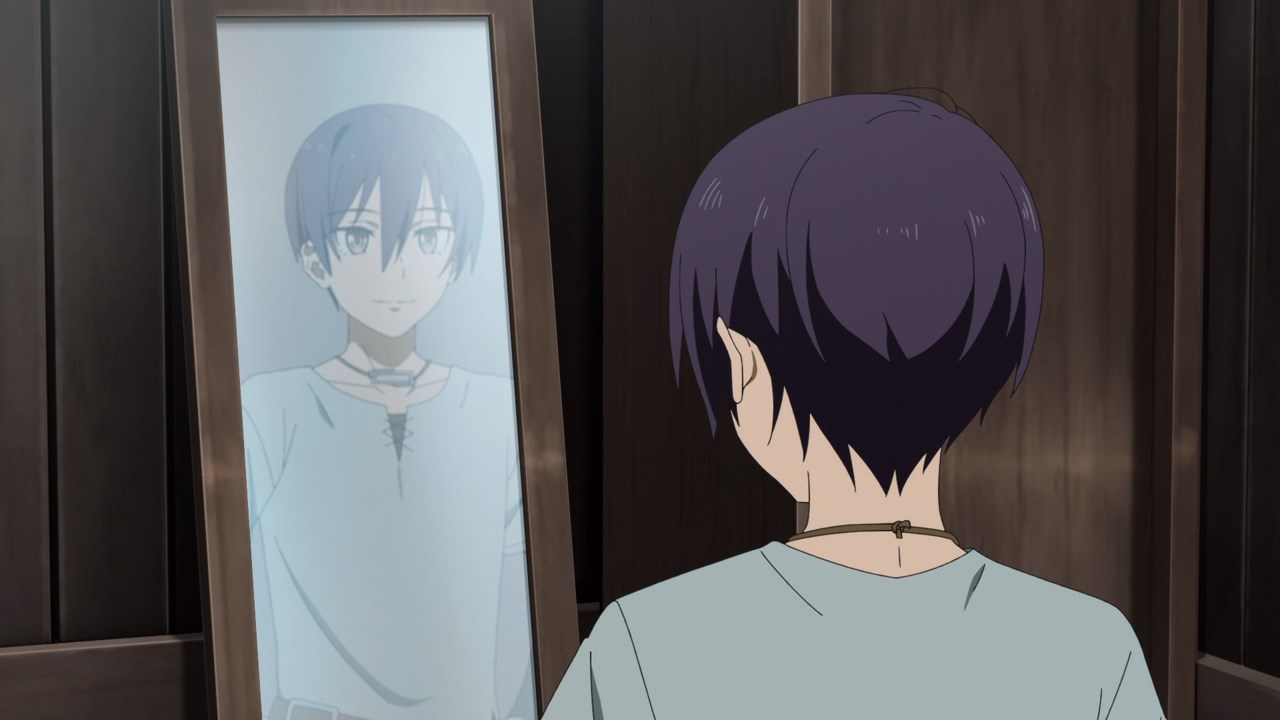 And as you can see, he’s amazed on how realistic the game is, right down to replicating the 5 human senses as well as copying his appearance from the real world. 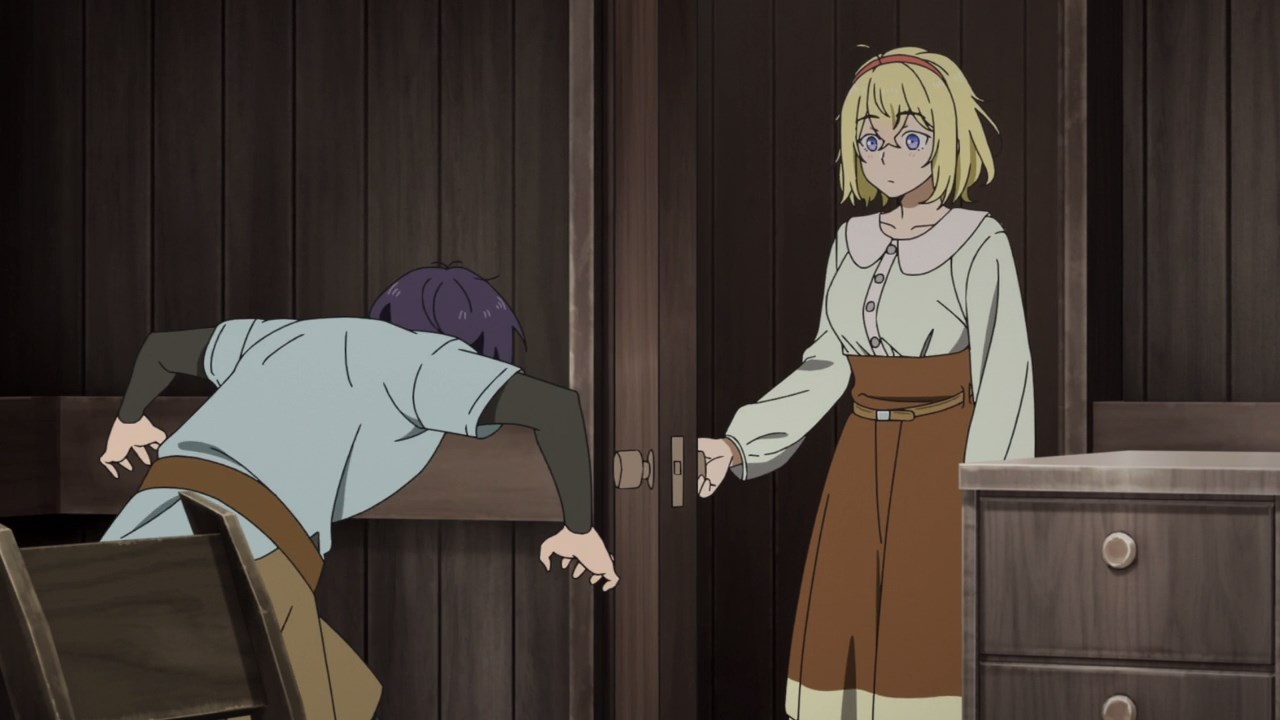 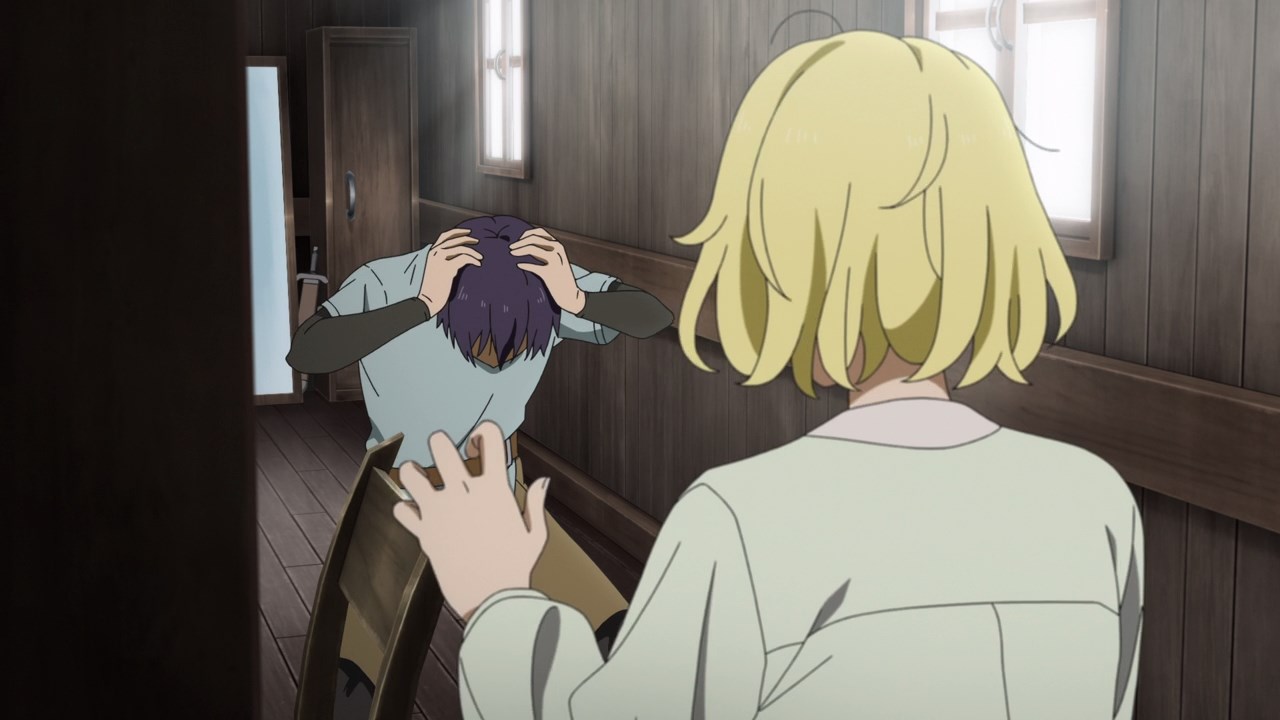 Oh and speaking of human senses, it appears that Kiwami Quest can deliver realistic pain to players as Alicia barges in and slams the door towards Hiro’s noggin. 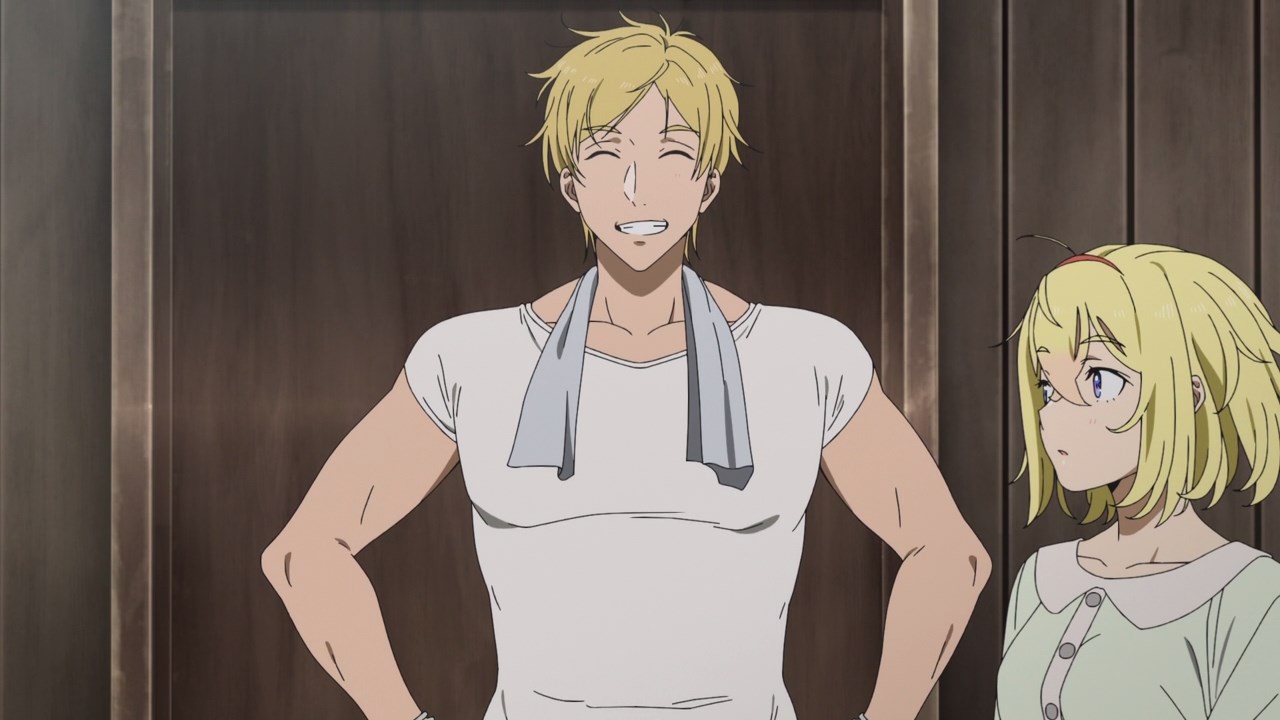 Oh yeah, let’s move onto the NPCs for a minute where Hiro is greeted by both Alicia and her older brother Martin as they told him that the apples are ready to be harvested.

Well that’s nice but Hiro doesn’t want to get some apples as he really wants to kill monsters and gain experience. 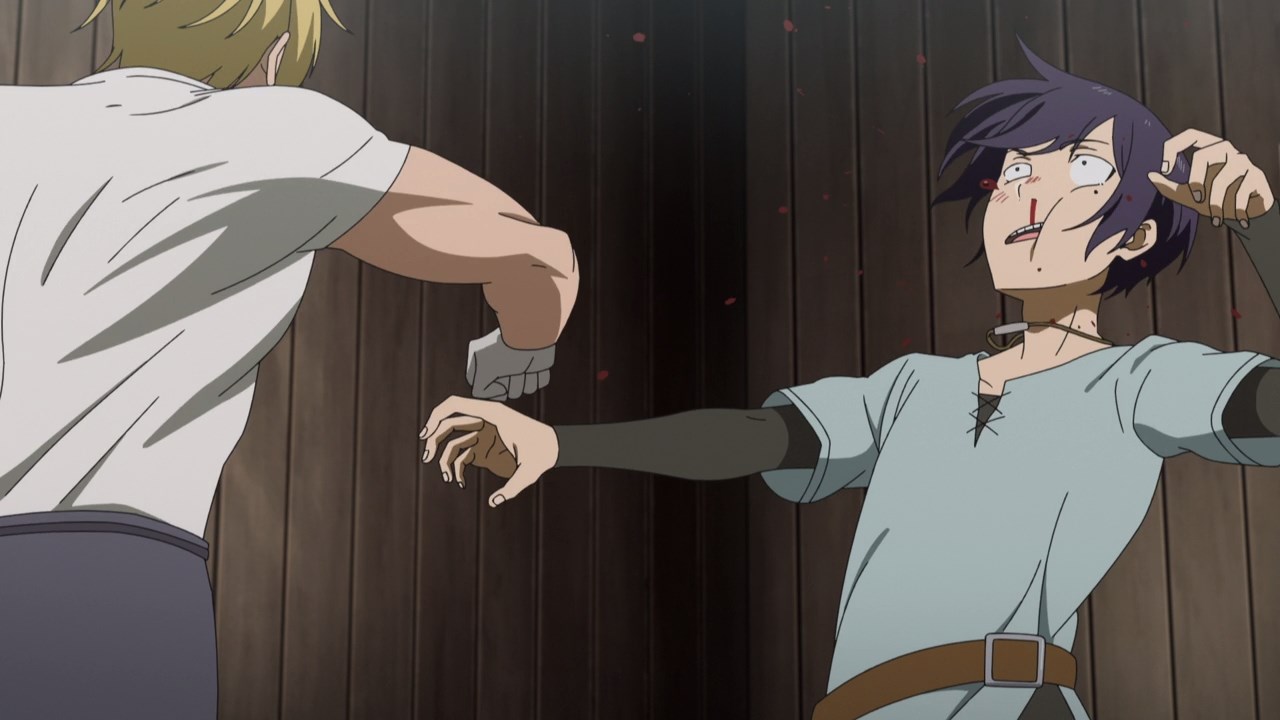 Unfortunately, Martin refused as he punched Hiro to the face. That’s gotta hurt as Hiro’s nose is bleeding! 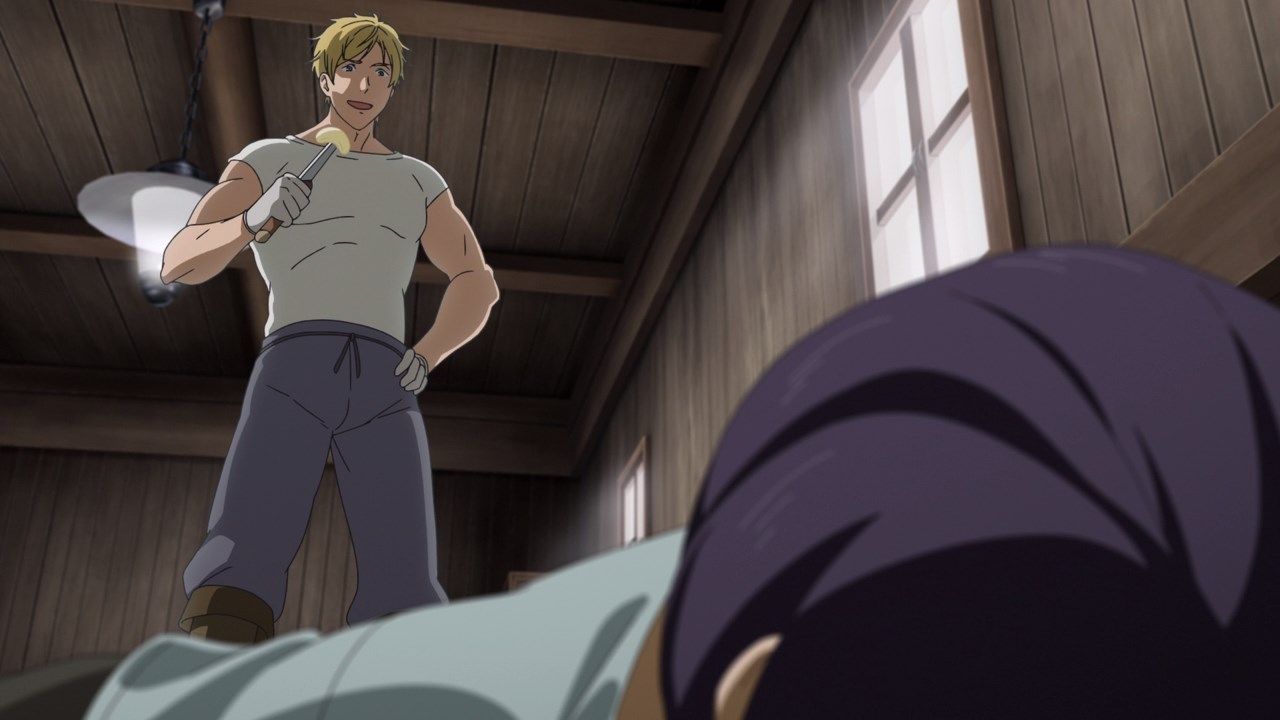 In any case, Martin told Hiro to stay inside the town as going outside of it is very dangerous. However, Hiro won’t give up on taking on monsters and clear the game. 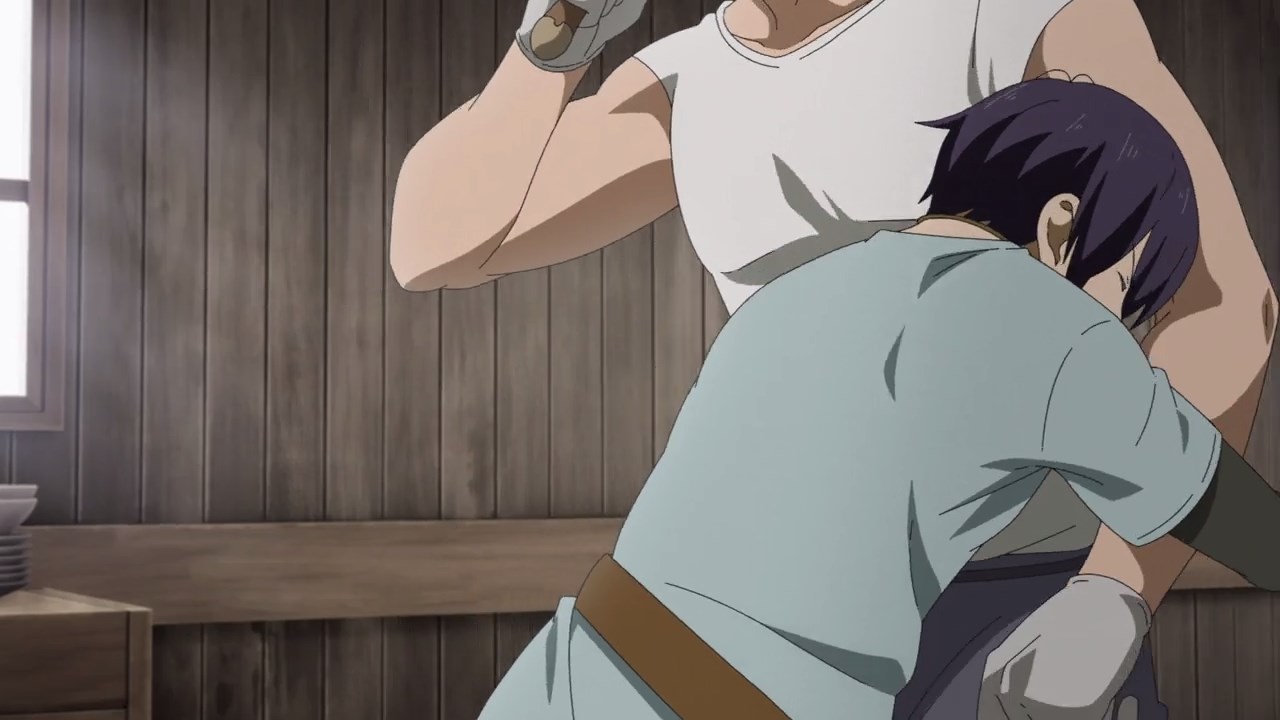 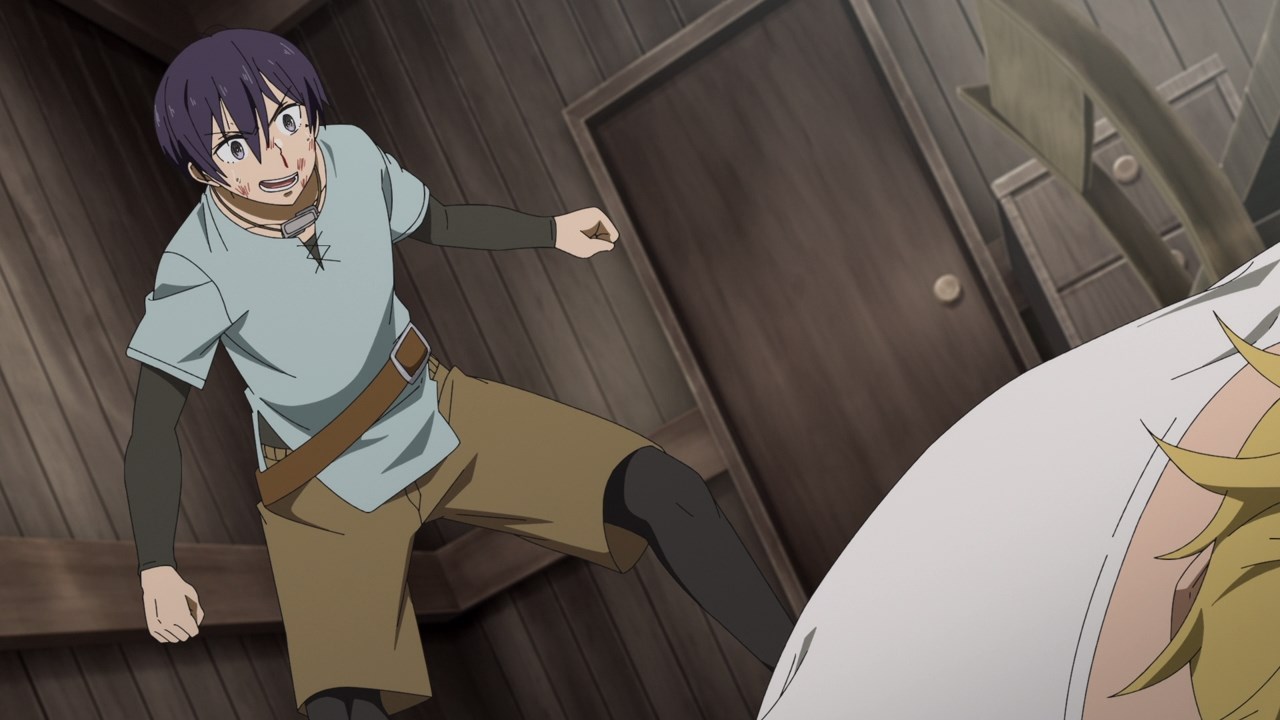 Thus, Hiro pushed Martin down as he’s set on clearing Kiwami Quest… except that there’s an accident happened when he tried to break free from Martin. 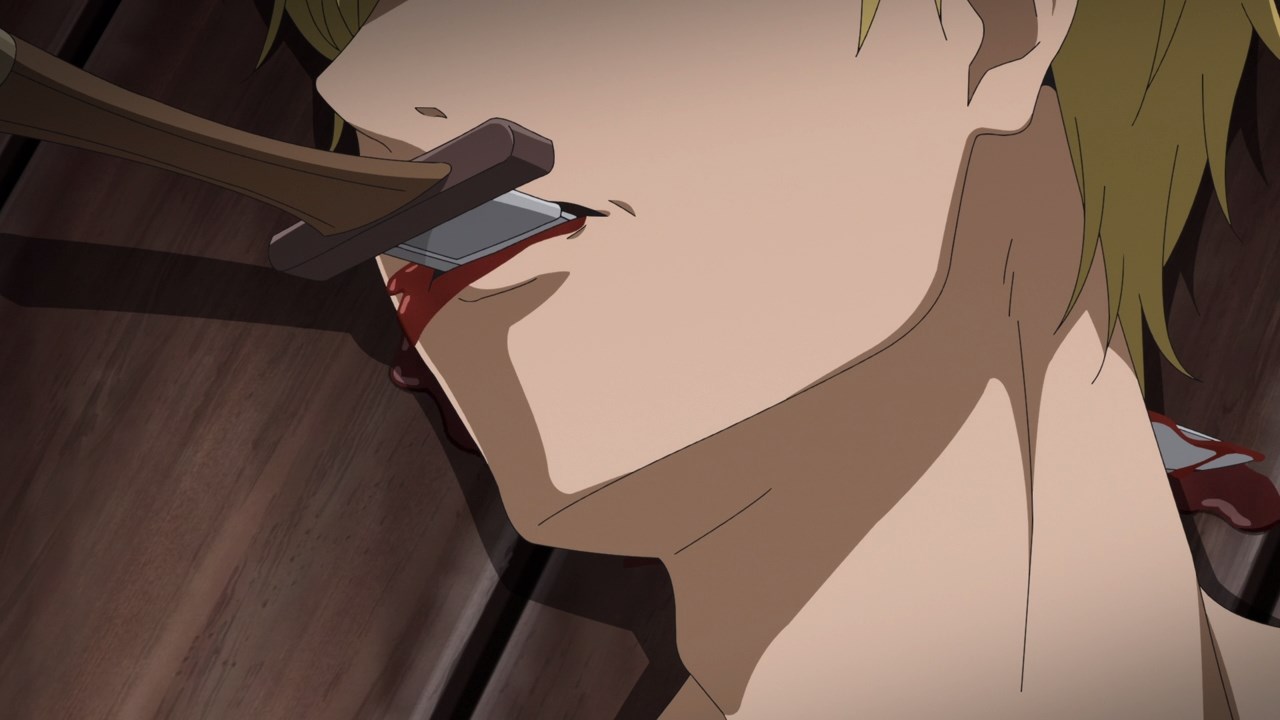 Turns out that Hiro accidentally kill Alicia’s brother by shoving a knife on his throat. Oh and if you think that this NPC will be revived? He’ll stay dead forever.

But seriously though, it’s Martin’s fault for holding a knife in which it lead to his accidental death. 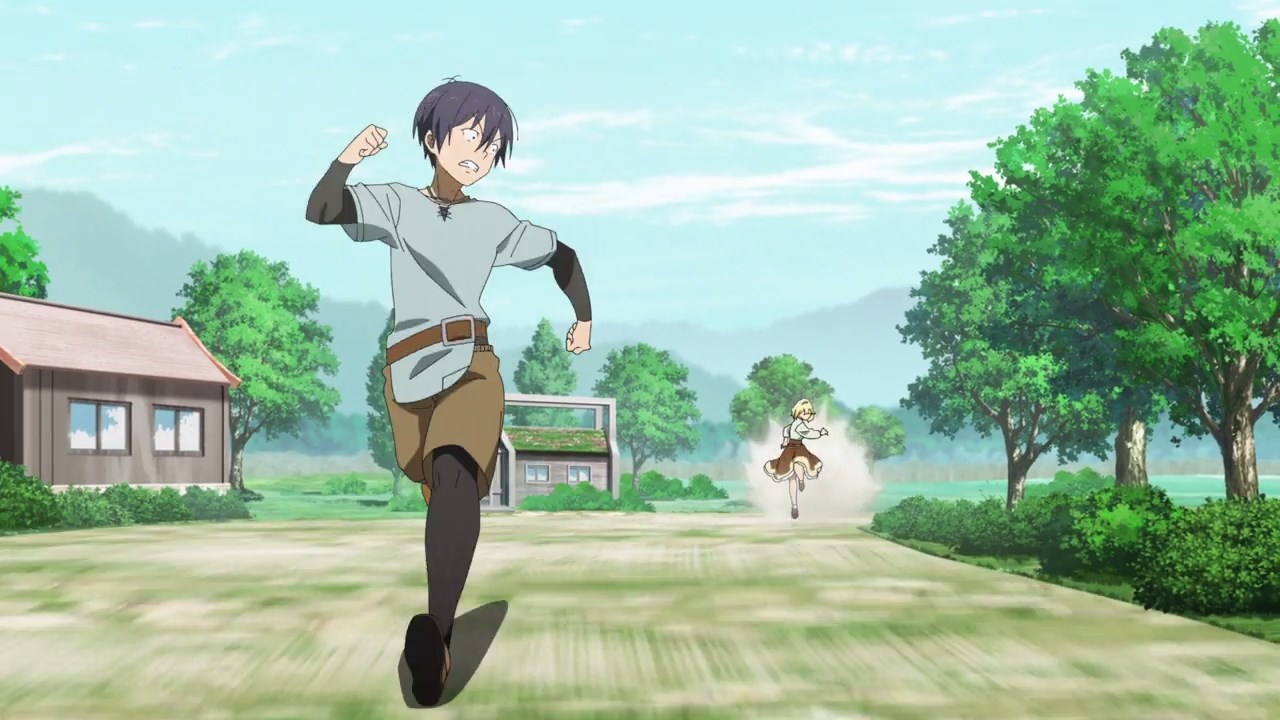 Of course, Alicia blamed Hiro for killing her brother as she’s chasing him. Not sure if Alicia is allowed to go outside town but man, what a crazy tutorial for Kiwami Quest! 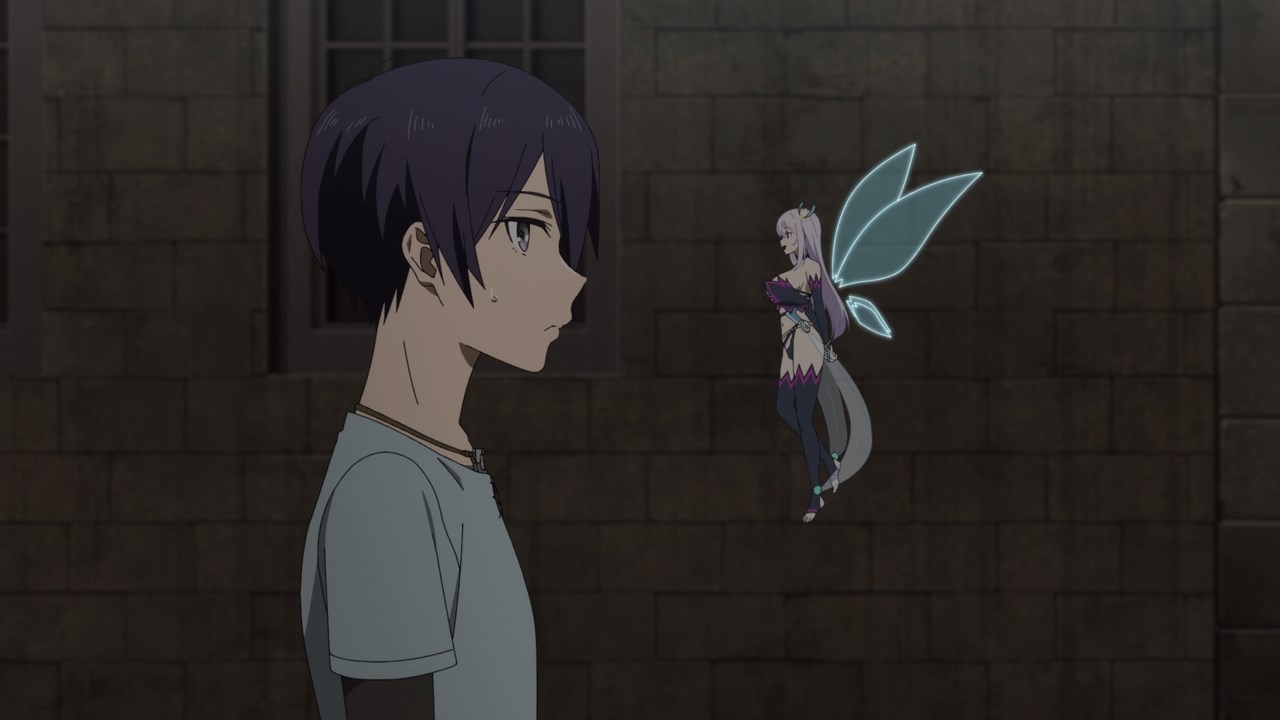 Fortunately, Hiro managed to bump into Reona who is actually a busty fairy. Now then, it’s time for the veteran player to sort things out for Hiro. 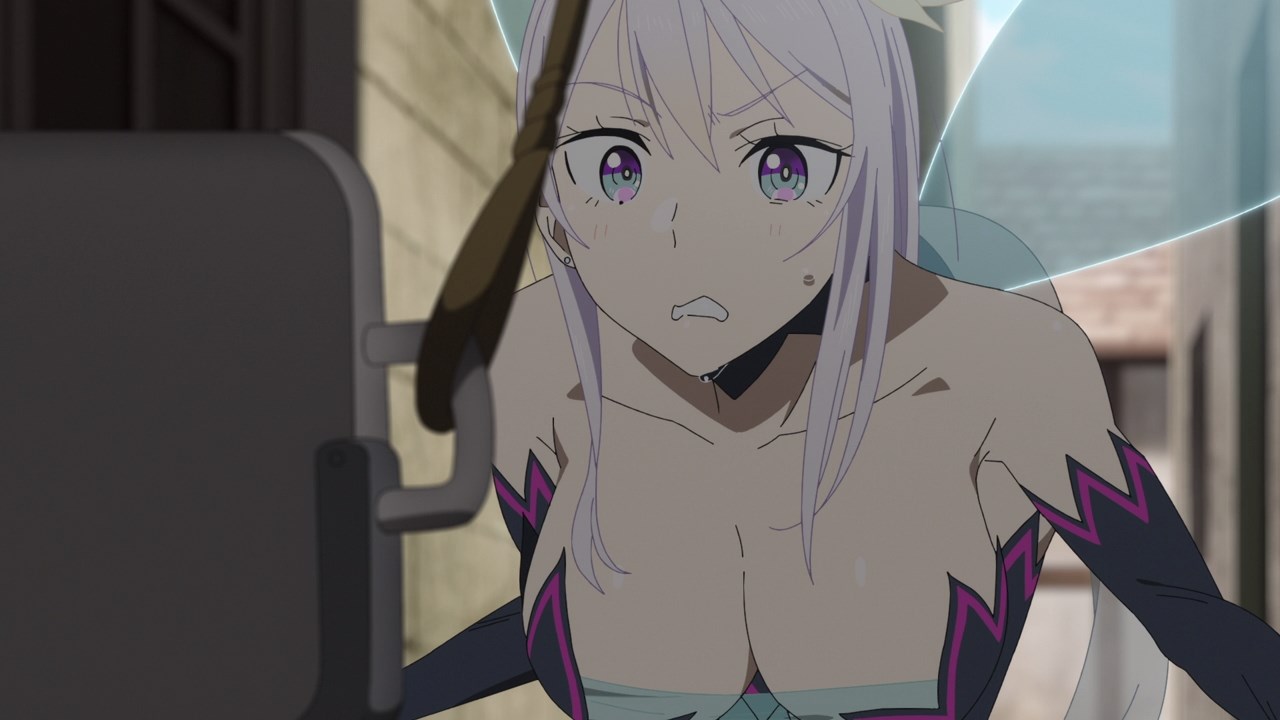 Except that Reona found out that Hiro gained a title that’s so infamous that a restarting a new adventure won’t solve it. 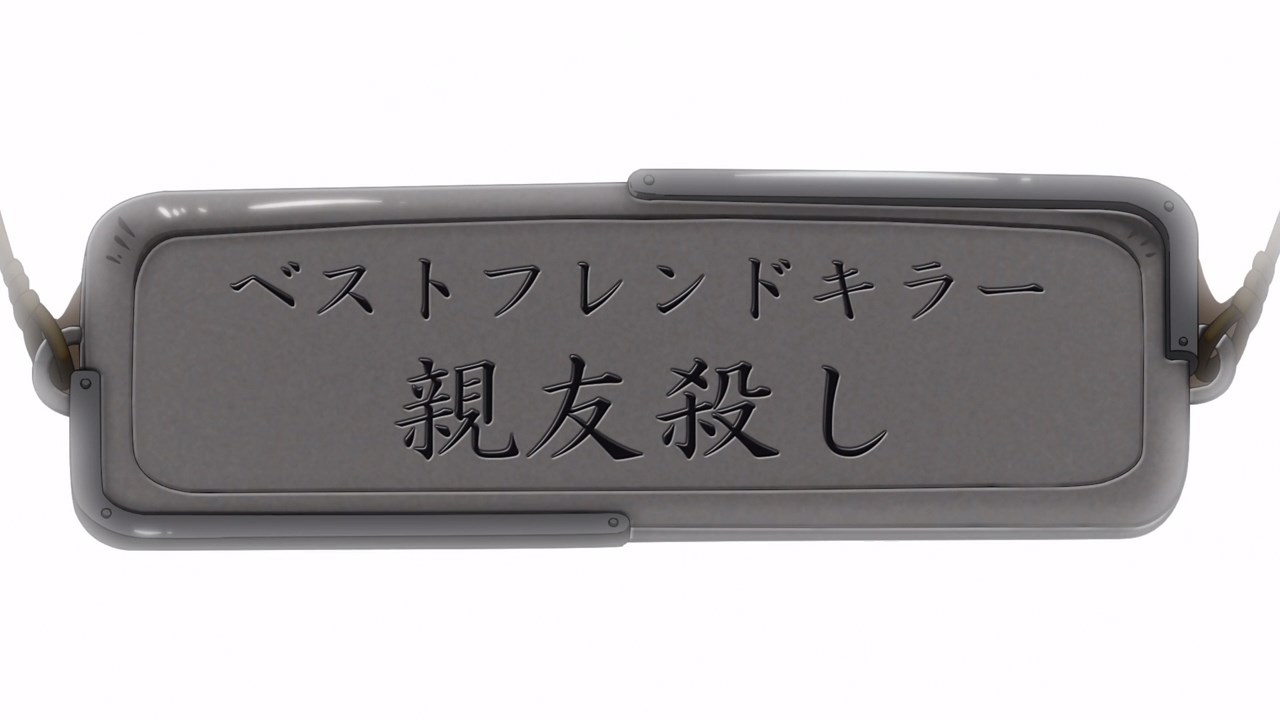 For you seem, Hiroshi Yuuki gained the title of Best Friend Killer and I have to say that things will go downhill from there as Hiro’s hellish journey will begin.

Anyways, I have to say that this show is a riot and while the first half is somewhat gloomy to watch, the 2nd half has somewhat sold me with its brand of comedy. Gotta give props to Light Tuchihi for writing the light novels ’cause it’s gonna make me laugh… I hope.

Well then, I’ll see you next time as Hiro will have to do something in order to save himself from a bad ending.