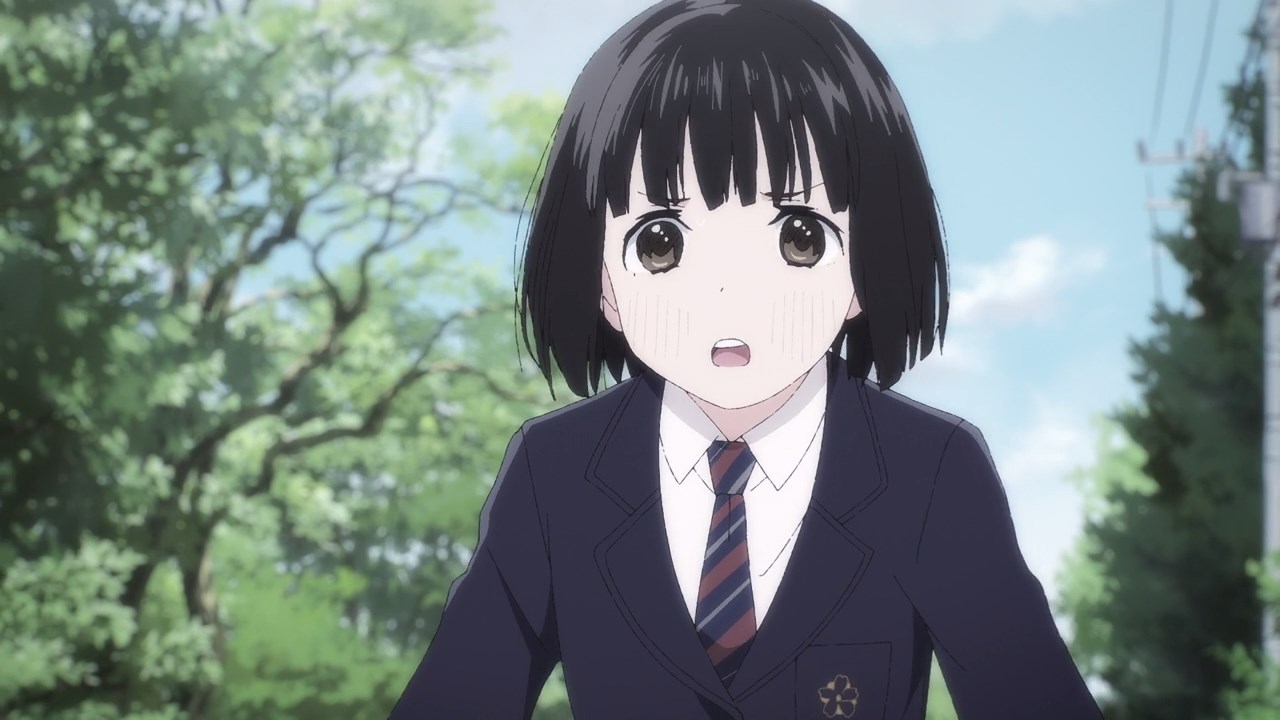 Meet Koguma, a girl who don’t have parents nor hobbies to spend time after school. Basically, she doesn’t have anything aside from riding her bicycle which is quite tiring. 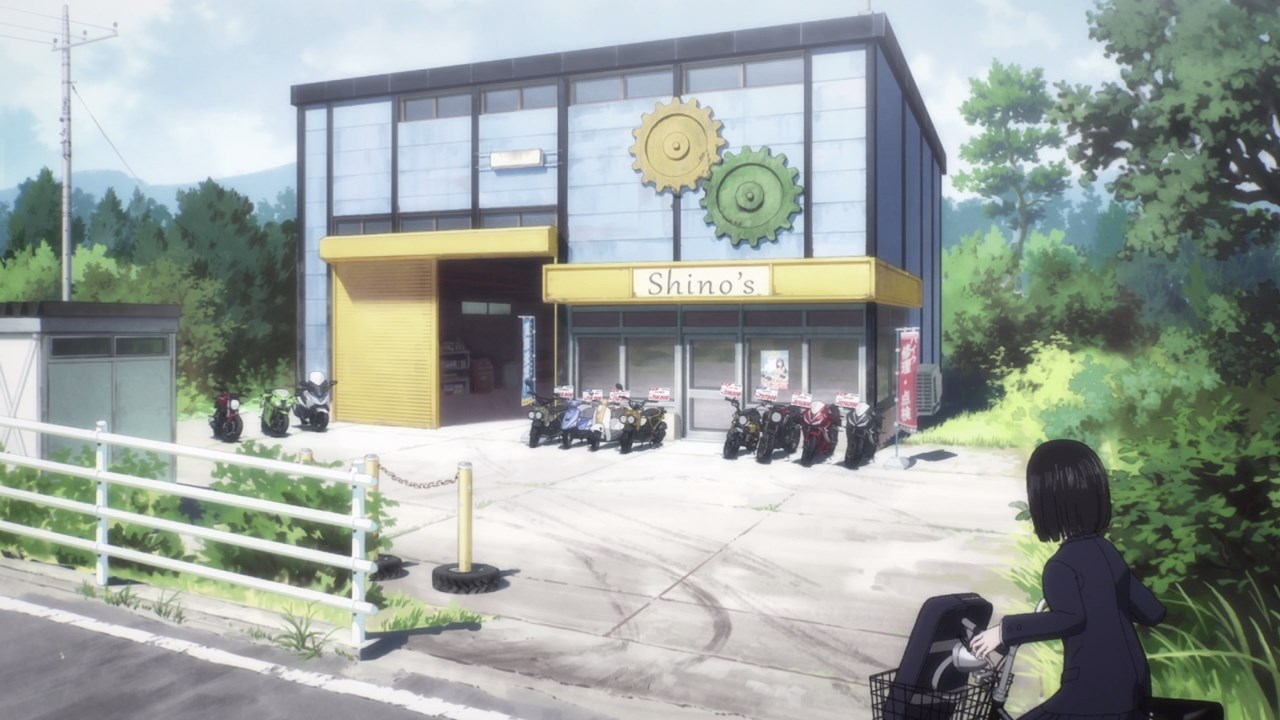 But one day, Koguma stumbled upon a motorcycle dealer shop where it sells scooters made by Honda, although she doesn’t have enough money to buy one. 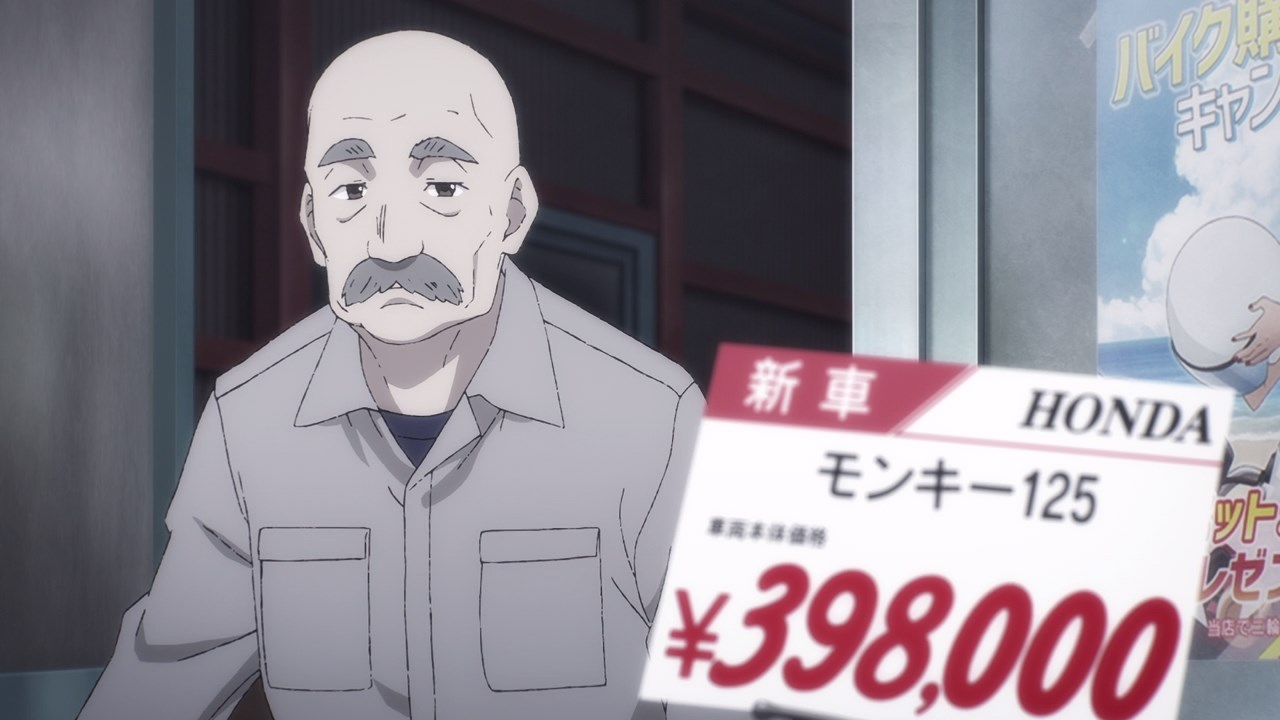 Anyways, here’s Shino-san where he can offer a scooter for just 10,000 yen, perfect for a girl who don’t have cash to spend other than necessary goods.

Why the cheap price? Because a few people died while riding it. Then again, it could be that those accidents happened in the past and it won’t occur in the present. 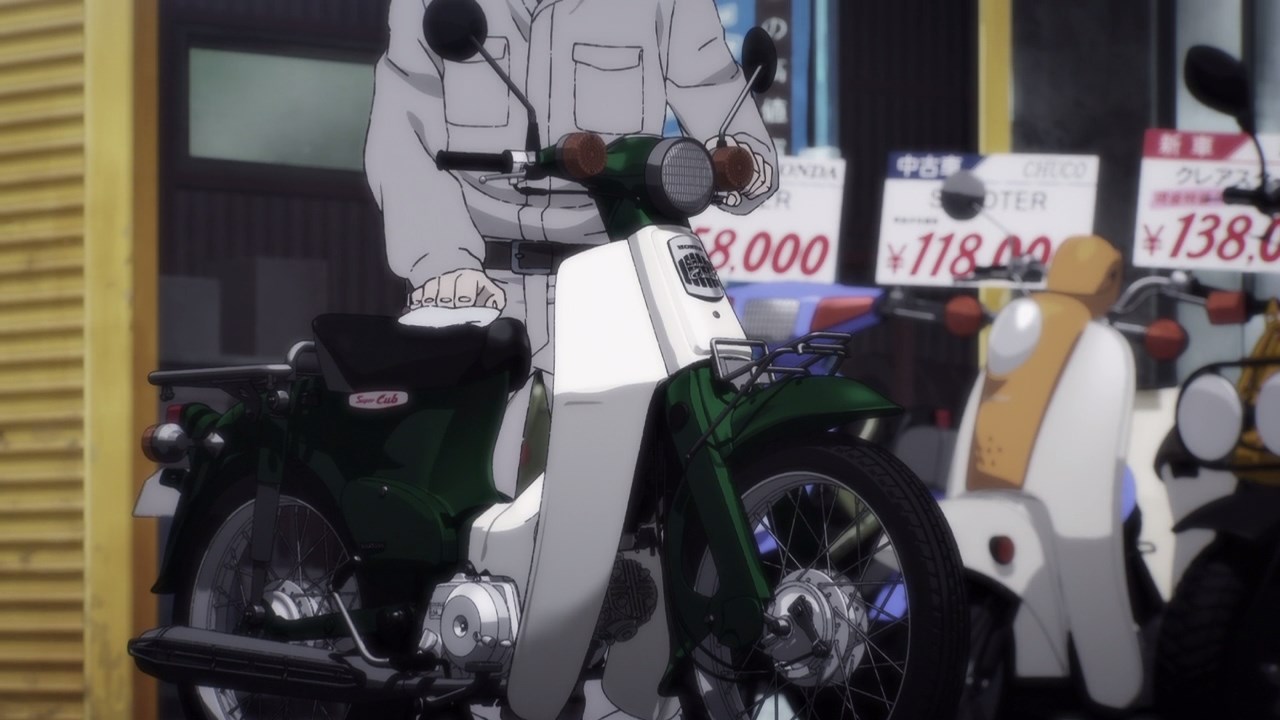 In any case, Shino-san brought a Honda Super Cub which he refurbish it during his spare time. Gotta say that this nicest scooter doesn’t kill people. 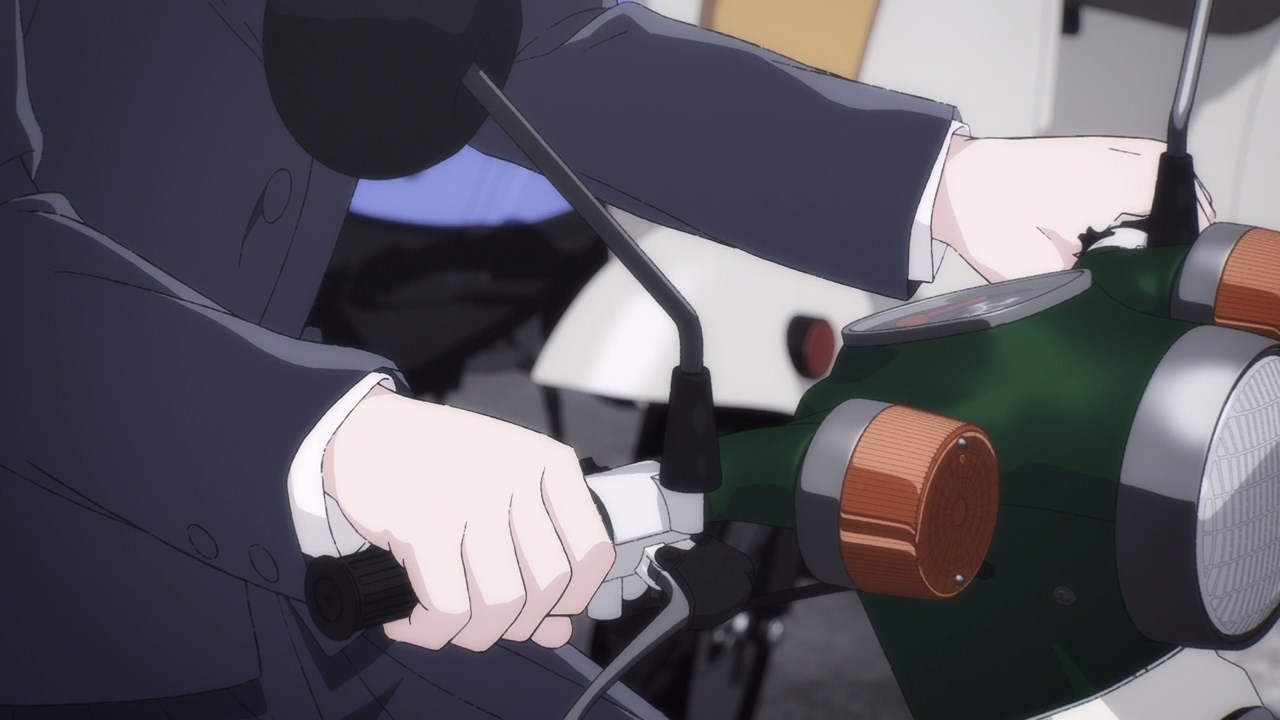 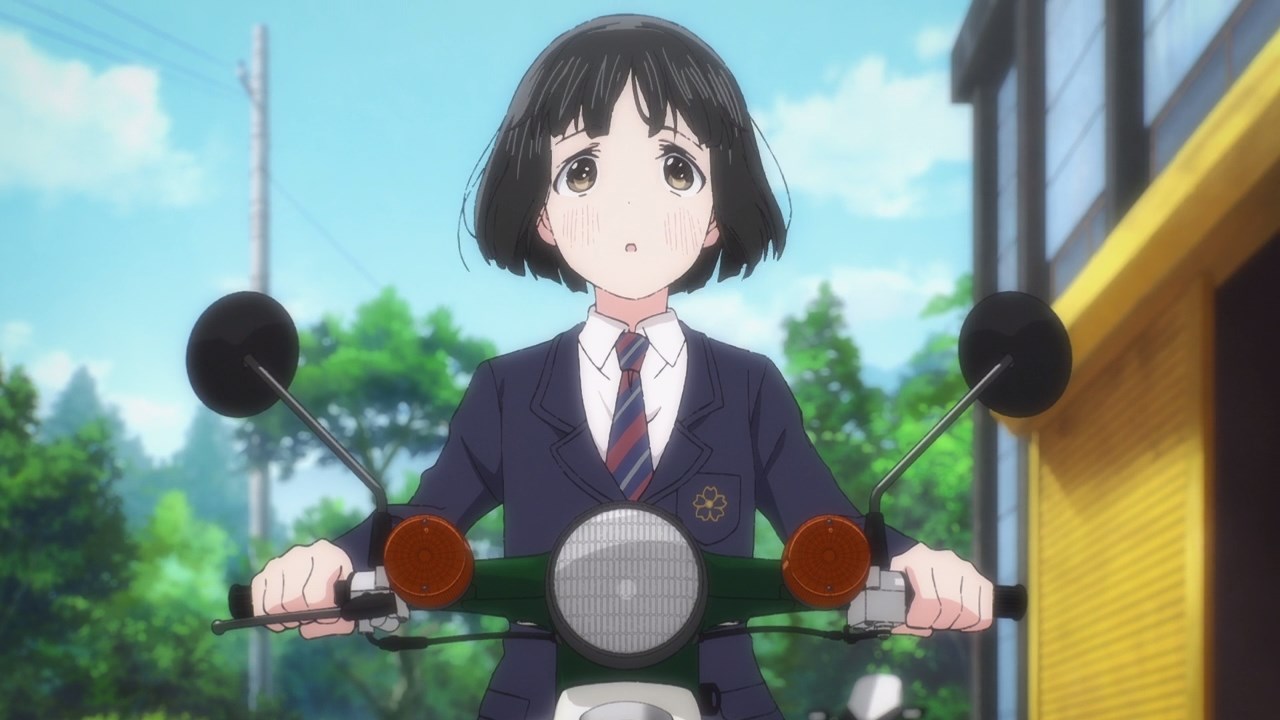 But once Koguma ride on the Super Cub, her world has changed where she can finally see vivid colors. Looks like Koguma found something that she really want to pour her heart in. 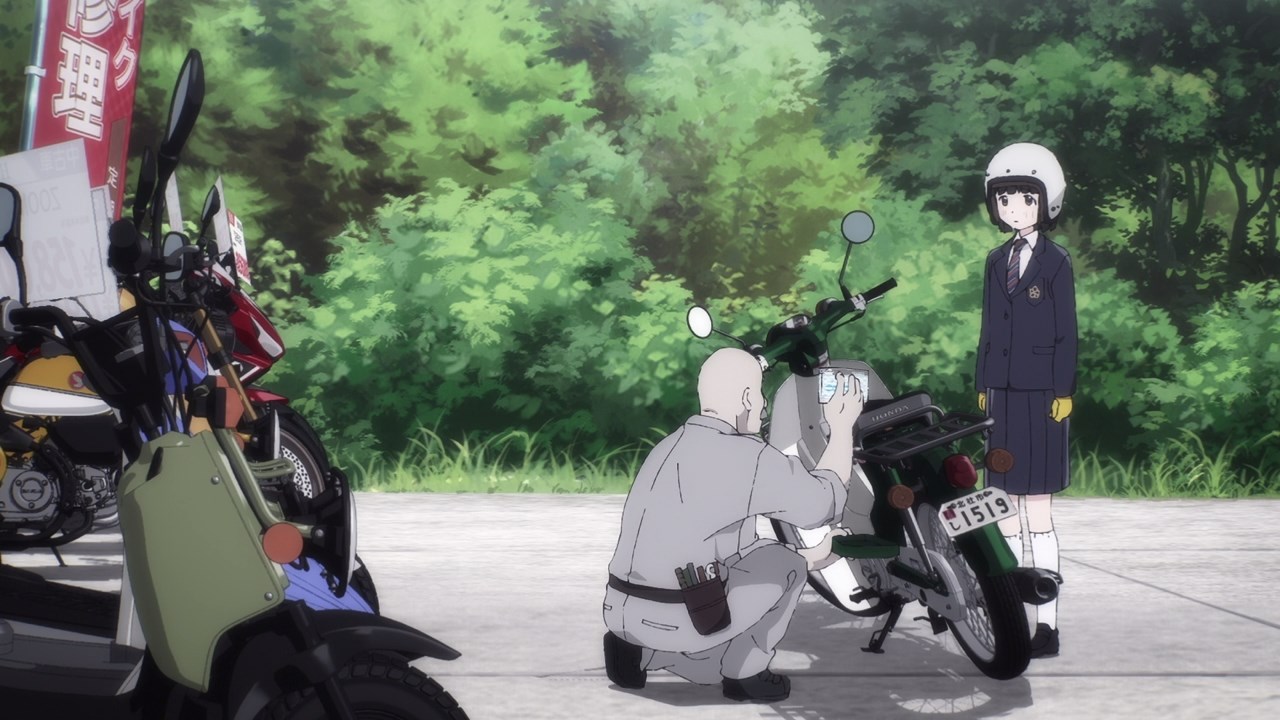 Of course, she needs to get a license first before riding a scooter. Oh, and let’s not forget about reading the manual in case Koguma encountered various problems along the way. 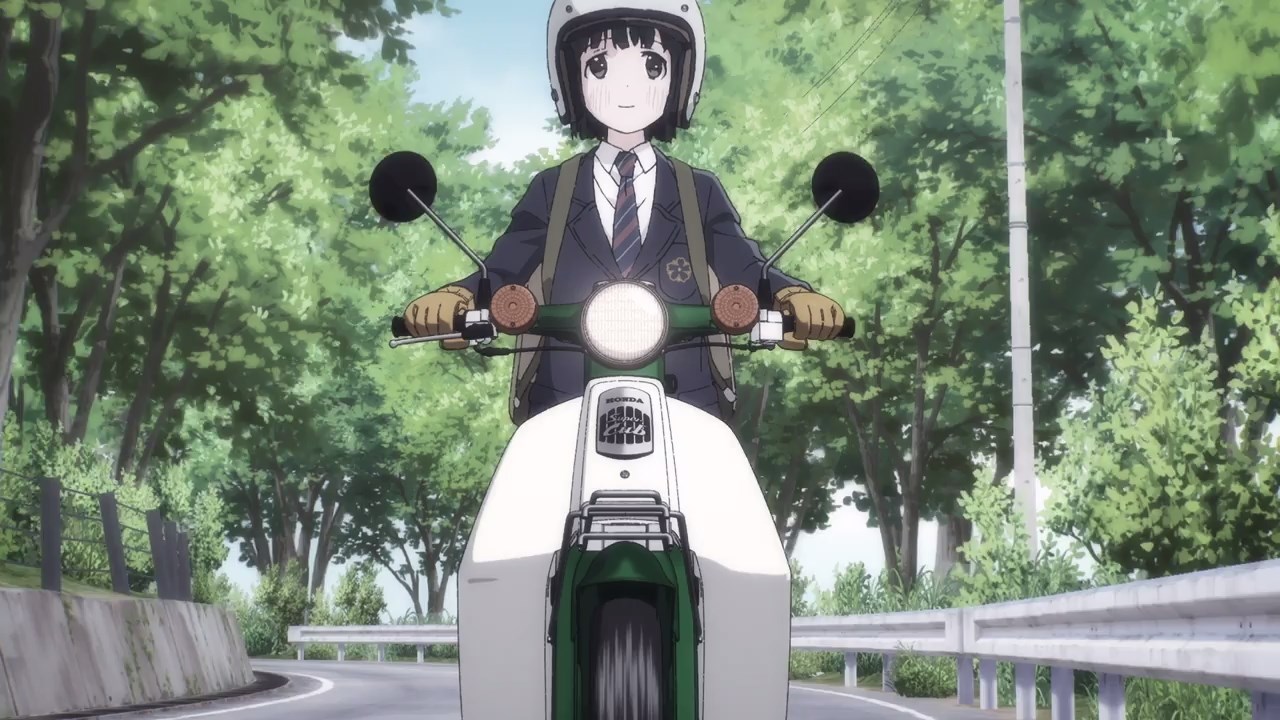 With that said, Koguma is now riding a Honda Super Cup and I have to say that this is a comfy slice-of-life anime series, despite the fact that it’s based on a Sneaker Bunko novel rather than a manga from Manga Time Kirara.

Now then, I can’t wait for the next episode because the scooter has opened Koguma’s world. Heck, she might even meet some of the nicest people around.