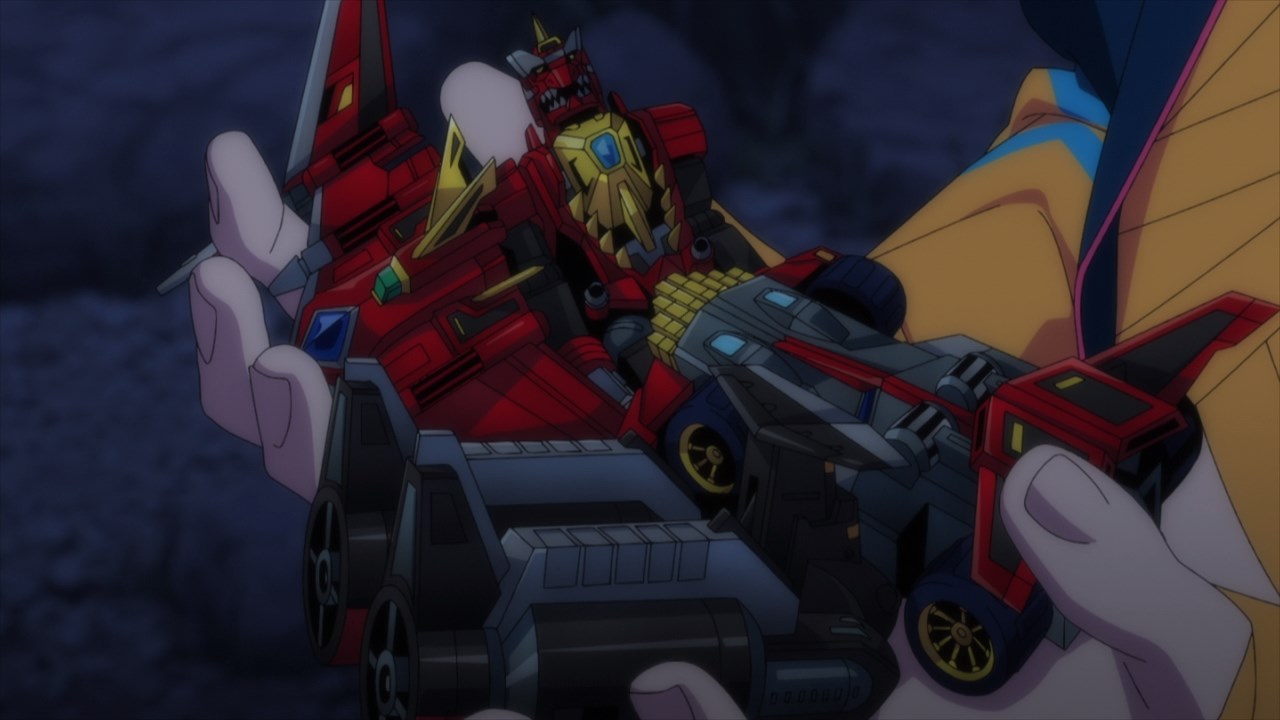 Well look what we have here, it looks like Dynazenon has not only separated into 4 machines, but they got shrunk which they look like toys.

Then again, I’m curious if Good Smile Company or Takara Tomy made those toys ’cause they look awesome? 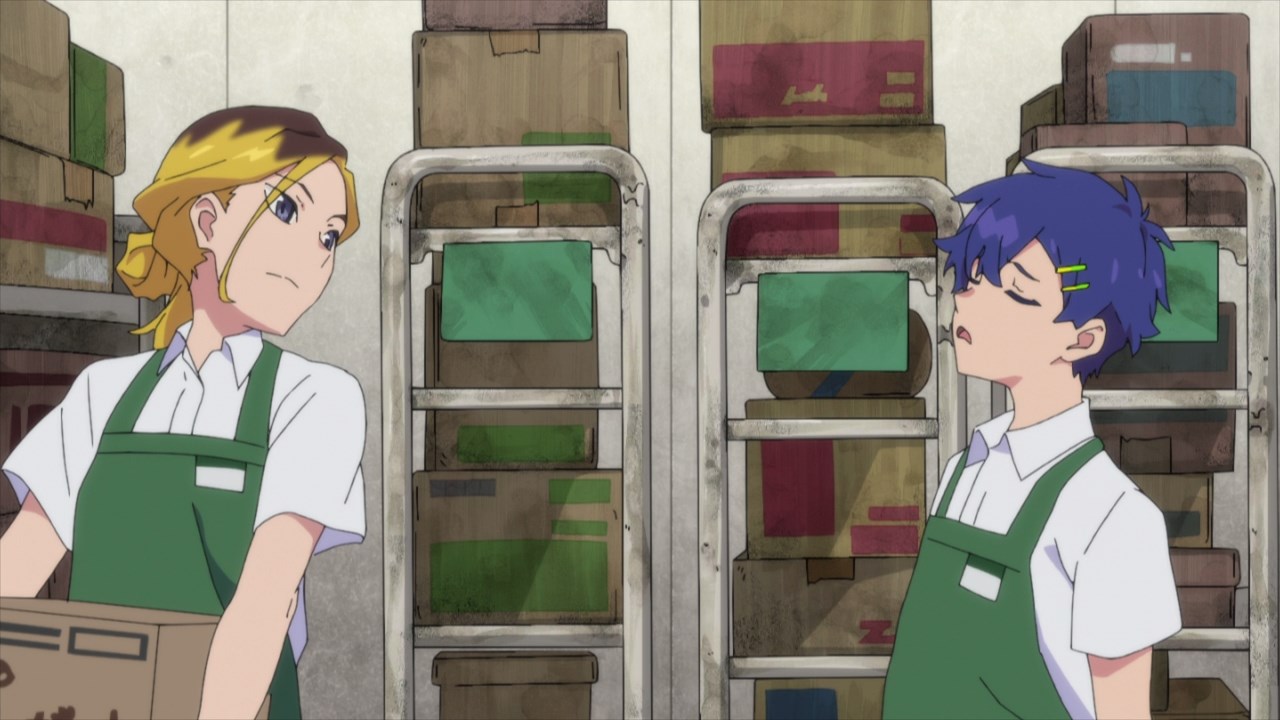 For now, life returns to normal as Yomogi Asanaka goes back to his usual routine of working part-time. Then again, it’s not like he’ll be stuck doing meager tasks forever. 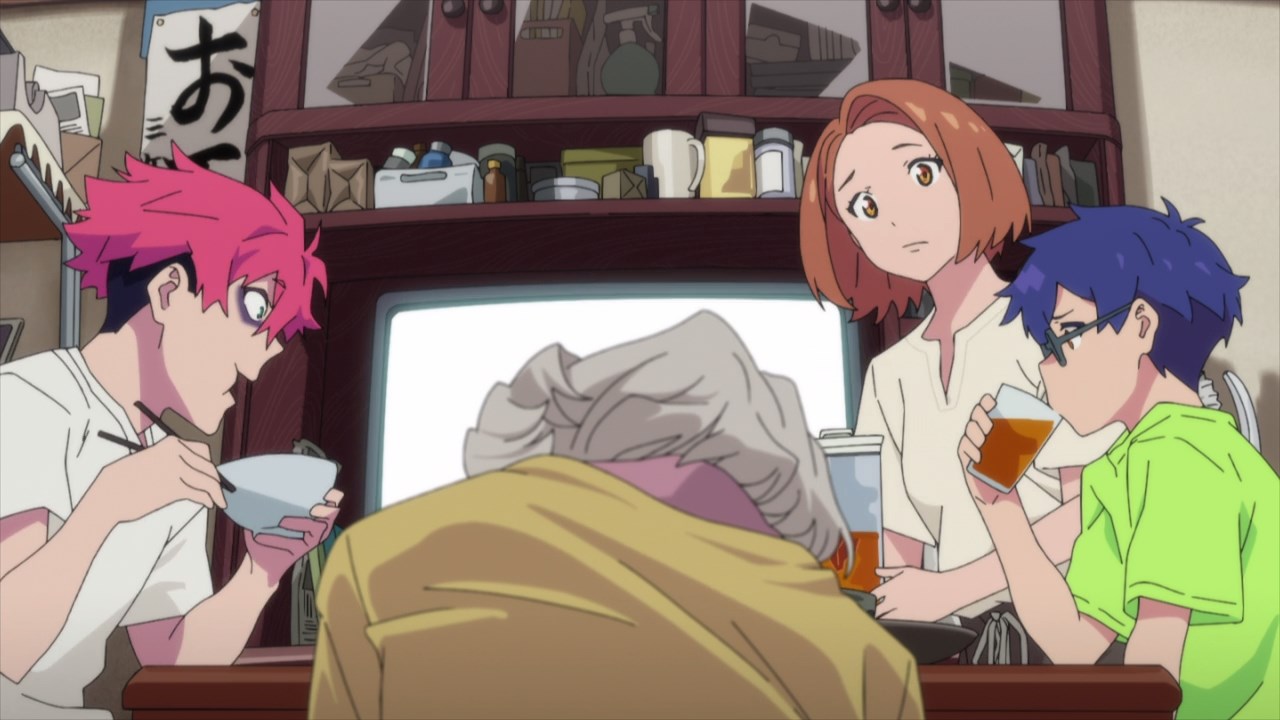 You see, Gauma decides to stay at the Asanaka residence even though Yomogi, despite looking cute wearing glasses, opposes it.

Of course, Gauma wants Yomogi to pilot the robot because there’s no other choice. Heck, not even the government can’t do anything to stop the kaiju menace. 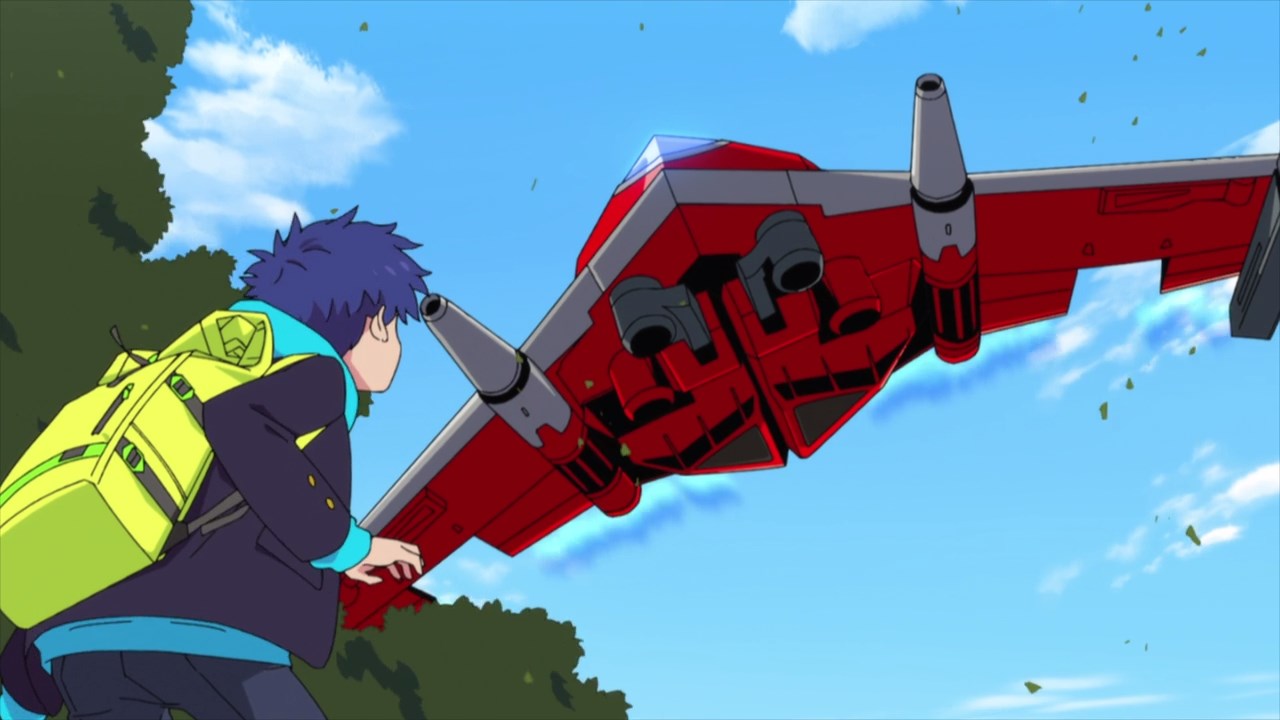 Meanwhile, here’s Yume Minami where she manage to pilot the Dyna Wing, although Yume doesn’t want to get involve in fighting kaijus at first. 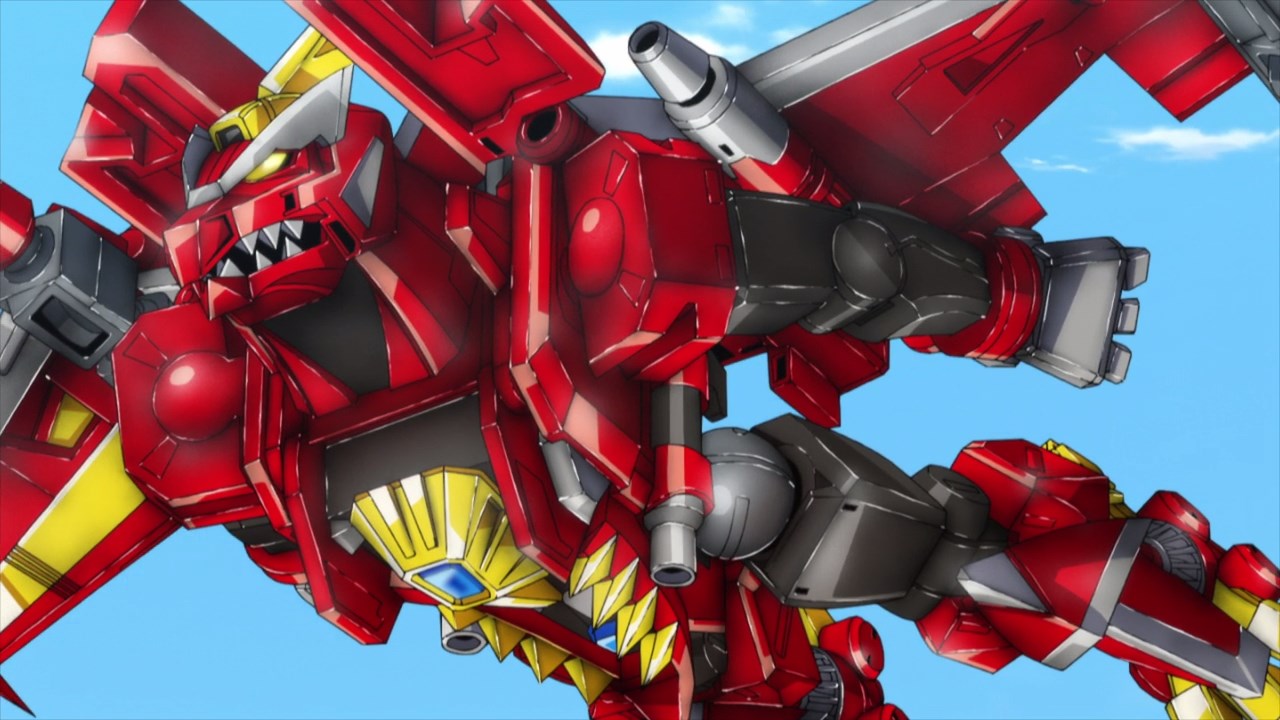 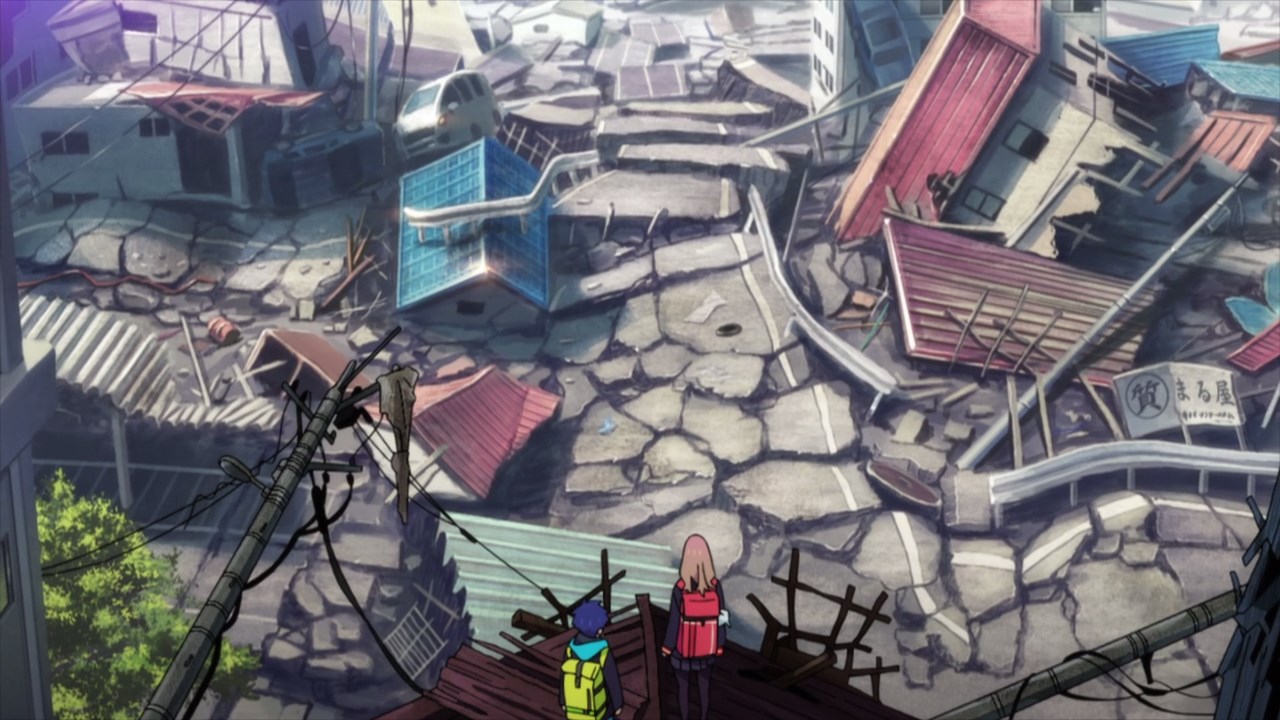 So once they arrive at the disaster site, Yume Minami revealed some of her secrets where she Yomogi Asanaka that her big sister died in an accident a few years ago. However, she has no fond memories of her sister as they don’t get along pretty well.

While it’s nice that Yume wants to share her trauma to Yomogi, although I’m still puzzled on why she’s notorious on breaking promises to various boys. 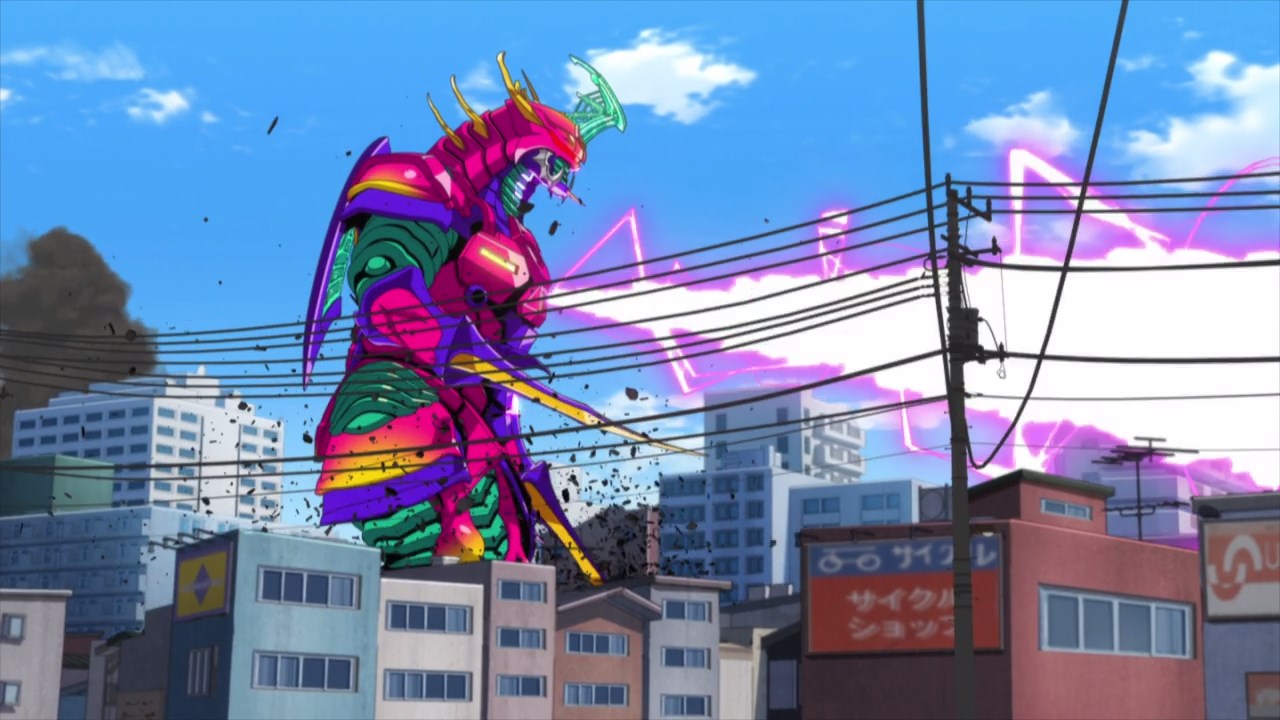 Now then, looks like the city is under attack by another kaiju named Greyjhom and the only way to stop it is to bring Dynazenon. 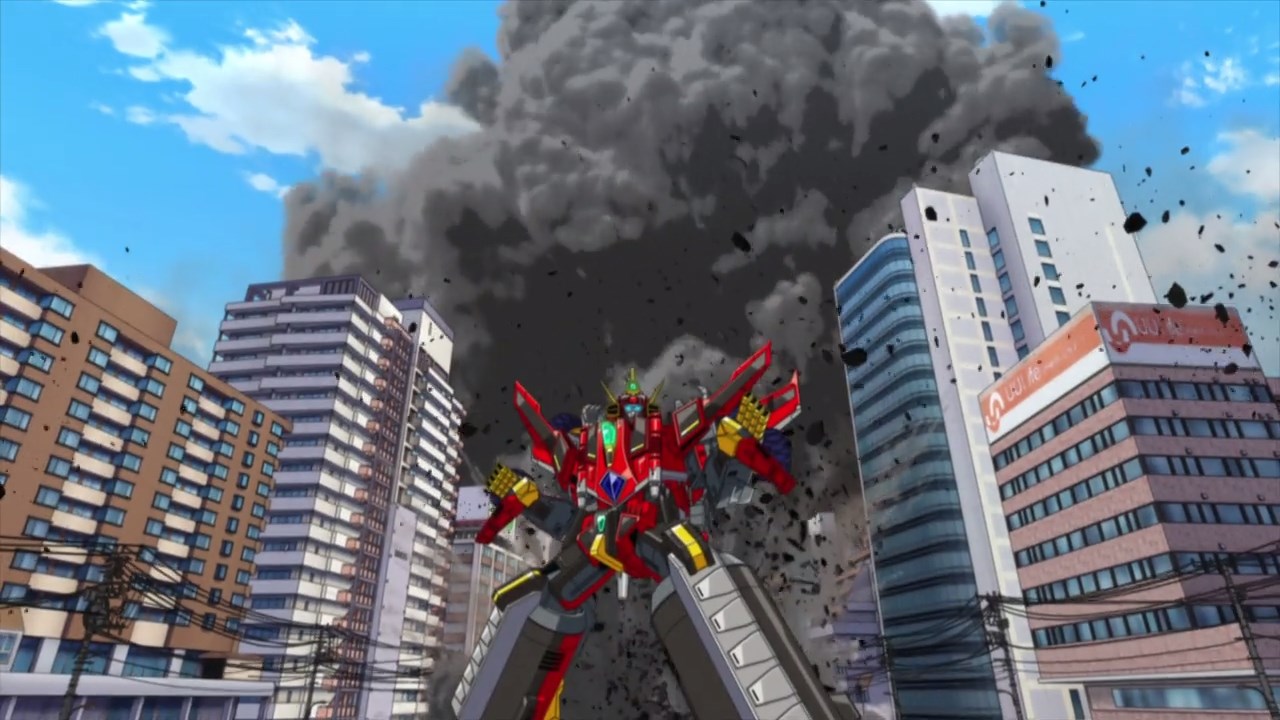 Fortunately, Dynazenon has arrived in style as Gauma and his allies will defeat the kaiju in under a minute. 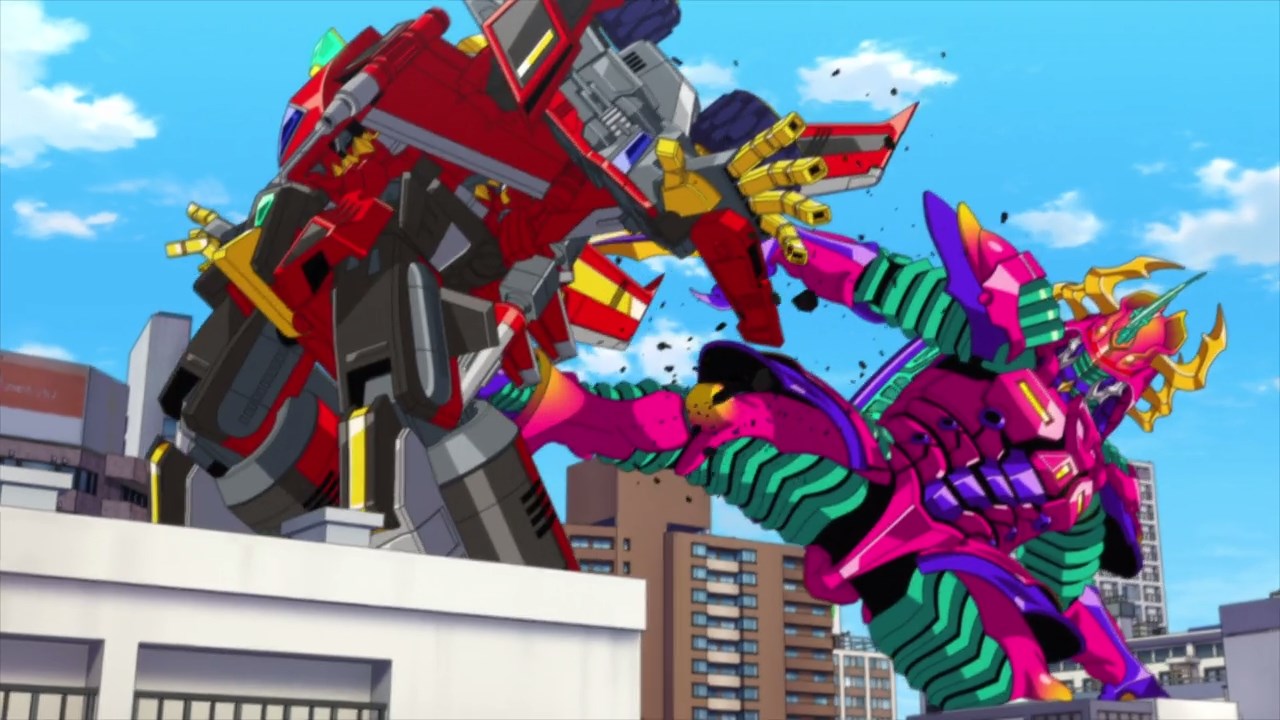 Then again, Greyjhom already made its first attack at Dynazenon. I have a feeling that this week’s monster is quite nimble compared to Shalbandes, the first kaiju that they encountered. 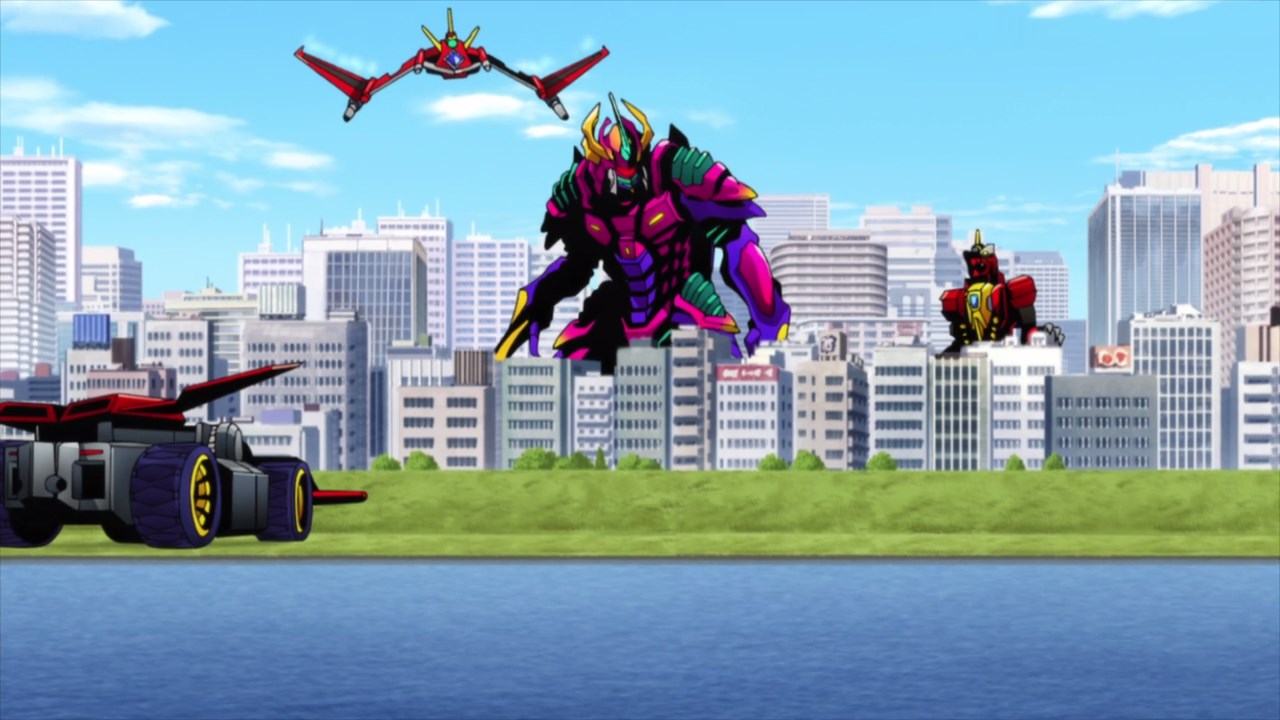 Well then, looks like Gauma and his allies will have to split themselves up and attack at all angles.

While it’s a nice strategy, there’s one person who haven’t learn the basics of piloting a mecha. 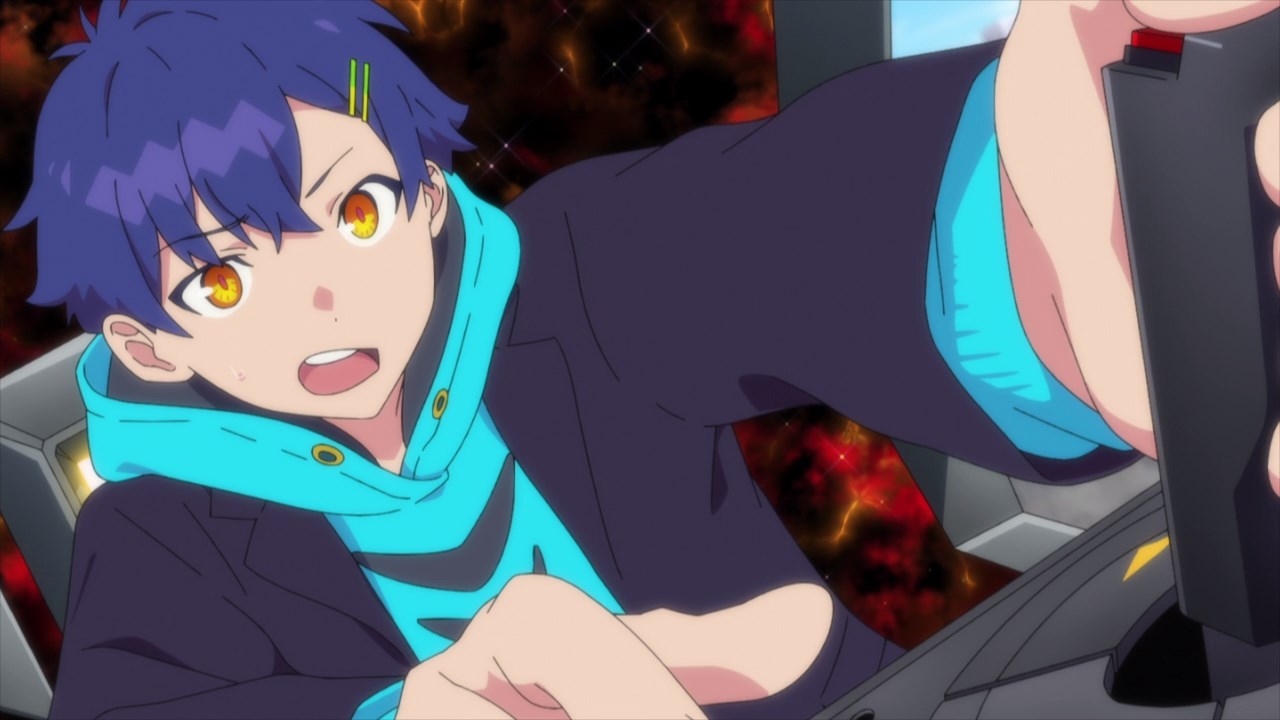 Turns out that it’s none other than Yomogi Asanaka where he spends his time on his part-time job rather than learning some basic piloting skills. 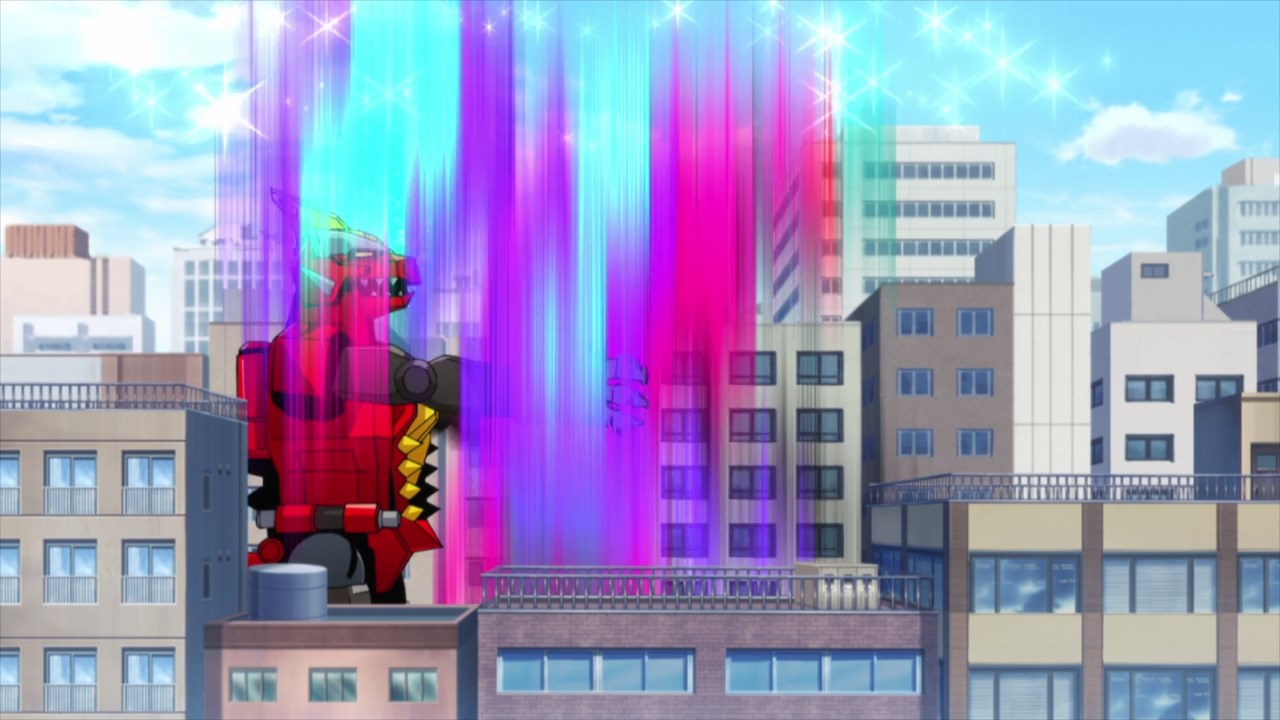 Oh and it gets worse as Greyjhom can teleport, meaning that fighting it would prove to be difficult. Looks like Yomogi needs to learn how to pilot a mecha on the fly. 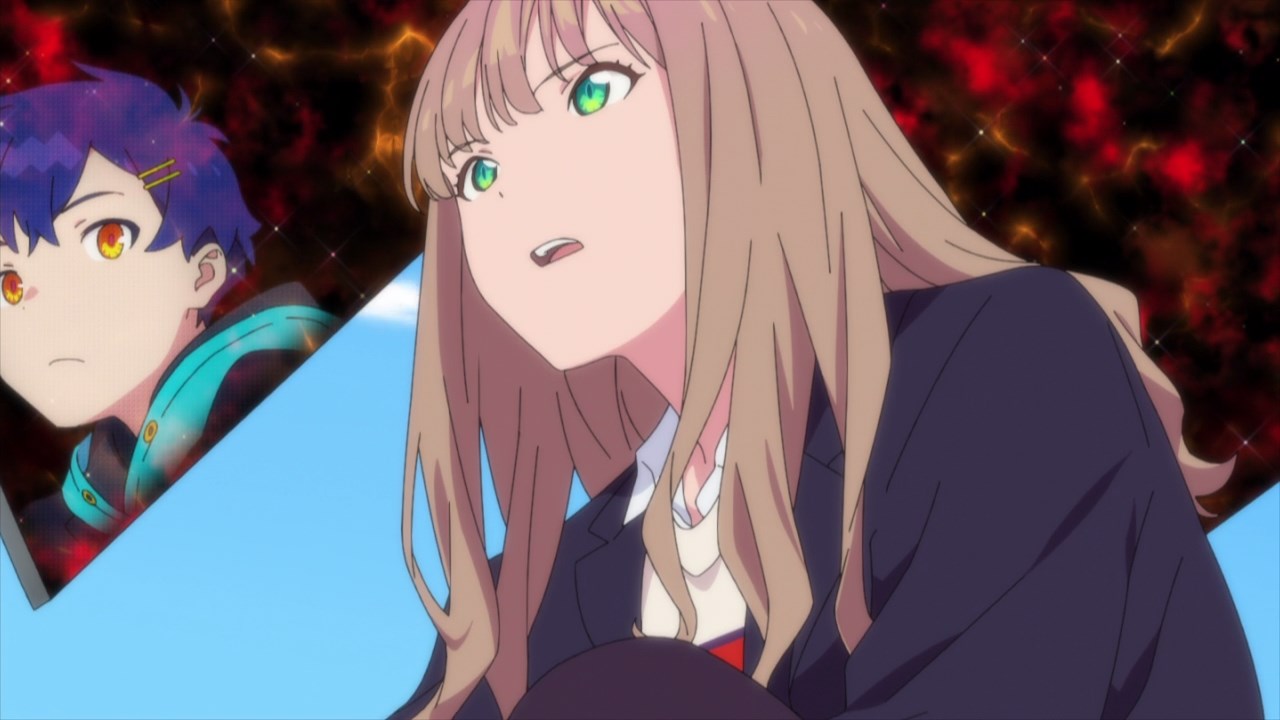 Speaking of flight, Yume Minami had an idea in which she’ll combine her Dyna Jet with Asanaka’s Dyna Soldier.

Then again, I wonder if her plan will work since Yomogi is still a newbie? 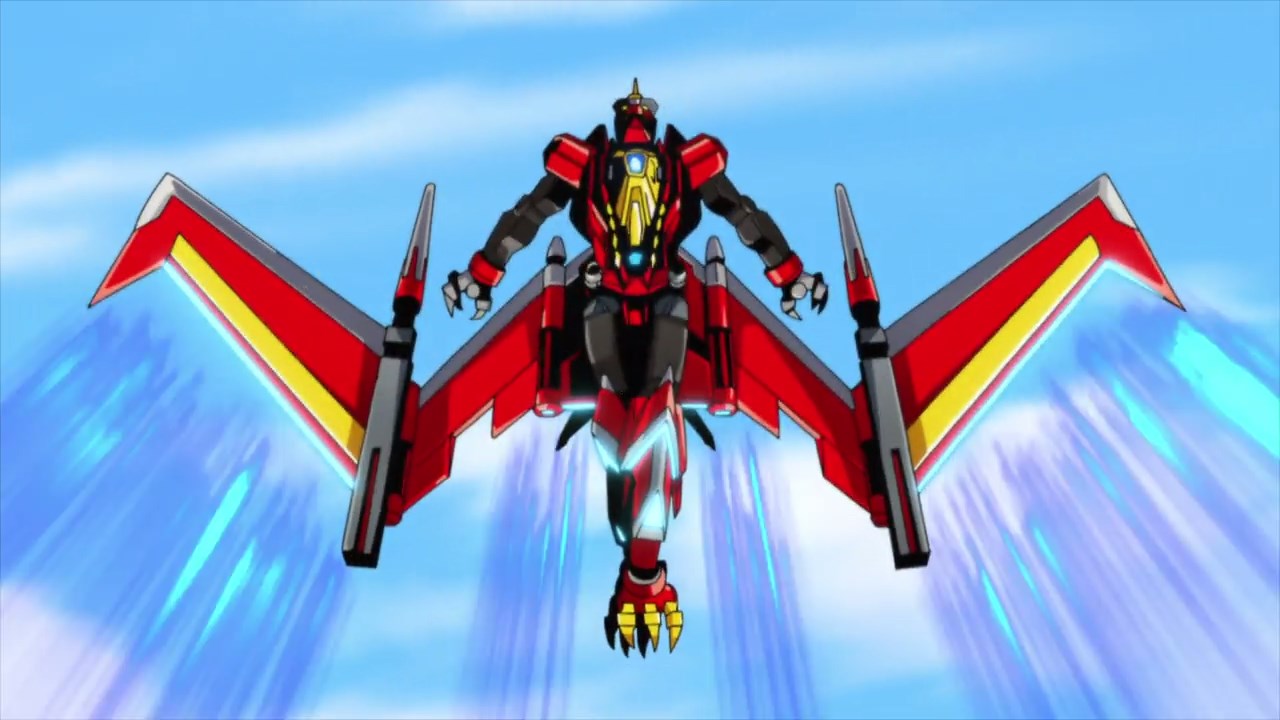 Anyways, both Yume and Yomogi combined their machines into Dyna Soldier Wing. While it’s nice to see this combination, they should worry about civilians getting hurt. 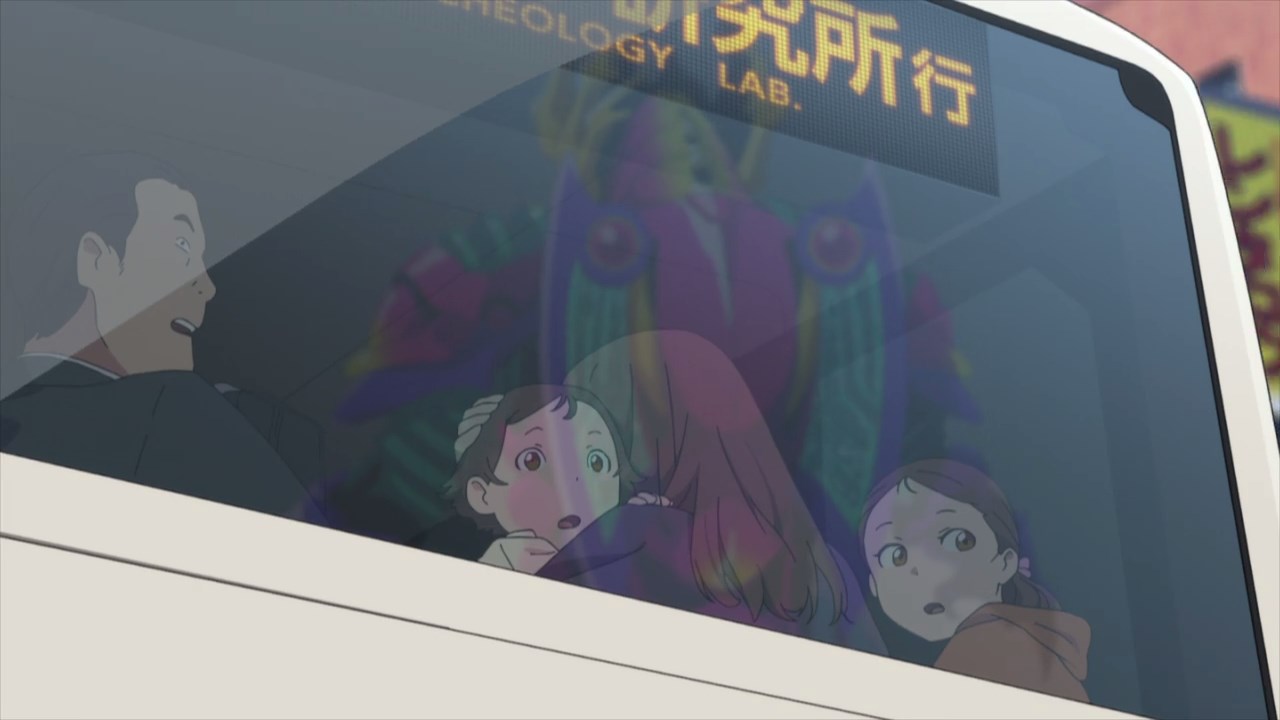 In fact, a bus full of people are inside the combat zone. Looks like Asanaka and Minami will have to take the kaiju away from civilians. 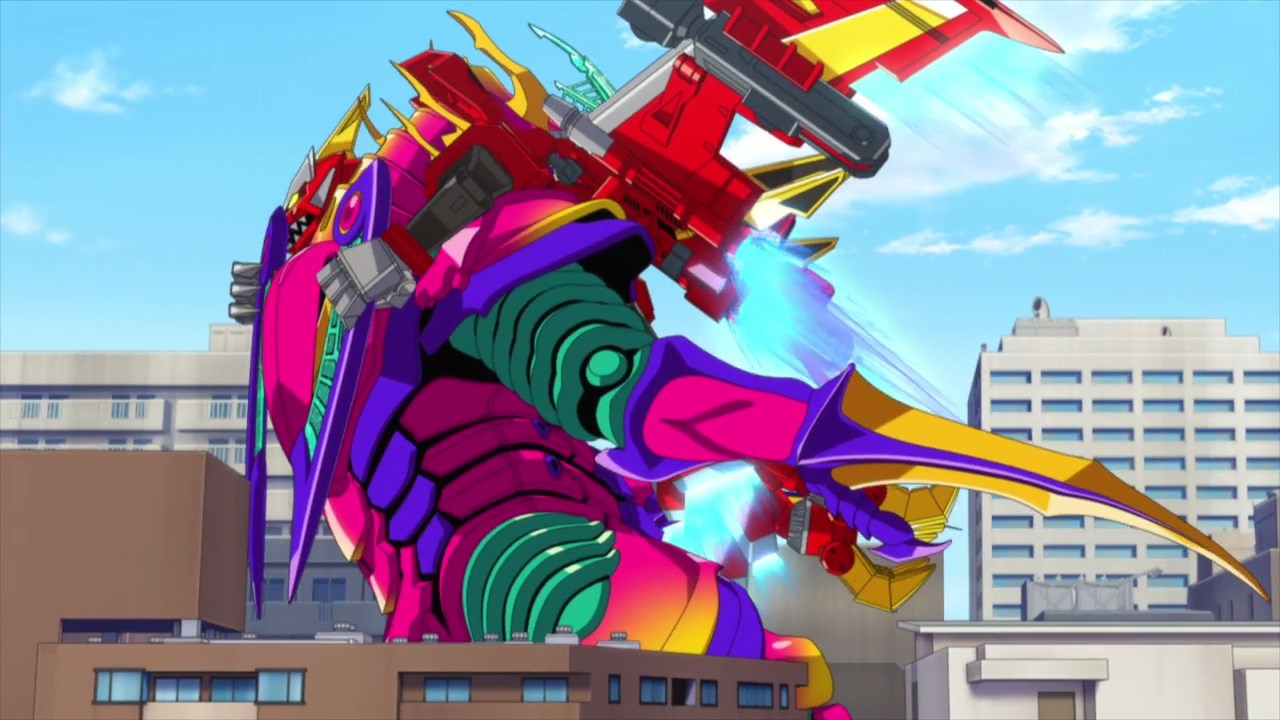 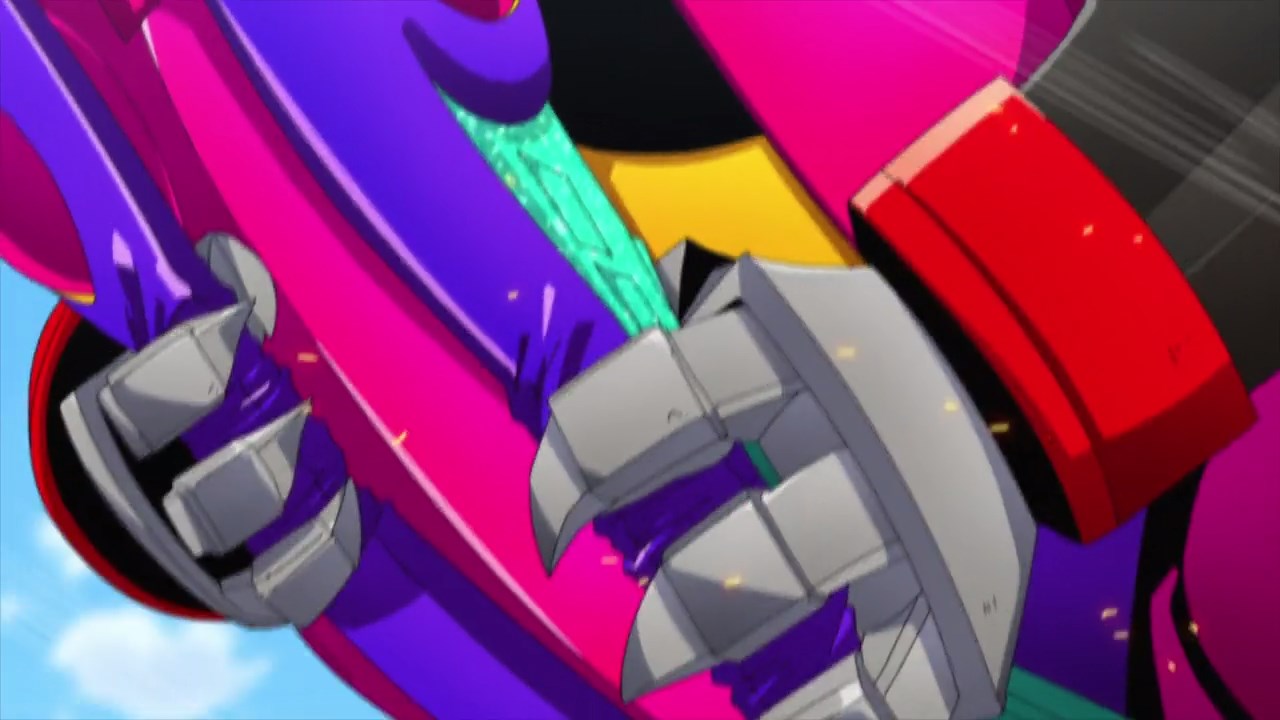 Fortunately, Dyna Soldier Wing Combine can carry Greyjhom easily, not to mention breaking its wing which it can no longer teleport. 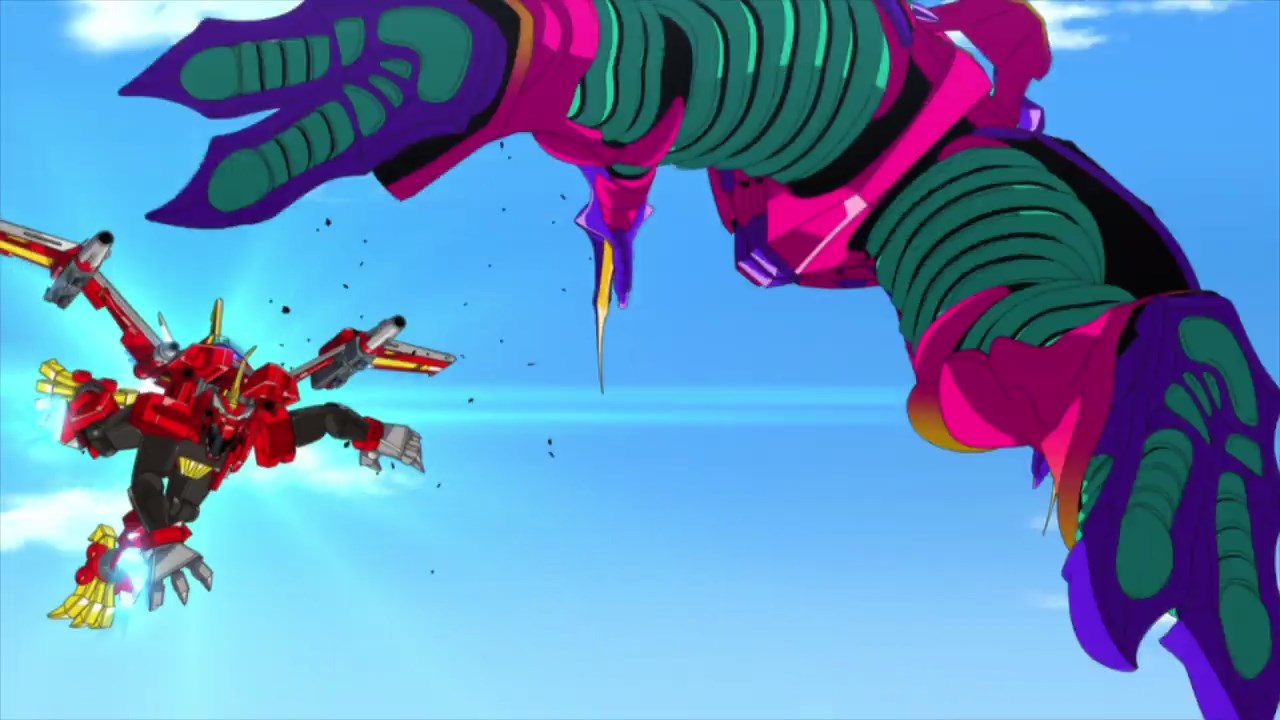 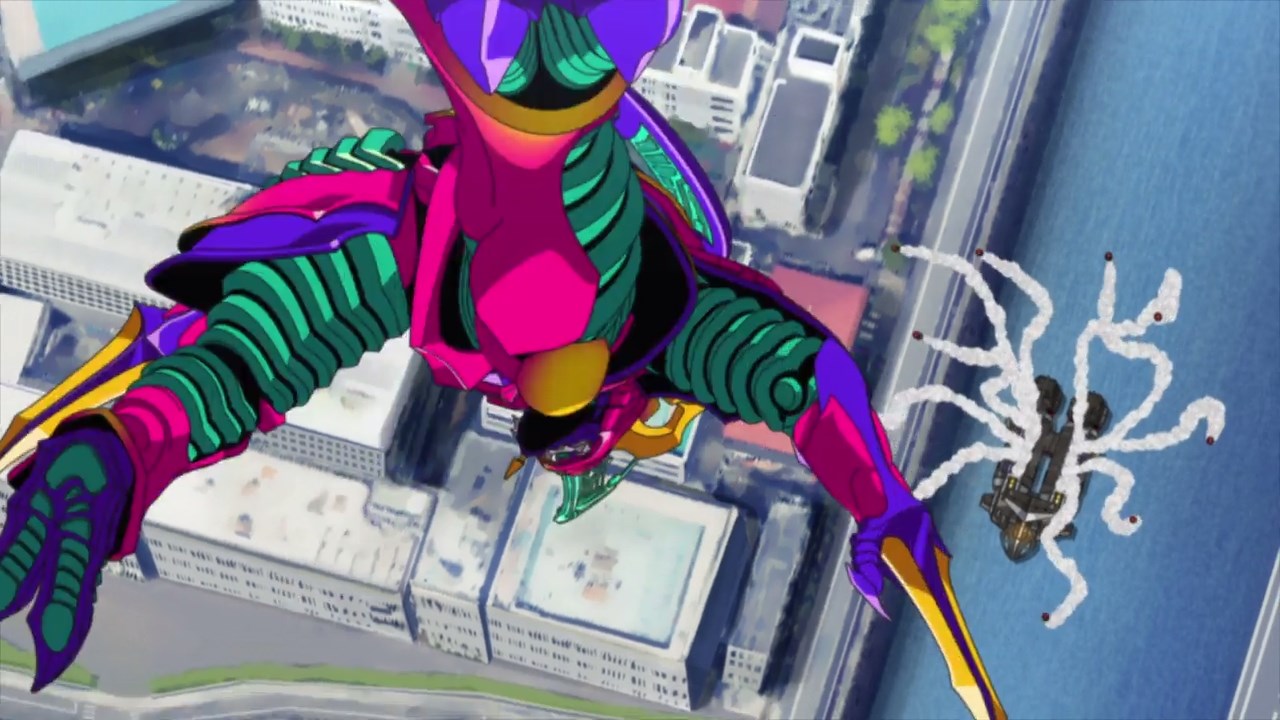 Now that Yomogi and Yume crushed its wings, it’s time to throw the kaiju towards Gauma where he already launch a salvo of missiles from the Dyna Diver. 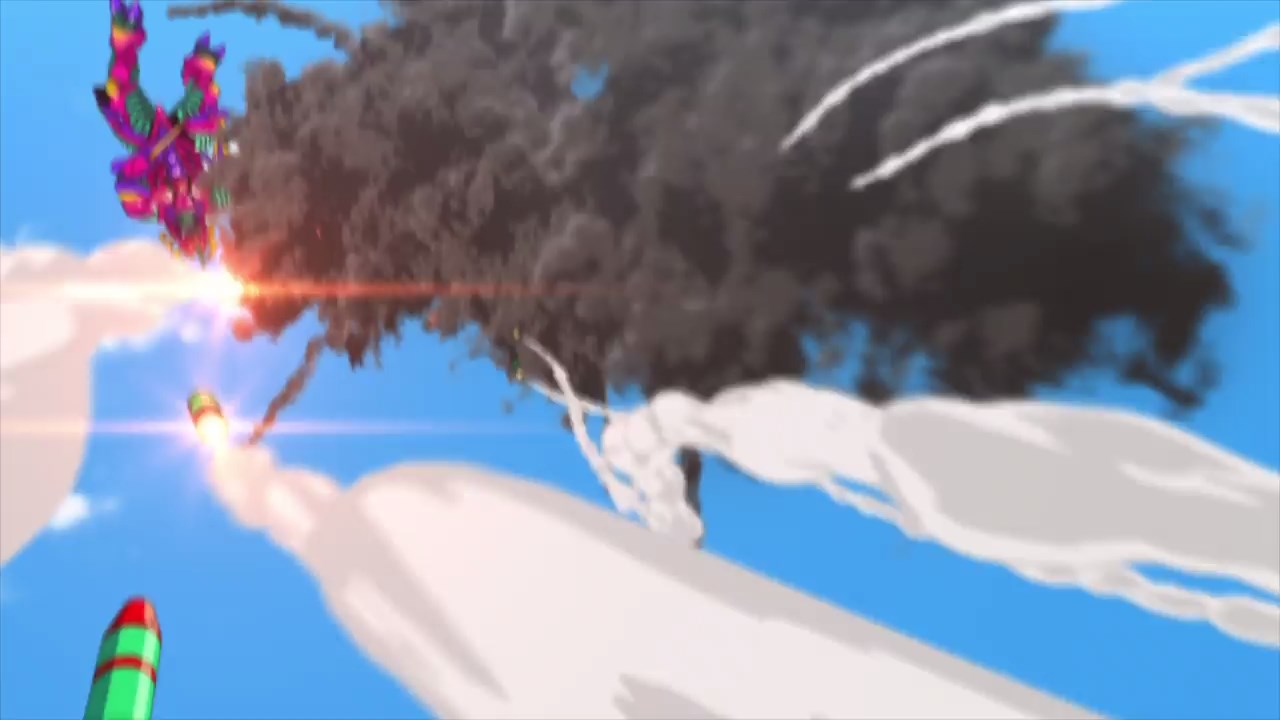 With that said, Greyjhom is history thanks to Gauma and his allies, although it would be a disaster had Yomogi Asanaka screw it up and died there. 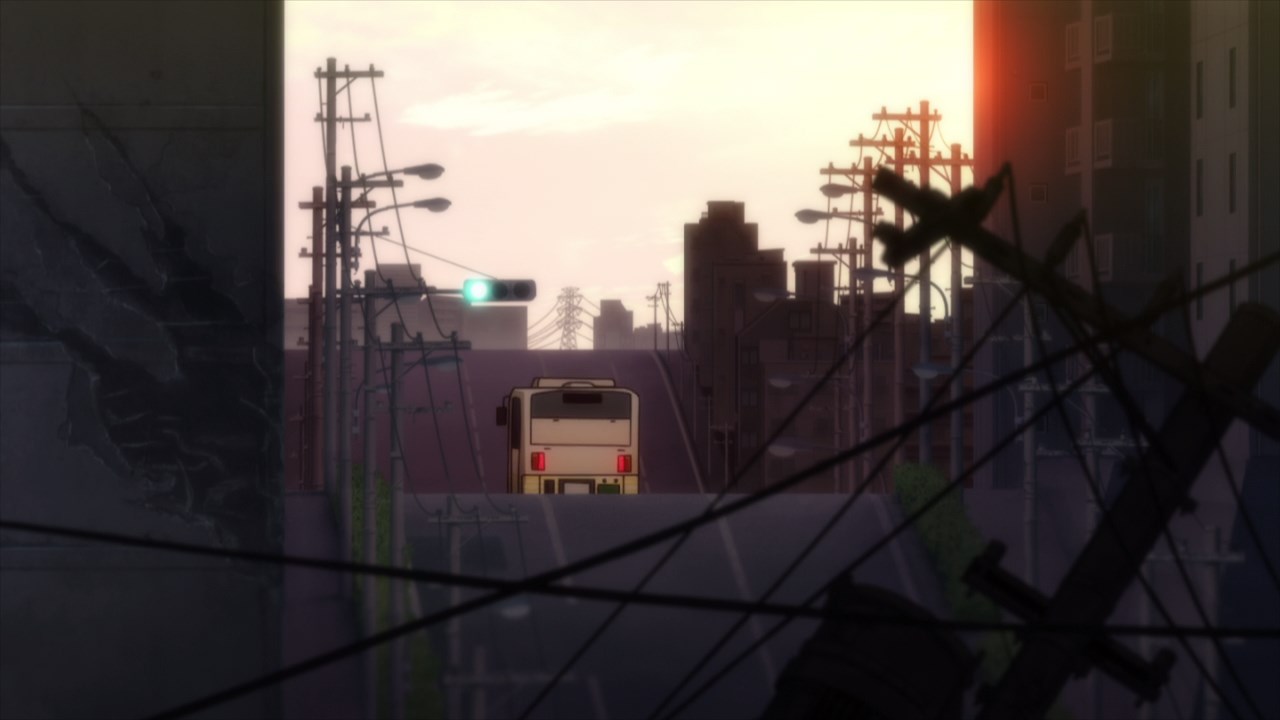 As for the civilians, they got out alive as they merrily drive to the other side. Then again, we’ll never know their final fate. 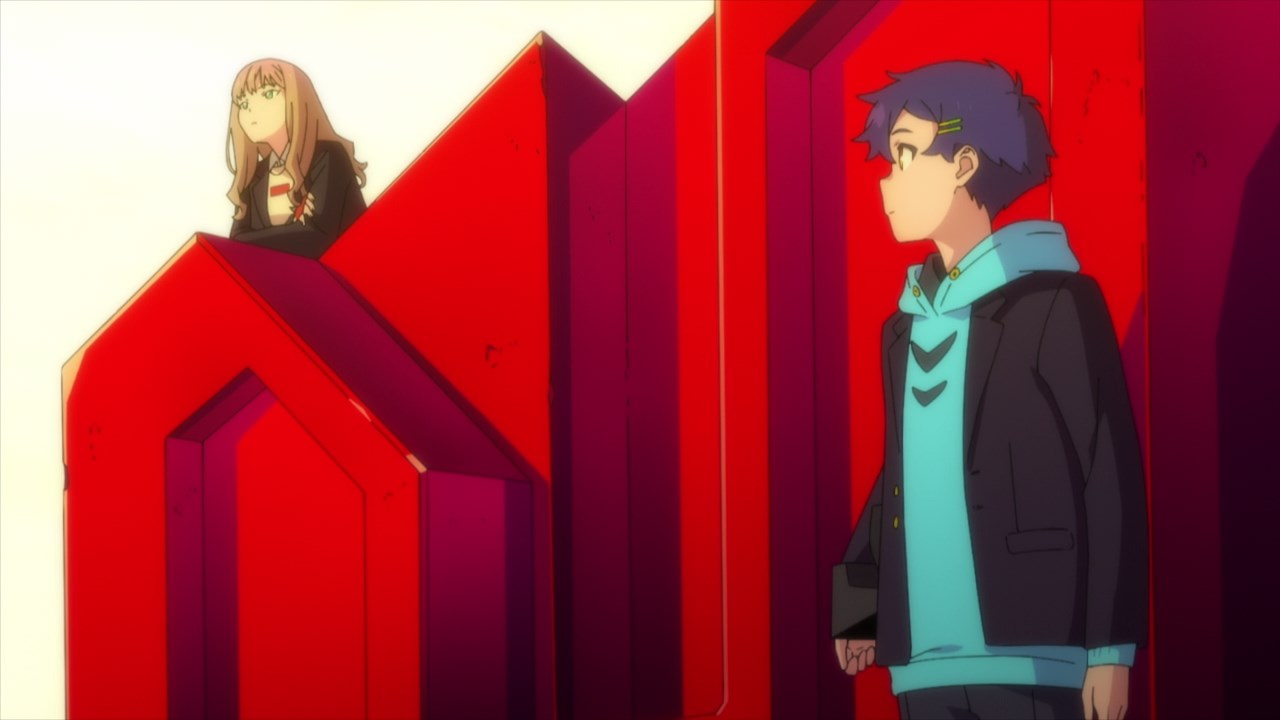 Now then, looks like Yomogi Asanaka will have to get serious on piloting his machine in order not to be a burden to everyone.

Seriously though, why is Yomogi busy with his part-time job anyway? Was is because he want to be independent, or Asanaka wants to support his family since his dad left him? 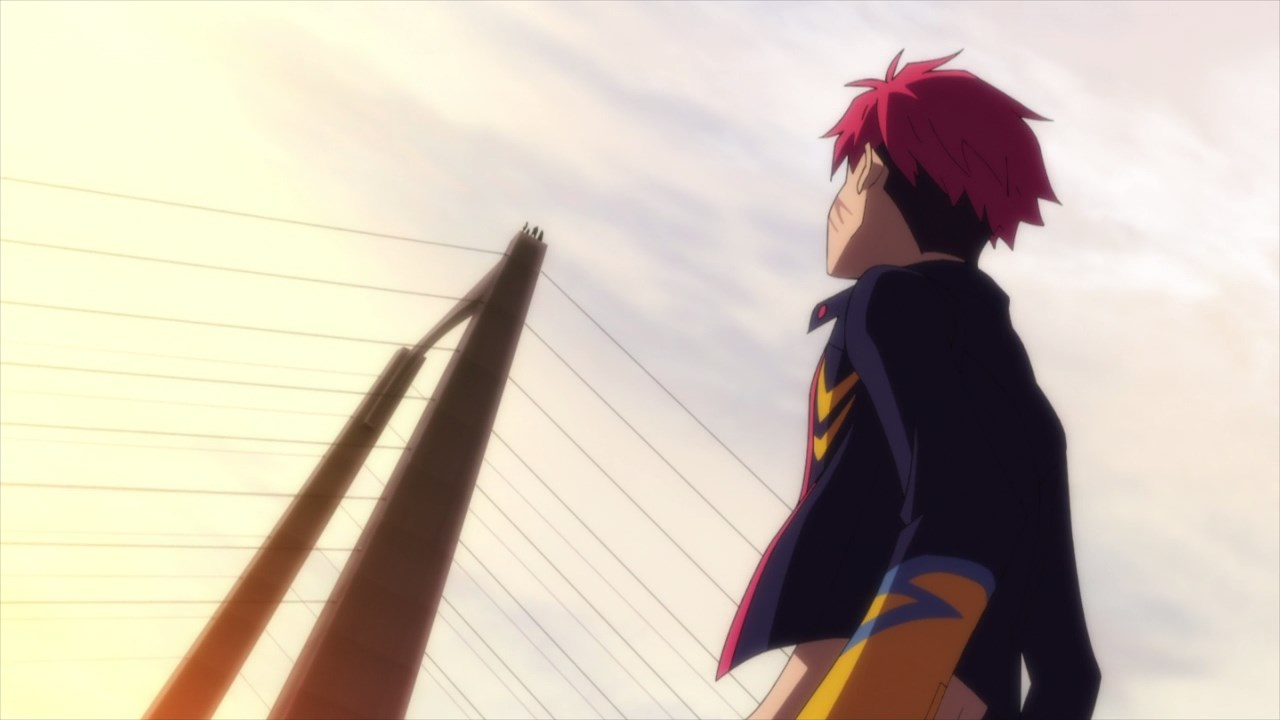 On the other hand, looks like Gauma encountered a group of people who are responsible for controlling kaijus and terrorizing cities. 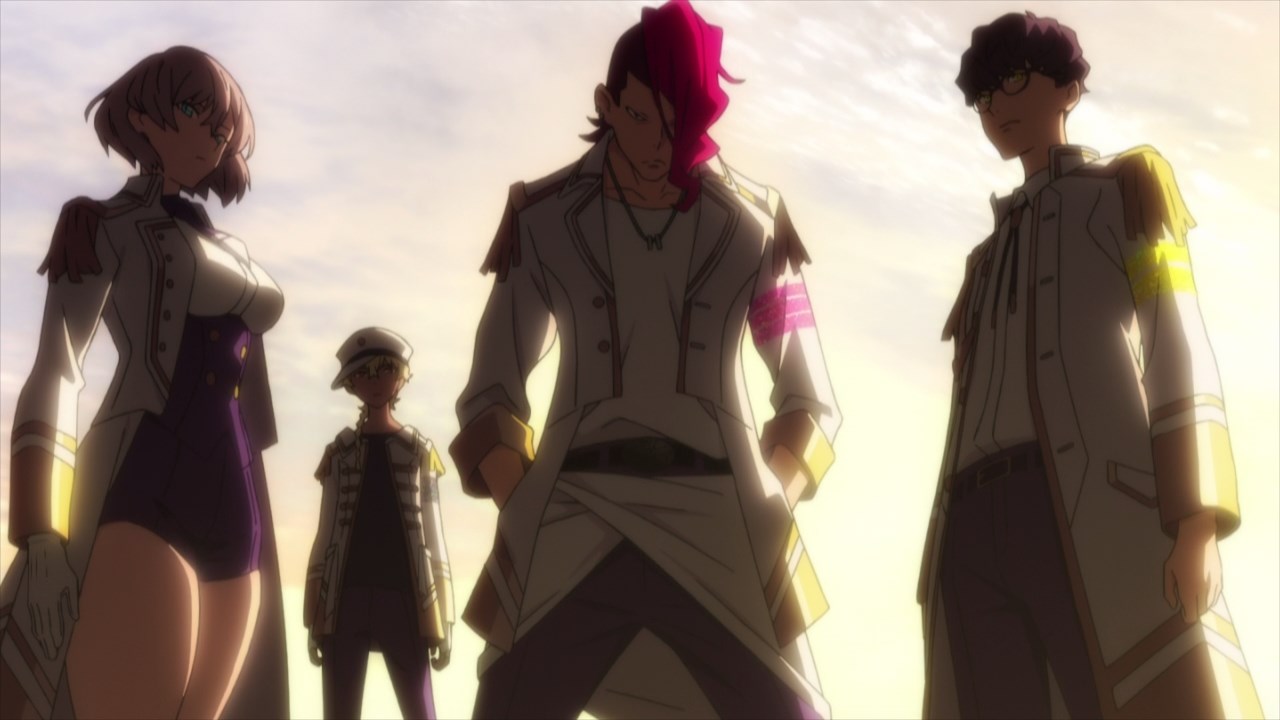 These people are called Kaiju Eugenicists and much like Akane Shinjou, Juuga and his gang have the power to control kaijus which Gauma can’t do at this time. Then again, I feel that the quartet are being controlled by someone else.

Anyways, I’ll see you next time and I have to say that Yomogi Asanaka and his friends will have to get serious on defending the city from monsters. Of course, they’ll overcome their fears along the way.