Joran: The Princess of Snow and Blood Episode #01 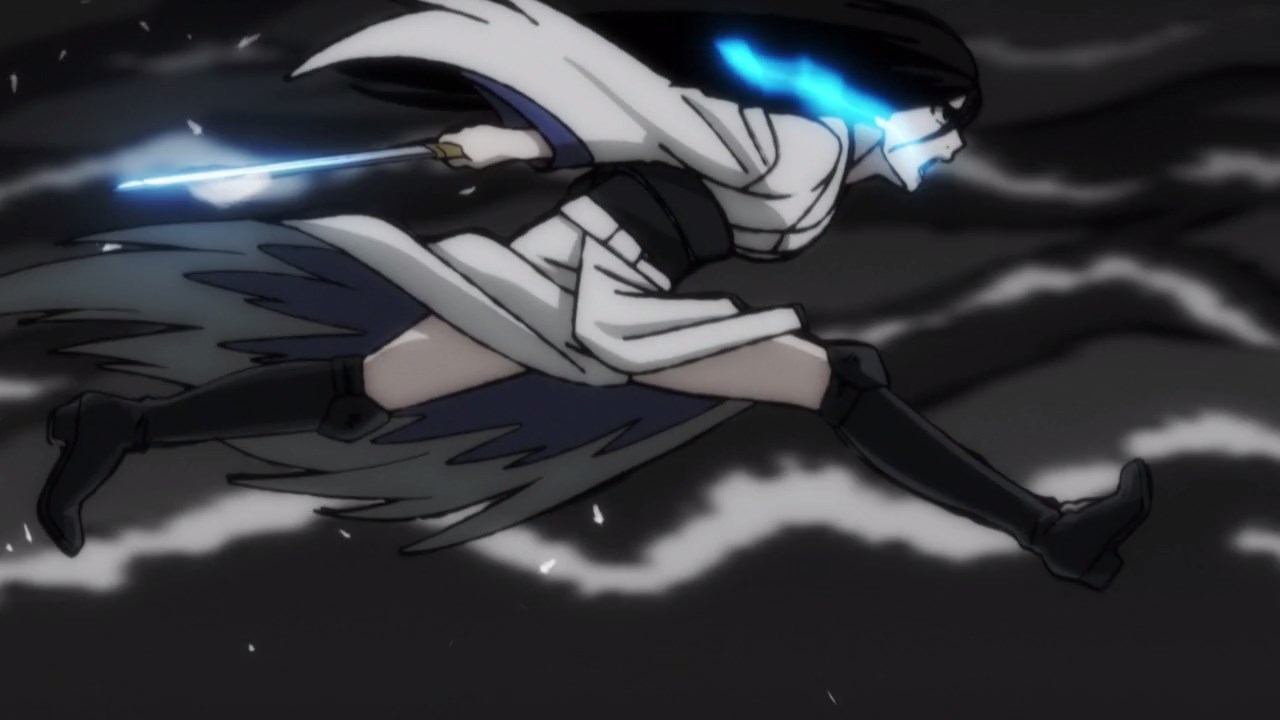 Well everyone, this is a surprise addition to Spring 2021 where the main character is a demon hunter by night… 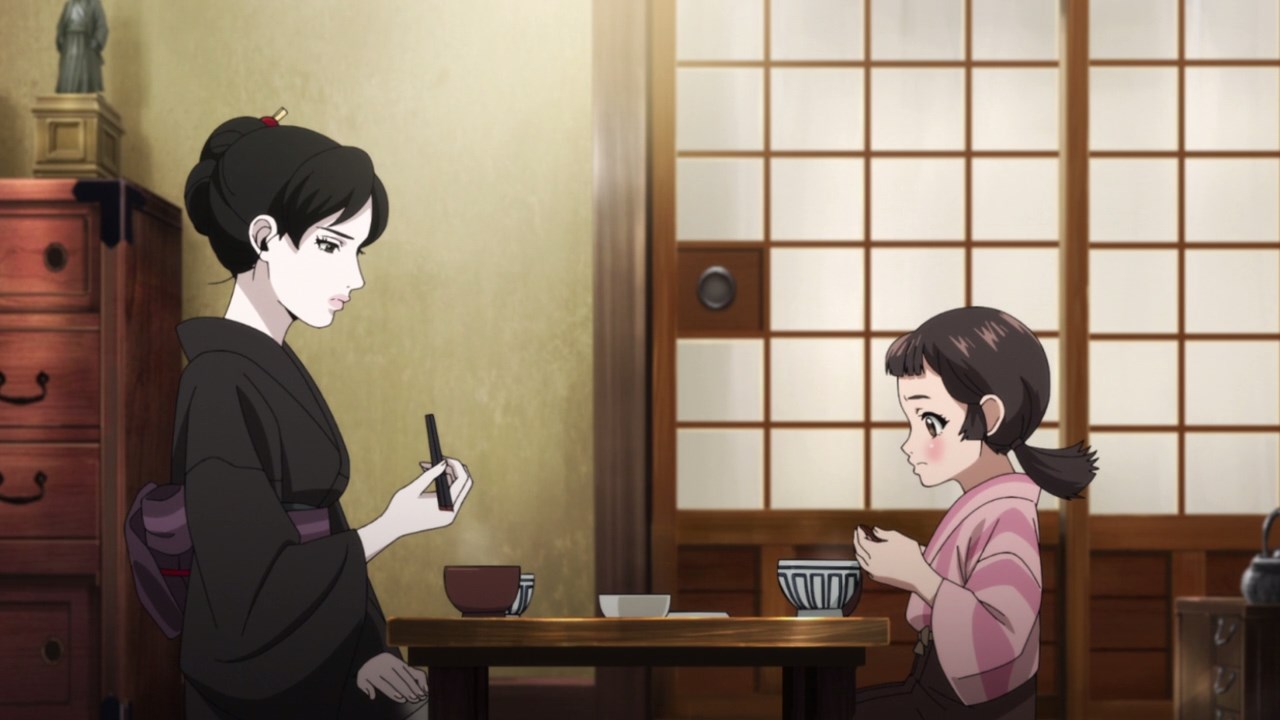 …and a guardian to Asahi Nakamura by day. This is Sawa Yukimura, a woman who is secretly an executioner under the Tokugawa Shogunate. 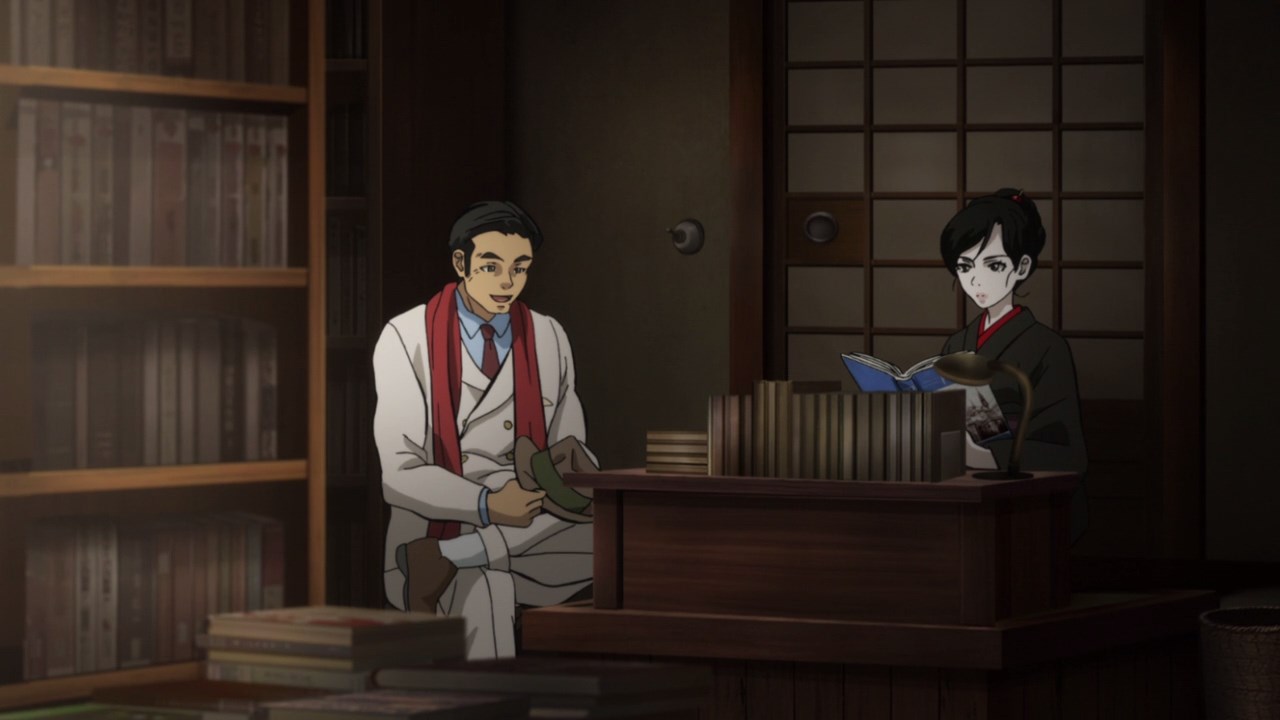 Oh yes, Sawa is also the owner of the Morning Dew bookstore which serves as her hideout. By the way, that man in white will be important later on.

Anyways, the story goes when the Tokugawa Shogunate remained as the head of state and government thanks to the discovery of a special resource called Ryumakyu, which gave a technological advantage in Japan compared to other countries.

Of course, some people are displeased with the shogunate, especially with various terrorist factions, that they created a secret police unit called Nue in which Sawa Yukimura was part of the organization. 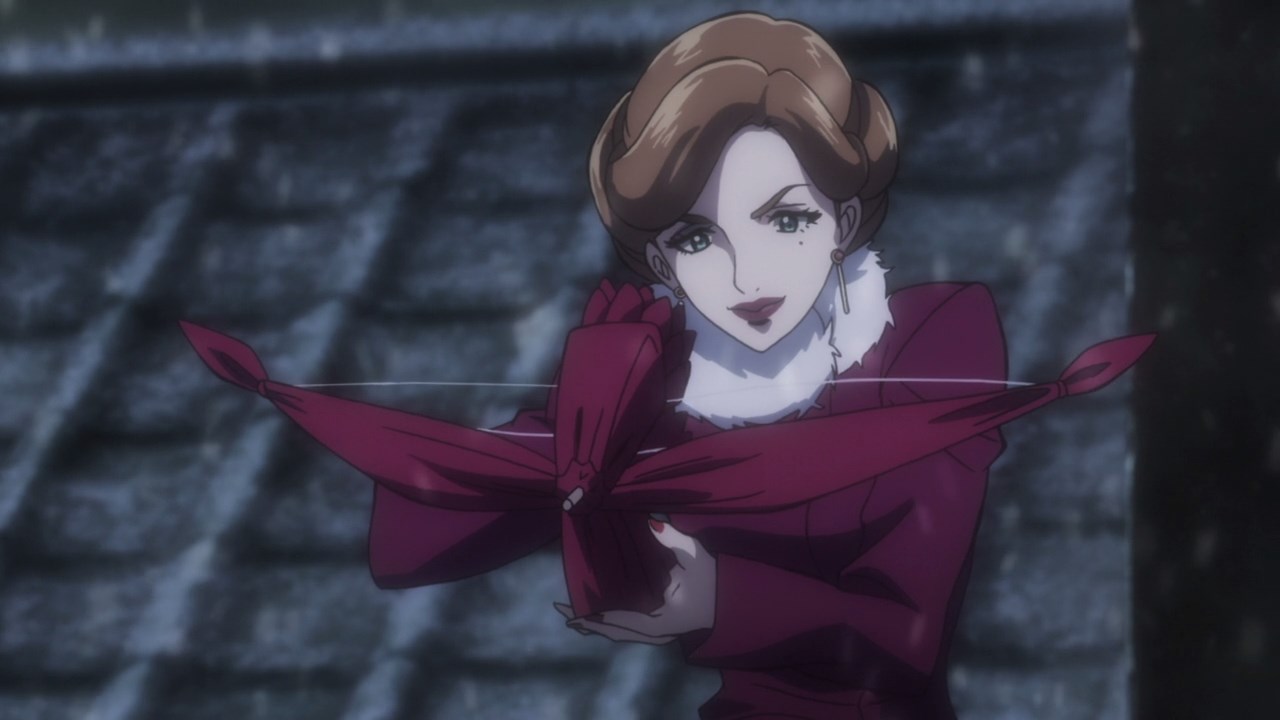 Oh yeah, and Sawa Yukimura is not working alone as she has teammates, although Sawa doesn’t trust them.

Let’s start with Elena Hanakaze, a courtesan who not only gather information from her patrons (and kill them) in bed, but she’s skilled in using a crossbow and a whip. 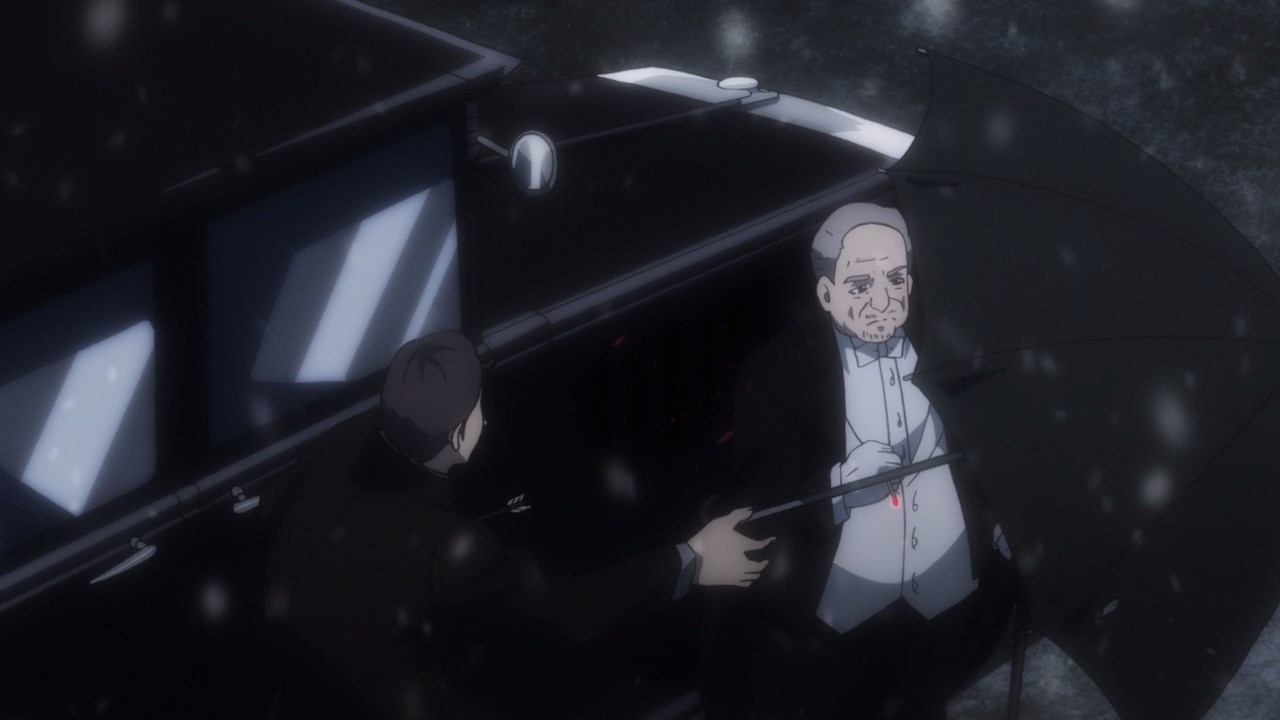 But as you can see, Hanakaze is one sharpshooter where she kill all of the terrorists, although it’ll be awesome if Elena uses her whip to strangle them. 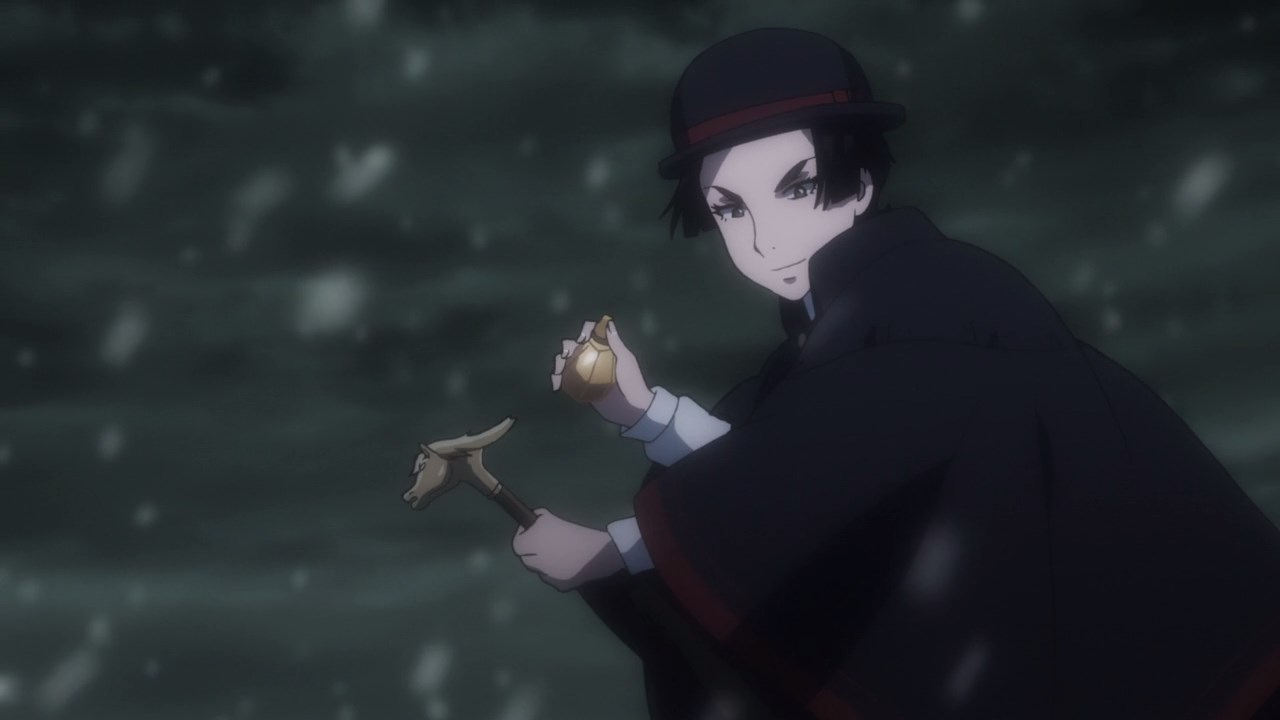 There’s also Makoto Tsukishiro who is the only male executioner in the organization as he used everything to subdue his target, from bombs that shaped like perfume bottles to a blade that’s hidden in his cane. 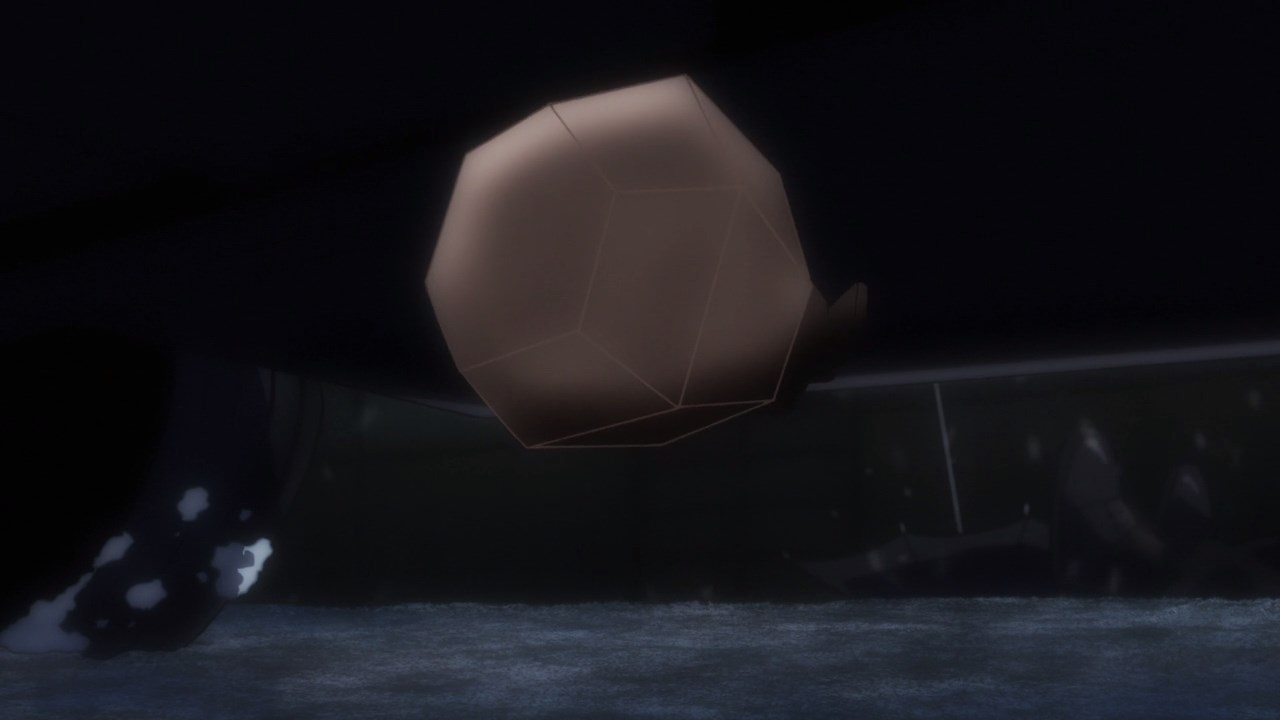 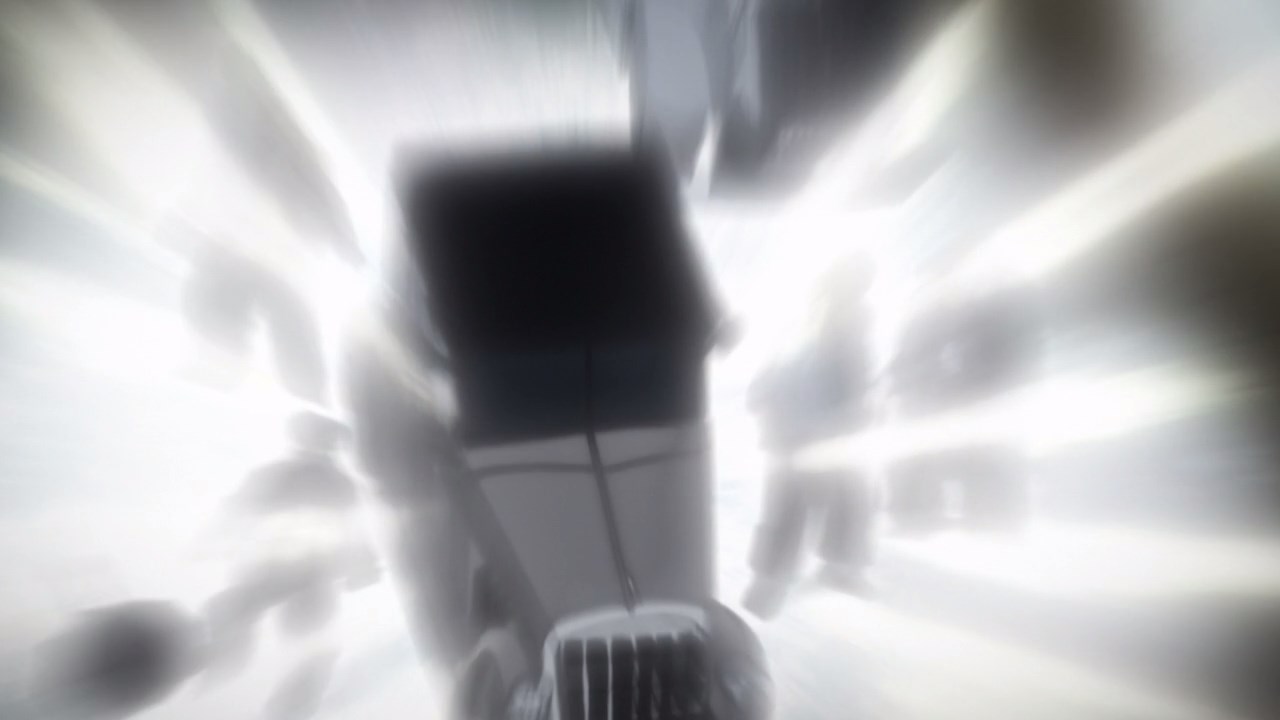 With that said, looks like Nue has managed to subdue the terrorist group, but the fight is not yet over actually. 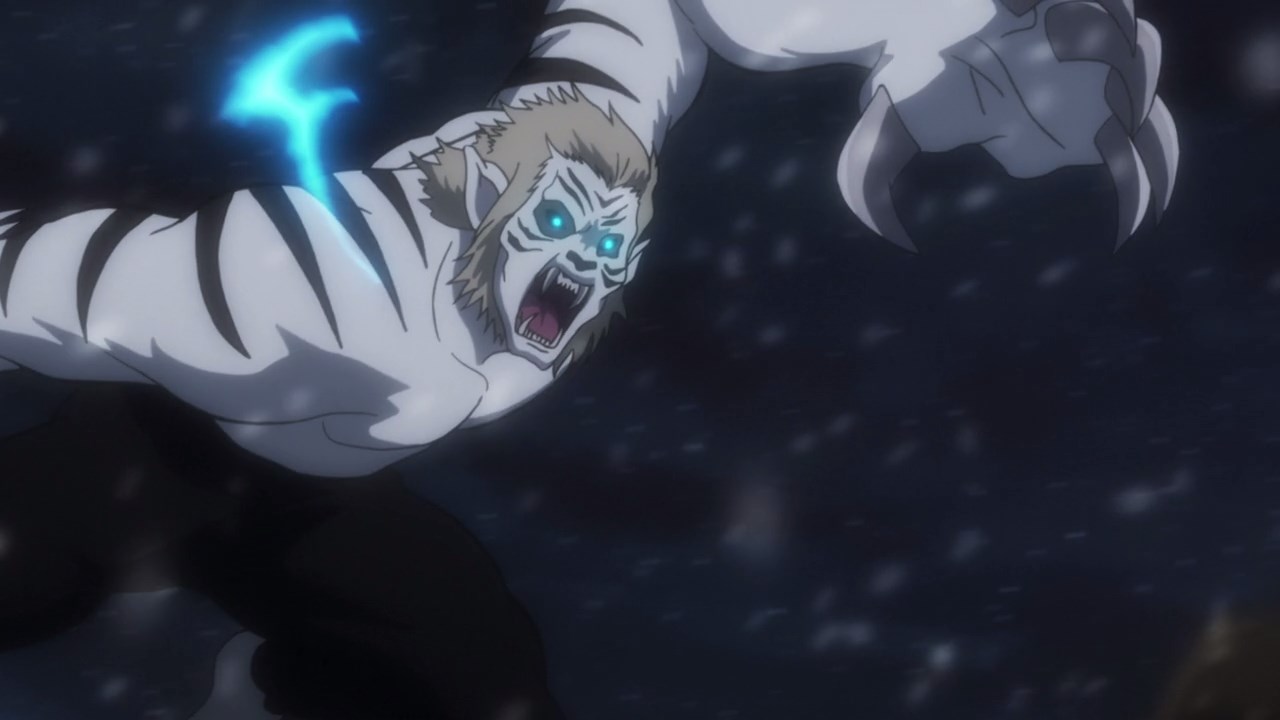 You see, the terrorists unleashed a secret weapon in the form of Changelings, humans who are forcefully-transformed into monsters via a special blue blood. Neither Elena nor Makoto can handle them.

Well, except for Sawa in which she can transform into a Changeling thanks to her white crow, although she has to be naked in order to take her alter-ego. 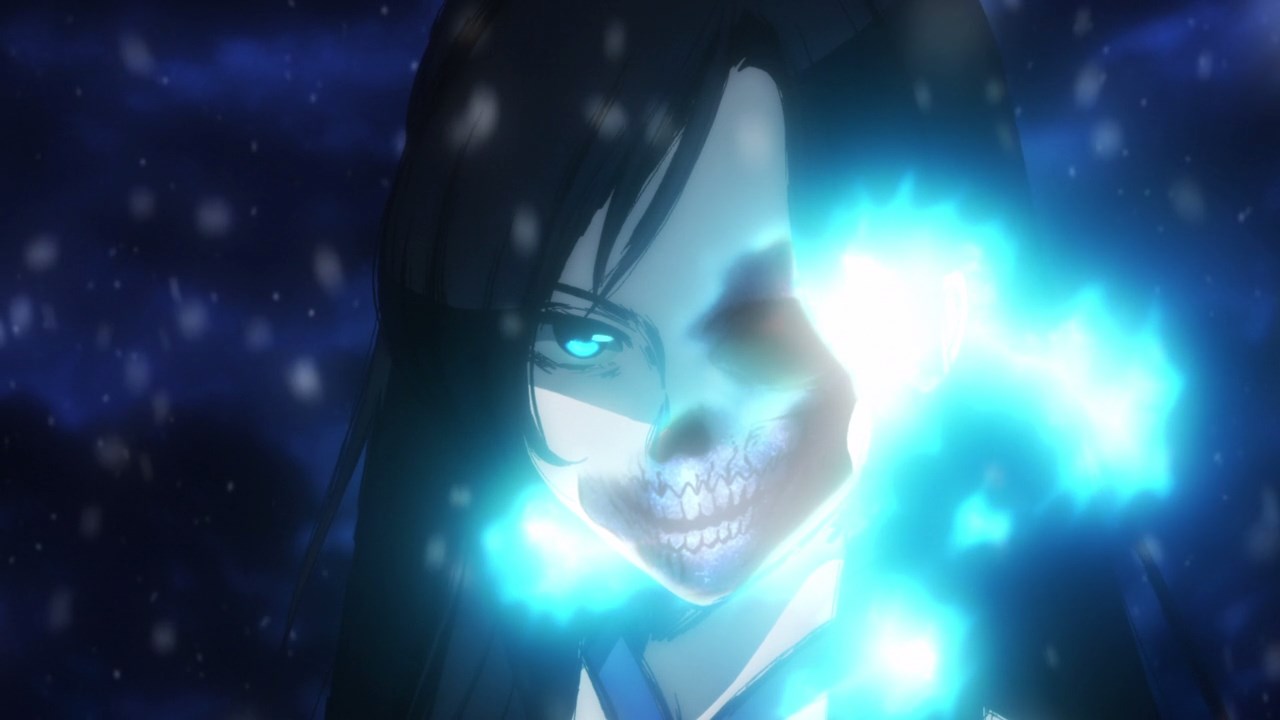 Furthermore, it’s revealed that she’s the surviving member of the Karasumori clan which is why she can transform into a Changeling without any side-effects. 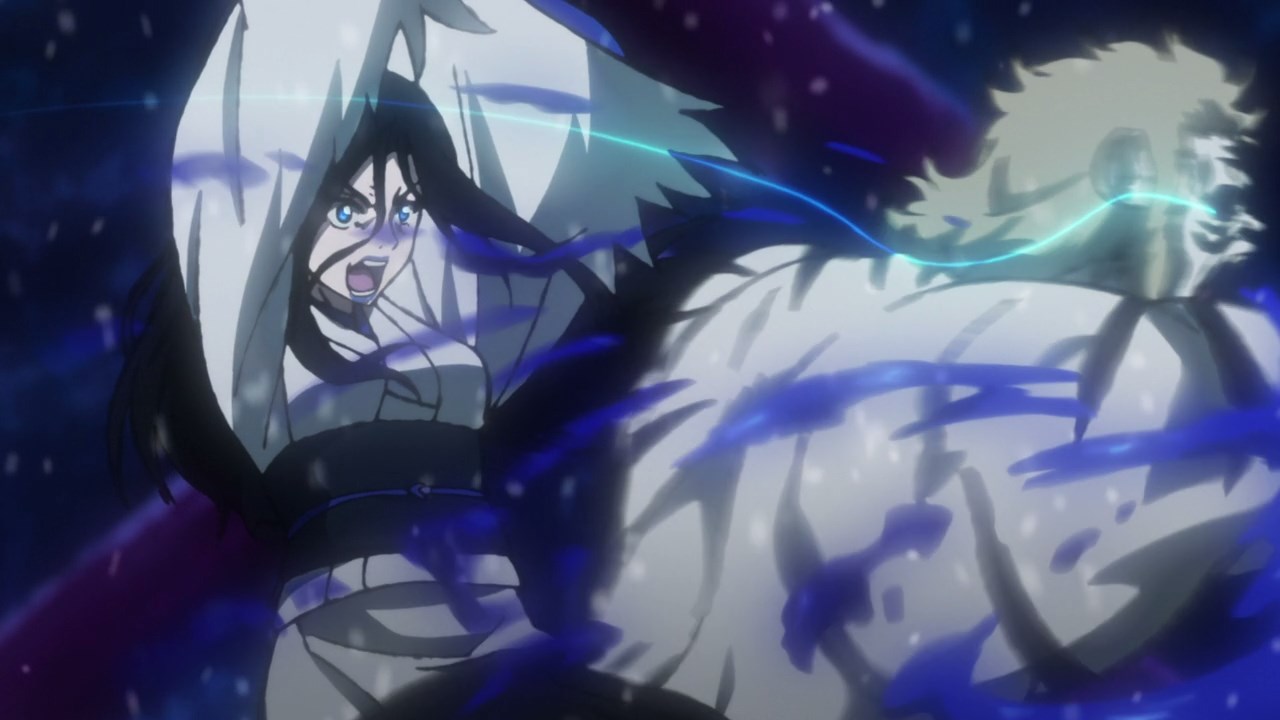 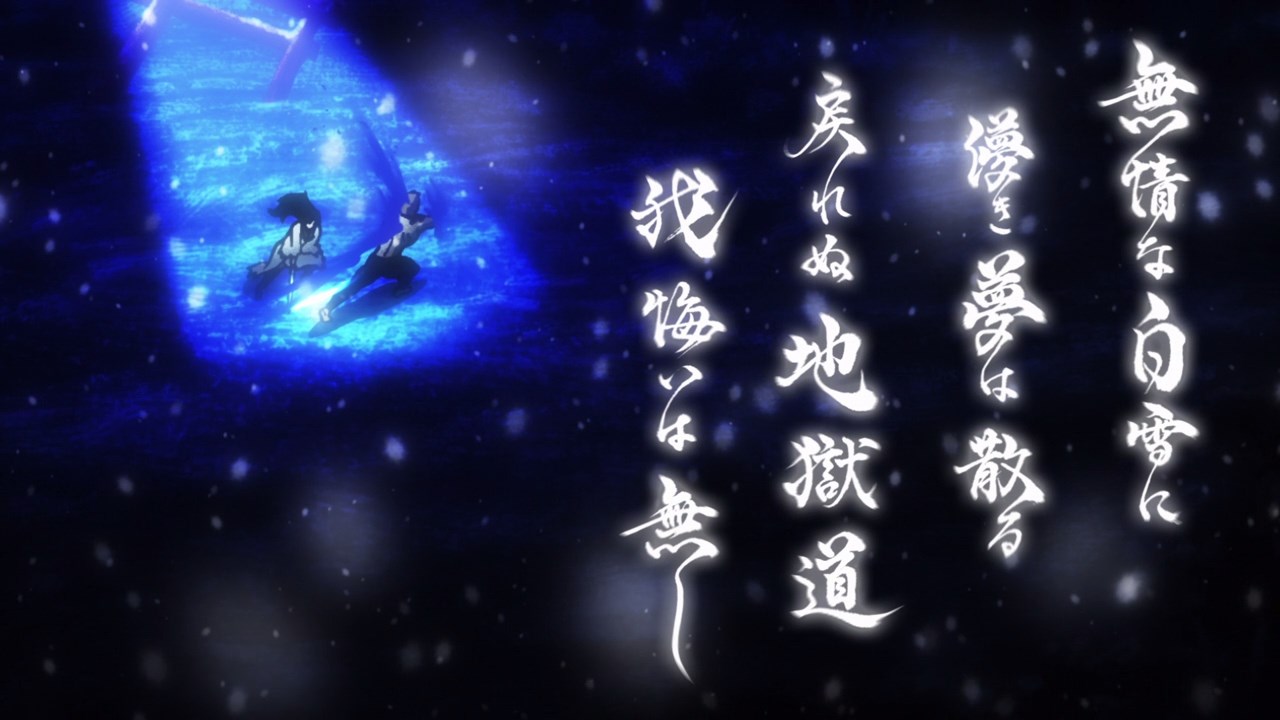 But with that said, looks like Sawa Yukimura killed the Changeling in one stroke of her sword, and I have to say that it was very poetic to slaughter a monster.

Of course, it turns out that the monster is revealed to be this man from earlier, who was forced to transform into a Changeling thanks to a mysterious man named Janome. 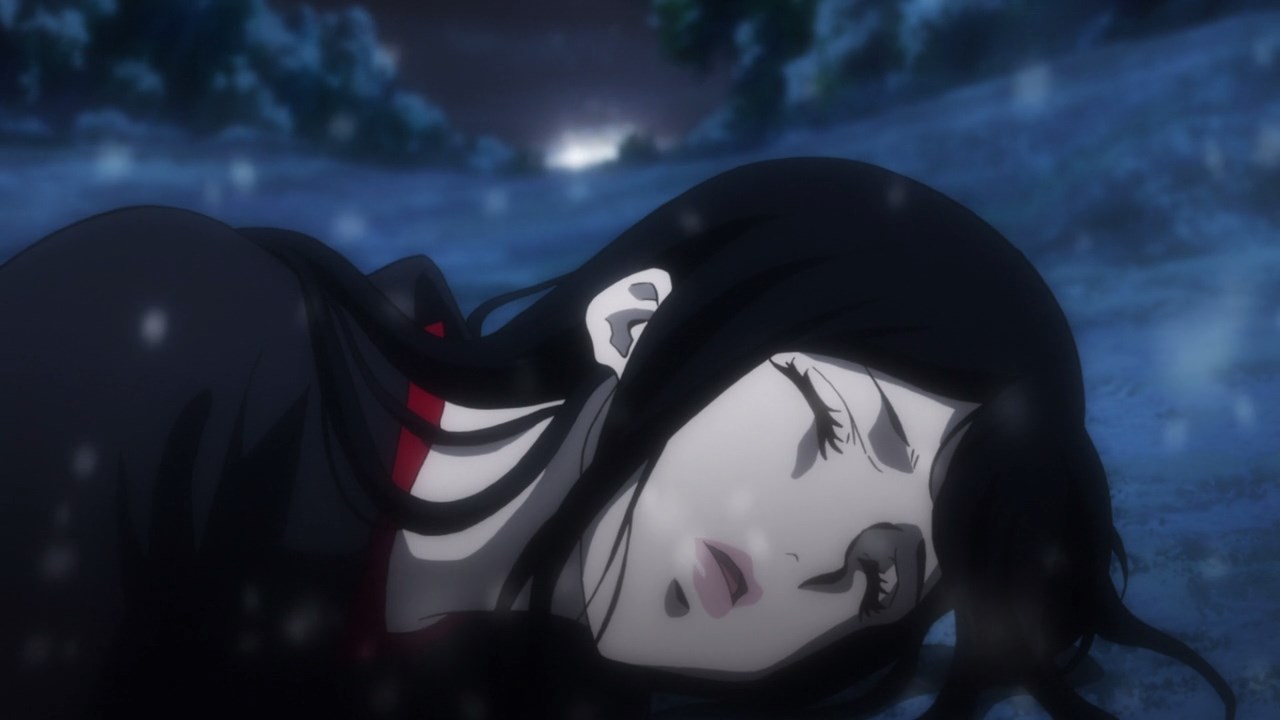 With that said, the fight is over as Sawa collapsed after defeating the Changeling.

Then again, I hope that Sawa won’t get killed by some opportunistic person ’cause it would be bad if the shogunate has fallen without her service. 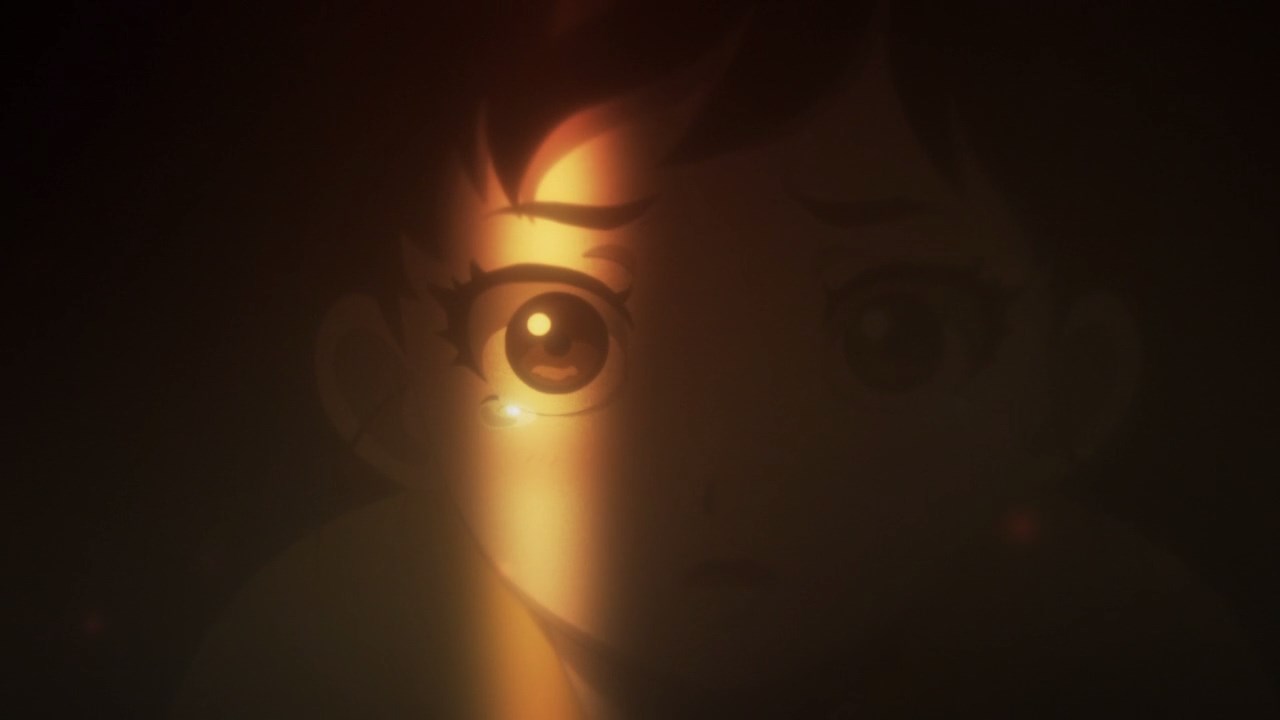 One last thing, in regard to Janome, it’s revealed that she has a grudge on that person as Sawa witness her clan being killed by the man himself or one of his henchmen. 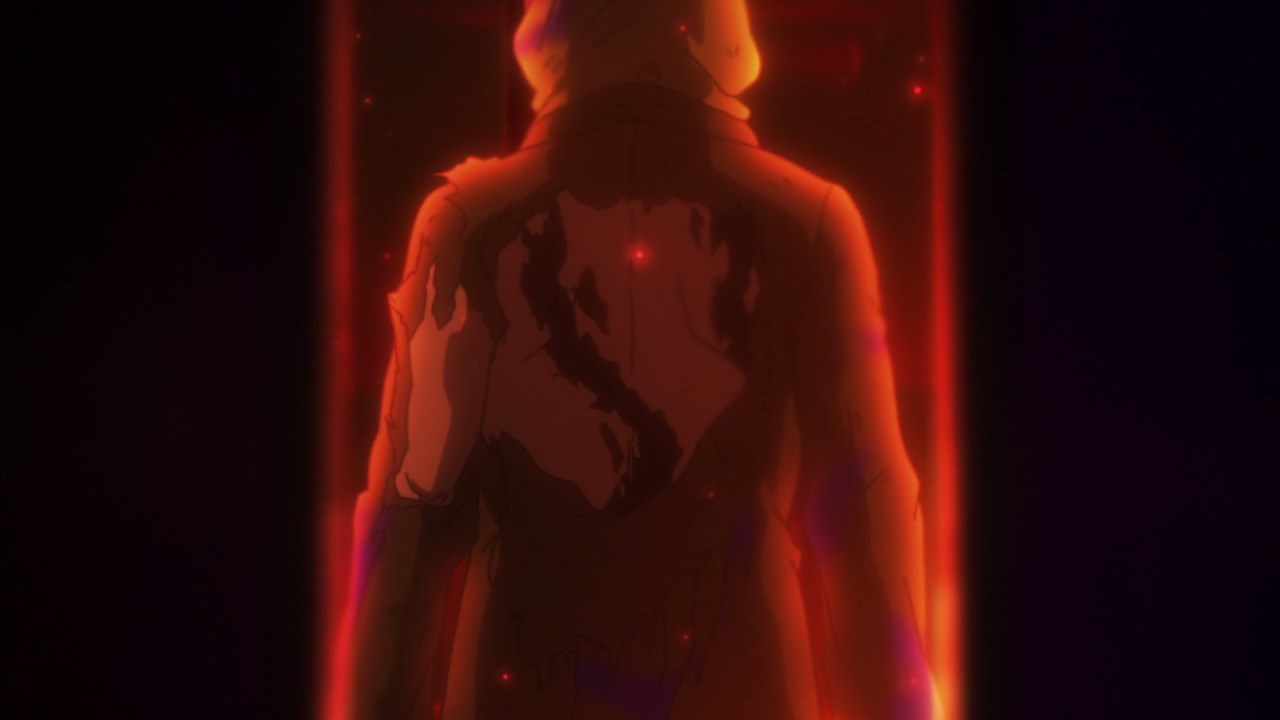 Of course, this Janome person is a complete mystery where the only thing she remembers is that the murderer has a snake-like tattoo on his back.

Anyways, I have to say that Joran: The Princess of Snow and Blood is an interesting show and I’m surprised that Bushiroad and Bakken Record would create something that’s gritty compared to other franchises like BanG Dream! or Revue Starlight.

Still, the only thing that made me curious is the story itself and while Sawa Yukimura is driven by vengeance, I feel that the world of Joran has more secrets to tell as the Tokugawa shogunate is not the most benevolent government. Oh, and let’s not forget that there are people within Nue are suspicious.

With that said, I’m pretty much hooked on this show as I’m looking forward for the next episode. Let’s hope that Sawa Yukimura survived.