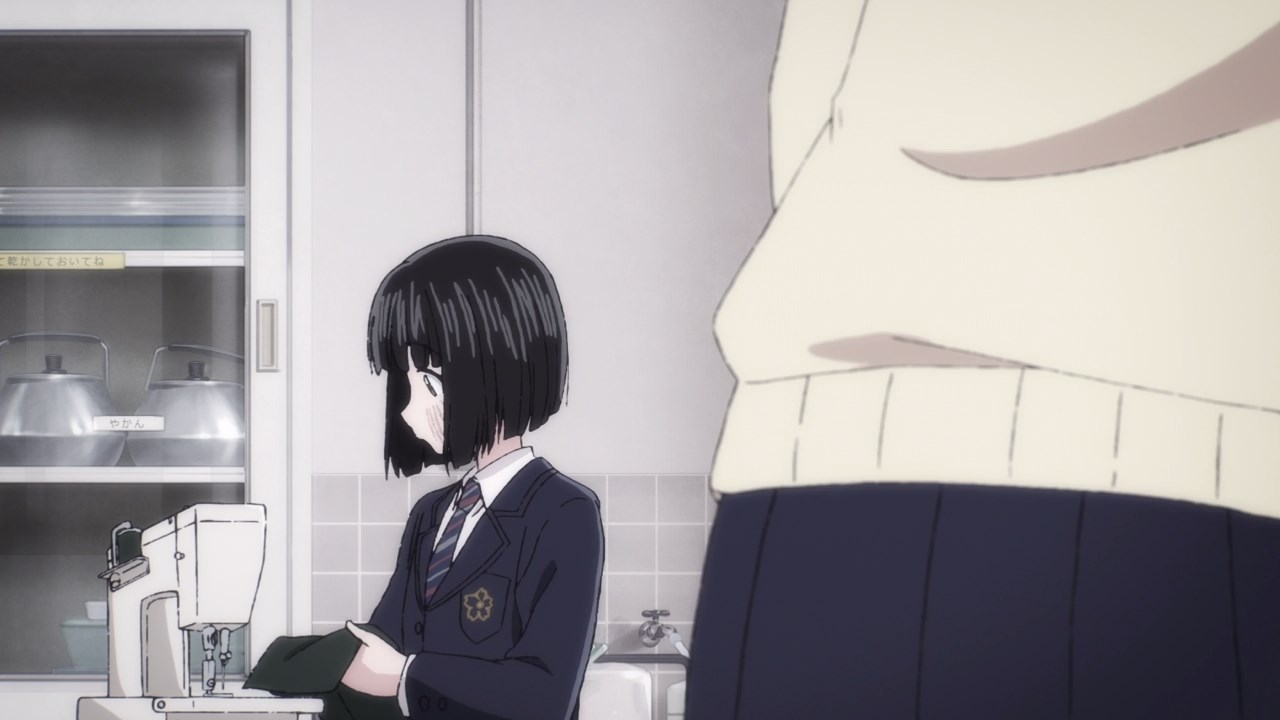 Well everyone, it appears that Koguma is about to meet someone who’s riding a Honda bike. After all, she recently bought a refurbished Super Cub in this first episde. 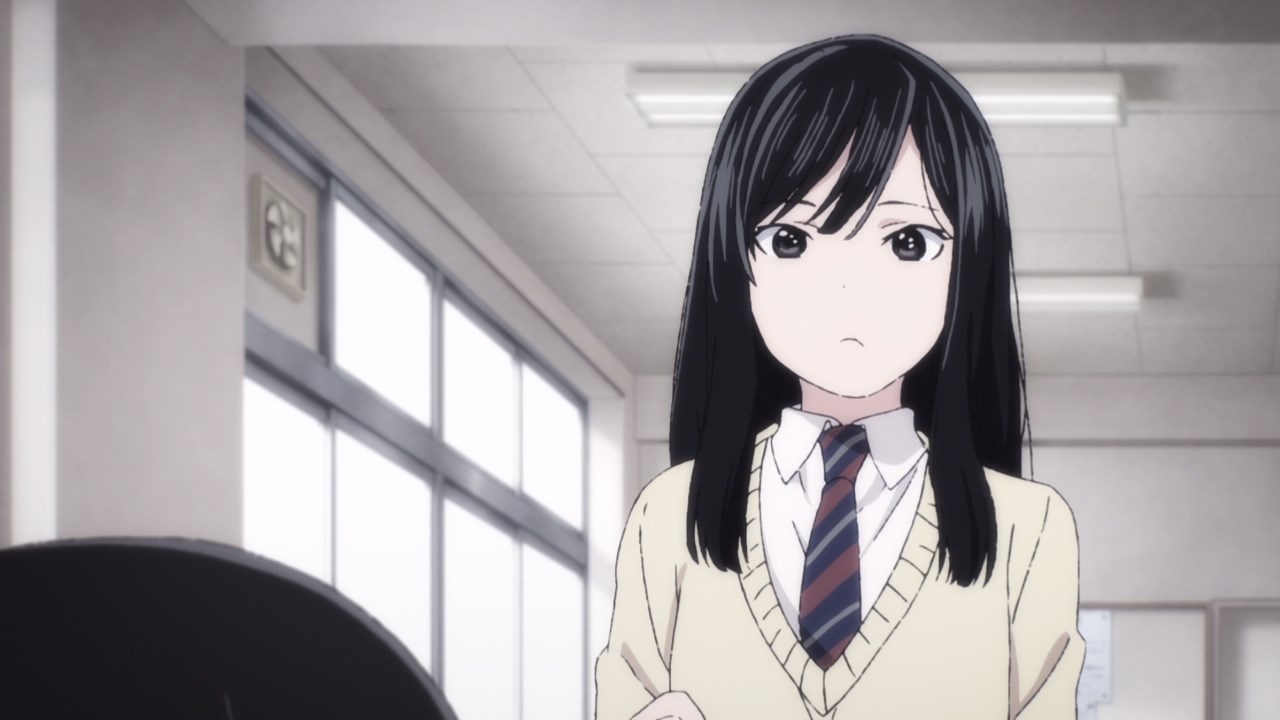 Anyways, this aloof fellow is named Reiko and much like Koguma, she’s riding a Honda Super Cub albeit not the same model. We’ll get to that later. 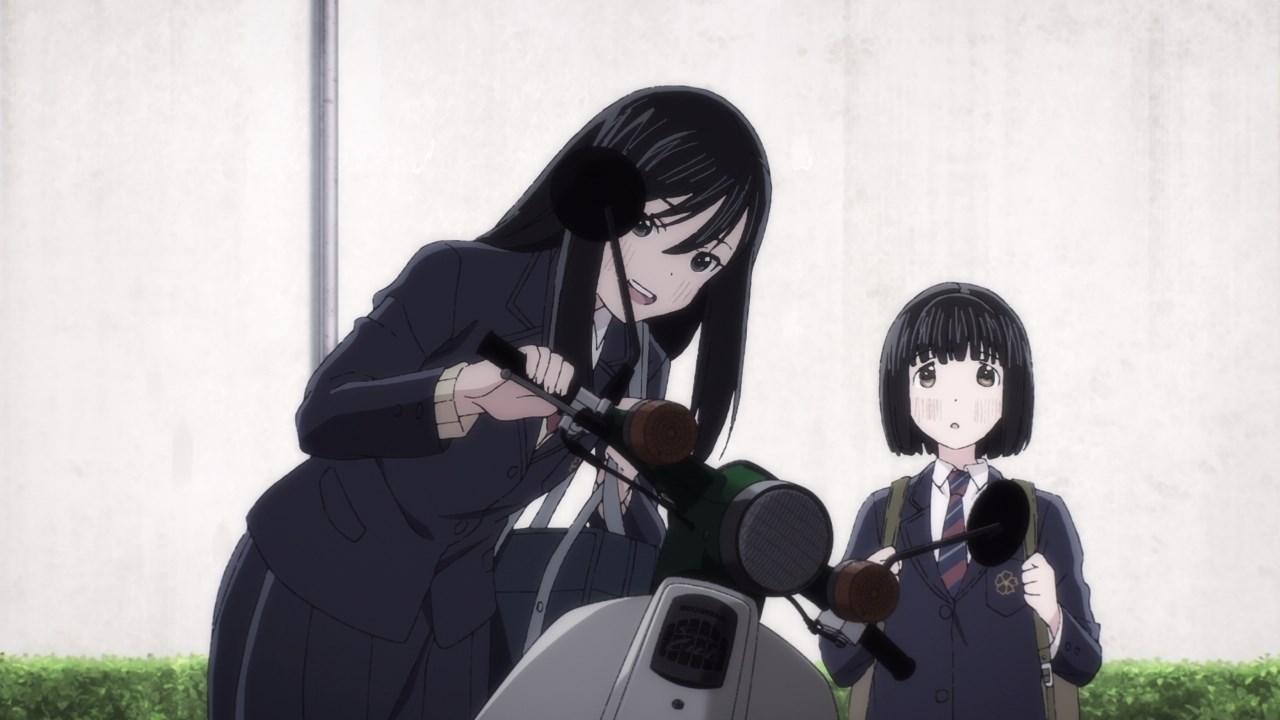 For now, Reiko is astonished that Koguma is riding a stock Honda Super Cub. Of course, I’m curious to see Reiko’s Super Cub. 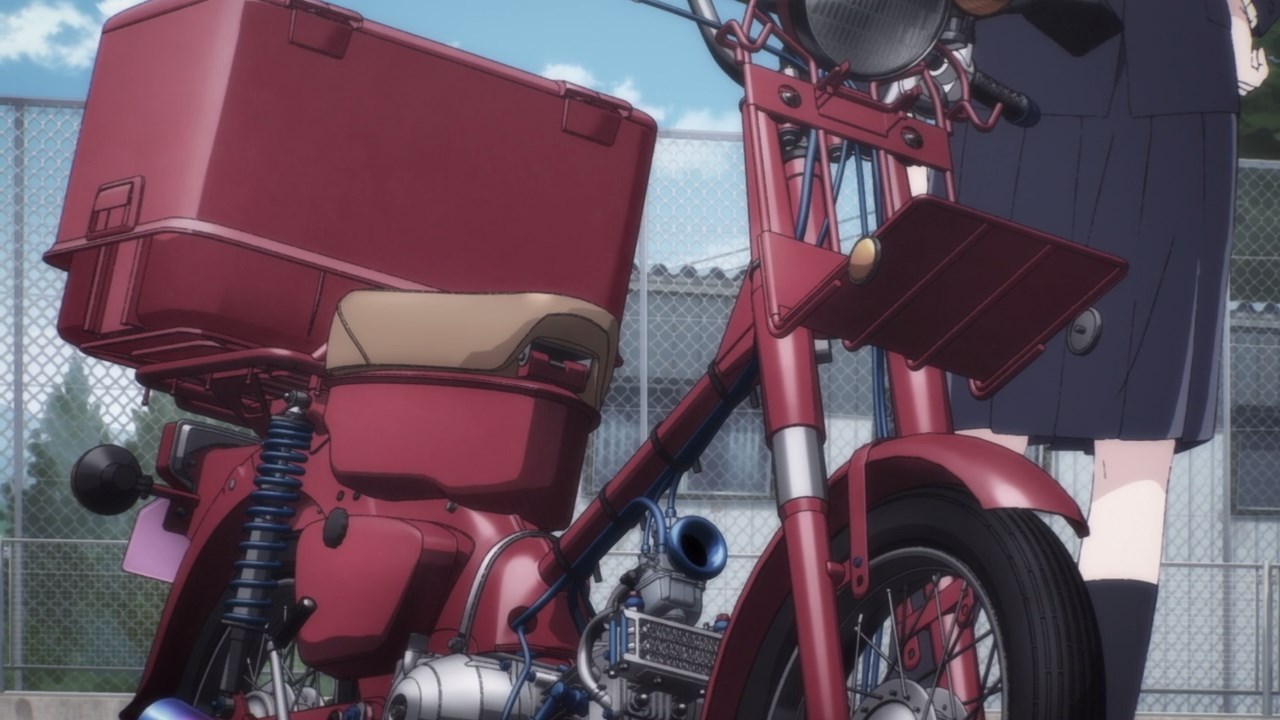 But here’s Reiko’s bike where it’s actually a variant of the Super Cub called the Honda MD90 Postal Cub.

This underbone motorcycle is originally used for postal service. but Reiko modified it by adding a larger carburetor on the engine, upgraded brakes and suspension, and a titanium muffler for the finishing touch. 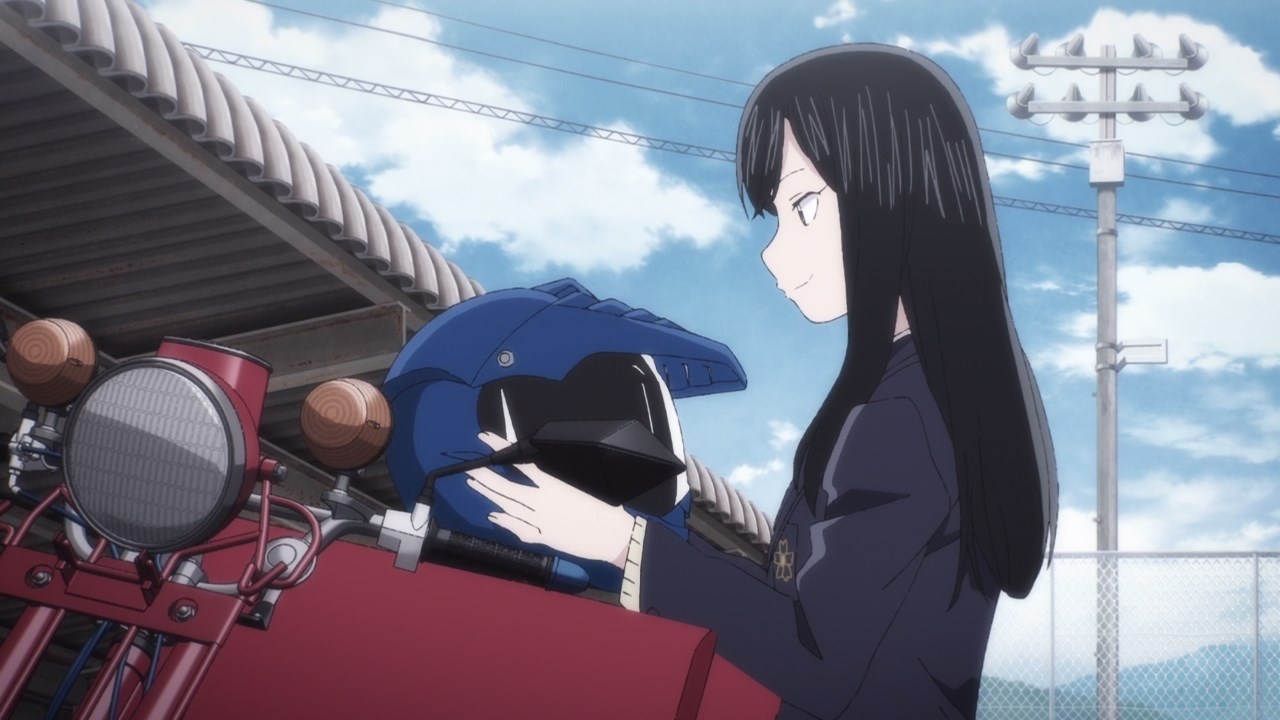 And to top it all off, she’s sporting a Shoei Hornet full-face helmet which offered better protection compared to Koguma’s Arai Classic helmet.

I have to say that she spends her money on her bike, which I have a feeling that Reiko got a part-time job. 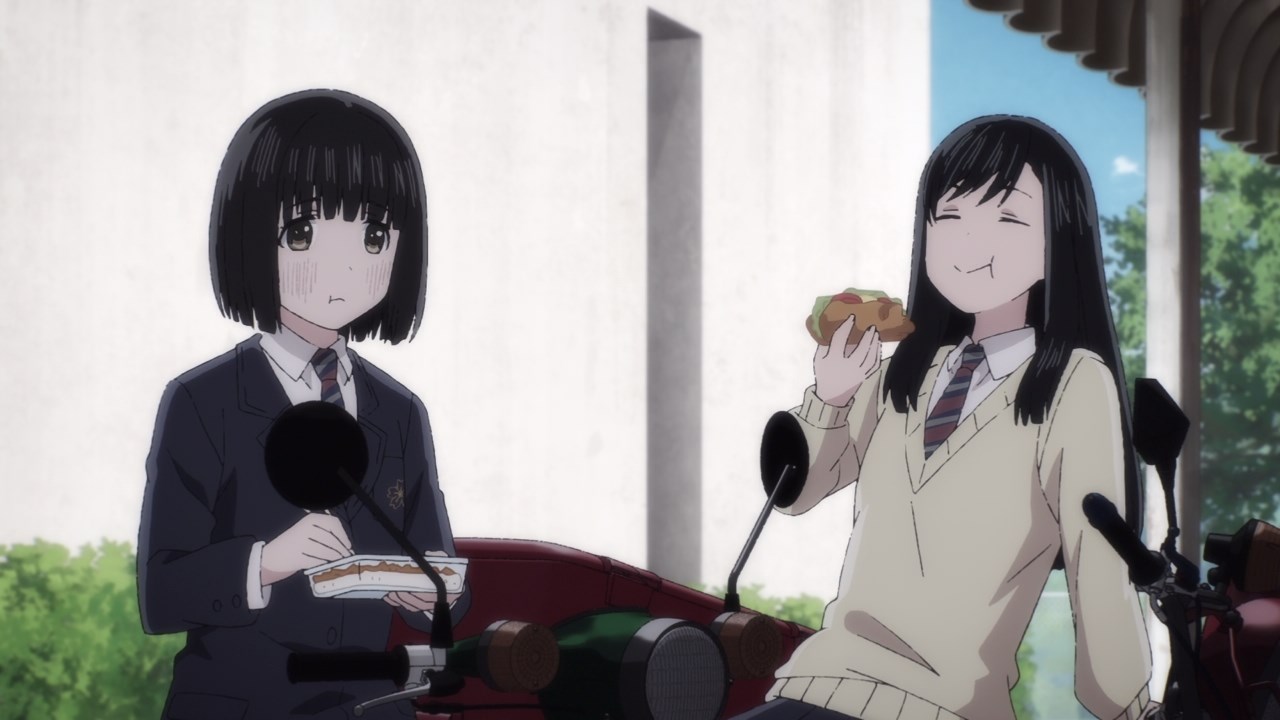 With that said, both Koguma and Reiko became friends as they’re riding the same Super Cub bike, although Reiko got a postal variant of it.

Oh yeah, looks like both of them are eating together but unlike Reiko who’s eating a hotdog, Koguma is eating instant rice meal since she doesn’t have enough money to buy fancy food. Man, I think she should get a job. 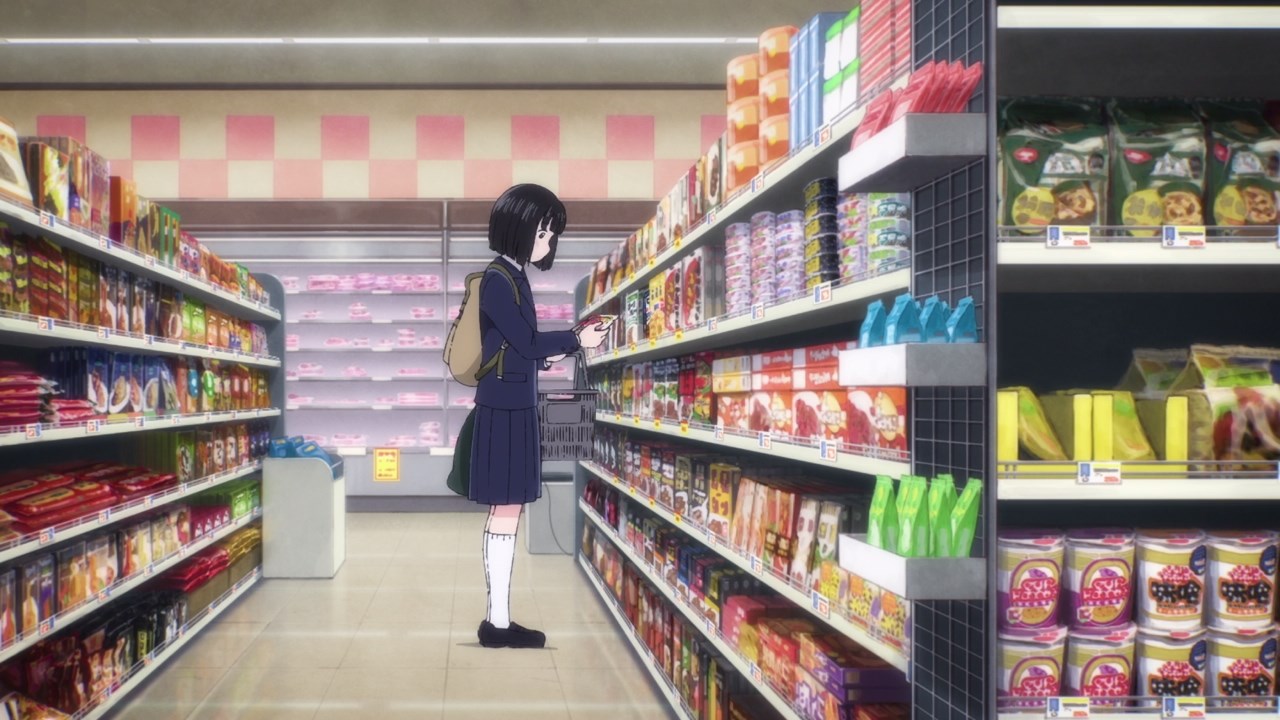 Now then, Koguma went to a supermarket to stock up some food. By the way, she’s surprised on how cheap the instant rice topping packs are as Koguma bought more of it. 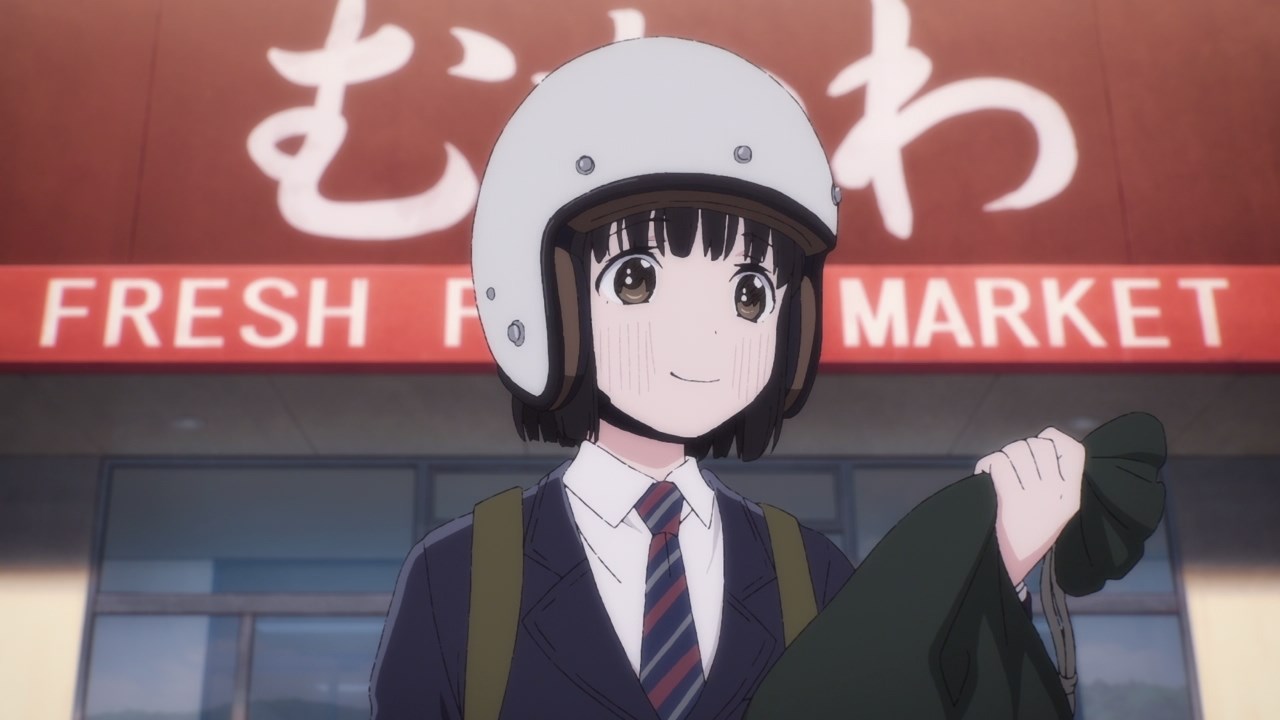 One more thing, she made her own drawstring bag during her home economics class where Koguma put all of her bought stuff into her bag. It’s better than charging up for a plastic or paper bag. 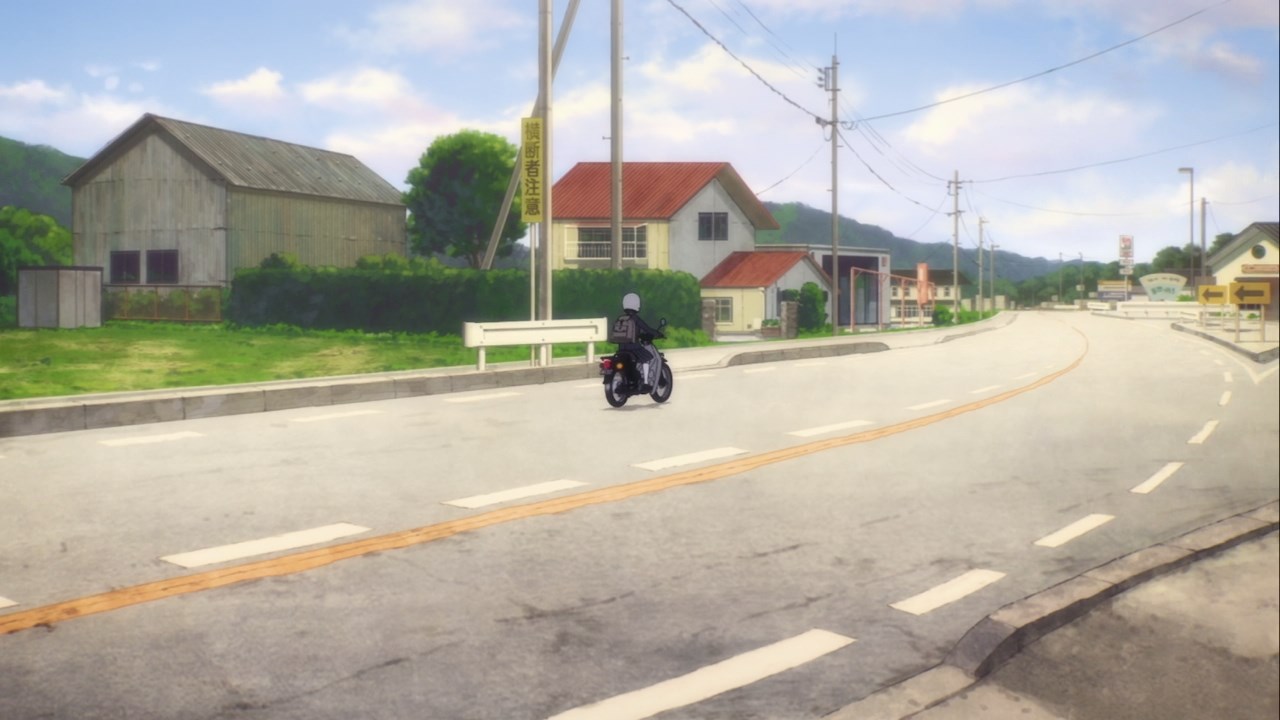 And with that, another day ends as Koguma rides home. Oh yeah, Koguma plans to buy a chain lock for her bike, but she’ll save that on the next episode.