Joran: The Princess of Snow and Blood Episode #02 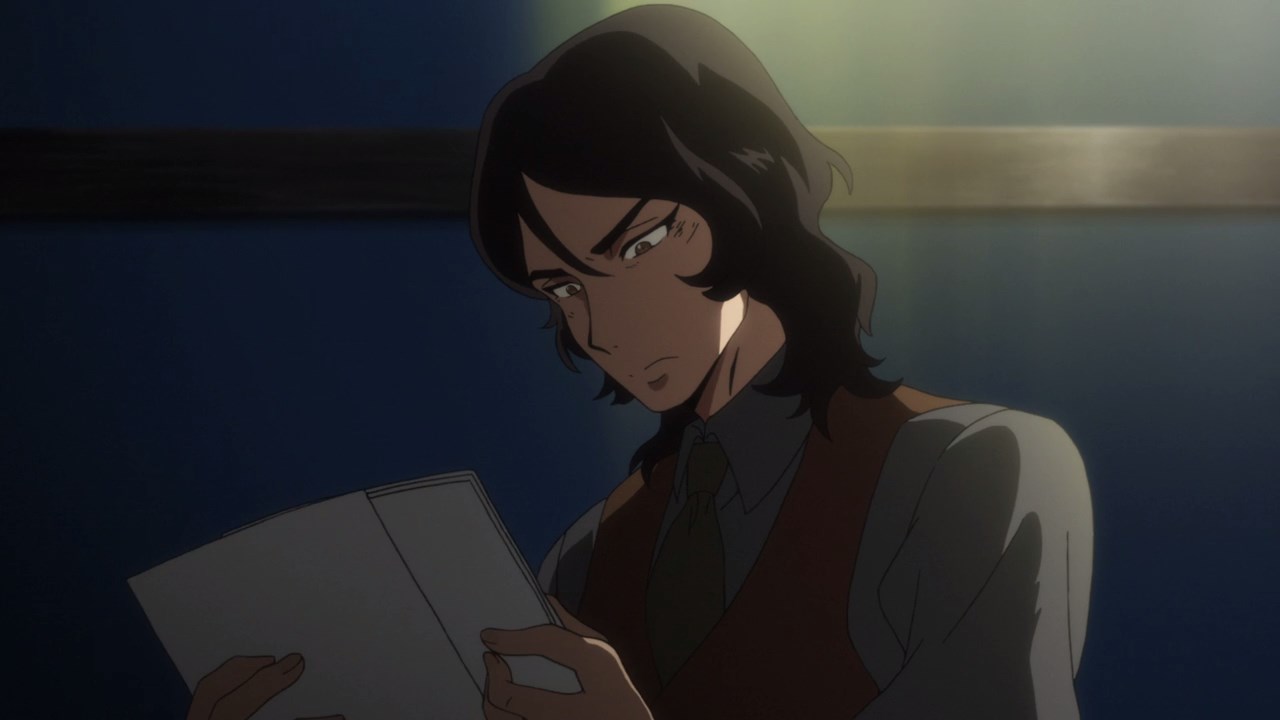 This is Jin Kuzuhara, the leader of Nue where he’s responsible for handling his assassins who have trust issues. 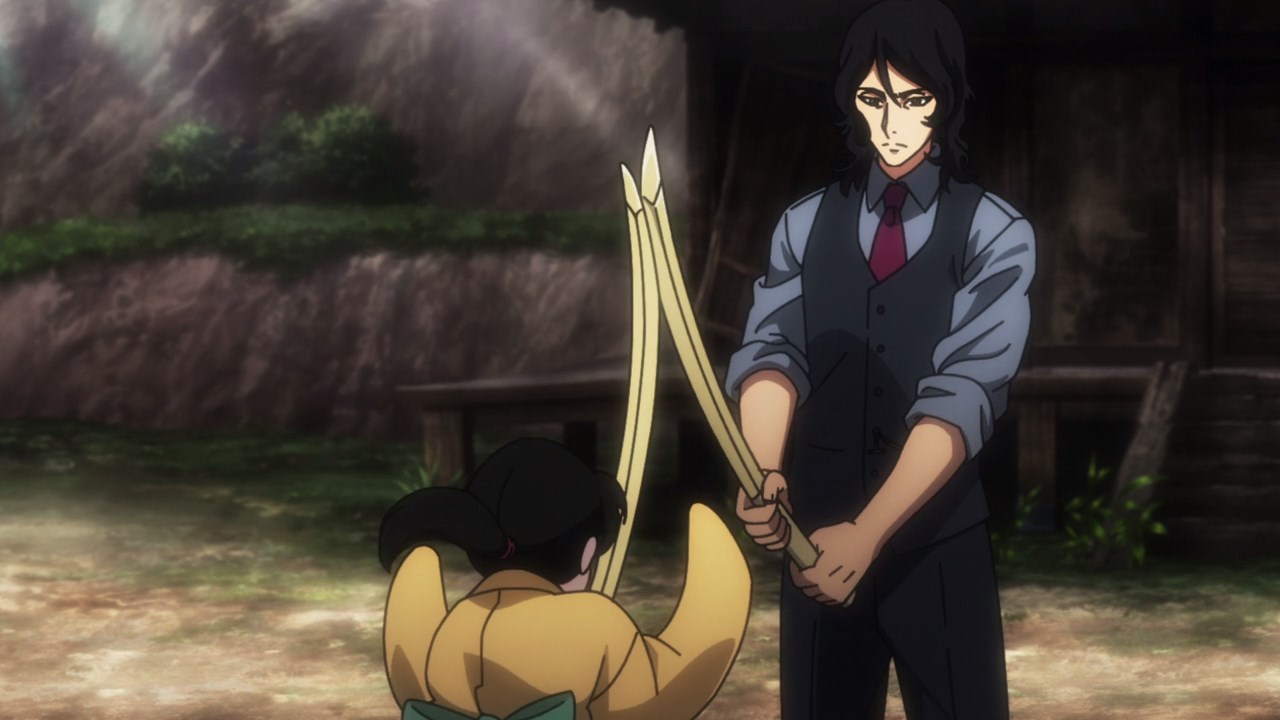 Also, Jin Kuzuhara is Sawa Yukimura’s guardian in which he took her up after the entire Karasumori clan is annihilated by Janome. 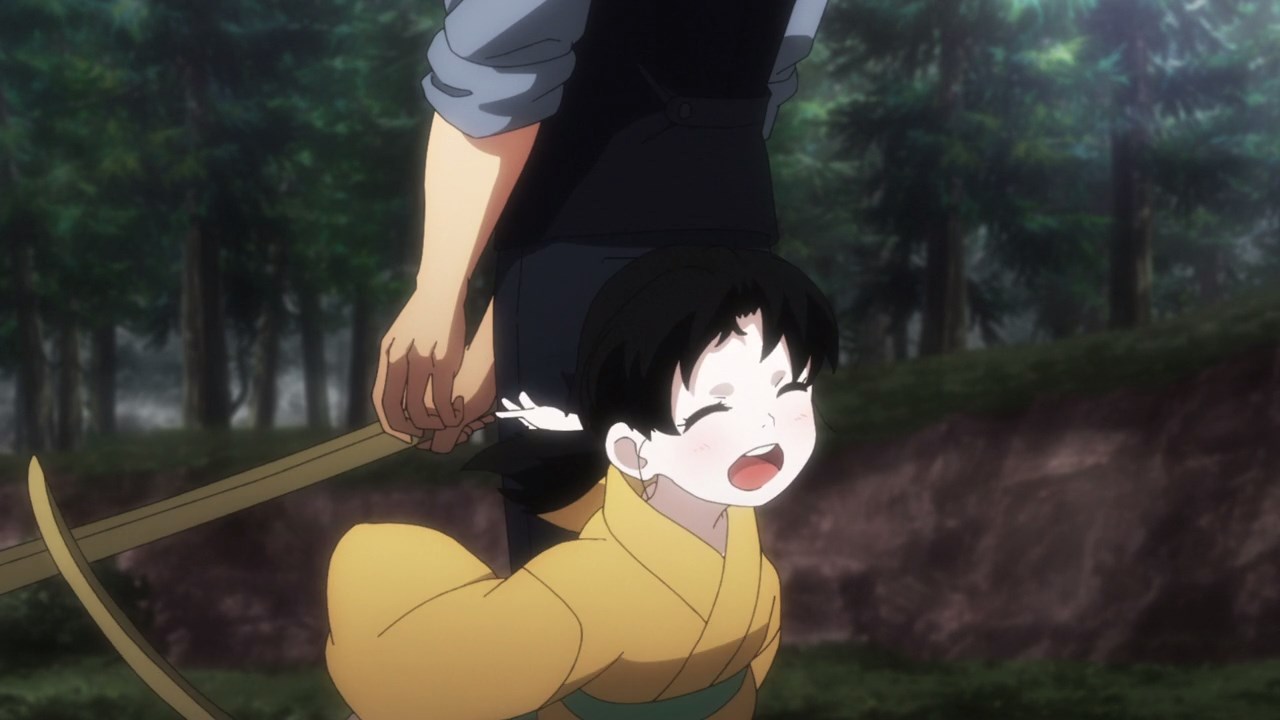 Of course, Kuzuhara will have to train a young survivor in order to not only defend herself, but become the essential asset to Nue in the future. 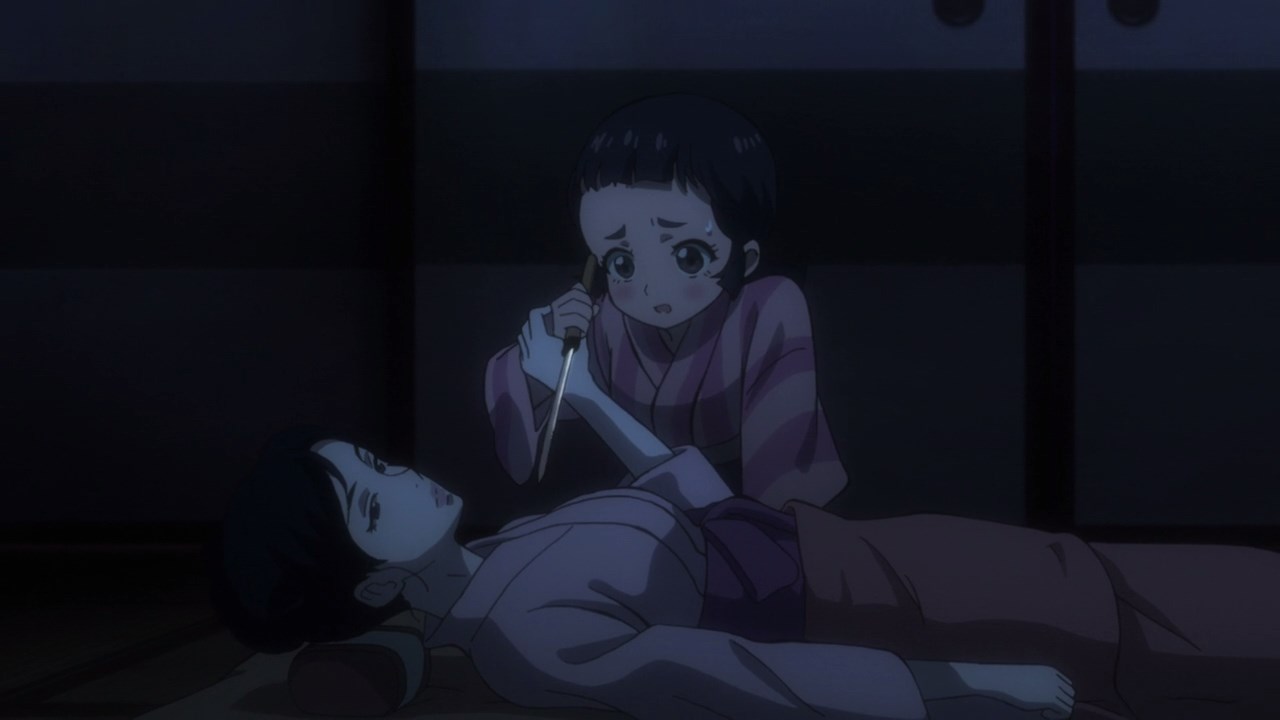 But let’s go back to the present where Sawa Yukimura is alive, but she was attacked by Asahi Nakamura in which Sawa managed to stop the young girl from stabbing her. Okay, why would Asahi attempted to kill her only guardian? 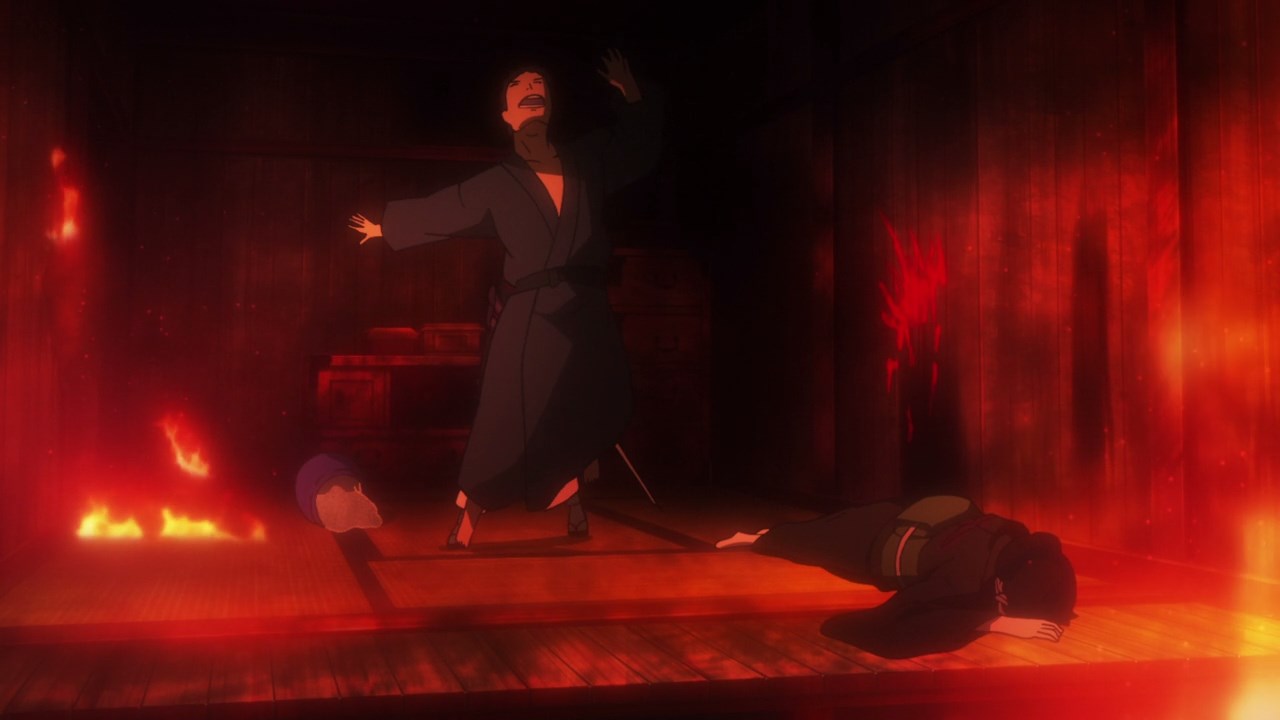 Well, the truth is that Sawa Yukimura killed Asahi’s parents. Of course, there’s more to this story as her parents are selling their own daughter for prostitution.

You know what, I think it’s justifiable for Sawa to murder Asahi’s parents because they’re horrible people. 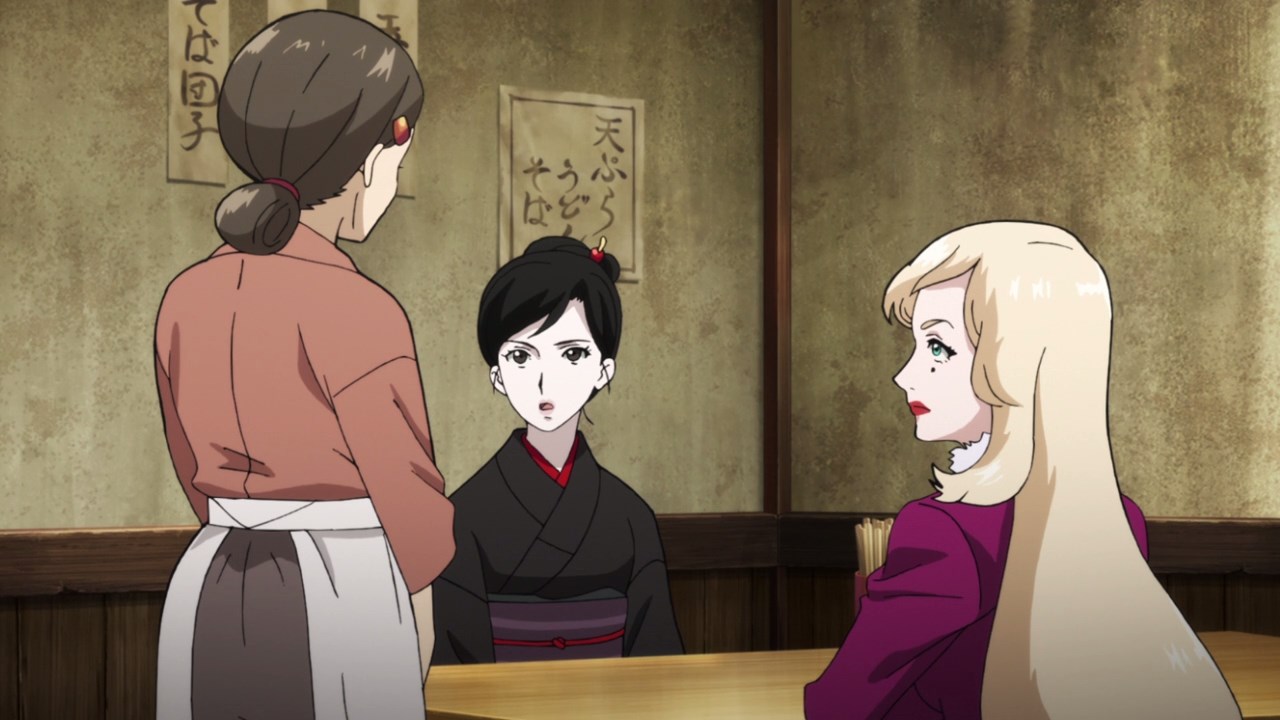 Let’s move onto the next scene where Sawa Yukimura and Elena Hanakaze went to a restaurant, but they’re not here to dine in because they’re meeting a certain person. 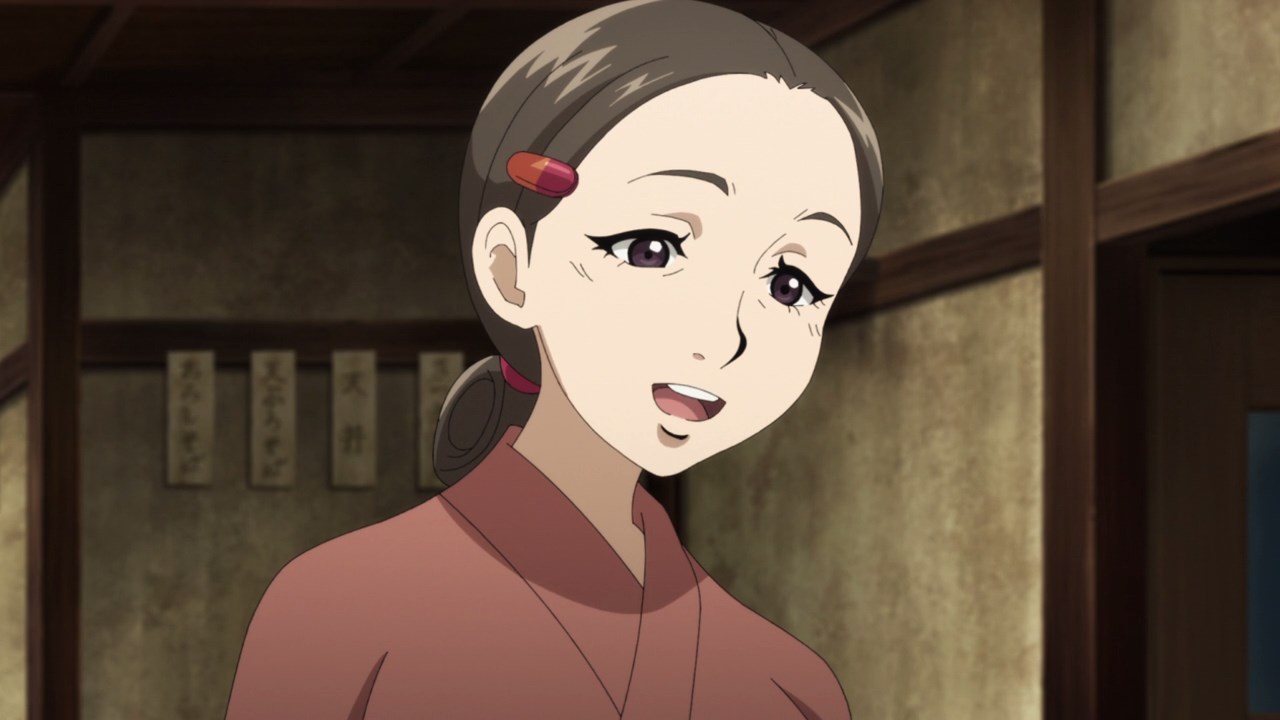 This is Kyouko Shimozono, also known as the treasurer where she’s an informant to Nue and thus being targeted by terrorists. Gotta say that Shimozono is in danger. 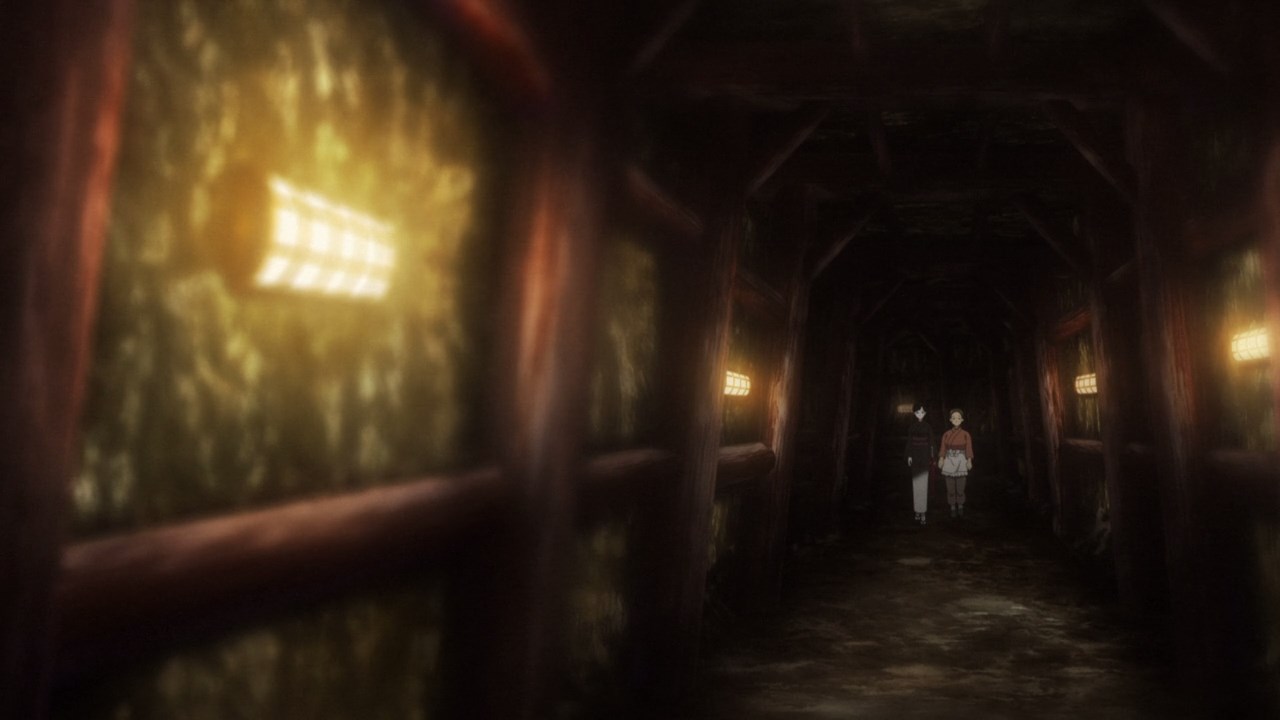 So, Sawa Yukimura took the treasurer to an underground passage where Kyouko is planning to make her escape together with her son.

Of course, it’s not easy to get away when the Tokugawa Shogunate holds absolute power across Japan. 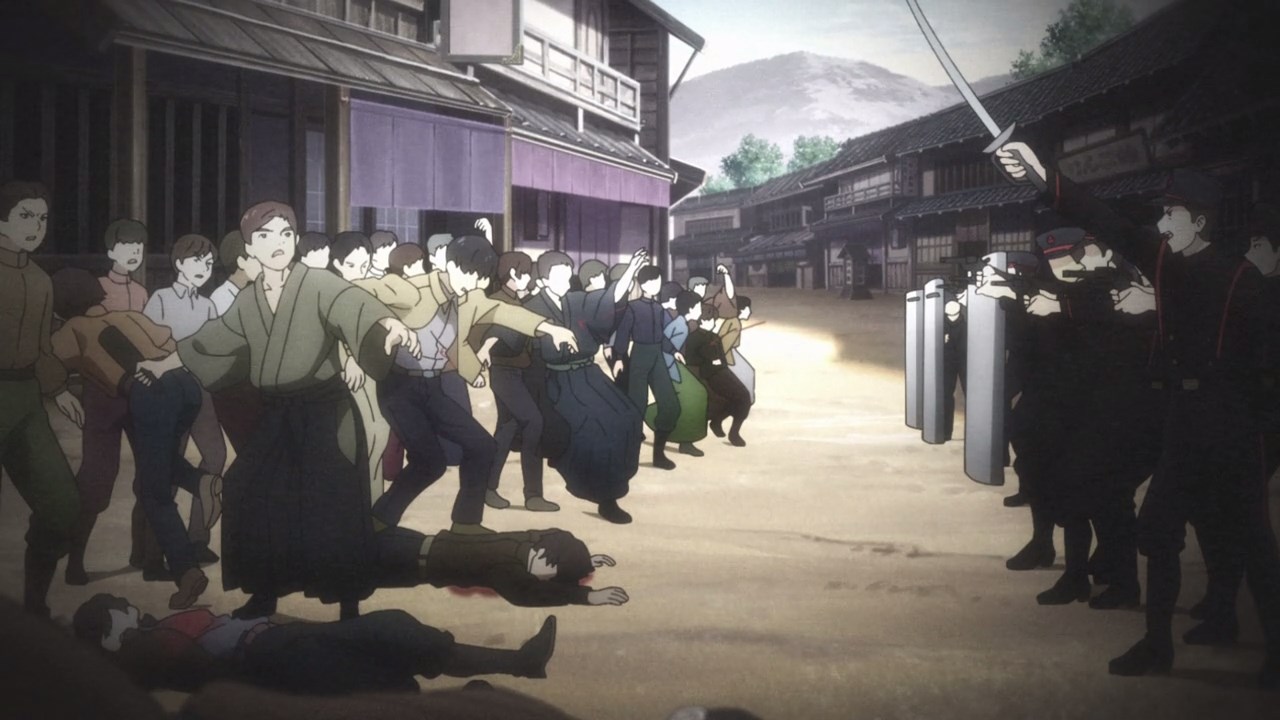 In fact, the shogunate kills anyone who dare questioned their legitimacy. Heck, they even mask their purging of dissidents as an epidemic.

Well then, it’s time for Sawa Yukimura to escort Kyouko Shimozono to safety ’cause she knows everything about the shogunate, including the Karasumori clan. 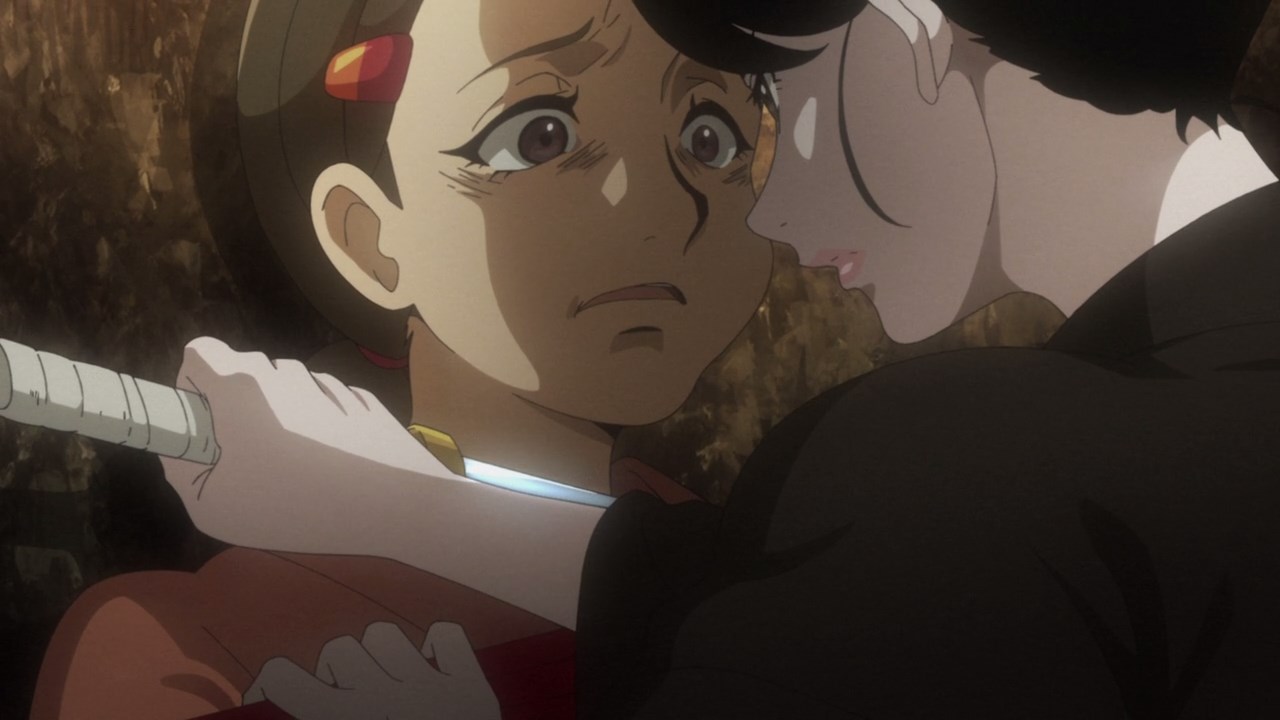 Of course, Sawa wants answers from Kyouko as she wants to know why and how her village was attacked?

While it’s Janome who’s mostly responsible, I think that the shogunate plays a part on purging the Karasumori clan. For now, Sawa Yukimura will have to complete her mission. 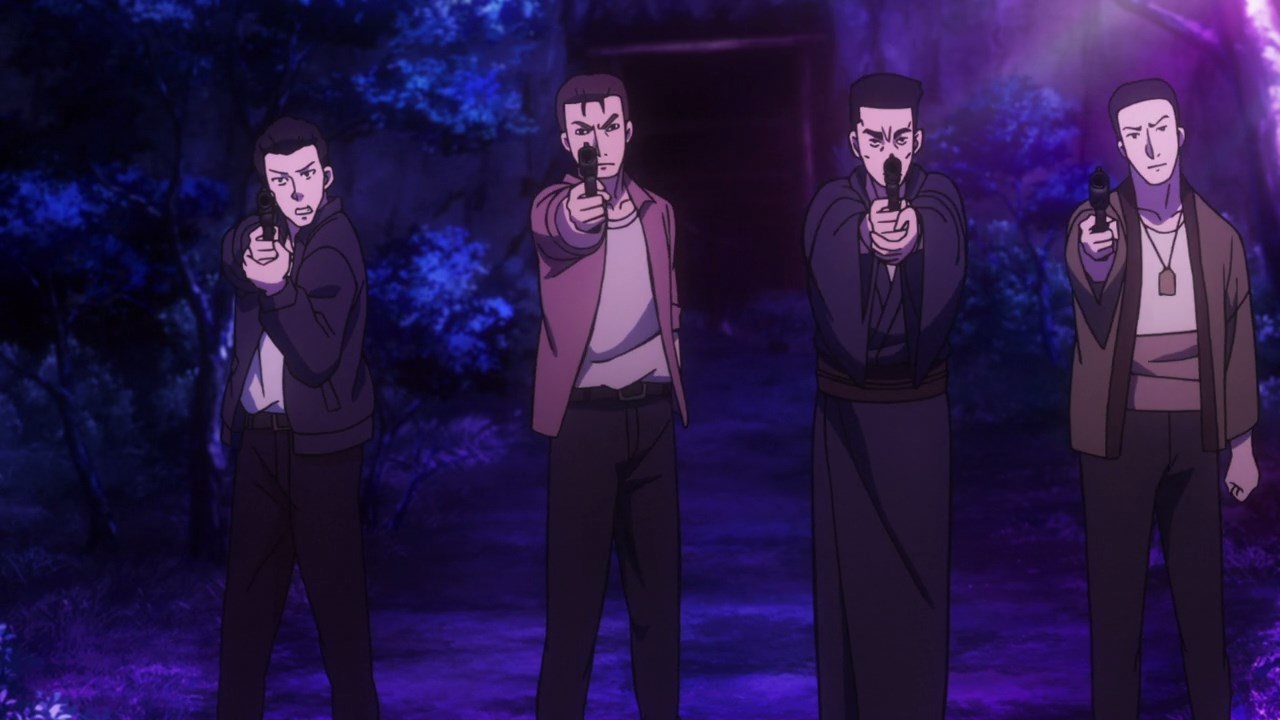 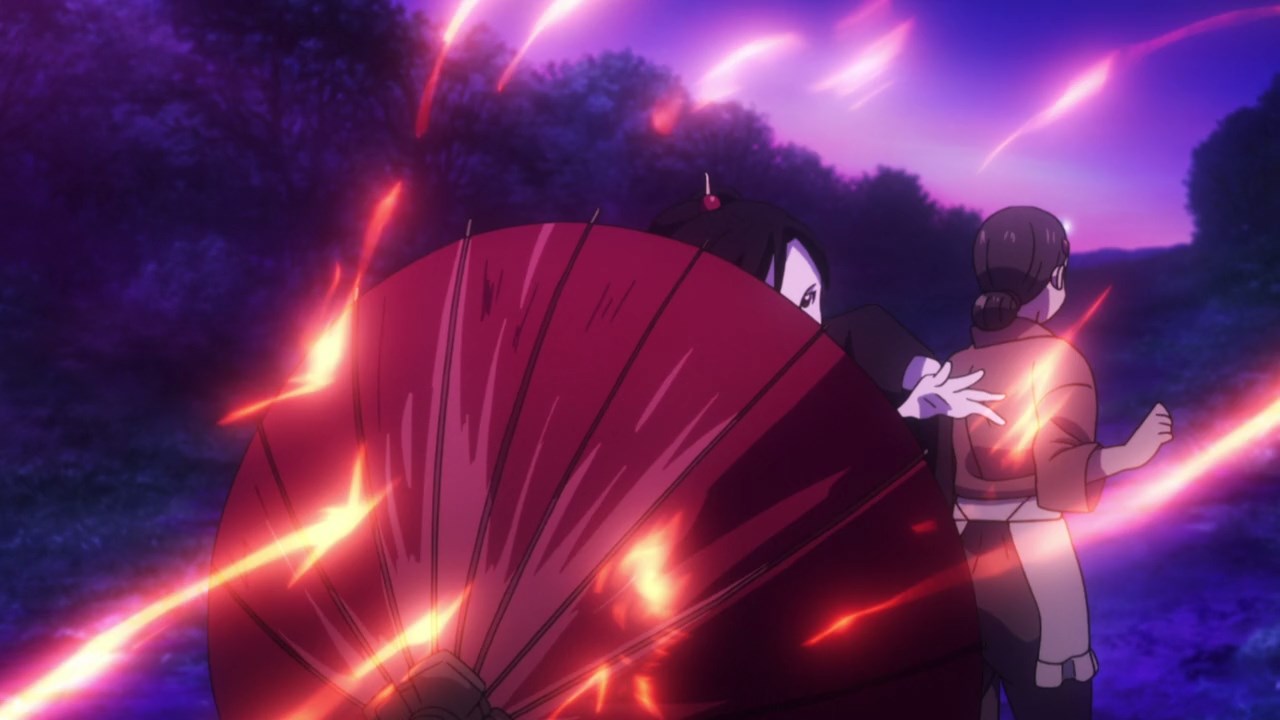 Well, that’s until some goons ambush both Yukimura and the treasurer. Good thing Sawa has a bulletproof umbrella to protect Shimozono from gunfire. 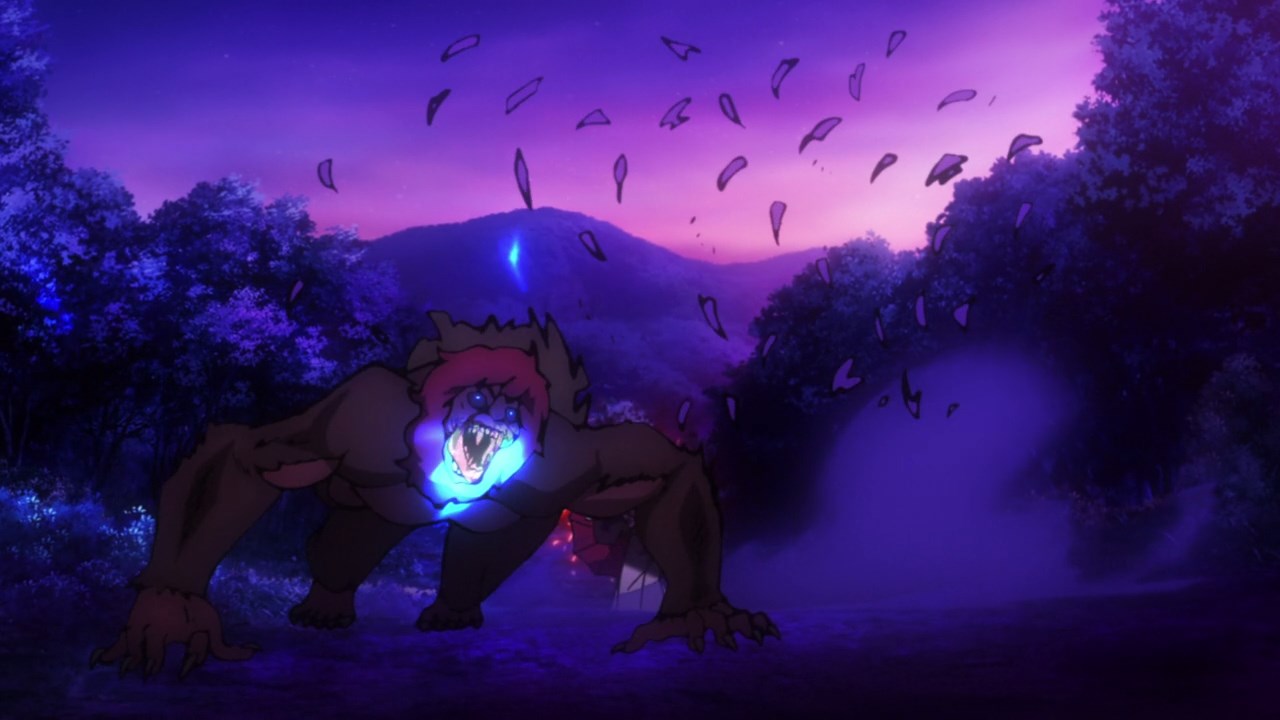 Unfortunately, it appears that those goons got backup in the form of a Changeling where it’s chasing the treasurer. 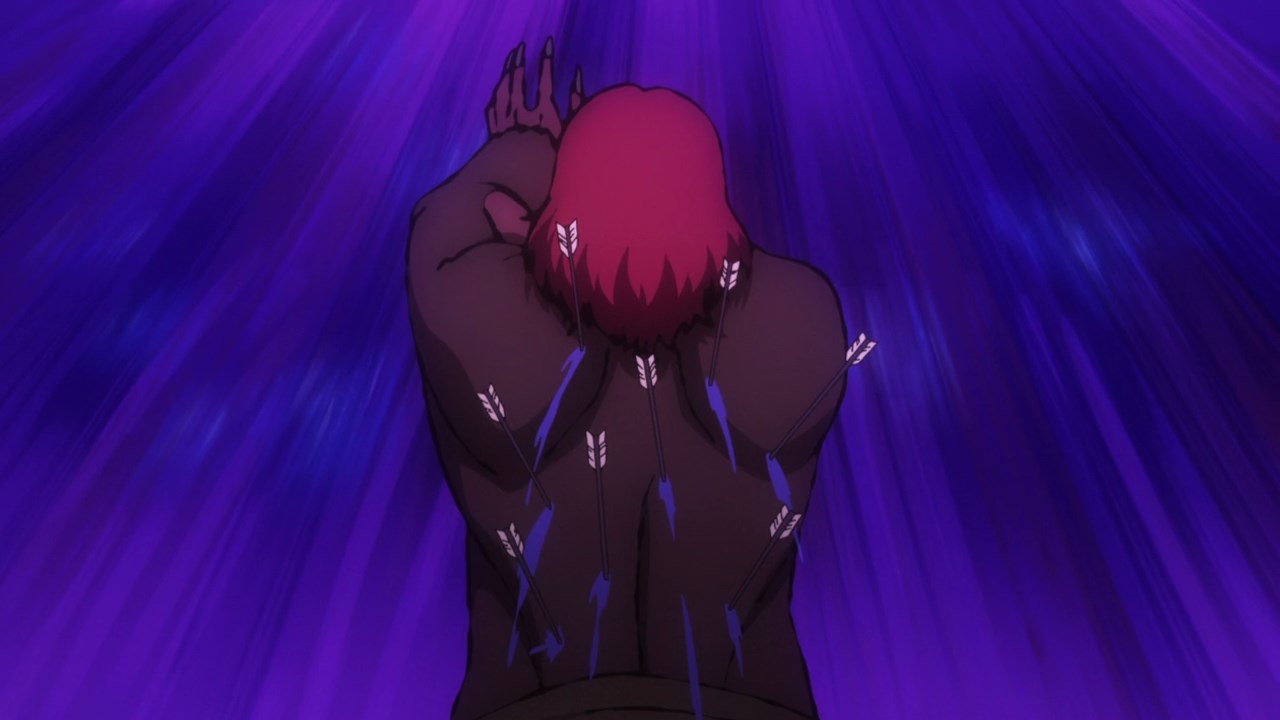 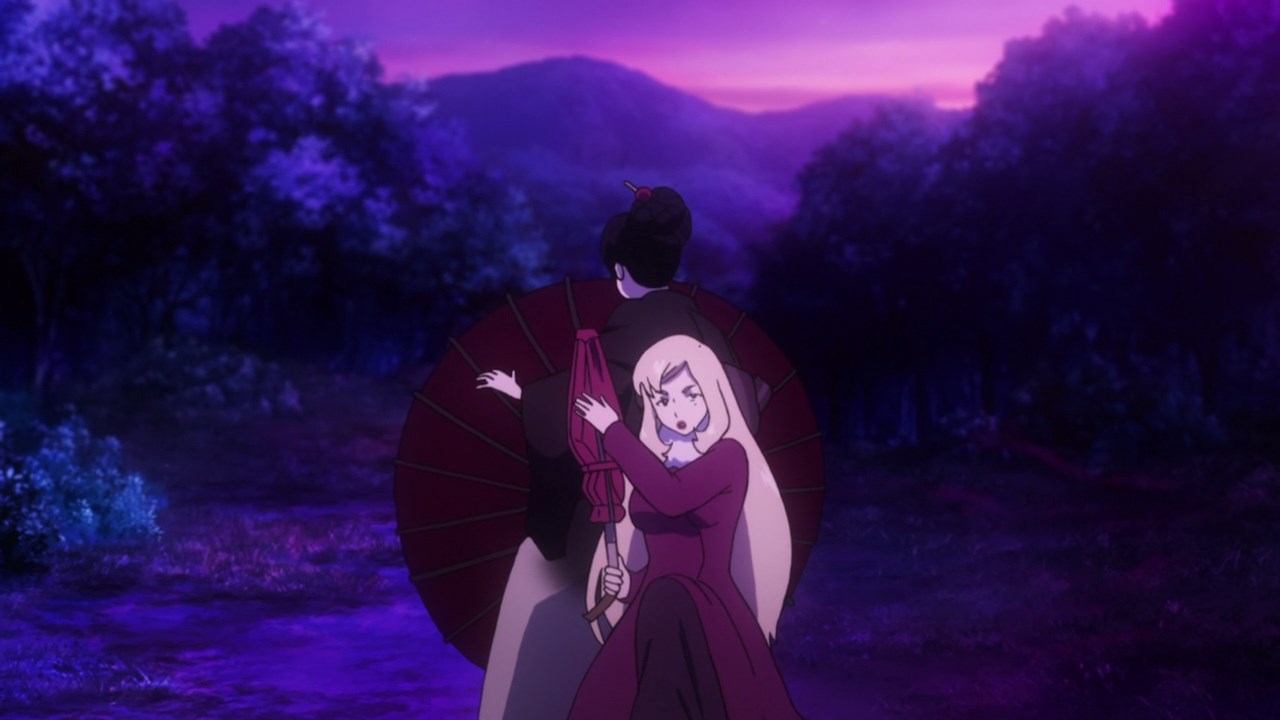 Luckily, Elena Hanakaze has arrived to help Sawa Yukimura out, although she ran out of bolts upon shooting down the Changeling. 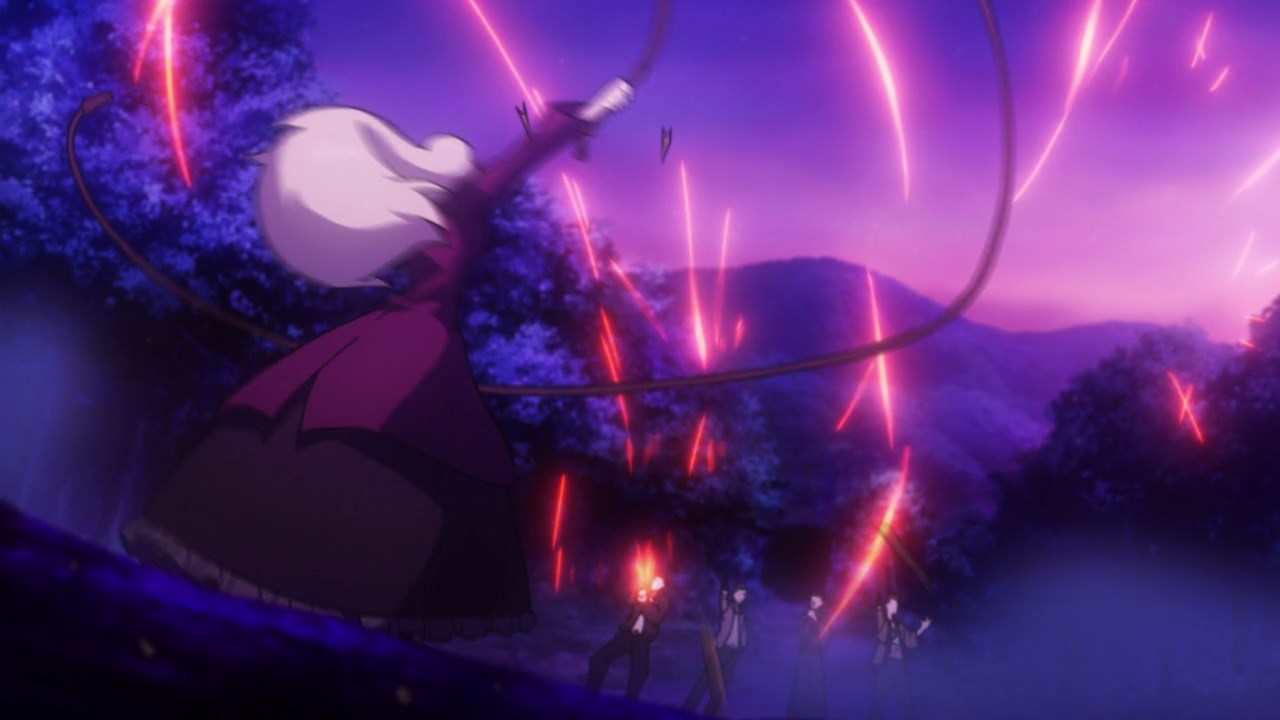 But hey, Hanakaze has her whip in which she’ll whip those goons real good. Now the only thing left to do is to take that Changeling down. 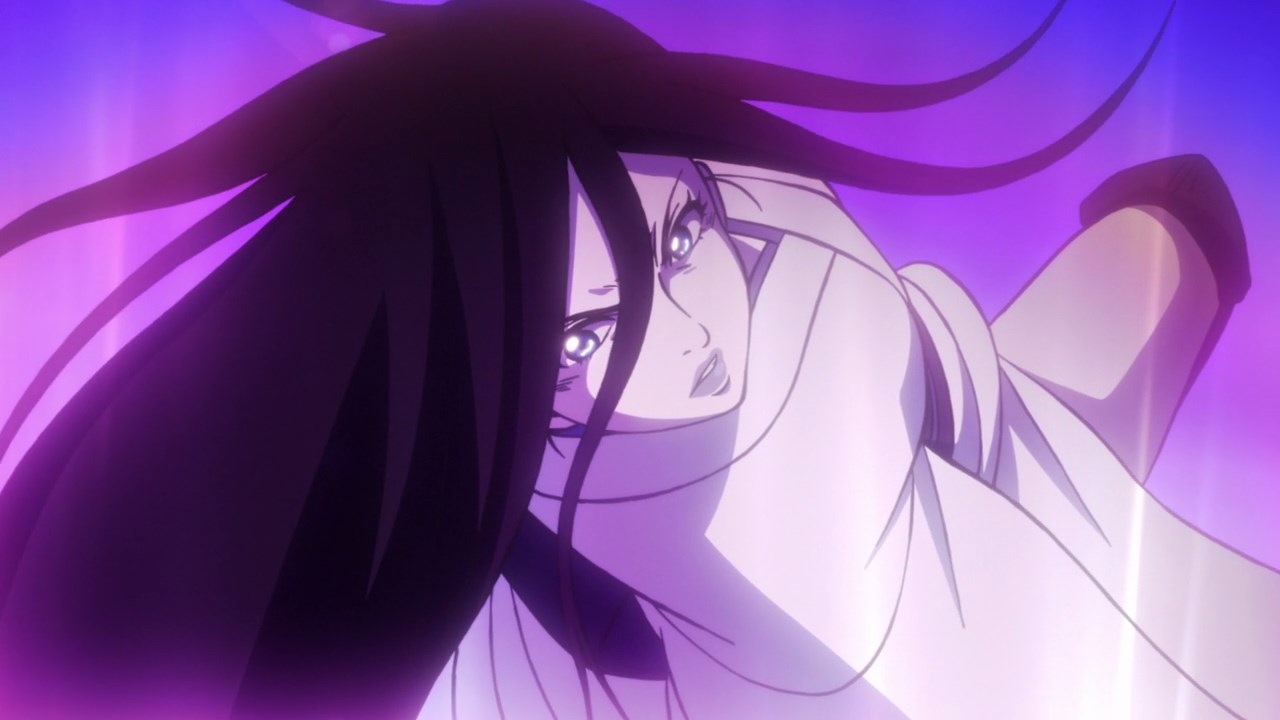 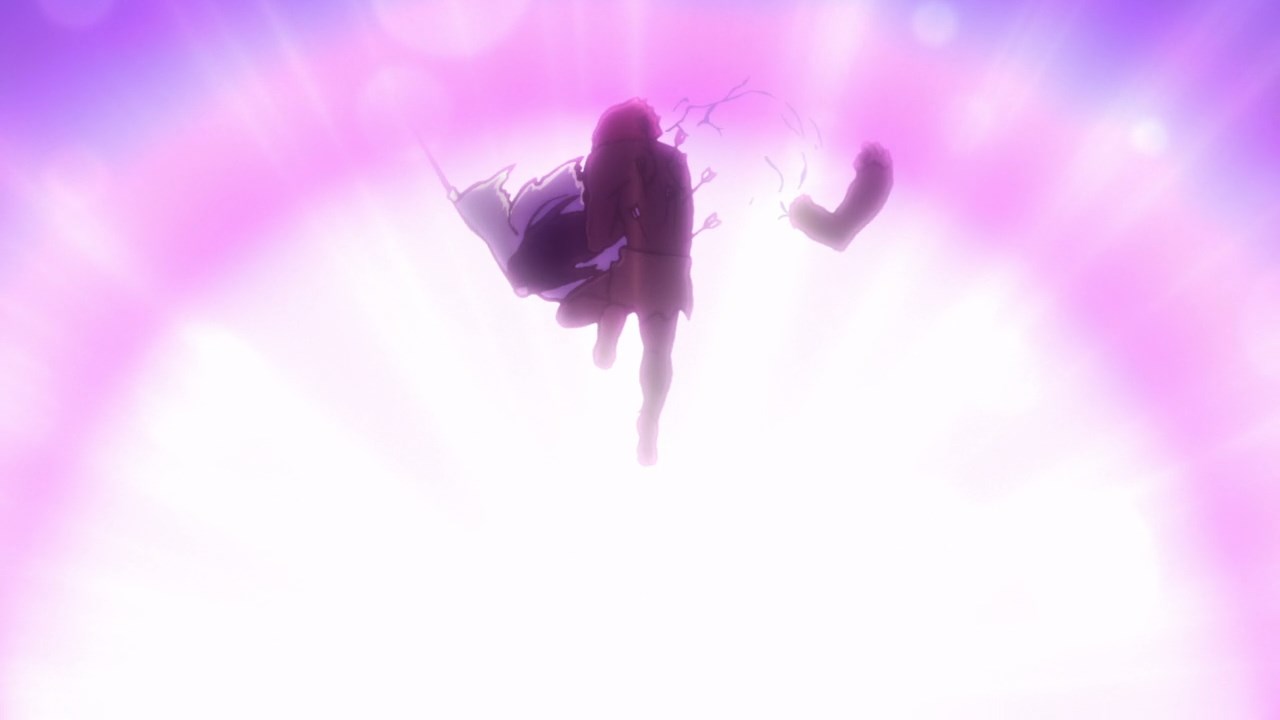 Fortunately, Sawa Yukimura cut the Changeling down in one strike of her katana. Come to think of it, I think this monster didn’t come to assist the goons.

But with that said, this Changeling is history thanks to Sawa Yukimura, although it reverted back to its human form where it’s revealed to be a woman.

Furthermore, it turns out that this red-haired woman is working for Janome where she stole documents from Nue. This means that the man himself already knows that the surviving member of the Karasumori clan is alive. 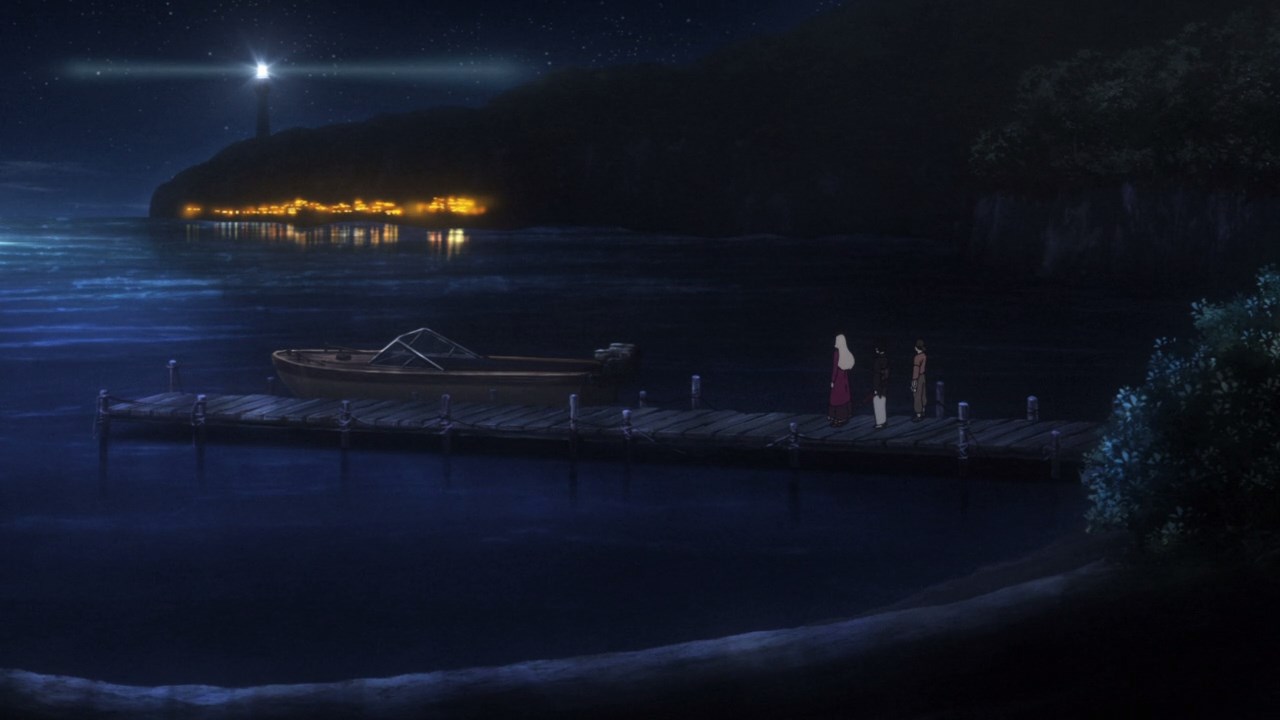 Now then, it’s time to take the treasurer to a safe place via a boat. Well, looks like Nue is done with there mission. 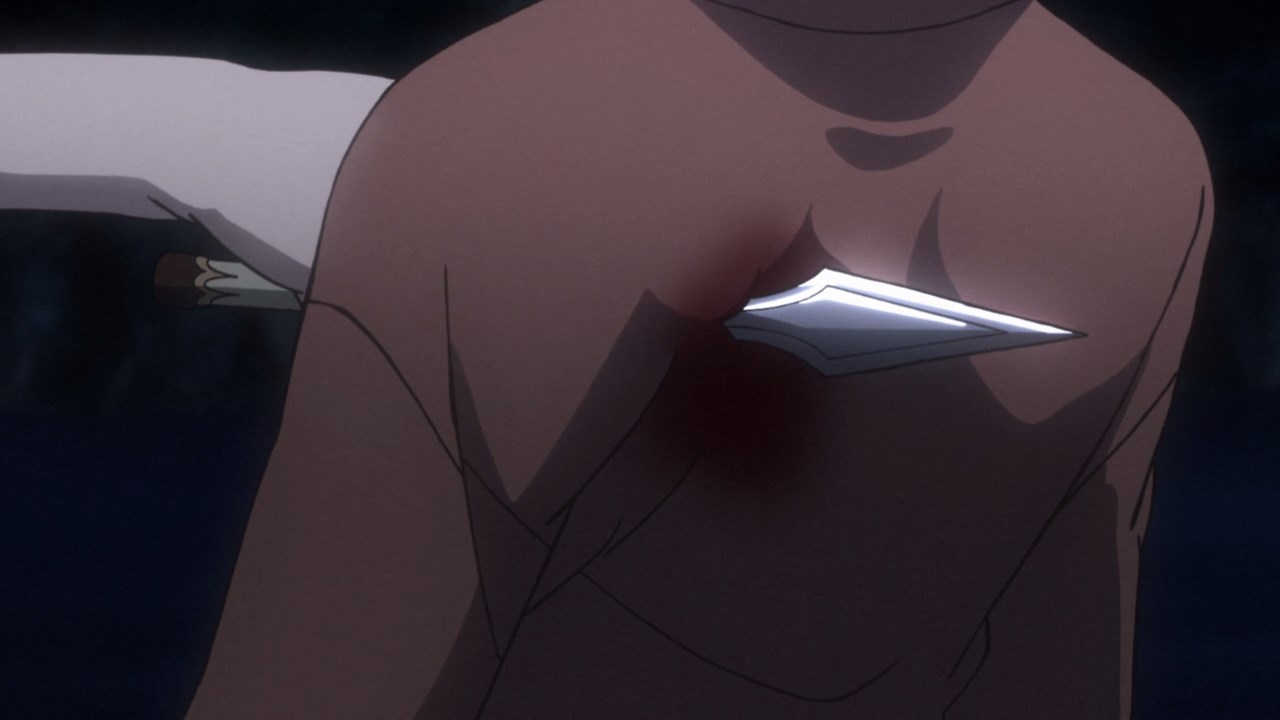 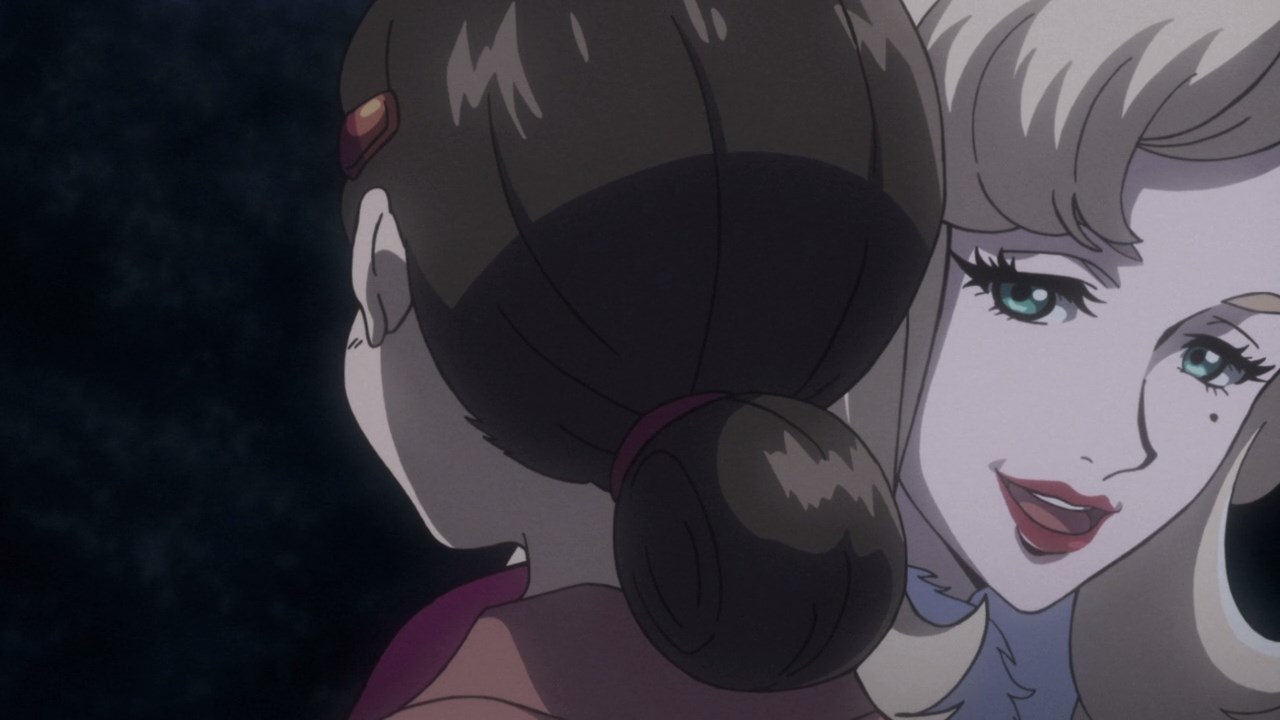 Except that Elena Hanakaze has decided to go rogue by stabbing Kyouko Shimozono with a knife. Okay, what’s going on here!? 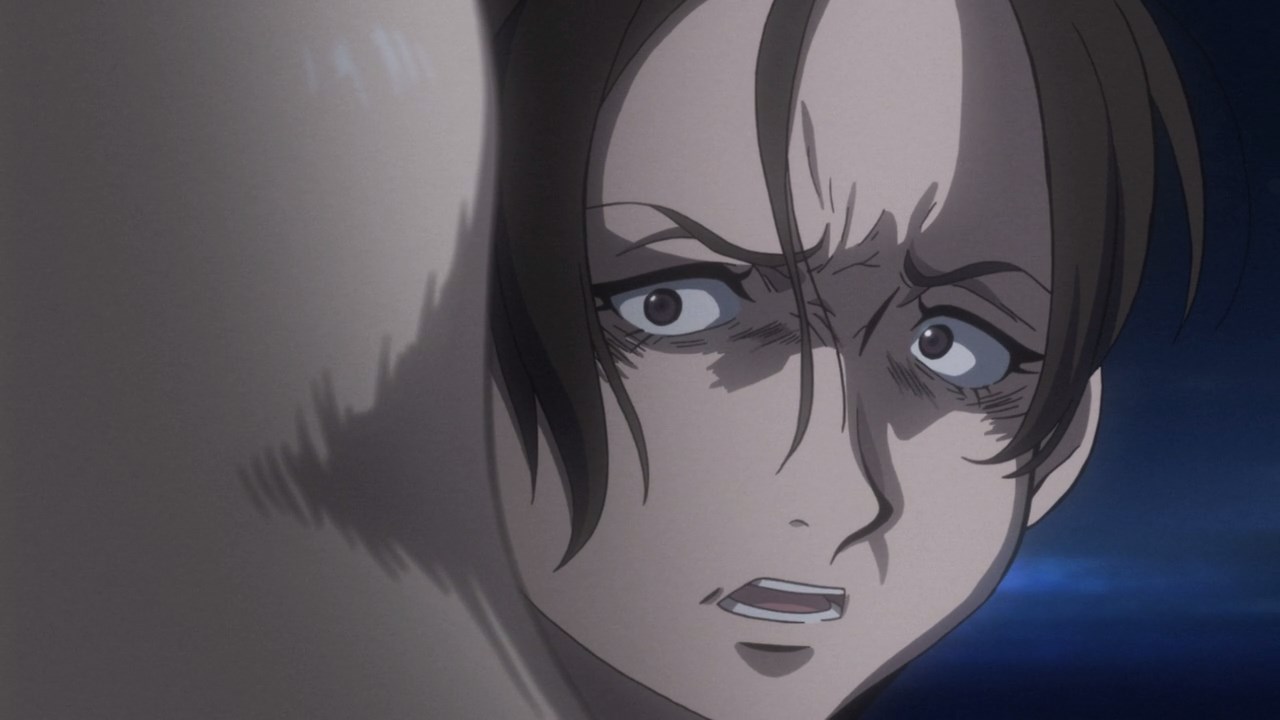 Oh and to twist it further, Hanakaze told the treasurer that her son is already dead.

You know something, I think that the shogunate ordered someone like Hanakaze to assassinate Shimozono because she knows too much. 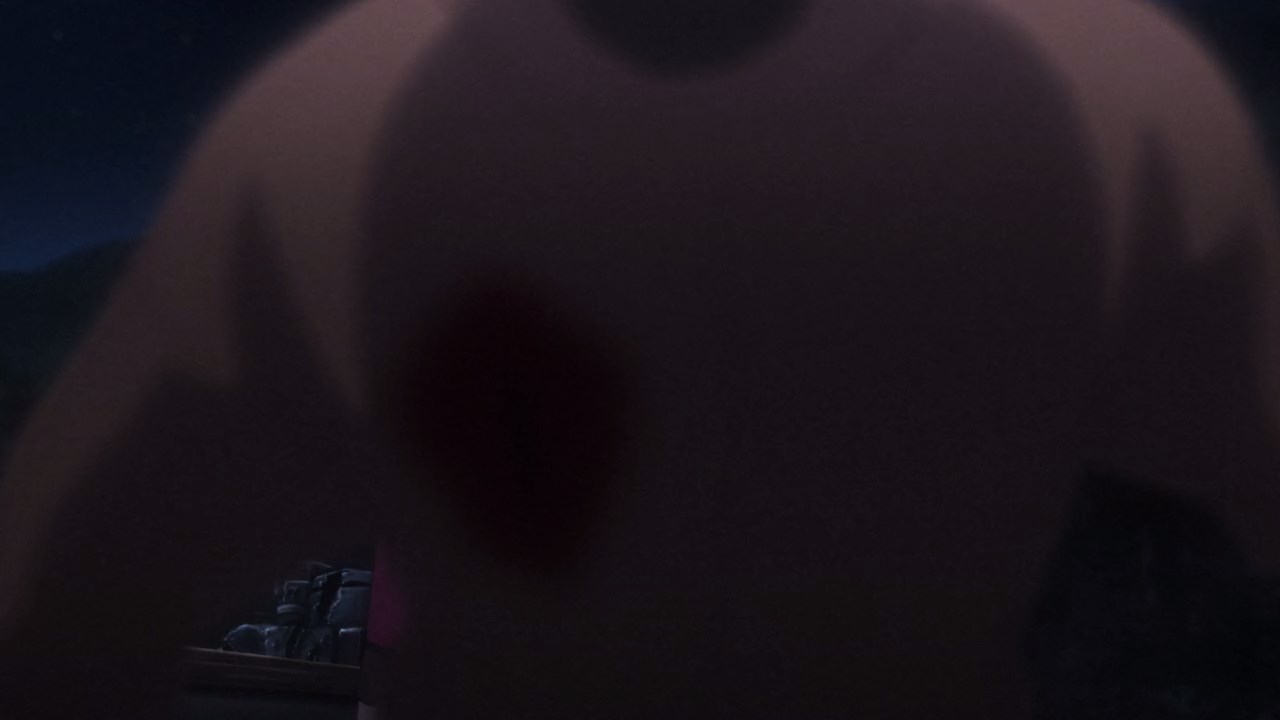 With that said, Kyouko Shimozono is dead thanks to Elena Hanakaze, meaning that Sawa Yukimura will never learn the truth on why the Karasumori clan wiped out. 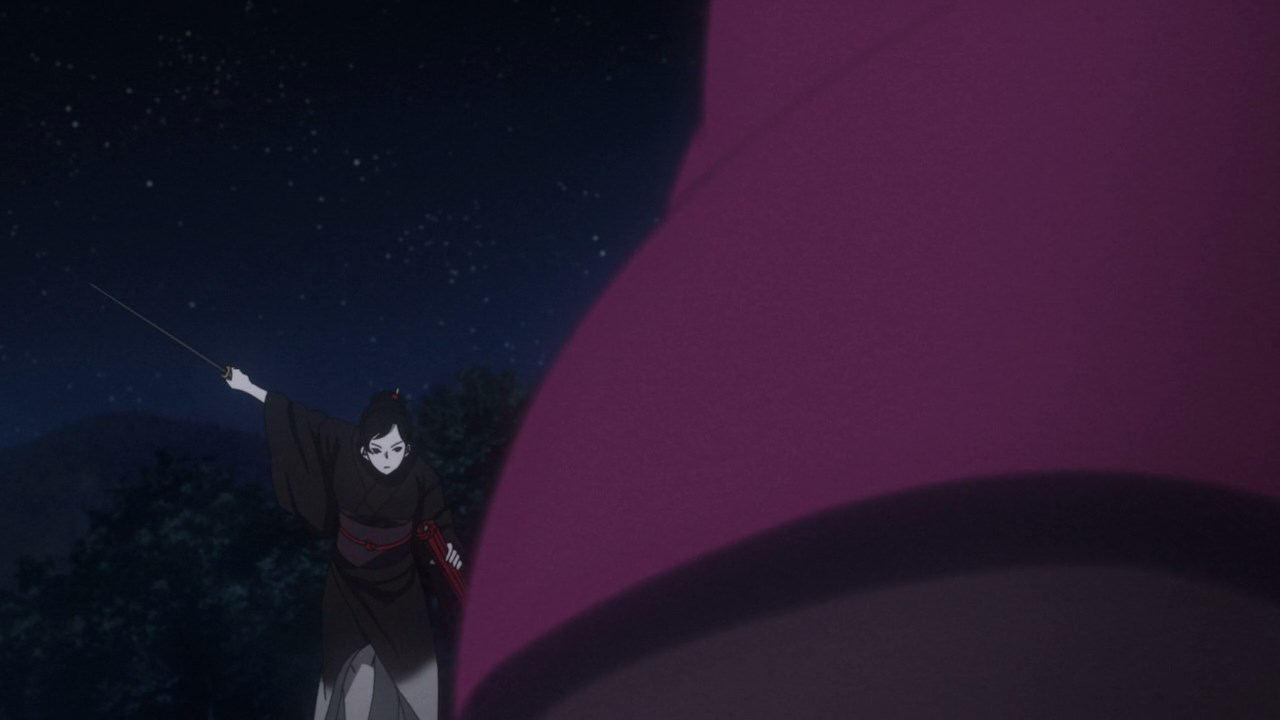 And speaking of Sawa, she’s really furious towards Elena as she’s about to kill her fellow executioner. You know something, I think Jin Kuzuhara should keep them on a leash.

Anyways, looks like we’re done on the 2nd episode as I’ll see you next time. Seriously though, the shogunate are trying to kill everyone in order not to see their dirty laundry.