Here’s a grumpy Gauma to start this episode as it turns out that he was once part of the Kaiju Eugenicists, but Gauma decides to leave the group due to disagreements. C’mon, using kaiju to murder people made him sick. 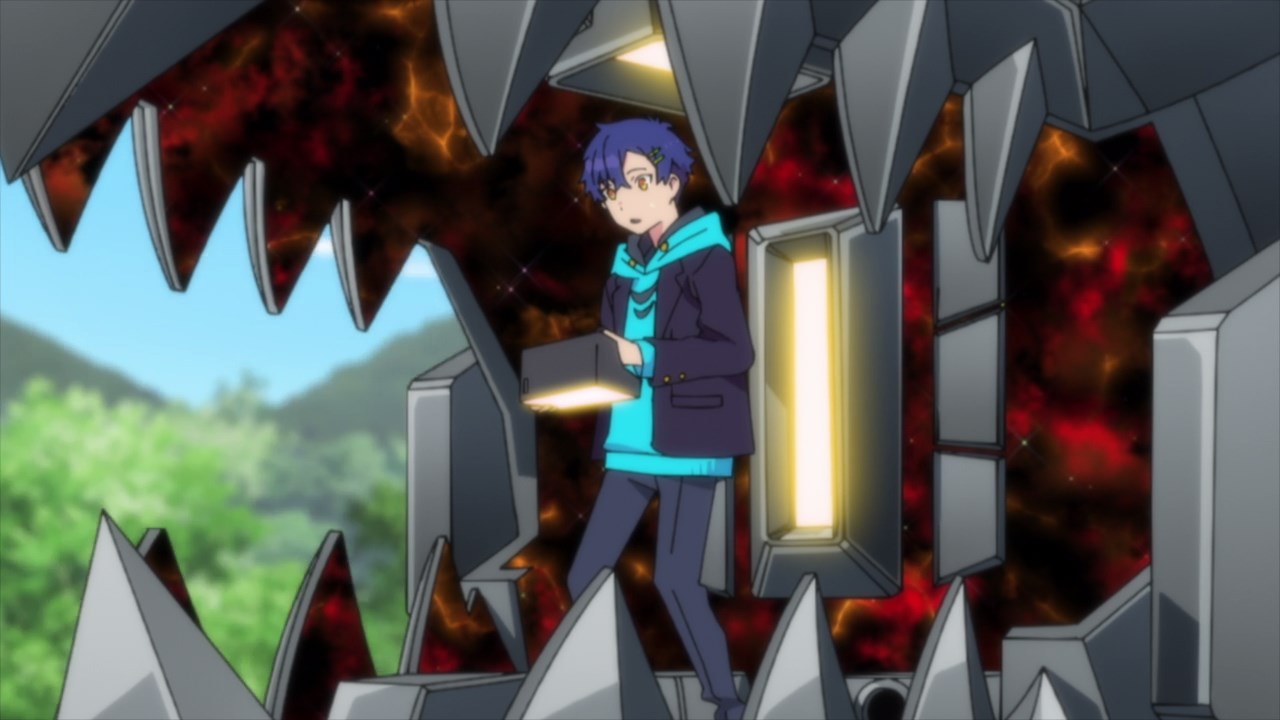 For the time being, Gauma’s new allies will have to train harder should a new kaiju arrives. Of course, Yomogi Asanaka needs put more effort on piloting the Dyna Soldier. 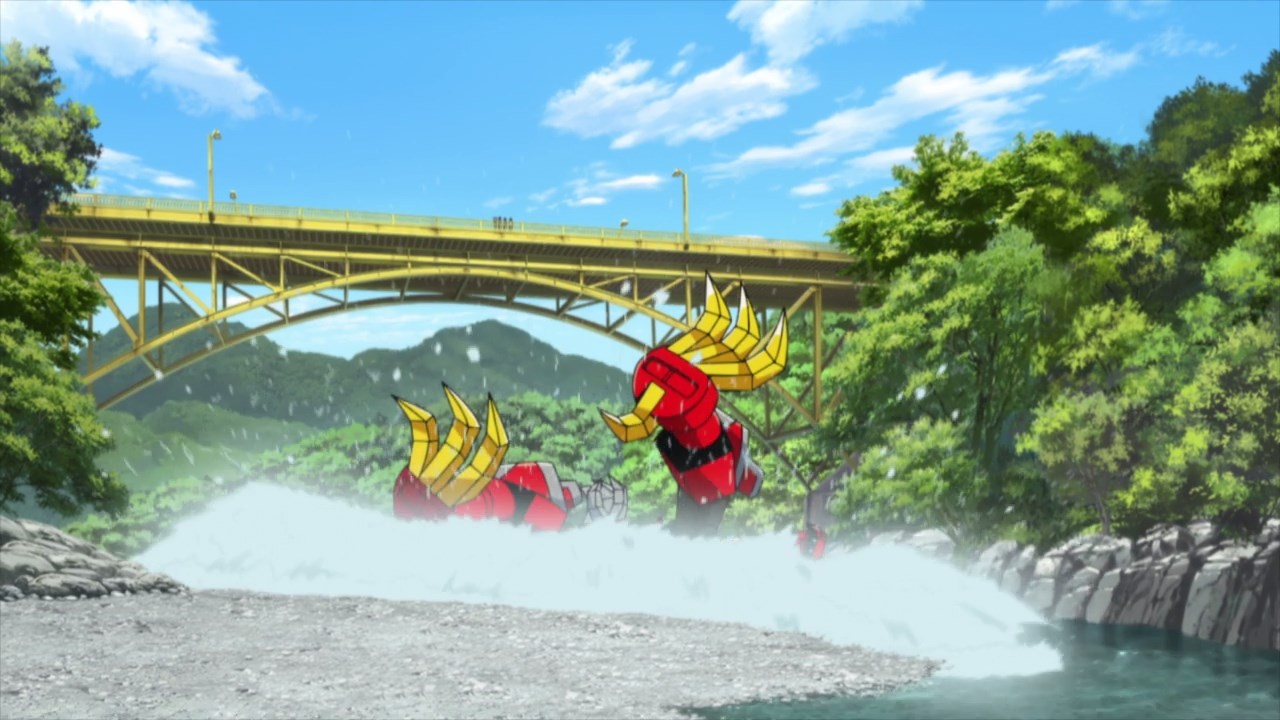 Then again, his part-time job limits Yomogi’s time to pilot his machine. With that said, it’s time to find out more about the characters’ backstory. 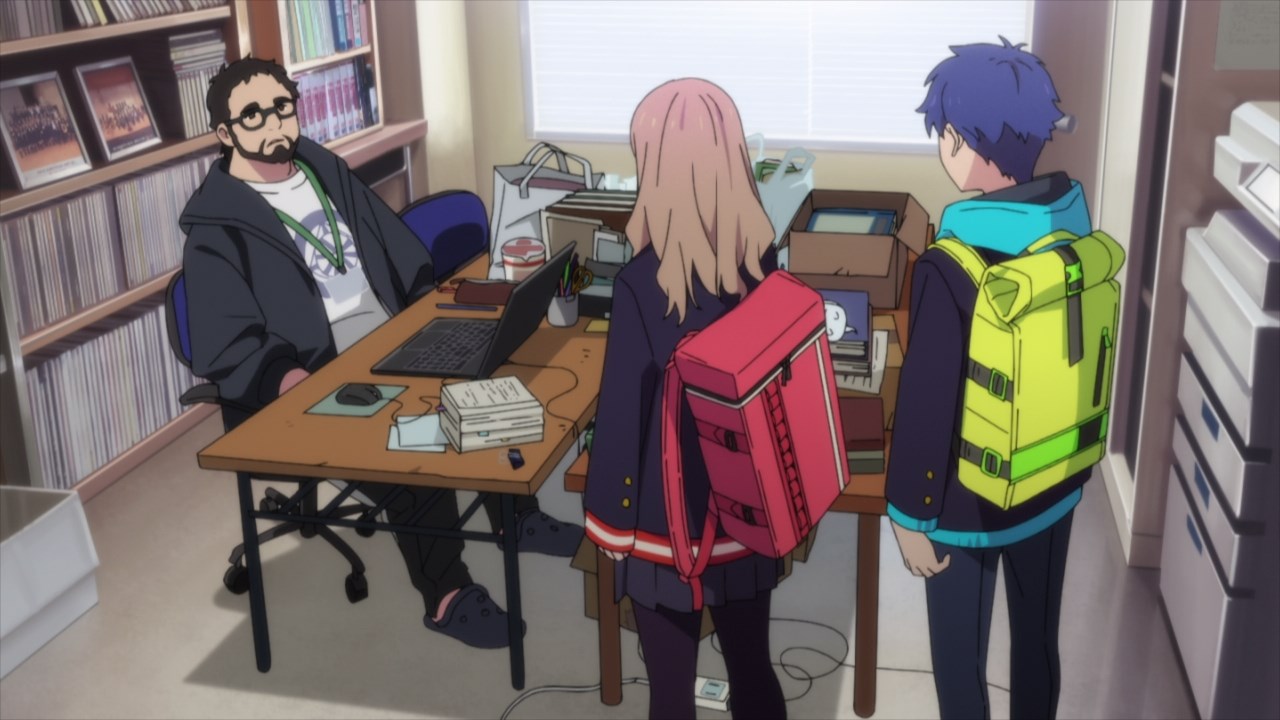 Let’s start with Yume Minami where she still finding answers about her older sister. In fact, Yume asked the advisor of the choir club, although he doesn’t know much about her sister from 5 years ago.

Regardless, Yume will continue to find more answers as it turns out she was invited by her older sister to attend a choir recital, which it didn’t happen due to her sister’s untimely death. 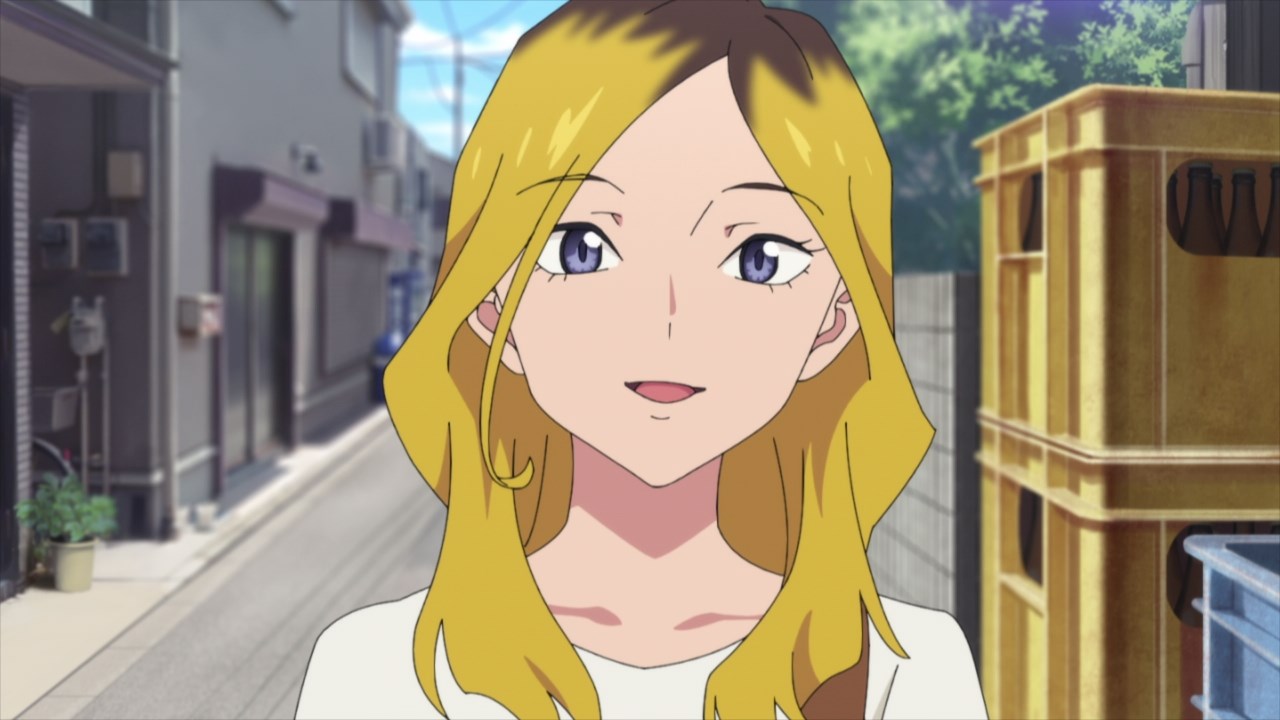 Meanwhile, it appears that Koyomi Yamanaka met a woman named Inamoto-san in which she was his classmate back in middle school. Come to think of it, I wonder if Inamoto is actually Yomogi Asanaka’s boss since she has the same hair color? 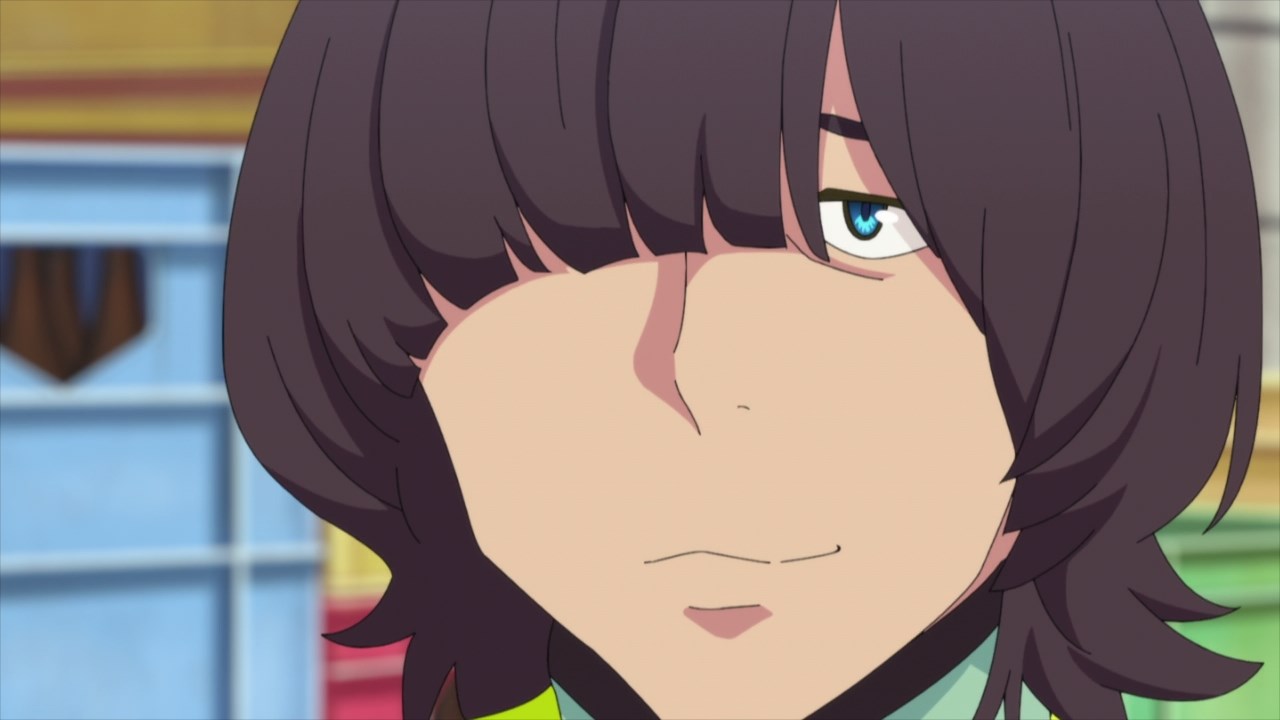 Speaking of Koyomi Yamanaka, looks like he’s having an awkward conversation with Inamoto-san where it’s revealed that she’s already married to someone else.

I don’t know if Yamanaka is having regrets on not dating Inamoto, but I’m really curious on why he becomes a NEET ’cause there’s more to this guy. 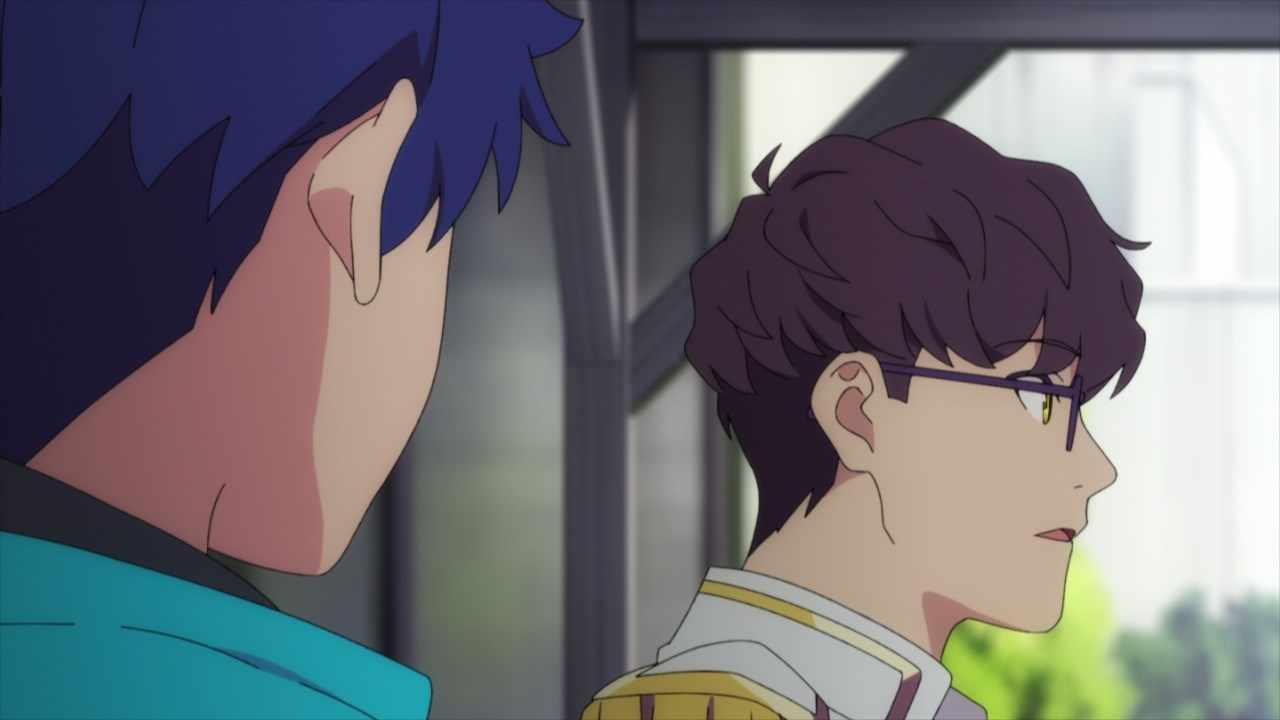 Finally, here’s Yomogi Asanaka where he met one of the Kaiju Eugenicists named Juuga, which revealed that he used to be comrades with Gauma 5,000 years ago. Wow, that’s long! 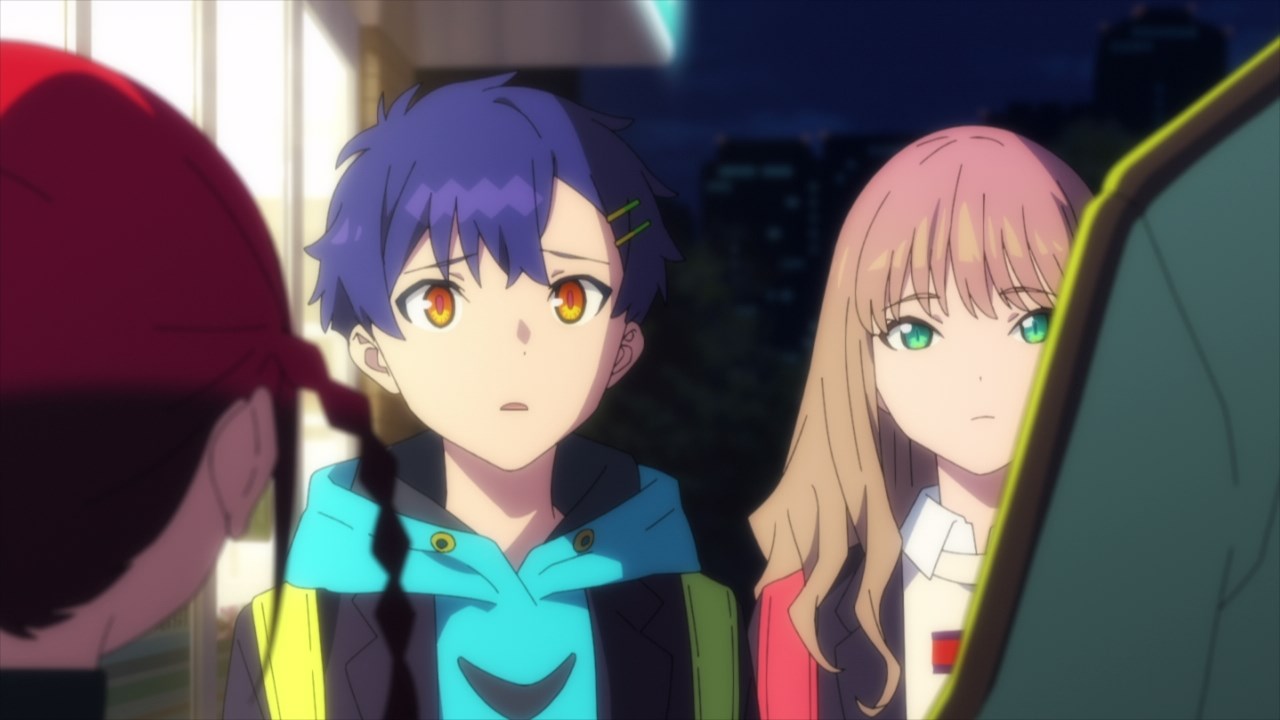 Of course, that left Yomogi very curious on why Gauma left the Kaiju Eugenicists as it’s not that simple to just betray them at the top of the hat from 5 millennia ago. 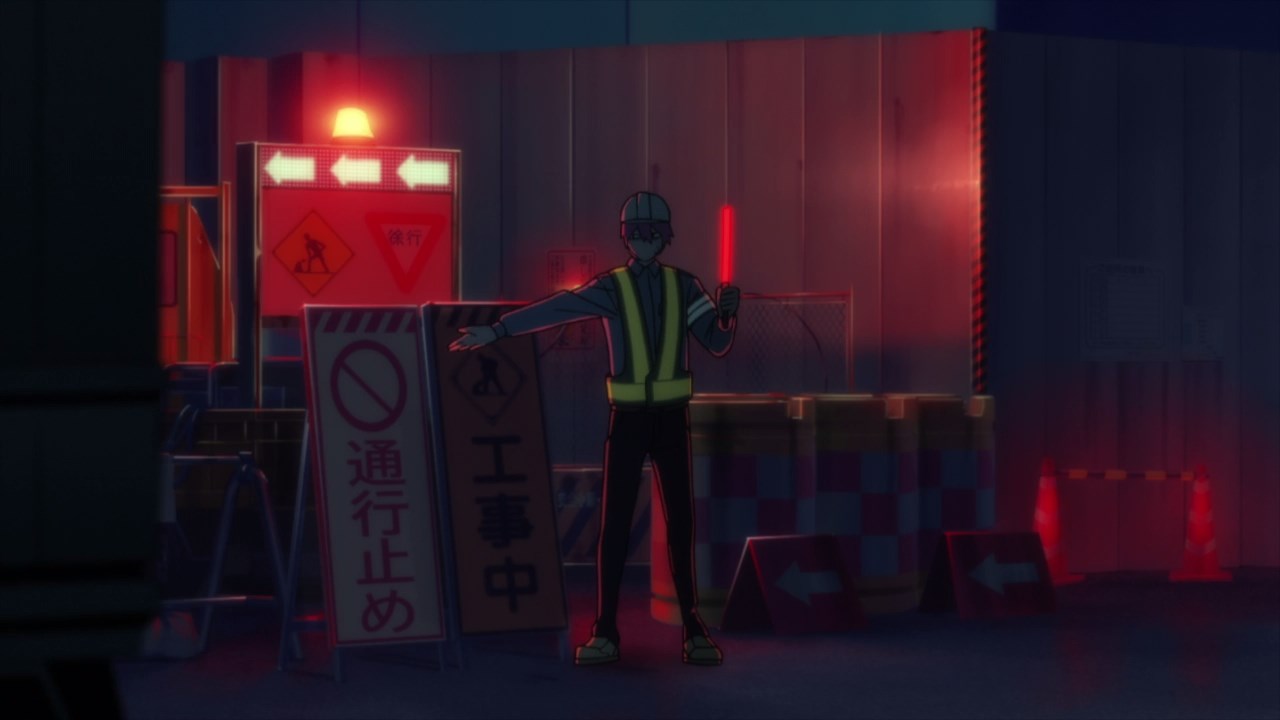 Speaking of Gauma, looks like he’s busy with this part-time job. Very surprising from this kaiju user who currently lives under the bridge. 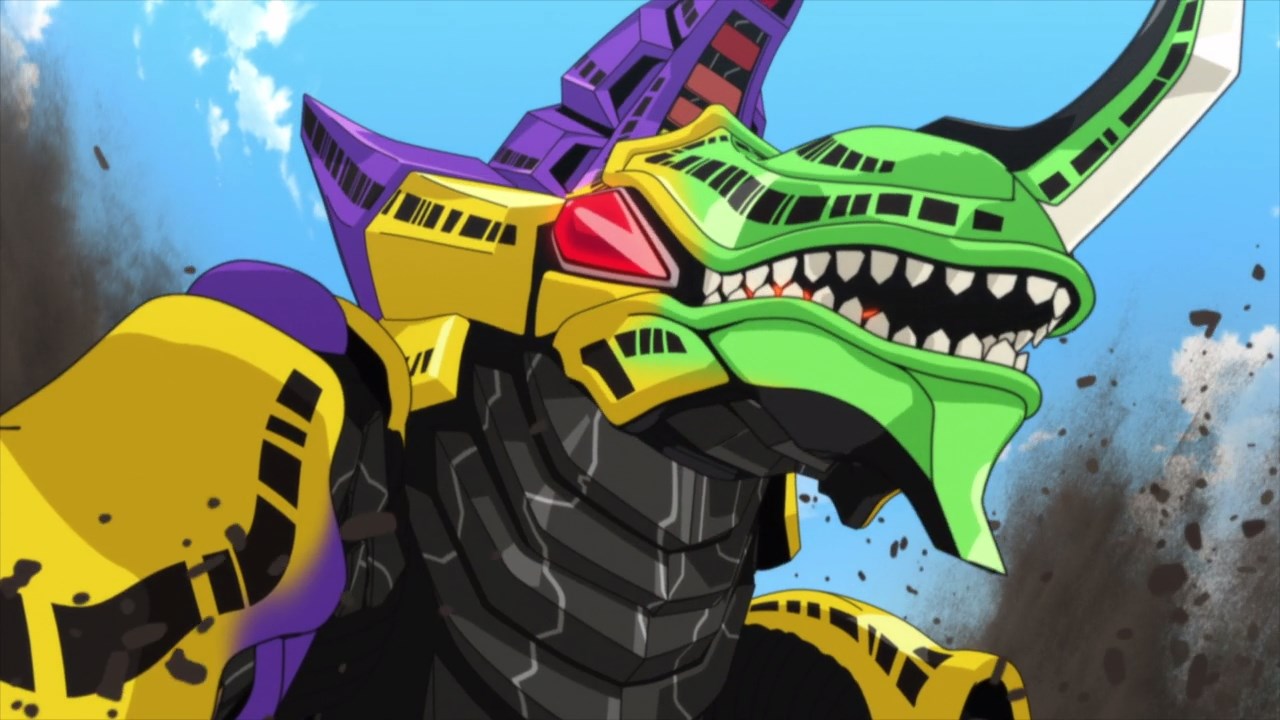 Now then, it’s time to tackle this episode’s kaiju named Banadodon where it’s wrecking havoc in Chiba Prefecture. It appears that the Kaiju Eugenicists spread their terror across Japan rather than a single city. 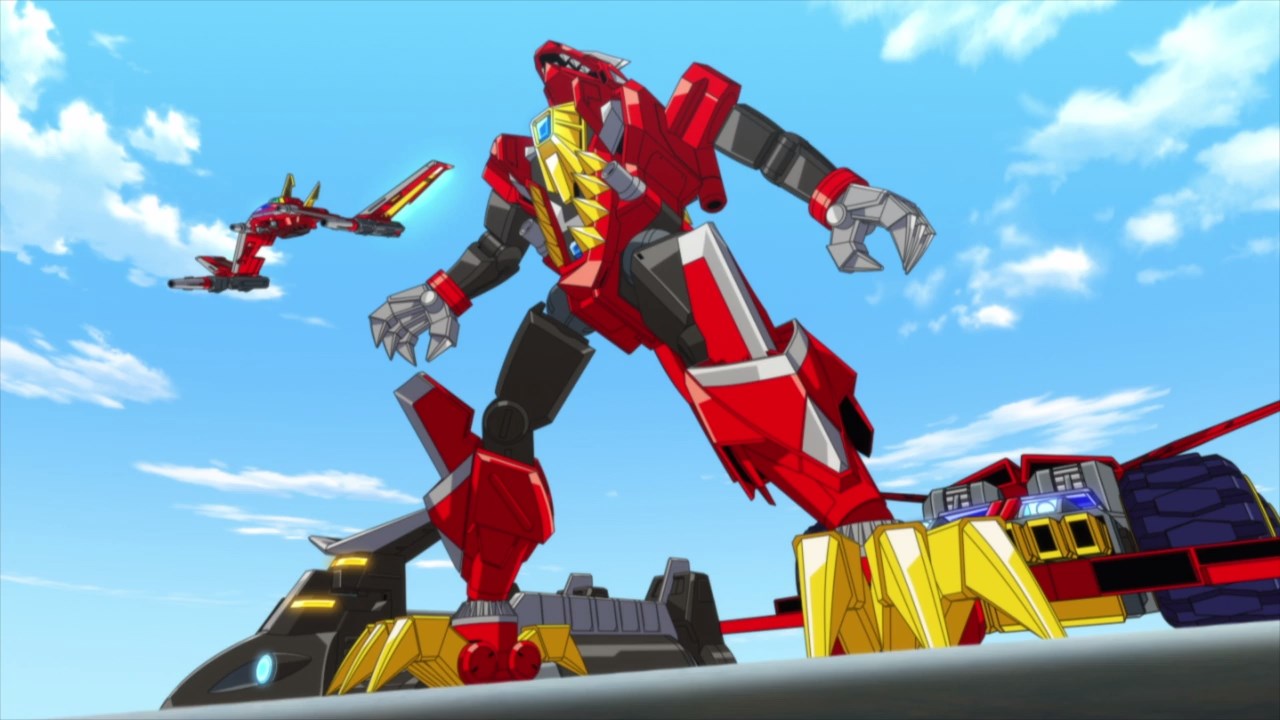 Fortunately, Gauma and his friends have arrived to stop Banadodon, although they can’t combine right now as Yomogi and the rest want to know why Gauma betrayed the Kaiju Eugenicists. 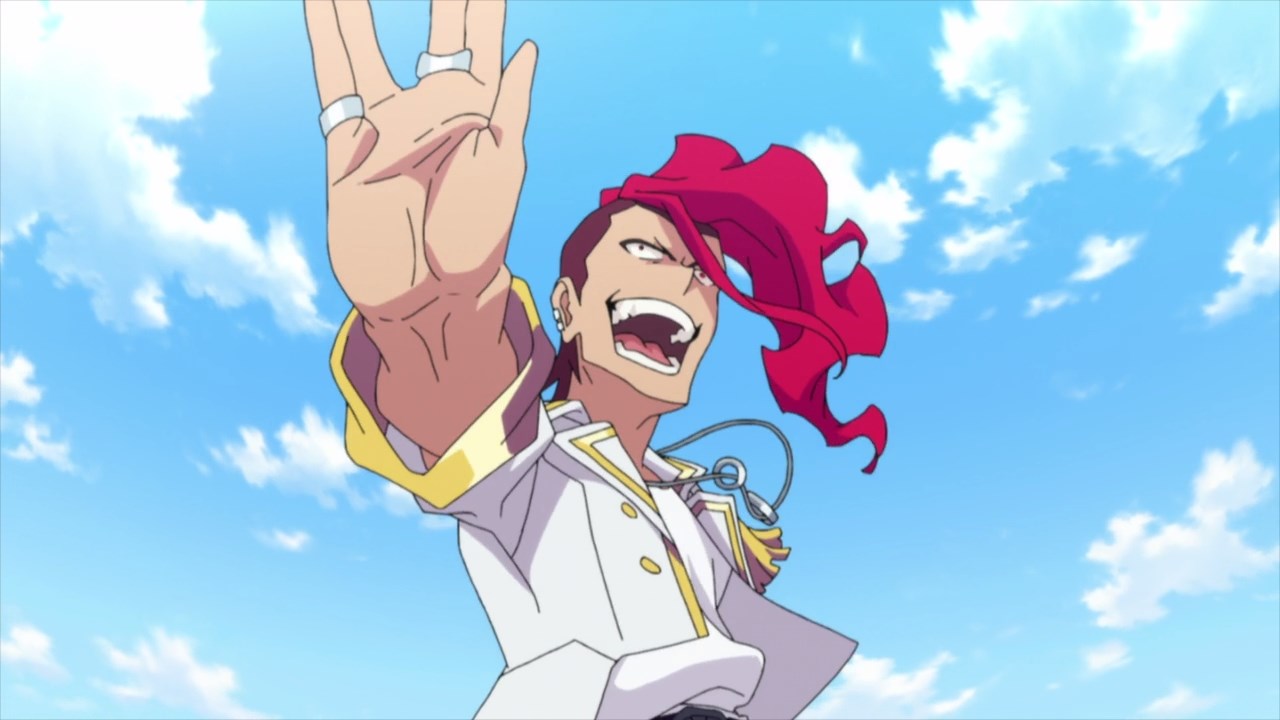 And speaking of the Kaiju Eugenicists, here’s Onija where he’s controlling Banadodon from afar. Oh yeah, Onija is really eager to kill Gauma and his friends. 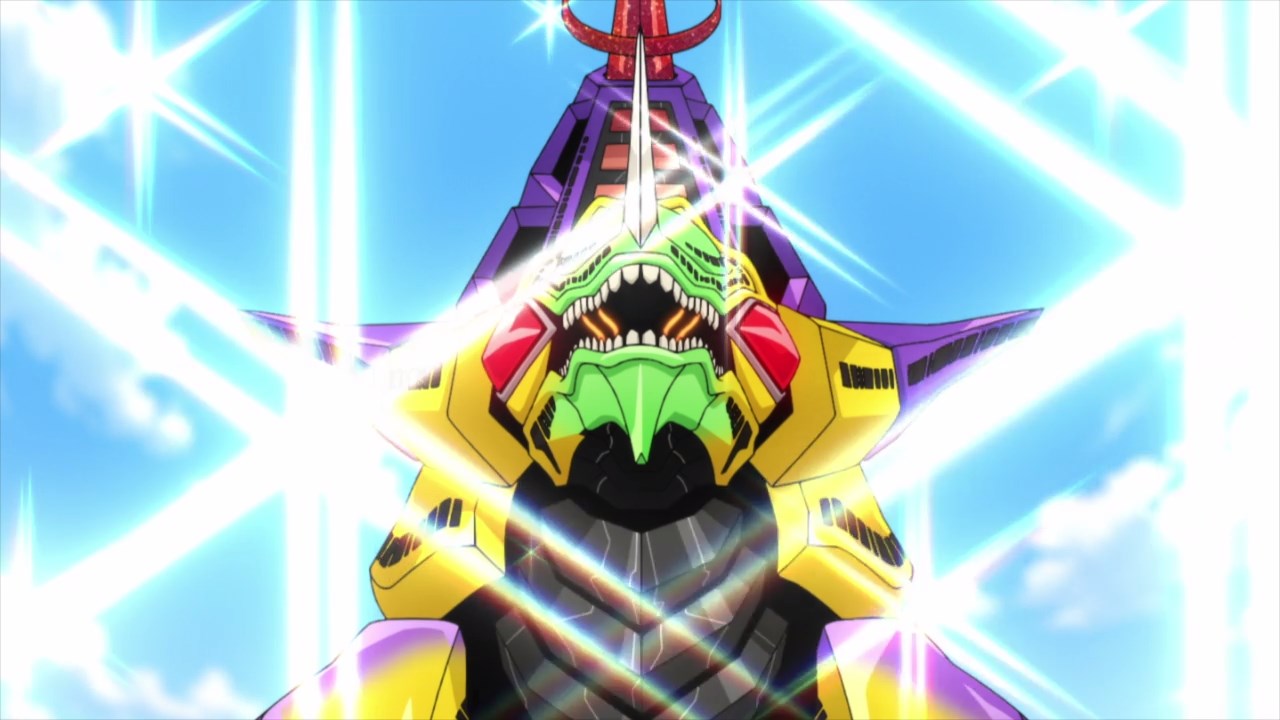 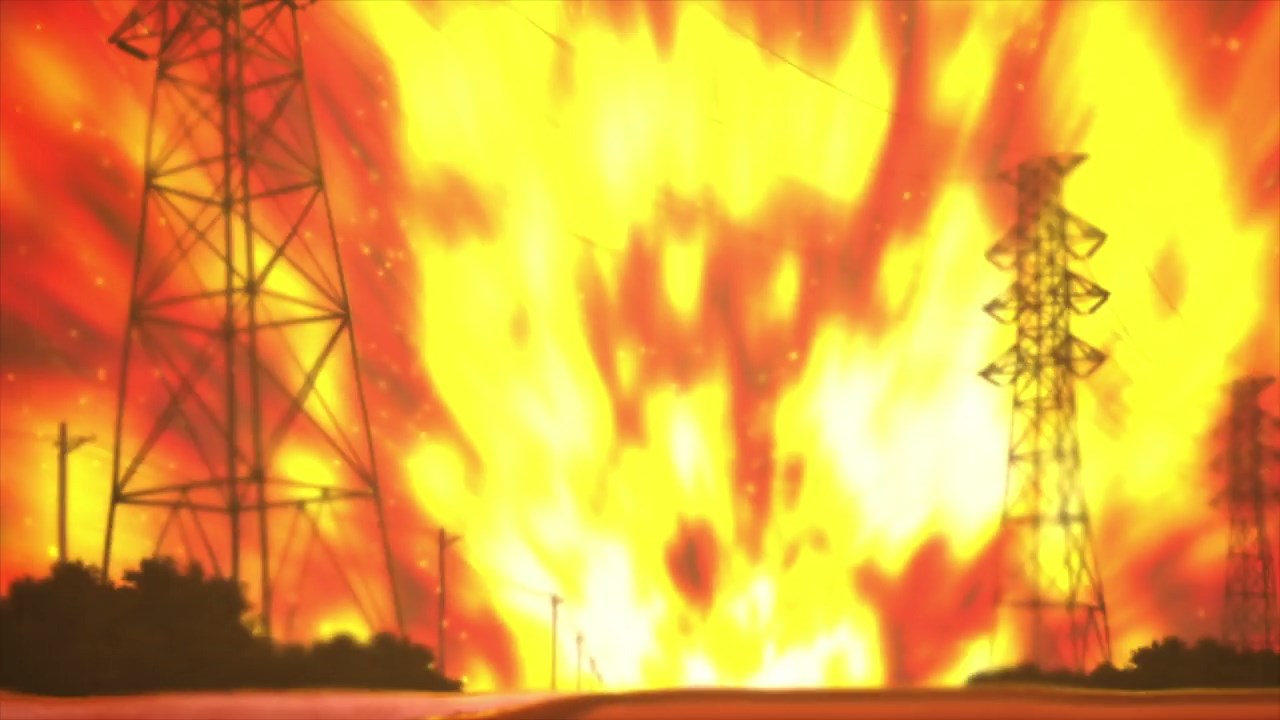 But as you can see, Onija commanded his kaiju to unleash a cluster of bombs that created a large explosion. Oh boy, looks like the Dyna machines are destroyed. 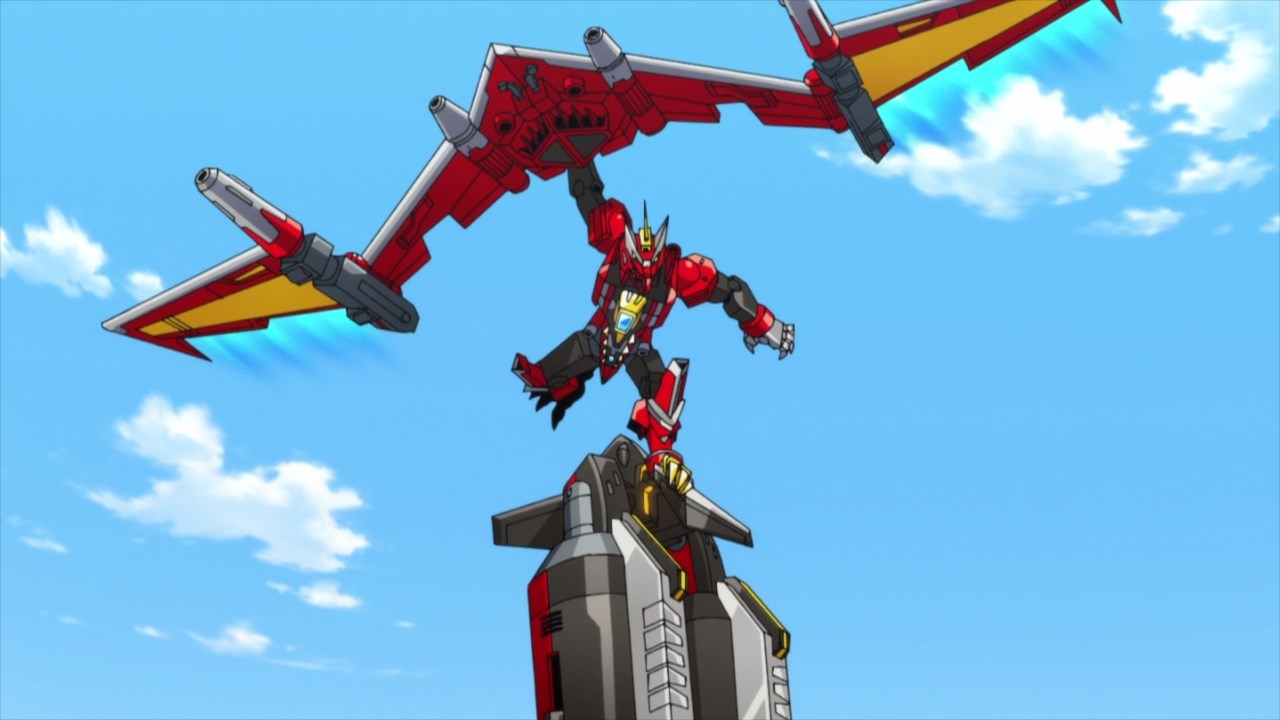 Actually, they survived as Dyna Wing carried all of the machines. Still, they can’t combine unless their hearts are one.

With that said, I think it’s time for Gauma to reveal why he left the Kaiju Eugenicists. 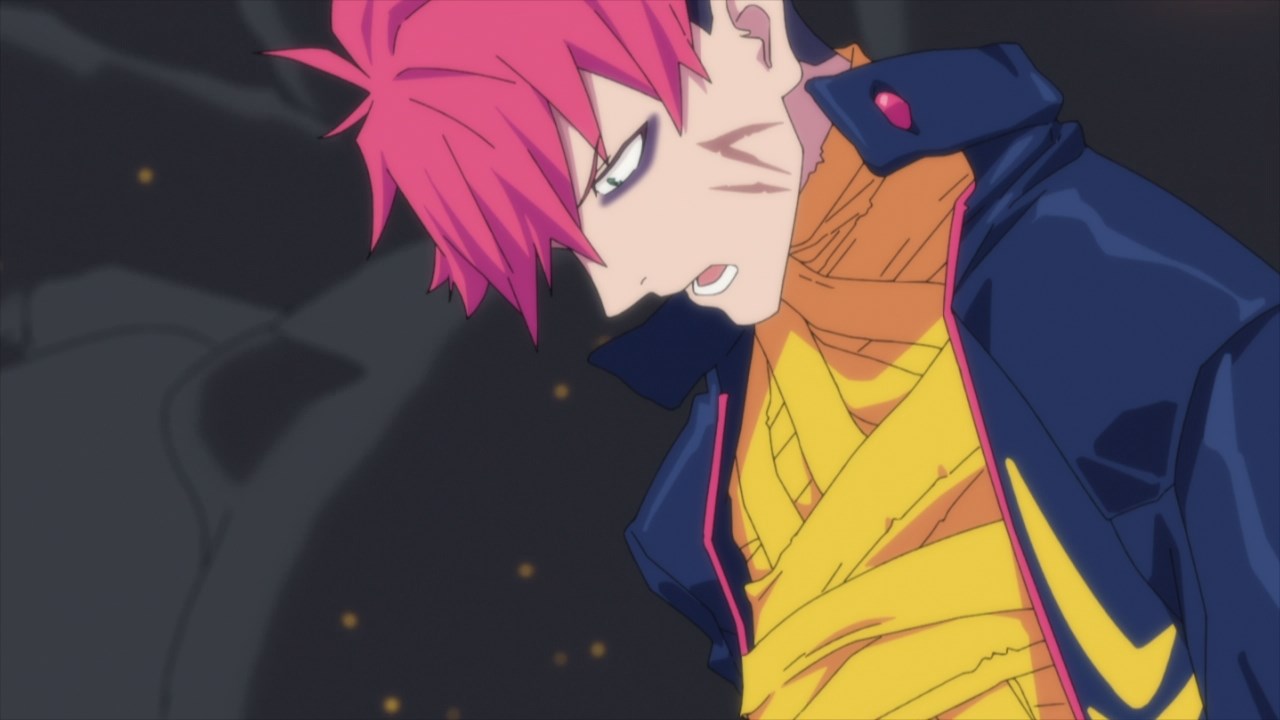 Well, turns out that Gauma and his fellow kaiju users died 5,000 years ago, only to be reincarnated in the current era. Furthermore, he’s looking for a woman who gave him the Dynazenon statue, although Gauma doesn’t know what she look like.

Oh yeah, about his betrayal against the Kaiju Eugenicists? Well since he was entrusted the Dynazenon, I guess Gauma is horrified that his fellow kaiju users control monsters to wreck havoc. Oh wait, I think I’ve already answered that one. 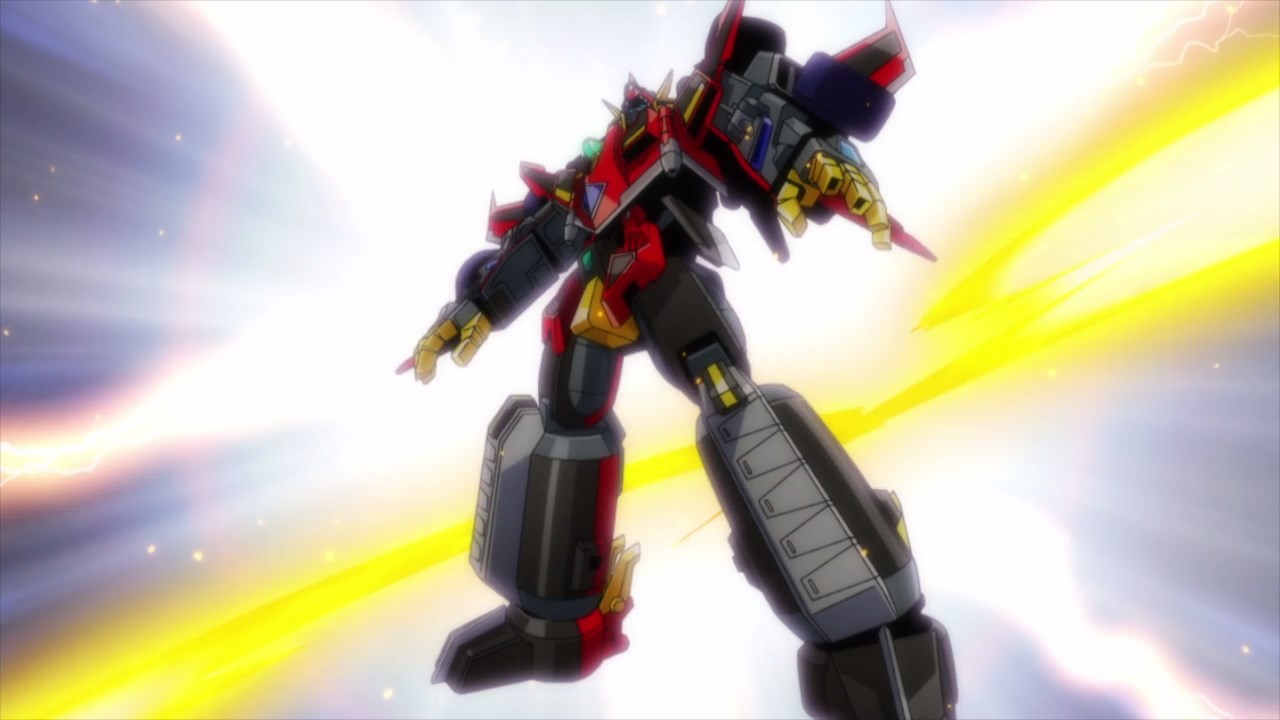 Anyways, looks like they can finally combine into Dynazenon where they’re gonna defeat Banadodon once and for all. 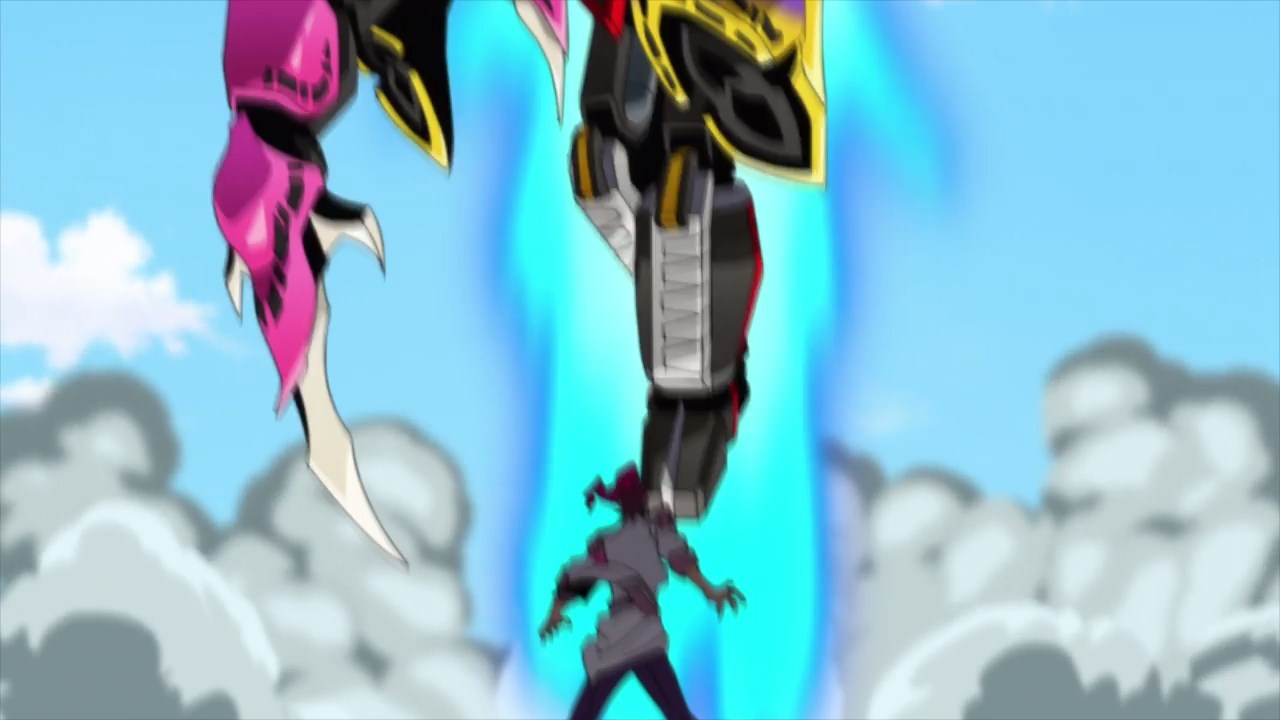 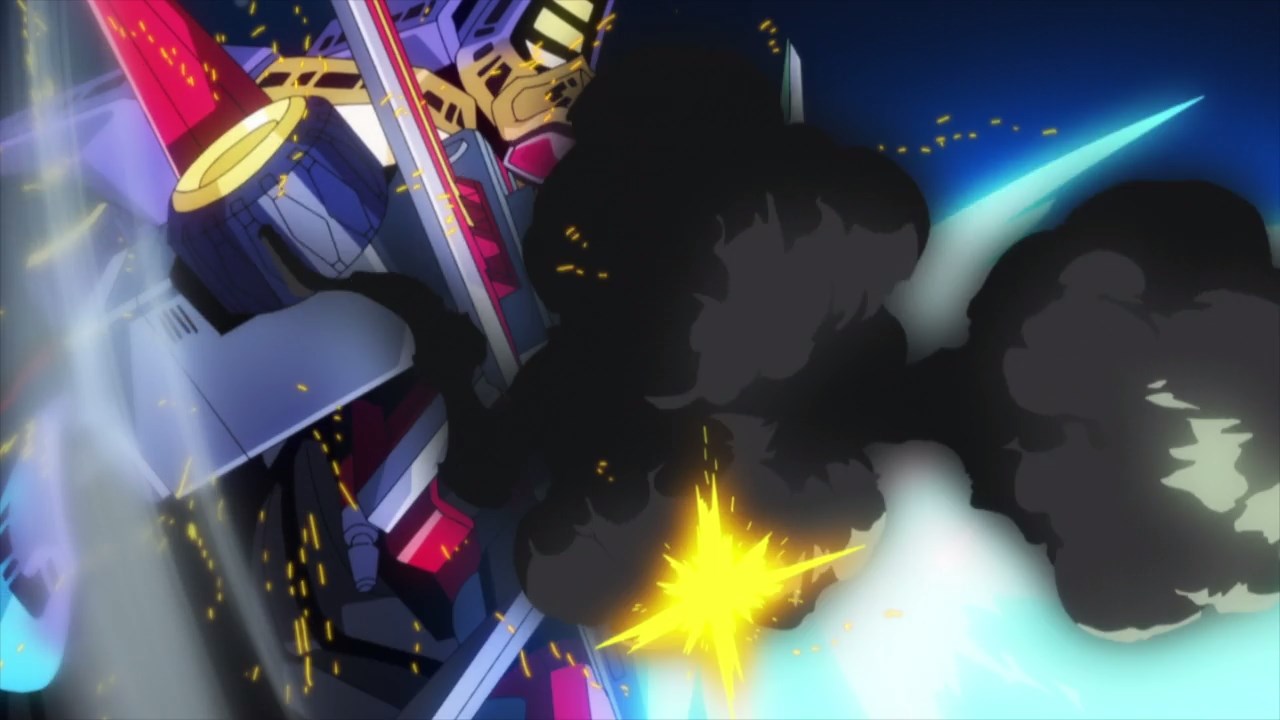 But first, they need to take the monster up in the stratosphere where it can’t use its explosions. After all, it needs oxygen to make a fiery explosion. 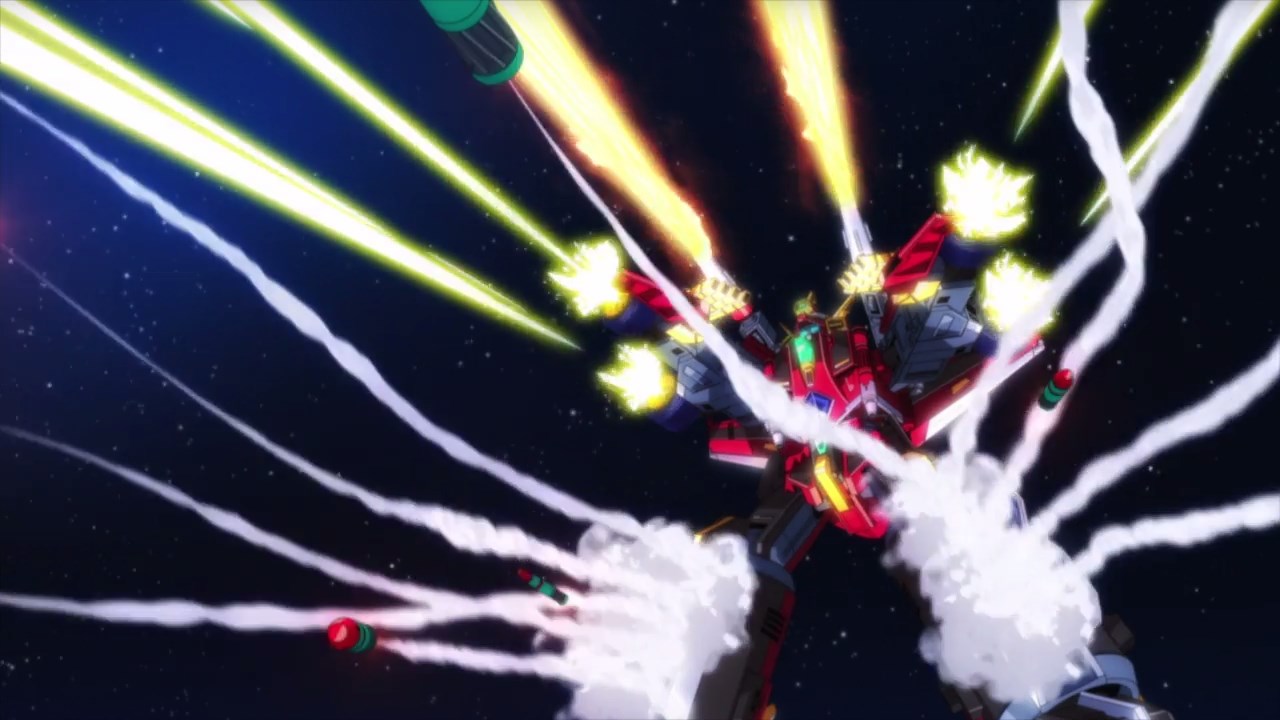 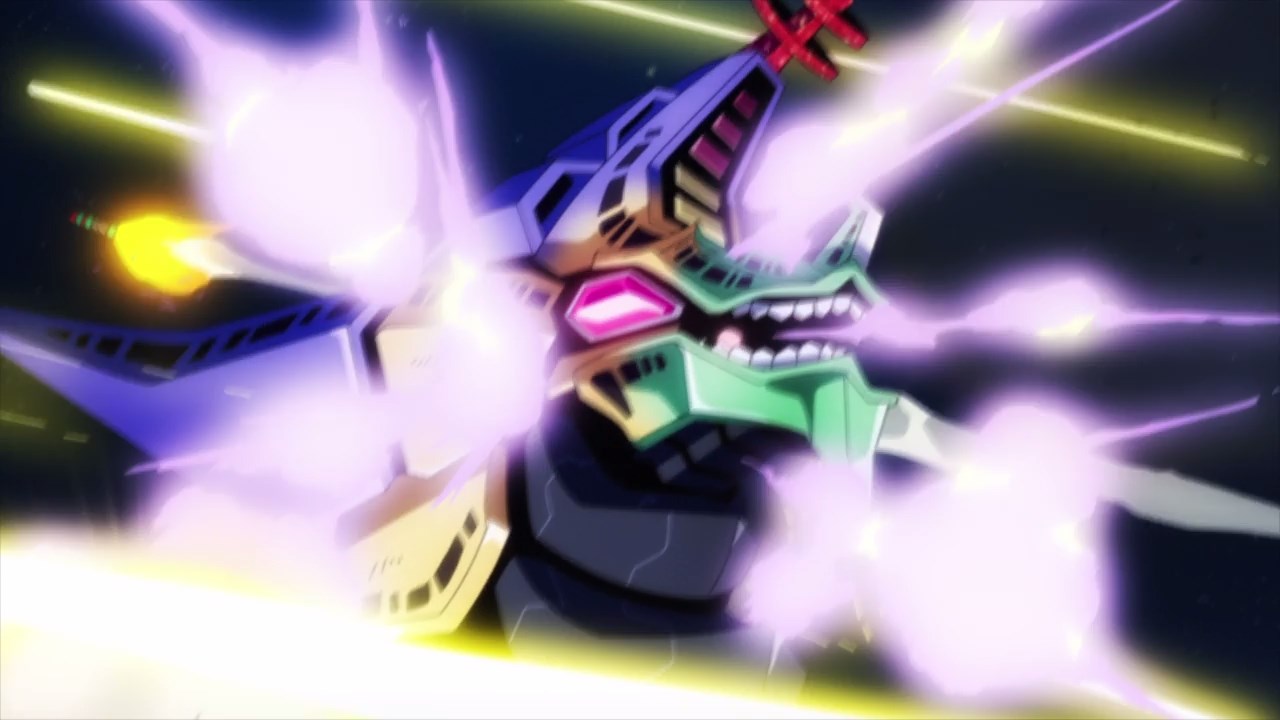 Afterwards, it’s time for Dynazenon to unleash its Full Burst of lasers and missiles to destroy the kaiju. Looks like Onija’s pet didn’t stand a chance. 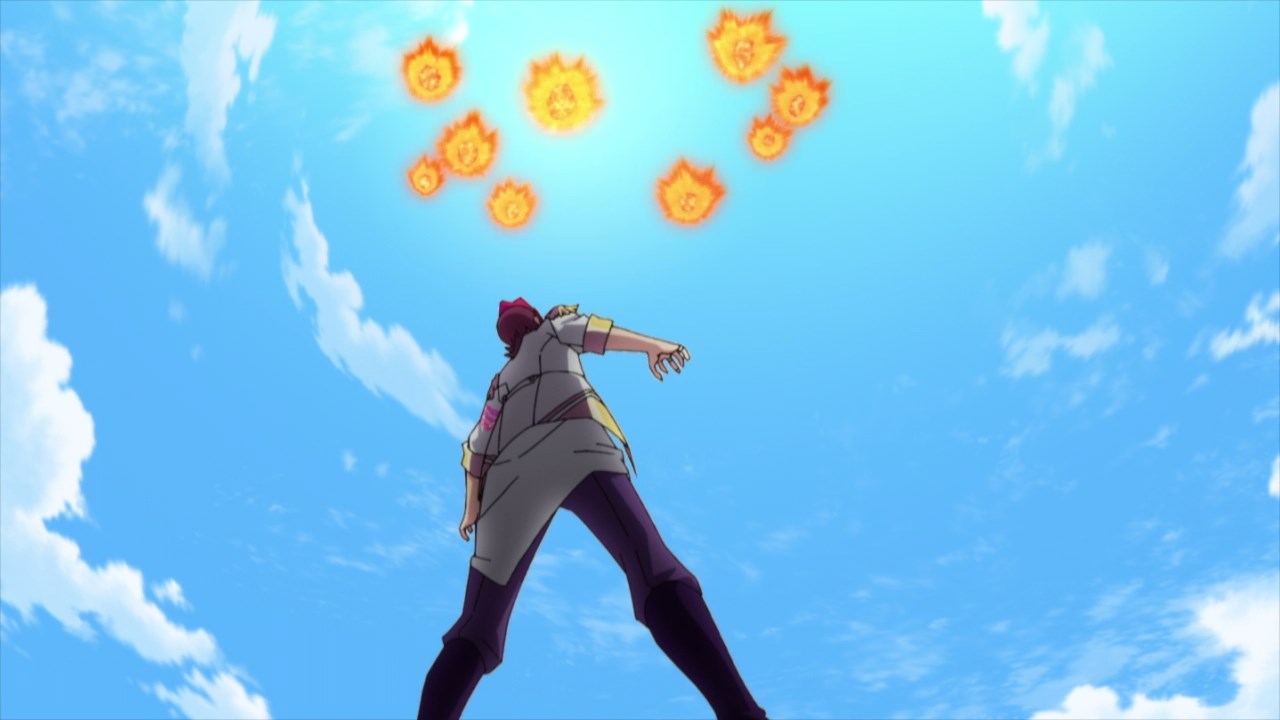 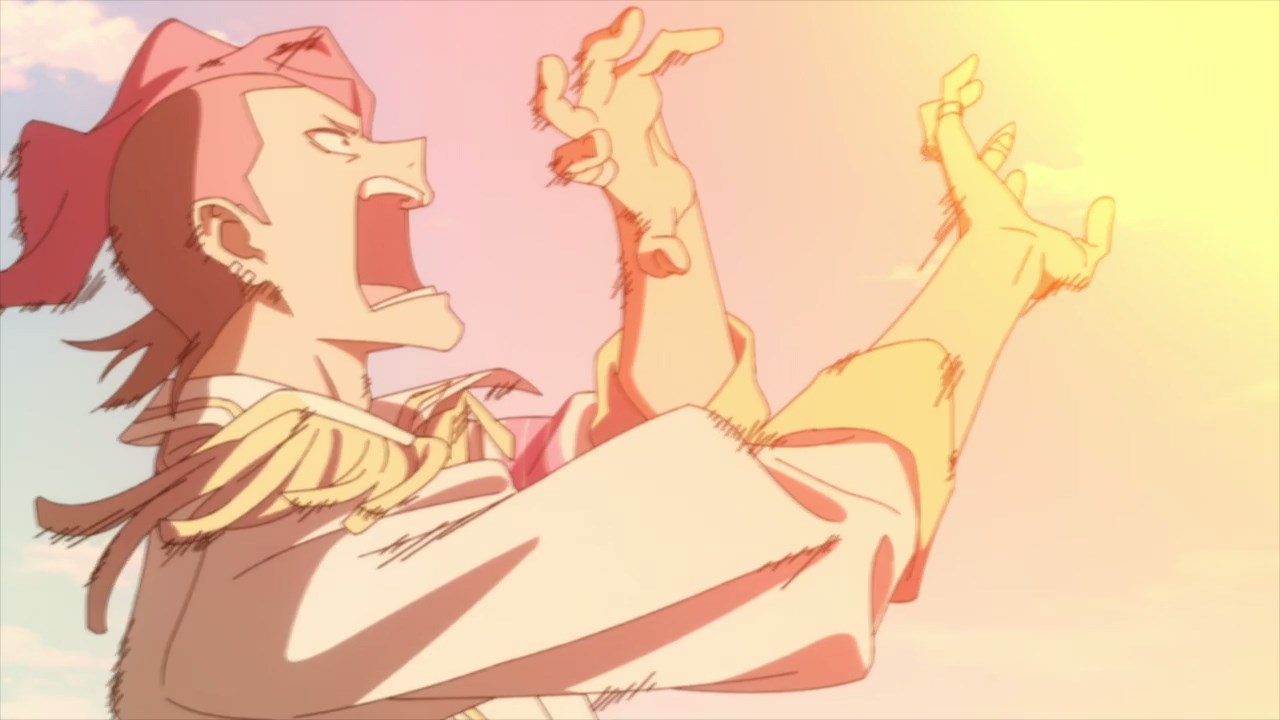 Speaking of Onija, looks like he’s gonna get hit by space debris. Well then, I guess he got wrecked badly thanks to Gauma and his friends. 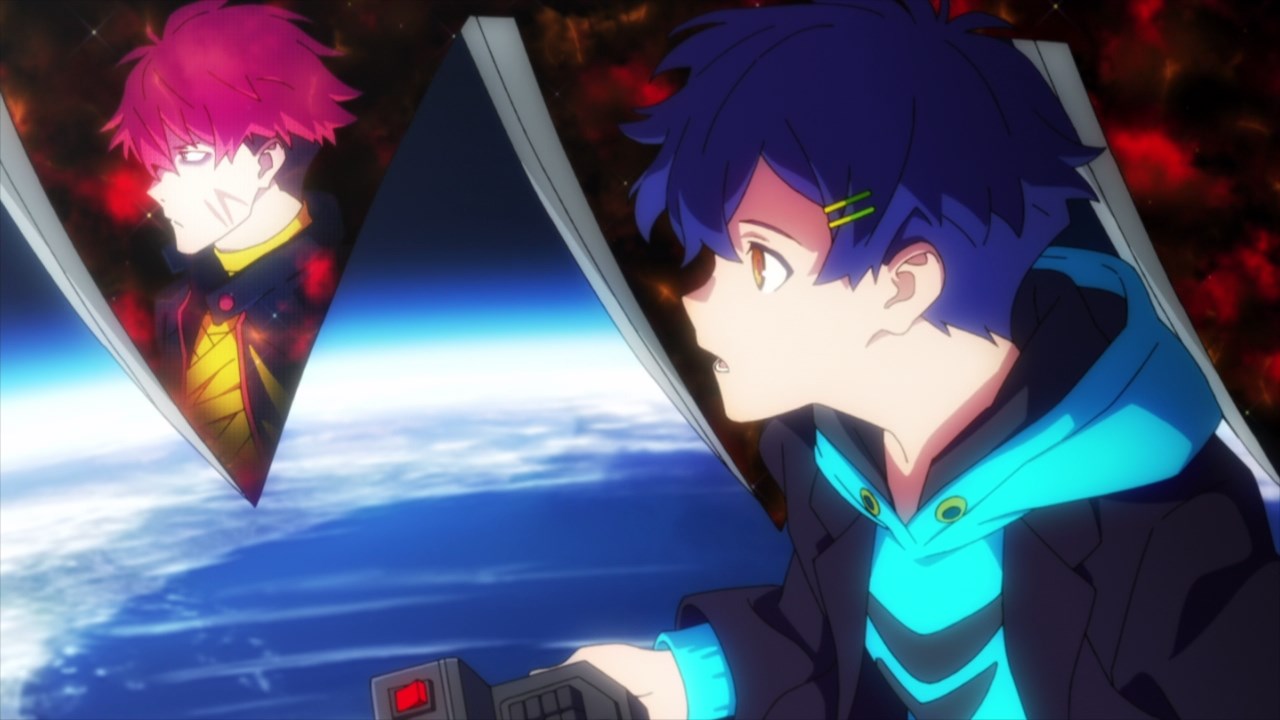 But let’s go back to Gauma and his buddies where they’re gonna find the woman who gave Gauma the statue. Heck, she might even revive someone but I doubt that. 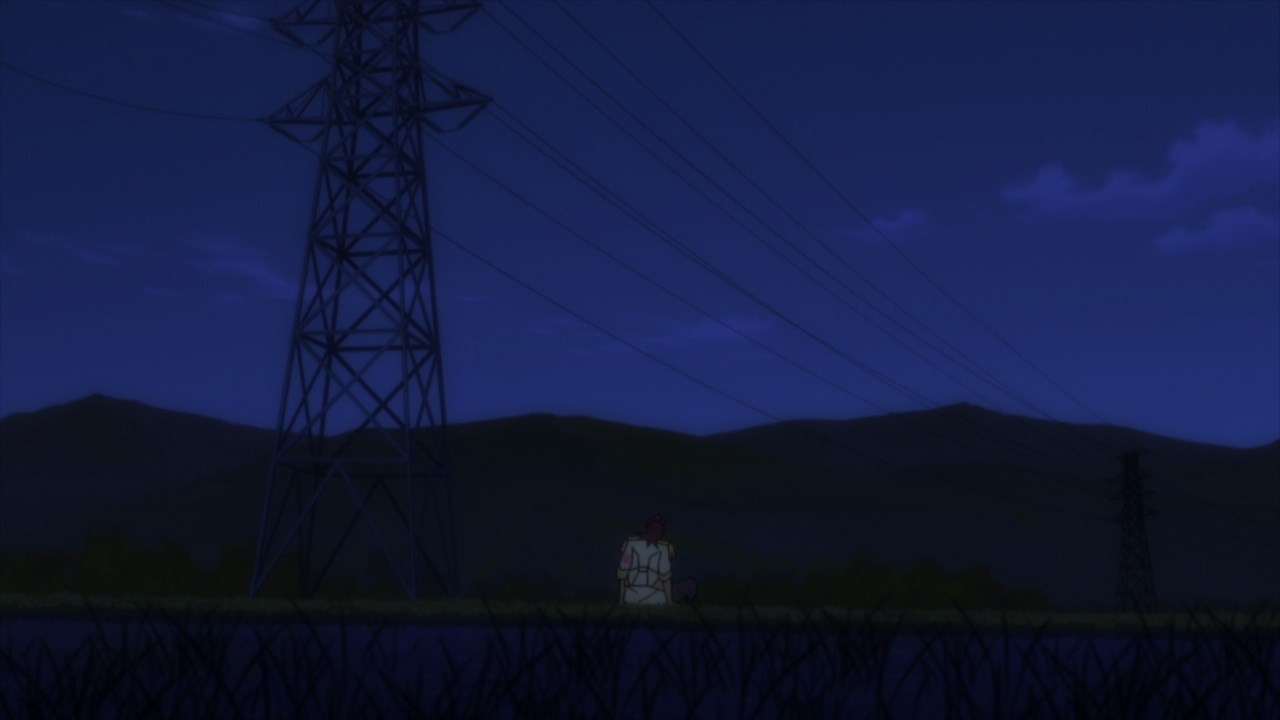 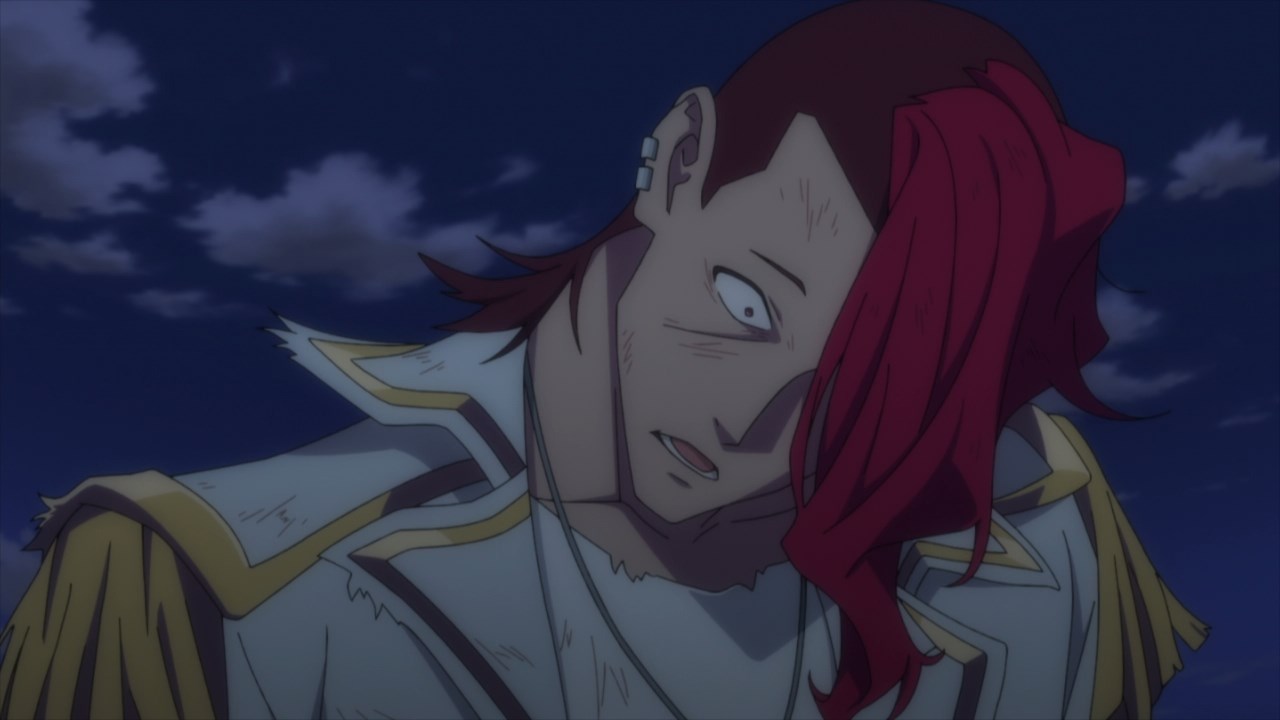 One last thing before I go, it appears that Onija survived as there’s no way this kaiju user would die by falling space debris, although he’s a bit shaken and confused on how he remained alive.

With that said, I’ll see you next time where we’ll explore more about the protagonists’ backstories. On the other hand, when will Chise Asukagawa have a mecha of her own?