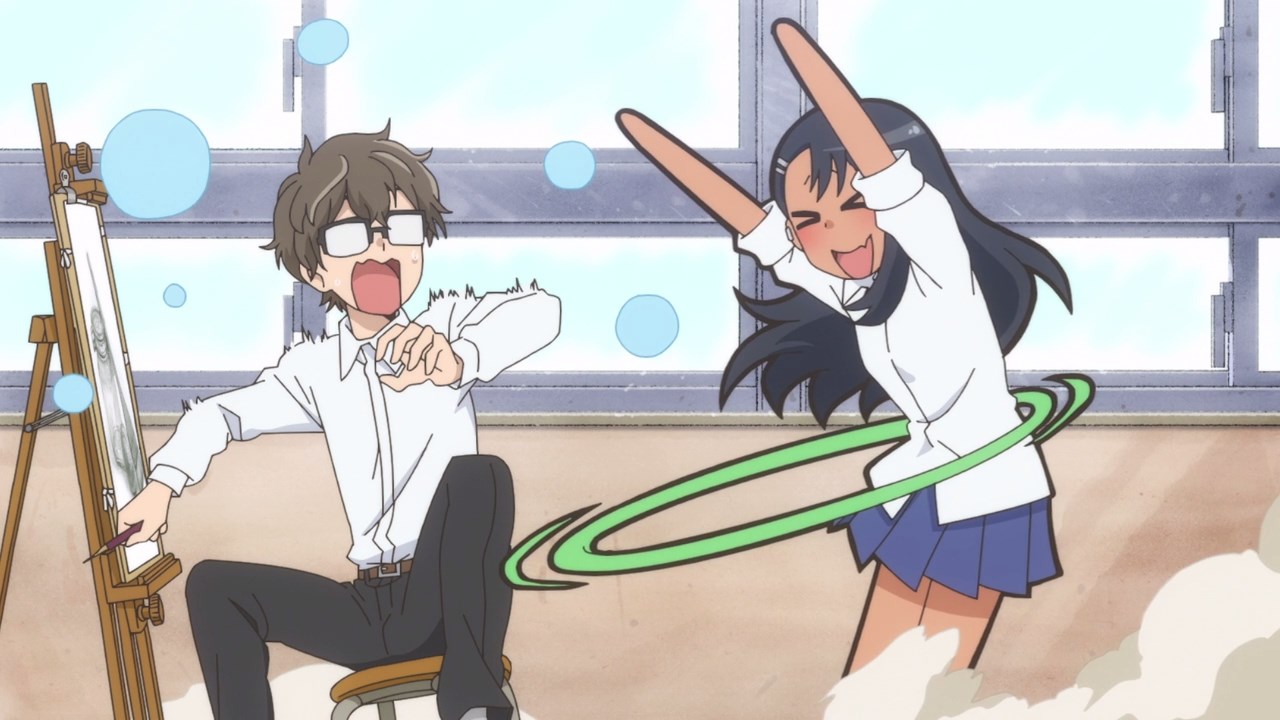 Hey everyone, here’s Nagatoro-san where she’s showing off her hula-hoop skills to the nameless 2nd year student. 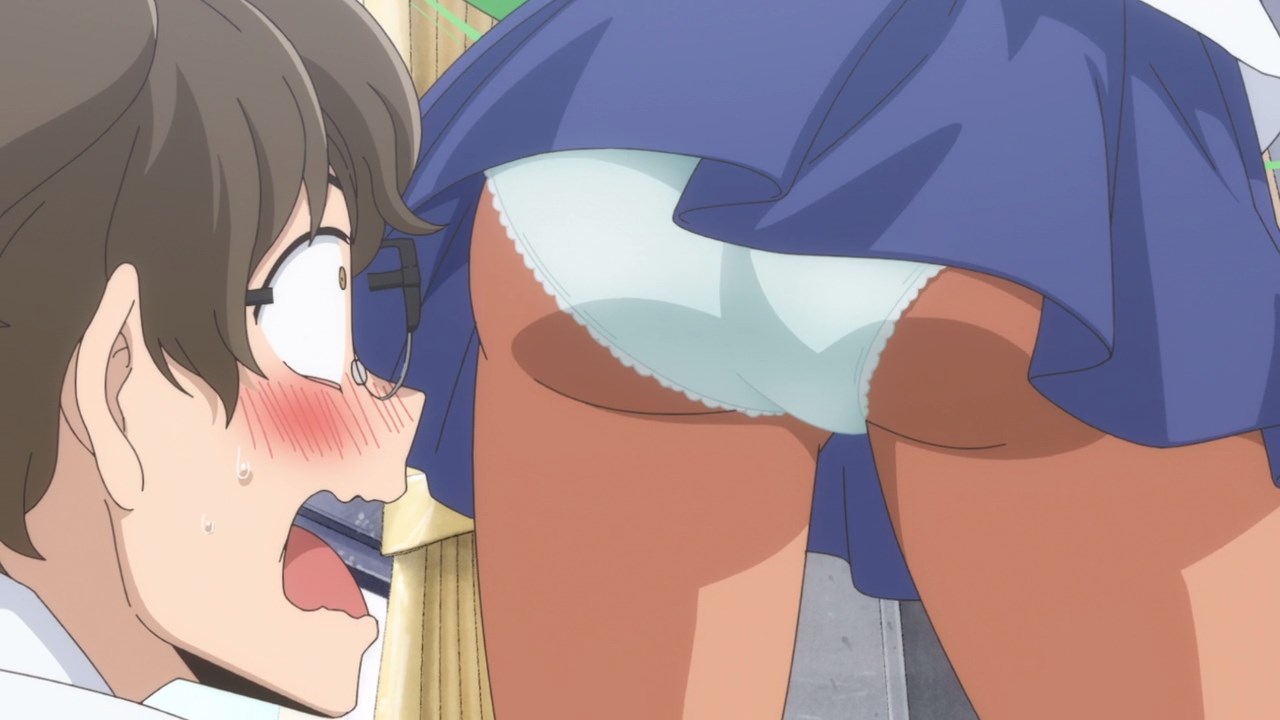 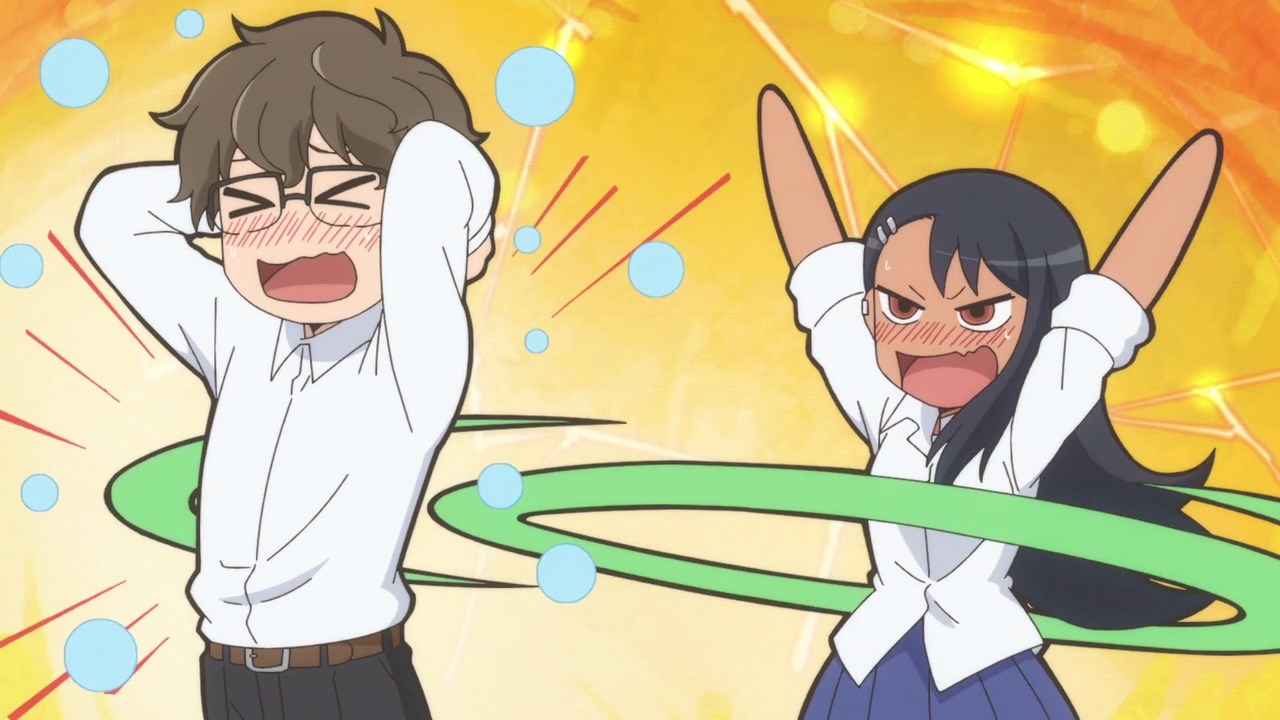 Just kidding, he’s still unlucky when Hayase Nagatoro whips him out with a hula-hoop. Poor guy… 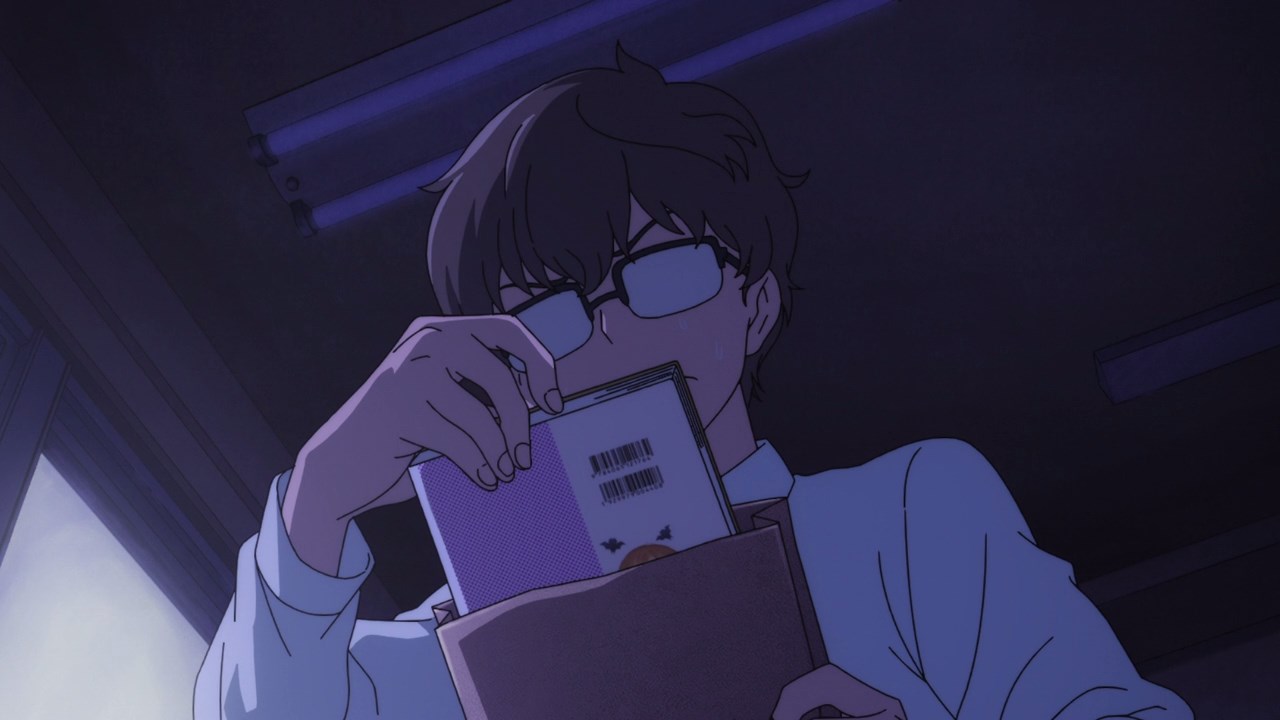 Now then, let’s move onto the next scene where this nameless protagonist is about to read a copy of Bakunyuu Vampire. 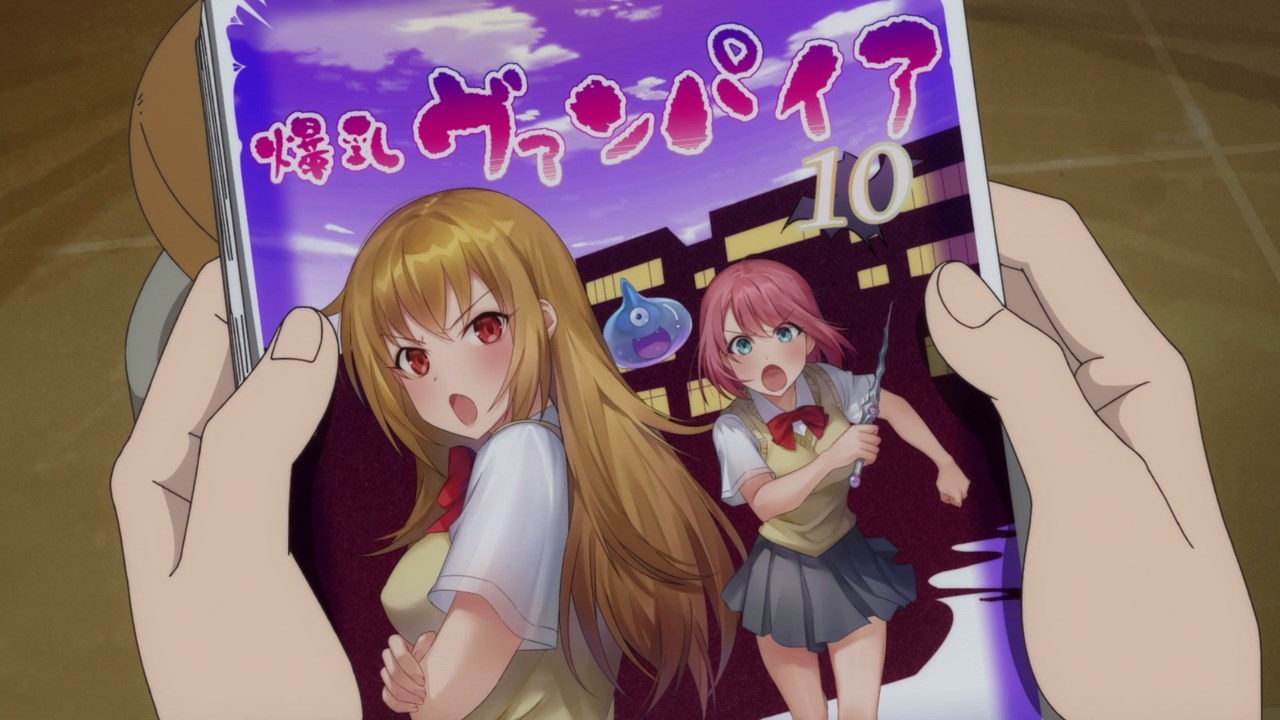 Oh yeah, despite having fanservice, this manga has a serious story. Think of it as Highschool DxD or any other fanservice-laden show that has a plot. 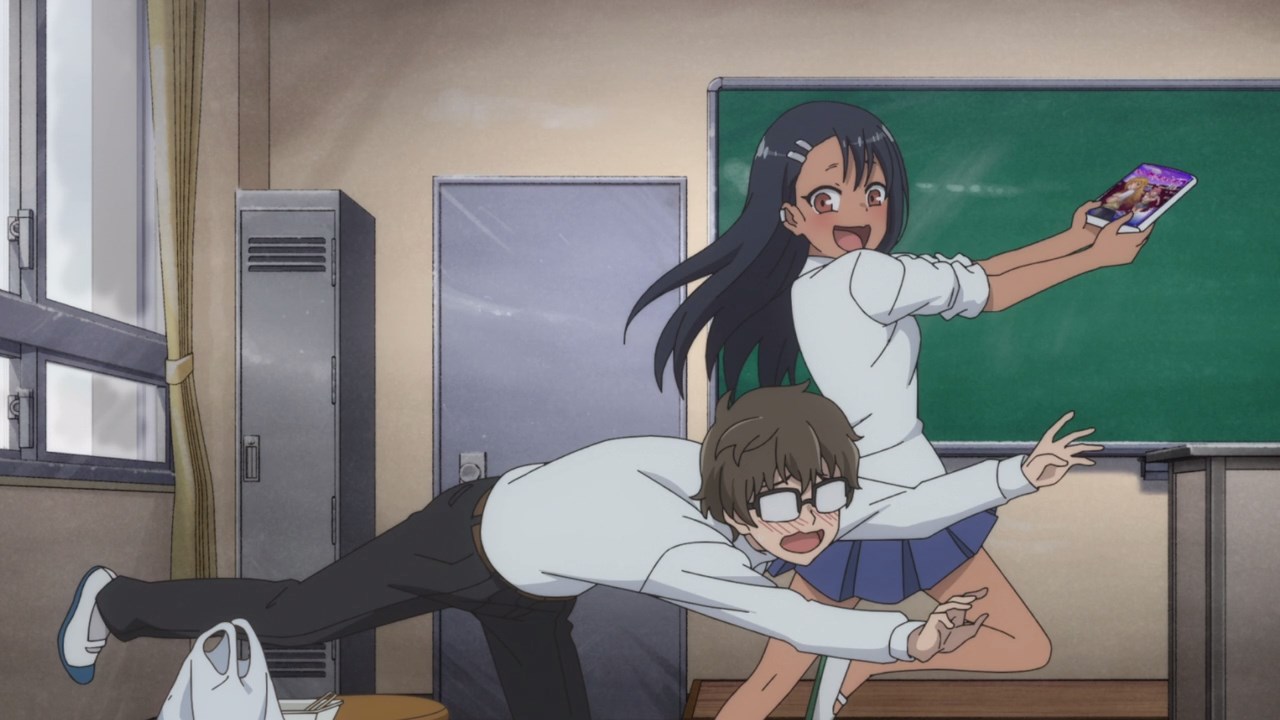 Of course, there’s Nagatoro-san where she decided to barge in and swipe the manga away from his hands. What a dick move! 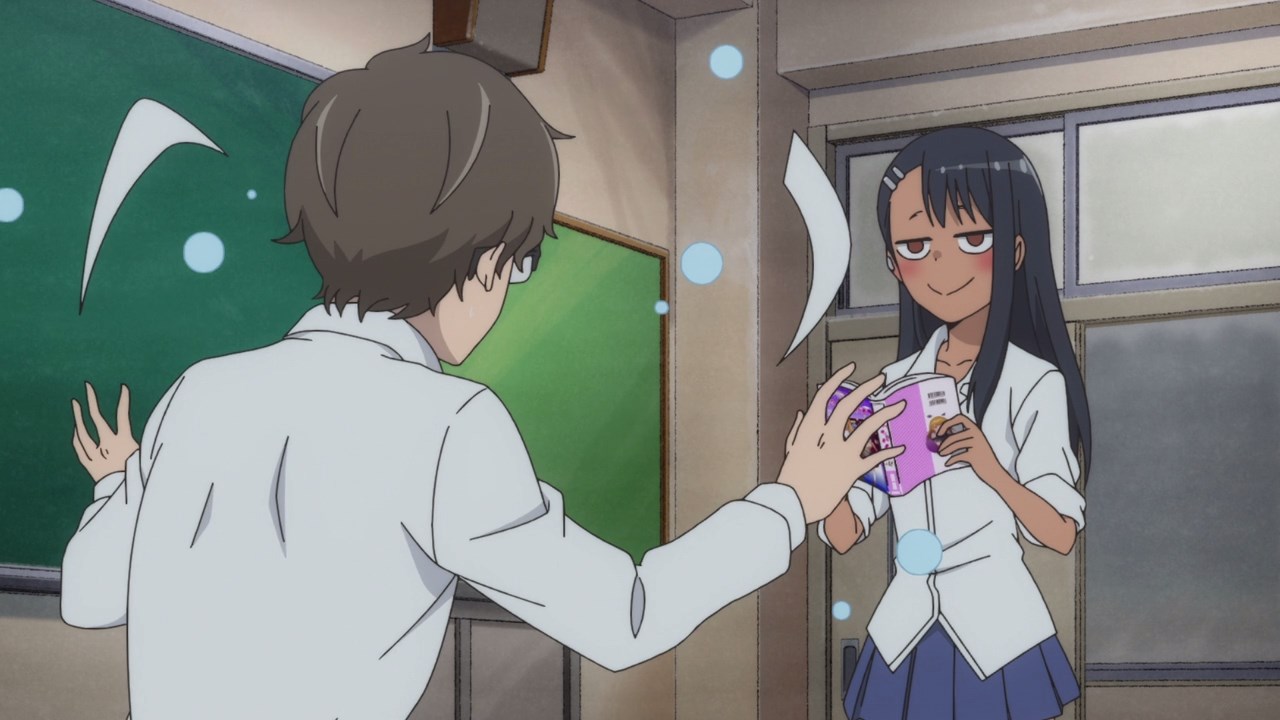 Anyways, it seems that Nagatoro is mocking the nameless 2nd year male student in regards of his manga taste.

But seriously though, Mr. Sempai is reading Bakunyuu Vampire for the plot aside for the occasional fanservice. 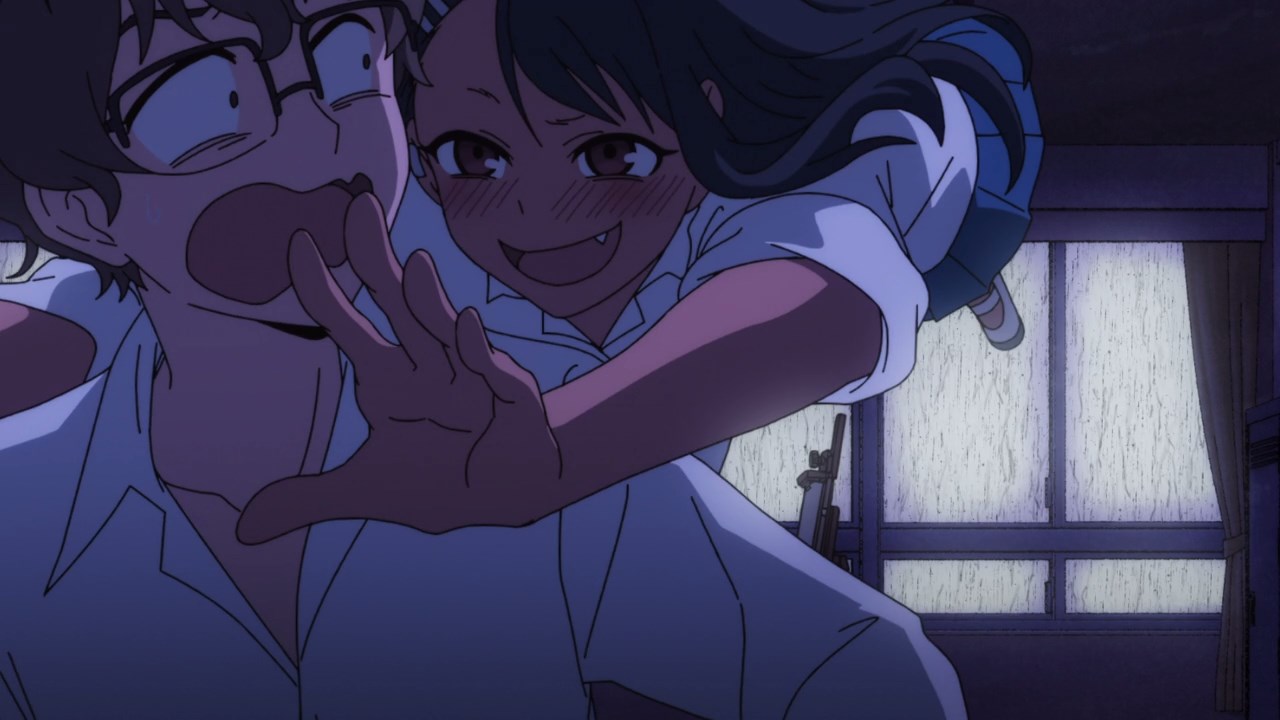 After mocking his manga taste, looks like Nagatoro pounces on Mr. Sempai as she wants to bite his neck.

Then again, it looks like she grab a hold of his crotch instead. Could it be that his penis is small or large? I guess only Nagatoro knows… 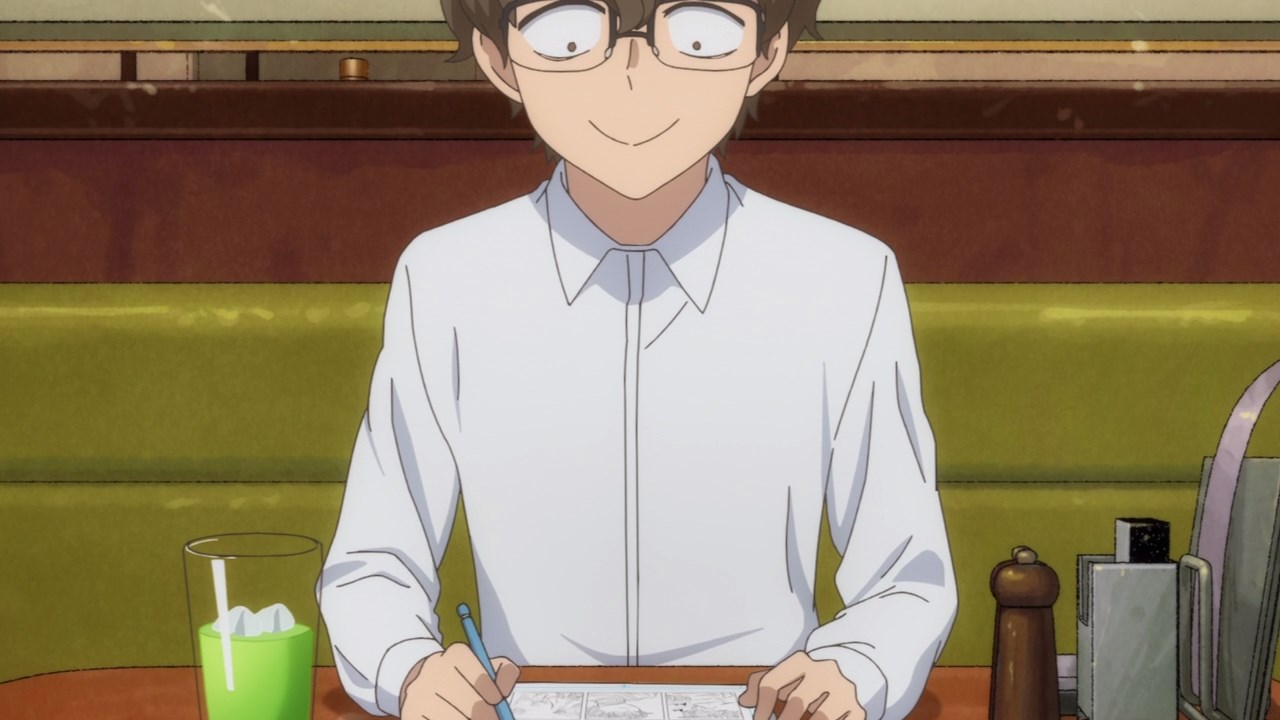 Now let’s move onto another scene where Mr. Sempai went to a family restaurant to draw his manga… in peace. That’s right, no one will annoy him! 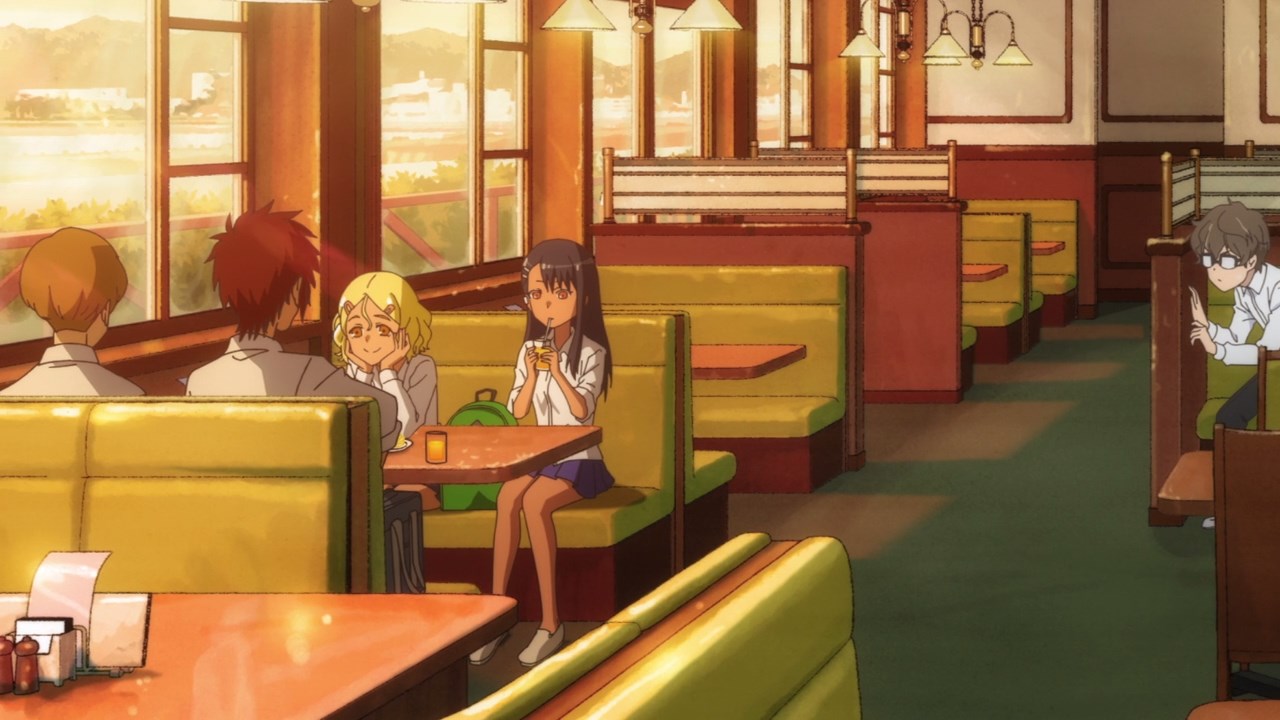 Actually, I was wrong because Nagatoro-san has arrived and this time, she’s hanging out with 2 boys and a fellow gyaru. This is really bad. 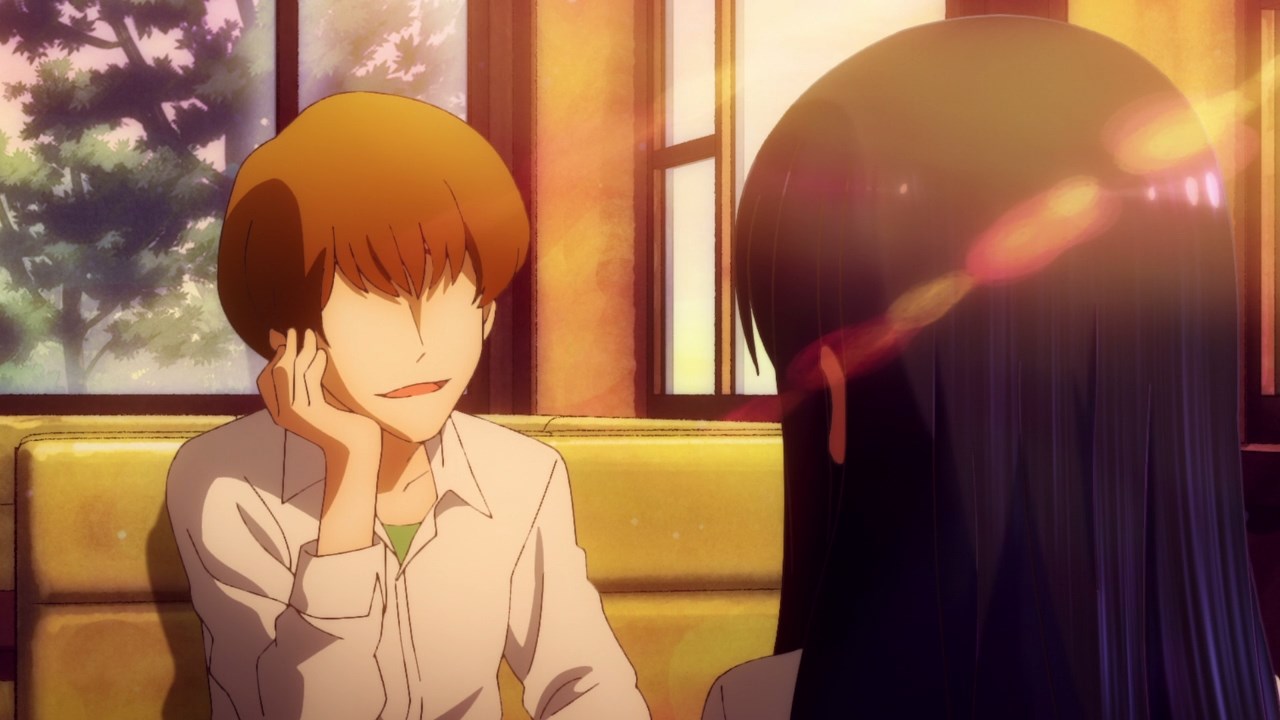 Now then, let’s focus on Hayase Nagatoro where this cool-looking guy is hitting on her. Compared to the protagonist, this guy doesn’t look like a virgin. 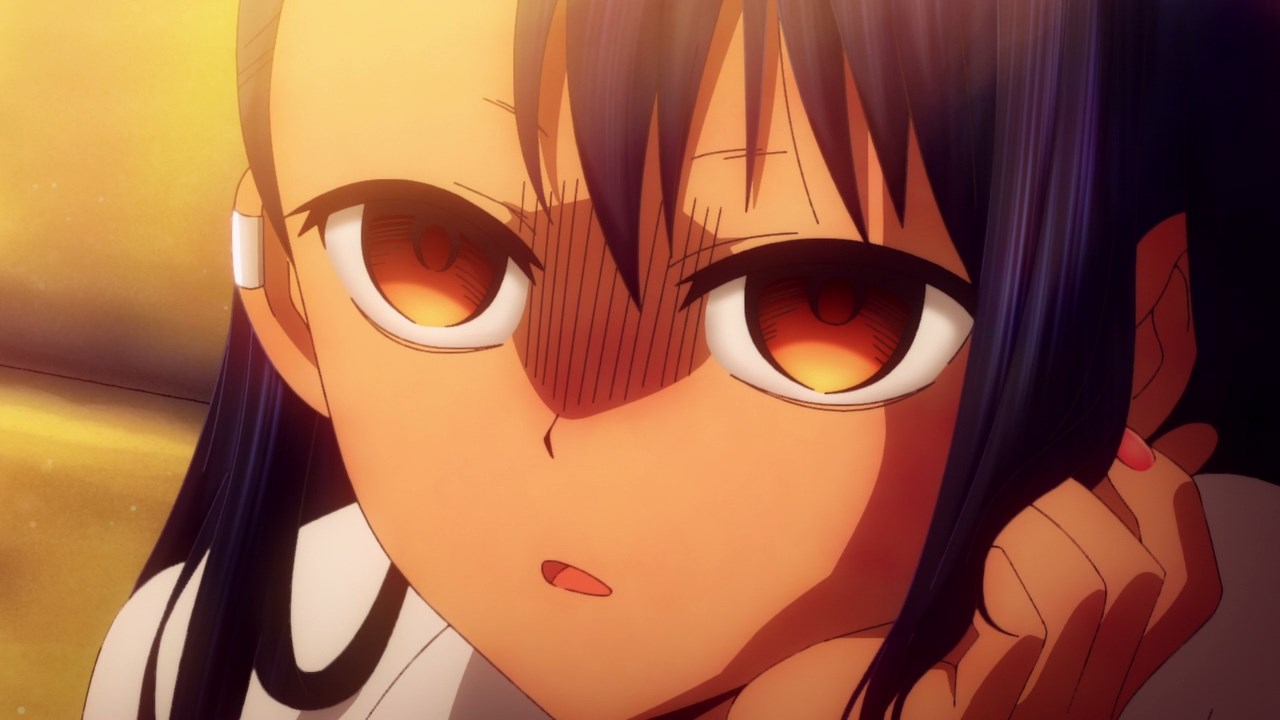 However, Nagatoro-san was not amused. In fact, she rejects him for being the most boring guy ever. Okay, she made a sadistic speech towards the guy! 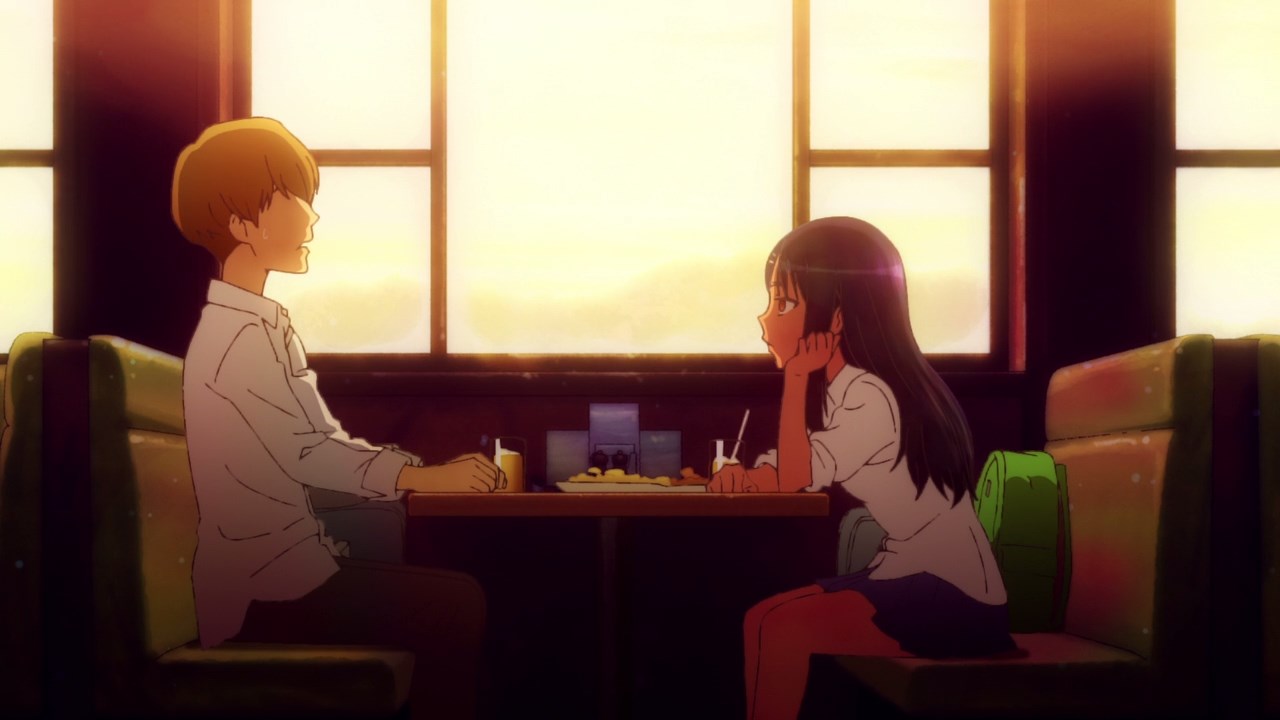 But with that said, I think no other guy would ever date or even touch Hayase Nagatoro because she hates boring guys. Well, except for Mr. Sempai in which she loves to tease him! 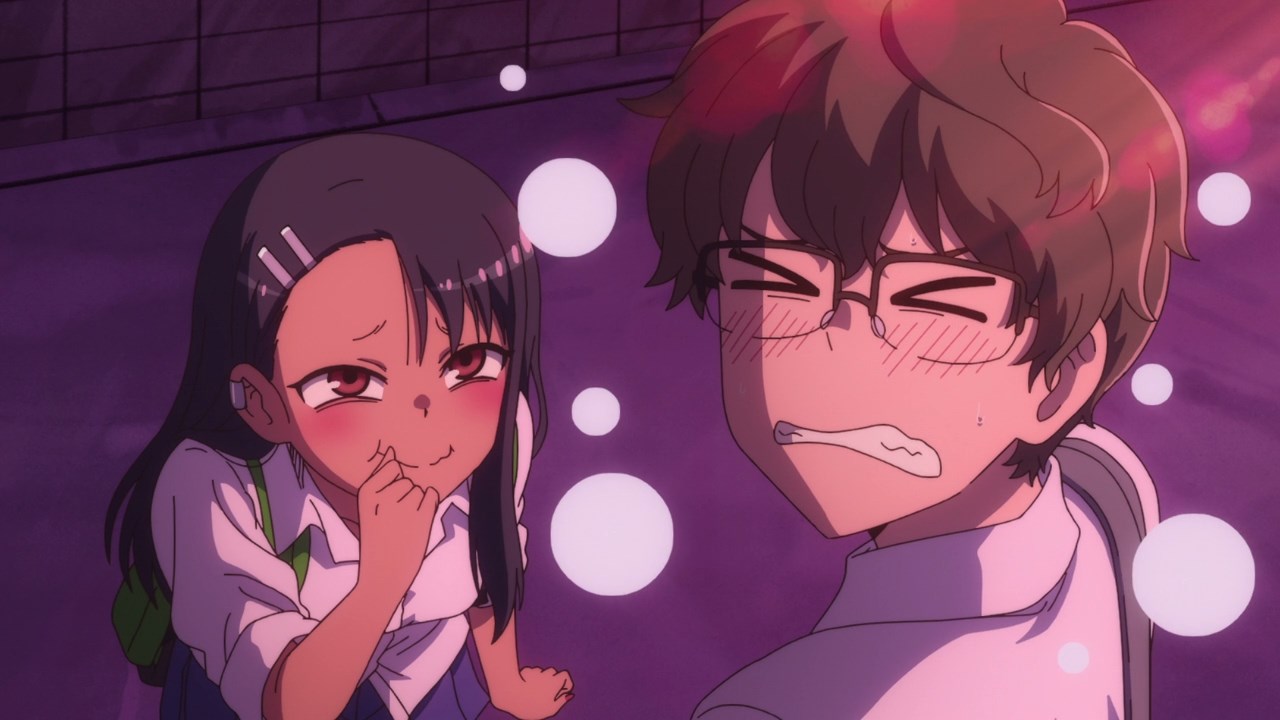 With that said, another day ends and man, I feel that our nameless protagonist will be stuck with Nagatoro-san for all eternity. Man, why is she really want to tease him so badly?