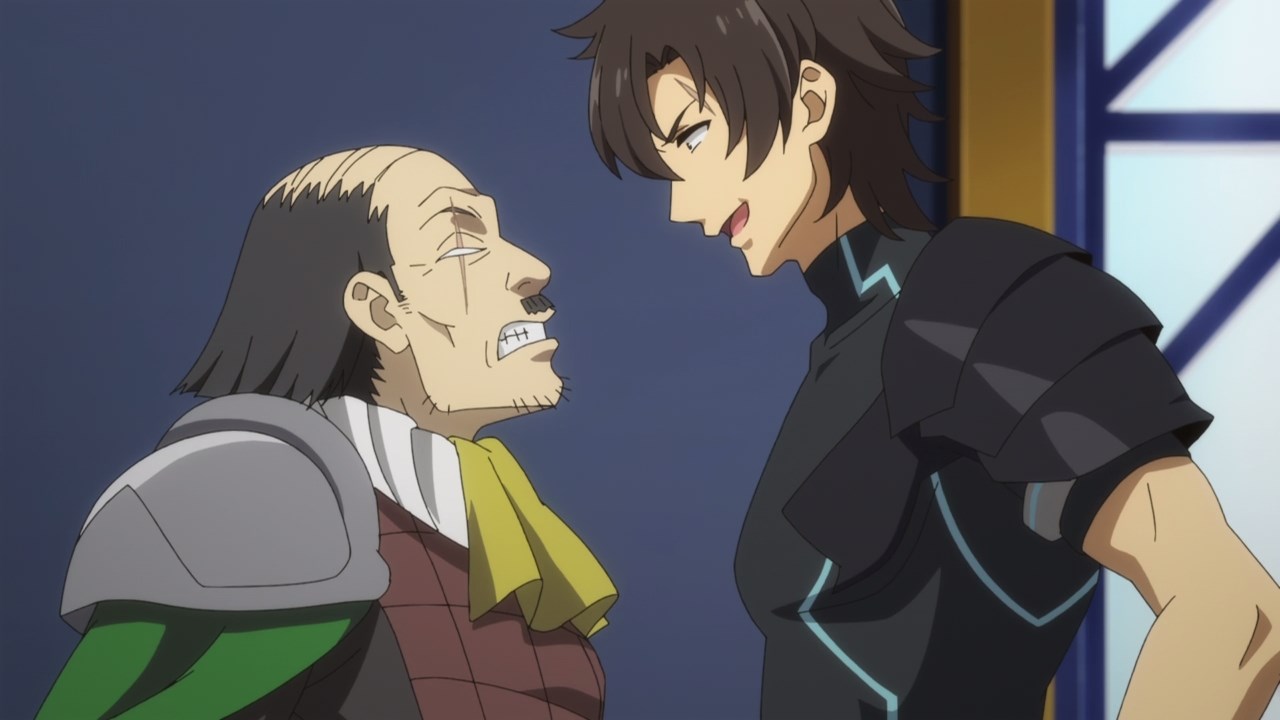 On this episode, Combat Agent No. 6 told everybody that he and his party managed to drive the demon army away by destroying their supply line.

Sure that they burn the demon’s supplies, the humans are still struggling to defeat them. 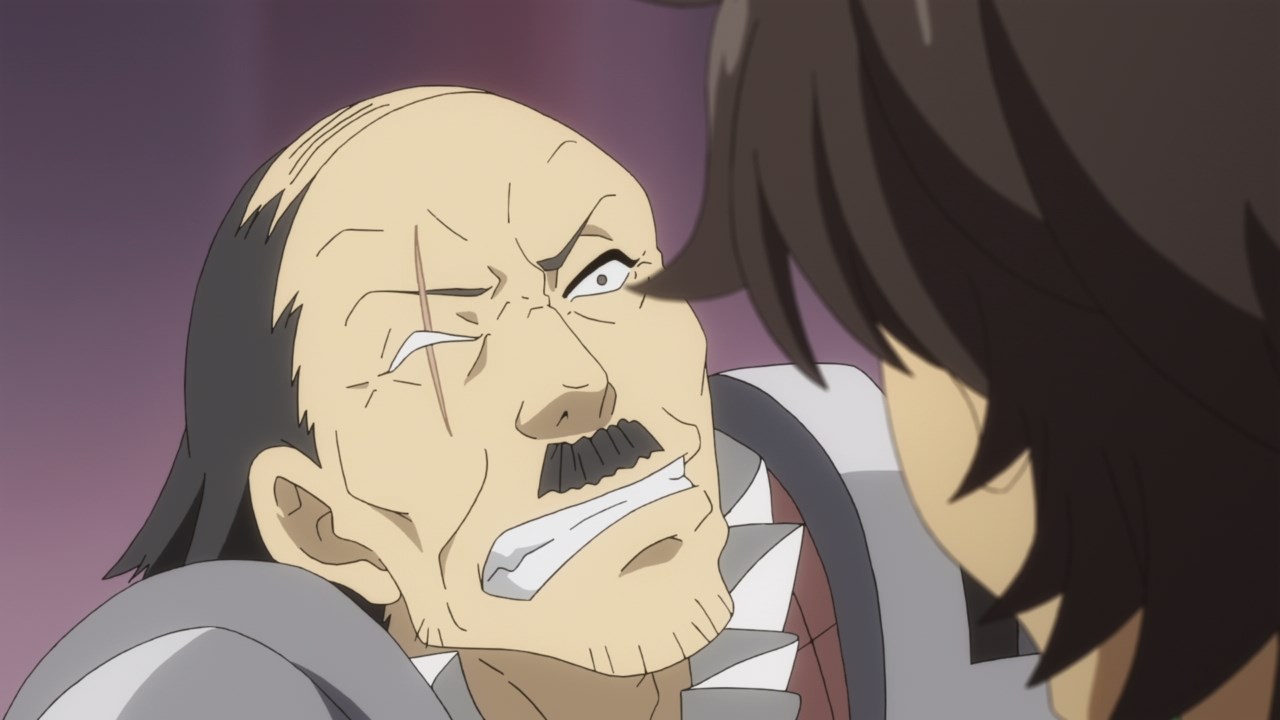 Oh yeah, about this guy who is the strategist? I bet that he’s the mole for the demon army where he might betray the kingdom. 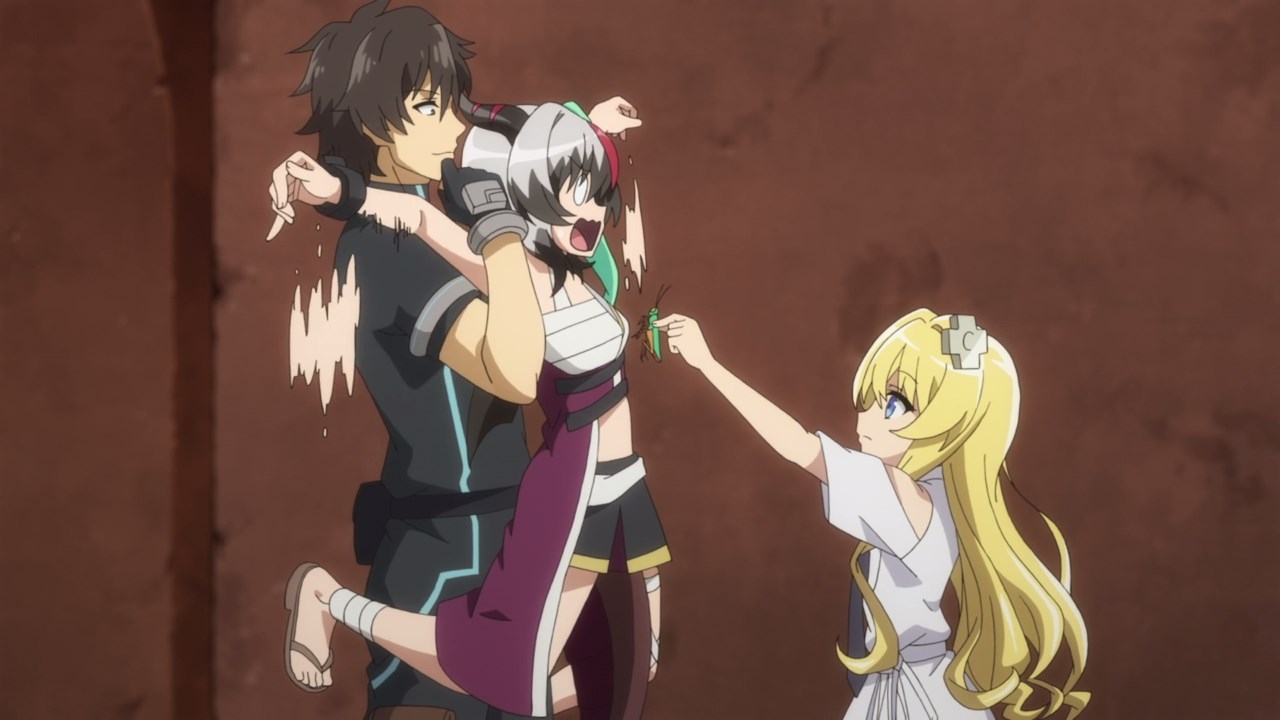 Oh by the way, it appears that Rose doesn’t like bugs despite being a chimera. Speaking of Rose, she doesn’t have any old memories but the only thing she remembers is that there’s a ruins somewhere in the kingdom.

But you know what, I think Alice Kisaragi and Combat Agent No. 6 won’t tackle those ruins because they’re busy dealing with demons. 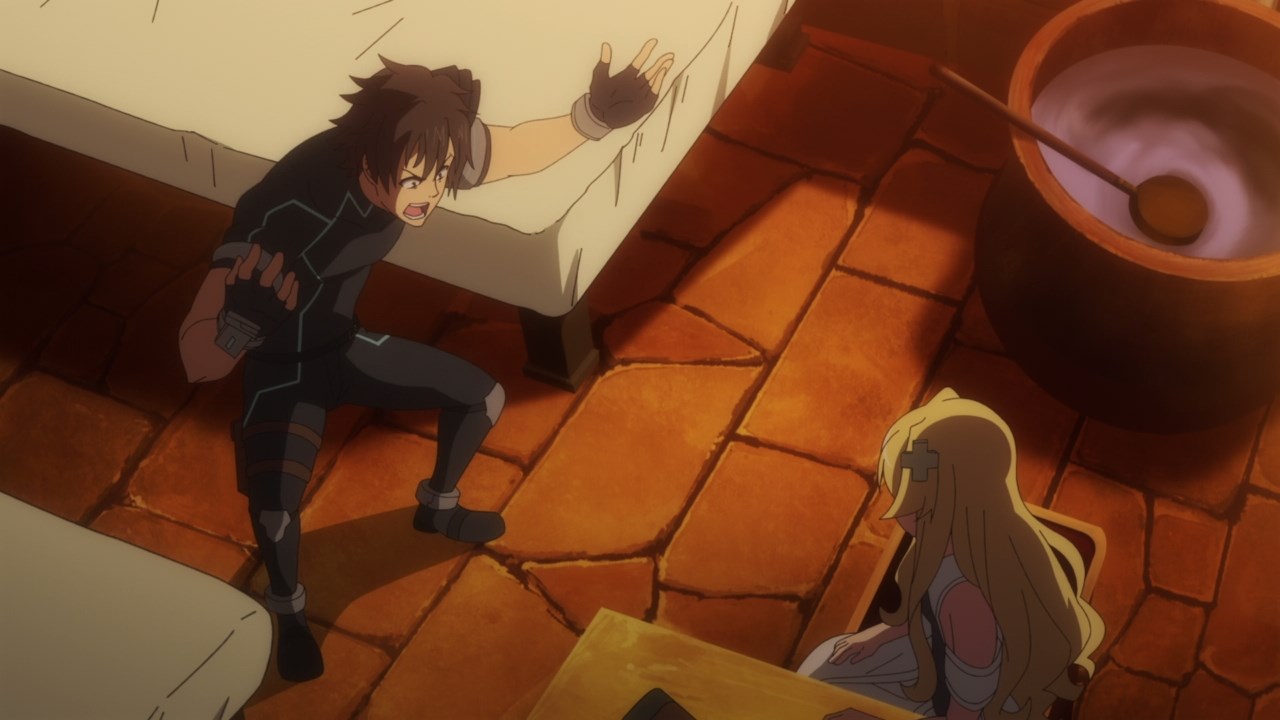 On second thought, No. 6 is feeling frustrated because even though he’s surrounded by women, he can’t touch boobies nor see panties often.

Oh really No. 6, is groping Snow’s tits and seeing Grimm’s sexy panties is not enough for you? 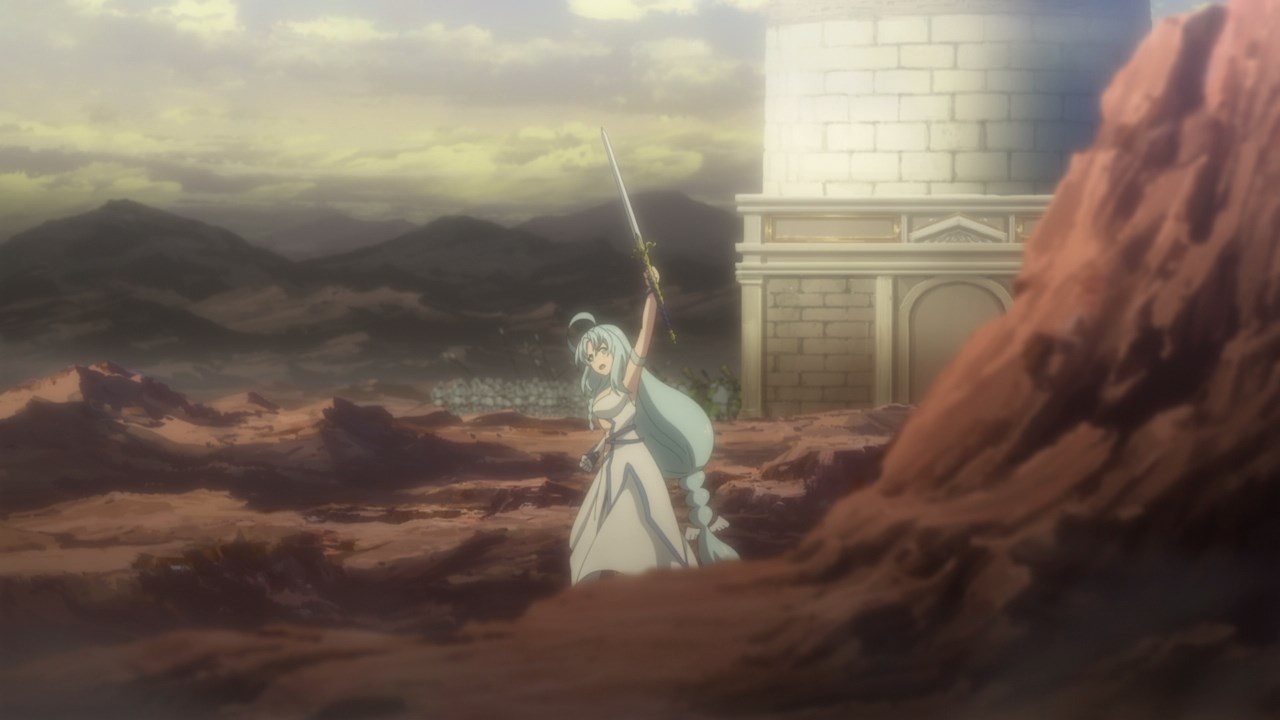 Now then, let’s move onto some action where the Kingdom of Grace are on a mission to attack Duster Tower and take the treasure that was guarded by Gil of Strength and Rista of Knowledge.

By the way, the treasure is supposed to be an equipment where only the chosen hero can wield it. Unfortunately, No. 6 is not a hero as someone from the Kingdom of Grace already found one.

With that said, Snow will go ahead towards the tower as she’s gonna take on the demons there head-on. 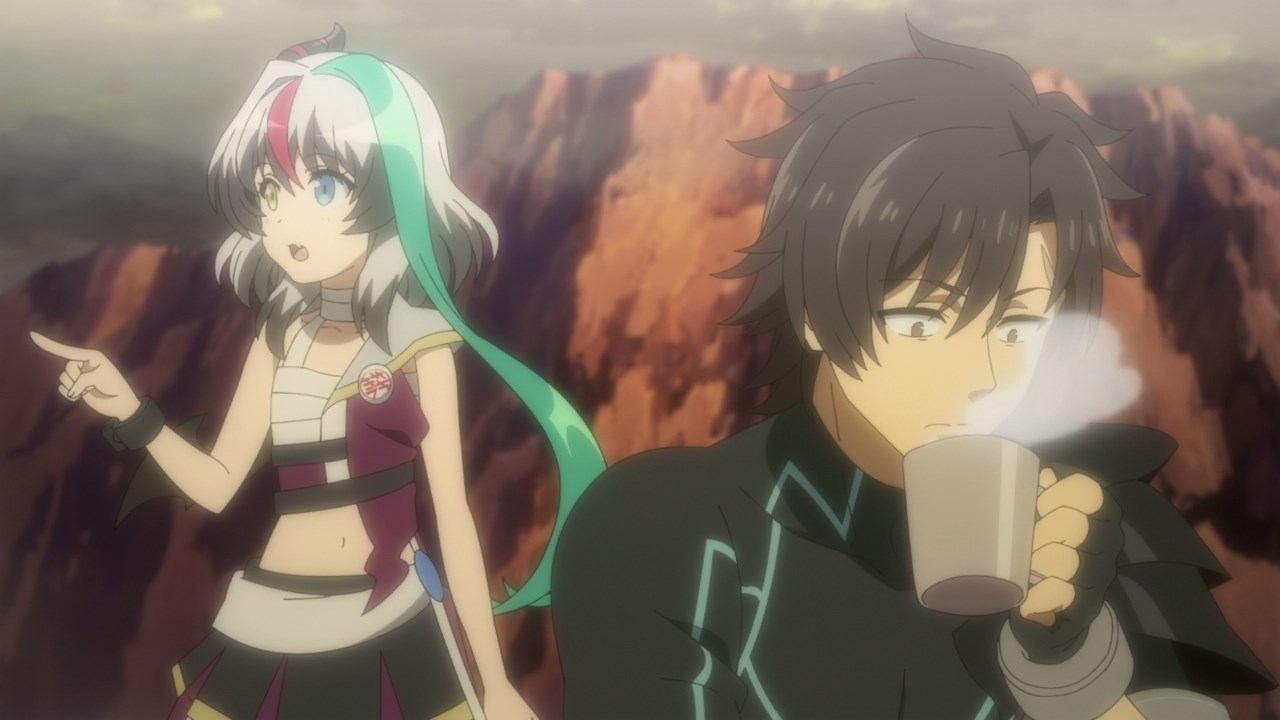 As for No. 6 and his crew, they’ll just killing some time by doing nothing. Besides, climbing from the tower from the inside is tiring. 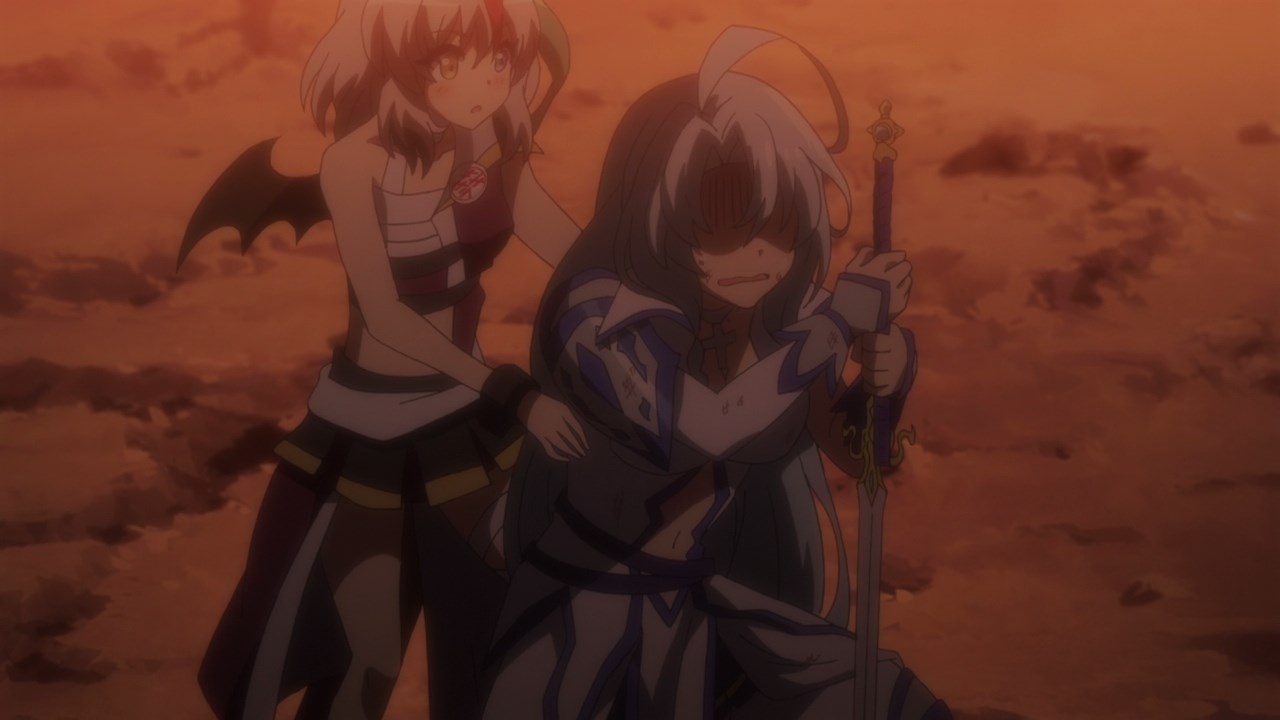 Oh yeah, here’s Snow where she’s really tired after attempting to climb the tower together with the soldiers. Man, she looked so beaten-up. 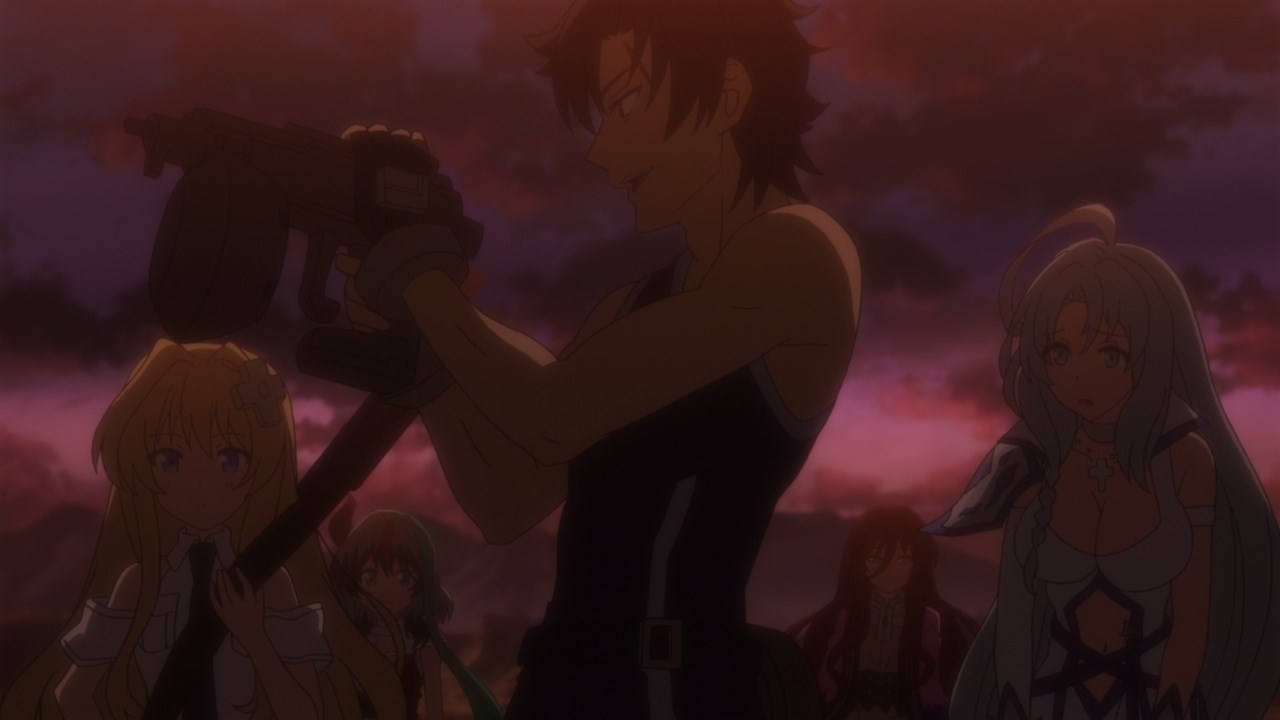 Well then, it’s time for No. 6 to take action as he plans to climb the tower using a nail gun. And why would he use a nail gun? 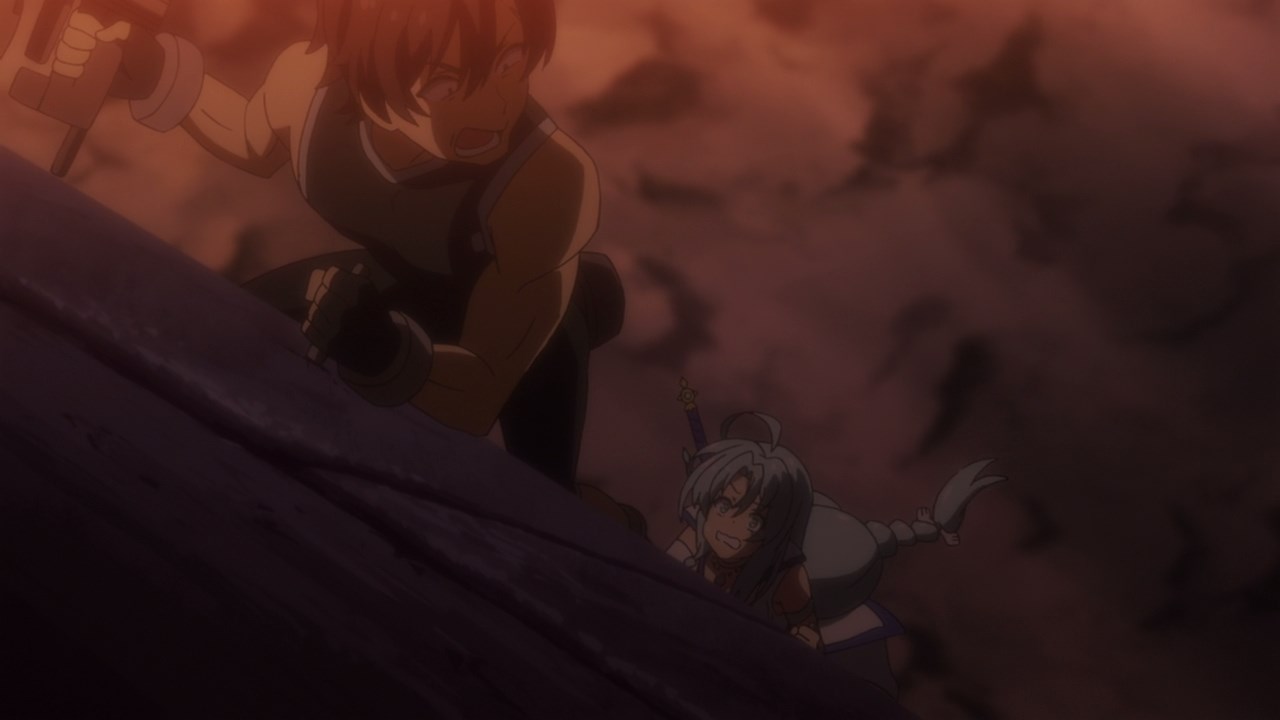 That’s because No. 6 is gonna climb the tower’s outside wall by sticking nails onto it so that he and his party can climb upwards.

Unfortunately, Snow is too tired to climb that she might lose her grip. Honestly, I think she shouldn’t go head-first into action like some glory-seeking hero. 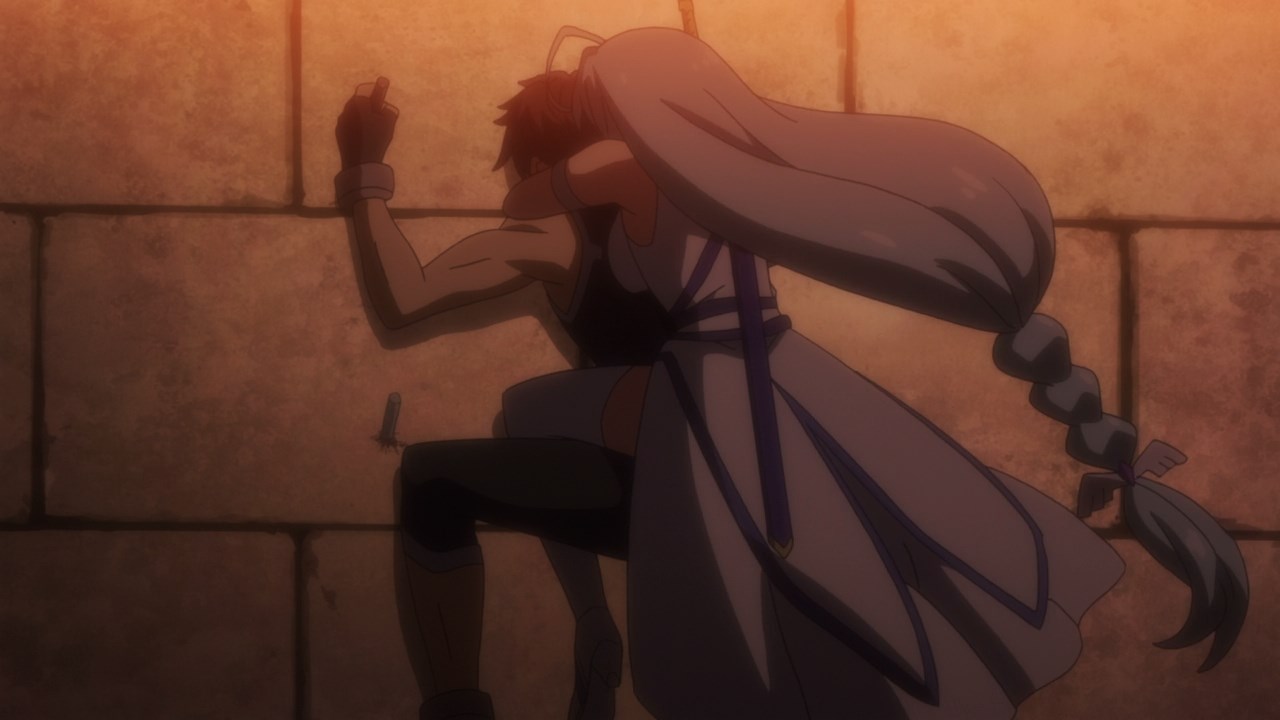 With that said, looks like No. 6 will have to carry Snow, although he loves how Snow’s tits is pressing his back. 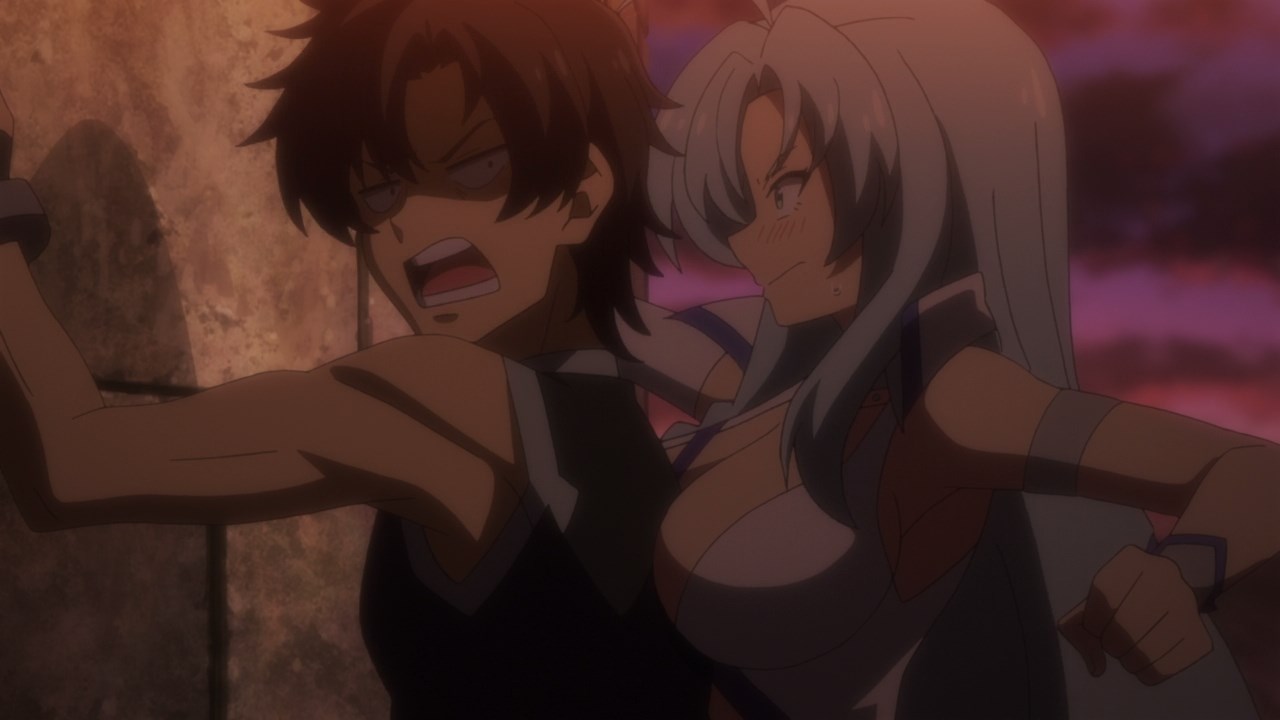 Of course, Snow doesn’t like it at all but then again, I think Snow shouldn’t flail around or she and No. 6 might fall down. 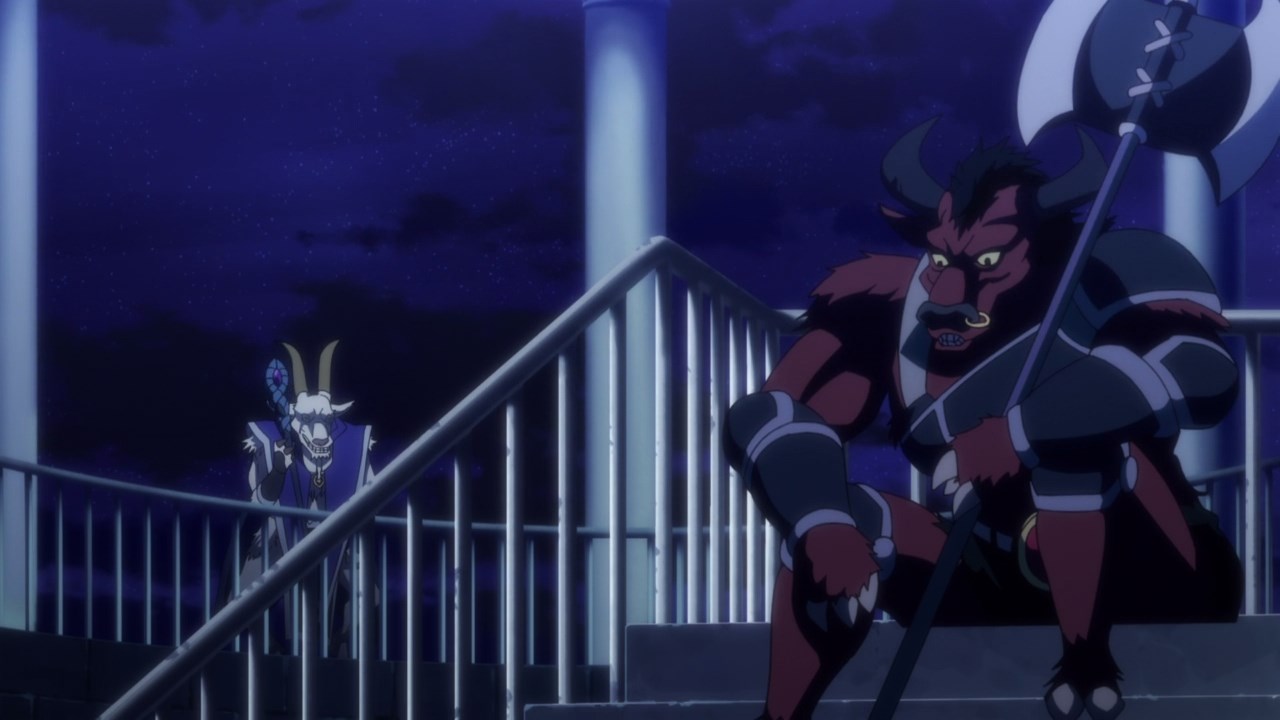 Now then, here’s both Rista of Knowledge and Gil of Strength where they expect those humans to come up here, but it appears that no one has successfully climbed to the top floor.

Well, looks like those demons will have to call it a day and take a rest. 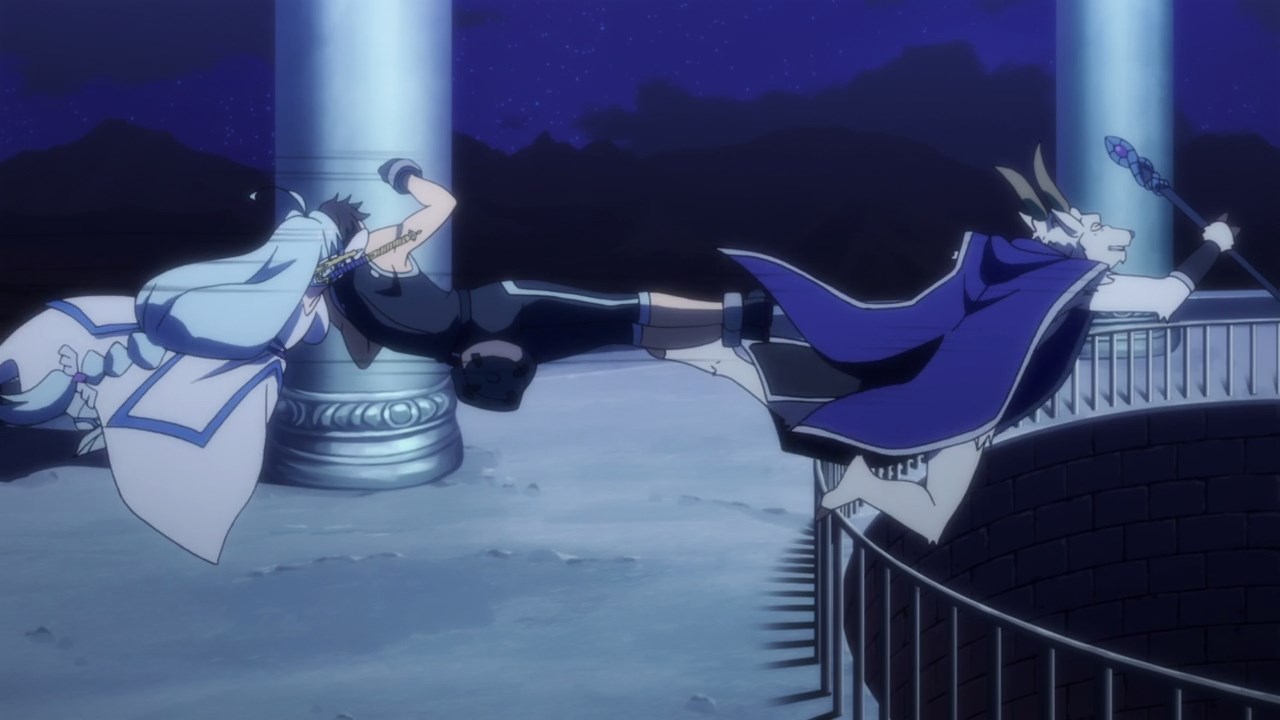 Actually, they should have keep their eyes and ears open as Snow and No. 6 made a surprise attack on both demons upon reaching the tower. 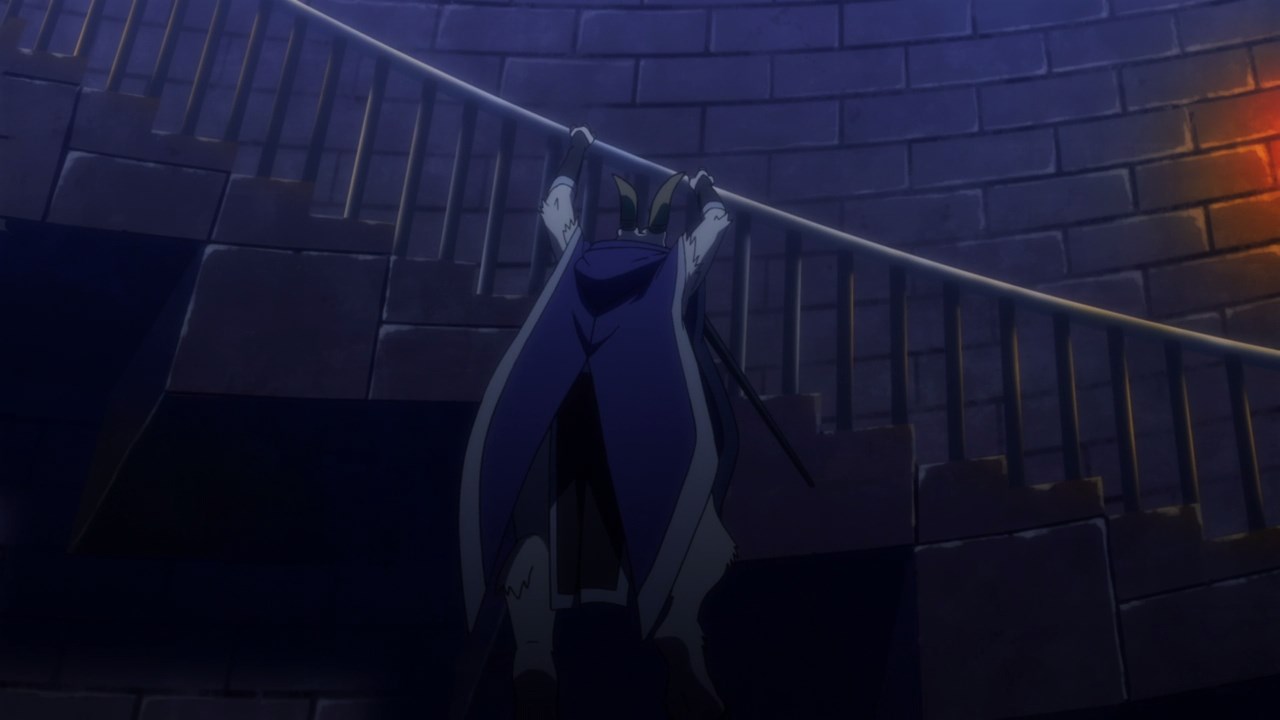 And as you can see, Rista of Knowledge is clinging his life as he tries to hold onto the ledge.

It would be bad if No. 6 throws a rock at him which Rista will fall down for sure. 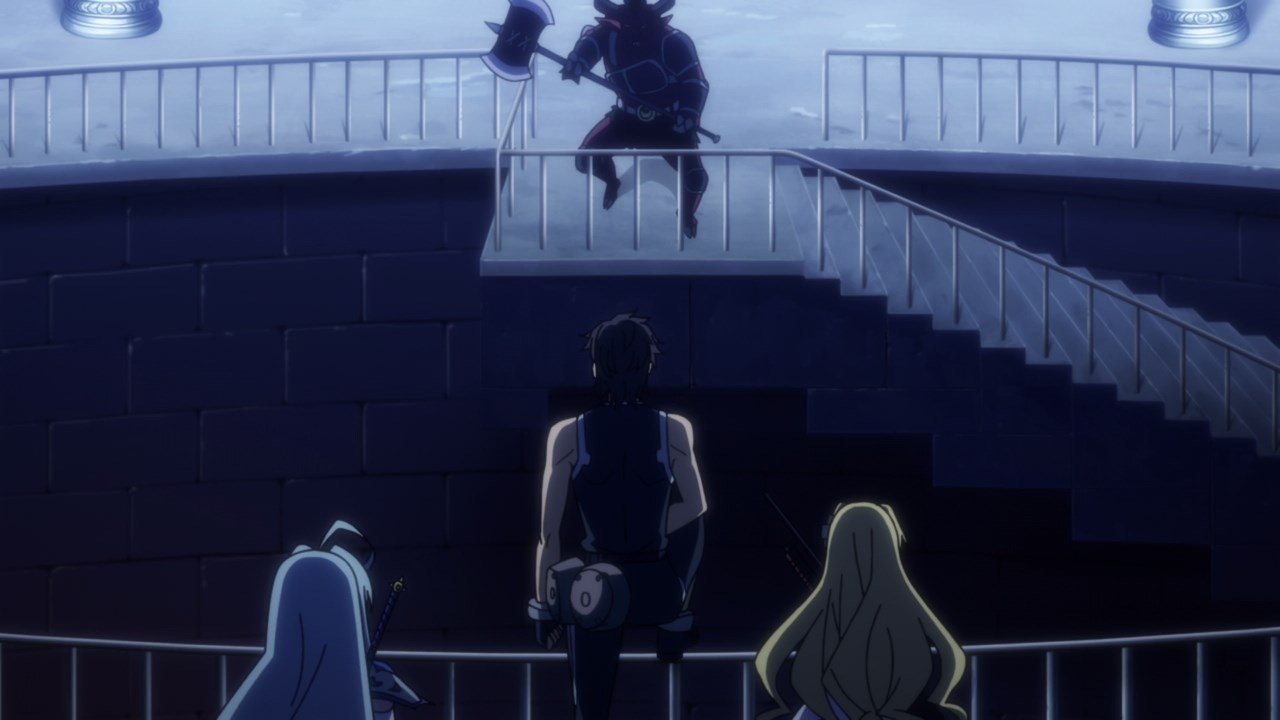 Of course, the combat agent and his posse will have to deal with Gil of Strength, although they don’t have swords nor guns to finish him off. 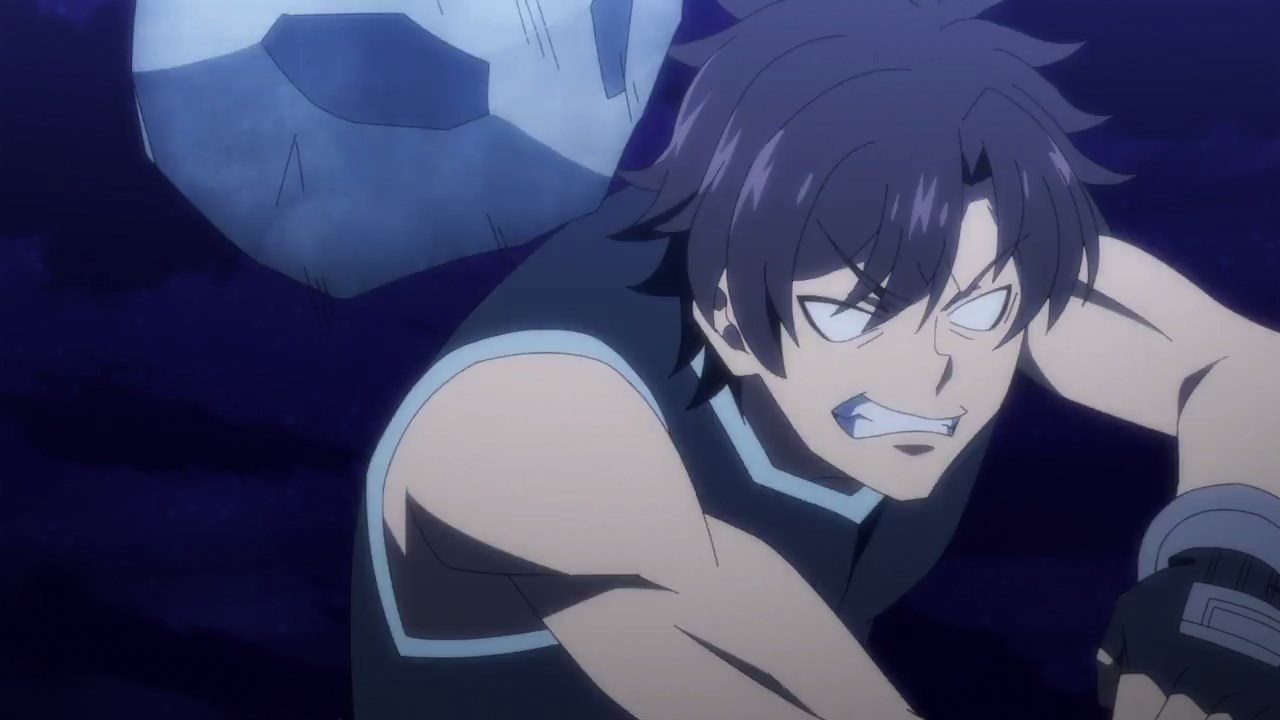 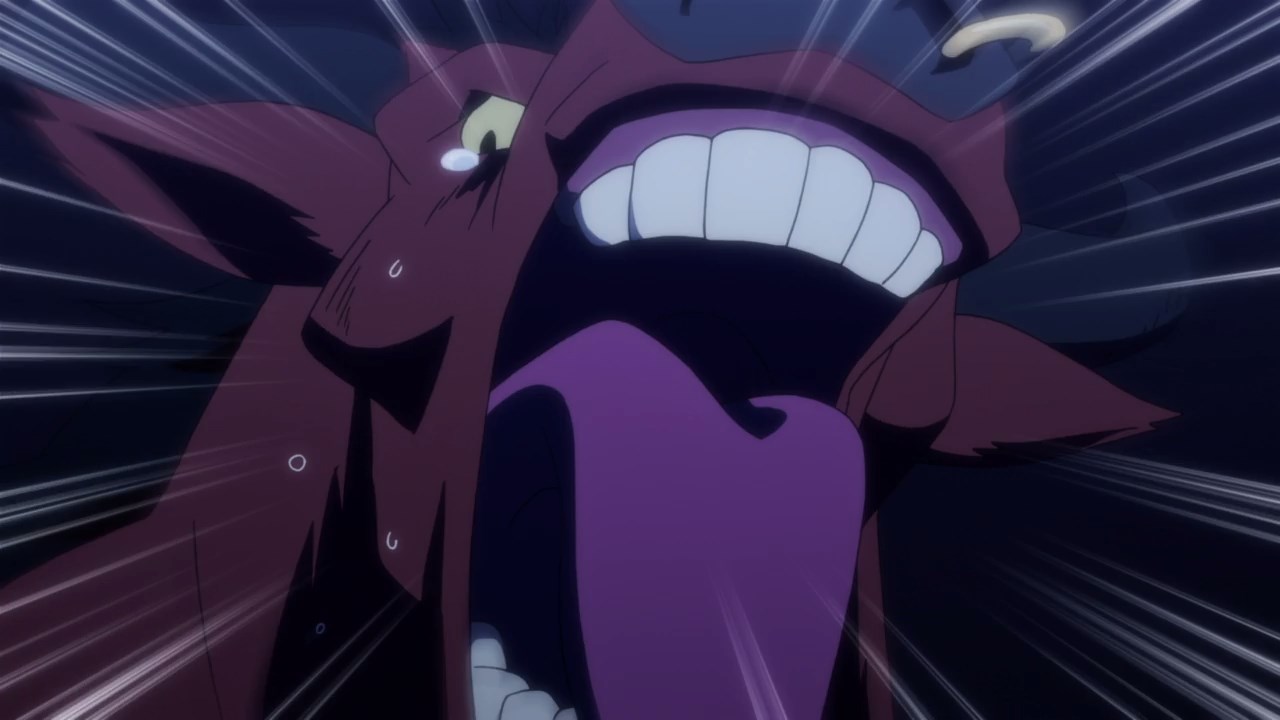 Oh wait, No. 6 will just finish this demon off by throwing rocks at Gil. Um Gil, are you suppose to use your poleaxe to cut that rock in half? 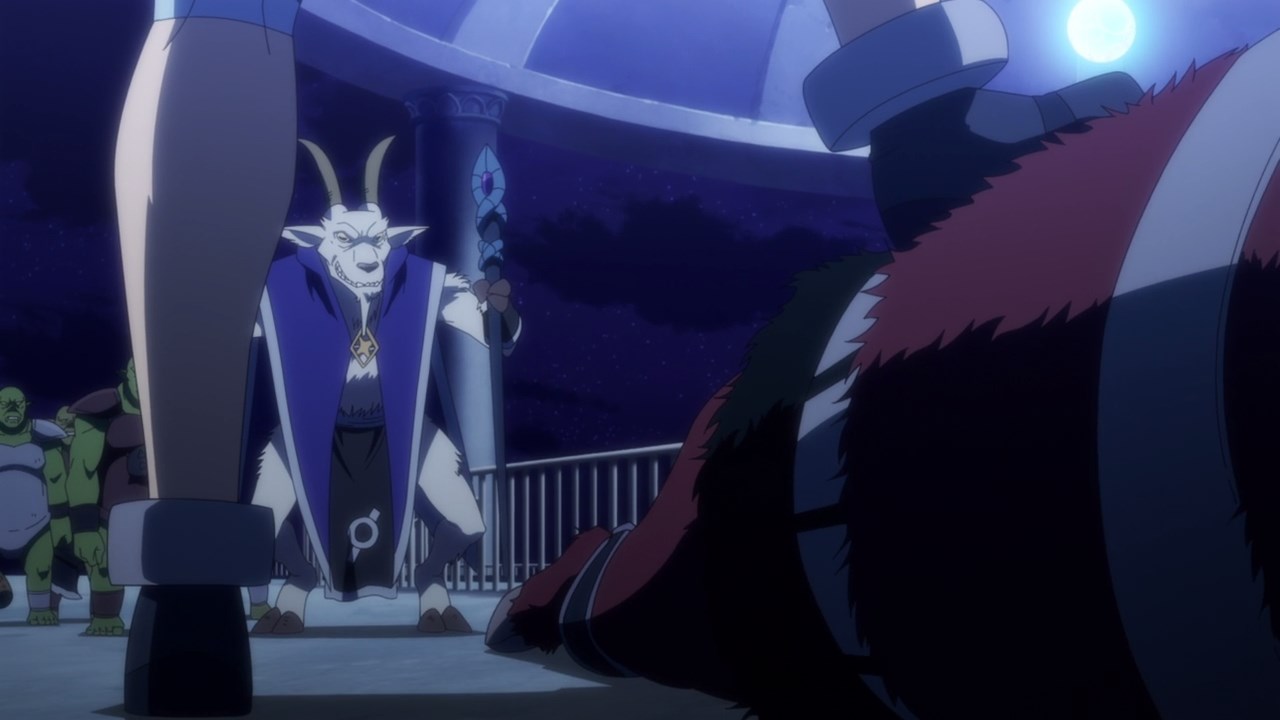 Meanwhile, looks like Rista has managed to save himself, or rather have his subordinates pull him up to safety as Rista arrived at the top floor. 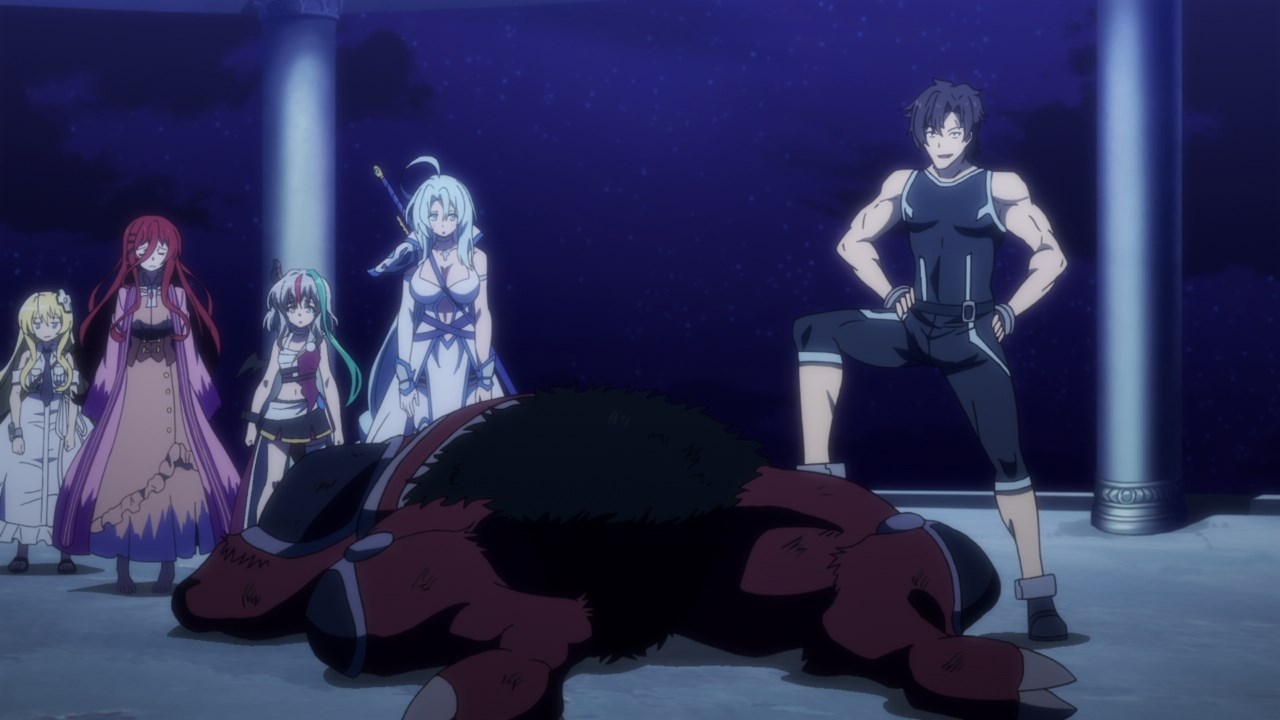 Unfortunately, he’s too late as Combat Agent No. 6 and his party beat the shit out of Gil of Strength, although Gil is not yet dead though as he’s knocked out cold.

Of course, No. 6 will definitely kill Rista’s brother if this demon pays the combat agent up, be it gold or the hero’s equipment. In any case, looks like Duster Tower has finally conquered by the Kingdom of Grace. 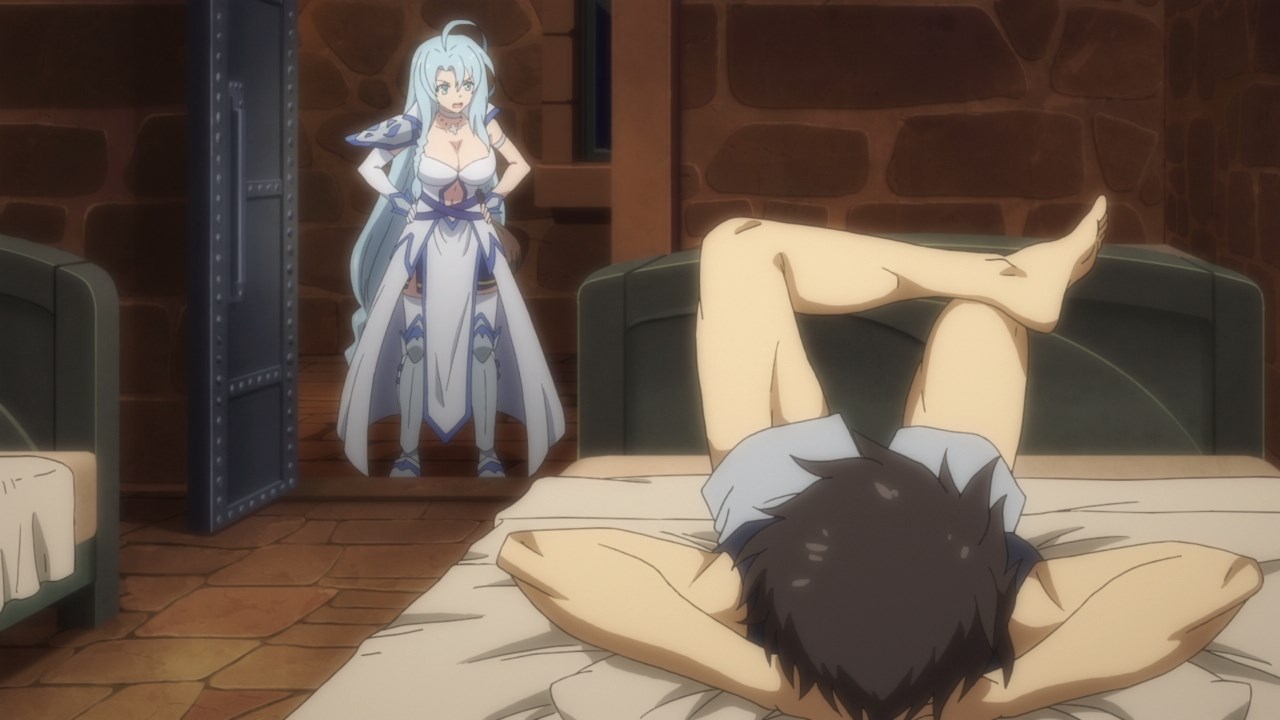 However, Snow is very angry that No. 6 did horrible things just to take out those demons inside the tower.

Um Snow, both Combat Agent No. 6 and Alice Kisaragi are suppose to do horrible things which earns them evil points. 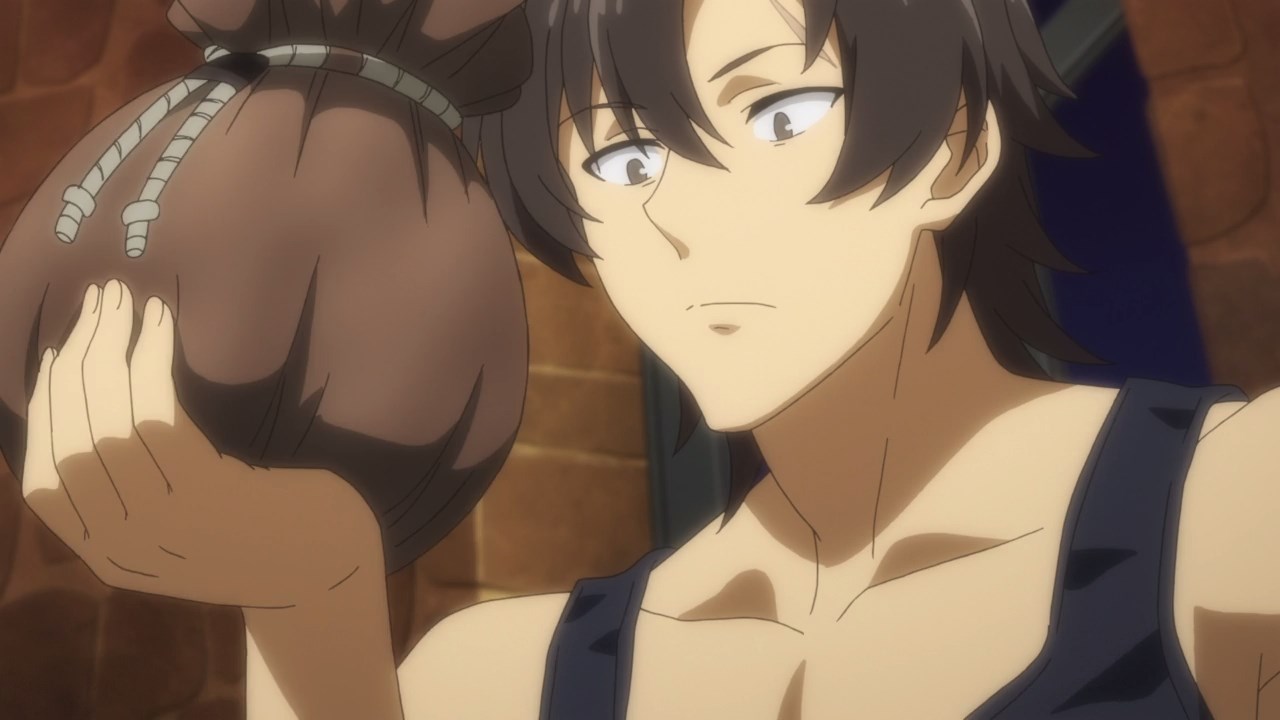 By the way, Snow gave a pouch full of gold to No. 6 since he and his ragtag team did most of the dirty work of driving those demons away. 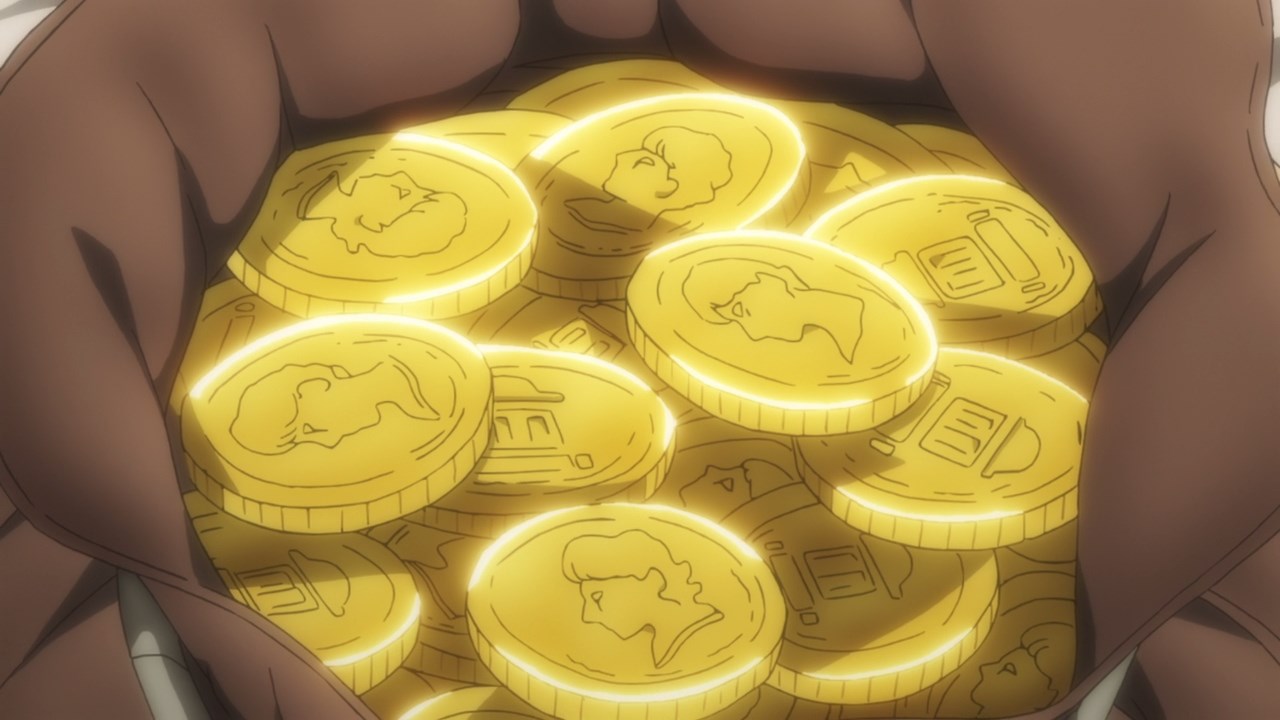 Oh yeah, this pouch of gold is enough for one family to live in luxury for 1 year. Hm, I smell No. 6 quitting his job as a combat agent! 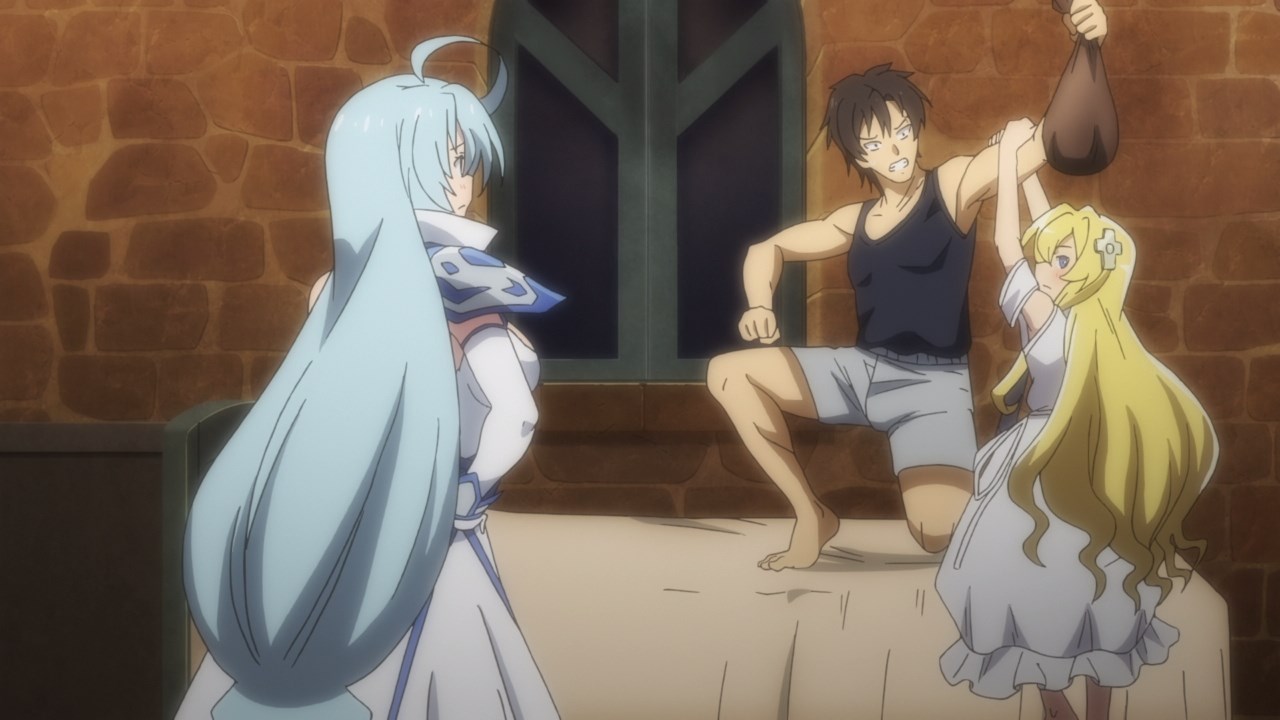 Of course, he’s not gonna quit yet because No. 6 needs to conquer this planet for the sake of Kisaragi Corporation. C’mon, Freezing Astaroth puts her faith on him.

Still, I’m hoping that No. 7 will deal with that treacherous strategist soon ’cause he might carry out his plan to destroy the kingdom from within. Anyways, tune in next time!