Joran: The Princess of Snow and Blood Episode #03 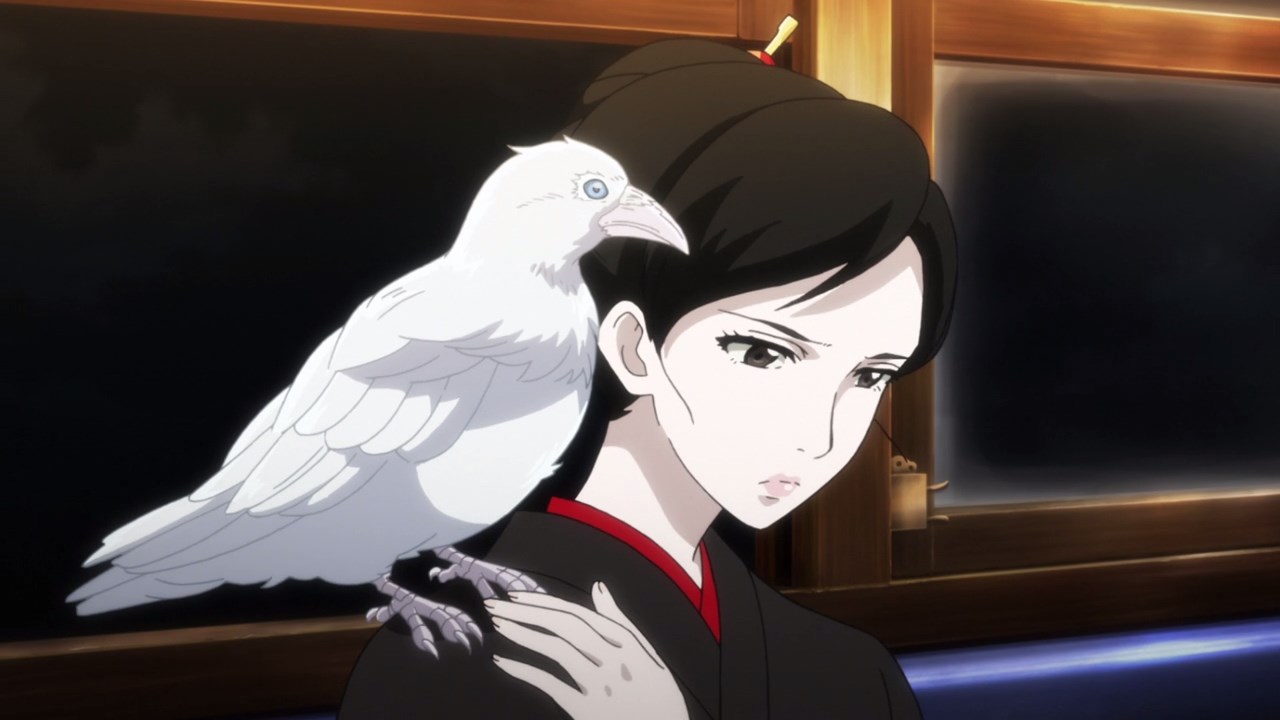 Okay, it appears that Sawa Yukimura didn’t fight Ellen Hanakaze at all as Jin Kuzuhara managed to stop them… somewhat. That’s disappointing.

Of course, it’s revealed that the Tokugawa Shogunate actually ordered the assassination of Kyouko Shimozono where they consider the treasurer as a threat to the regime’s power. 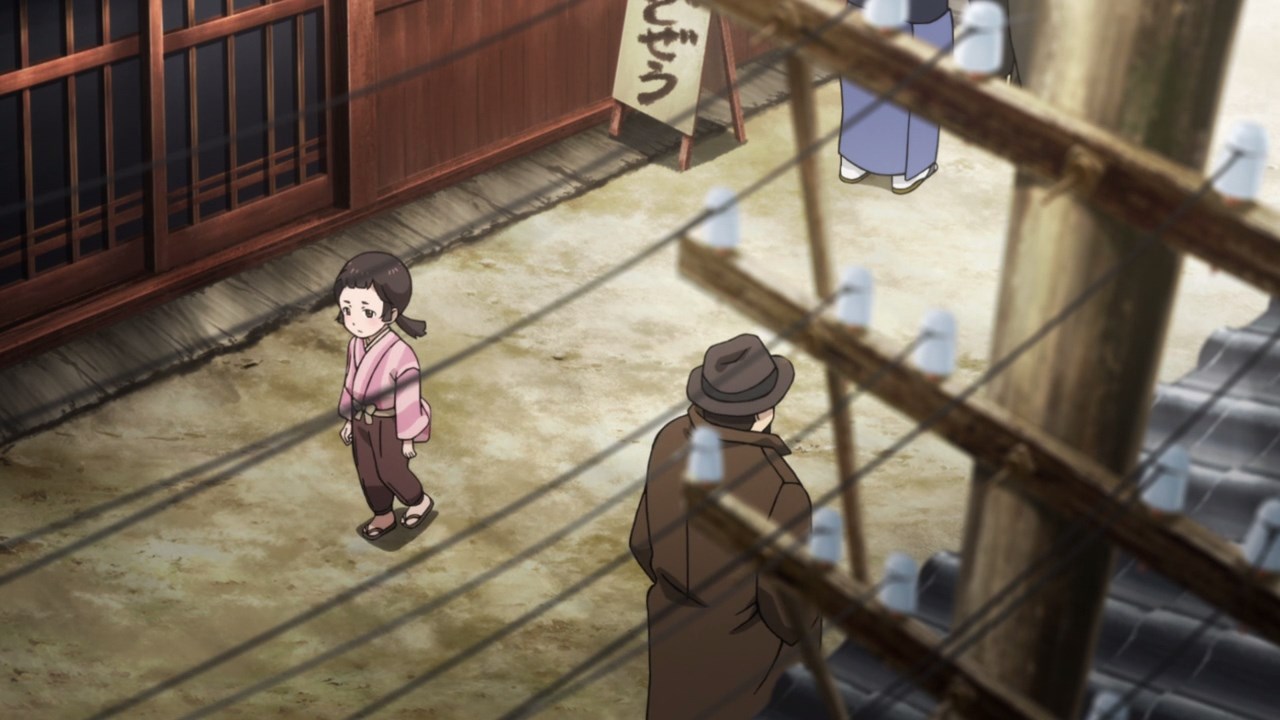 Now then, let’s move onto Asahi Nakamura where she’s conflicted on whether to kill her only guardian or not. After all, Sawa is the one who save Asahi from becoming a prostitute. 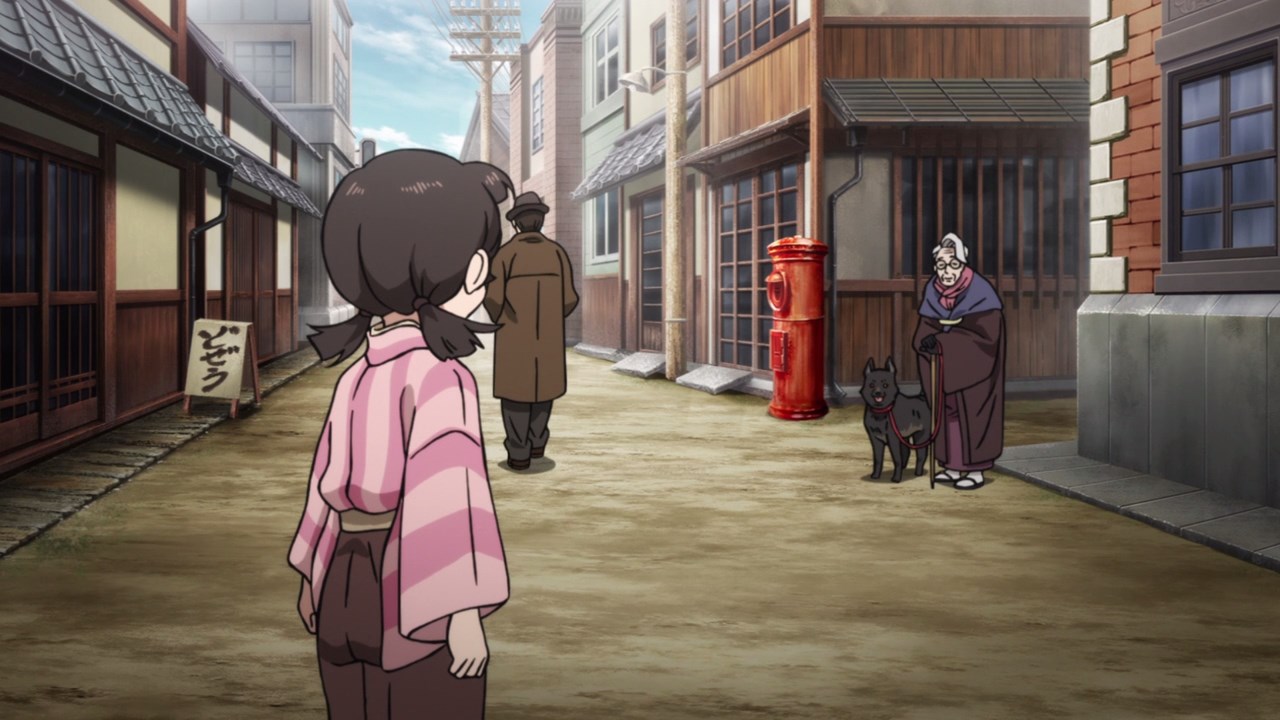 On the other hand, it appears that Asahi got called by this nice old lady, although I feel suspicious towards the lady because I suspect that she might endanger Nakamura. 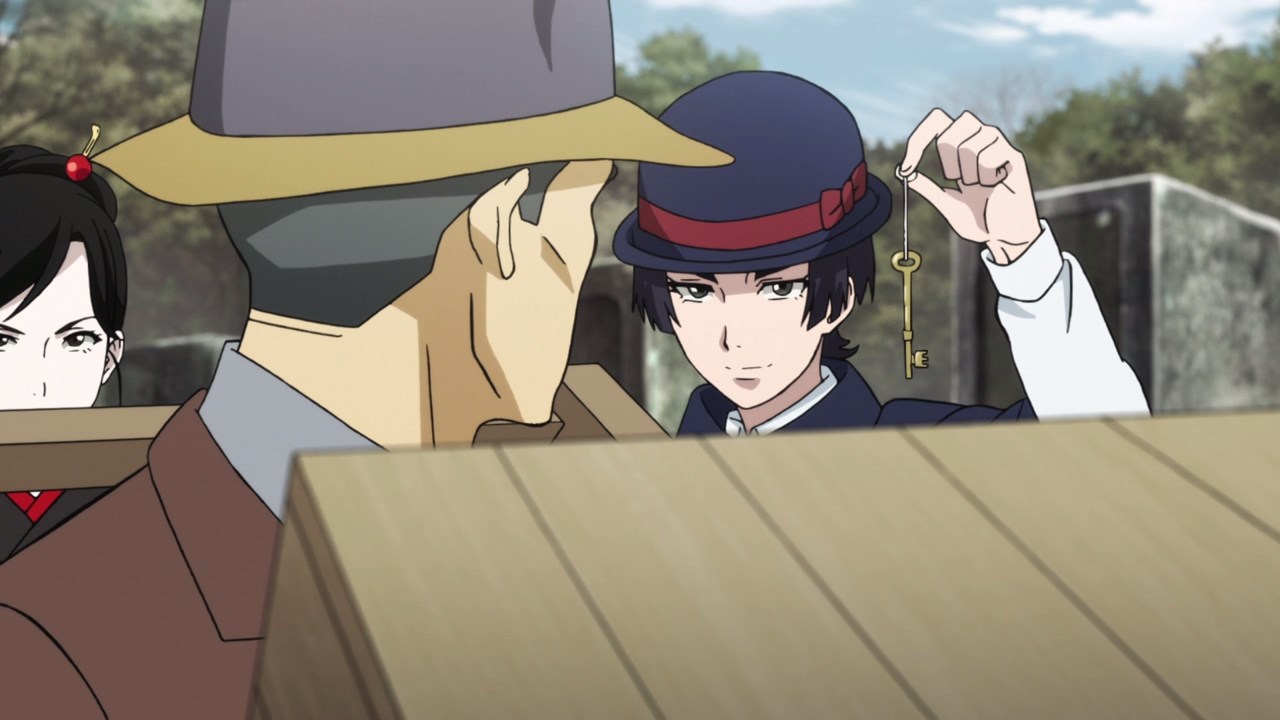 Moving onto the next scene where Nue are tasked to interrogate one of the agents who suspected that he sold some information to the enemy or even send fake intel to Nue. 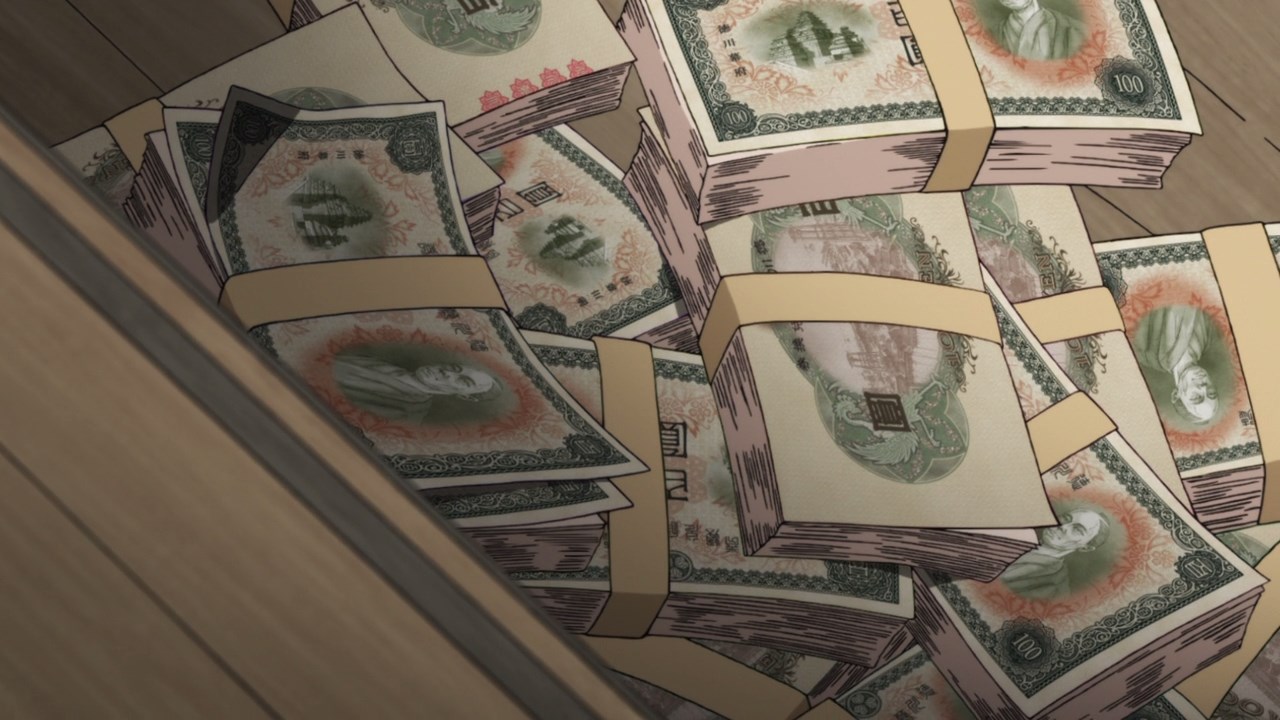 Oh yeah, and Makoto Tsukishiro has some proof of it in which the grave cleaner receives money in exchange for crucial information within the secret police. Man, that’s a lot of cash. 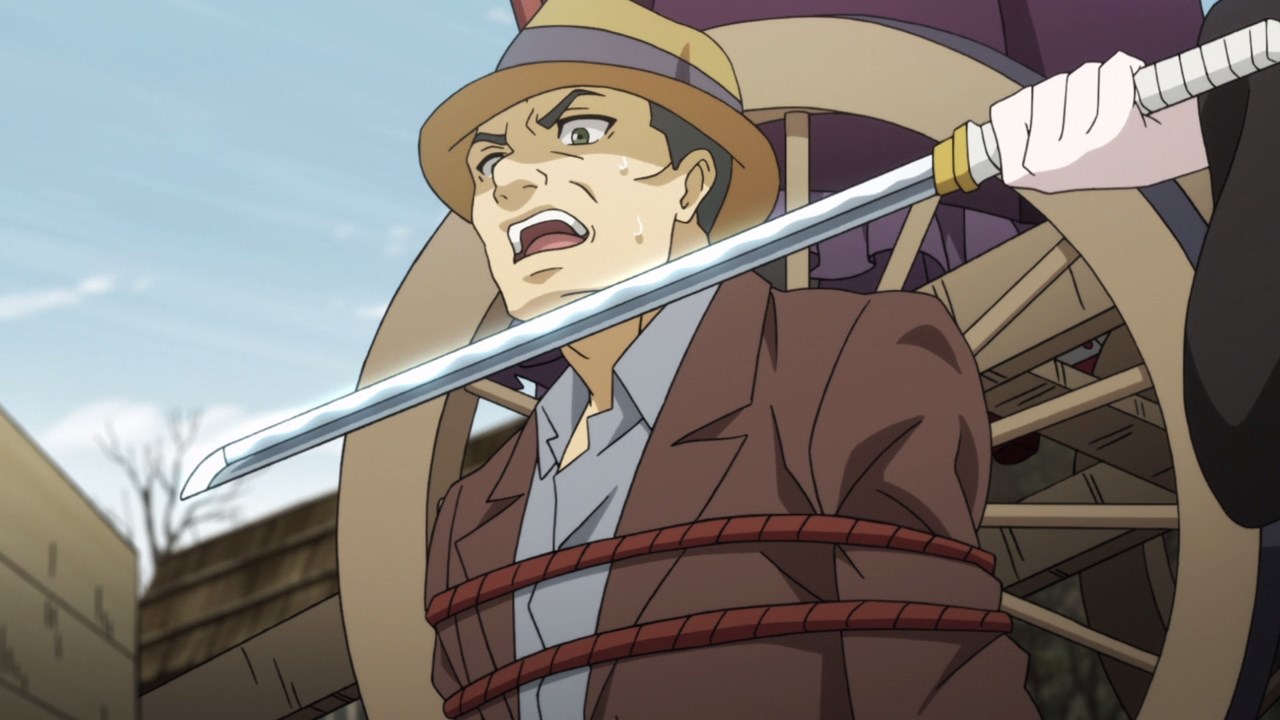 Anyways, looks like this cleaner is about to get punished by the likes of Yukimura and Hanakaze. All I could say is that he’ll be a goner soon once he spill the beans. 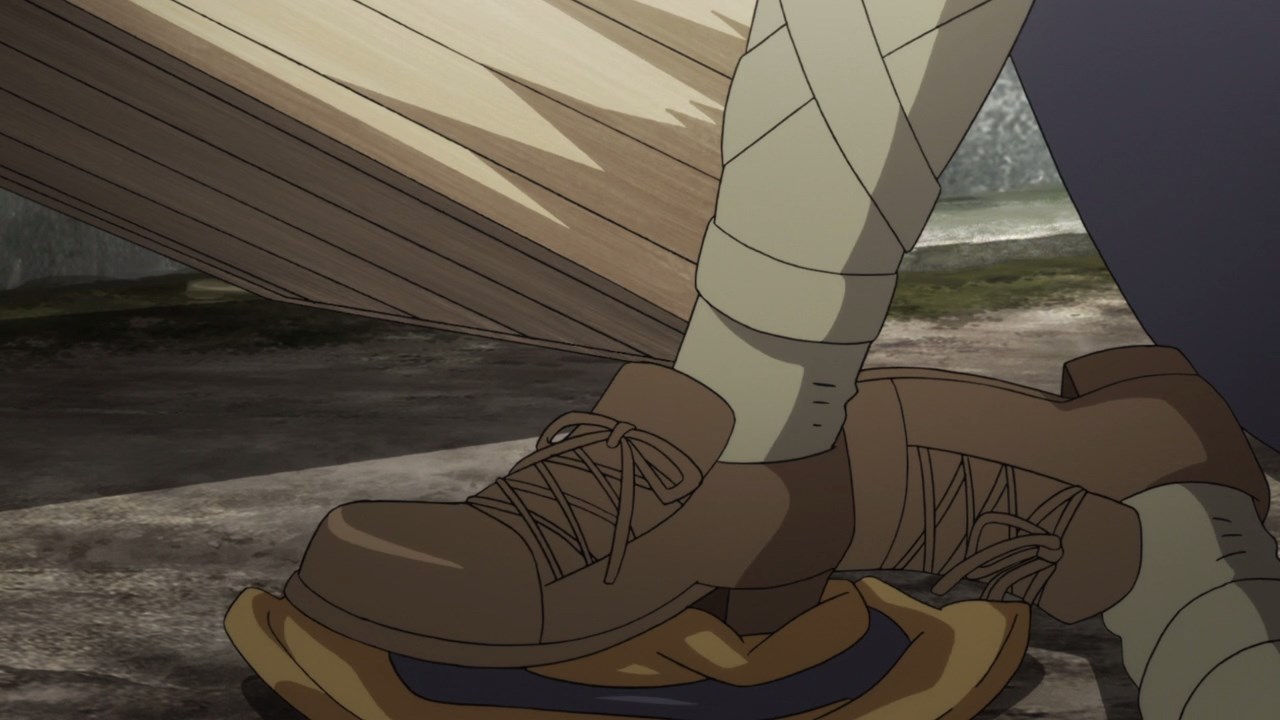 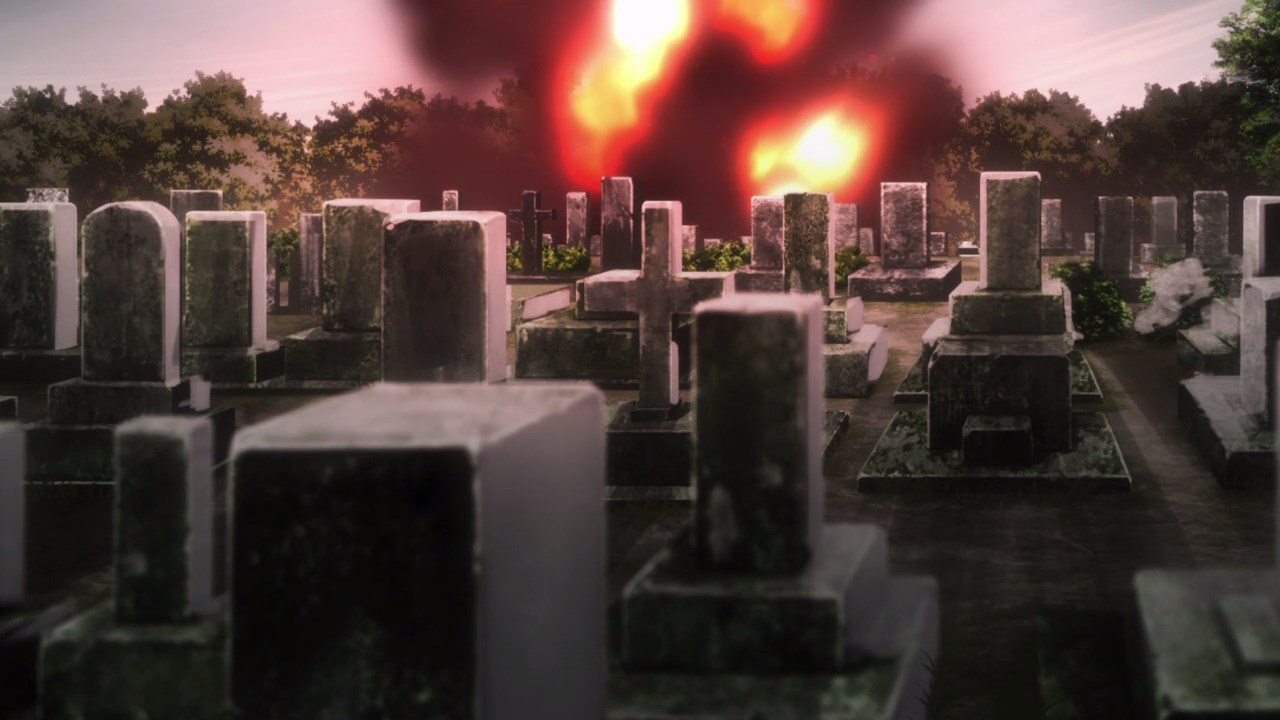 Of course, the cleaner decides to blow himself up by crushing his own hat, as well as the executioners as the traitor wants to take them straight to hell. 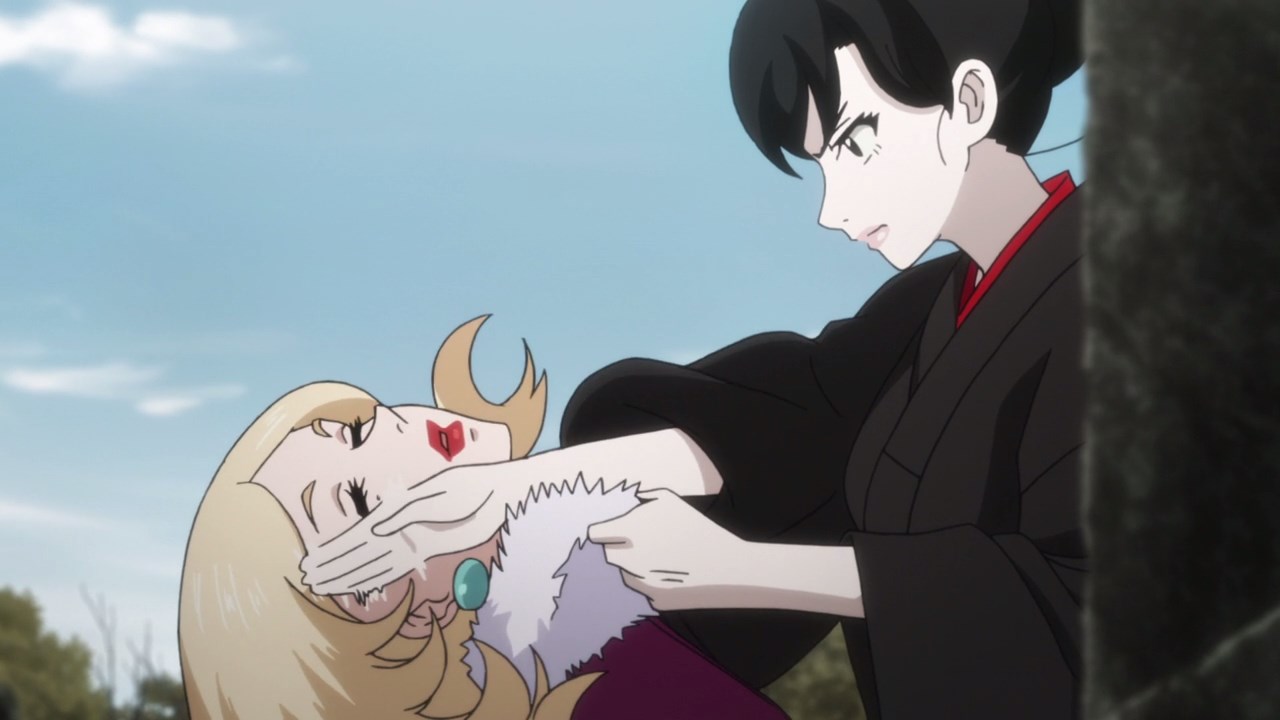 Except that Sawa and her slightly-treacherous allies are alive, although Yukimura will have to slap Elena Hanakaze to the face in order to wake her up.

Still, I guess we’ll never know if this guy is working for Janome or a different organization since he’s already dead. 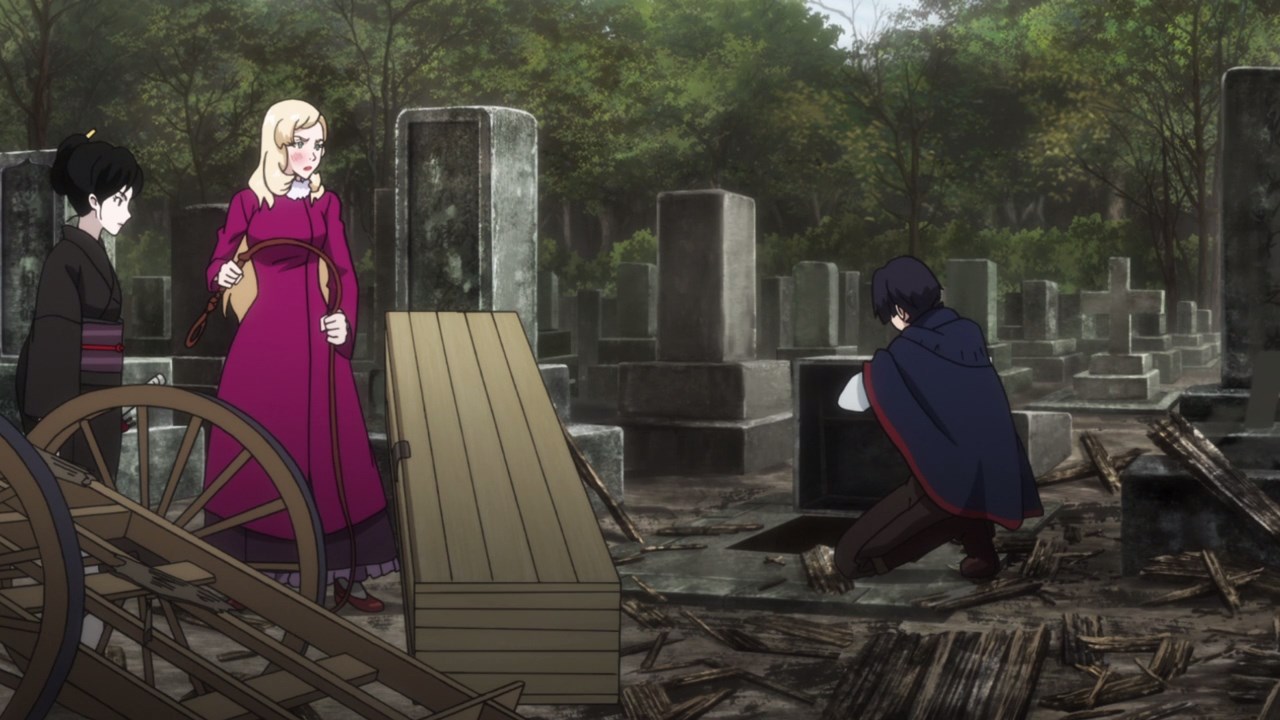 However, Tsukishiro told his fellow executioners that the cleaner managed to escape via this hidden passage. That’s right, the traitor is alive. 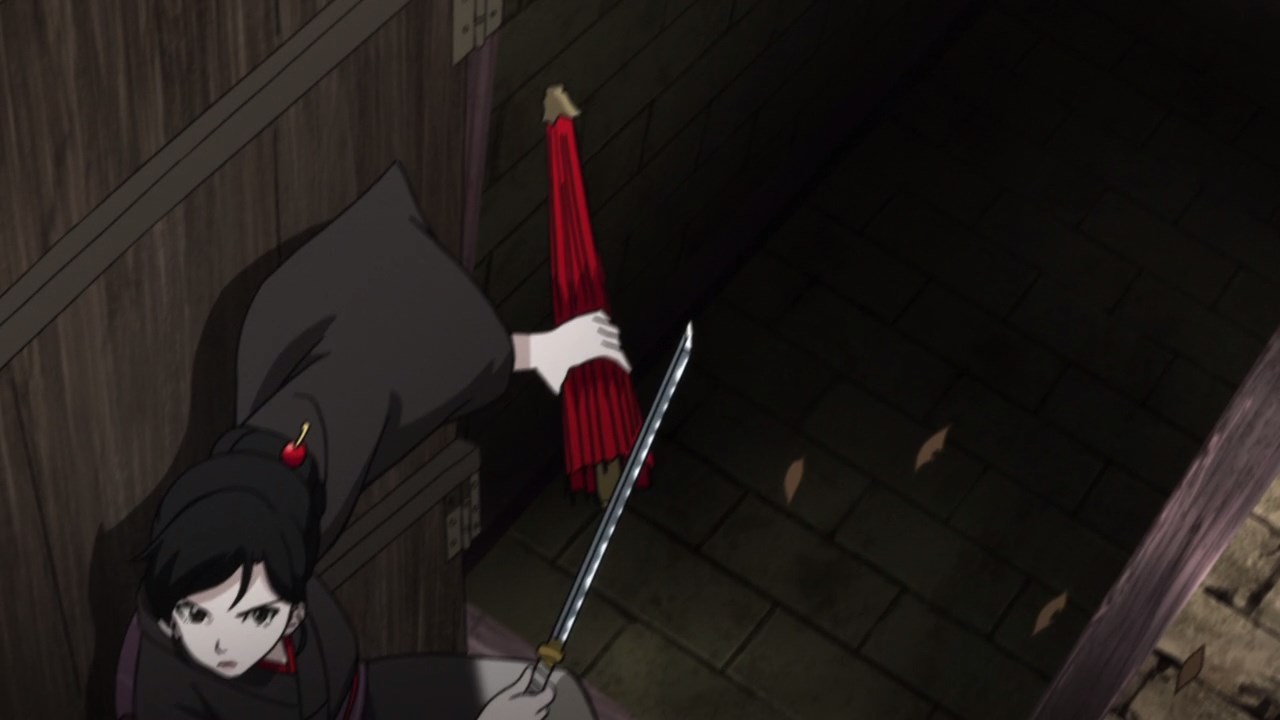 But with that said, Sawa Yukimura went inside the hidden passage as she tries to take down the traitor by herself. 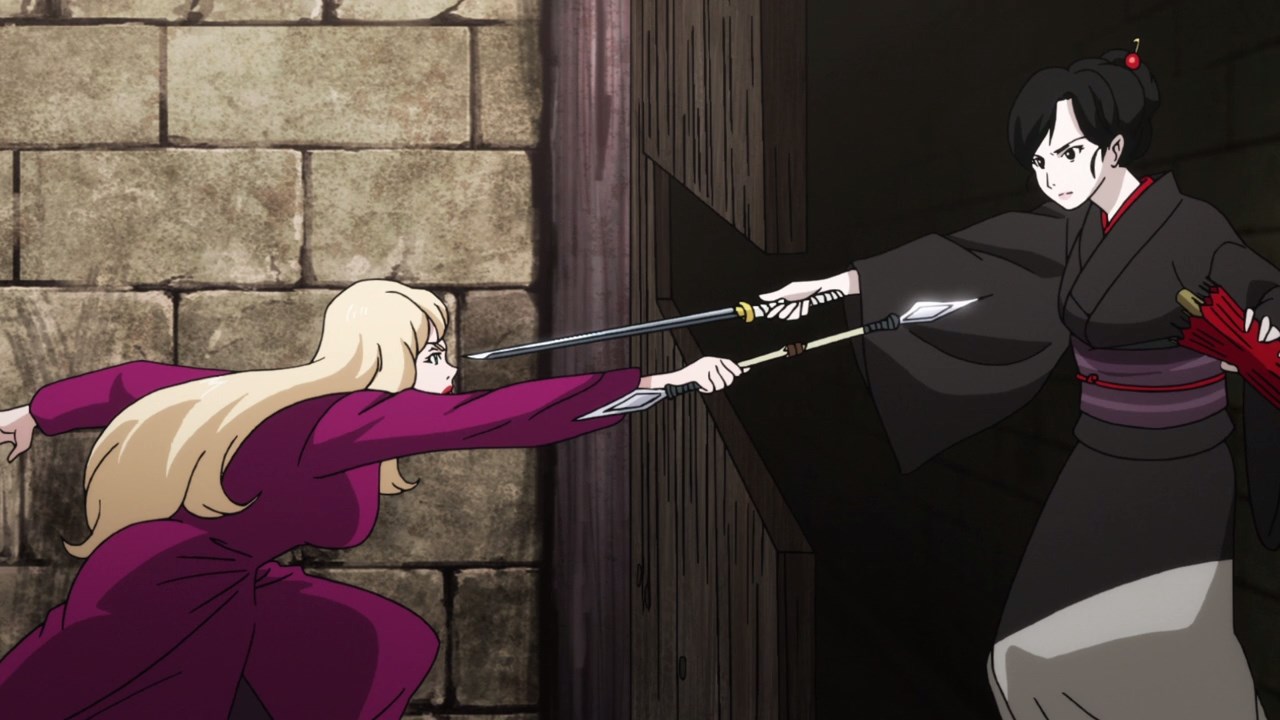 Well, except that she encountered Elena Hanakaze by accident. Okay, seems that Makoto Tsukishiro wants both executioners to kill each other, although I wonder why he did that? 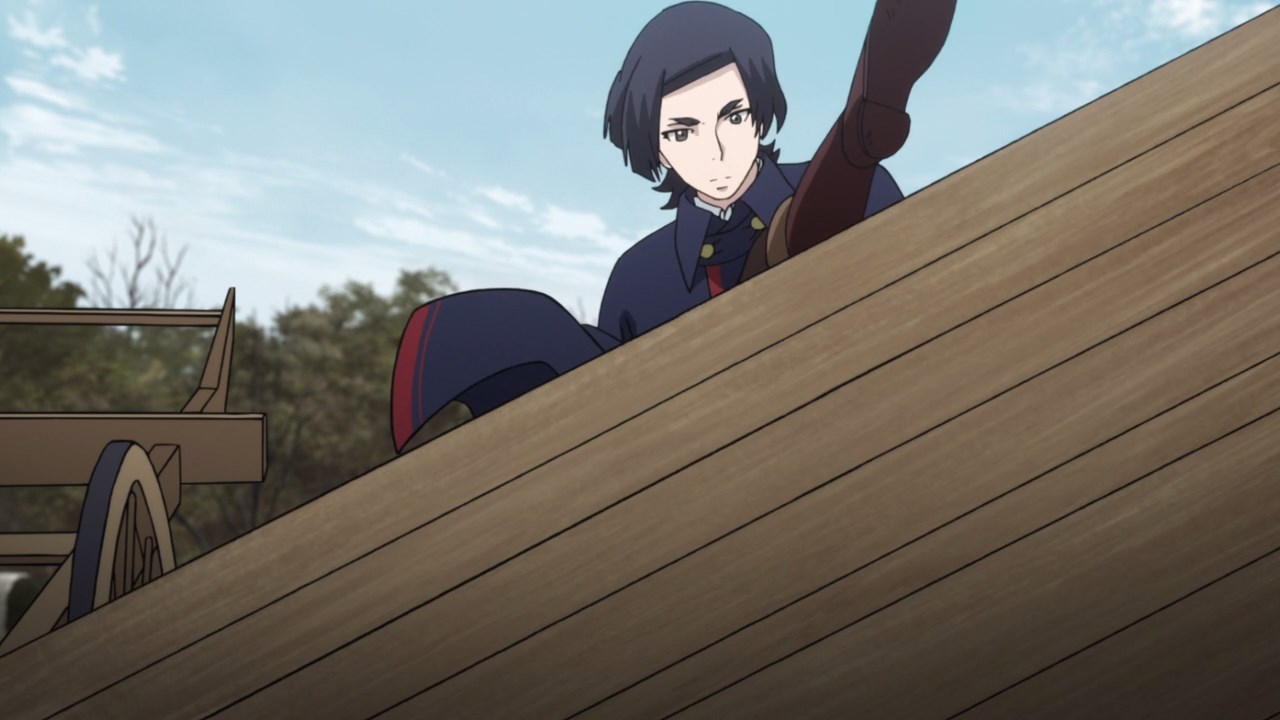 Speaking of Tsukishiro, it appears that he’s hiding something from both Yukimura and Hanakaze as Makoto open up the casket… 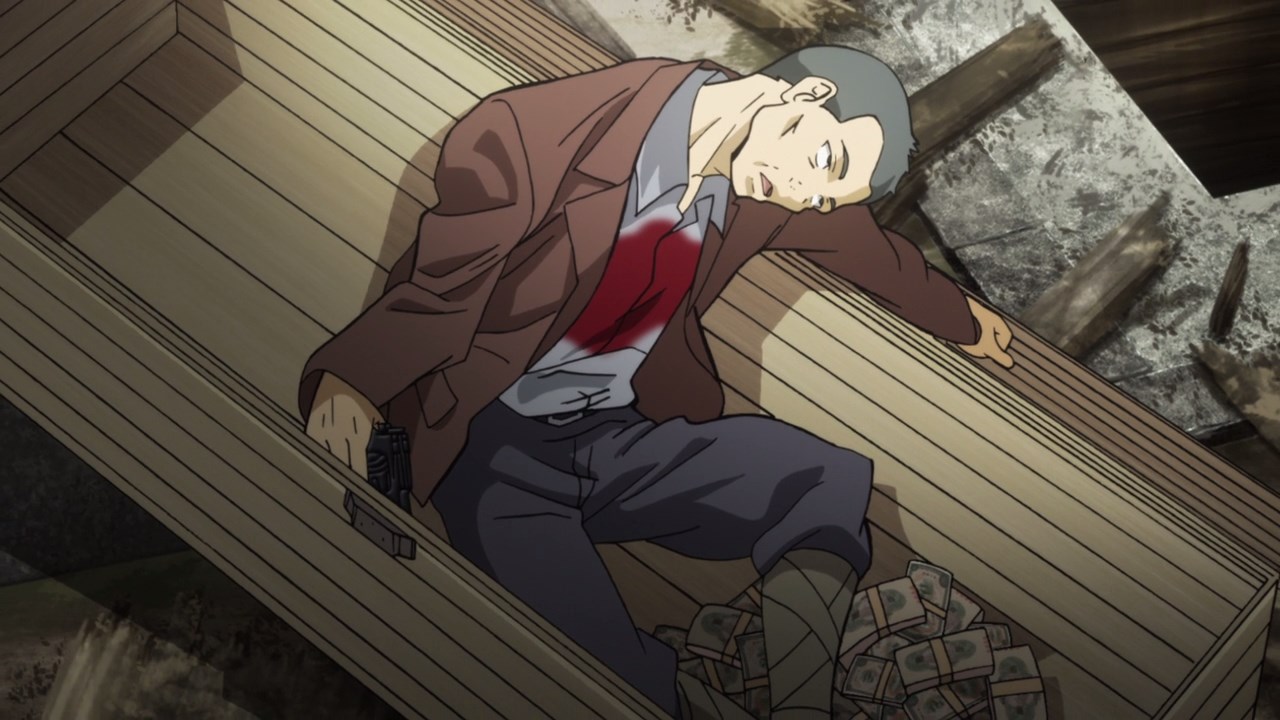 …which revealed the cleaner’s corpse along with his dirty money. Turns out that Tsukishiro took out the traitor by himself. 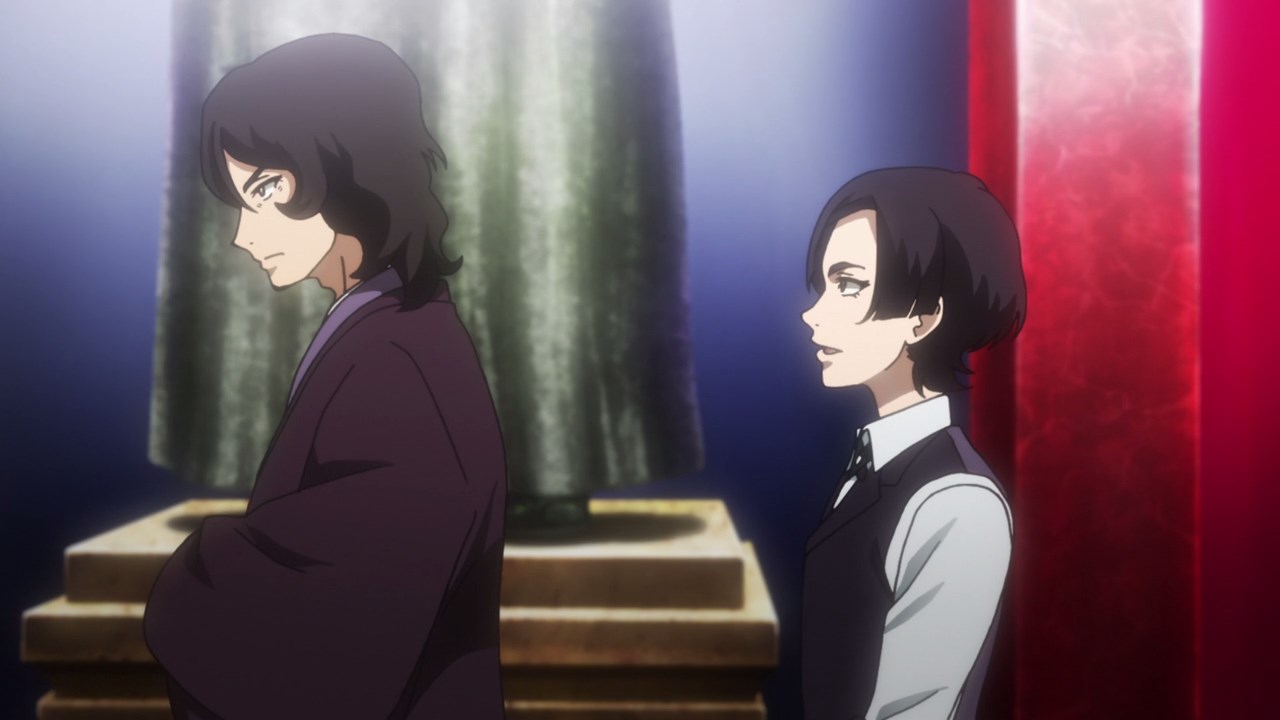 Oh yeah, and Makoto told his boss that the traitor took his own life, even though Tsukishiro shoot the cleaner down. With that said, Makoto did a great job anyway. 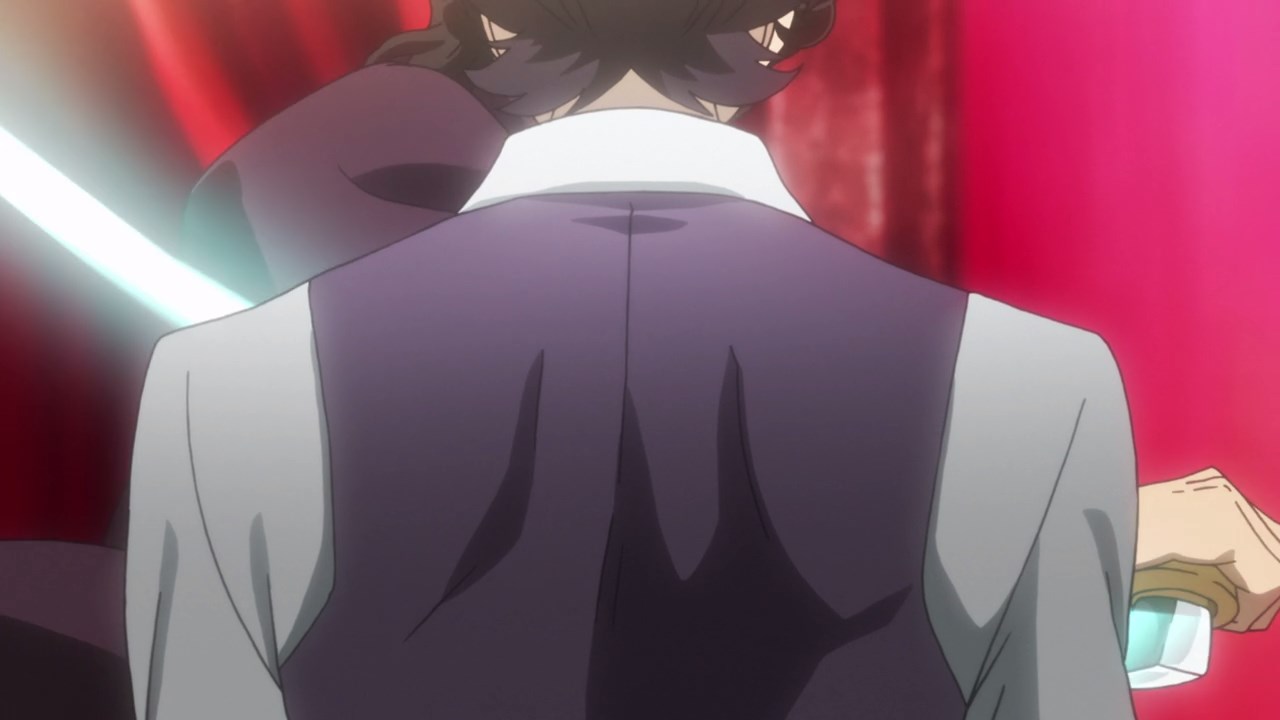 Except that Jin Kuzuhara is not pleased in regards to the cleaner’s supposed suicide as he slashes Makoto’s shirt, which revealed that Tsukishiro is actually a female agent.

Wow, I’m very shocked that Shouta Aoi’s character is a woman who’s dressed-up as a man! 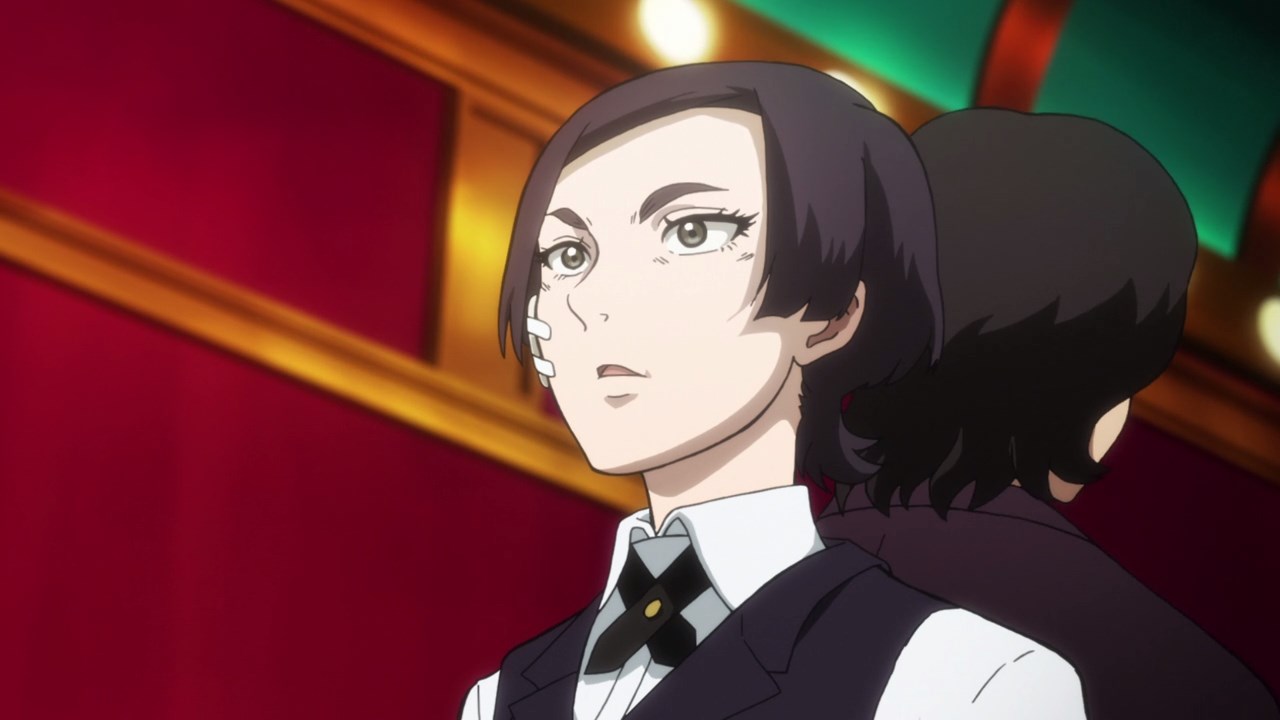 Still, Jin Kuzuhara is really mad towards Makoto Tsukishiro that he suspects that Makoto is actually a traitor within the organization. Of course, the question is when will Tsukishiro betray Nue? 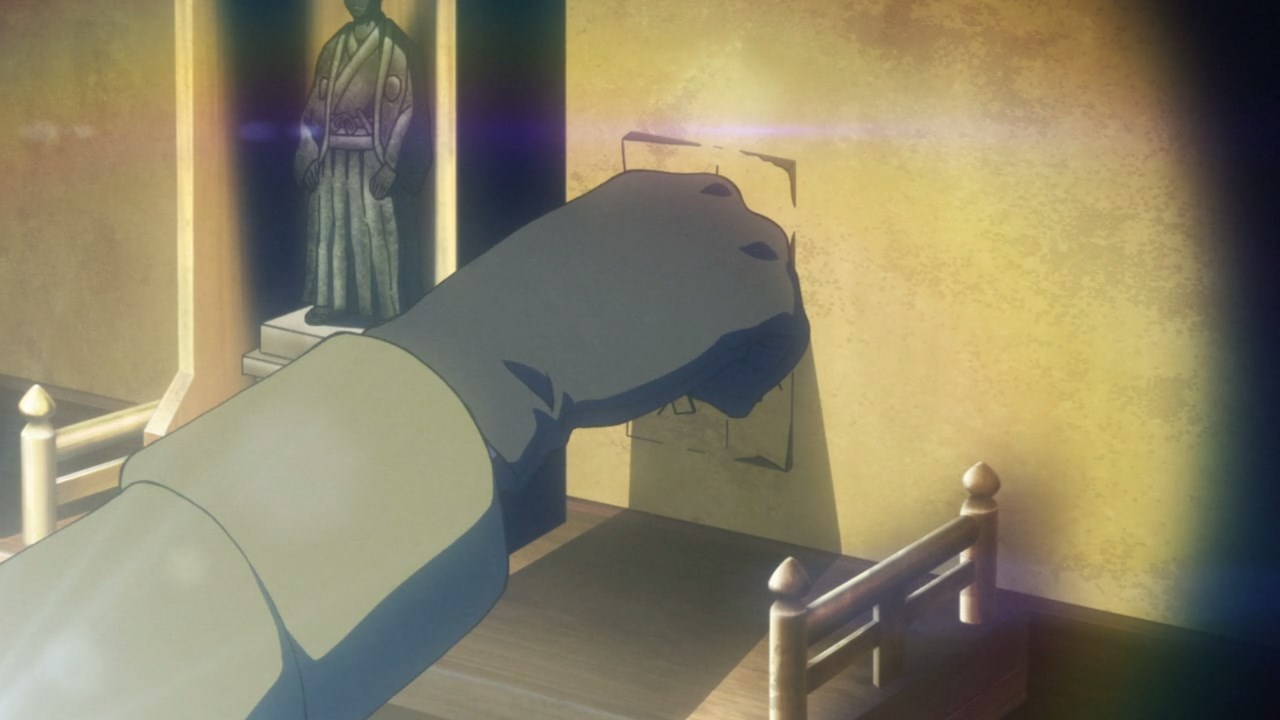 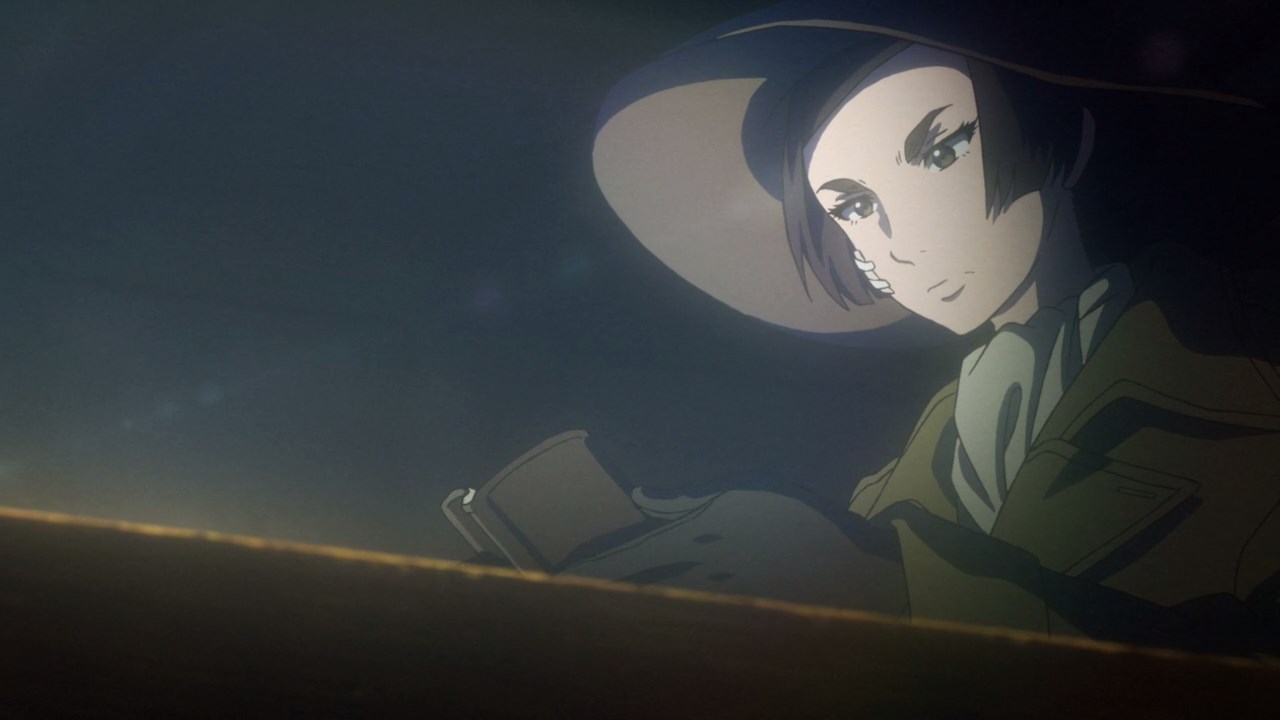 But speaking of Makoto Tsukishiro, it looks like she found some notes from the treasurer, although we’ll never know its contents since Shimozono is already dead. 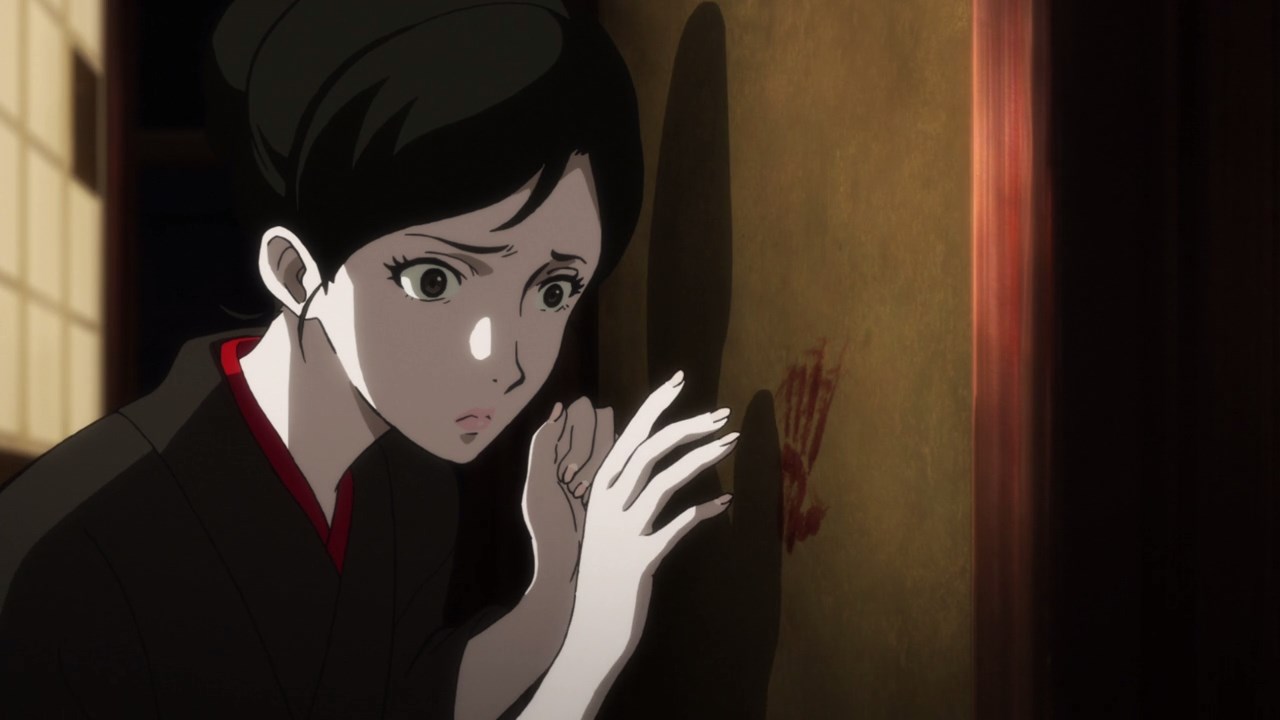 One last thing, it looks like Sawa Yukimura is really worried that someone took Asahi Nakamura away as she saw some bloodstains, which belonged to the young girl. Don’t tell me that the old lady kidnap Asahi? 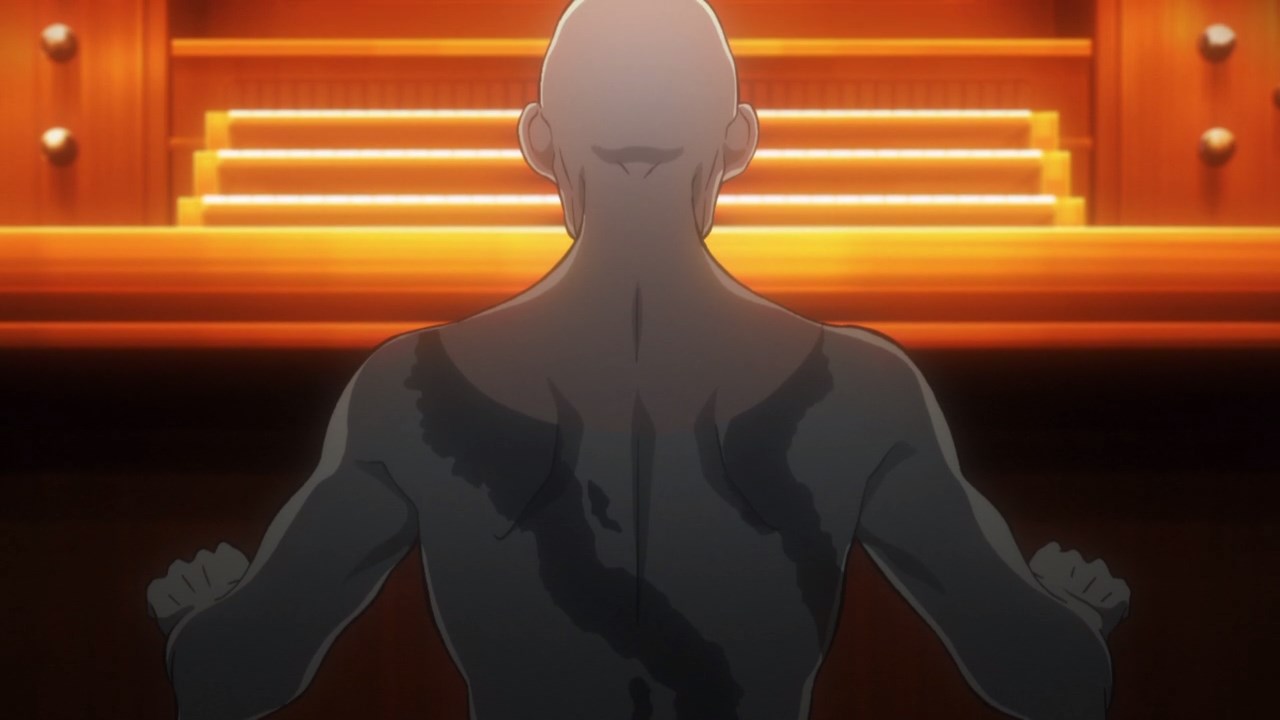 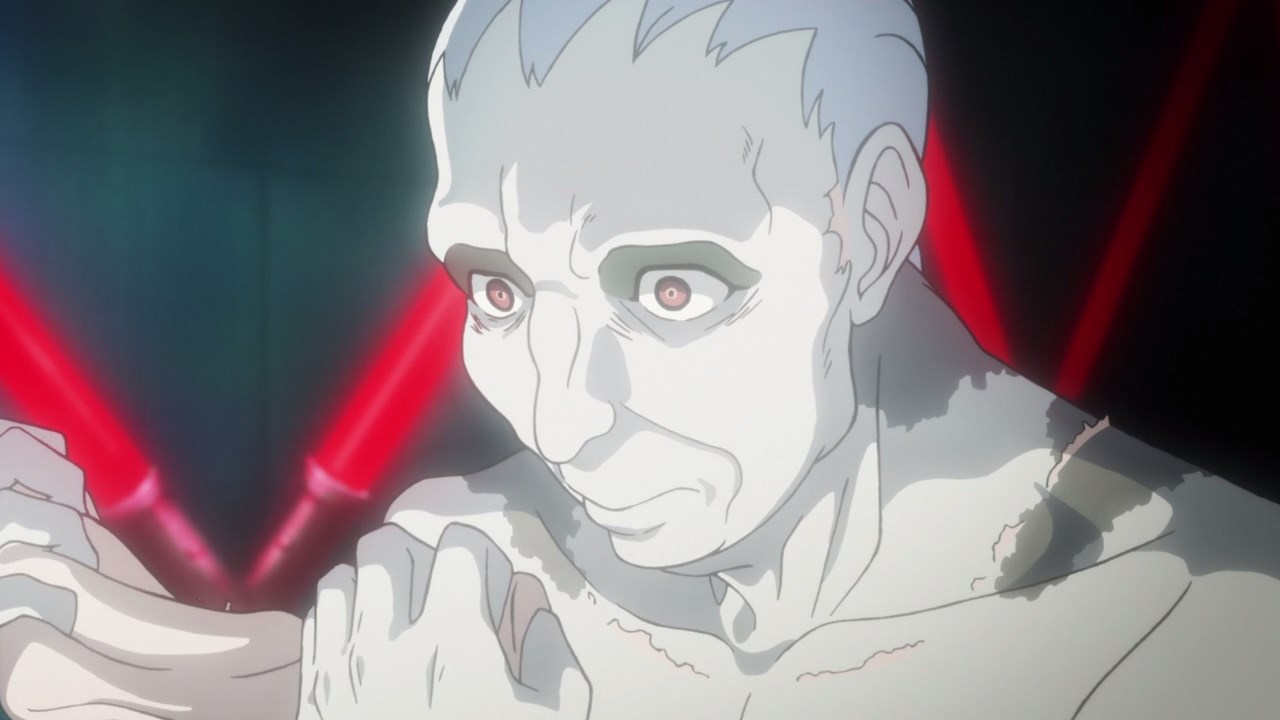 Oh, get a load of this as the old lady is actually Janome where the mastermind behind the Karasumori clan massacre is gonna use Asahi Nakamura as bait for Sawa Yukimura.

Also, it’s revealed that Janome was once Yoshinobu Tokugawa’s right hand man before the shogunate declared him as a threat to the government. Of course, Janome is not working alone. 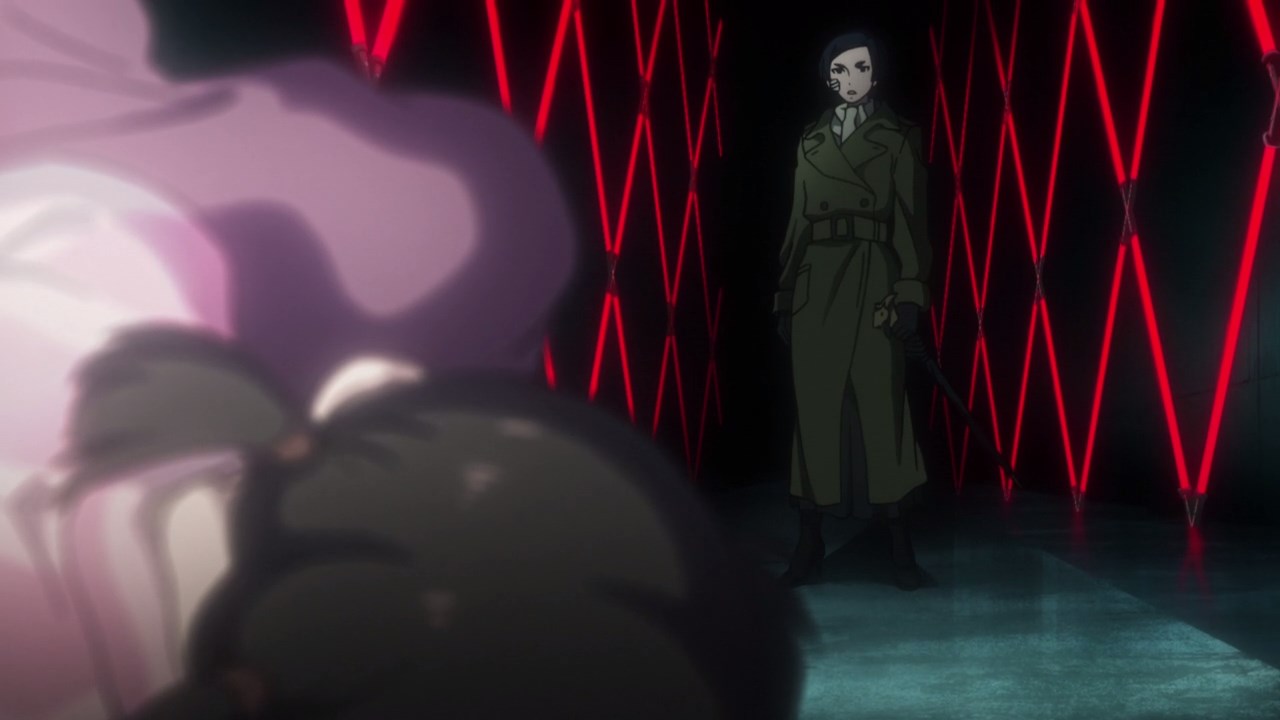 You see, Makoto Tsukishiro is actually in cahoots with Janome, although we don’t know why she’s working with the scientist who created Changelings using the blood of the Karasumori clan?

Well then, looks like this series has become more interesting thanks to these revelations, although the question is who will have the last laugh? Anyways, tune in next time to find out!