I’m just gonna start this post with this image as what you’re about to see is not really safe for children.

And oh boy, that’s Sayu Ogiwara right here as she’s having sex with a random guy. Damn, this is hot!

Except that Say doesn’t feel anything when she’s being fucked with a stranger. Not the greatest way to start an episode. 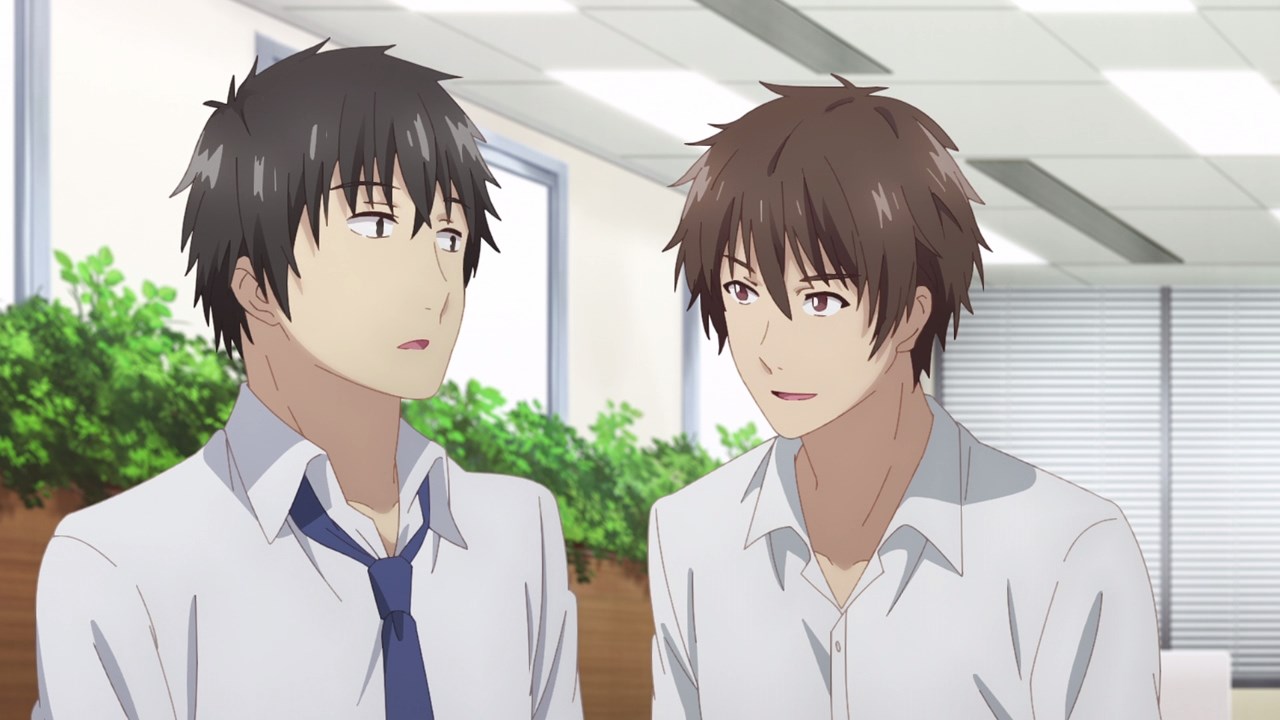 But now, let’s move onto Yoshida-san where he got called-out by his fellow co-workers about a rumor that he got a girlfriend, although that’s not true because Yoshida got rejected by Gotou-san recently so it’s not possible. 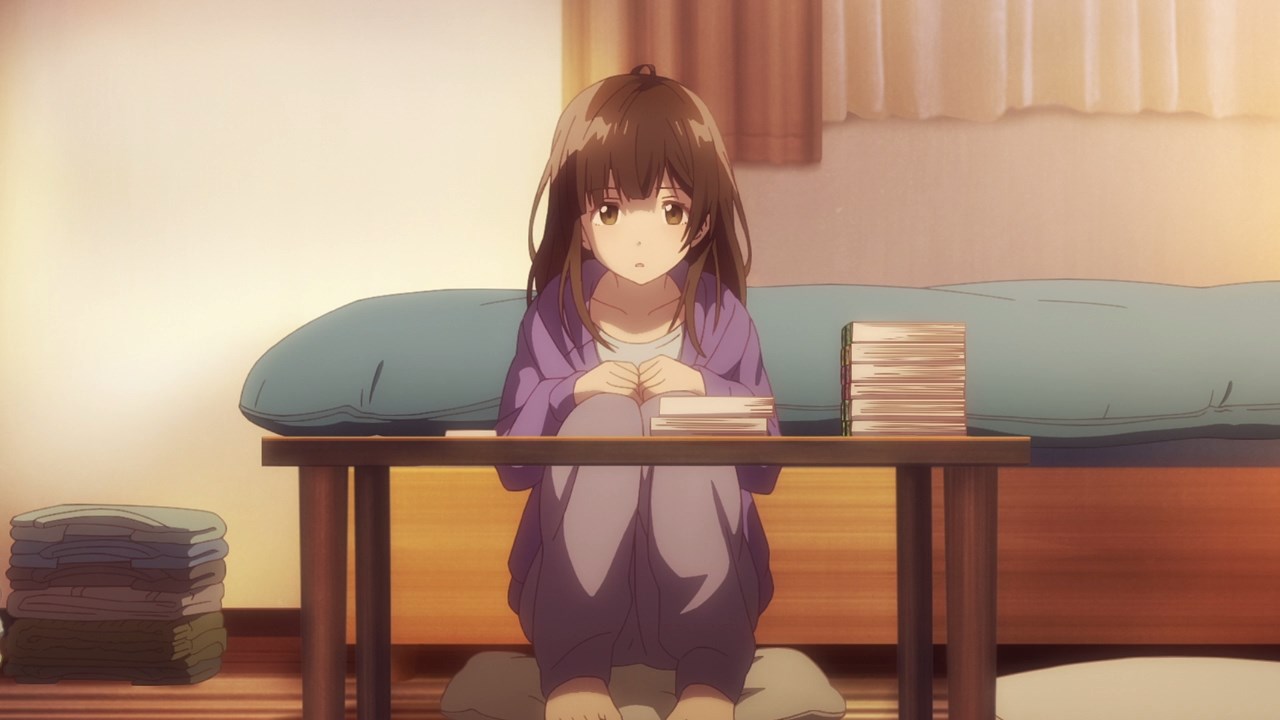 Sure that she can spend some time reading manga, but Sayu can’t do anything besides doing chores. 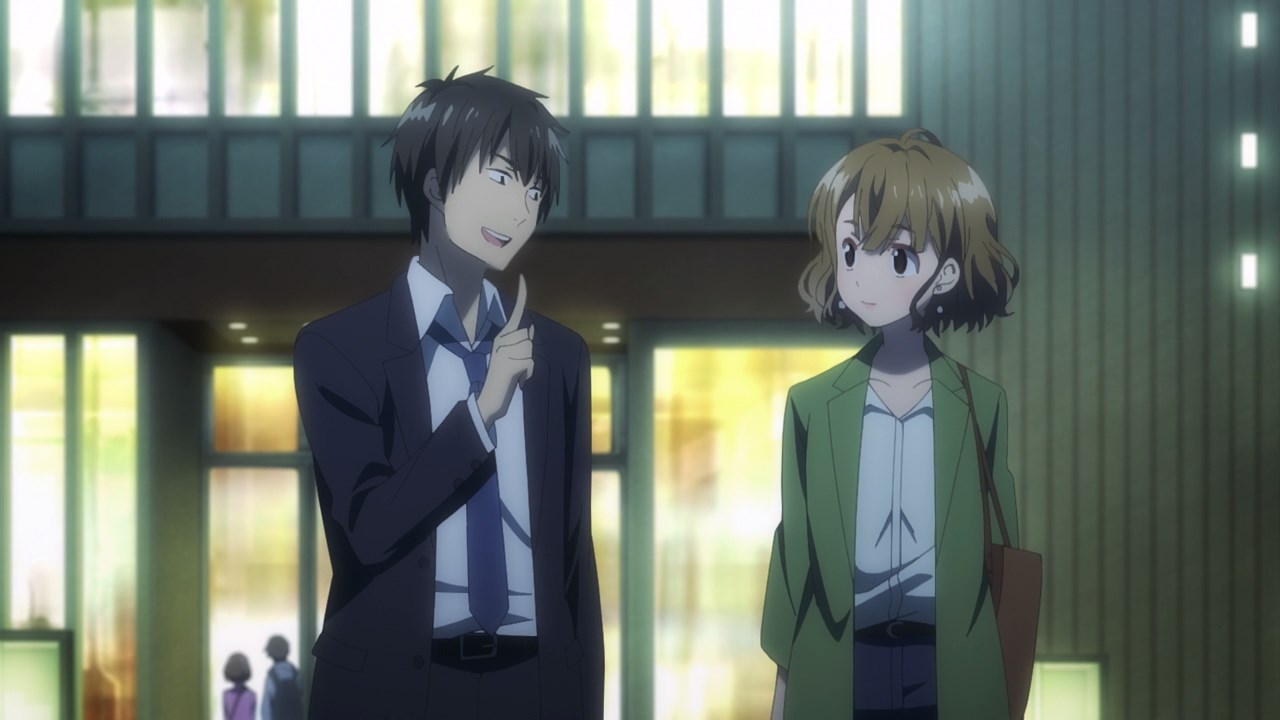 Now let’s return to Yoshida-san where he got invited by Yuzuha Mishima to see a movie.

Gotta say that he’s satisfied, although Yoshida is not pursuing Mishima as his girlfriend because he still can’t get over with his boss Gotou-san. 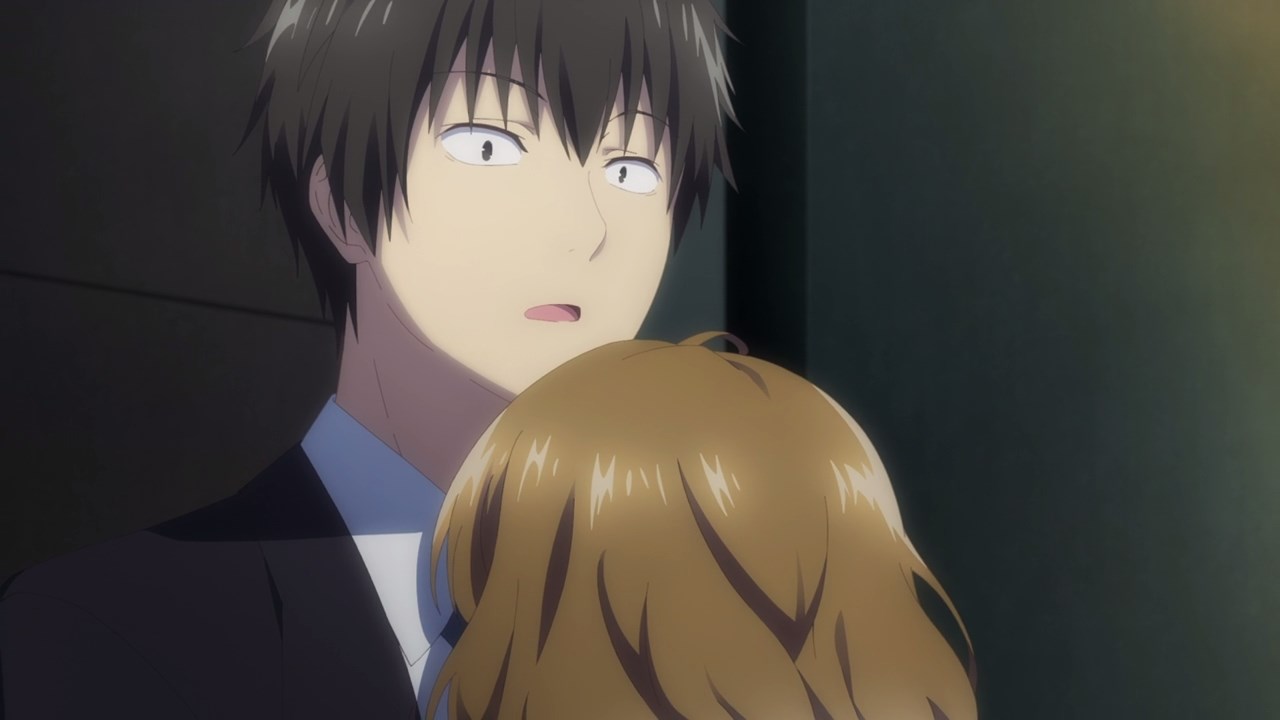 Of course, Yuzuha Mishima decides to hug her senior because c’mon, she has a crush for Yoshida-san. Let’s hope that no one will see Yoshida-san being hugged by- 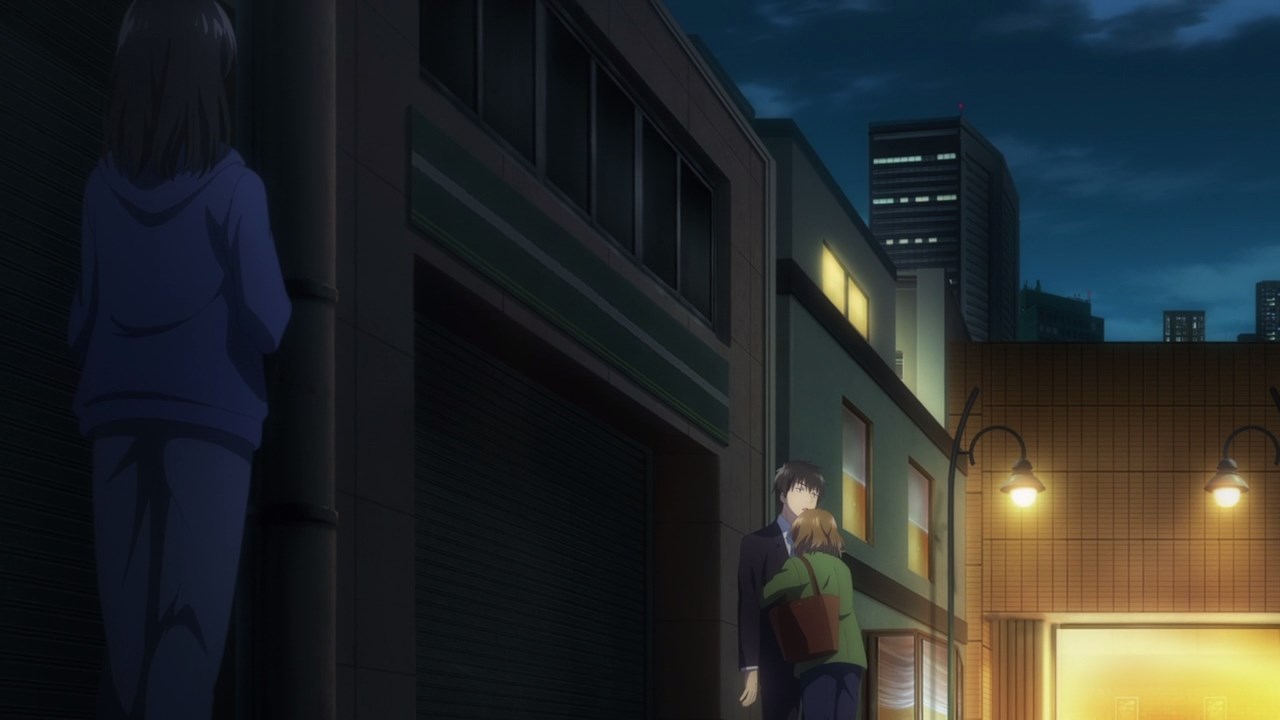 Oh wait, a certain runaway high school girl decides to get out of the apartment, only to find out that Yoshida-san is hanging out with a woman. Bad timing there! 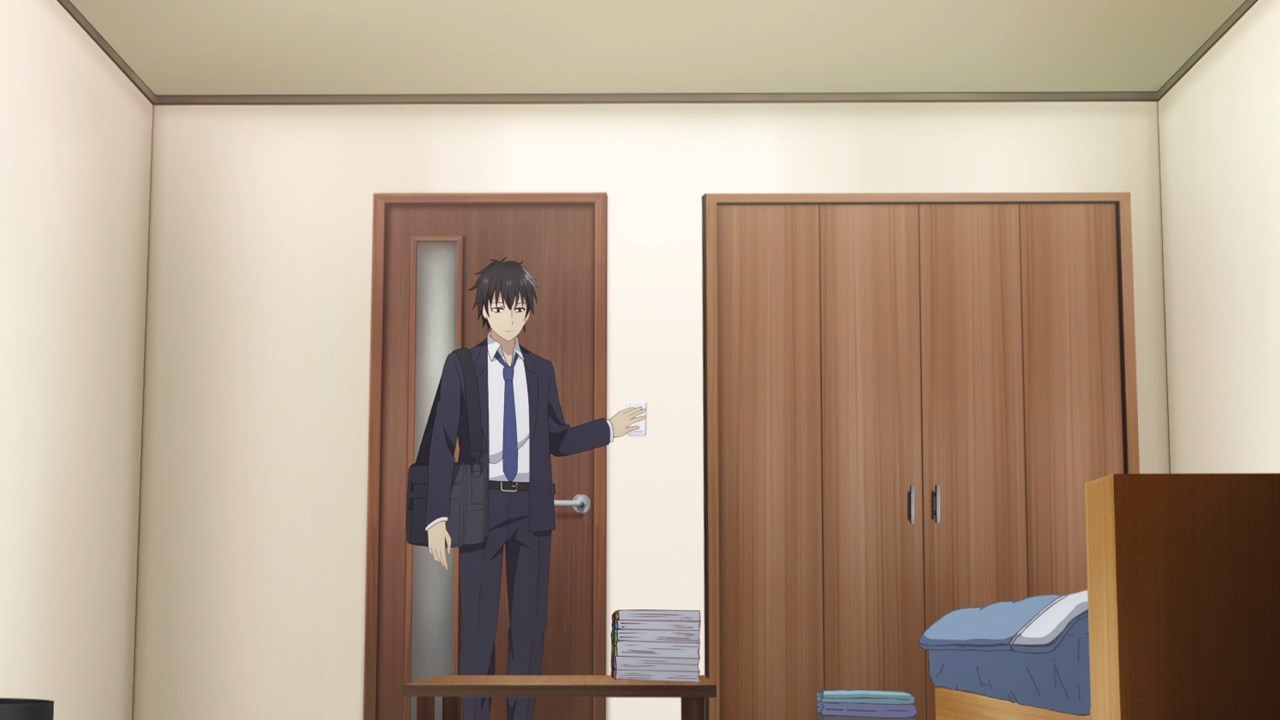 Now let’s return to Yoshida-san where he finally arrive home, only to find out that it’s empty. Man, looks like he’ll have to find Ogiwara in the middle of the night. 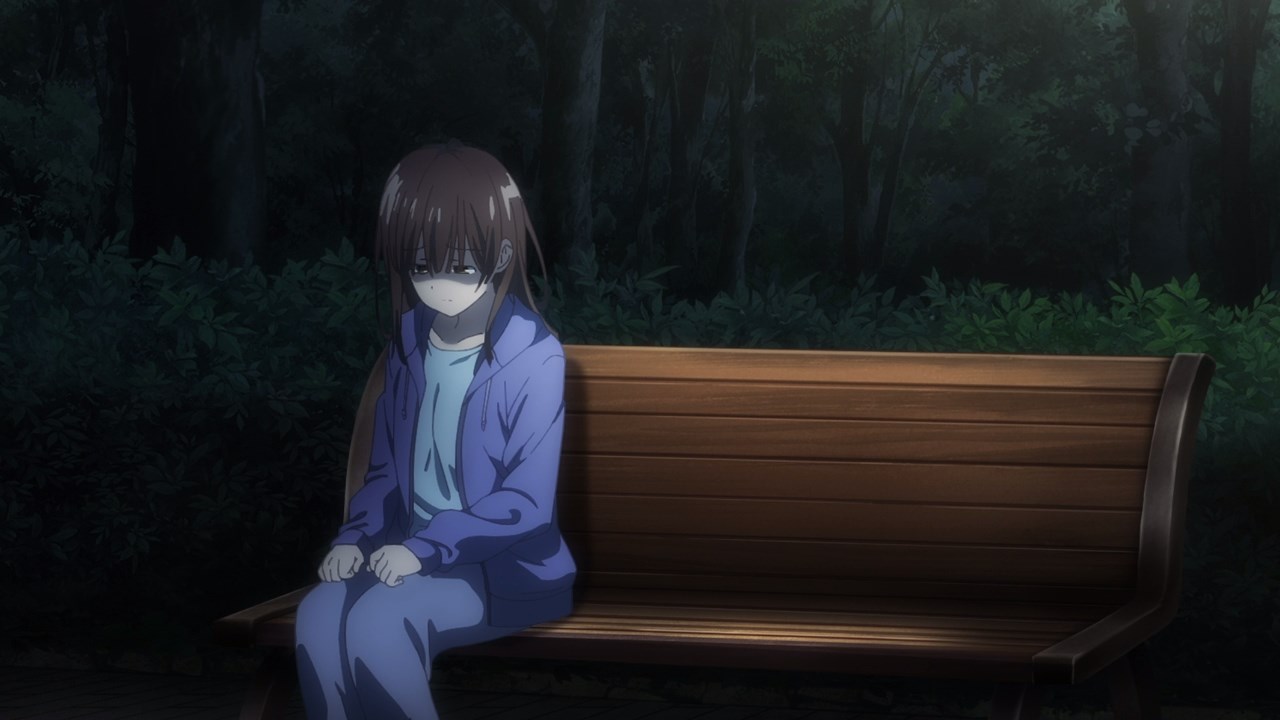 Speaking of Sayu Ogiwara, she’s at the park where Sayu is feeling jealous that a woman approached Yoshida-san.

Oh boy, I feel that Ogiwara is starting to fall in love with an older guy for reals. 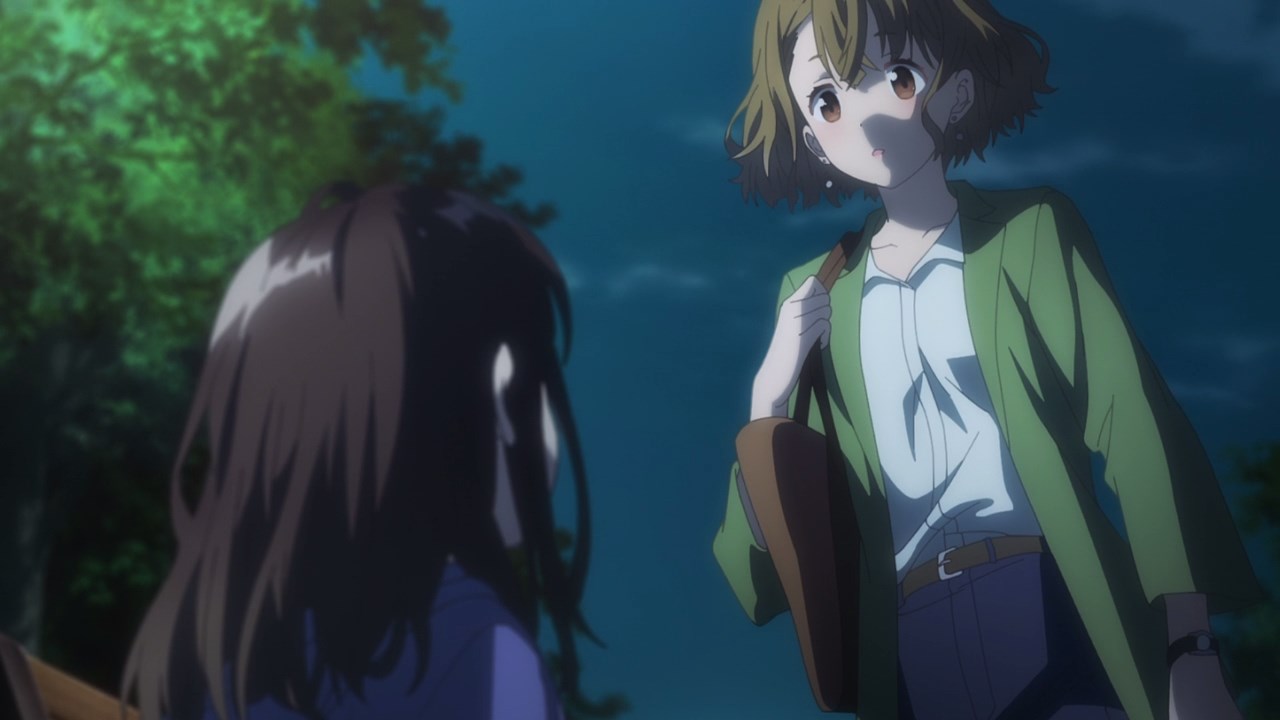 On the other hand, it appears that Yuzuha Mishima found Sayu Ogiwara, which is very bad since Mishima doesn’t know that Yoshida let a high school girl stay at his apartment. 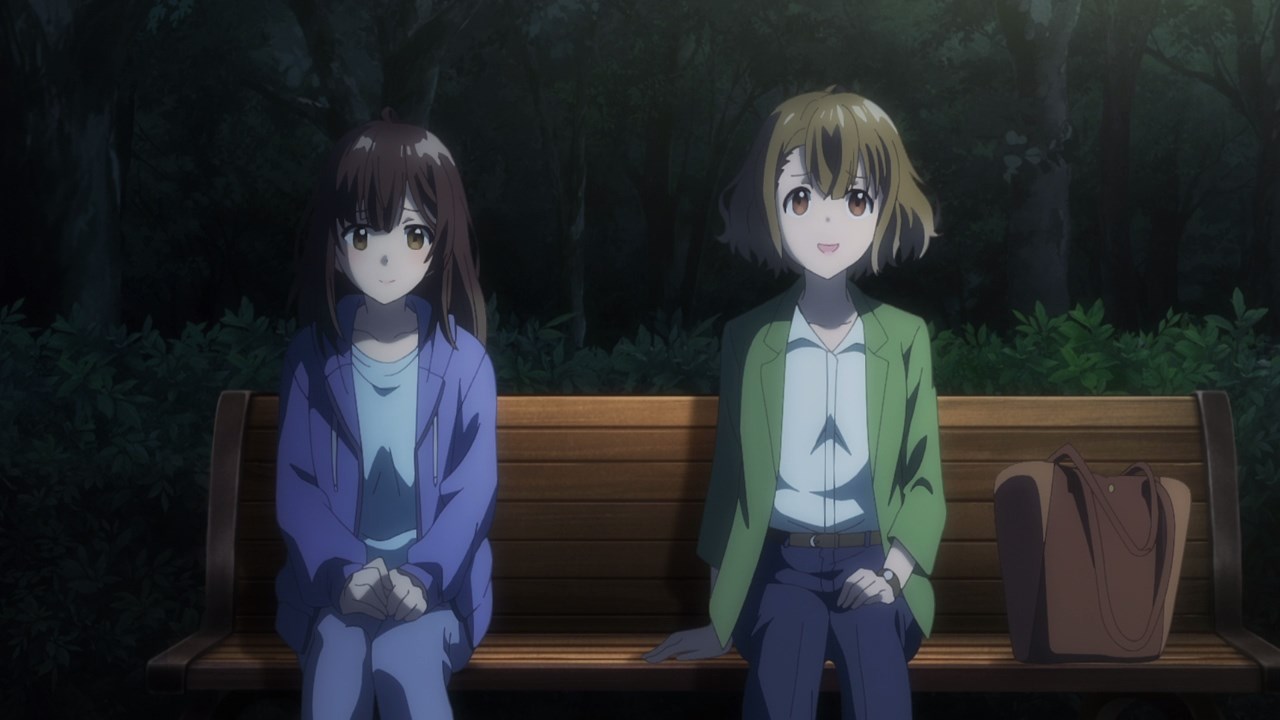 Regardless, Yuzuha Mishima have a heart-to-heart talk with Sayu Ogiwara.

Sure that running away is bad since everyone would be worried (except for the fact that Sayu’s parents doesn’t seem to care), Yuzuha told Sayu to put her unconditional faith on someone she really cares about. 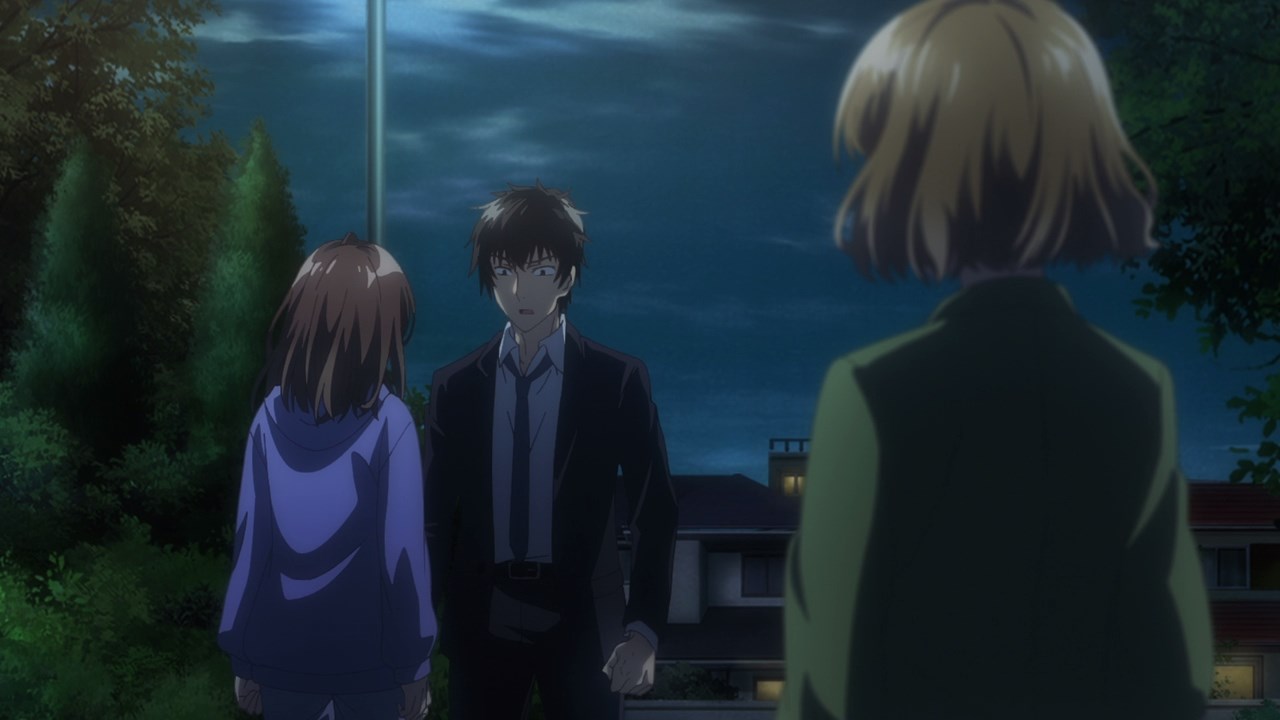 Oh by the way, that person has finally arrived as Yoshida-san is here to pick Ogiwara up. I mean, it’s bad that a high school girl strolls around at night. 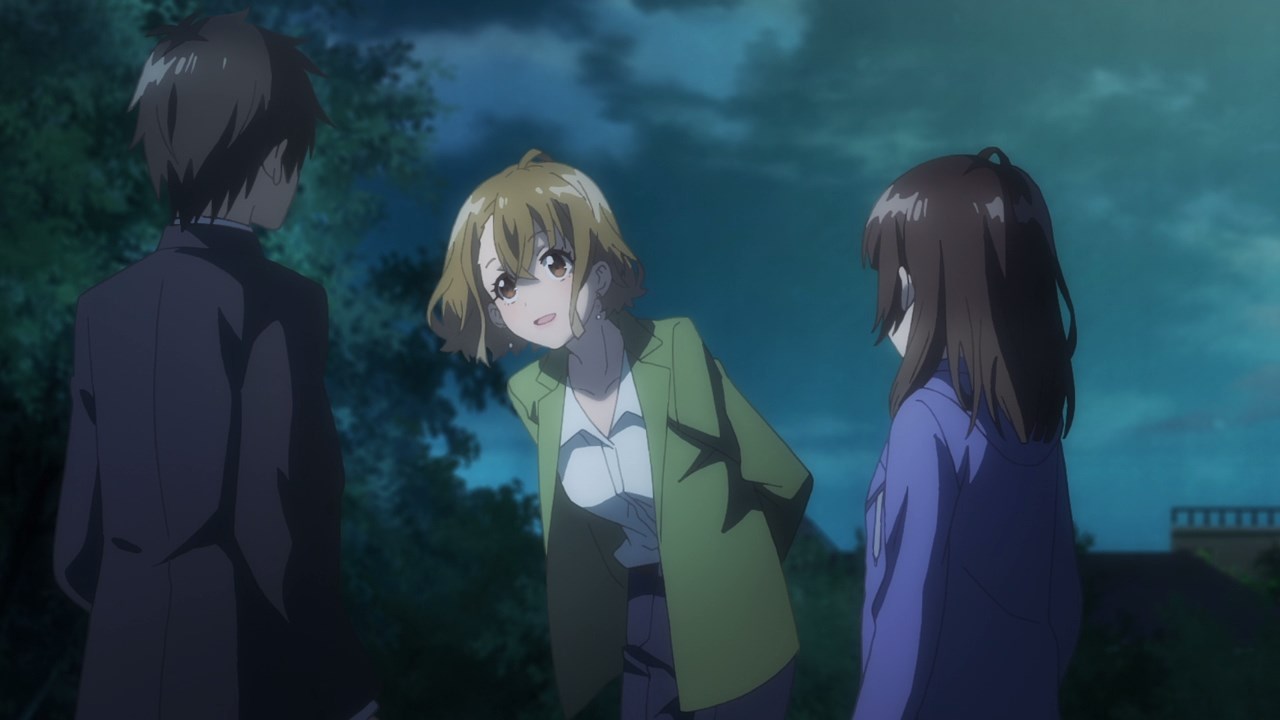 Of course, there’s Yuzuha Mishima where she can’t believe that her senior has a runaway high school girl as his roommate. Oh boy, she’s gonna call the police soon!

Just kidding, Mishima won’t do that as there’s no way Yoshida would ever do something terrible to Ogiwara. C’mon, Yoshida-san tries to stop Sayu’s seduction whatever he can. 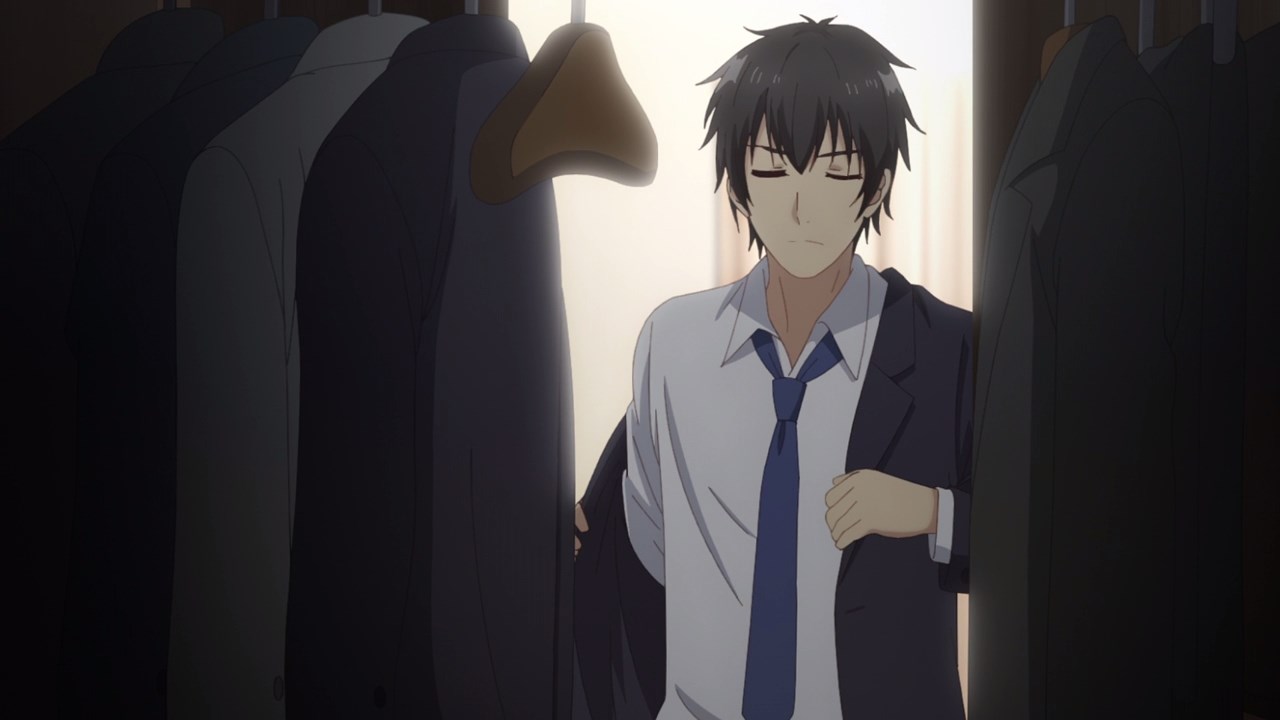 With that said, Yoshida-san took Sayu Ogiwara to his apartment so it’s all good, right? 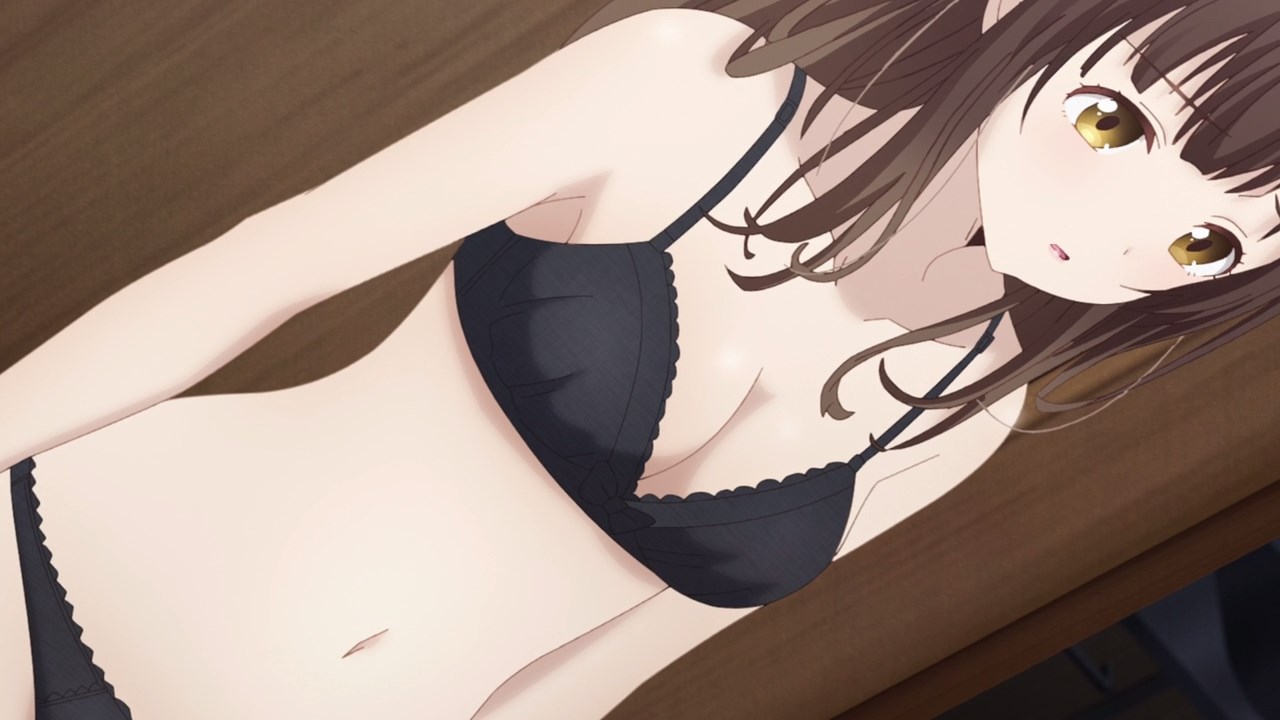 Well, there’s Sayu where she’s wearing nothing but her lingerie as Ogiwara tries to seduce Yoshida-san.

Of course, that would resulted in Yoshida kicking her out of his apartment since he doesn’t want his life ruined by a runaway high school girl. 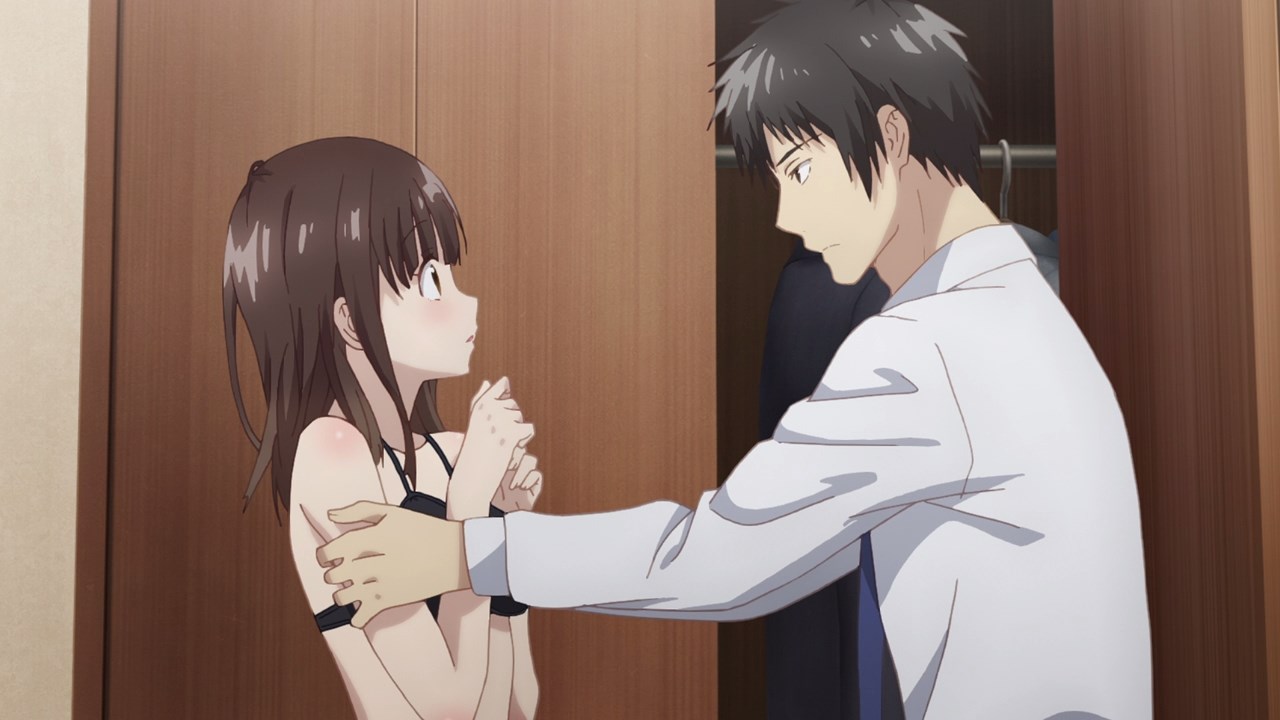 So therefore, Yoshida-san told Sayu Ogiwara to stop because for one, he doesn’t love her as a woman. Two, he doesn’t need any sexual favors from Ogiwara since Yoshida is satisfied on just having her by his side. 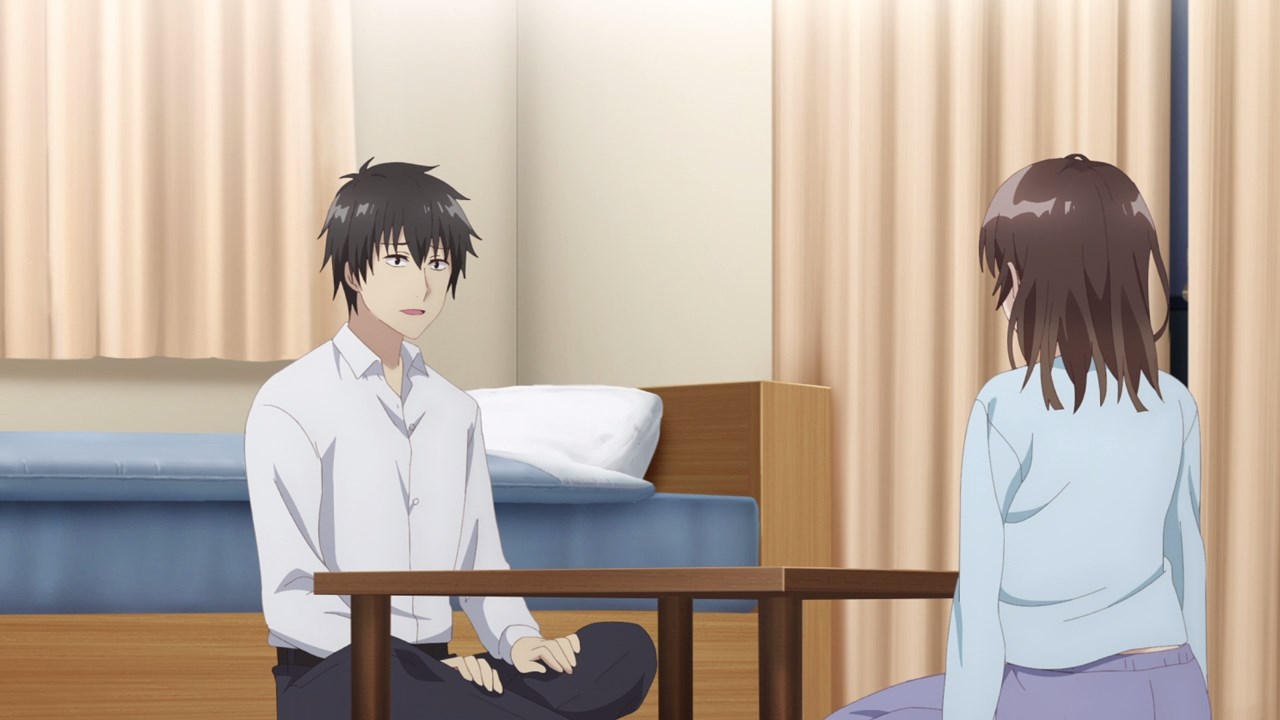 With that said, I have to say that Yoshida-san really treats Sayu Ogiwara as an ordinary girl rather than a prostitute ’cause there’s no need for Sayu to use her body just to stay under a roof of some stranger. 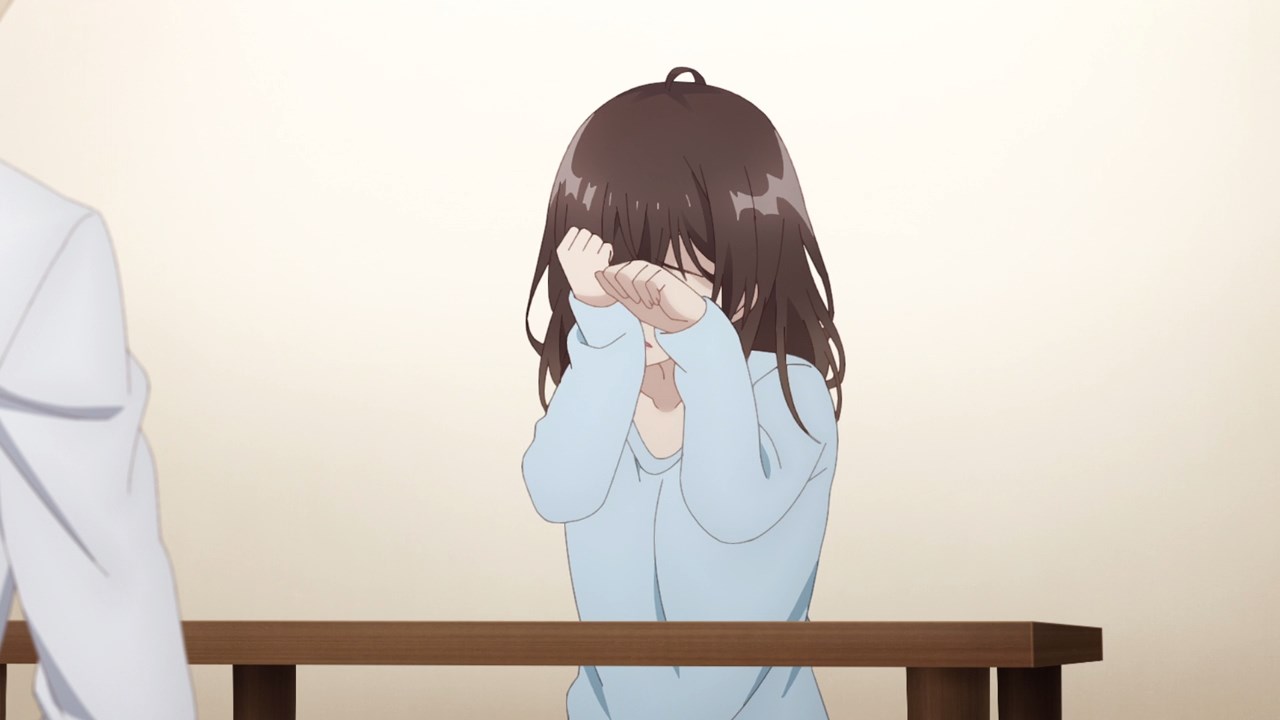 Speaking of Sayu, looks like she’s crying that Yoshida’s kind words hit her compared to various men that she encountered where they treat Ogiwara like a sex partner.

With that said, while Yoshida-san is happy to have Sayu Ogiwara around, I think this high school girl needs a part-time job. Well then, I’ll see you next time!